My plans were well and truly scuppered today. The first one was to do a walk to Ward's Stone and Clougha Pike in the Forest of Bowland. I arrived at the Birk Bank car park near Quernmore, put my boots on and set off for the gate onto access land only to discover a sign saying that access land was closed today for shooting along with an open access restriction notice for 10th September showing a map of the closures. It must have been a last minute decision to apply for the 10th September as it wasn't one of the dates listed in the restriction notices on the Forest of Bowland AONB website. So, I went back to my car, took my boots off and after a bit of thought decided to head for the Crook o'Lune which was only a few miles away. My second plan was to do a walk that I've done a couple of times before; follow the Lune Valley Ramble from the Crook o'Lune to Aughton, then make my way back via the hillside above. The problem this time was that a landslip in Lawson's Wood had completely taken the path away. So, in the end I had a gentle stroll by the banks of the Lune for a couple of hours in lovely late afternoon sunshine.

After parking in the Bull Beck picnic site car park I followed the cycle trail to the Crook o'Lune picnic site. I then took the trail of the Lune Valley Ramble east by the north bank of the river past the Waterworks Bridge and into Lawson's Wood. After discovering that the path had gone I turned round and took the concessionary path to the top of Lawson's Meadow for a long lunch on the bench there. Once back down I crossed the Waterworks Bridge and followed the footpath by the south bank of the Lune to where Bull Beck enters it. There I turned round and made my way back to the Crook o'Lune and then the car park at Bull Beck.
Route map 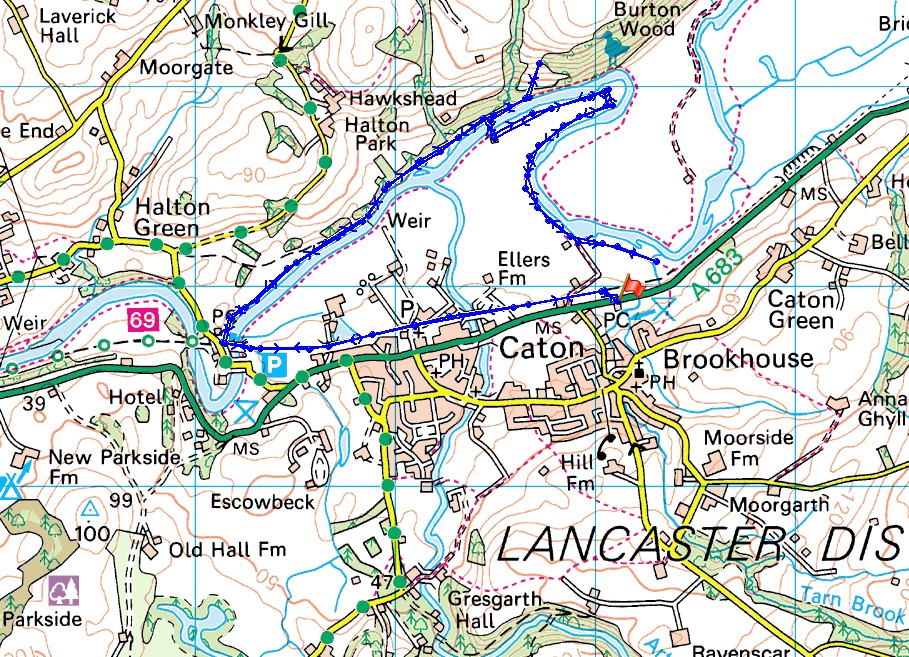 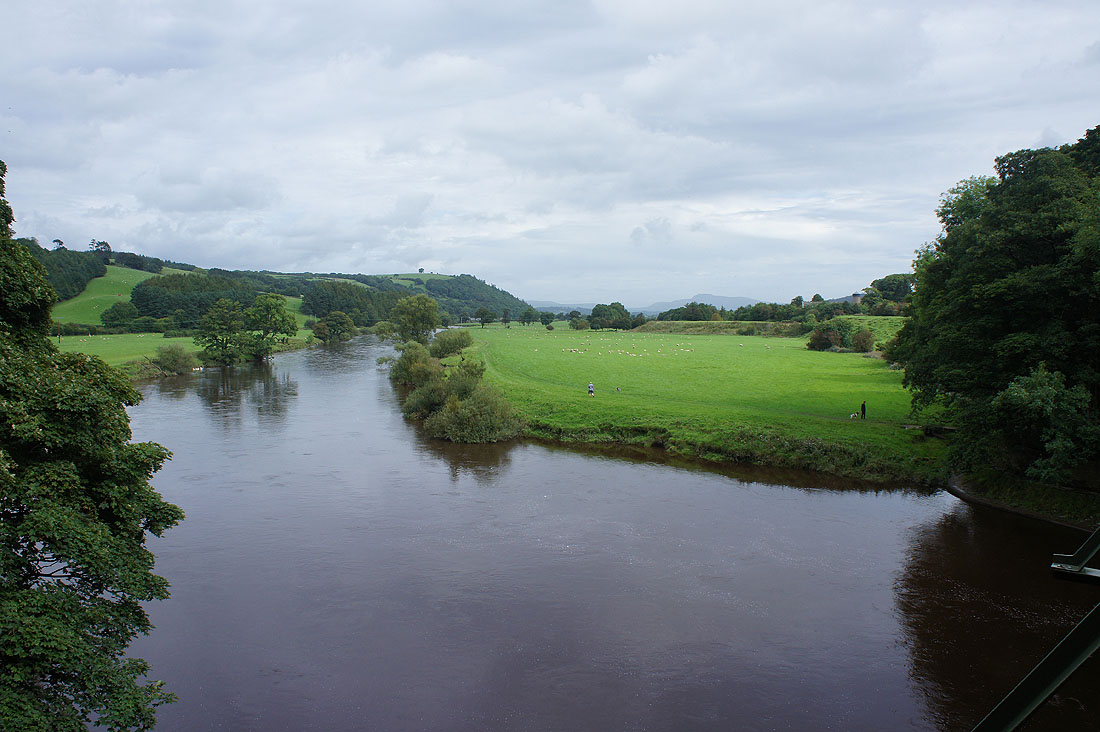 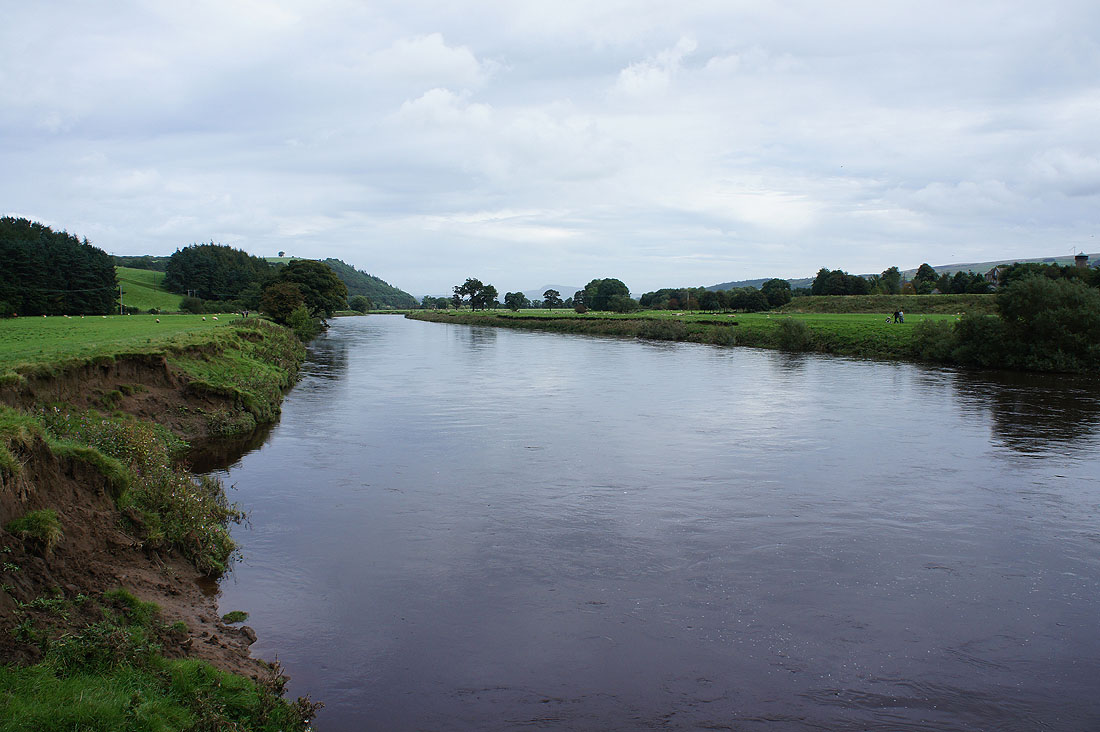 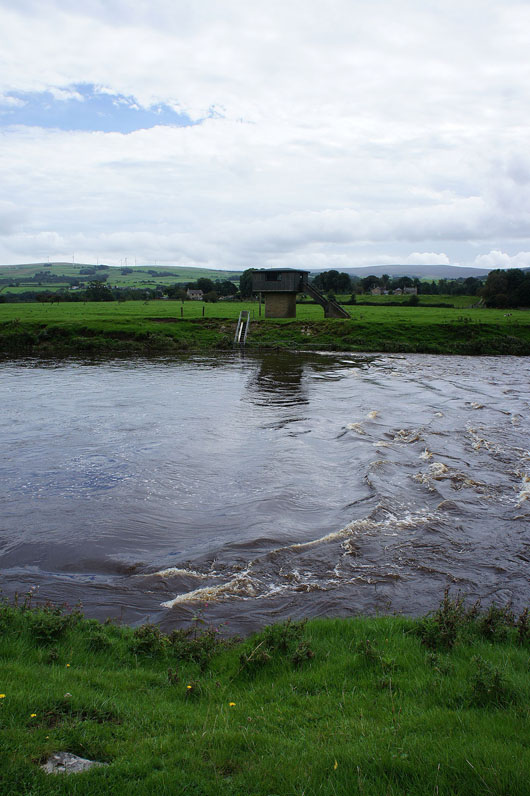 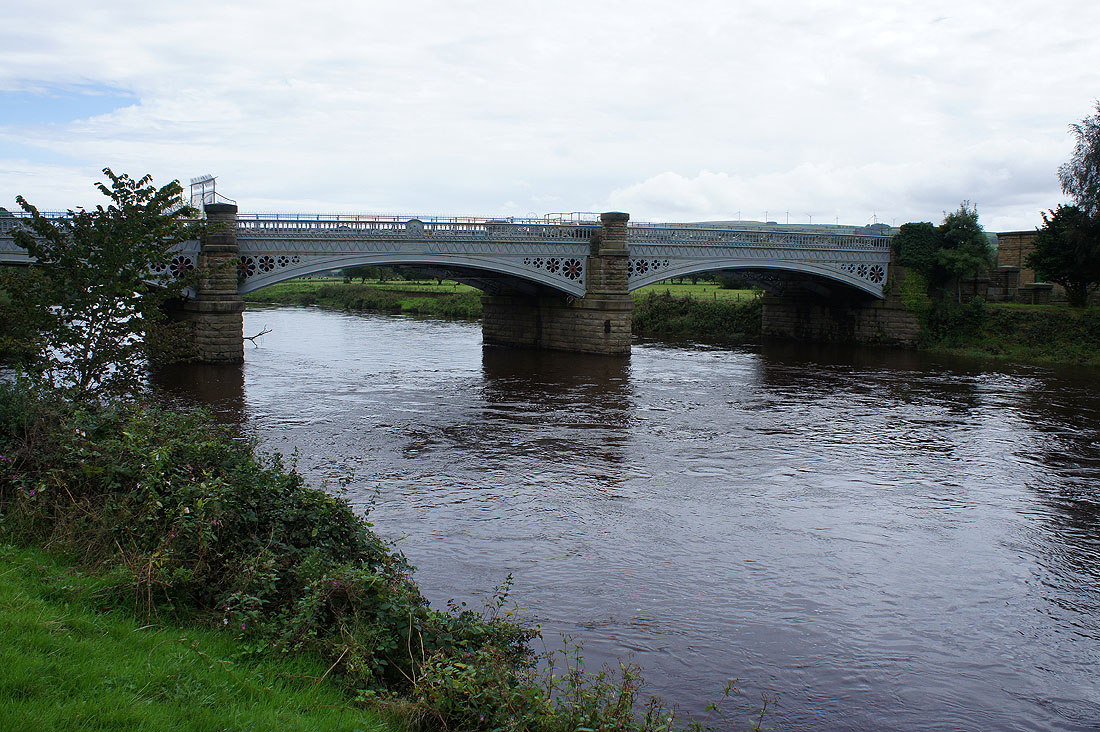 and the Waterworks Bridge 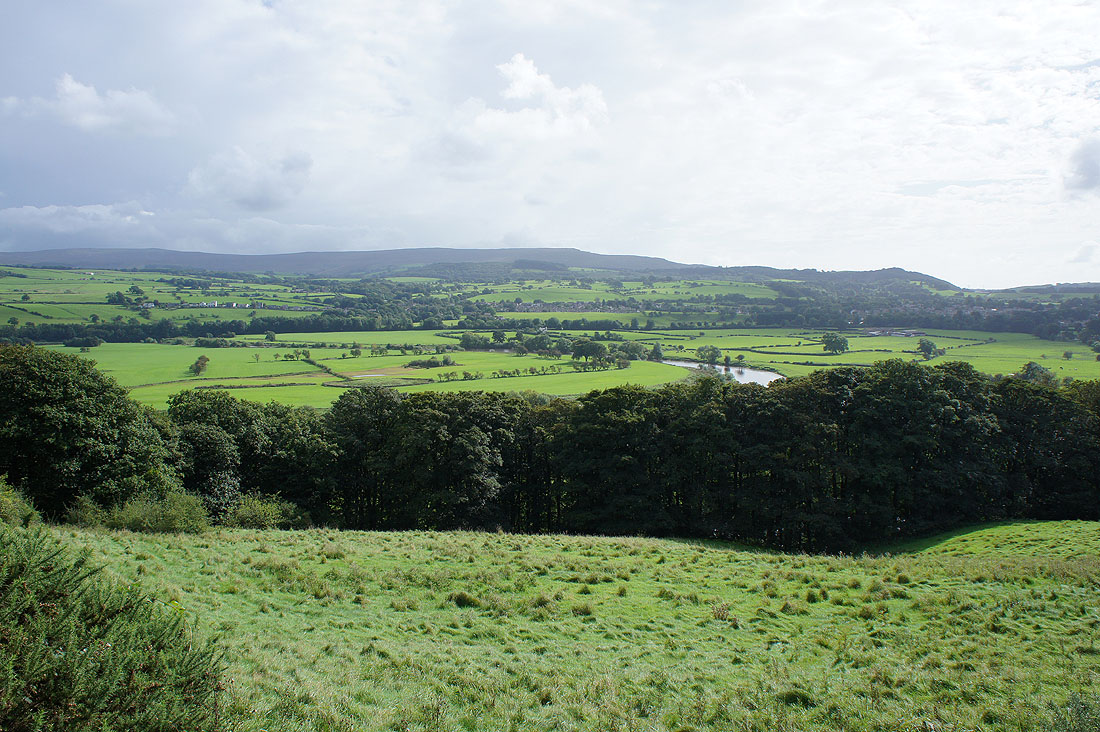 On discovering that the path east out of Lawson's Wood had gone I backtracked and made my way to a bench at the top of Lawson's Meadow where I had a long lunch. Looking across the valley to Clougha Pike. 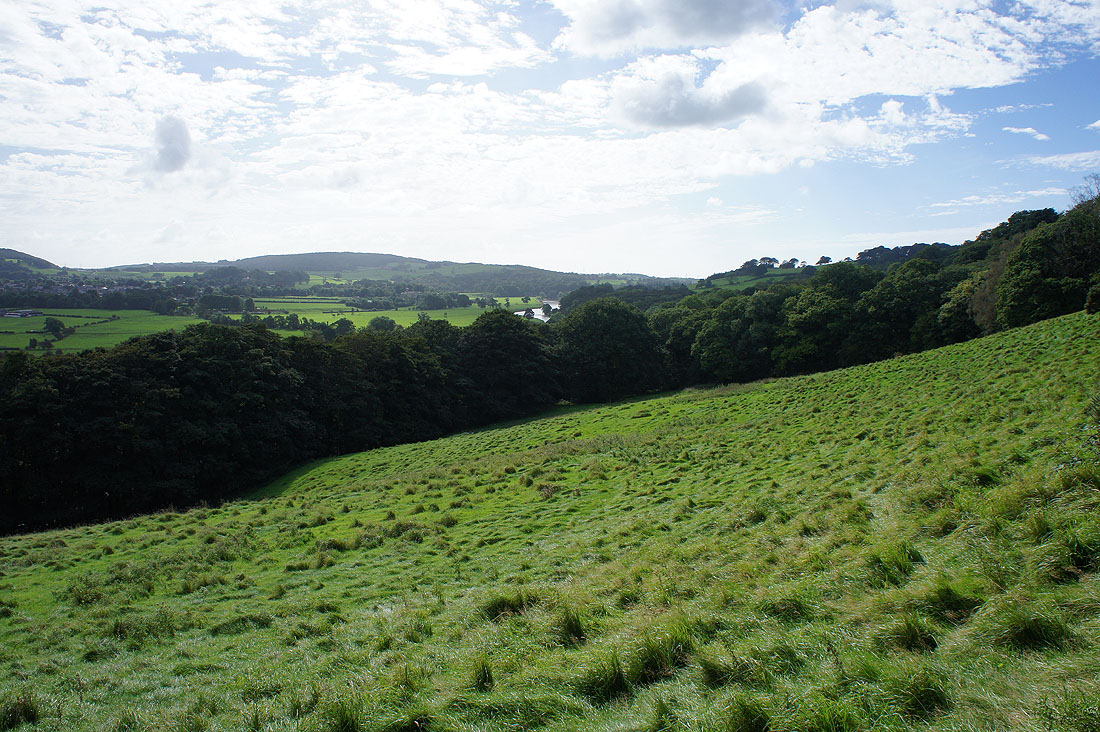 and down the valley towards the Crook o'Lune 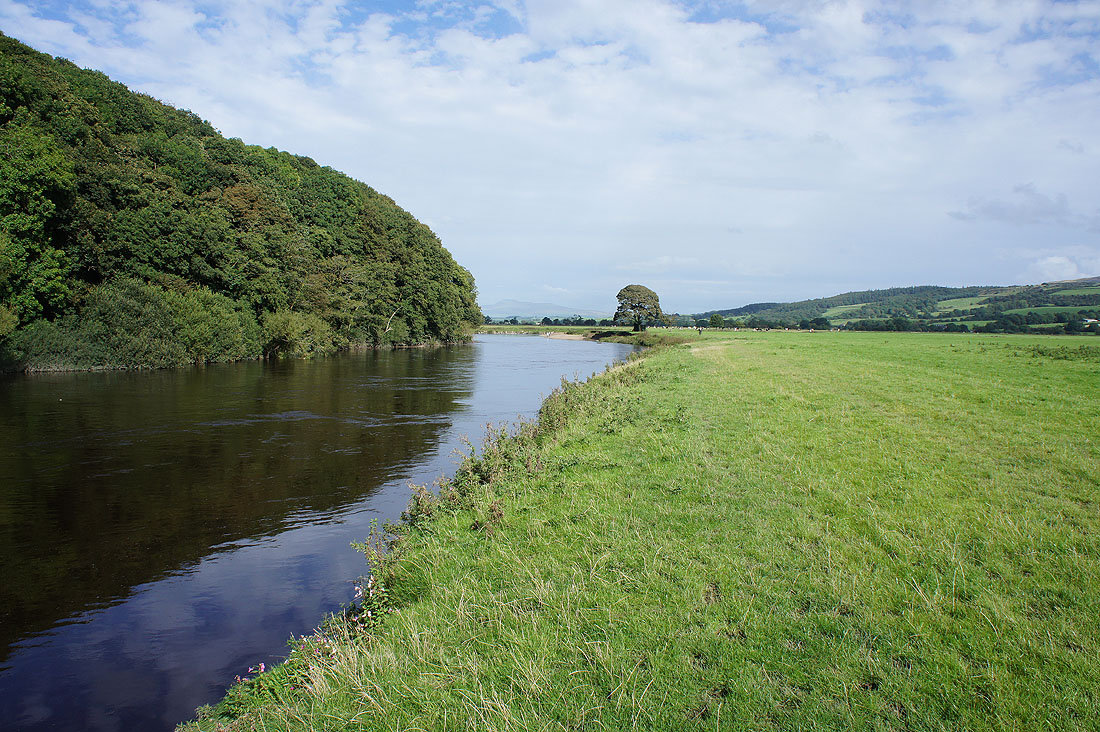 Back down by the river and after crossing the Waterworks Bridge I'm going to follow the footpath east by the south bank of the river. It's turned into a lovely second half of the afternoon. 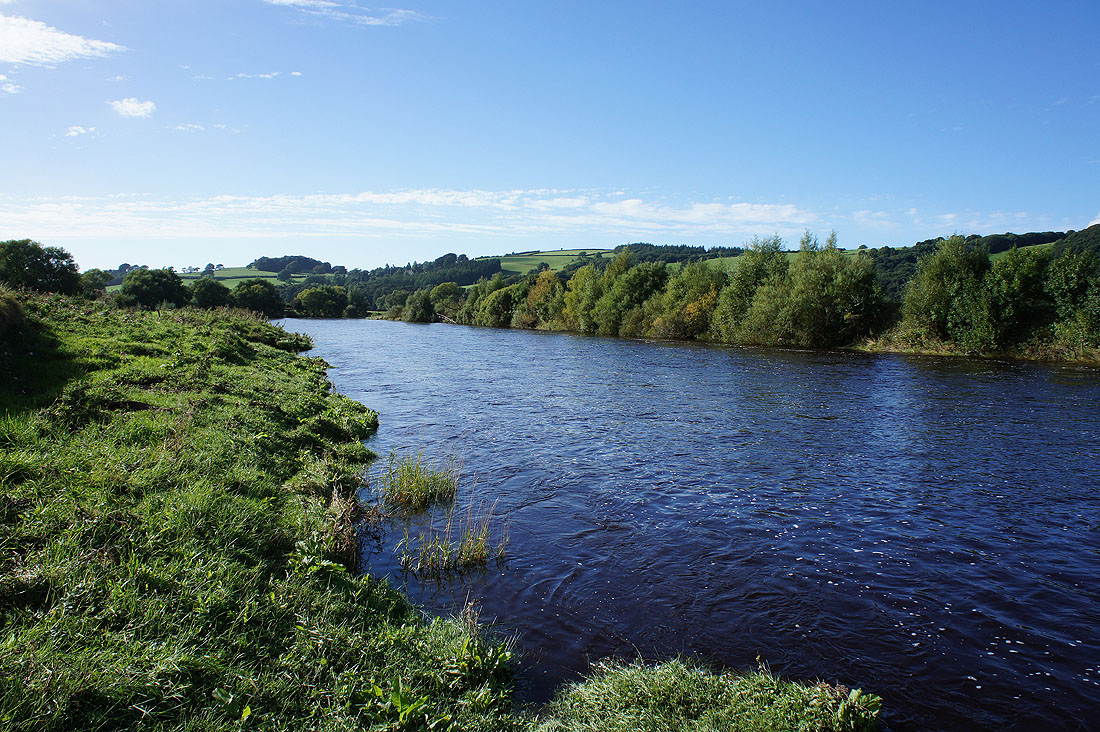 As far east as I'll go today, so I'll make my way back to the Waterworks Bridge 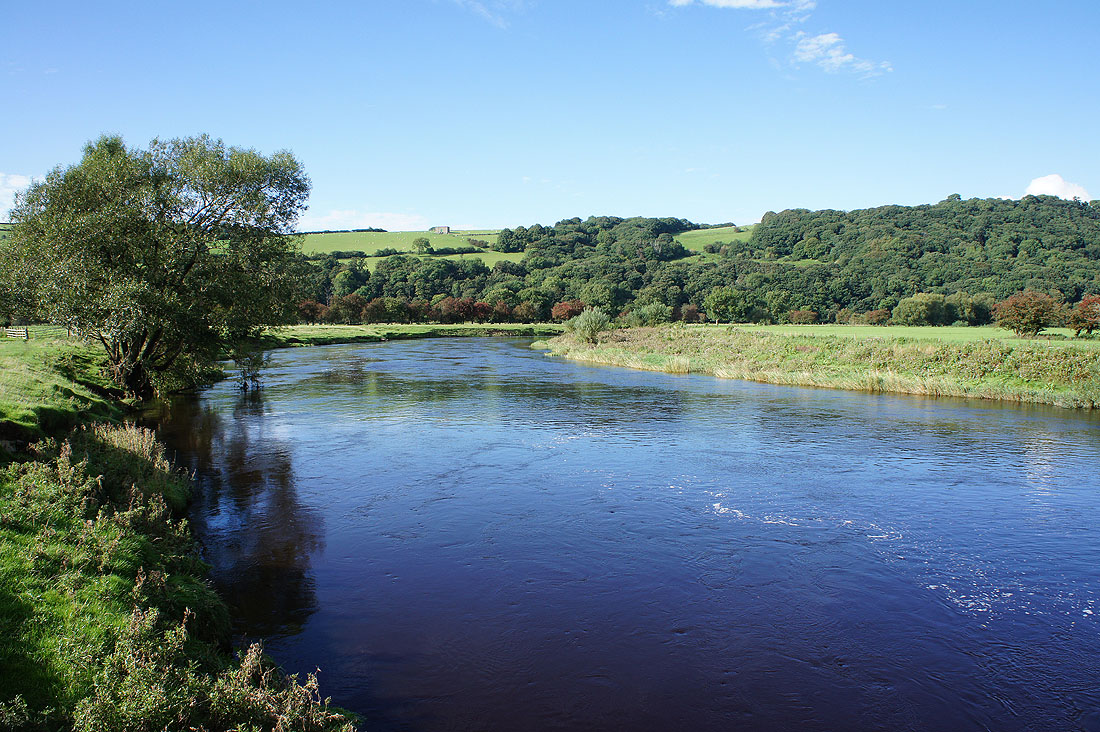 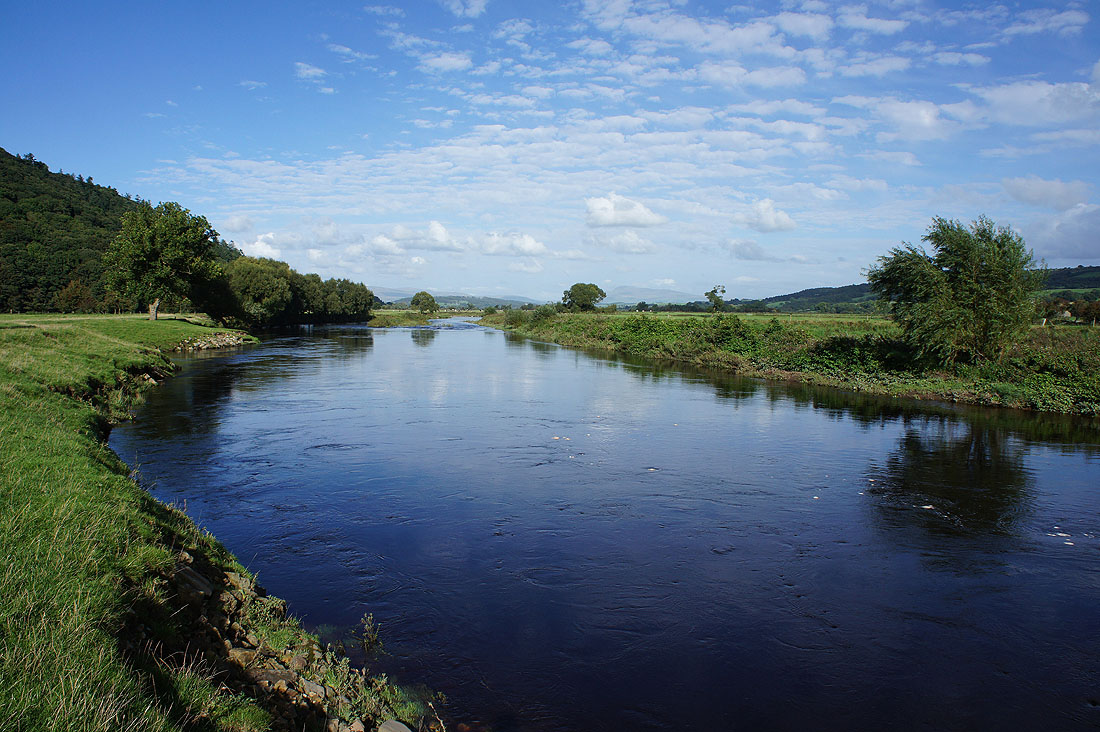 Beautiful riverside scenery with Ingleborough in the distance 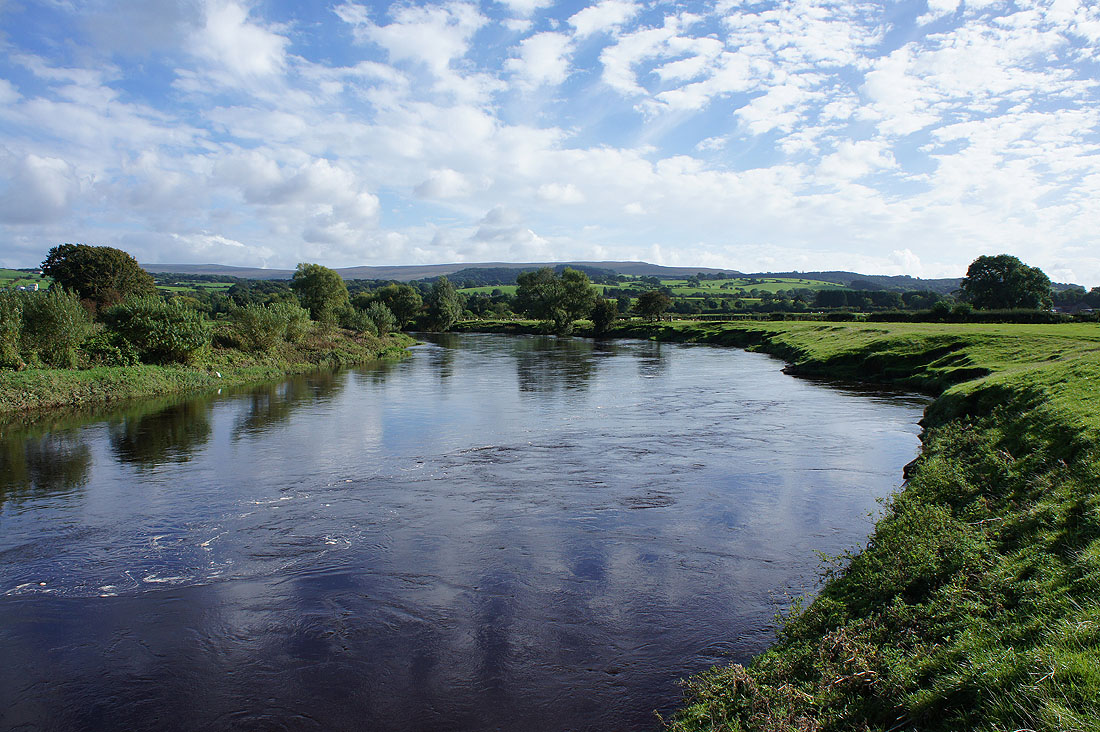 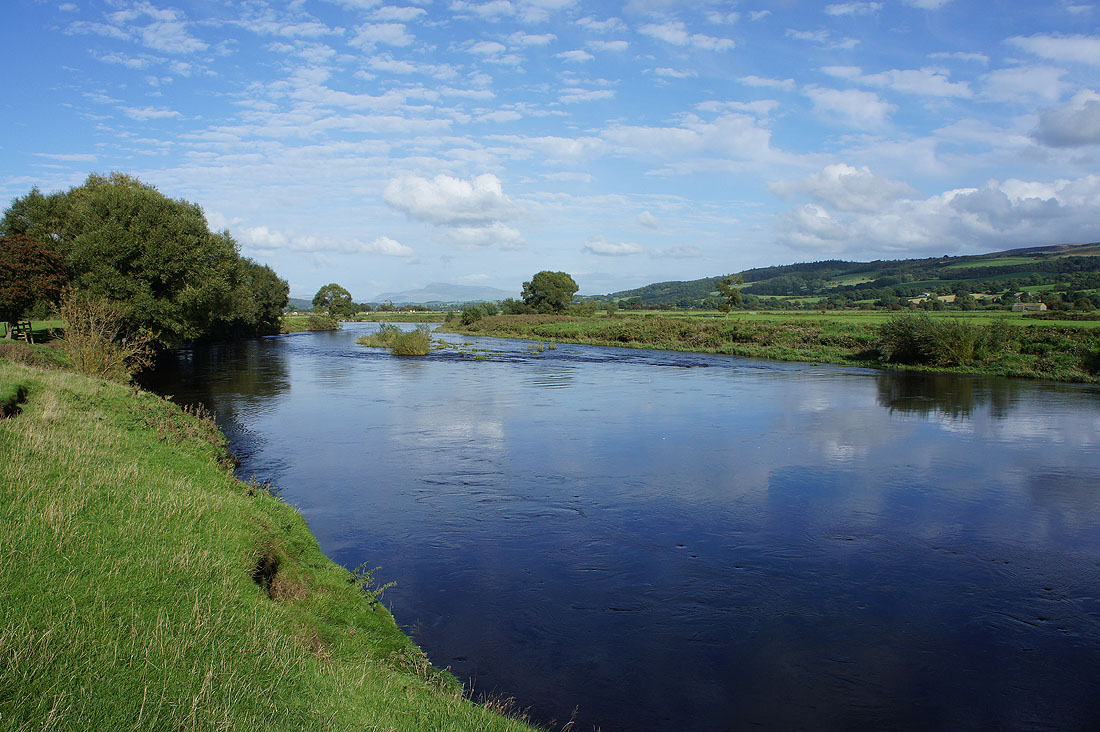 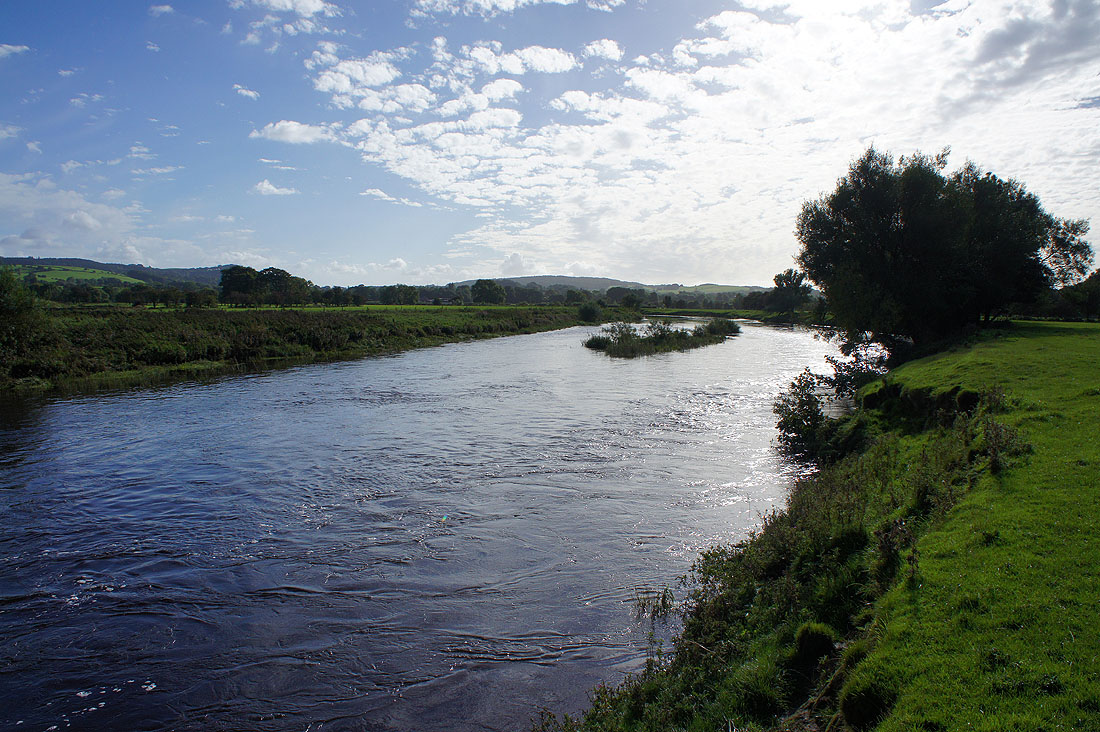 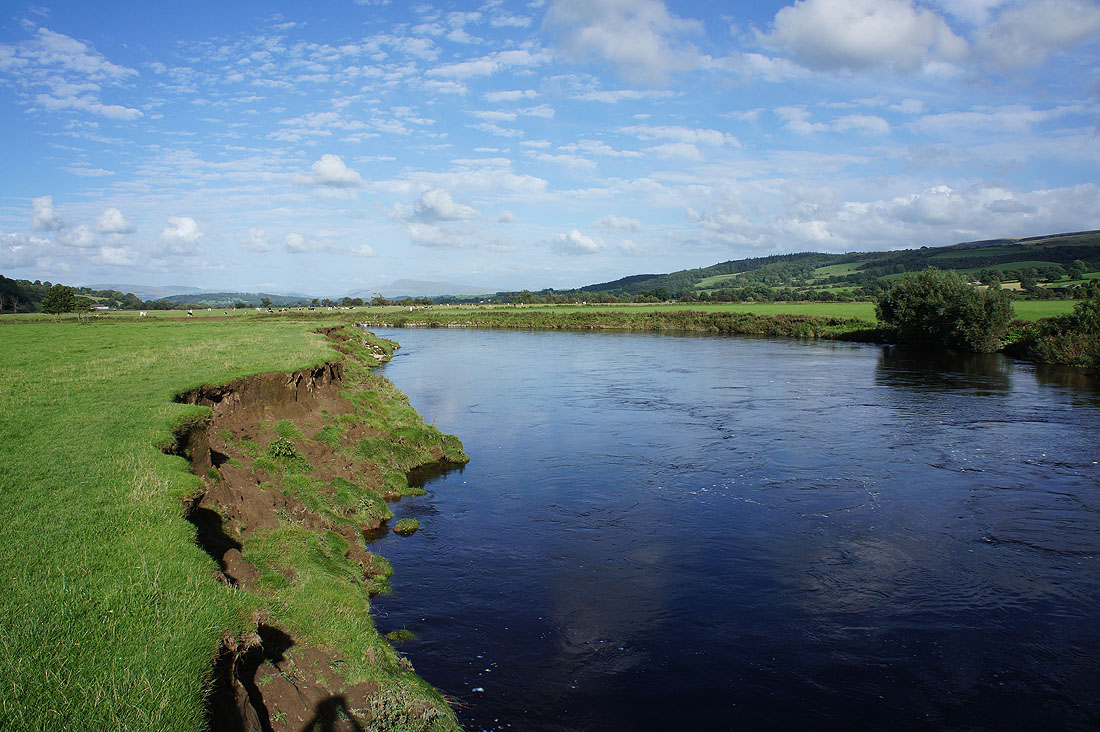 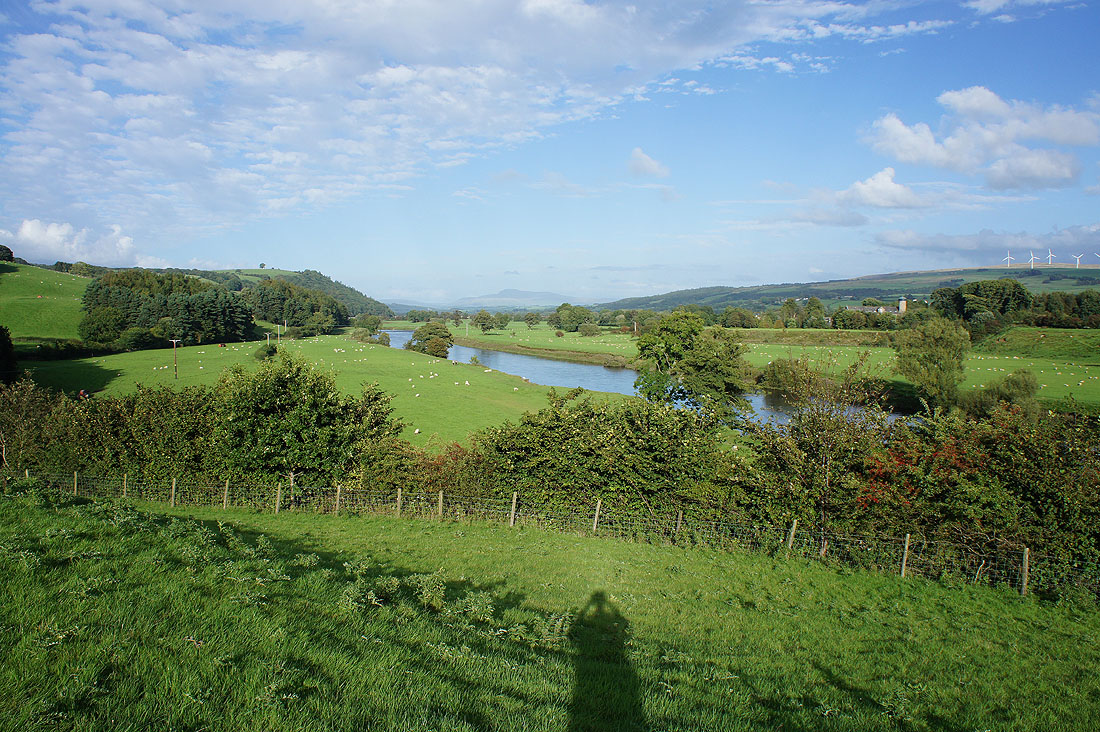 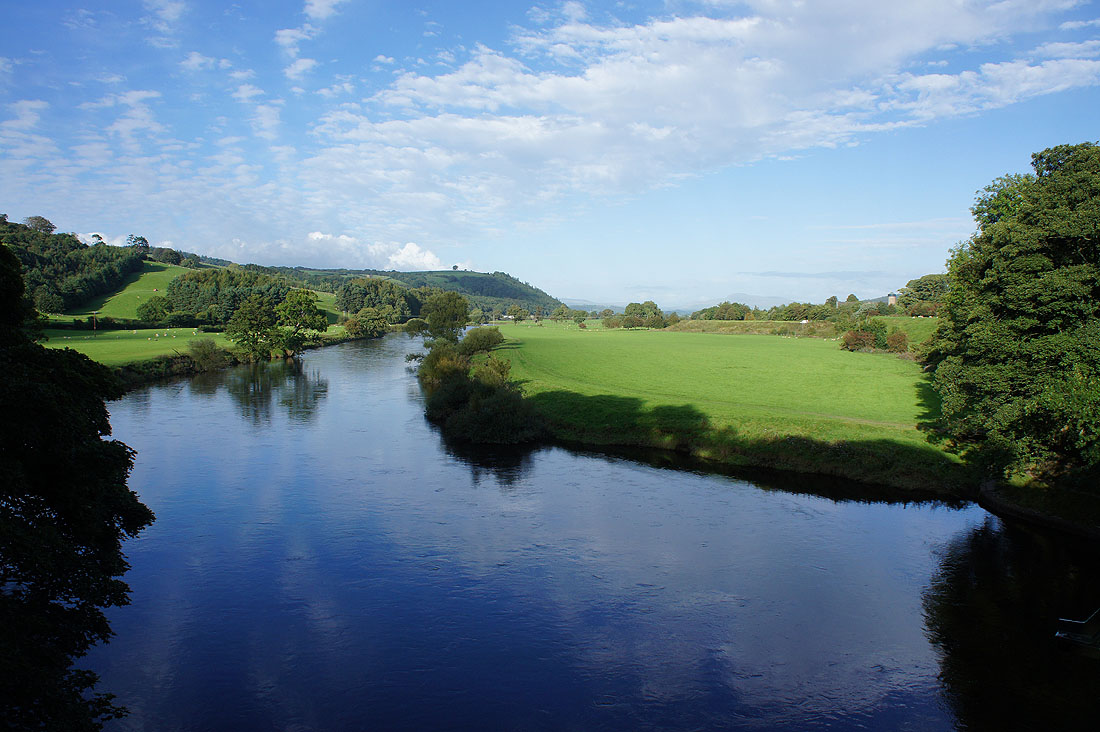 Across the bridge over the Lune for the walk back to the Bull Beck picnic site
Return to HOME
Return to Forest of Bowland, Pendle & West Pennine Moors Walks
Return to Walking Diary 2016