With last Friday and tomorrow off work I had no trouble in deciding to head out somewhere again today. I like four day weekends. However, there wasn't good weather forecast. With grey skies, fairly low cloud and a strong wind in mind I headed to the Peak District and Fairholmes by the Ladybower Reservoir in the hope that the high ground of Kinder Scout and Bleaklow would give some shelter. It did to a degree, the clouds were that bit higher but there was no sunshine to be had and it was even windier than I thought it would be. I'd initially planned to carry on across Rowlee Pasture to Alport Castles but the strength of the wind soon put paid to that idea and I probably would have been pushed for time as well. Alport Castles deserves a far better day than this for a visit. Still, it was an enjoyable, fairly low level walk and it had been more than four years since my only previous visit to Crook Hill and Bridge-end Pasture.

From the car park at Fairholmes I set off by taking the footpath that heads south by Ladybower Reservoir to reach the Ashopton Viaduct where I crossed the road and took the public footpath up to Crookhill Farm. After making my way round the farm and onto access land via a bridleway I climbed to the top of Crook Hill. With both tops visited I picked up a bridleway at the western edge of access land to head west across Bridge-end Pasture and by Hagg Side plantation to the crossroads of bridleways at Woodcock Coppice. It was here that I found a spot out of the wind to have my lunch. I then did a there and back up onto Rowlee Pasture (to see the view and just how windy it was) before taking the bridleway past Lockerbrook Farm down to Derwent Reservoir, where I was left with a walk along the road back to Fairholmes.
Route map 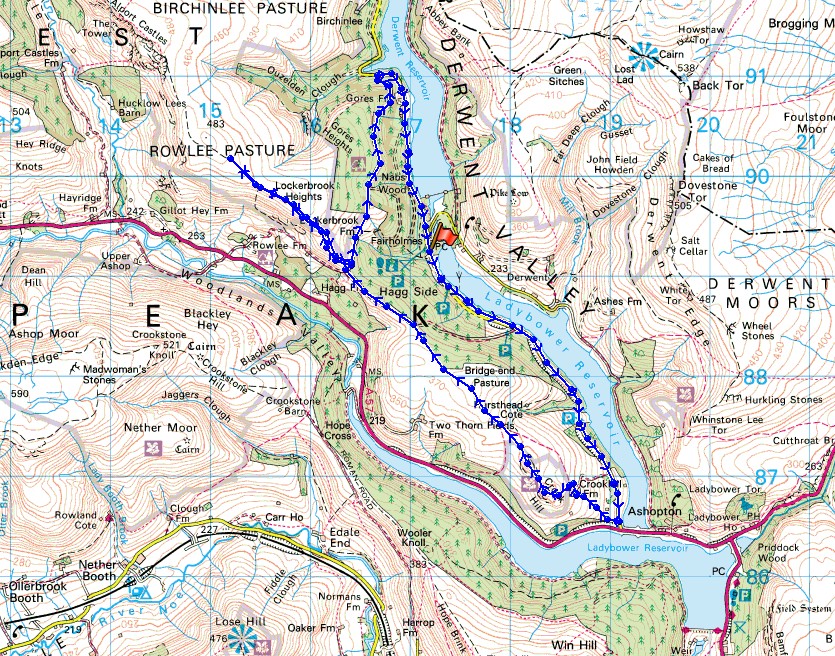 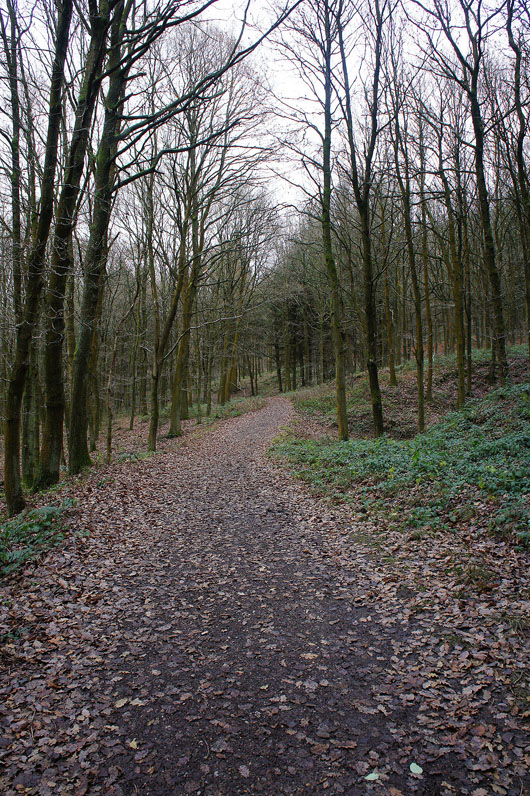 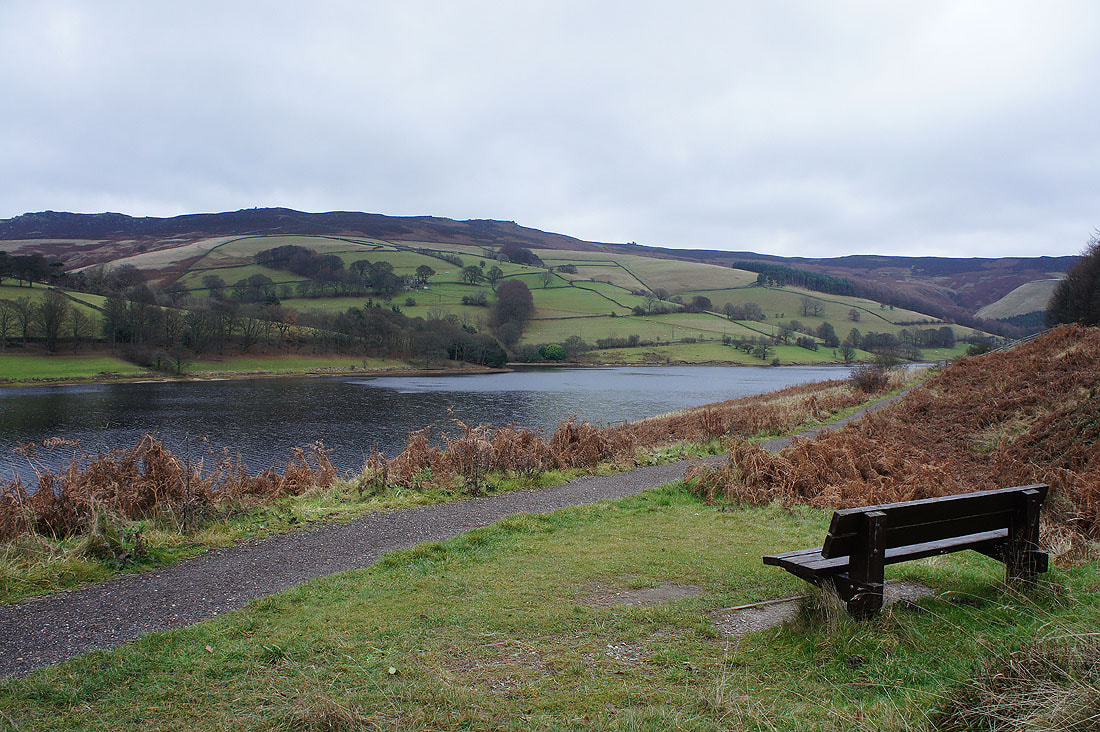 I get a good view of Derwent Edge for a time 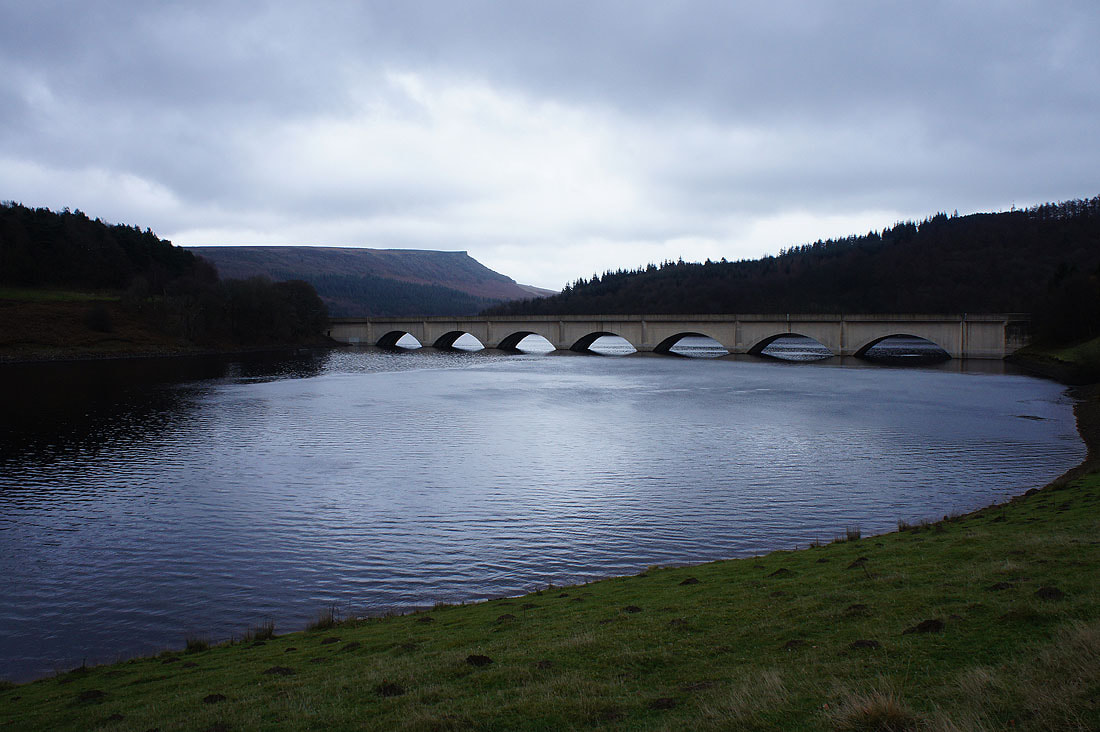 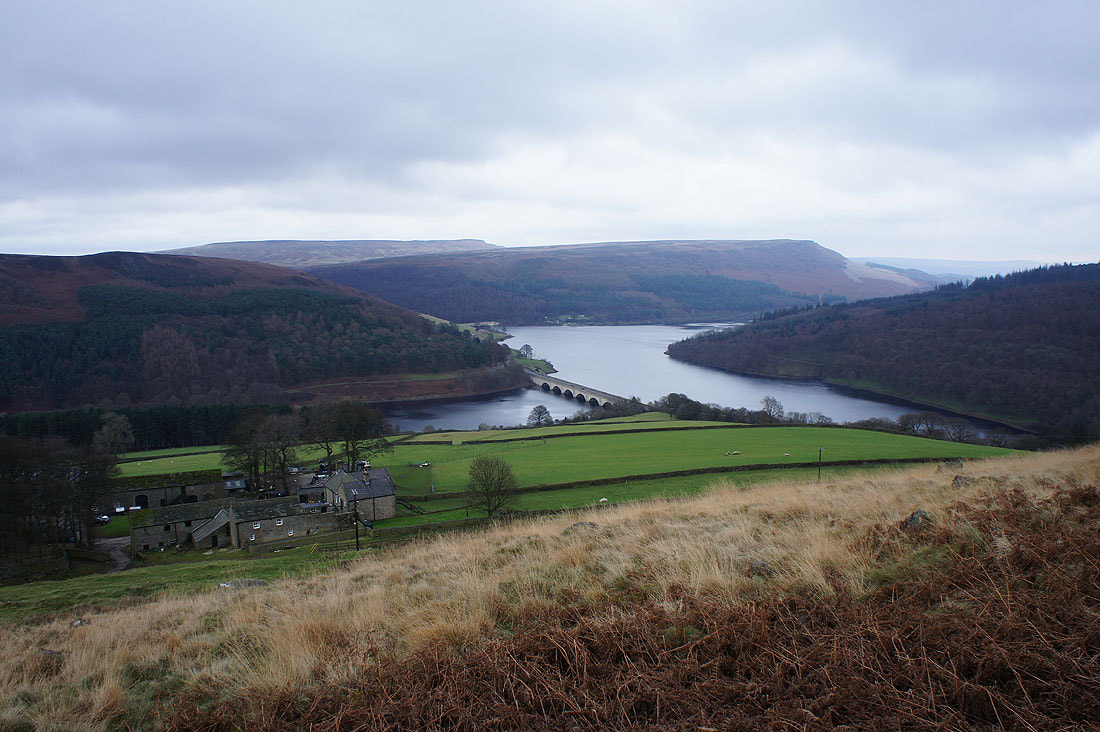 As I climb Crook Hill from Crookhill Farm I get a really nice view of Ladybower Reservoir, the Ashopton viaduct and Bamford Edge 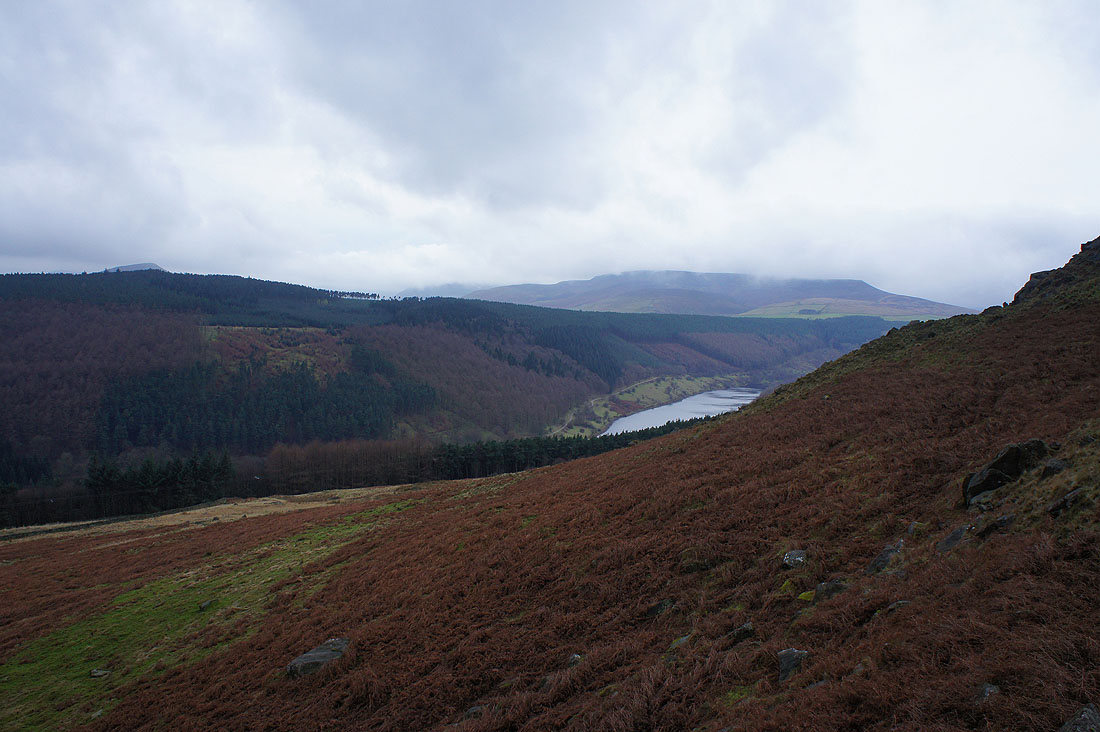 and looking round the corner, a cloud topped Kinder Scout 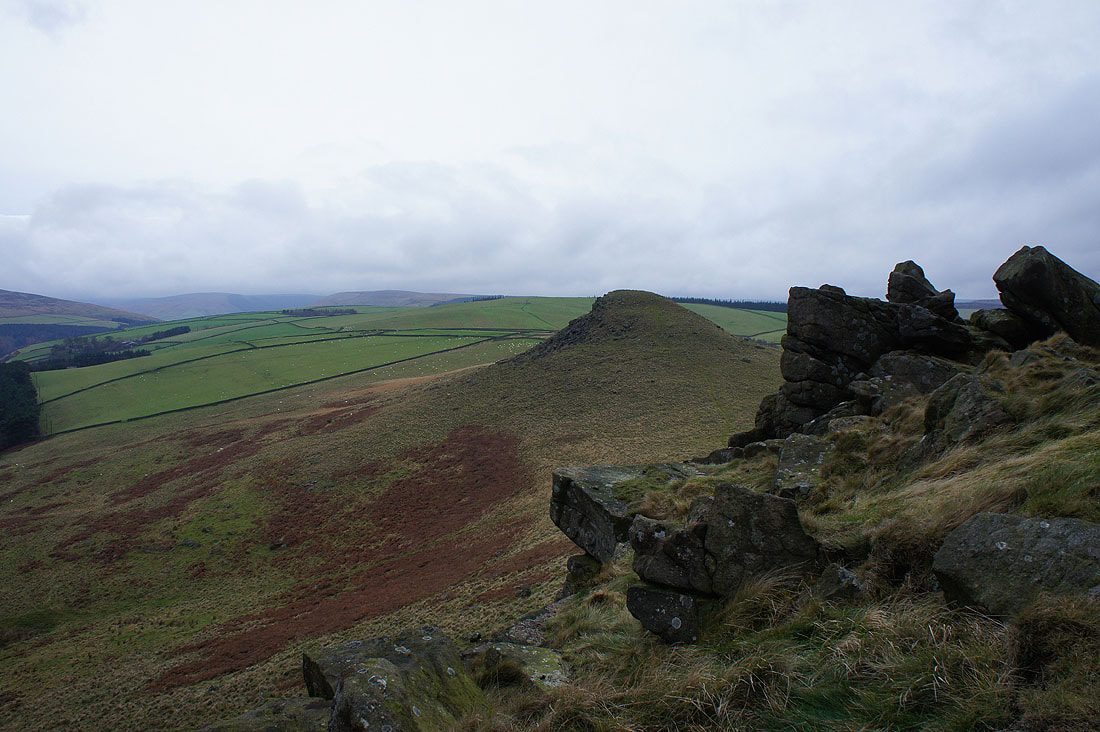 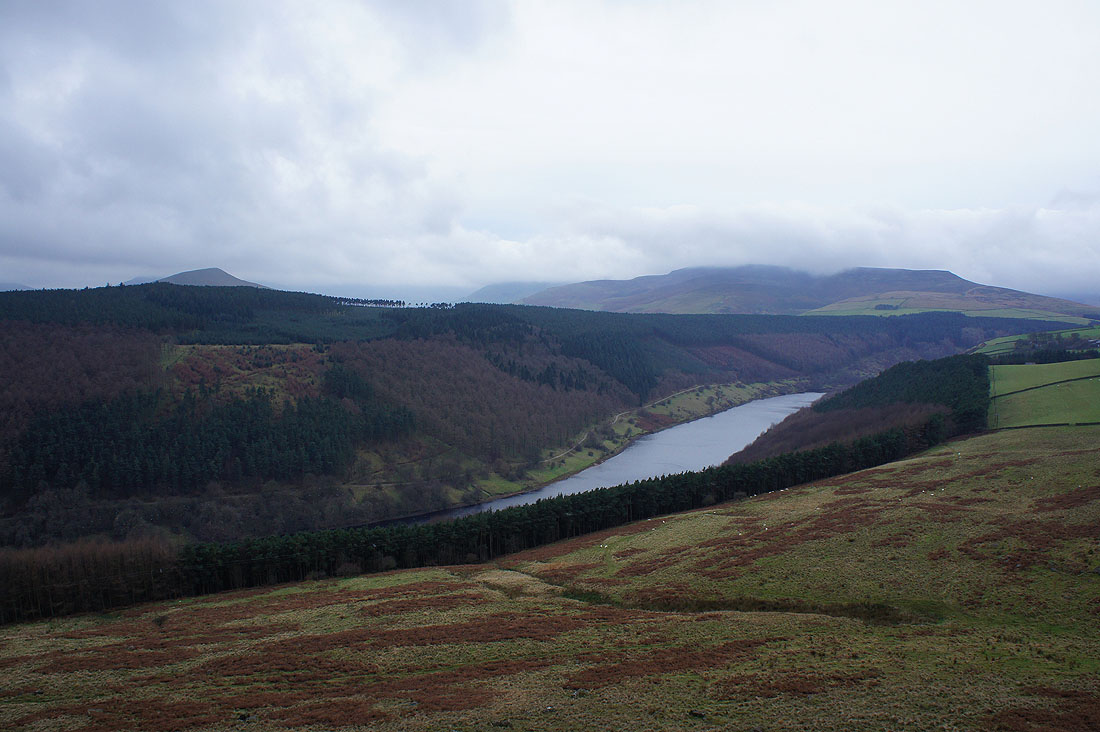 The top of Lose Hill peeps over the conifers, the Woodlands Valley, Ladybower Reservoir and Kinder Scout 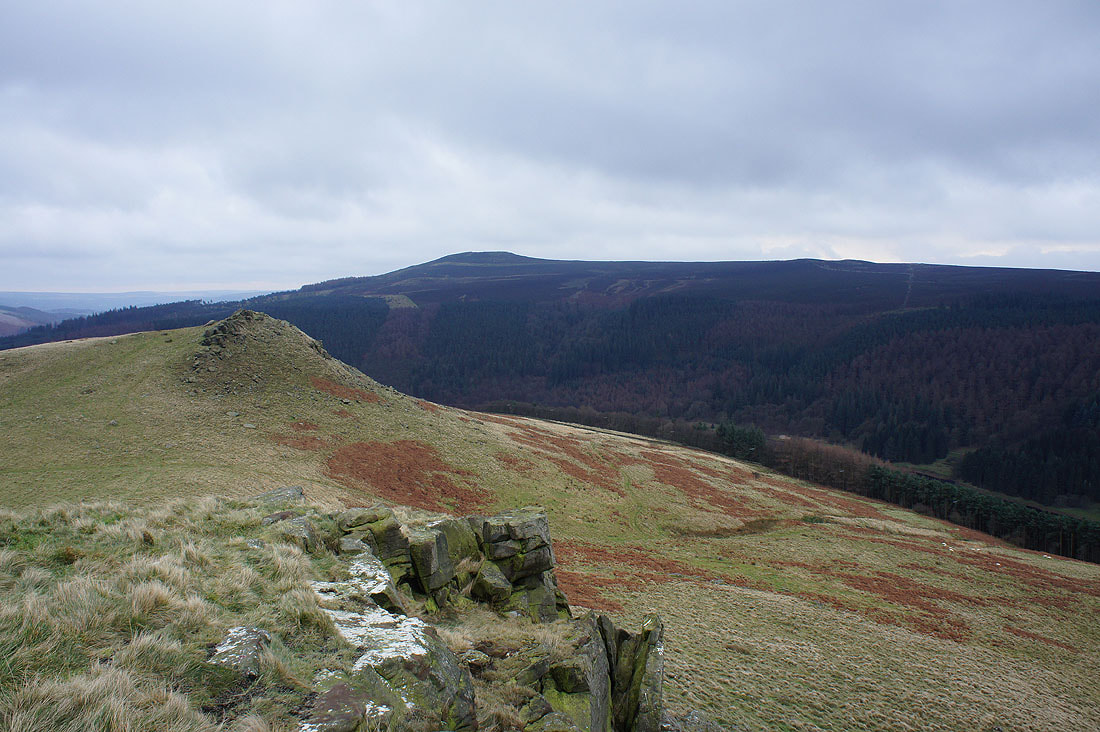 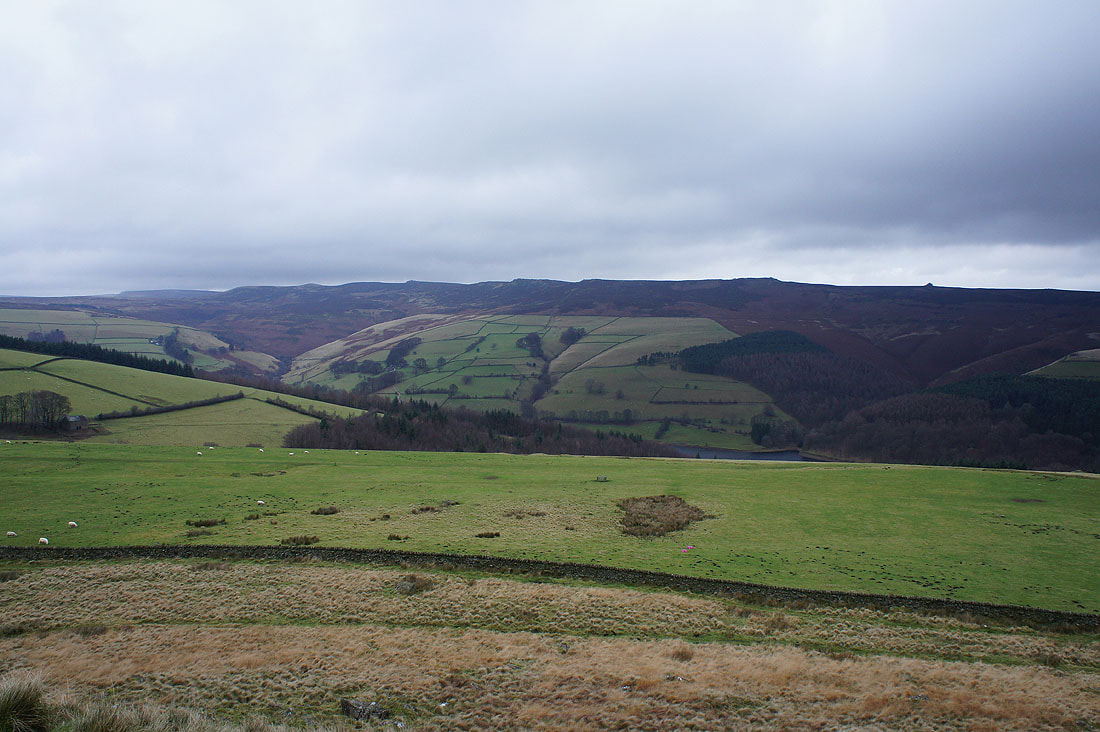 Back Tor and Derwent Edge 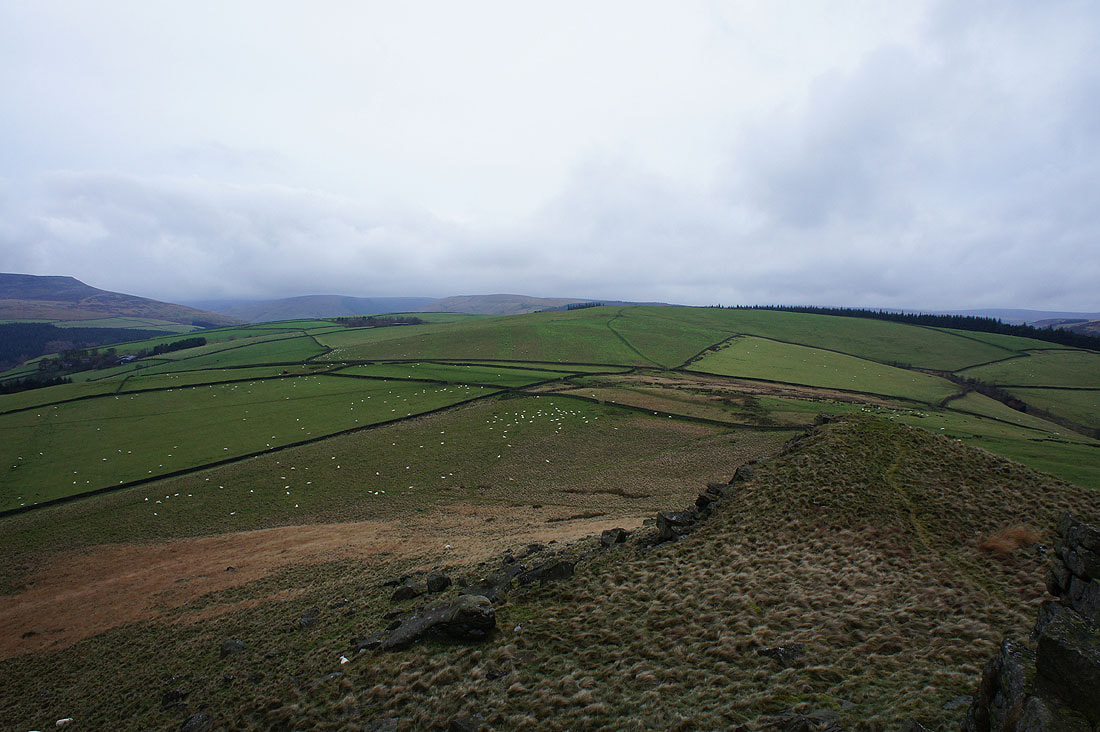 Time to make my way across Bridge-end Pasture. If I thought it was windy here... 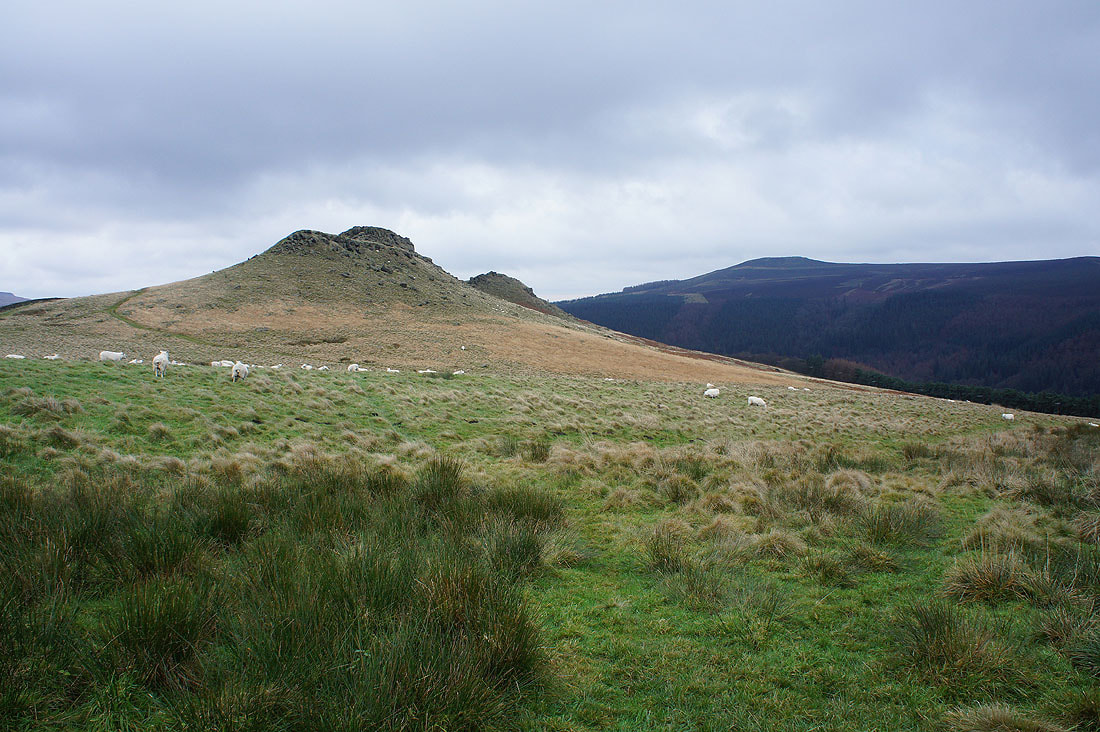 The twin tops of Crook Hill 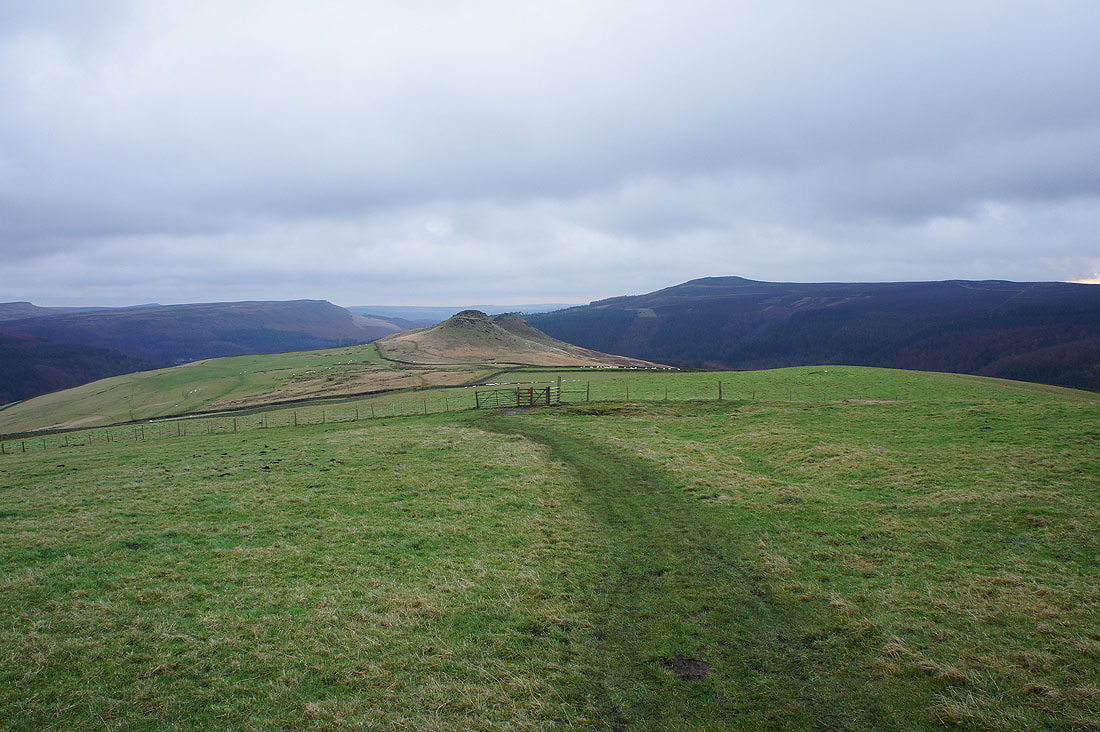 and again from Bridge-end Pasture 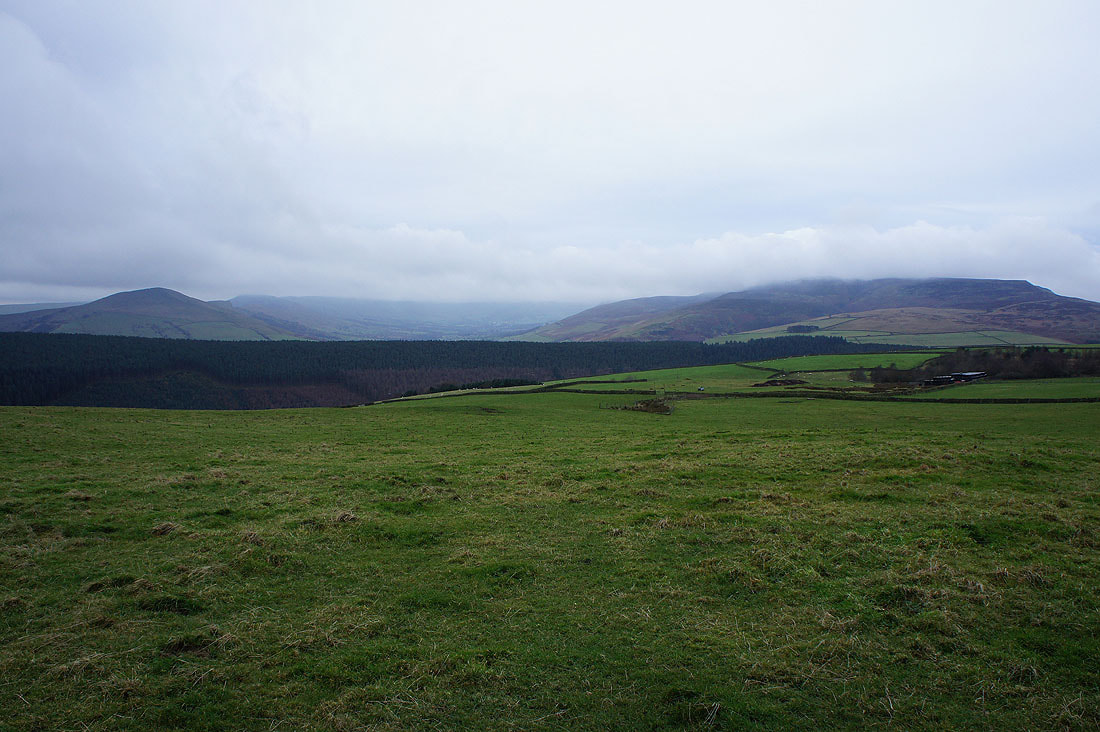 Now it's windy! I was facing into it to take this shot of Lose Hill, the Vale of Edale and Kinder Scout 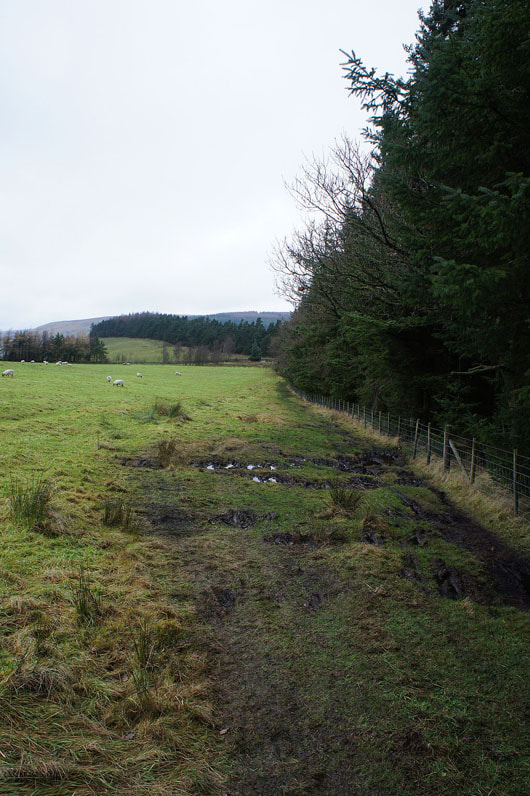 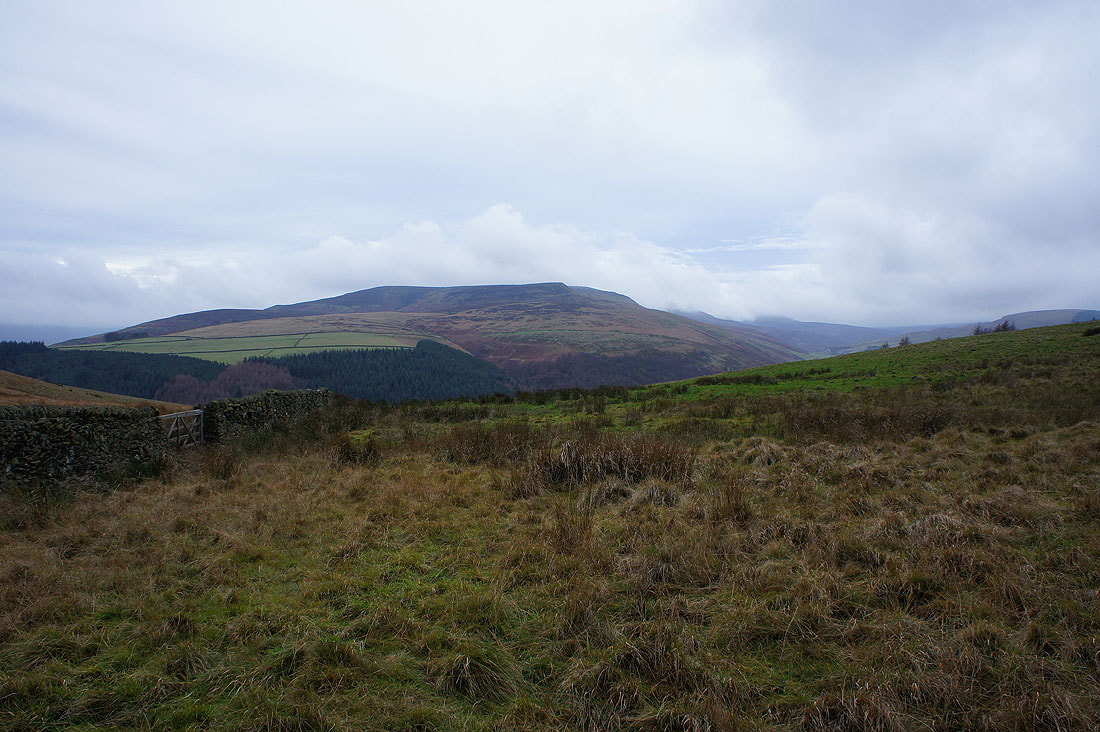 Crookstone Out Moor, the eastern end of Kinder Scout as I reach Woodcock Coppice 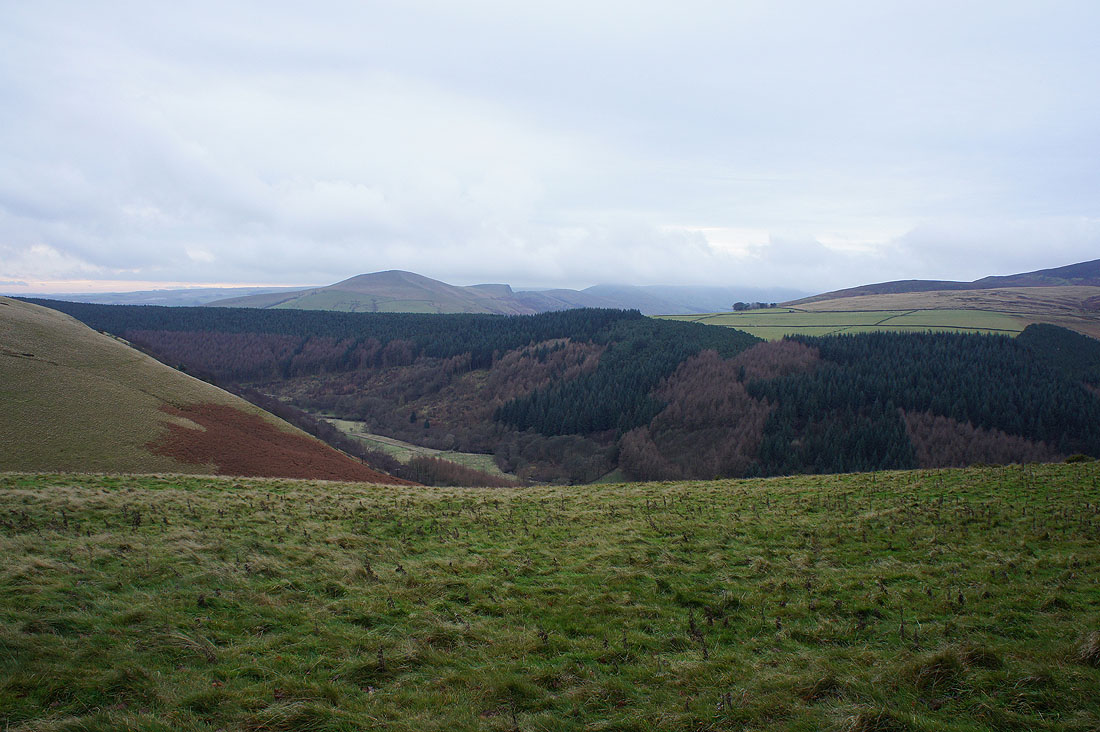 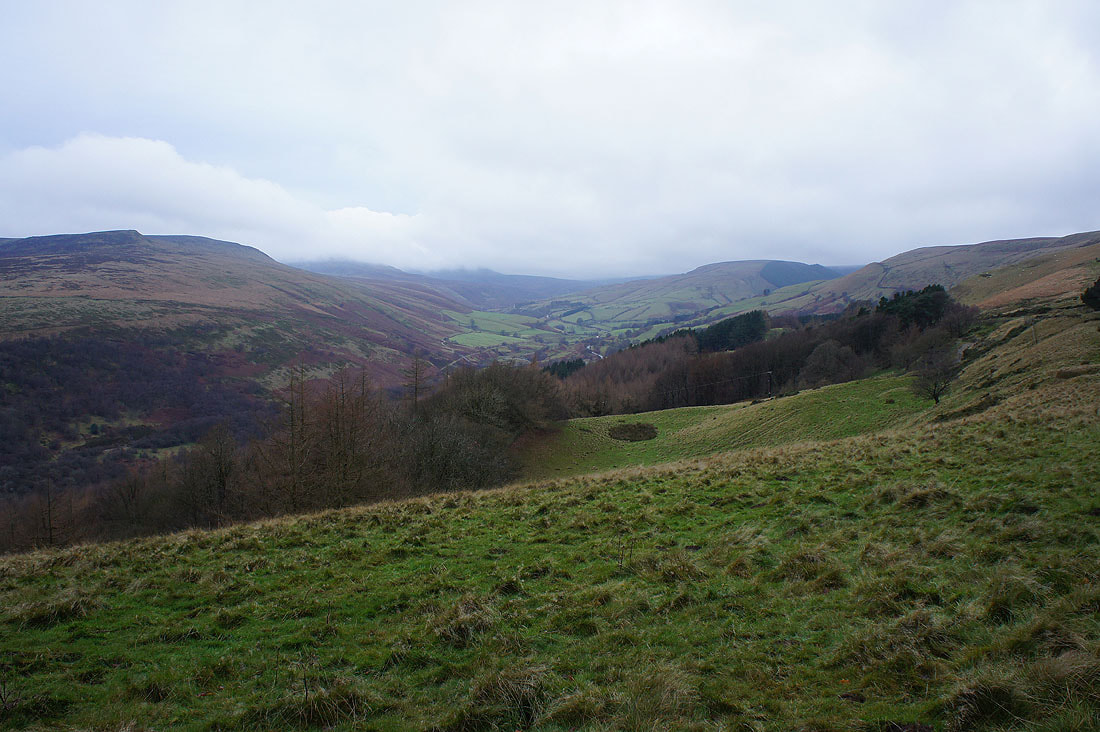 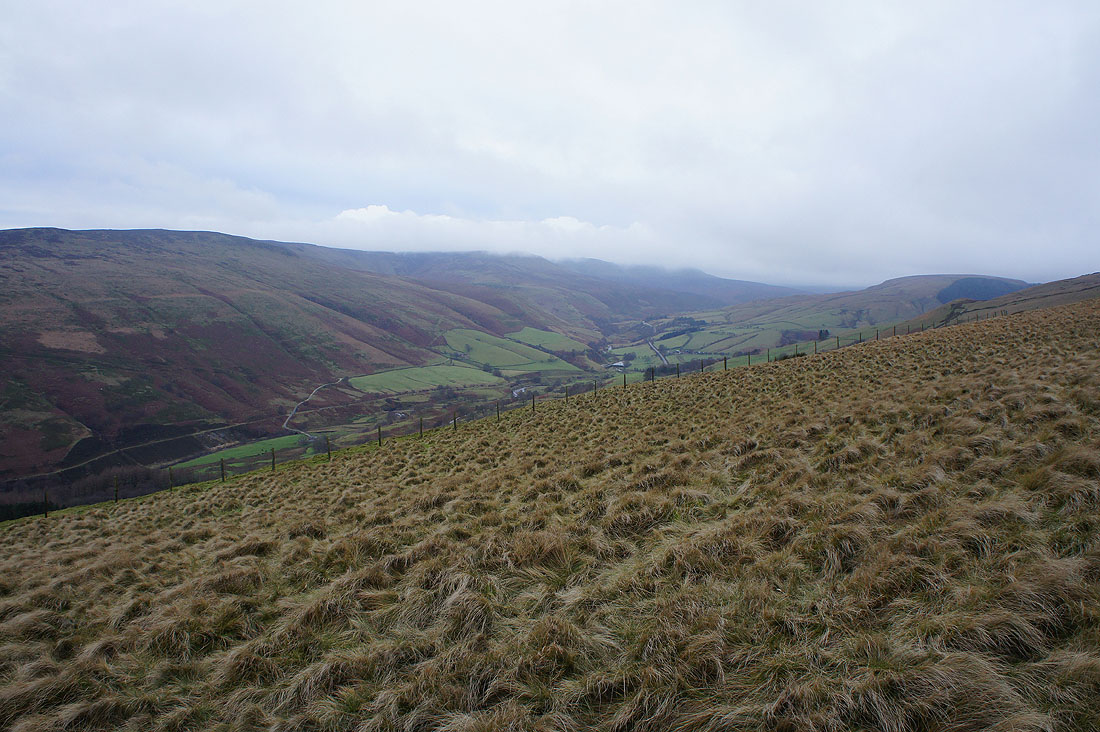 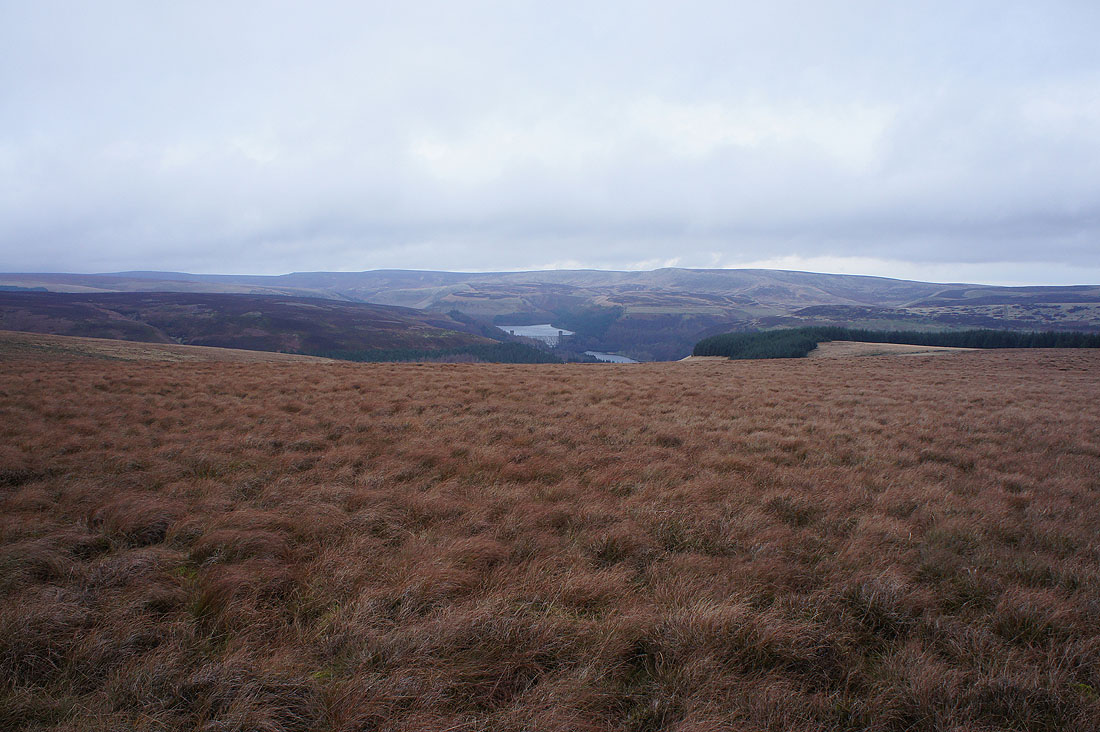 On Rowlee Pasture and this was as far north as I went. Margery Hill and Howden Edge behind a full Howden Reservoir. 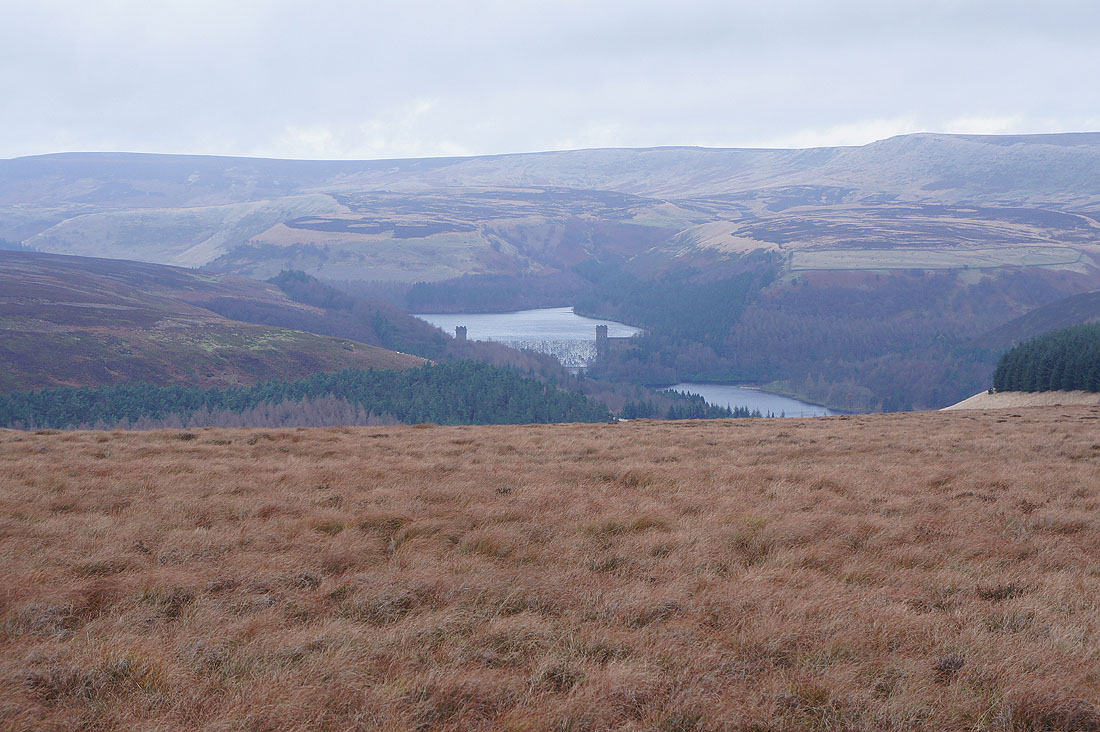 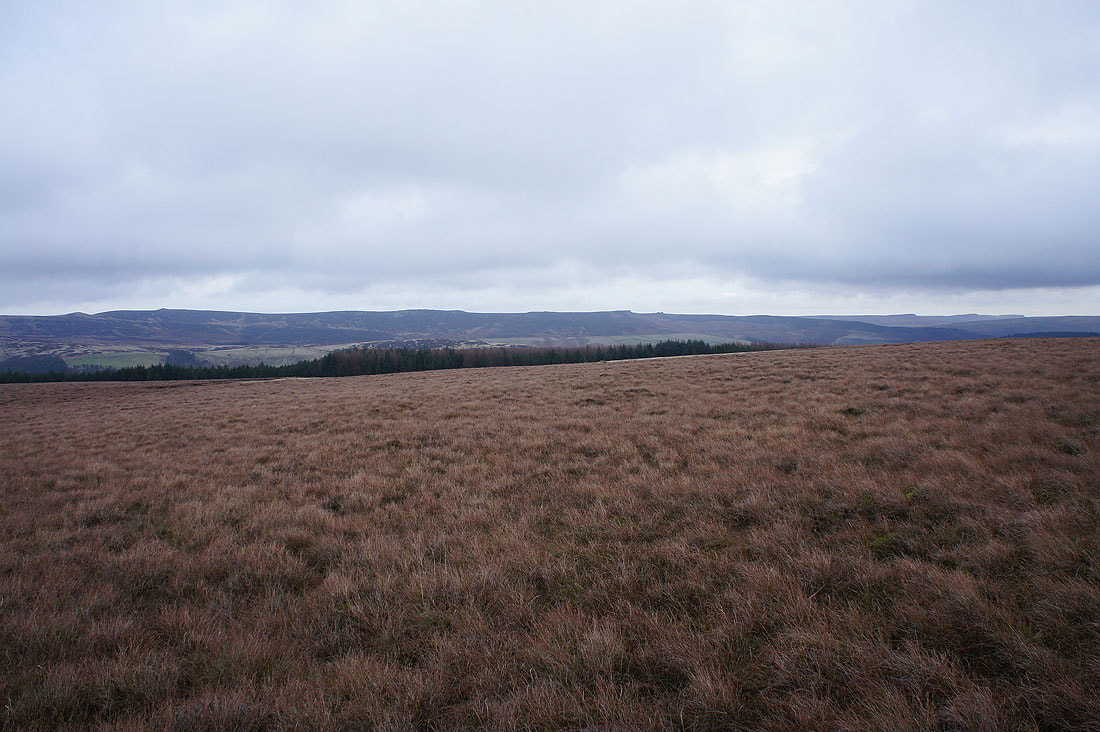 Derwent Edge merges imperceptibly into Stanage Edge on the right 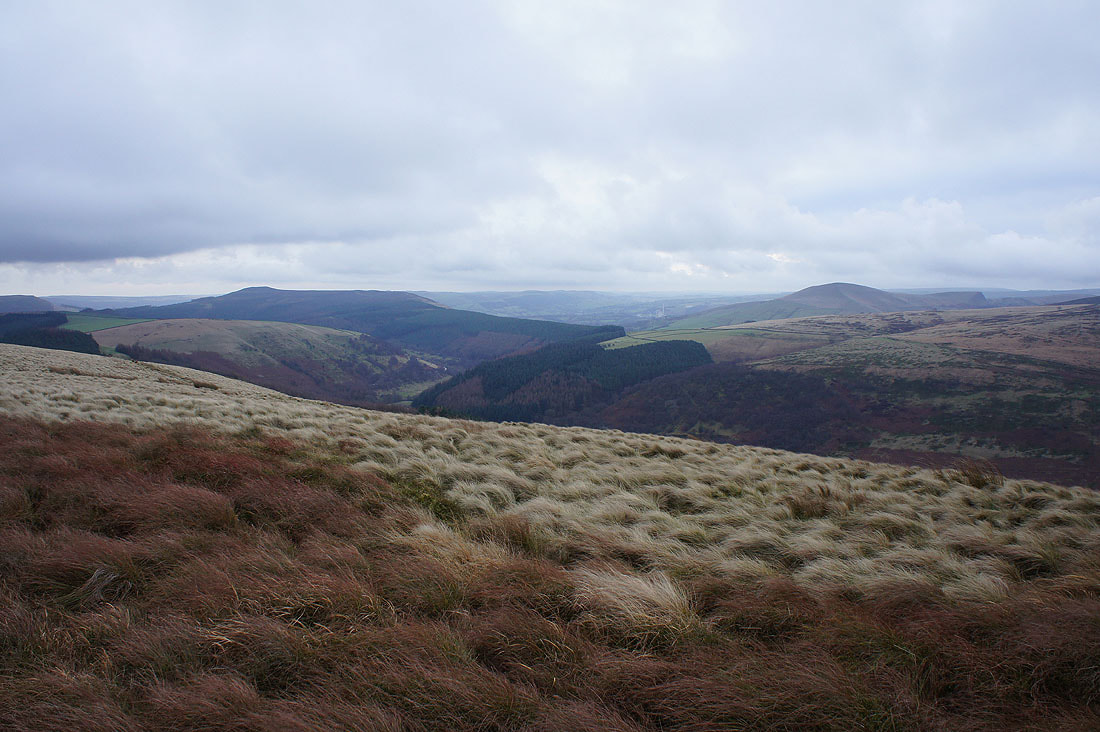 Win Hill and Lose Hill. The wind was so strong that took a bit of effort keeping still enough to take a photo.
Leaving Rowlee Pasture and onto the bridleway past Lockerbrook Farm 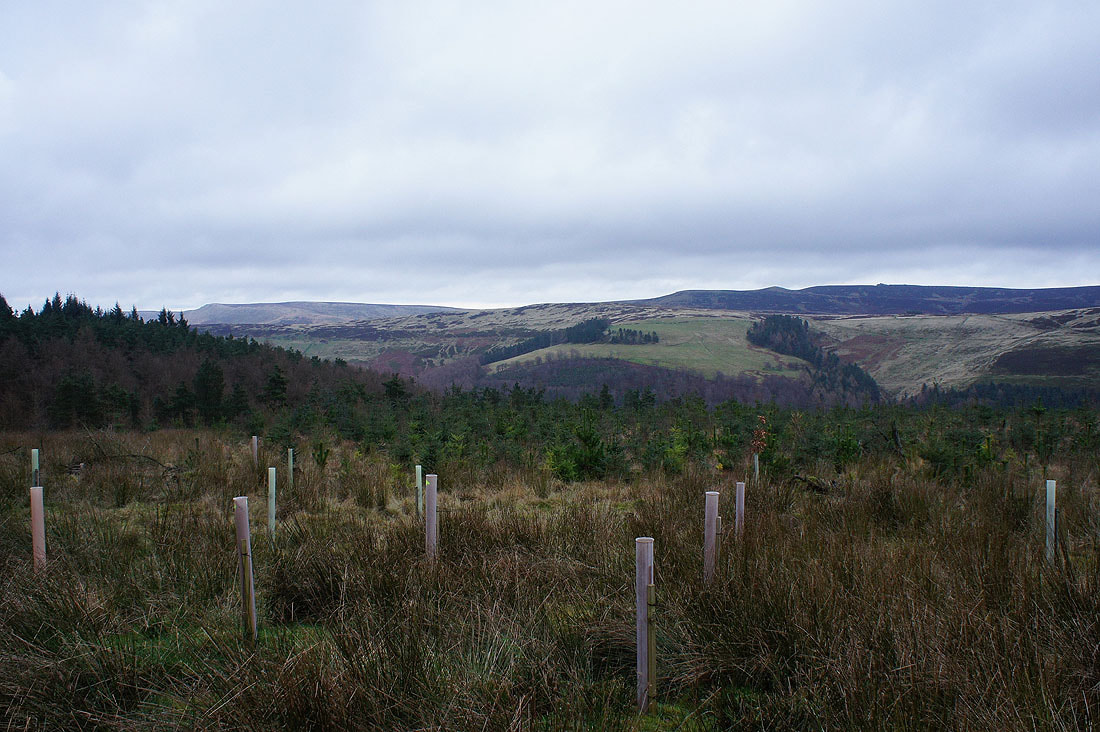 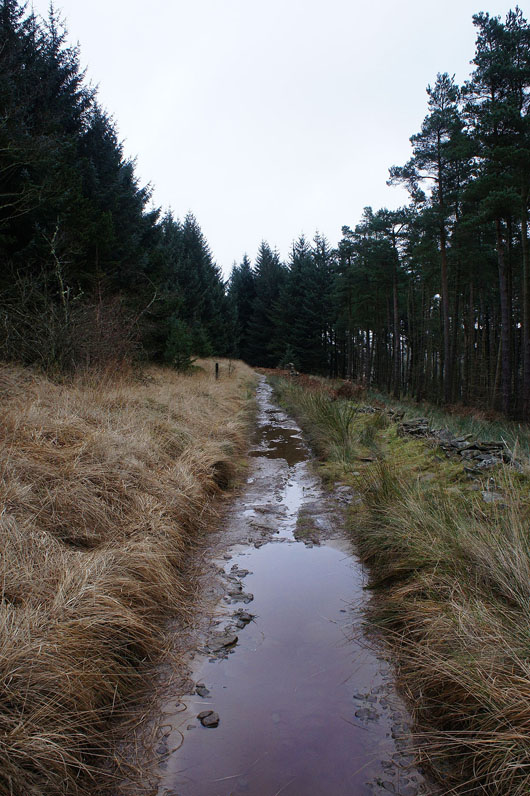 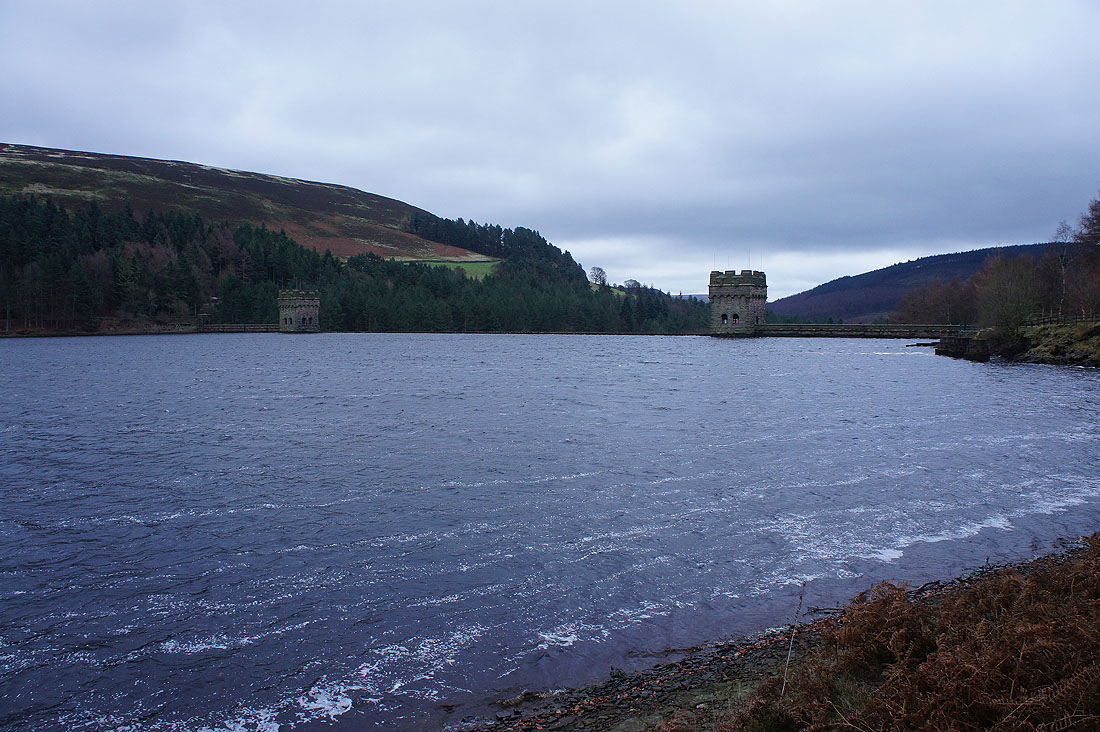 ..to a windswept Derwent Reservoir. Not quite full, so no flow over the dam. 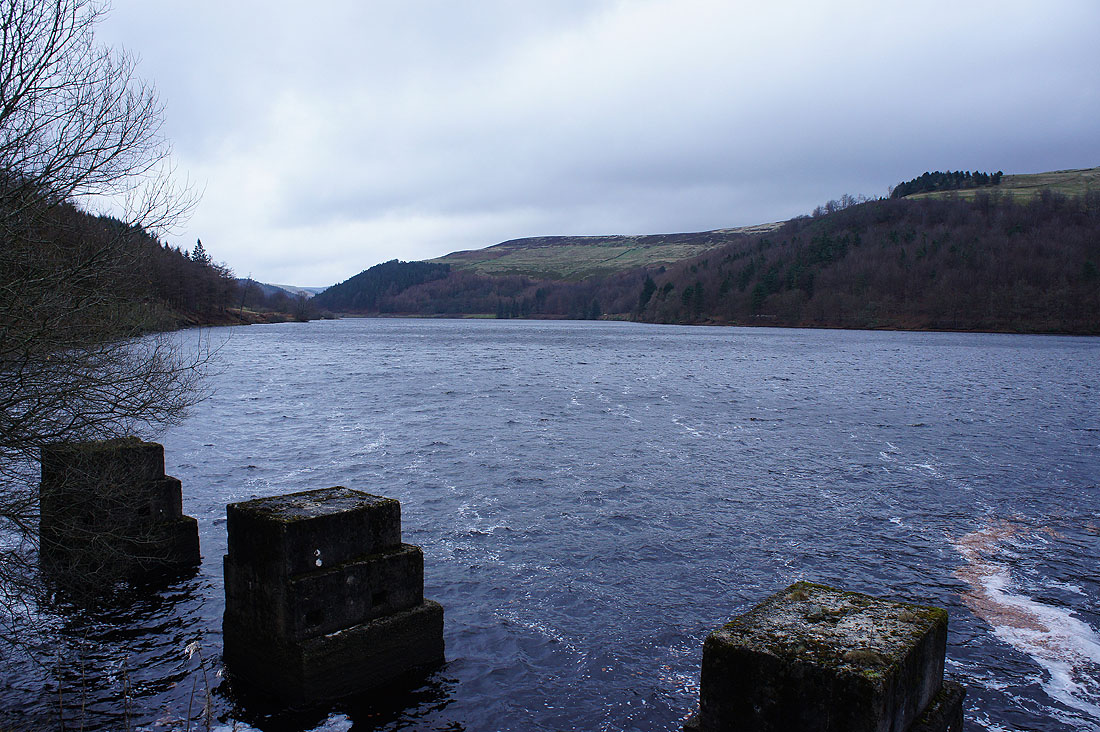