After enjoying a walk in the snow on Pendle Hill yesterday I had to take the chance to get out in it again today while it lasted. I decided to go to Sedbergh and do a walk up to The Calf and back, hoping to get some great photos of snow covered fells across to the Lake District, plus Sedbergh is on a main road so there wouldn't any issues with roads that hadn't been gritted. The forecast was for it to be windy with a chance of snow showers but for the cloud to be above the tops. That wasn't how it turned out, as you'll see below.

From the car park in Sedbergh I walked up Howgill Lane to Lockbank Farm, through the farmyard and then along a path above the intake wall to Settlebeck Gill. I then started the long climb up the side of Winder to join the bridleway past Arant Haw to Calders and then The Calf. My route back was pretty much the same except for the visit to Winder before making my way back through Lockbank Farm and down Howgill Lane to Sedbergh.
Route map 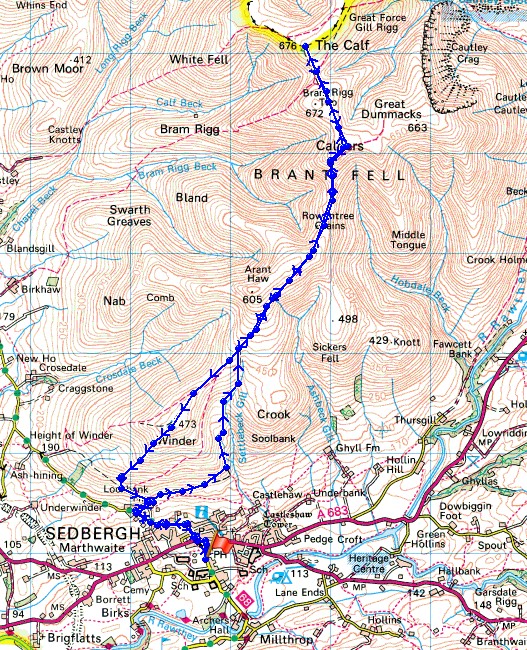 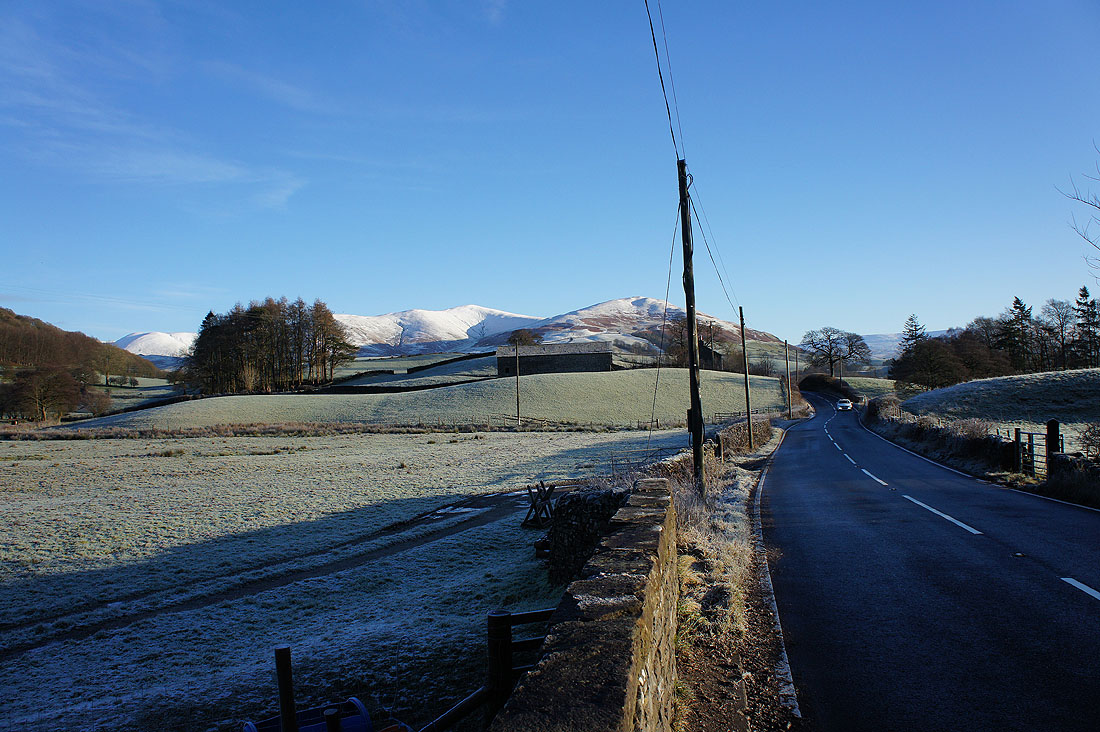 Snow covered Howgills as I drive towards Sedbergh. Looks great at the moment. 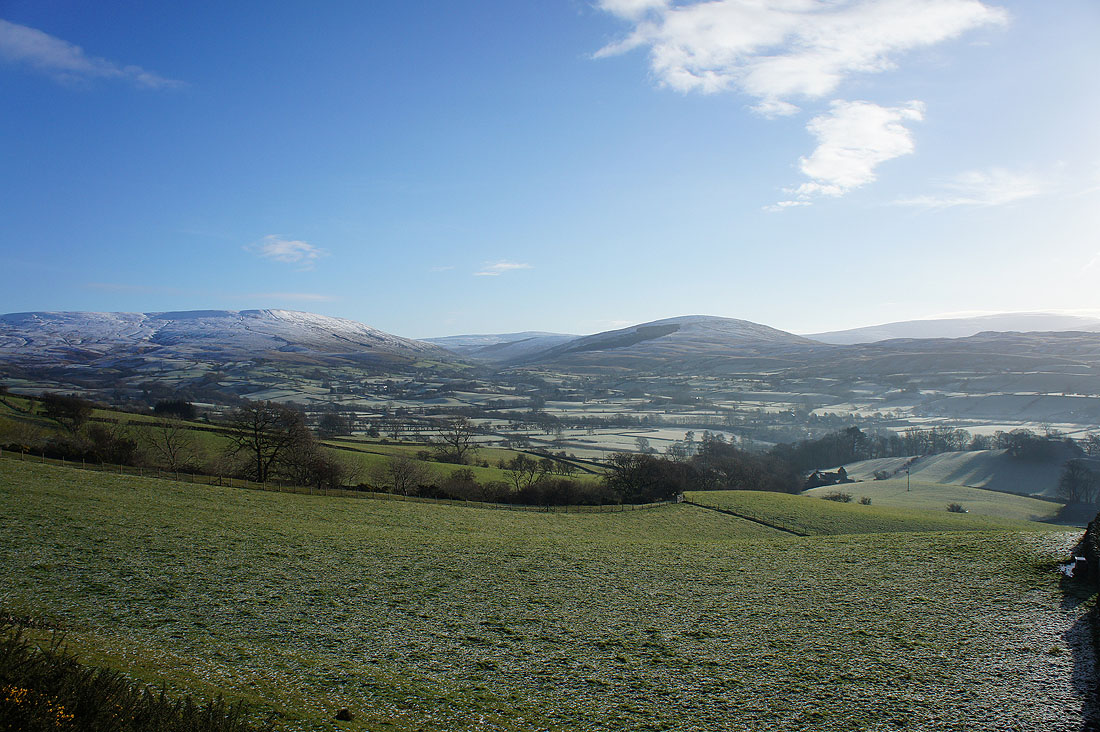 Baugh Fell, Garsdale, Aye Gill Pike and the Rawthey valley as I follow the path to Settlebeck Gill 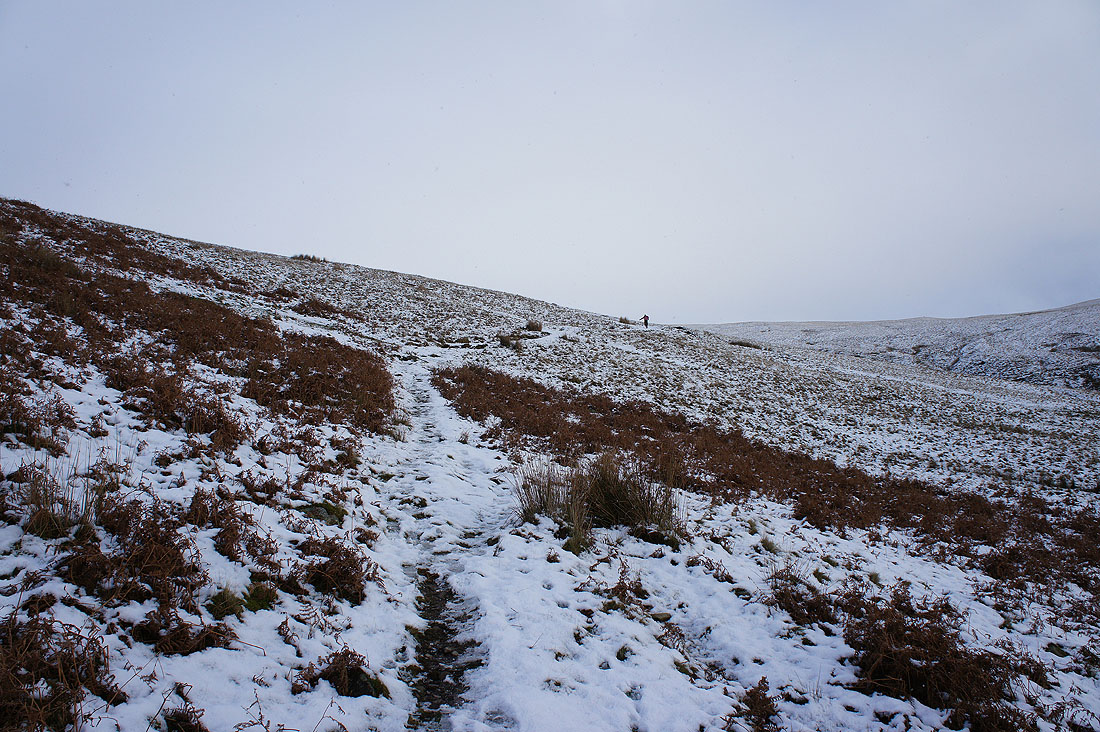 Heading up by Settlebeck Gill and the weather is definitely changing 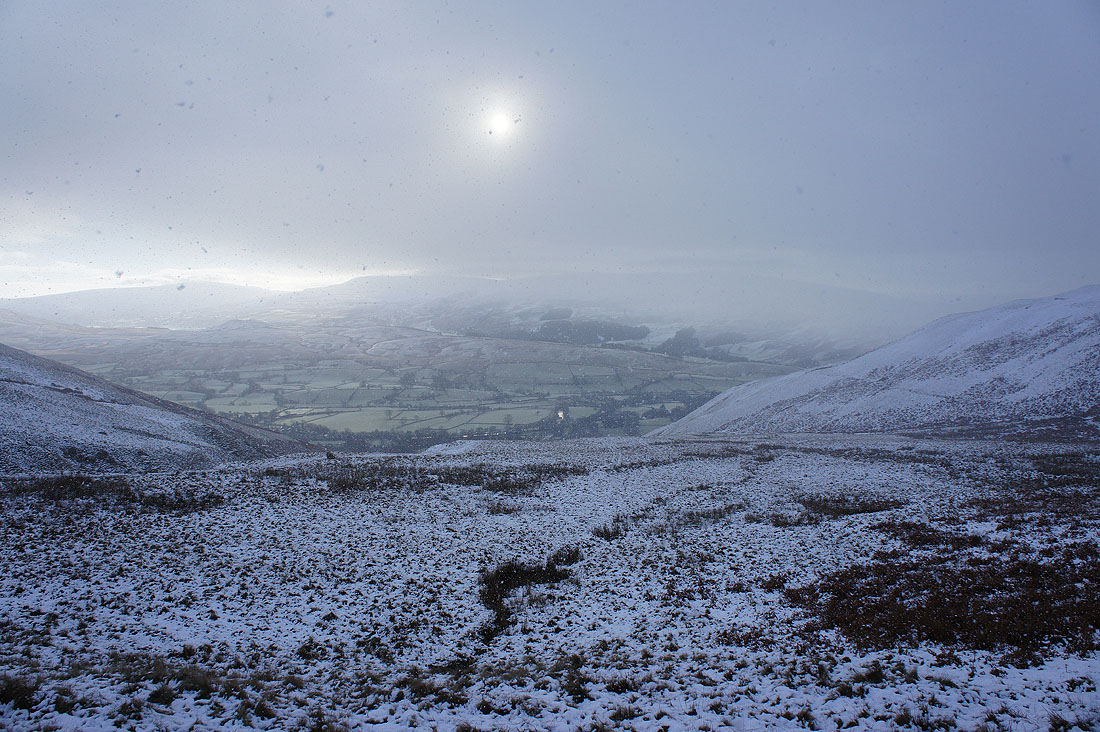 Looking back down towards Sedbergh as the snow starts to fall 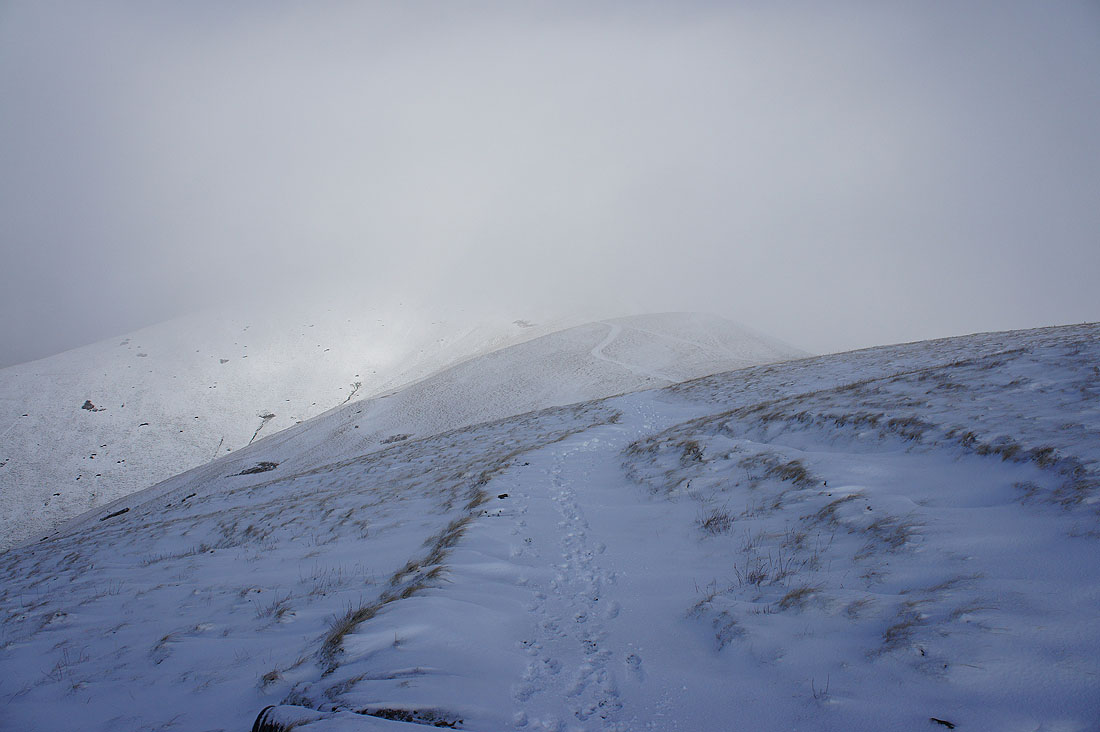 The best part of an hour later and I'm on Rowantree Grains between Arant Haw and Calders. The snow stopped a while ago but with the hill fog left behind the visibility was very poor. Looks like things might be improving. 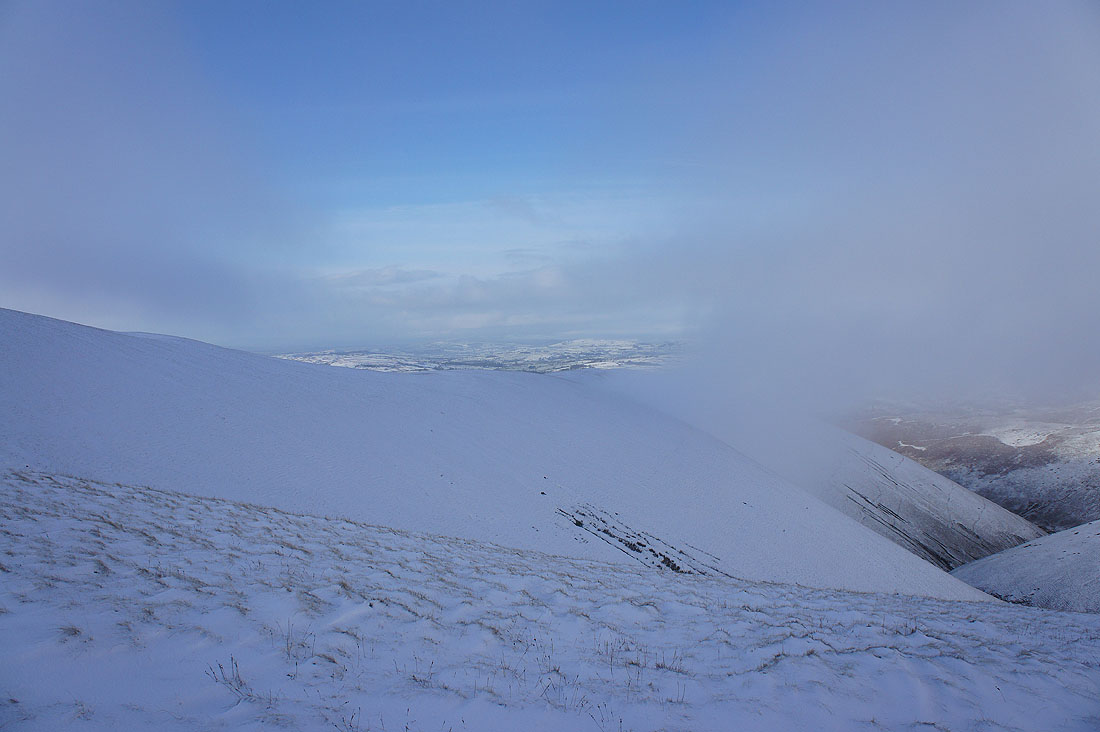 The northwest ridge of Arant Haw appears through the mist 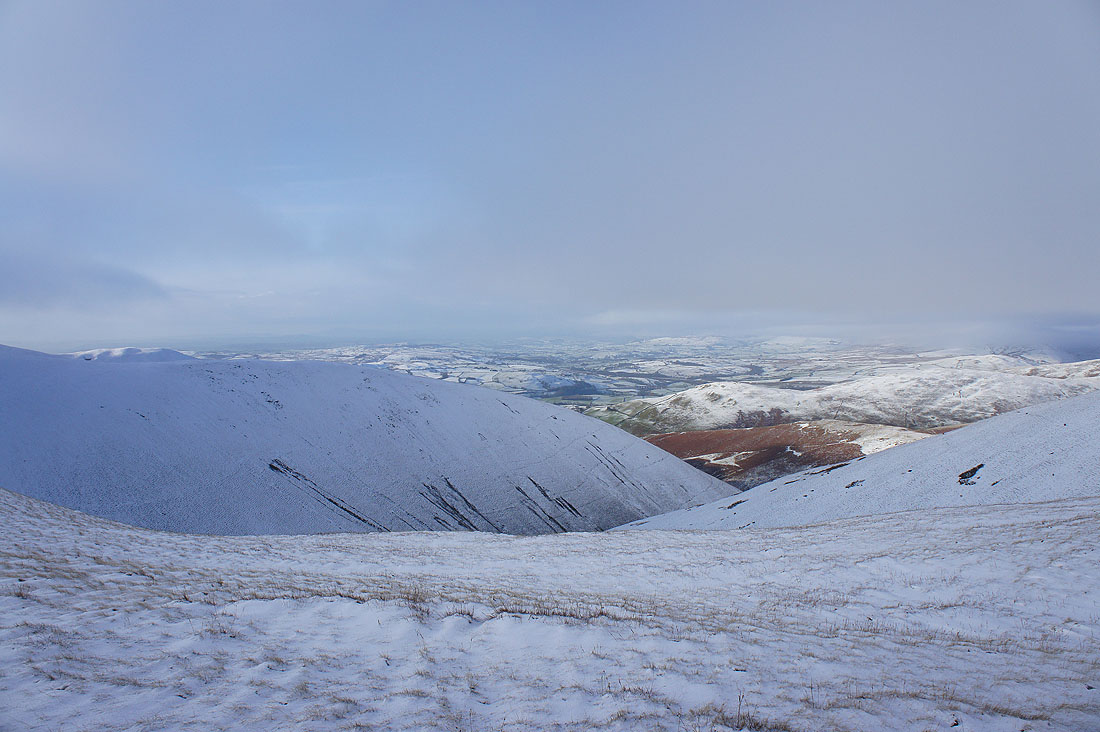 Improving views down towards the Lune valley on one side.. 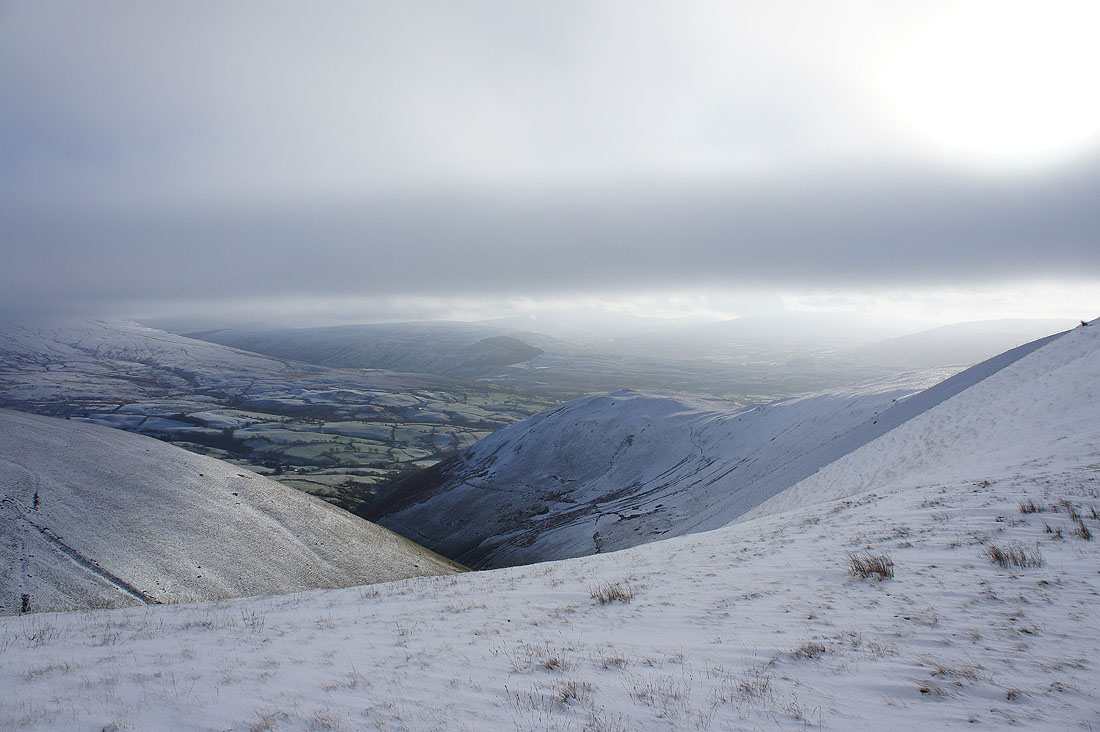 ..and the Rawthey valley on the other 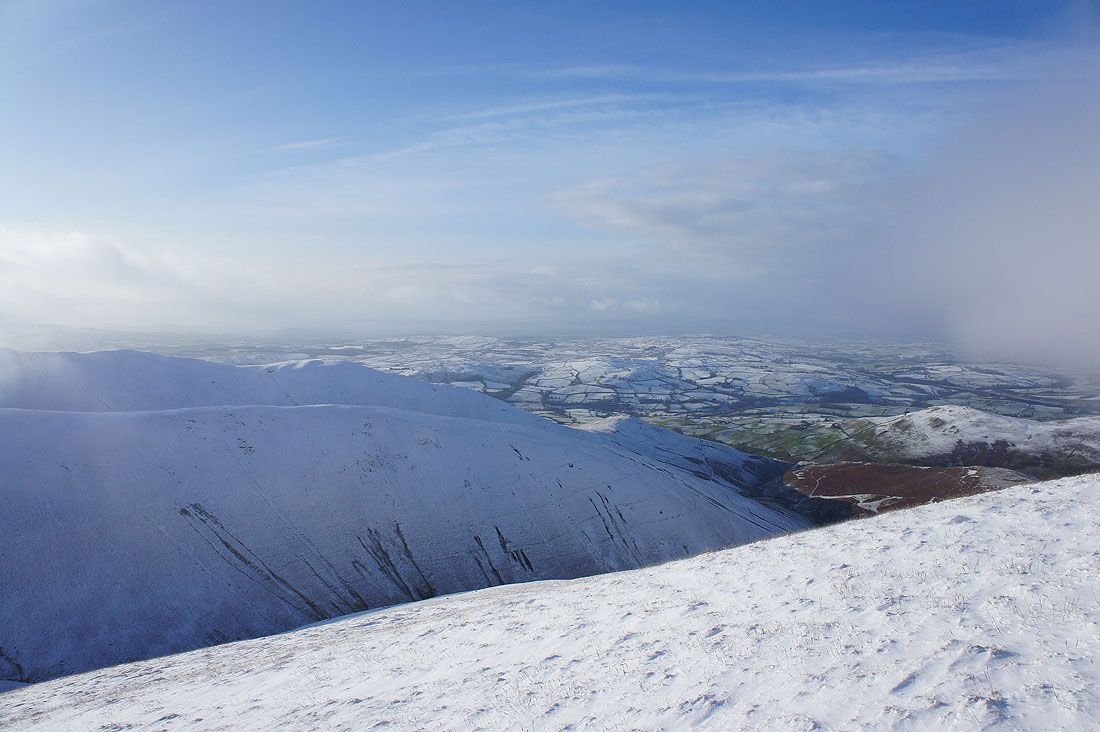 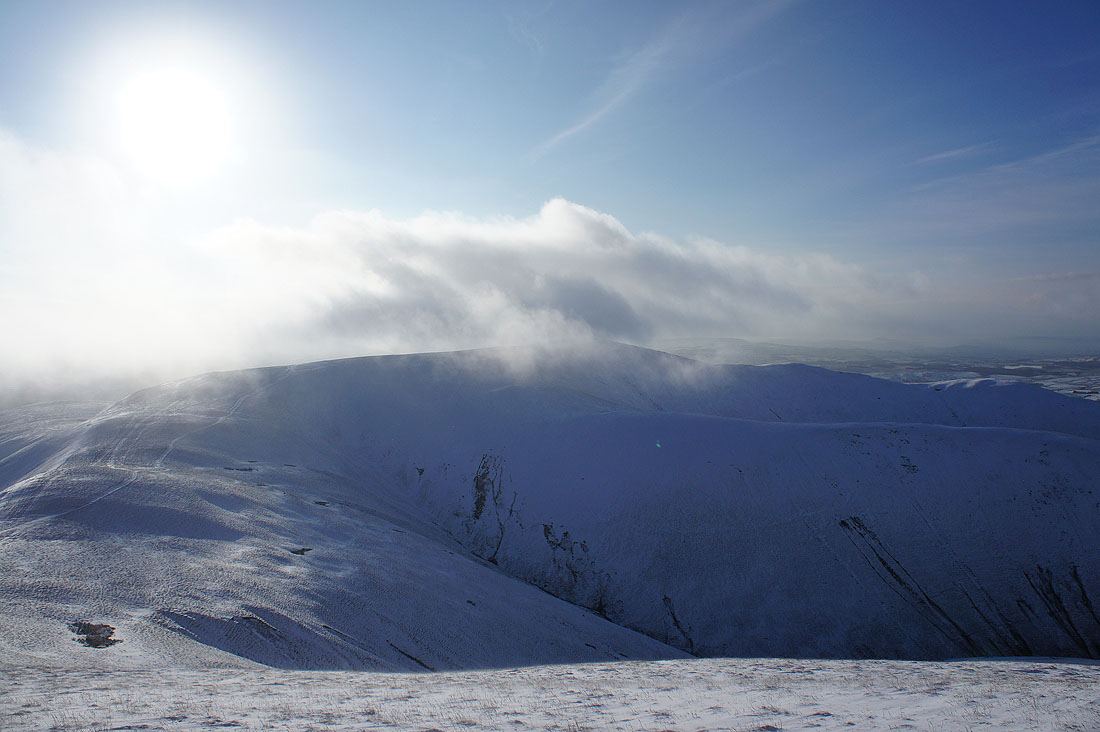 Looking back to Arant Haw 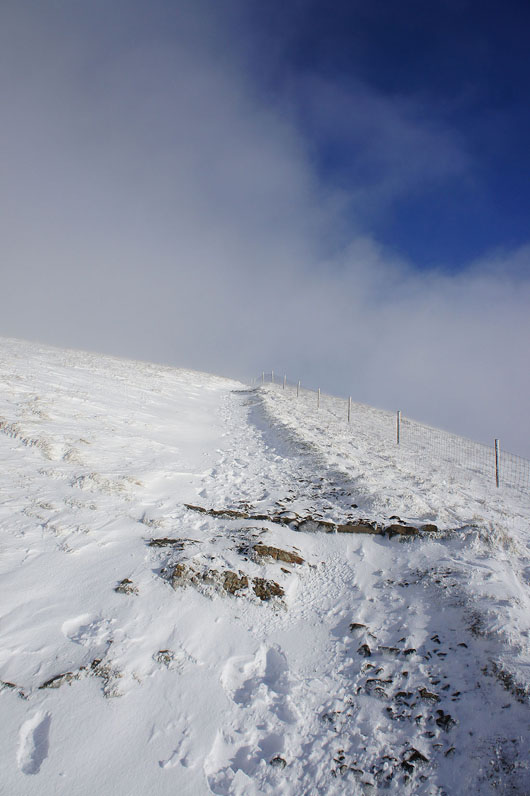 It's a steep climb up Calders 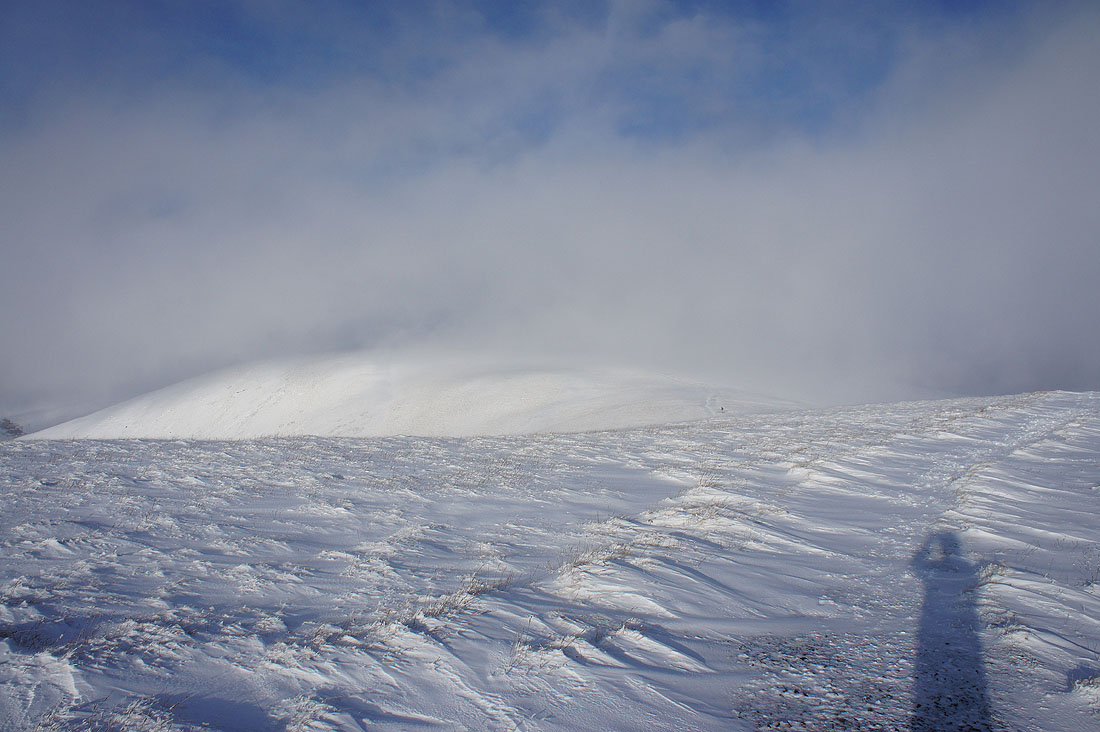 On the summit of Calders for the first time today and it's pretty wild. The strong wind is blowing the lying snow around as spindrift which kept getting in my eyes. At least the low cloud has cleared for the moment so I can see the view. Ahead, The Calf is still in cloud. 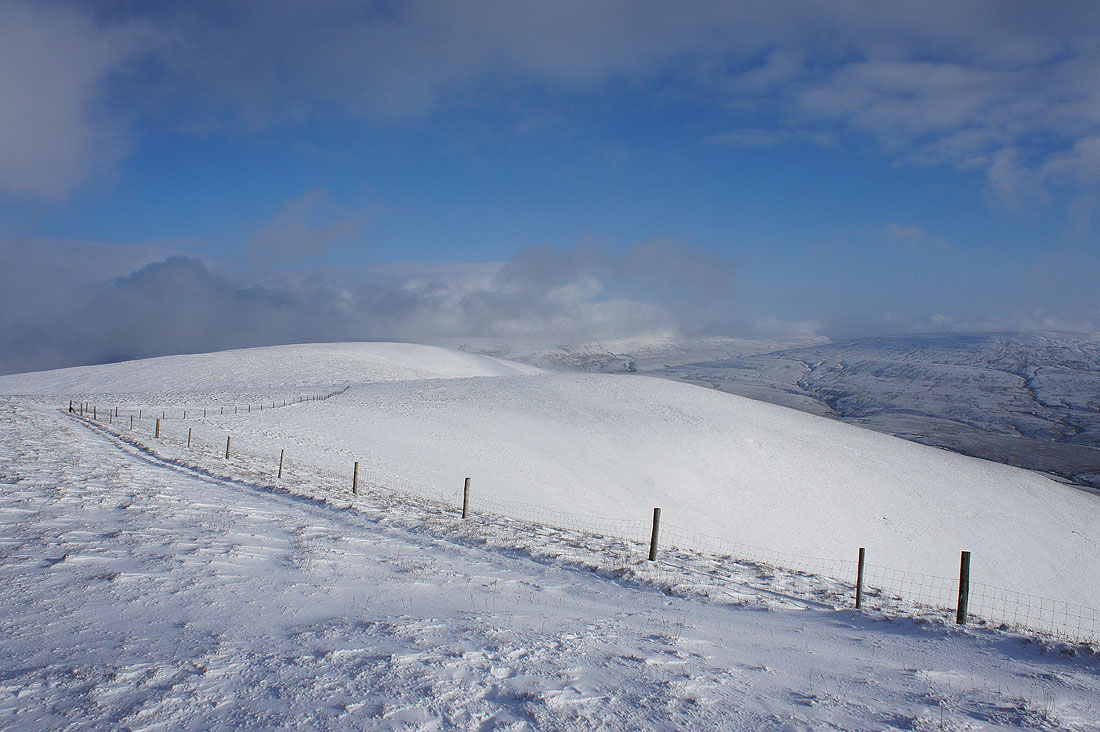 The neighbouring hill of Great Dummacks 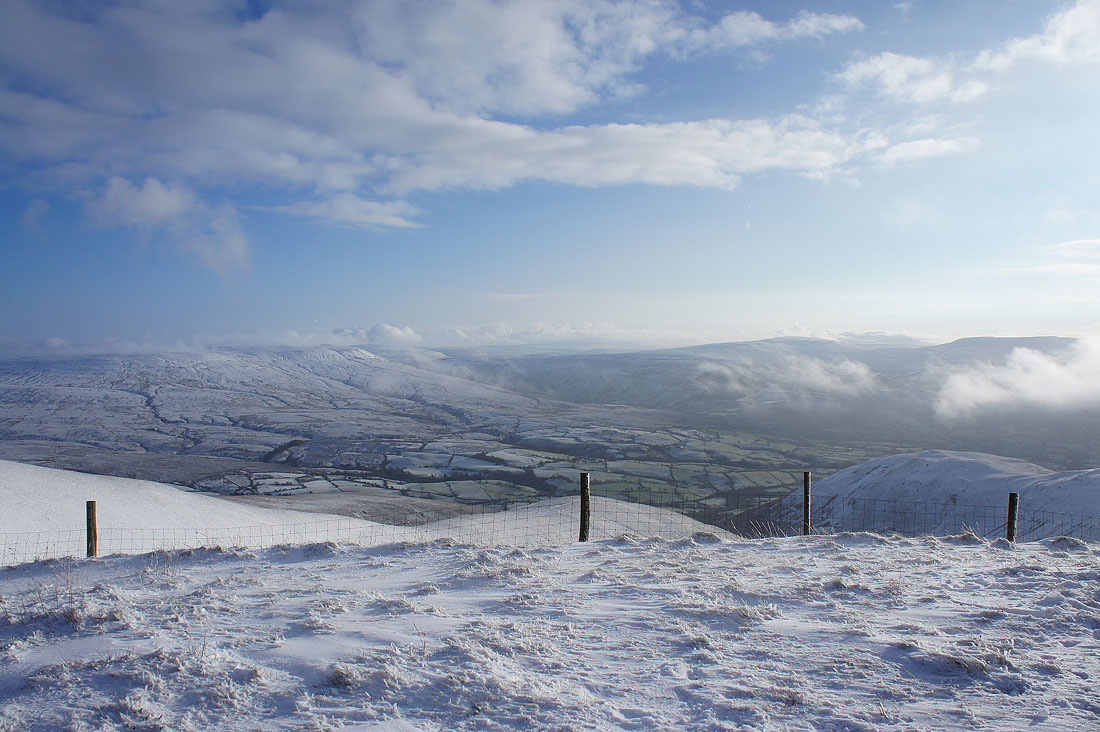 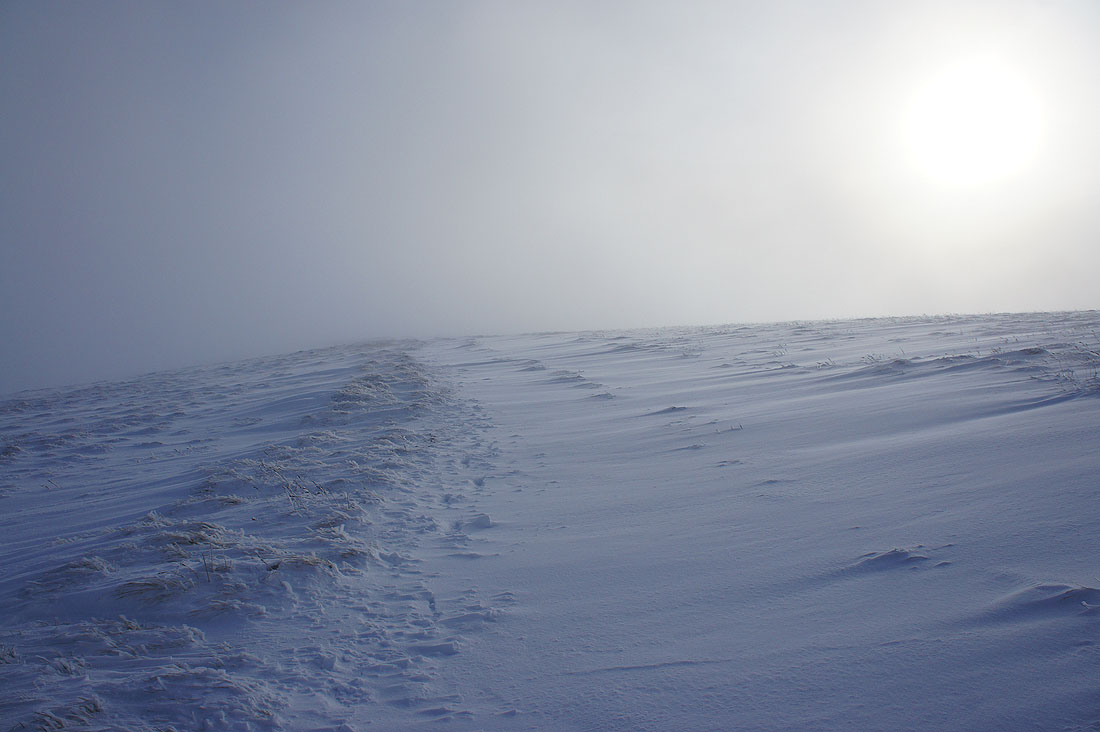 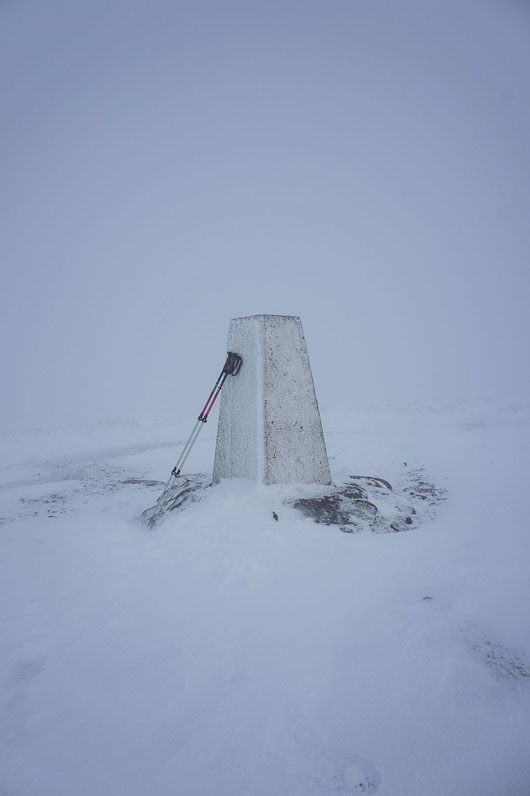 No views from The Calf today 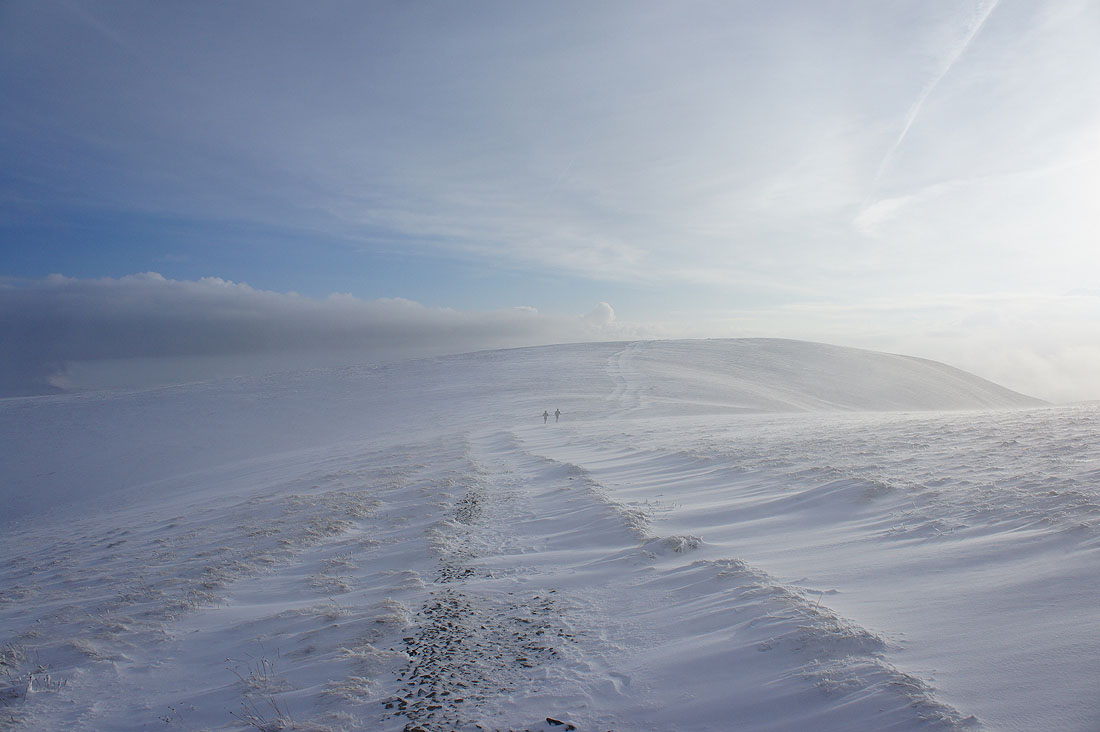 On the way back to Calders and the cloud clears again. I particularly like this shot with the fellrunners in the distance and the drifting snow. 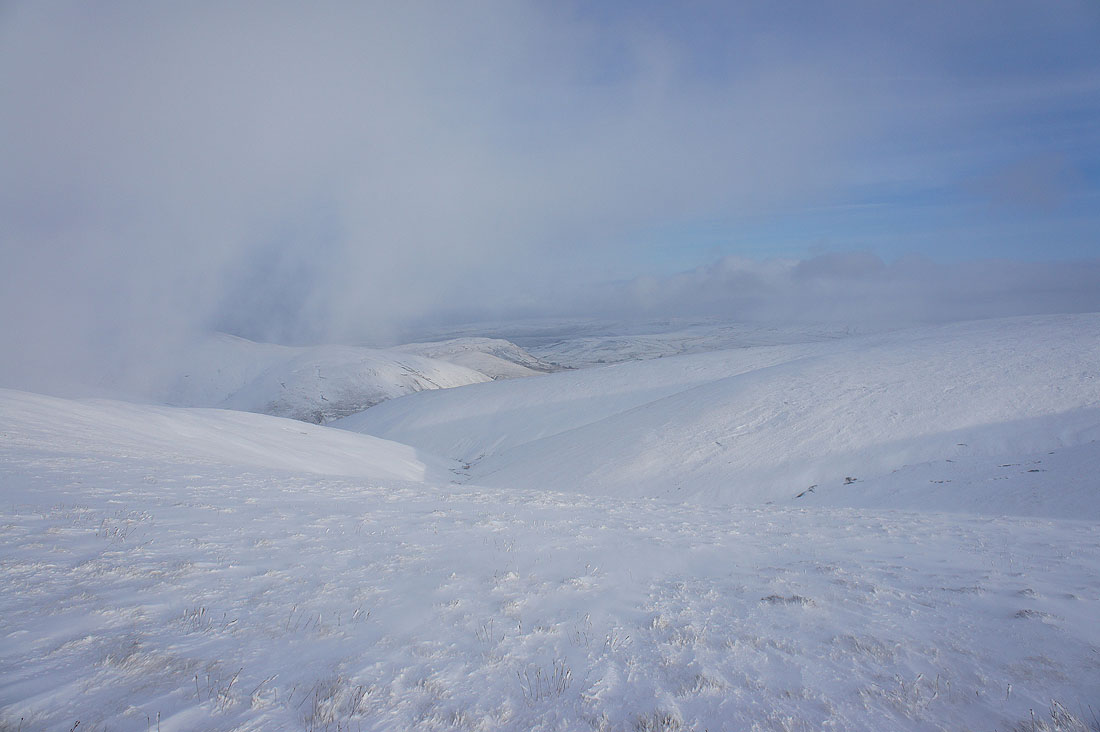 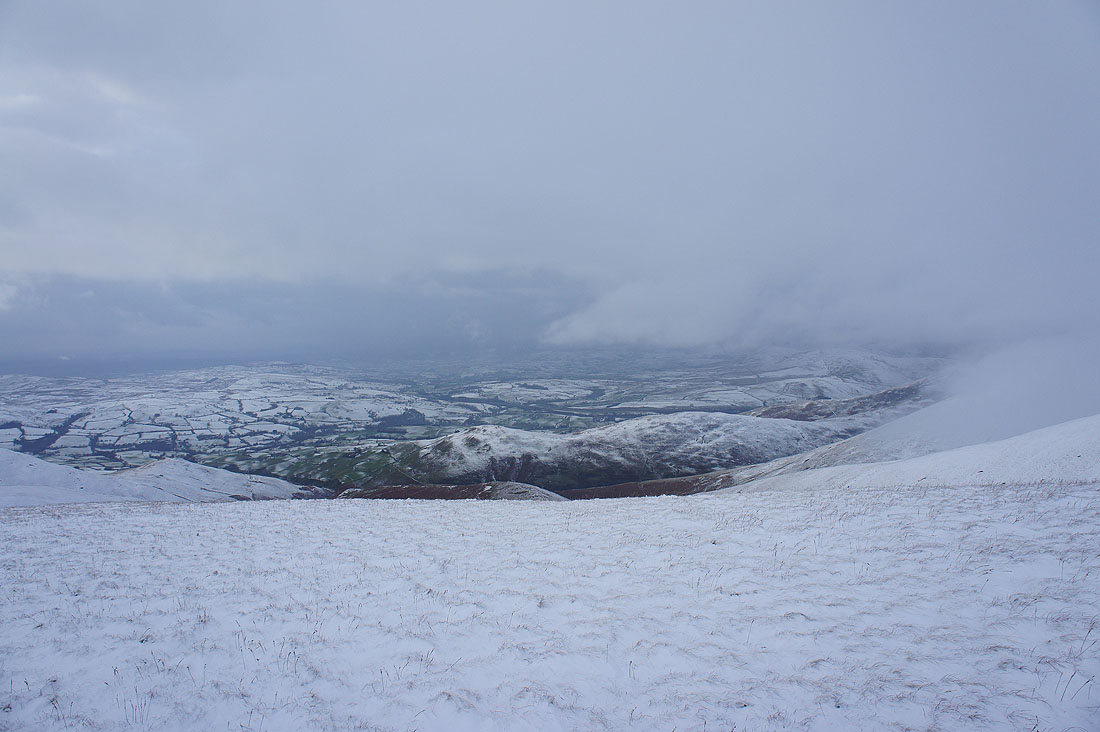 Back on Calders. I still have a view but the weather does look like it's deteriorating. 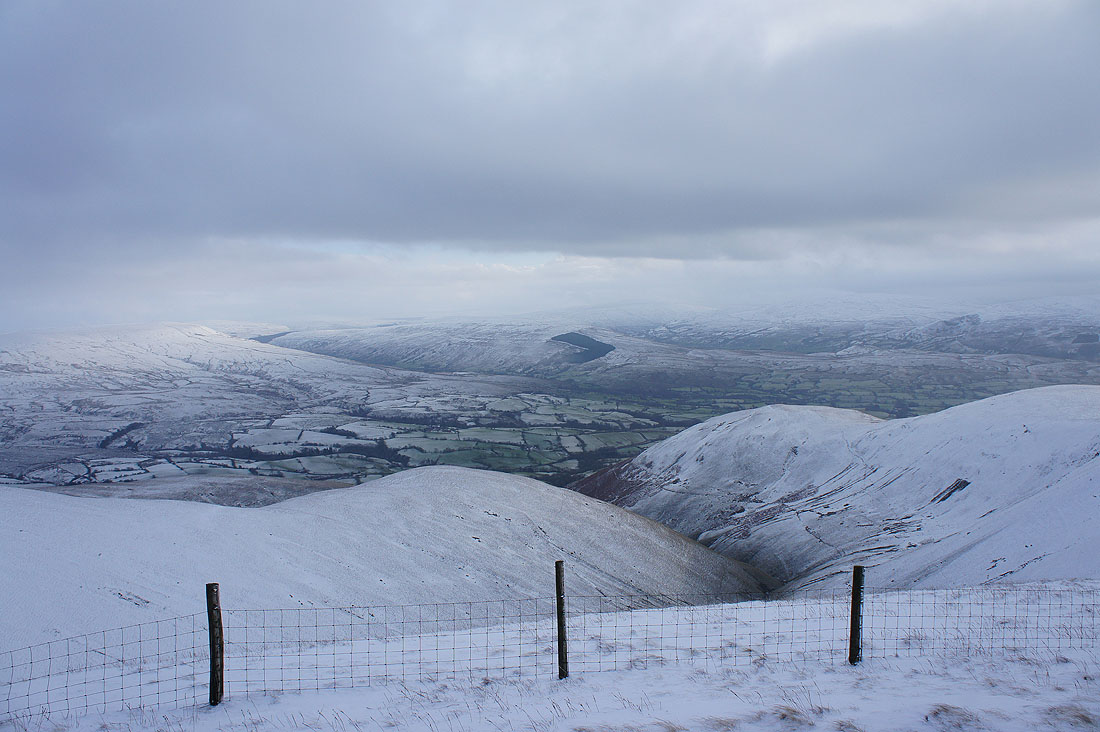 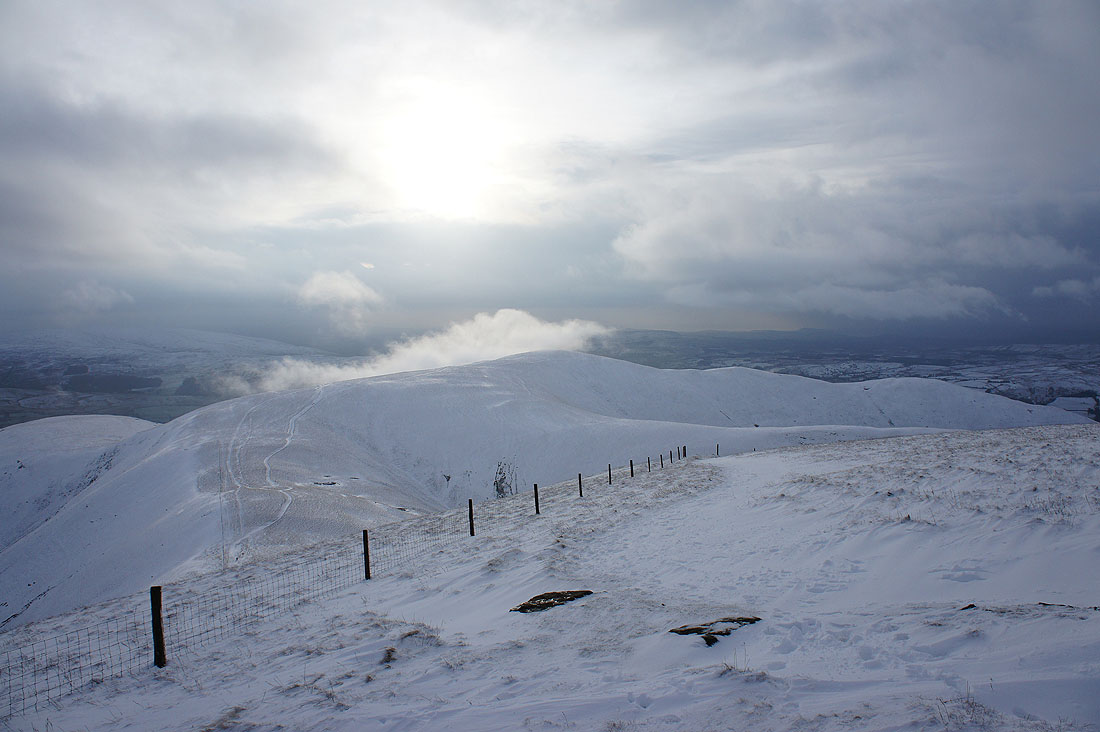 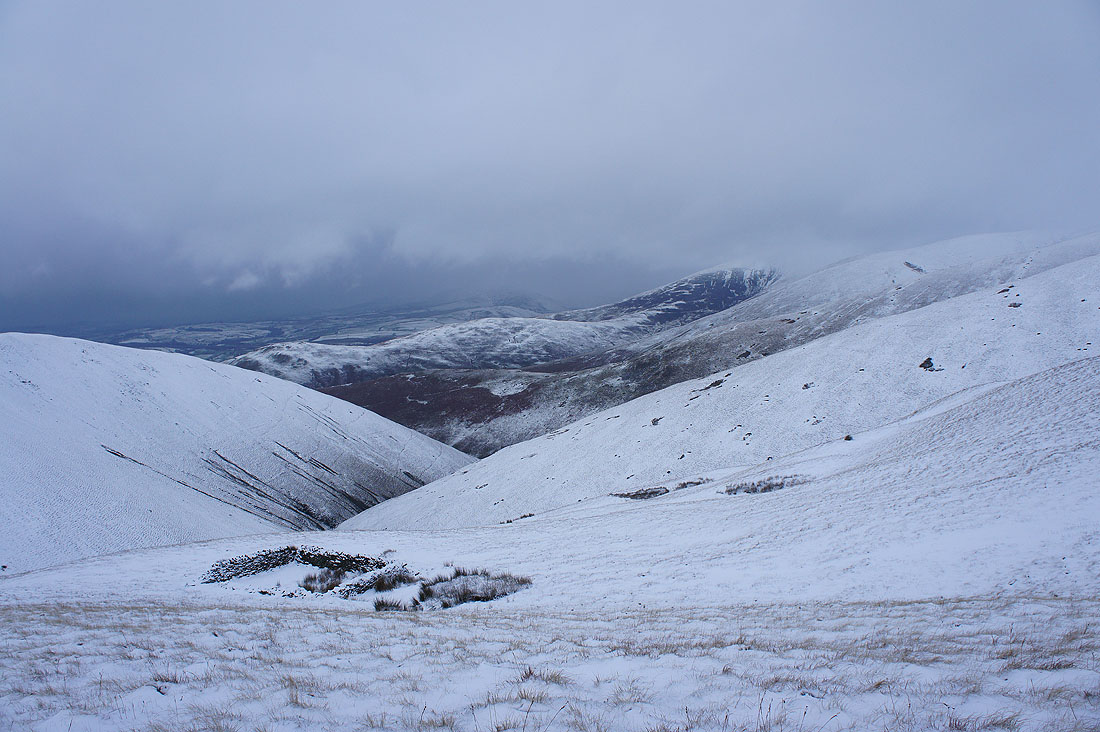 A snowy sheepfold and Howgill ridges 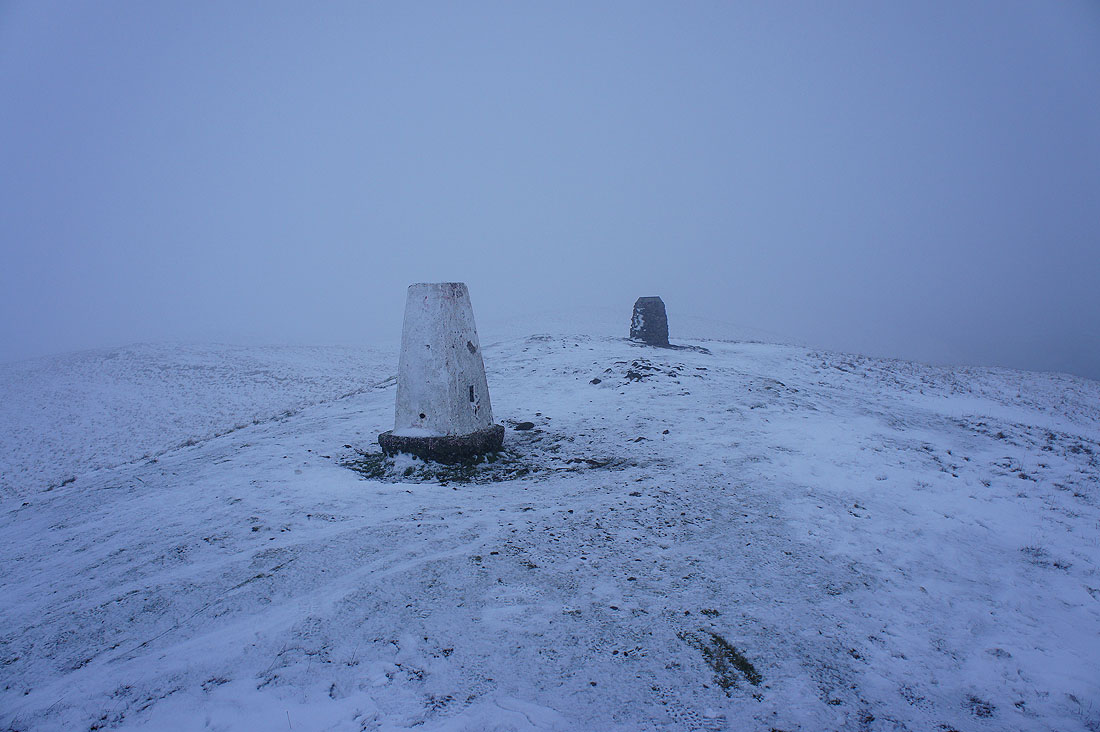 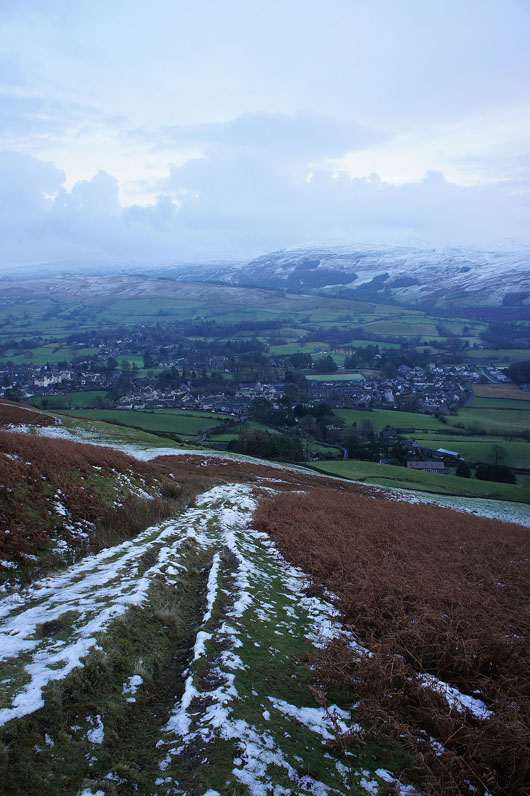