Despite a weekend of poor weather I still managed to get out for a walk, although I did question my decision to do so a couple of times while I was on the way up to Stoodley Pike. It was a little bit windy! Funny how I've ended up doing a walk to Stoodley Pike a few times before when it's been very windy. Perhaps it's the prospect of being able to shelter behind the monument when I reach it. It was windy from start to finish with it getting stronger the higher up I went and every so often a shower passed through which made things particularly wild. I did get the pleasure of seeing some rainbows though.

After parking in Hebden Bridge (on Holme Street, a small side-street south of the A646) I crossed the Rochdale Canal and walked east along the towpath until I reached Station Road. I left the towpath here, crossed Station Road and walked along Mayroyd Lane and then up Wood Top Road to Wood Top. I then took the bridleway around Wood Top, went up the tracks of Carr Lane and Spencer Lane, and the bridleway to Great Jumps, where I followed another bridleway west across the hillside to Kilnshaw Lane. I then made my way south along Kilnshaw Lane until I reached the Pennine Way, which I followed up to Stoodley Pike. After finding shelter for a much needed break I followed the Pennine Way back to Kilnshaw Lane, walked back along Kilnshaw Lane until I reached a crossroads of bridleways and turned left. I followed this bridleway northwest, then northeast onto Pinnacle Lane and to its end at Horsehold Lane. I crossed the road and took the footpath opposite, which took me across fields and down through woodland to Hebble End and Palace House Road. After walking down Palace House Road and across the bridge over the railway line I took a footpath down to the Rochdale Canal for a short walk back to where I was parked.
Route map 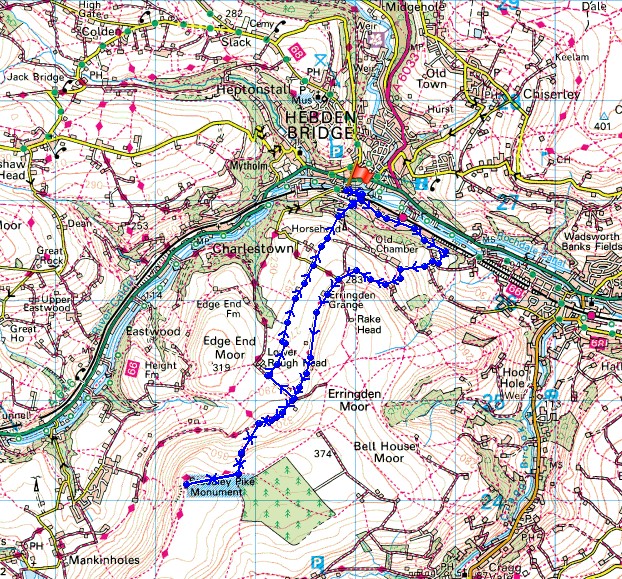 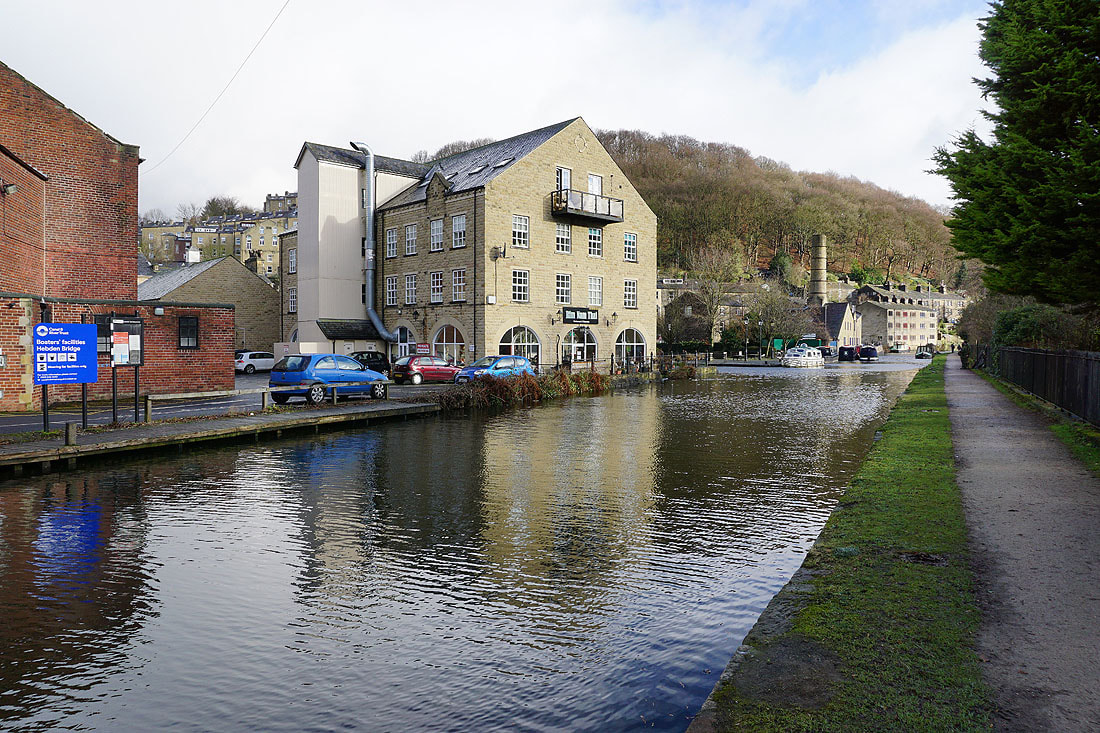 By the Rochdale Canal in Hebden Bridge.. 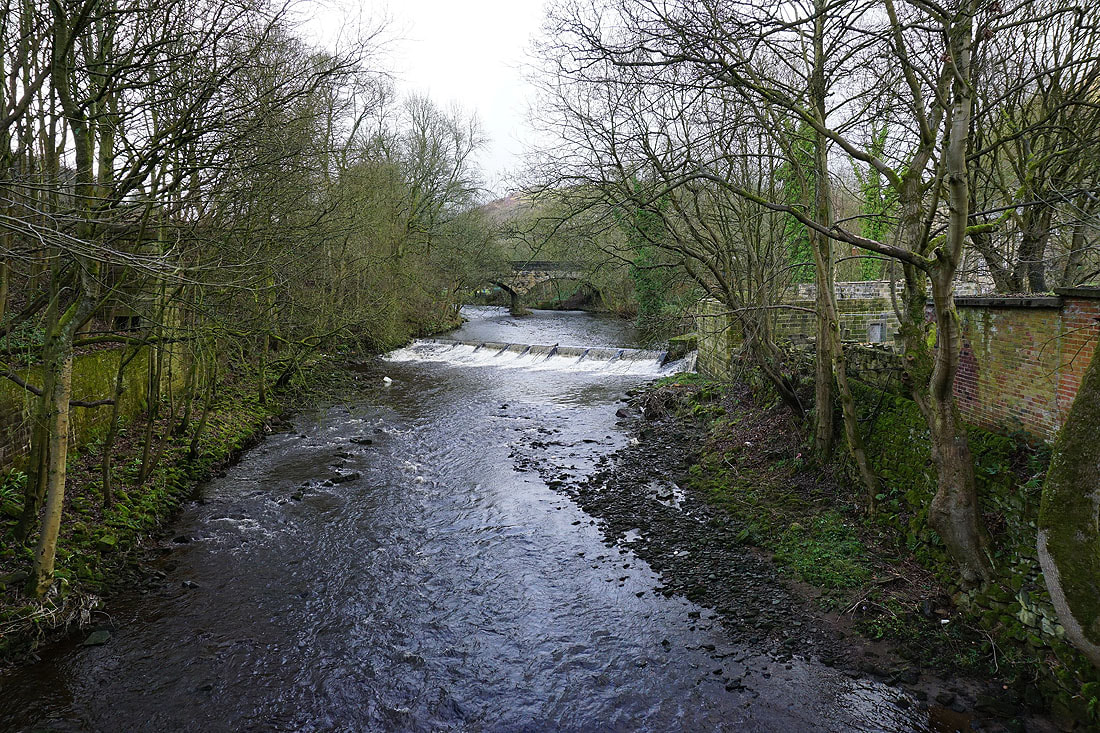 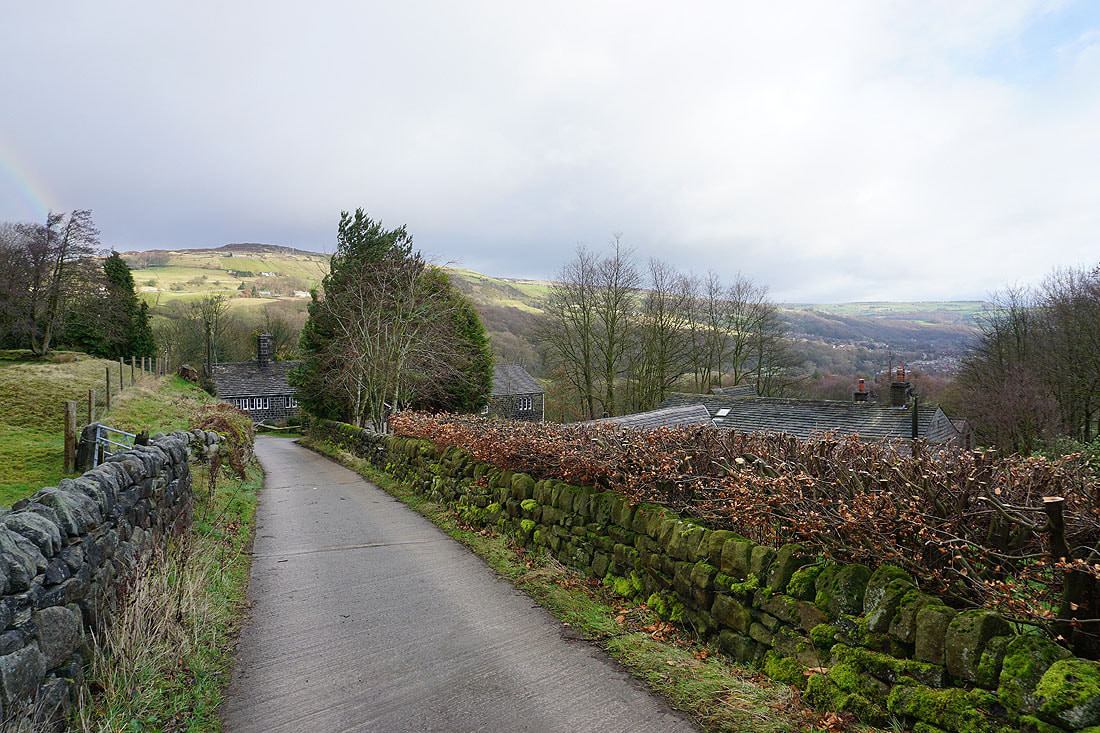 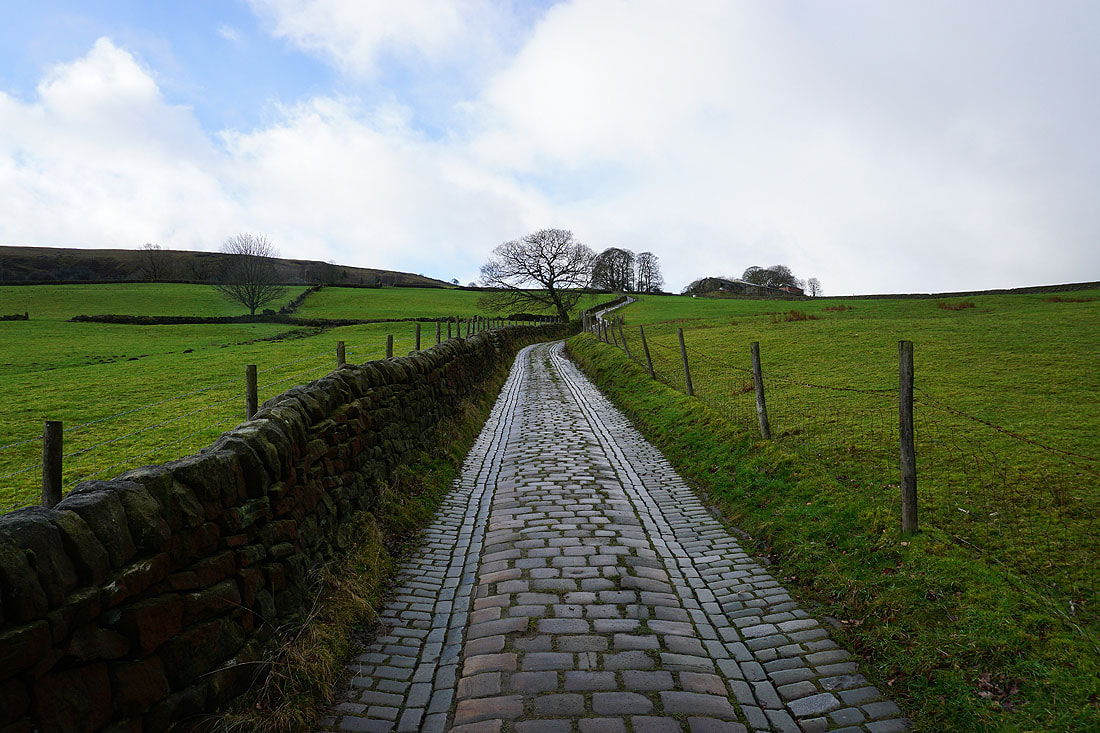 and heading up the byway of Spencer Lane 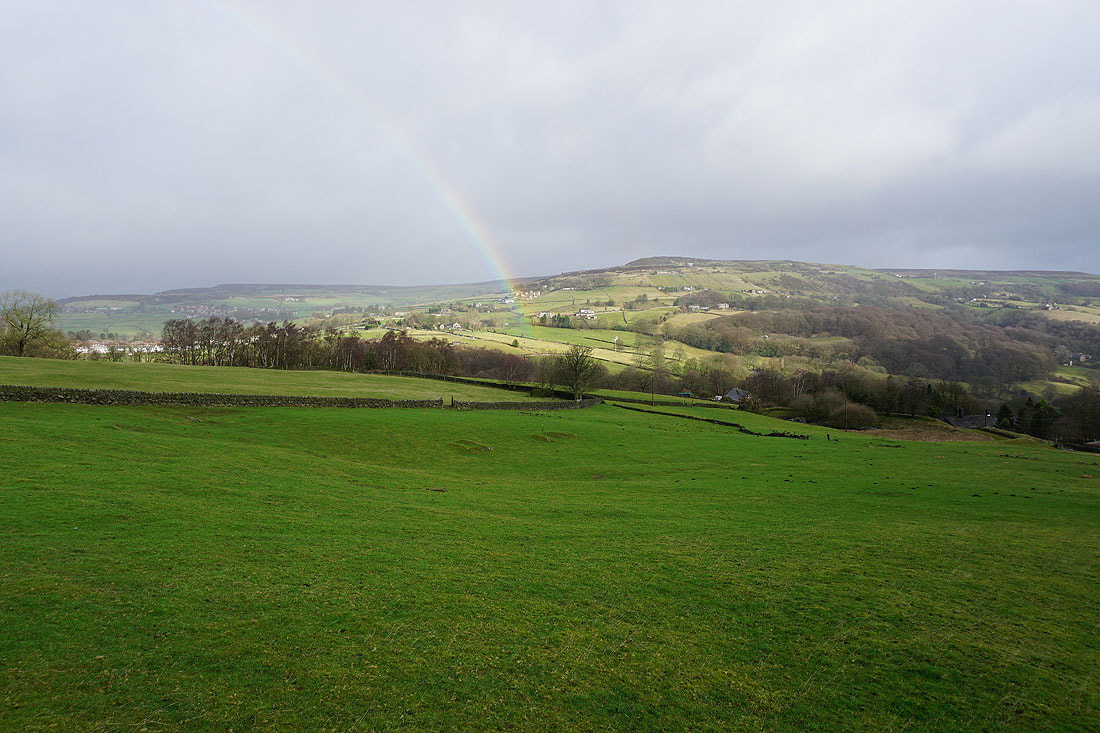 Looking across Calderdale to the southern end of Midgley Moor 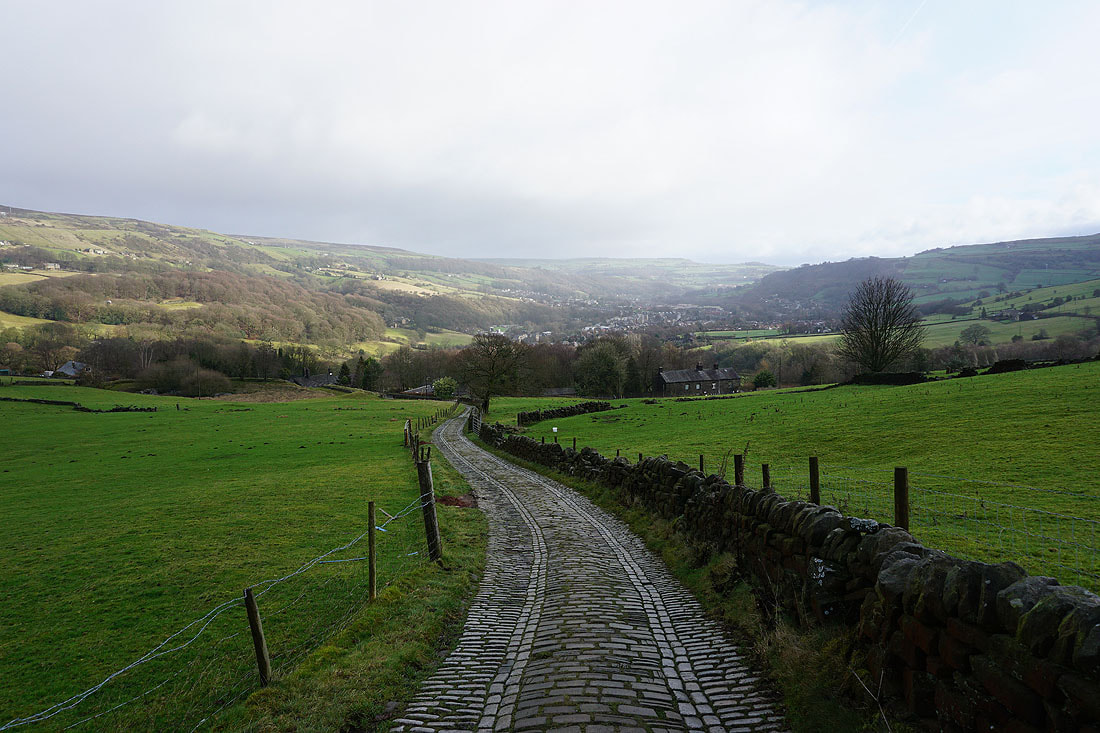 and down the valley to Mytholmroyd 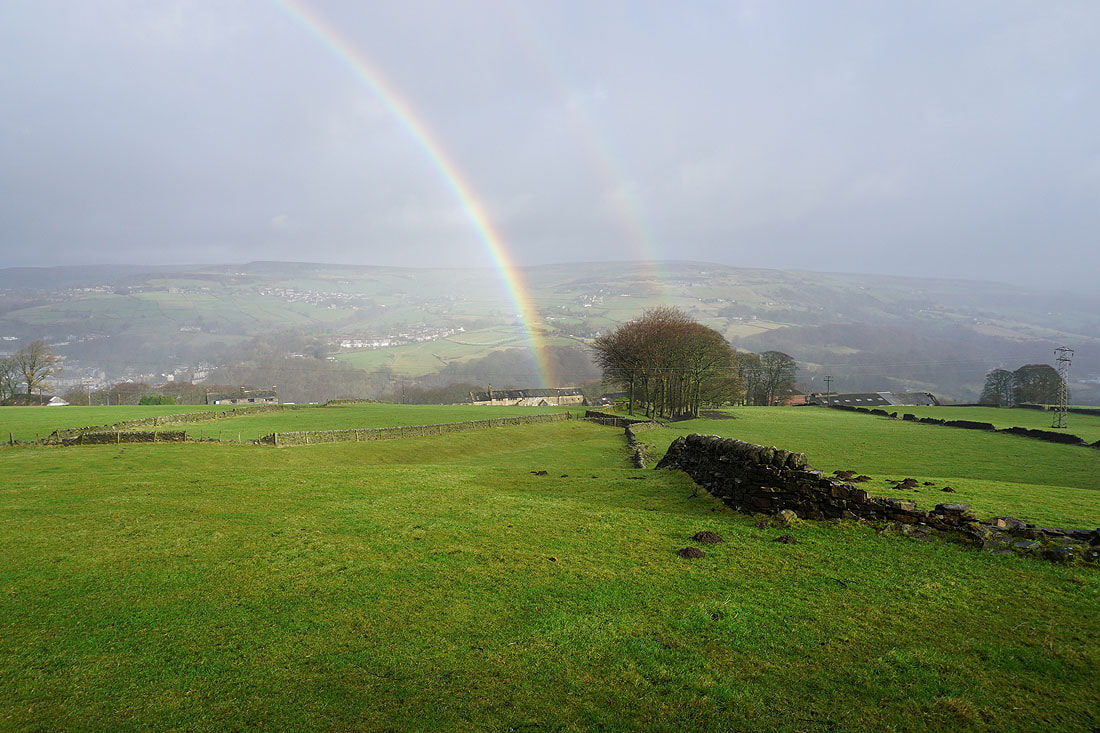 Stormy weather, and it's blowing a gale as I follow a bridleway west across the hillside to Kilnshaw Lane.. 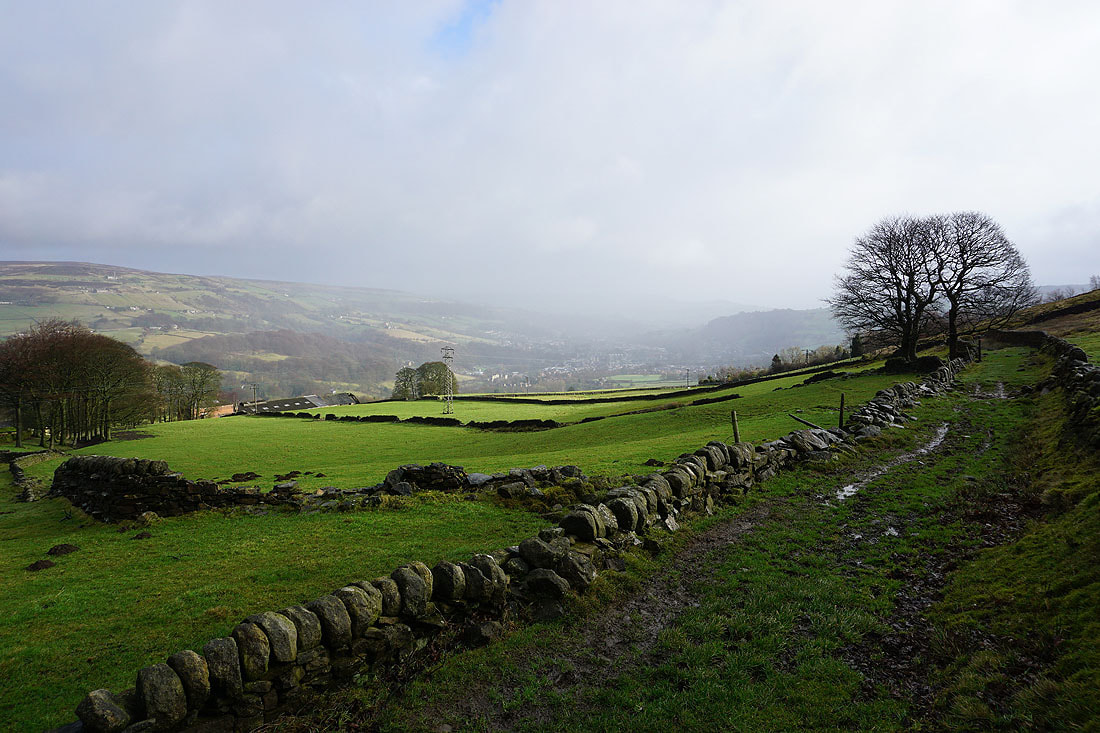 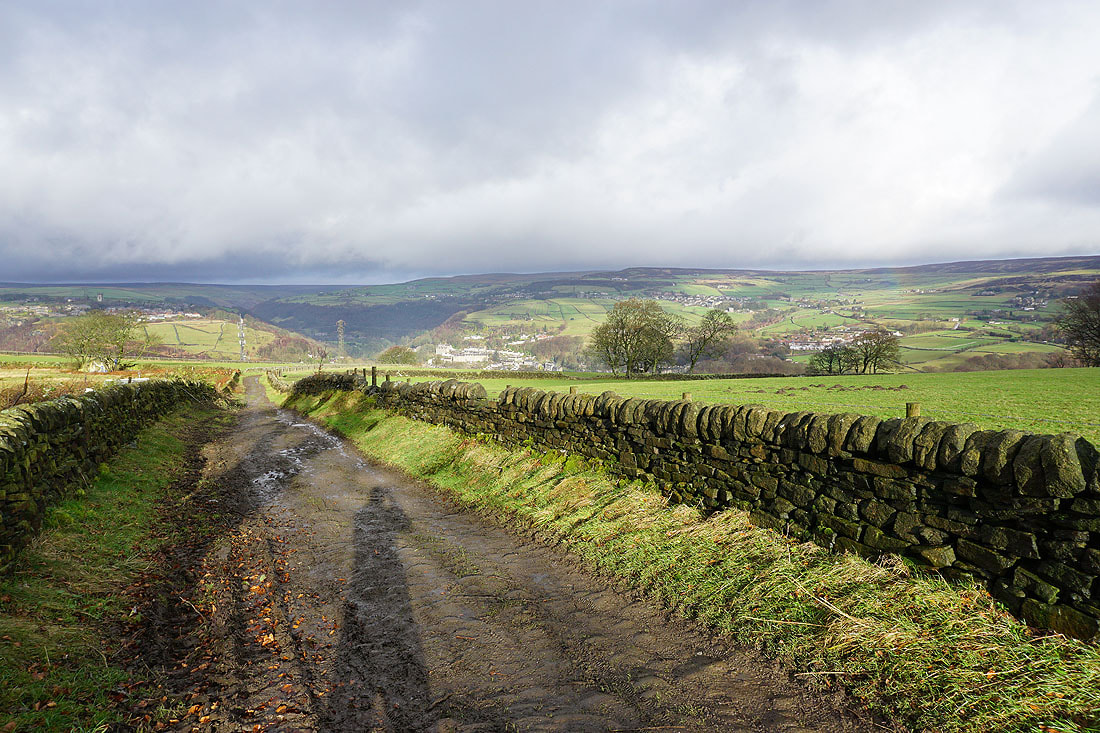 Sunshine on Hebden Bridge. I took a break here, in the shelter of the wall. 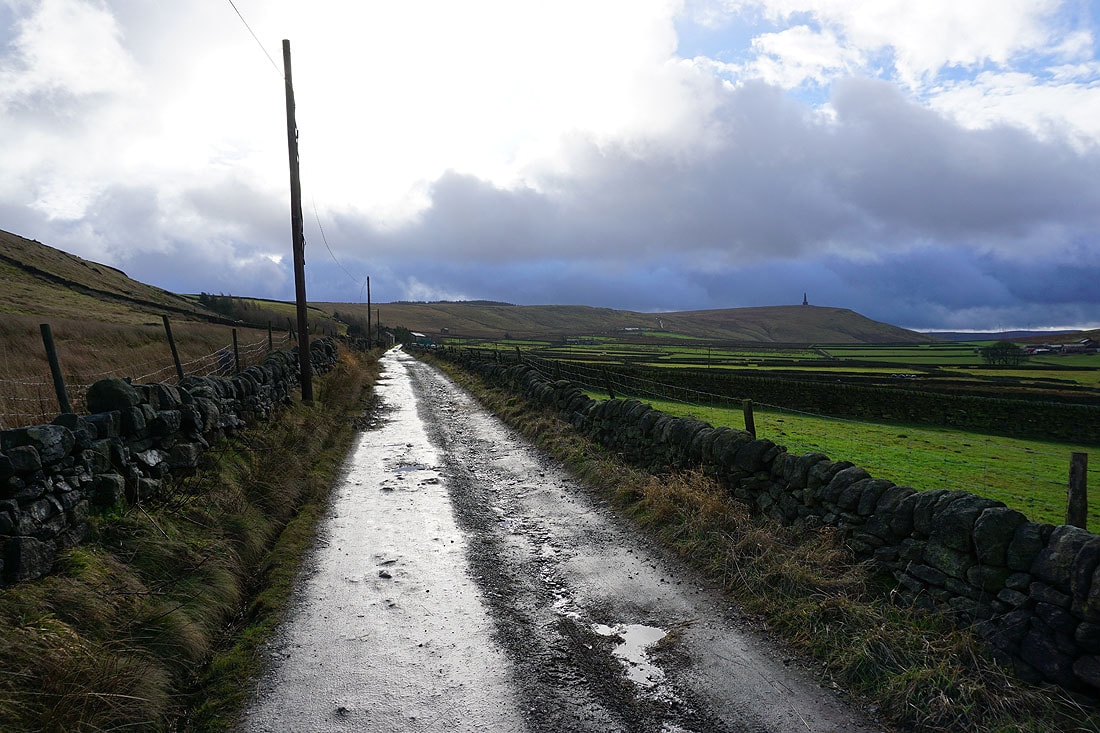 Heading south along Kilnshaw Lane and Stoodley Pike is in sight 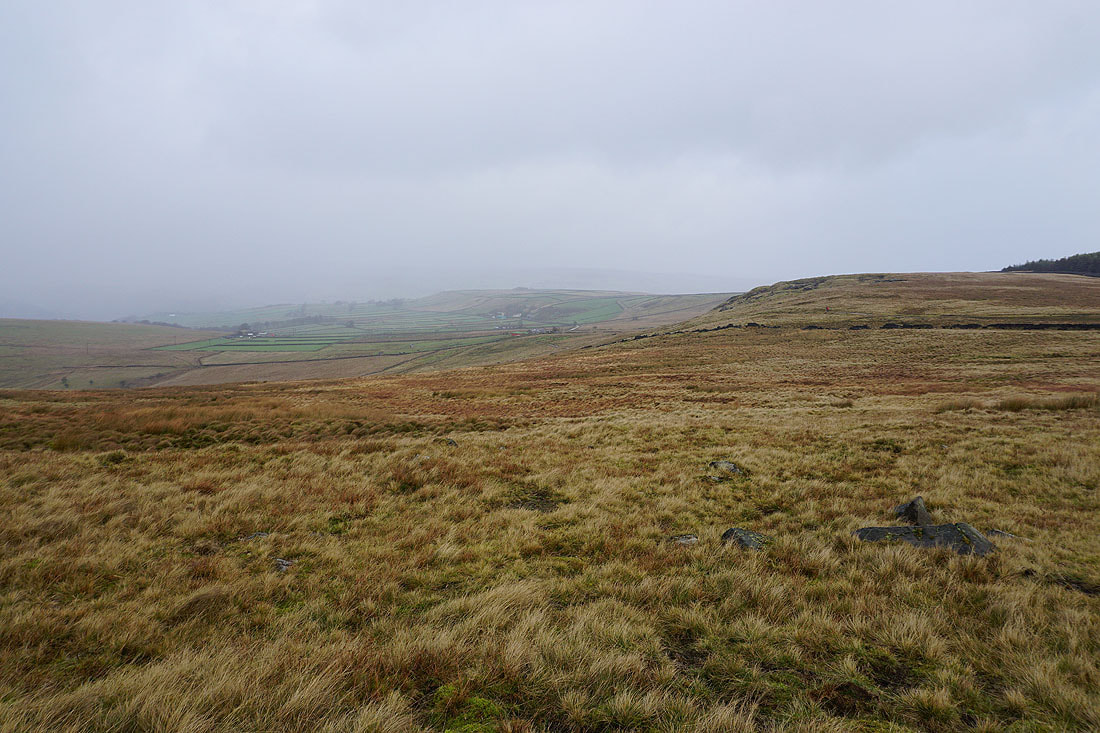 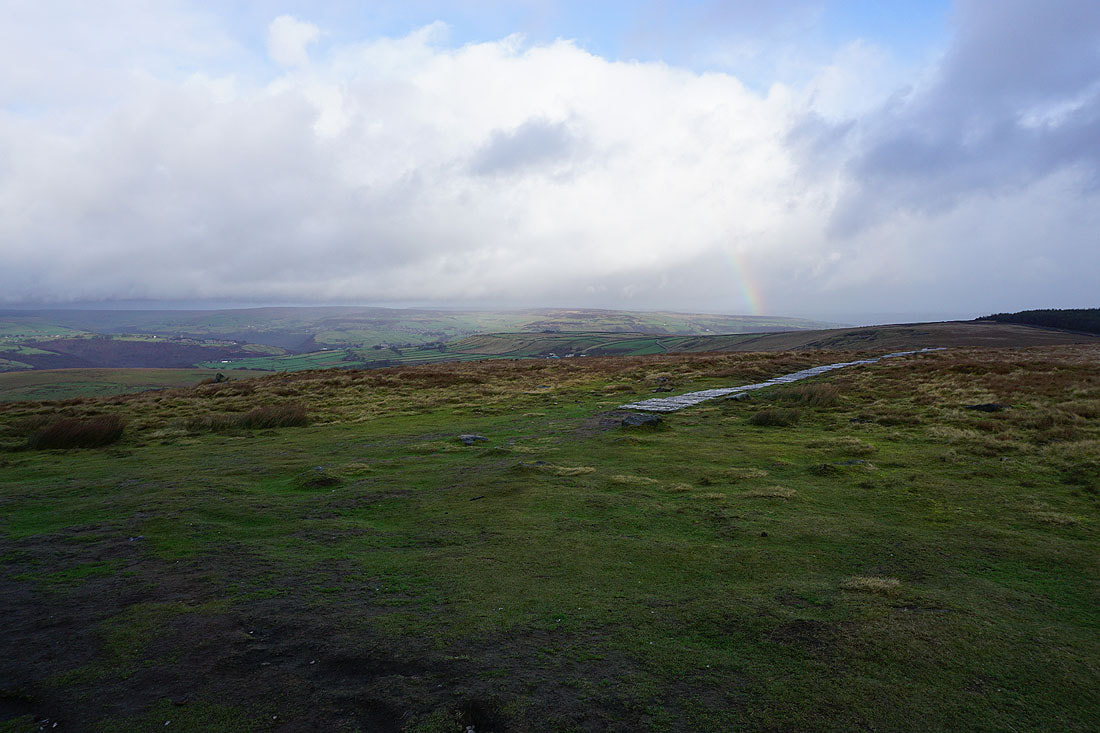 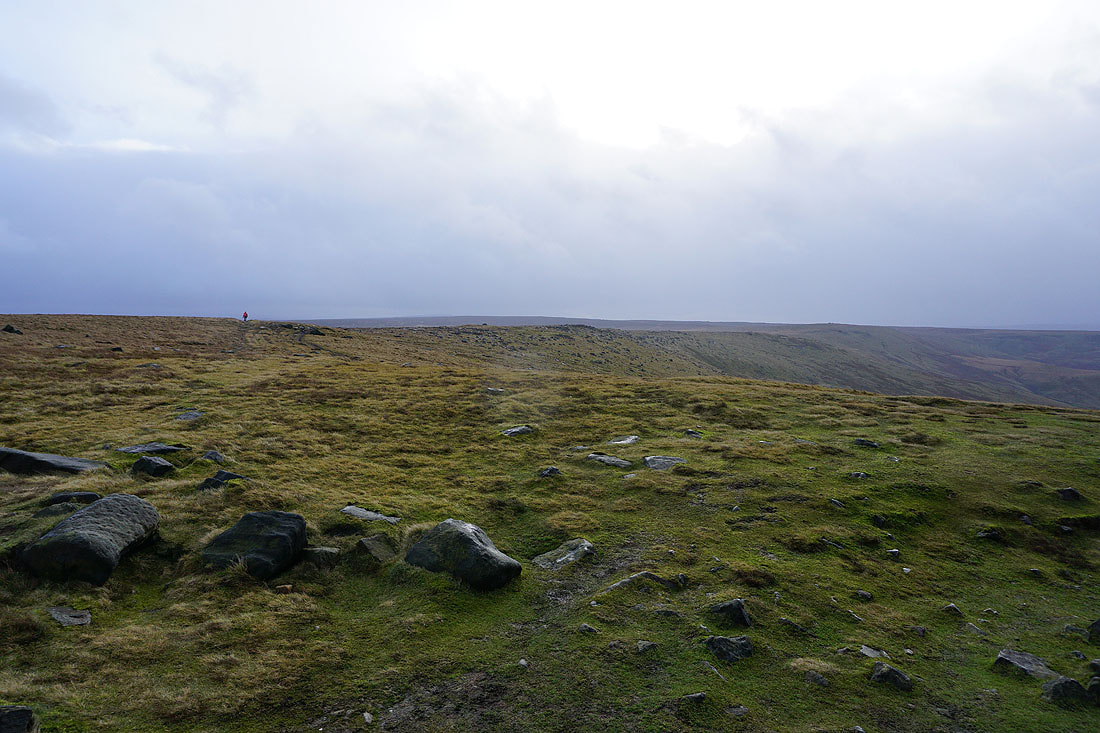 The moorland edge to Langfield Common. I wouldn't fancy having to go that way, the wind's strong enough to push you around. 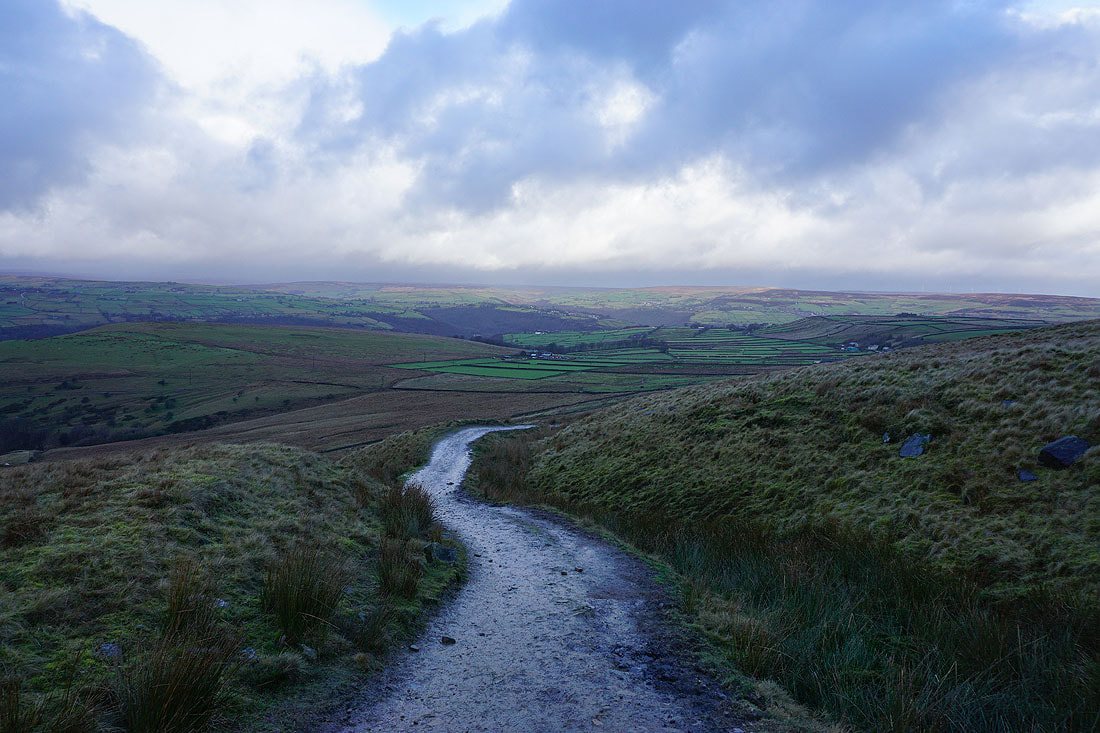 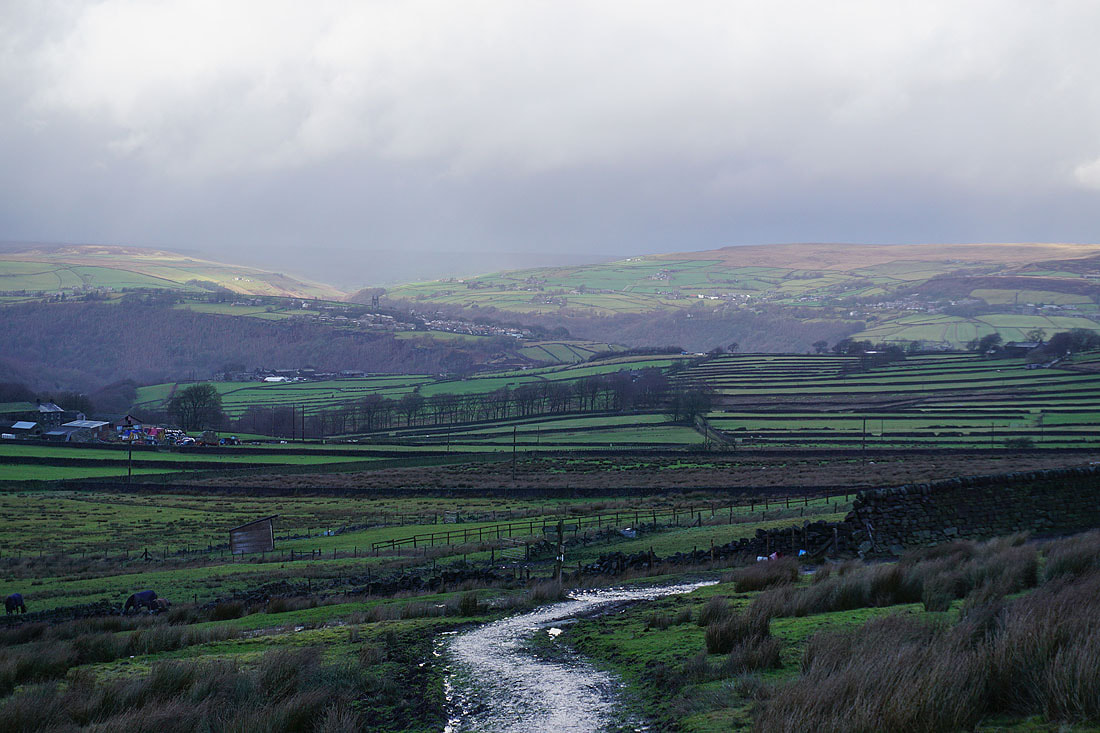 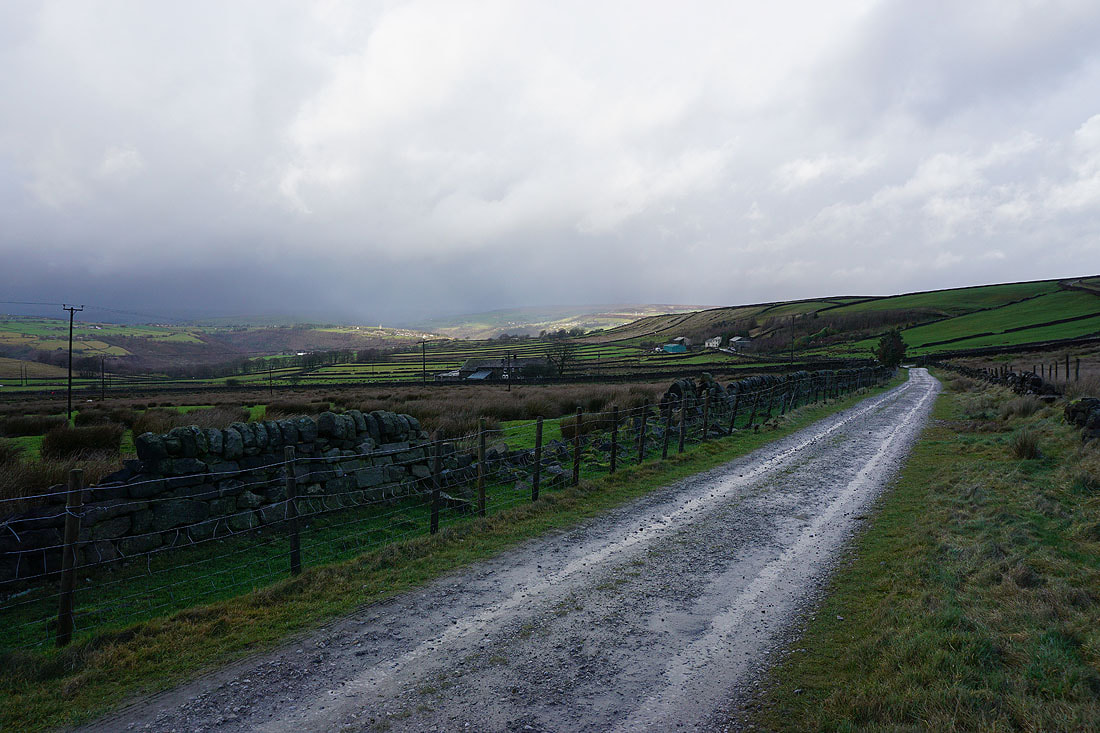 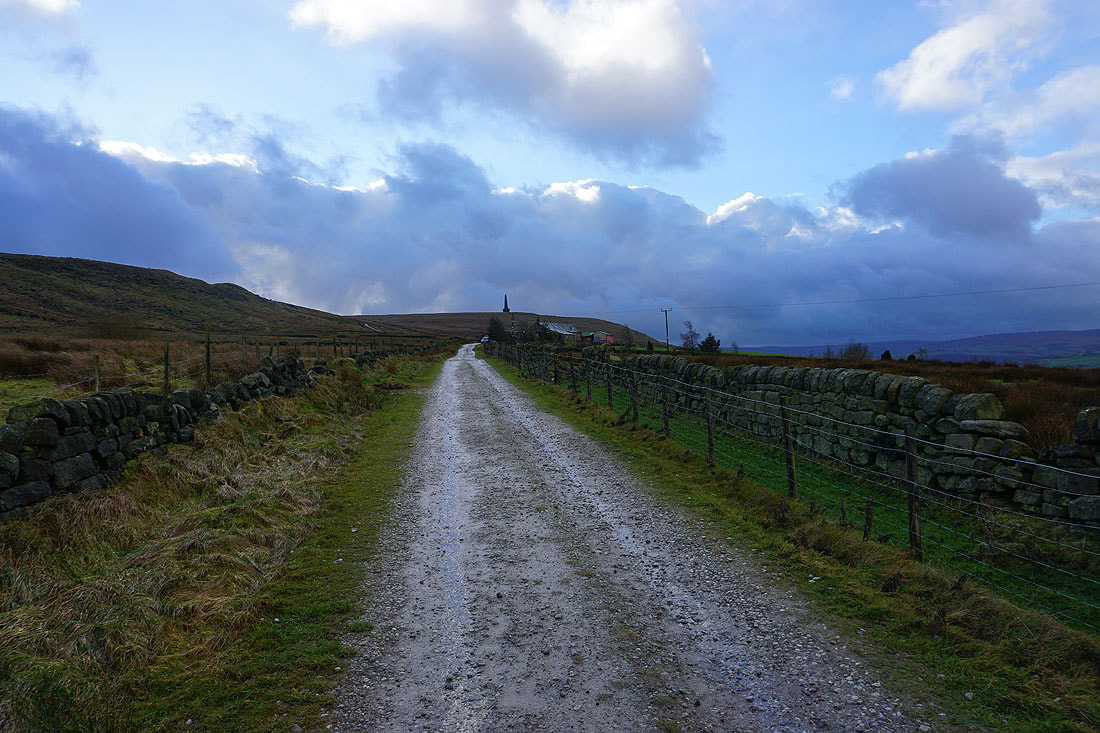 Looking back to Stoodley Pike 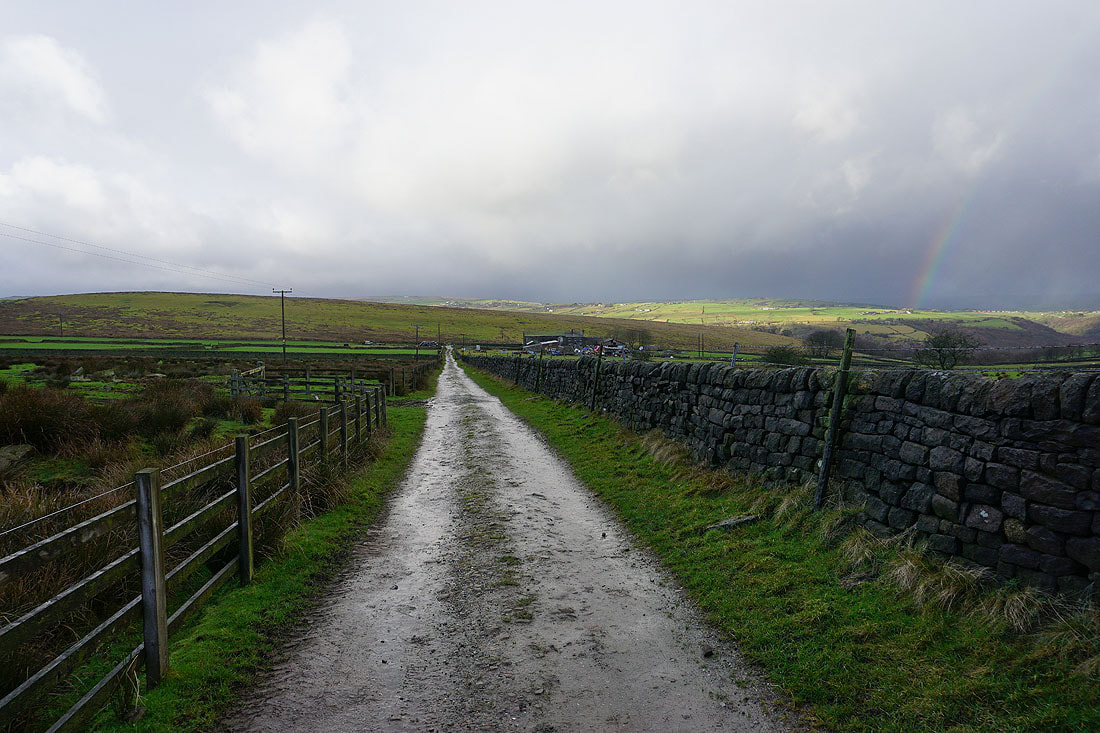 On the bridleway to Lower Rough Head 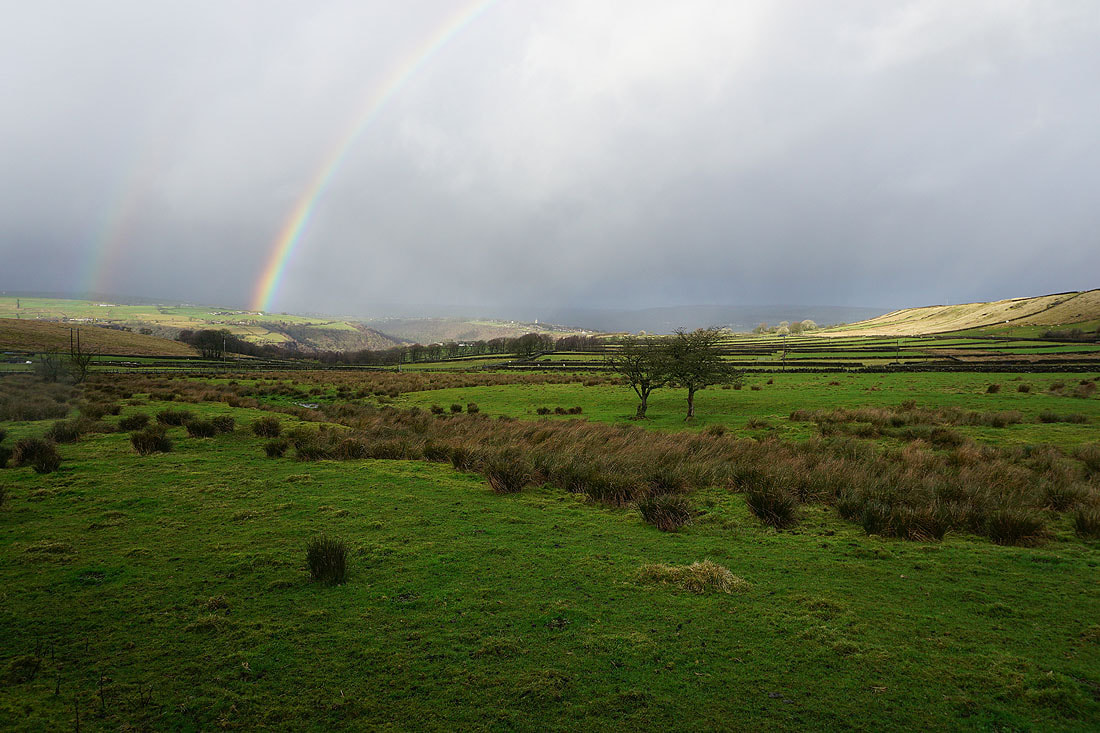 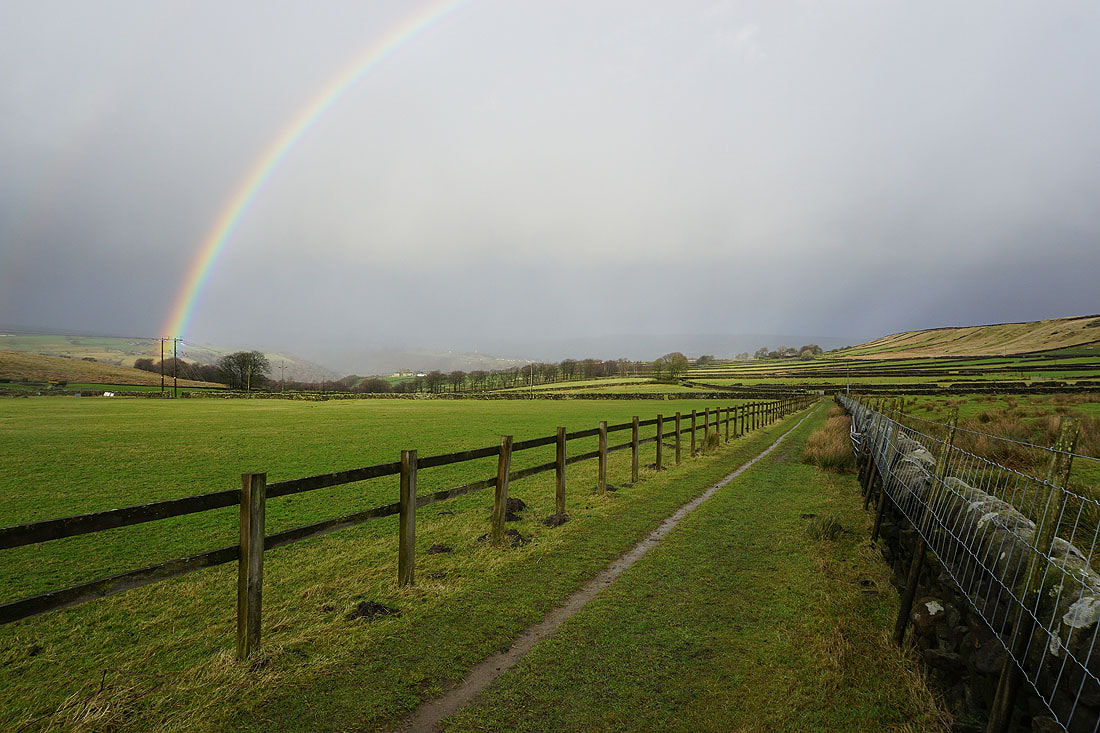 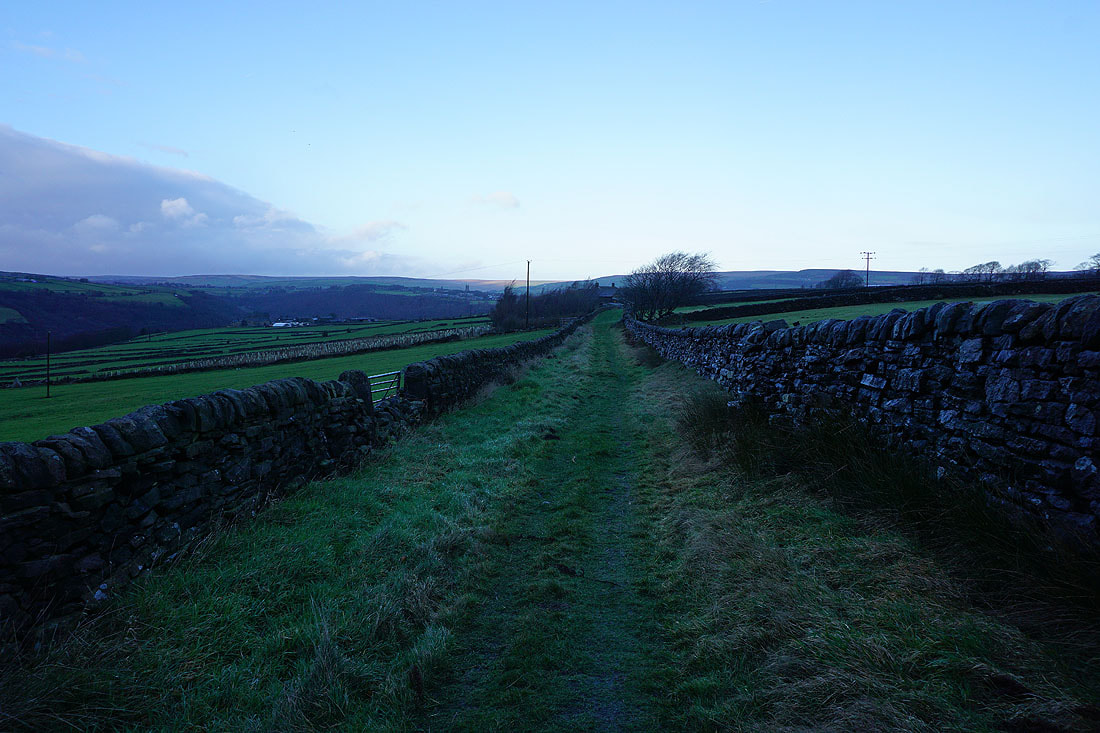 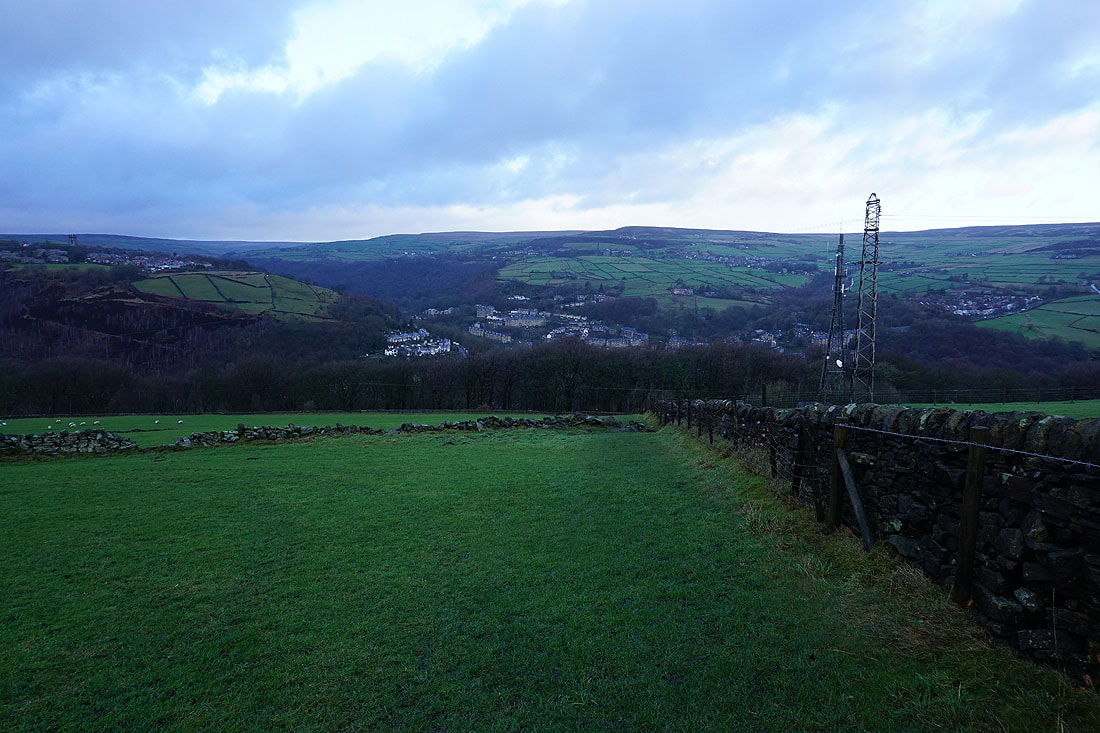 Hebden Bridge ahead as I head down to Hebble End 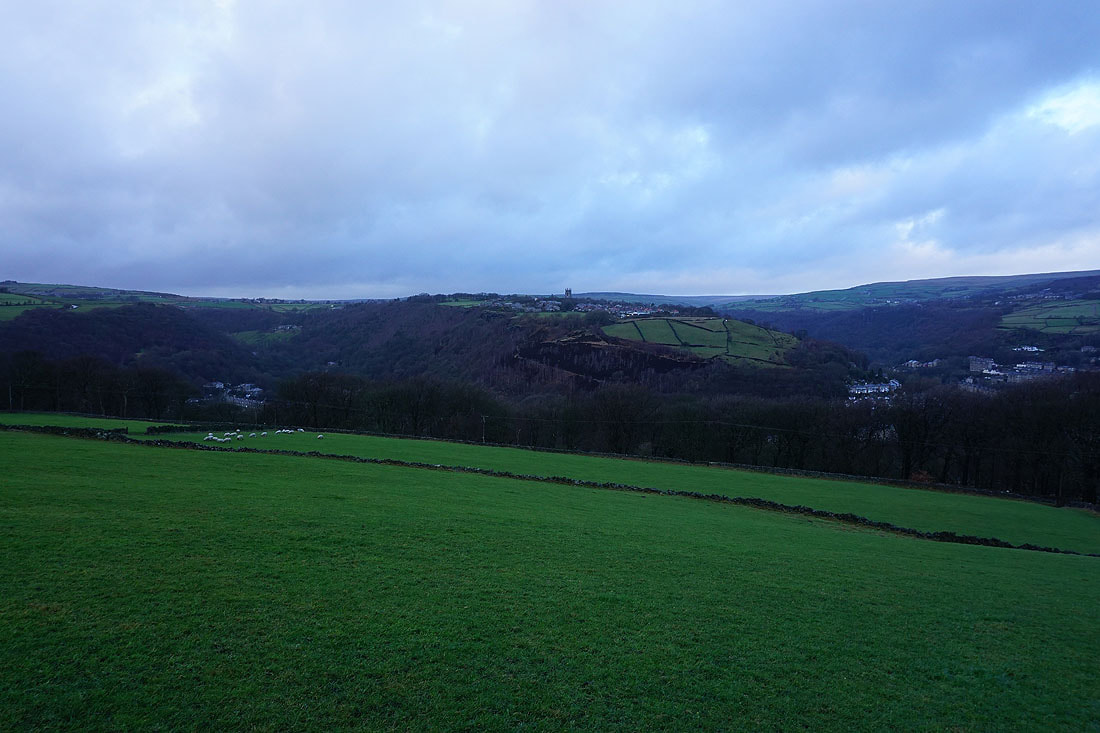 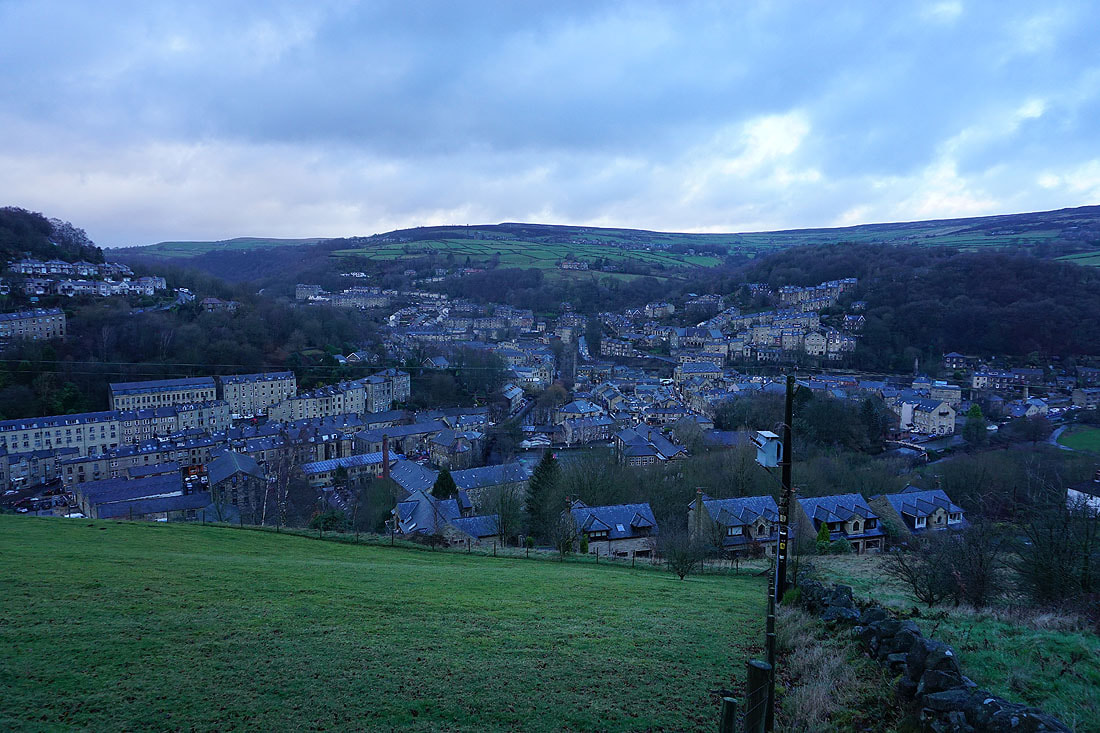 Back down to Hebden Bridge..