The last day of my long weekend and I decided to head to Horton-in-Ribblesdale for a walk that stuck to the valley floor or the low moorland above it. It made a change from Penyghent, which has been my only target from Horton and it meant that I could get to know Ribblesdale better. There's plenty of interest on the sides of the valley with numerous pot holes and caves. The route I followed today took in a few of them. It's a good job that I was doing a low level walk given the weather I ended up with. I was expecting better given what was originally forecast but after enduring ninety minutes of persistent heavy showers it finally brightened up around midday. There were then a few hours of sunny spells and a strong wind before clouding over with rain again on the way back down to Horton. The day was rounded off with fish and chips at "The Fisherman" in Settle.

​From the car park in Horton I walked by the road towards Ribblehead before turning right at The Crown pub and taking the trail of the Pennine Way. I followed the trail north to Sell Gill Holes where I joined the Ribble Way and I left this trail by taking a path down Scale Pasture to reach the road to High Birkwith. This road is part of the Pennine Bridleway and I stayed on this past High Birkwith to join up with the Pennine Way again at Old Ing. After a detour to the top of Cave Hill I finally left the Pennine Way at Ling Gill Bridge, the northern limit of my route. At Ling Gill Bridge I turned left onto a path to New House Barn, then left again onto a path down to Nether Lodge, where I joined the Ribble Way then Pennine Bridleway back to High Birkwith. From High Birkwith I then followed the path down to Low Birkwith, by Coppy Gill, across the Ribble and up to the hamlet of Selside. I turned right and walked along the road for a short distance to reach the byway on the left onto the moor. At the top of the byway I turned left, (straight on is the path to Alum Pot, which is on private land and there is a fee of £1 payable to Selside Farm, I didn't have time but I'll definitely have a look at it sometime) onto a track then path across fields to join up with the Pennine Bridleway above Borrins Farm. This was followed south across the limestone pavements of Sulber to a crossroads of paths where I turned left and took the one through Sulber Nick and back to Horton.
Route map 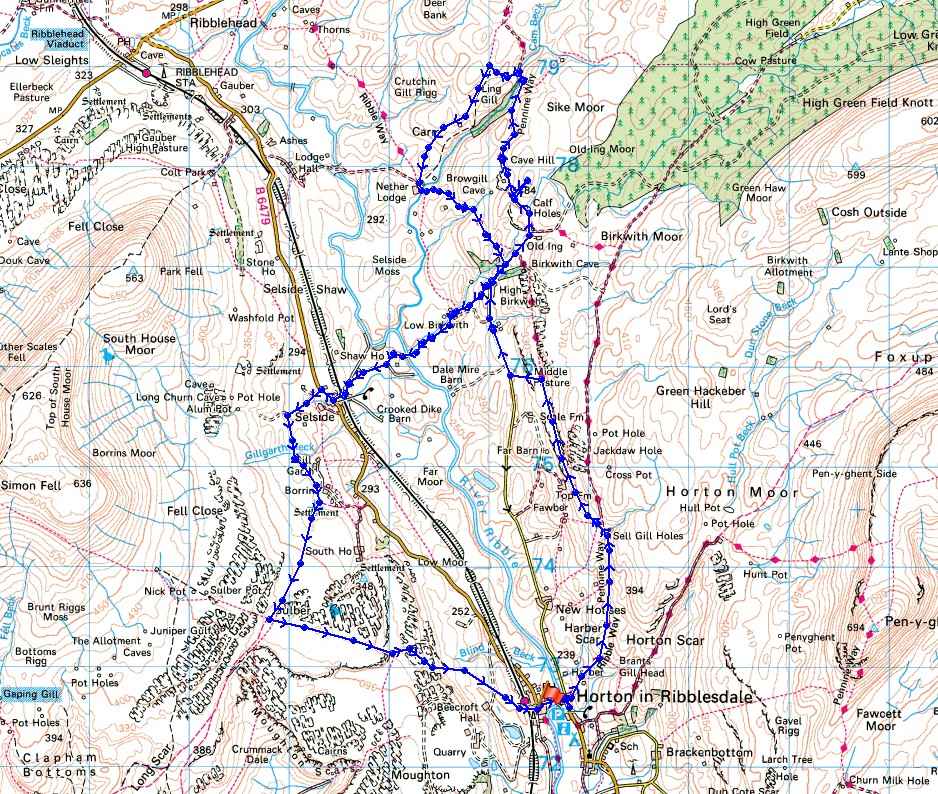 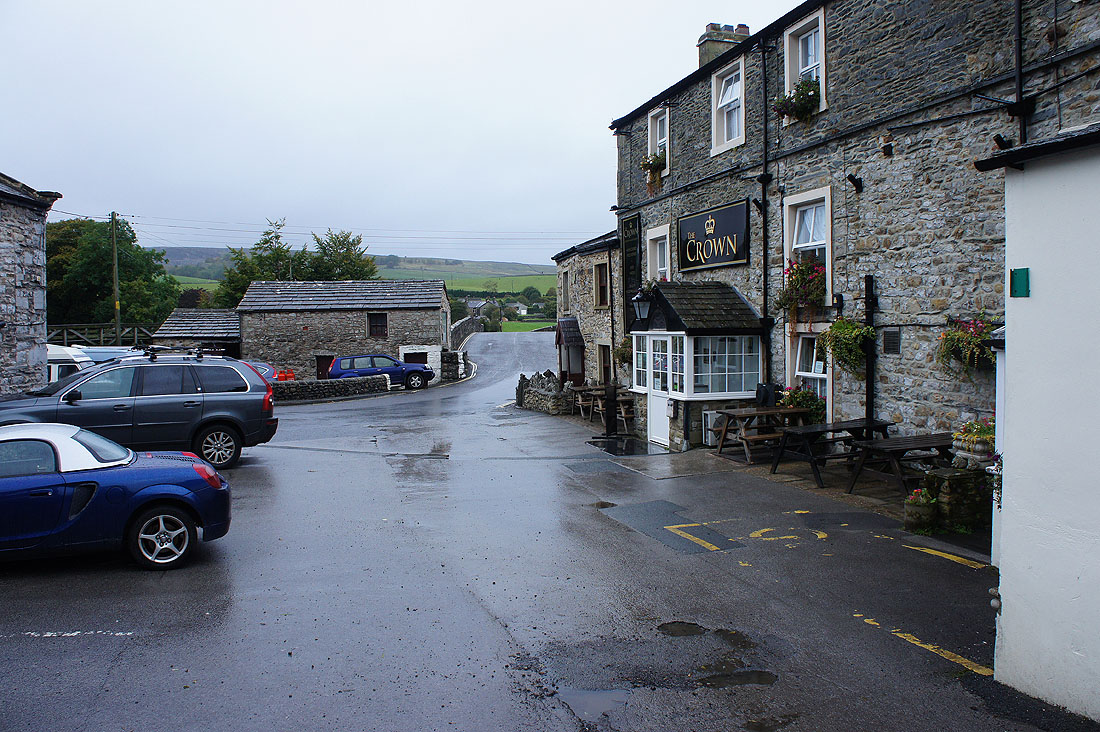 It's a grey morning as I leave Horton-in-Ribblesdale.. 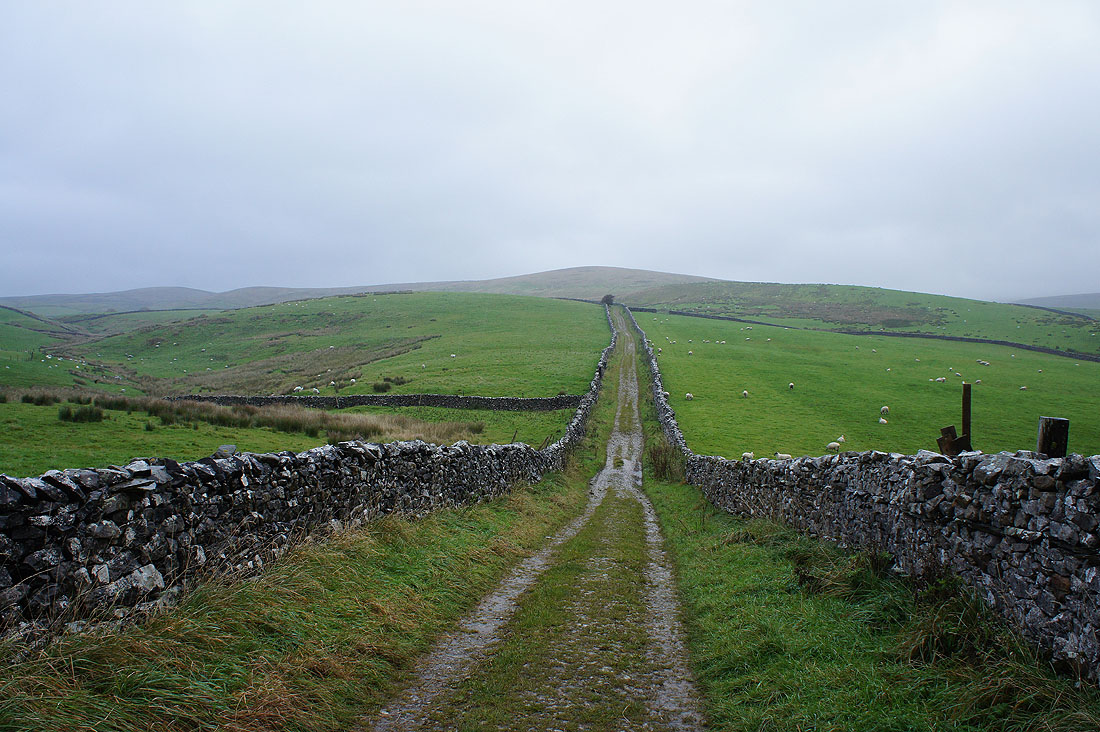 ..and take the Pennine Way 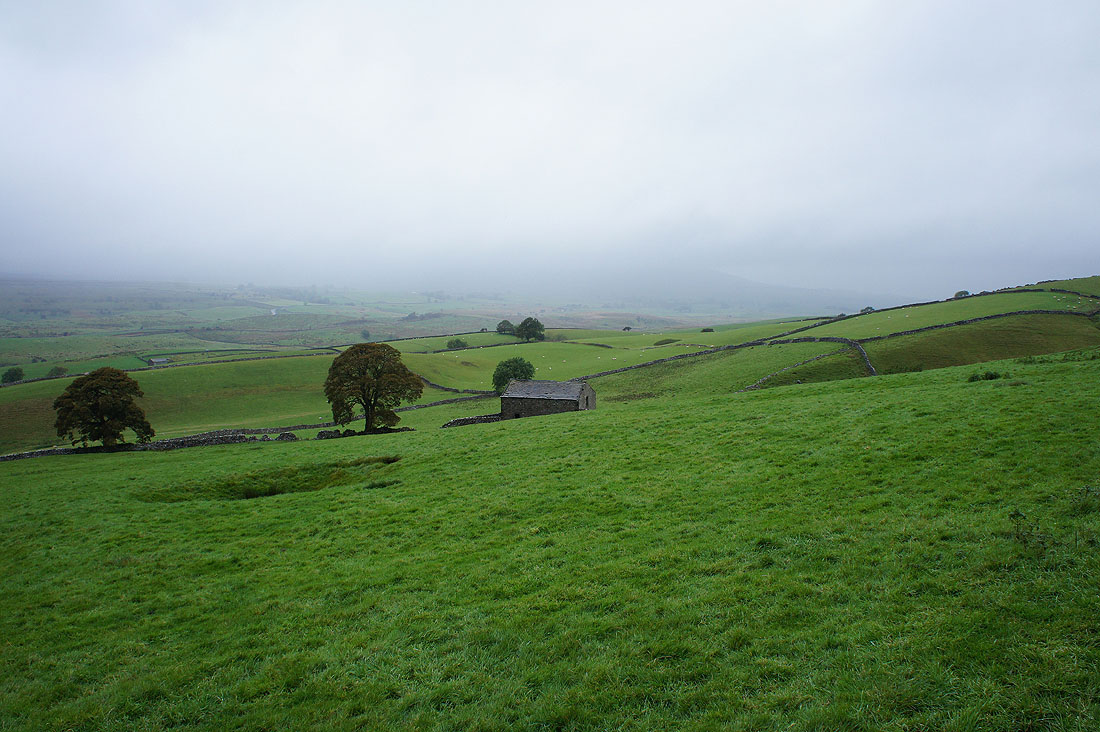 Looking across a very murky Ribblesdale. It's raining quite heavily at the moment and the only good thing is that the wind is at my back. 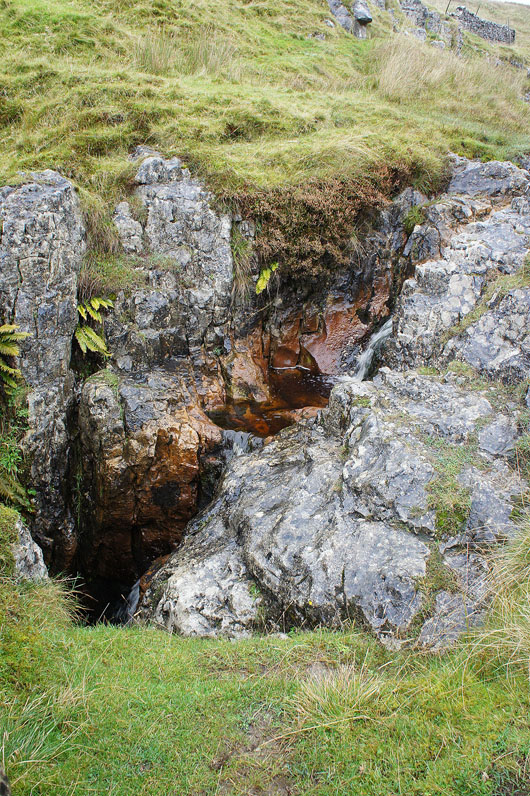 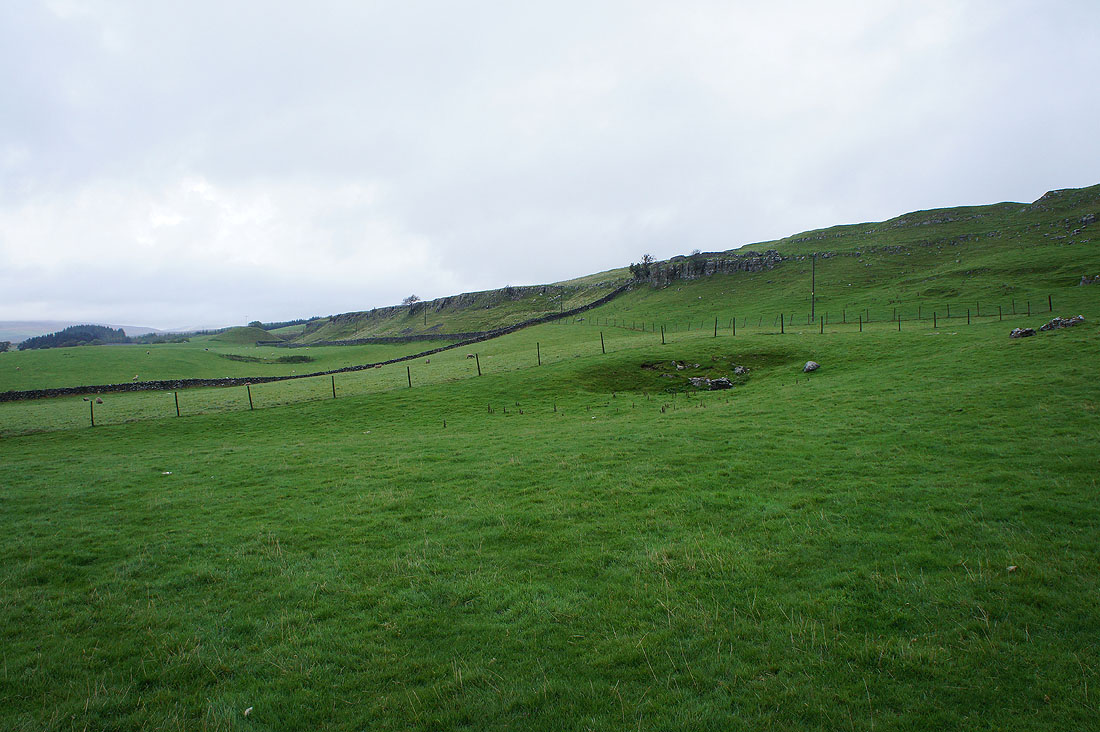 The limestone escarpment of Sheep Scar. I left the Pennine Way for the Ribble Way and now I'm on a footpath down to the road to High Birkwith. 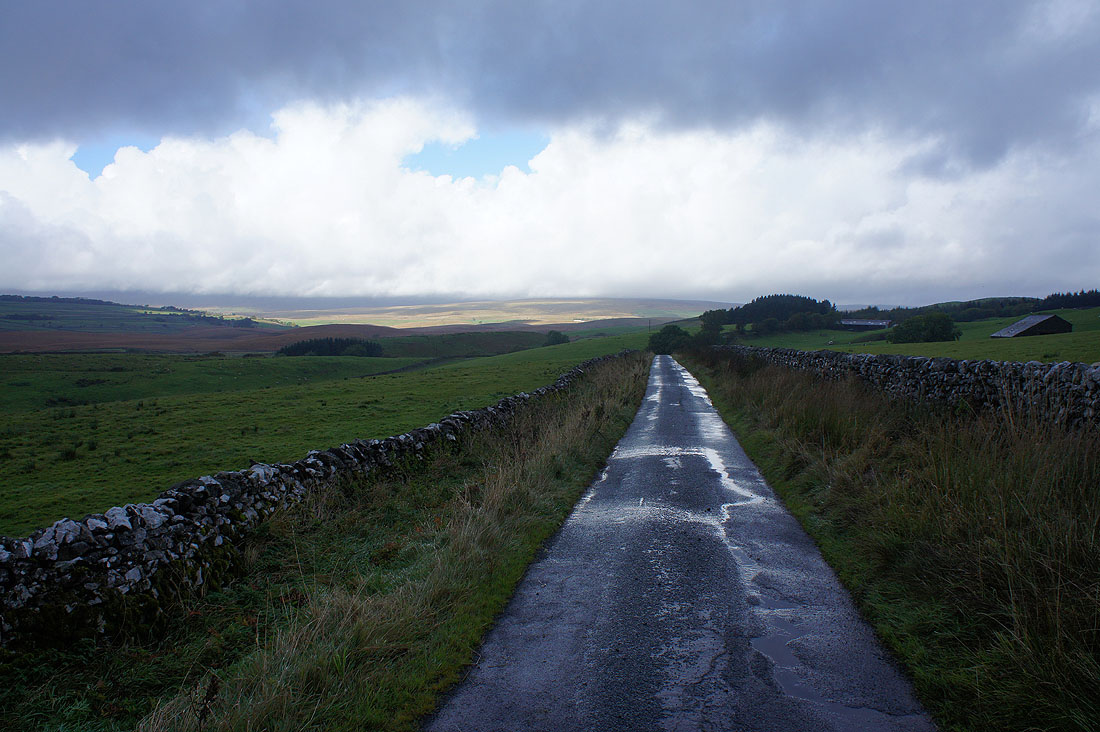 It looks like the weather is improving at last 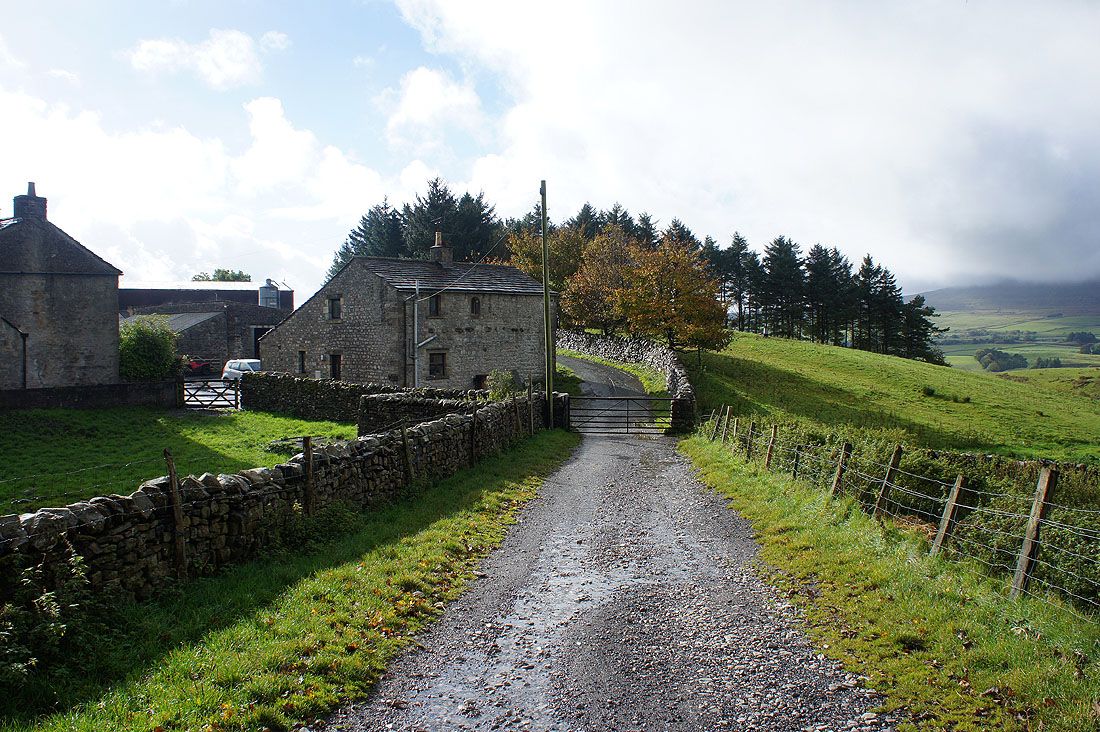 The sun is out at High Birkwith 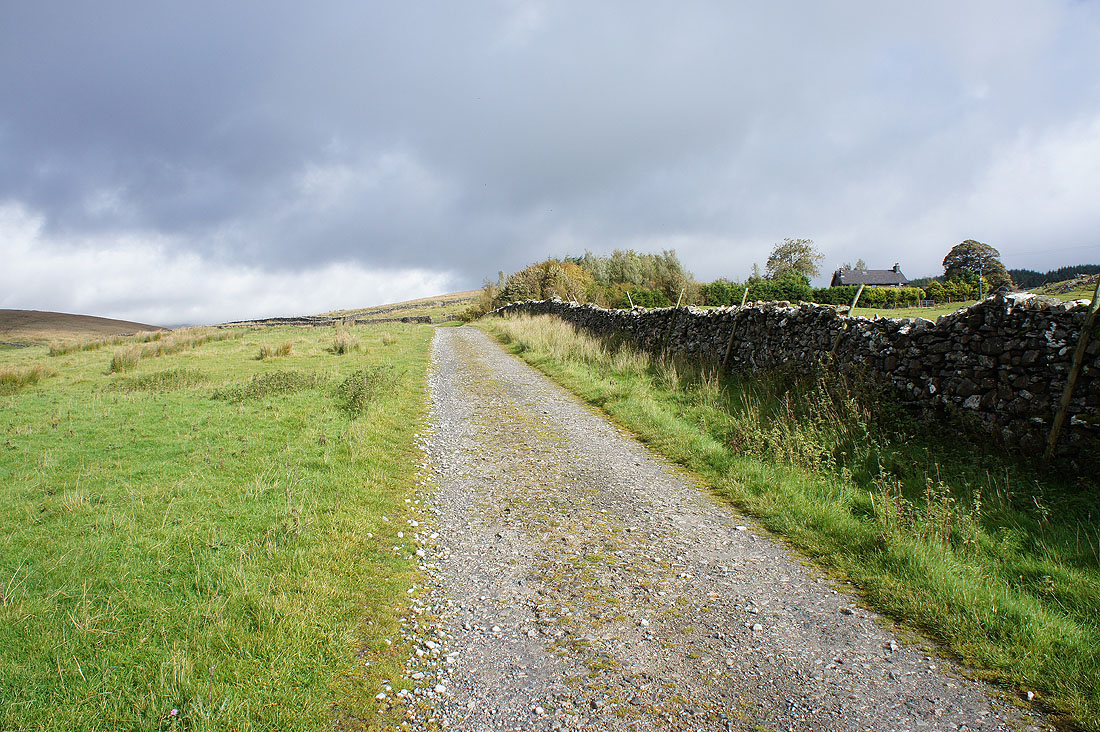 On the Pennine Bridleway as I approach Old Ing 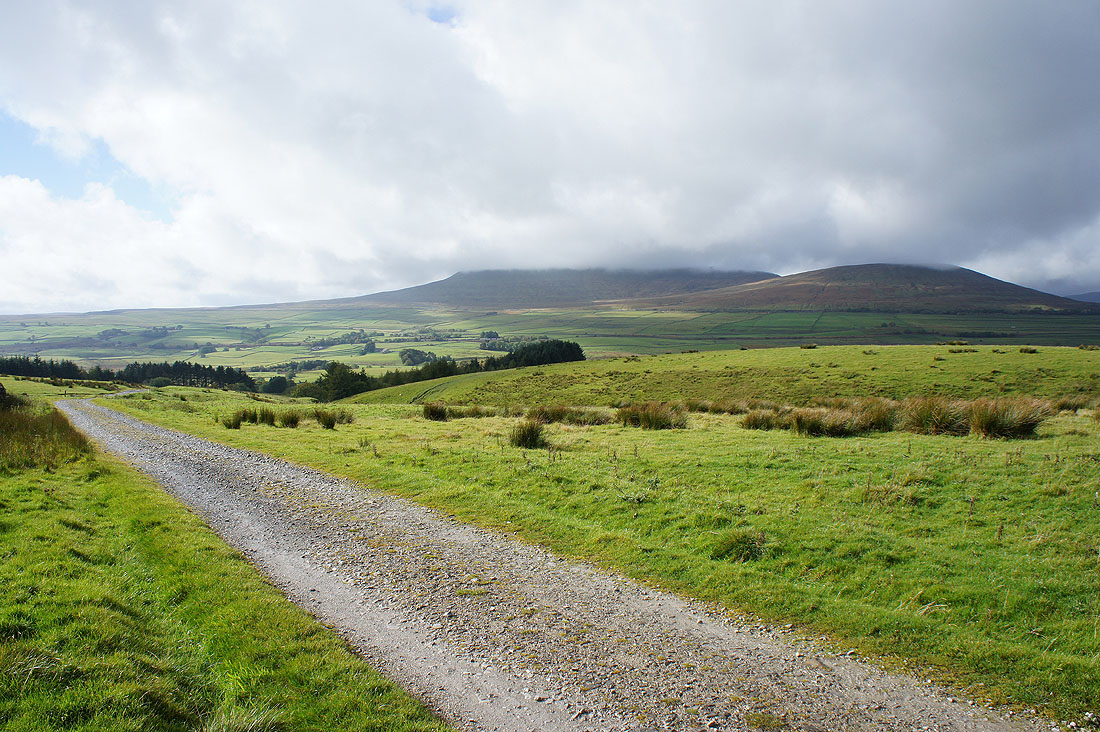 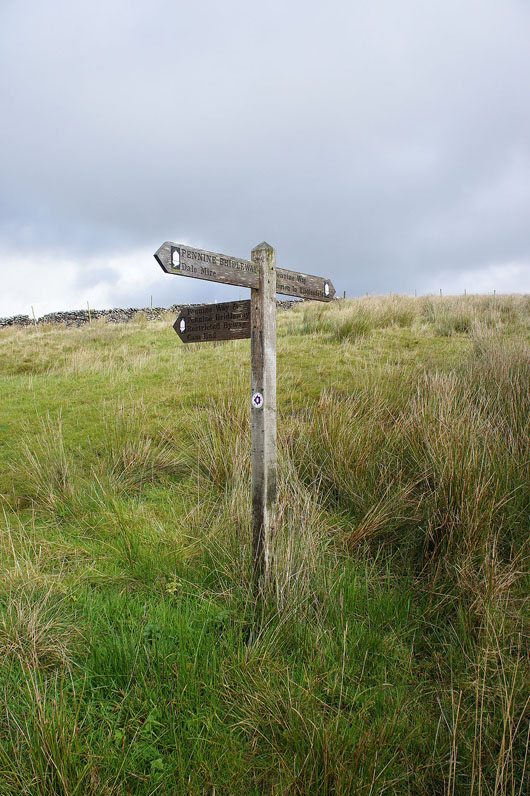 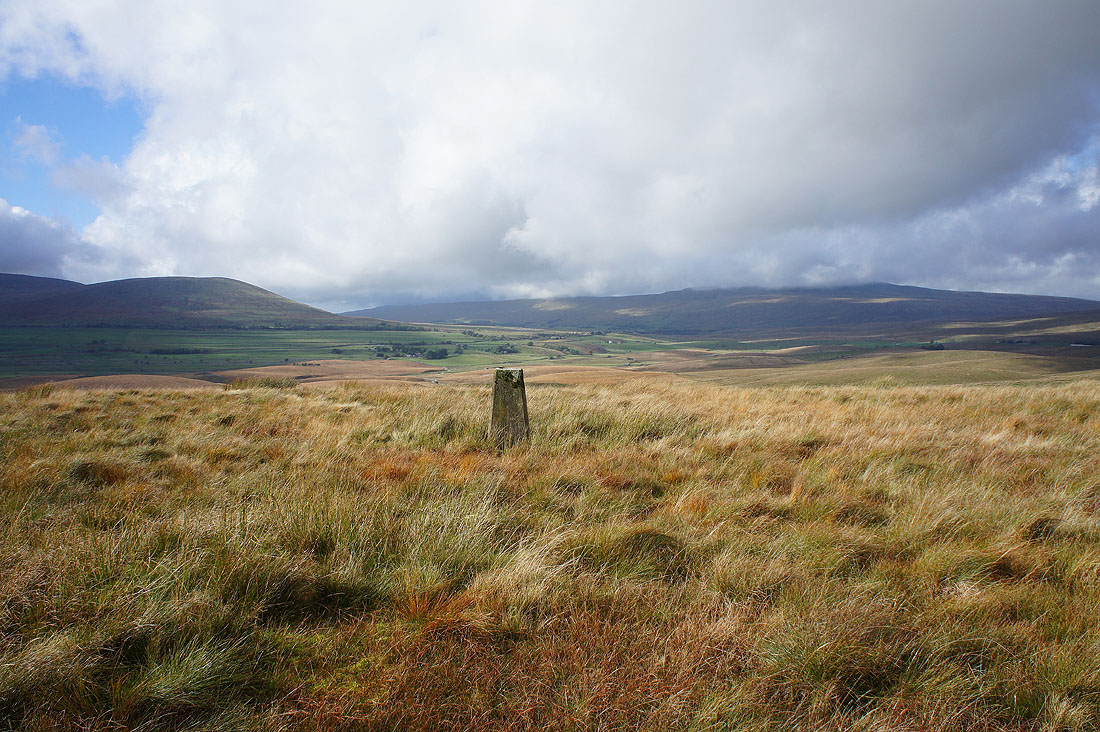 Since I was passing it seemed to be worth the effort to leave the Pennine Way to reach the trig point on the top of Cave Hill. A quadbike track helped with the boggy trudge. Looking towards Ribblehead with the top of Whernside in cloud. 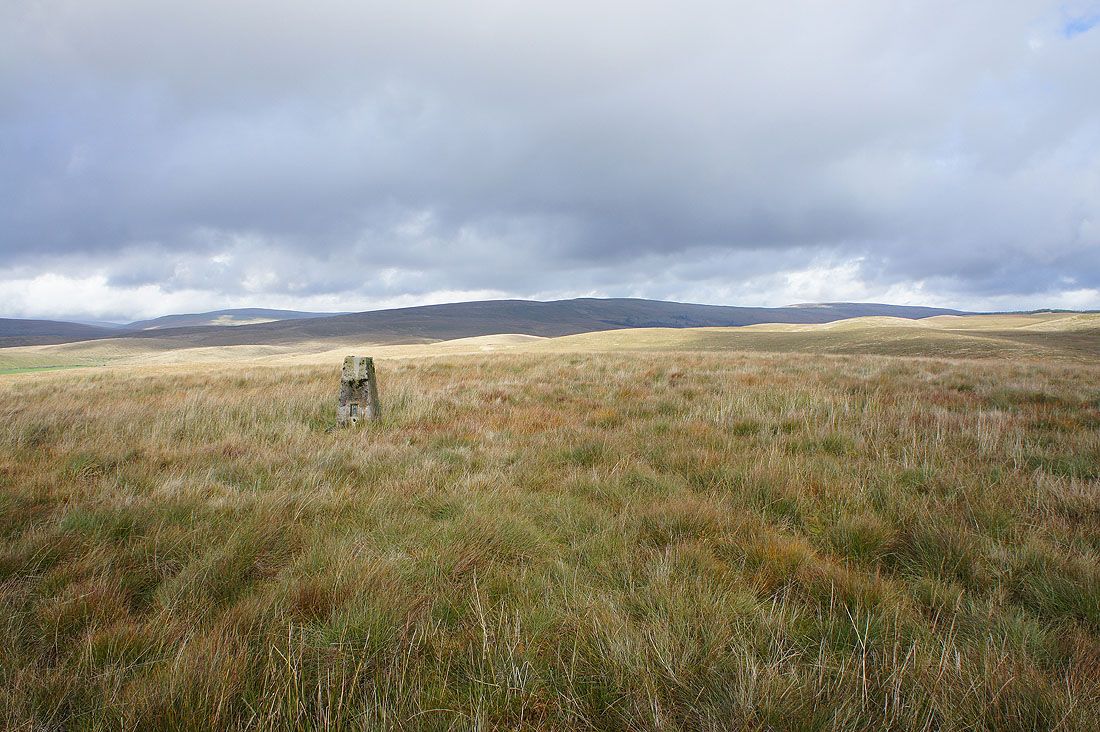 Cam Fell to the north 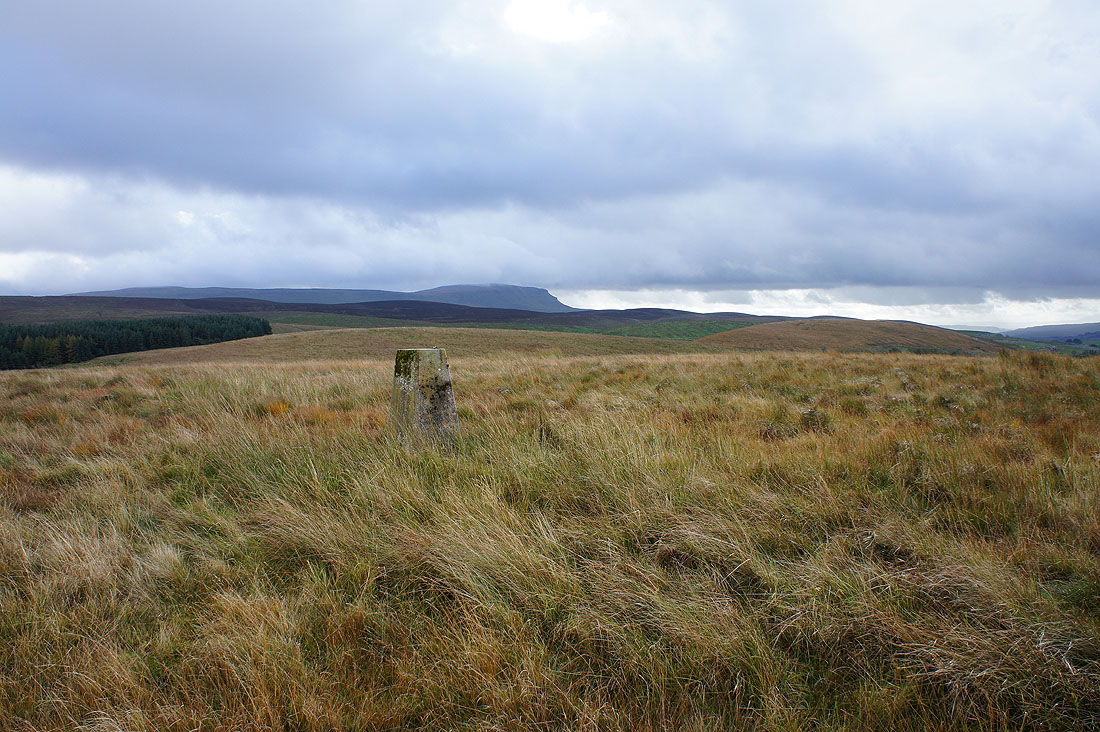 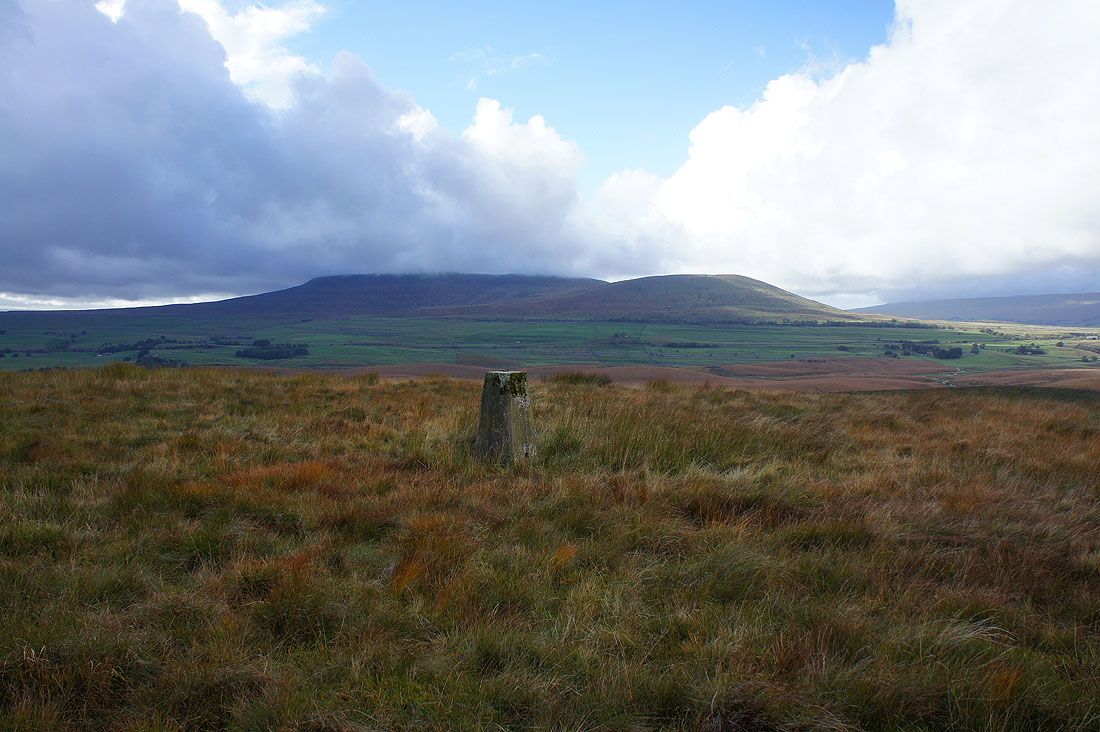 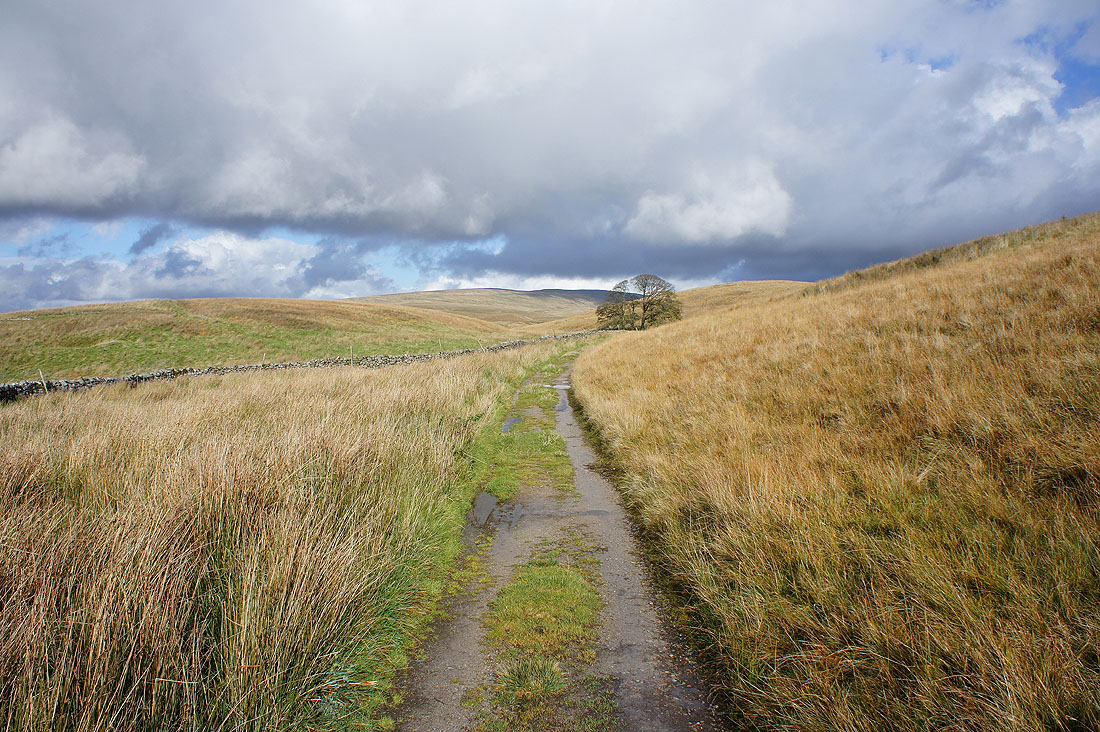 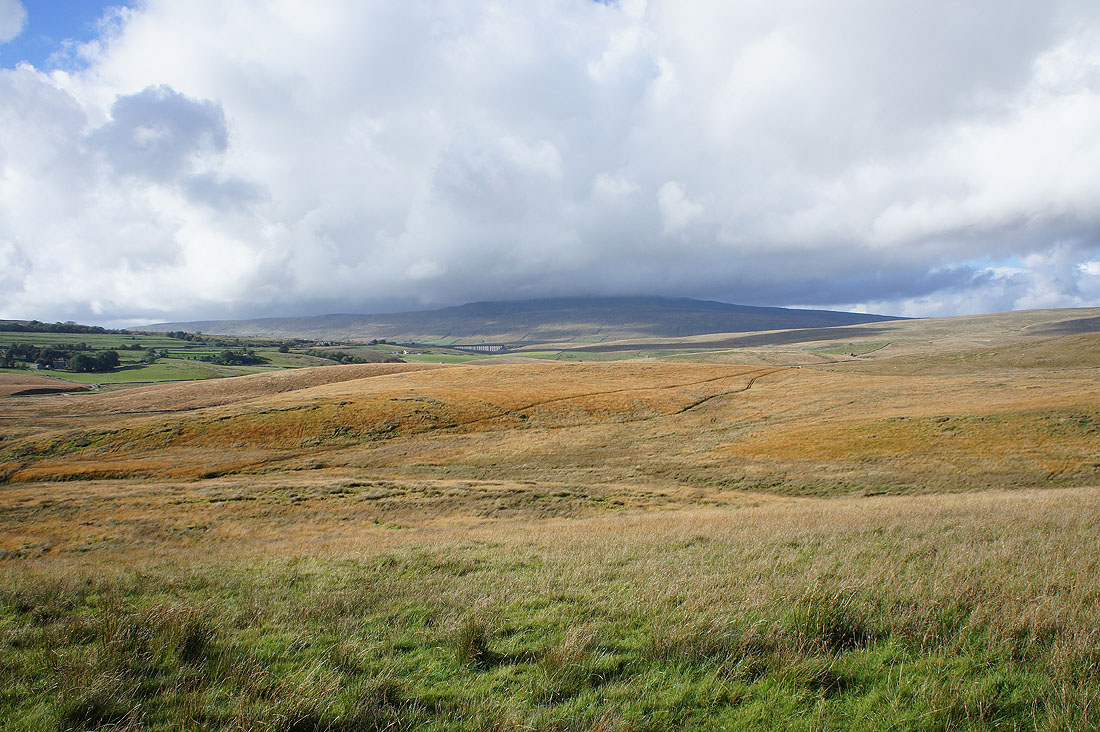 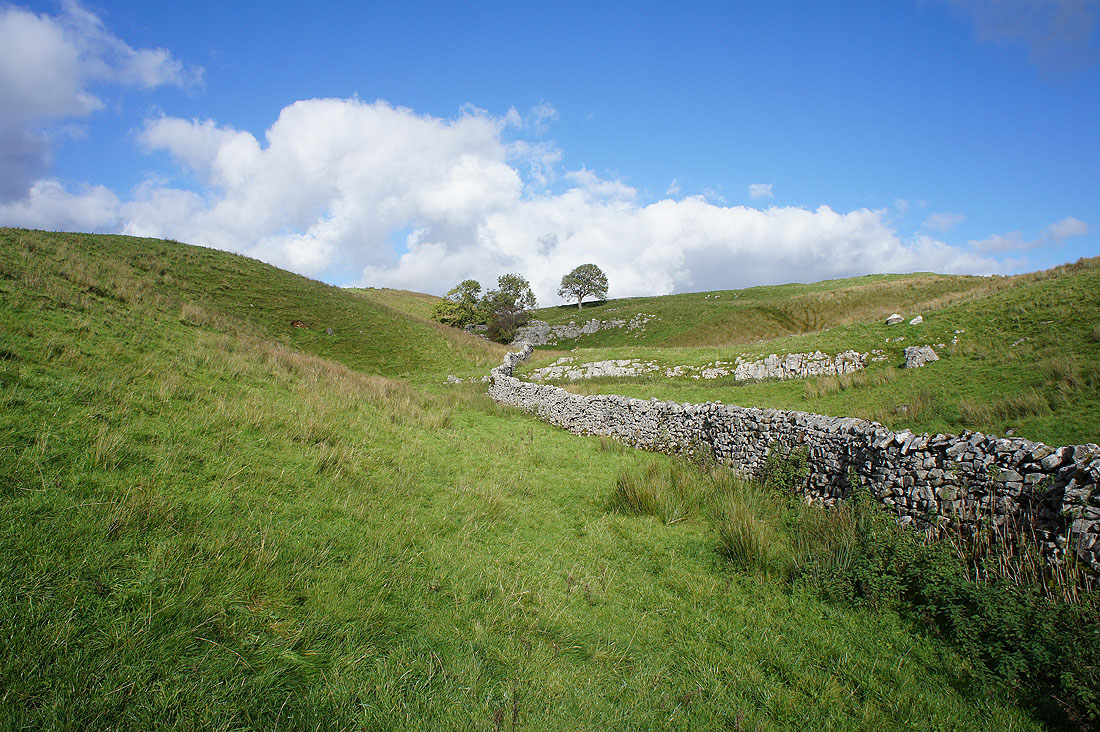 Blue skies and limestone on the way to High Birkwith 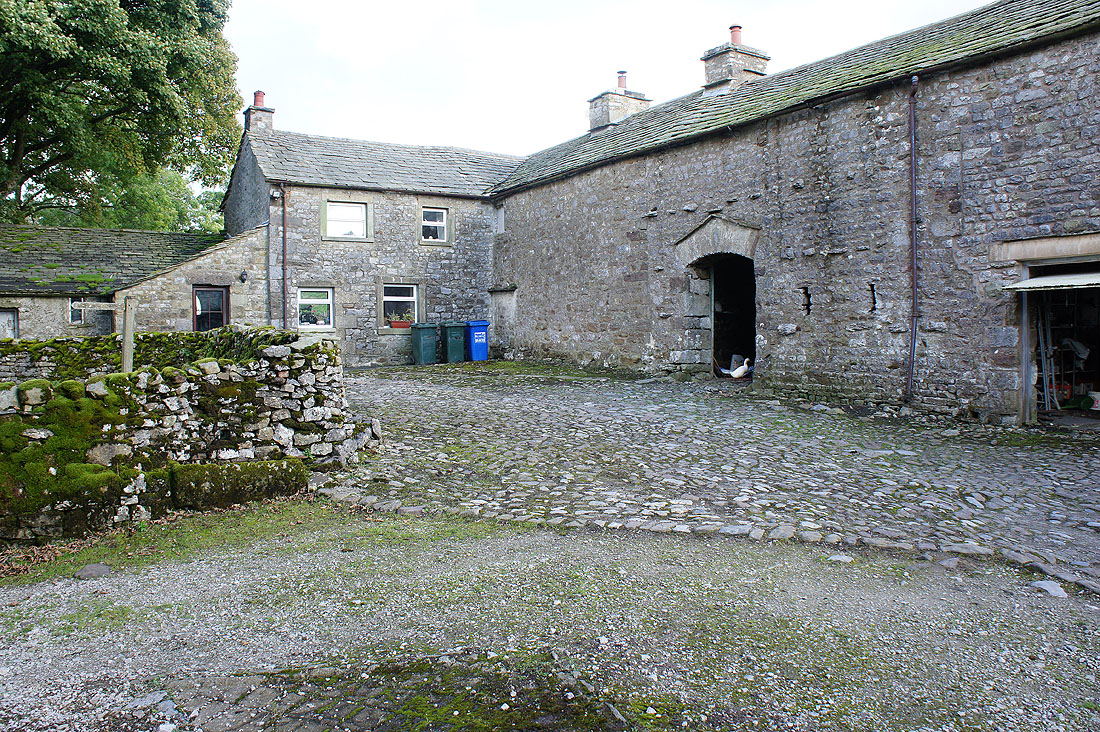 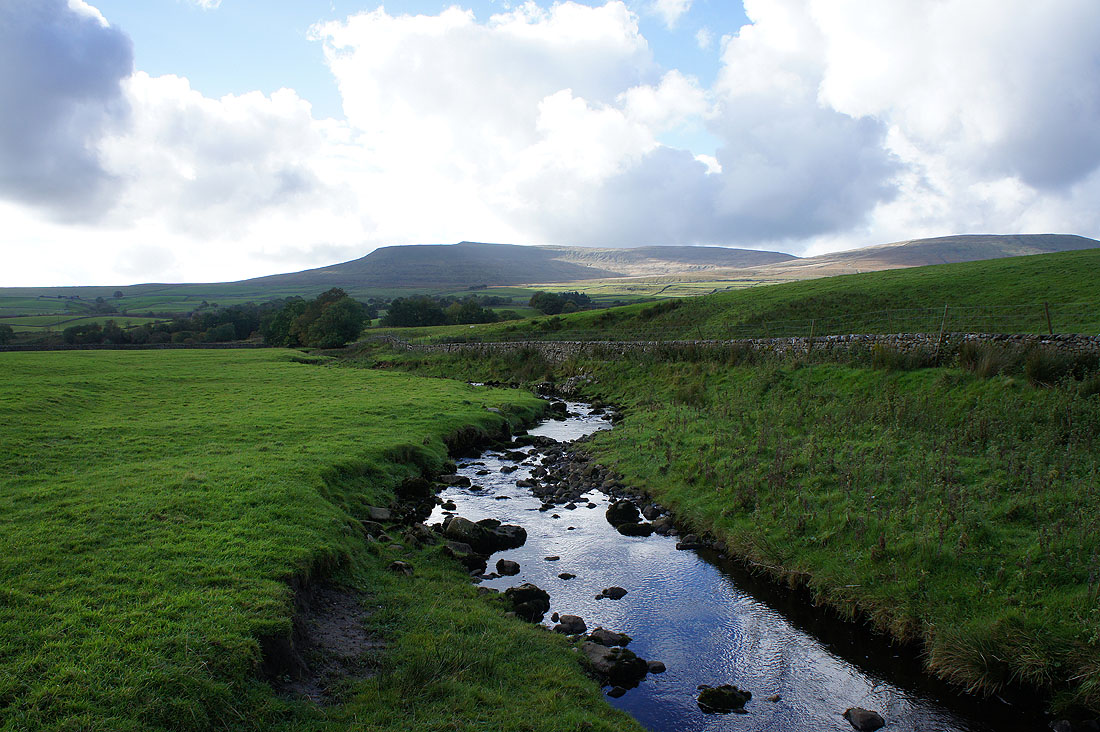 Sunshine on Simon Fell as I follow the path by Coppy Gill.. 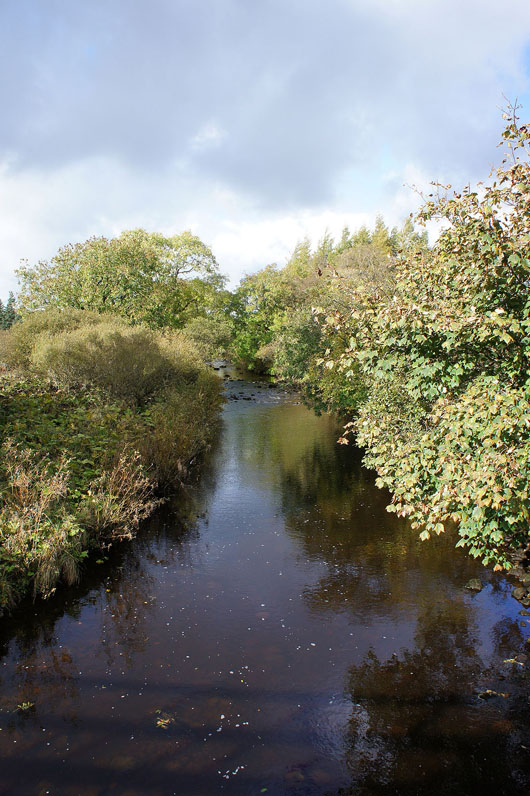 ..to cross the River Ribble 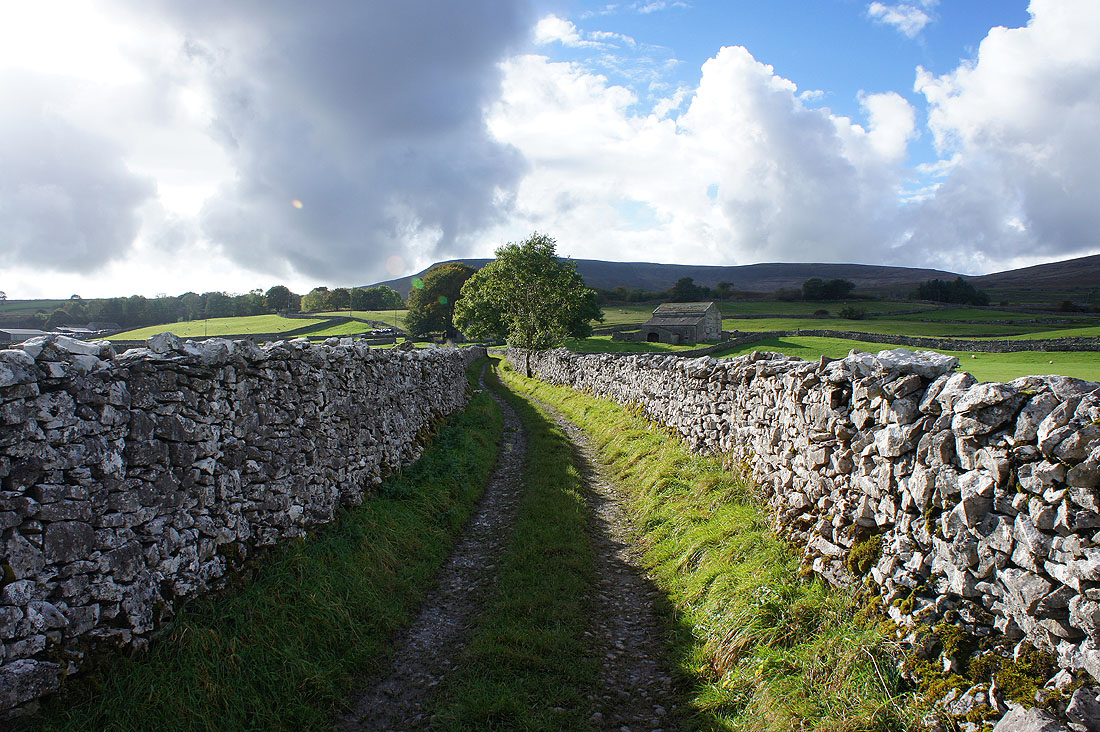 Approaching the hamlet of Selside 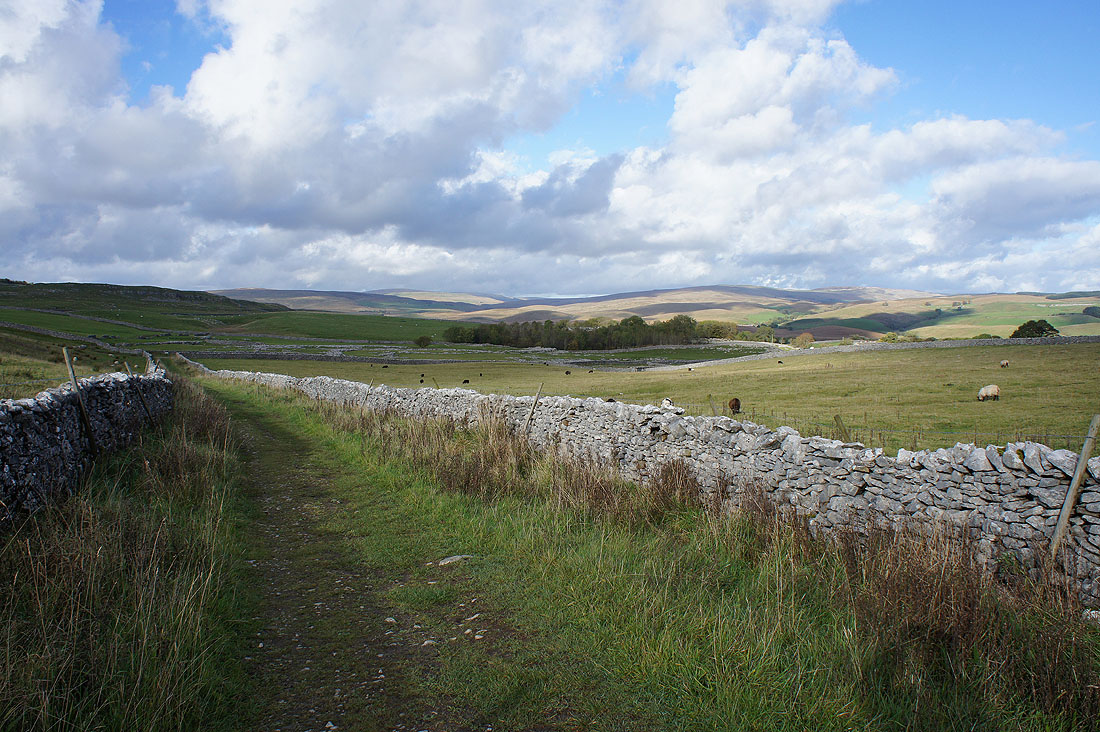 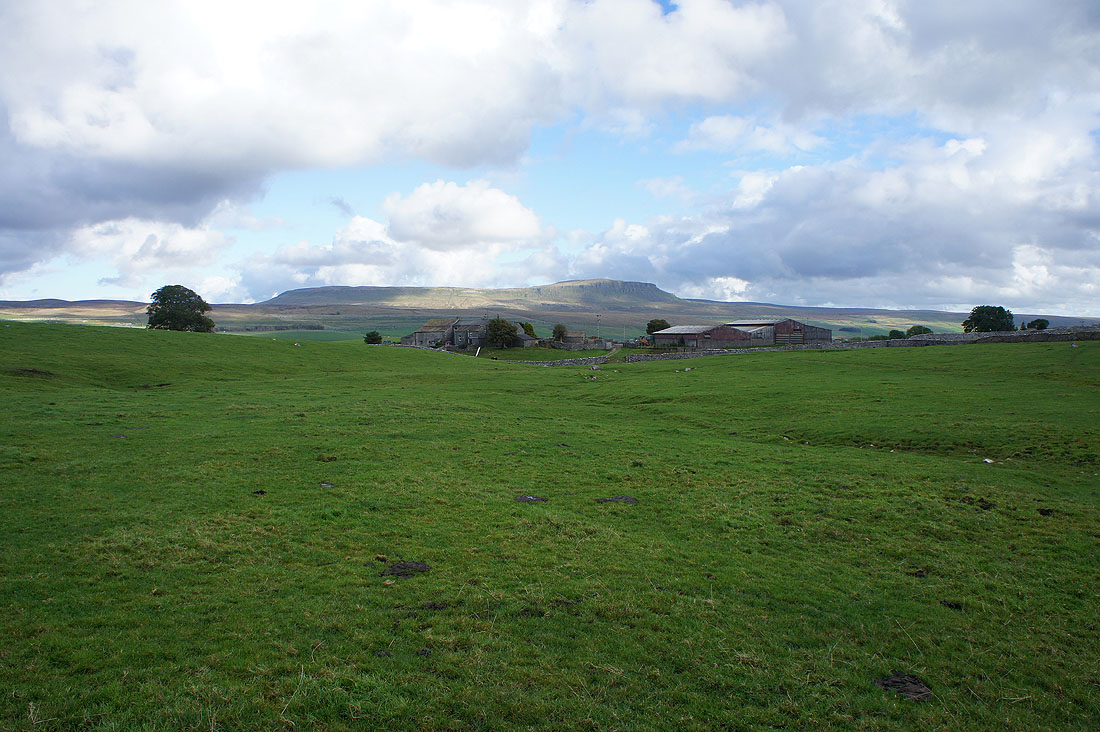 Penyghent above Borrins Farm. The sunshine is disappearing and it looks like rain is on the way. 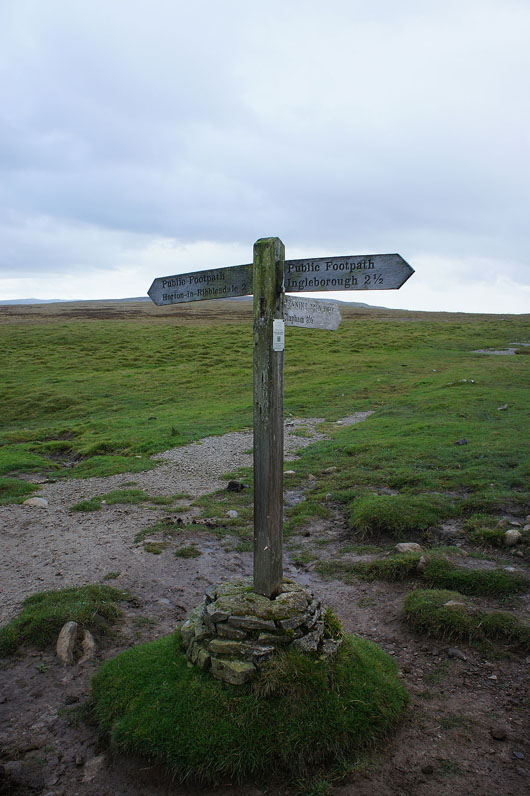 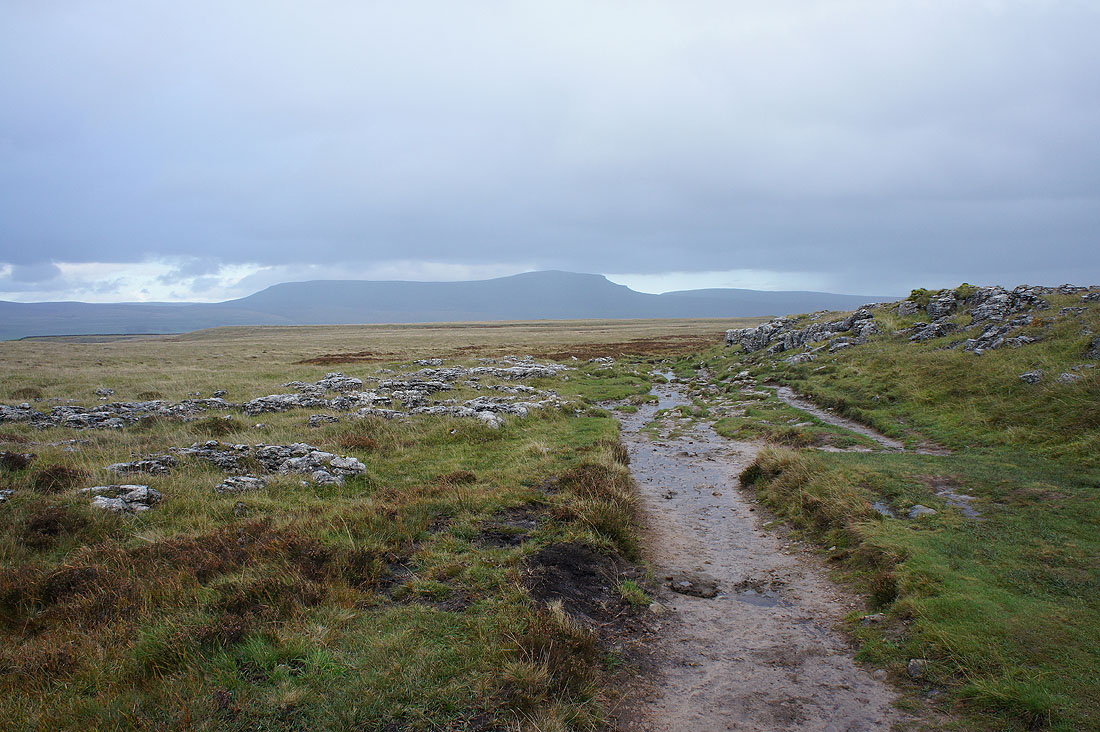 Penyghent starts to disappear in the falling rain 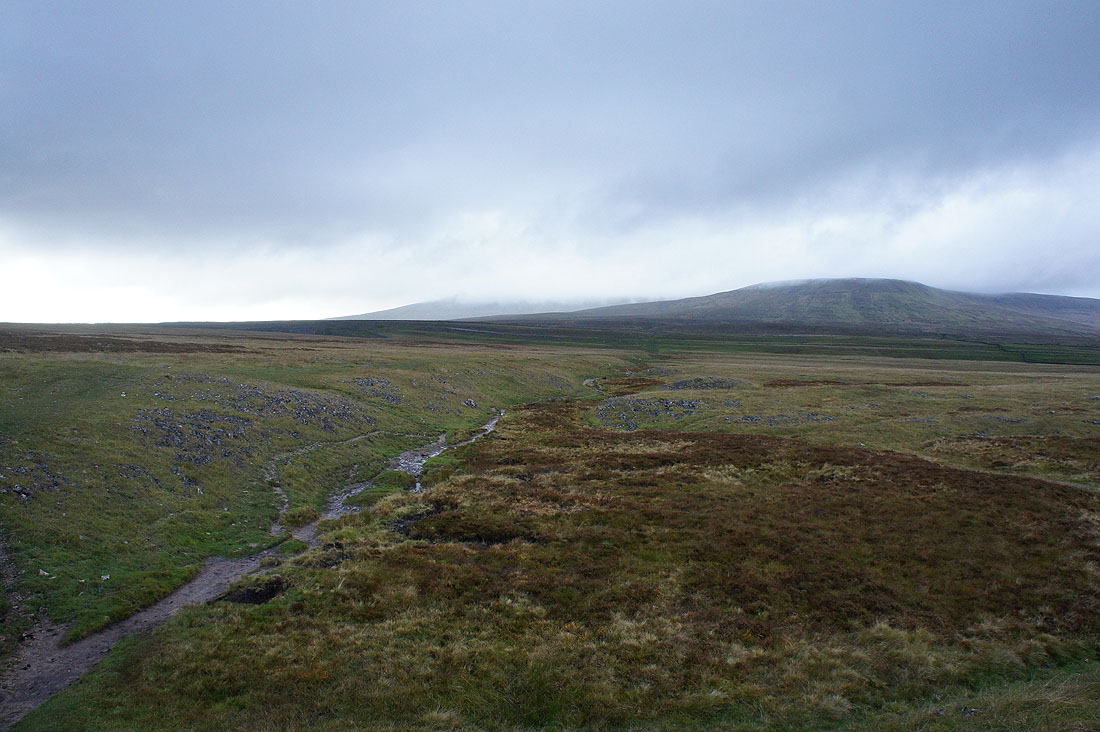 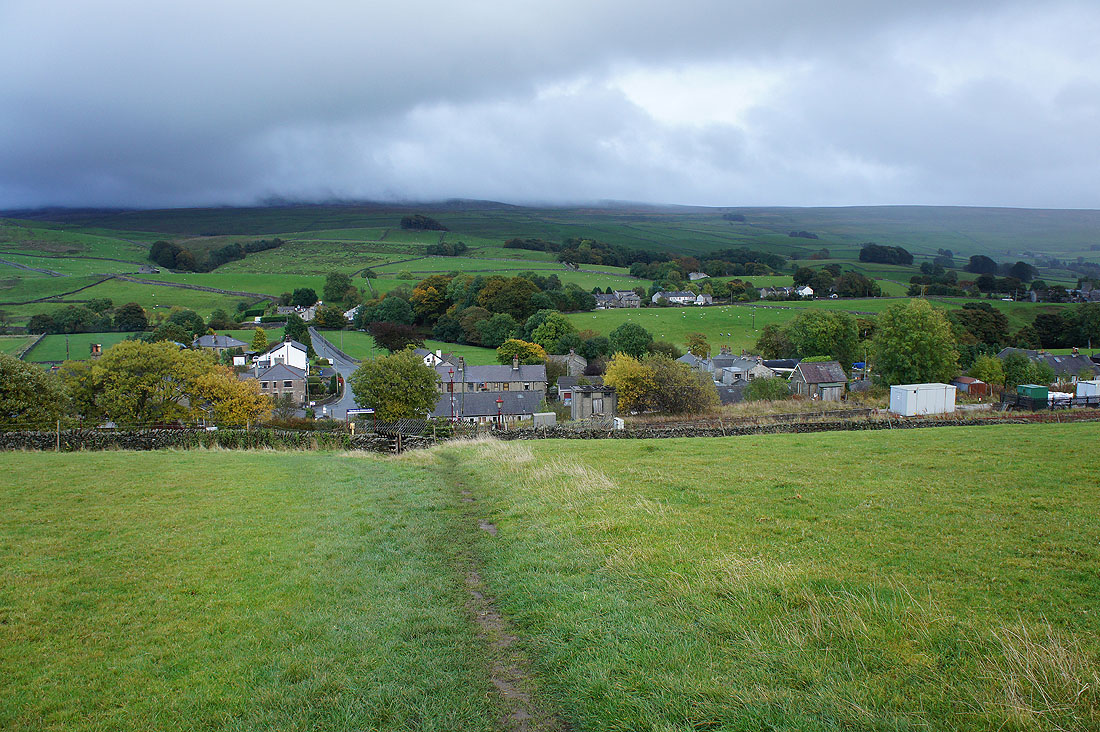 The final descent to Horton and.. 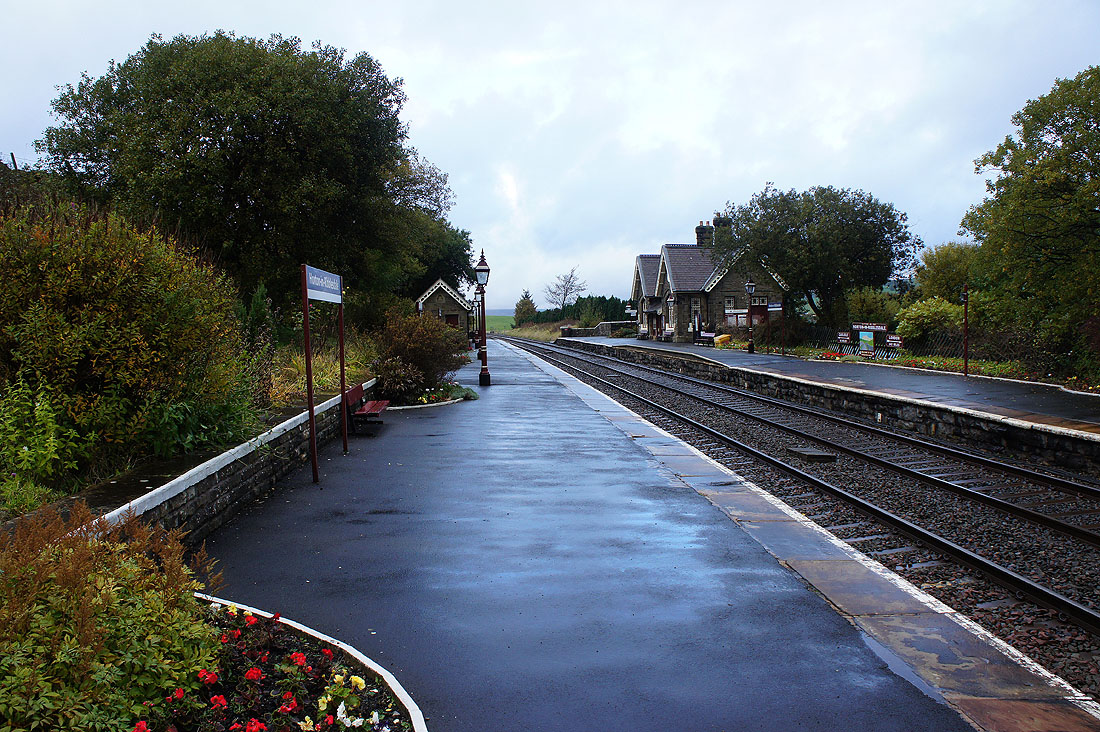 ..a deserted station on the Settle to Carlisle line
Return to HOME
Return to Yorkshire Dales Walks
Return to Walking Diary 2016