My brother Stephen was free to join me on a walk today so I decided to head for Haworth. I did a walk in the area last year and thoroughly enjoyed the heather moors but I didn't visit Haworth itself. Going before peak tourist season gave us the chance to look around without it being crowded. The forecast was for sunny spells but hazy, unforunately the sunshine that greeted us on arrival in Haworth didn't last long.

We started the walk from the large car park/picnic site on the hiilside to the west of the village. From its top we made our way up to the road below Penistone Hill, across it and up to the trig point on the top of Penistone Hill. The Bronte Way was then followed over Moor Side Lane and around Haworth Moor to the Bronte Bridge. A steep path up by the Bronte Waterfalls took us across Haworth Moor to a track near Harbour Lodge. The track and then a path was followed east towards Leeshaw Reservoir before heading down past Westfield Farm to Lee Lane. Lee Lane became the byway of Bodkin Lane, and then a path to Outside Lane brought us to Lowerfold Farm. The Calder/Aire Link trail was then followed to the moorland of Stones, across the A6033 and down to Oxenhope. We left Oxenhope by Yate Lane, at its end left onto Dark Lane, then down and across the A6033 to Harry Lane. The Bronte Way then took us across the Keighley and Worth Valley Railway line, up to Marsh Lane and across a hillside back to the car park.
Route map 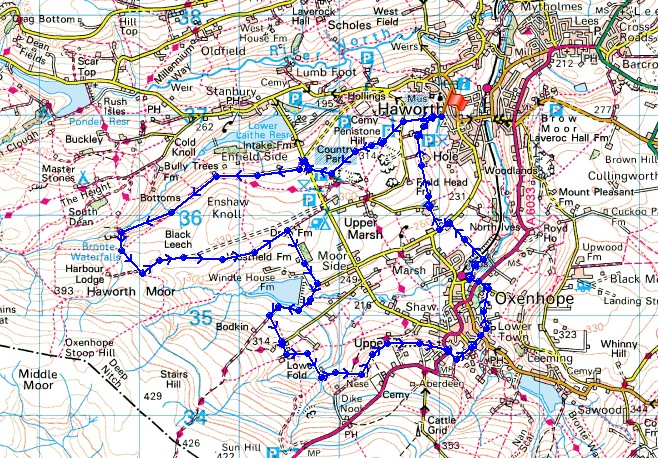 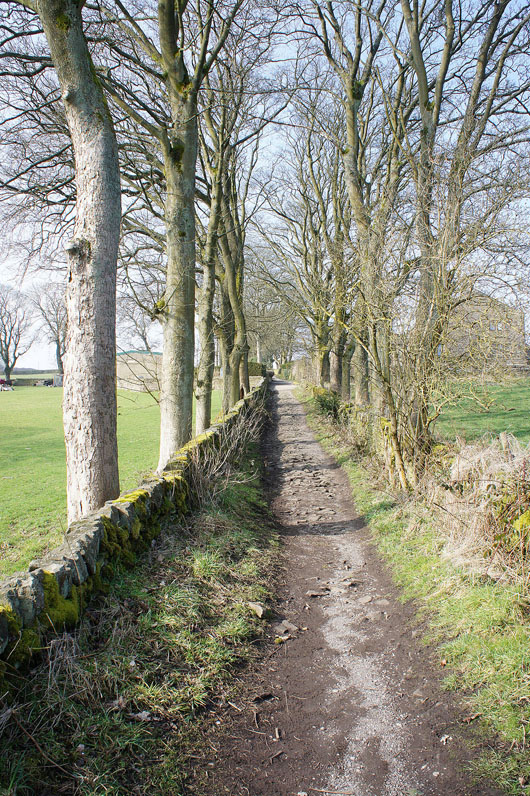 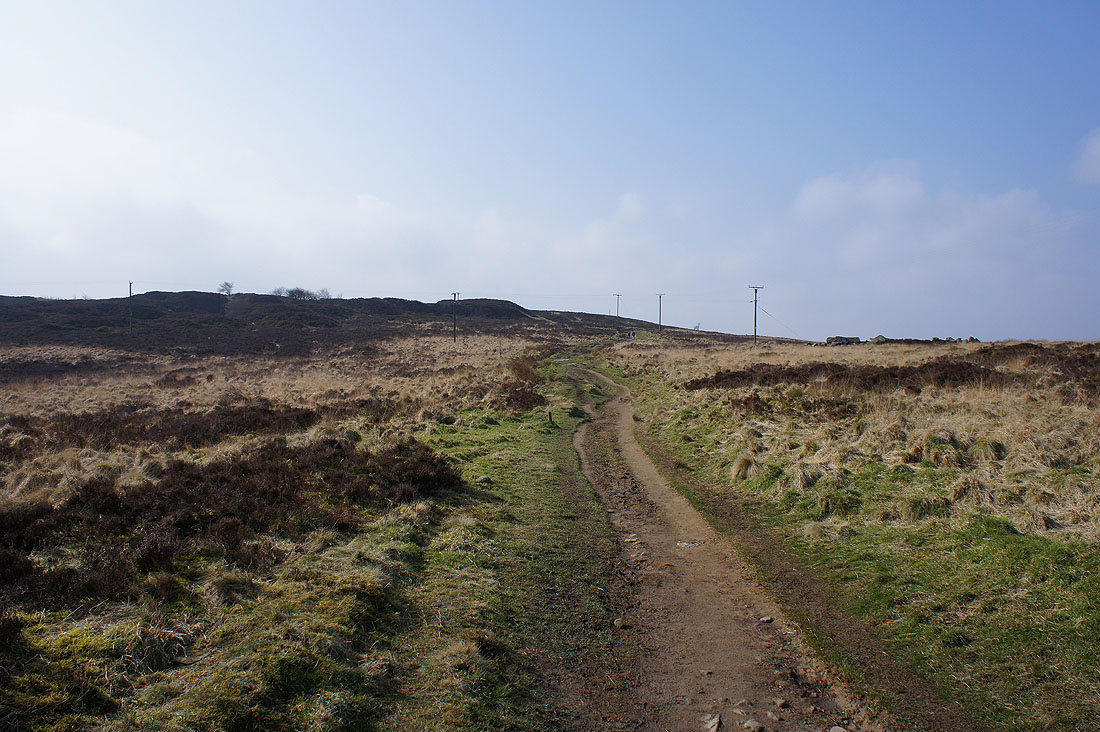 The path onto Penistone Hill 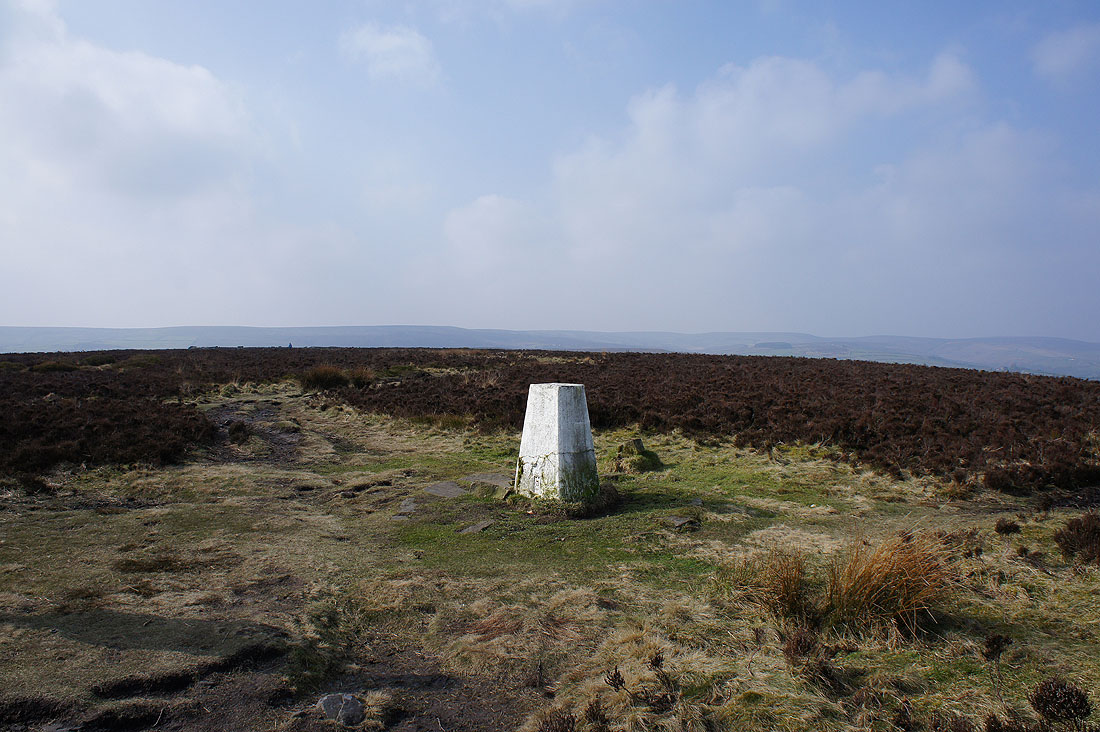 and the trig point on its heathery top 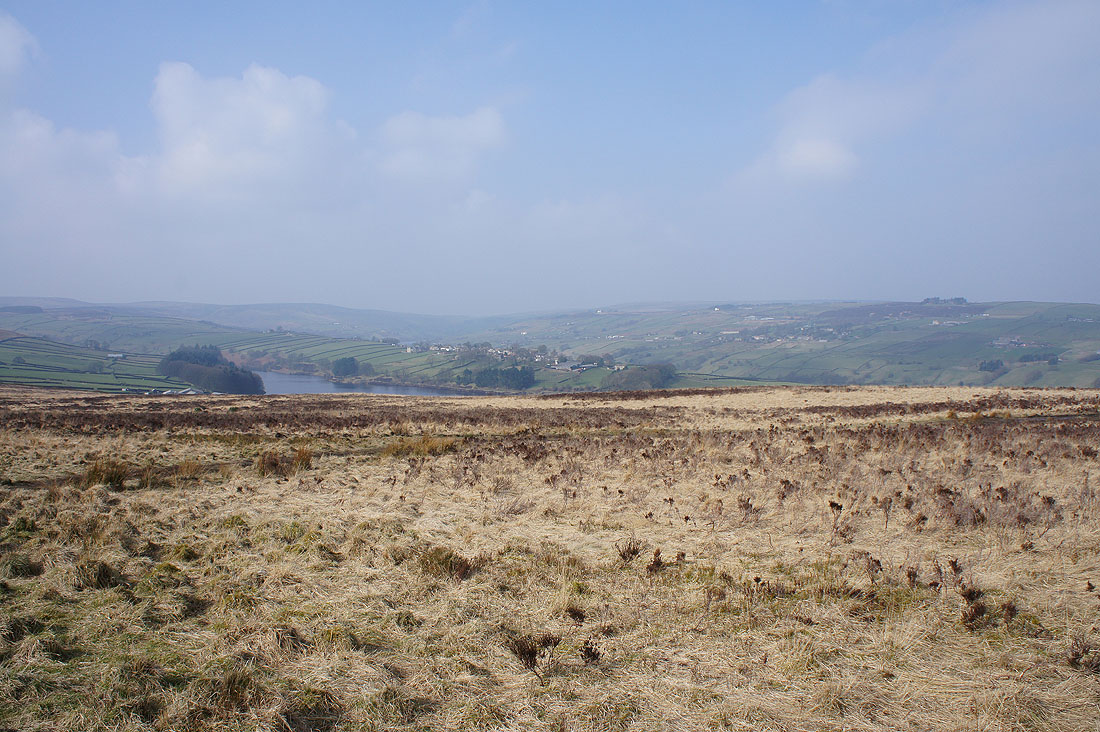 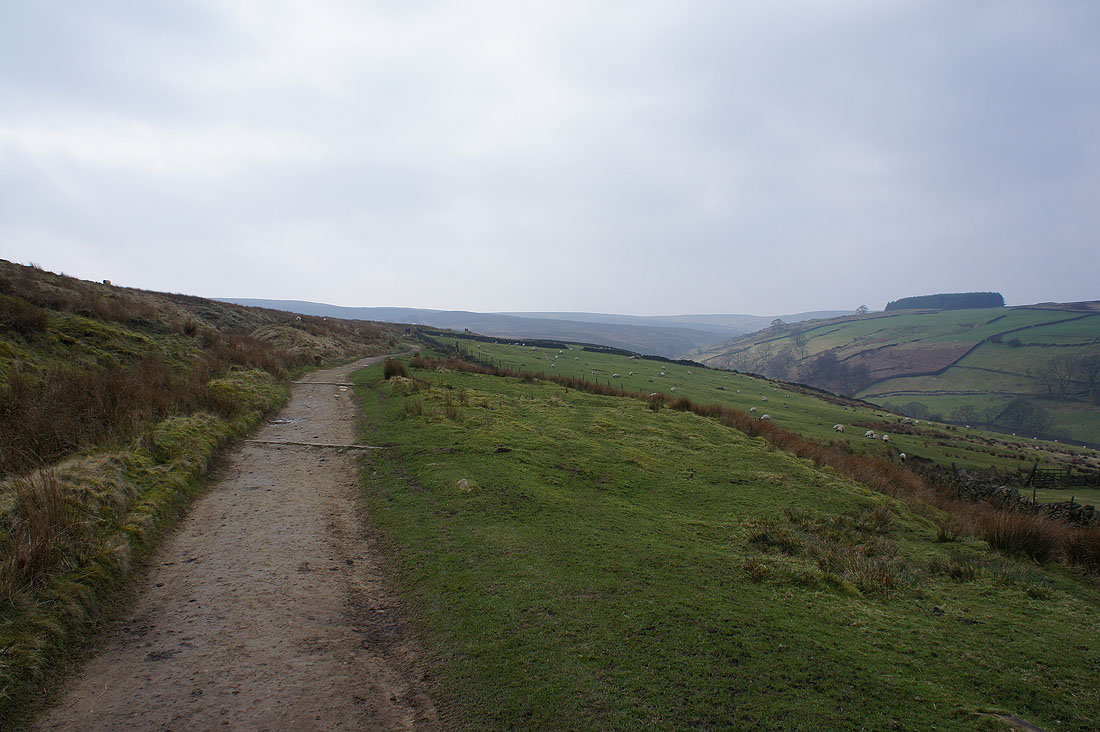 On the Bronte Way 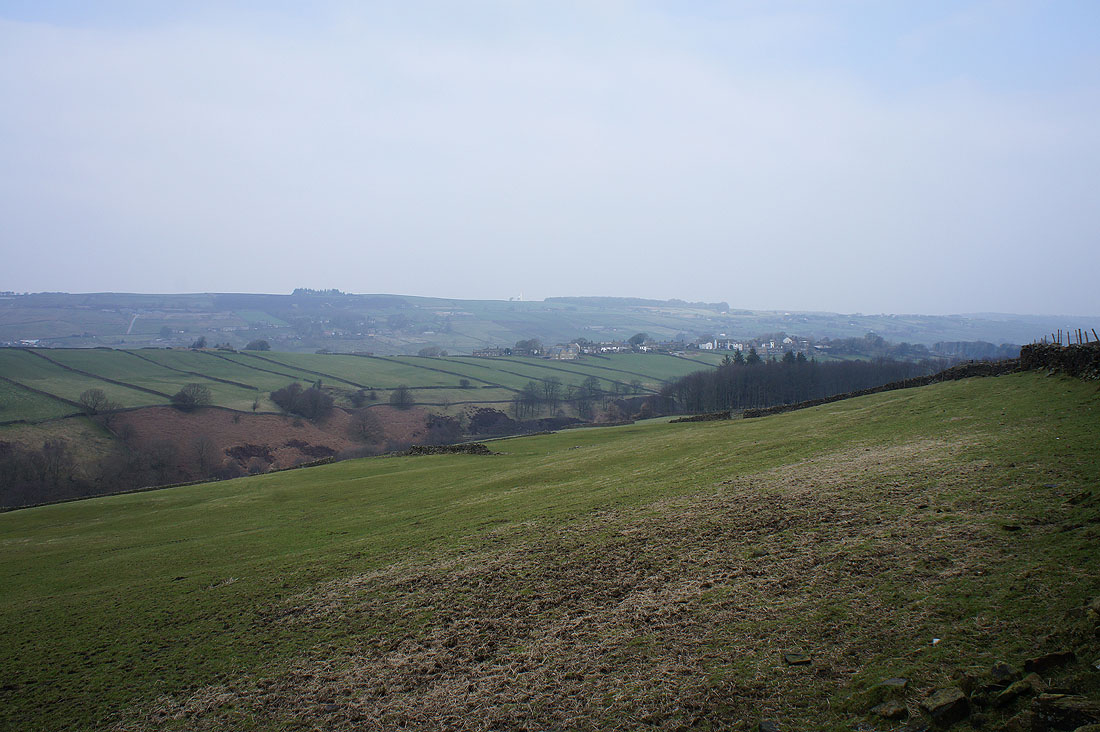 Looking across to the hillside village of Stanbury 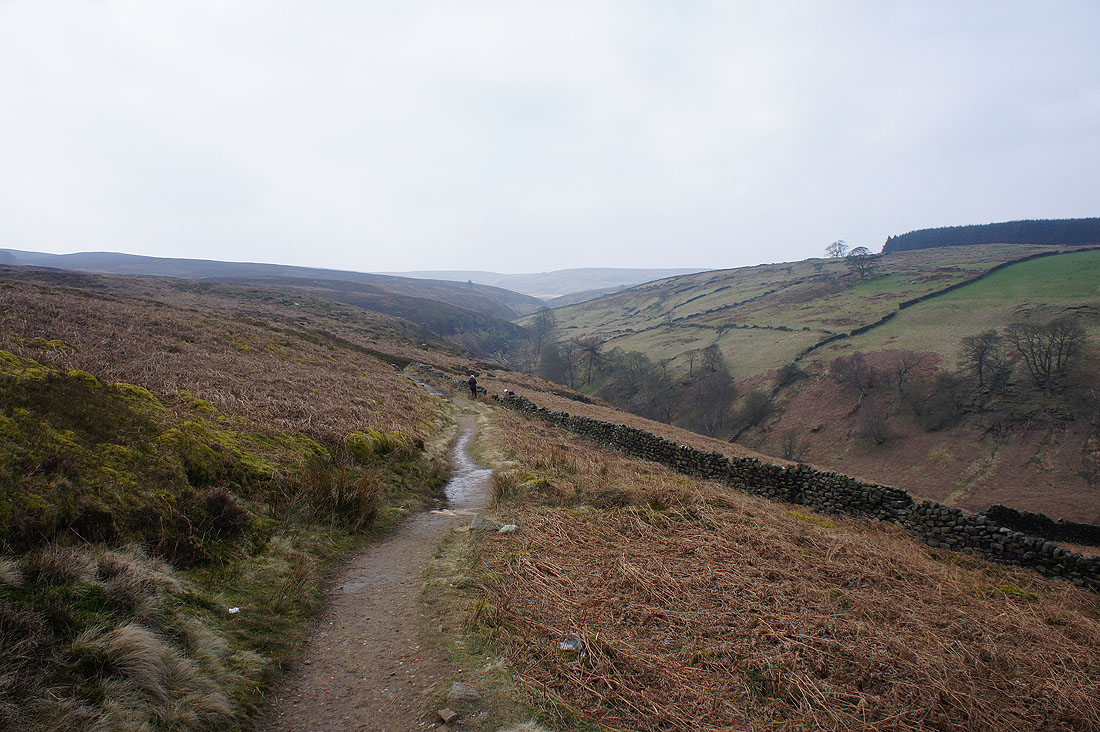 As we head down to Bronte Bridge the terrain becomes more colourful and interesting... 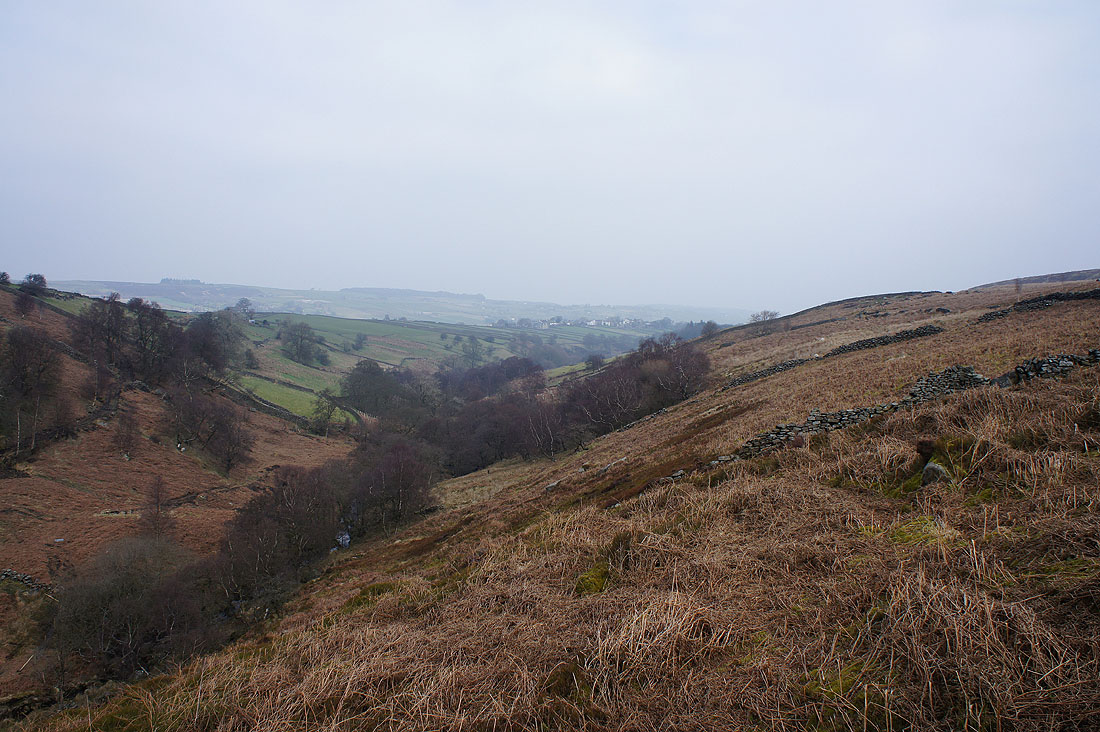 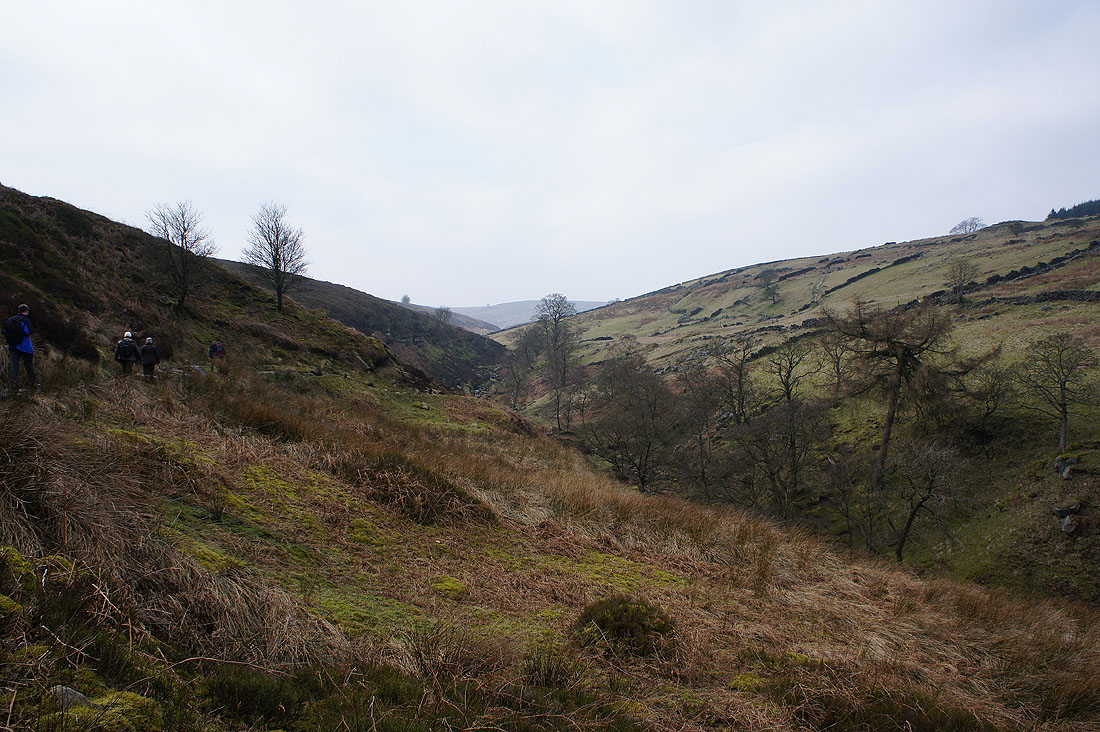 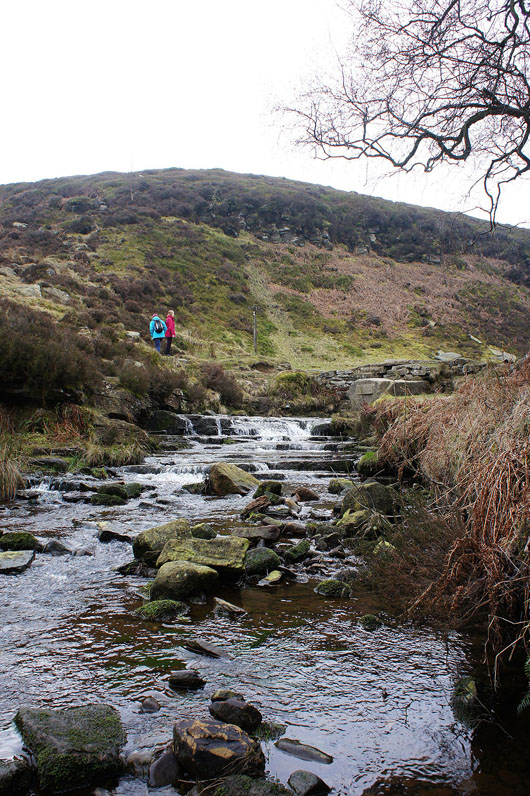 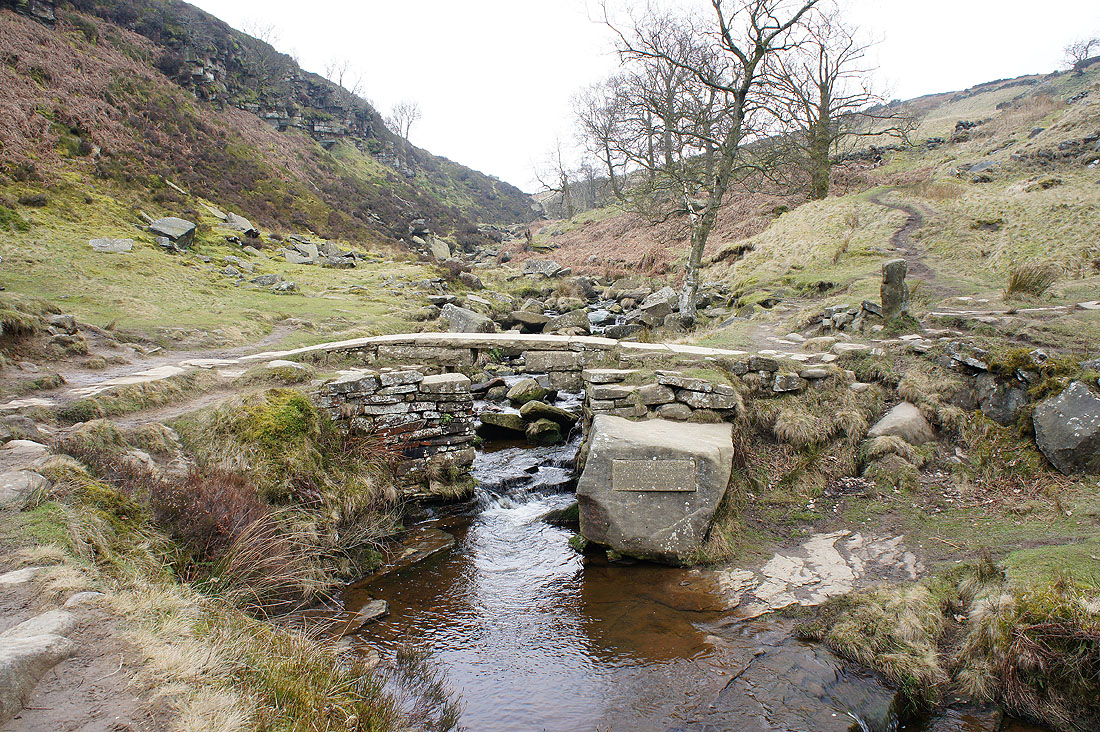 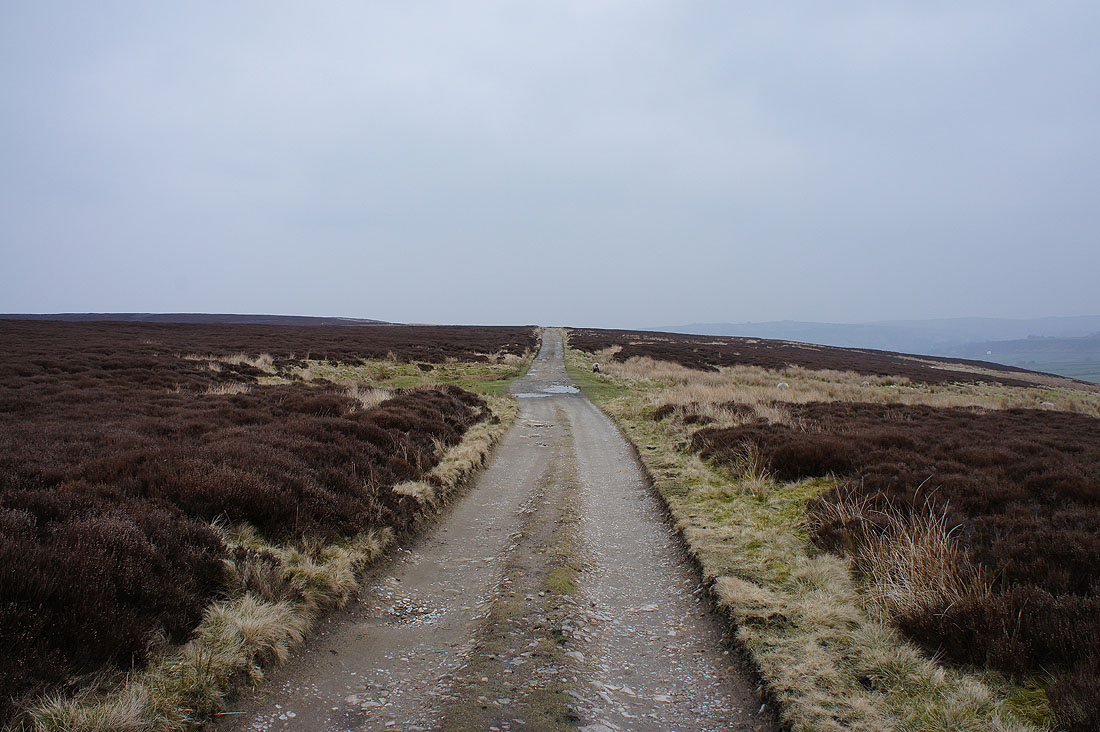 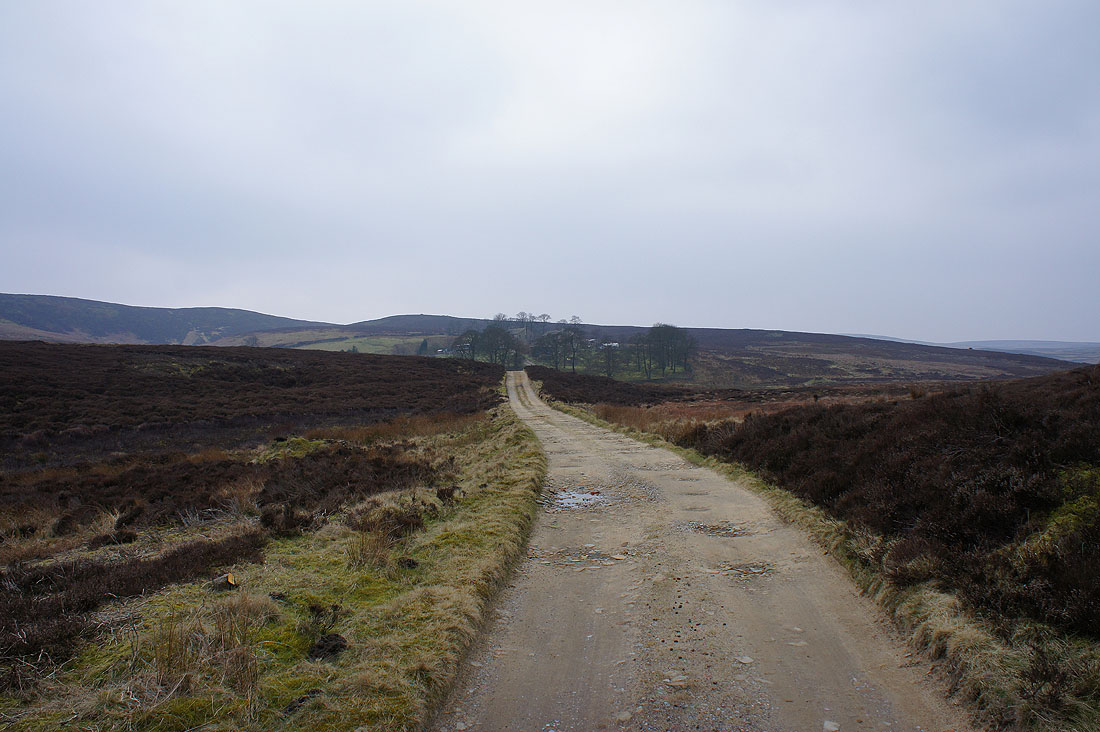 Looking back to the trees around the farm of Harbour Lodge 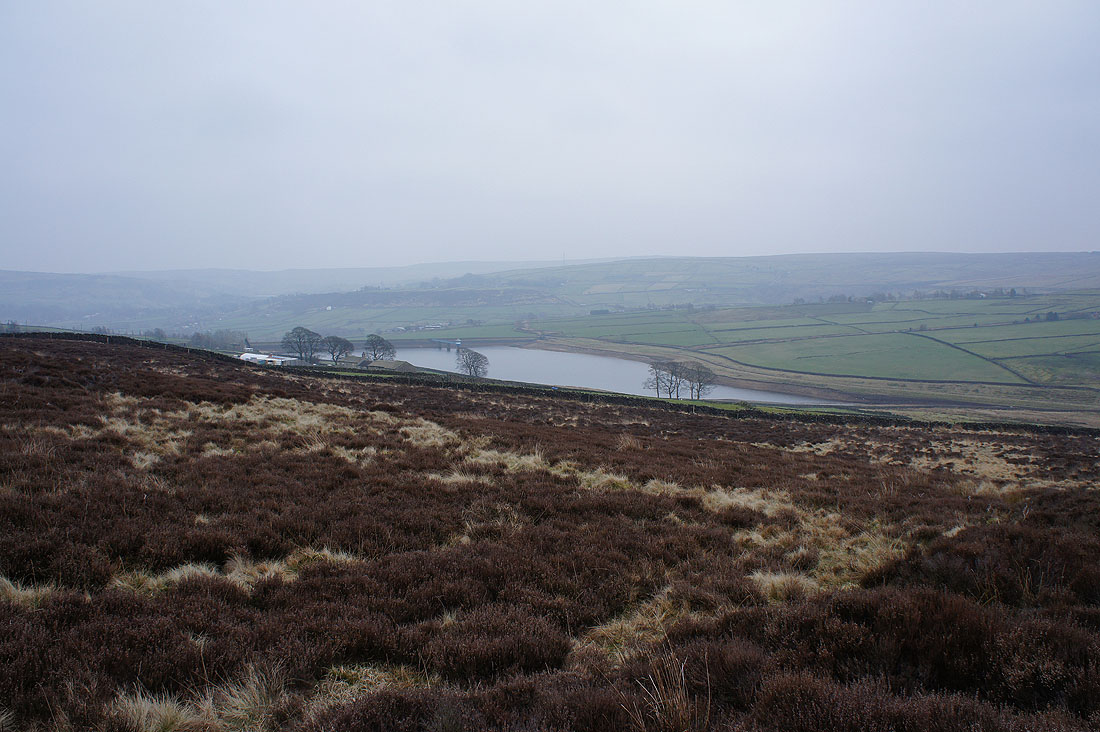 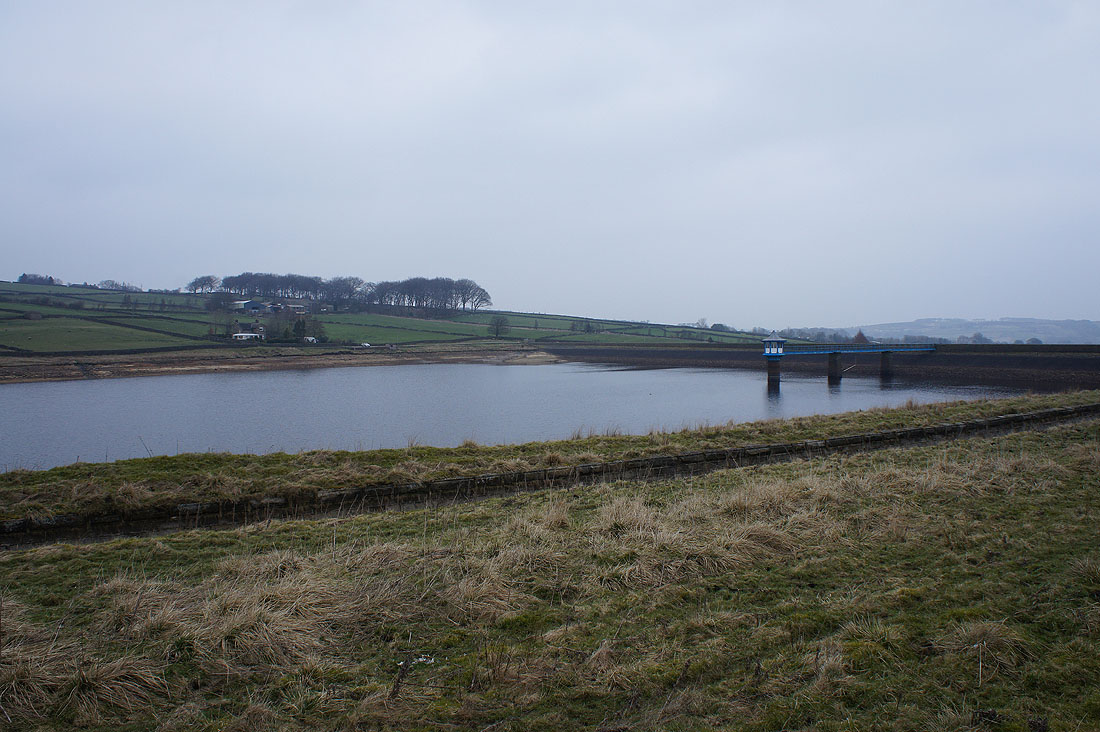 and again but from Bodkin Lane 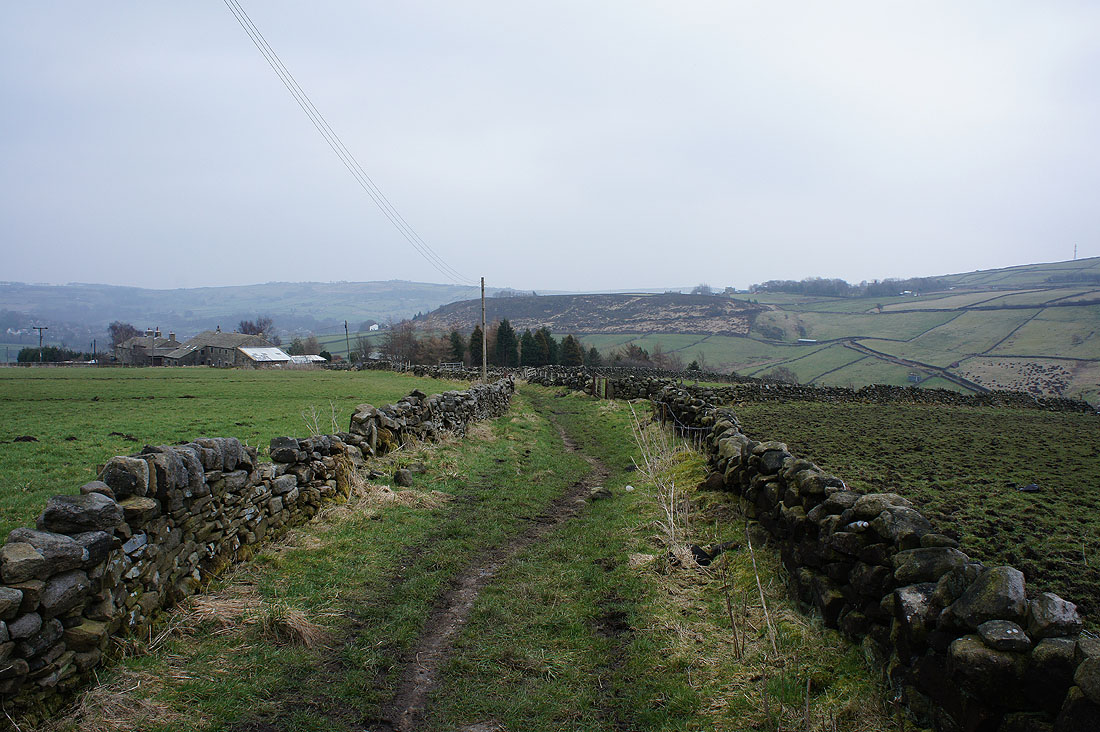 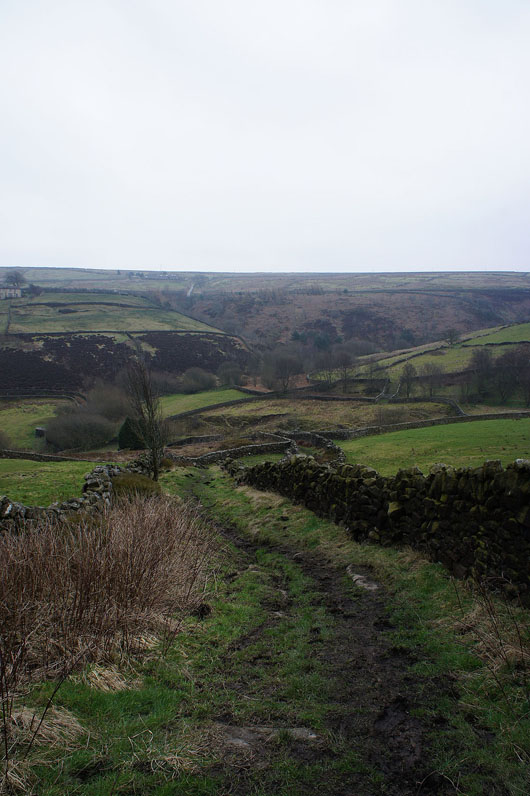 Heading down to Rag Clough Beck 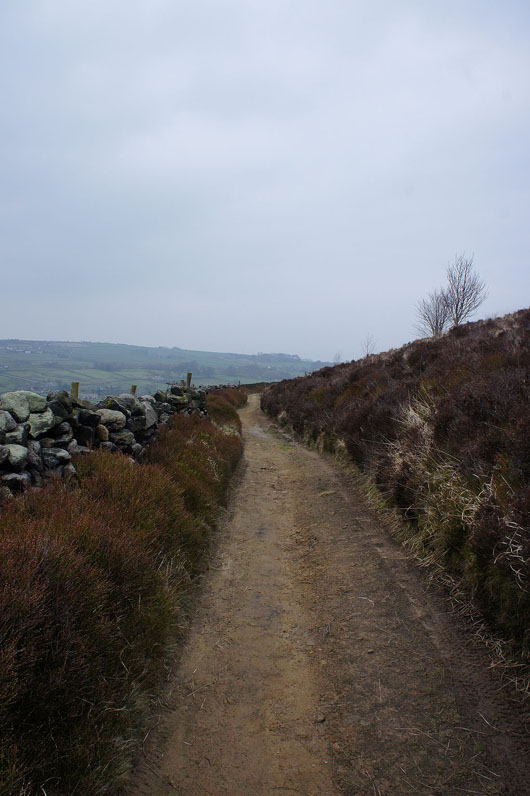 On the path below Stones 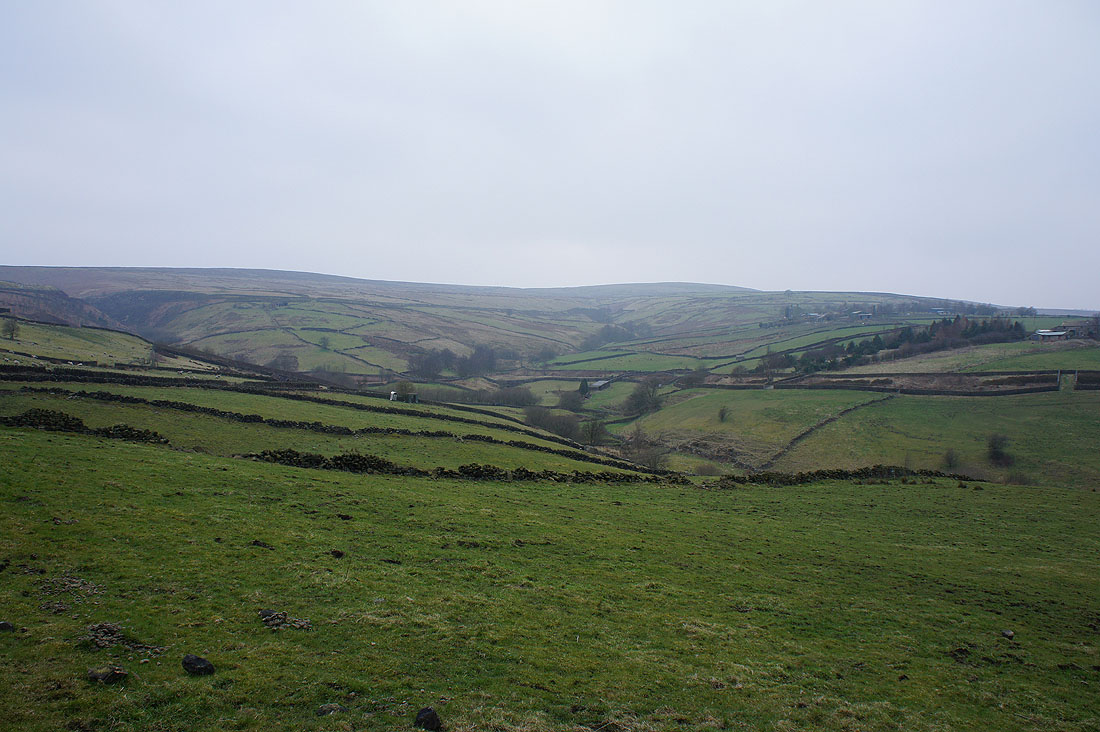 The moorland we've just walked through from Leeshaw Reservoir 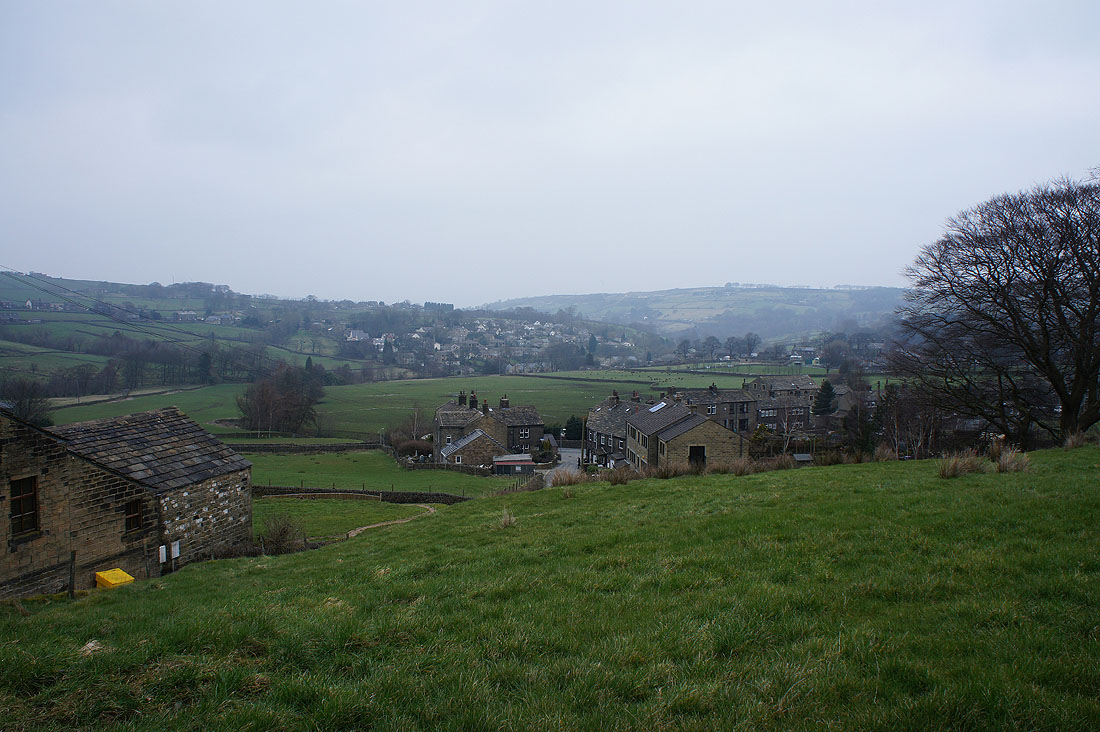 and on the outskirts of Oxenhope 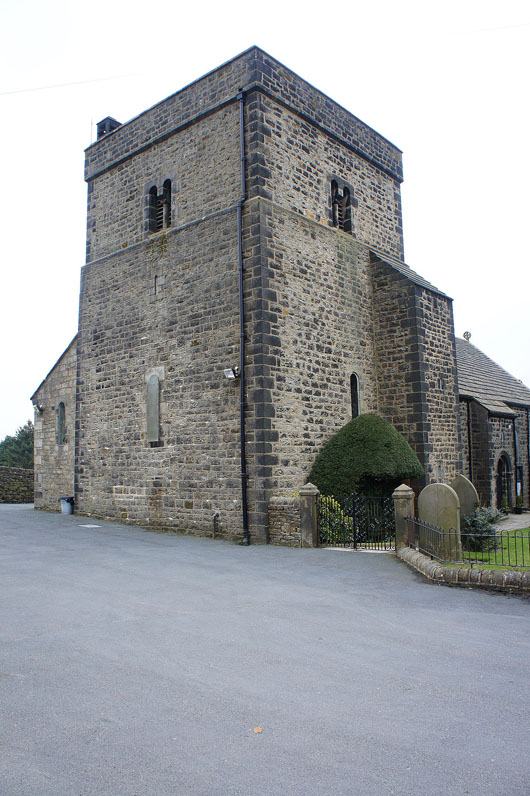 The imposing tower of the church of St. Mary's 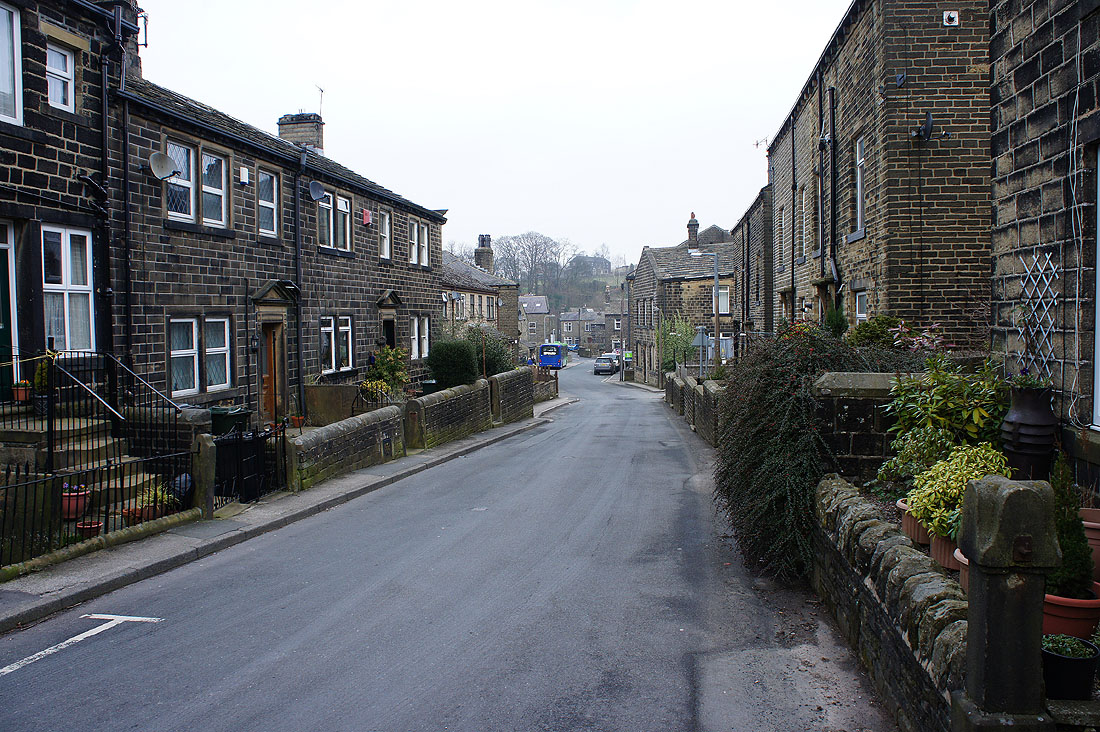 Walking through the streets of Oxenhope 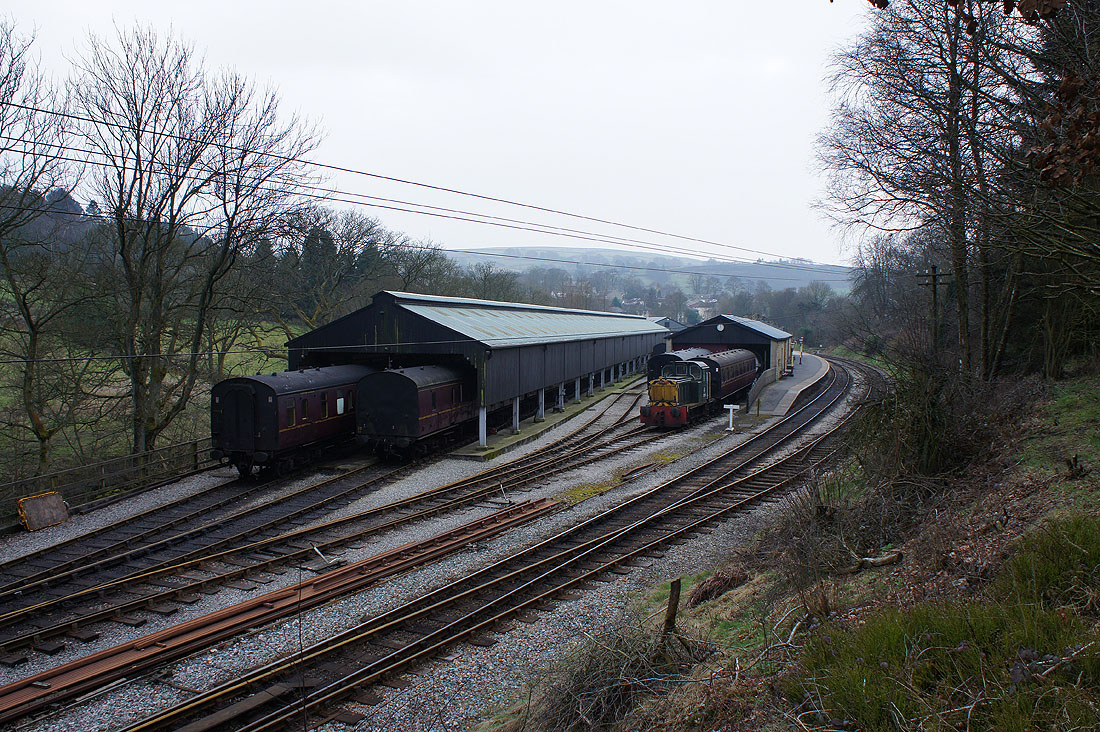 The Oxenhope station of the Keighley and Worth Valley Railway 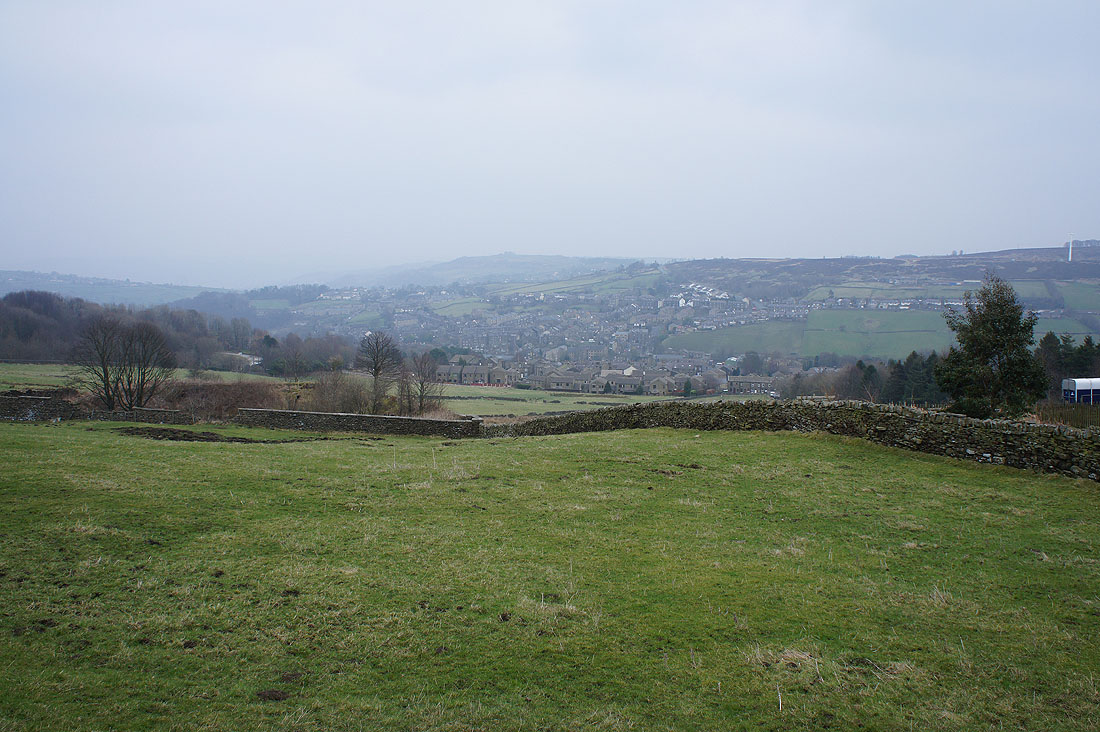 Haworth in view as we follow the Bronte Way.. 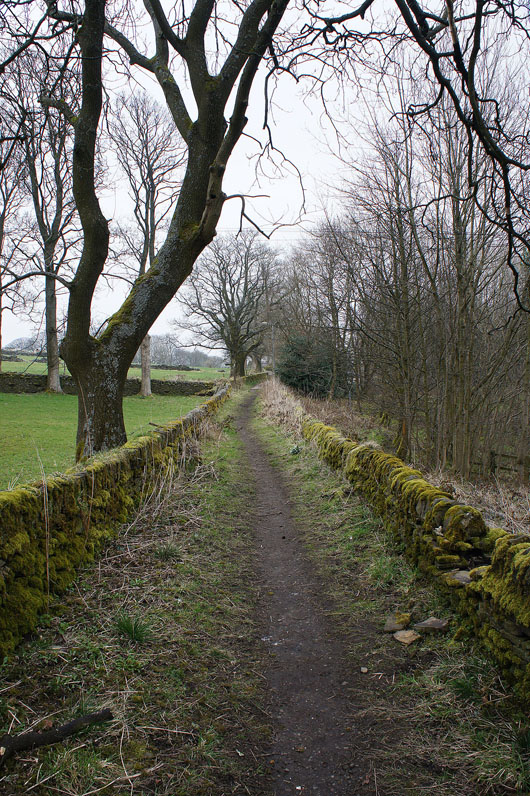 ..back to the picnic site 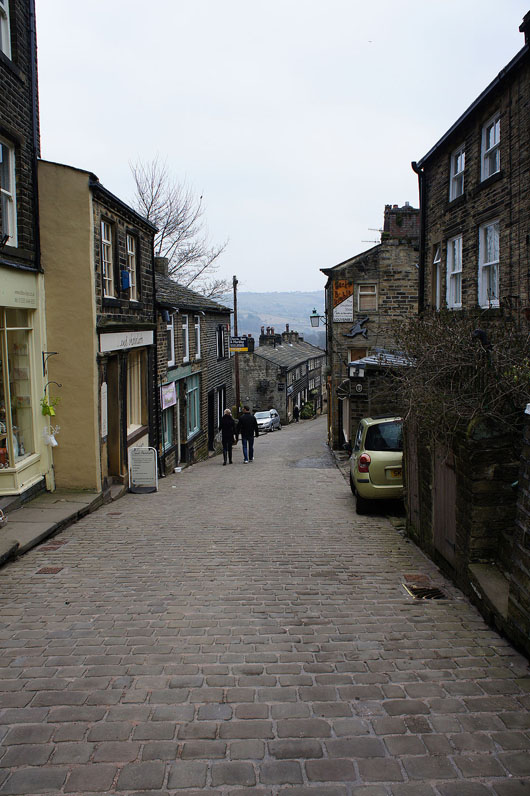 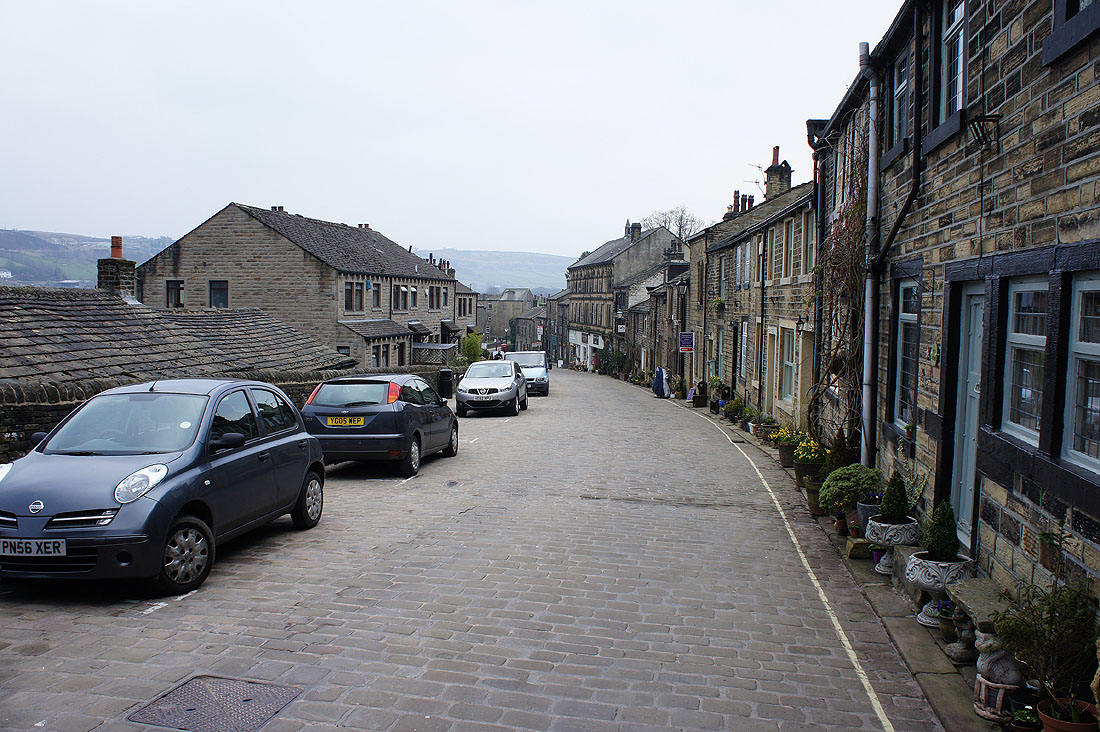