I had the opportunity to get out on a weekday walk today so I decided to do a walk in the Yorkshire Dales from Clapham. The route I followed was one that I'd done a couple of years ago and at the time I really enjoyed it. This time was even better, there was more sunshine than I was expecting and it felt really mild. The cloud carried on the easterly wind was broken up as it crossed the fells.

I left Clapham on the track of Thwaite Lane which I followed to its end. I then turned left onto the road and after a couple of hundred yards left it for a bridleway signposted for Wharfe. When I reached Wharfe I then took the bridleway up Crummack Dale, this heads up the valley to reach Moughton Scars. I then crossed Moughton Scars to Sulber Gate and onto the bridleway across Long Scar towards Clapham. When I reached the cairn on Long Scar I left the bridleway to head across Thwaite and then down to the Norber erratics. To get back to Clapham I took the footpath under Robin Proctor's Scar to reach Thwaite Lane.
Route map 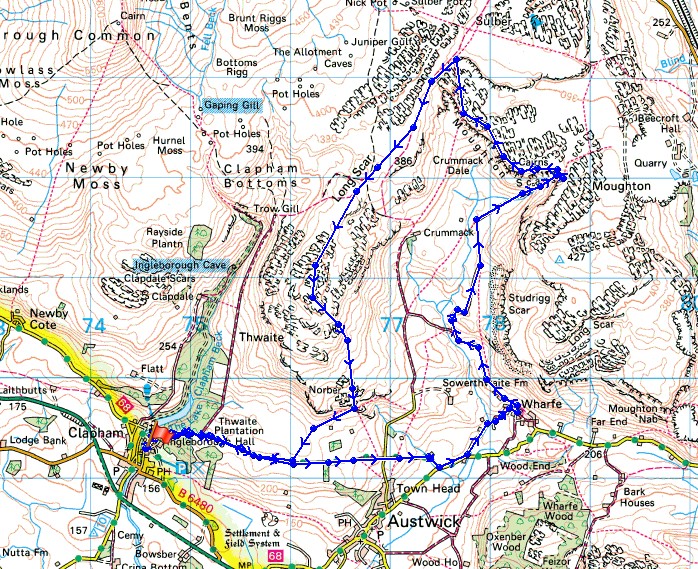 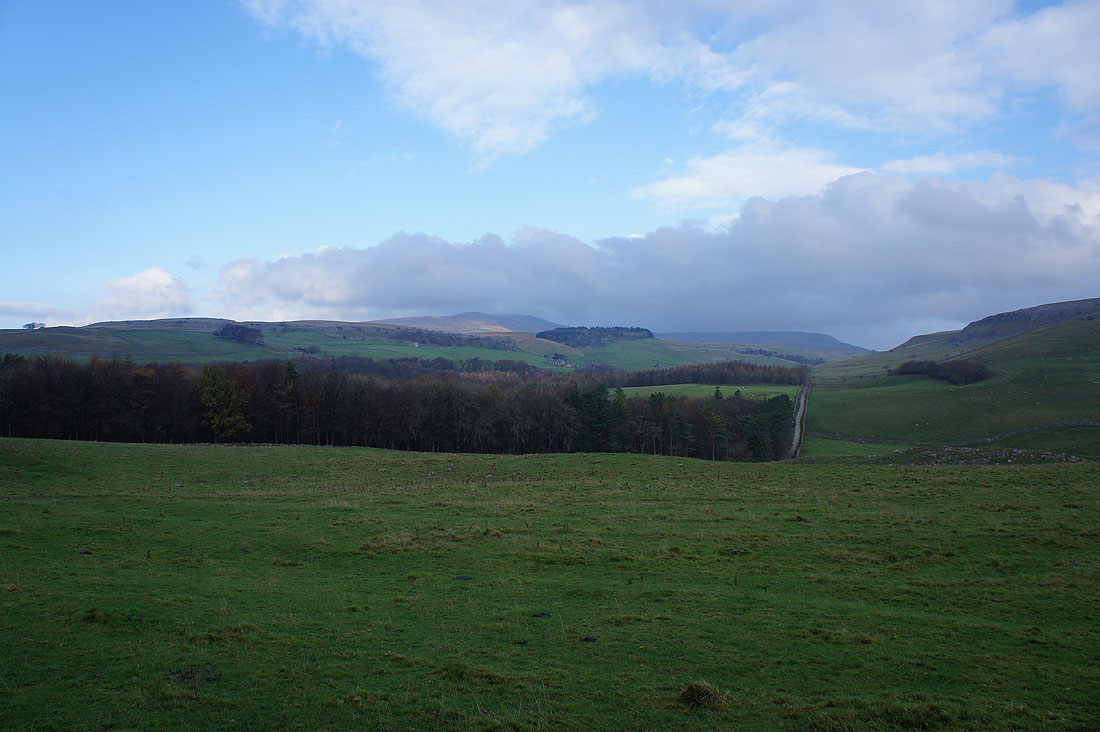 The top of Ingleborough in cloud as I leave Clapham.. 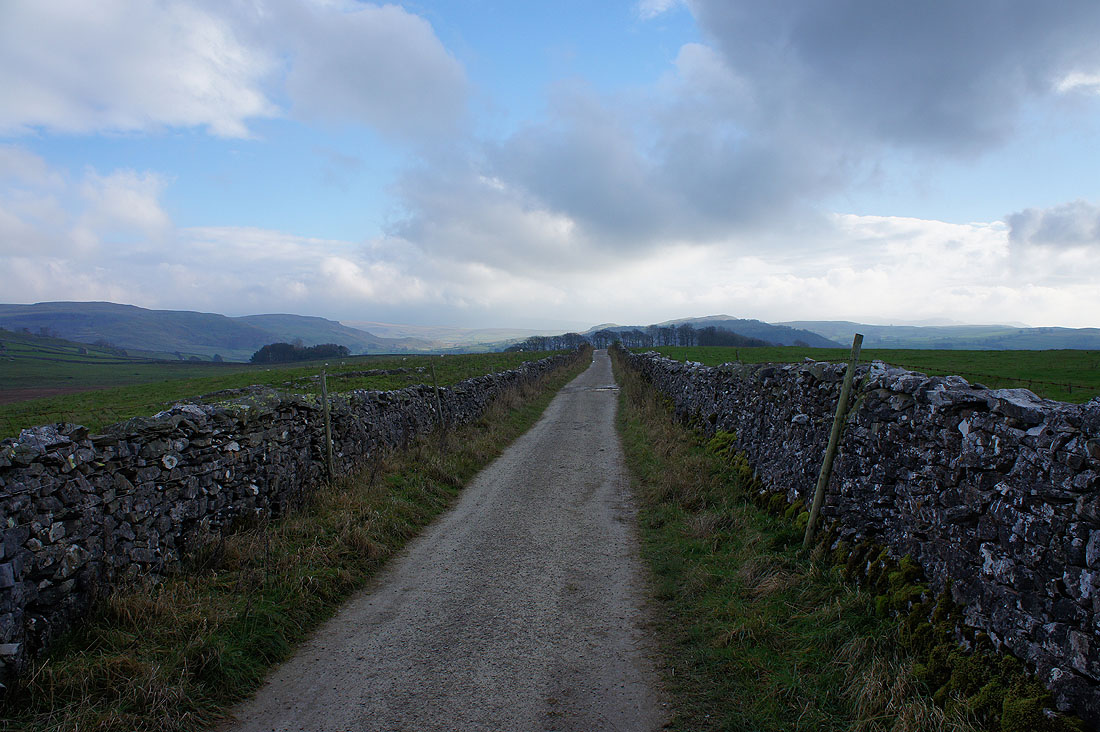 ..on Thwaite Lane towards Wharfe 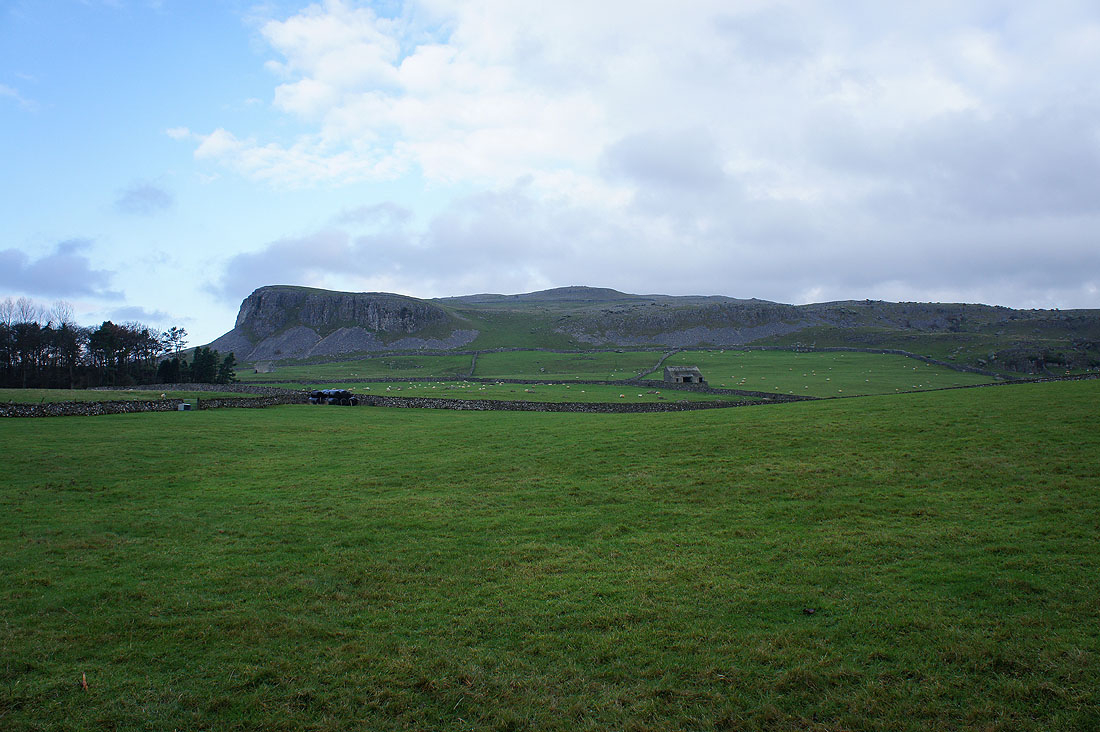 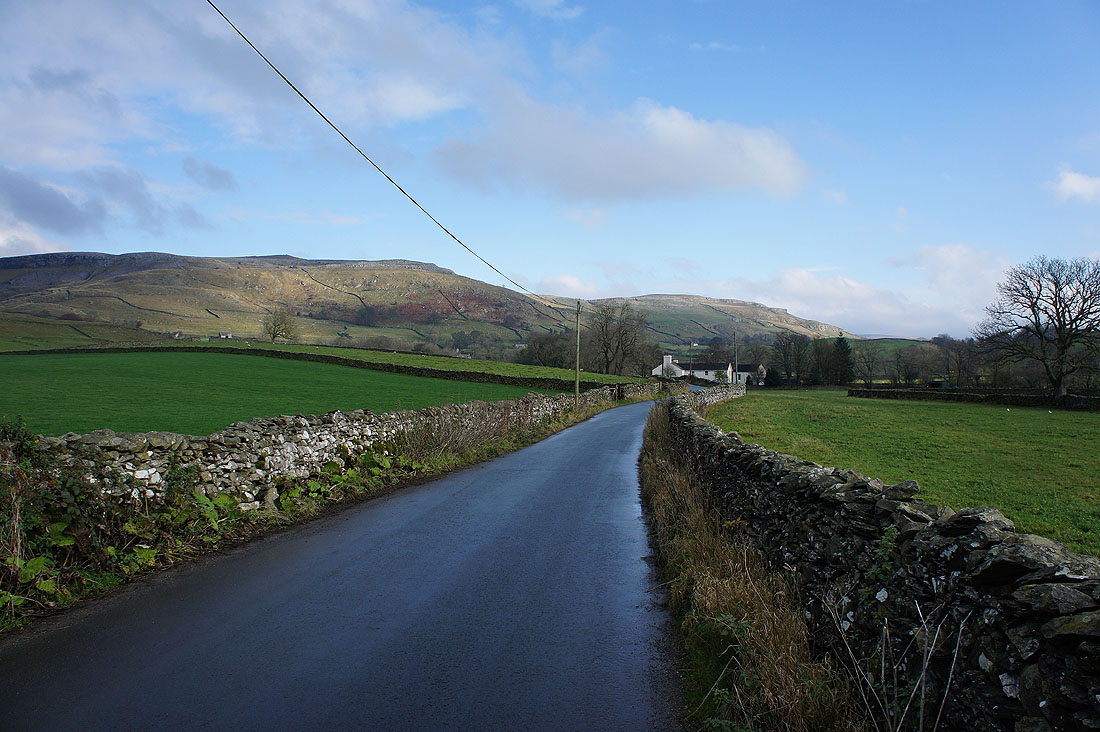 At the end of Thwaite Lane I turned left and briefly followed this road. Looks like it might be brightening up. 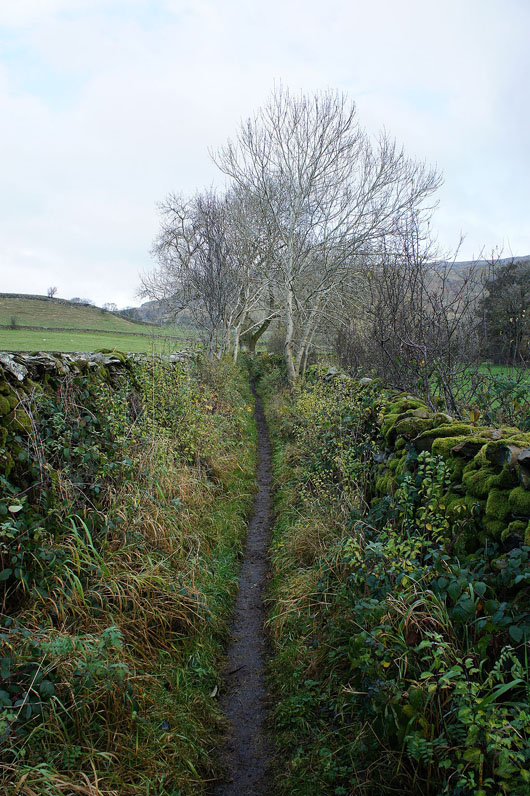 I soon left the road for this bridleway to Wharfe 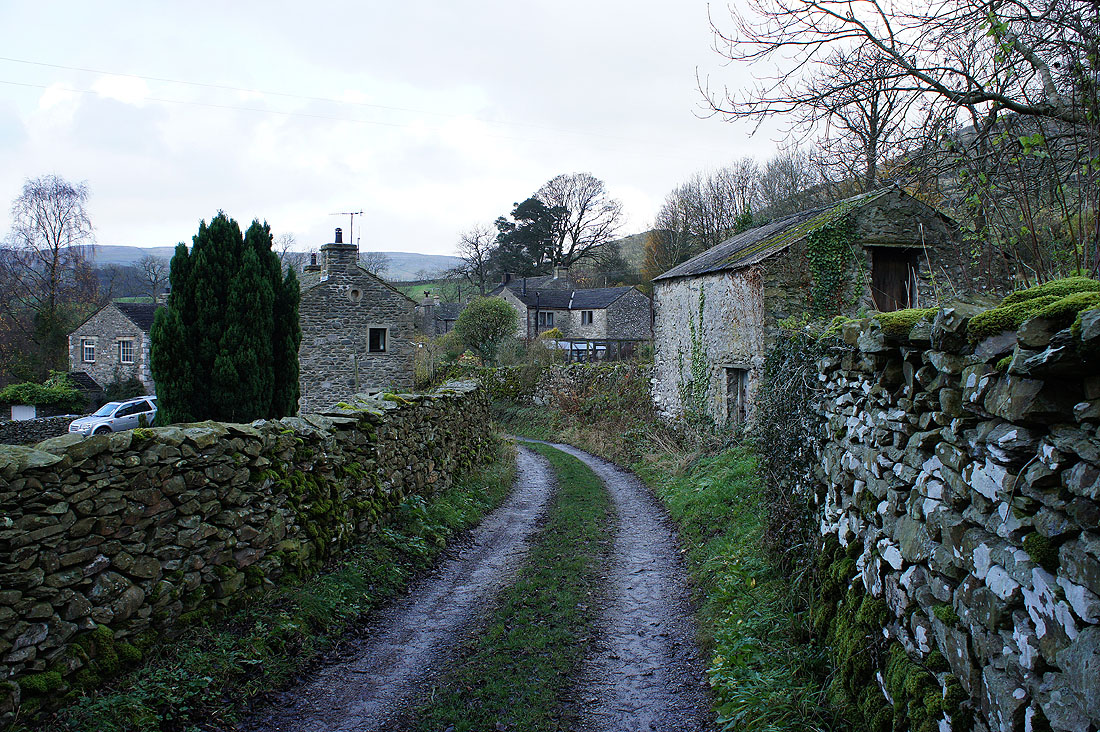 The quiet hamlet of Wharfe 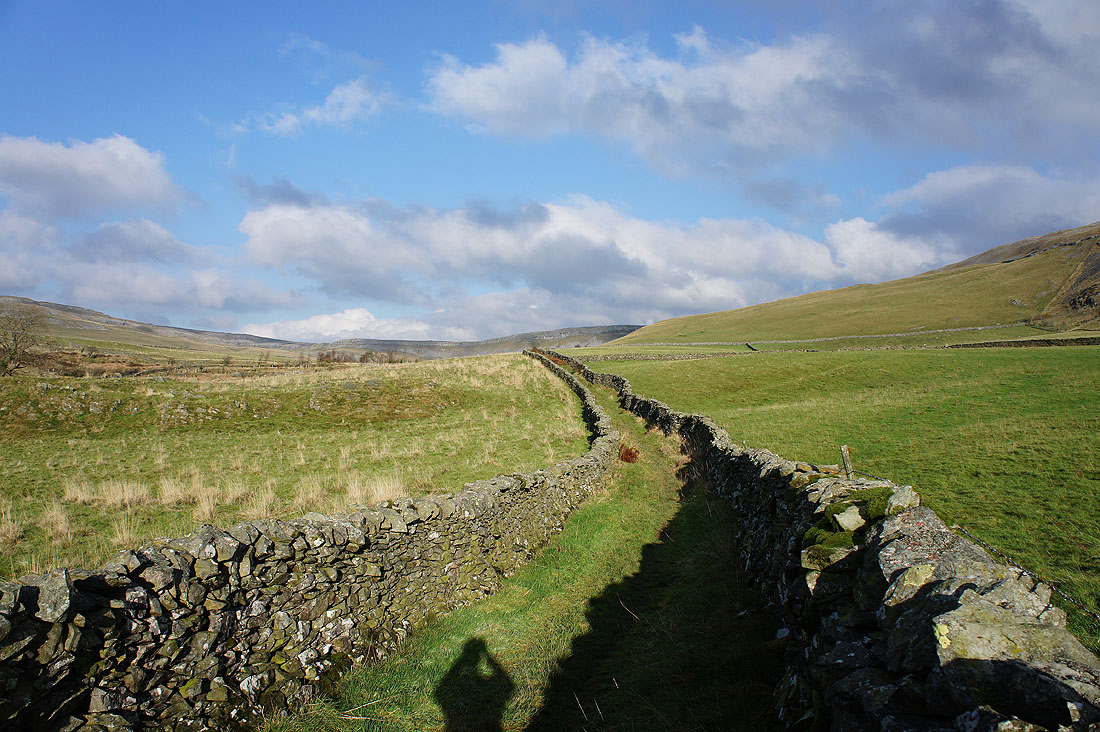 On the bridleway up Crummack Dale. I decided to stop and have my lunch here and while I did the skies brightened considerably and it felt really mild in the sun. 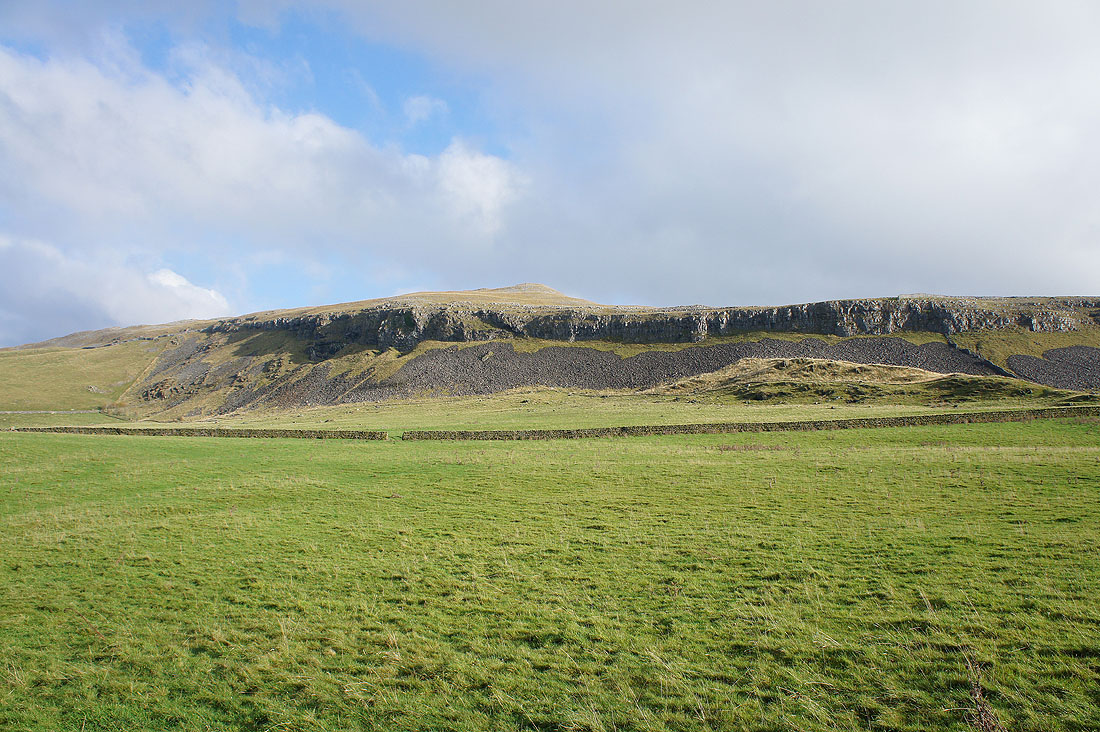 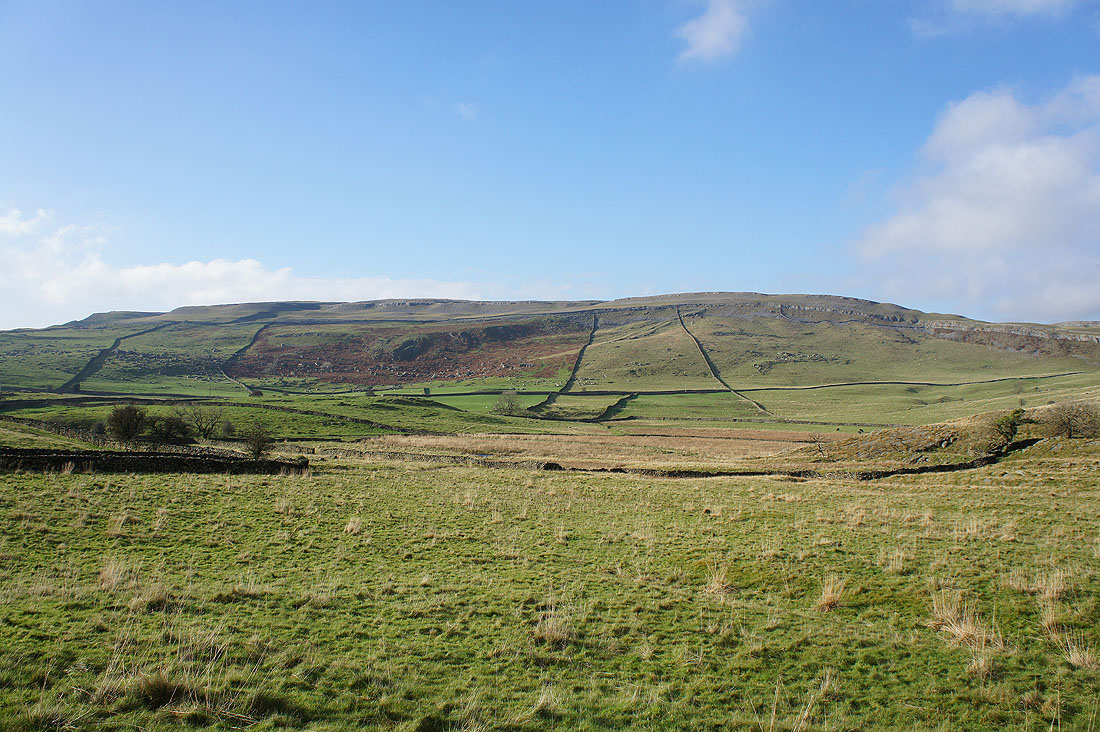 Thwaite. I'll be walking across its top later in the day. 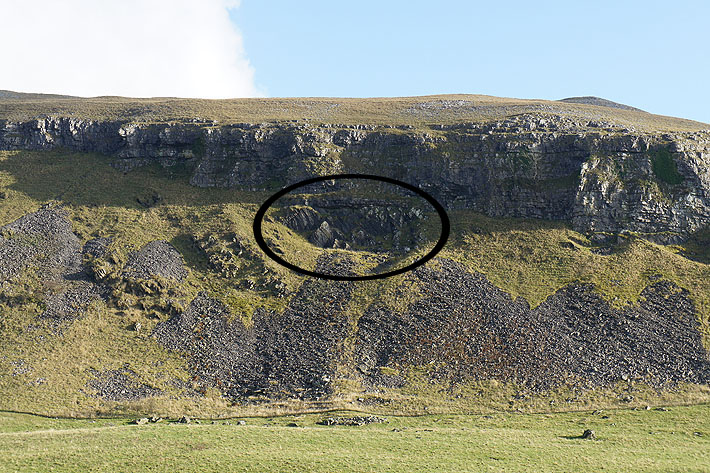 One for the geologists out there. As I continue up the bridleway there's an excellent example of an unconformity visible on Studrigg Scar. The older Silurian rocks have been folded then eroded before the younger Carboniferous limestone has been deposited on top. 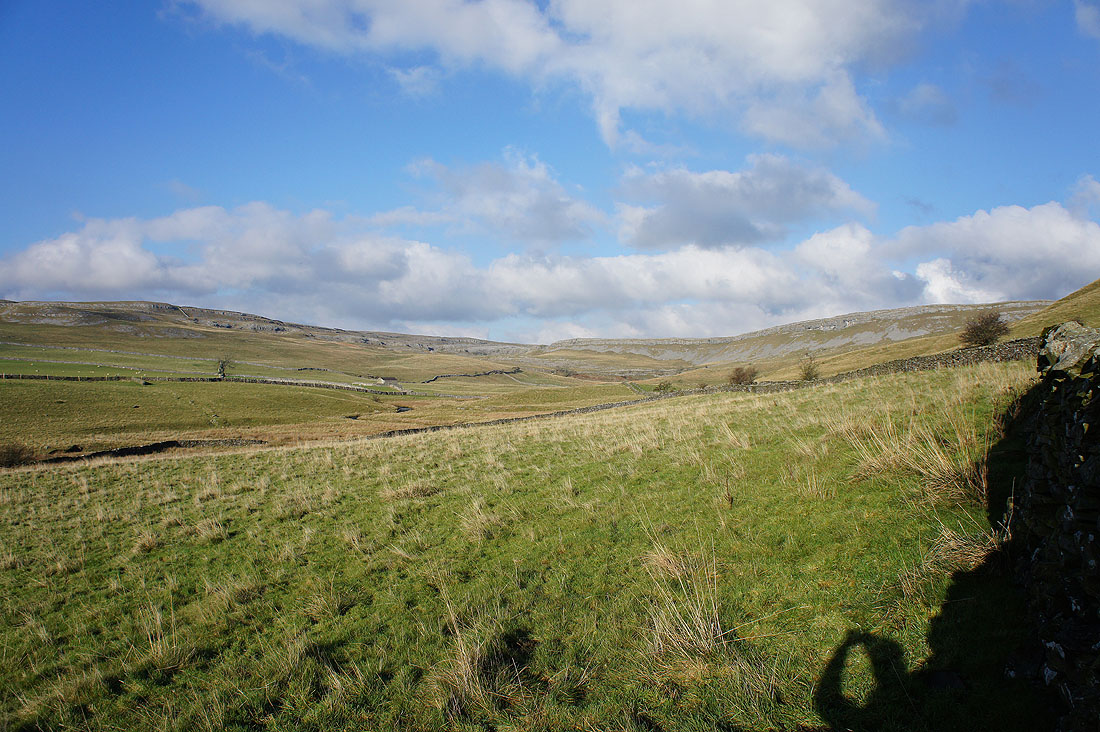 Crummack Dale is a beautiful little valley and there's a feeling of seclusion with limestone crags surrounding its head.. 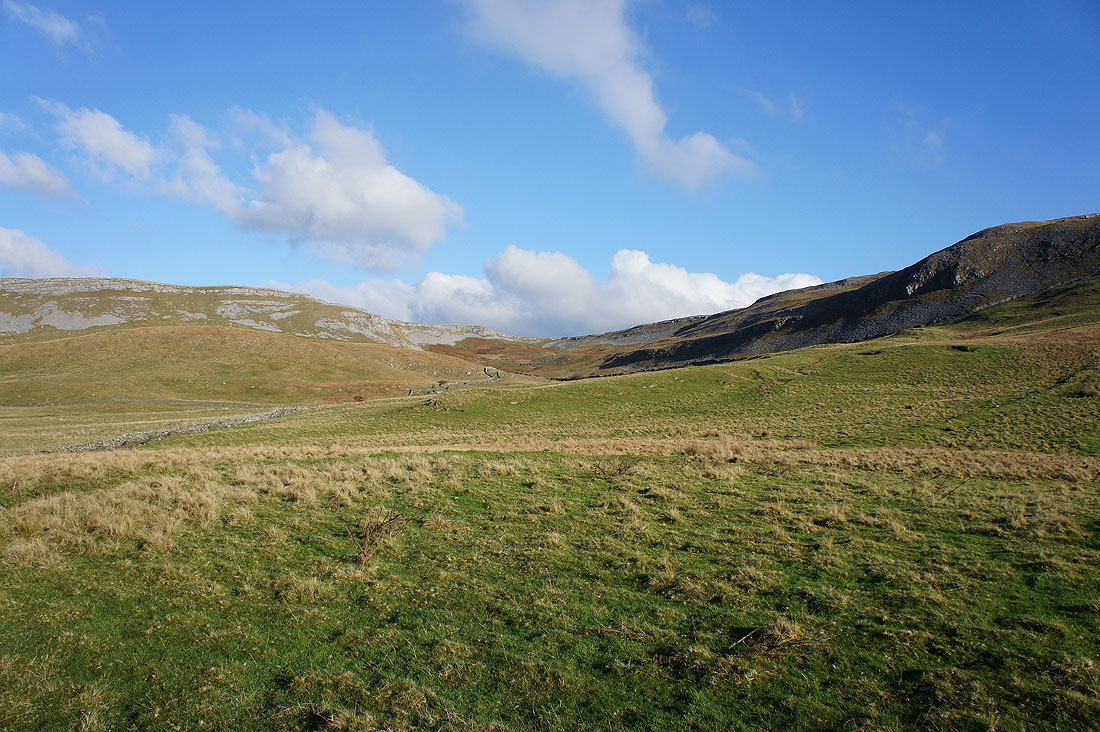 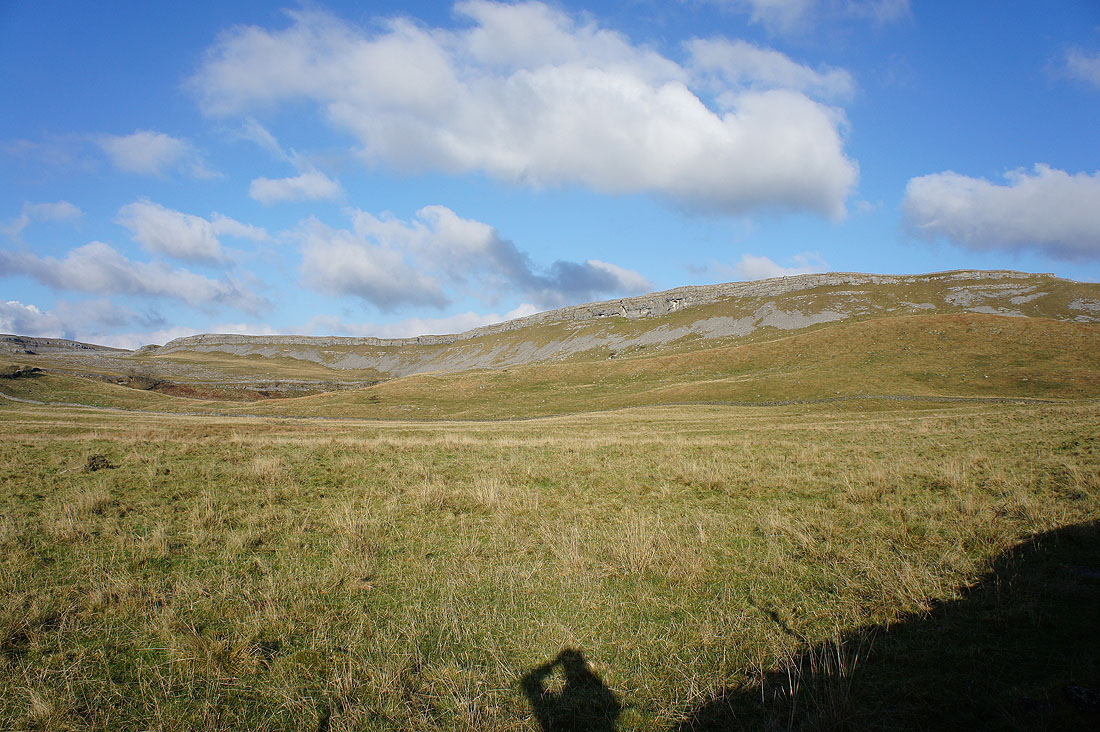 Time to head up and out of the valley. I couldn't resist taking a shot of this beck as I crossed it. 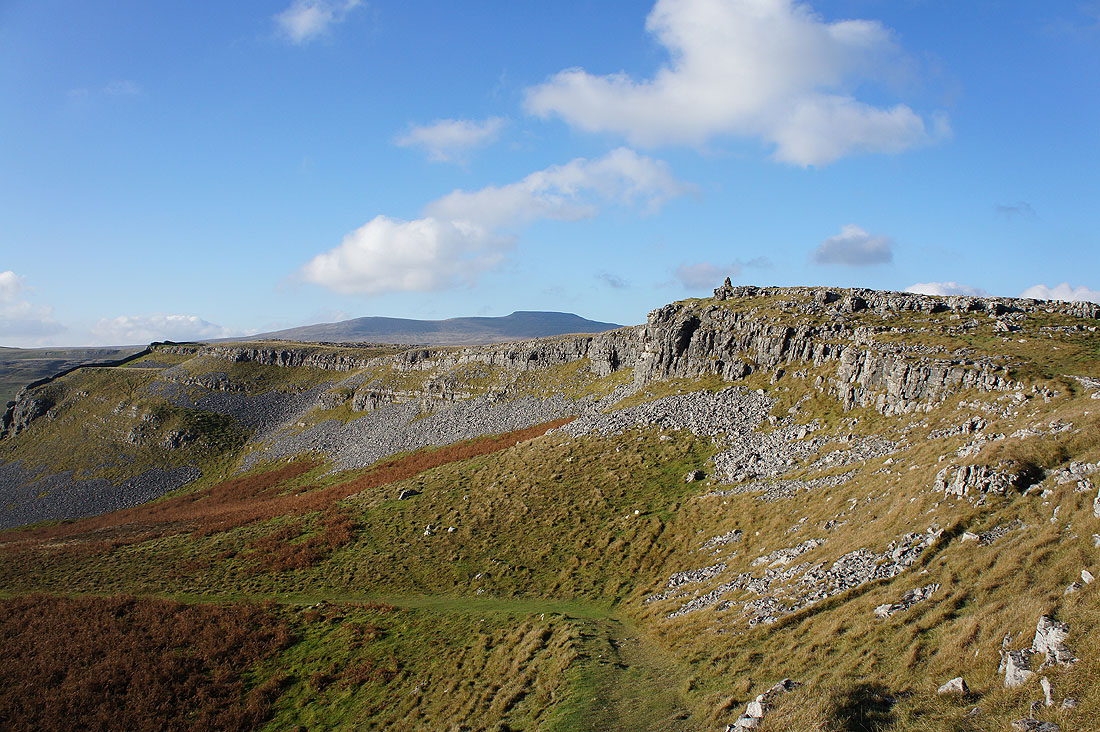 Almost there and Ingleborough appears over the top of Moughton Scars 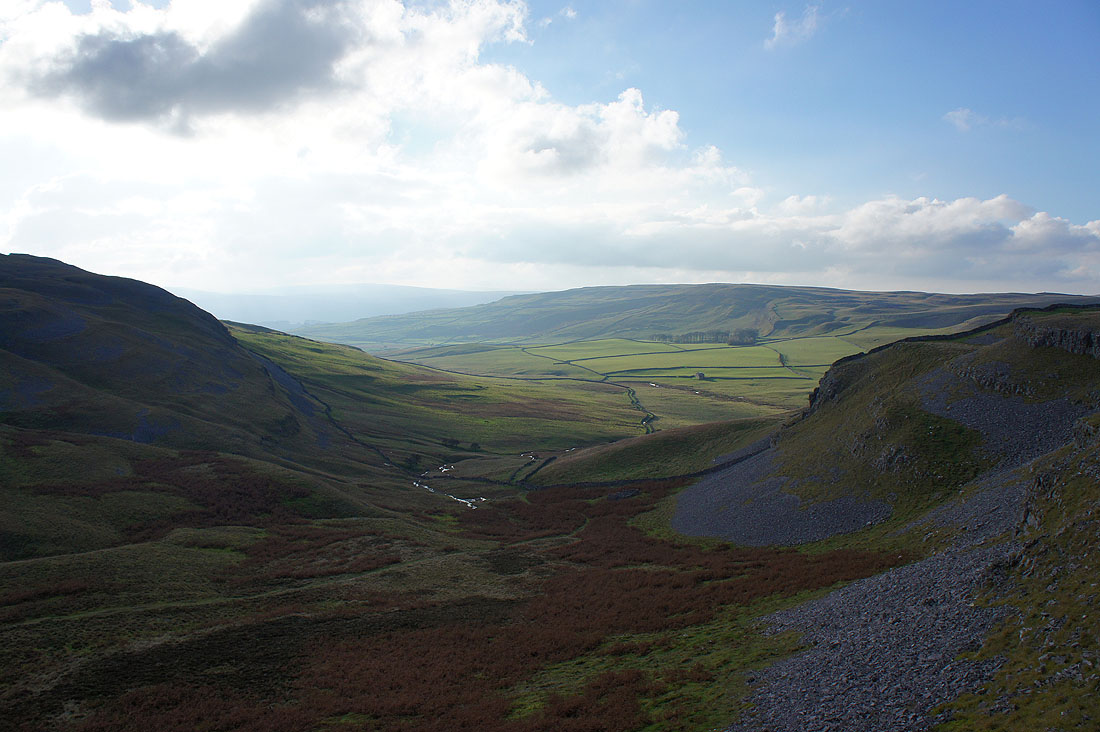 Looking back down on Crummack Dale 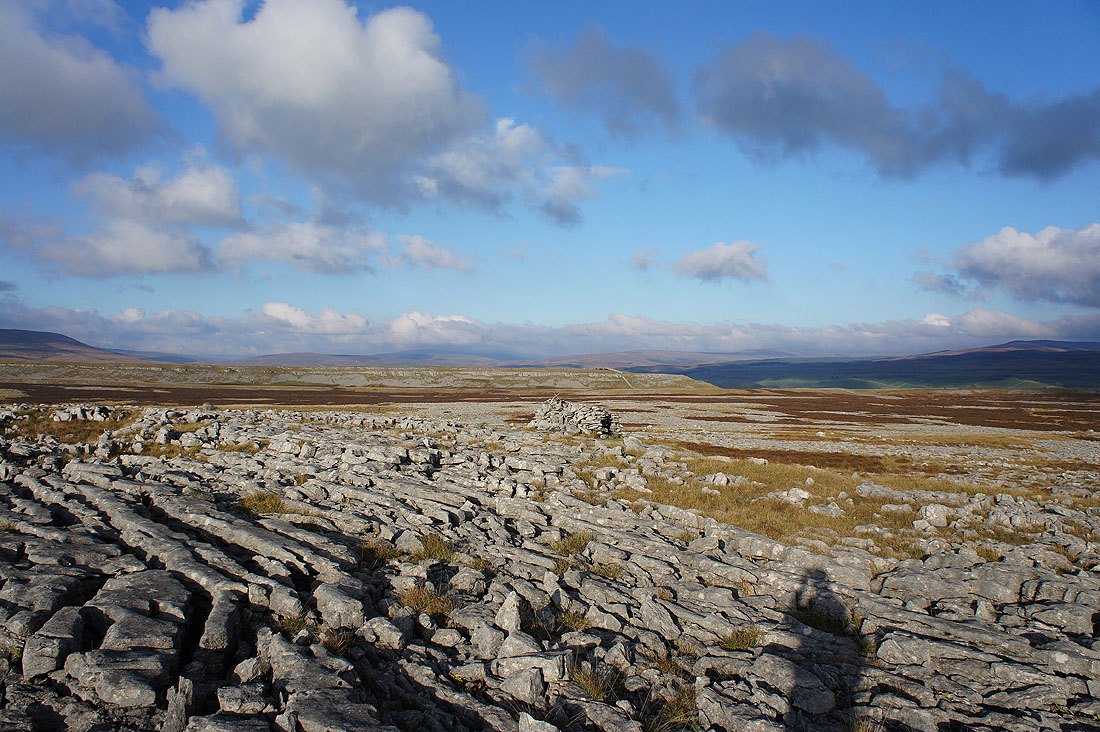 There's a lot of limestone pavement up here. I'm going to follow a path across the top of Moughton Scars towards Sulber Gate. 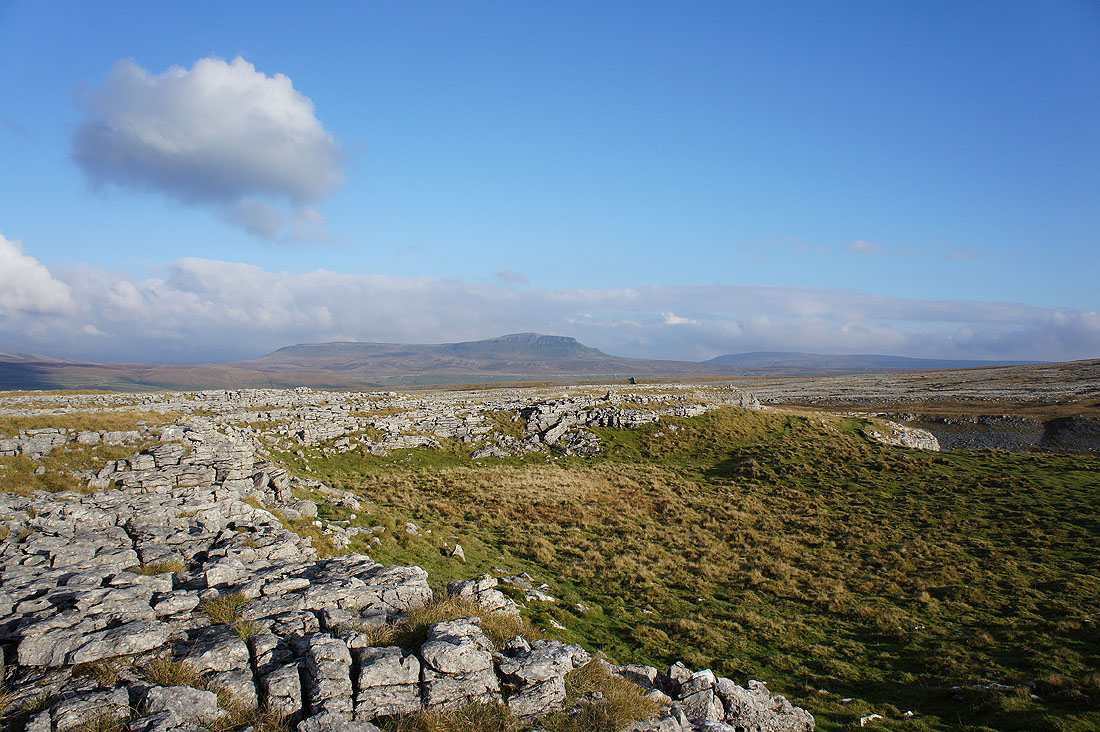 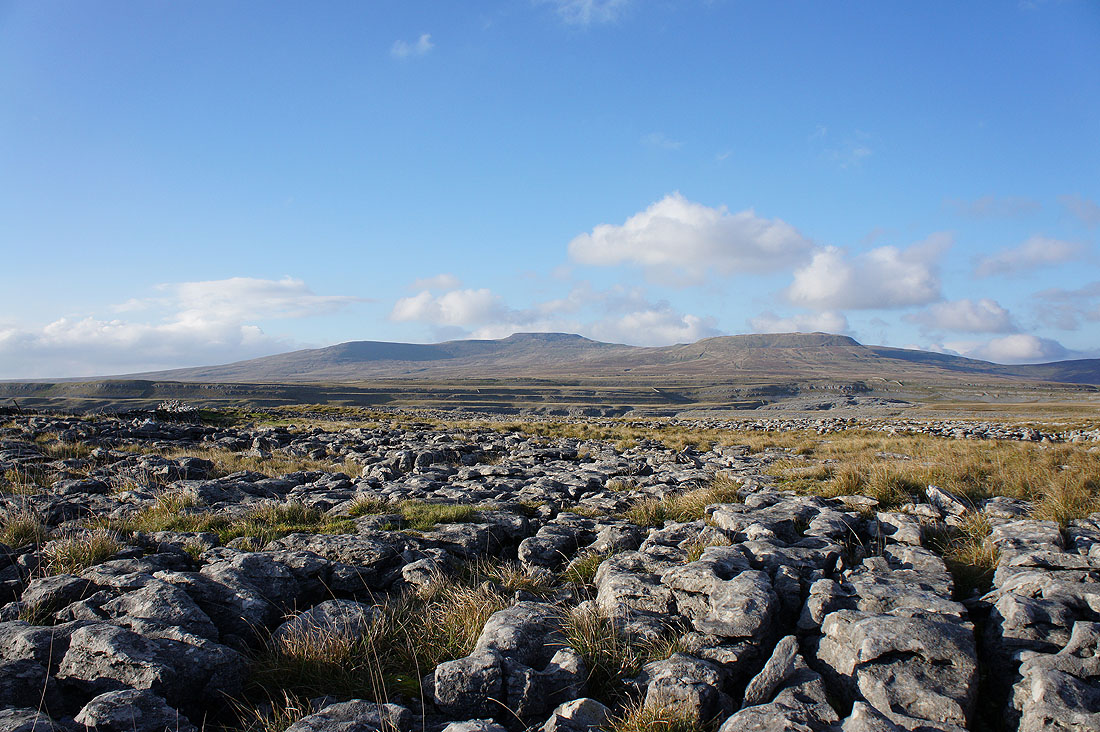 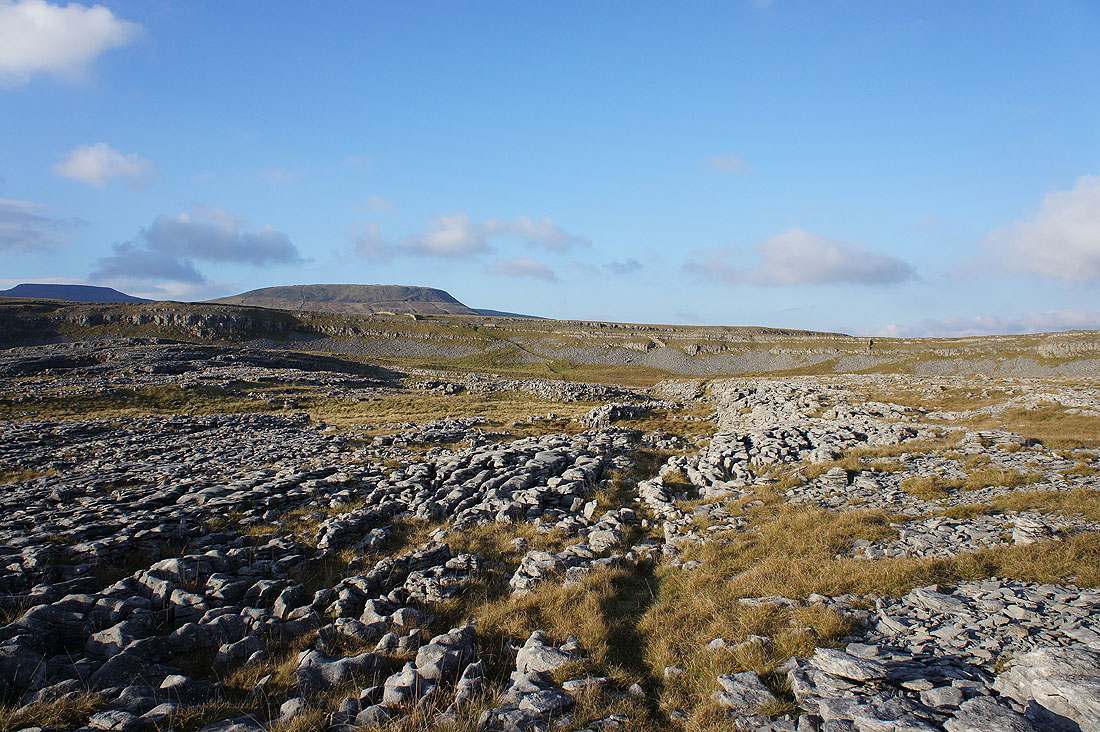 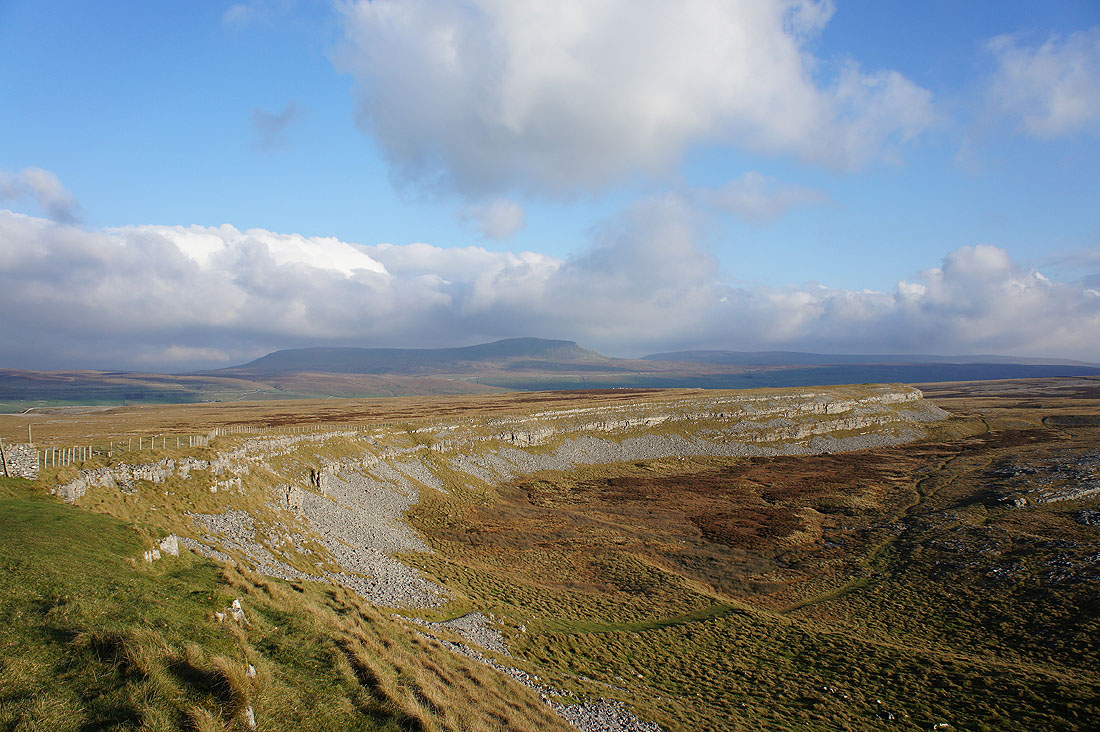 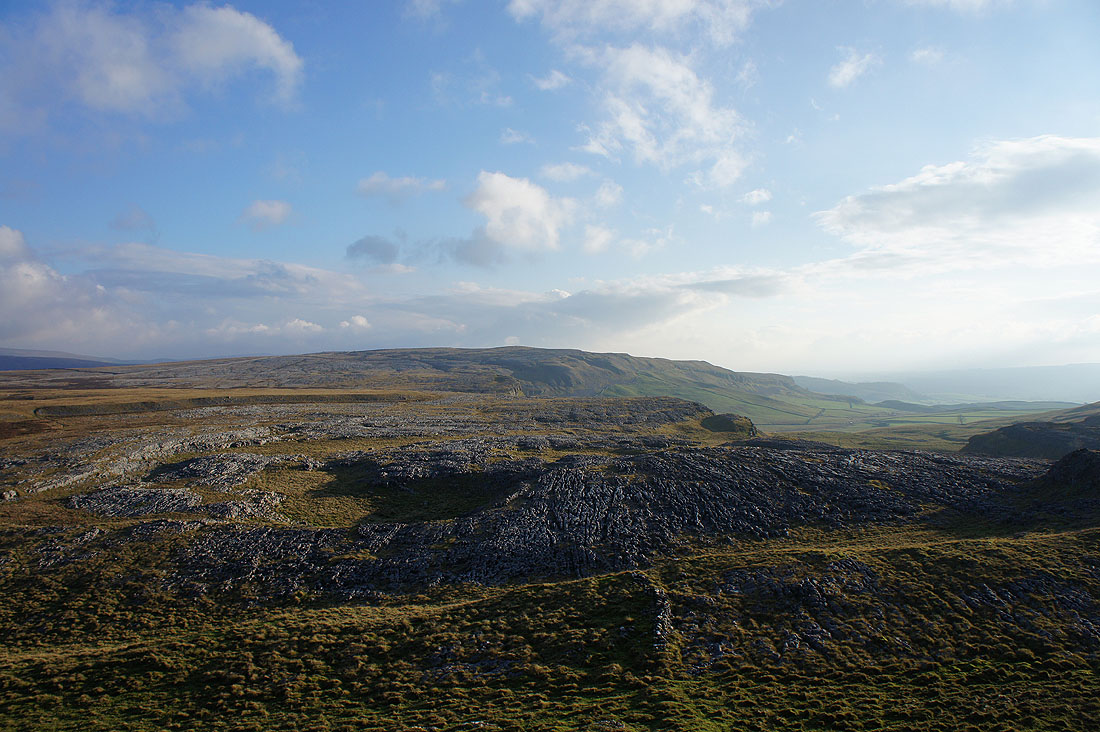 Looking across the limestone pavement above Moughton Scars to Moughton 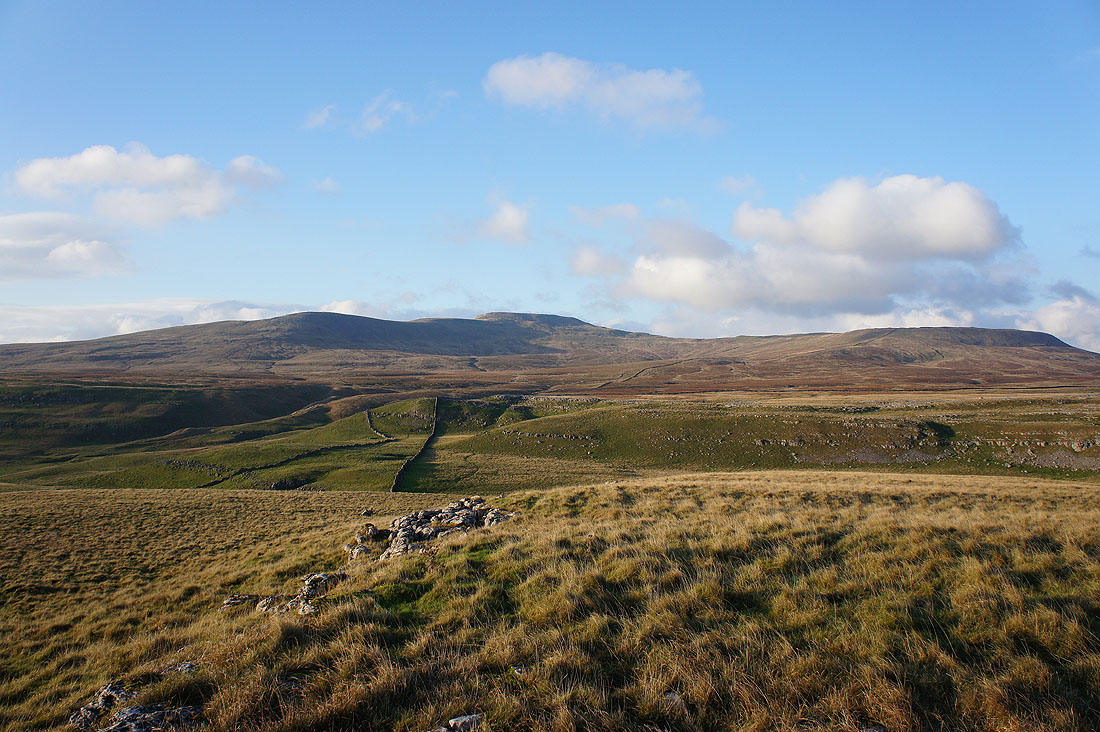 Ingleborough from the cairn on Long Scar. At this point I could head back down to Clapham but I'll continue on across the top of Thwaite and visit the Norber erratics. 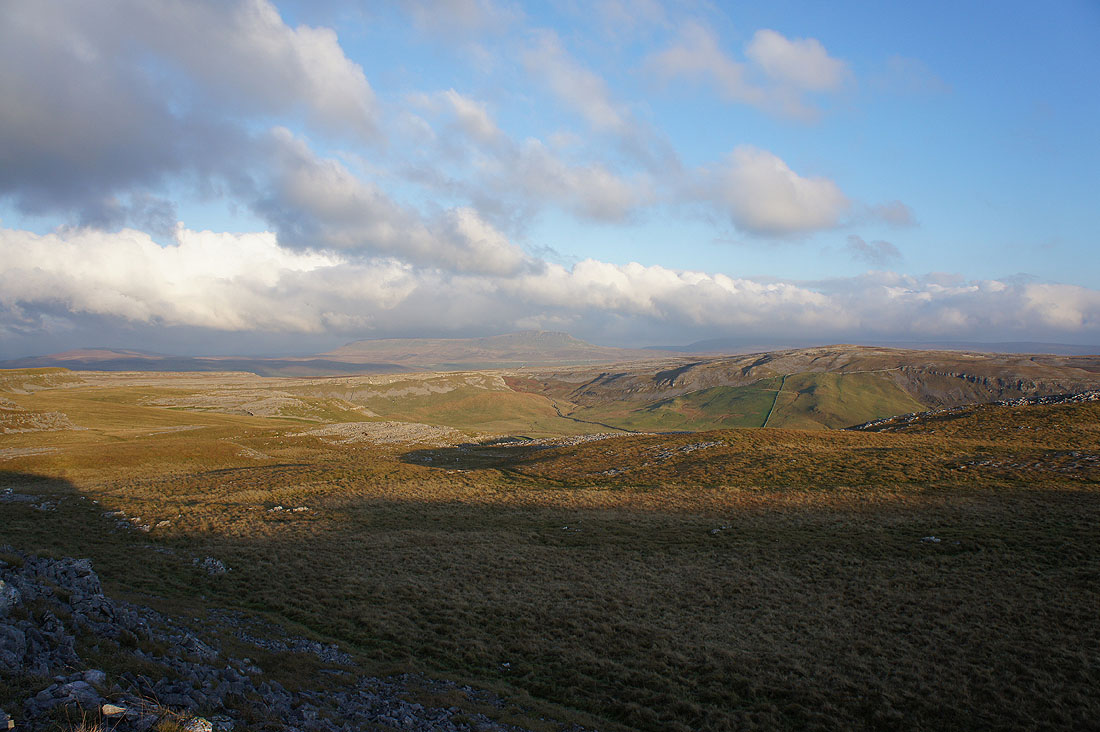 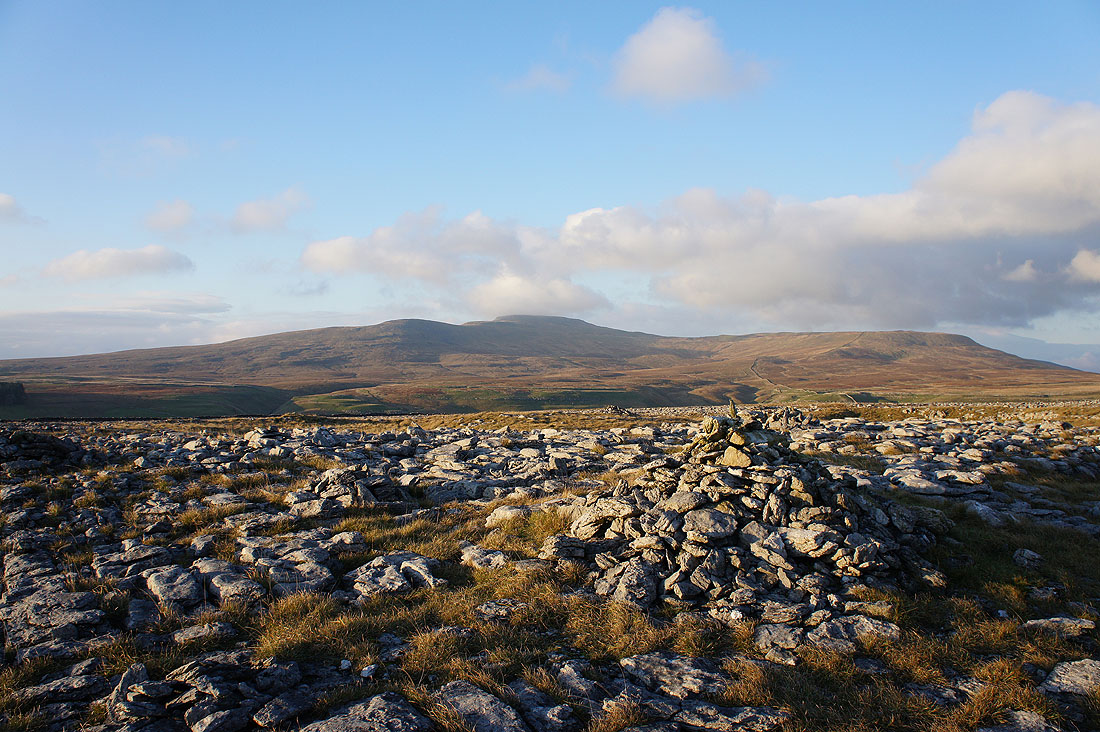 Ingleborough from what might be the highest cairn on Thwaite 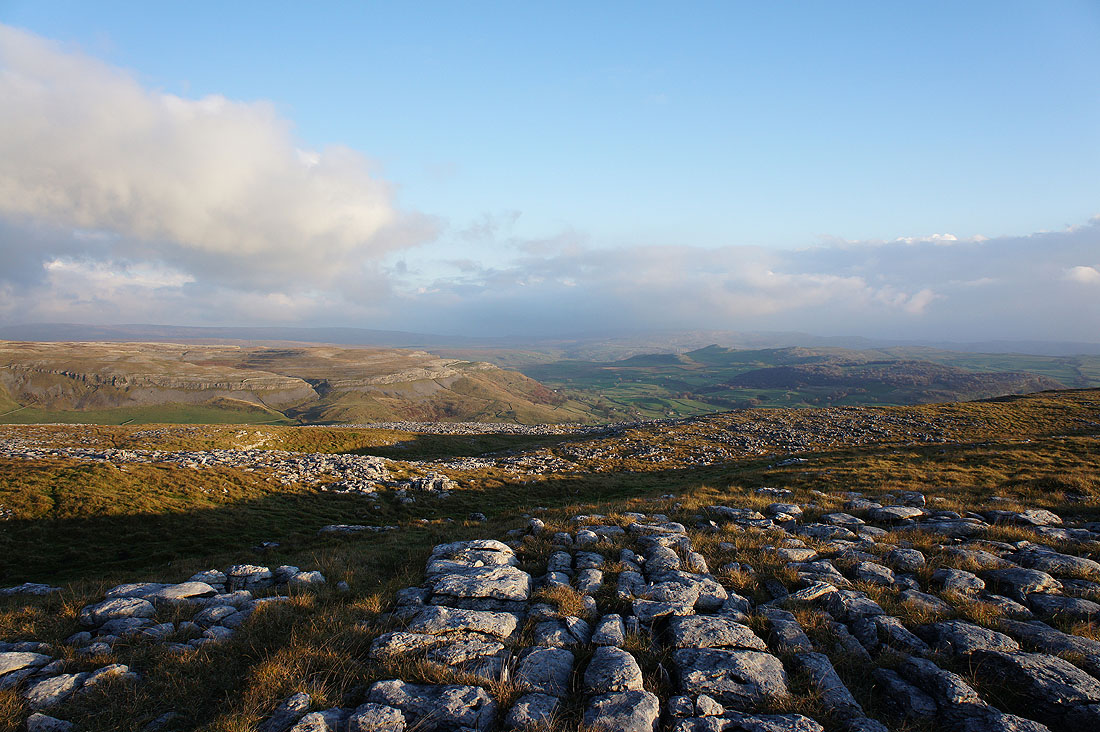 There's a great view looking east with Moughton on the left, Smearsett Scar and Pot Scar on the right and the fells on the other side of Ribblesdale in the distance 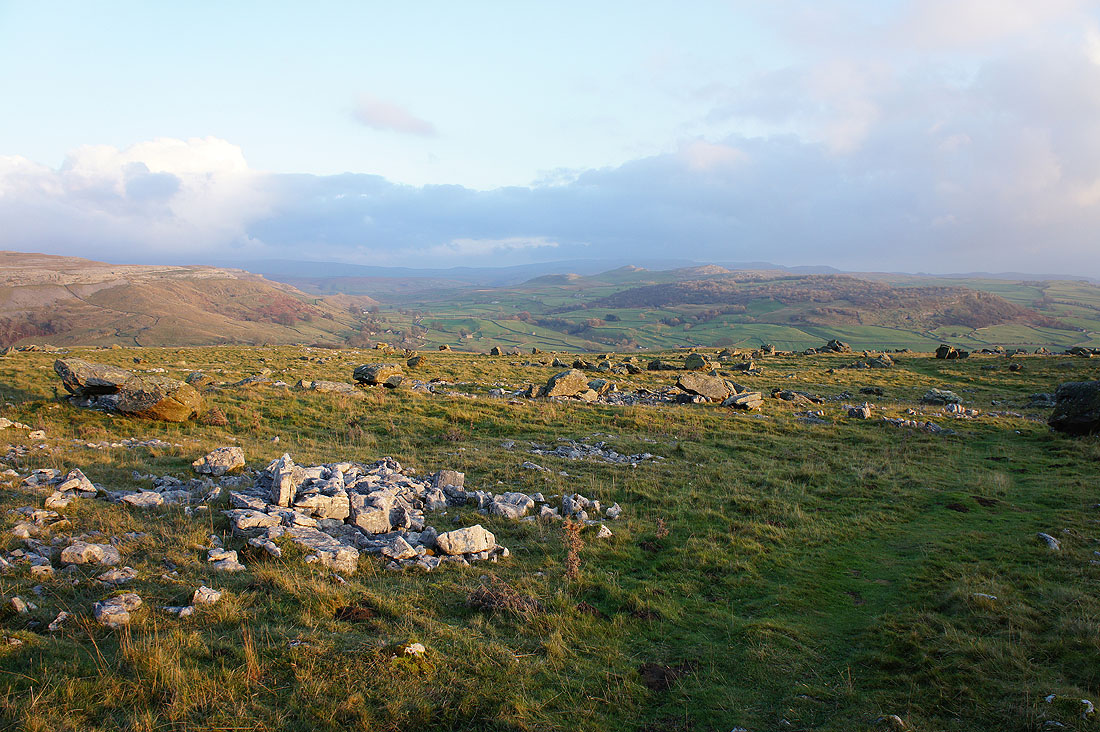 Entering the boulder field of the Norber erratics 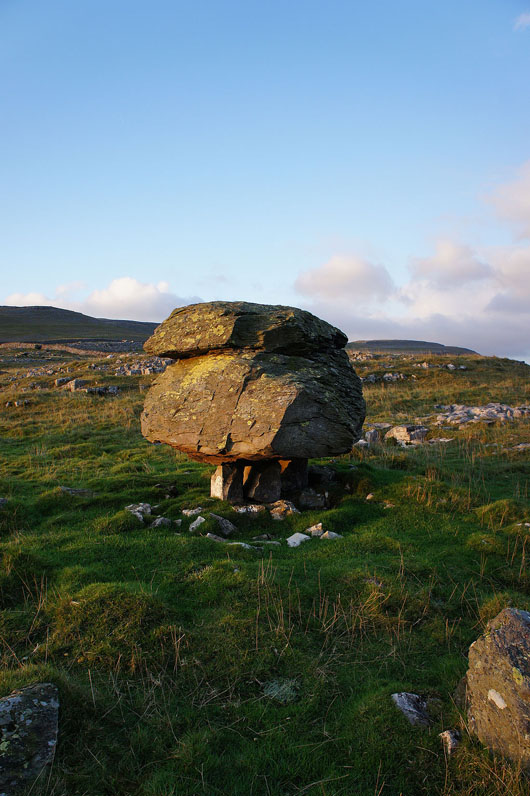