This was actually my first visit to Ilkley for this walk across Ilkley Moor and I'll definitely be back. I deliberately picked a weekday so that it wasn't so busy. There was some sunshine around when I set off but it was one of those days when the clouds fill in for the afternoon and then die away as evening approaches. Despite that and the cool breeze it was an enjoyable walk especially with all the heather in bloom.

From the Darwin Memorial Gardens car park on Wells Road I walked up the road for a short distance before taking the Millennium Way path that runs across the northern edge of Ilkley Moor. When it reached its high point on Addingham High Moor I left it behind and made my way up to the trig point. I then continued across Rombalds Moor past the Buck Stones and the Wireless Station at Whetstone Gate to reach the trig point on the top of Ilkley Moor. I paid the boundary stone of Lanshaw Lad and the Twelve Apostles stone circle a visit before heading down to Ilkley Crags and then the Cow and Calf Rocks. It was then just a case of making my way through the network of paths back to Ilkley (with a diversion for a cup of tea at the hillside cafe of White Wells).
Route map 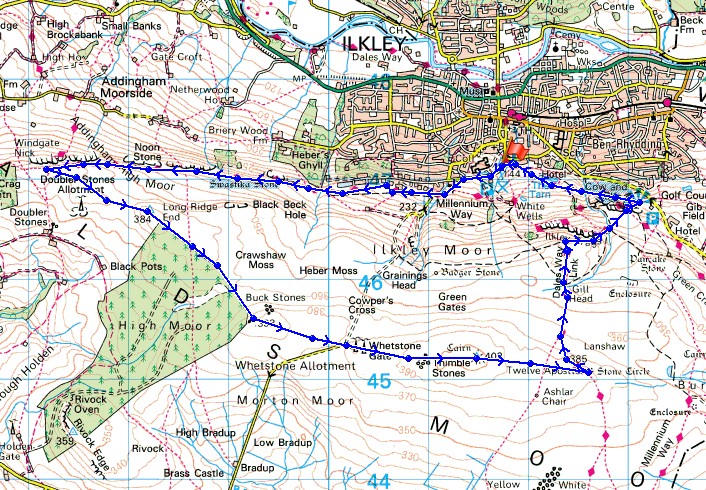 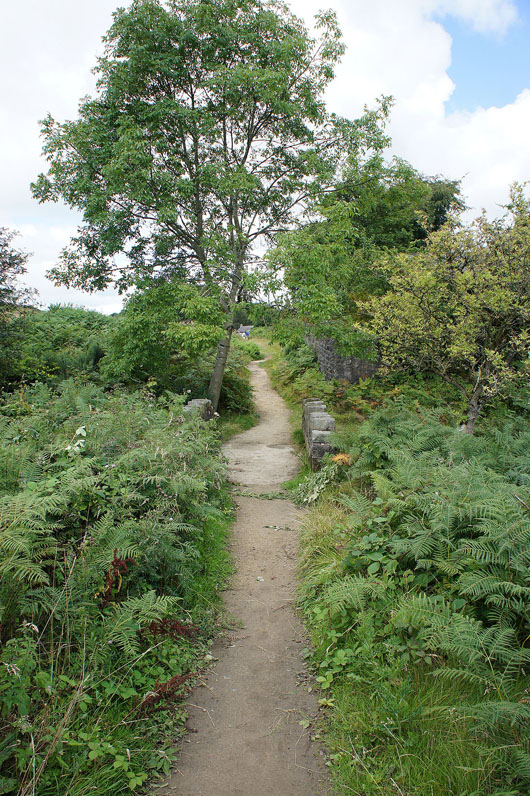 Onto the Millennium Way 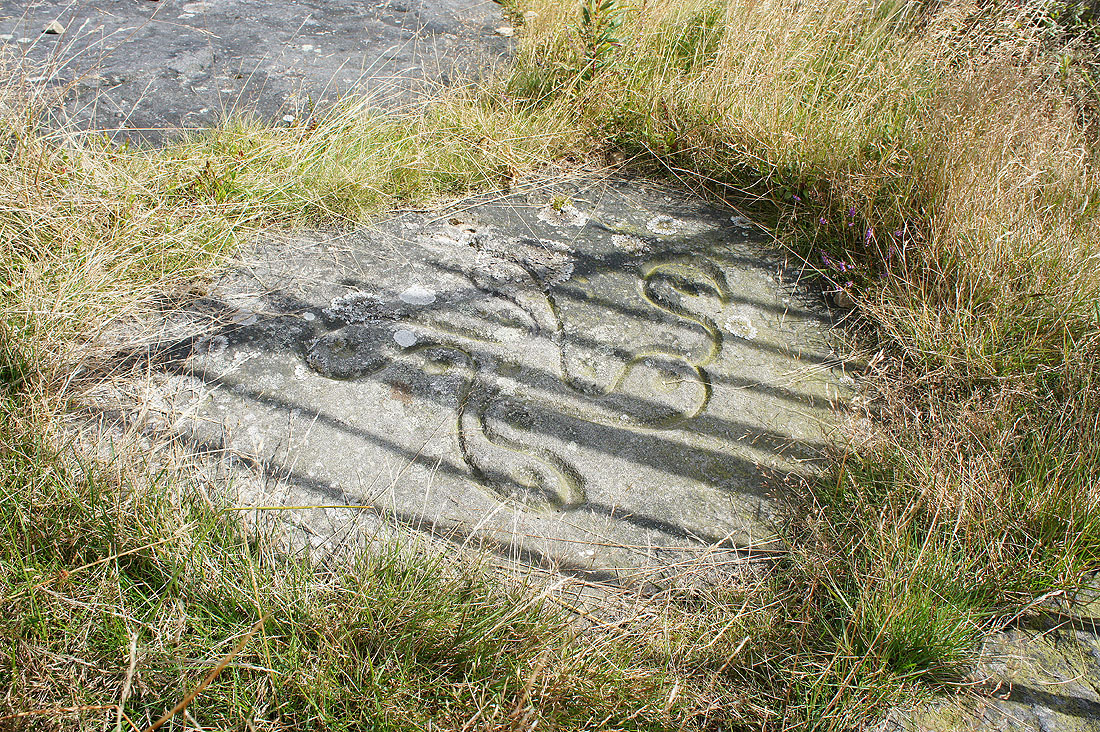 The Swastika Stone at the top of Woodhouse Crag. It's been fenced off to protect it. 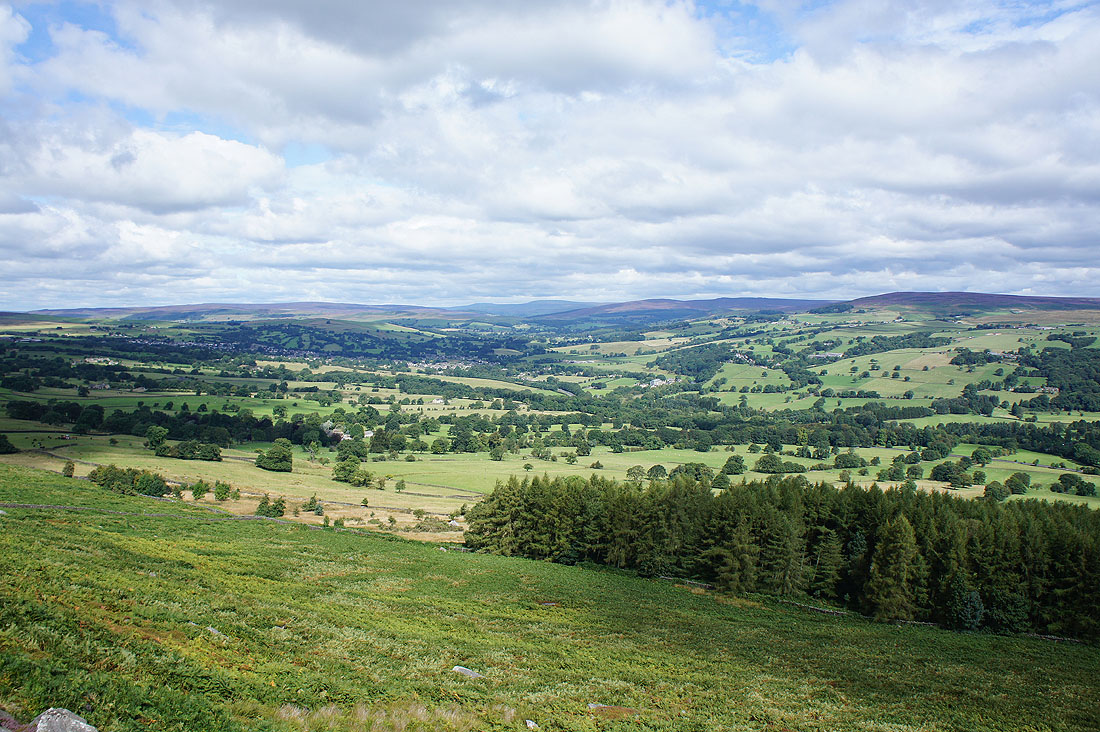 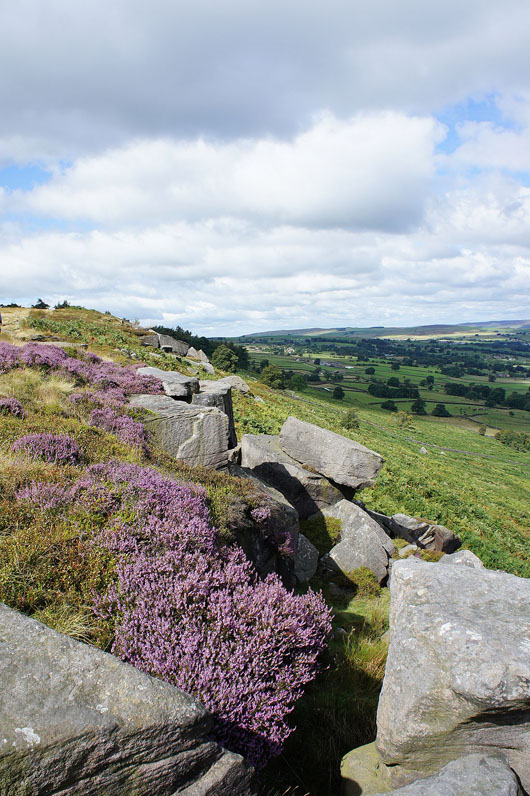 I do like the mix of heather and gritstone boulders 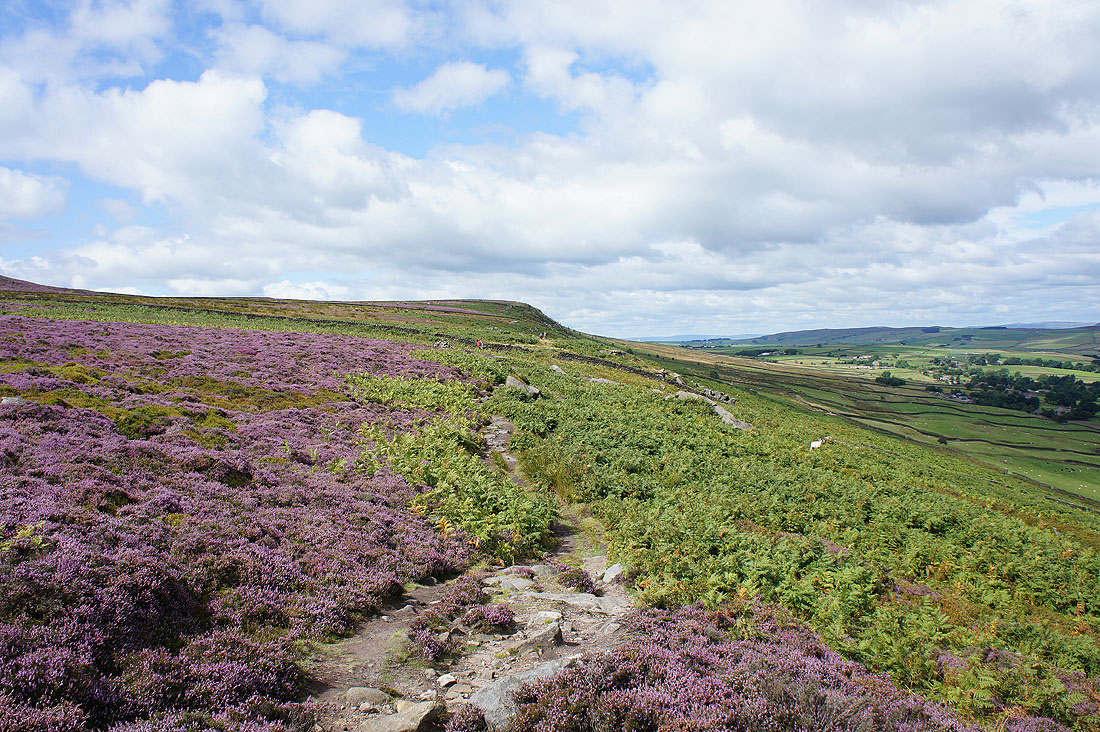 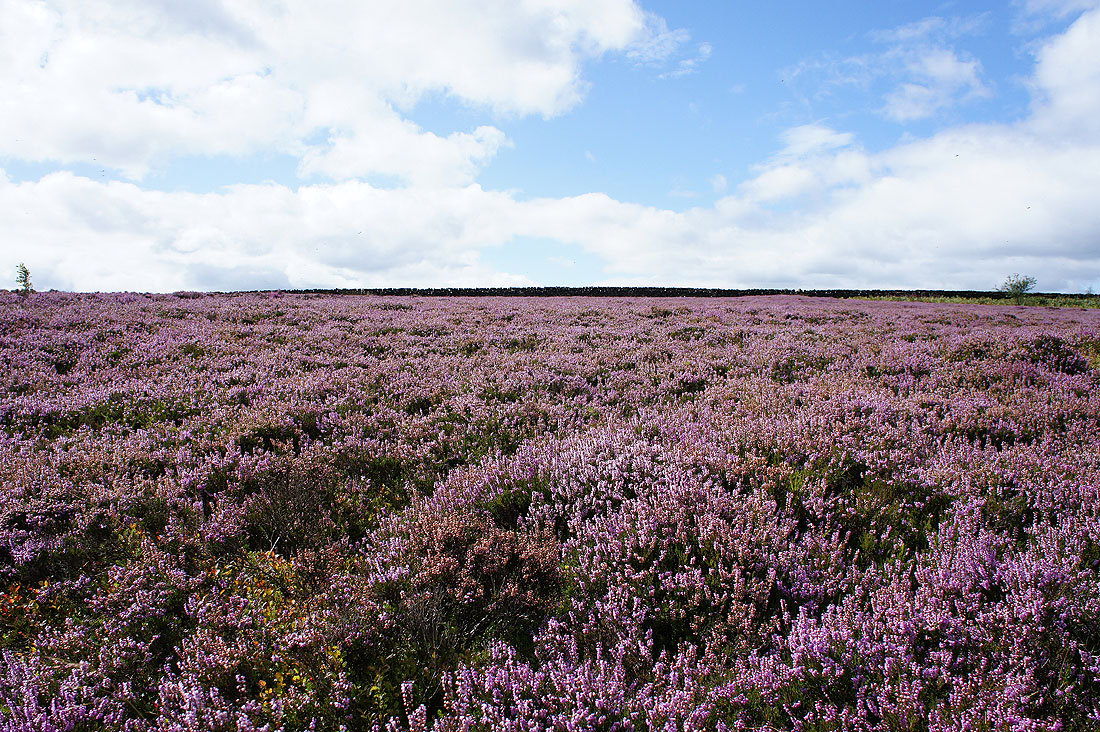 The heather is certainly having a good year 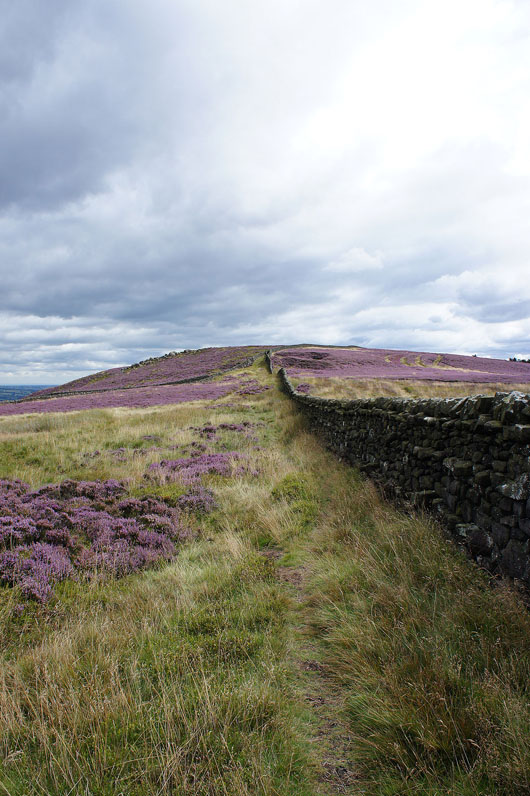 Having left the Millennium Way path I'm making my way up onto Addingham High Moor and the trig point on its top. There's a gate where the walls join up ahead. 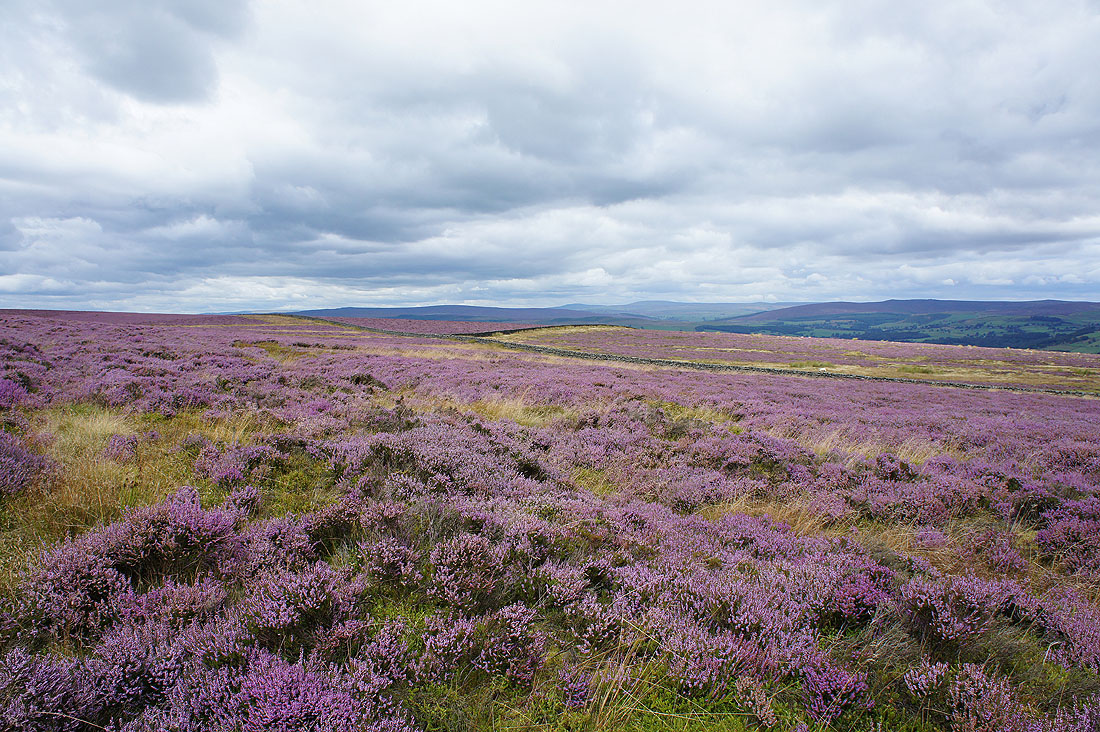 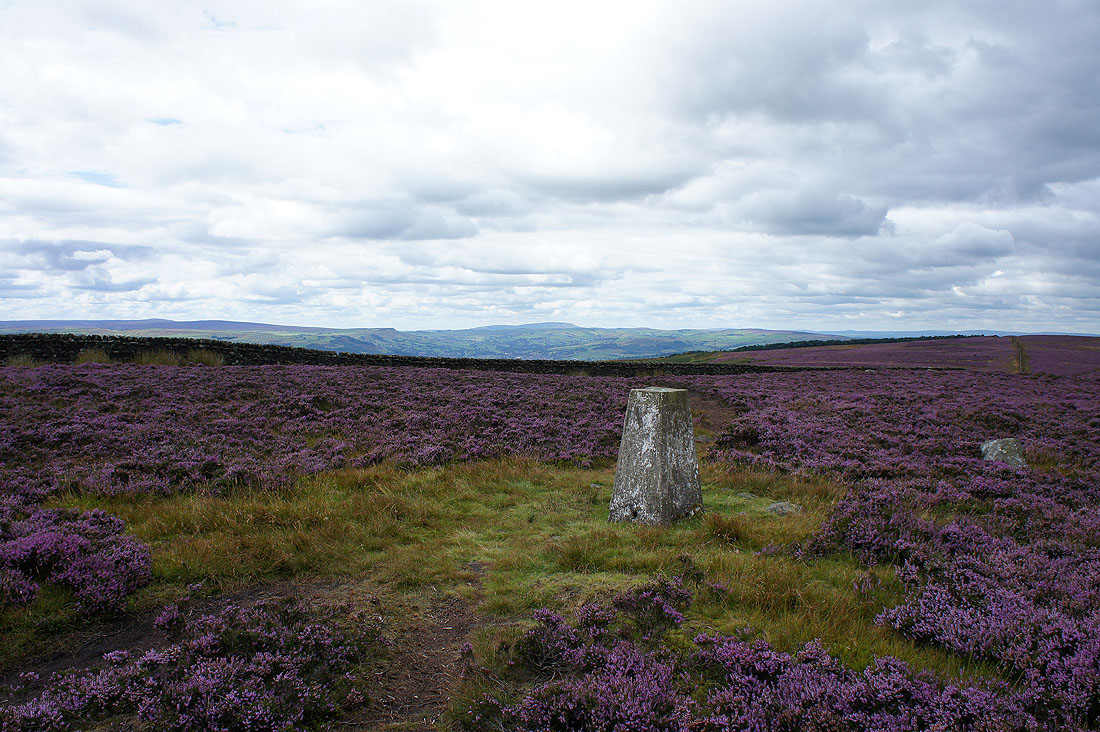 The view from the top of Addingham High Moor. Looking west, the highest hill on the left is Boulsworth Hill, then there's the sharp drop of Earl Crag and the distinctive profile of Pendle Hill. 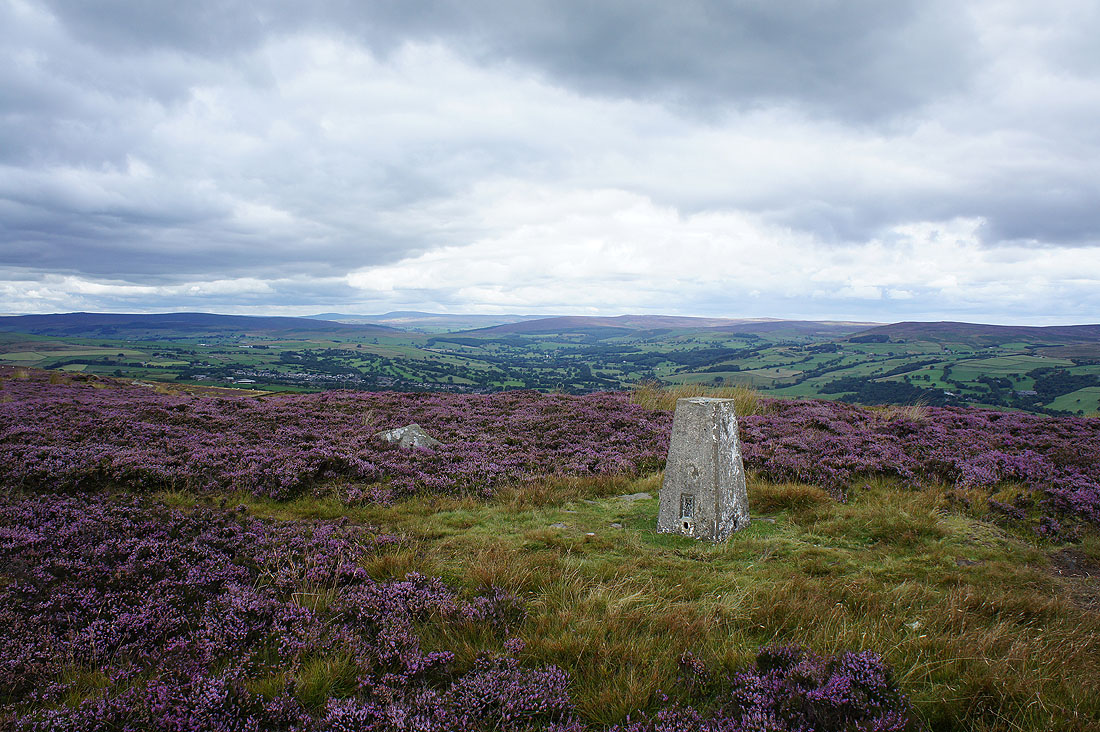 To the north Wharfedale and the hills at its head, Buckden Pike and Great Whernside 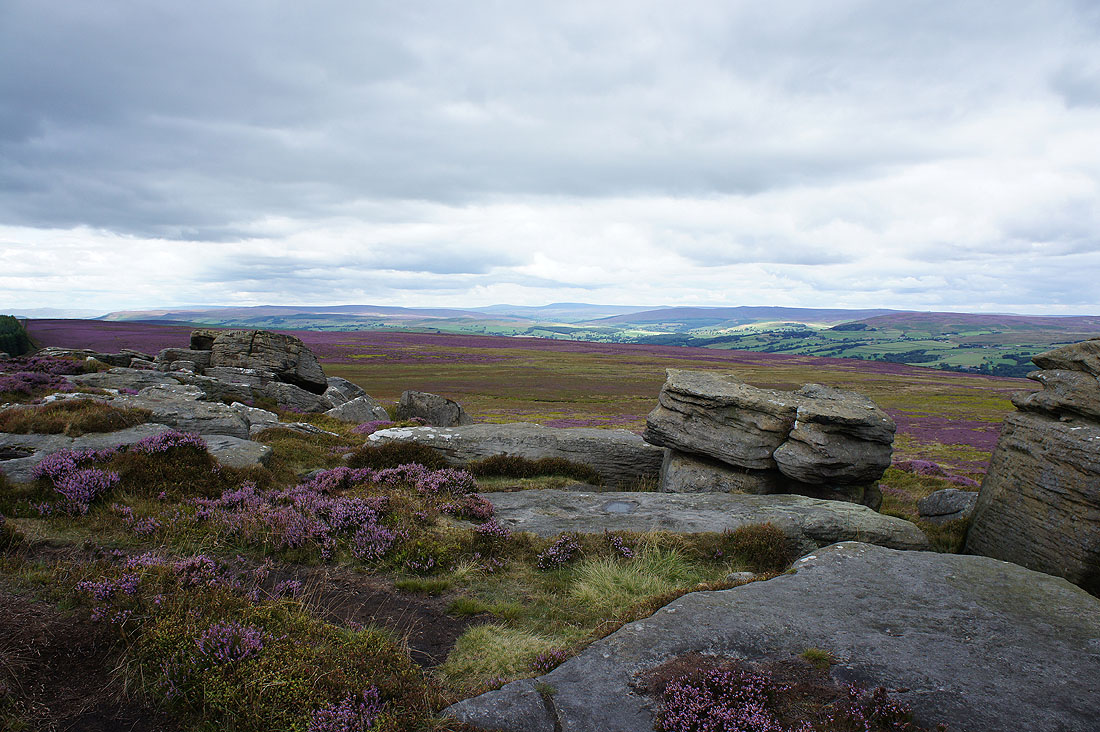 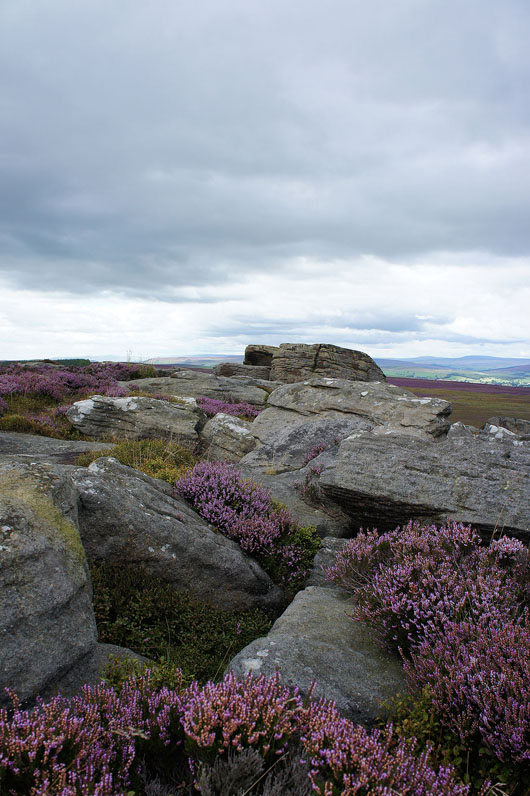 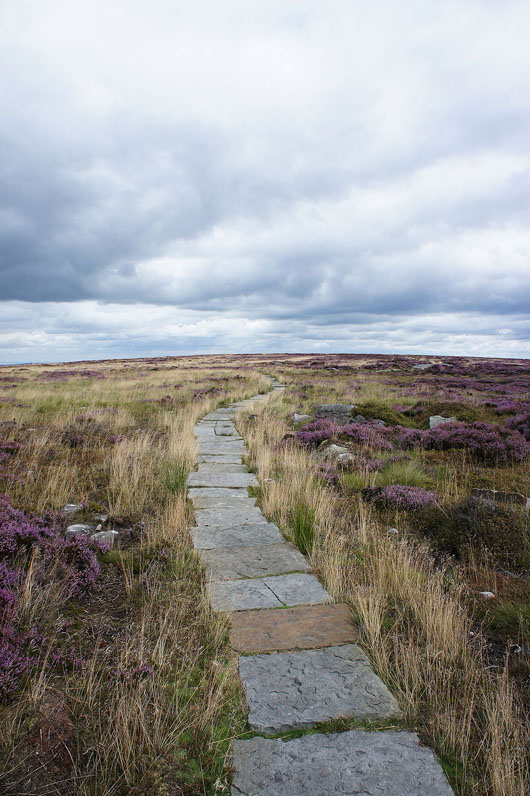 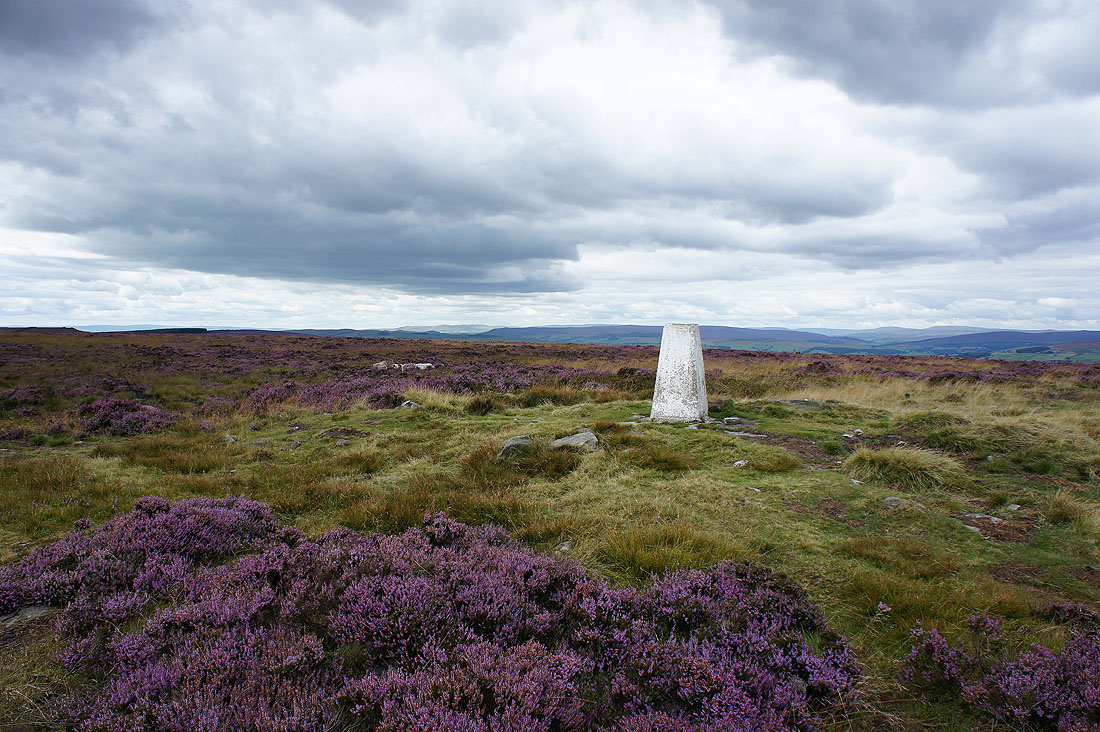 At the high point of the walk, the trig point atop Ilkley Moor 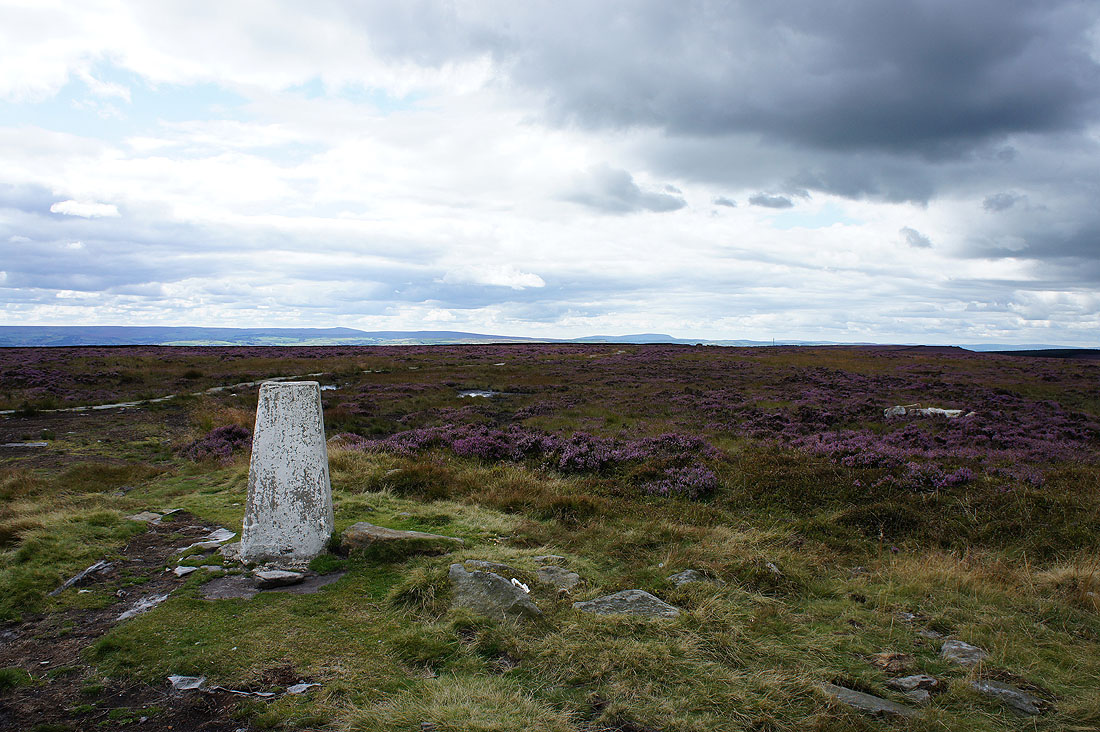 Boulsworth Hill and Pendle Hill to the west 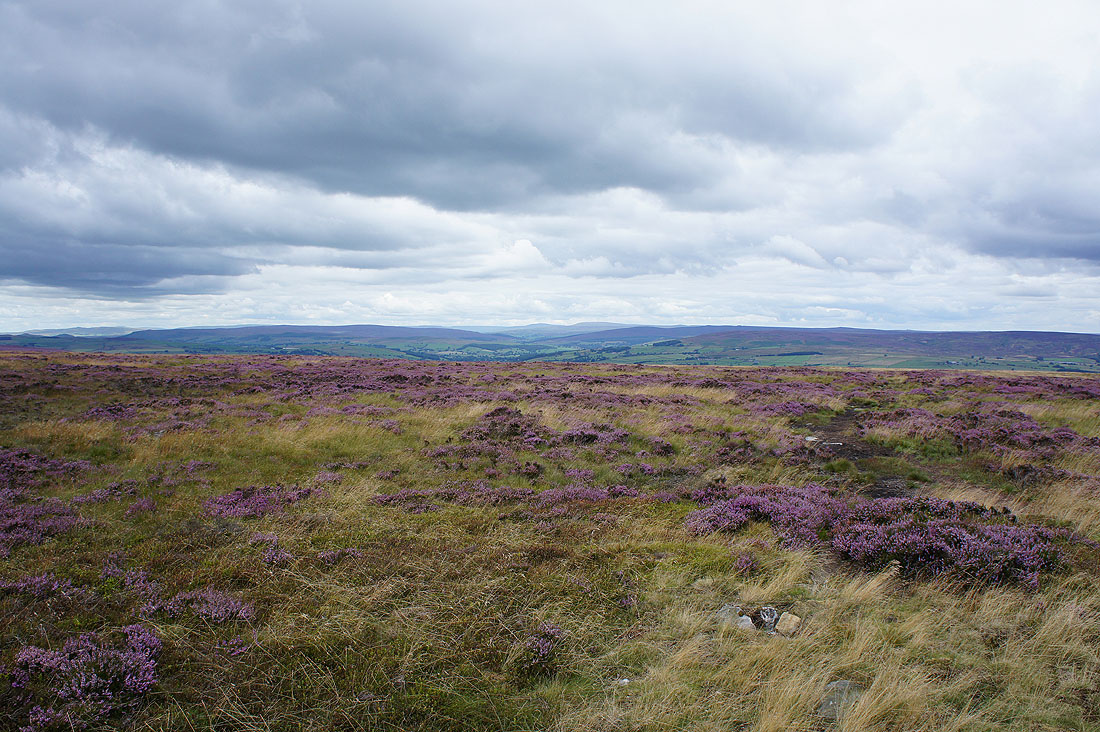 Looking north to the hills around Wharfedale 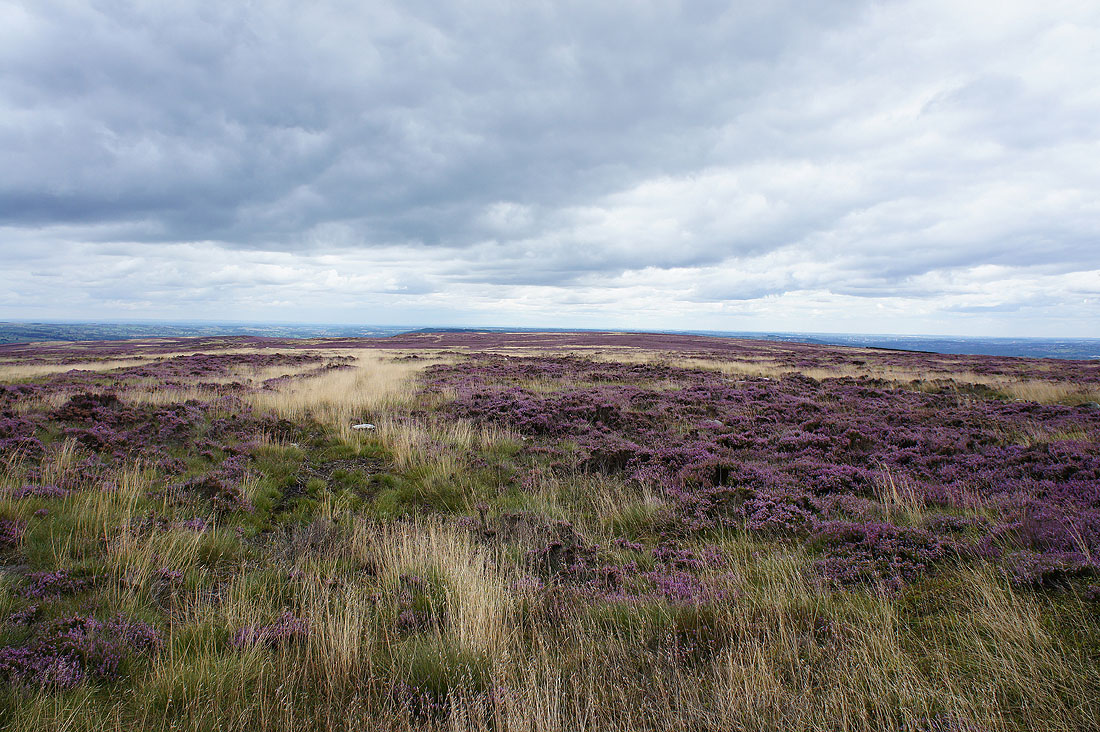 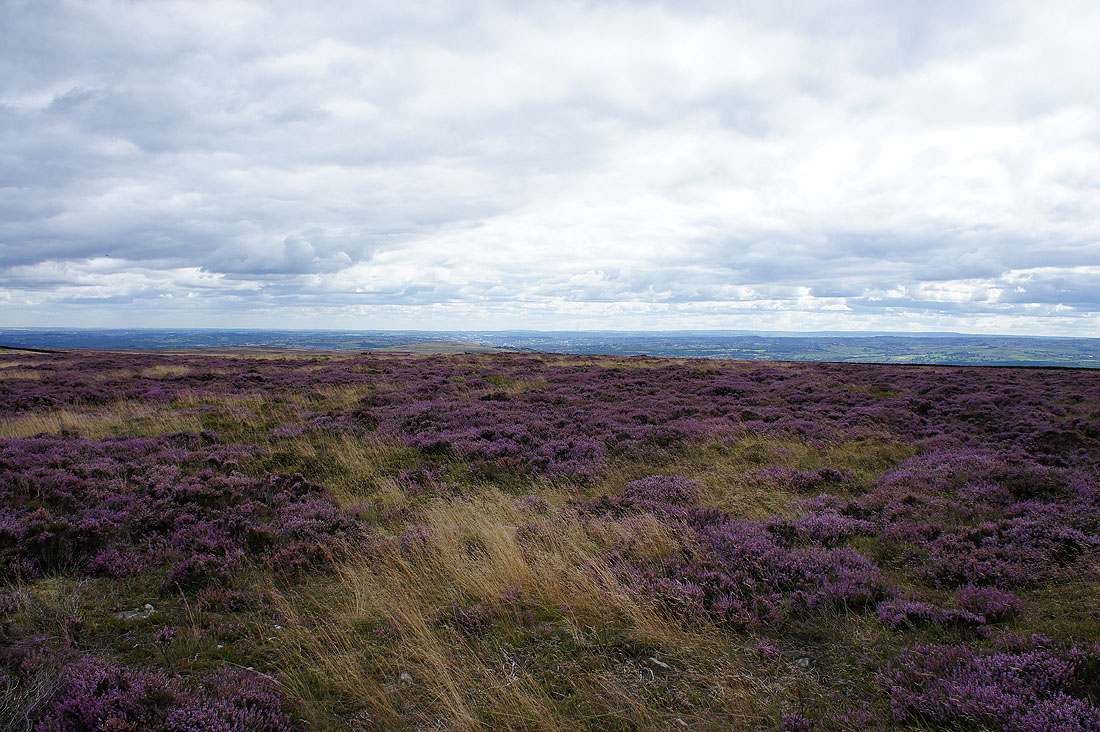 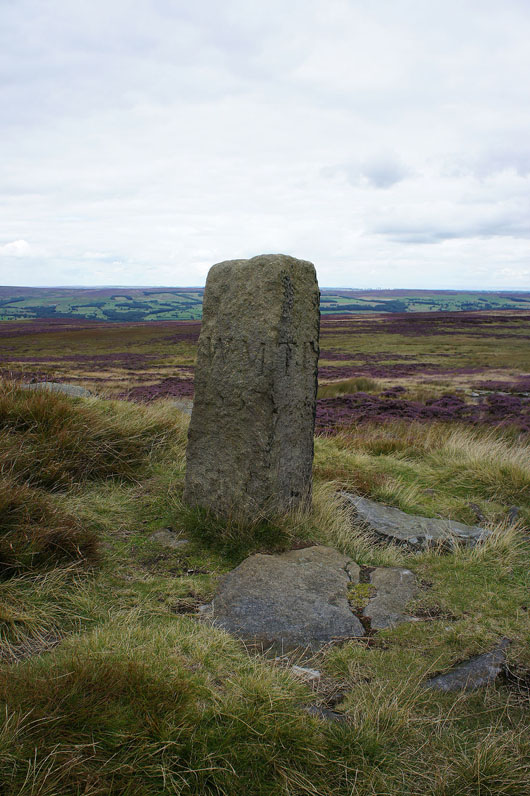 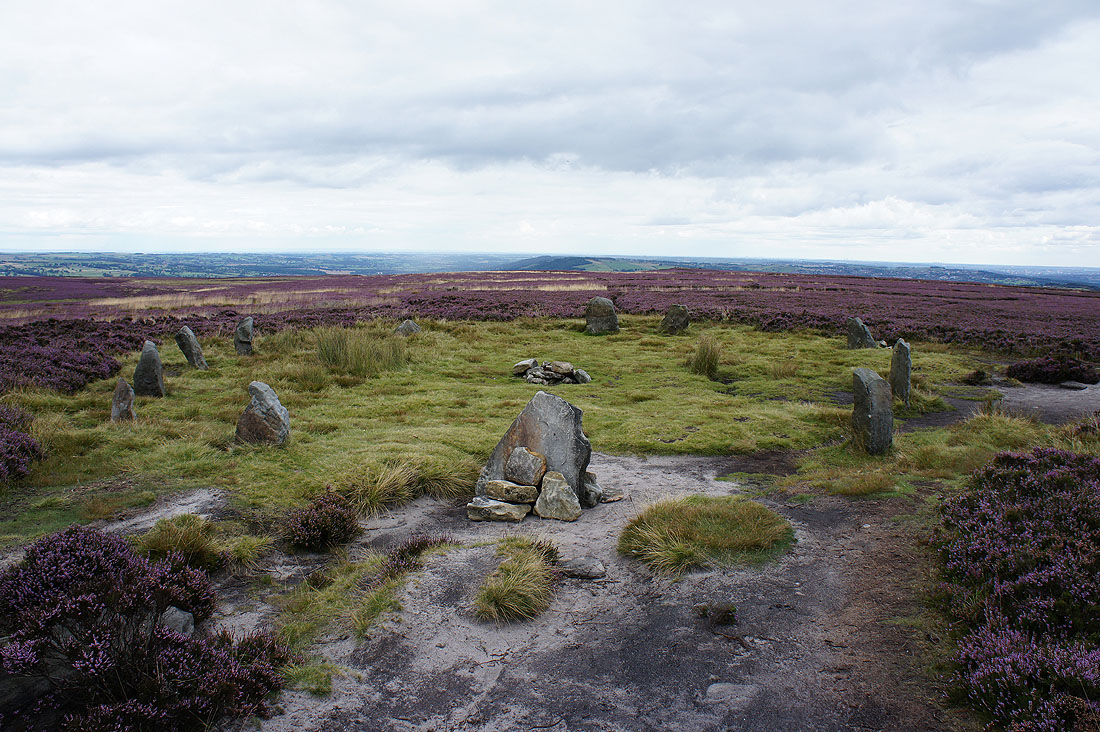 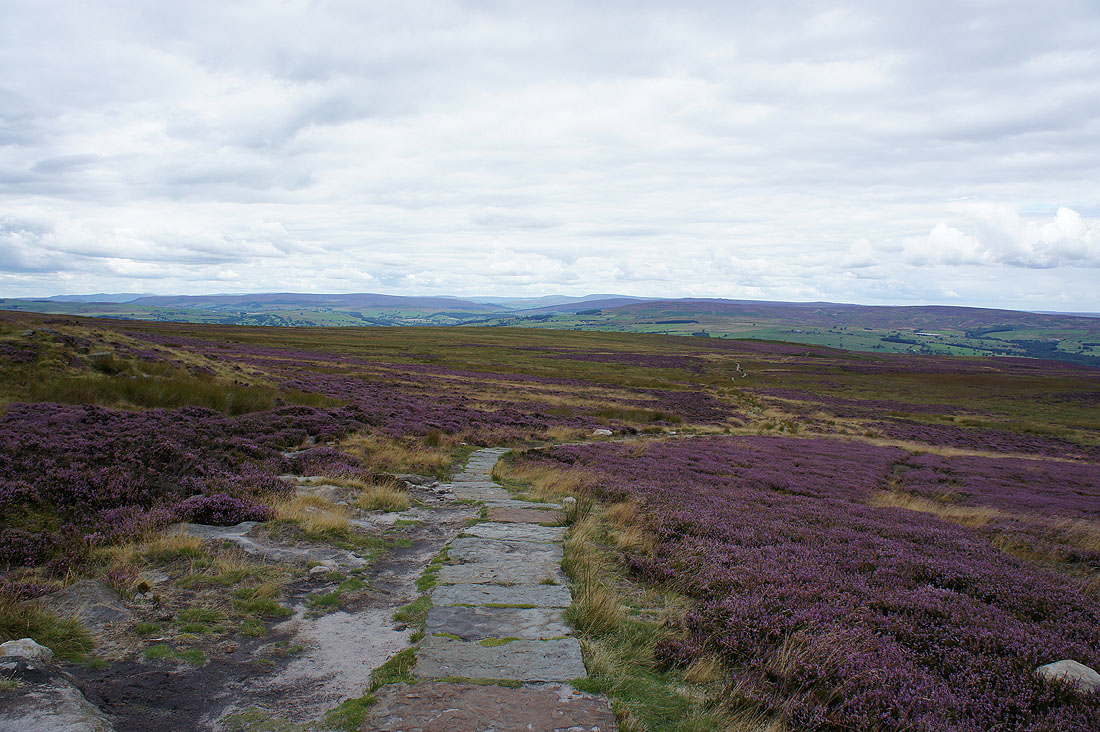 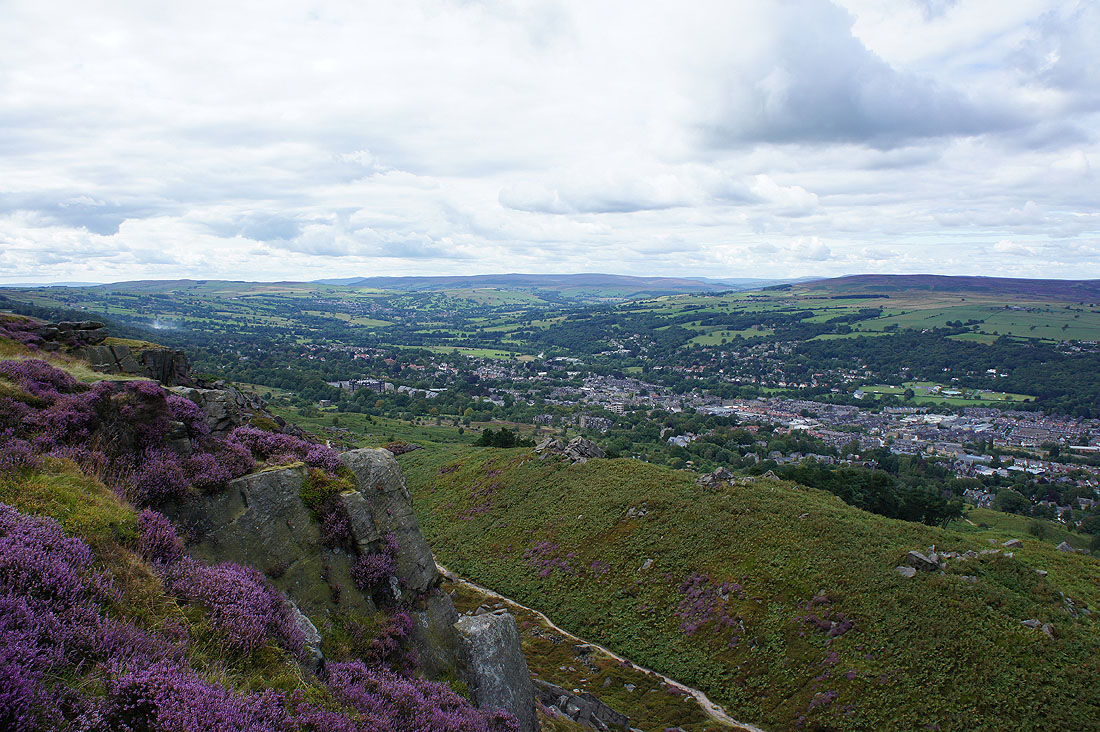 On the top of Ilkley Crags. Ilkley and Wharfedale below with.. 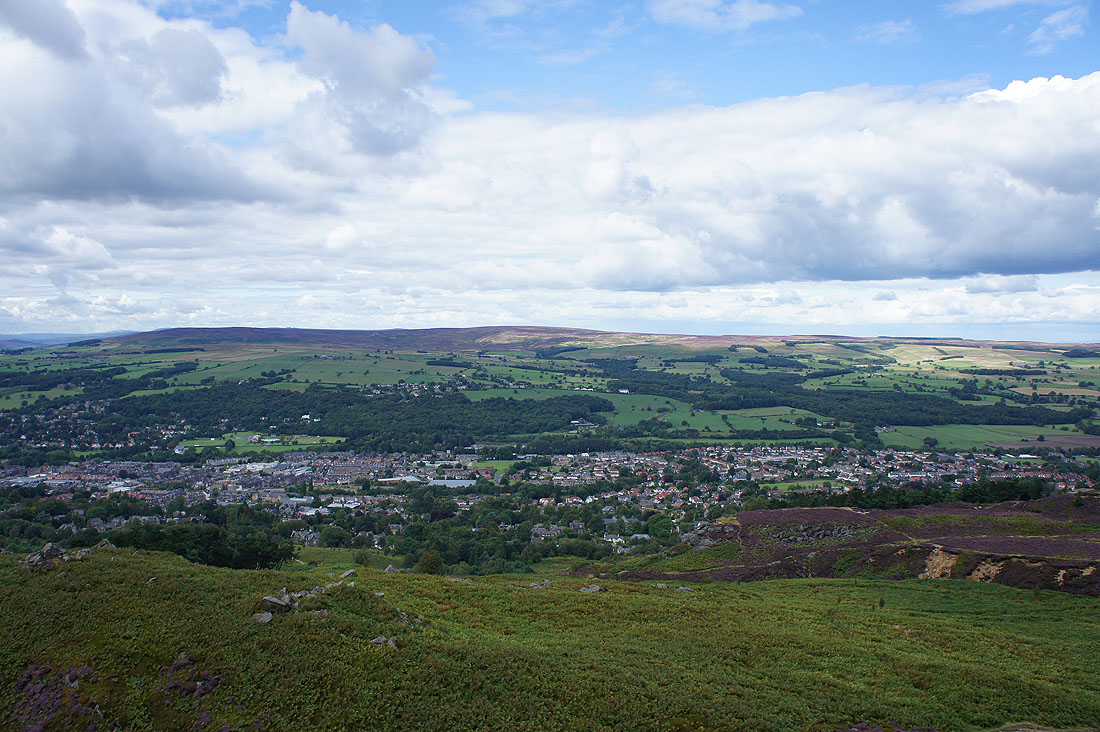 ..Middleton Moor on the other side of the valley 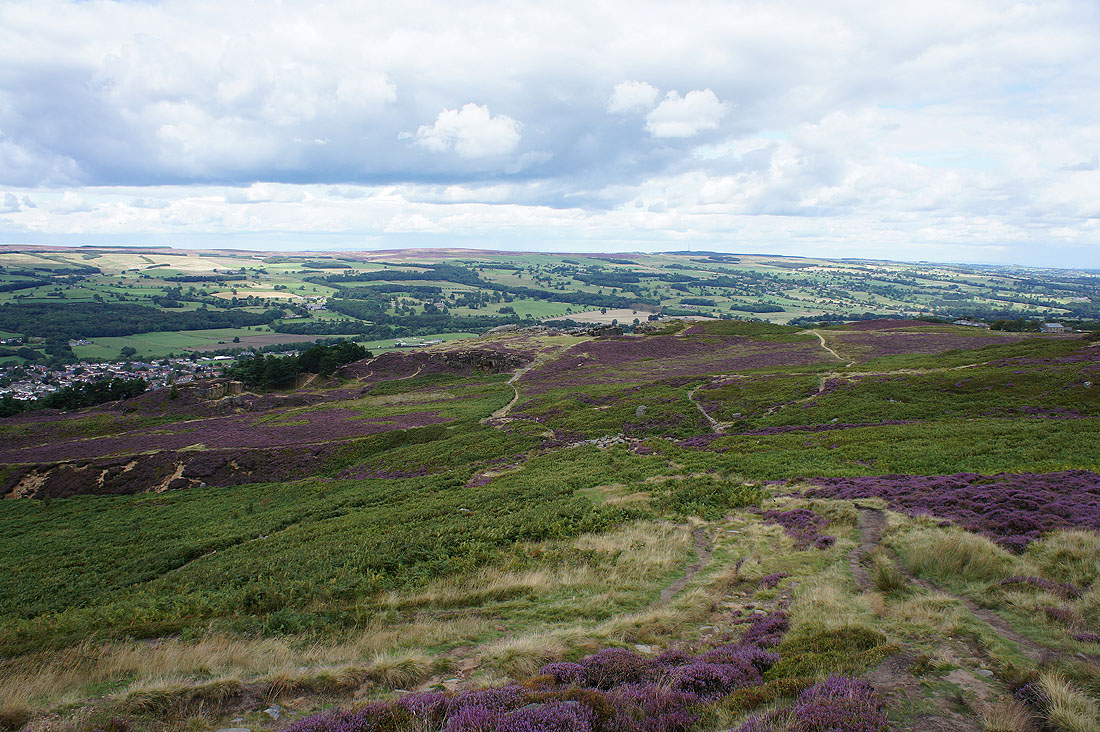 Heading down to the Cow and Calf Rocks 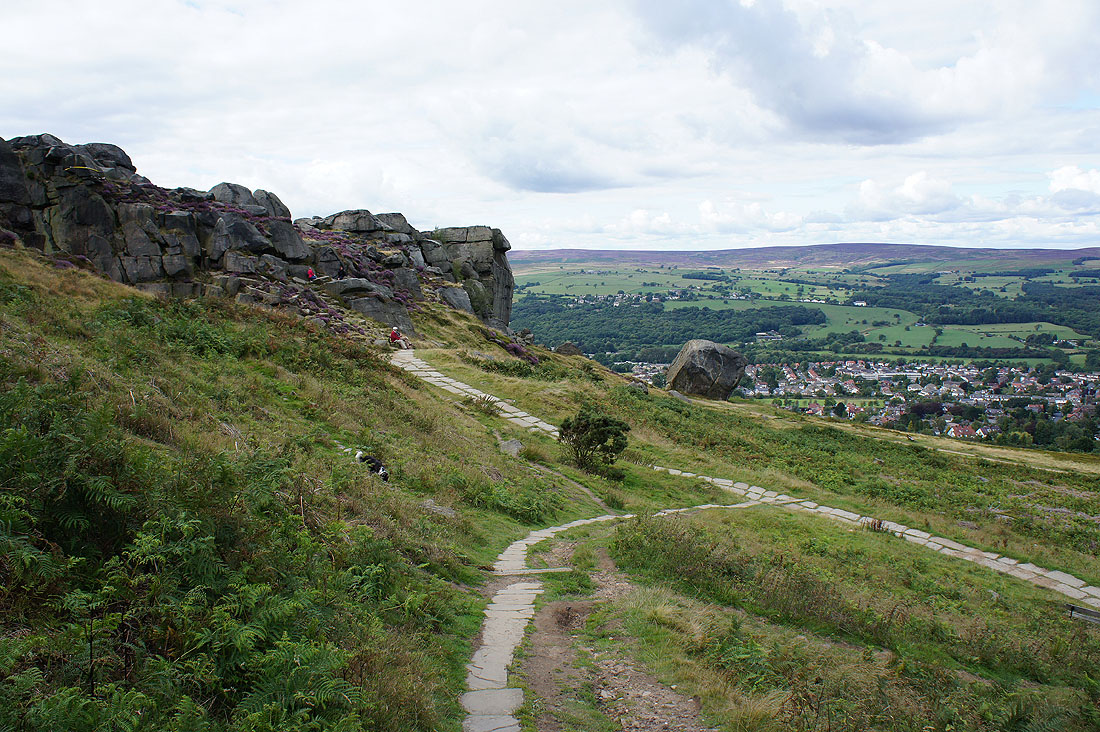 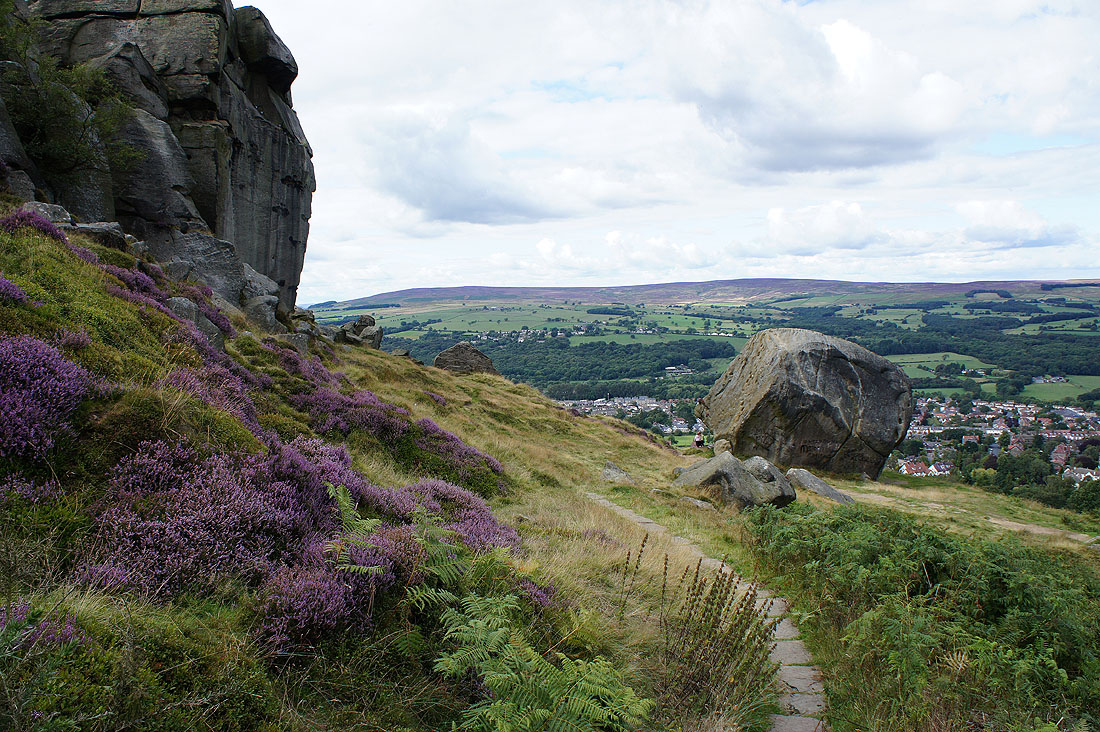 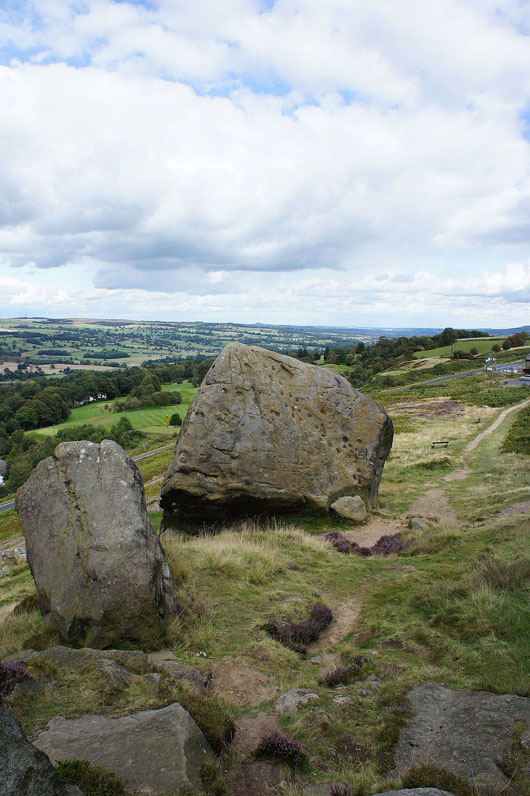 The Calf. It doesn't look that big until you stand next to it. 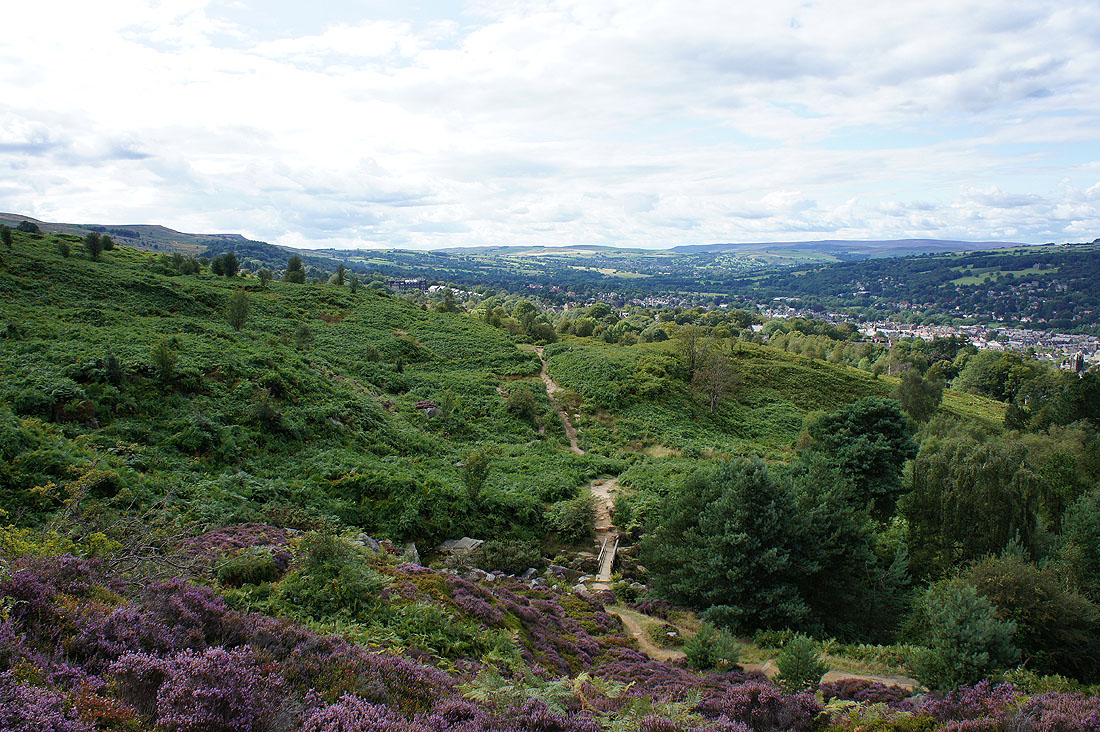 There's a footbridge over Backstone Beck below as I make my way back to Ilkley through an interesting mix of terrain. Boulders, heather and lots of bracken. 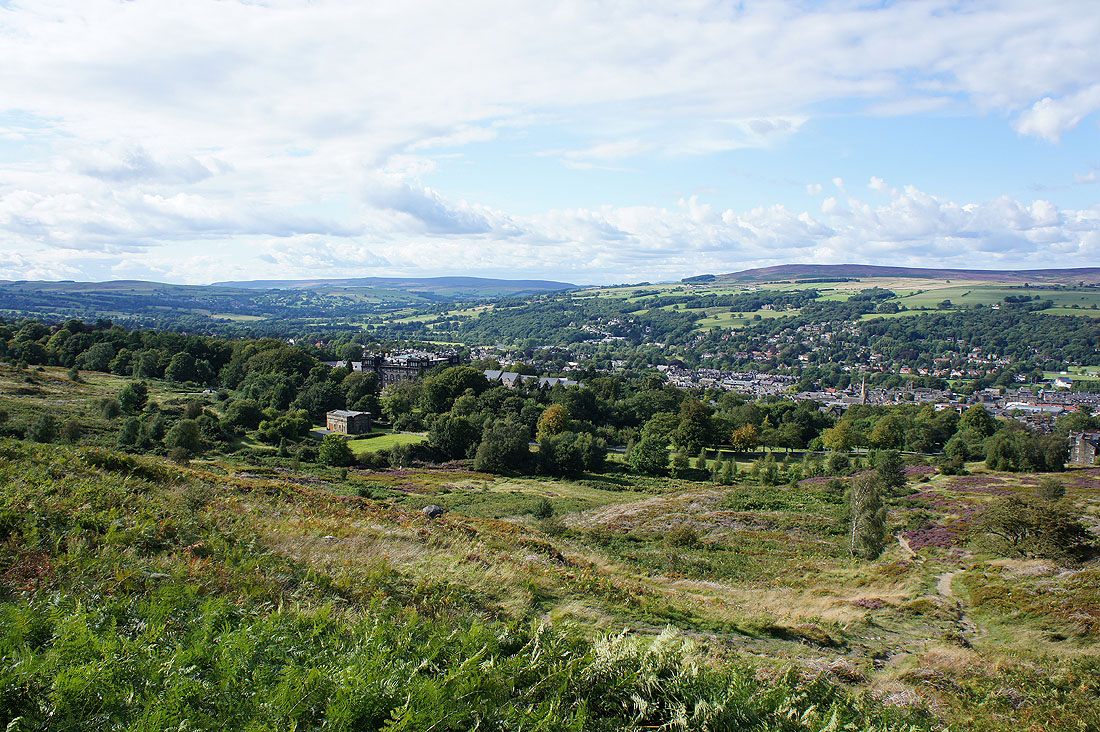