Todays walk was a father-son expedition designed to introduce my Dad to some of the delights of limestone country, though I got to see something new as well as I'd never been to the waterfall of Janet's Foss.

We left Malham by heading south on the Pennine Way for a short while before taking the path to Janet's Foss. Once past the waterfall the path reaches Gordale Lane. The ravine of Gordale Scar was next on the itinerary but we decided not to take the path through so we retraced our steps and walked up Hawthorns Lane to visit the hill of Weets Top. From Weets Top we went back to Hawthorns Lane to continue walking up Smearbottoms Lane until it becomes a bridleway and reaches Mastiles Lane. We then followed Mastiles Lane to its end at Street Gate. After having a look at Malham Tarn the Pennine Way took us back to Malham via Malham Cove.
Route map 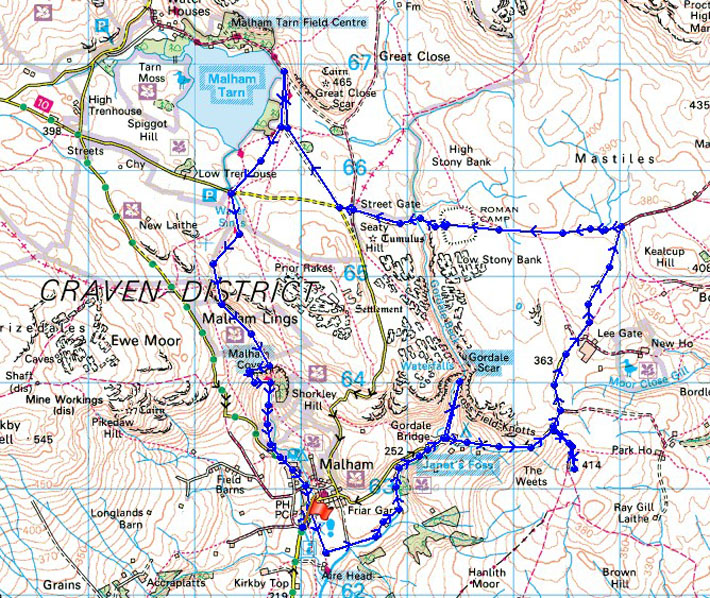 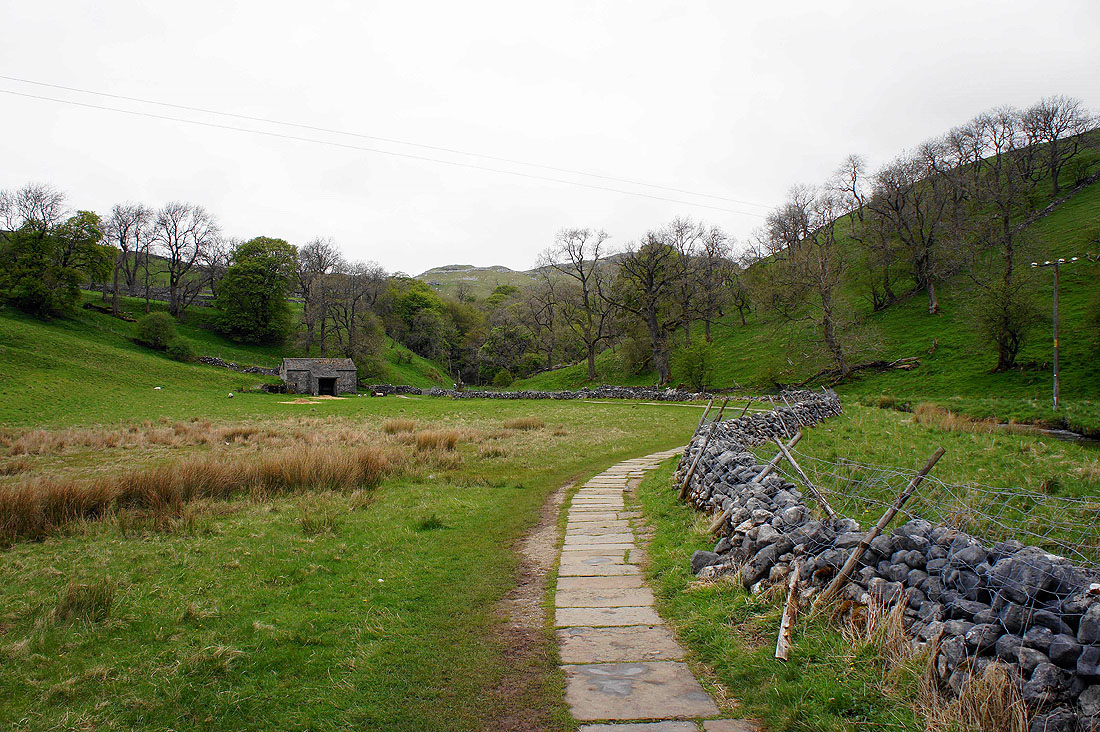 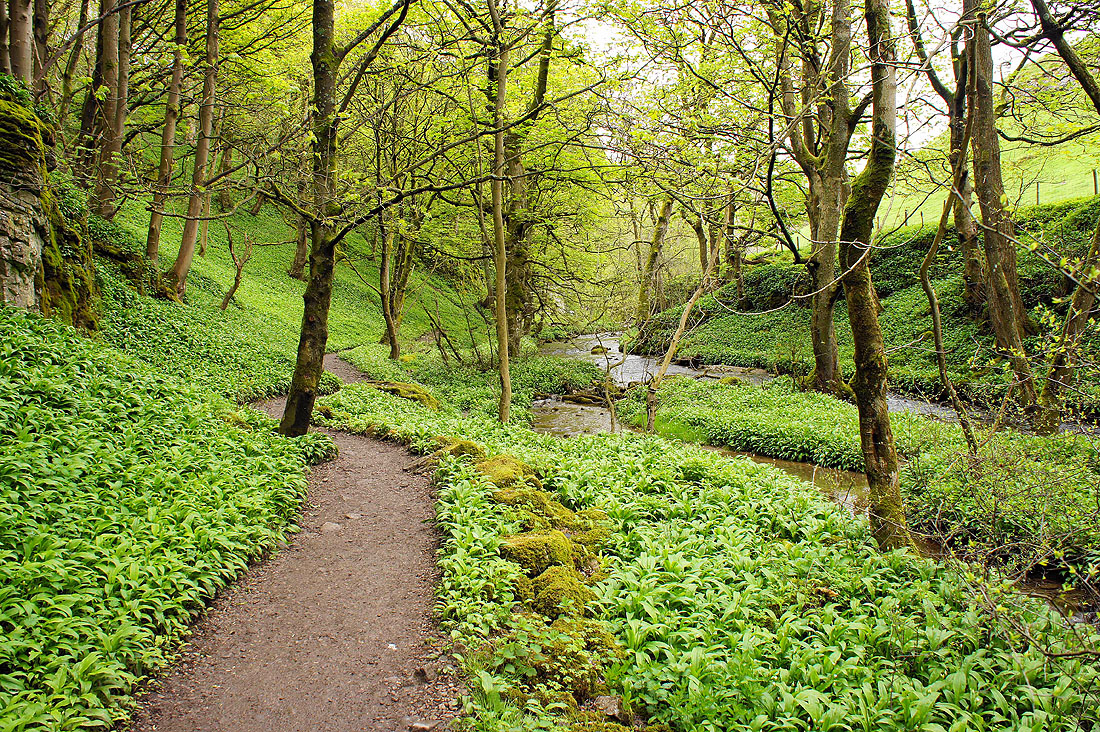 Wedber Wood that contains Janet's Foss. The stream is Gordale Beck. Wild garlic is carpeting everywhere and is just beginning to flower. 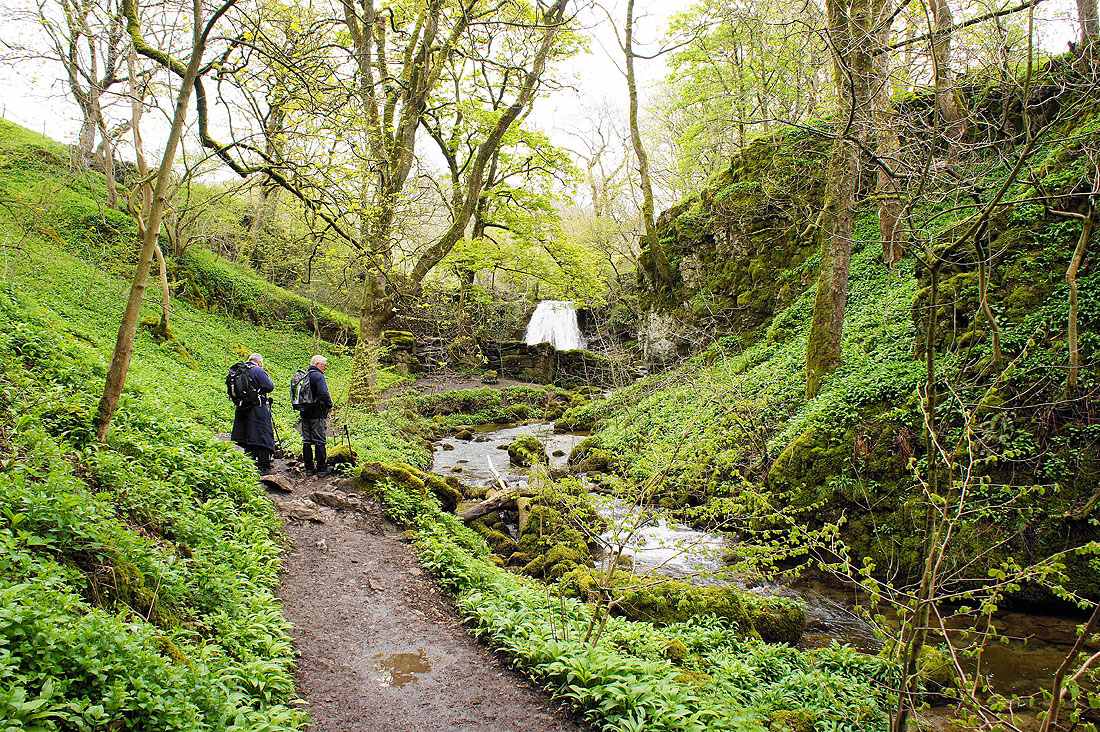 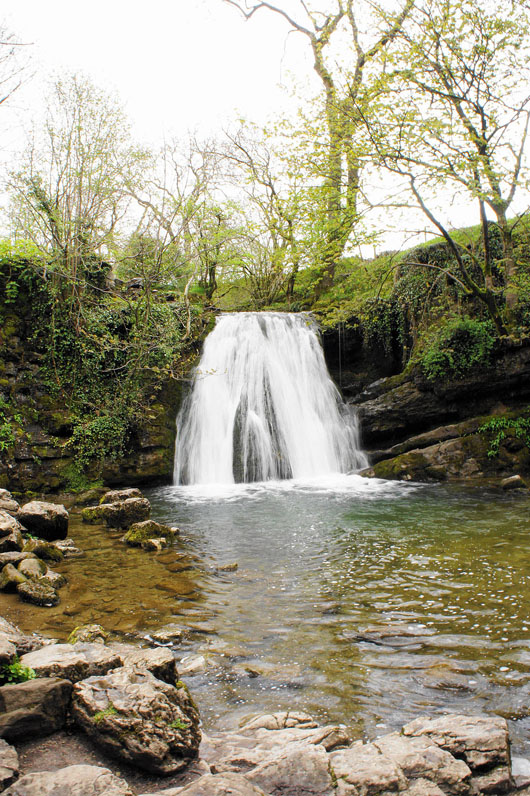 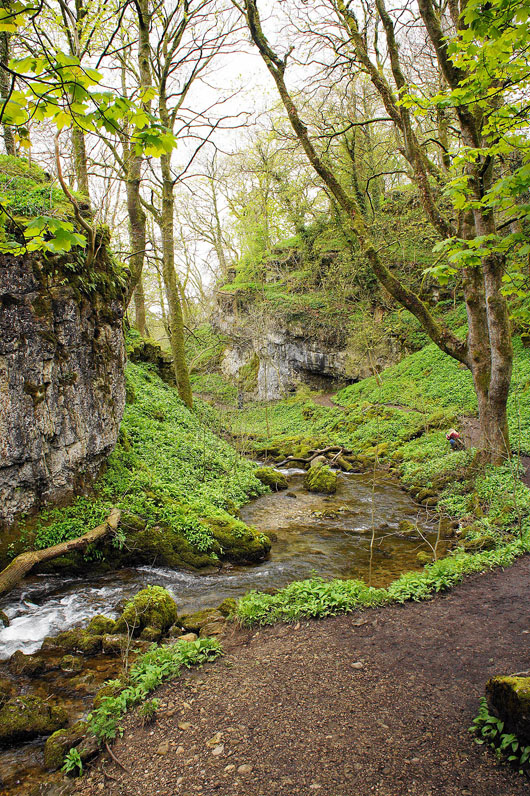 The wooded ravine behind me 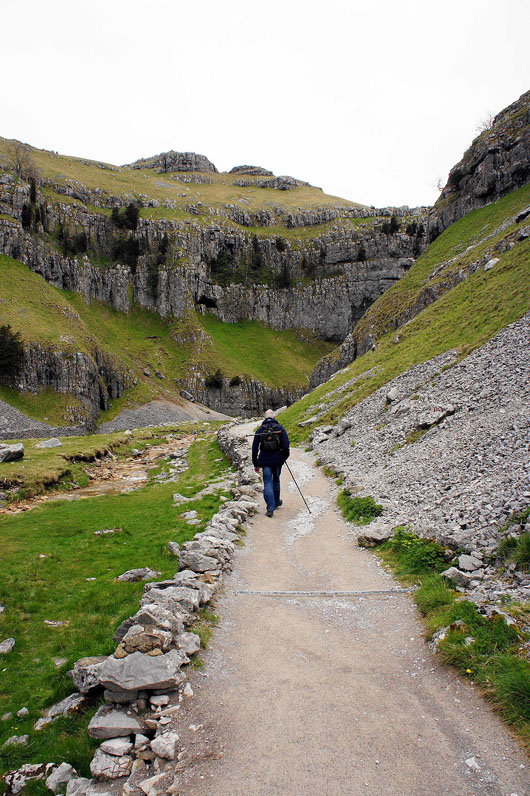 A short walk has brought us to the next highlight of the day, Gordale Scar 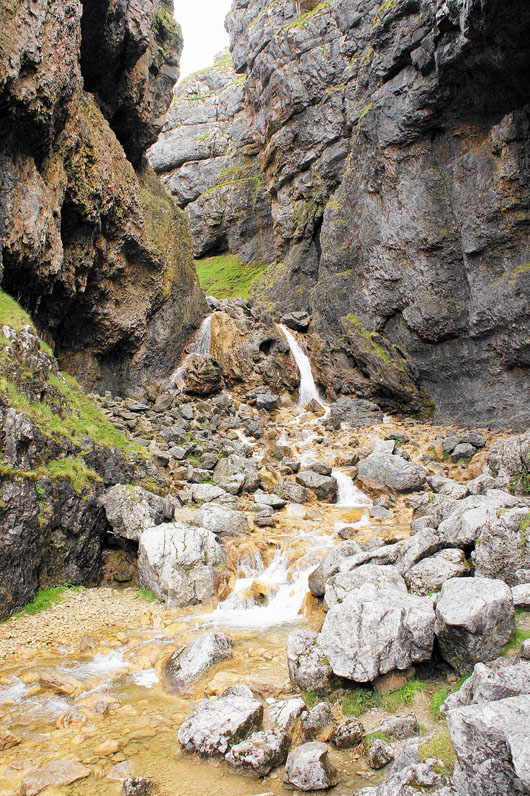 The lower waterfalls in Gordale Scar. The route up is on the lighter coloured rock to the right of the left hand waterfall. I've been up before but my dad hasn't and this time it looks pretty slippery so I decided not to chance it. It did mean a longer walk round but that was no bad thing. 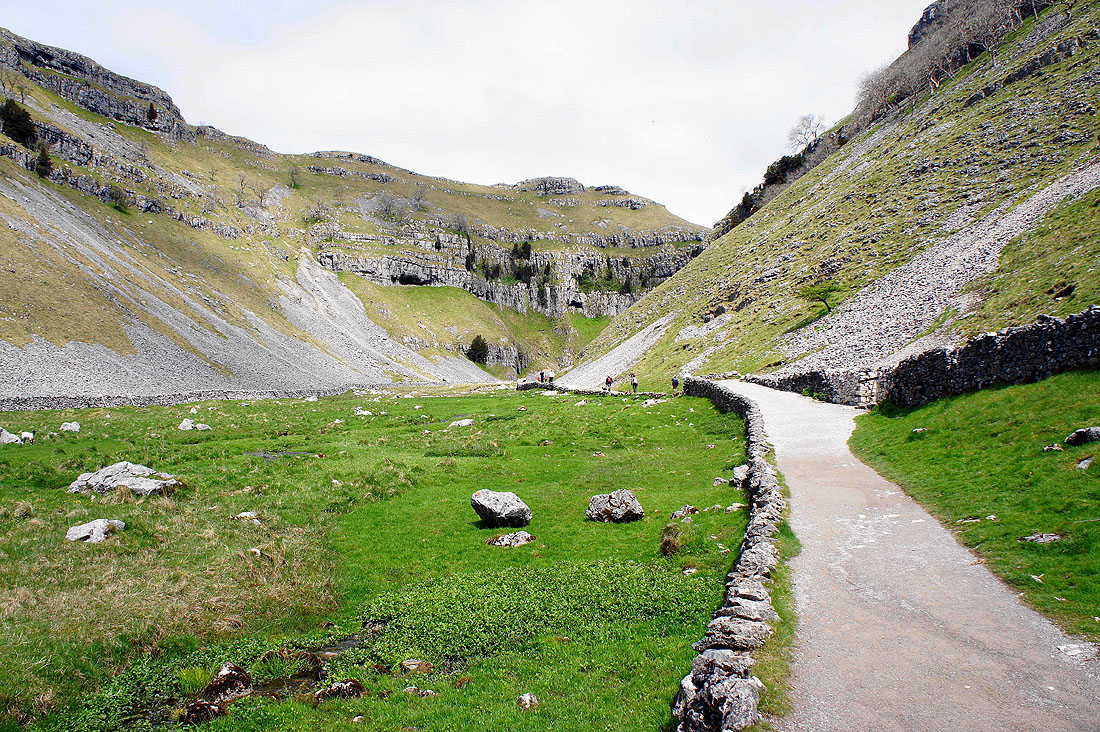 Leaving Gordale Scar and it's starting to brighten up 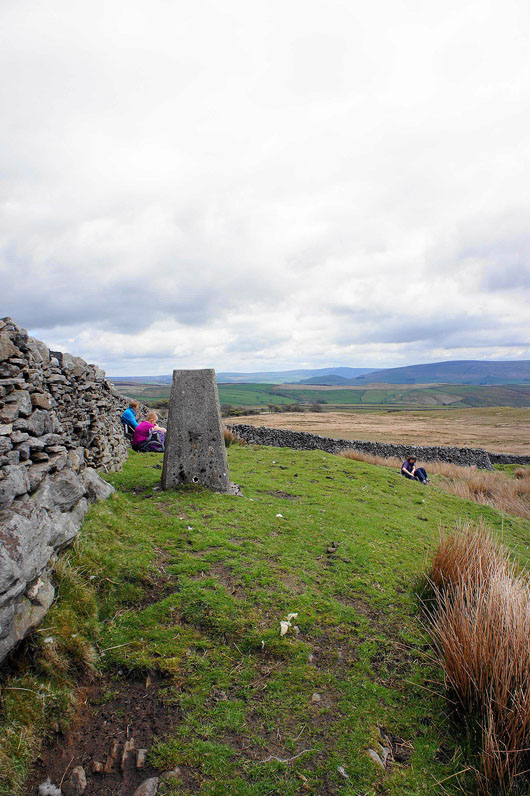 The trig point that marks the summit of Weets Top 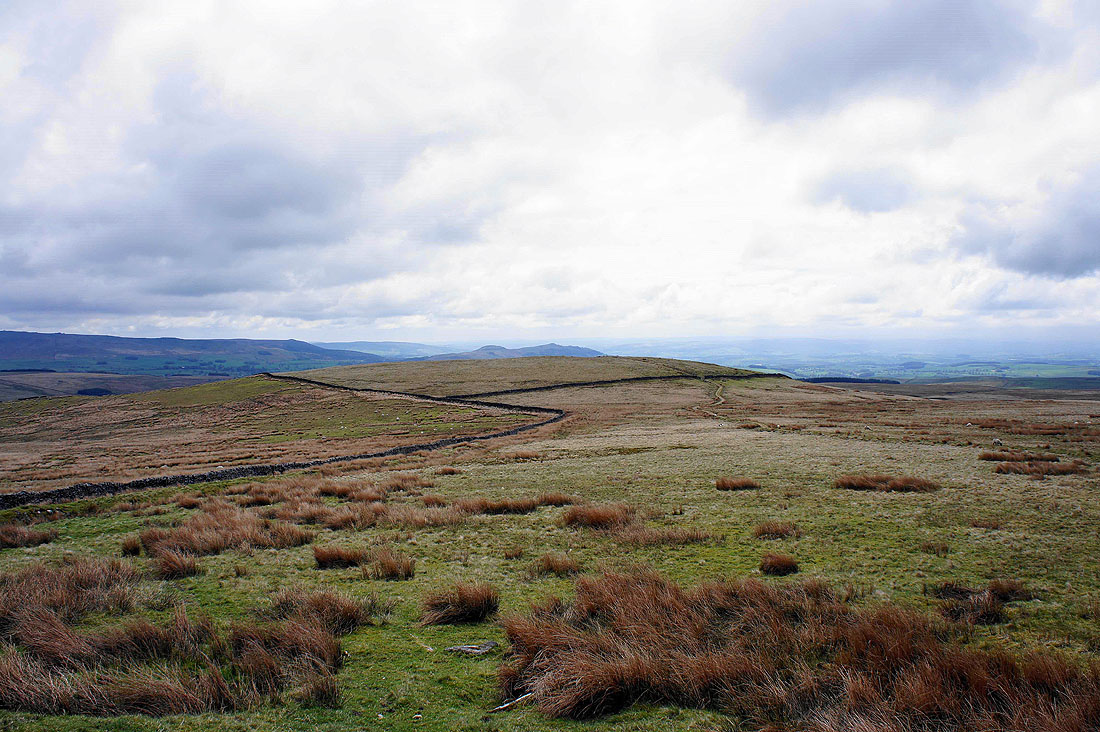 Looking across Hetton Common Head to Flasby Fell above Skipton 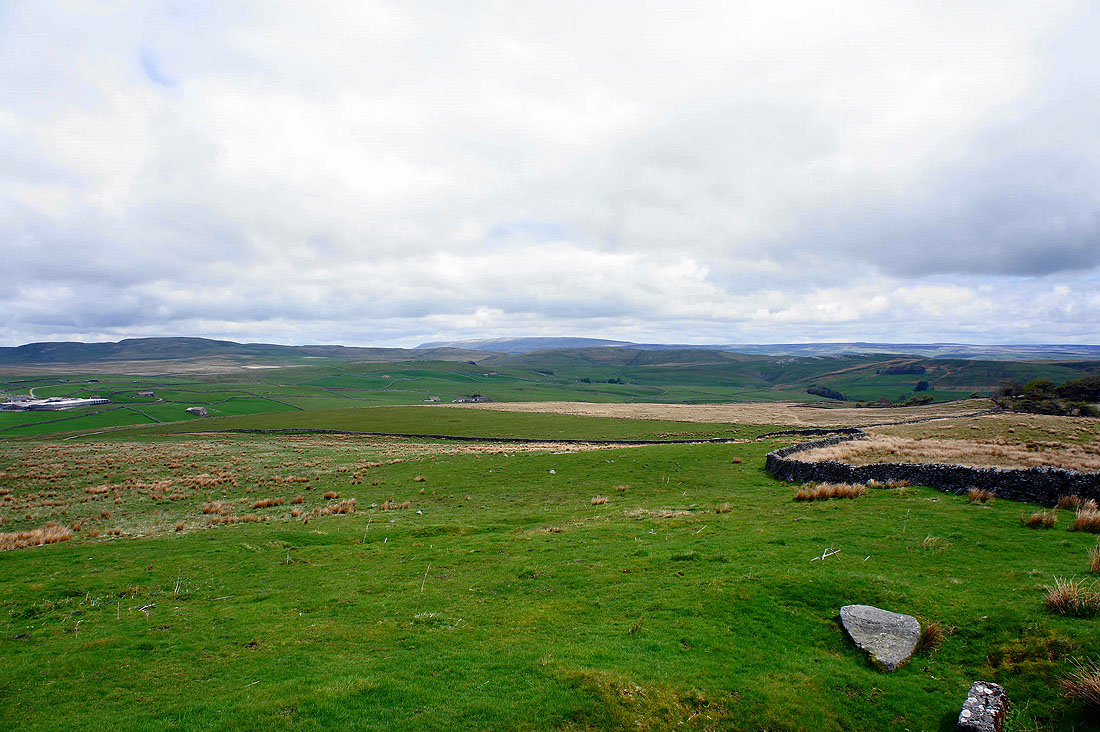 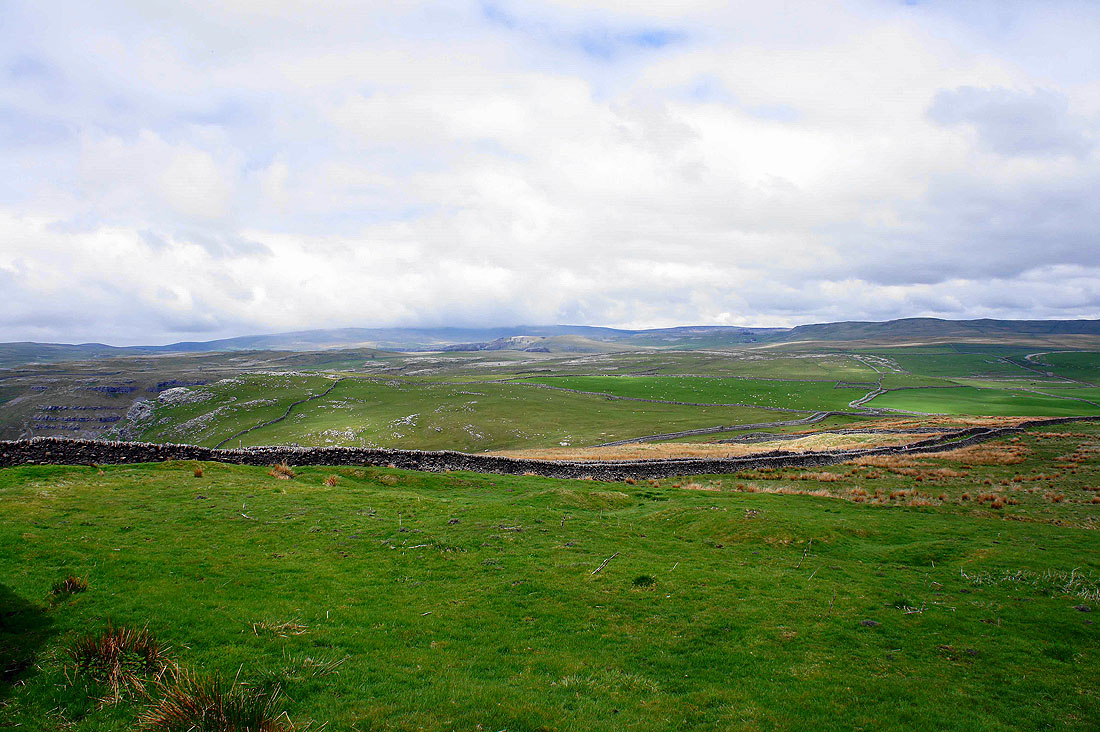 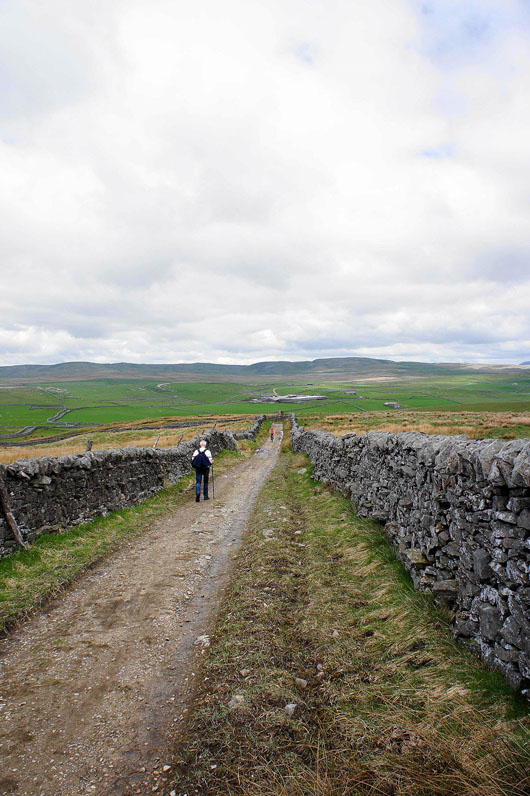 On the bridleway from Weets Top back to Smearbottoms Lane 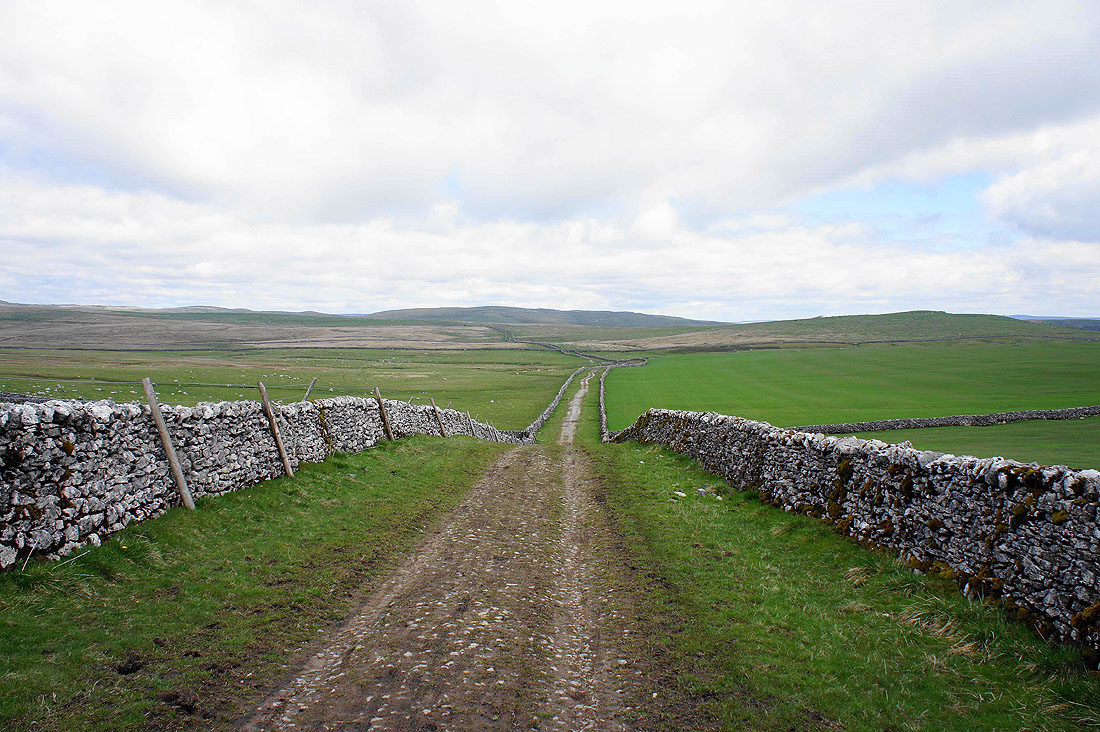 We reach Mastiles Lane. In this direction it's heading for Wharfedale but we're going the other way. 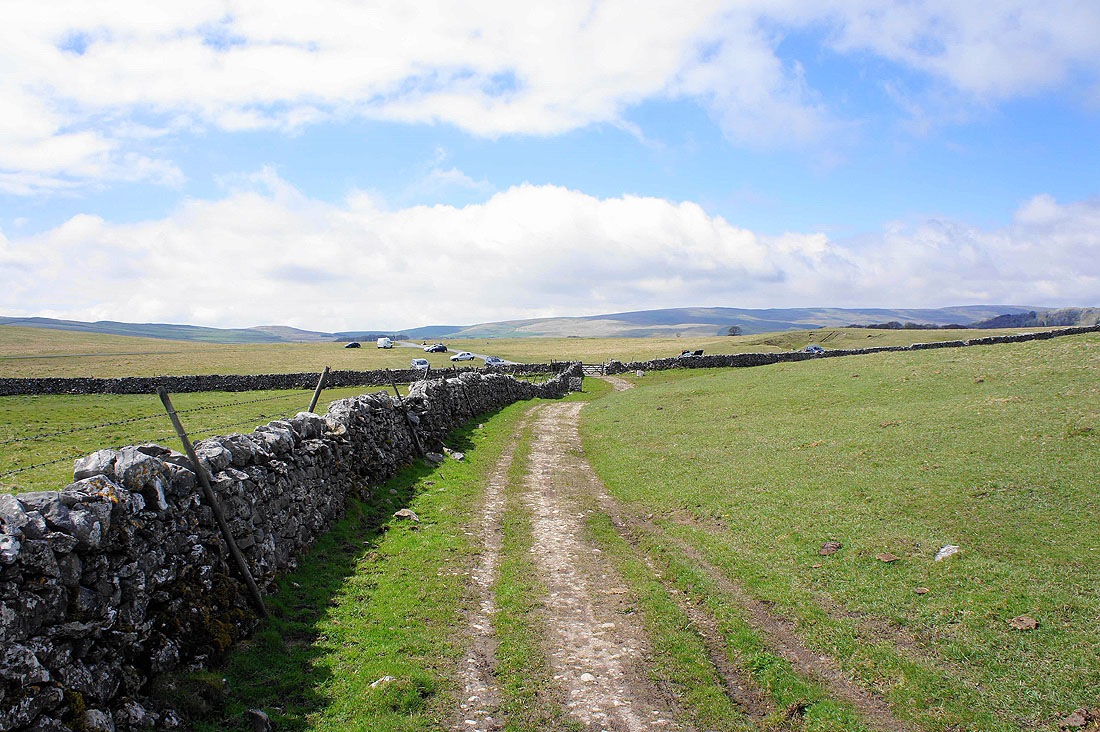 Approaching the end of Mastiles Lane at Street Gate 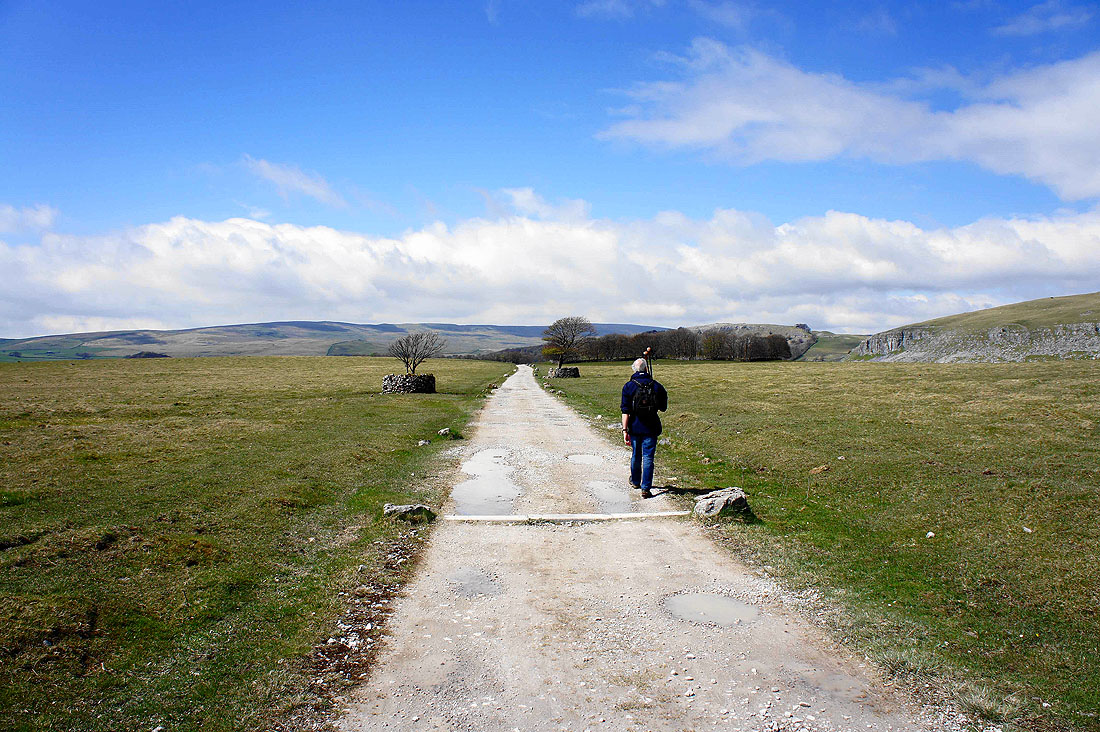 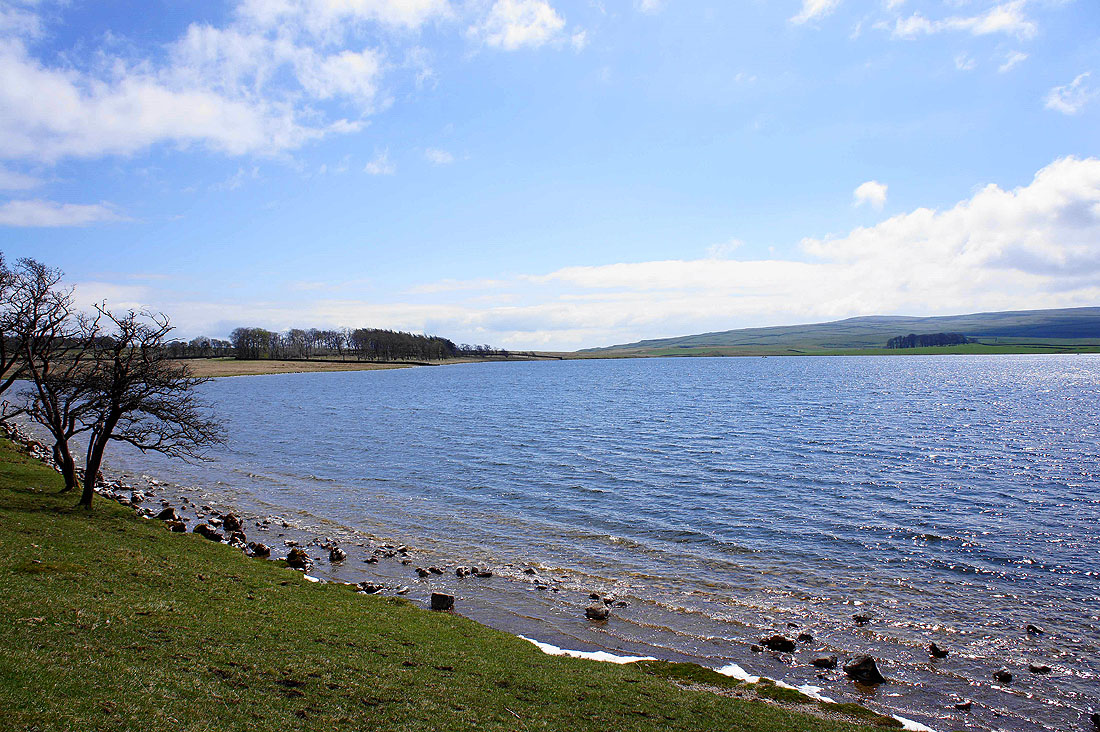 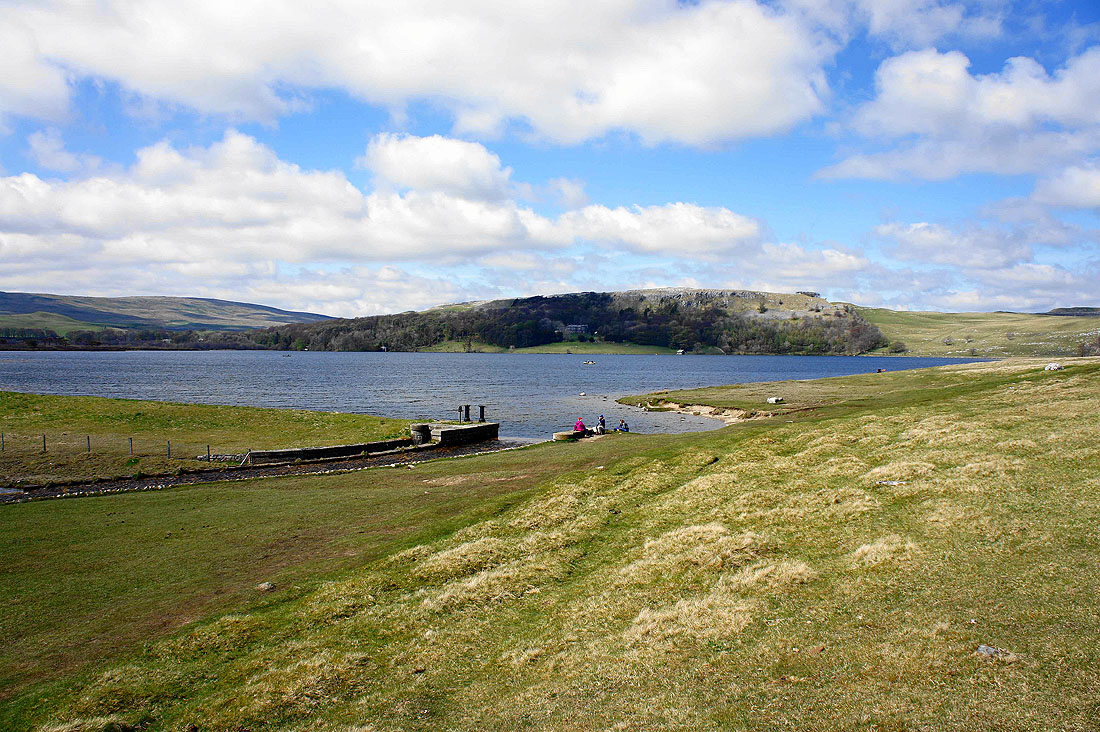 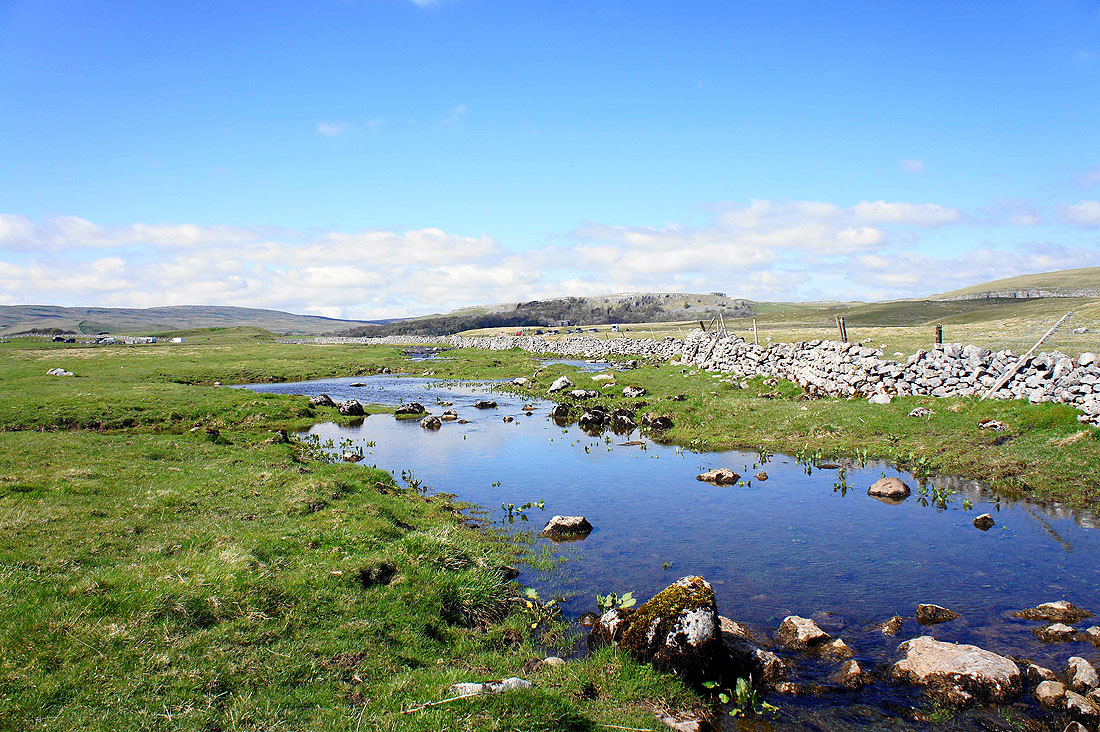 The outflow of Malham Tarn just before it disappears underground 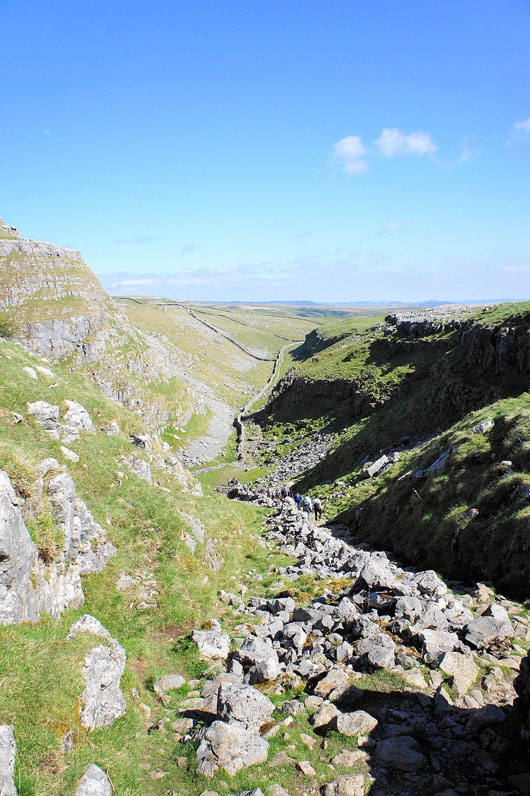 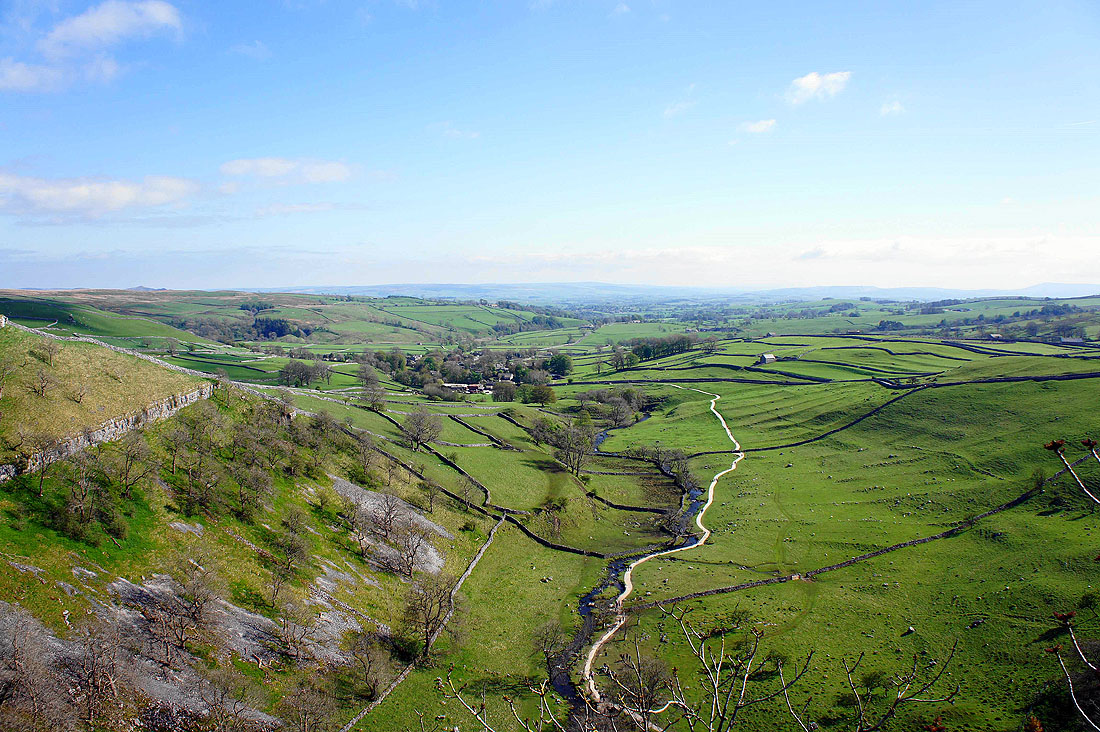 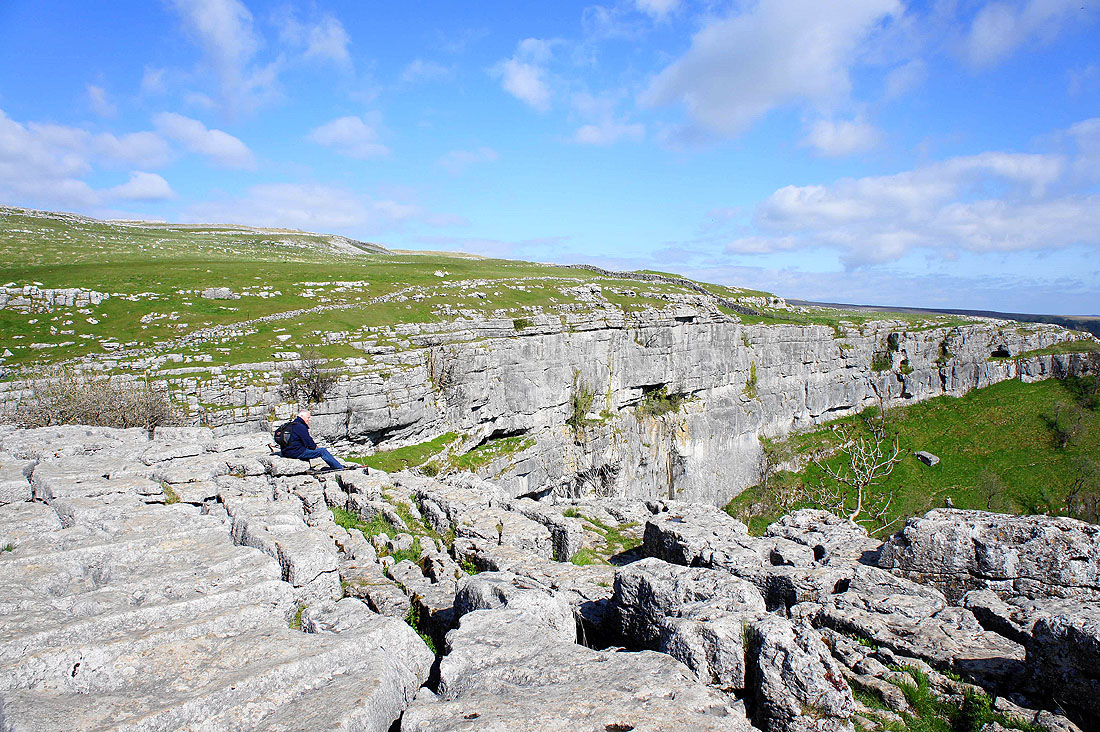 Taking in the view... 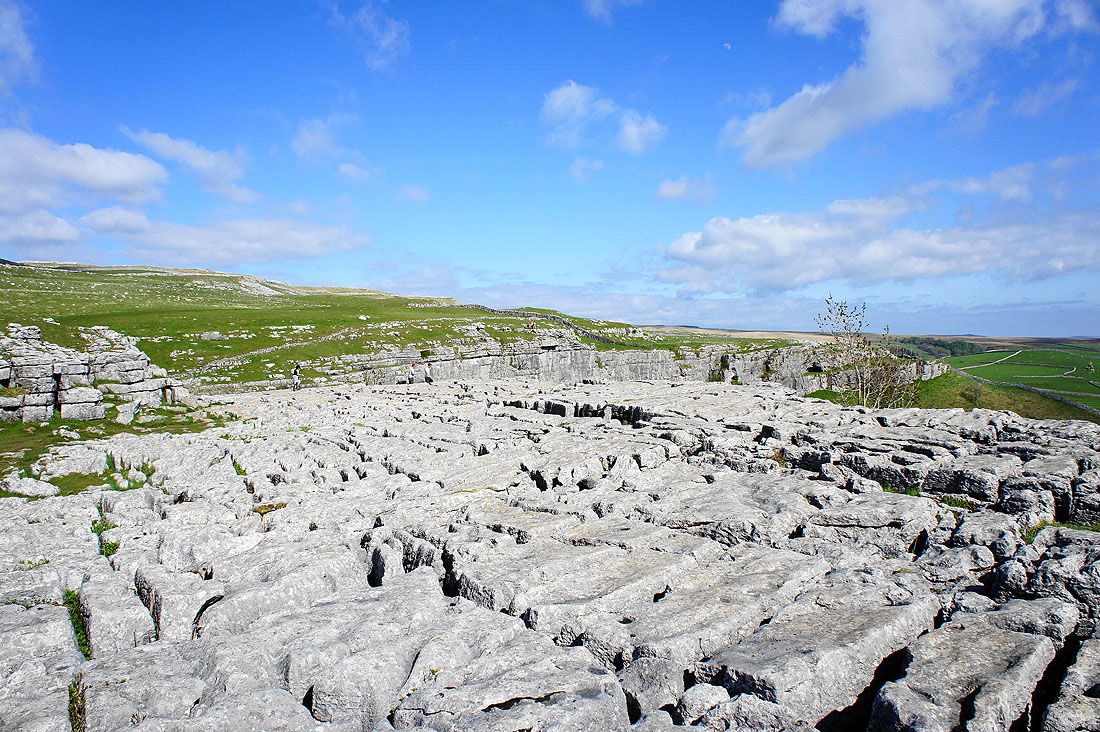 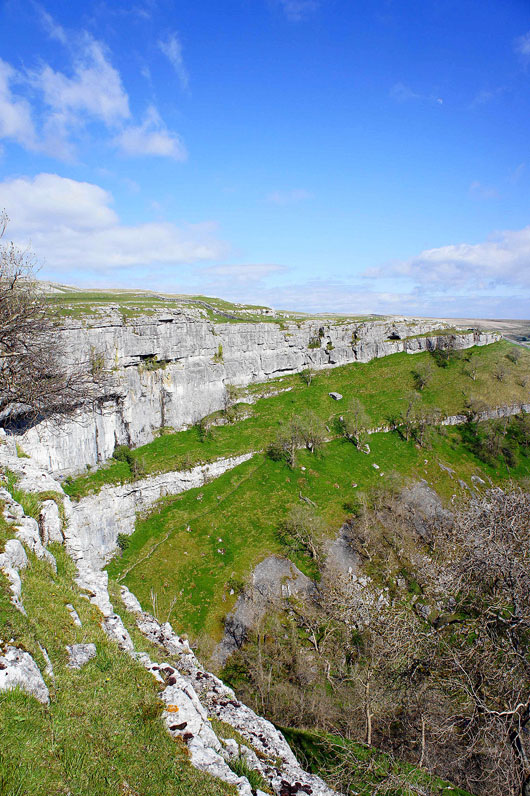 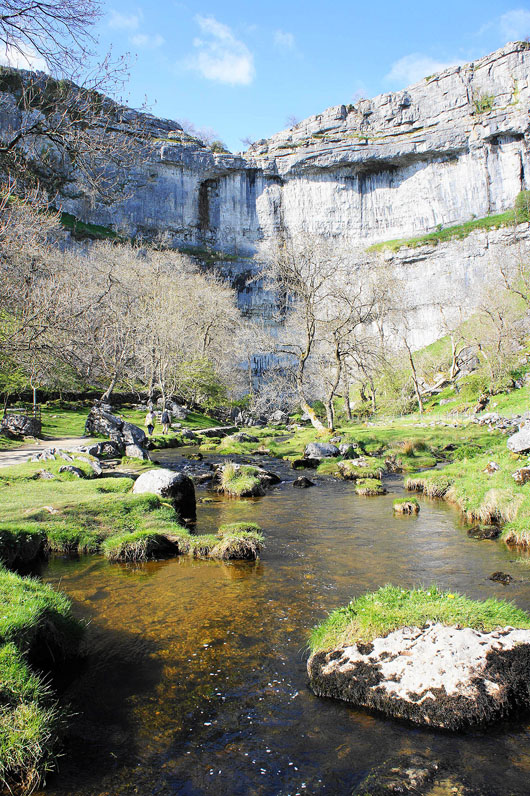 Malham Cove as we head back to Malham... 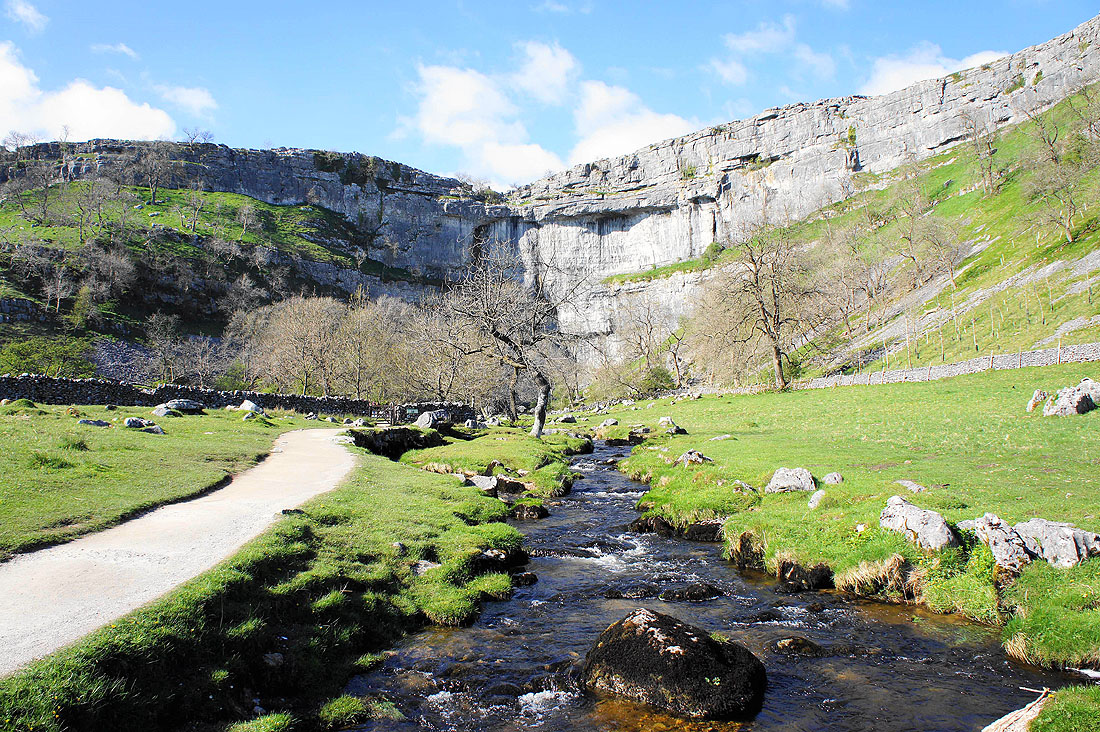 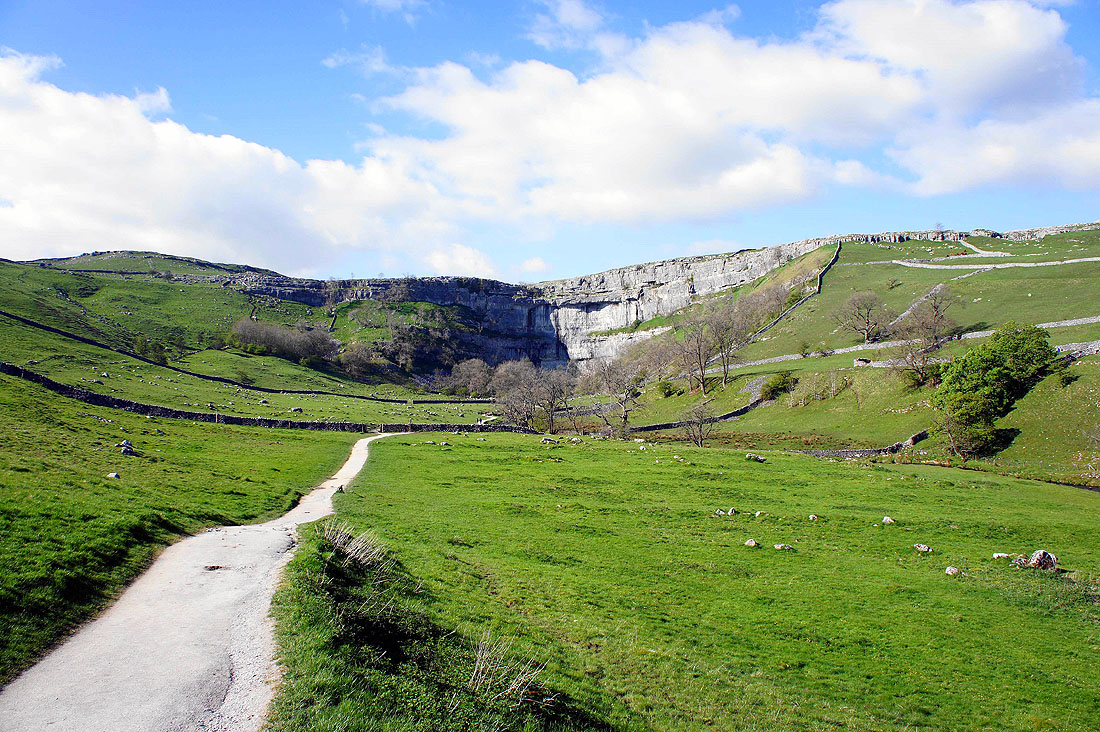