With a forecast of poor weather for the weekend I decided to make the most of what wasn't exactly great weather today. The skies were pretty grey for most of the day ahead of advancing rain but a bit of weak hazy sunshine did try to brighten the scene. A strengthening wind was the main reason for choosing the route that I did, as it kept to a relatively low level and avoided the high moors. By the time I finished the walk it was blowing a gale. Still, it was good to get out and get some fresh air for a last time during the Christmas/ New Year break before heading back to work and that's my first walk of 2016 under my belt.

​I started the walk from a lane just off the Monk's Road above Charlesworth where there's room to park on the verge. I followed the lane south (which is part of the Pennine Bridleway) and then when the Pennine bridleway left it I kept on the bridleway past Matleymoor Farm and Bullshaw Farm towards Lantern Pike. I did leave the bridleway briefly to make a detour to the summit of Lantern Pike. After making my way down from Lantern Pike it was back onto the bridleway until I reached the lane at Cliff. Here I turned right and walked up the lane and then right again onto the byway past Wethercotes to Rowarth. My route through Rowarth took me past the Little Mill Inn and along a bridleway to the top end of the hamlet, where a footpath heads uphill for Cown Edge. When I reached the Pennine Bridleway that crosses my route here I made a detour to see Robin Hood's Picking Rods and then after retracing my steps I walked north along Coombes Edge and out to Monk's Road. There was then a short walk south along the road until I reached the footpath that heads steeply up onto Cown Edge. I followed the path through the disused quarries before heading down to Rocks Farm.  A footpath past Higher Plainstead Farm and across a field brought me back to where I was parked.
Route map 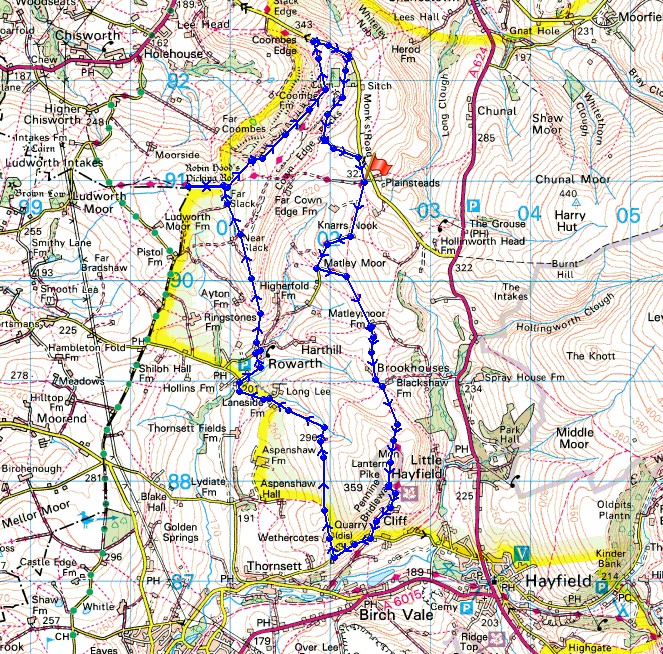 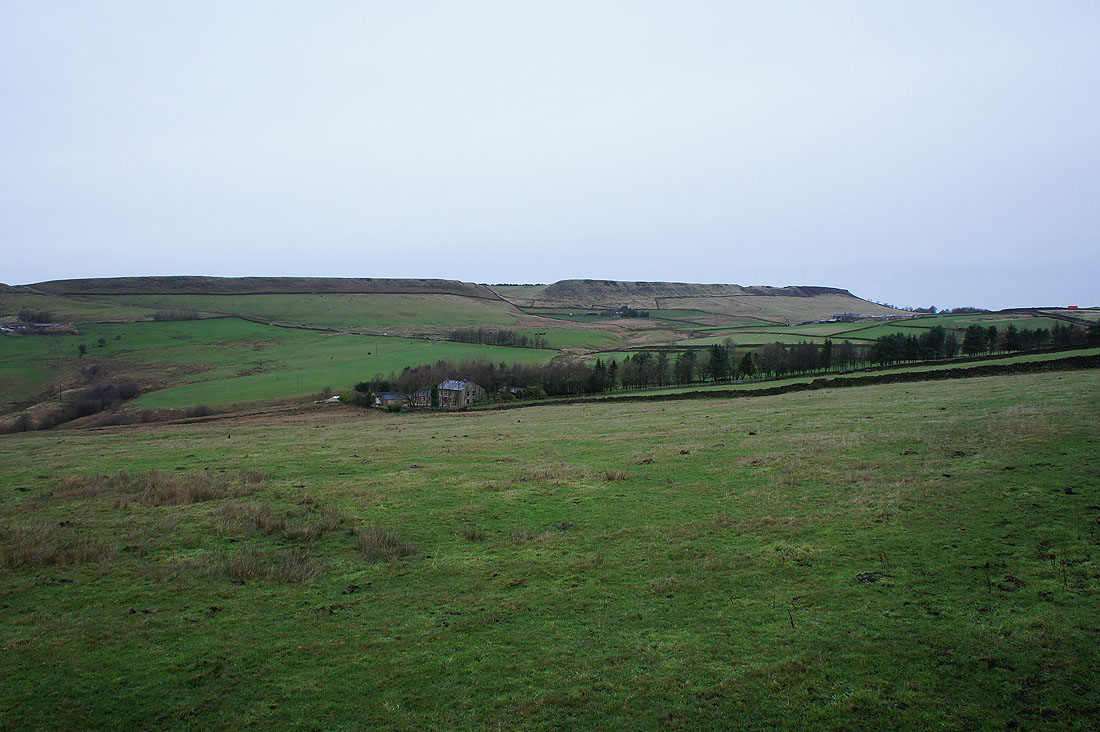 Cown Edge as I set off. My walk will finish there but for now I'm going to head away from them. 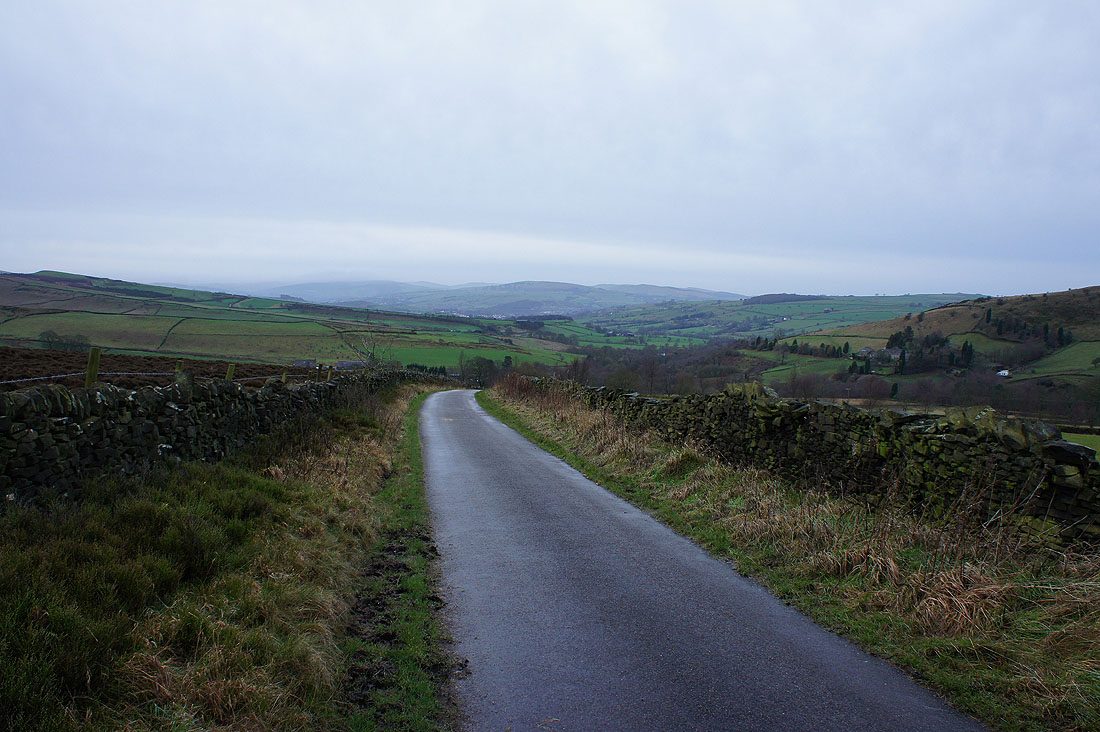 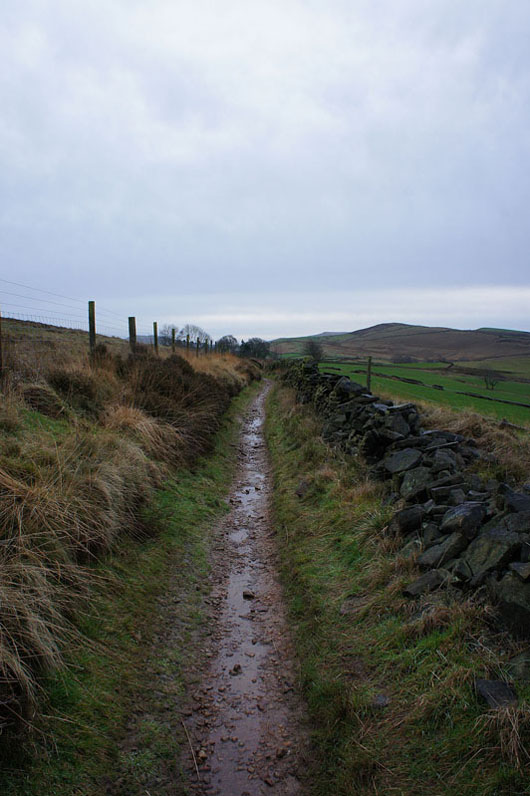 Off the road and on the bridleway to Lantern Pike 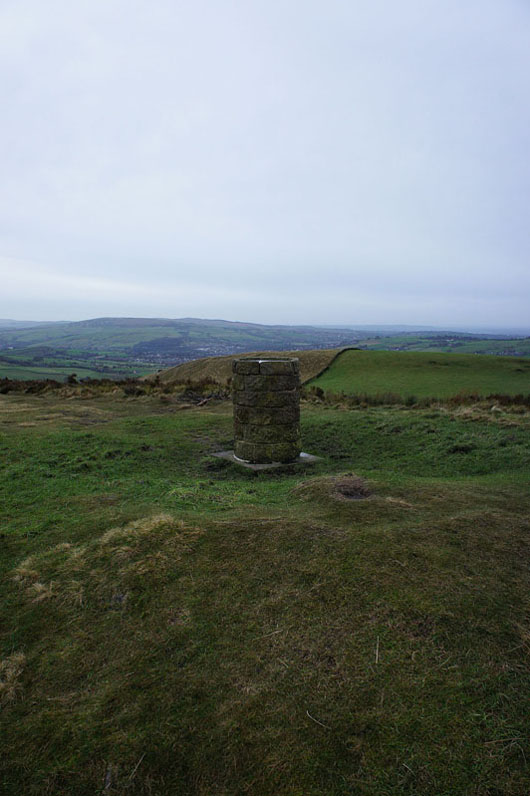 By the toposcope on the summit of Lantern Pike 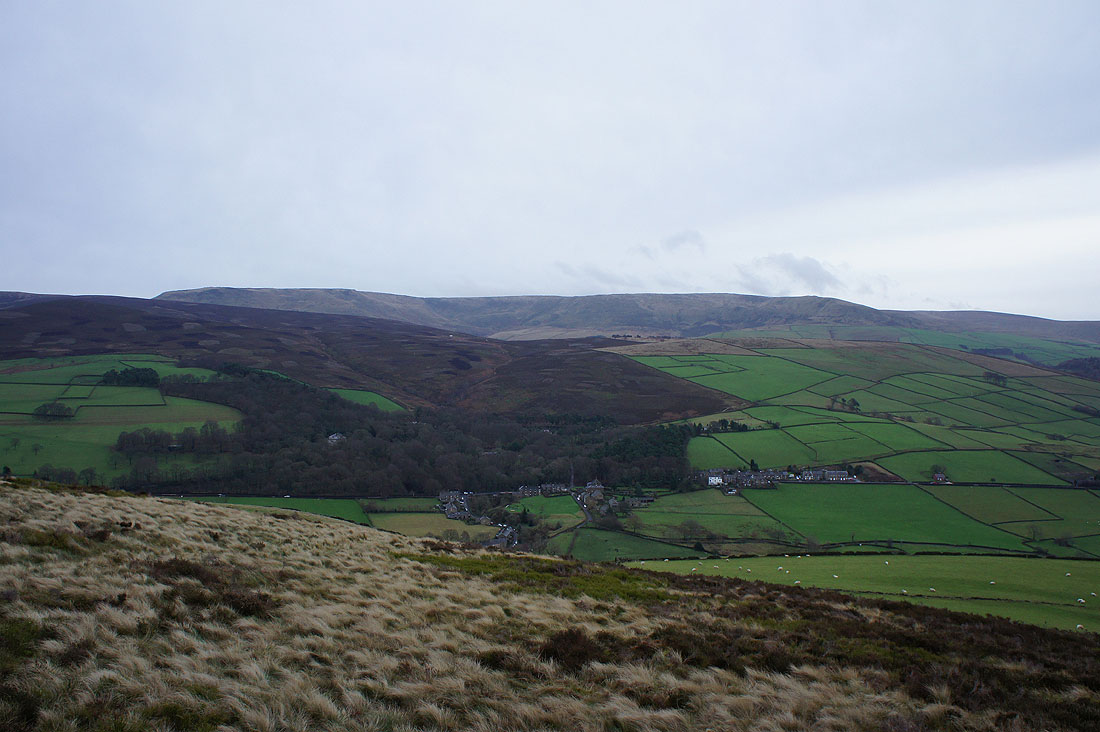 To the east, Little Hayfield in the valley below, then Middle Moor with the western flank of Kinder Scout beyond 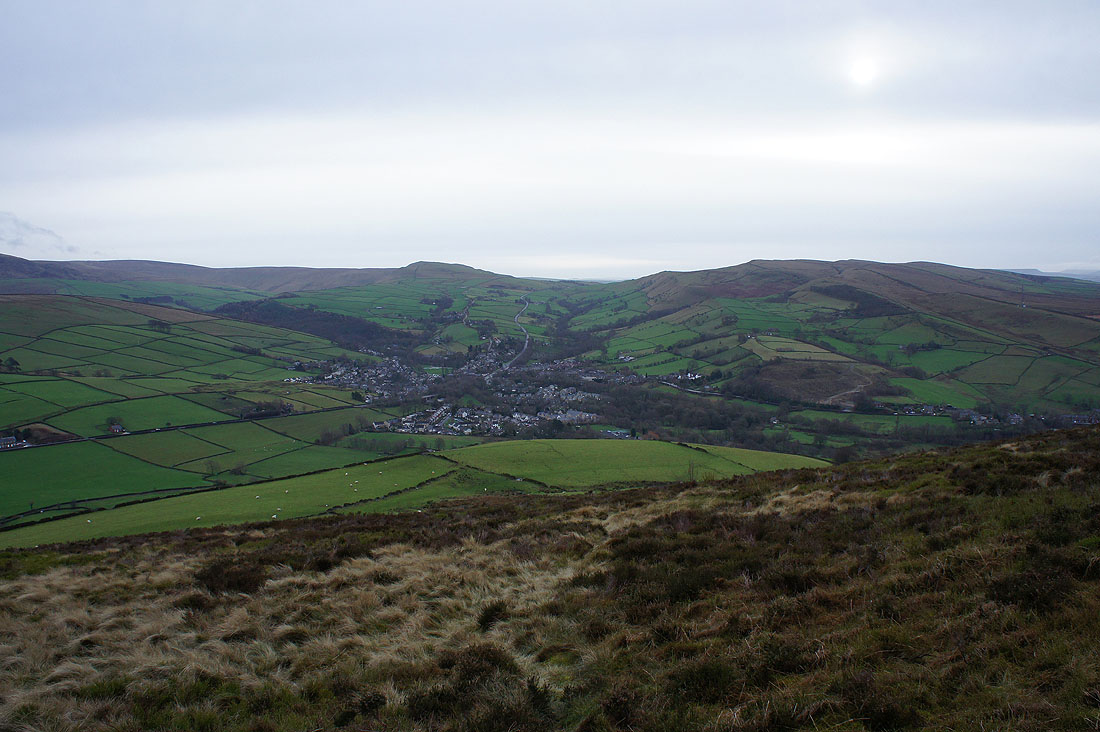 To the southeast, Mount Famine, Hayfield and Chinley Churn 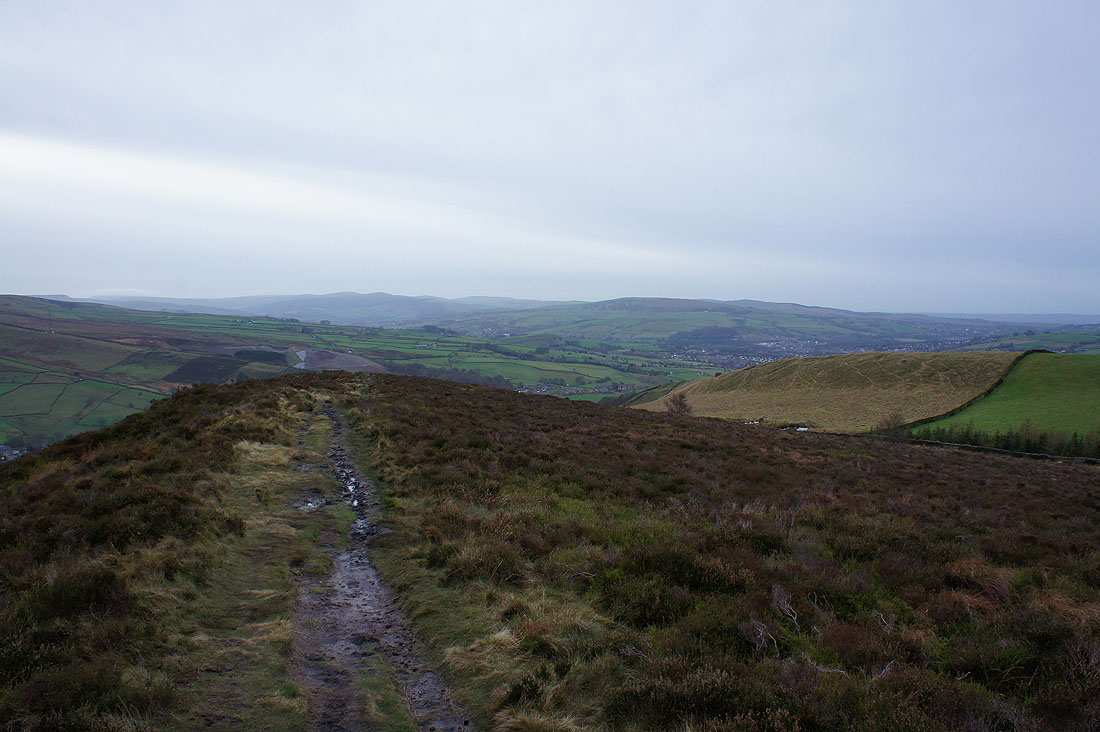 To the south the moors above the Goyt Valley, such as Shining Tor 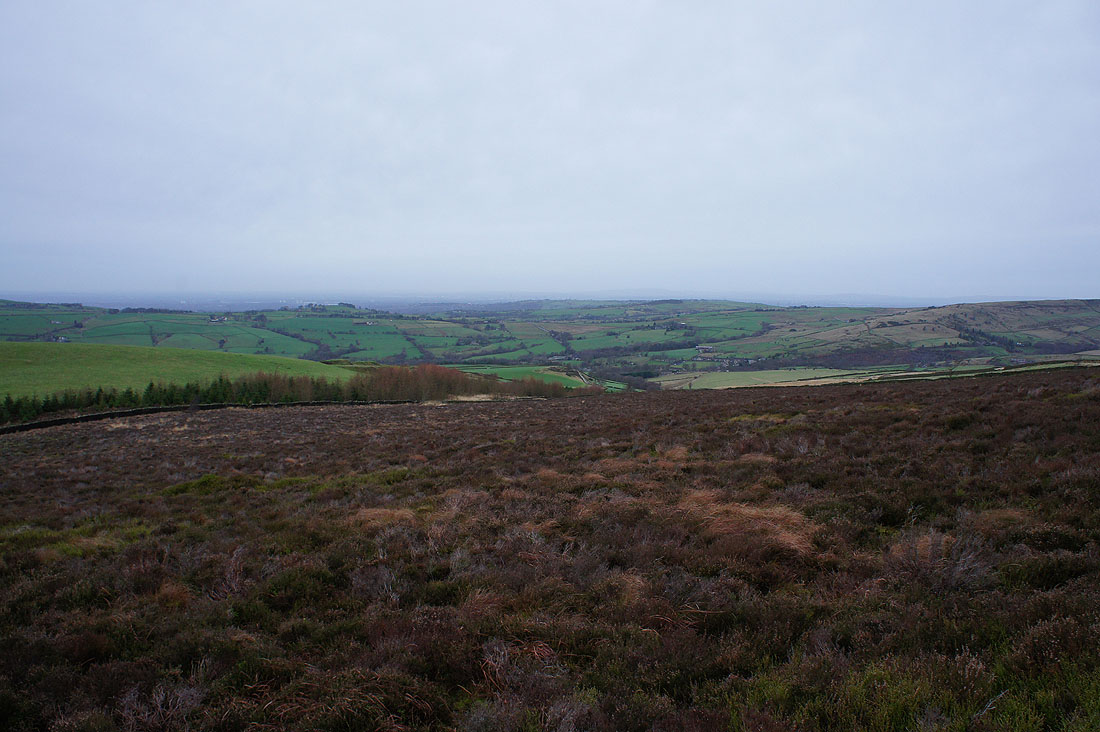 The urban sprawl of Manchester out to the west 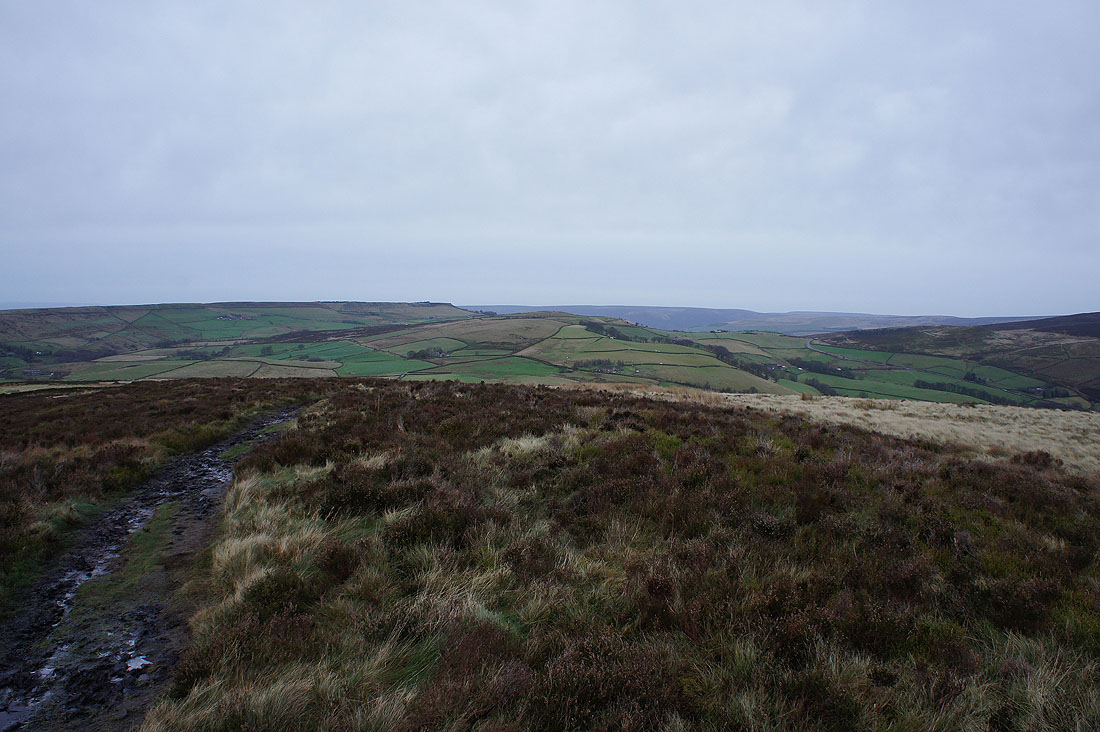 and finally to the north, Cown Edge with the moors above Longdendale in the distance 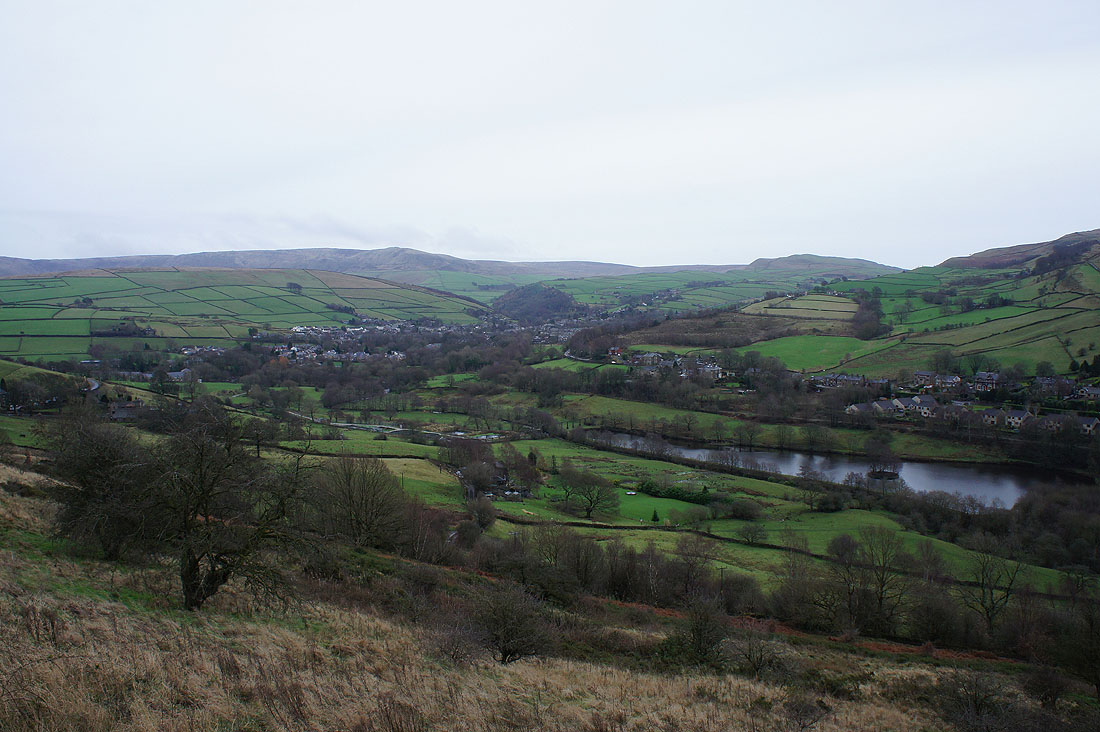 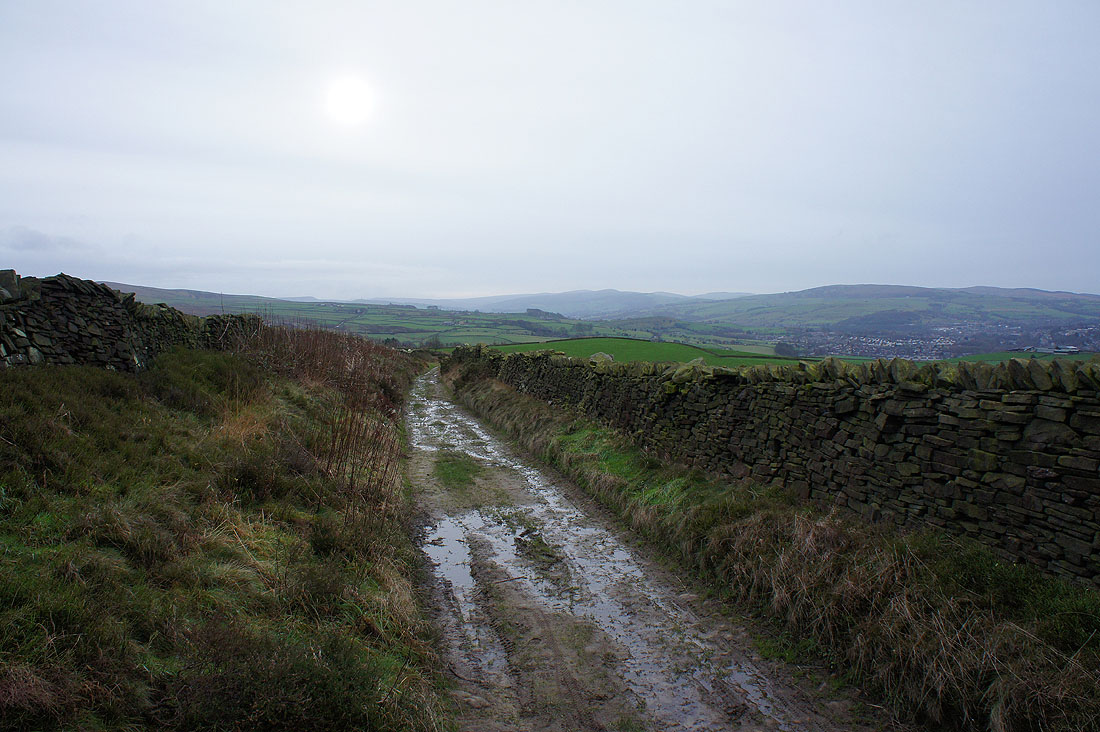 Looking back as I follow the bridleway to Rowarth. The sun is trying to shine through the cloud but isn't having much success. 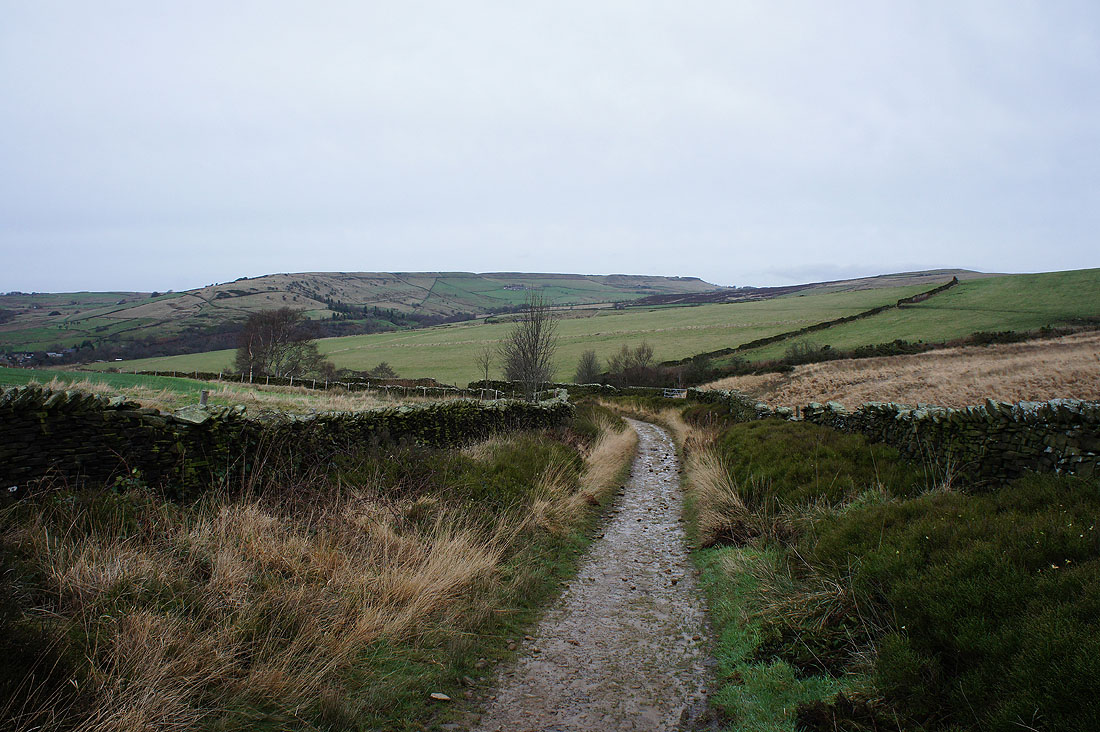 Cown Edge now in view ahead 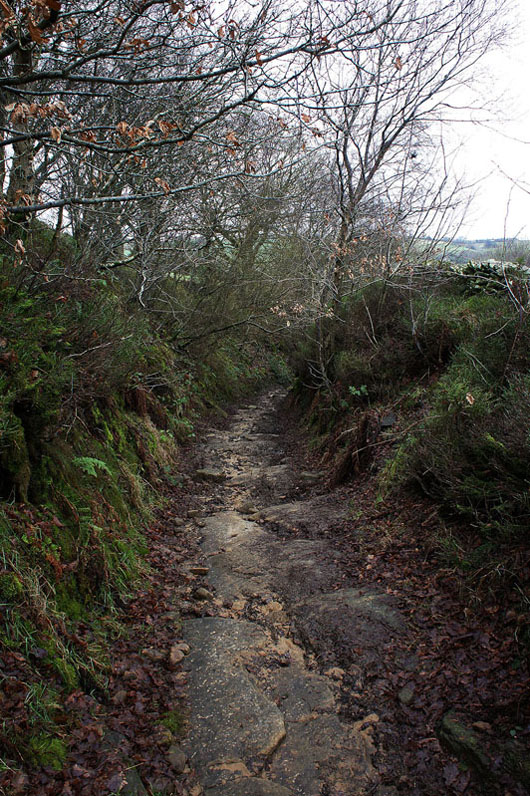 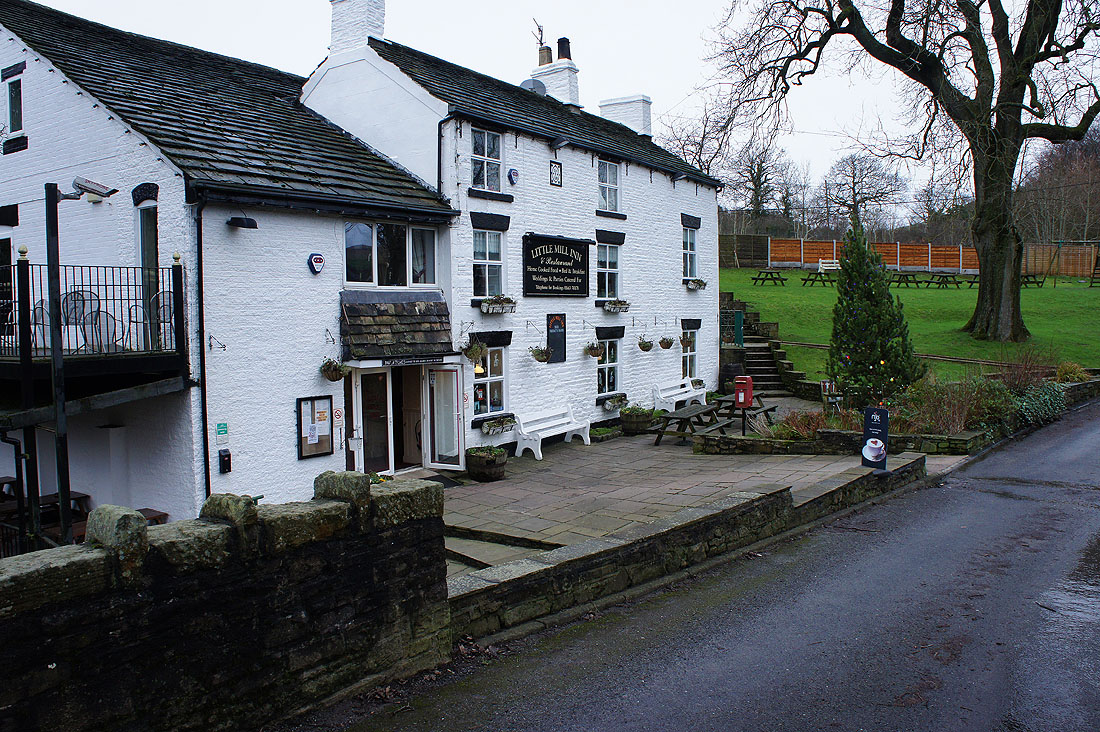 The Little Mill Inn in Rowarth 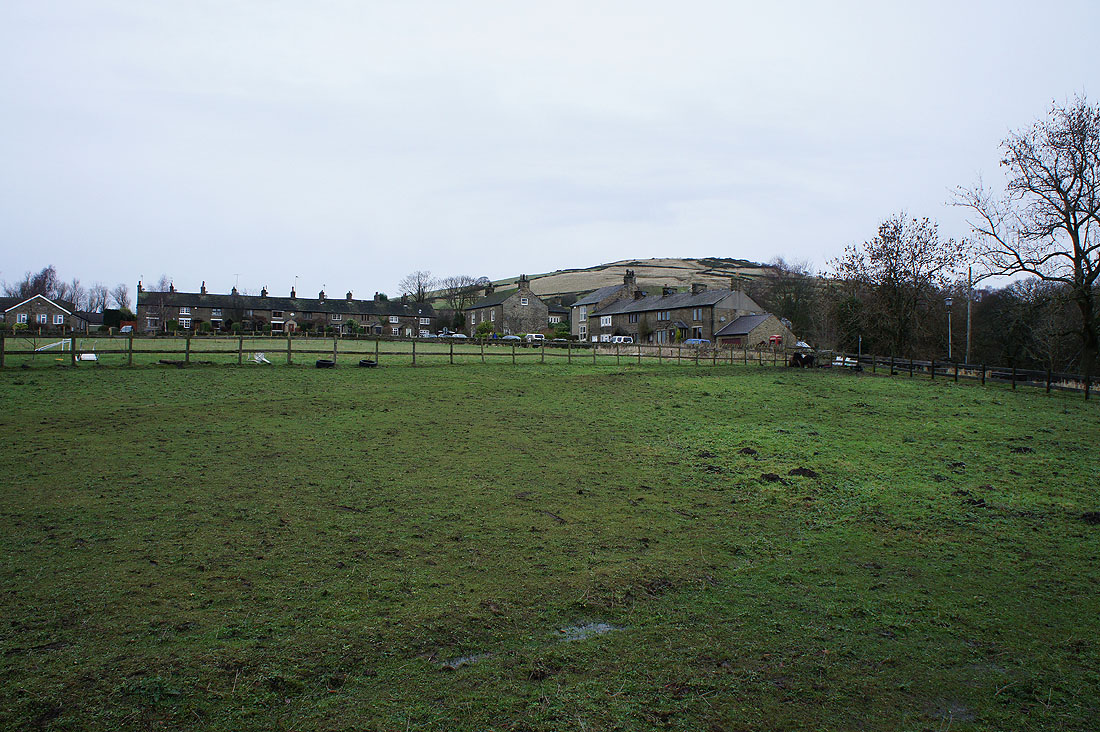 Rowarth with the slope up onto Cown Edge behind 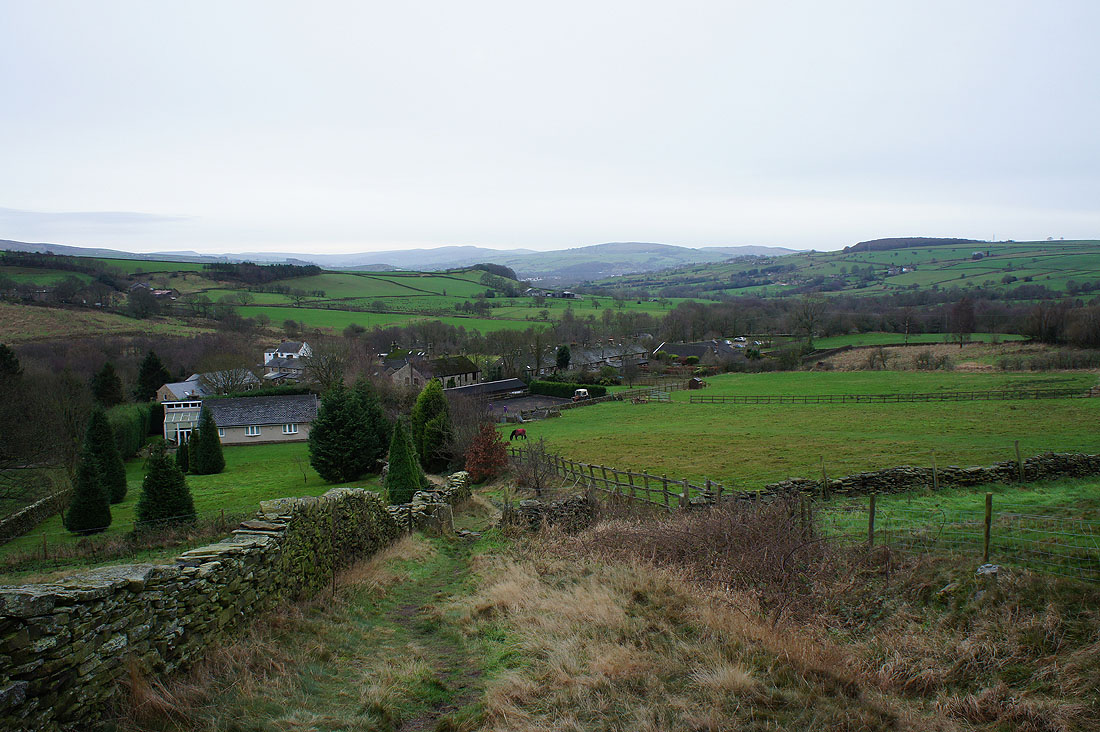 Looking back down on Rowarth 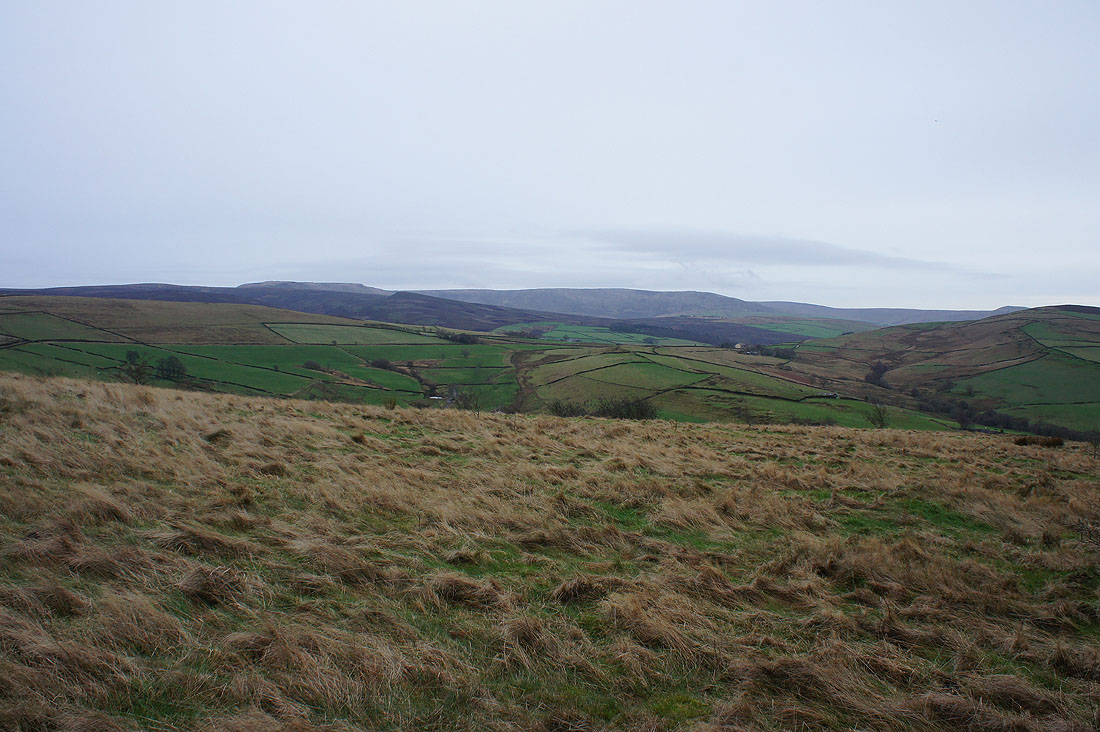 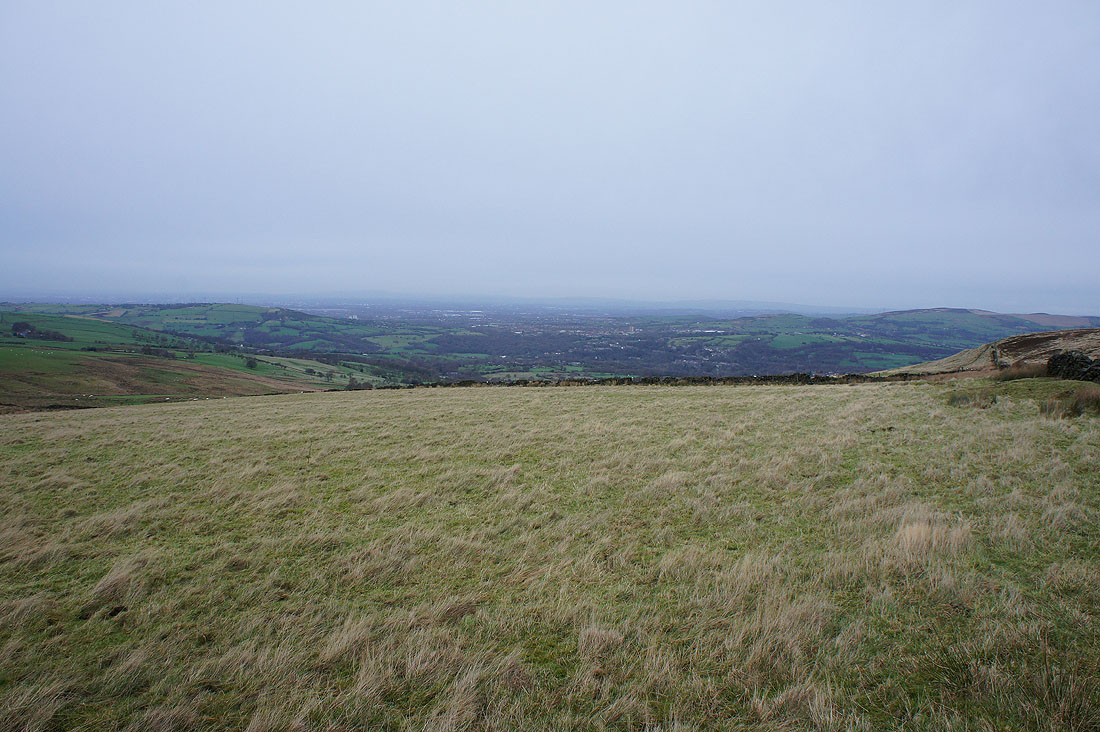 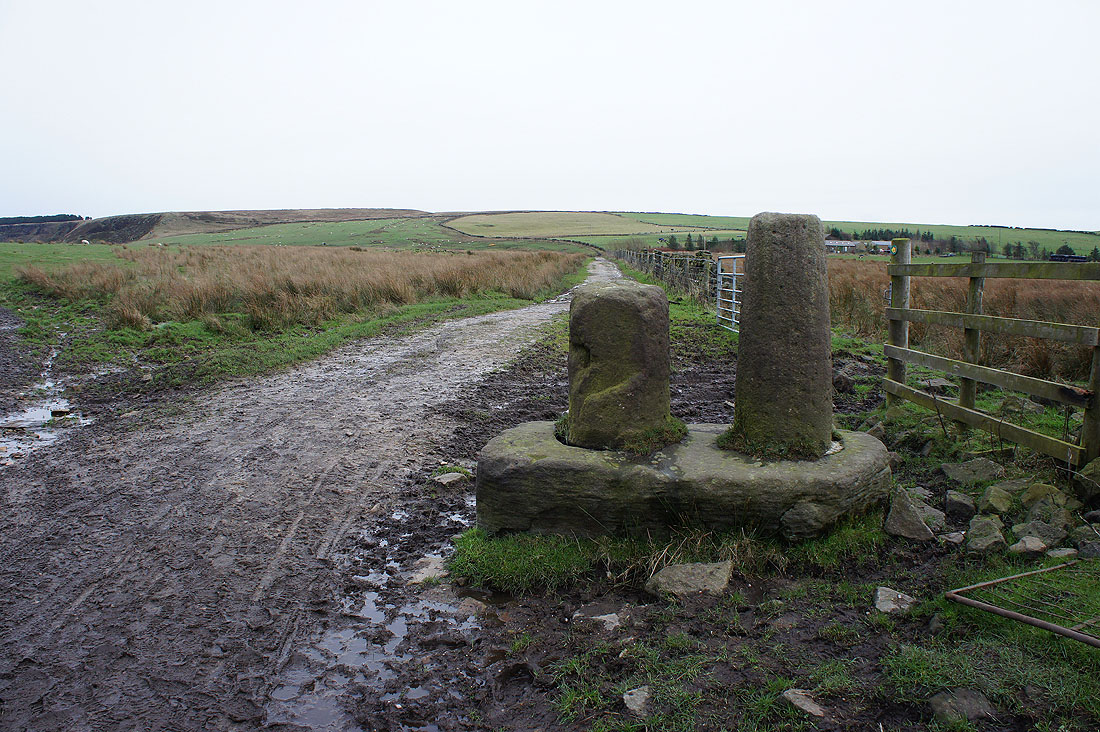 Robin Hood's Picking Rods. They're on the map and just off my route so I paid them a visit. I've got no idea if Robin Hood did have anything to do with them. 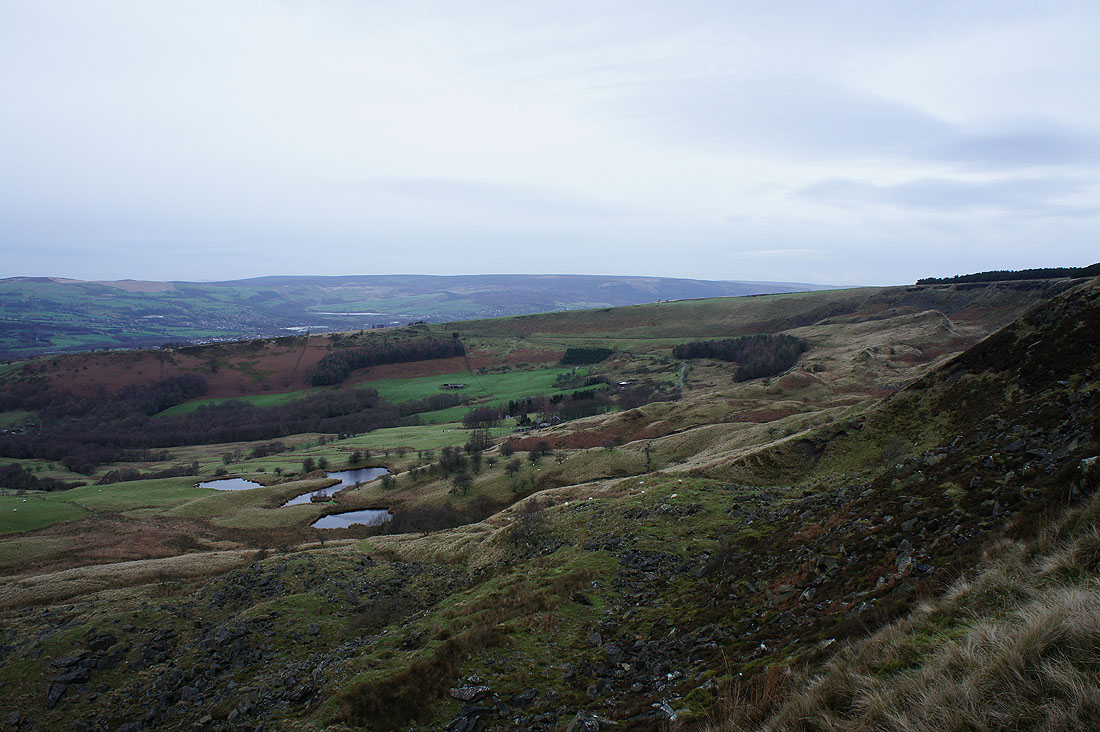 Arriving at the southern end of Coombes Edge 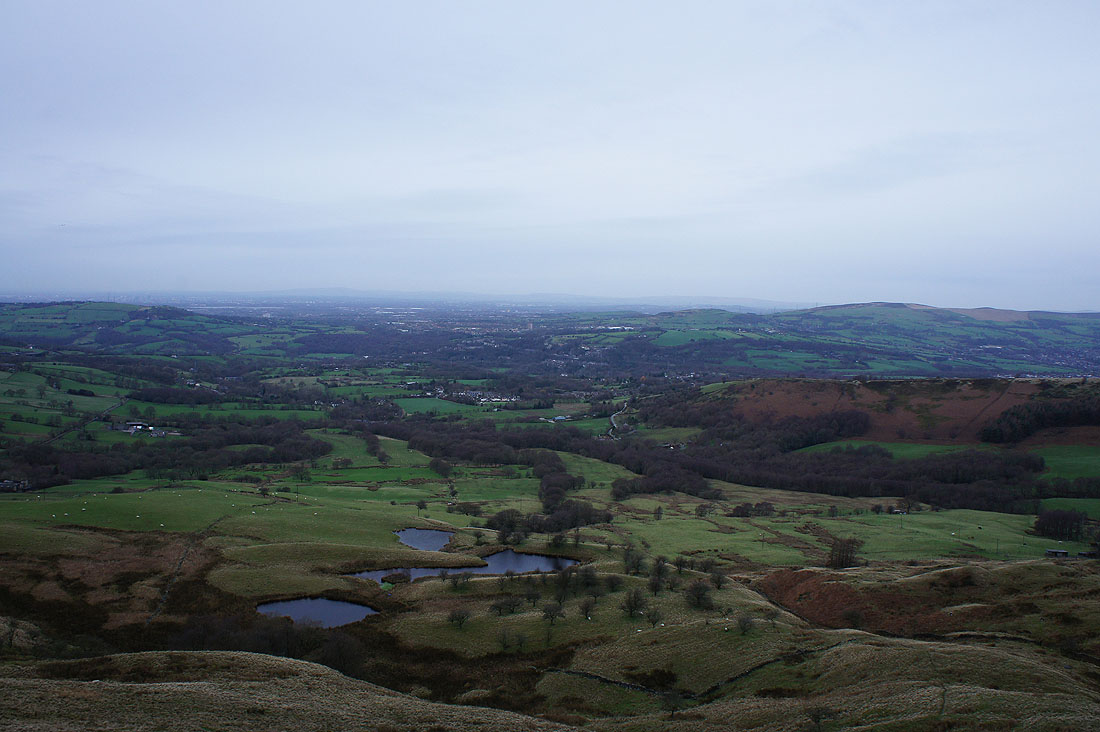 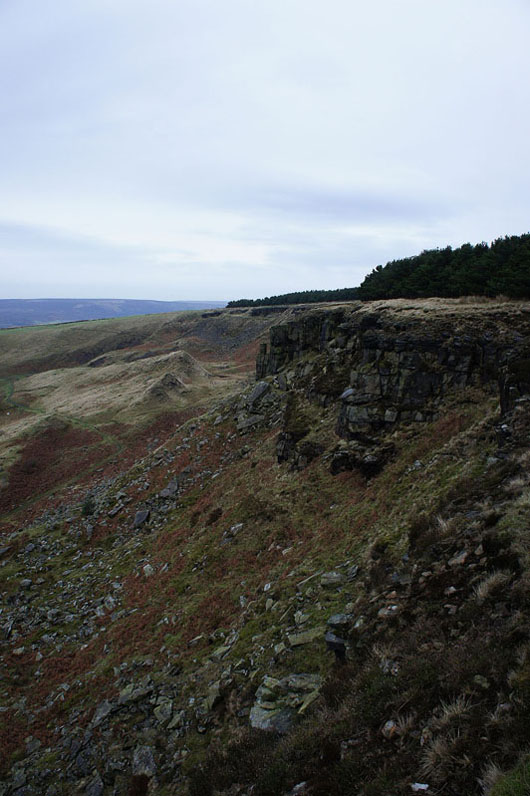 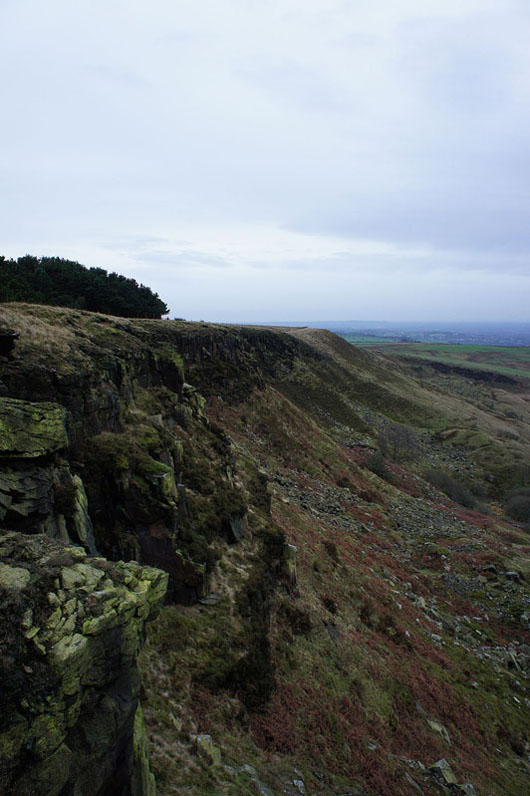 and south along Coombes Edge 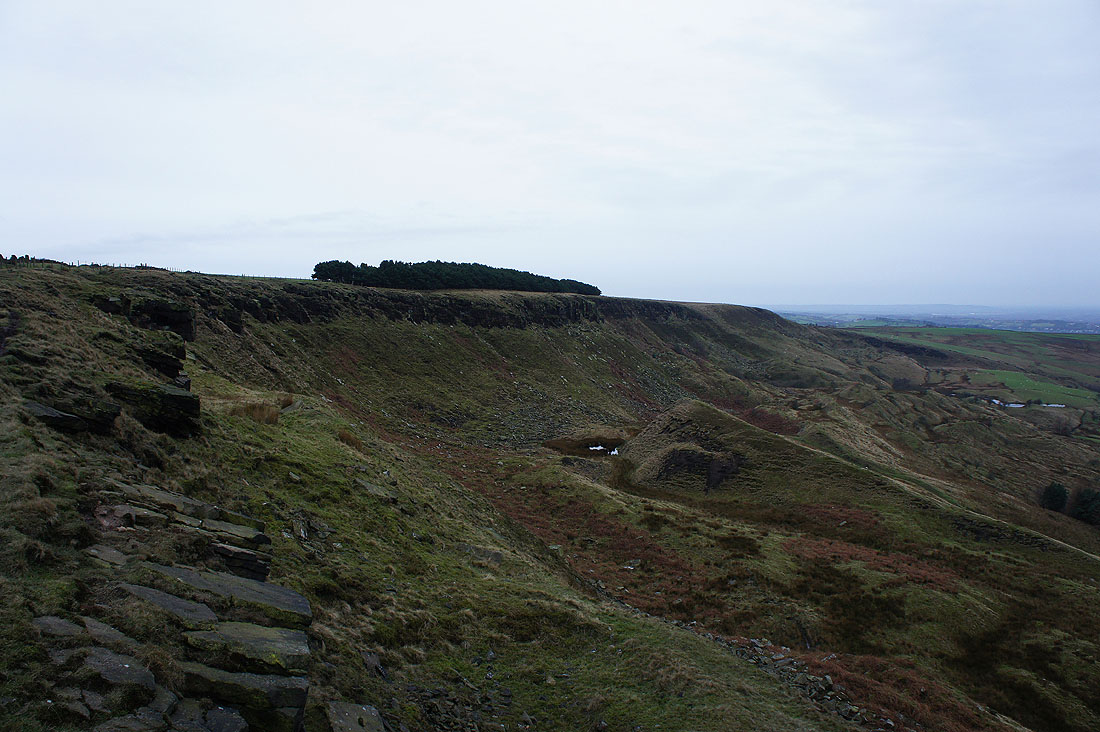 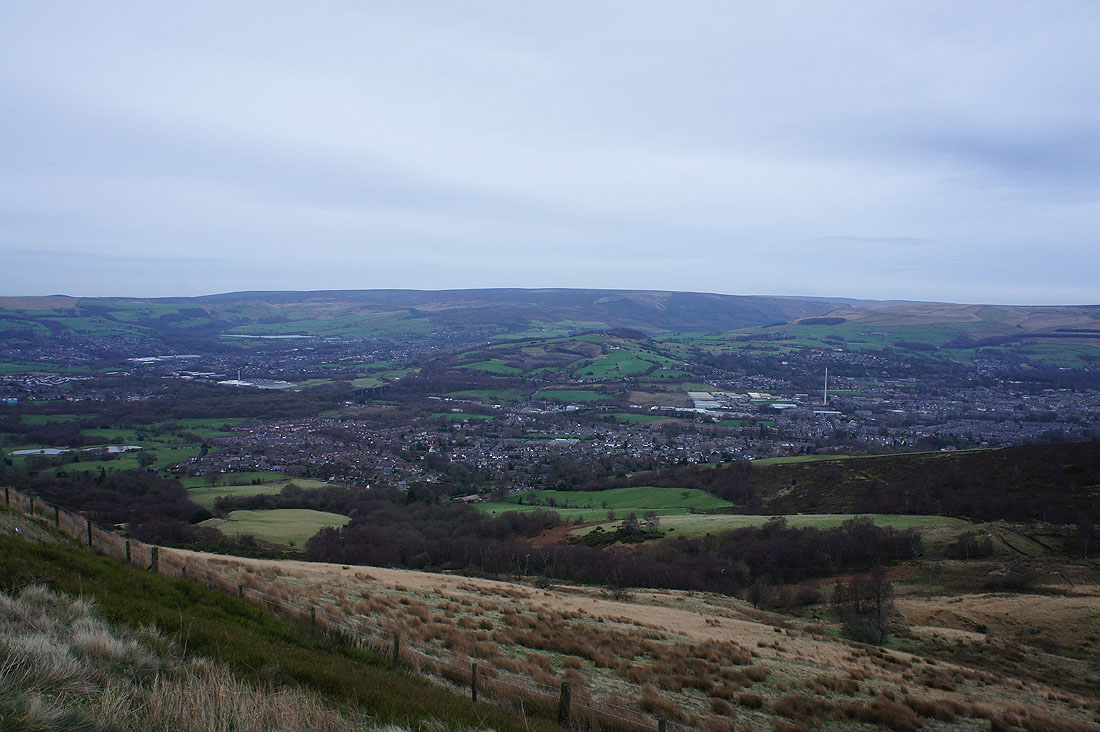 I've left Coombes Edge for a brief walk along Monk's Road where I took this shot from. Looking across Glossop to the moors that rise to Black Hill. 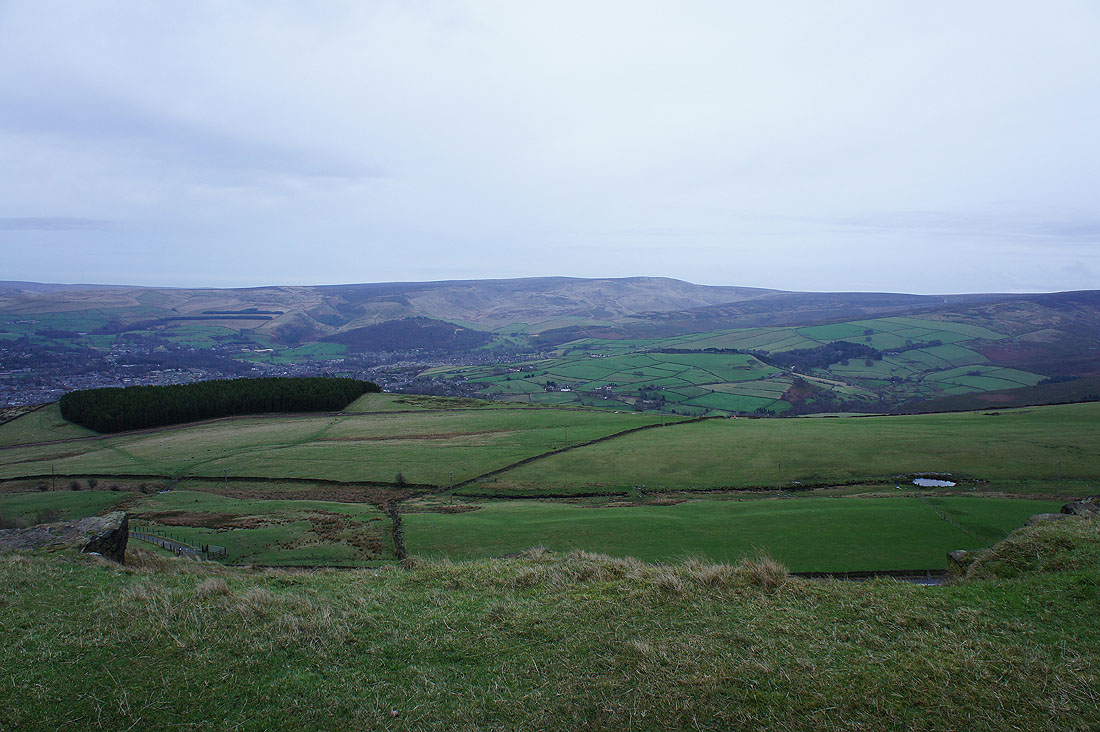 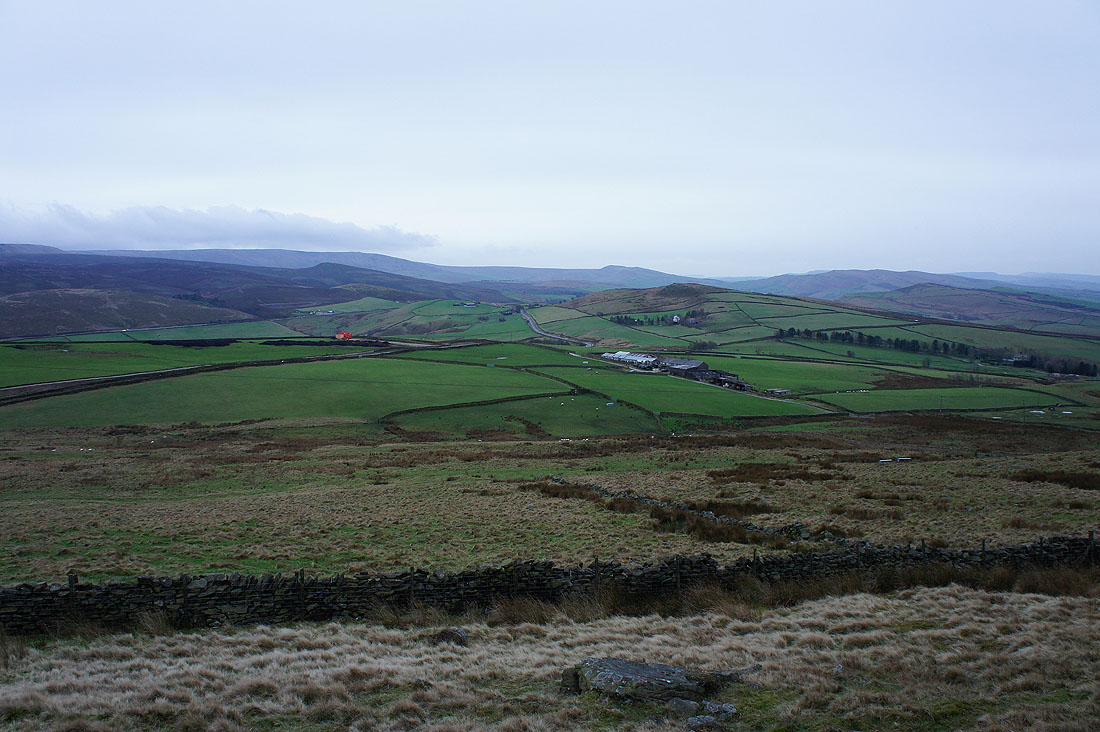 I'm glad the end of the walk is in sight. It's blowing a gale and it looks like rain isn't too far away. 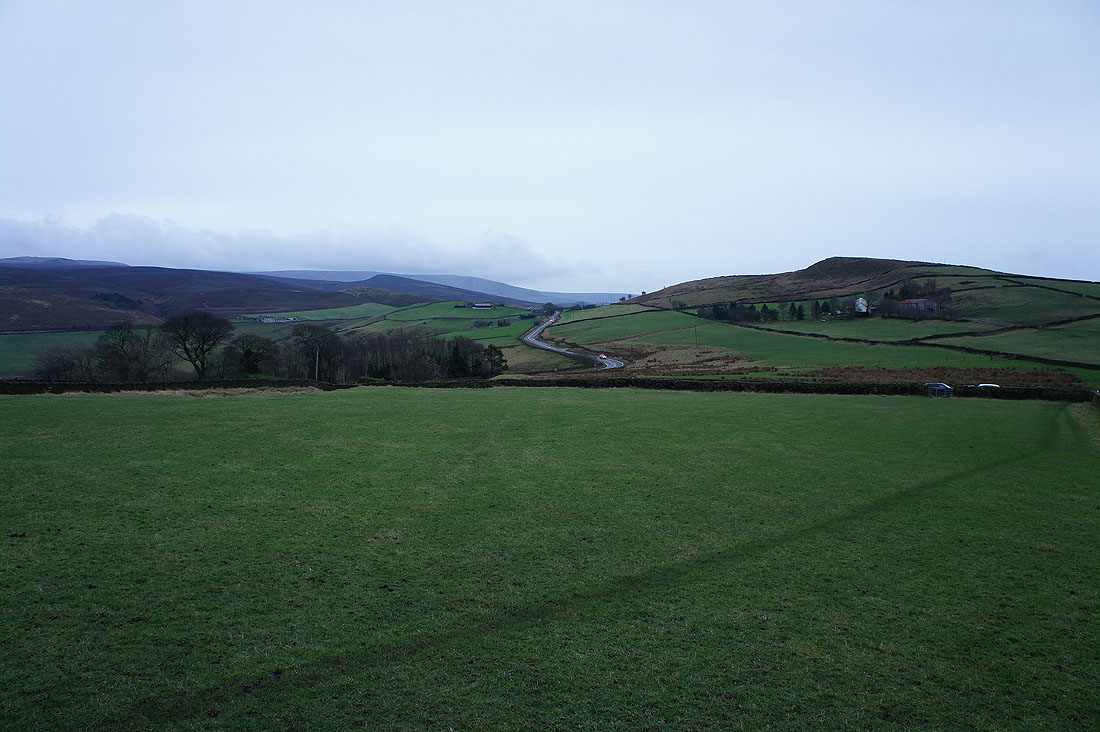 and I'm back. My car is parked just the other side of that wall.
Return to HOME
Return to Peak District Walks
Return to Walking Diary 2016