At 456m (1496 ft), Winter Hill is the highest point of the West Pennine Moors and commands an extensive view. Unfortunately this status has resulted in several large man-made objects being sited on the summit. However, while you certainly won't have felt like you got away from it all it is worth going to the top on a clear day. The views to the north and east are pretty good.

The route I took started at the lay-by on the Rivington Road out of Belmont. I followed a path down past Ward's Reservoir and then there was a bit of road walking through Belmont until I reached Ornamental Reservoir. There was then a footpath through a field up to the Belmont Road. A clear path then takes you to the summit of Winter Hill. The route back down was a path that heads straight for the lay-by.

If you wanted to get to the top as quickly as possible from where I started, my route of descent would get you there in about 15 minutes.
Route map 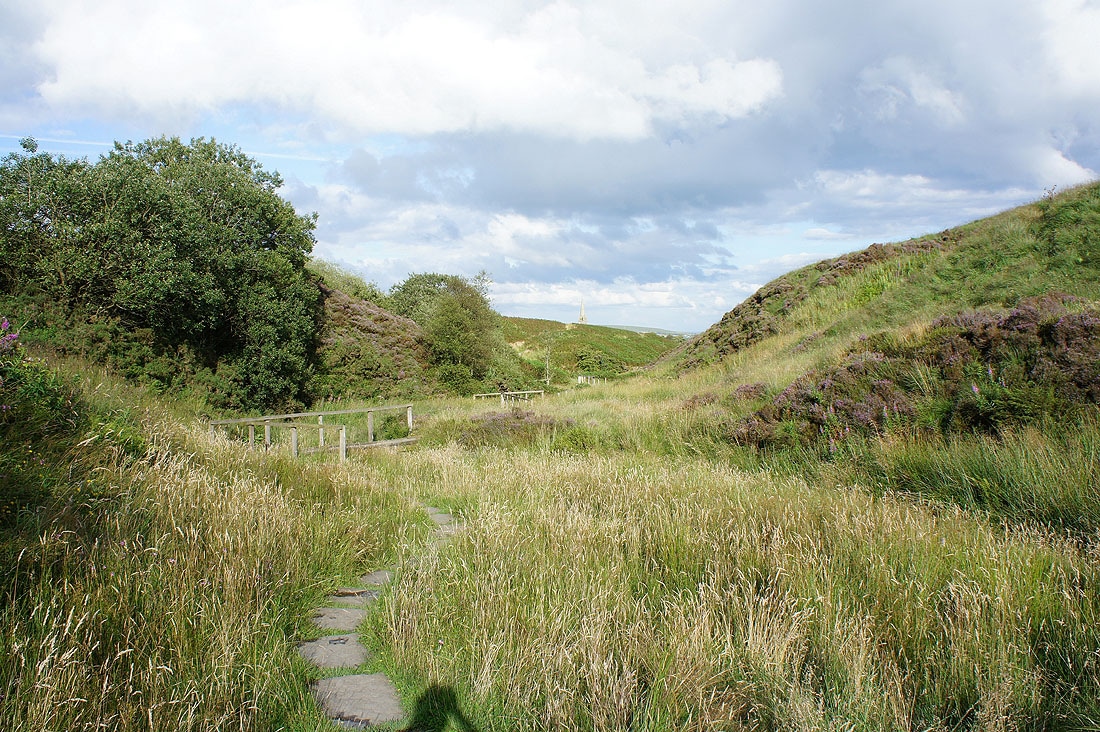 There's a large lay-by at Hordern Butts Delf about half a mile up the Rivington Road out of Belmont and that's where I started this walk from. From the lay-by I'm following a path by Ward's Brook down to Ward's Reservoir and then Belmont. 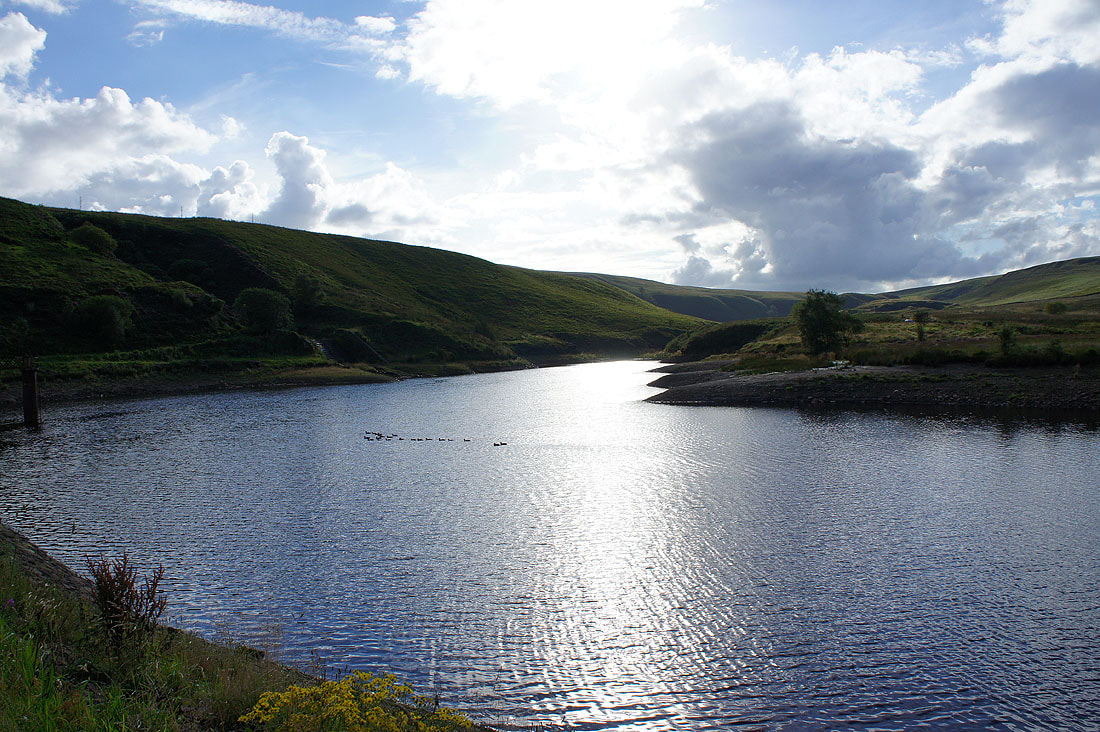 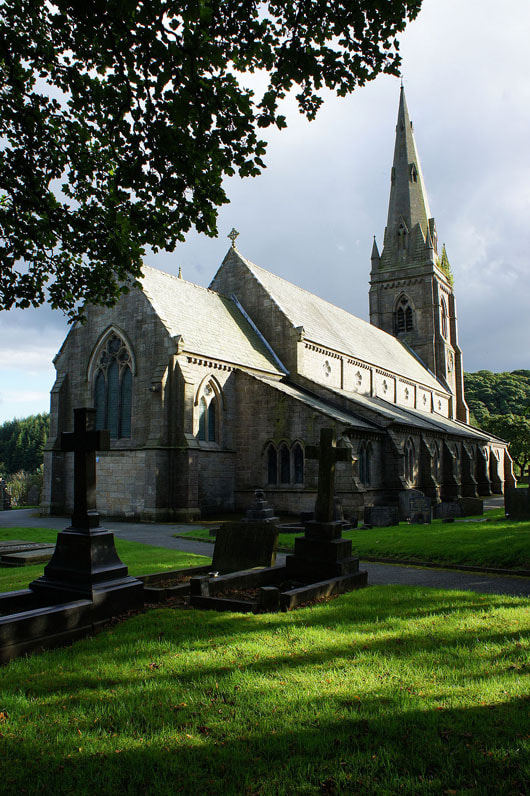 Passing through Belmont I decided to take a picture of the church of St. Peter 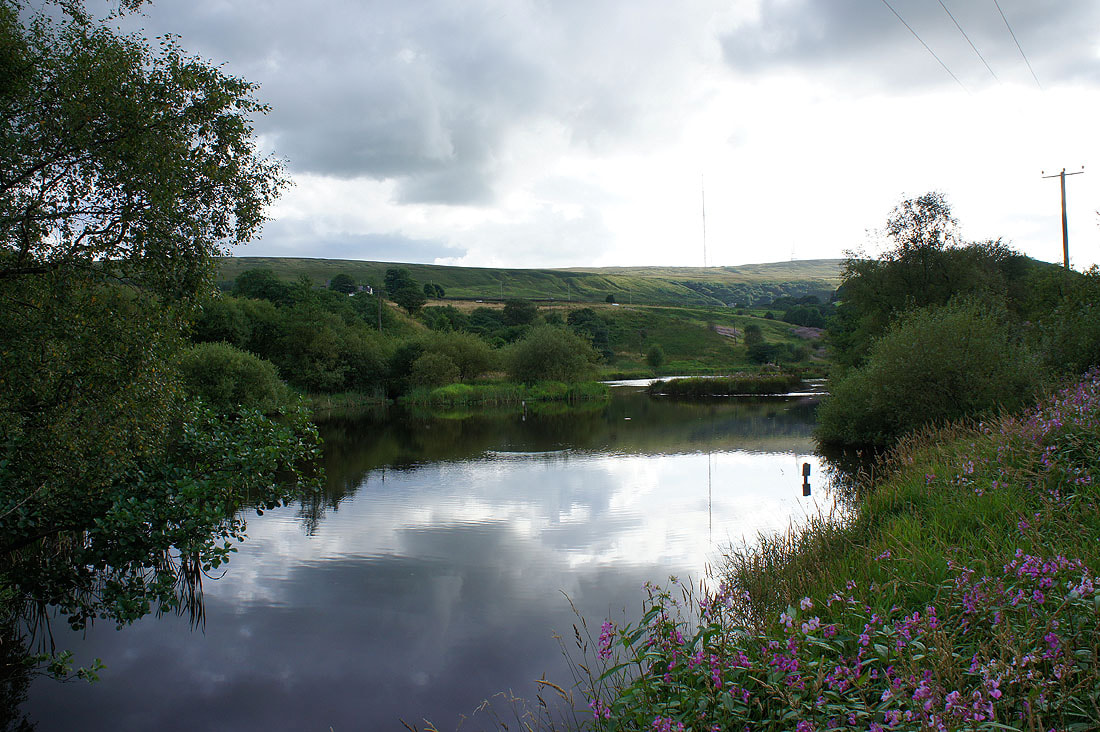 Ornamental Reservoir. That's what it's called on the OS map. 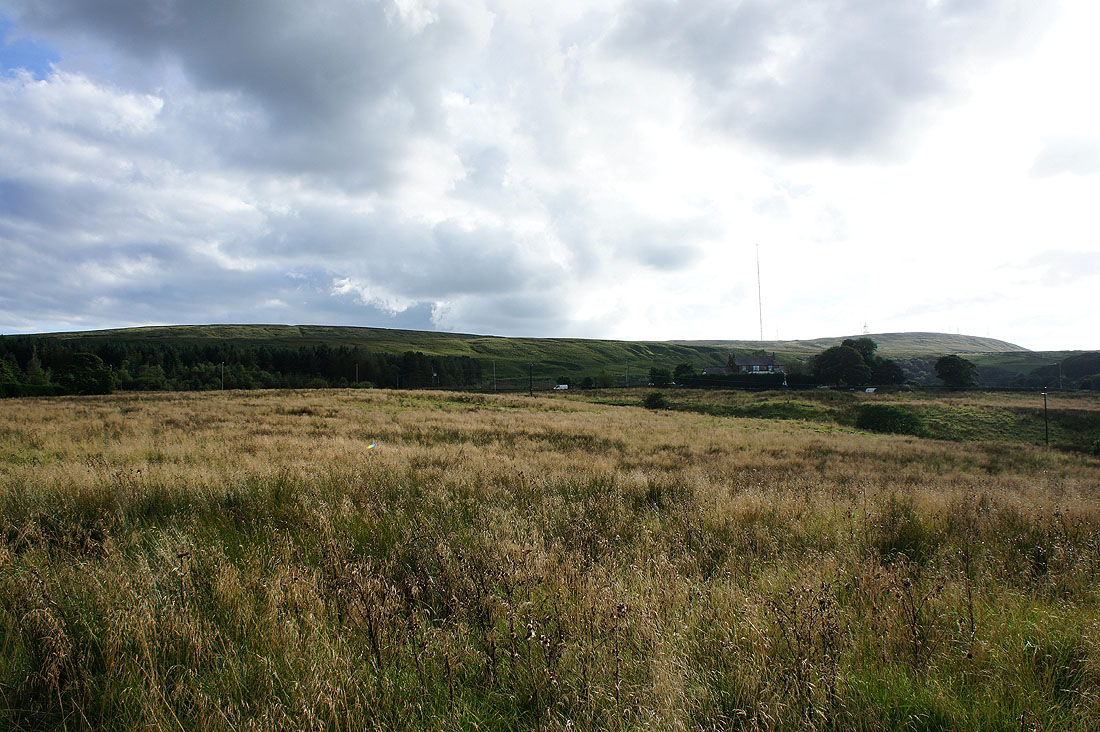 Until I'd reached the reservoir I'd been heading away from Winter Hill, now I have my goal in sight 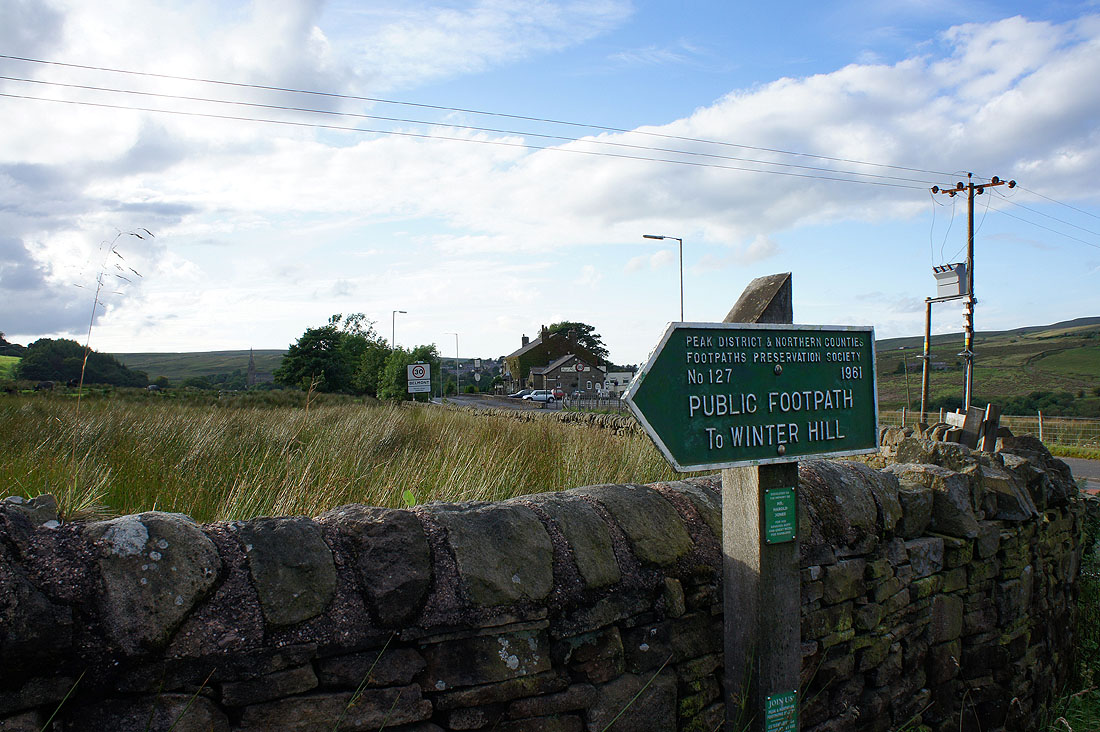 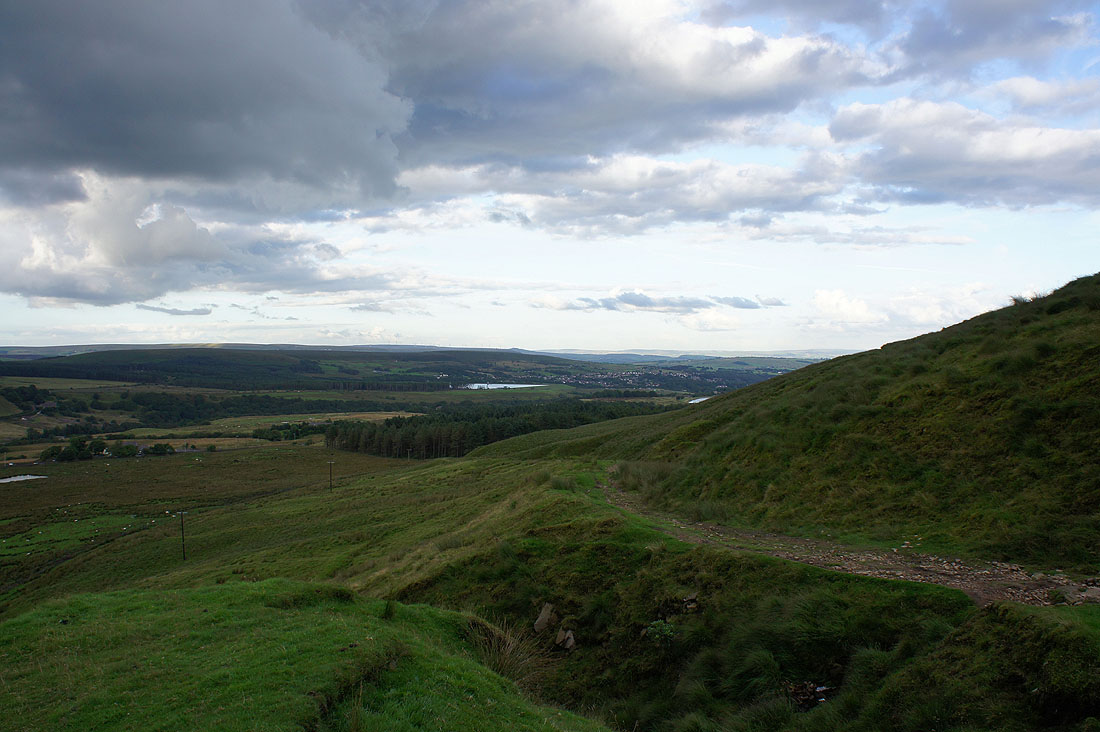 A look back as I head up the track. The patch of water in the middle of the picture is Delph Reservoir. 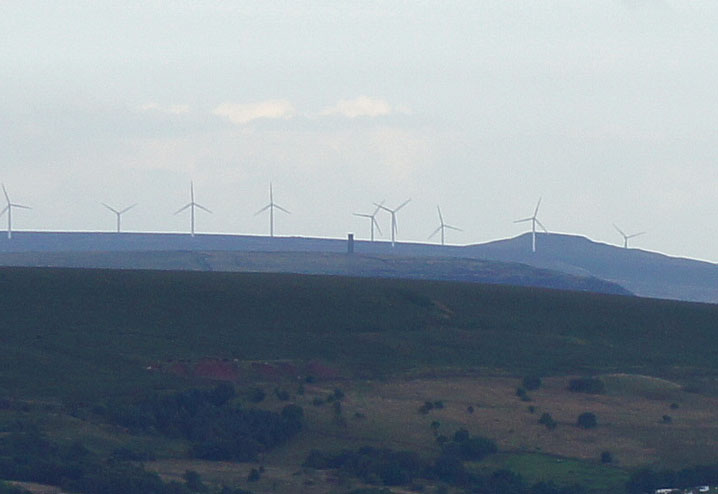 The visibility was good enough to make out a couple of landmarks. This picture shows Peel Tower on Holcombe Moor with the windfarm on Scout Moor in the background. 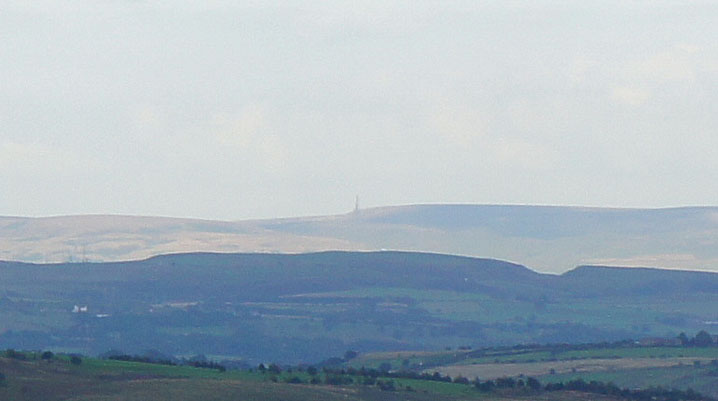 and this one shows the monument on Stoodley Pike above Todmorden 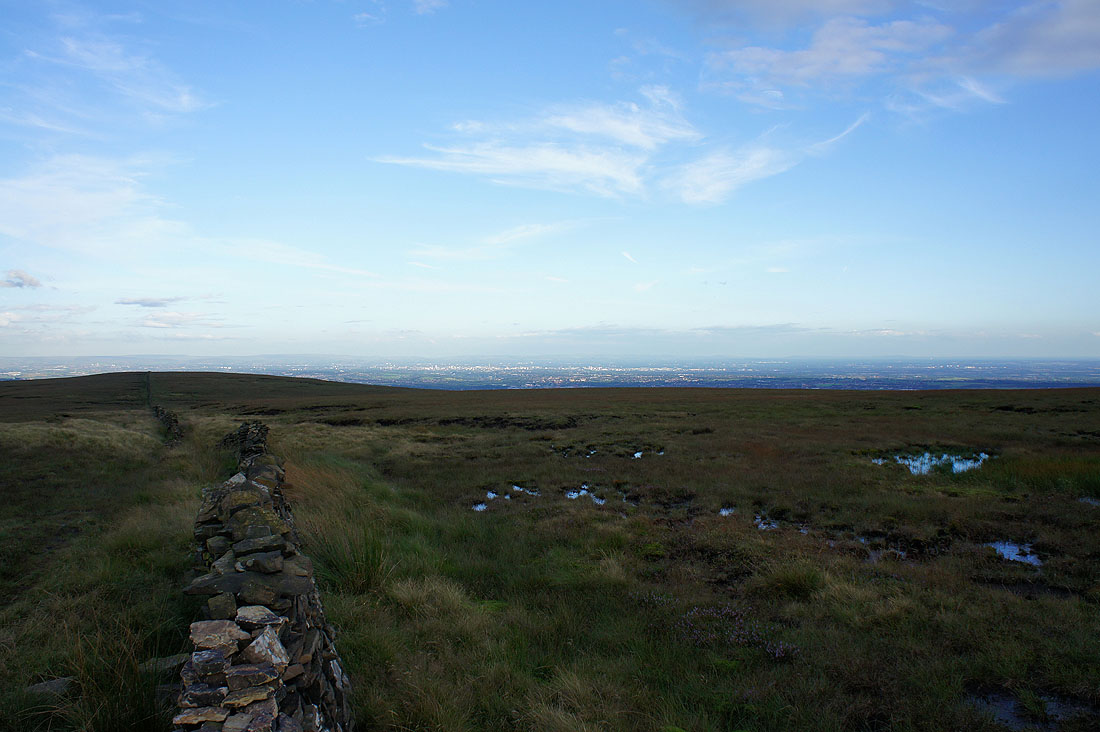 I've reached the wall that runs up to the summit. The sun shining on Manchester in the distance. 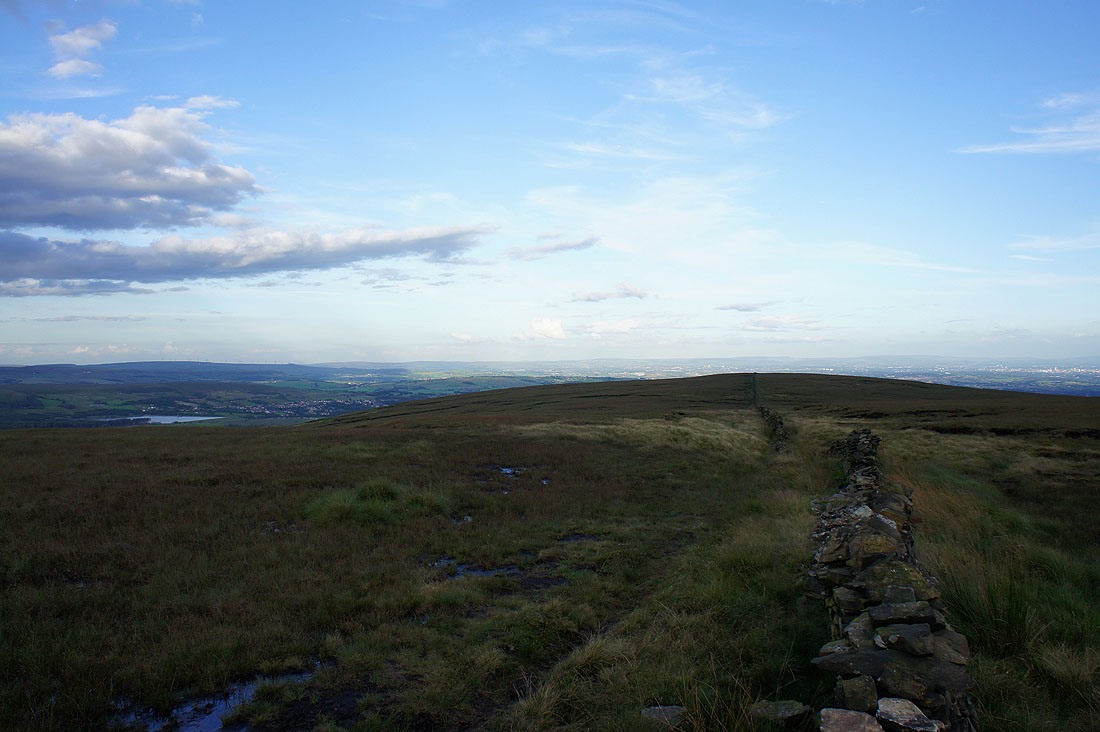 The South Pennines and Saddleworth Moors are on the horizon 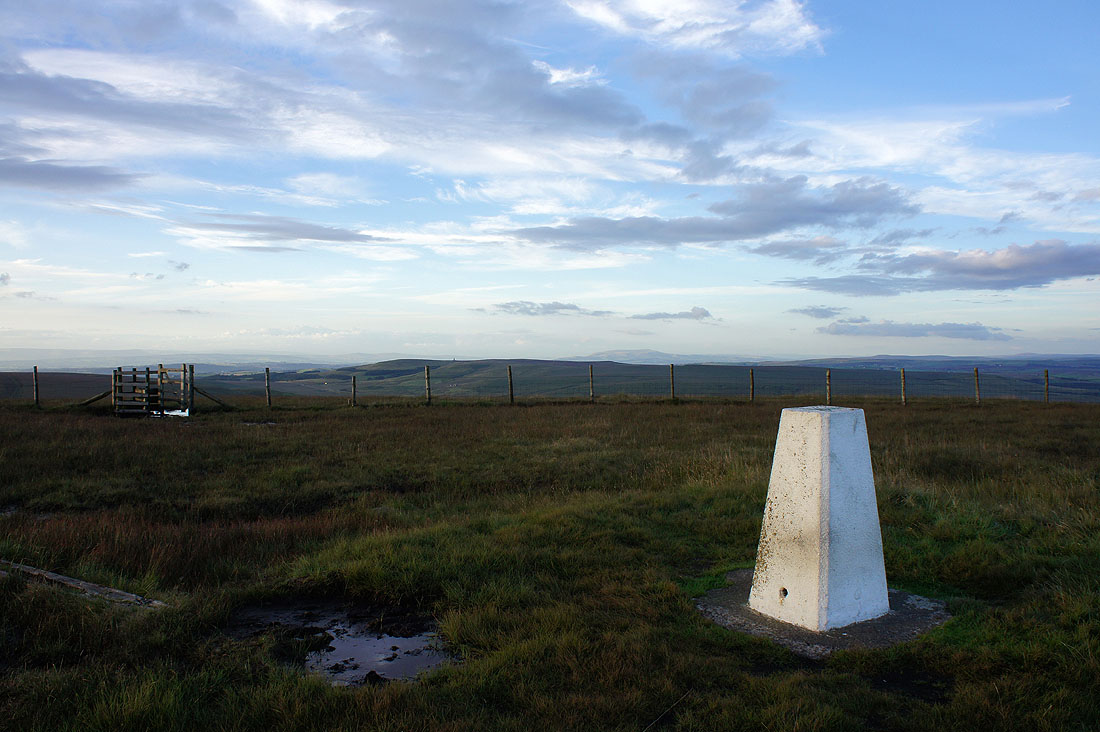 On the summit of Winter Hill. This is the view looking north-east to Darwen Moor with the outline of Pendle Hill behind. However if I turn around I'm suddenly... 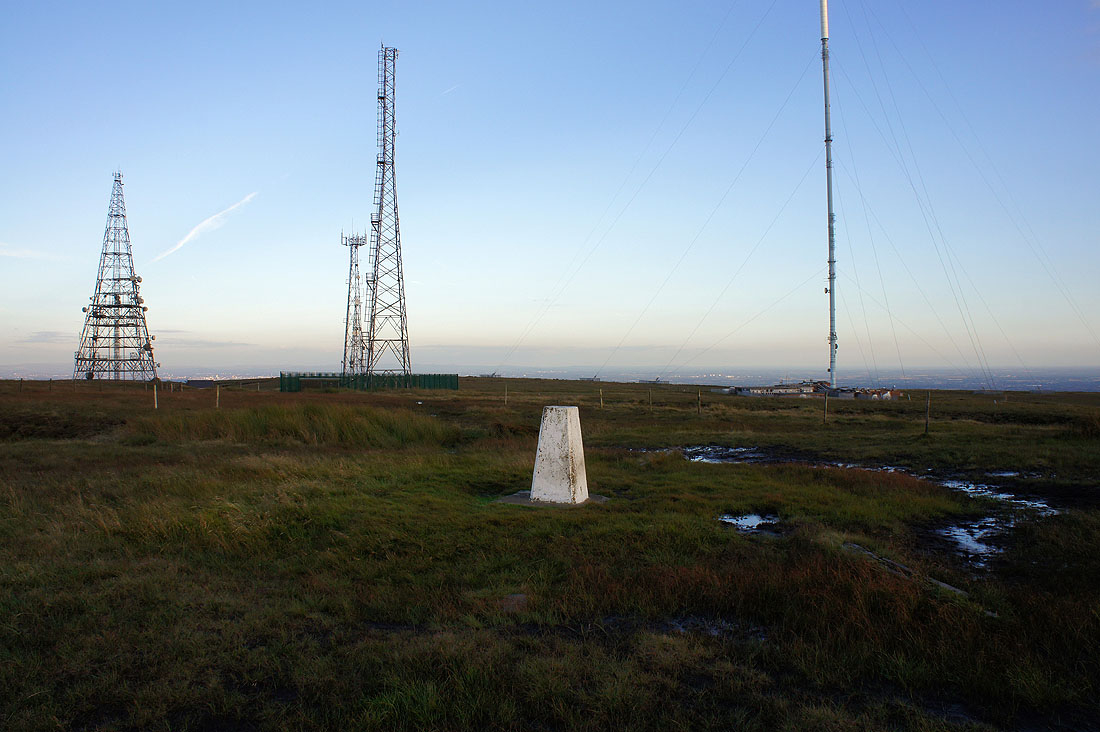 ...in the land of the giants 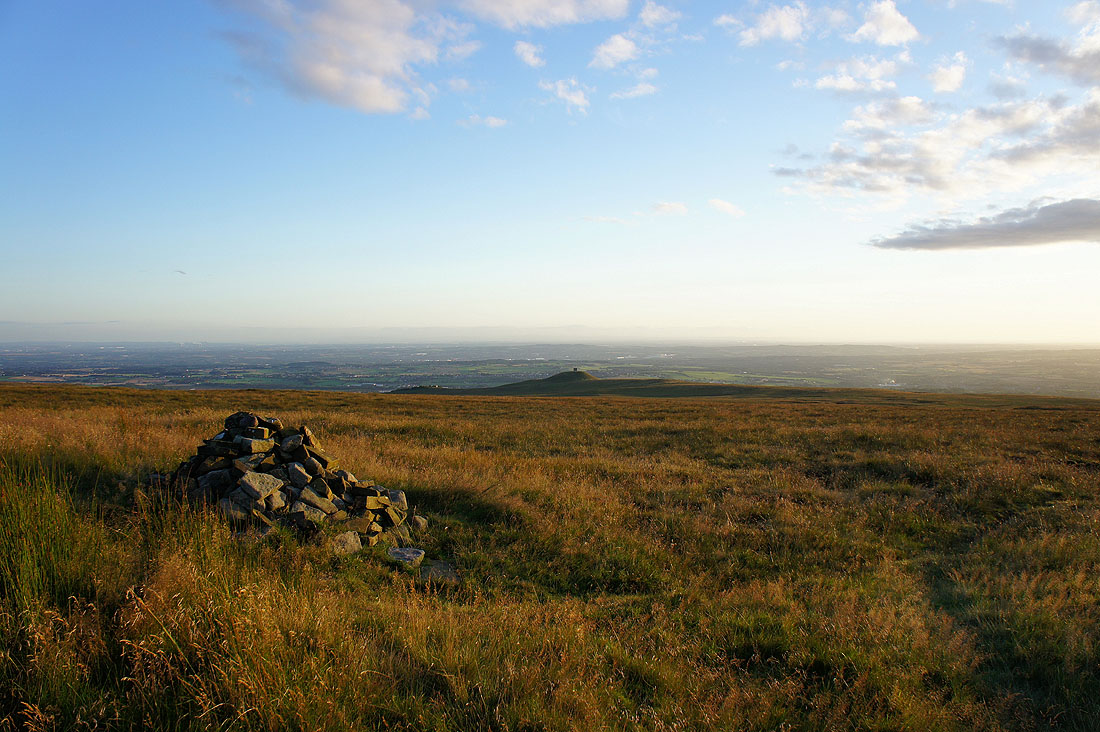 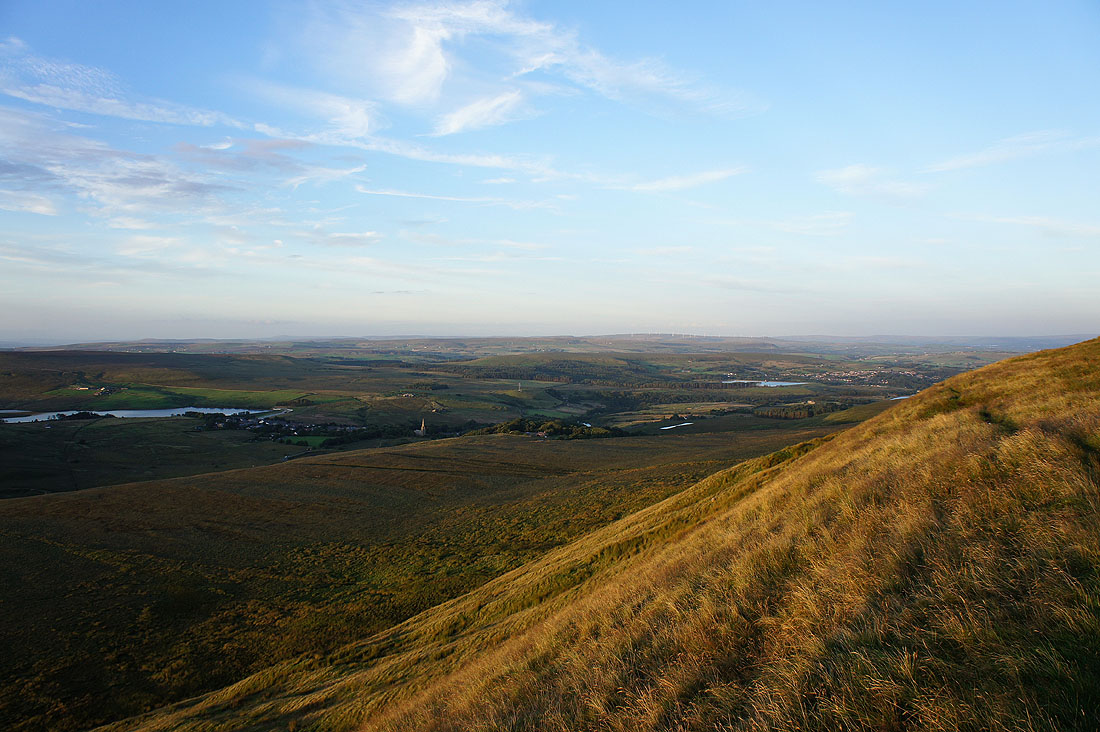 I spent quite a bit of time taking in the view from the top of the northern flank of the hill as the sun started to set. This picture has the village of Belmont below with the church of St. Peter standing out and then in the background the moors above Rossendale and the South Pennines. 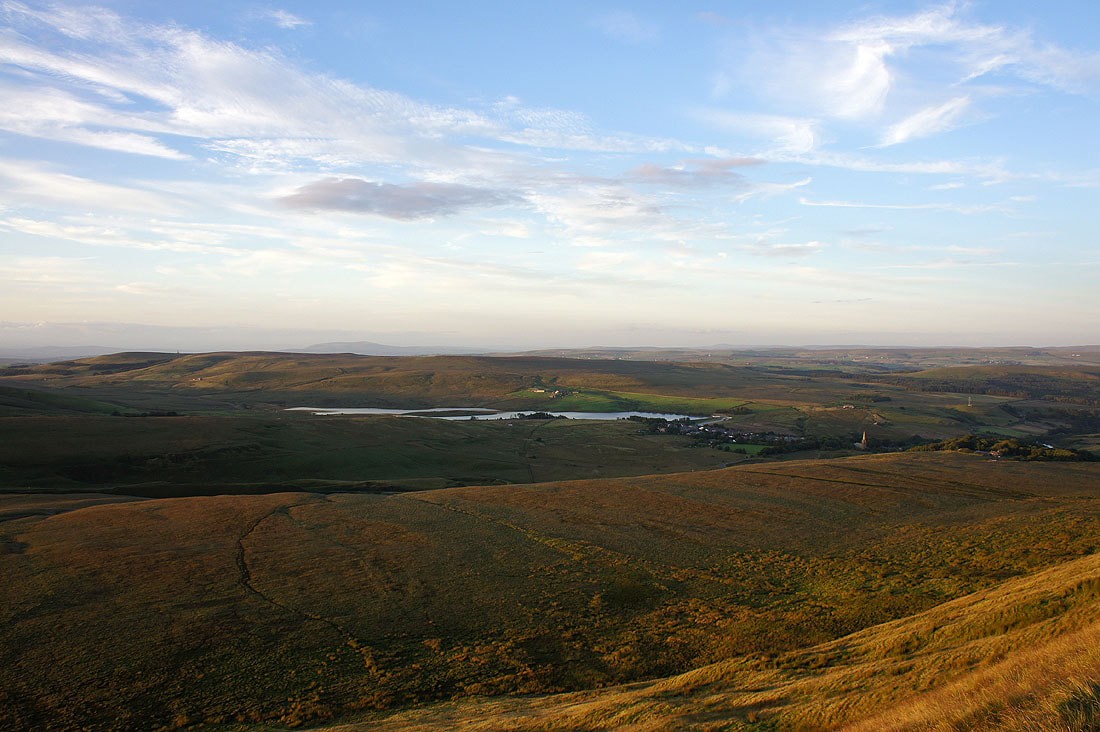 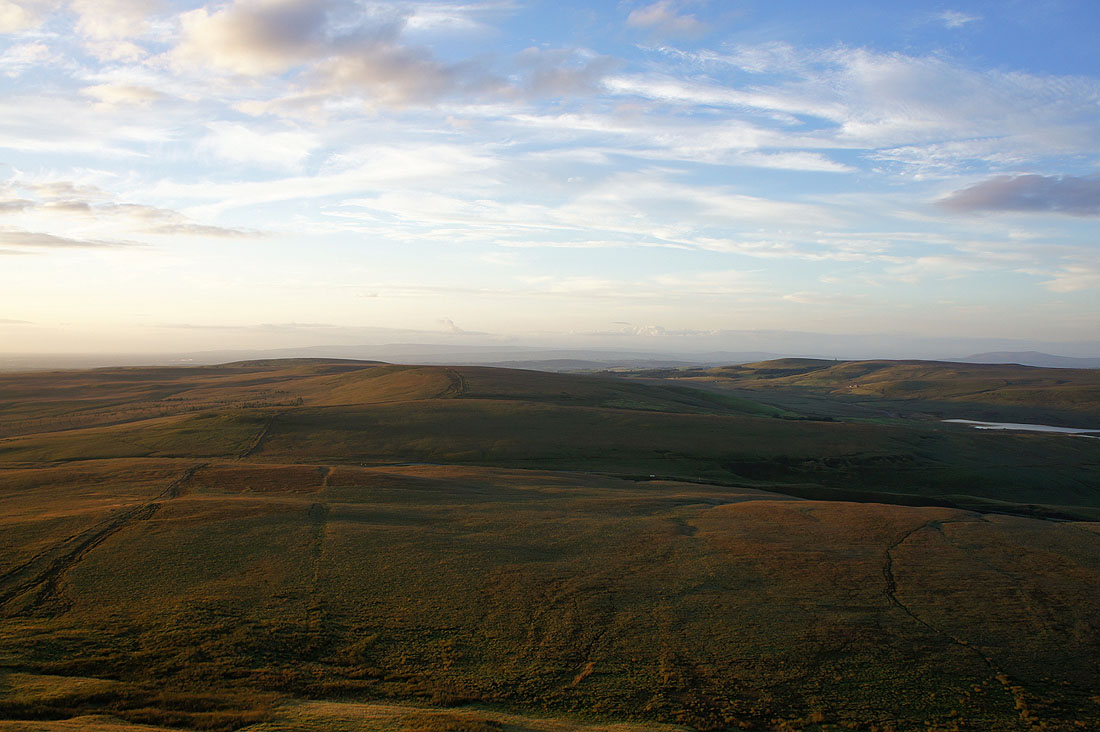 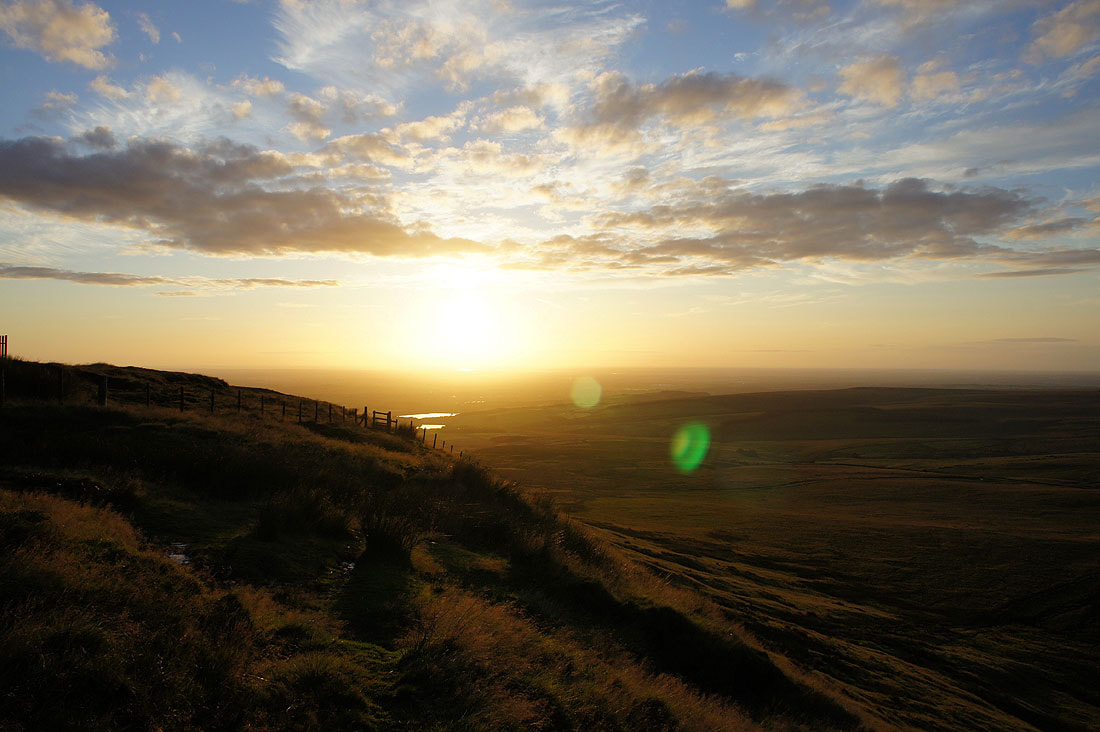 A fine end to the day 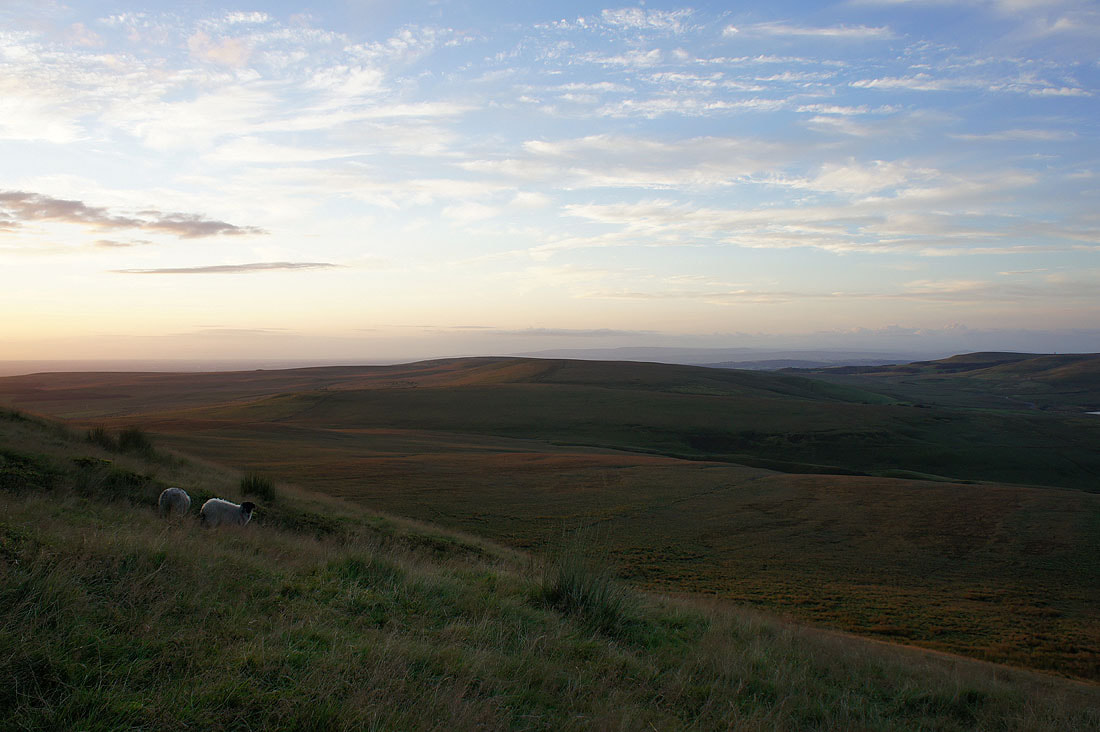 Fading light as I head down 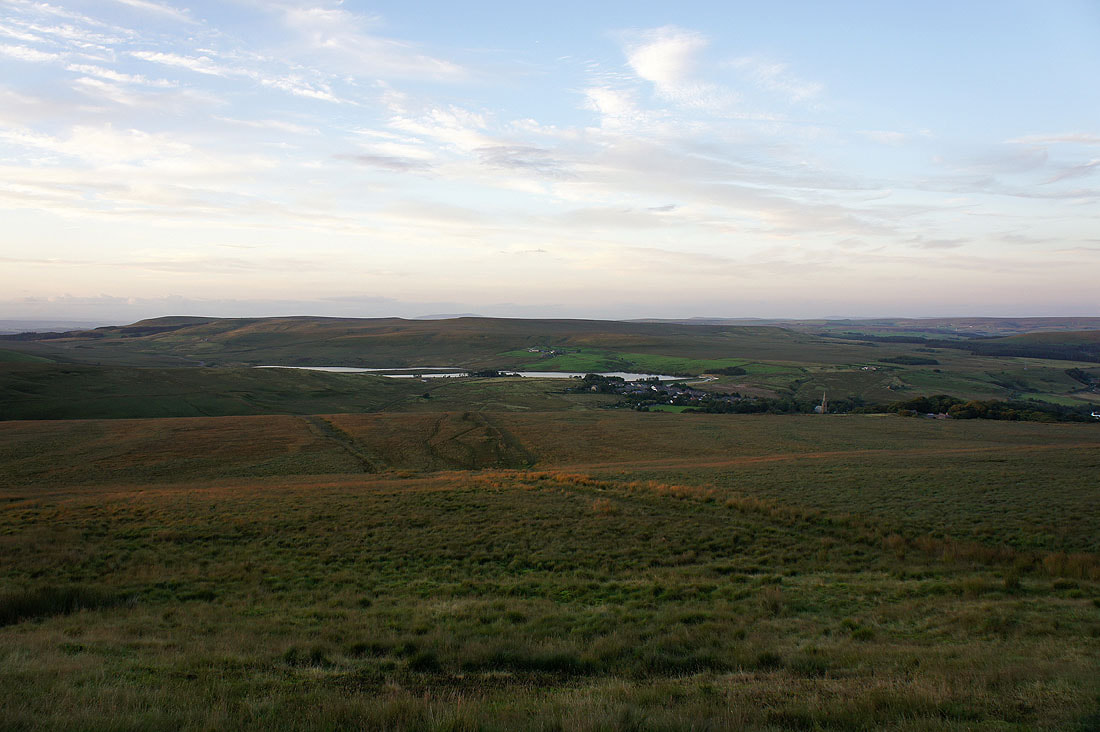 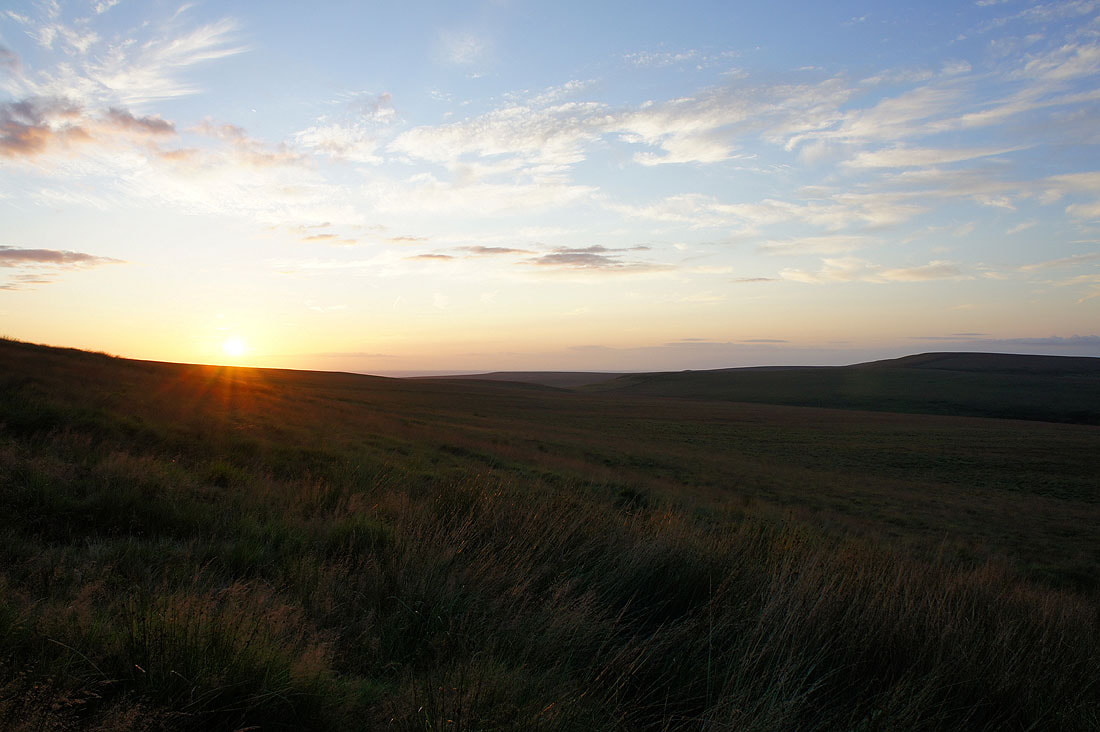 Last of the light. Fortunately I don't have far to go.
Return to HOME
Return to Forest of Bowland, Pendle & West Pennine Moors Walks
Return to Walking Diary 2012