After the great walk I had up Ingleborough yesterday I was glad that the forecast deterioration in the weather was going to arrive later than originally thought. It meant that I could have another walk in the snow. In the end I decided on Pendle Hill and instead of starting from Barley as my last two ascents have I went to Downham. It's a quieter route plus there are great views across the Ribble valley to enjoy. I also had to consider that the roads into Barley might be a bit icy. There was more sunshine around than yesterday though much of it was hazy. I was glad that I did Ingleborough yesterday, the clearer air made for better photos.

After parking in Downham I set off by walking up a narrow lane with cottages on both sides just off the Pendle Road. When I reached its end I took the footpath that heads across the fields past Clay House to emerge on the Pendle Road below Hookcliffe Plantation. I crossed the road and made my way uphill on the path across Downham Moor and then over the ladder stile to reach the trig point and summit. I retraced my steps from the trig point back to the wall and stile to take the path across the top of Downham Moor to the Scout Cairn. My route back was the path down Worston Moor and Burst Clough to West Lane and I then followed this quiet road to Downham.
Route map 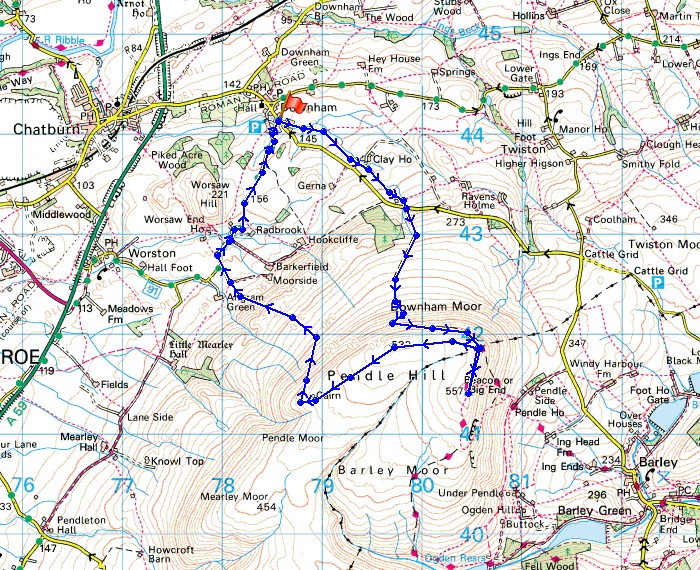 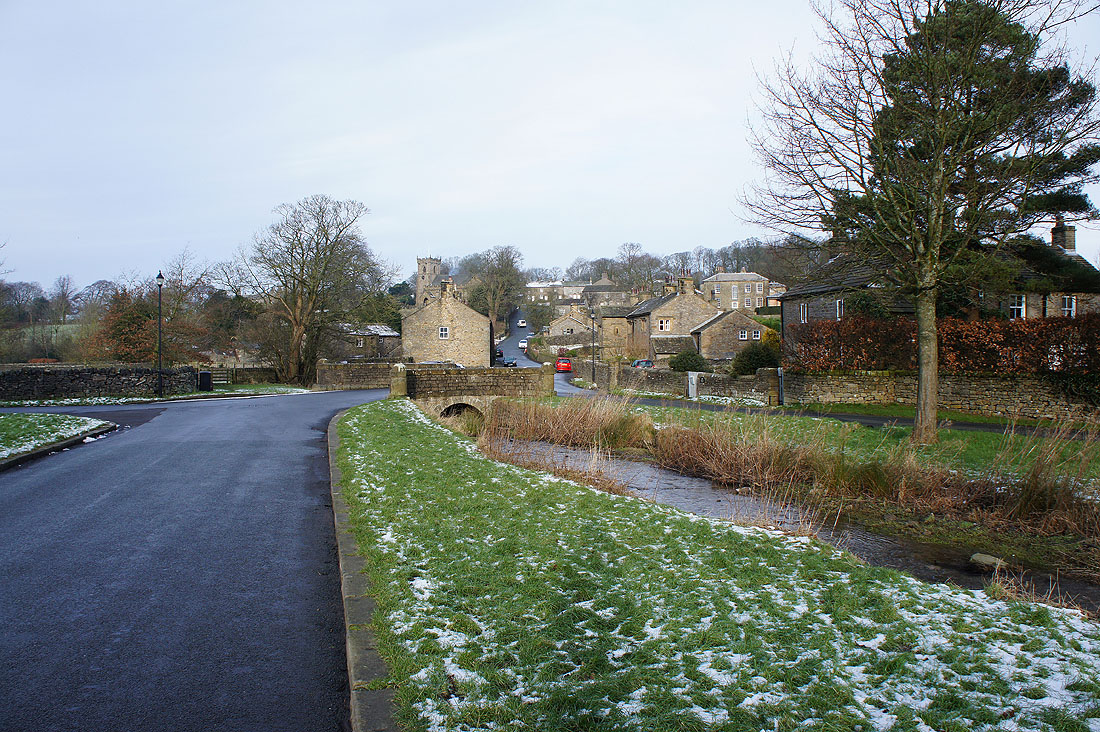 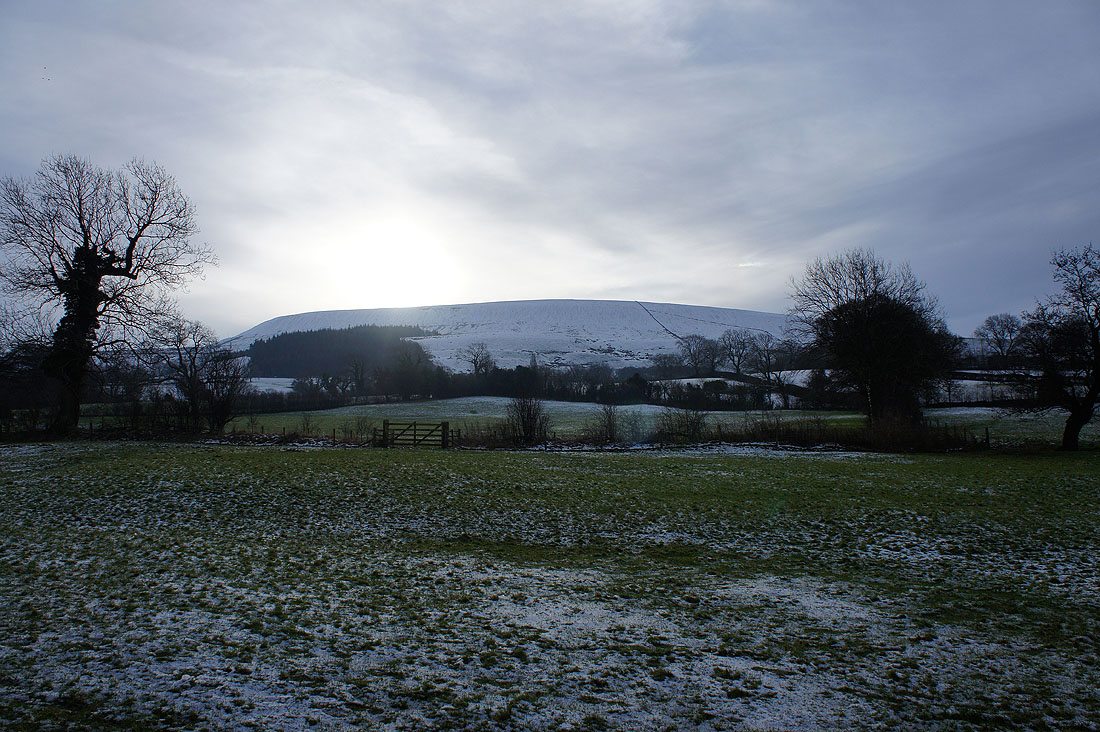 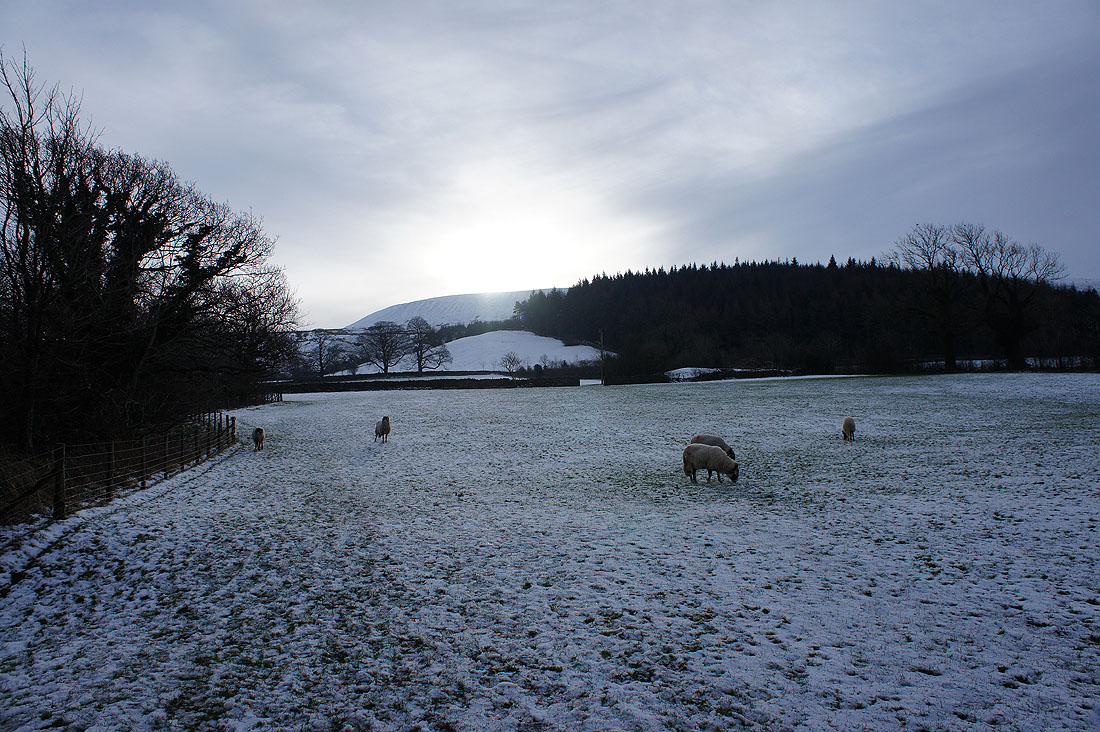 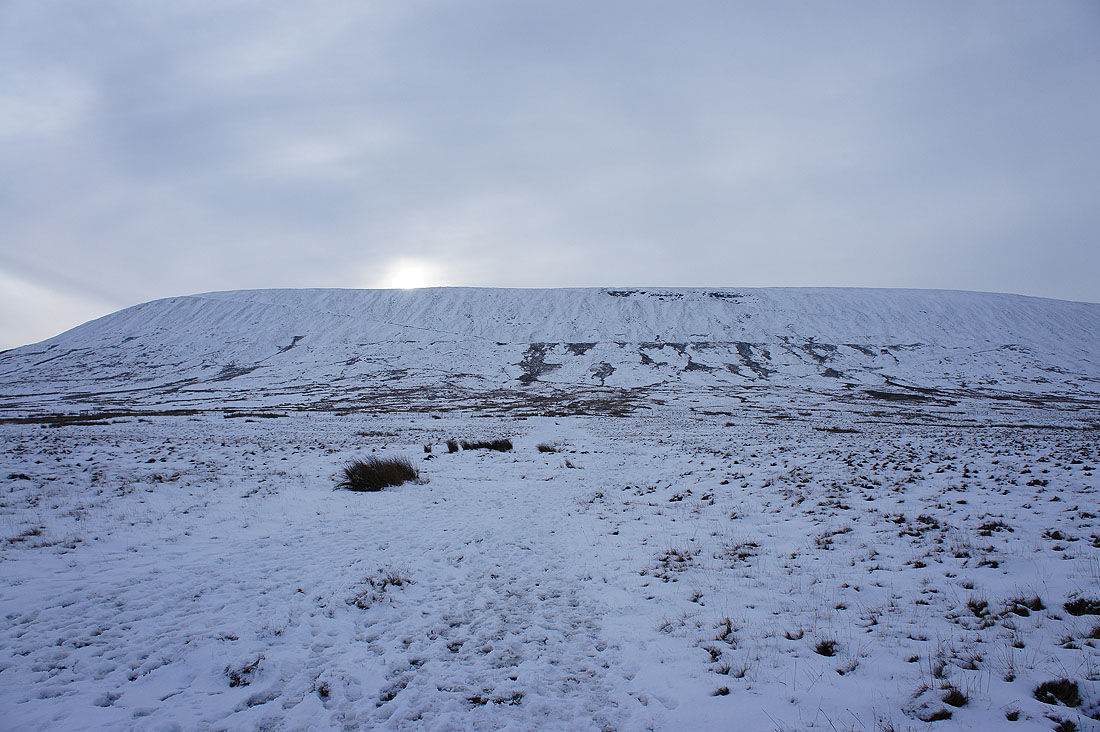 I've crossed the Pendle Road to start the climb.. 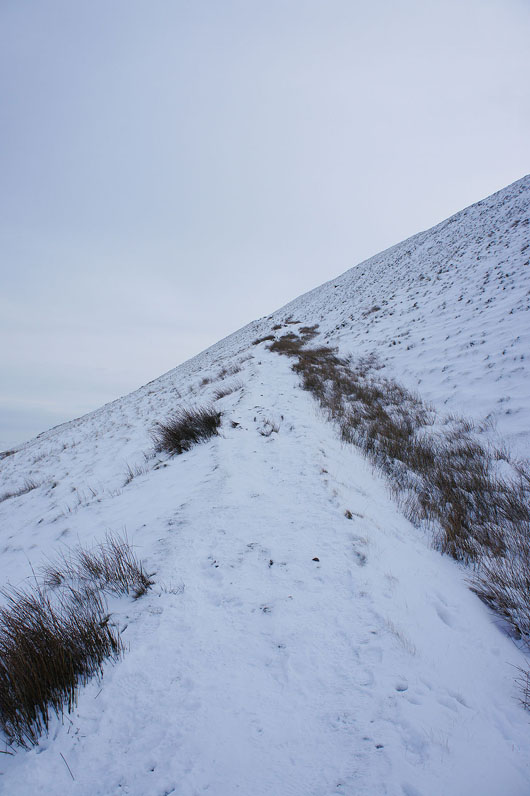 ..up the steep zig-zag path. I had my microspikes with me, so I decided to put them on to be on the safe side. 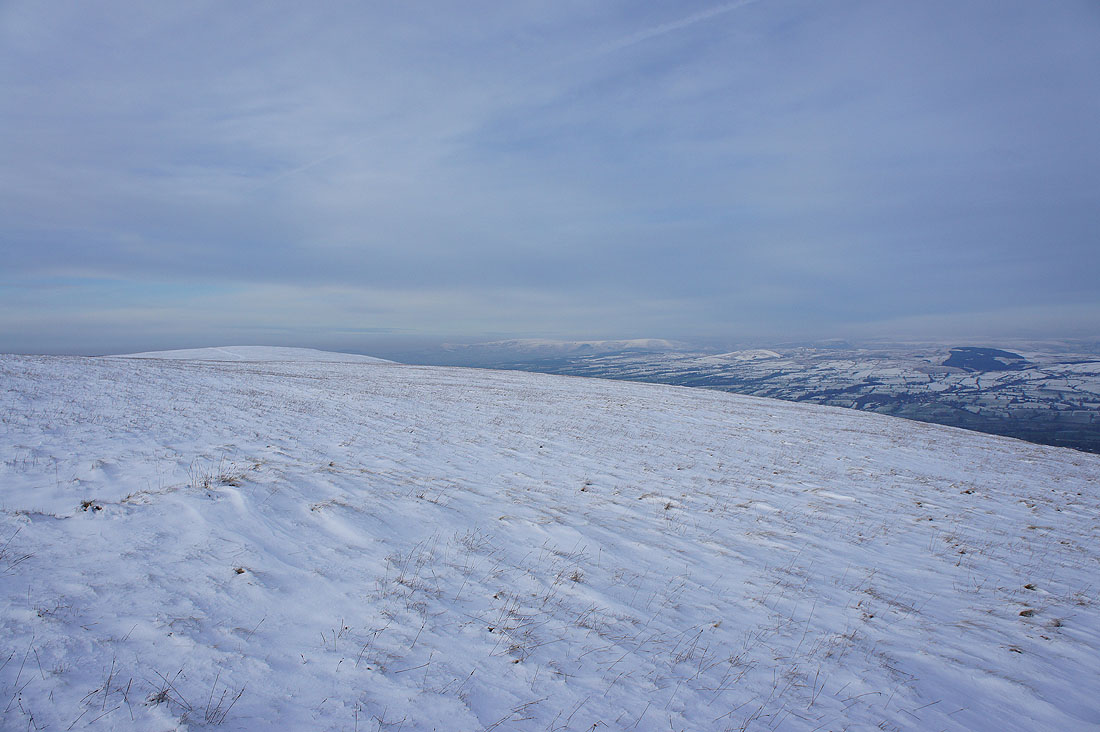 Views open up across a snow covered landscape 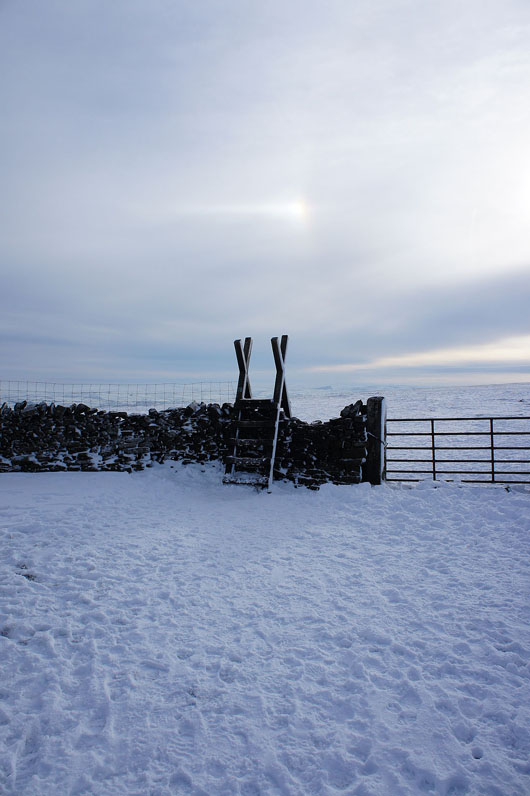 Over the stile and I'll join the path up from Barley to head for the summit. My camera doesn't seem to have picked it up very well but there was a clear sun dog in the sky above it. 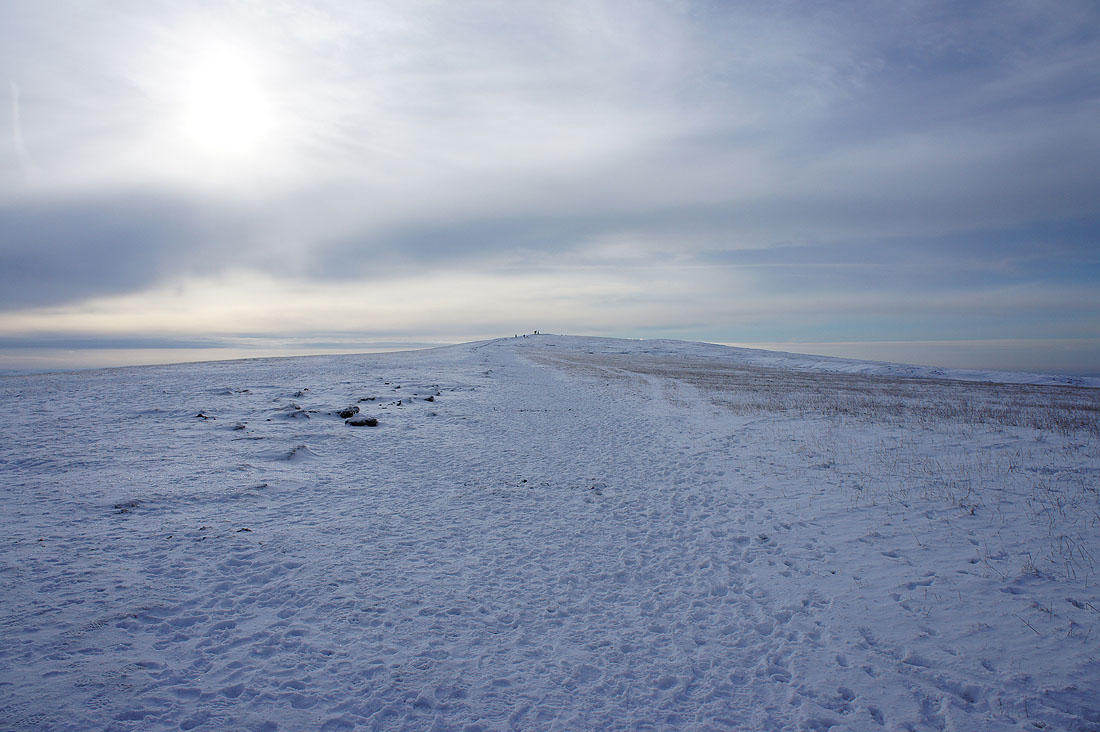 The trig point is in sight 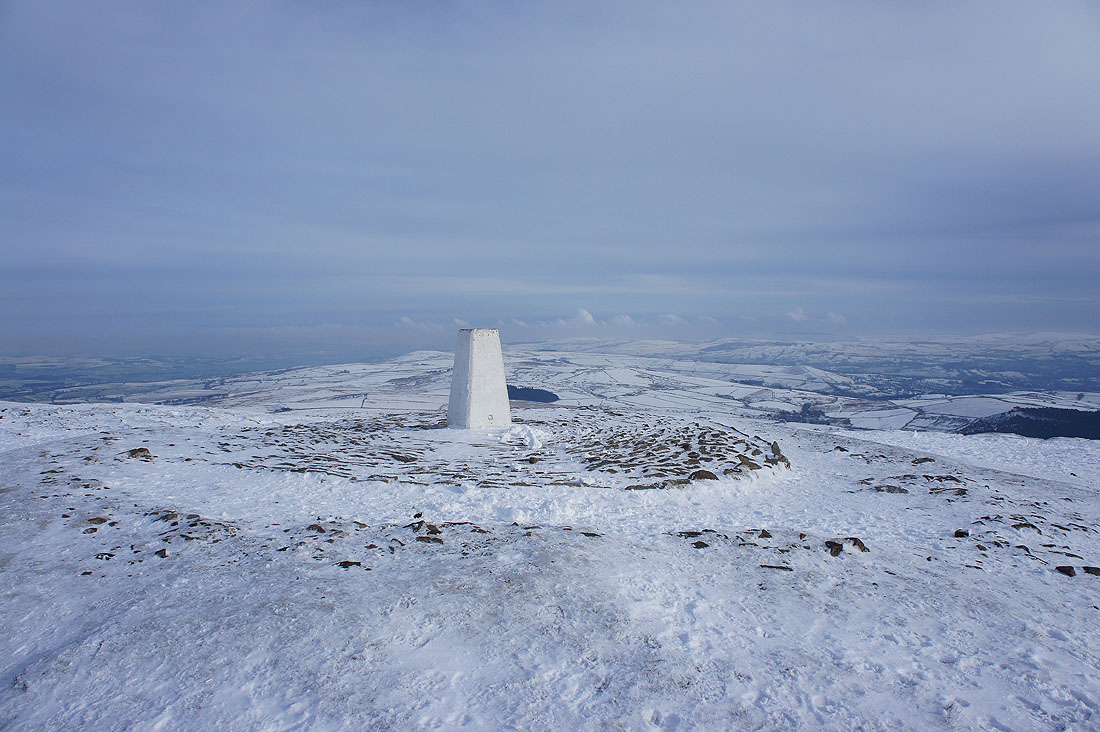 On the summit of Pendle Hill. It's bitterly cold with the brisk breeze that's blowing. 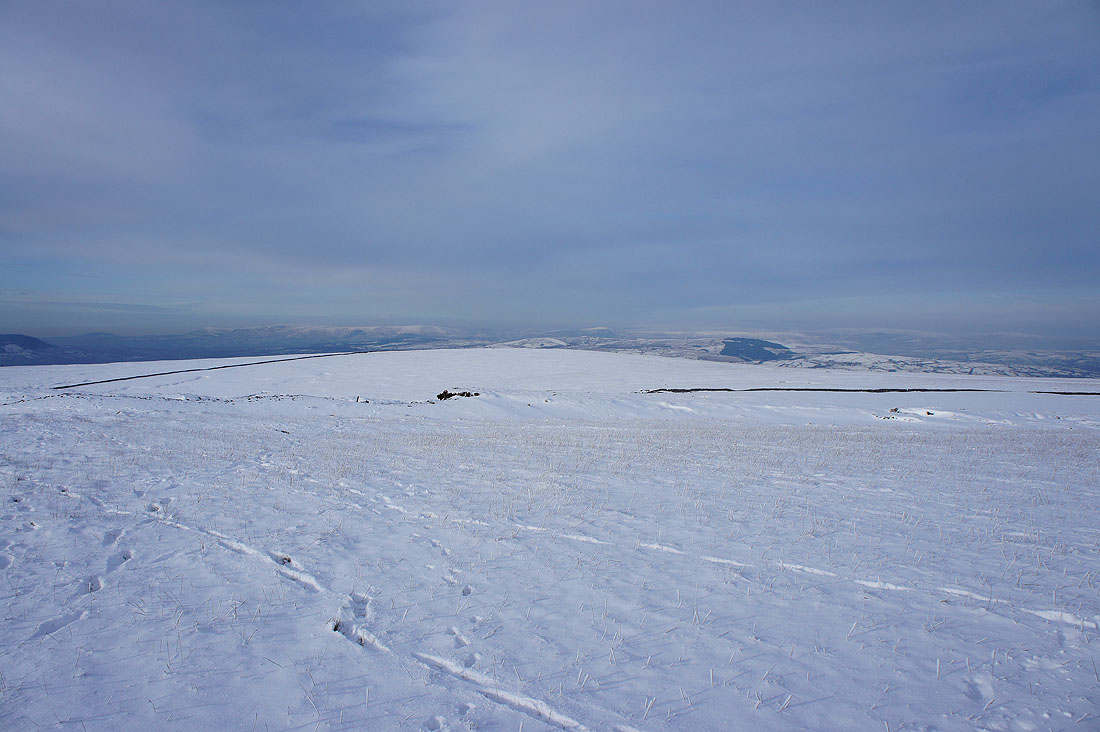 The view from Pendle Hill. There's a bit of haze limiting the visibility depending on which way I look. The fells of the Forest of Bowland in the distance. 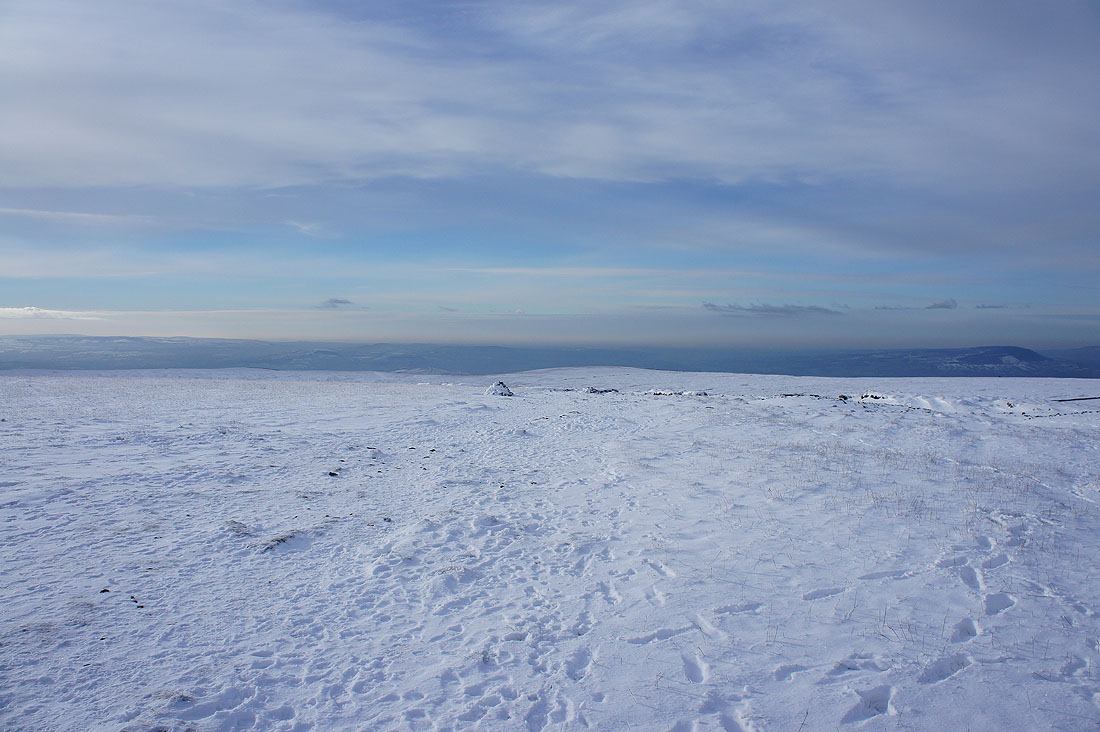 Looking towards the Ribble valley. There's no snow down there, it's too low lying. That cairn marks the route up from Ogden Clough. 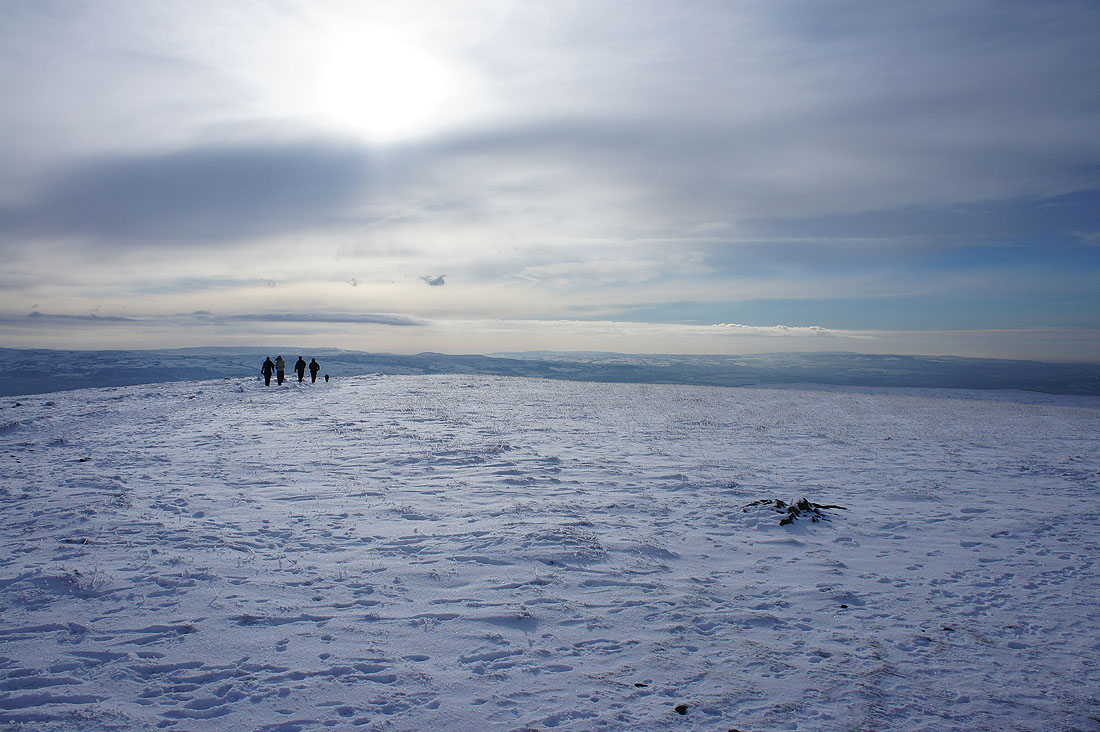 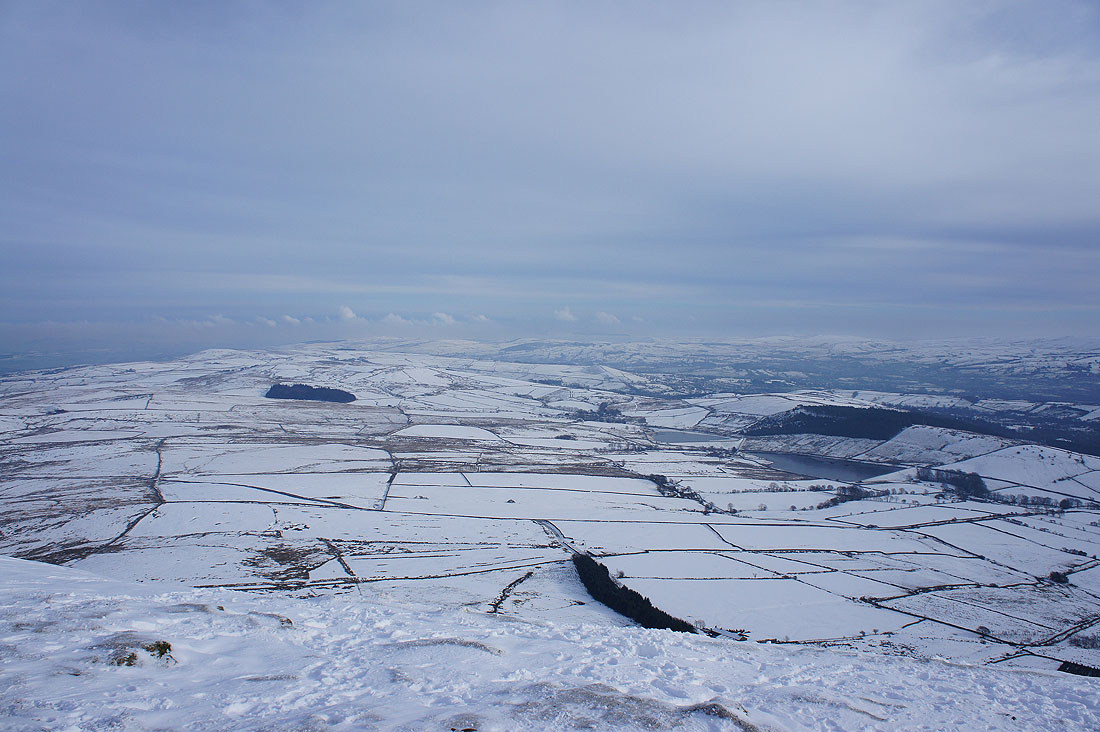 Out to the east the South Pennine hills of Weets Hill, Pinhaw Beacon and Wolf Stones plus the two Black Moss Reservoirs 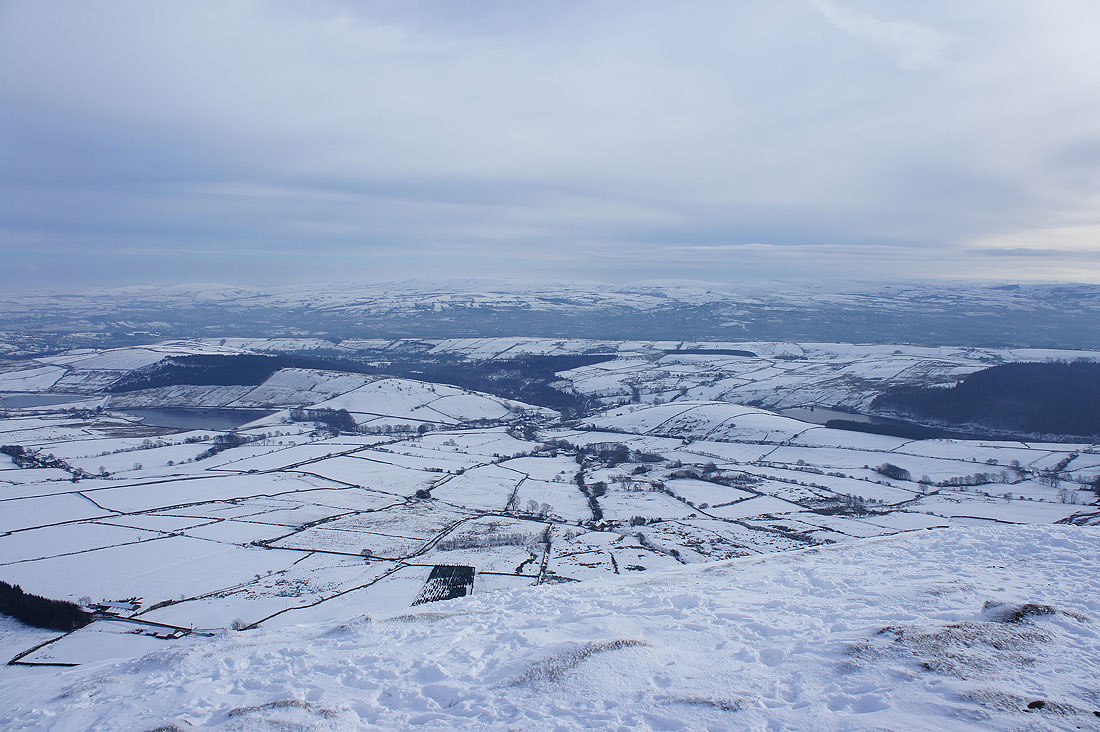 The village of Barley below surrounded by snow covered fields 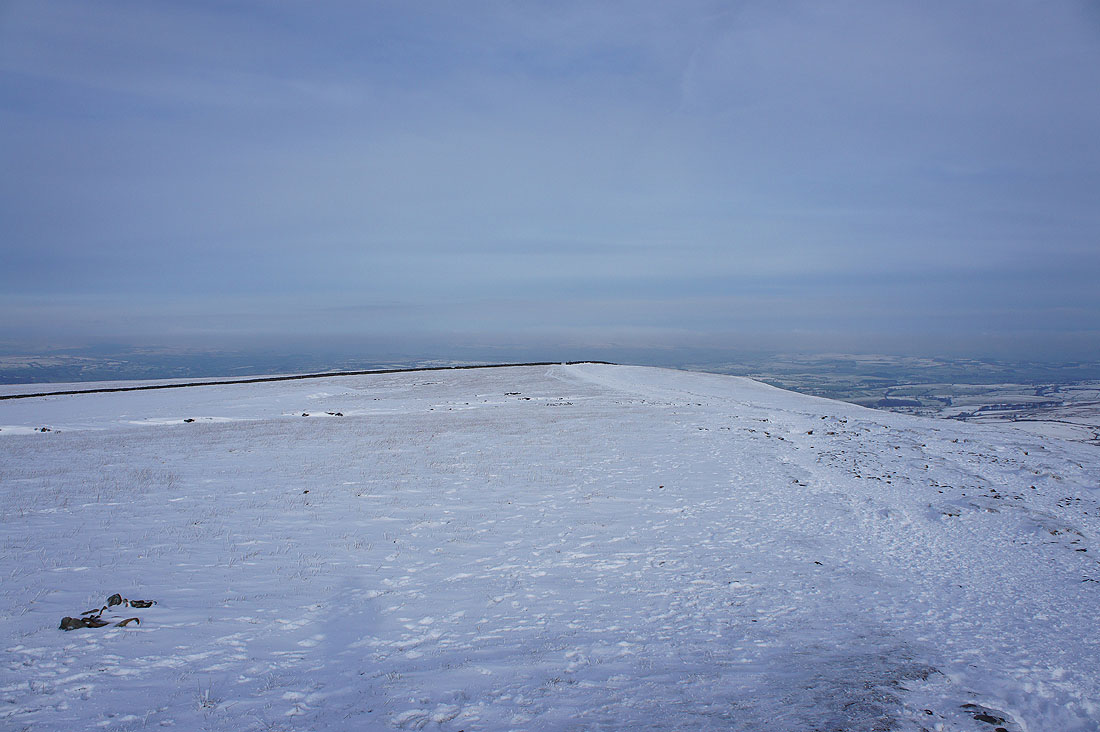 Heading back to the ladder stile for the return to Downham 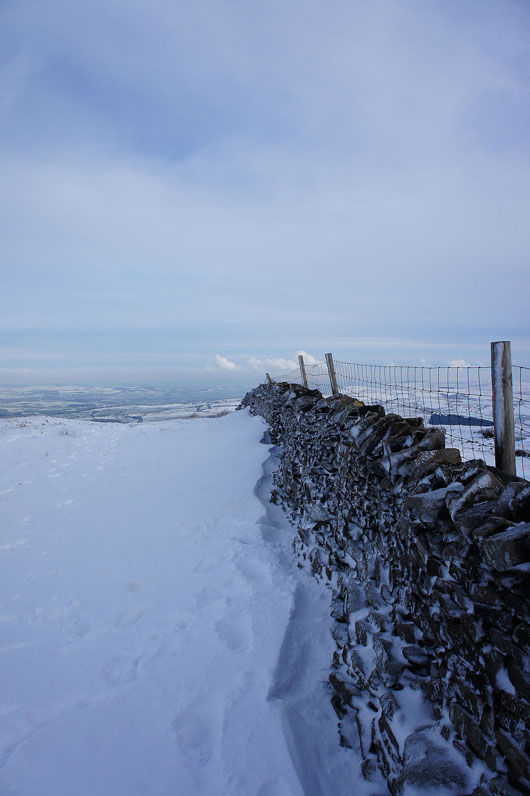 Thank goodness I carry a mat with me. At least I was out of the wind while I had my lunch behind this wall. 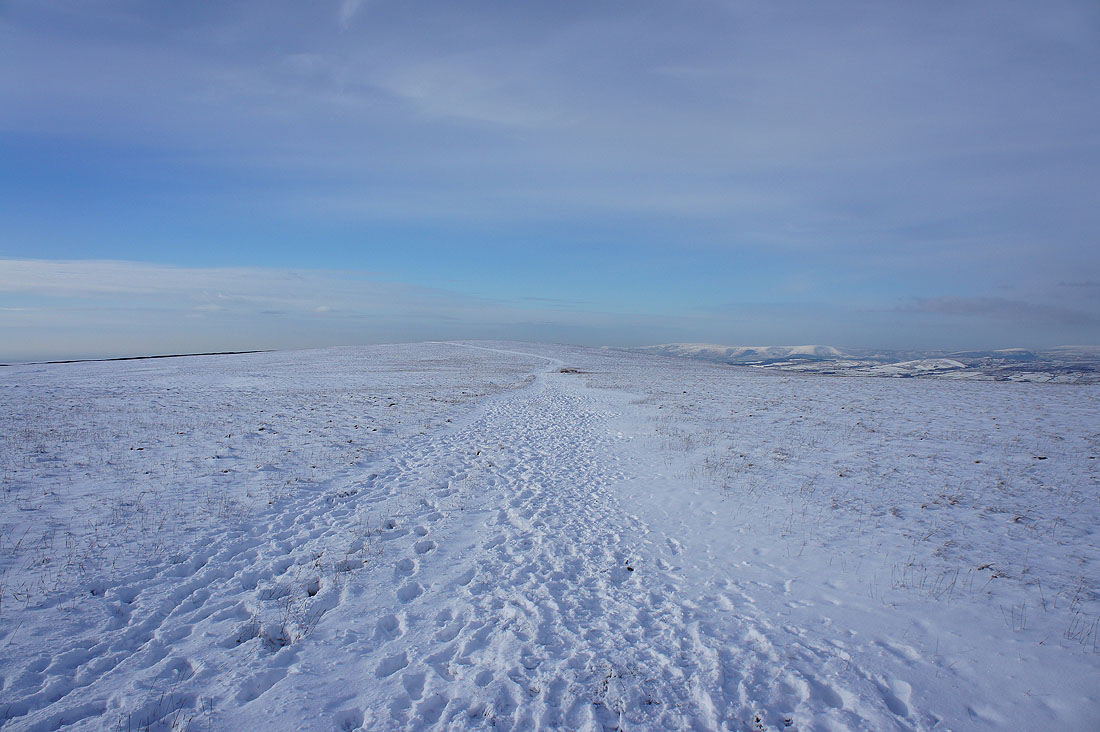 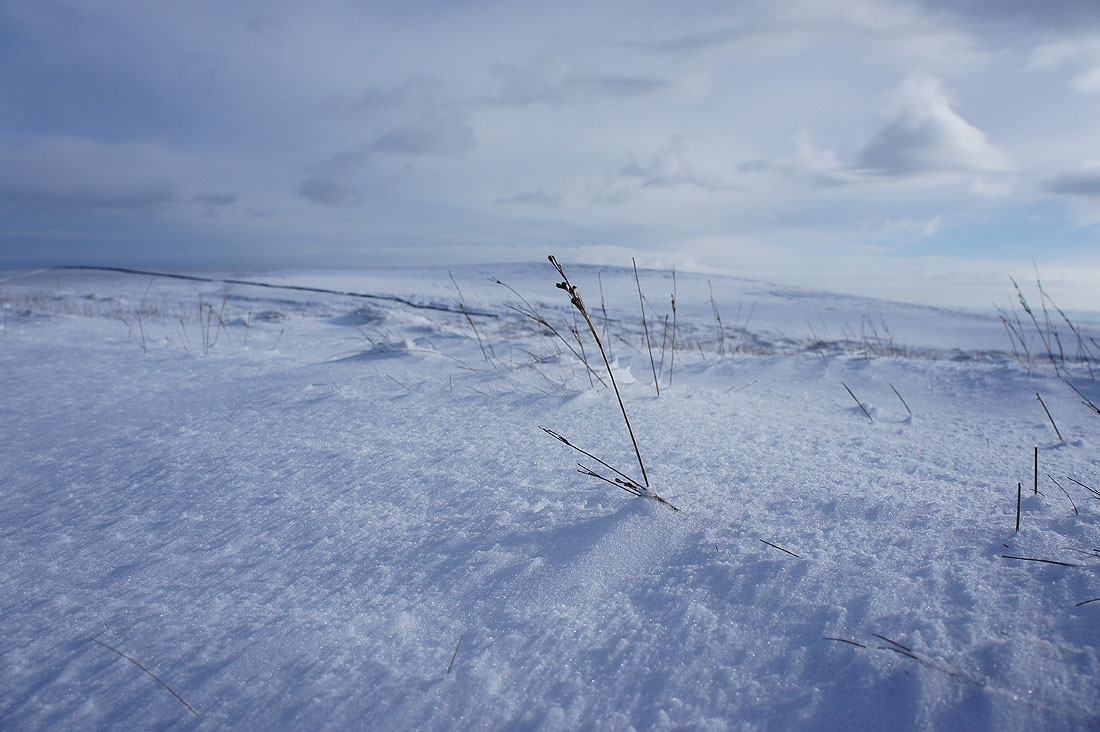 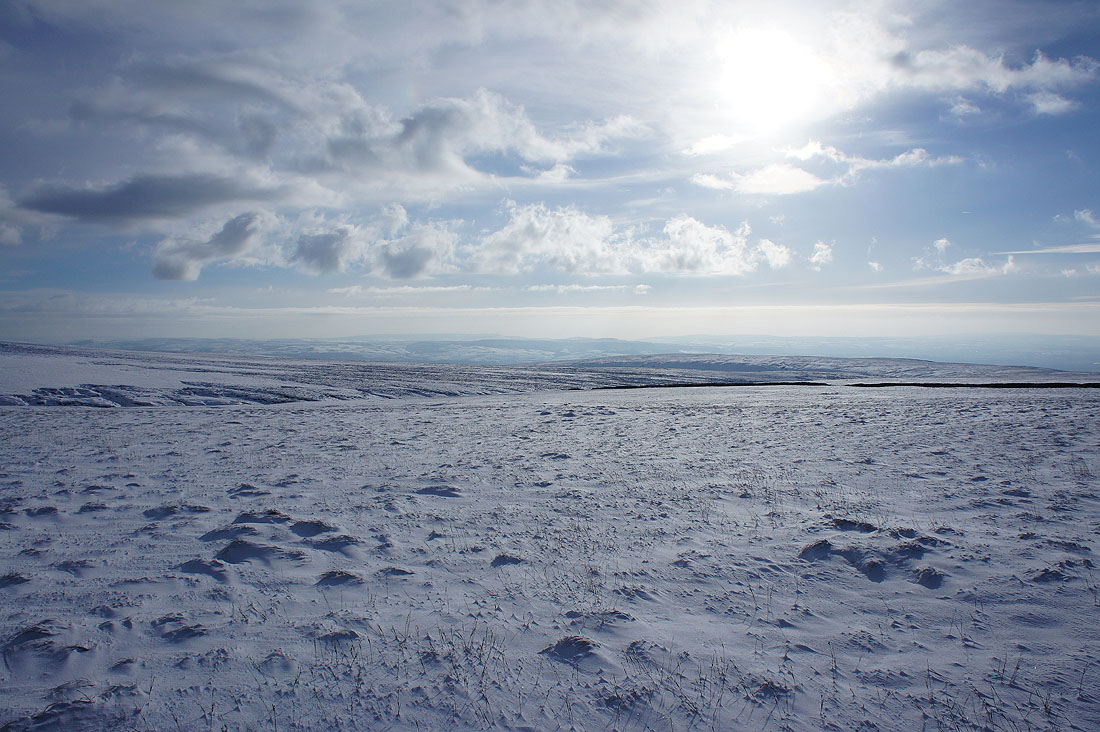 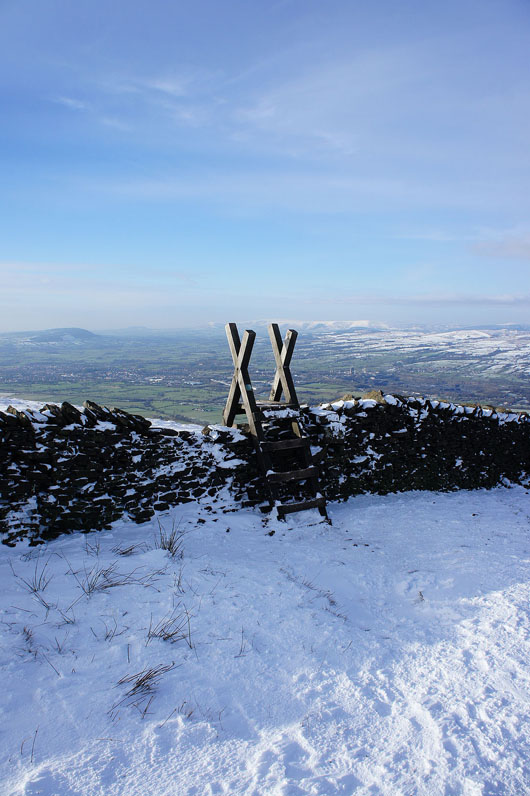 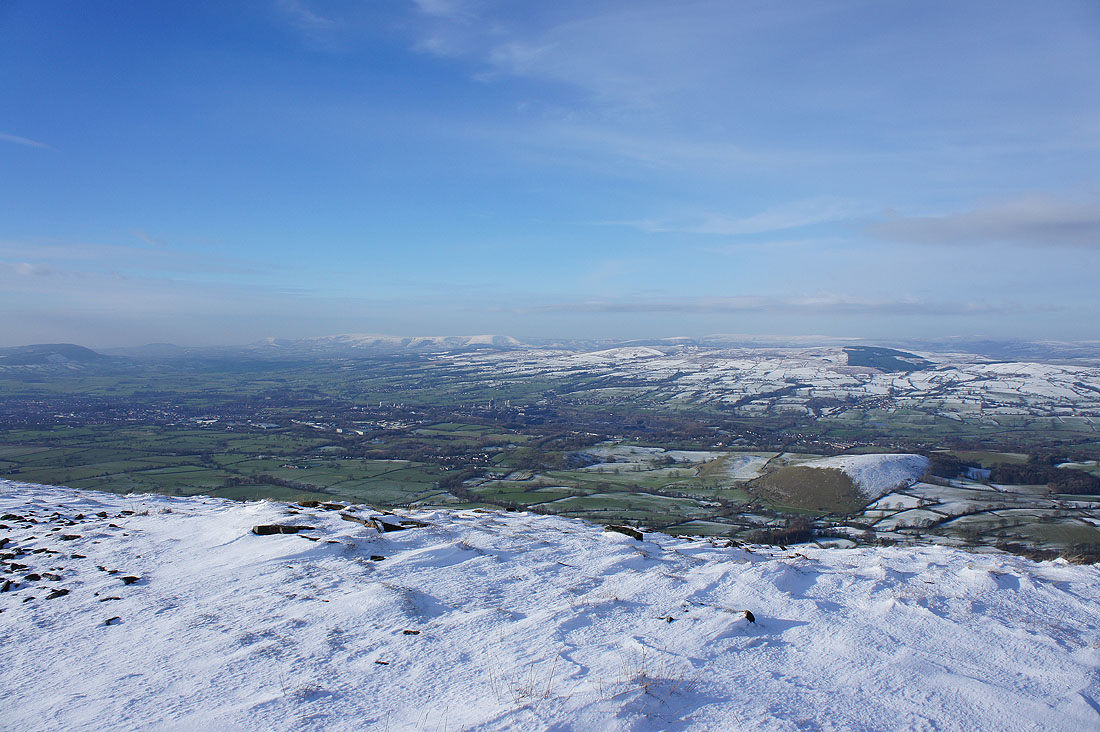 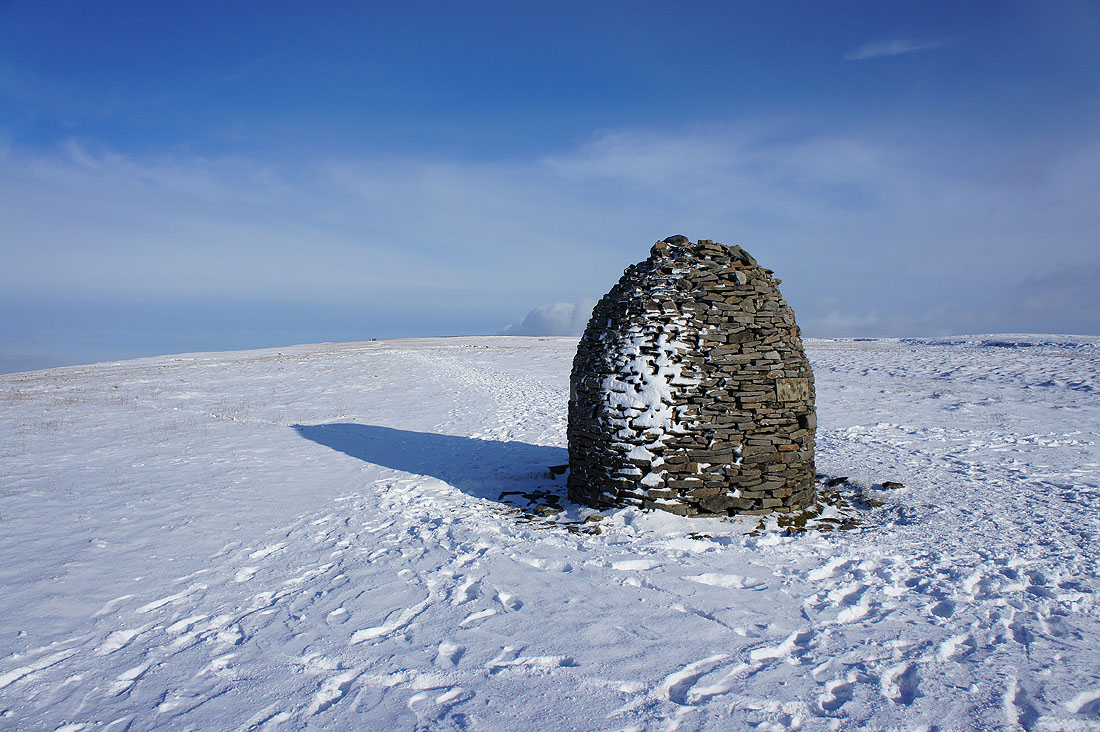 The Scout Cairn. It's my cue to head downhill. 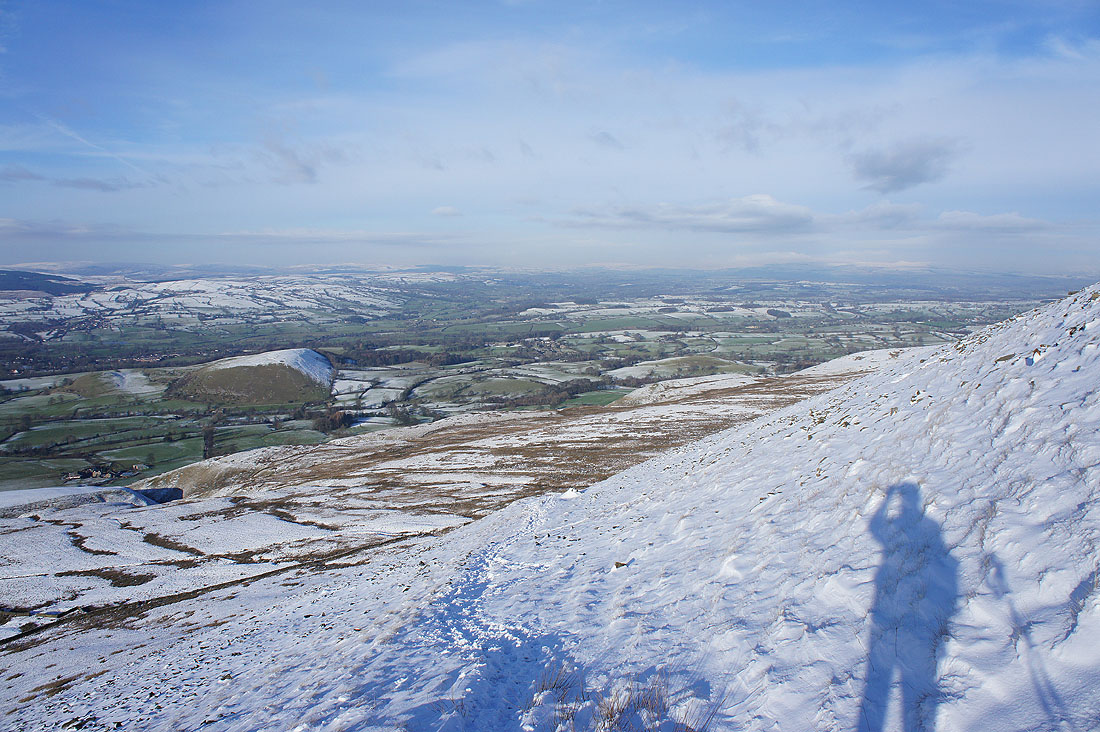 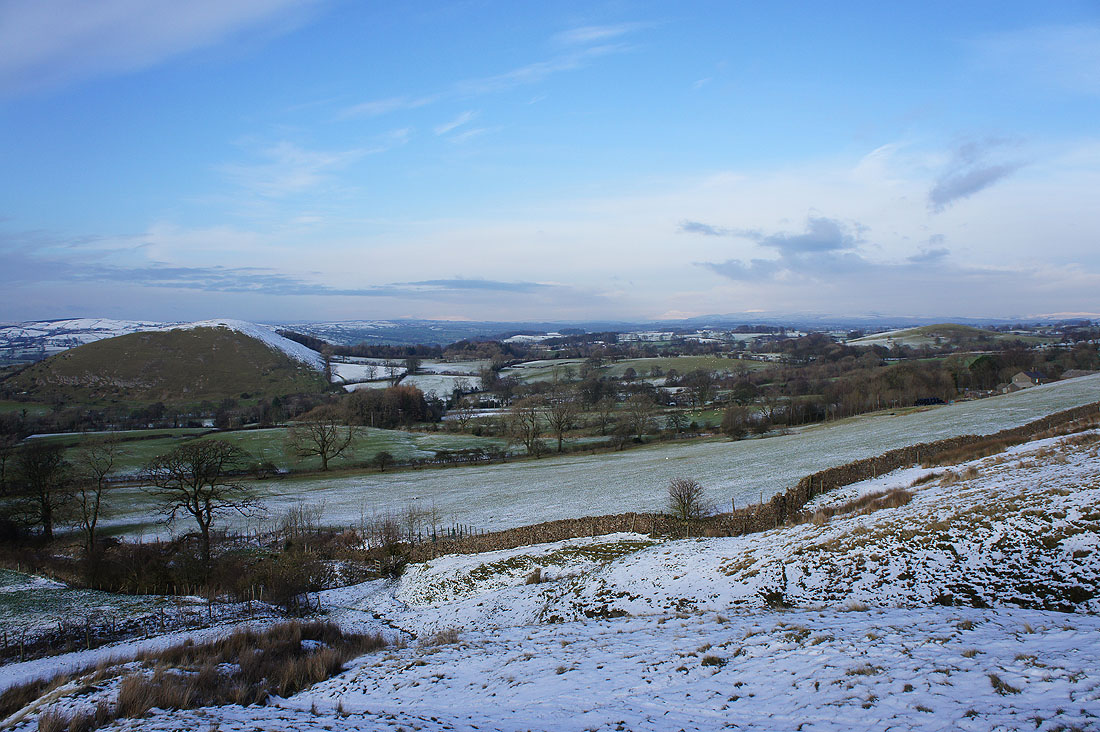 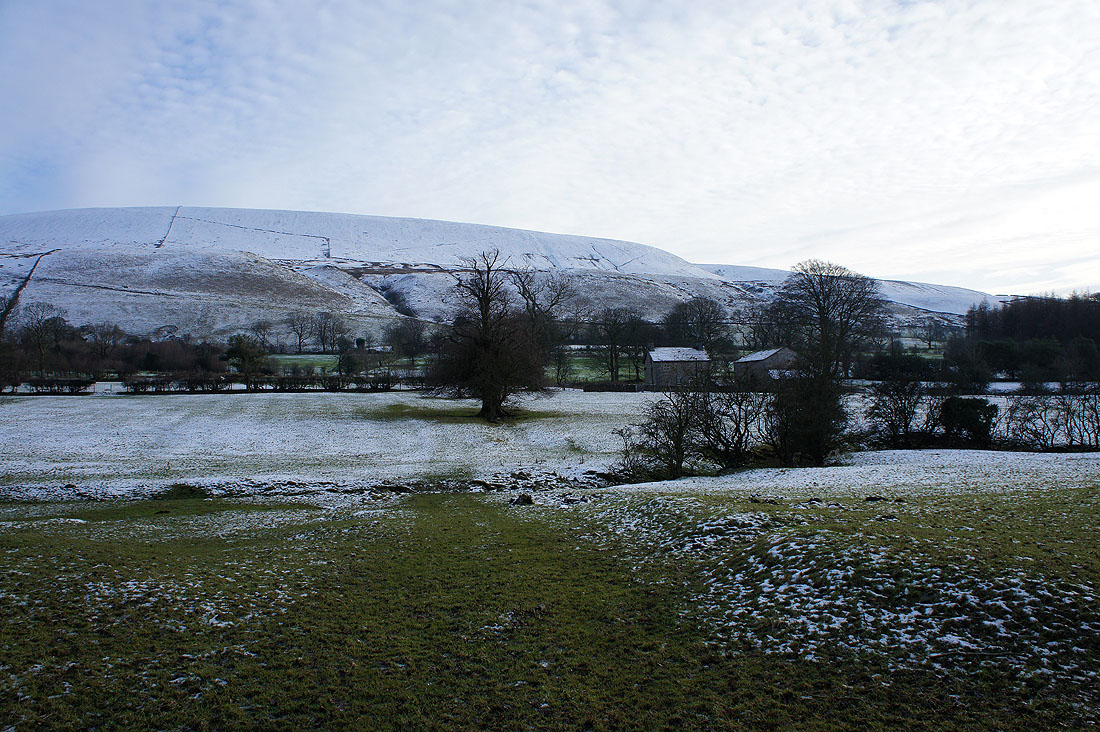 The snowy slopes of Pendle Hill from West Lane 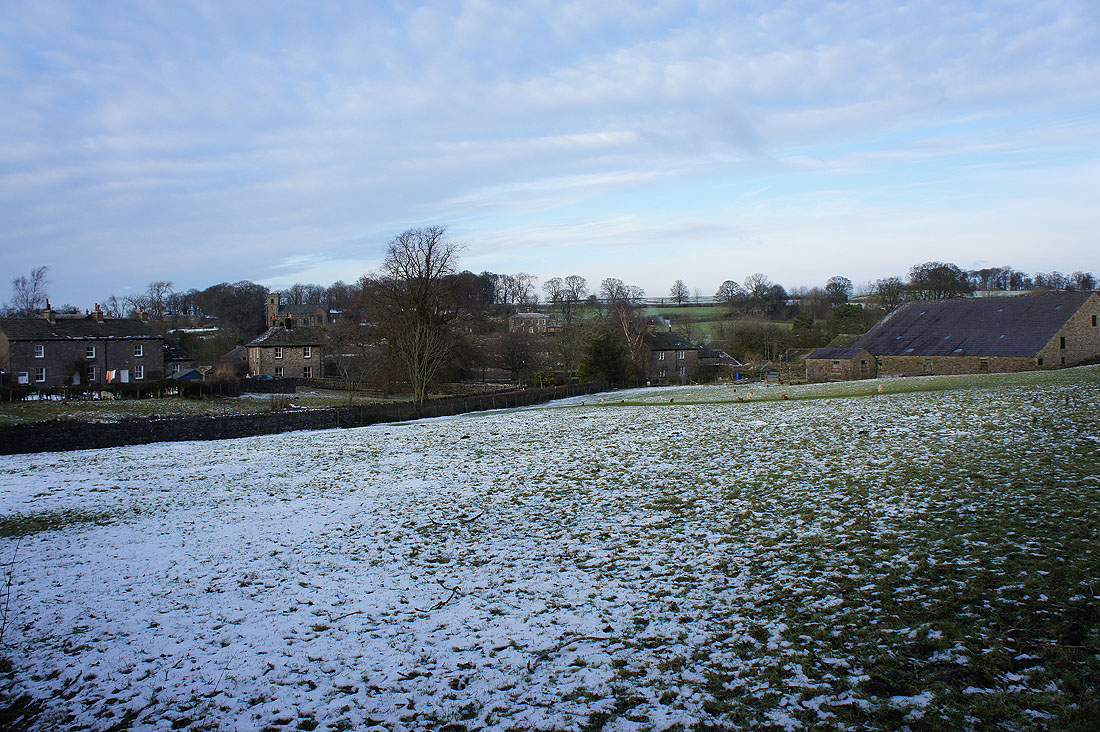 Back in Downham
Return to HOME
Return to Forest of Bowland, Pendle & West Pennine Moors Walks
Return to Walking Diary 2015