I fancied doing a walk in the Lakes today and in keeping with my ambition of completing a second round of Wainwrights I went somewhere that I haven't been to in years. Looking back, the last time I did a walk from Grasmere was 2009 and the last and only time I visited the Wainwrights of Blea Rigg and Silver How was 2006 when I walked back to Grasmere along the ridge after doing the Langdale Pikes. How time flies. It was quite a nice day weather wise with some good sunny spells though there was a cold wind and the odd brief wintry shower passed through.

After parking in the layby on the A591 outside Grasmere I crossed the road and took the footpath into the village. I decided to visit Sarah Nelson's to buy some gingerbread (a bit of a treat and who knows when I'll next have the opportunity).  I then left the village by walking up Easedale Road then onto the bridleway to Easedale Tarn. When I reached Easedale Tarn I took the path that heads uphill to the left of Blea Crag to reach the summit of Blea Rigg. Lunch was had in the shelter of a crag, after which it was time to walk the ridge to Silver How. Several of the many lumps and bumps were scaled along the way. My route of descent from Silver How was the path across Wray Gill and then down to the Allan Bank estate. I then had a walk through Grasmere to where I was parked.
Route map 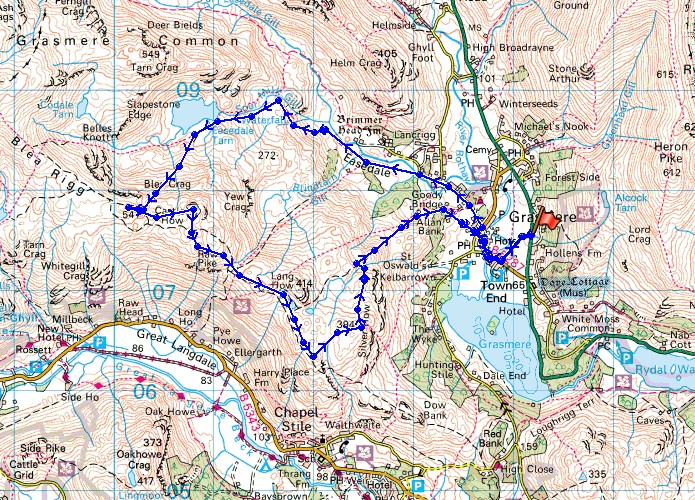 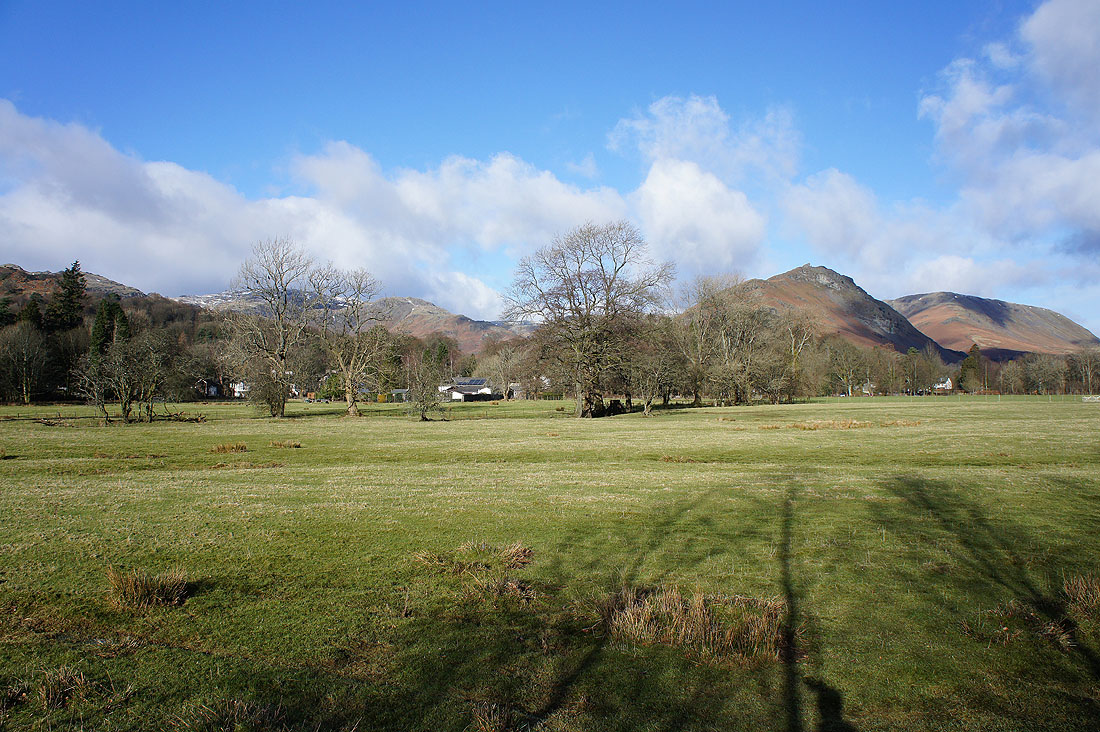 Heading for Grasmere from the layby on the A591 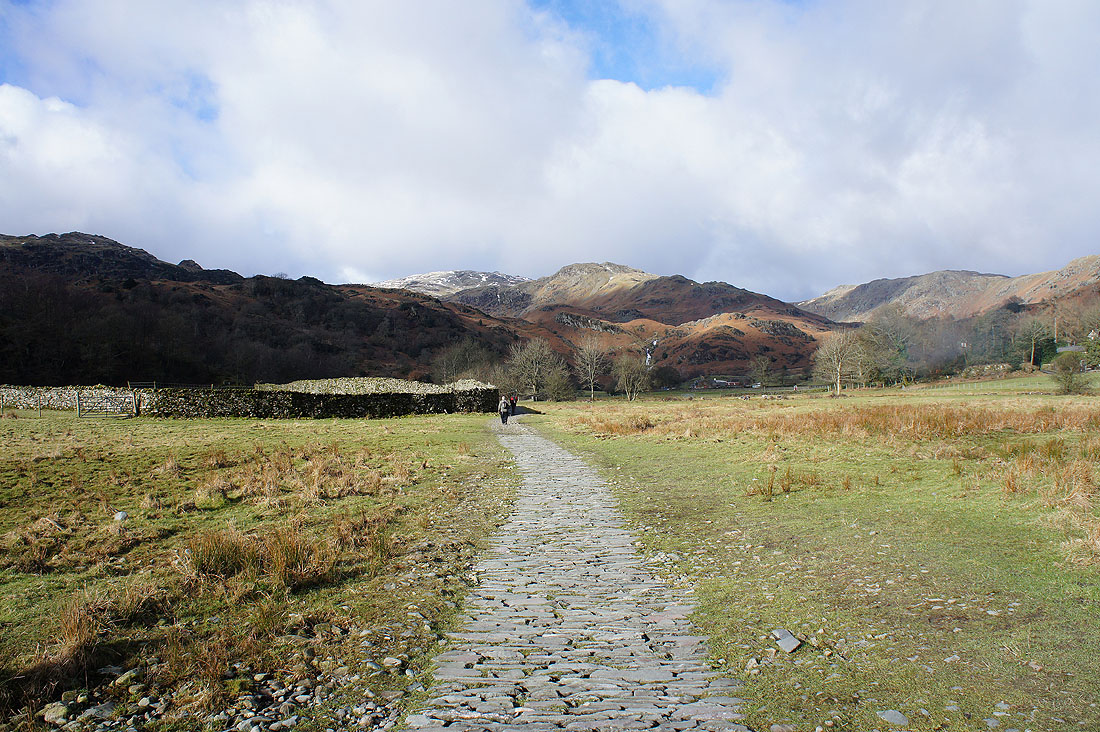 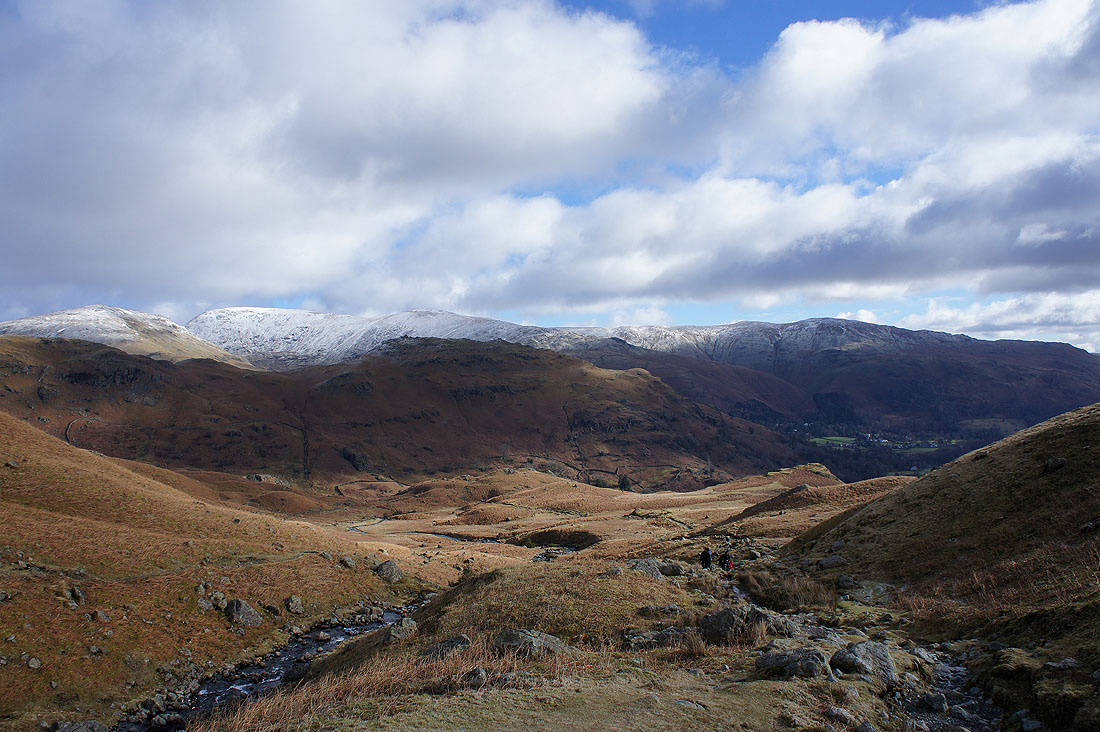 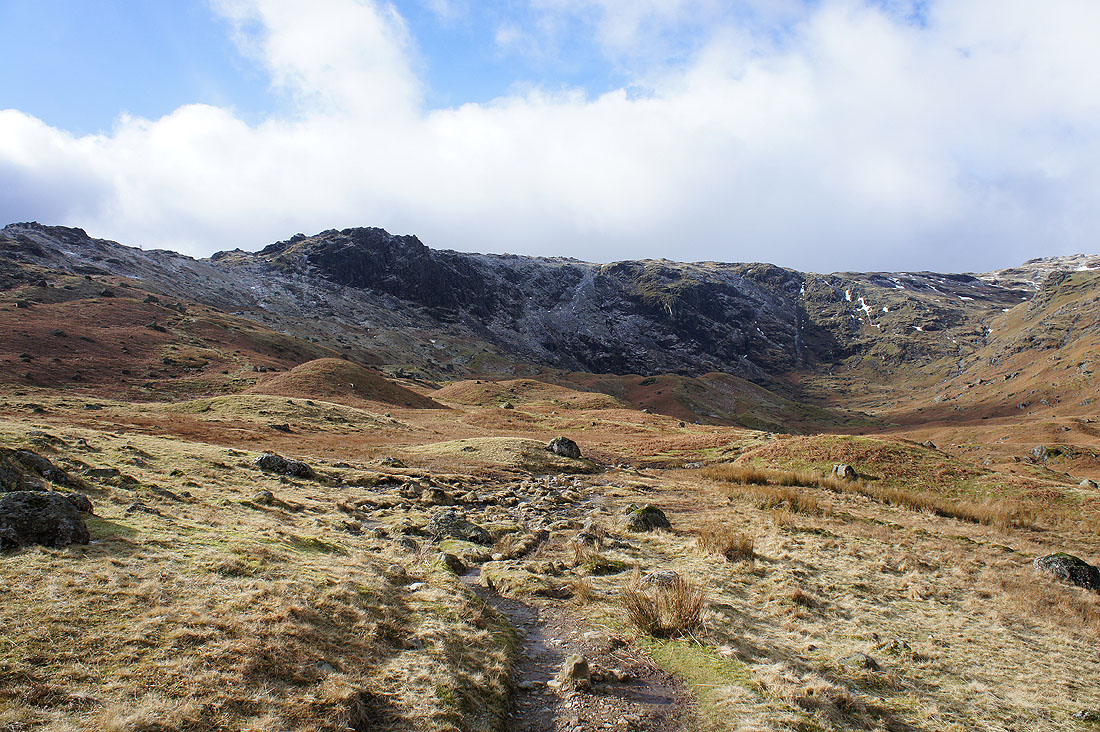 Blea Crag ahead. My route will take me up a path across the hillside to its left. 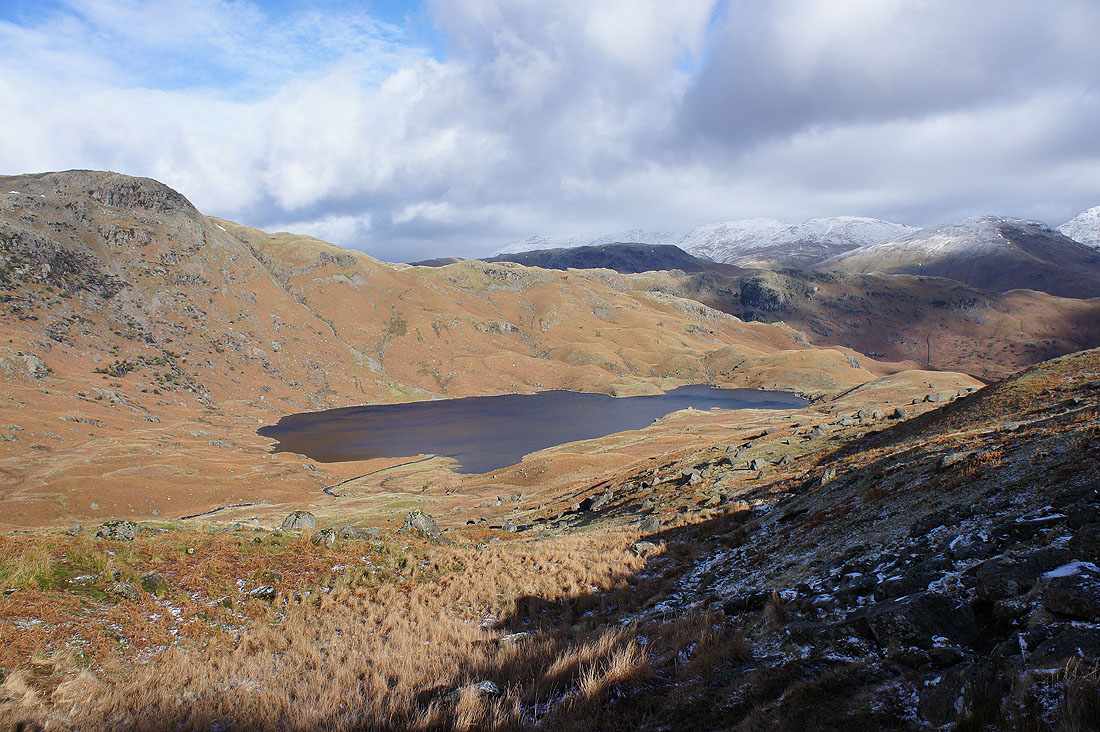 Looking back down on Easedale Tarn 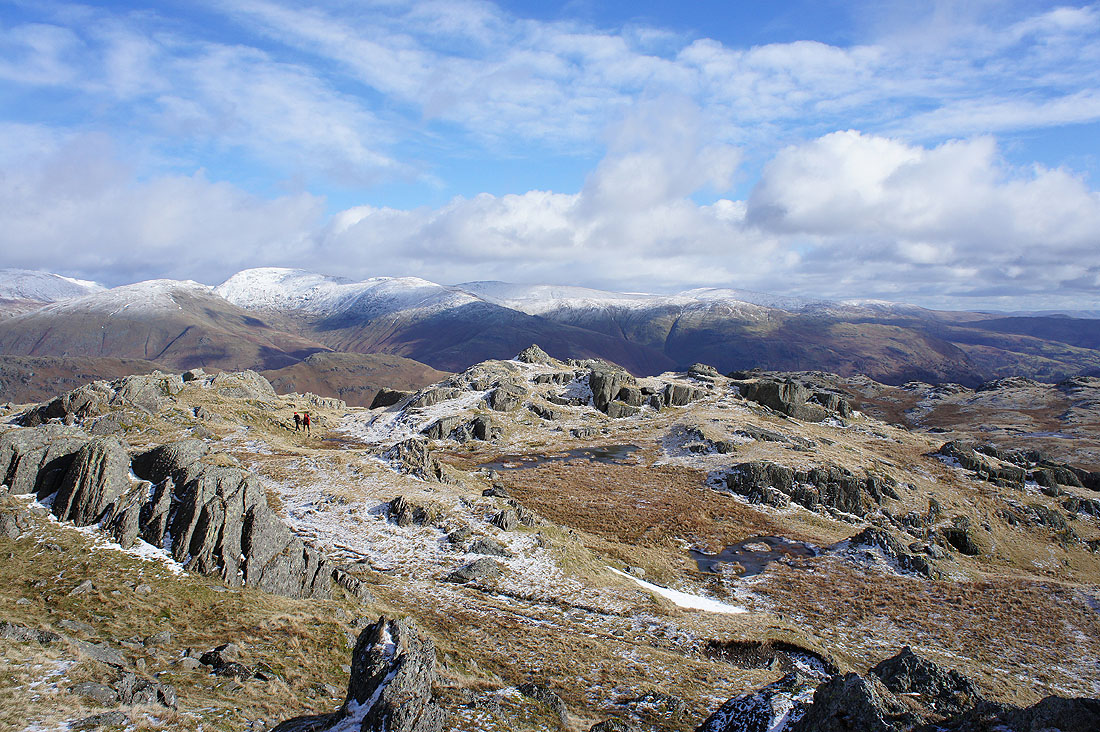 On the "summit" of Blea Rigg. Though it could be that rocky top with the cairn over there, so I paid that a visit too. 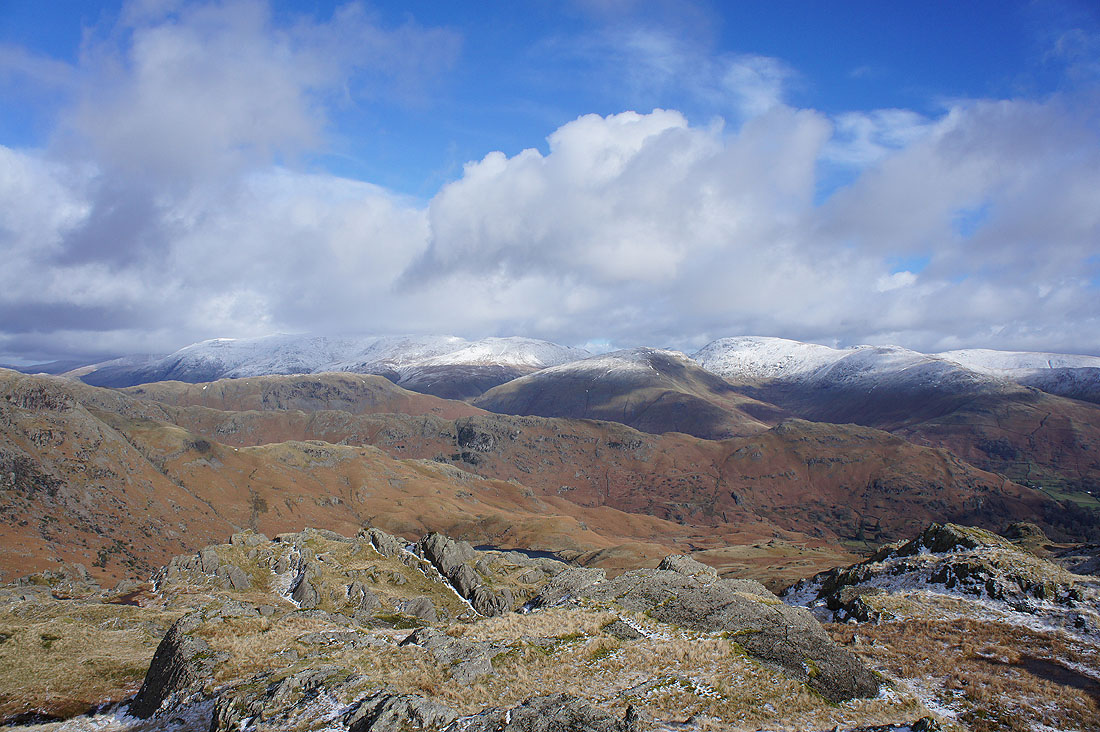 Snow covered Helvellyn and Fairfield from the top with the cairn 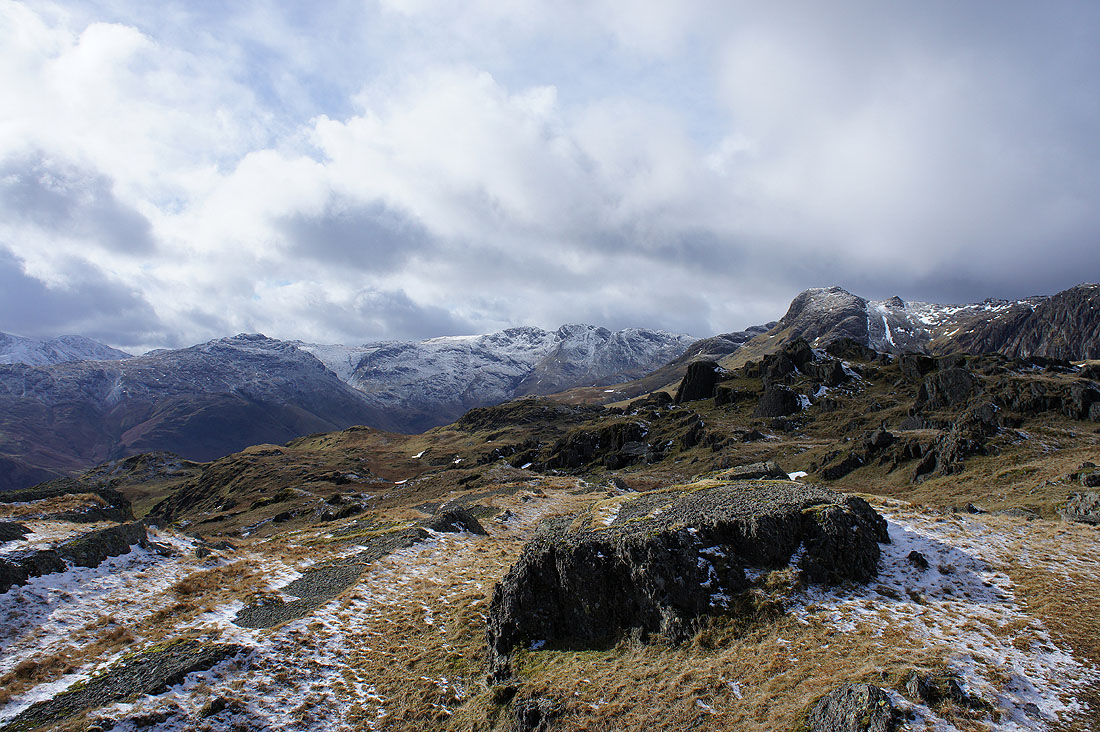 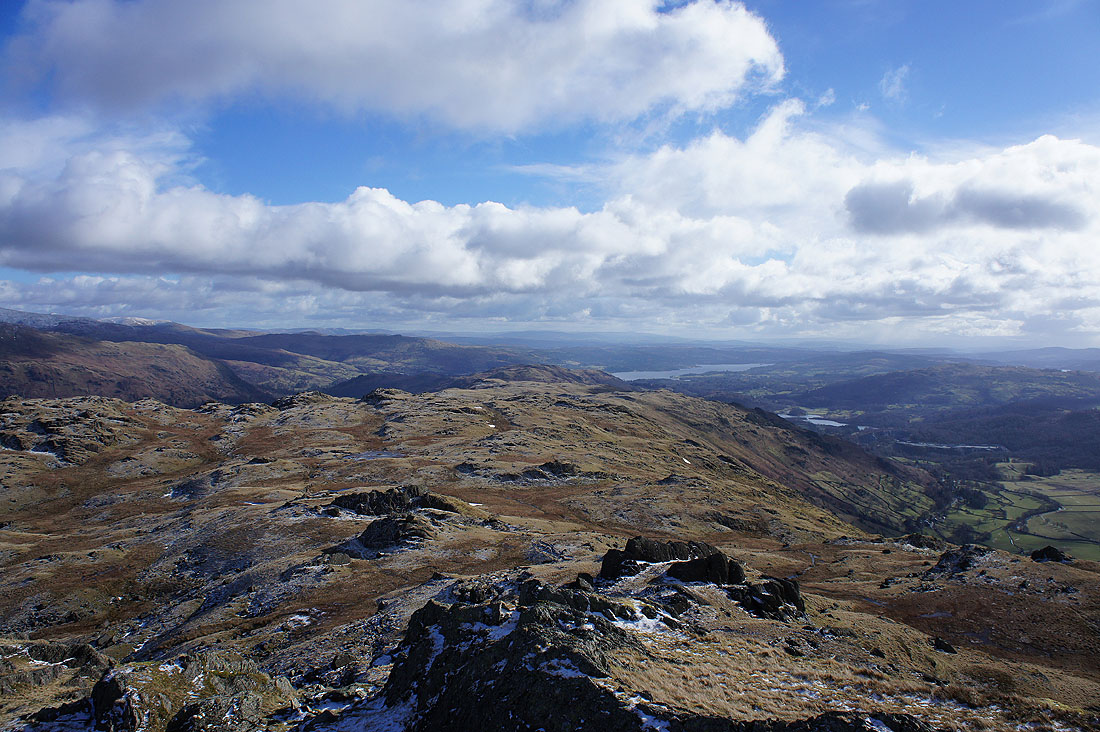 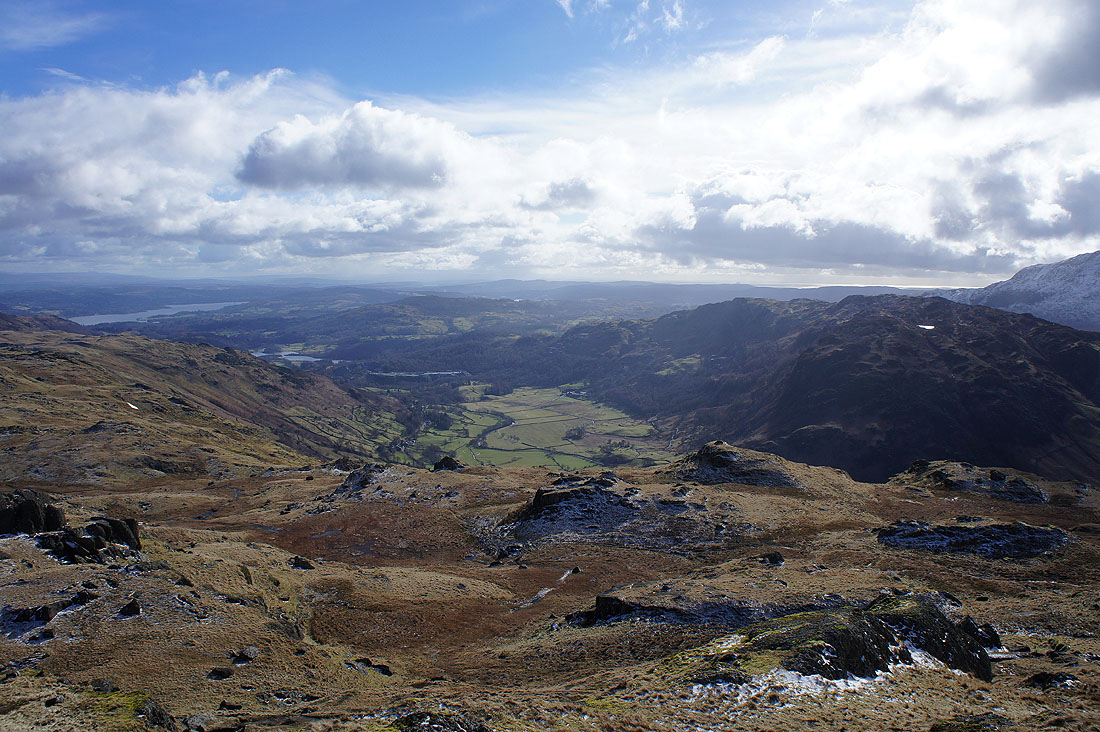 Great Langdale below with Lingmoor Fell on the right 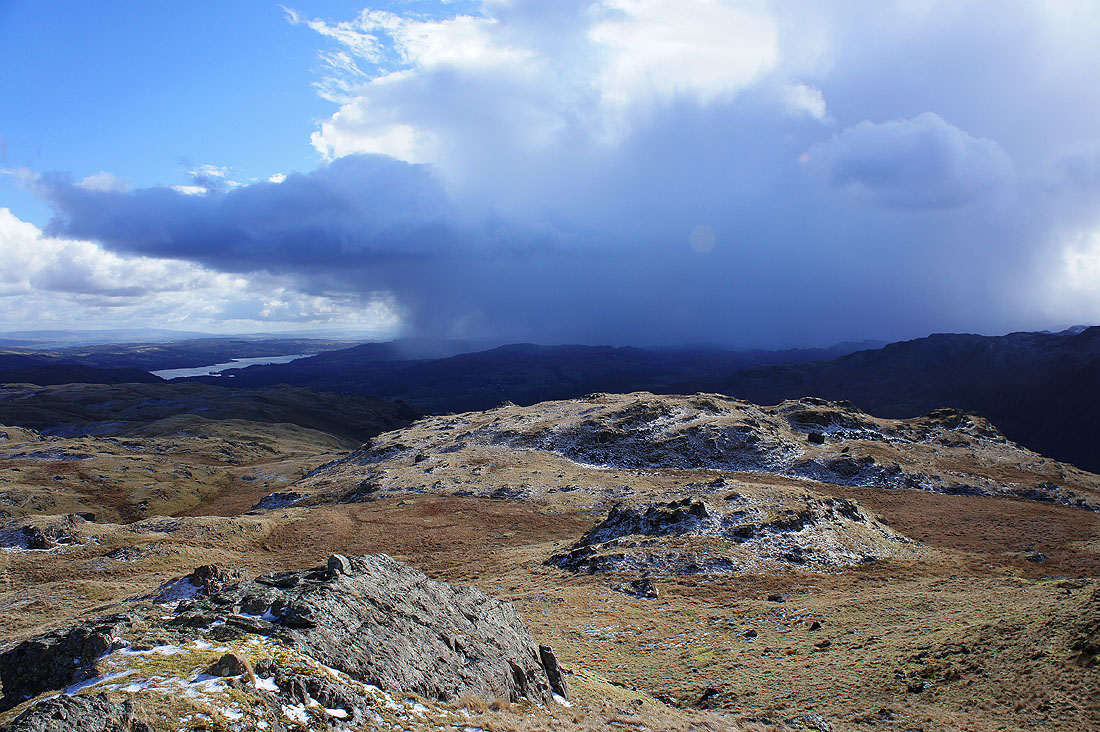 A wintry shower moves away as I reach Little Castle How. Fortunately I was only caught by its edge and it didn't last long. 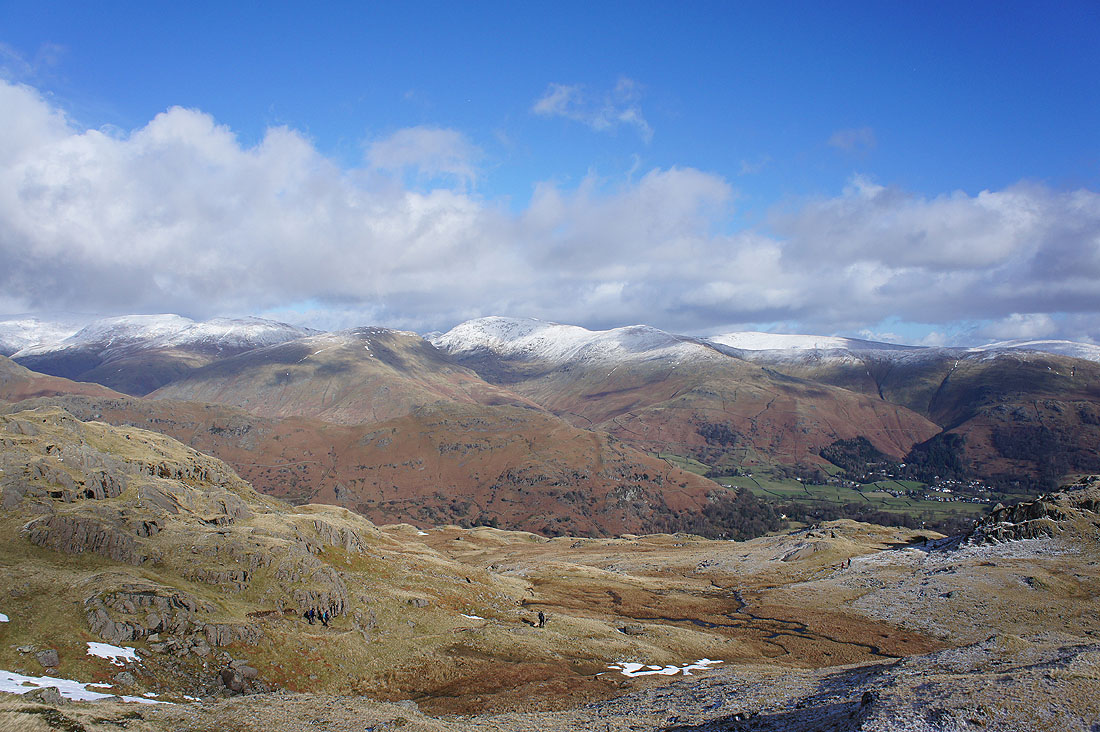 Helvellyn, Seat Sandal, Fairfield, Helm Crag and Grasmere with the boggy depression of Blindtarn Moss below 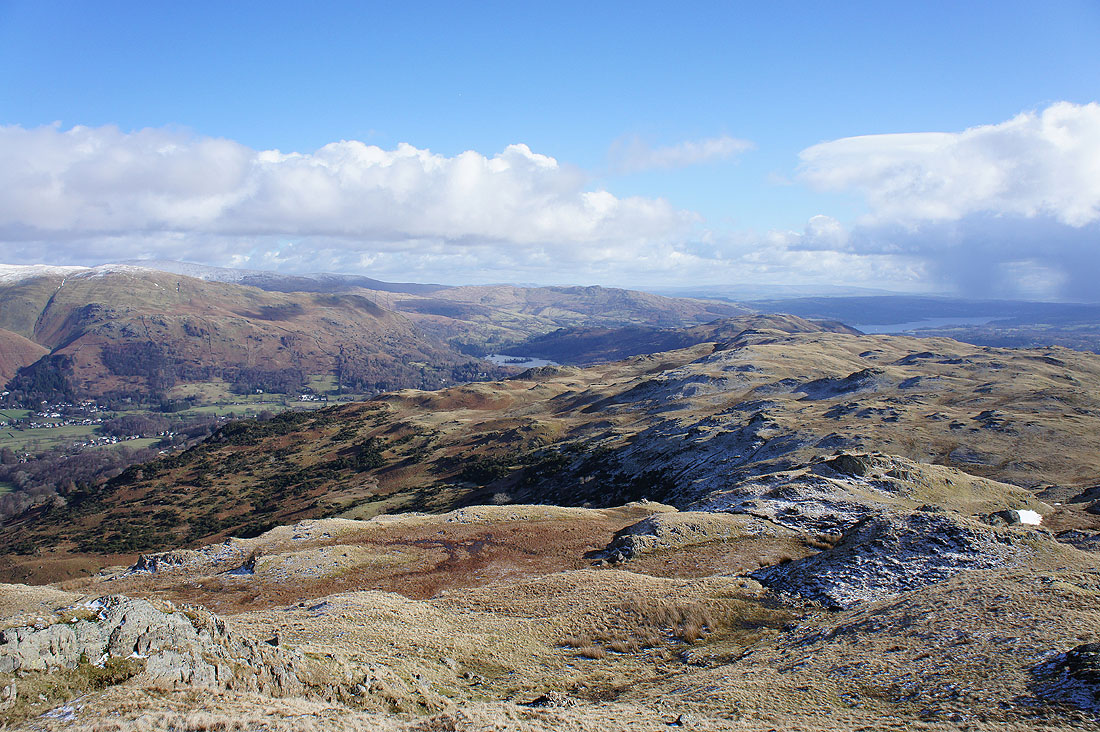 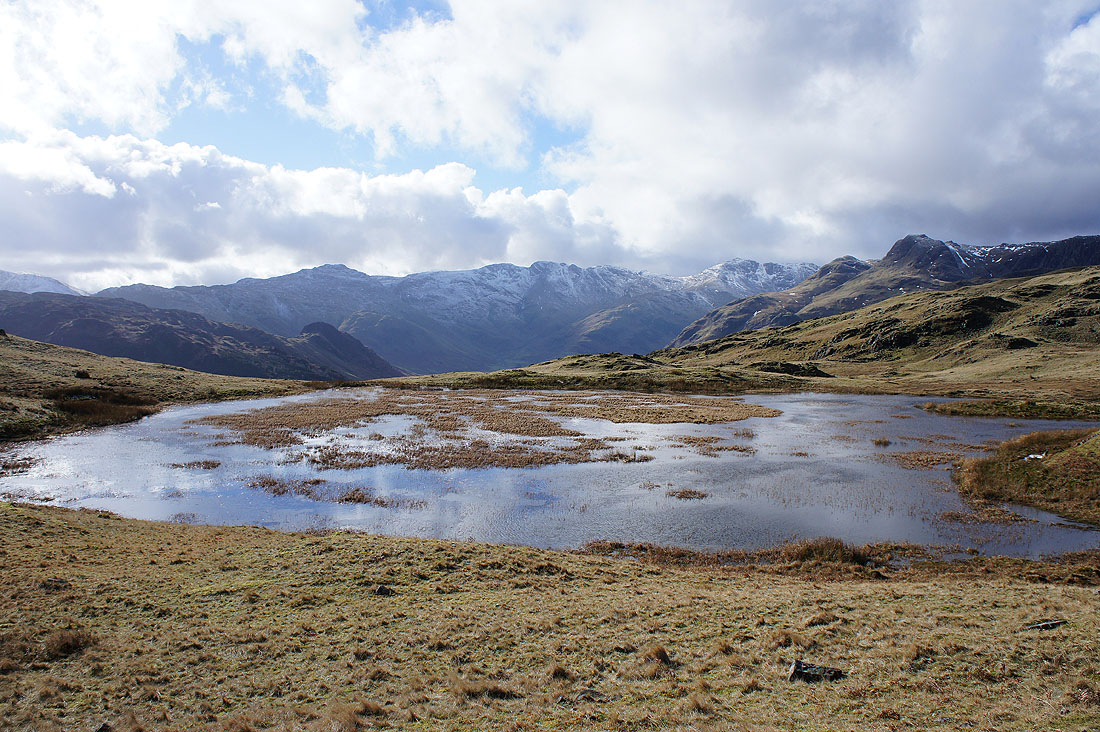 Past Swinescar Hause and I thought this unnamed tarn made a nice foreground for Pike o'Blisco, Crinkle Crags, Bowfell and the Langdale Pikes 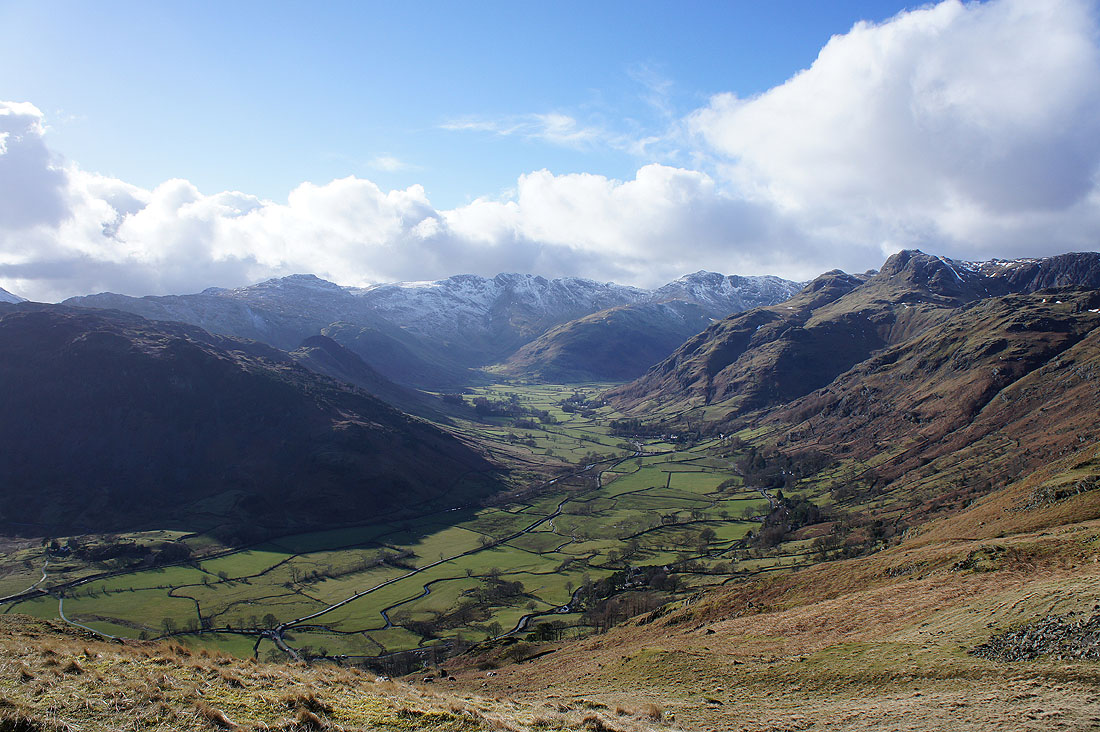 I paid the south side of the ridge a numbers of visits to take photos of the view up Great Langdale and this was my favourite. From what I can see in the valley below I think I'm at the top of the slope to the east of Robin Gill. 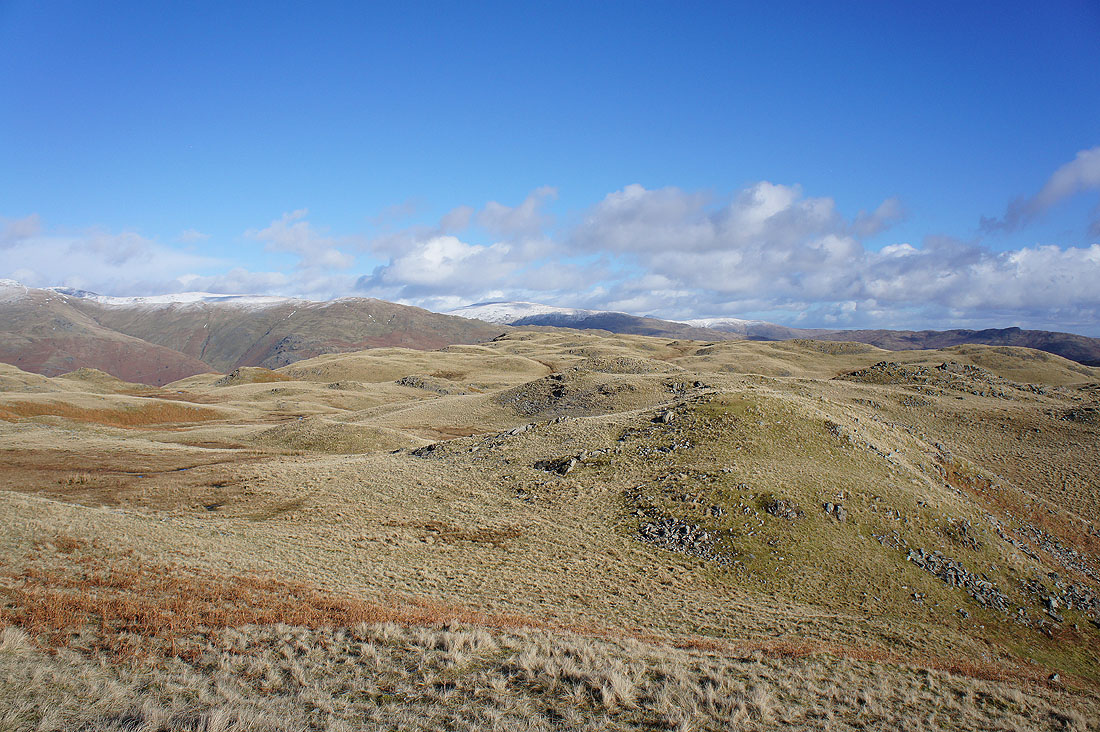 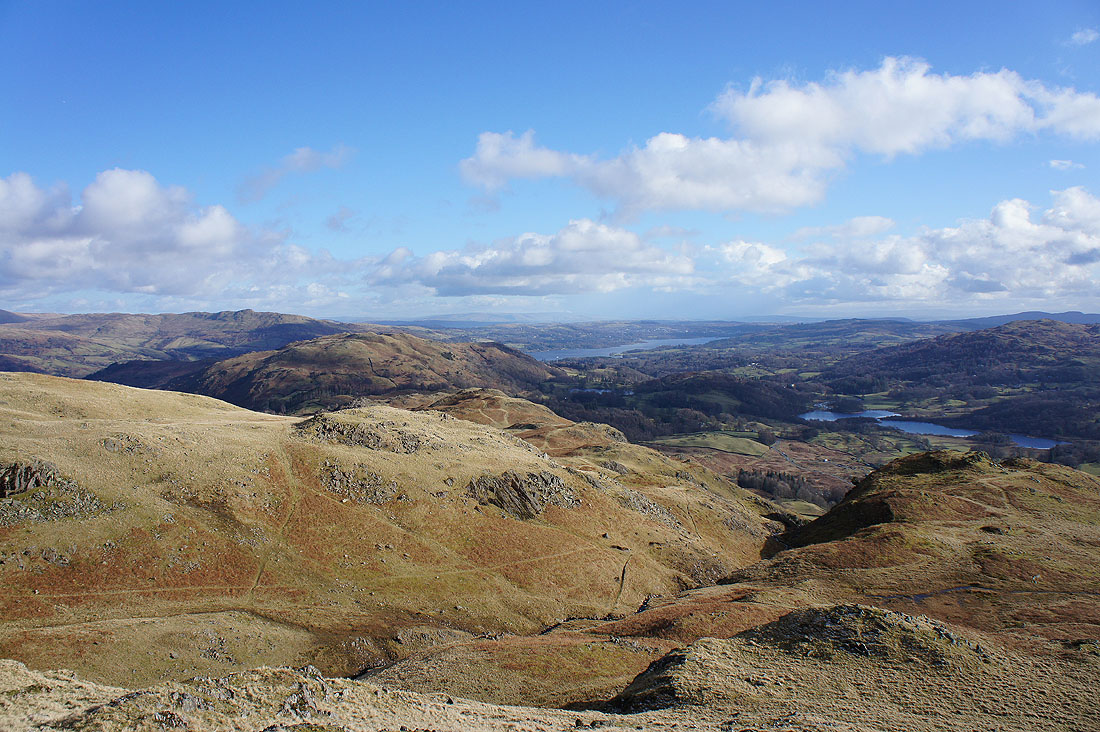 One last detour before I reach it. Loughrigg Fell, Spedding Crag, the ravine of Megs Gill, Windermere and Elter Water. 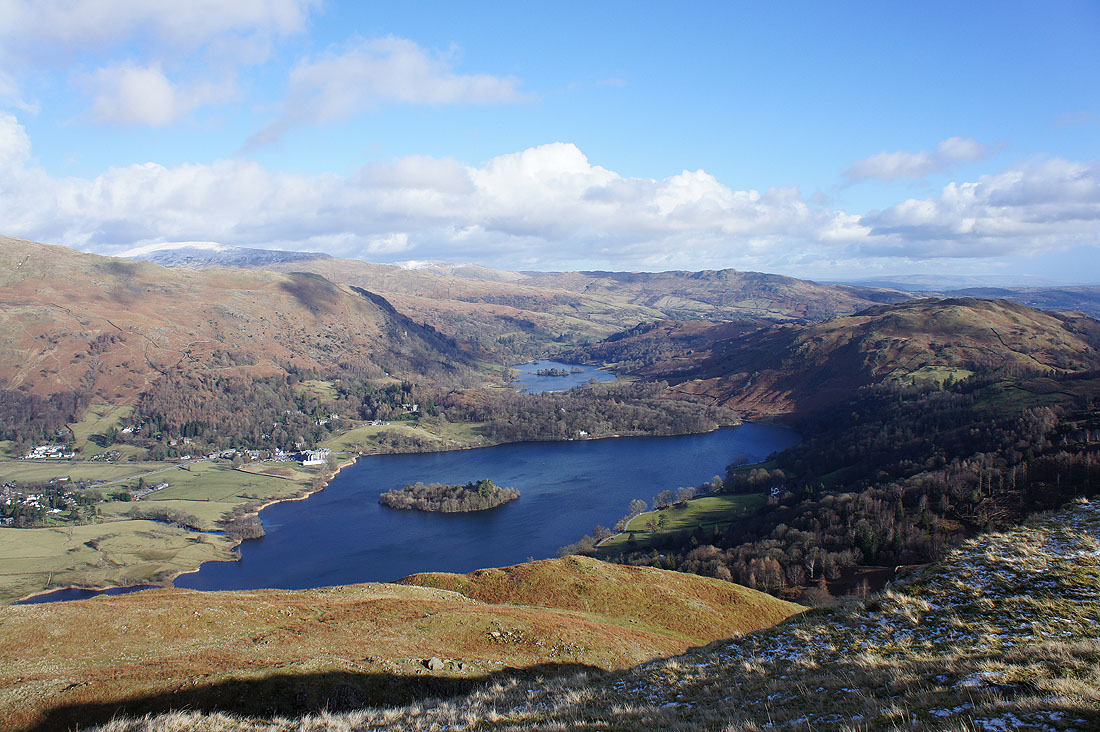 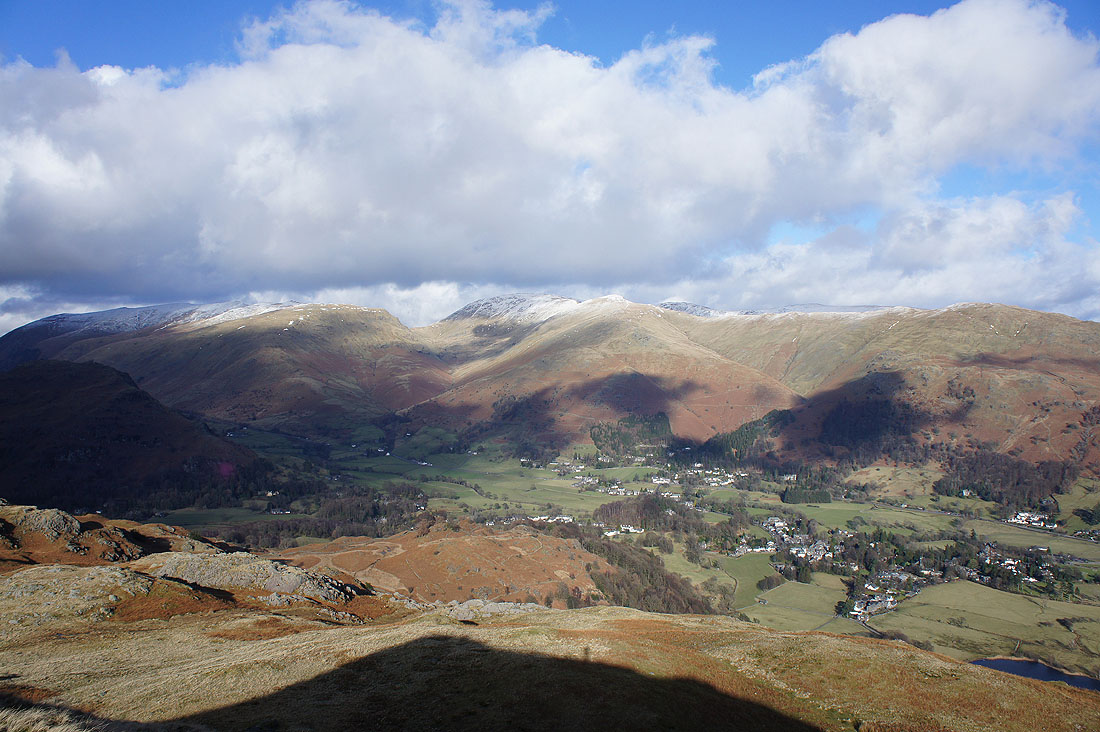 Helvellyn, Seat Sandal, Fairfield and the Vale of Grasmere 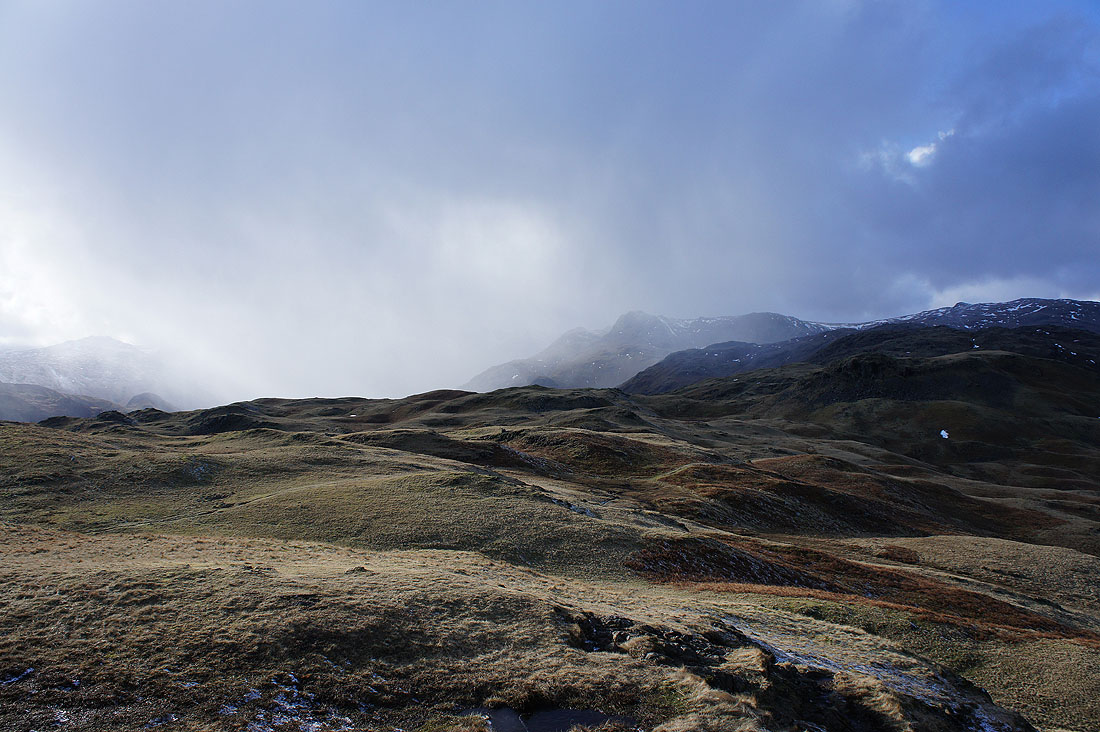 A shower approaches from the Langdale Pikes 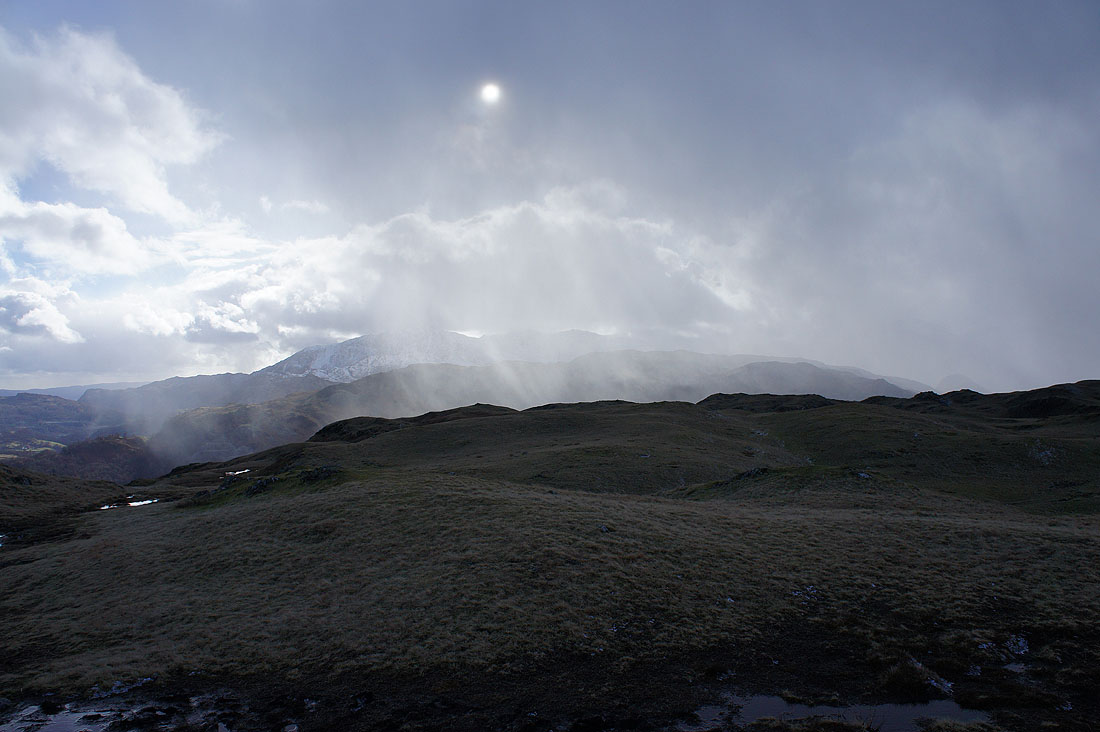 and sweeps by to the south.. 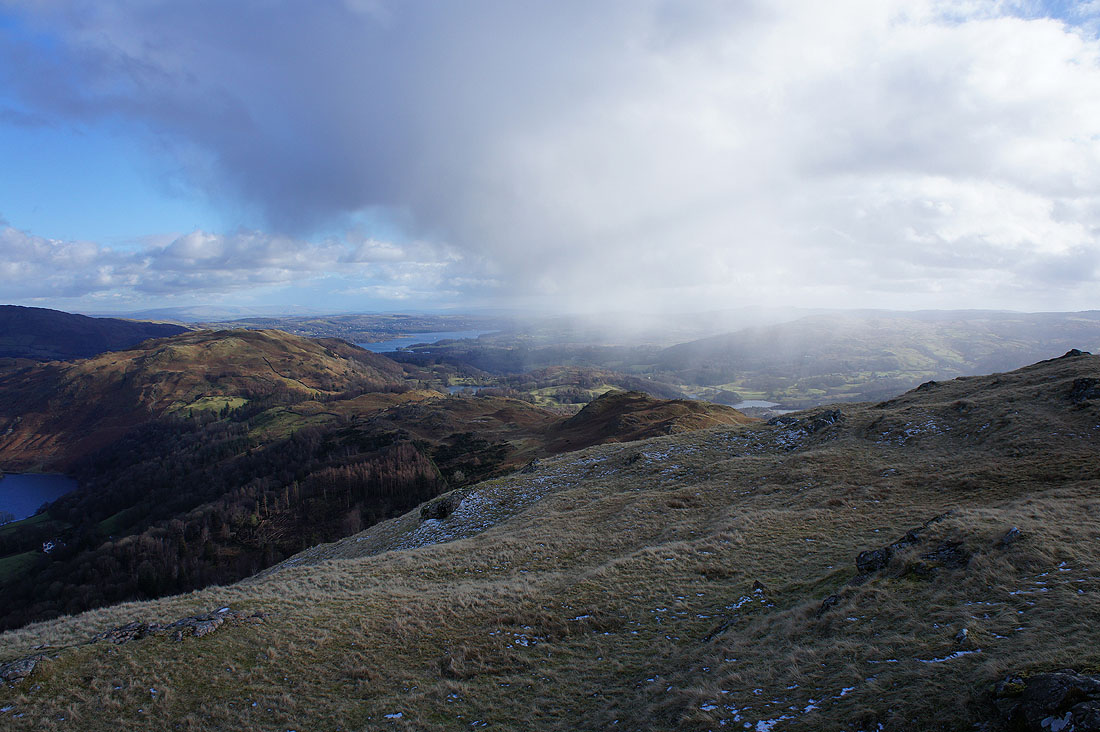 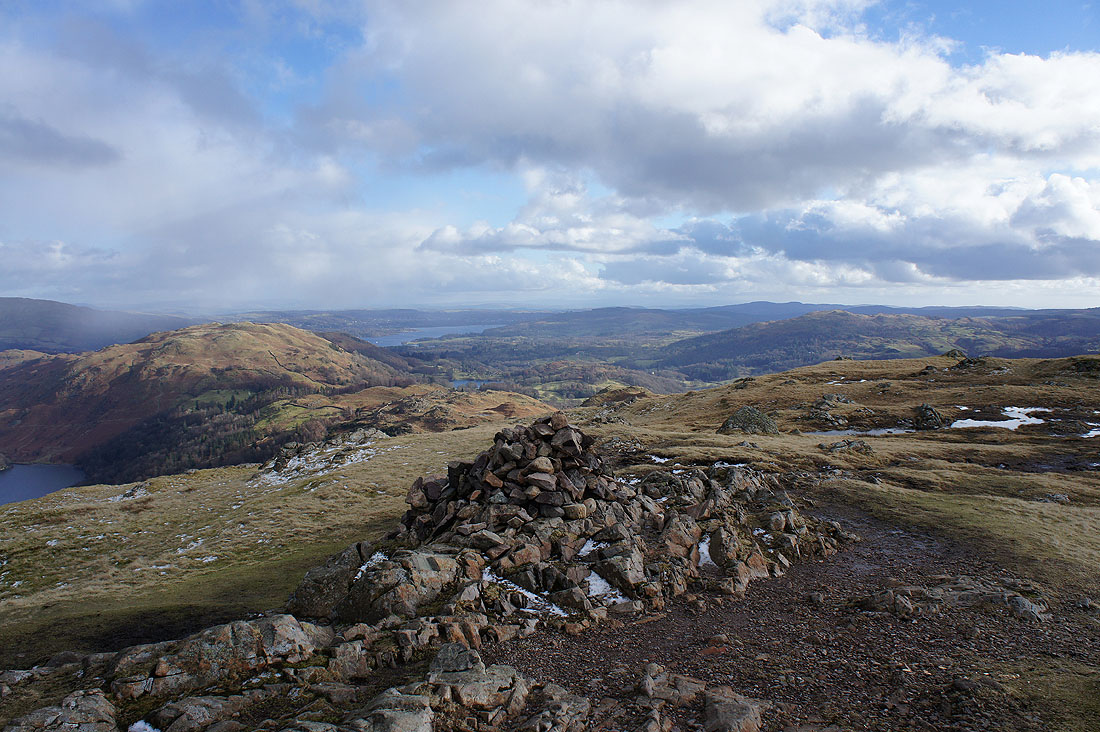 Once it's gone there's a clear view from the summit to Loughrigg Fell, Windermere and Black Fell 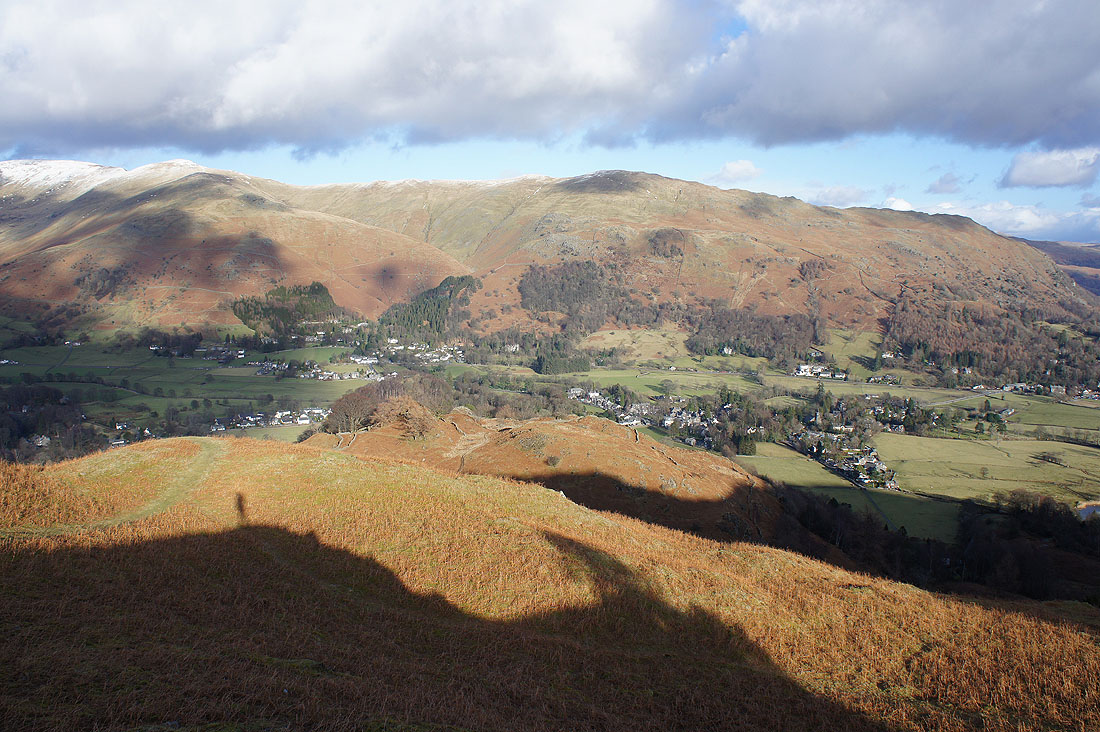 Grasmere the village and.. 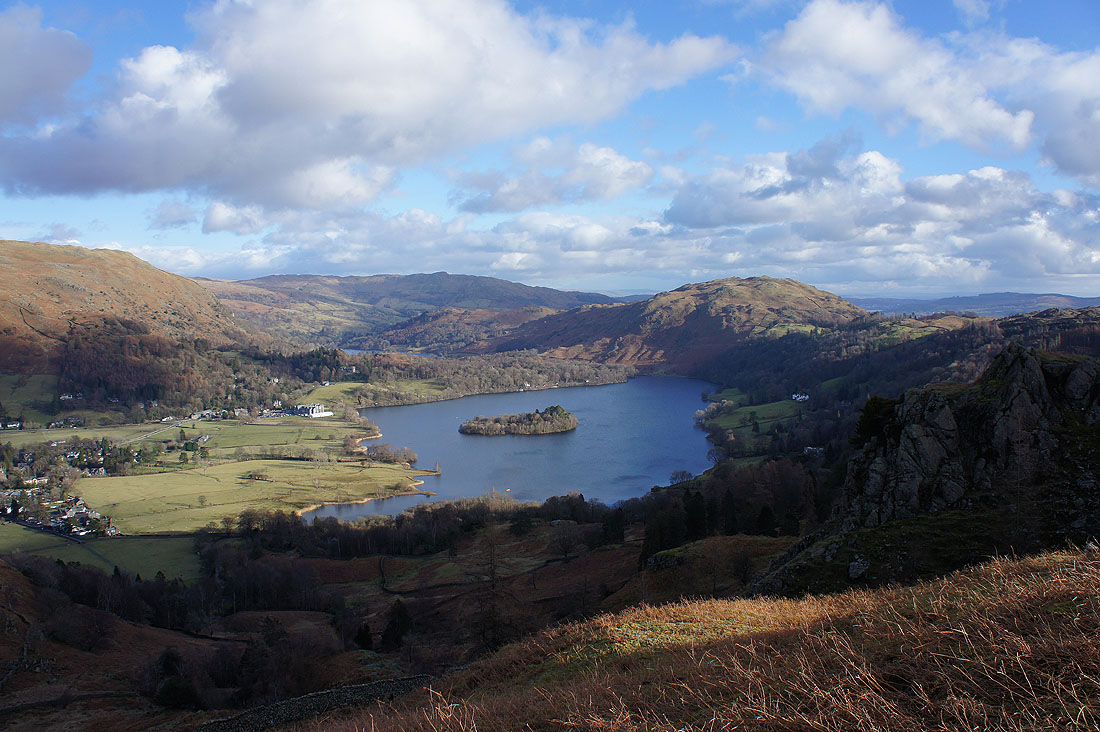 ..Grasmere the lake as I follow the path across Wray Gill and down to Allan Bank 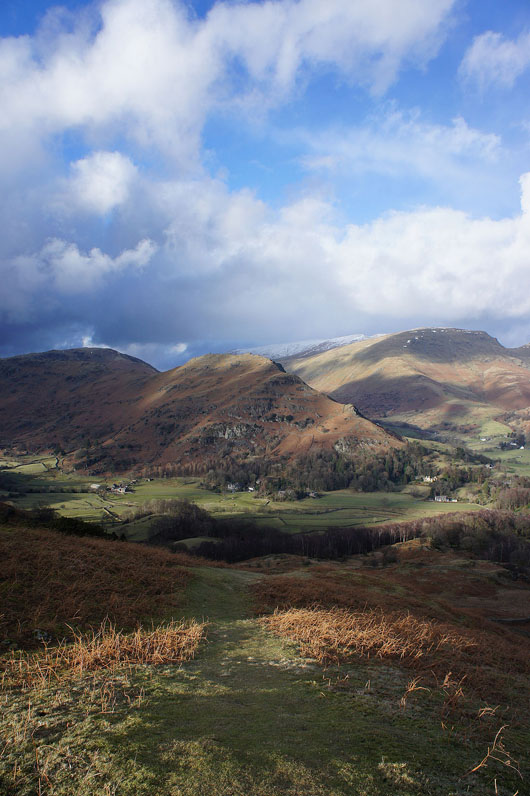 Helm Crag stands proud on the other side of Easedale 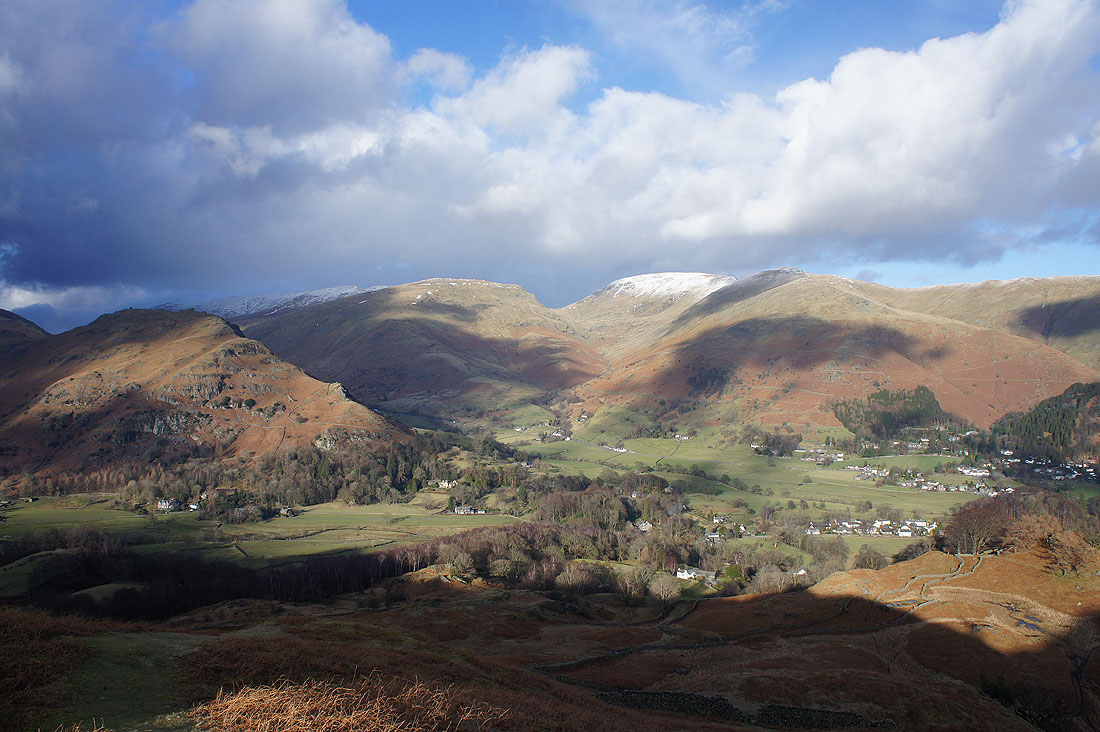 A sunlit Vale of Grasmere 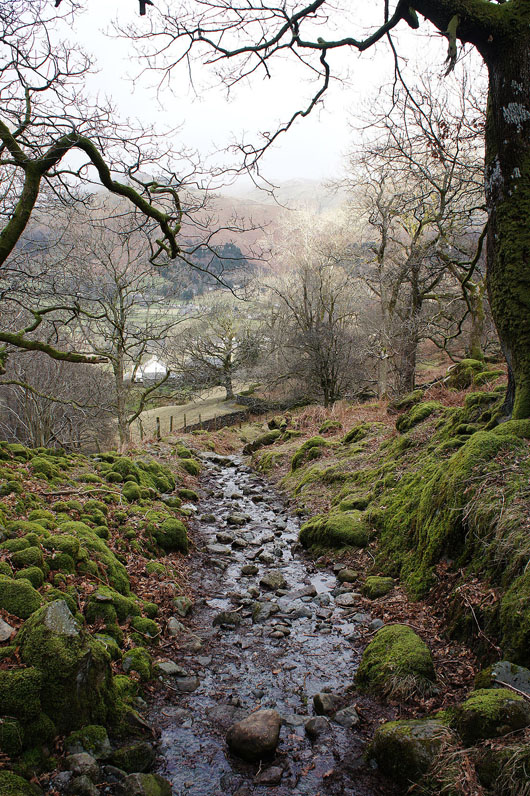 The path down is rough and stony in places 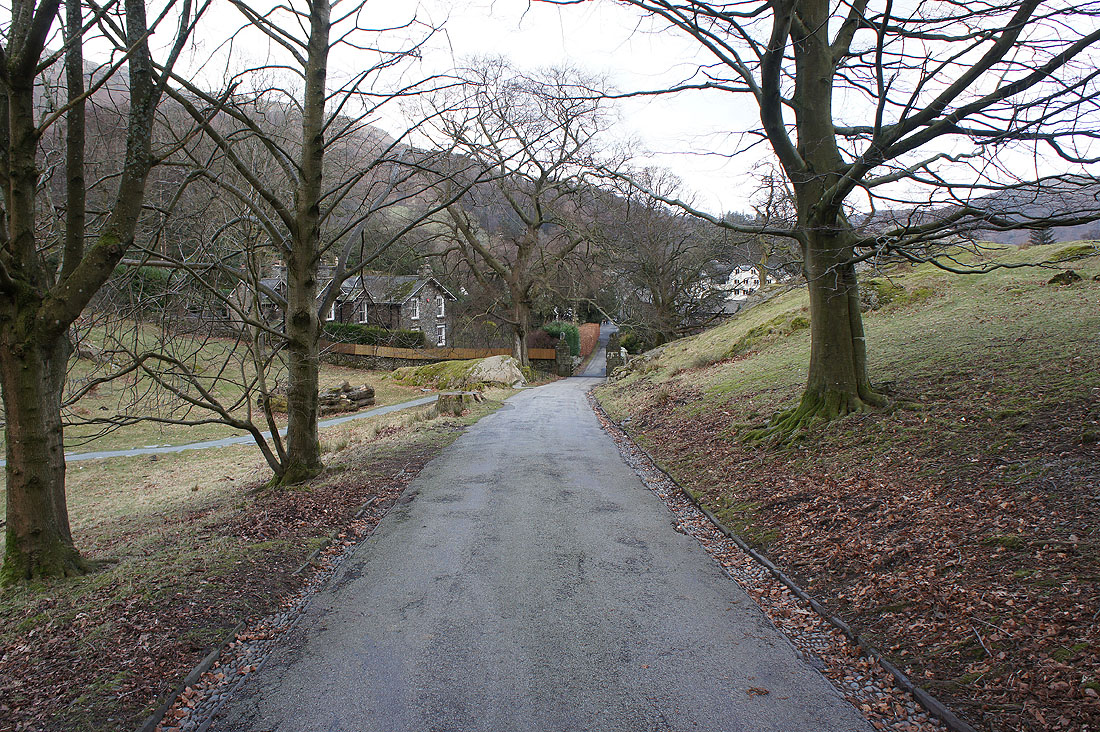