My brother Stephen wanted to join me on my walk in the Forest of Bowland today. This was the route I had planned but it was one that I thought would be suitable as it's quite gentle underfoot so the twelve miles can be covered pretty quickly. An added bonus would be the extensive panorama from the summit of Ward's Stone.

The fine, dry September weather continues. It had been hazy all week but yesterday it looked as though it had cleared and when we set off this morning the visibility looked pretty good. Unfortunately it returned on the way up and restricted the view. No extensive panorama today. I must mention that the peat has really dried out, if you've ever wanted a walk in the Forest of Bowland with firm ground underfoot, now's the time.

From where we parked at Stoops Bridge in Abbeystead we followed the path across fields to Lower Lee and then the minor road to the hamlet of Tarnbrook. We then took the shooters track up Tarnbrook Fell to reach the col between Ward's Stone and Wolfhole Crag. Easy walking across peaty ground and we were at the eastern summit of Ward's Stone. After paying the trig point at the western end a visit we made our way across to the shooters track back down into Wyresdale at Higher Lee. There was then a short walk down the road to Lower Lee to retrace our steps to Abbeystead.
Route map 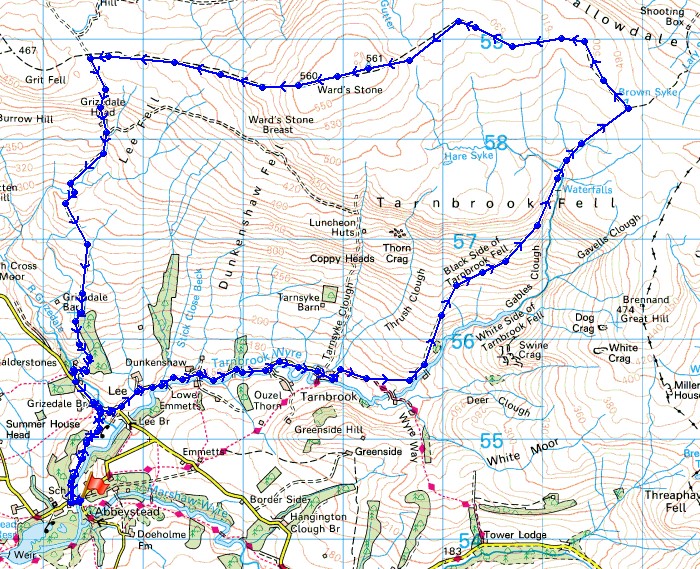 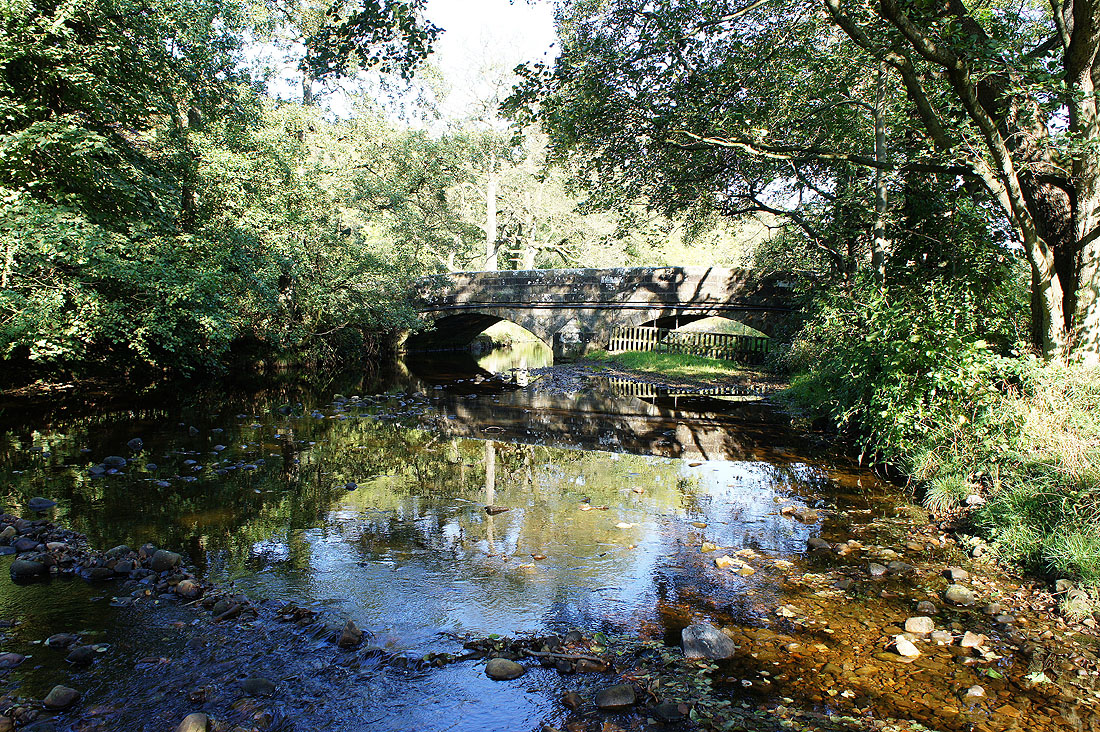 Stoops Bridge over the Tarnbrook Wyre. There's a small parking area here which was where we started our walk from. 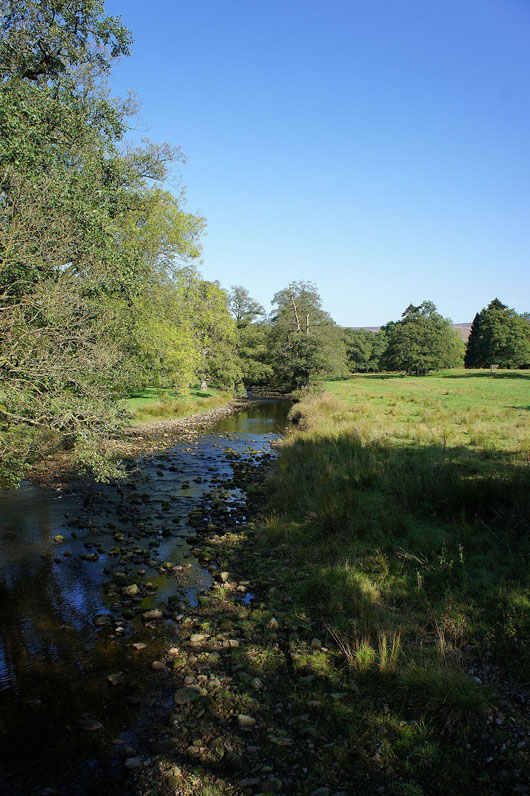 The Tarnbrook Wyre from Stoops Bridge 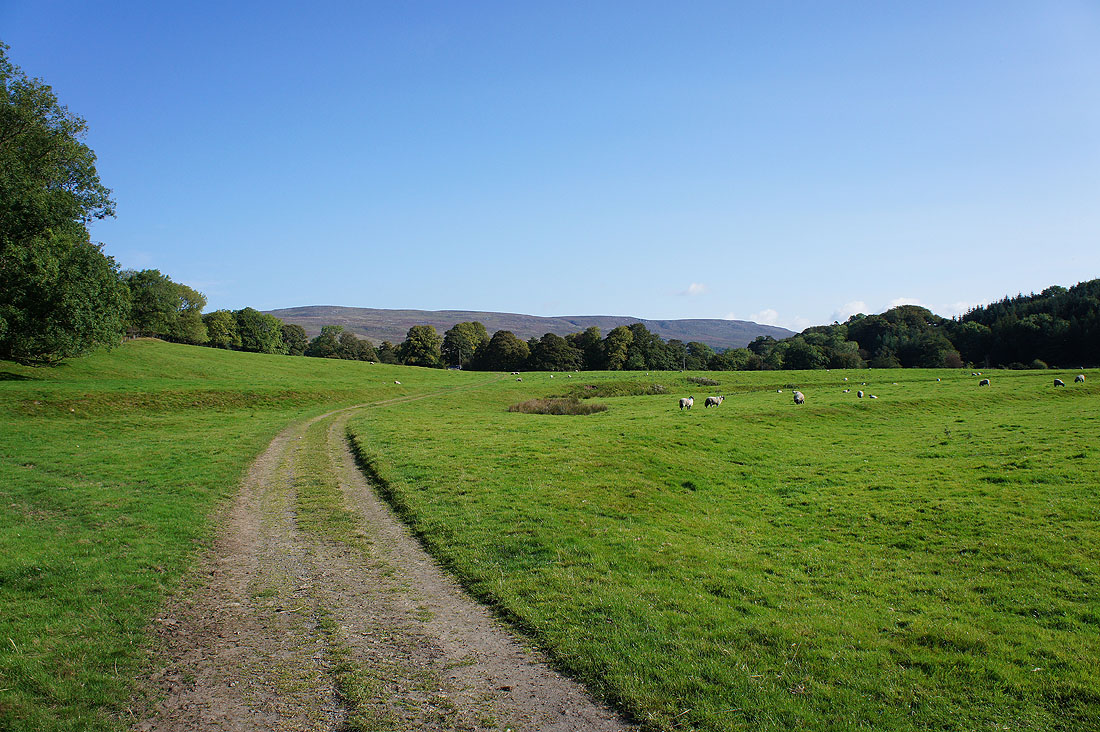 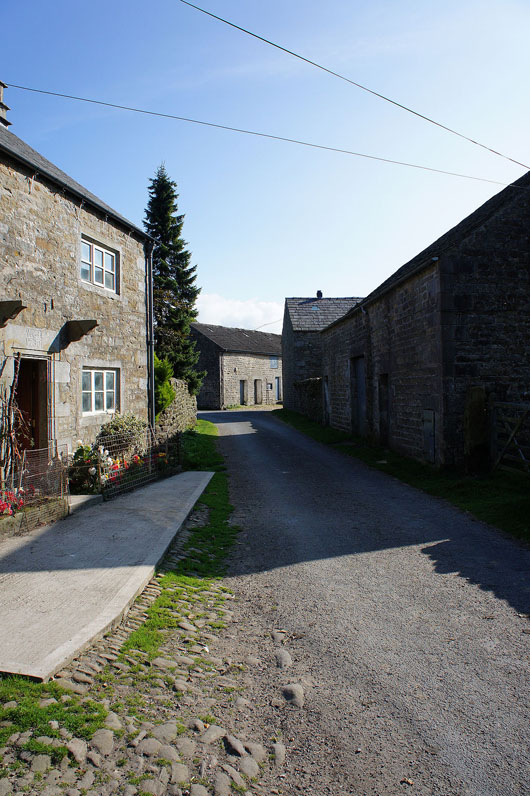 Walking through the hamlet of Tarnbrook. Very quiet. 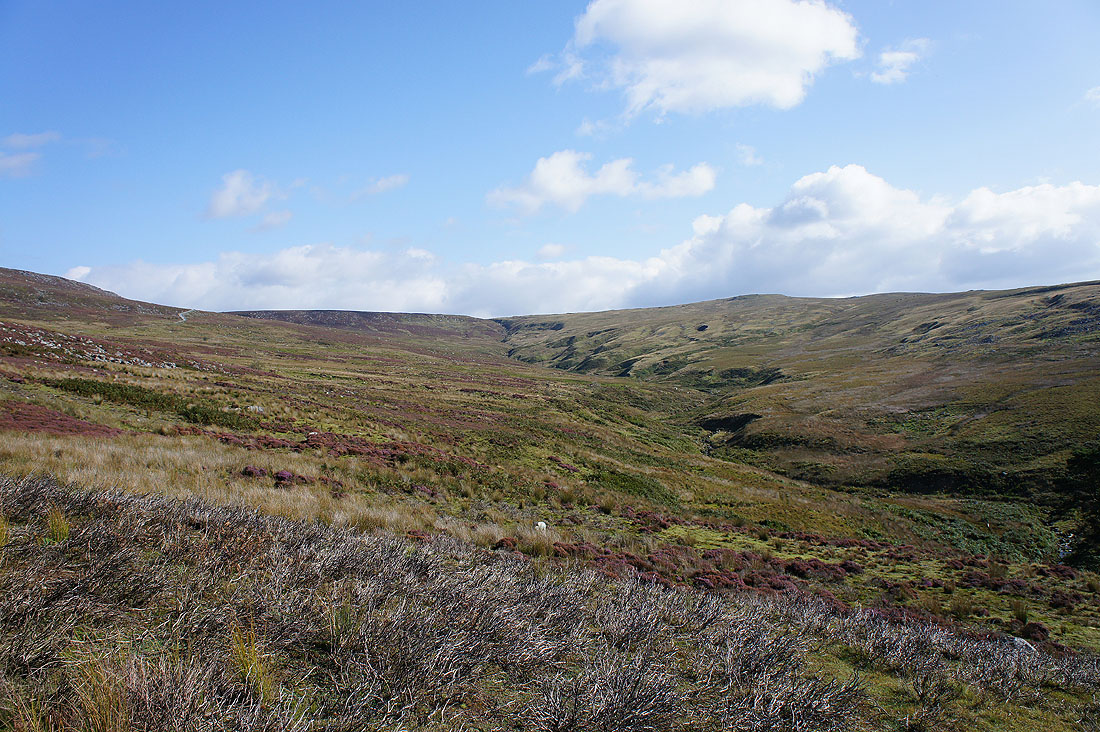 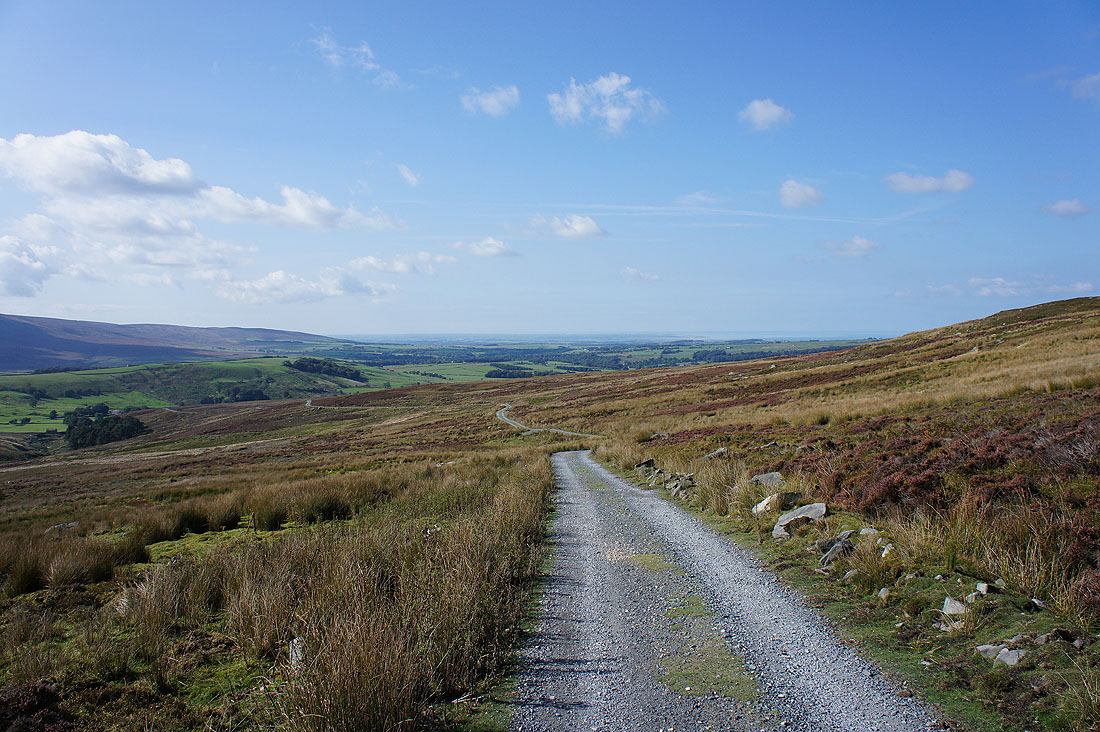 Looking back down into Wyresdale and out to the Fylde coast 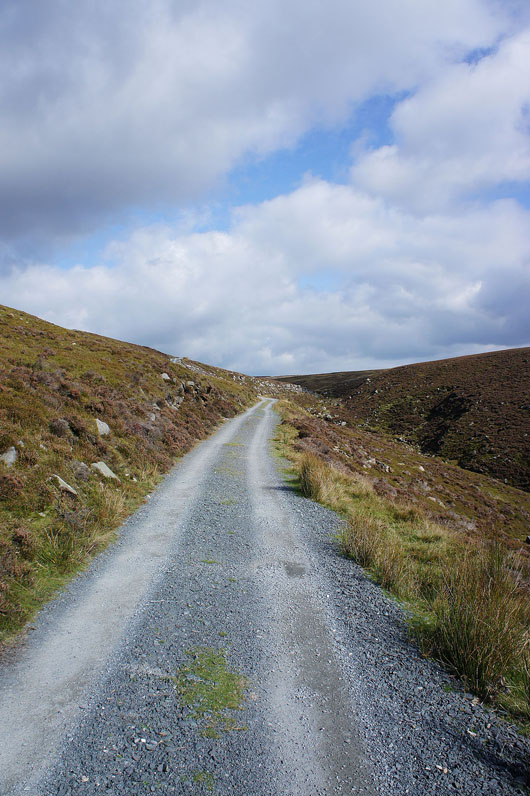 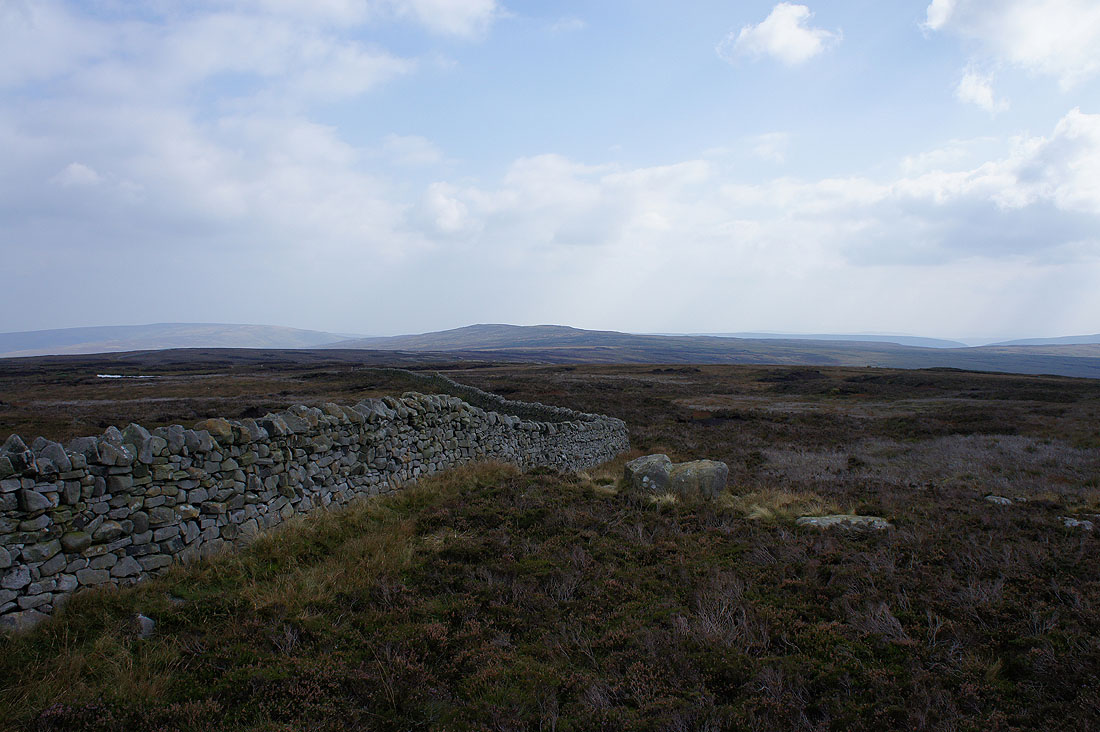 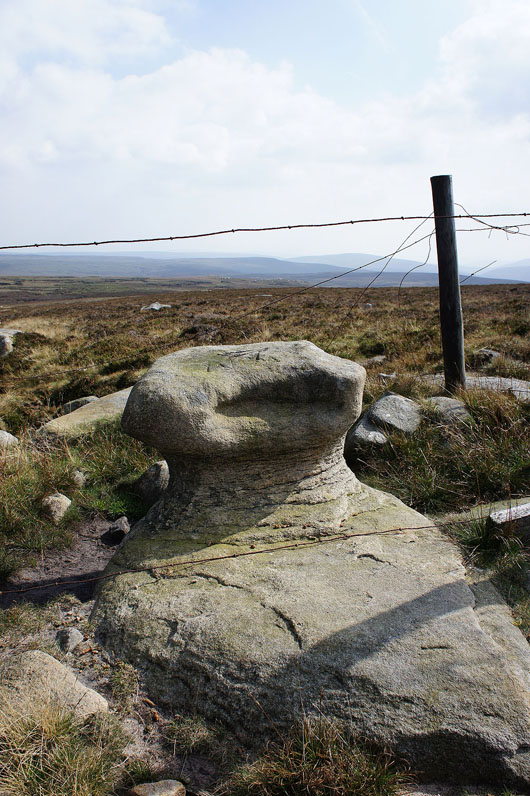 Queen's Chair, it's on the OS map. Not much room to perch on though. 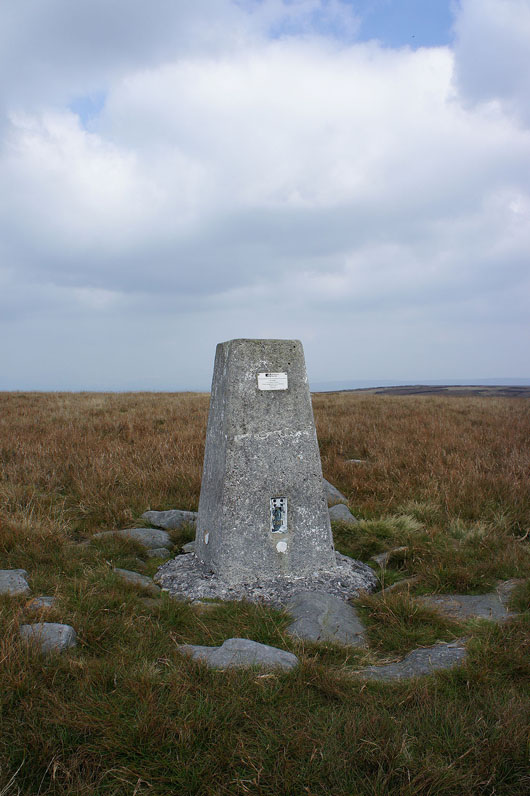 The trig point at the eastern end of the Ward's Stone summit plateau. It's the higher of the two trig points up here, though looking across to the other one you may have another opinion. 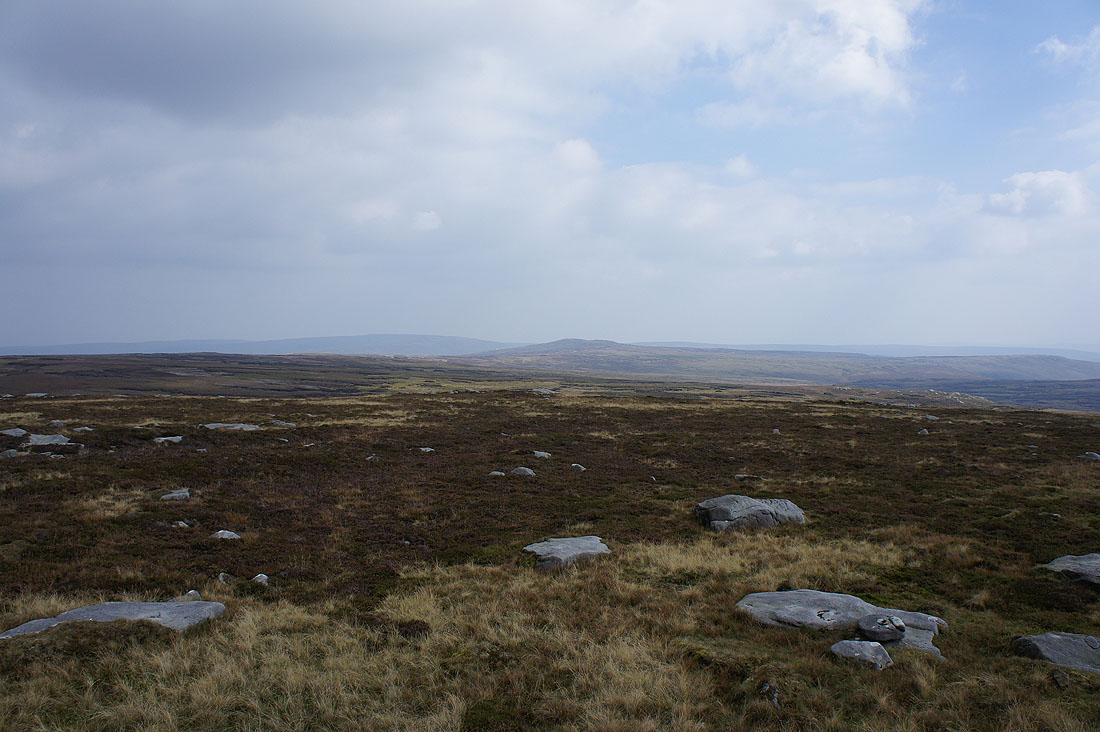 The second and third highest summits in the Forest of Bowland, White Hill and Wolfhole Crag 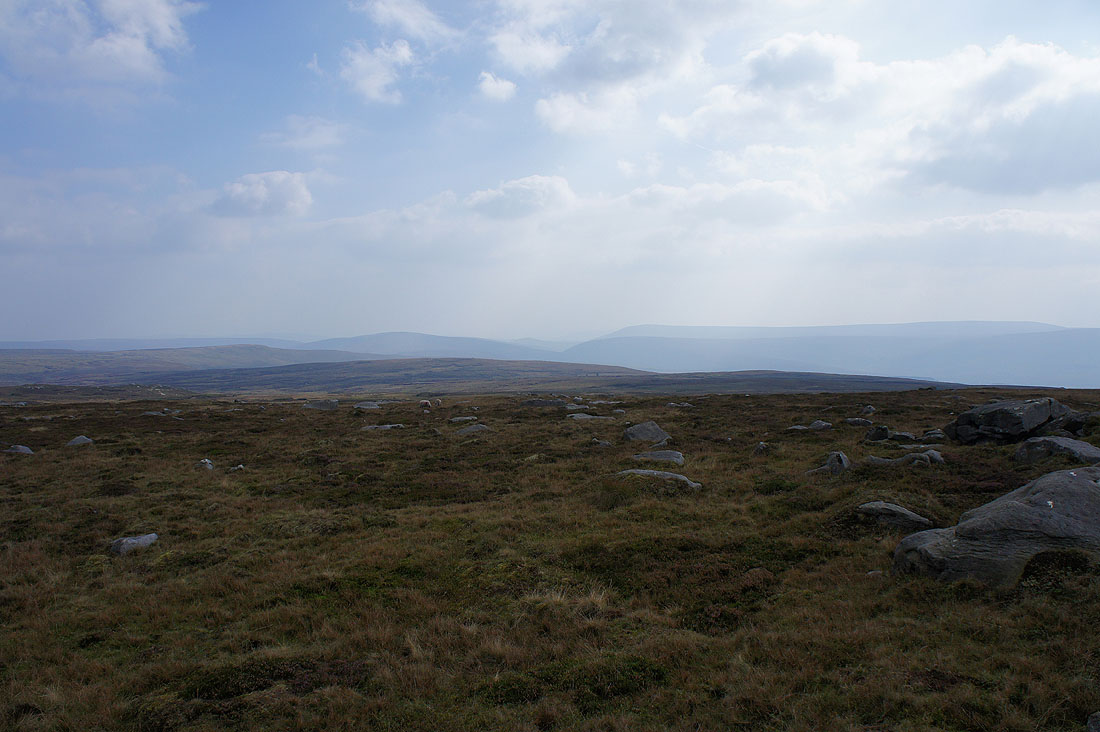 Looking towards the fells around the Trough of Bowland 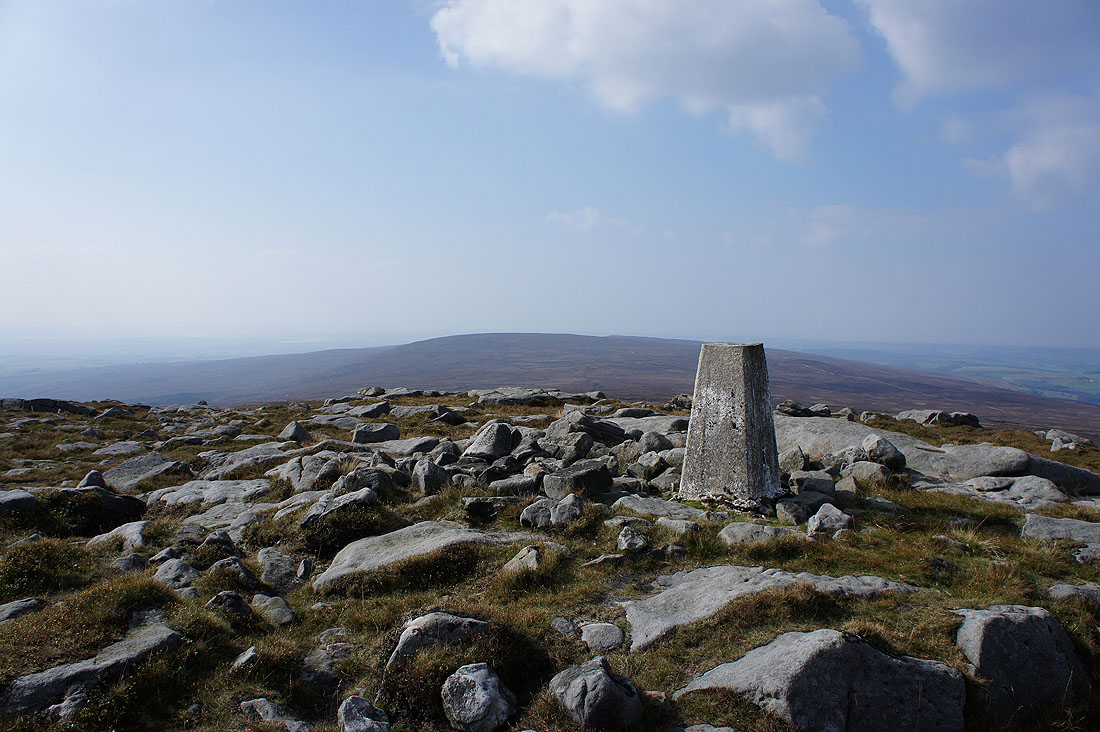 At the trig point at the western end of the summit plateau. It's a real shame that the haze has returned and robbed us of the extensive panorama. If you want to see what it's like a day of good visibility then check out my visit here two years ago, 22nd September 2012. 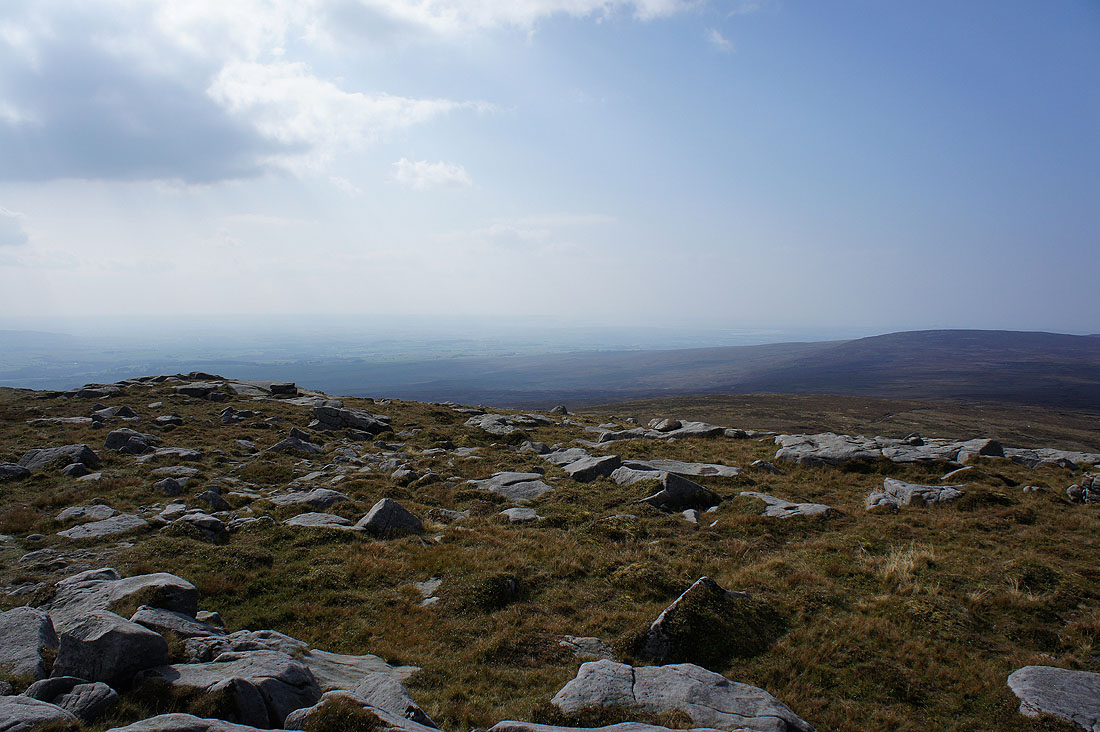 Wyresdale and a barely visible Fylde coast and Lune estuary 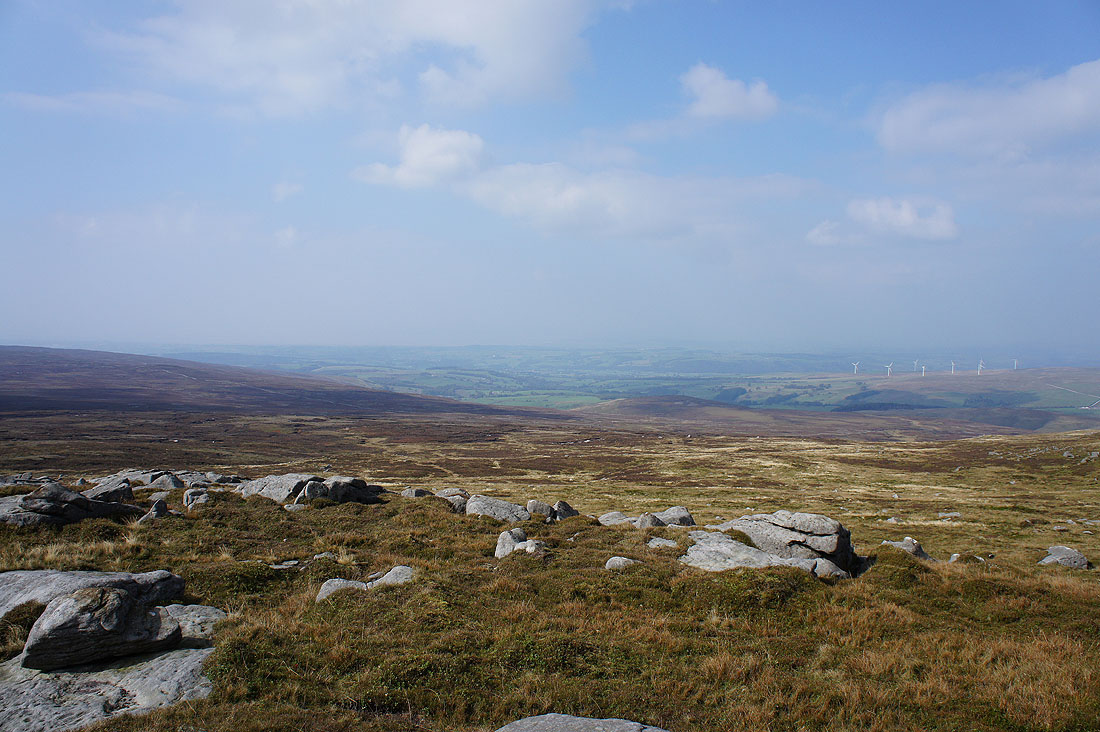 The Lune valley and maybe the coast north of Lancaster 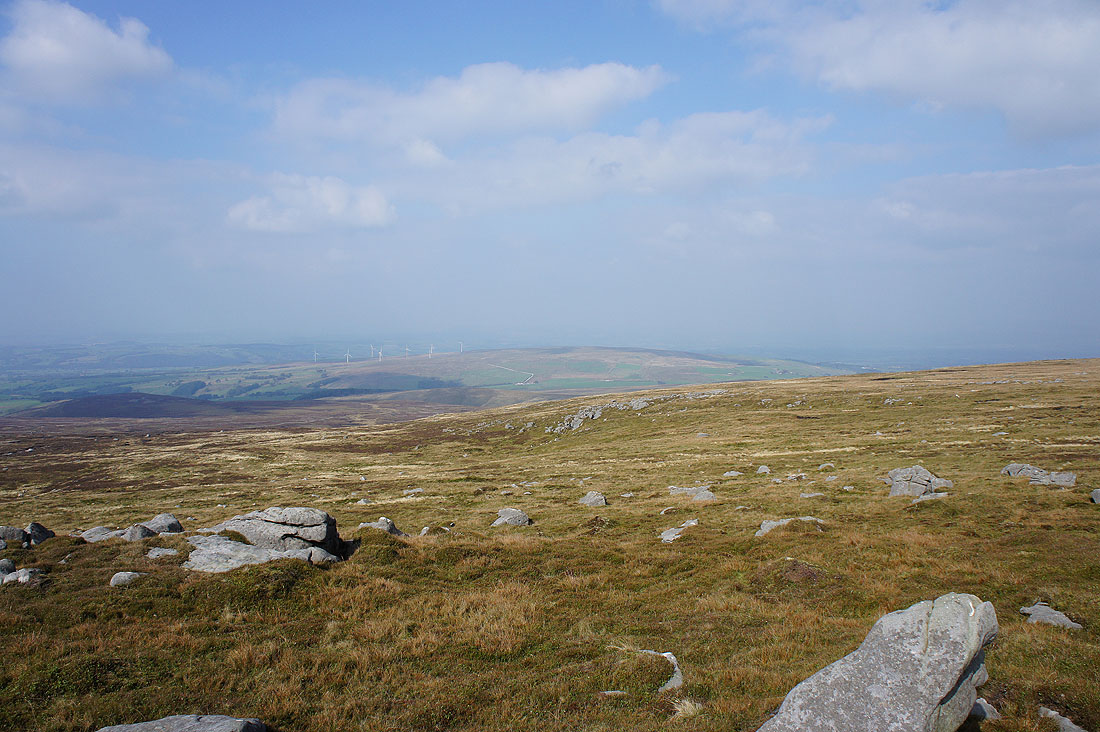 Caton Moor and its windfarm 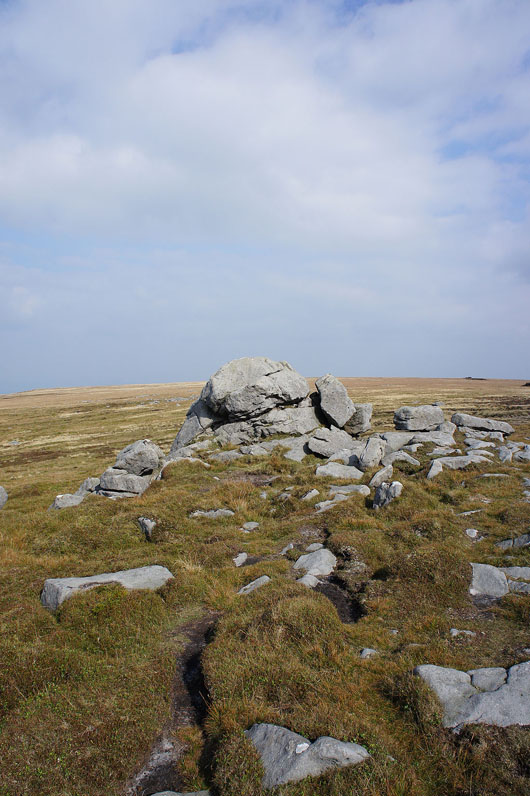 The Ward's Stone that gives the fell its name 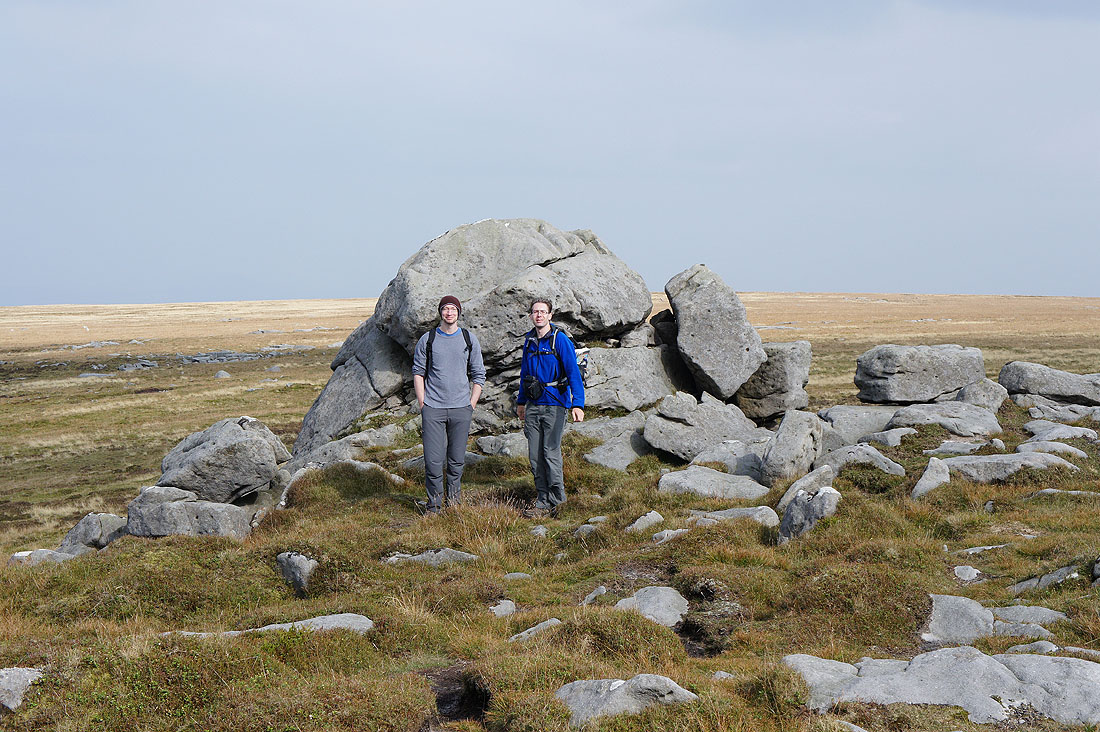 Me (on the right) and my brother Stephen. Unfortunately there was no-one else up here so I perched my camera on the trig point, set the self-timer and made a mad dash to get in place in time without coming a cropper. Made it, but only just. 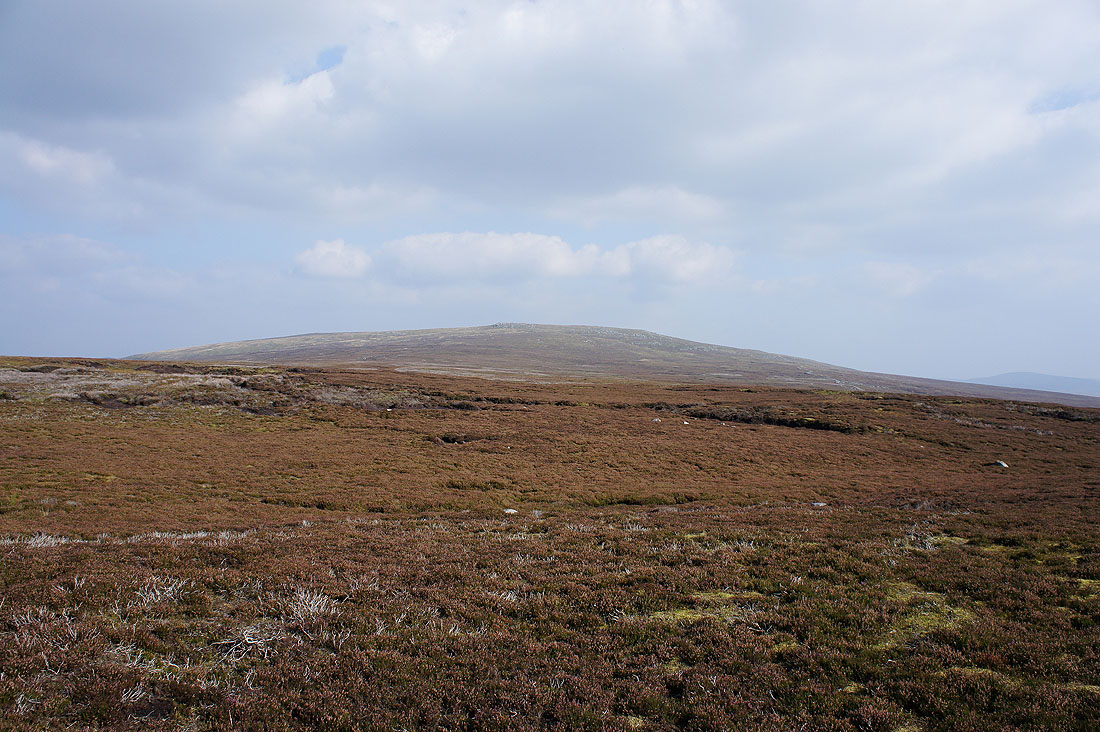 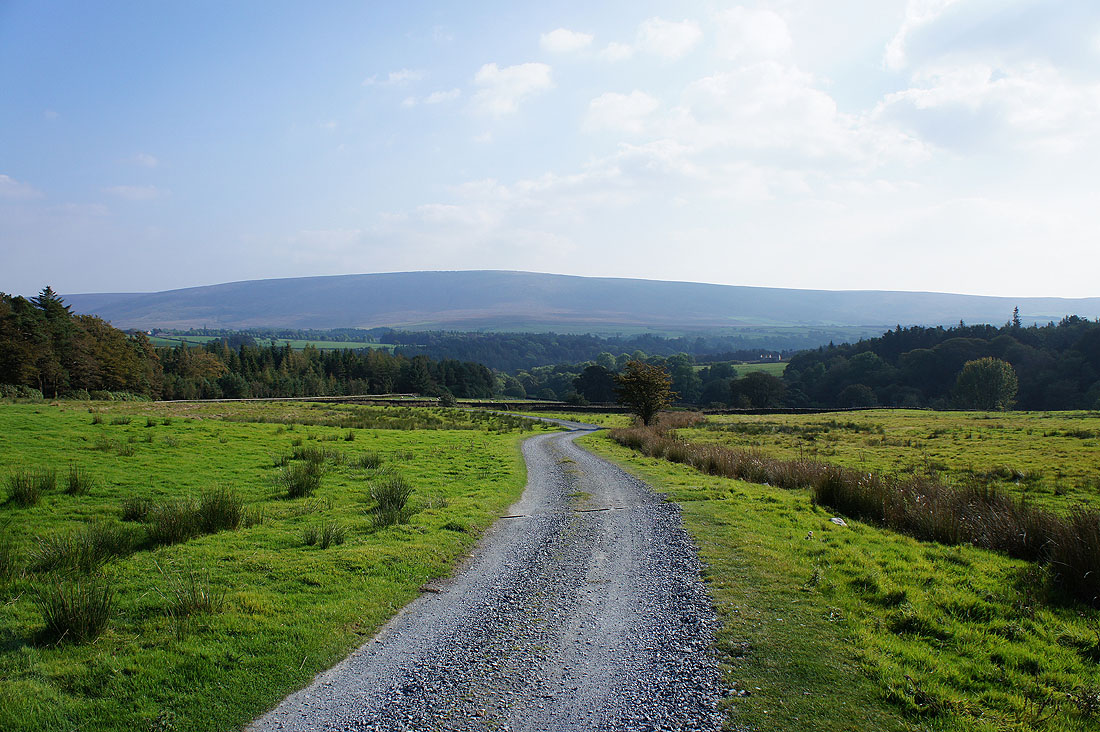 Beautiful views of Wyresdale ahead. On the other side of the valley is Hawthornthwaite Fell. 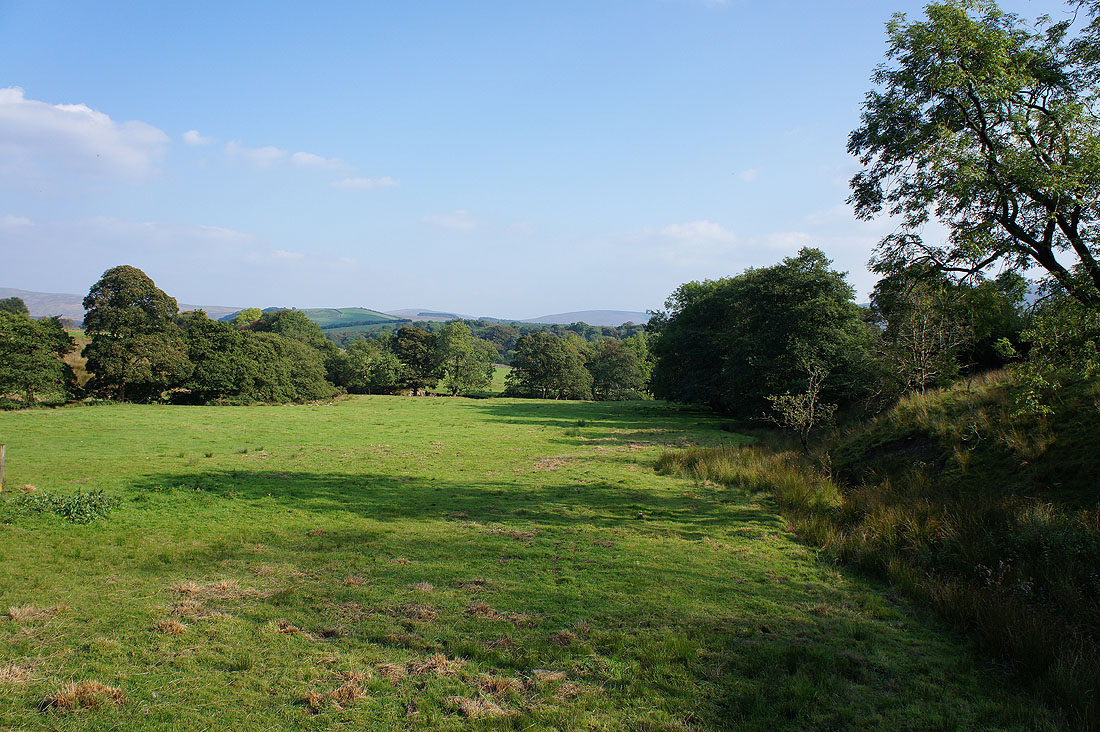 Perfect weather for enjoying the countryside in Wyresdale. It's so quiet! 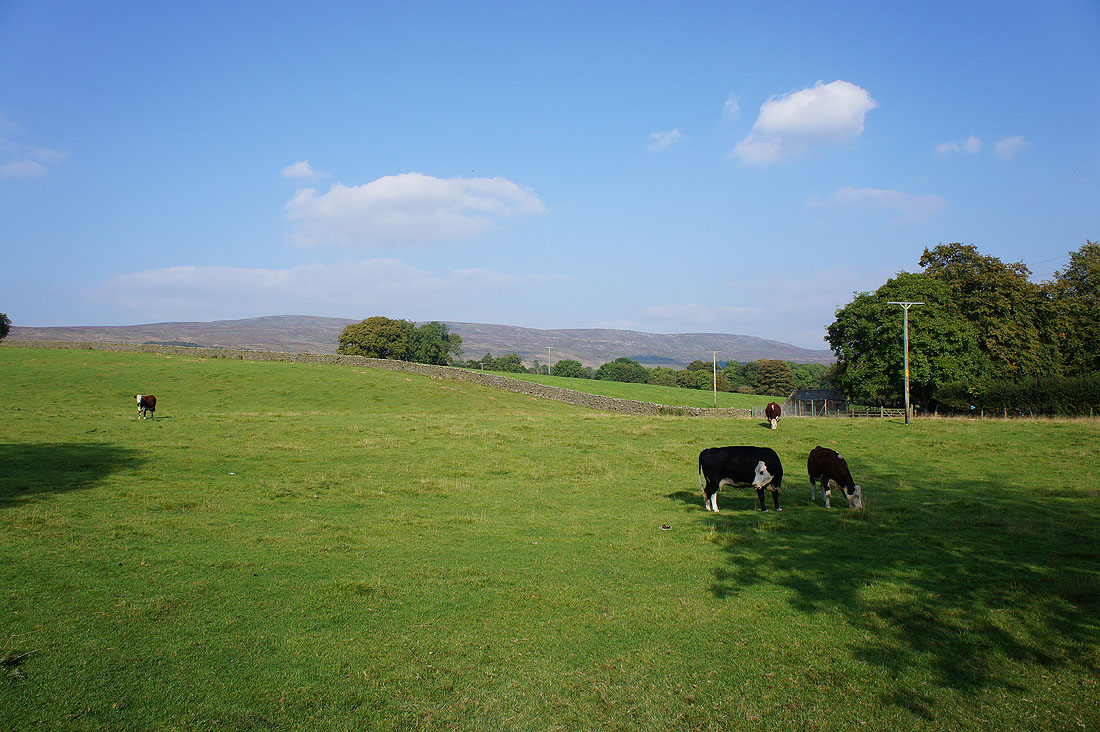 Grit Fell and Ward's Stone as we return to Lower Lee 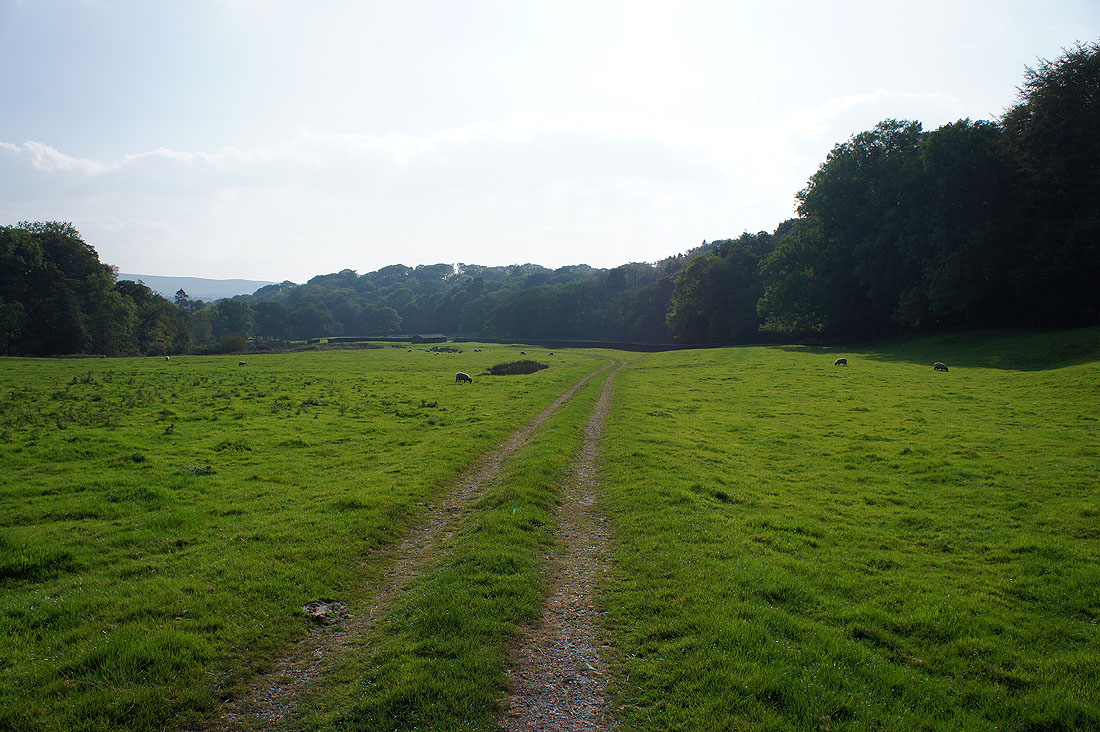