A walk from Mardale Head taking in Kidsty Pike, High Raise, Rampsgill Head, High Street, Mardale Ill Bell and Harter Fell. The weather was rather gloomy but there wasn't a breath of wind on the tops, so not a bad day at all.
Route map 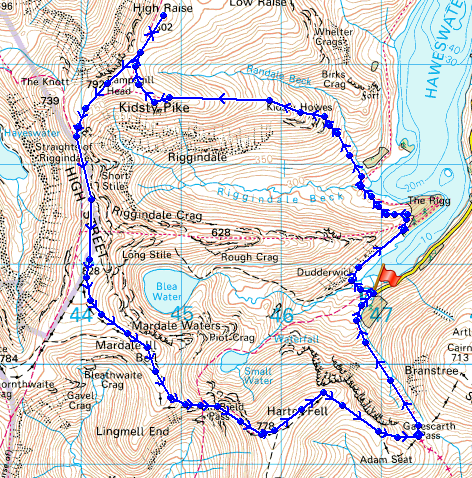 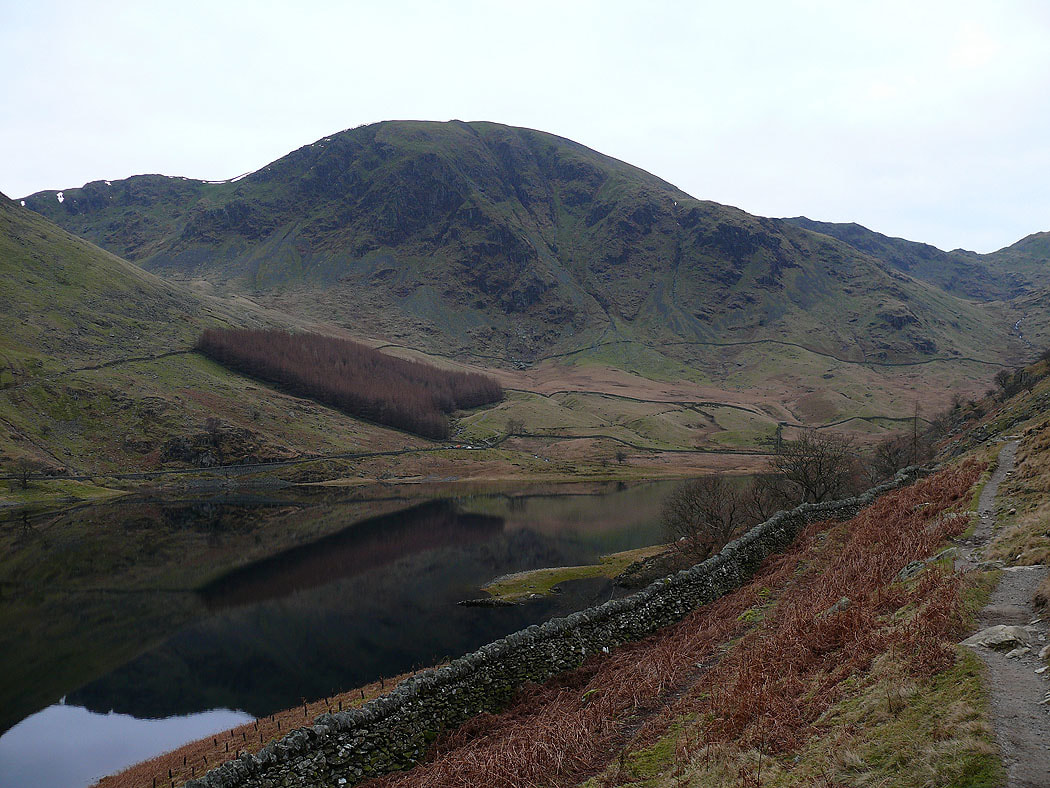 Harter Fell from the side of Haweswater 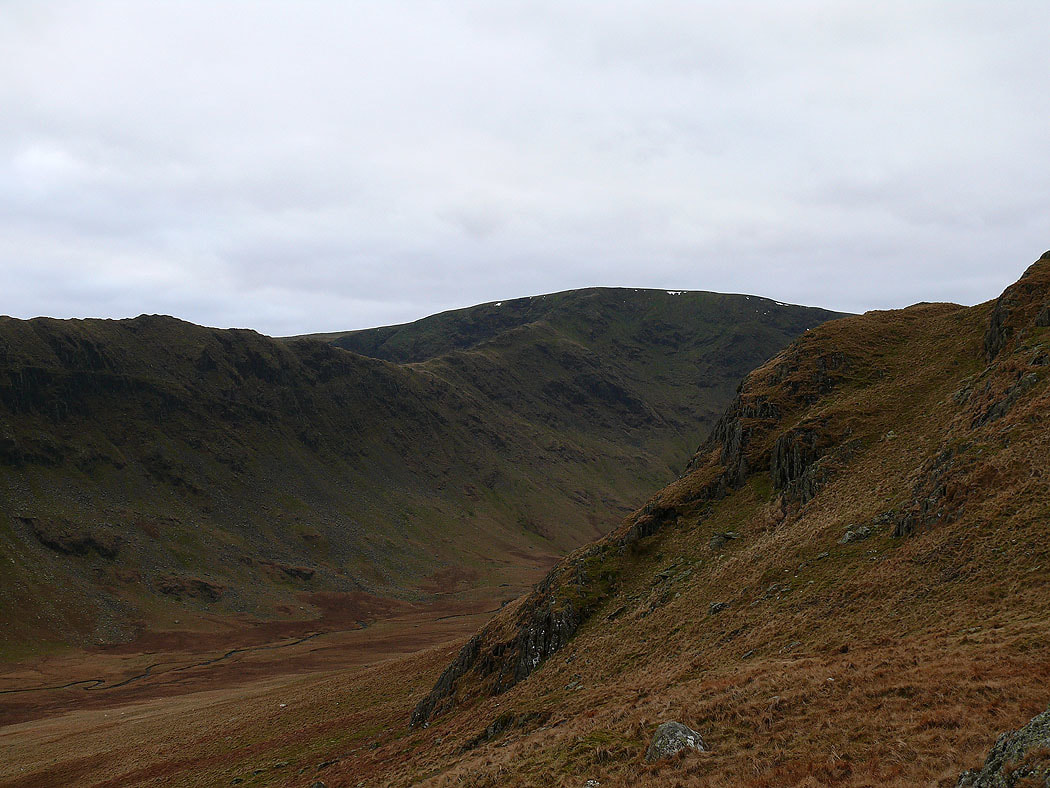 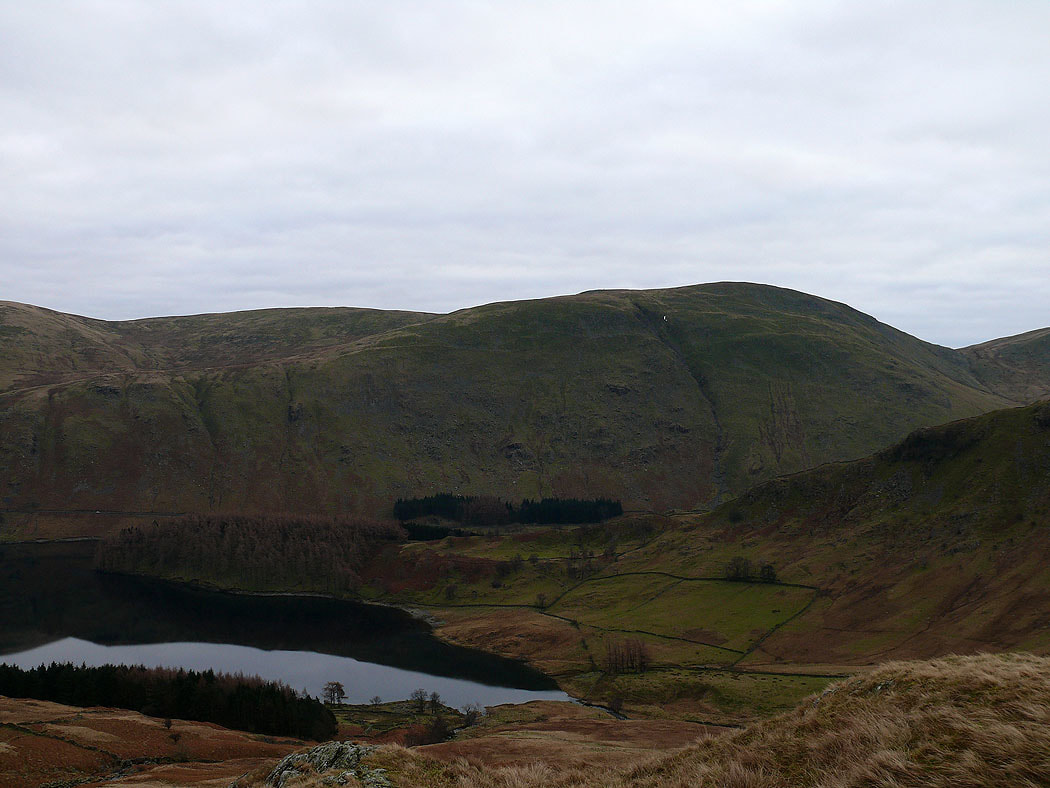 Looking across The Rigg to Branstree 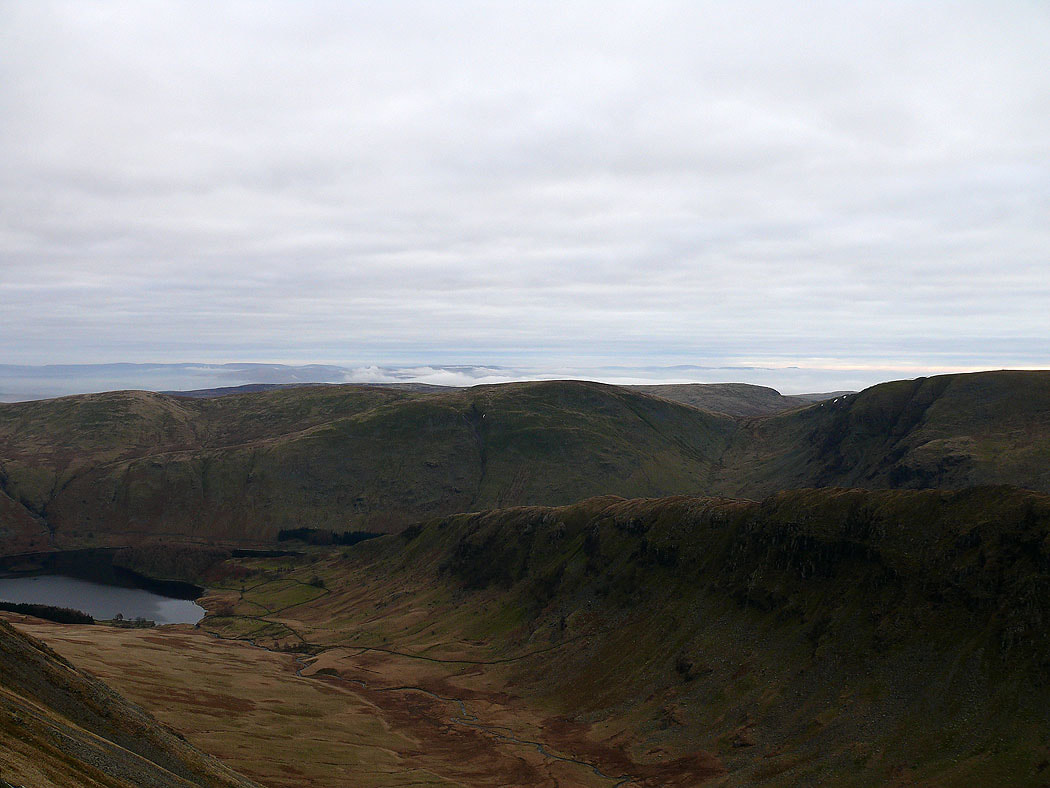 On the summit of Kidsty Pike. The view across Riggindale to Rough Crag. 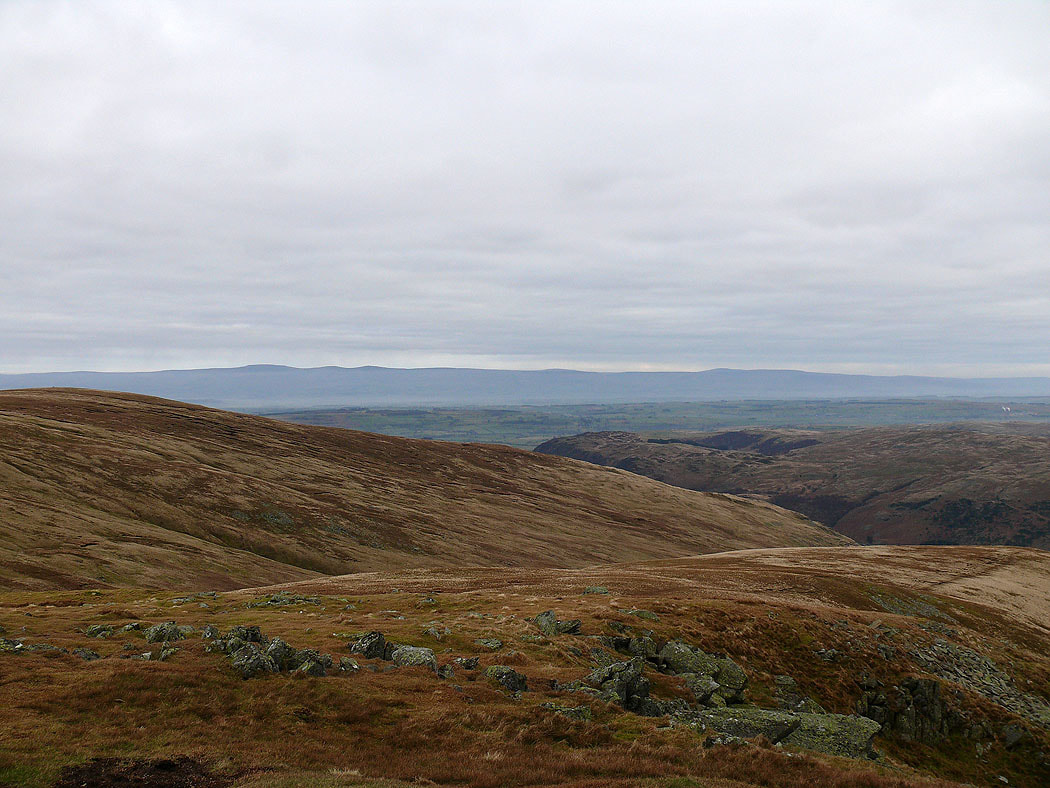 Cross Fell and the North Pennines in the distance 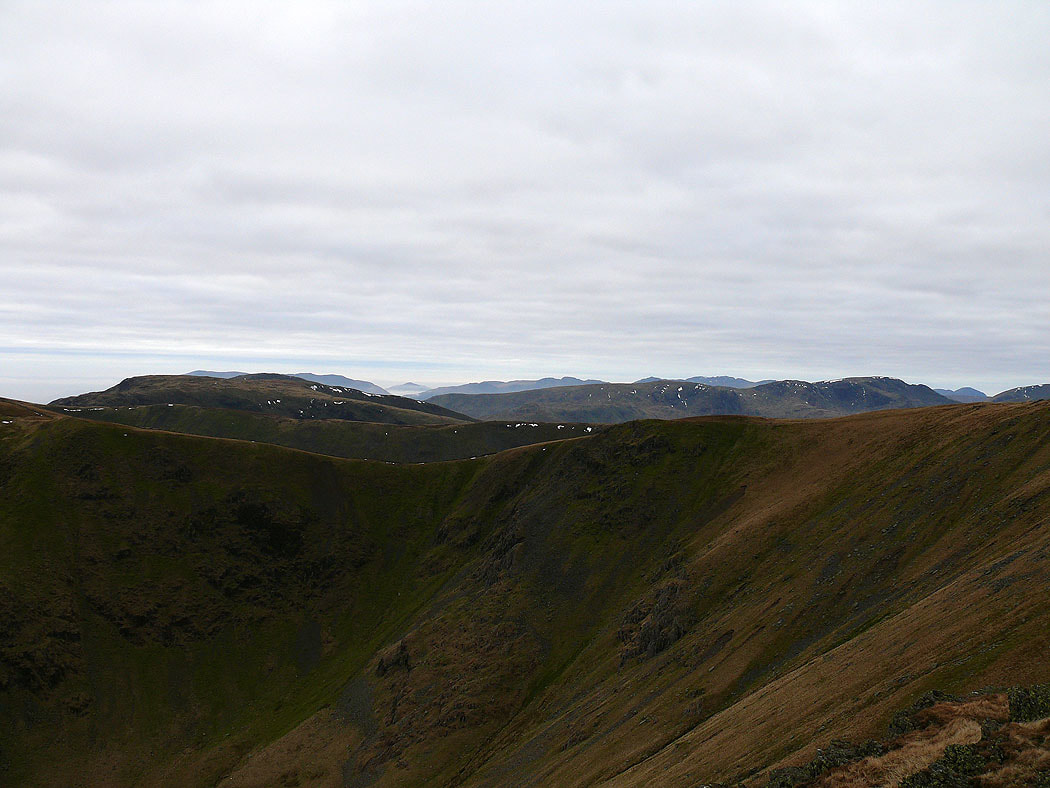 Lots of fells in view across the Straits of Riggindale 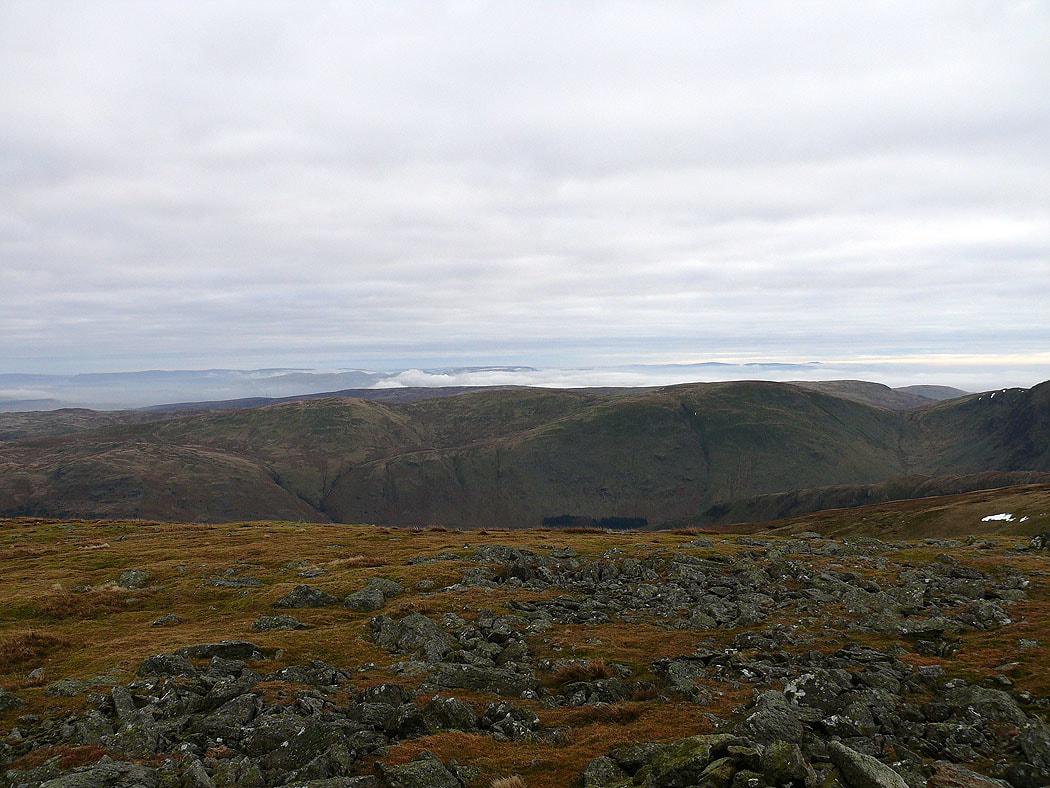 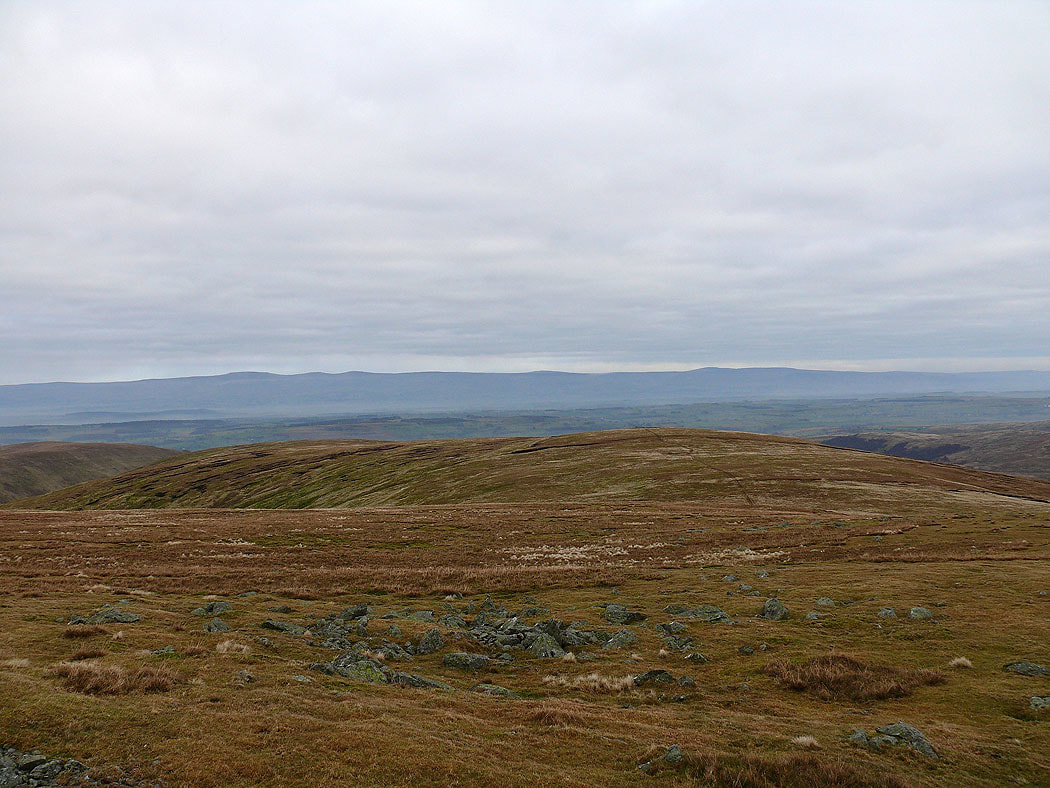 Cross Fell and the North Pennines from High Raise 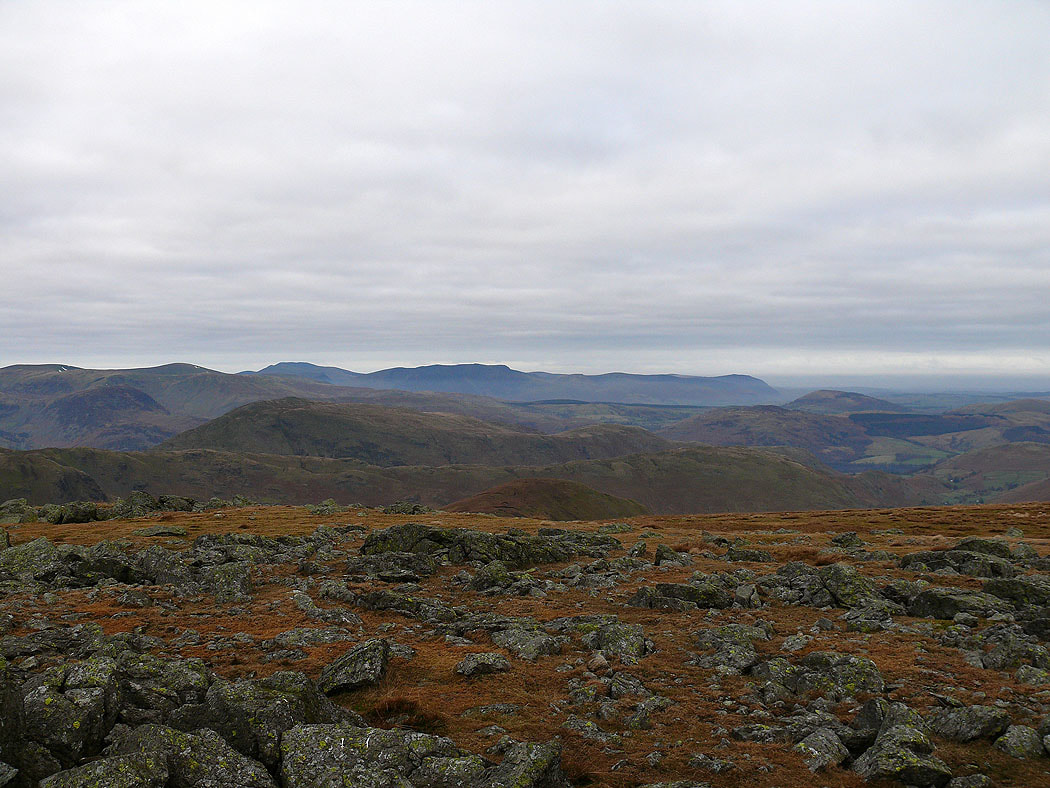 Blencathra in the distance 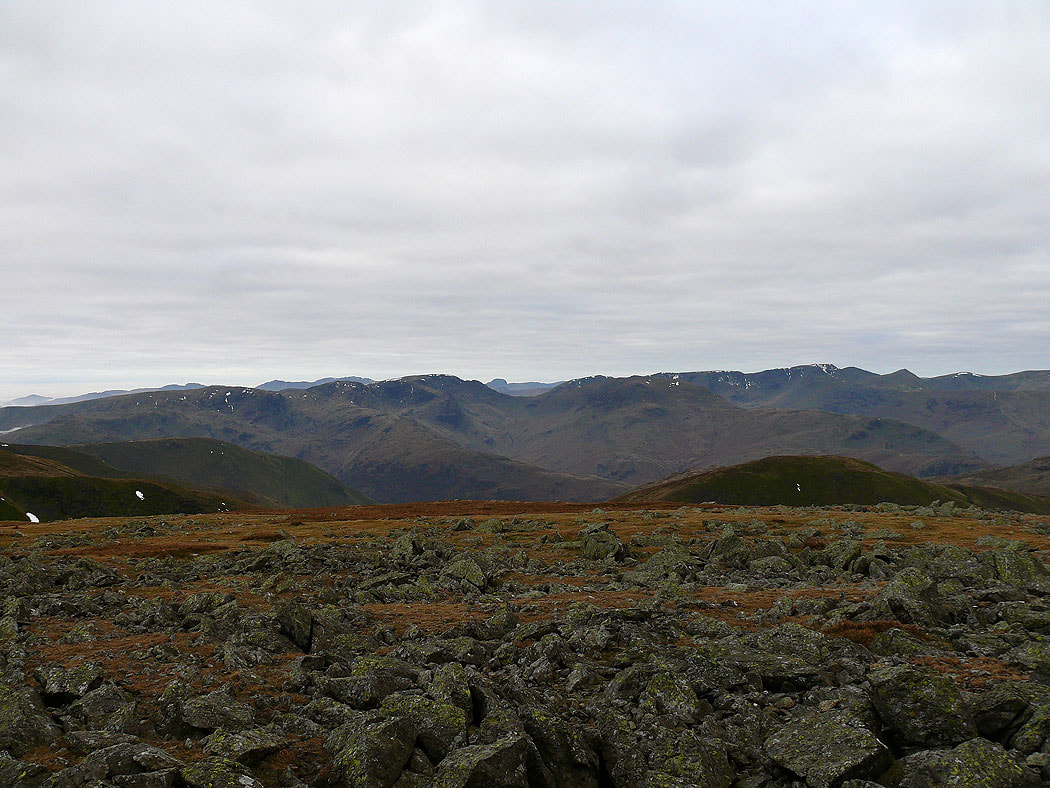 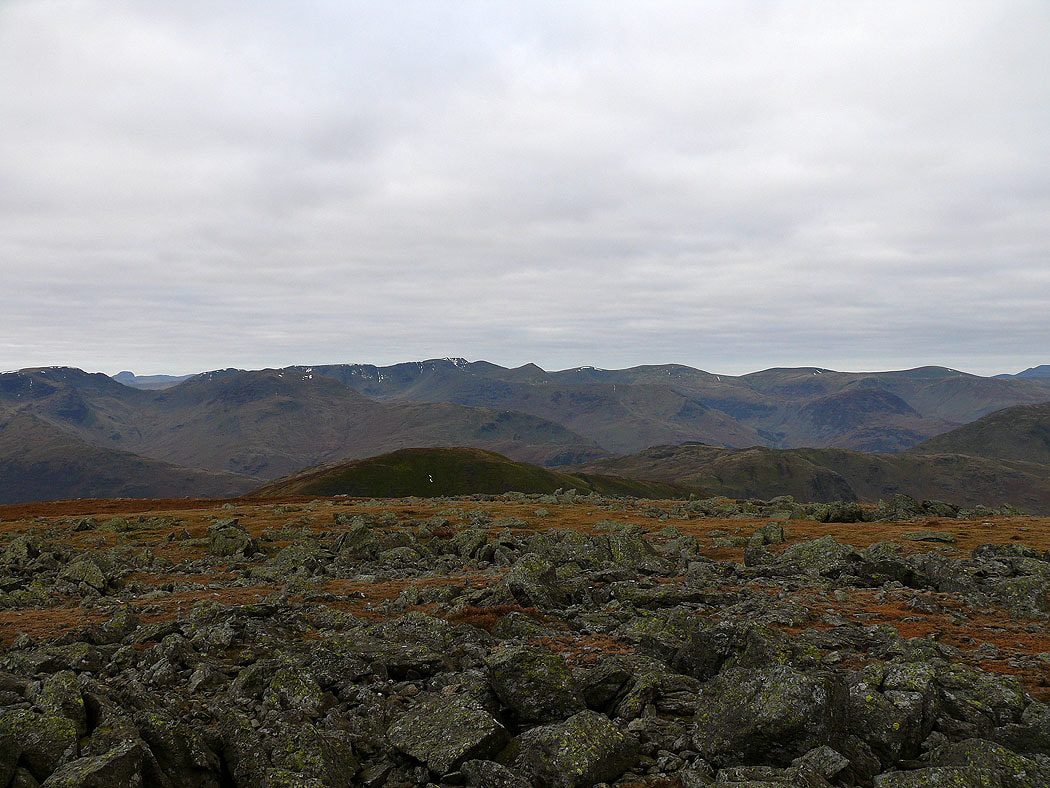 Helvellyn and the Dodds 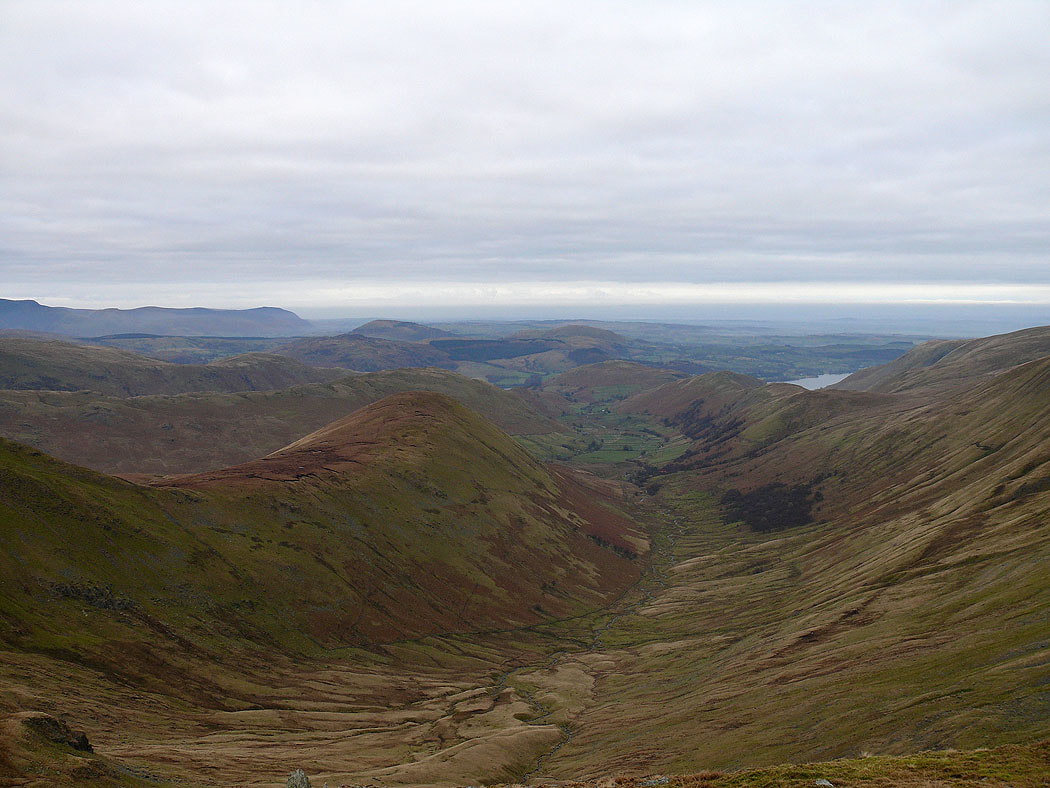 The view down Ramps Gill to Martindale from Rampsgill Head 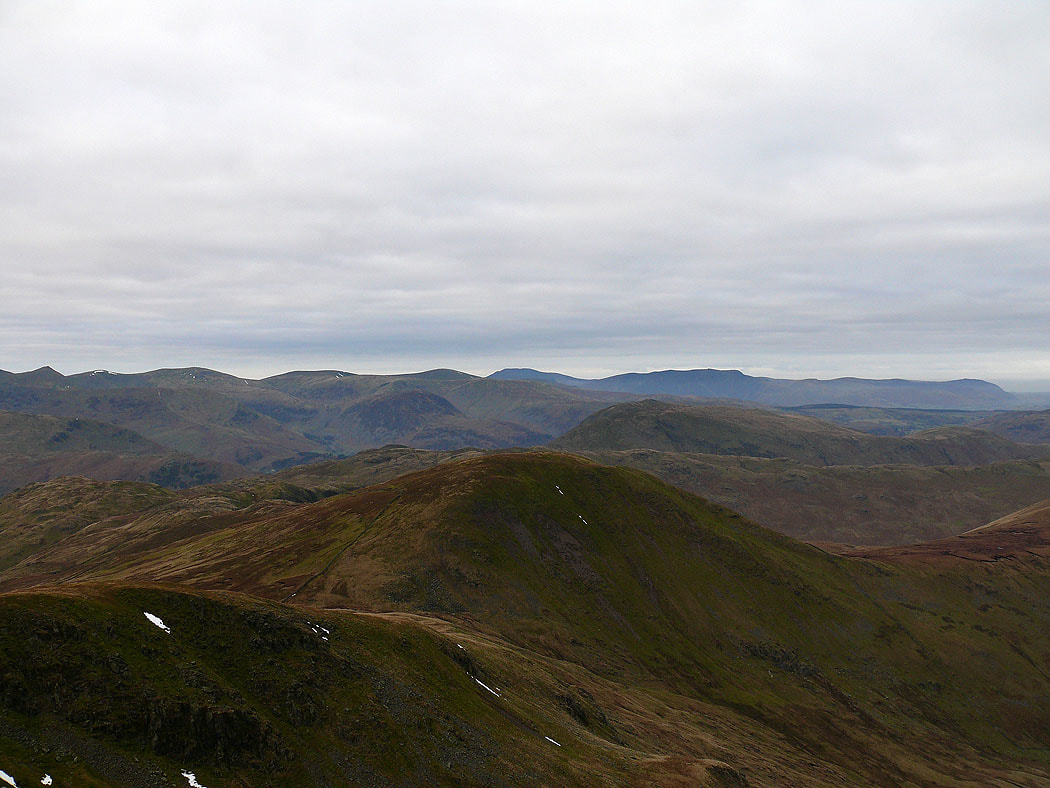 The Dodds, Skiddaw and Blencathra with Rest Dodd in the front of picture 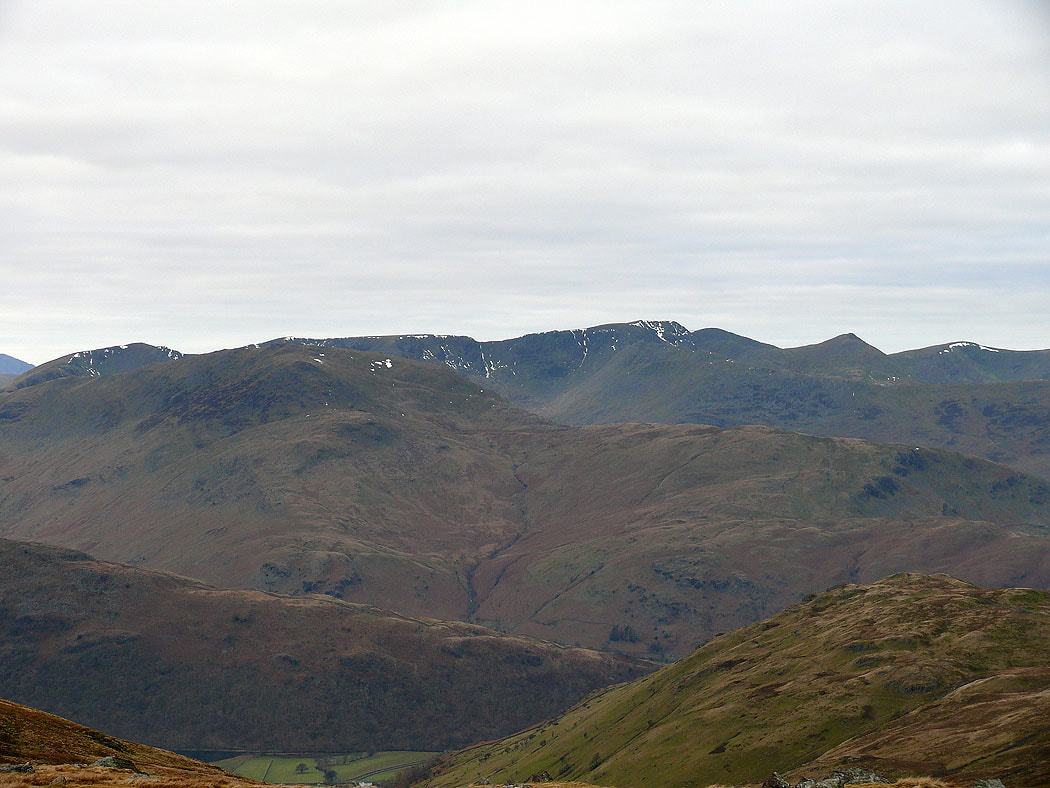 Zooming in on St. Sunday Crag and Helvellyn 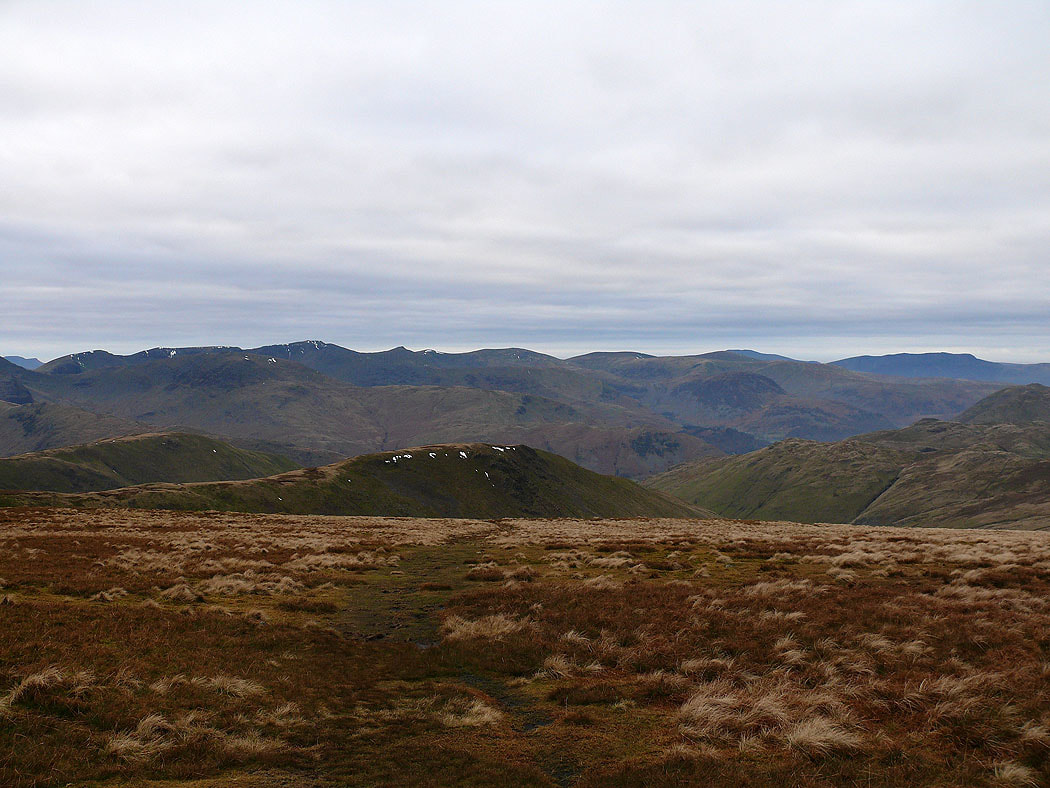 Helvellyn, the Dodds and Blencathra from High Street 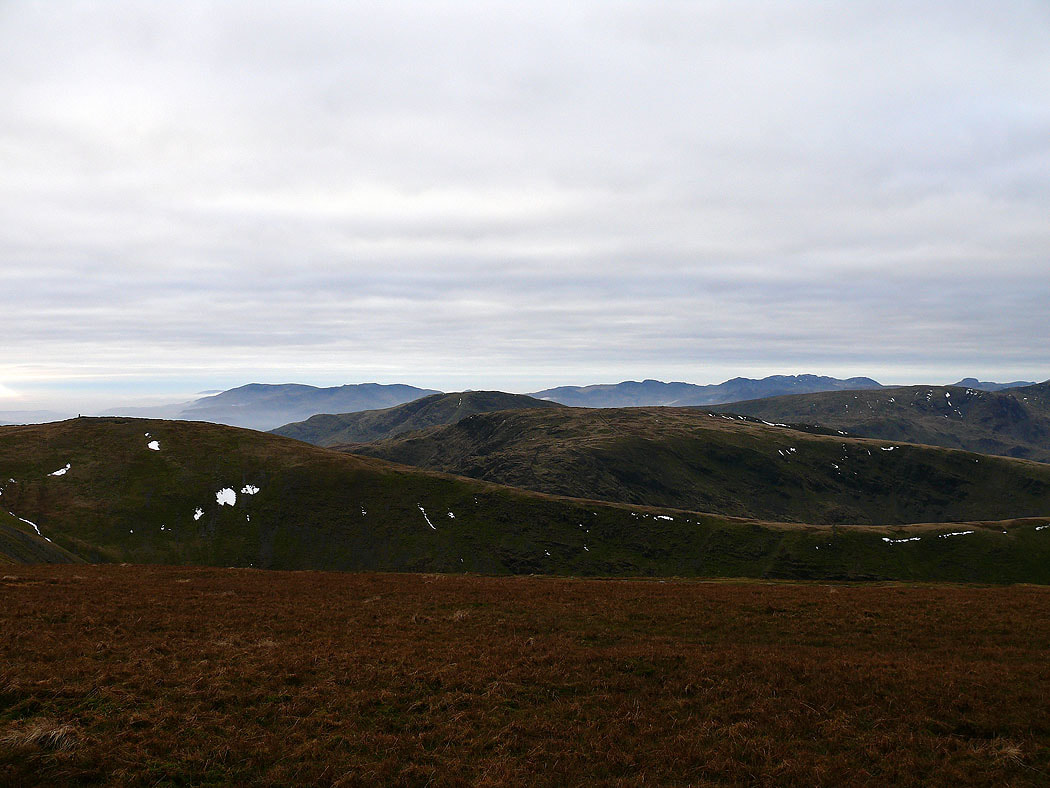 The Coniston fells, Crinkle Crags, Bowfell, the Scafells and Great Gable on the skyline. Thornthwaite Crag, Red Screes and Caudale Moor in the foreground. 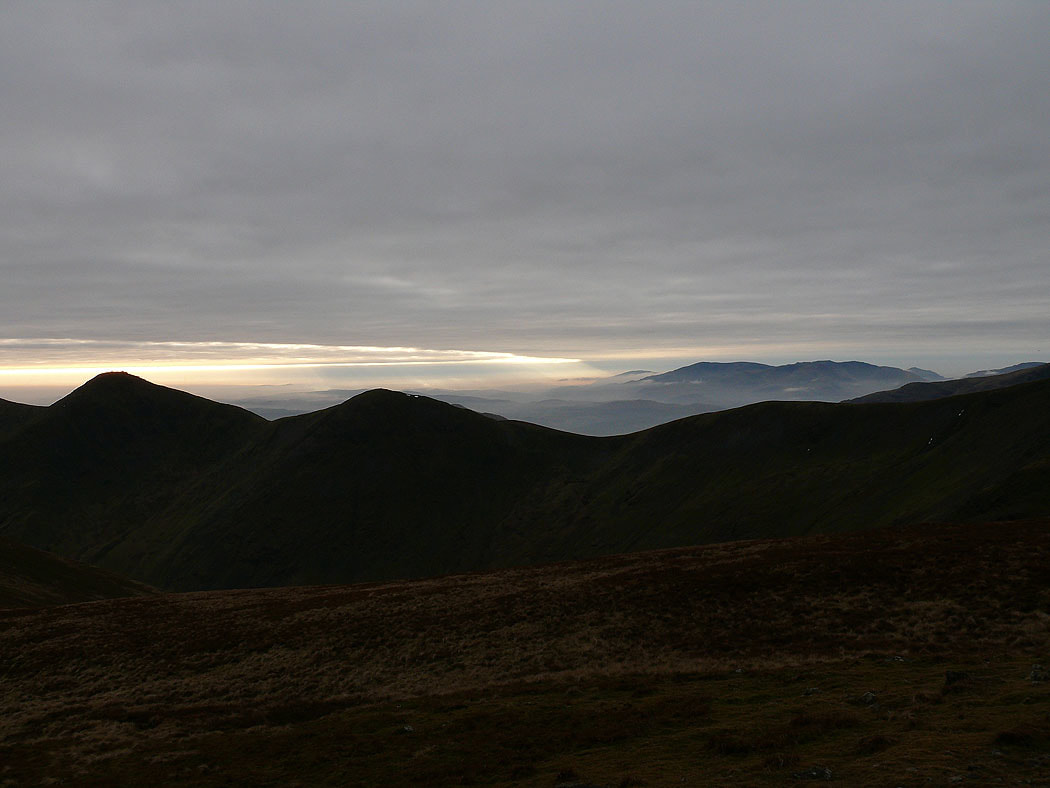 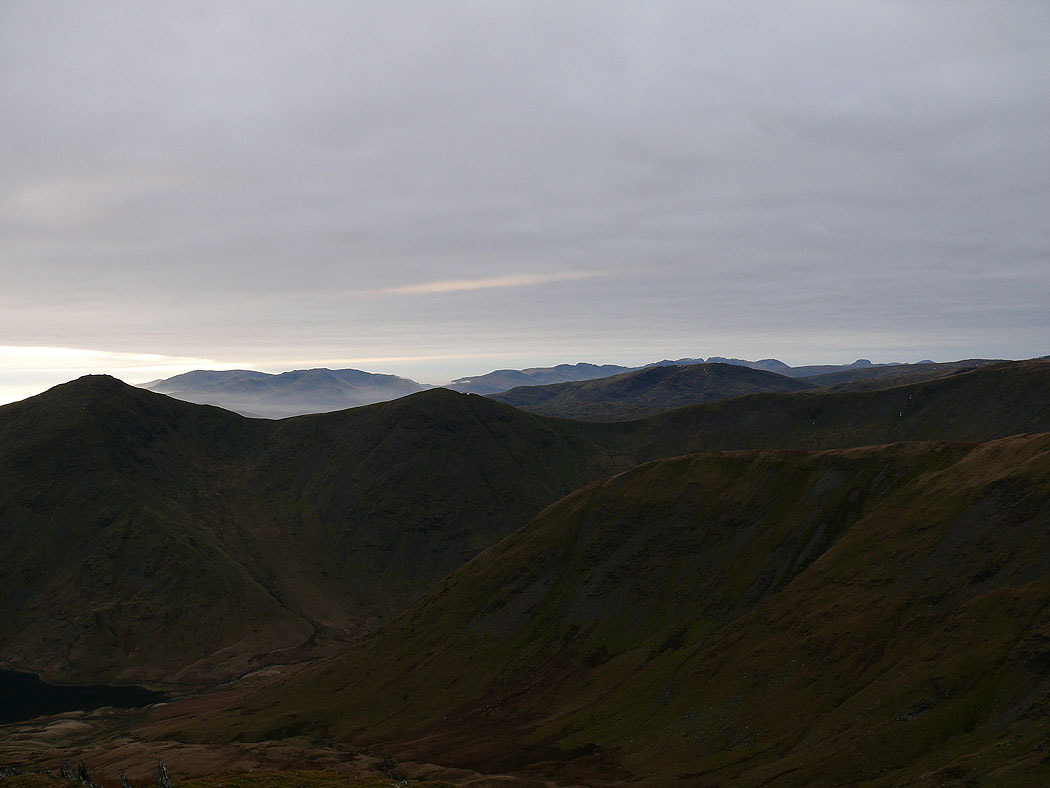 Distant views from the climb up Harter Fell 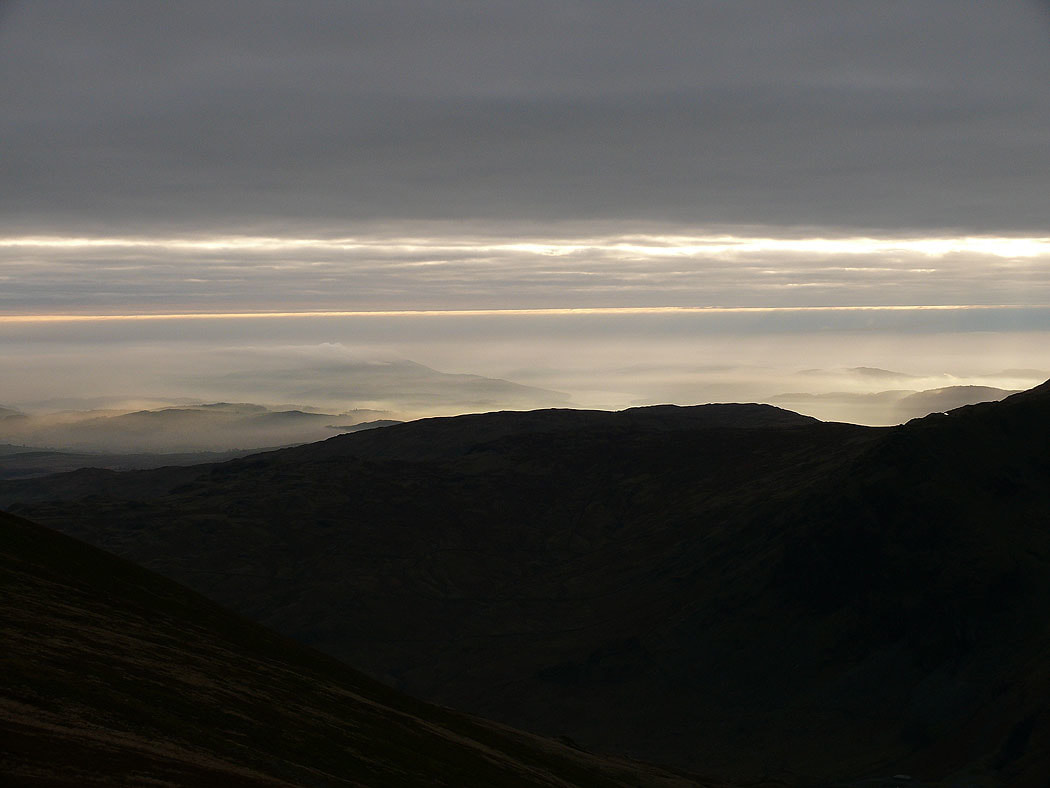 Misty down around Windermere 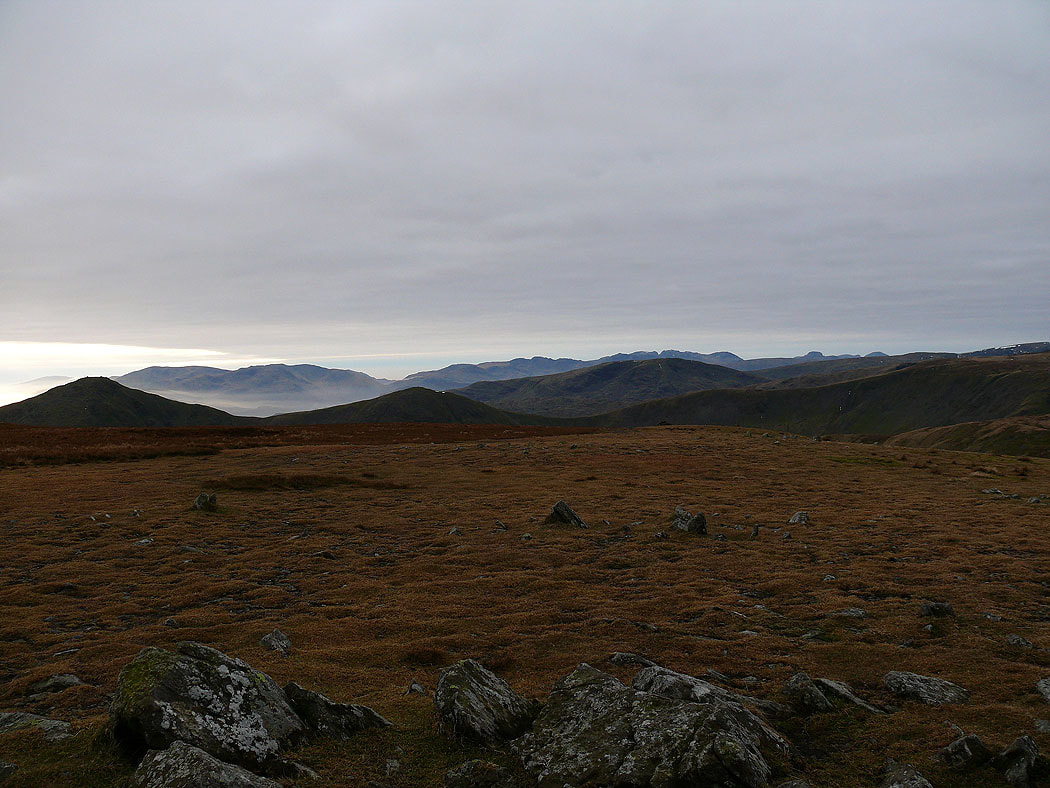 The view from Harter Fell. The Coniston fells, Crinkle Crags, Bowfell, the Scafells, Great Gable and Pillar in the distance with the Ill Bell ridge in the foreground. 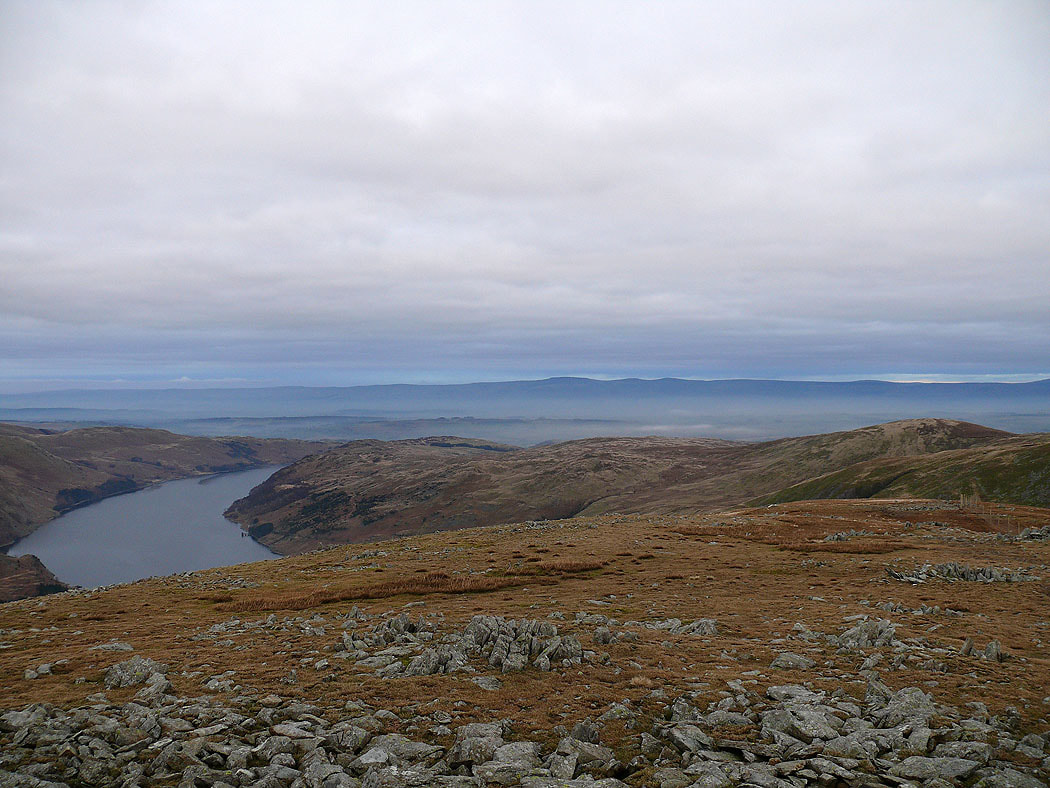 Cross Fell and the North Pennines from Harter Fell 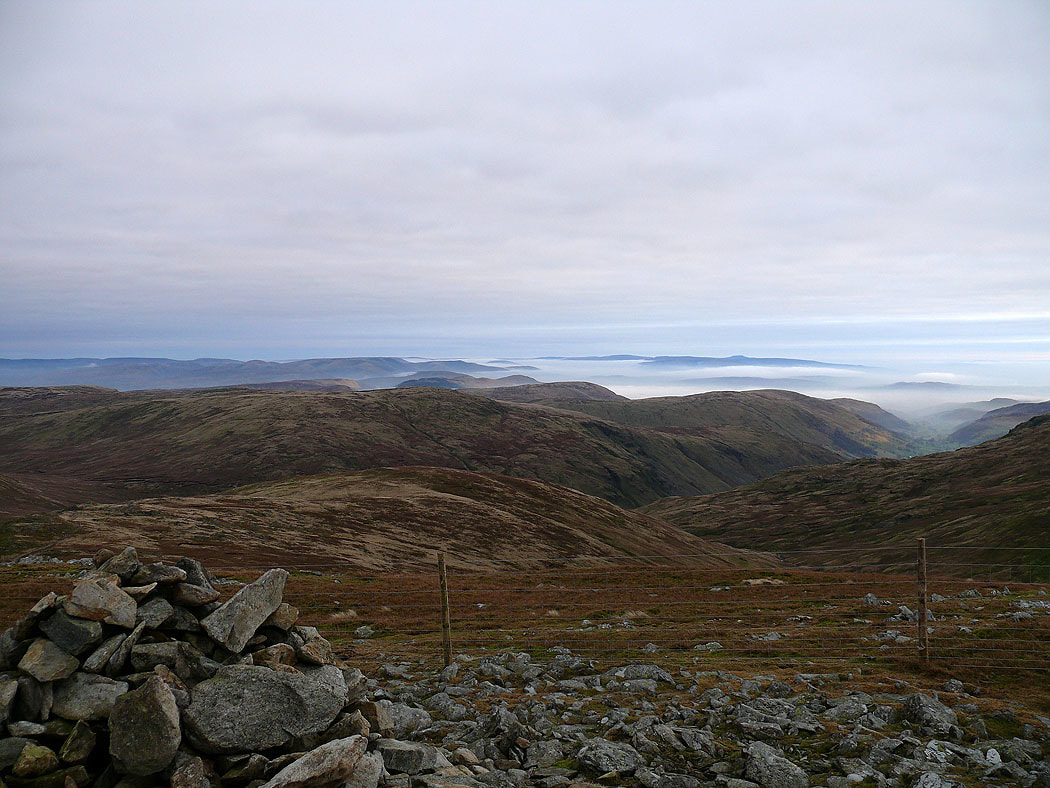 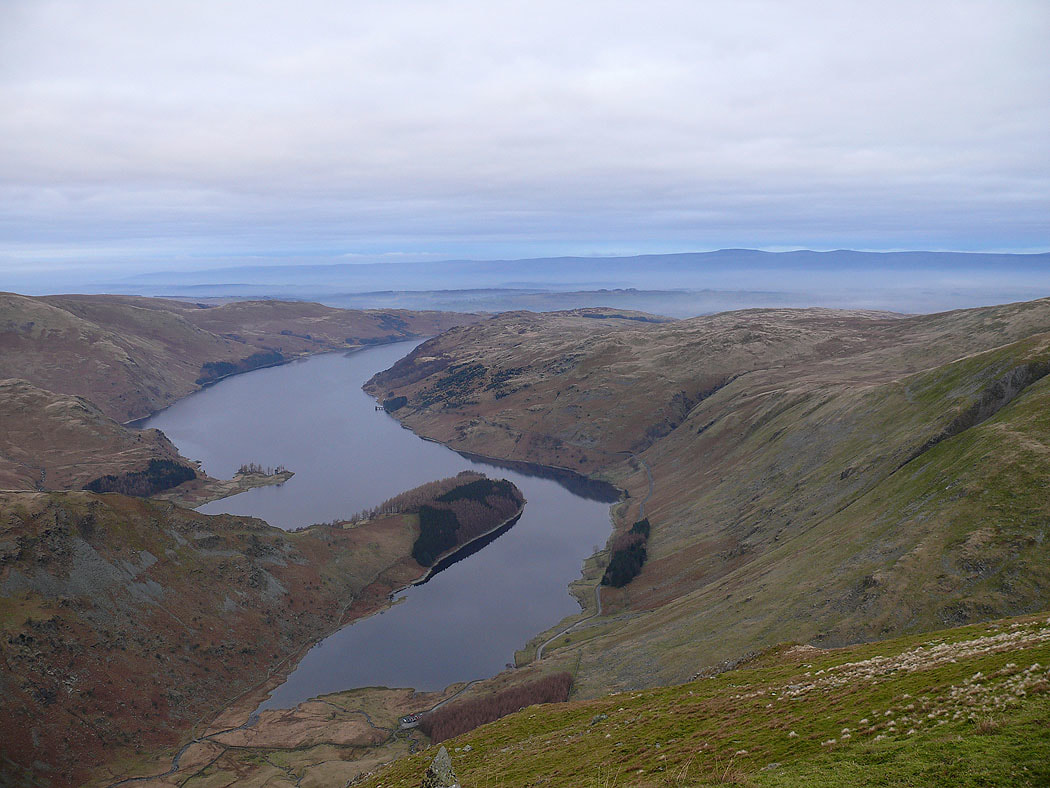 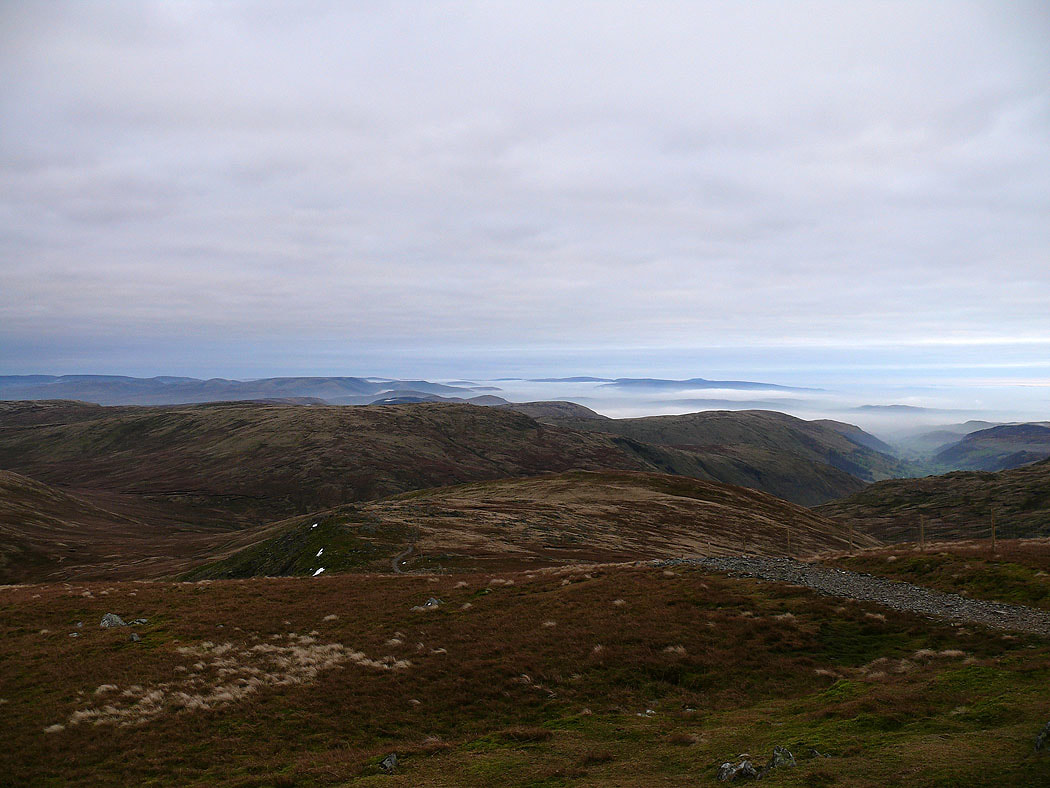 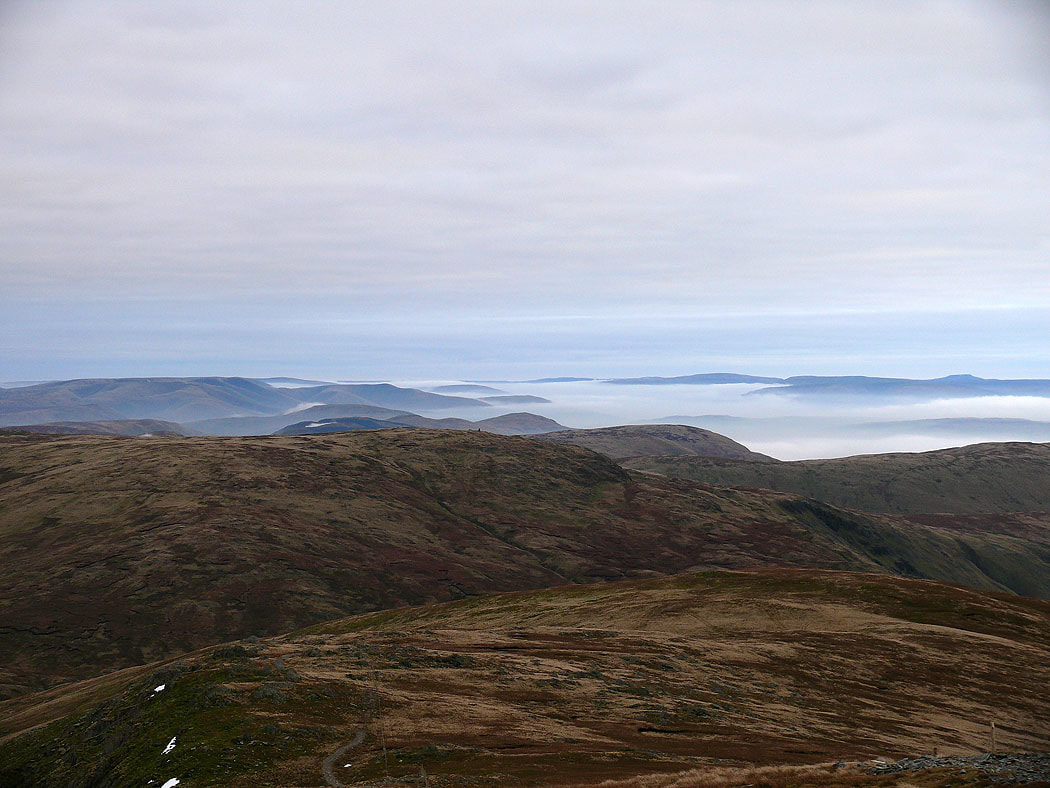