Eskdale is a beautiful valley and this walk to the summits of Bowfell and Esk Pike is a great way to see it. This was the first time I'd done these fells by this route and I'll have to do it again. The views of the Scafell range across Great Moss from Esk Pike's south ridge are particularly good.

After parking on the grass verge near Brotherilkeld Farm I passed the farm and made my way up Eskdale and then Lingcove to arrive at Three Tarns. I then climbed up to the summit of Bowfell. From Bowfell I headed across to Esk Pike before making my way back by Esk Pike's south ridge and down Eskdale.
Route map 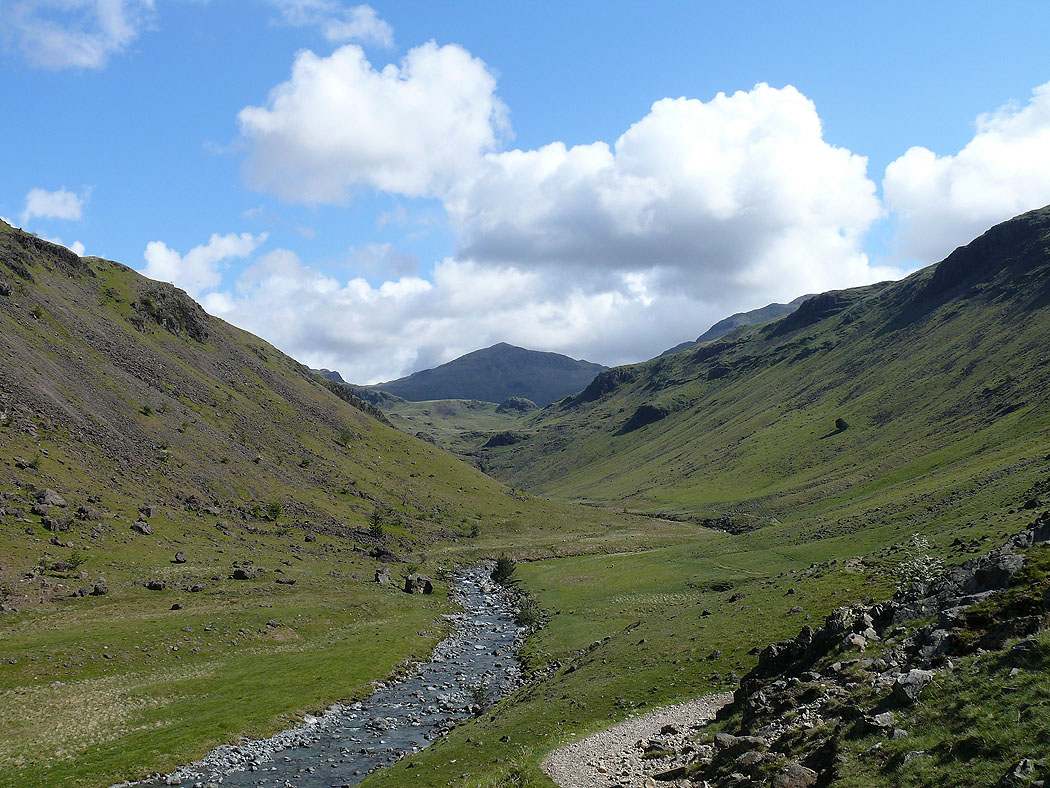 Bowfell at the head of Eskdale 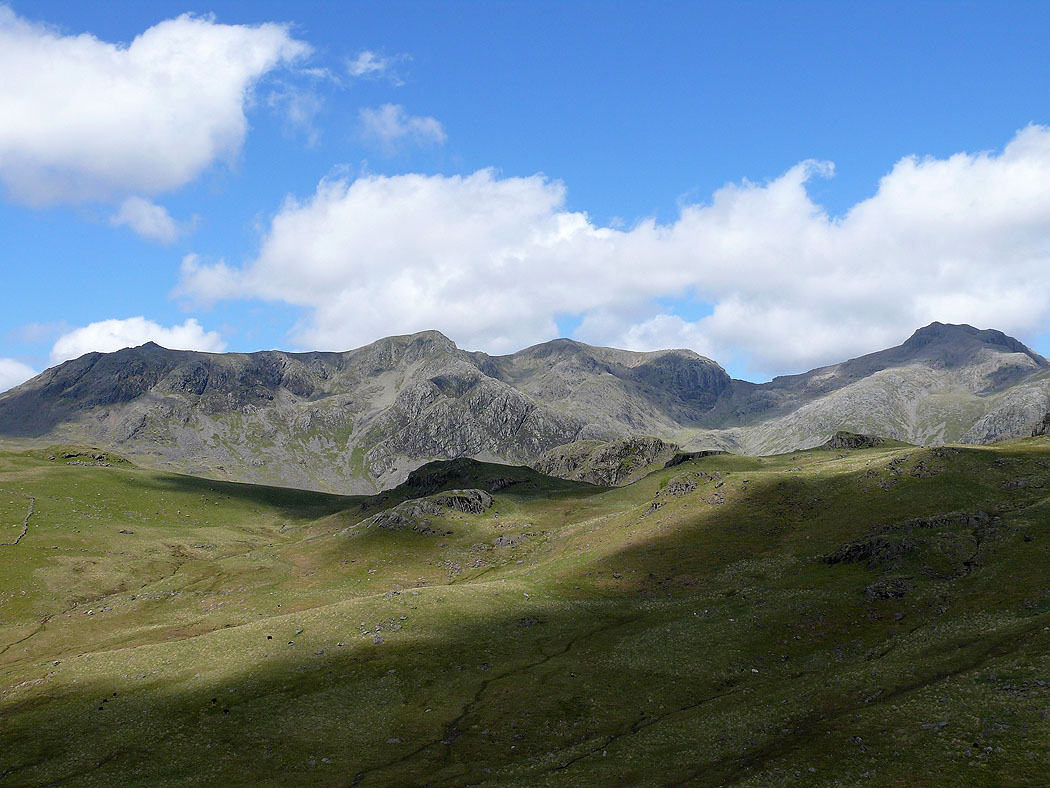 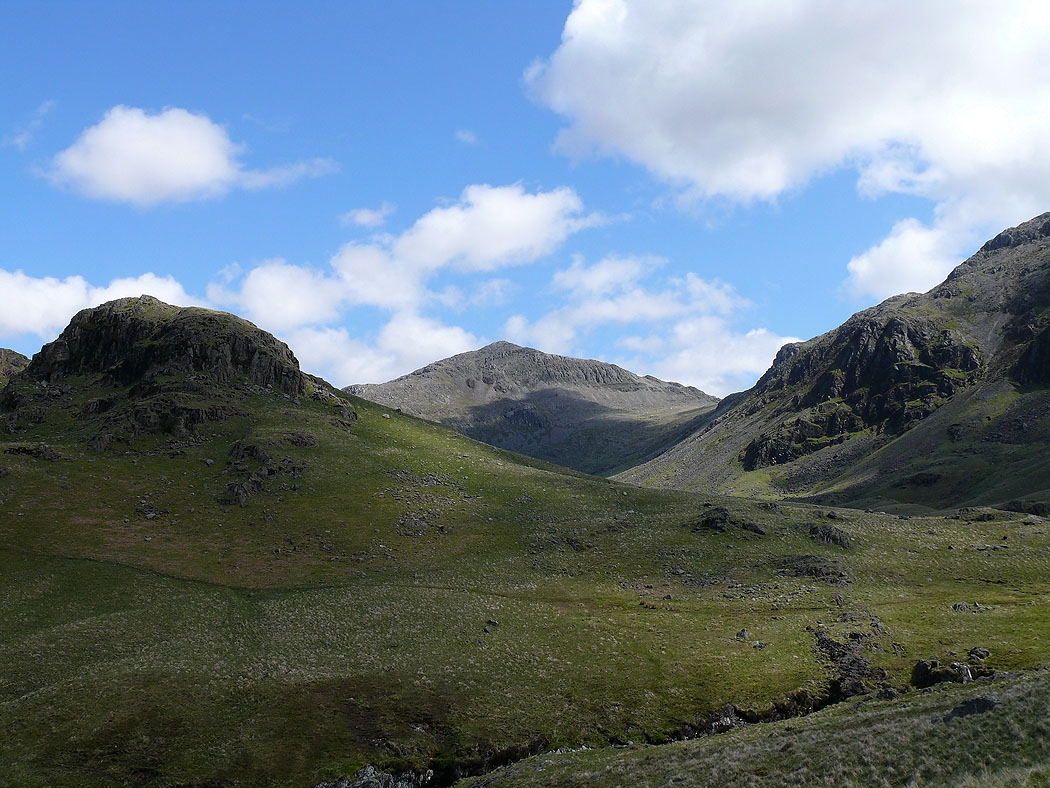 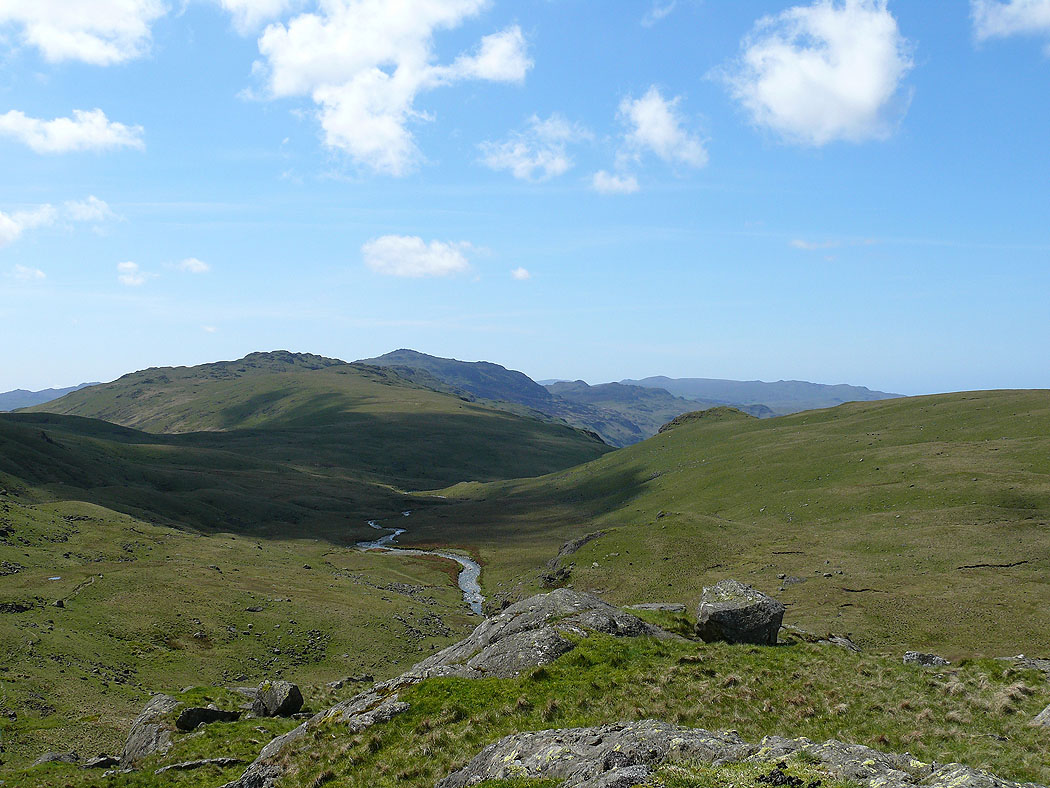 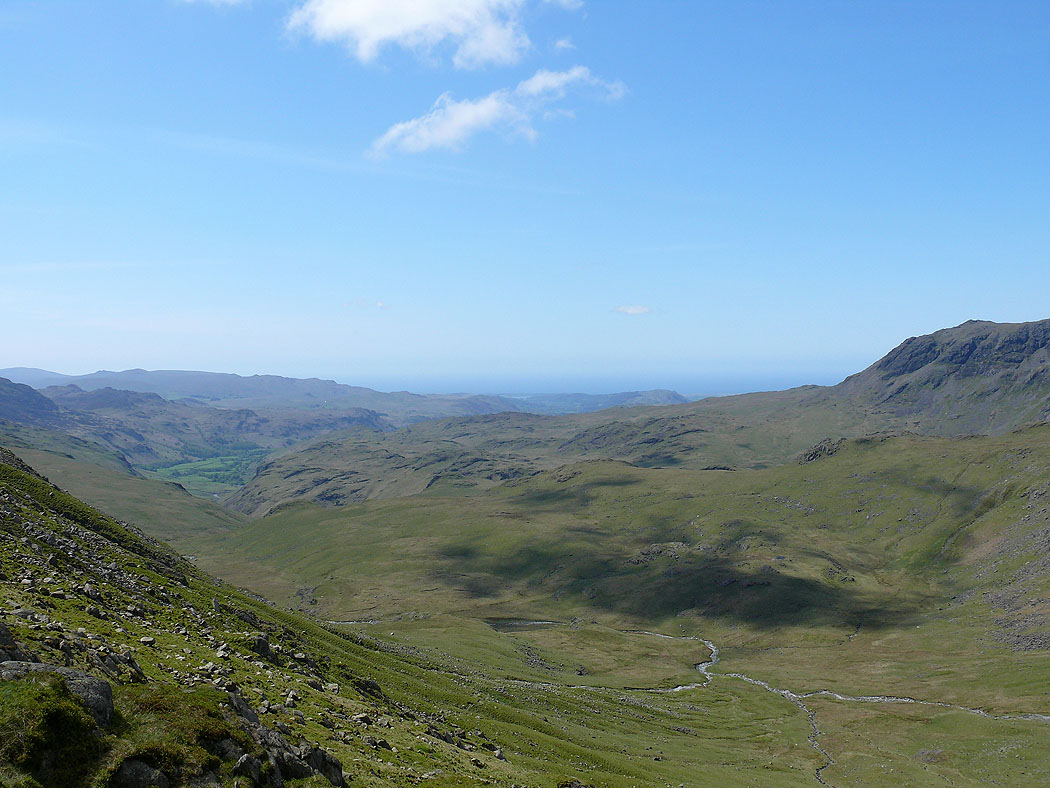 Almost at Three Tarns with Lingcove and Eskdale below 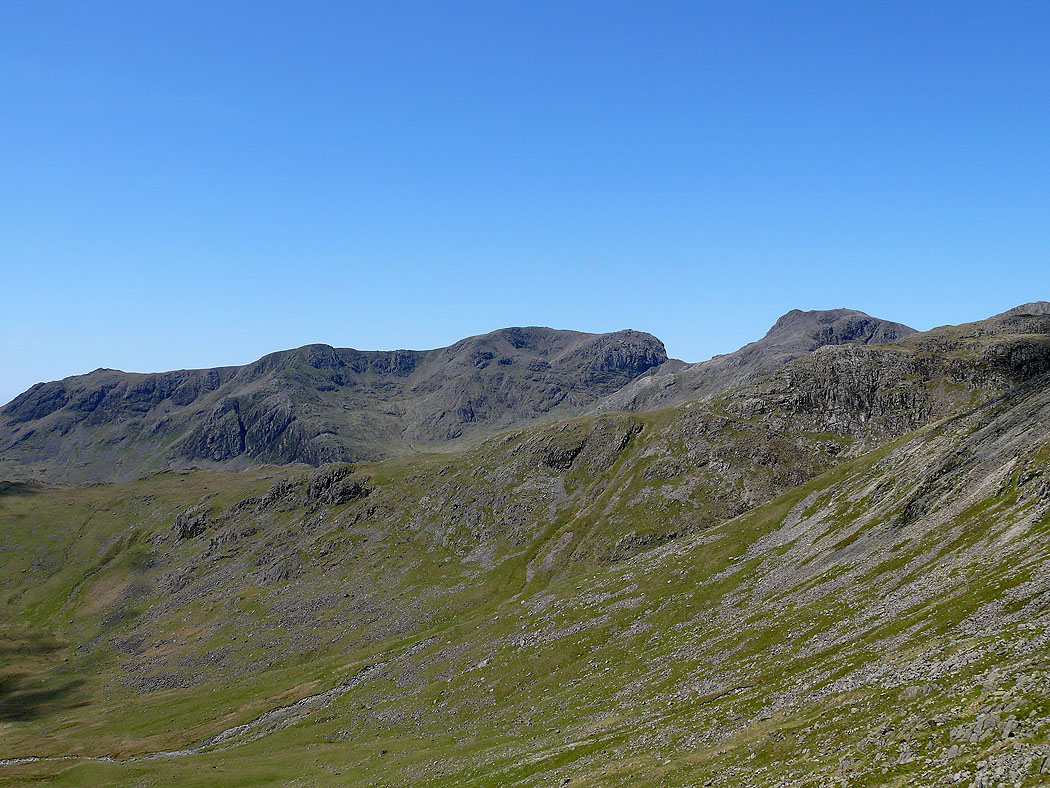 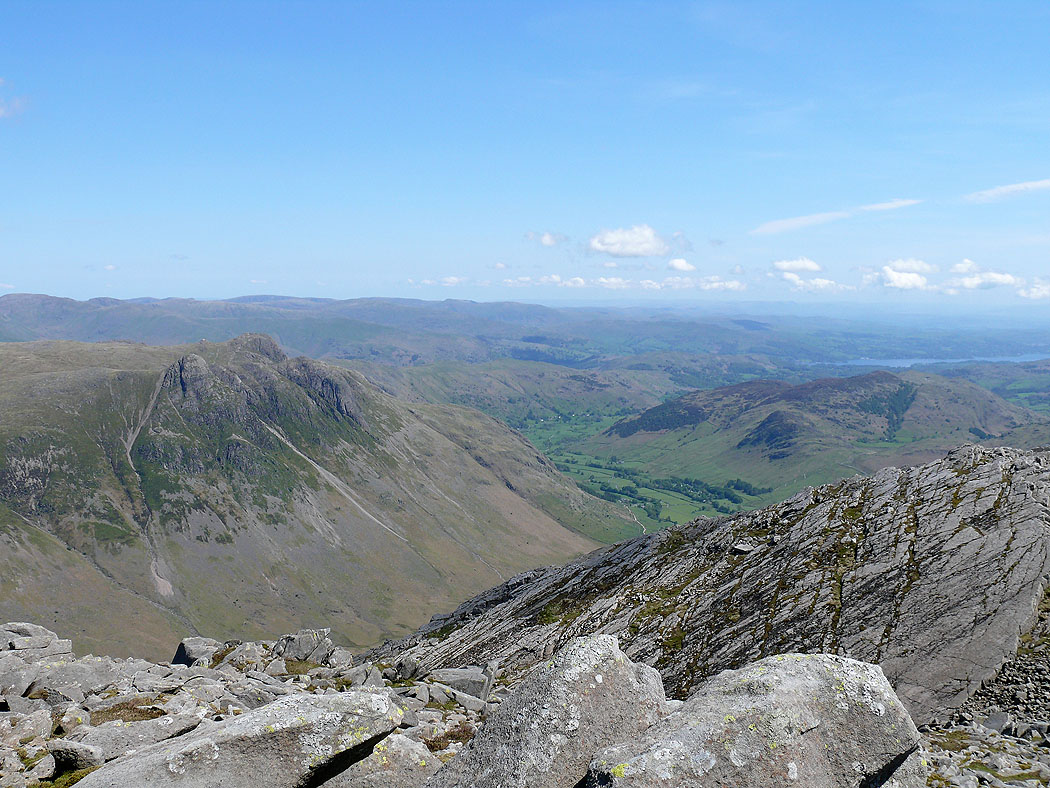 Langdale and the Langdale Pikes from Bowfell's Great Slab 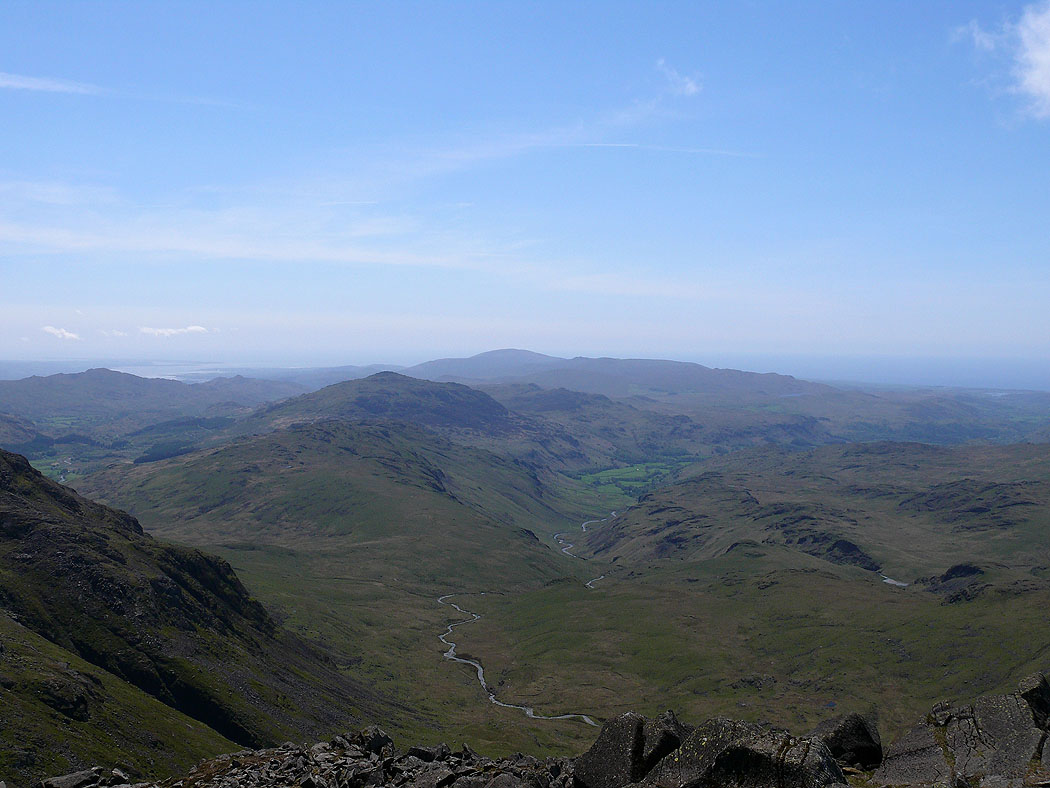 Hard Knott, Harter Fell and Eskdale from the summit of Bowfell 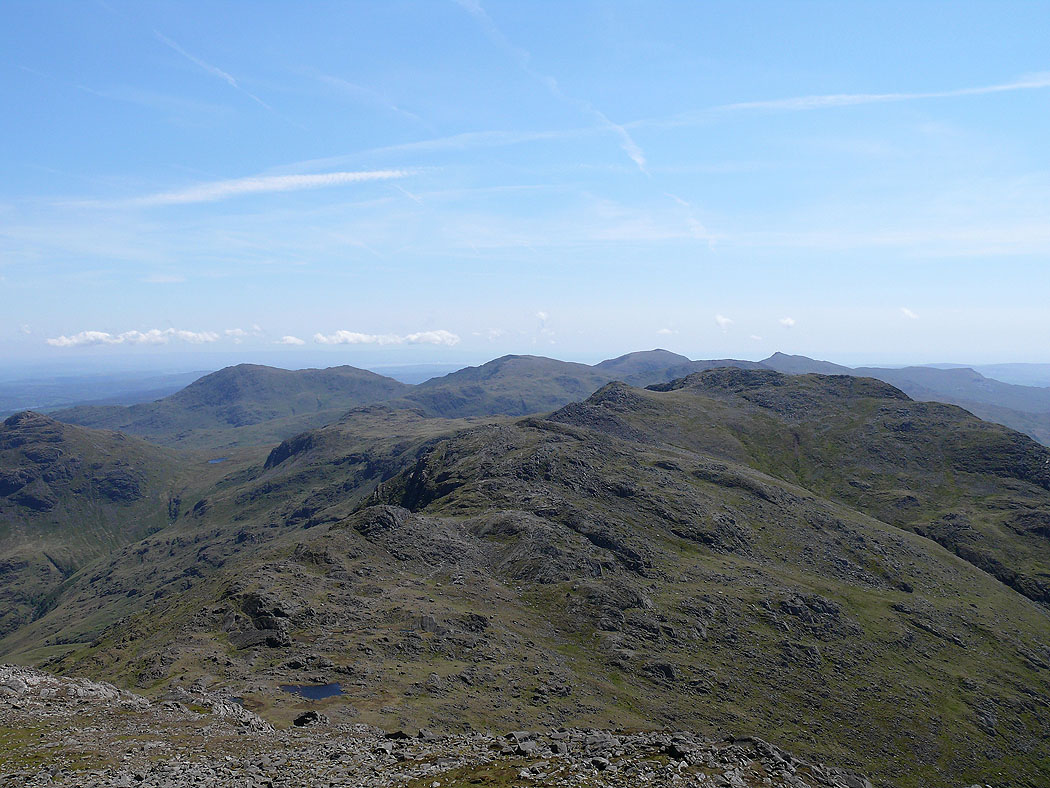 The Coniston fells and Crinkle Crags 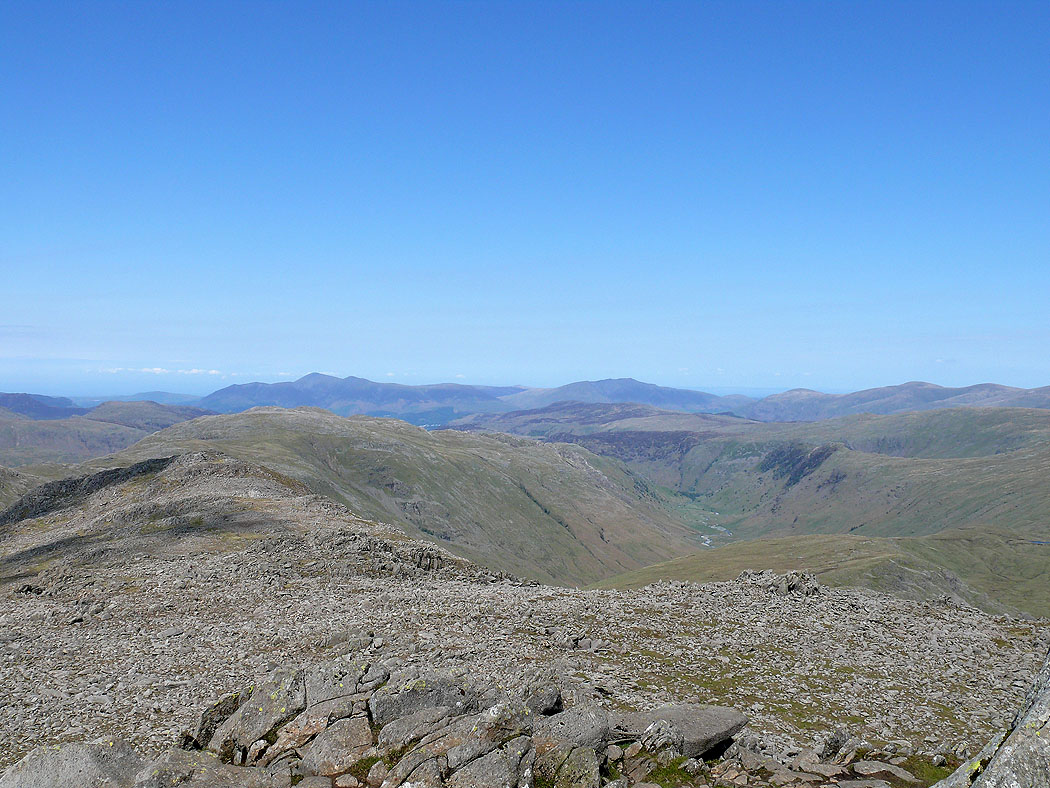 The view north over Glaramara to Skiddaw and Blencathra 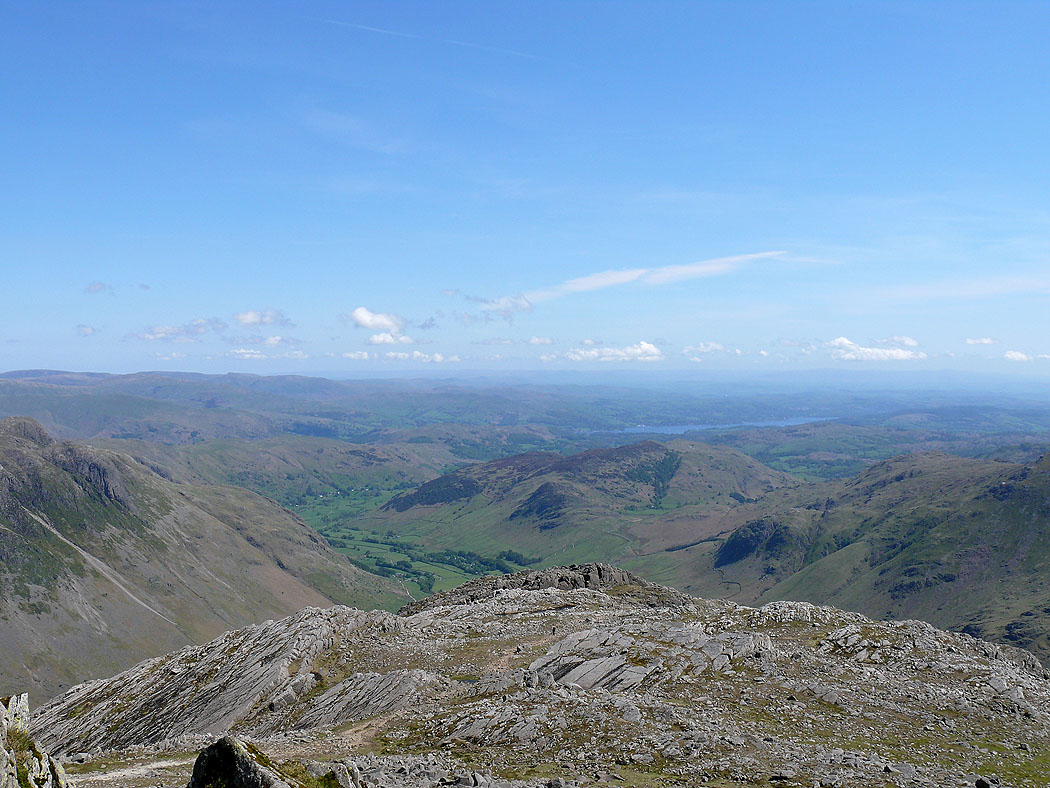 The view down Langdale to Windermere 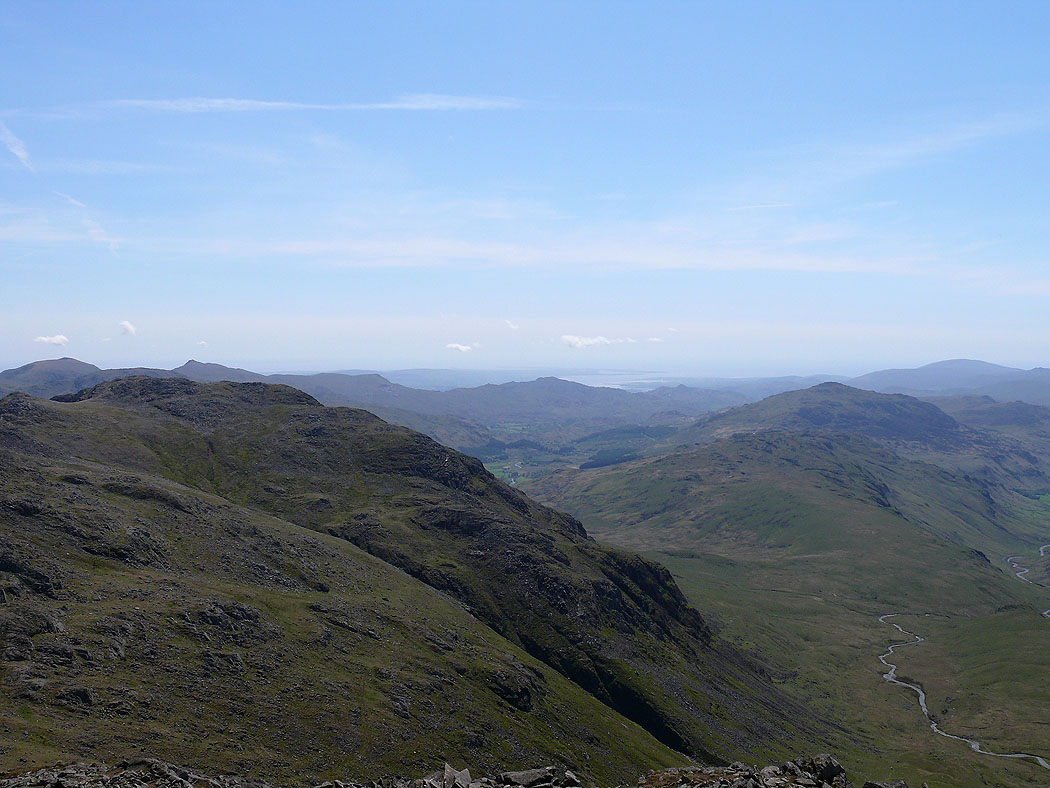 A glimpse of the Duddon valley behind Long Top 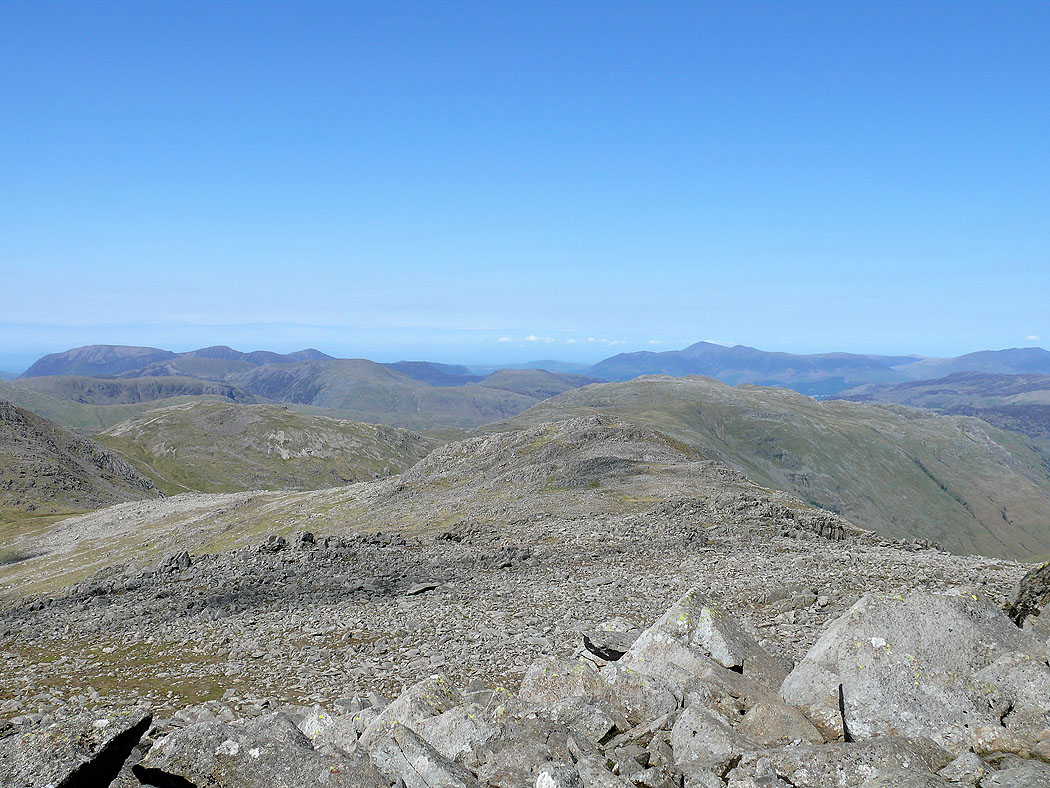 The northwestern fells and Skiddaw behind Allen Crags and Glaramara 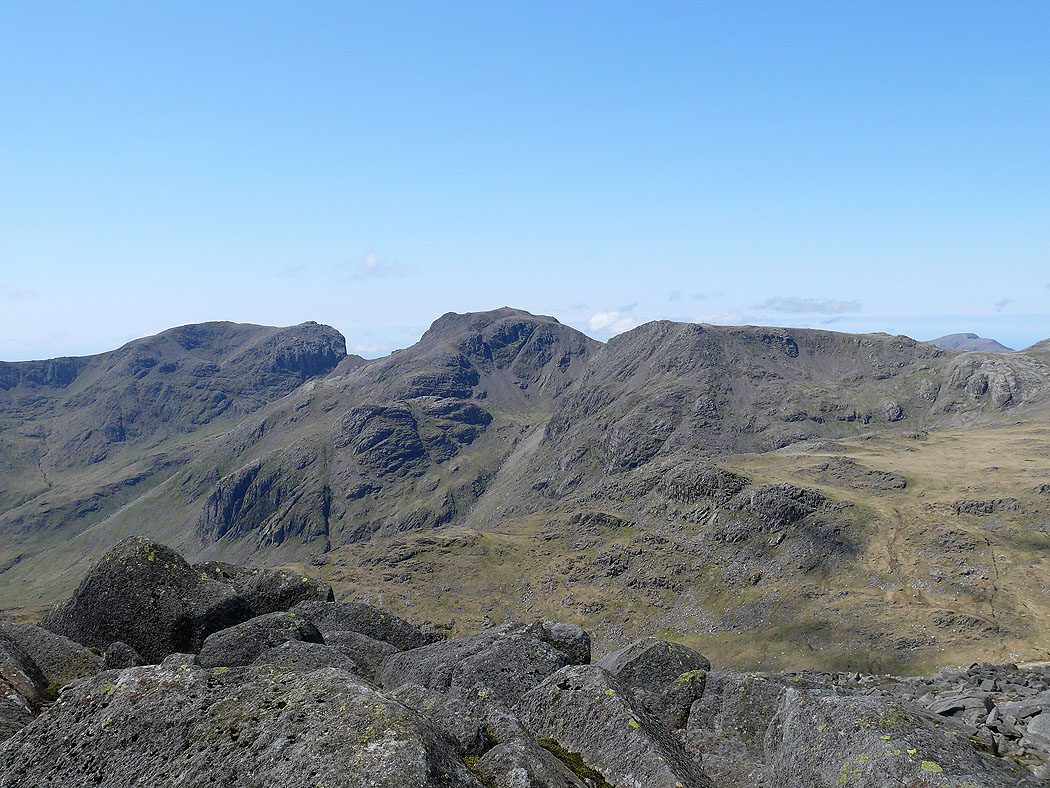 Scafell and Scafell Pike from Bowfell 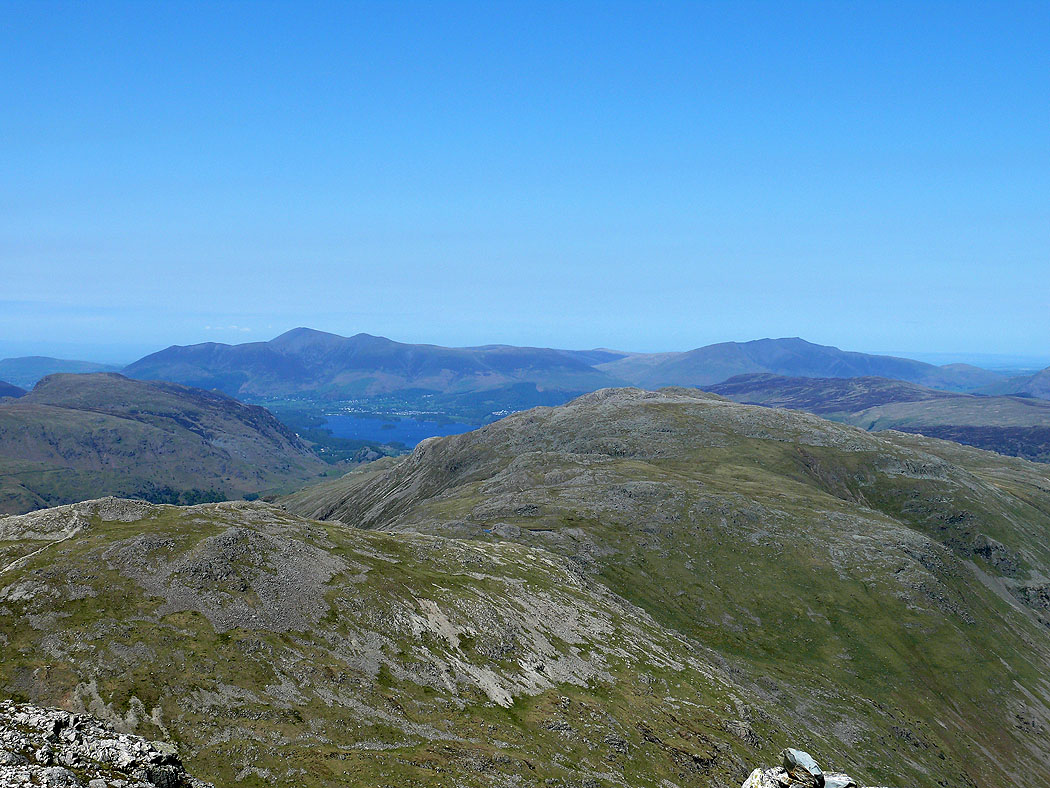 The view from the summit of Esk Pike. Allen Crags and Glaramara with Skiddaw, Derwent Water and Blencathra in the background. 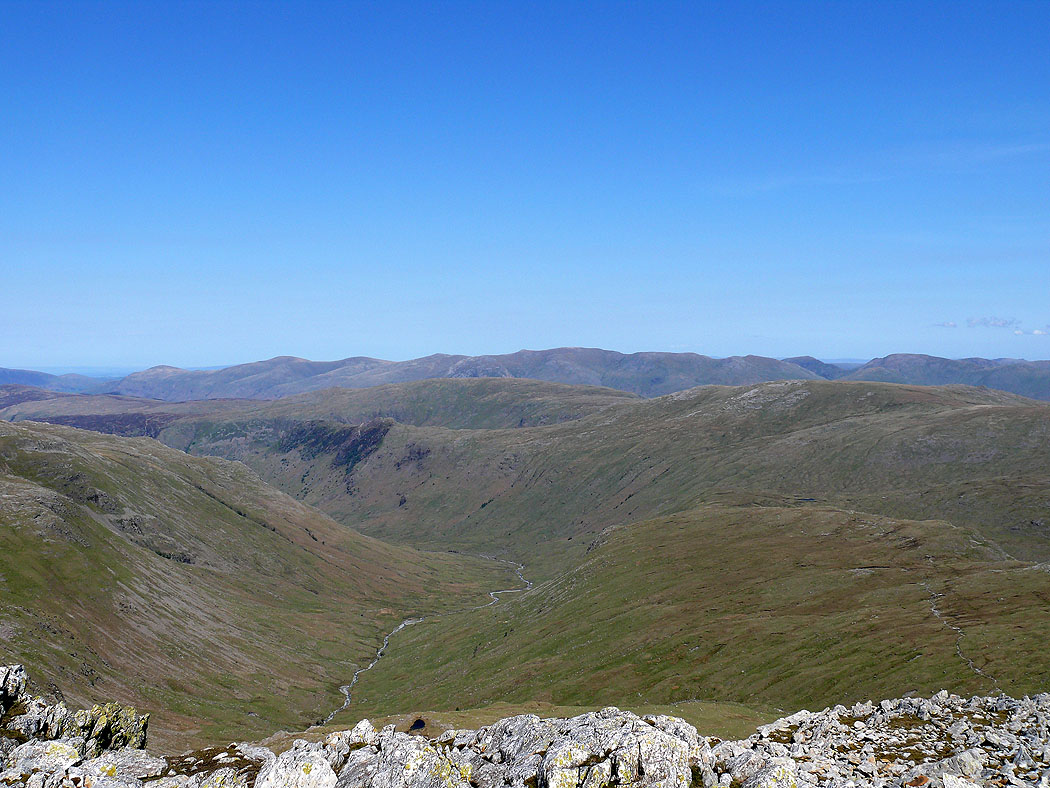 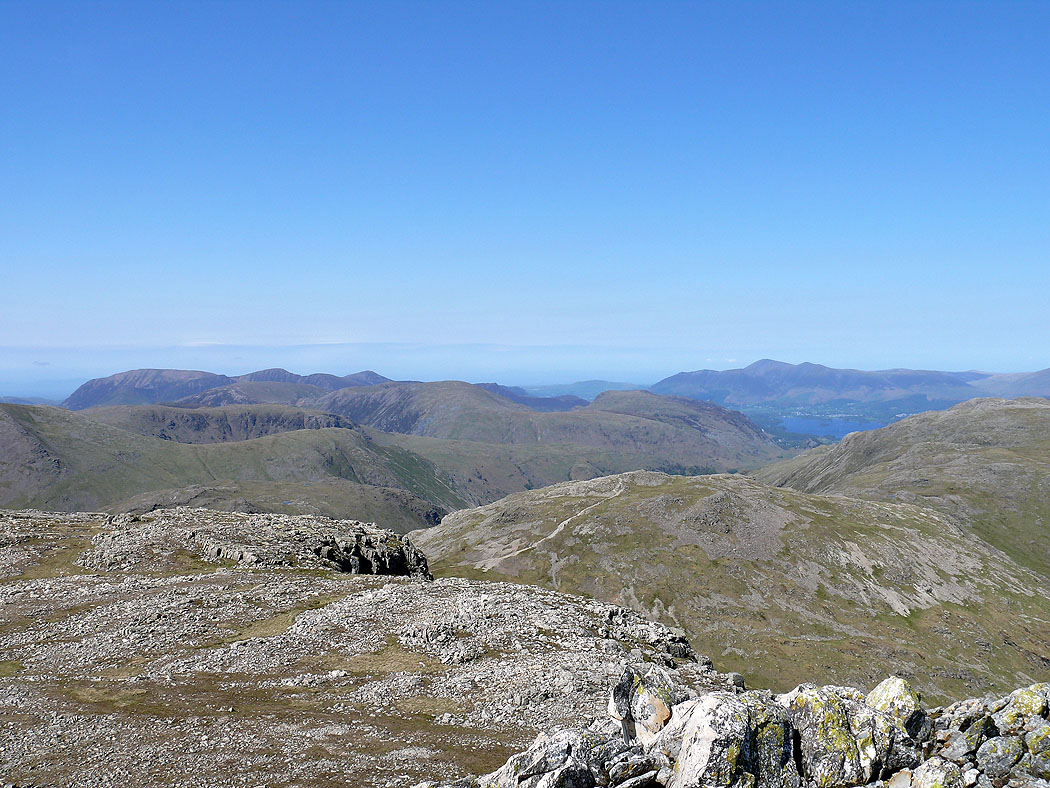 The northwestern fells and Skiddaw from Esk Pike 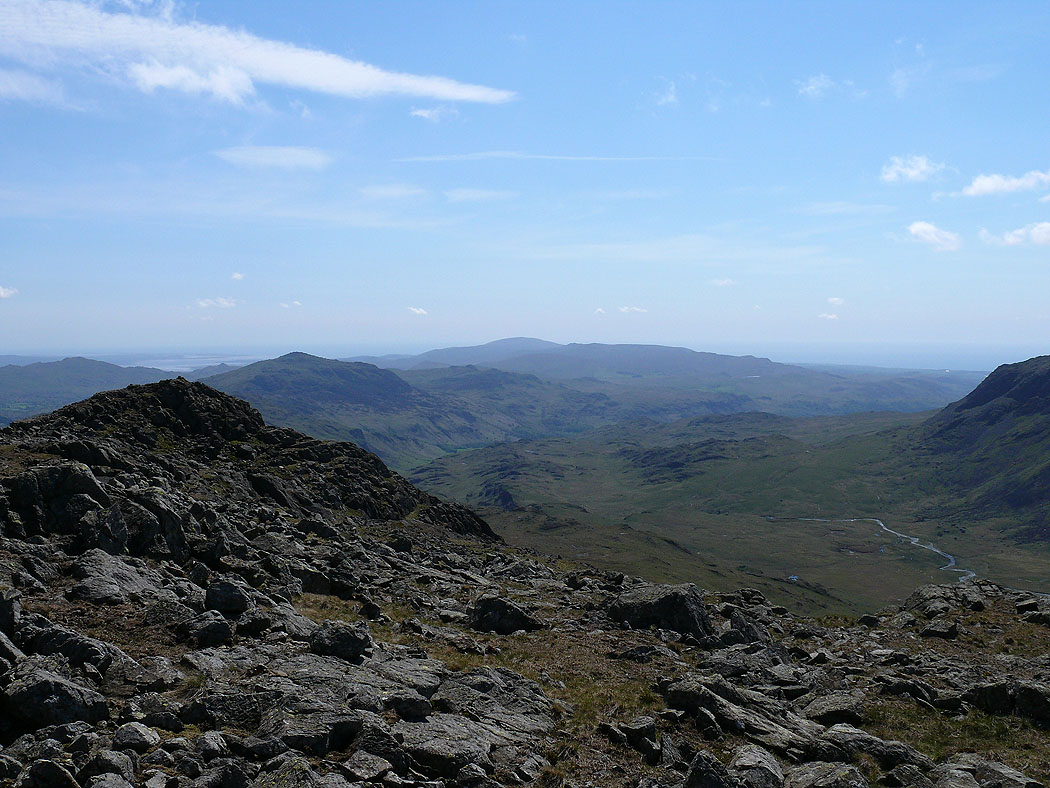 The view ahead down Eskdale from Pike de Bield 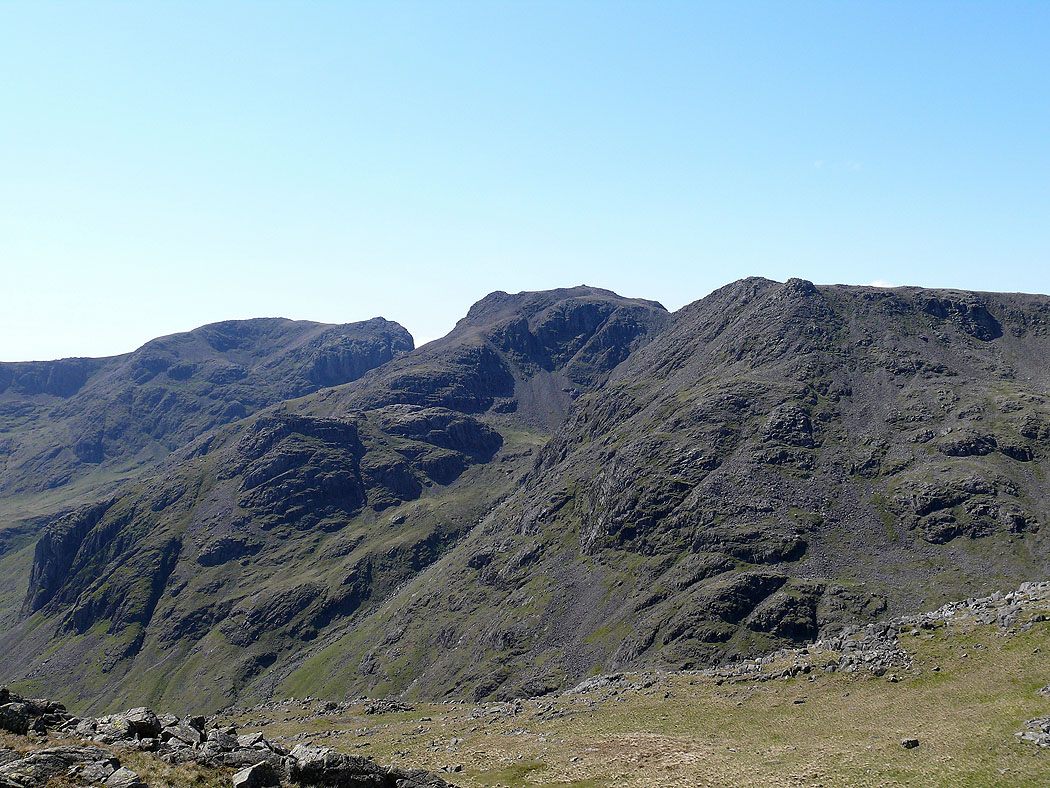 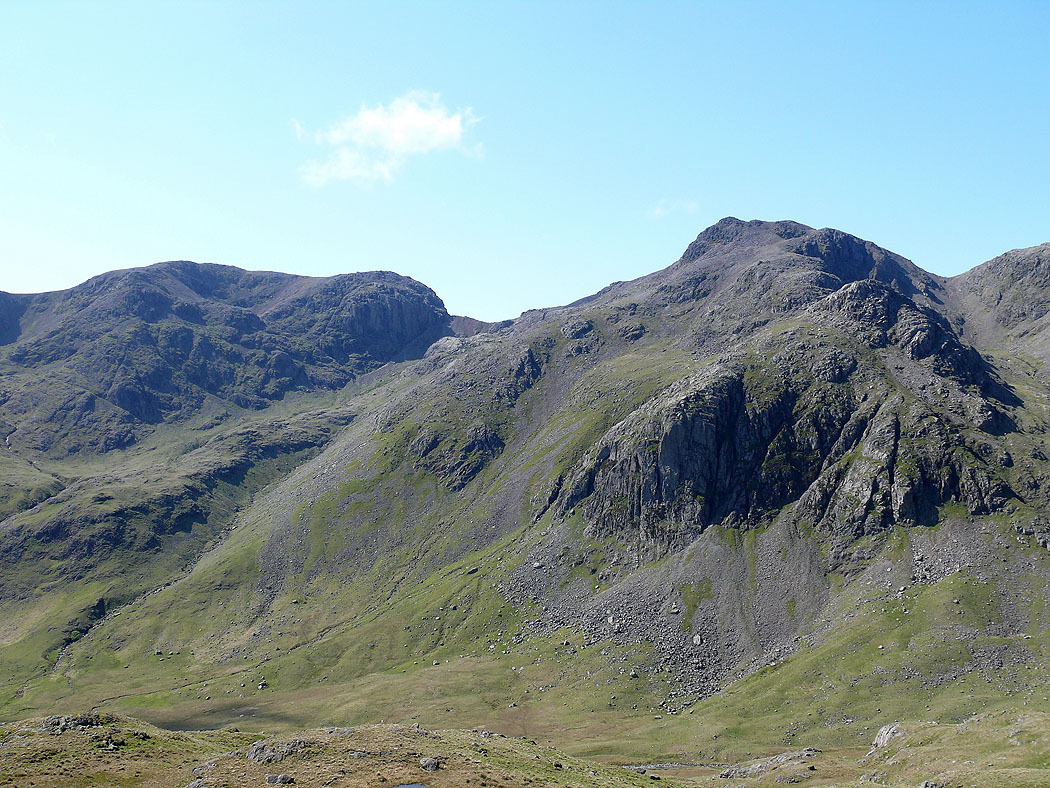 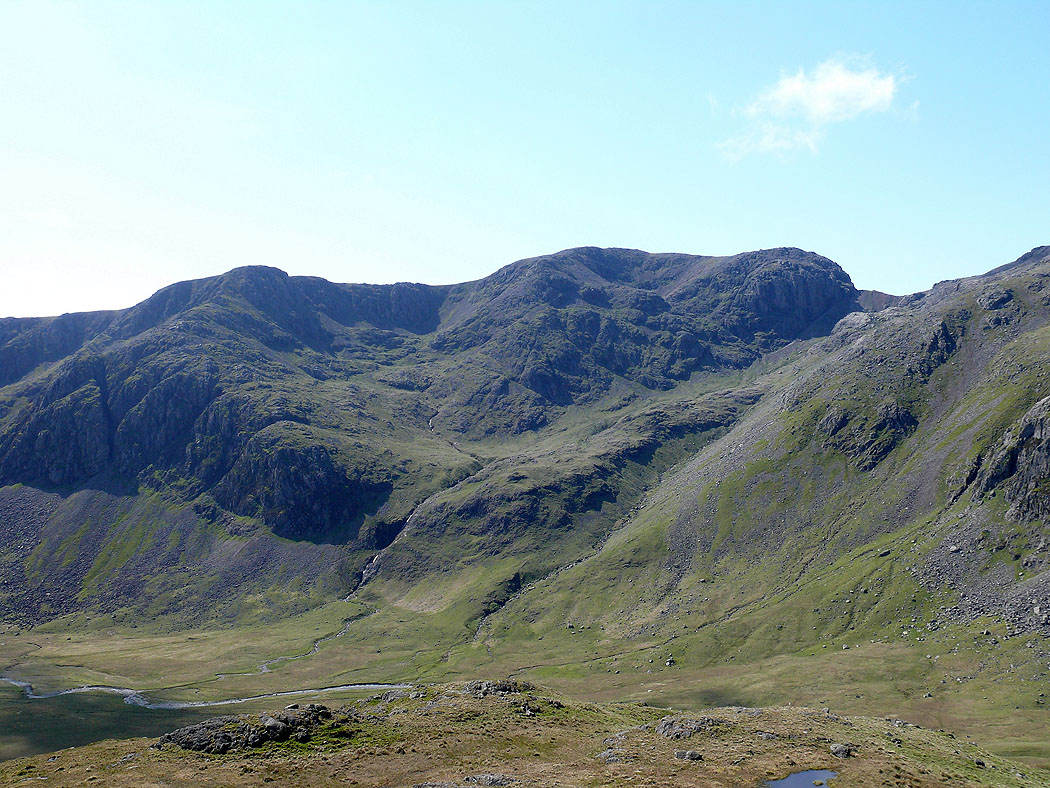 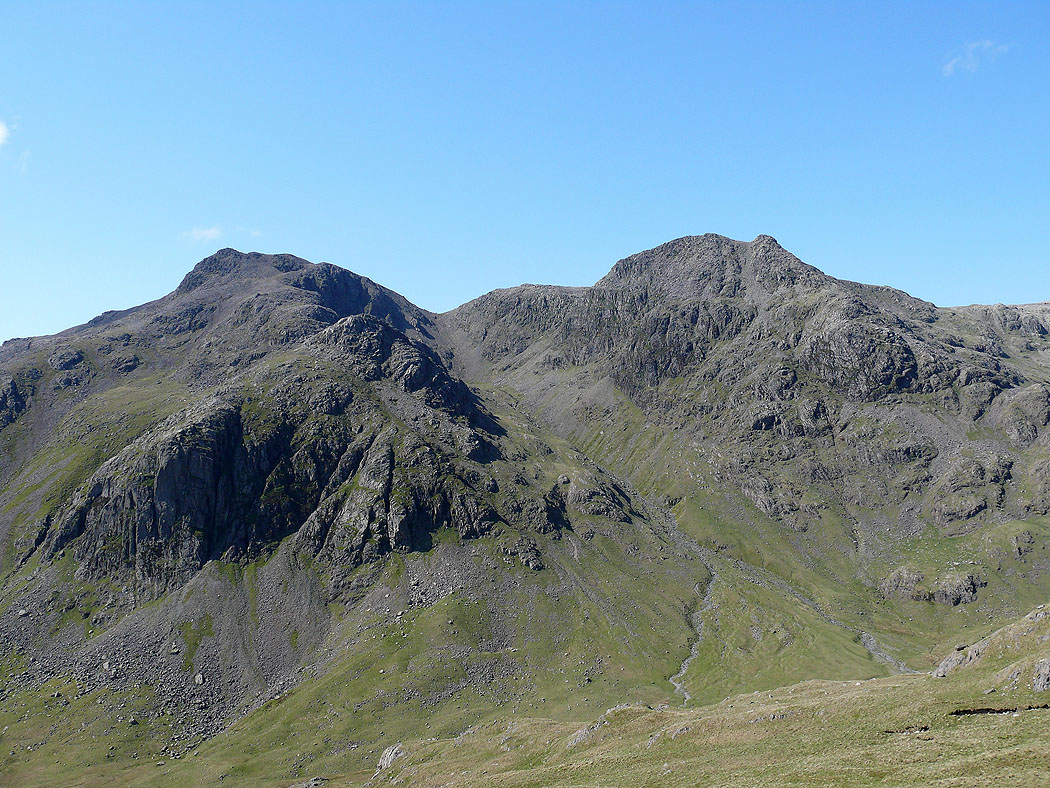 Scafell Pike and Ill Crag. Now for the long walk back down Eskdale.
Return to HOME
Return to Lake District Walks
Return to Walking Diary 2009