An ill-fated walk up The Calf in the Howgills today. The forecast had been for the clouds to be above the tops and even a bit of sunshine. When I arrived in Sedbergh the sun was out and the tops were clear but that didn't last. The cloud came down while I was on Arant Haw and just got lower throughout the day. Since I was already up there I decided to carry on with my walk to The Calf and back. It's a route I've done several times and is easy to follow so I had no worries about going astray. The white stuff on the ground isn't snow but soft hail and it was tricky to walk on.

From Sedbergh I walked up Howgill Lane to Lockbank Farm to take the footpath through the farmyard. I then followed the bridleway around the side of Winder, up by Settlebeck Gill and on to Calders and The Calf with a detour to the top of Arant Haw. To head back I simply retraced my steps without the detour and down Joss Lane into Sedbergh.
Route map 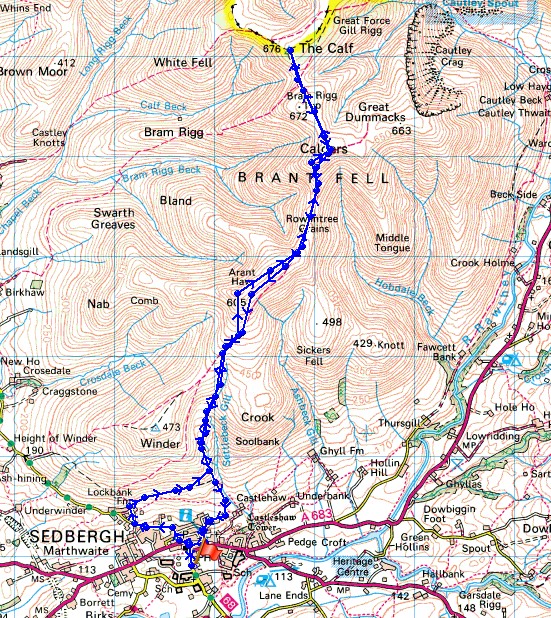 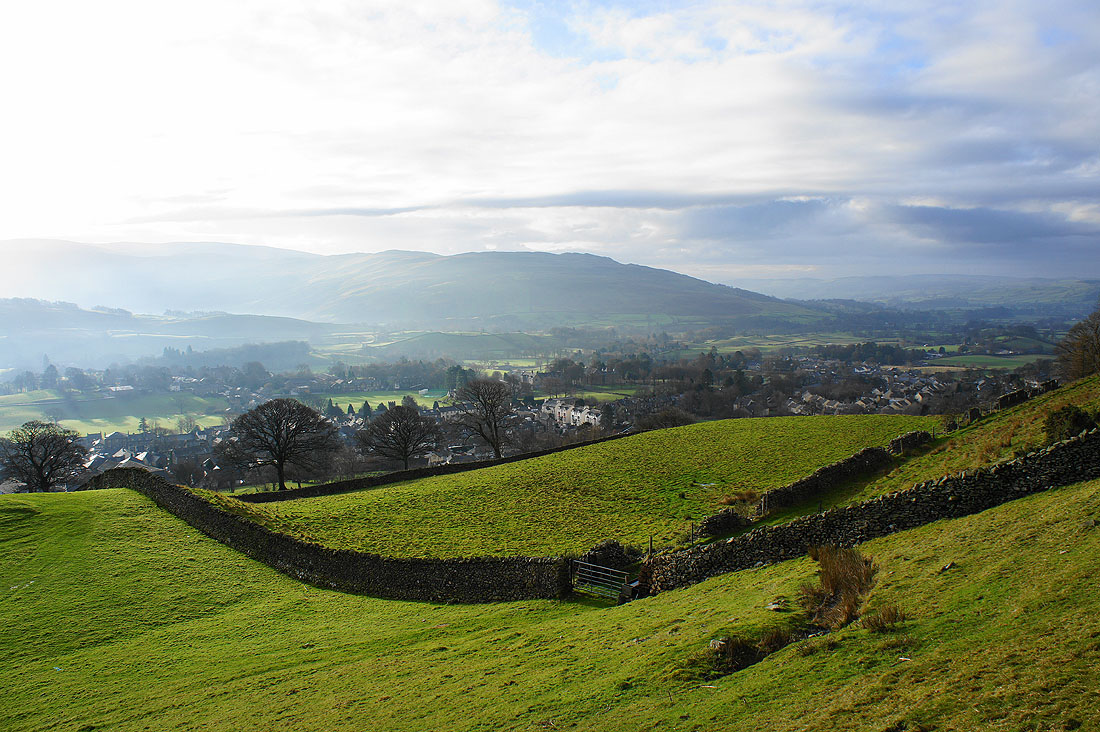 Sedbergh and the Rawthey valley below 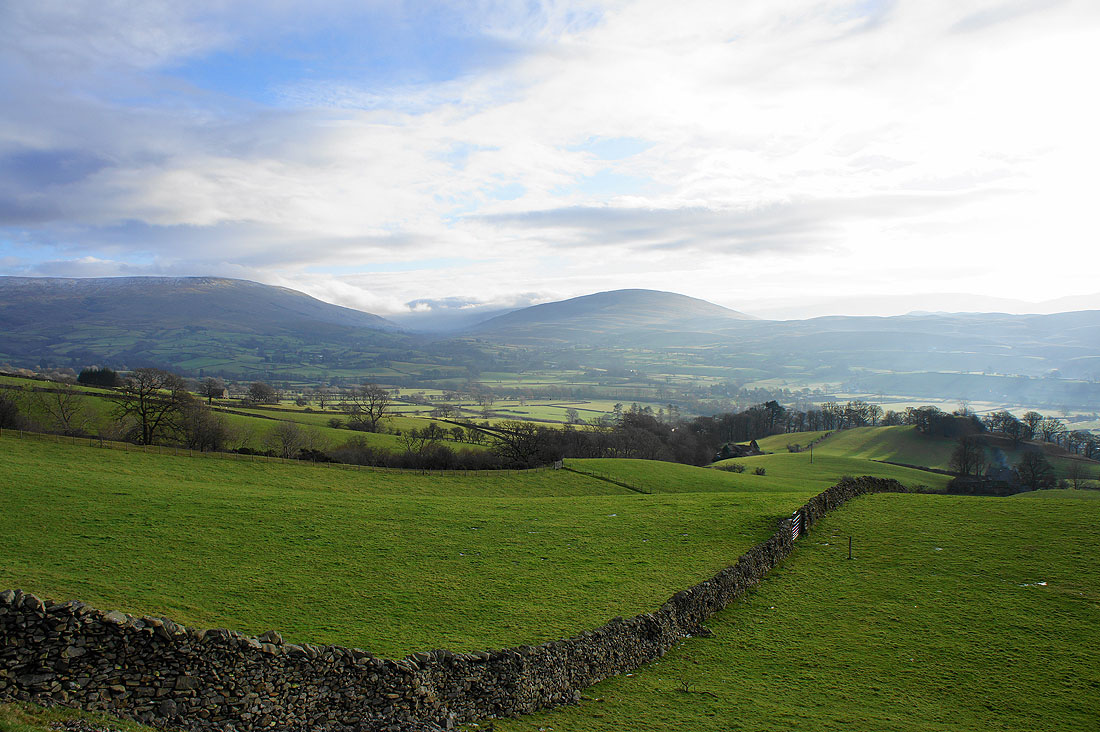 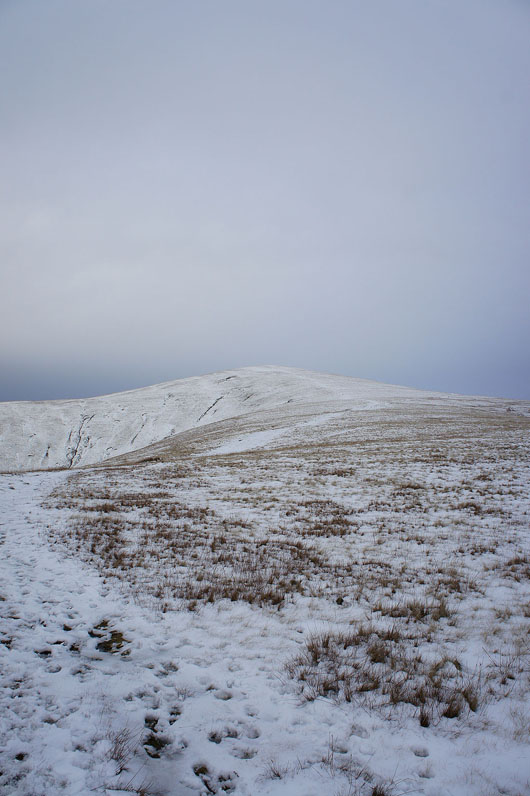 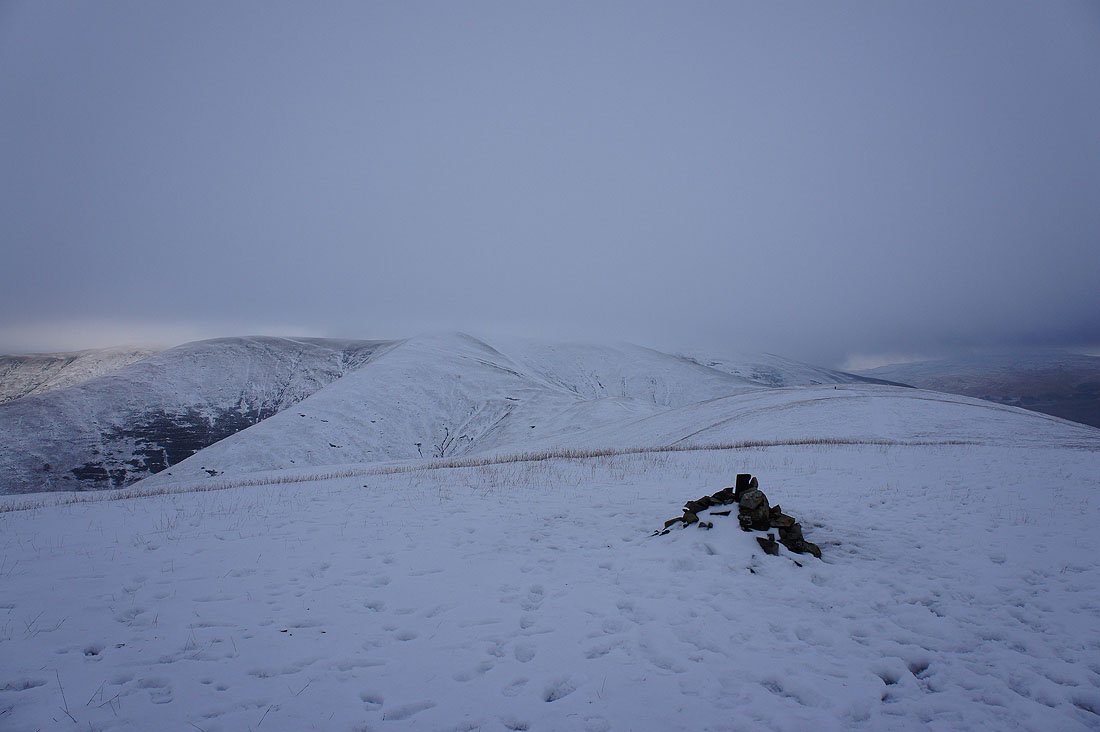 The central plateau of the Howgills from Arant Haw. It's not looking too good. 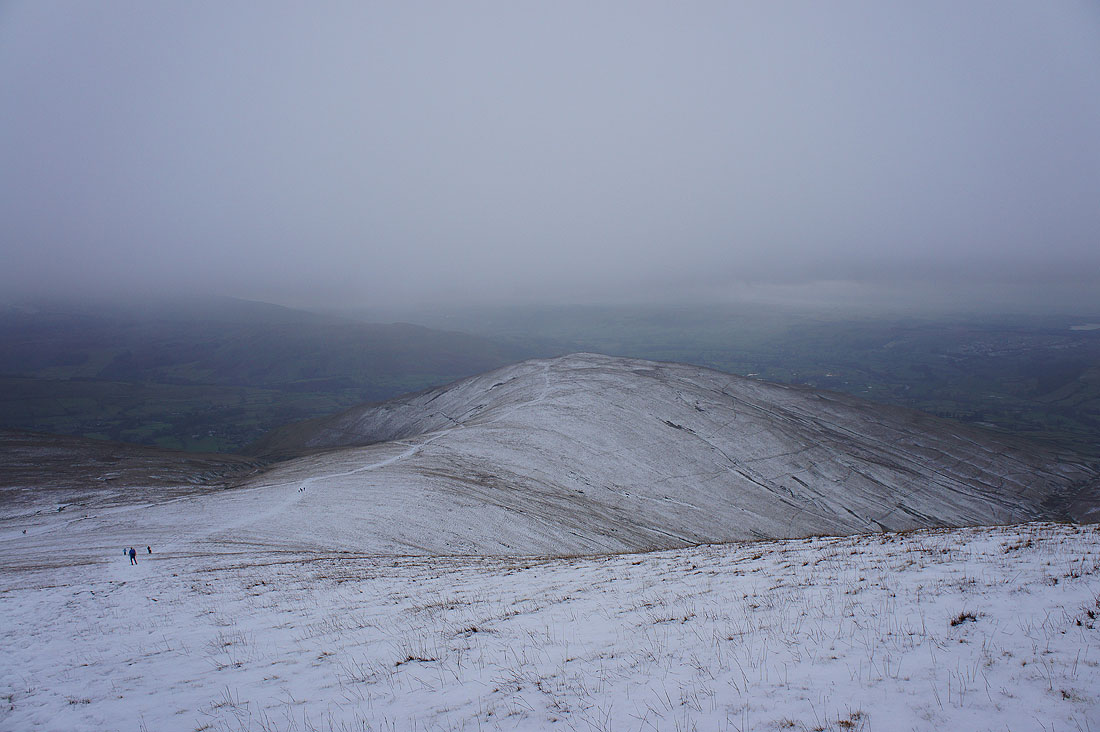 Winder below from Arant Haw. The cloud is getting lower with every minute. A few people were following me up but they must have turned back because I didn't see them later in the day. 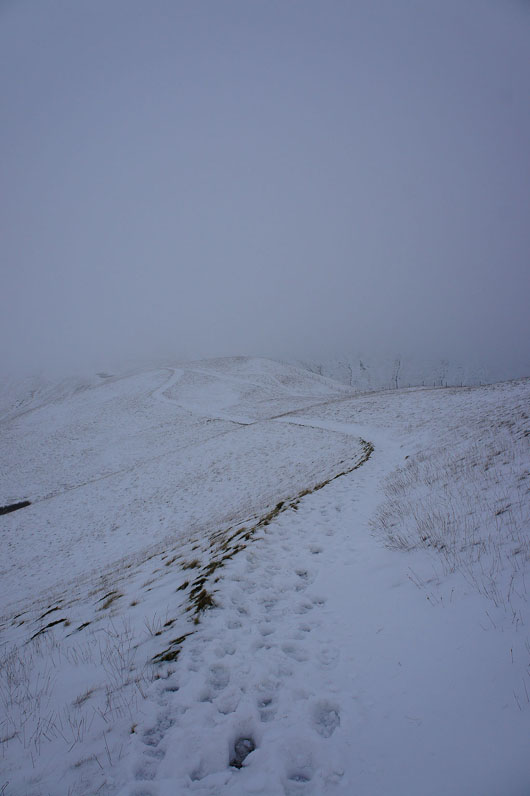 On the bridleway to Calders 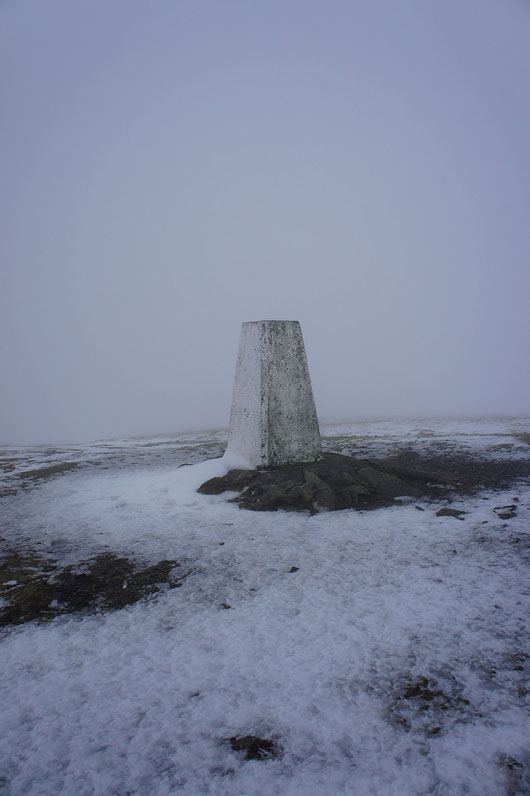 The Calf. Nothing to see. 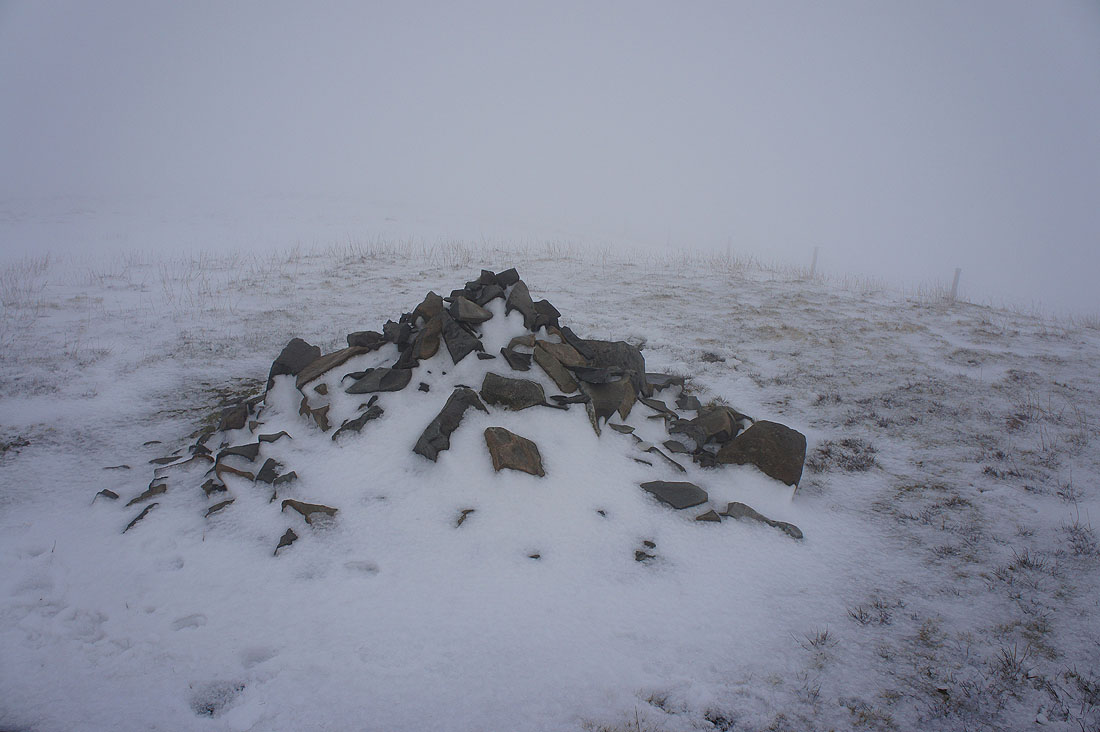 Back at Calders. Still no view. 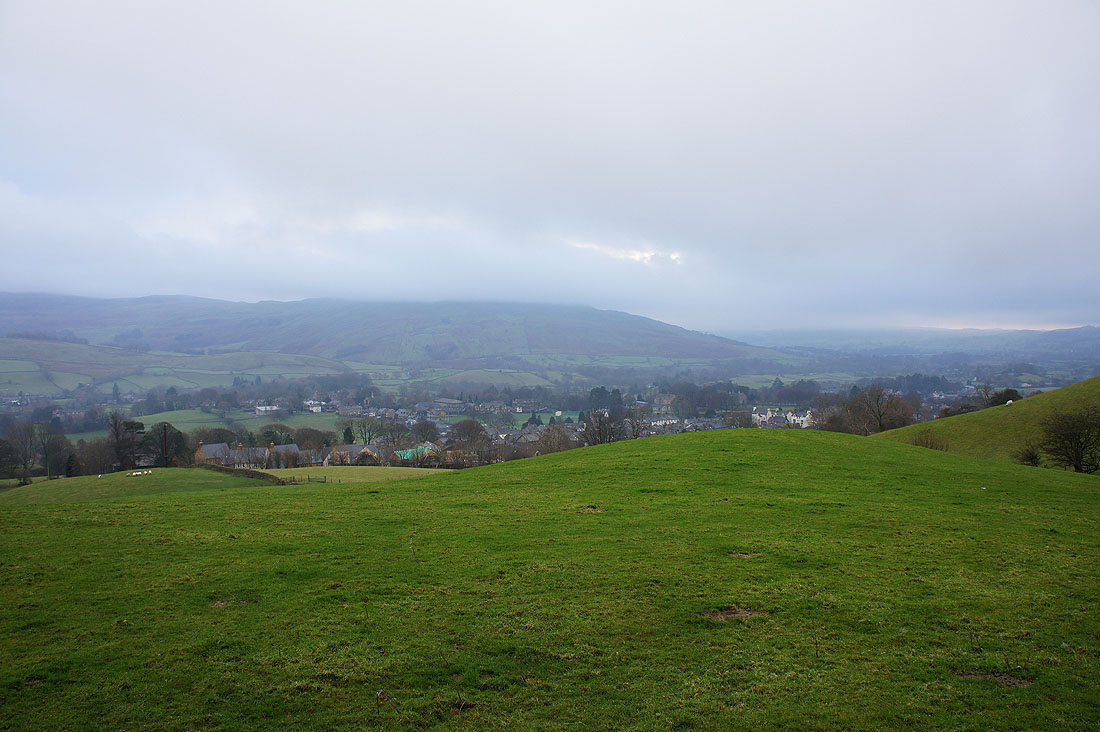 Sedbergh finally reappears. The cloud base was below the top of Winder on the way back down. 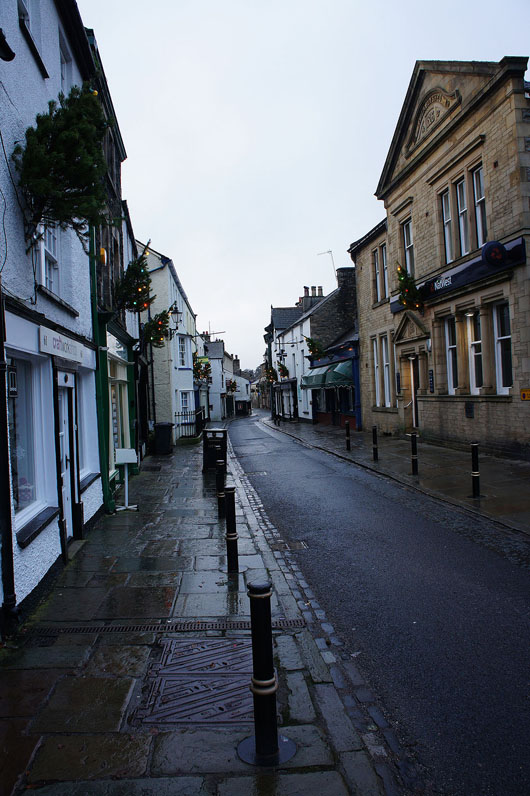