I was desperate to get out for some fresh air and exercise today, I must have been considering the conditions that I ended up walking in. It certainly wasn't worth driving anywhere so I did a walk to Weets Hill and back from home, going via Blacko to add a couple of miles to it and in the hope that it would the weather a chance to brighten up. In fact the opposite happened. Any brightness that was around in the morning disappeared and it became a very dull and gloomy afternoon, with the cloud sitting low on the hills. It meant that I had no view from the top of Weets Hill for the first time.

From where I live in Foulridge I walked up to and then west along the B6251, then along Reedymoor Lane to Foulridge Lower Reservoir. I then walked up the track to Sand Hall, took the footpath on the left past Slipper Hill Reservoir and to Slipper Hill, where I crossed the lane and took the footpath opposite past cottages and up the hillside to Barnoldswick Road. After crossing the road I followed the footpath to and round Burnt House Farm, then to Beverley Road, which I crossed and took the footpath opposite to reach the A682 in Blacko. I crossed the road and took the track opposite down to the bridge over Pendle Water at Water Meetings, where I joined the trail of the Pendle Way and followed it up to Blacko Bar Road, then north by Blacko Water and Admergill Water to Admergill Hall Farm, by Admergill Water up to the A682, across the road, then to and past Admergill Pasture Cottage. I left the Pendle Way here and took the bridleway by Peel's House Farm to Gisburn Old Road, which I then walked up to its top at Weets House Farm, and from there I made my way up to the trig point on the summit of Weets Hill. From the top of Weets Hill I then followed a path southeast across access land to reach the bridleway of Lister Well Road, which I crossed, and took the footpath opposite down to Copy Nook and High Lane. I briefly walked south along High Lane to take the footpath on the other side of the road down to Booth House Farm, then followed a path south across fields, down to the bridge over County Brook and to County Brook Lane. I then briefly walked up County Brook Lane, took the footpath on the left and followed it over the little hill past Hullet Hall and then turned right and took the path to Hey Fold. From Hey Fold I then took a path south through Hey and to Whitemoor Road, where a path southeast down through fields to the end of Station Road in Foulridge saw me back home.
Route map 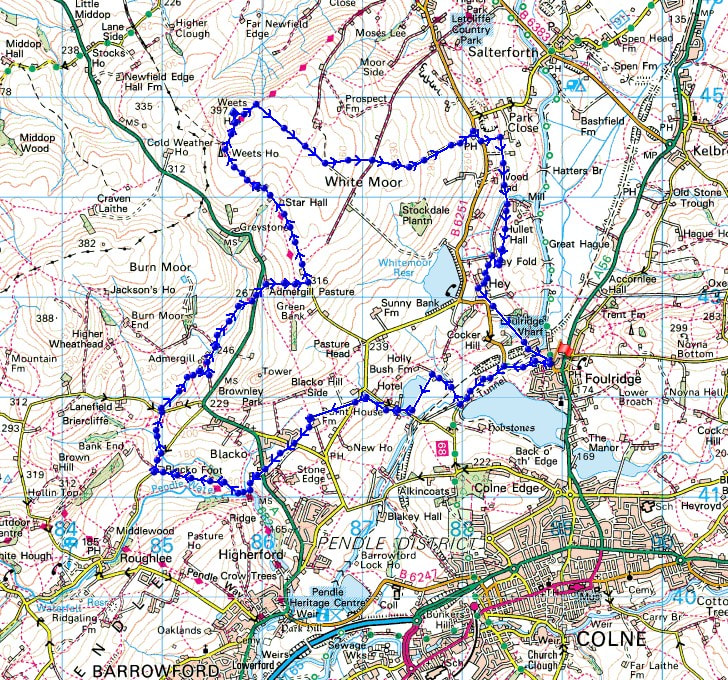 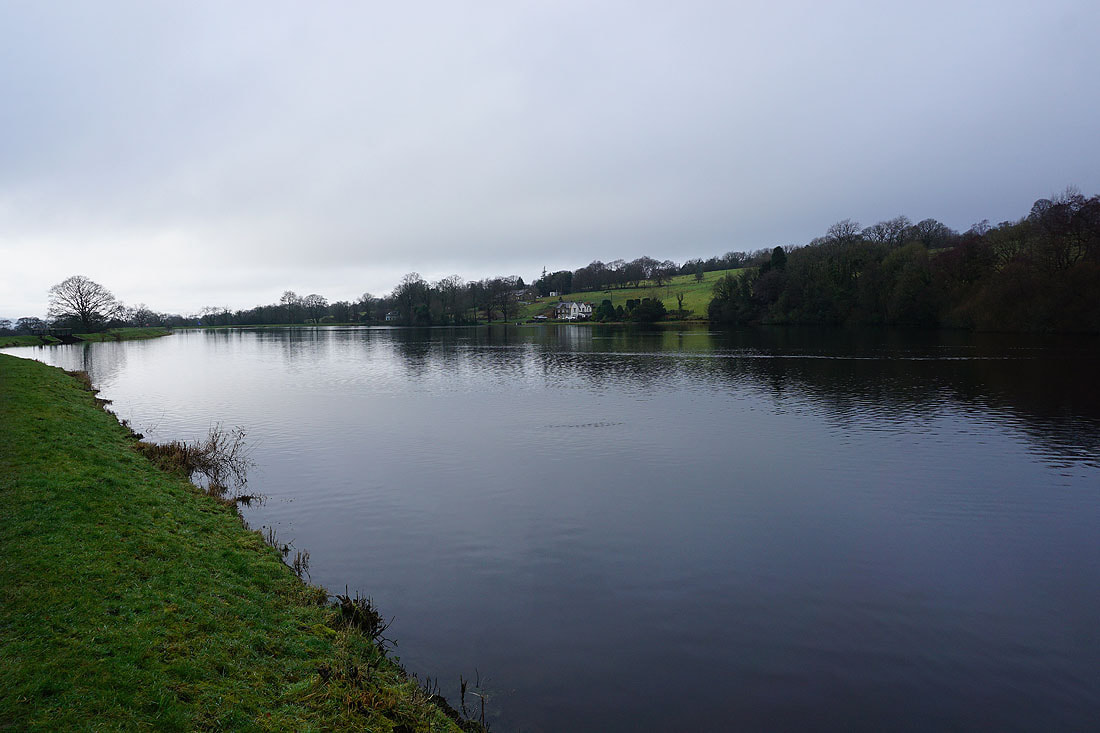 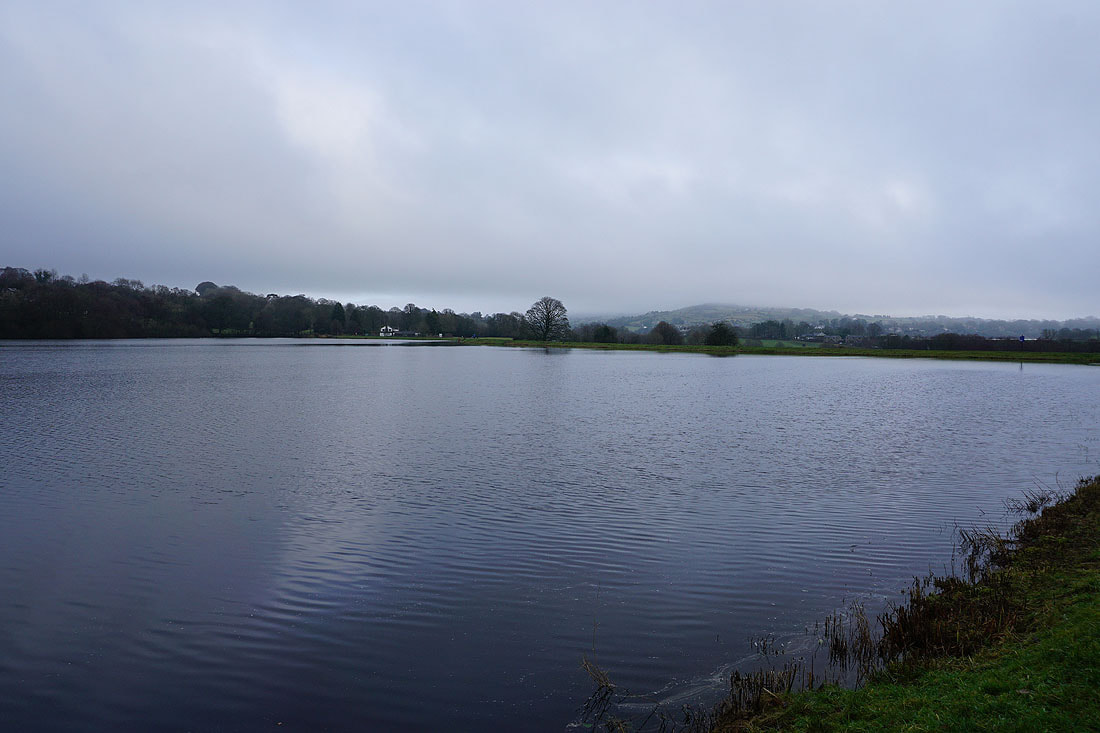 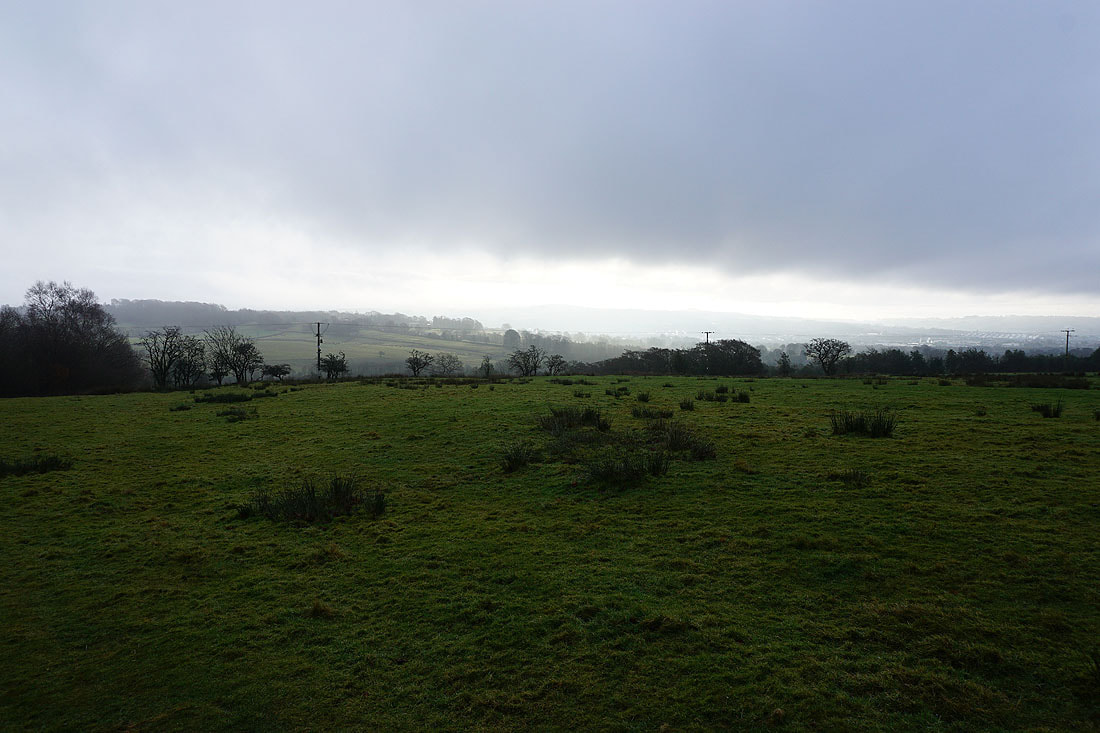 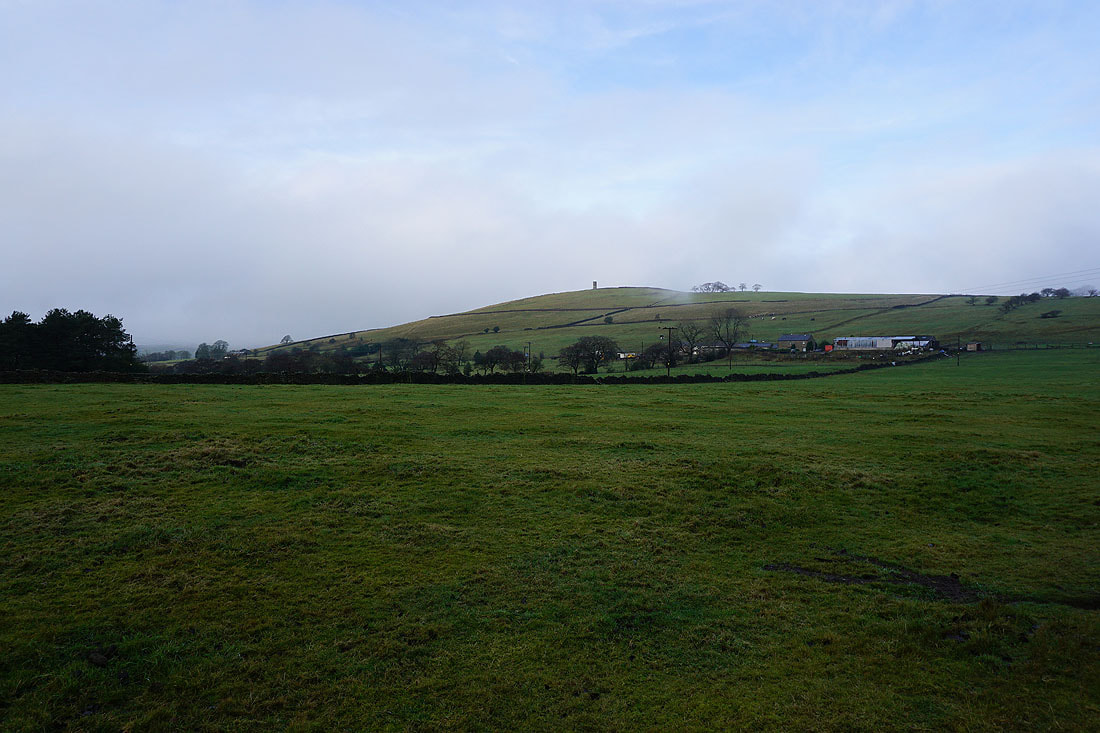 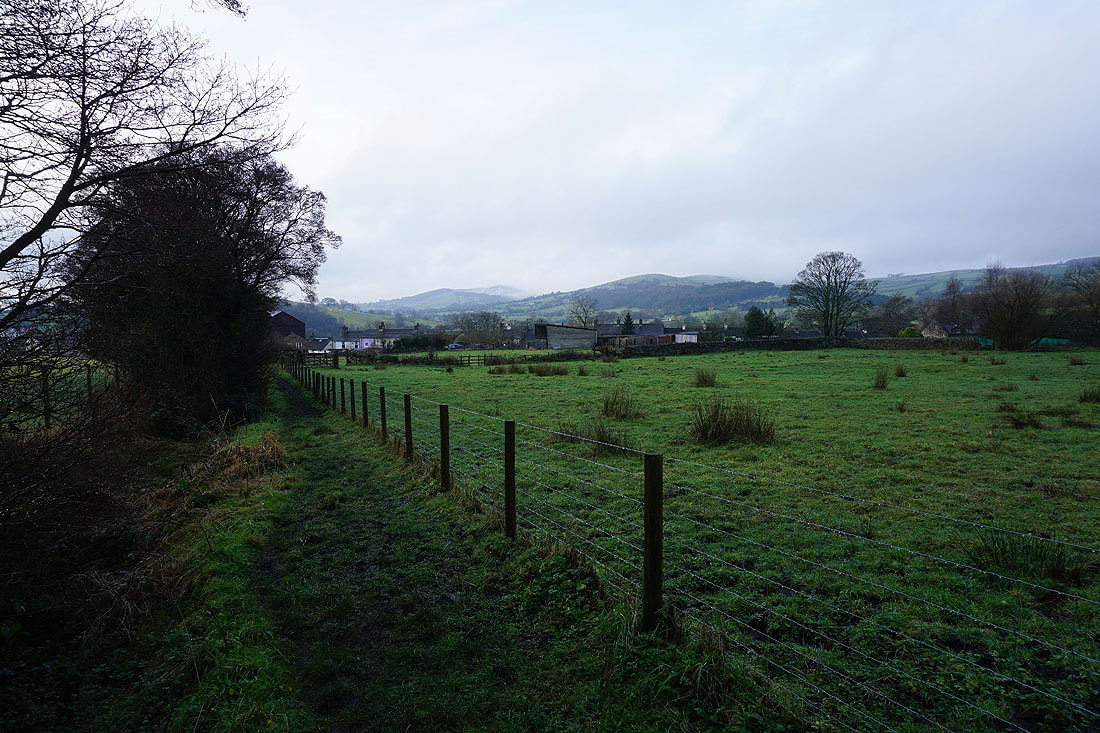 In Blacko and looking west to Brown Hill. I'd have a good view of Pendle Hill if the cloud wasn't sitting so low. 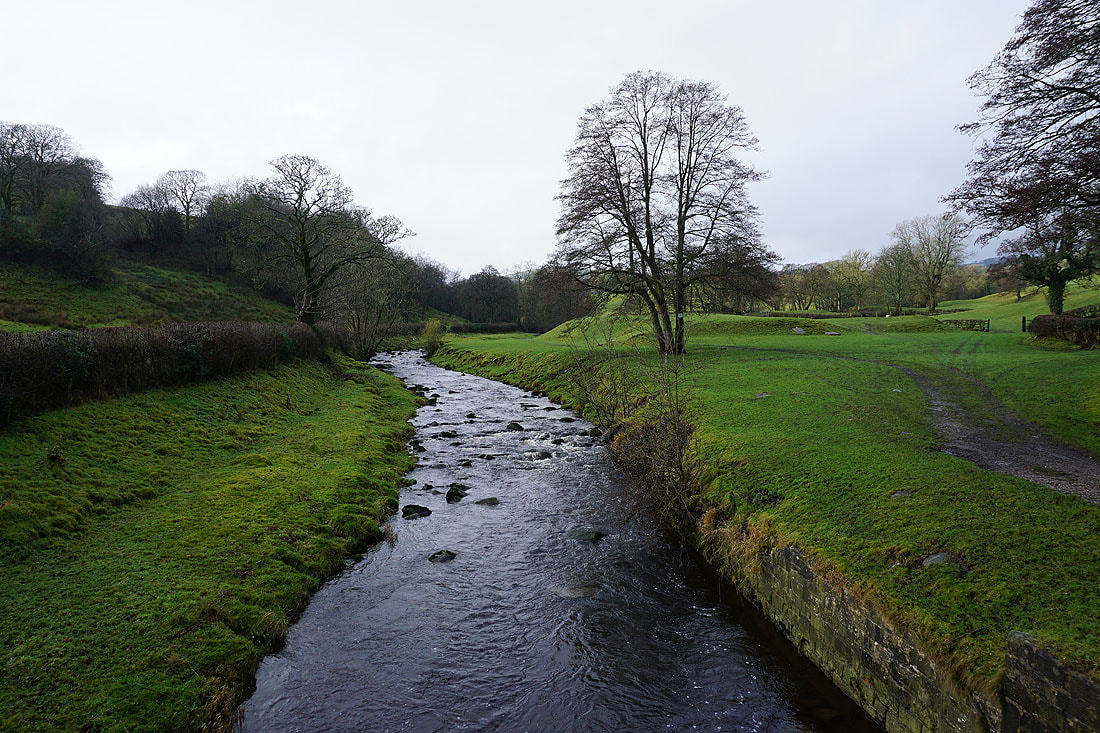 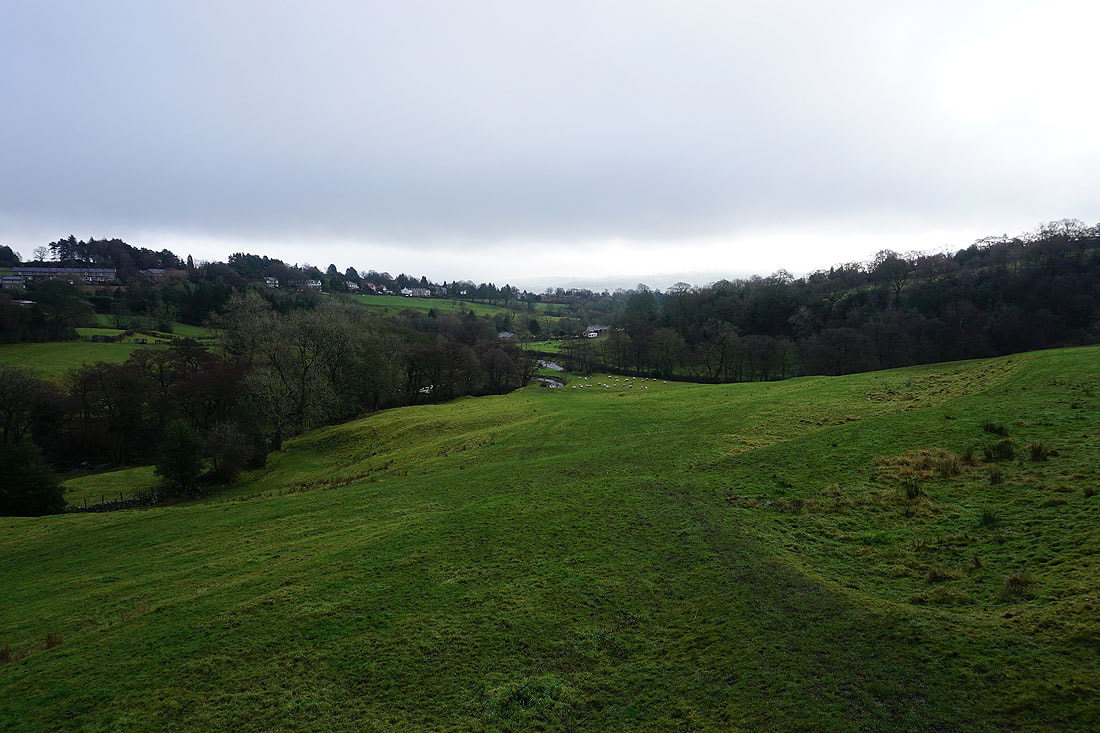 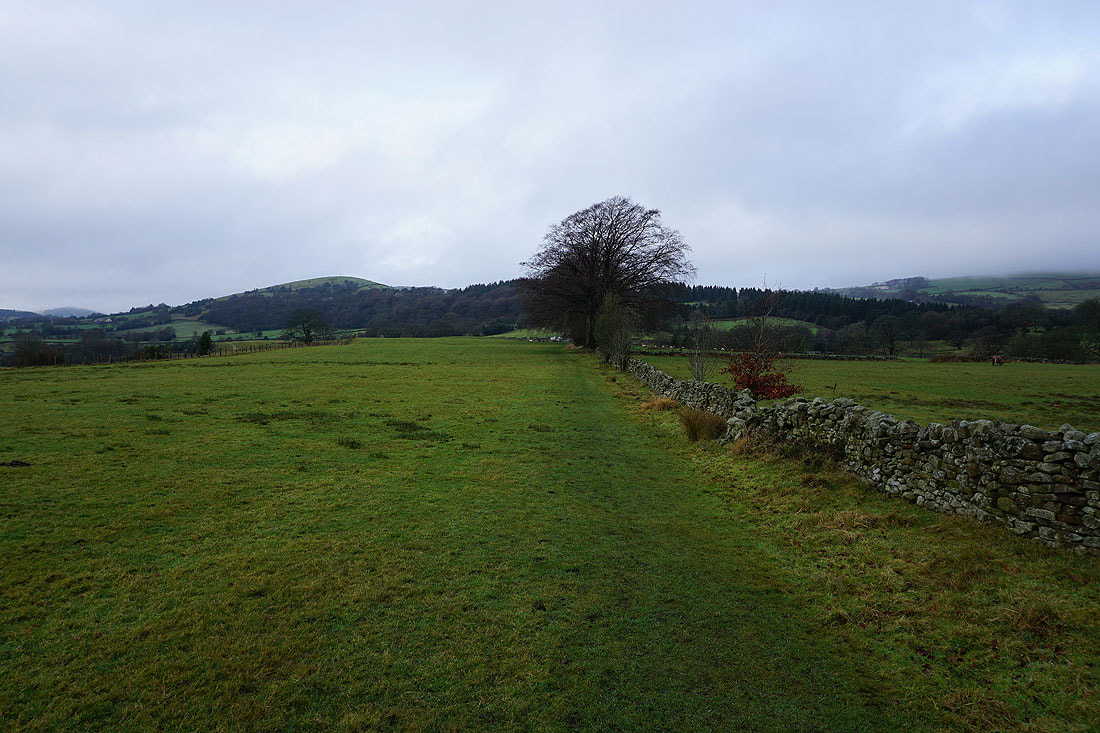 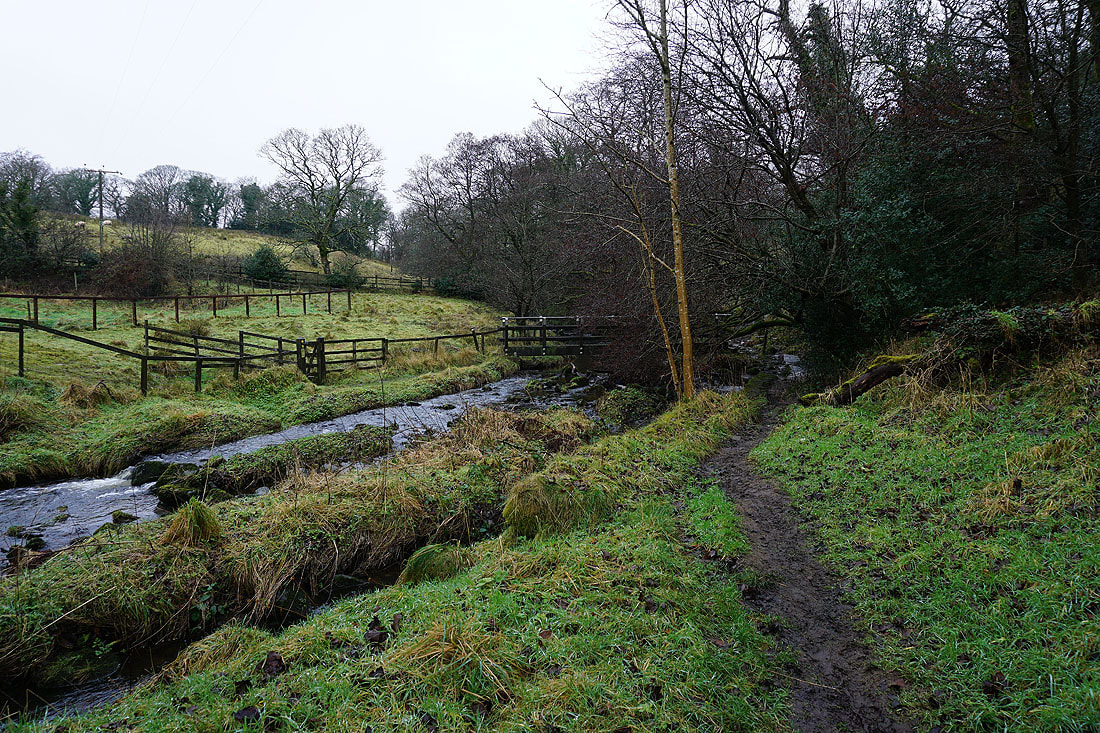 On the Pendle Way beside Admergill Water 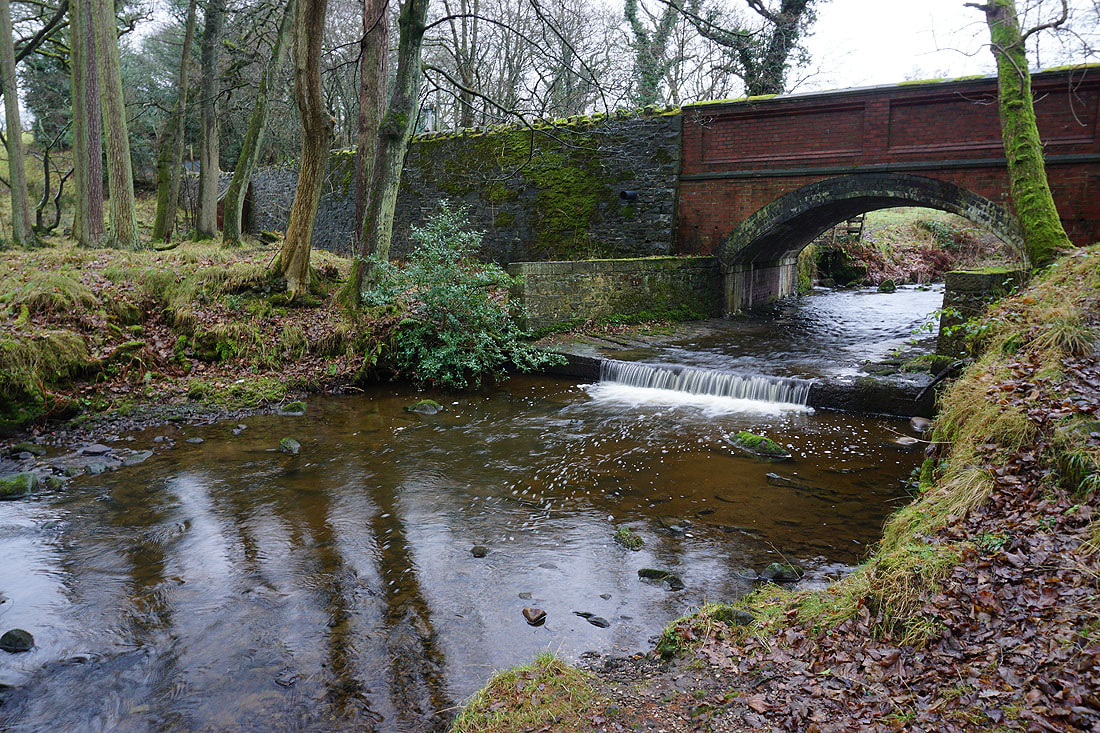 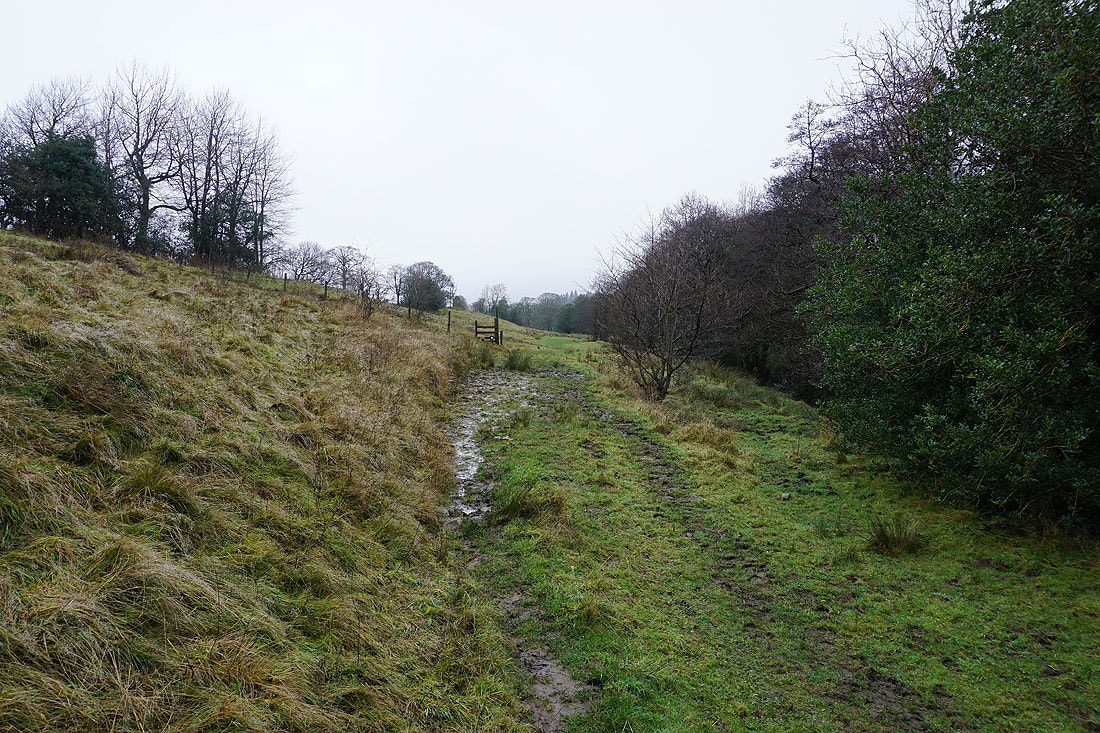 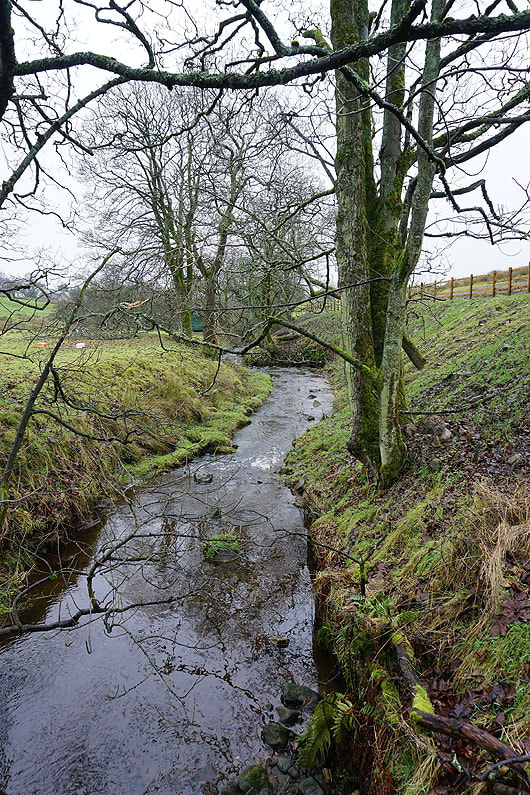 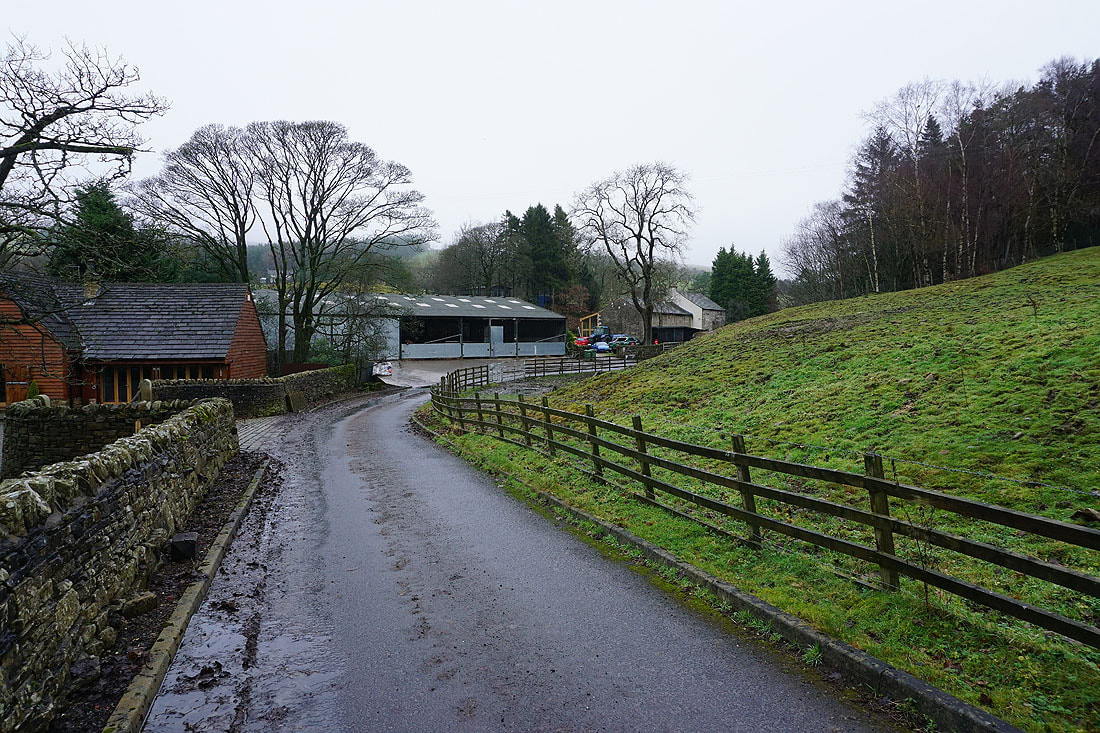 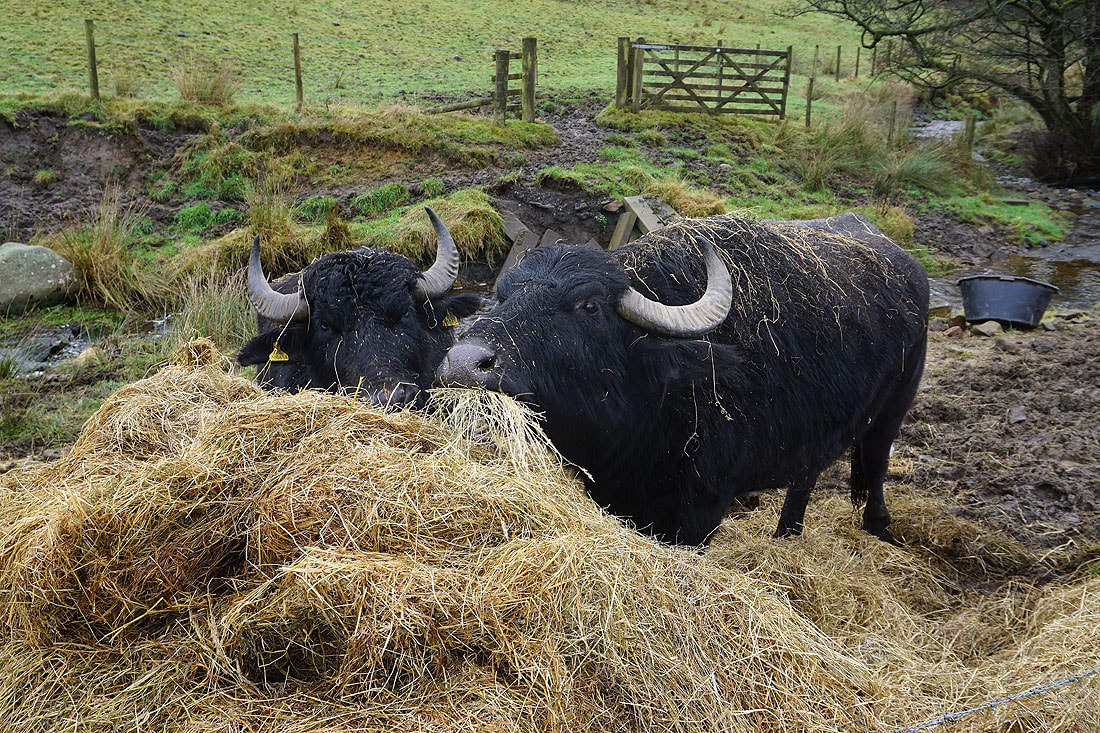 Water Buffalo tuck into their dinner at Admergill Hall Farm 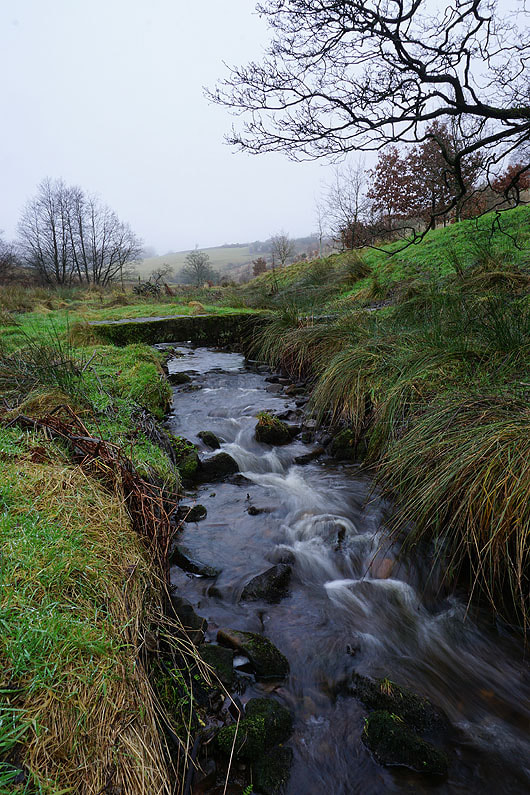 A slab of gritstone provides a bridge for crossing Admergill Water 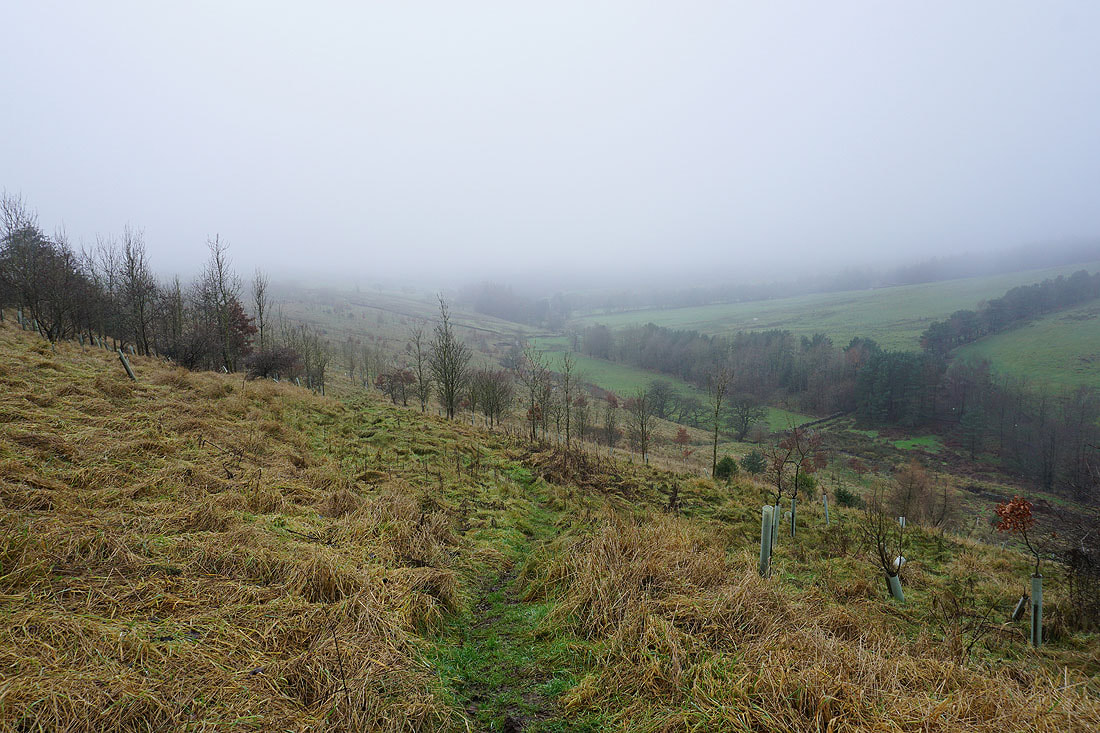 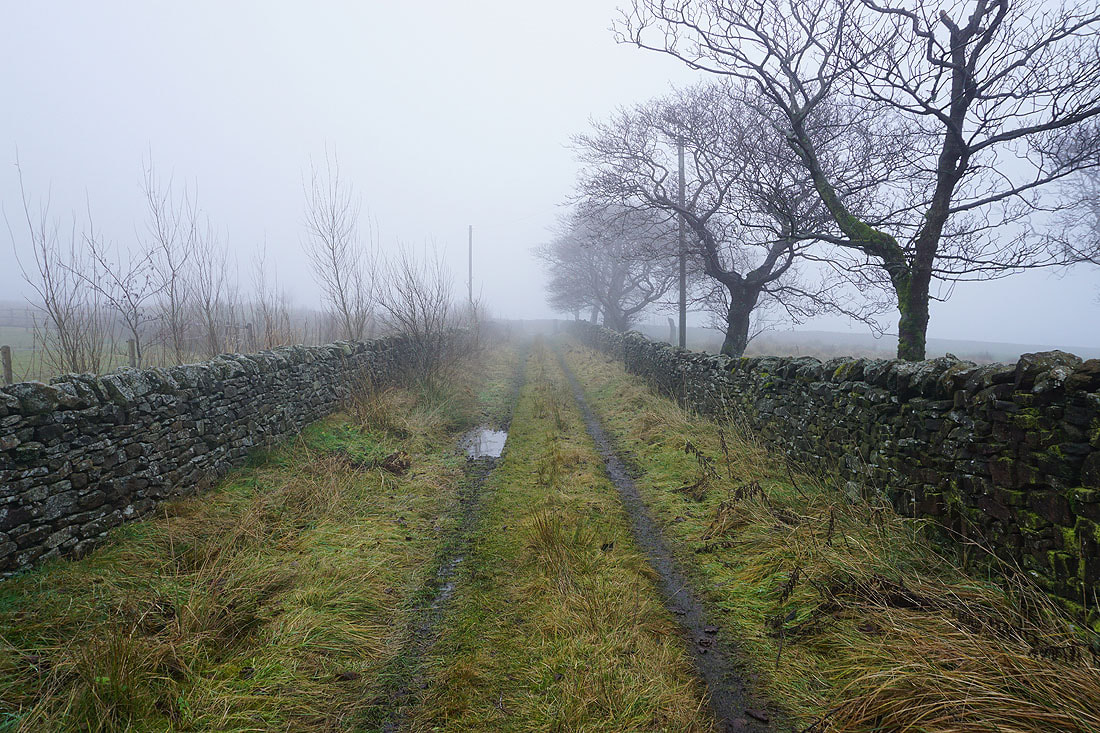 On the bridleway to Gisburn Old Road at Peel's House Farm 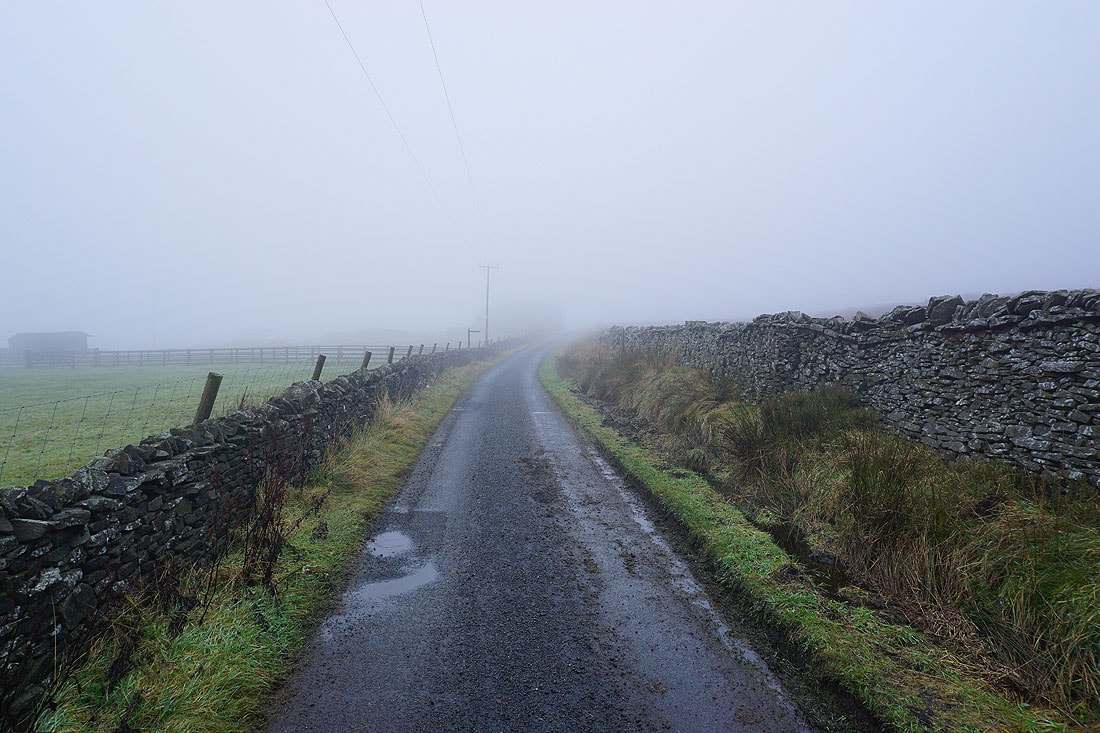 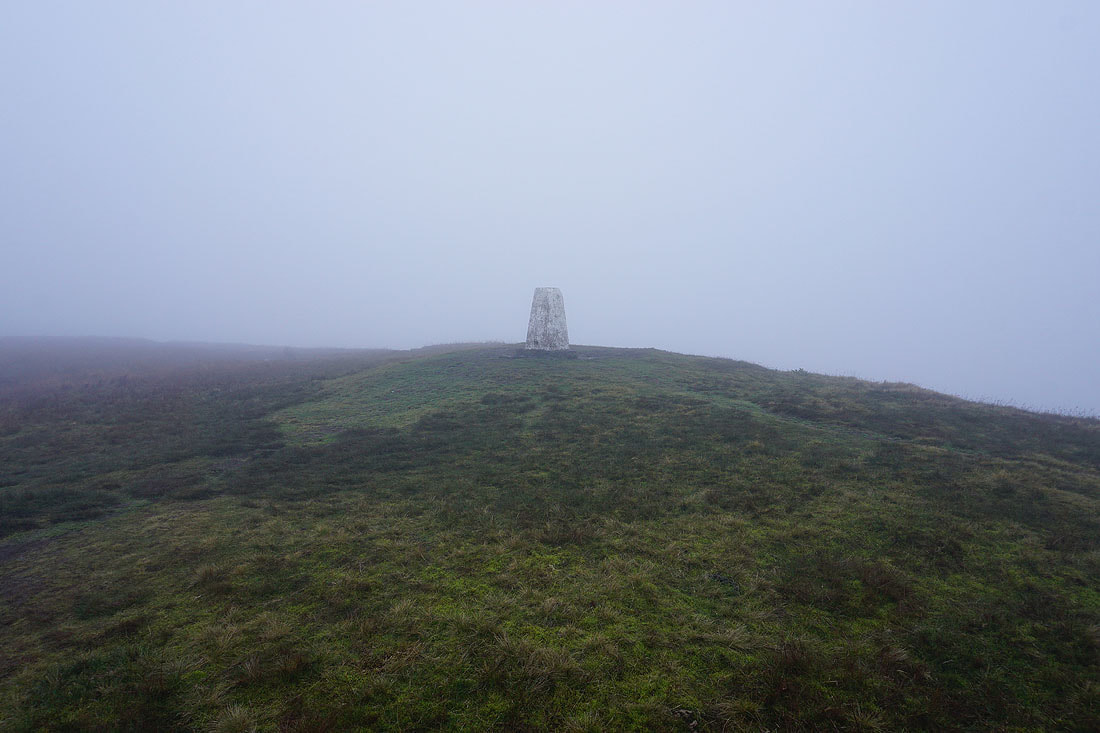 At the trig point on the top of Weets Hill. I've been up here many times in the last few years, and this is the first time that I've had no view. 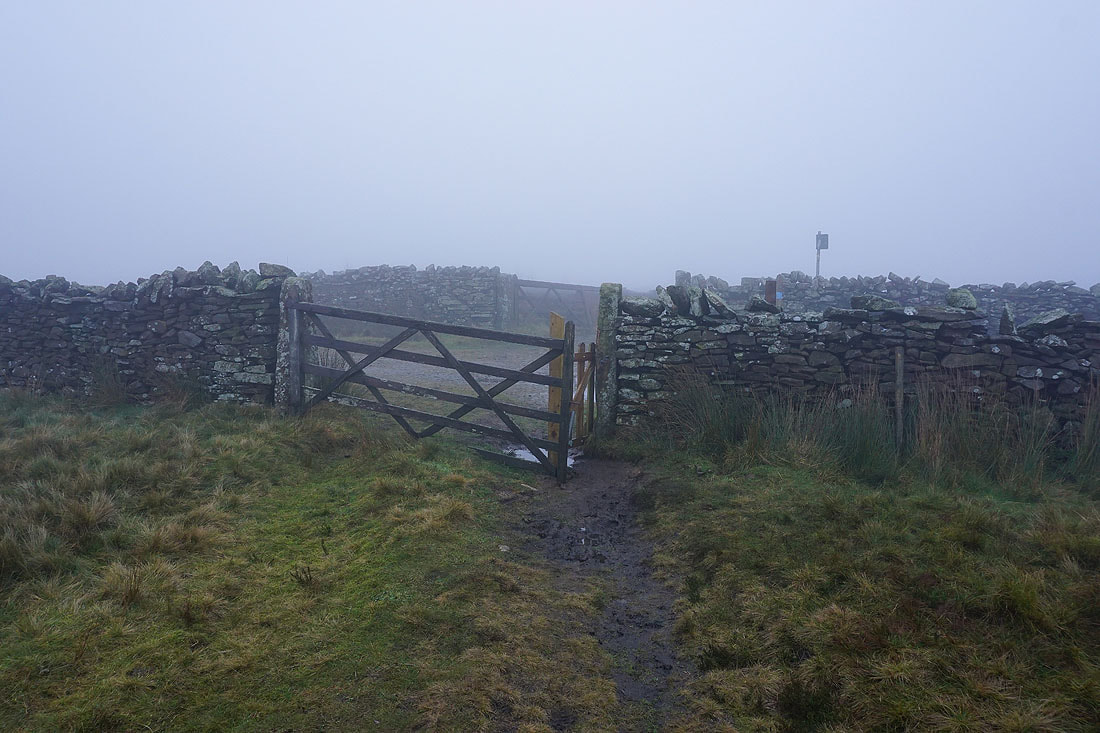 After crossing access land I reach the bridleway of Lister Well Road, which I'll cross to take the footpath opposite 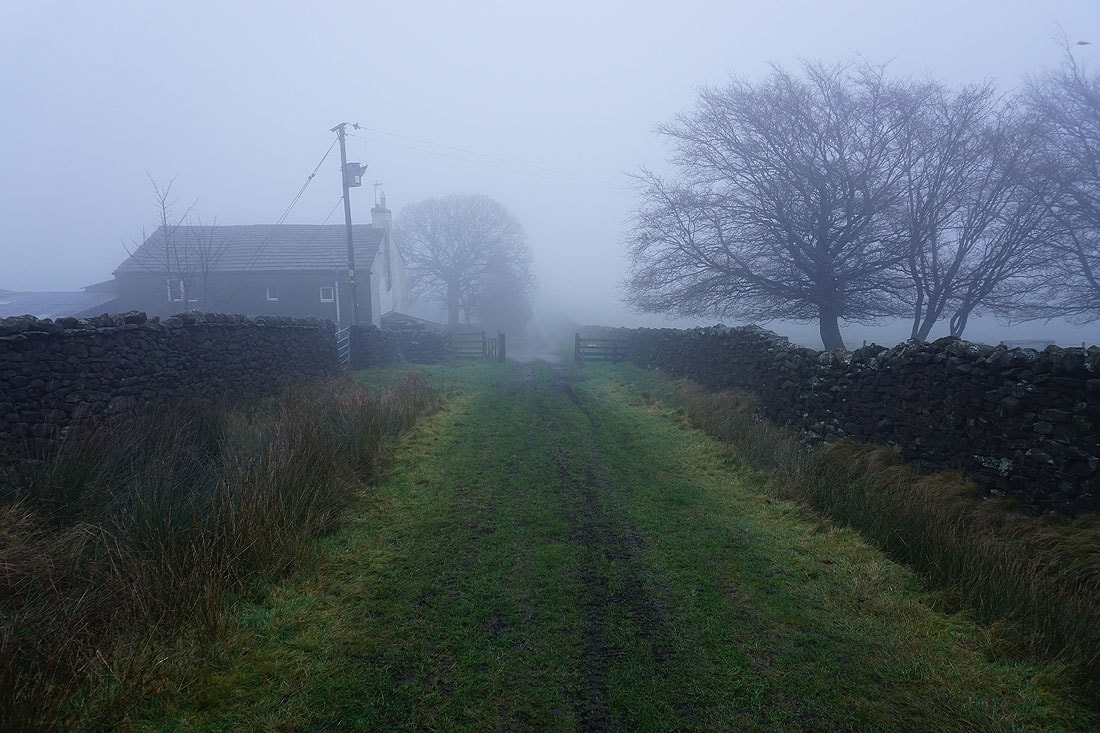 On the footpath past Copy Nook down to High Lane 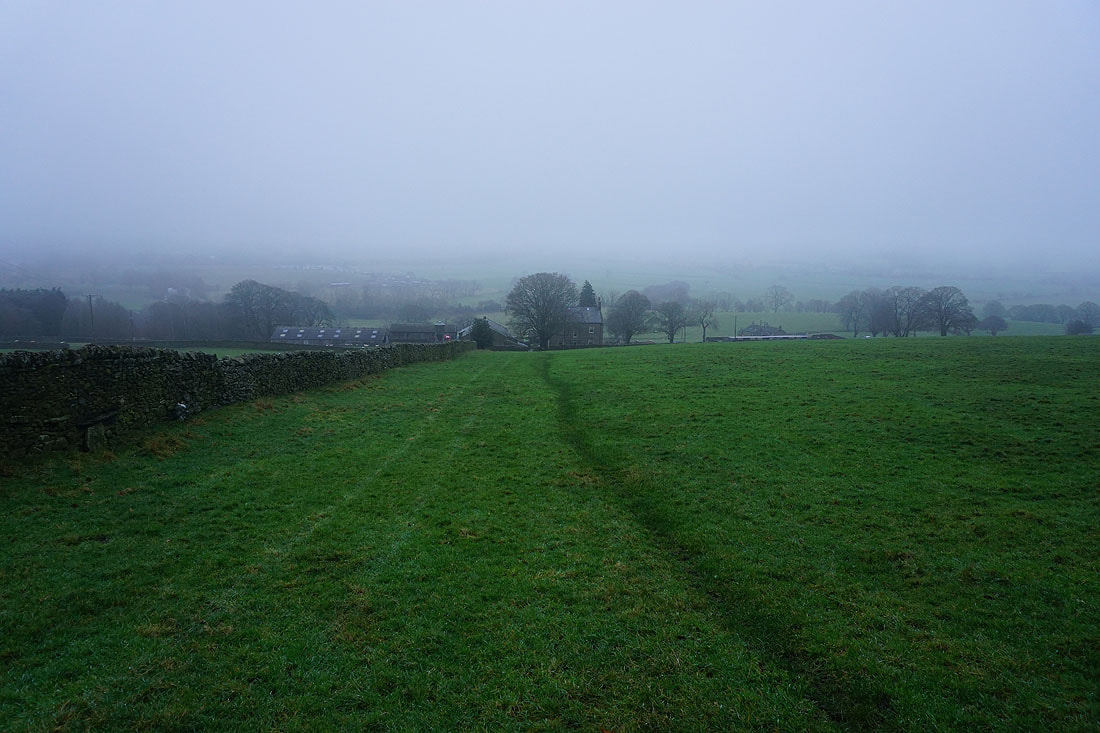 Having crossed High Lane, on the footpath down to Booth House Farm 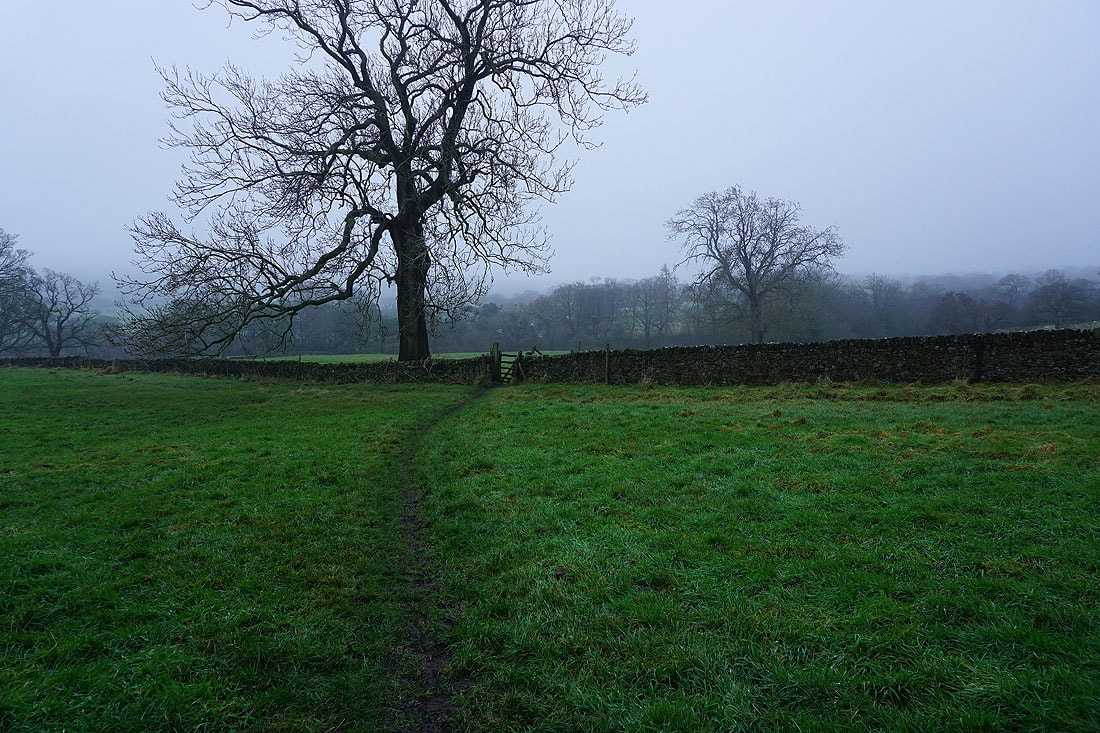 I then follow the footpath south to and across County Brook.. 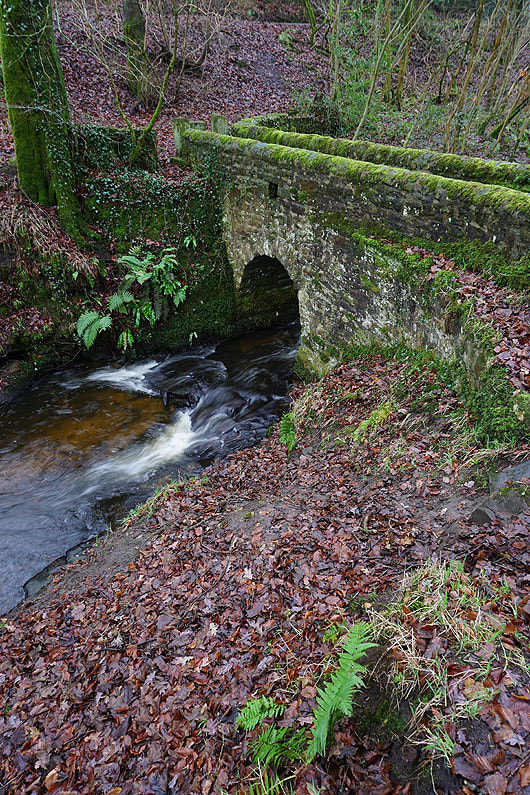 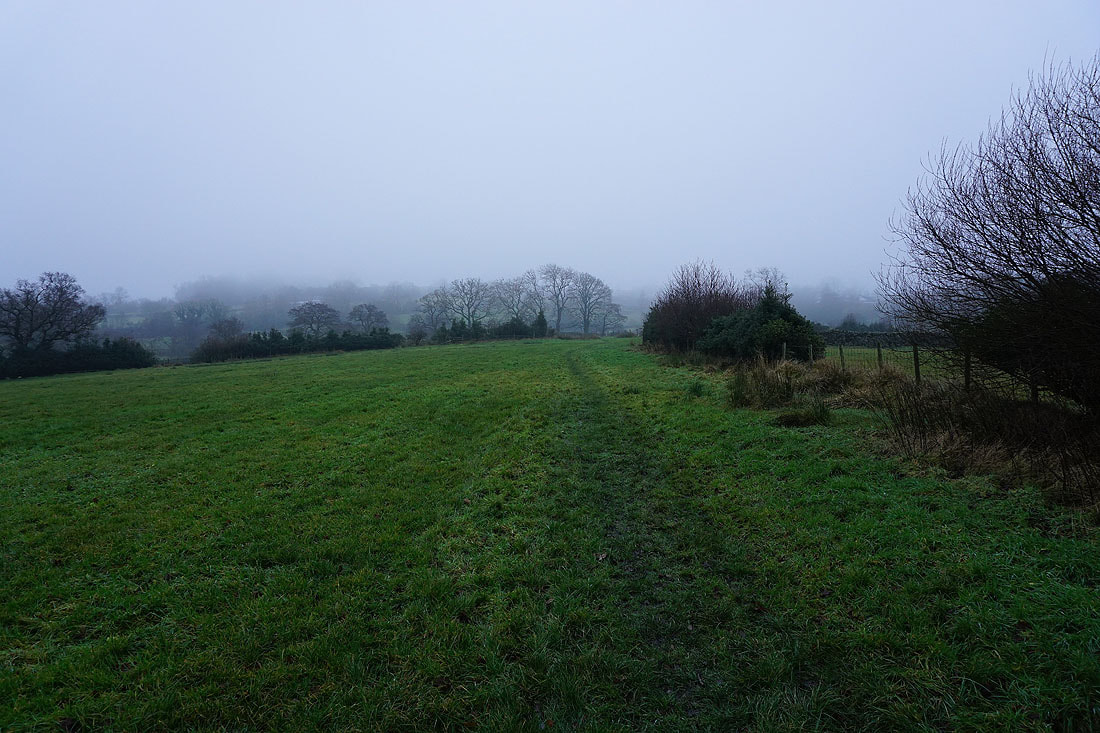 On the final stretch back down to Foulridge. I'm not sure I would've set off had I known just how gloomy it would turn out to be.. 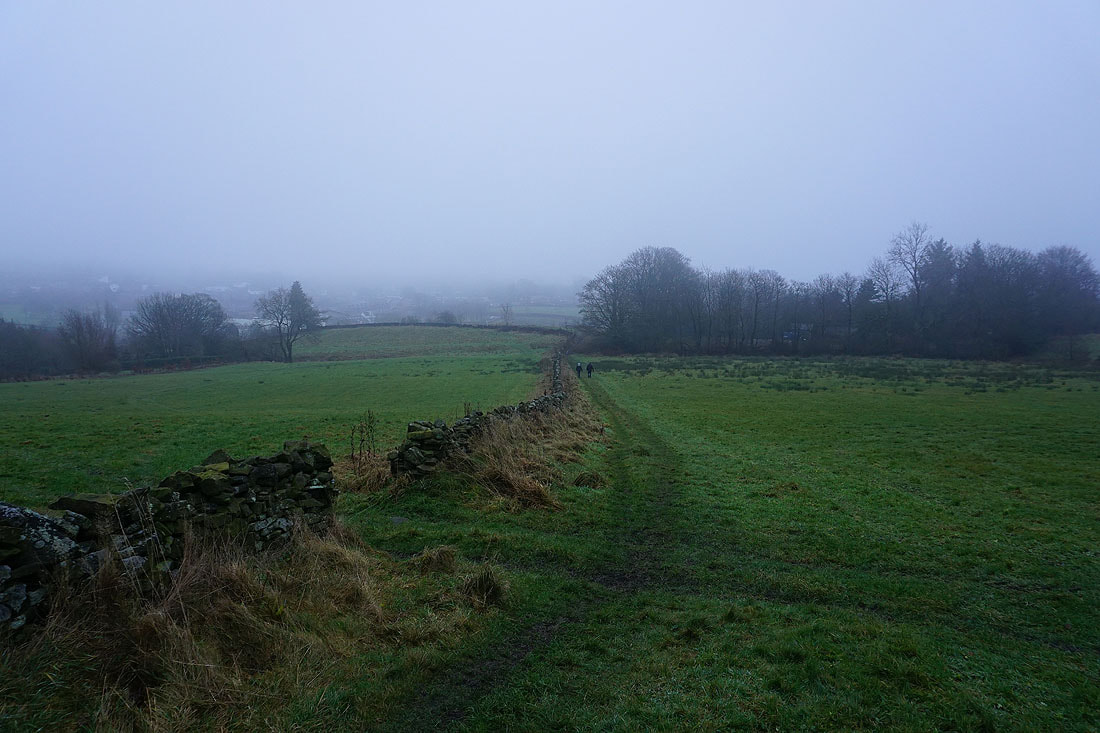