My last walk of 2016 and what a way to finish. A temperature inversion was forecast but you never know whether it's going to turn out as you hope it will until you're actually there. I had been looking at the Ingleborough webcam at home before setting off and there were some patches of mist floating around below the summit, so I did have my fingers crossed on the drive to Ingleton that I wouldn't get there to find the top in cloud. I needn't have worried, we climbed to the summit (my younger brother Andy was with me today) to find ourselves above any fog and cloud. Fantastic all round views were enjoyed in the blue skies and sunshine, though there was a strong and cold wind to put up with. The detour out onto White Scars on the way back was worth doing, I think you get the best view of Ingleborough from there.

A very easy route description. We left Ingleton by walking up the B6255 to Hawes and then onto the track of Fell Lane. We followed this to Crina Bottom and then the path that continues all the way up to the summit of Ingleborough. Our route back was the reverse of this except for the detour out onto White Scars.
Route map 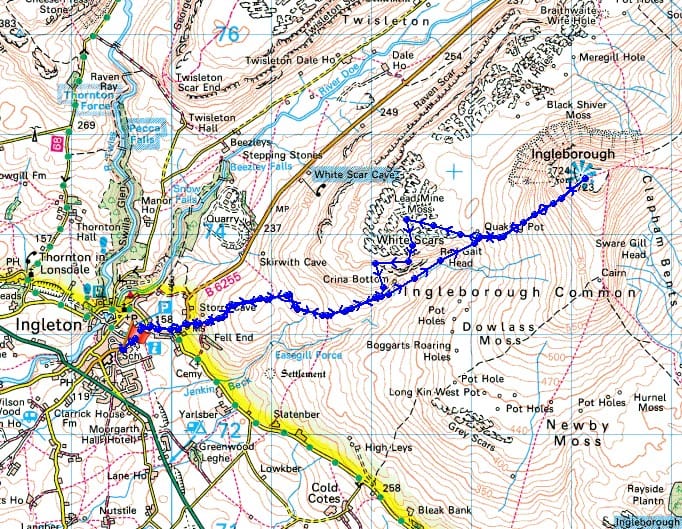 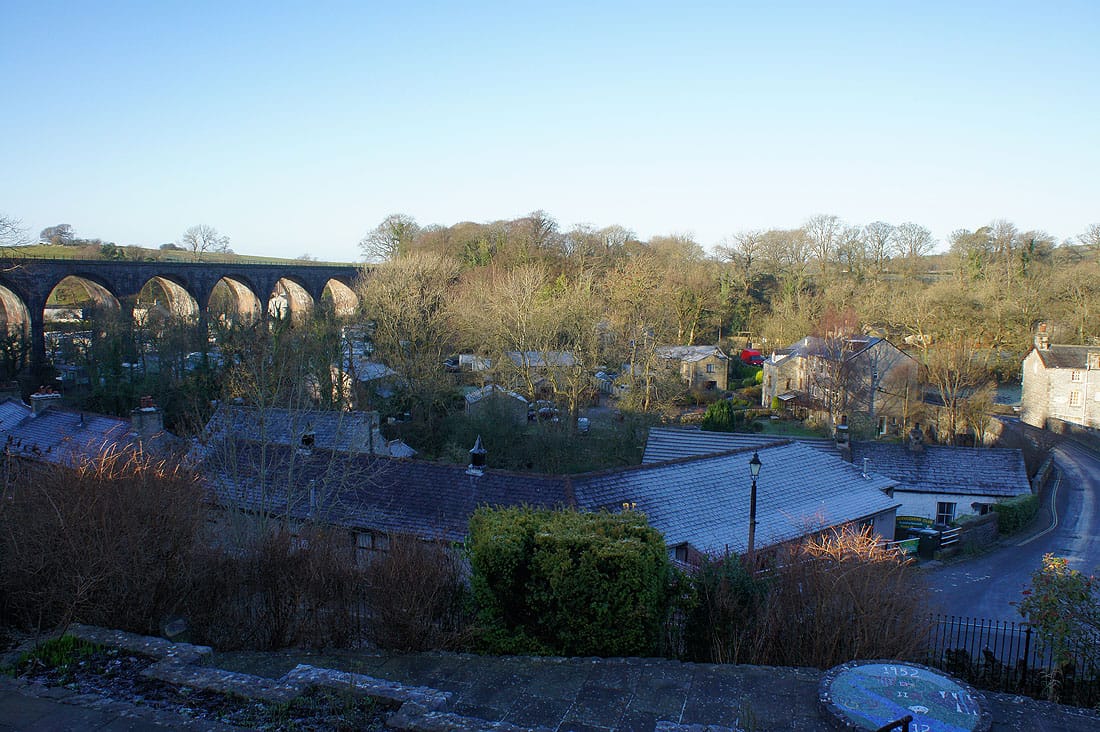 A frosty morning in Ingleton 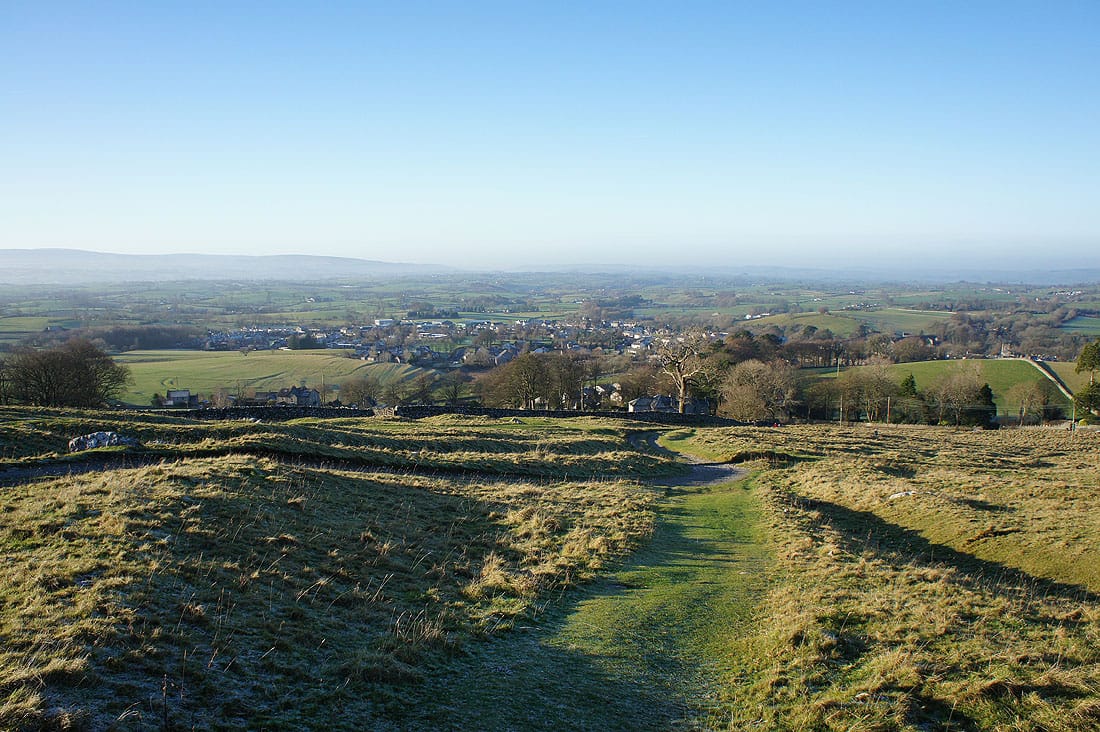 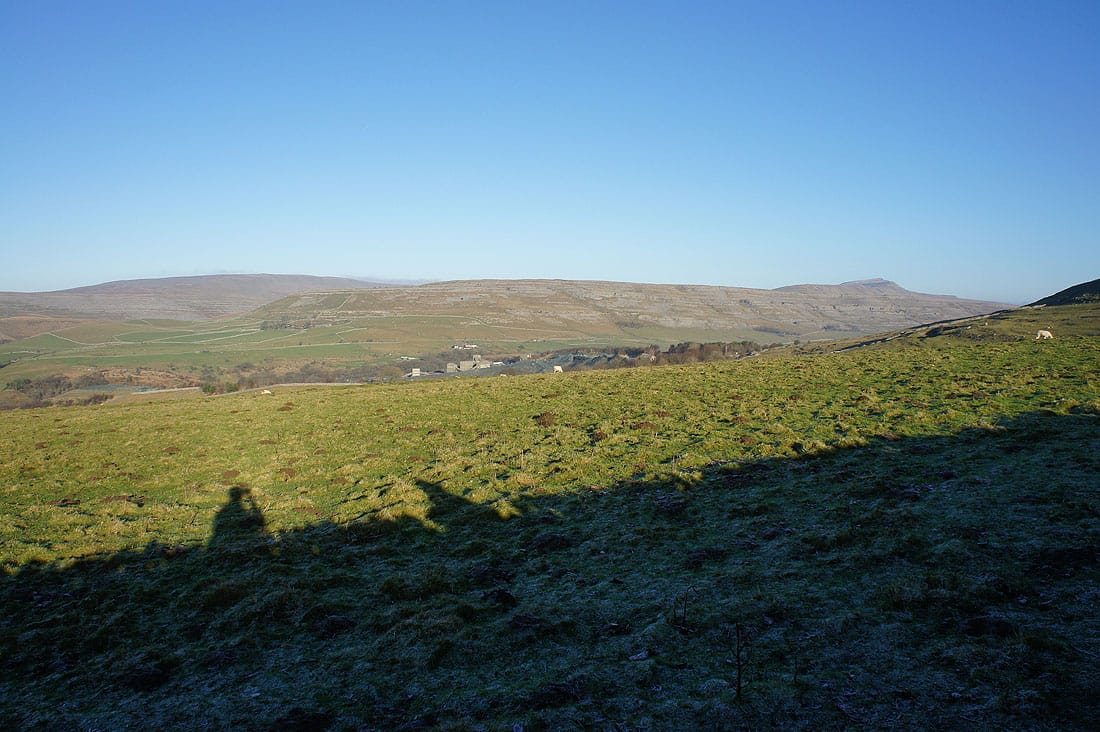 Gragareth and Whernside over the wall to our left 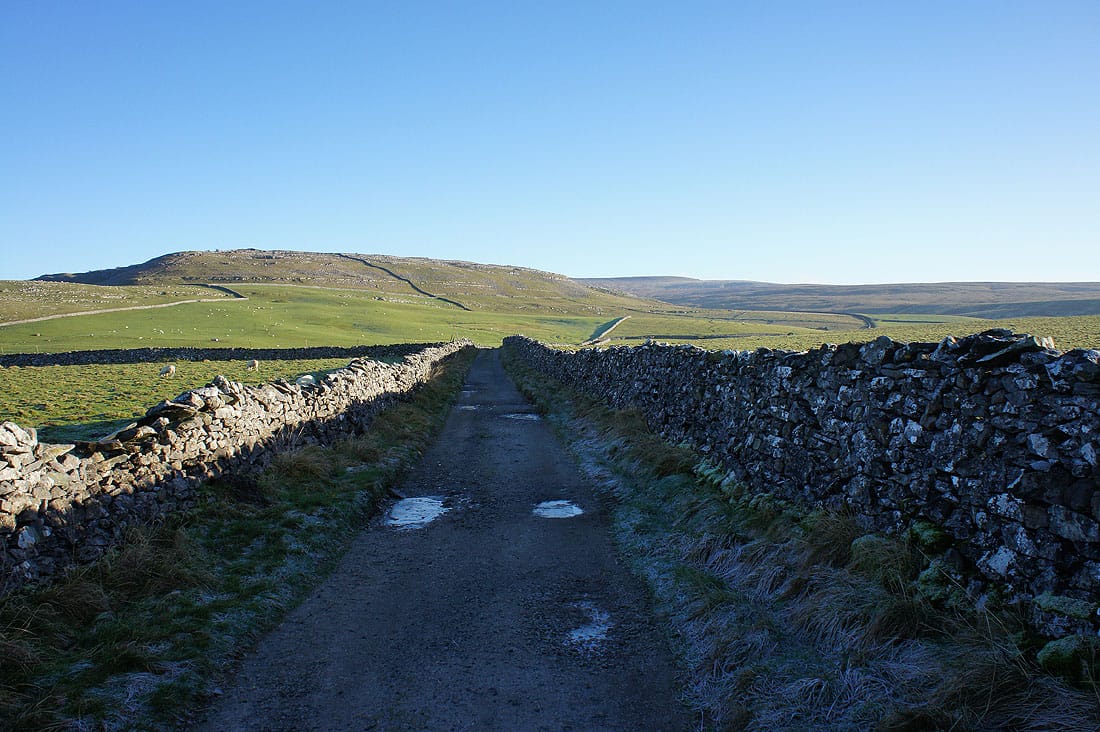 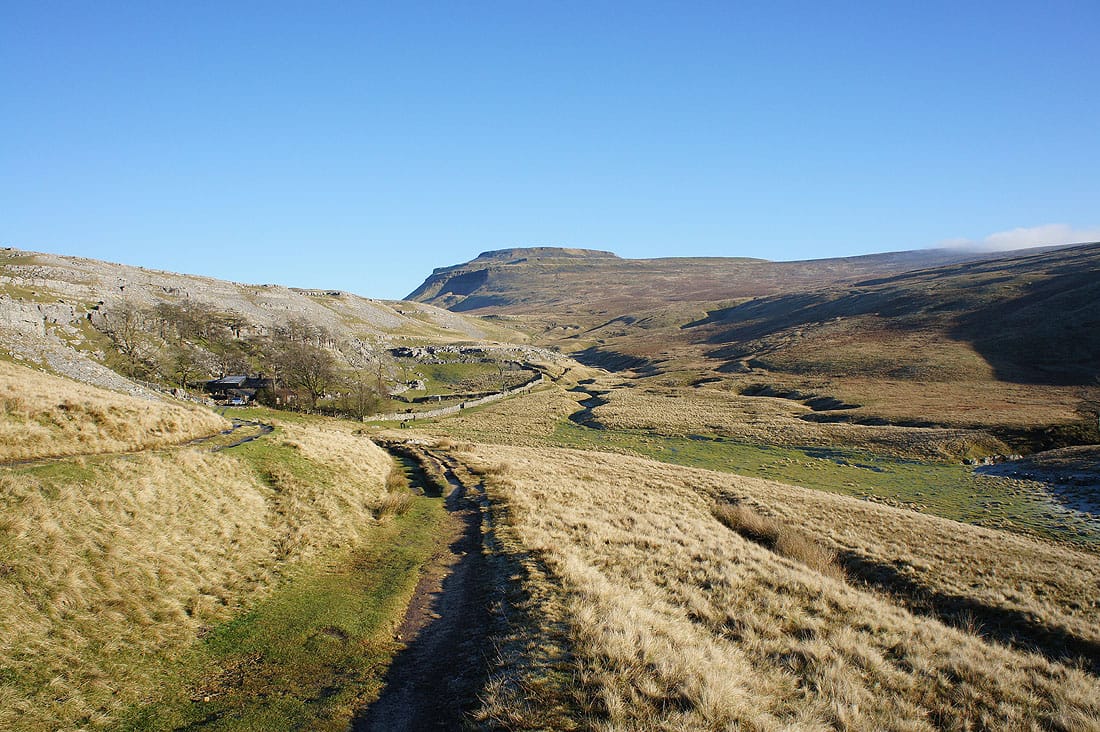 There's a fantastic view of Ingleborough as we reach Crina Bottom and the route ahead can be seen all the way to the top.. 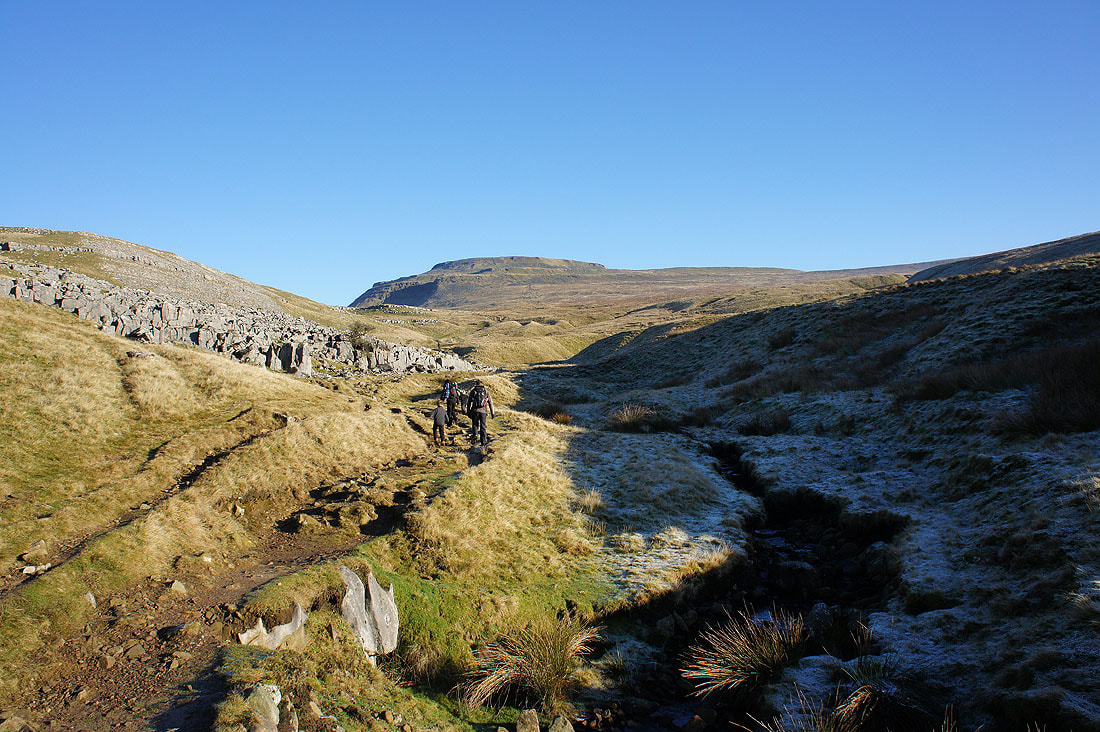 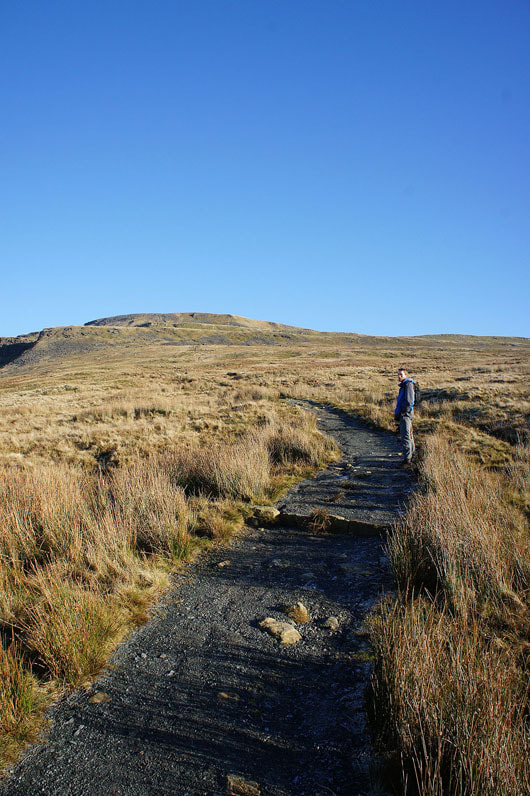 It's steeper as we get nearer to the summit 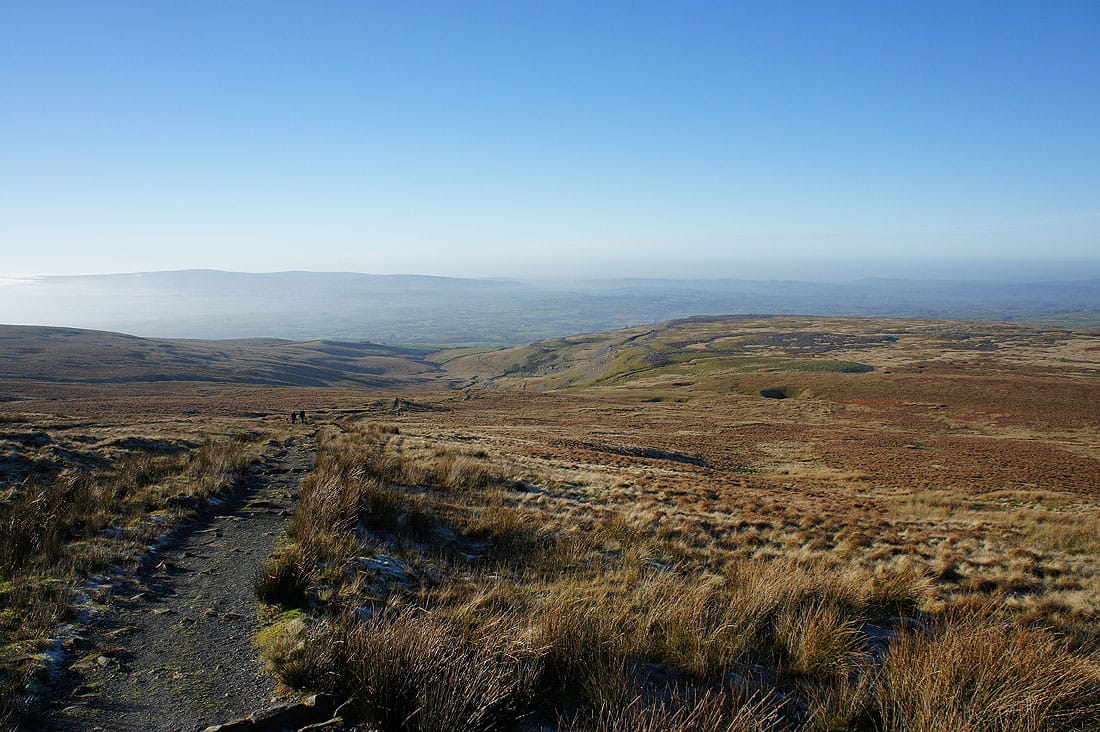 Looking back down to Crina Bottom with the limestone pavement of White Scars on the right, which we'll visit on the way down 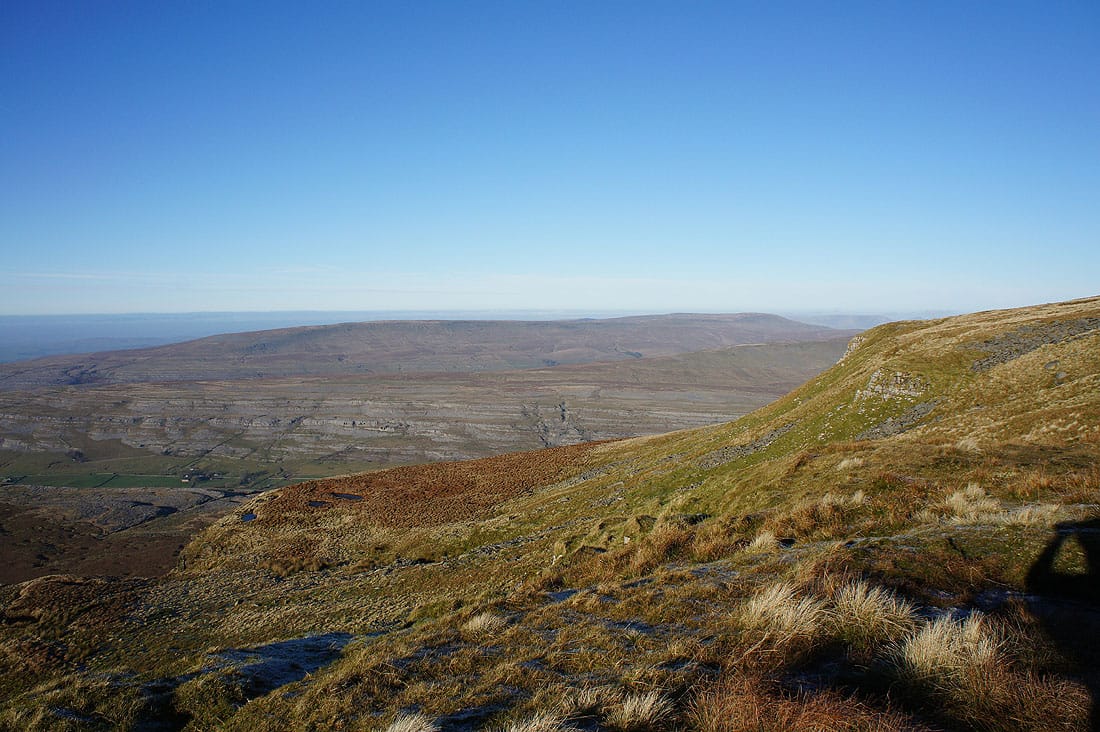 A last pause before the final climb to the summit. Twisleton Scars on the other side of Chapel-le-Dale with Gragareth and Great Coum in the distance. 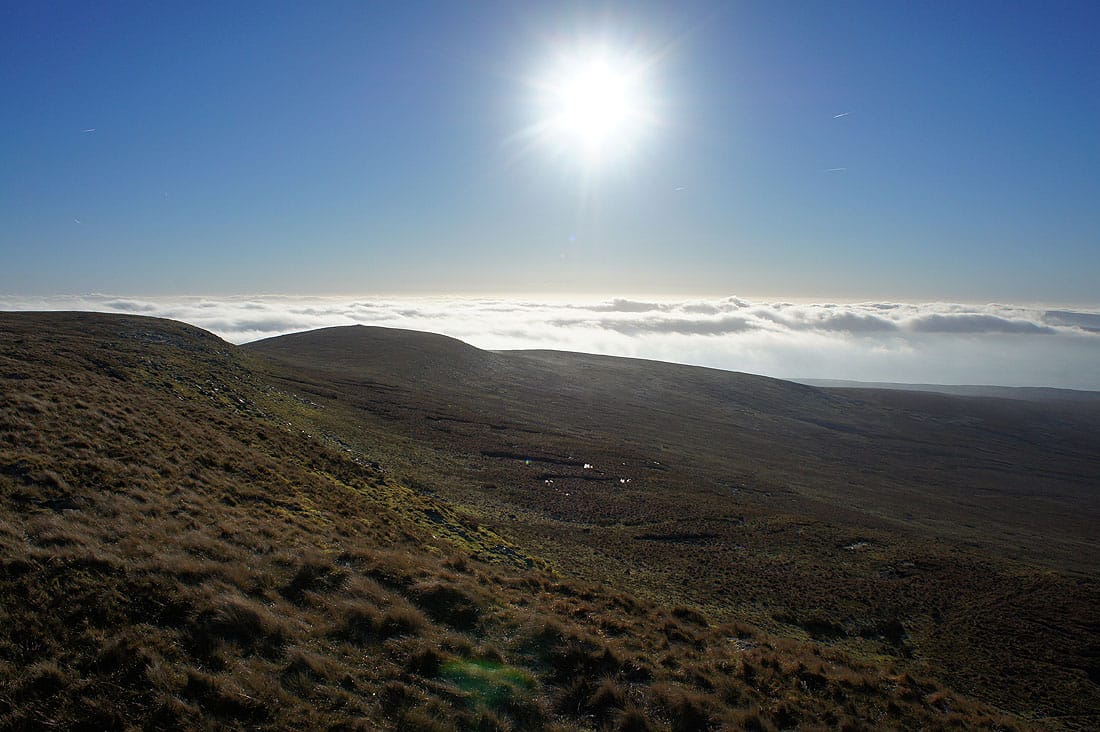 and looking in the other direction, a sea of fog to the south of Little Ingleborough. Seeing this definitely makes the effort of getting up here worthwhile, not that I need much encouragement. 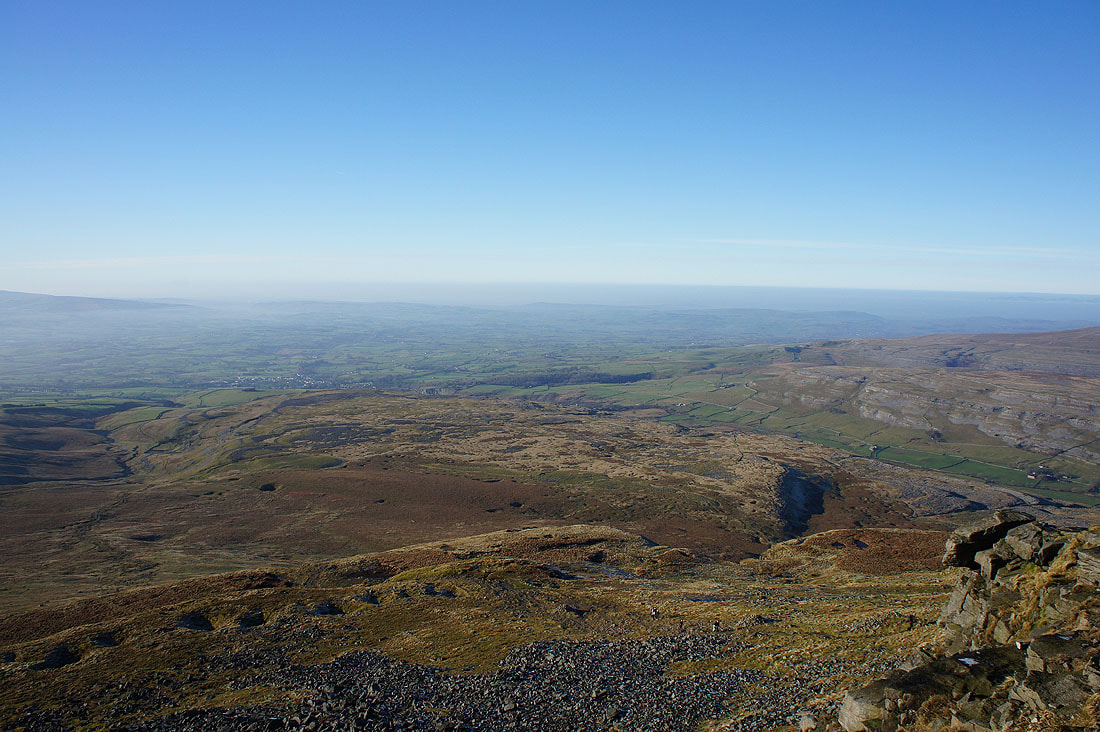 Finally onto the edge of the summit plateau. Before heading for the shelter we're going to walk round the edge and take in the view. Looking to the southwest towards Morecambe Bay, which I can't see because of the low lying mist, but I can make out Ingleton and Lunesdale. 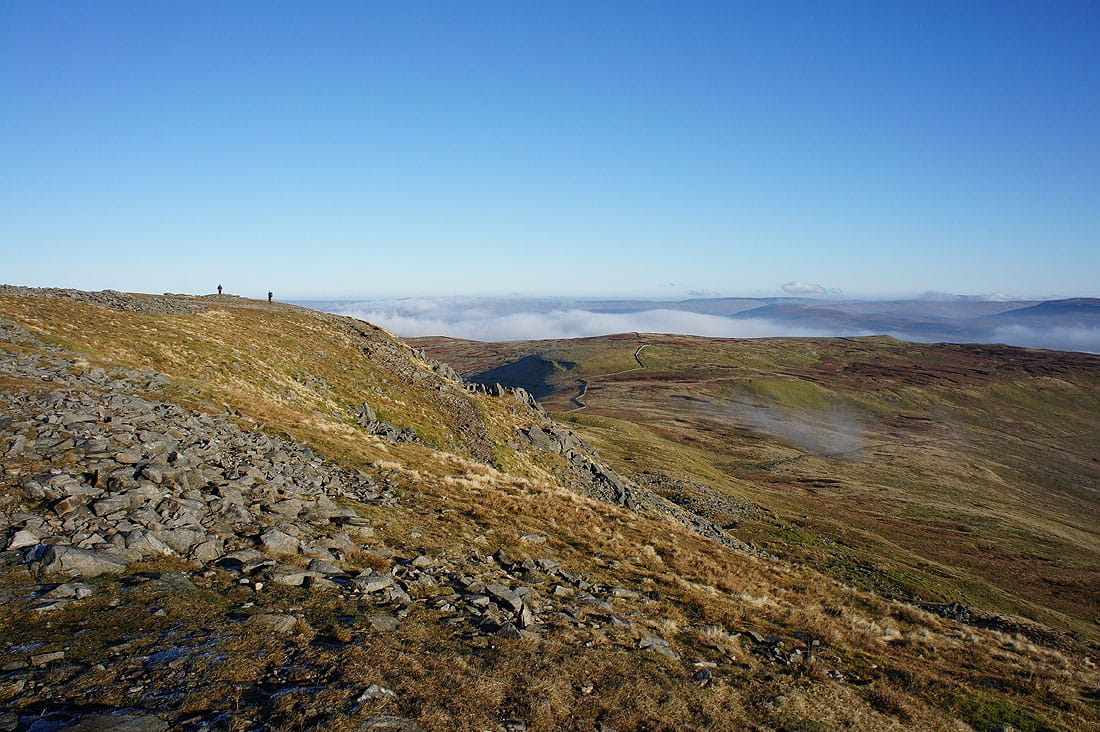 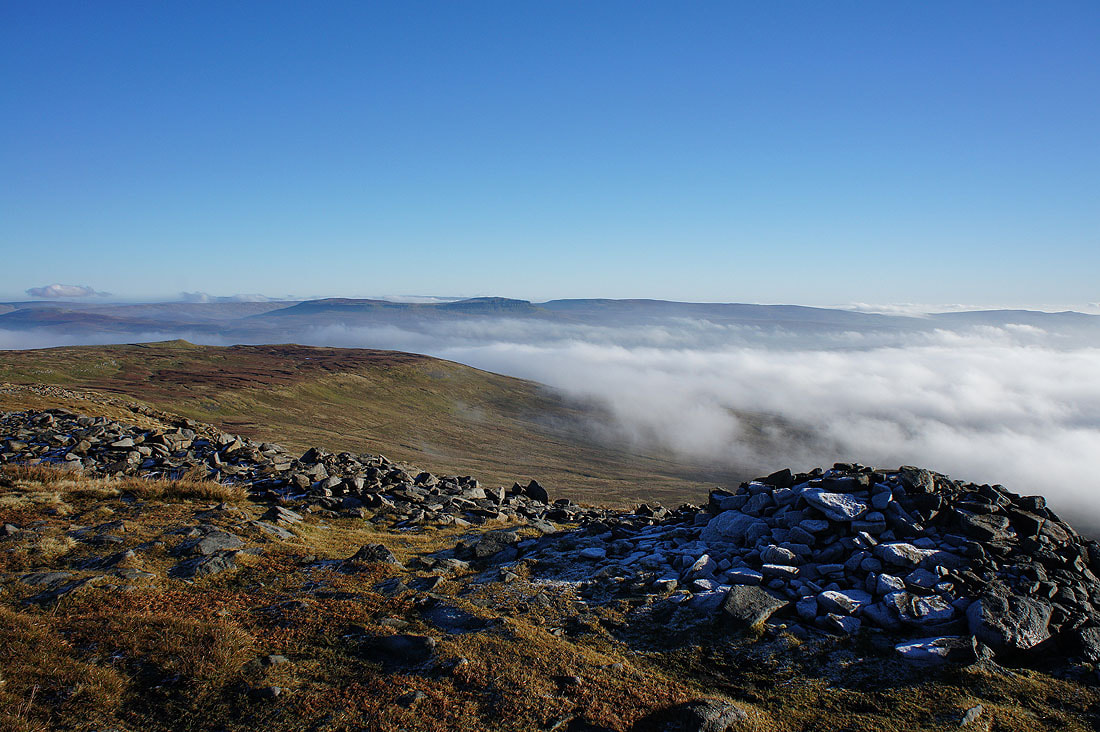 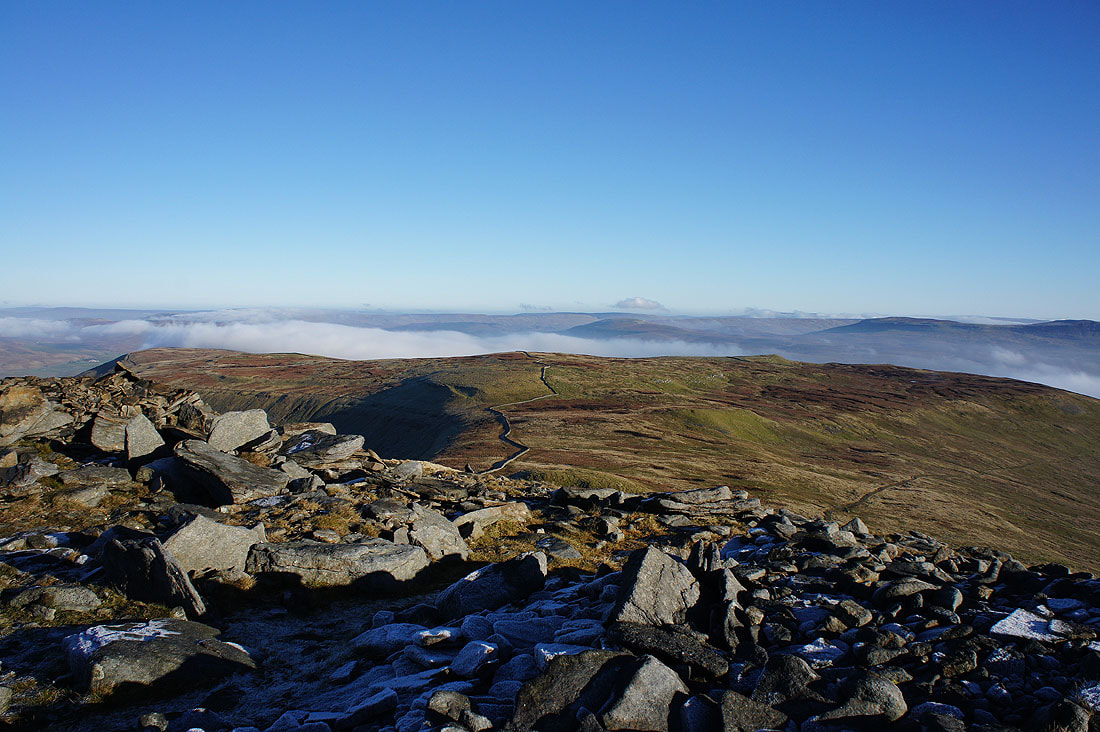 Simon Fell from the eastern end of the summit 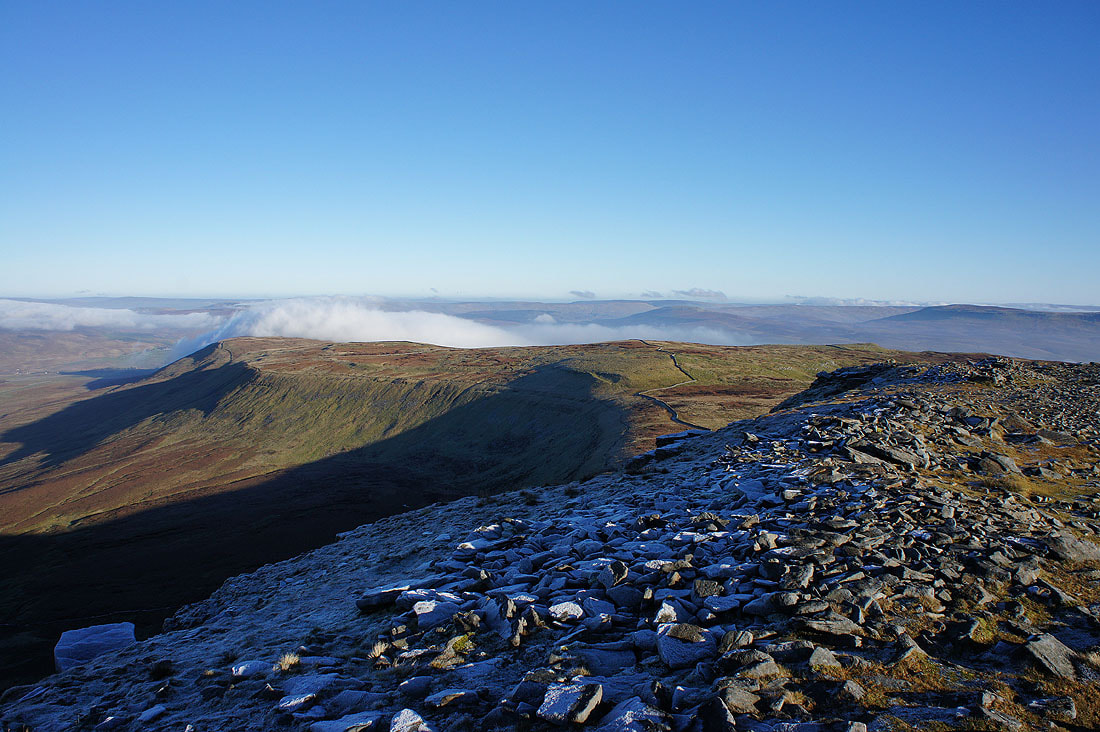 Frost lingers on the northern side of the fell 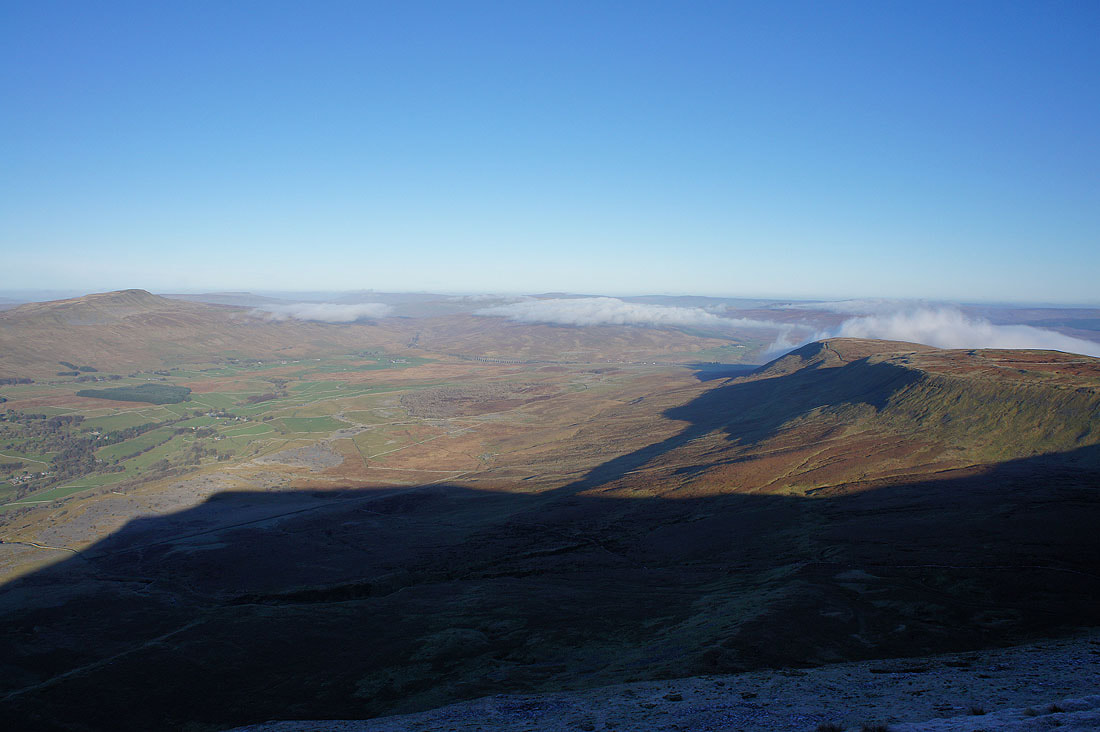 Whernside, Ribblehead and a cloud topped Blea Moor. It was interesting to watch the cloud making its way round the end of Park Fell. 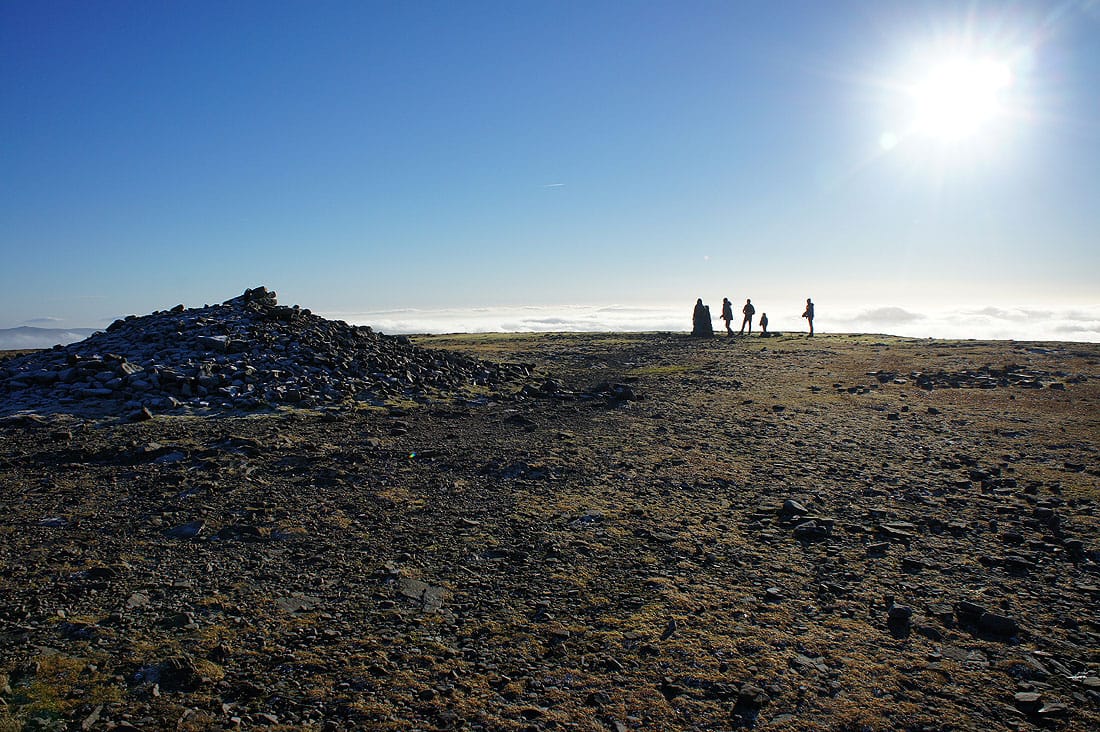 The summit cairn and trig point 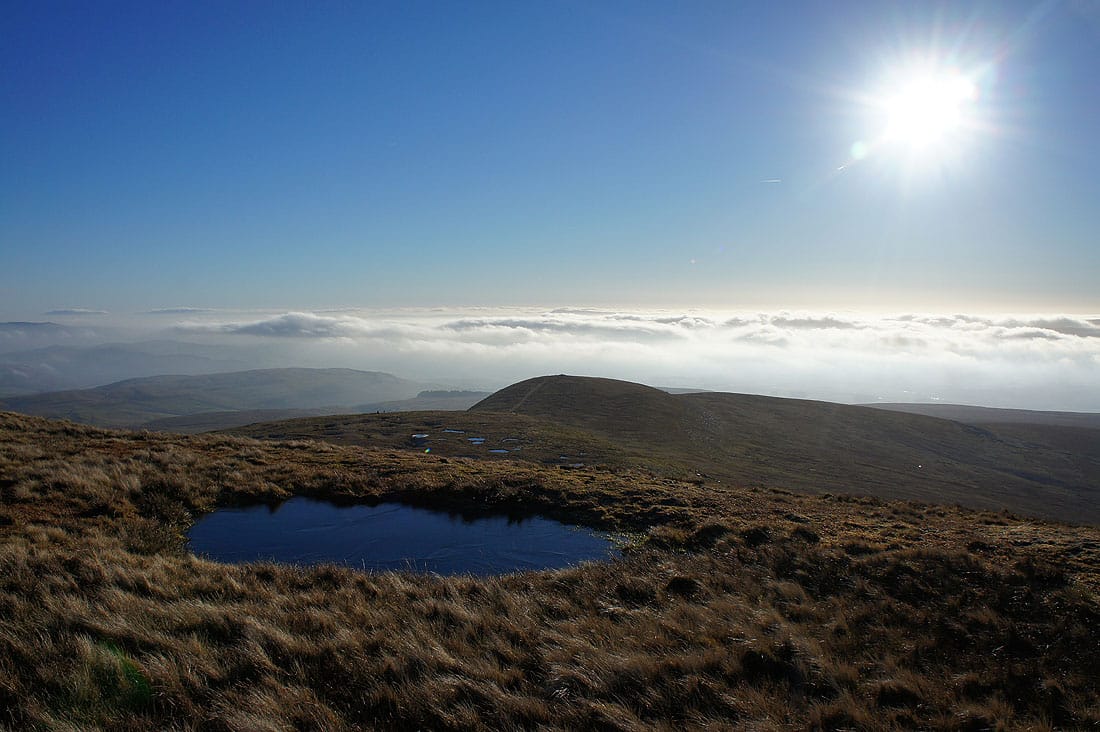 A couple more shots before heading back down and this was my favourite out of the ones that I took on the summit. A sea of fog to the south of Little Ingleborough and I could make out the top of Pendle Hill above it. 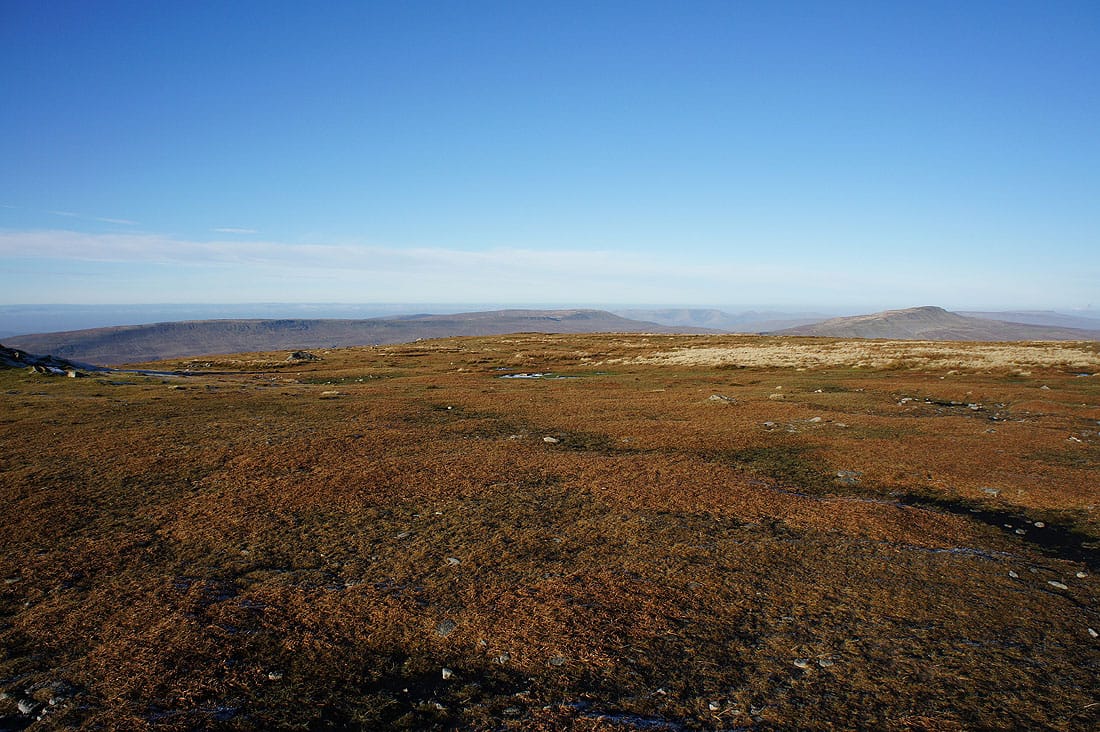 Gragareth, Great Coum and Whernside with the Howgills in the gap between them 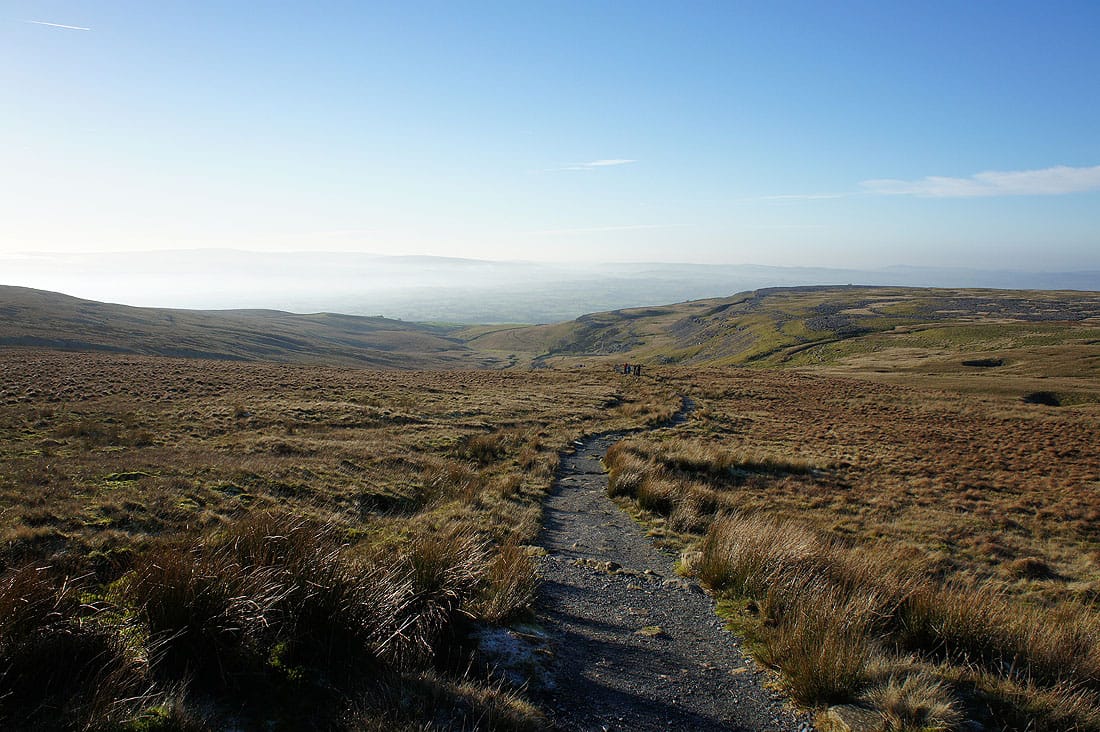 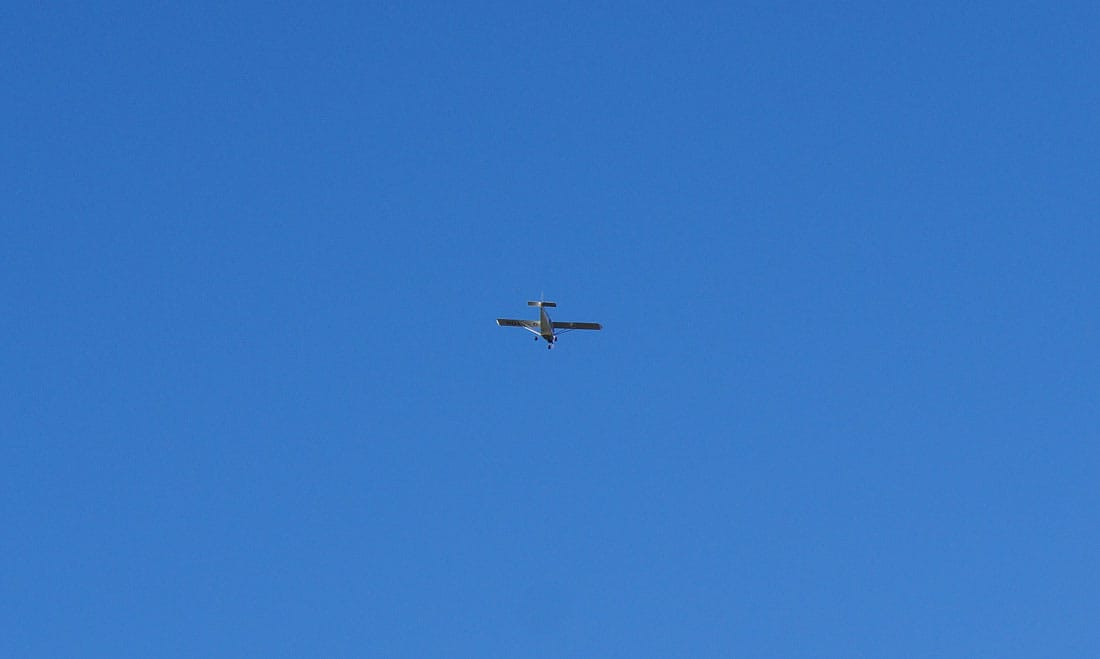 The pilot of this plane must be having a great time, it's been flying around the area for a good half an hour 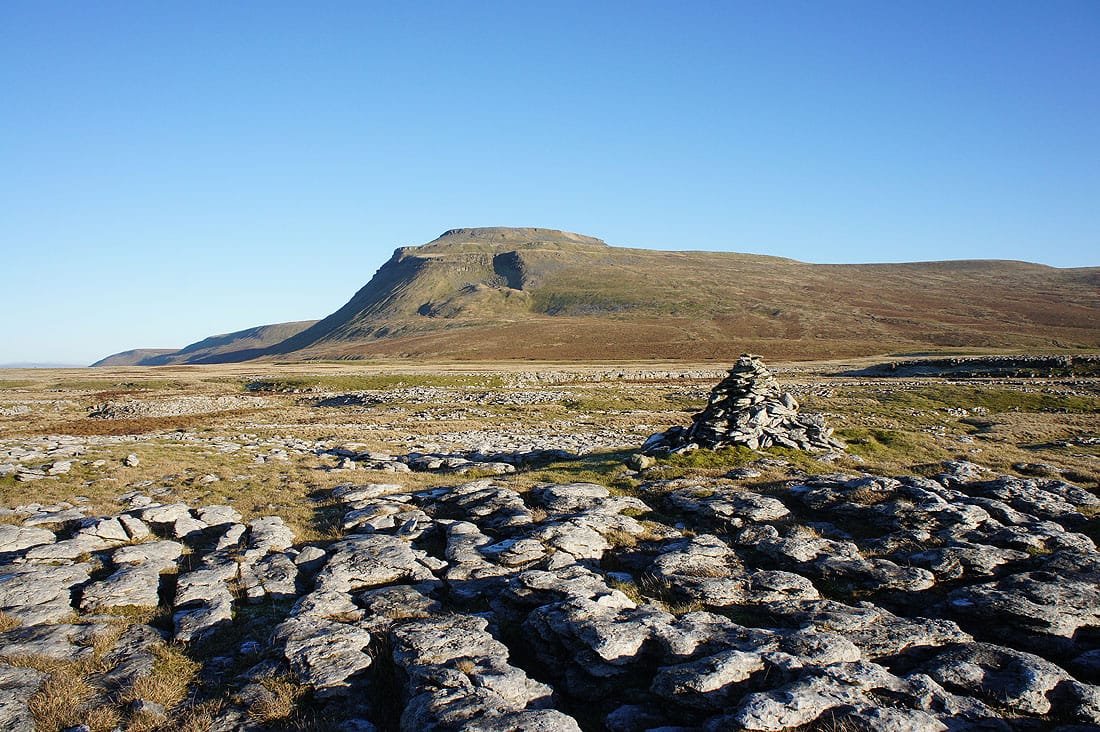 On White Scars and what is in my opinion the best view of Ingleborough. I didn't see anyone else make their way out here today but it's worth making the detour if you have the time. 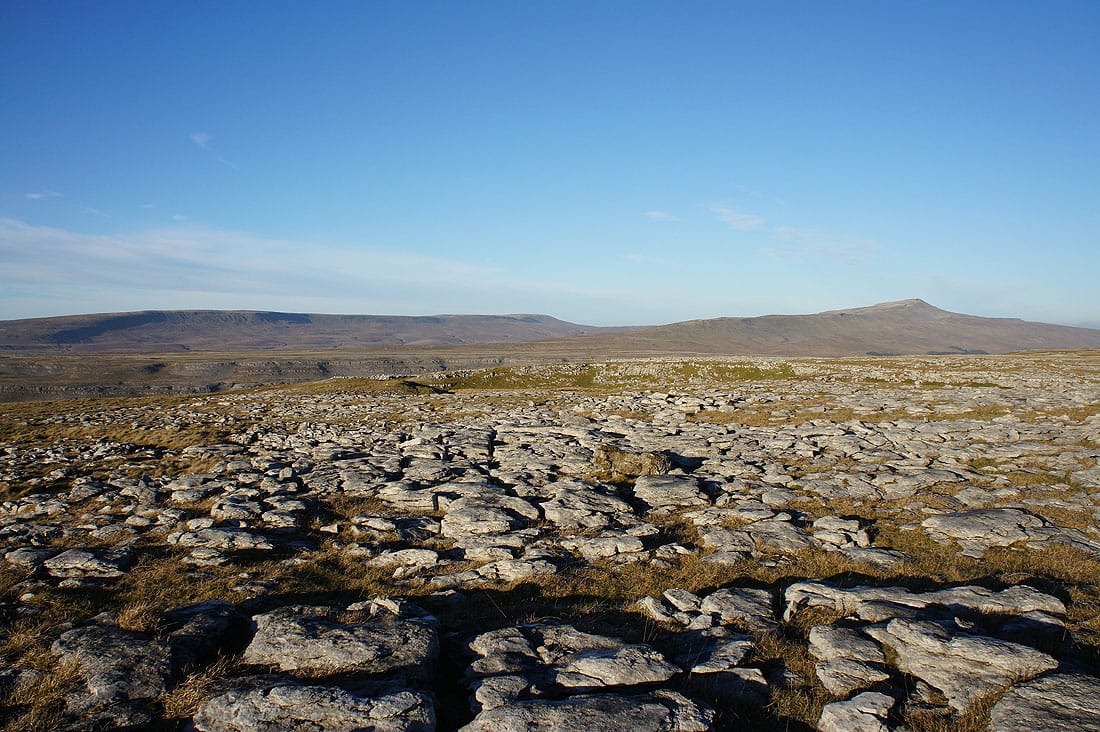 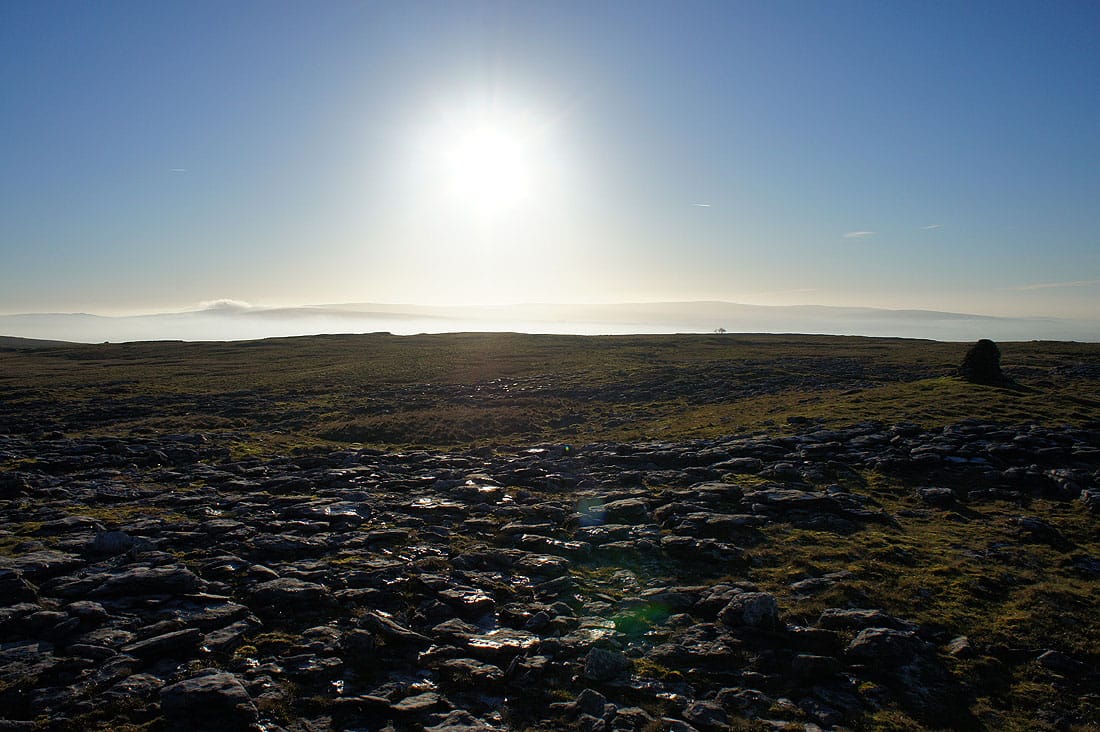 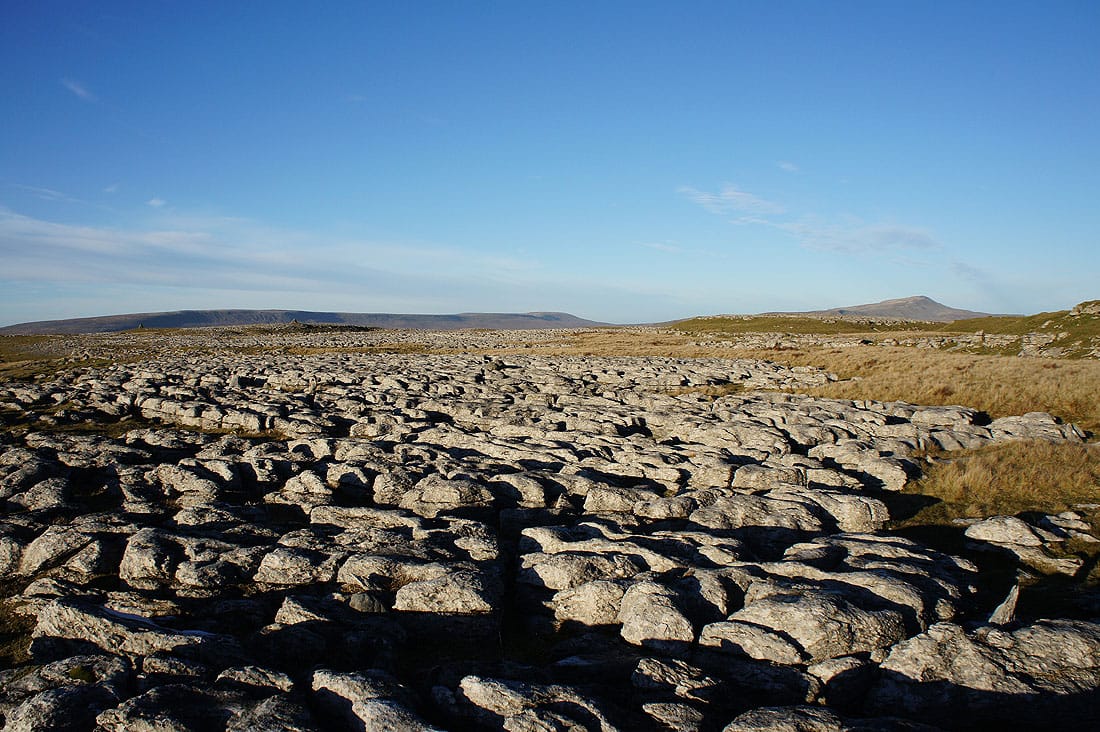 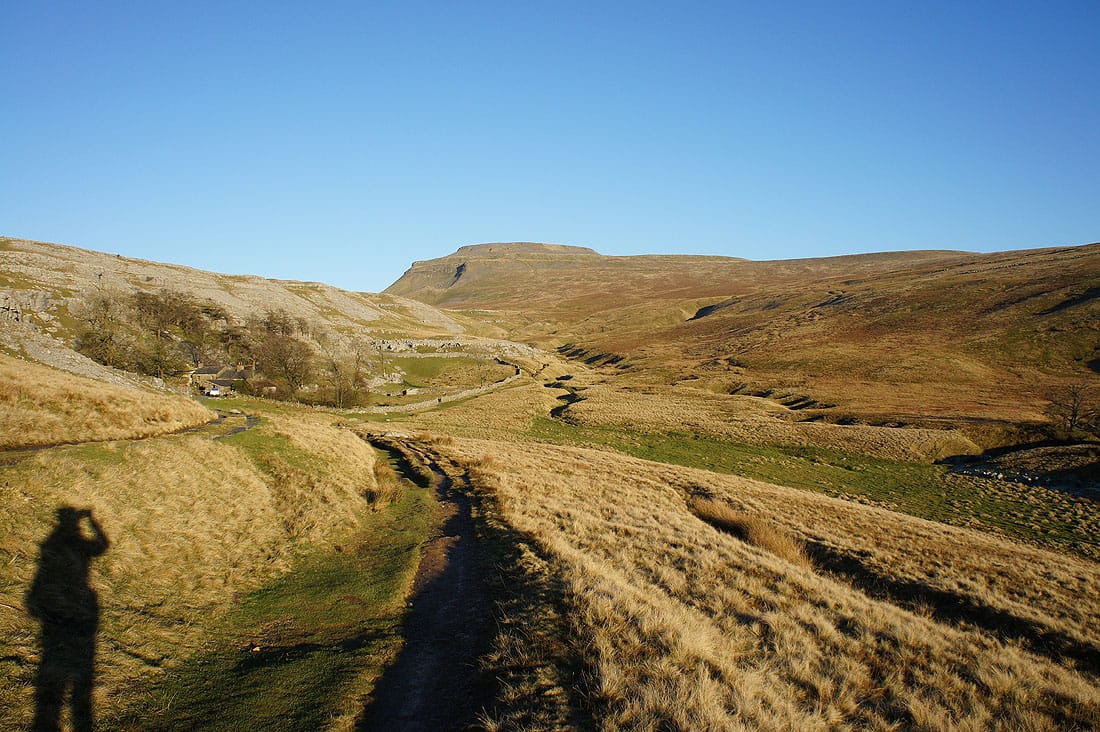 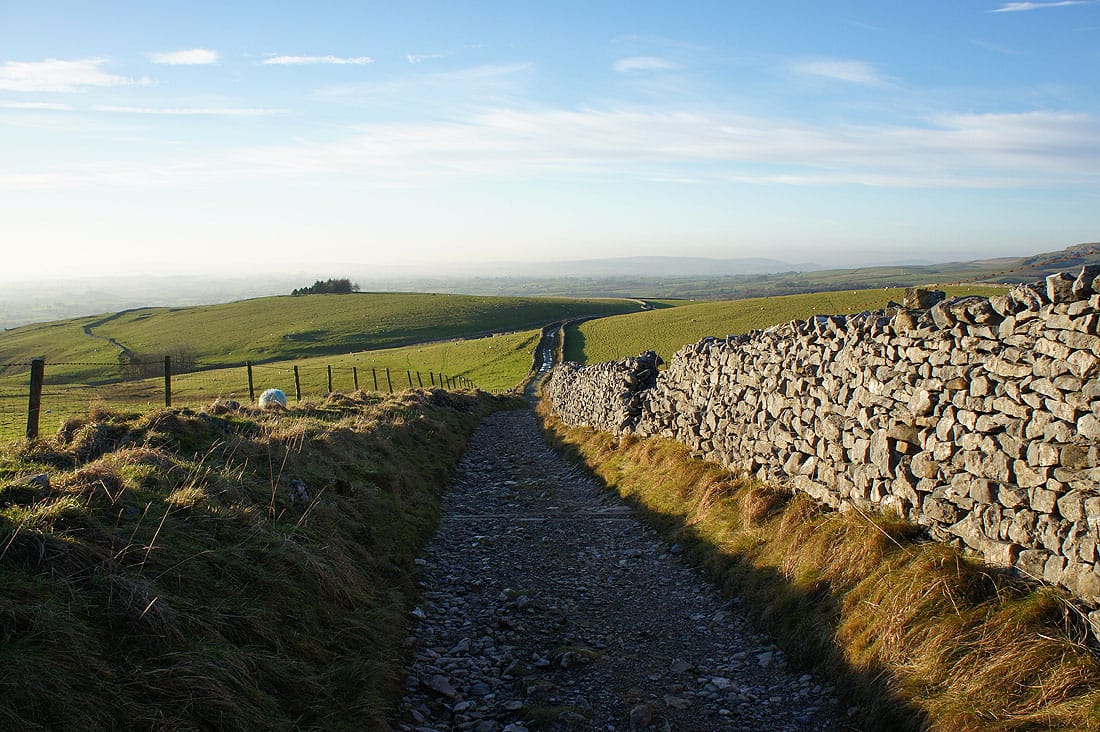 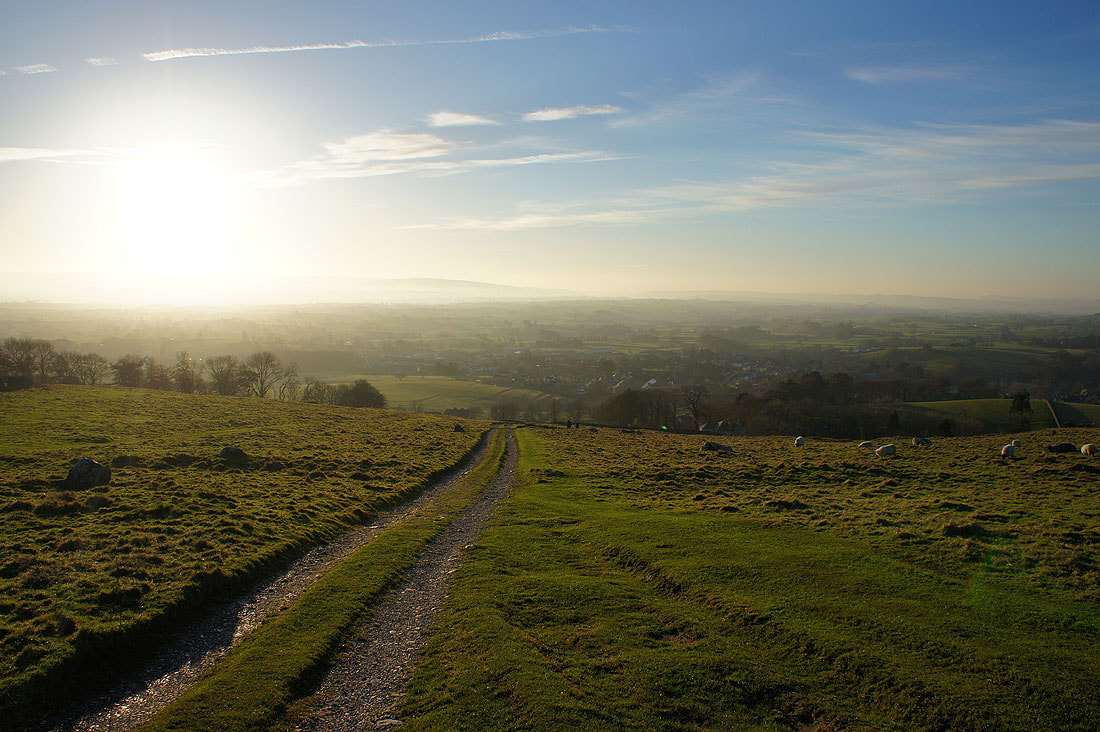 Ingleton in sight. Not far to go.
Return to HOME
Return to Yorkshire Dales Walks
Return to Walking Diary 2016