Another warm and sunny day for my first ever OFC group walk. I joined Roger, Ann and their dogs Harry and Bethan as well as Bill, Sherran and Ian for this walk to Great Borne and Starling Dodd from Bowness Point in Ennerdale.

From the car park we walked back along the road before taking the path uphill alongside Rake Beck. This path is not marked on the map but is easy to follow. We then visited the tops of Herdus, Great Borne and Starling Dodd. The way down from Starling Dodd is pathless over heather. We aimed for a V-shape in the forest boundary where there is gate in the fence. Forest paths were then followed back to the car park.
Route map 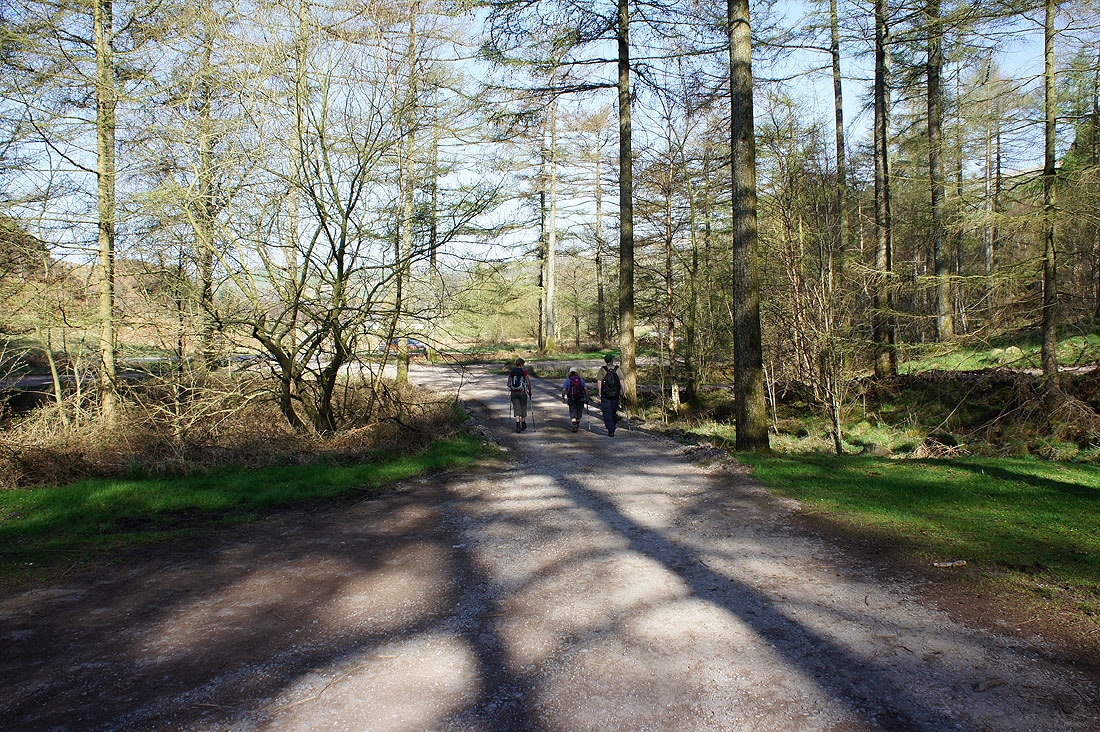 The start of the walk at Bowness Point 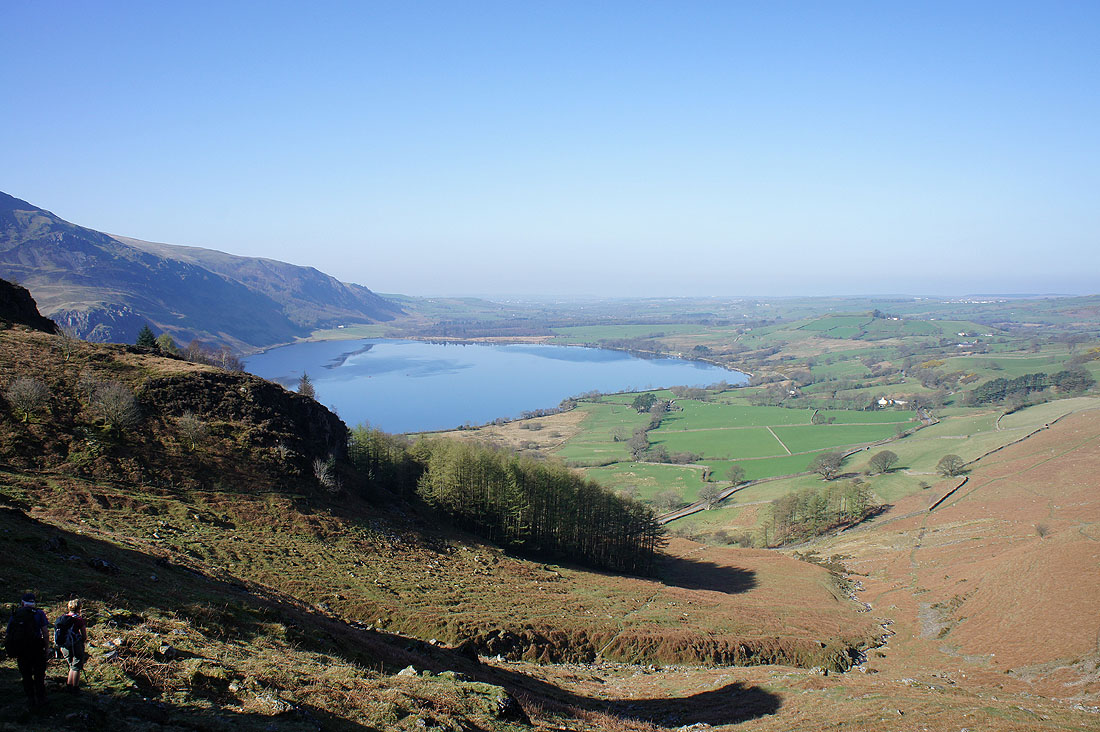 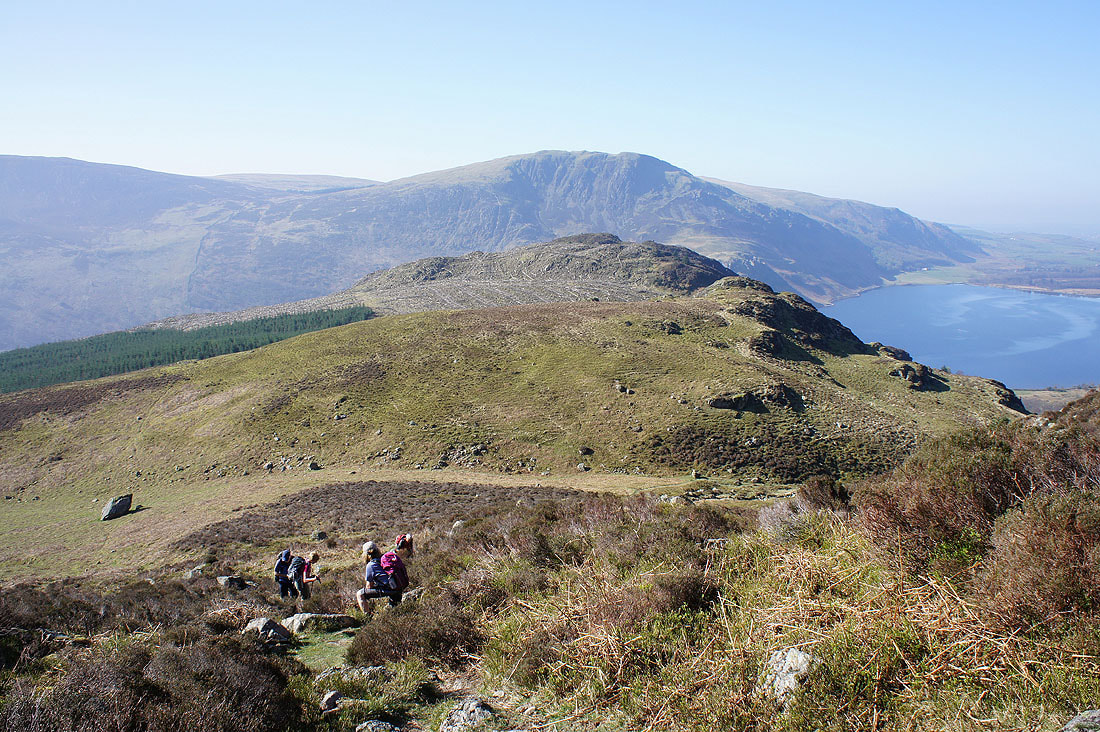 Bowness Knot with Crag Fell behind 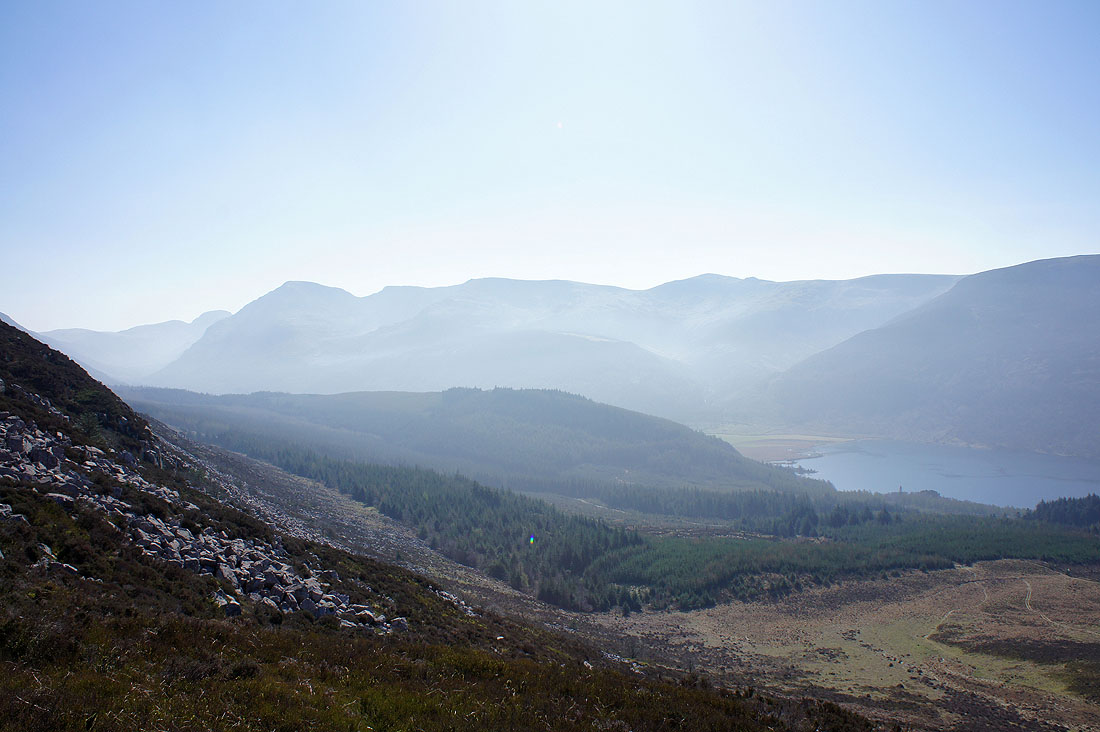 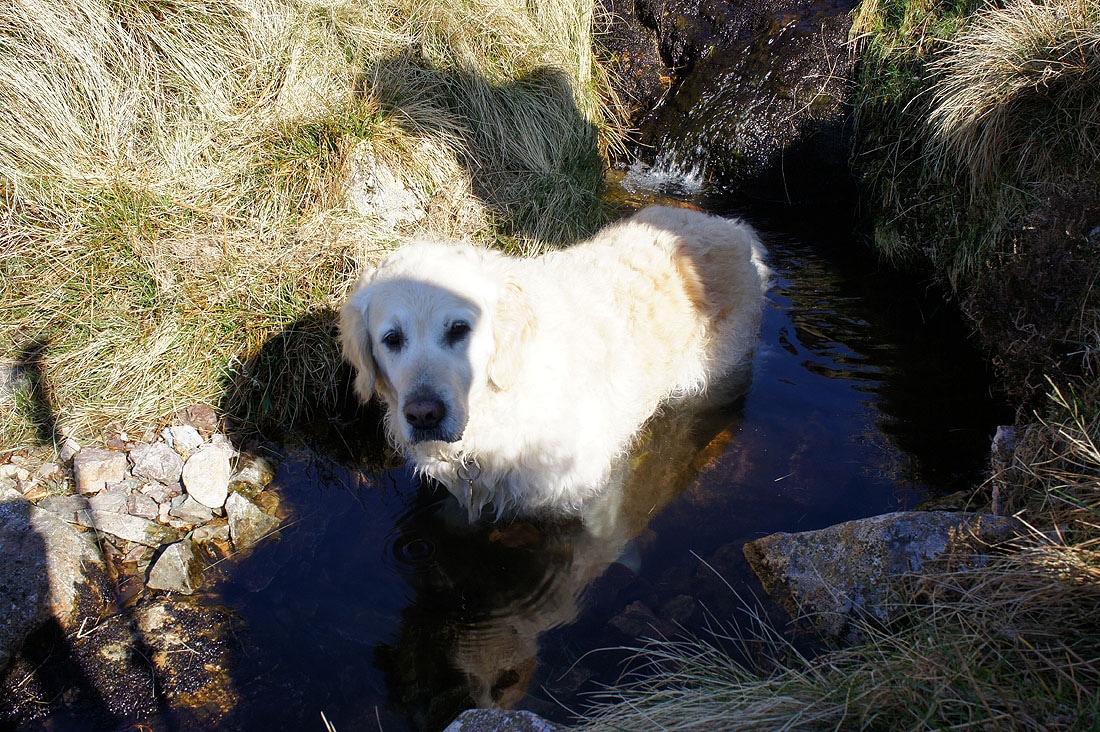 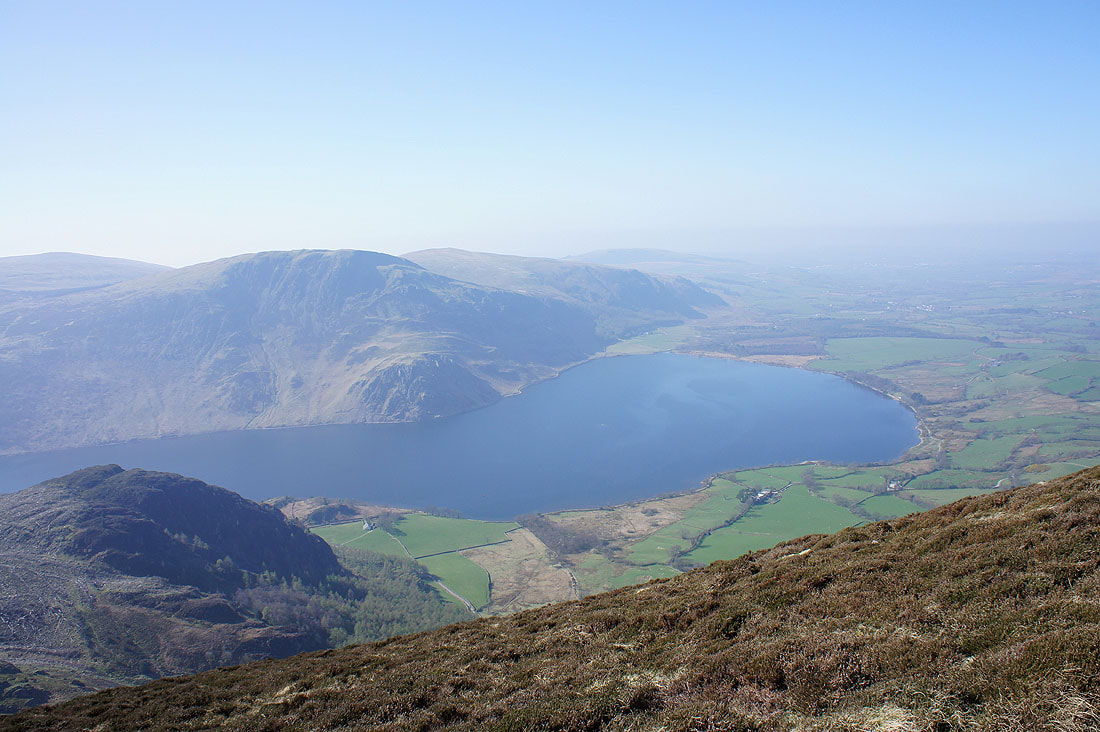 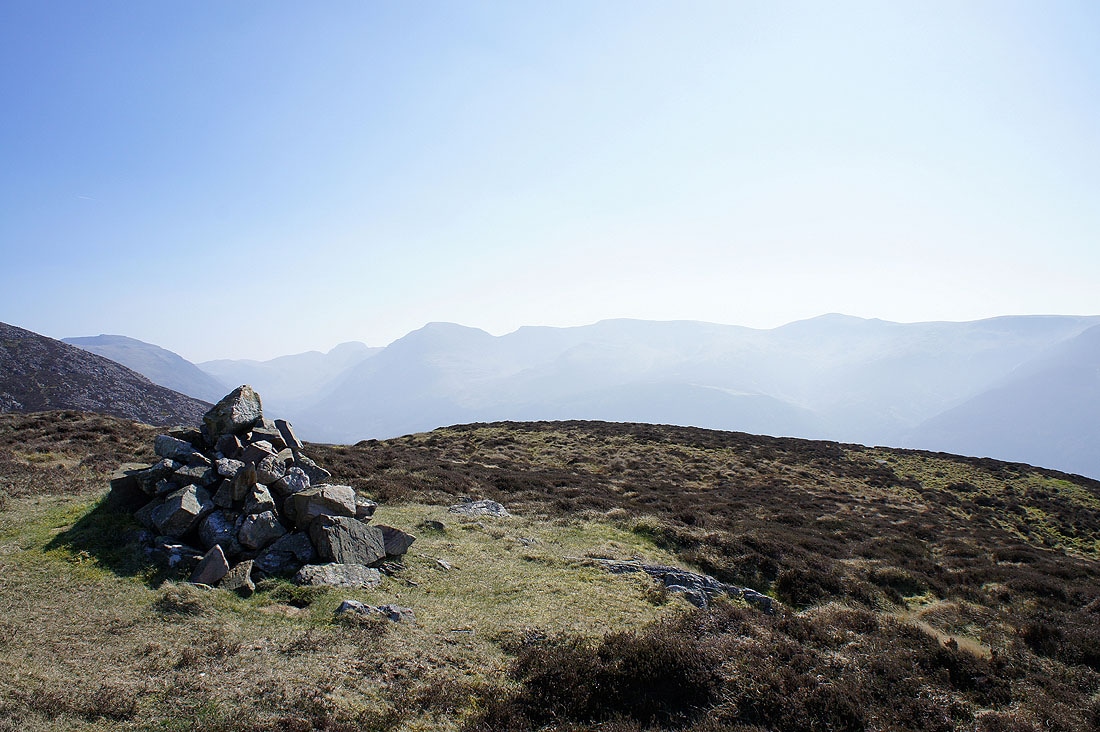 Pillar, Scoat Fell and Haycock through the haze 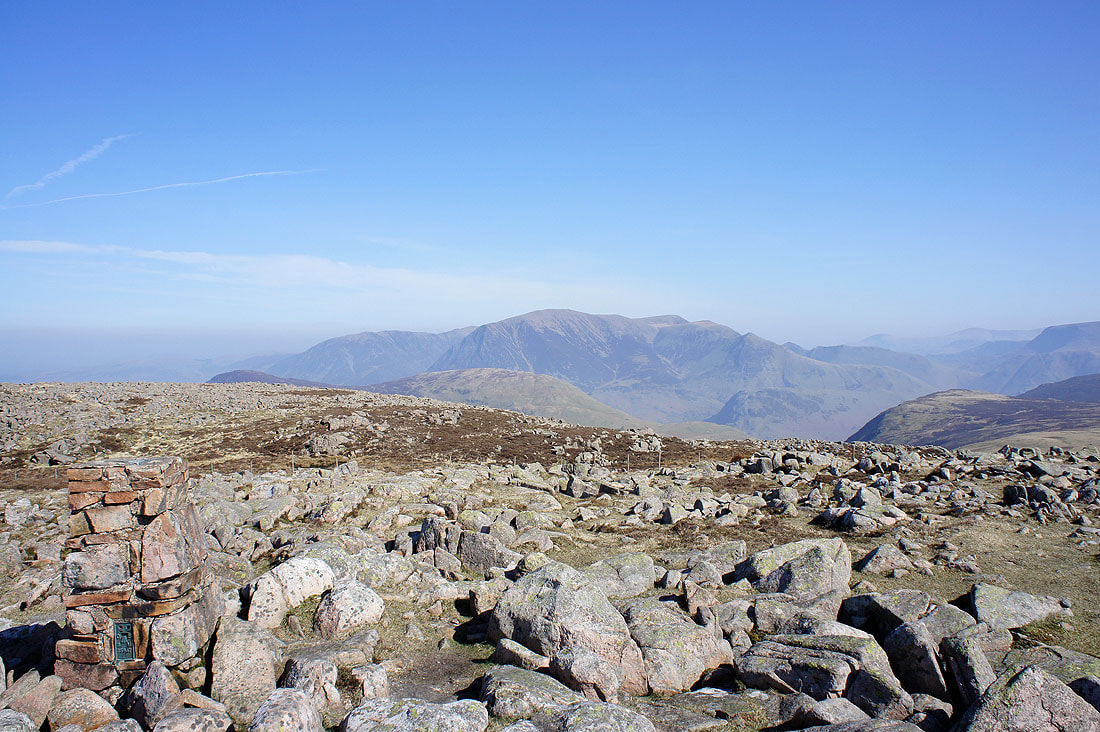 Grasmoor from the summit of Great Borne 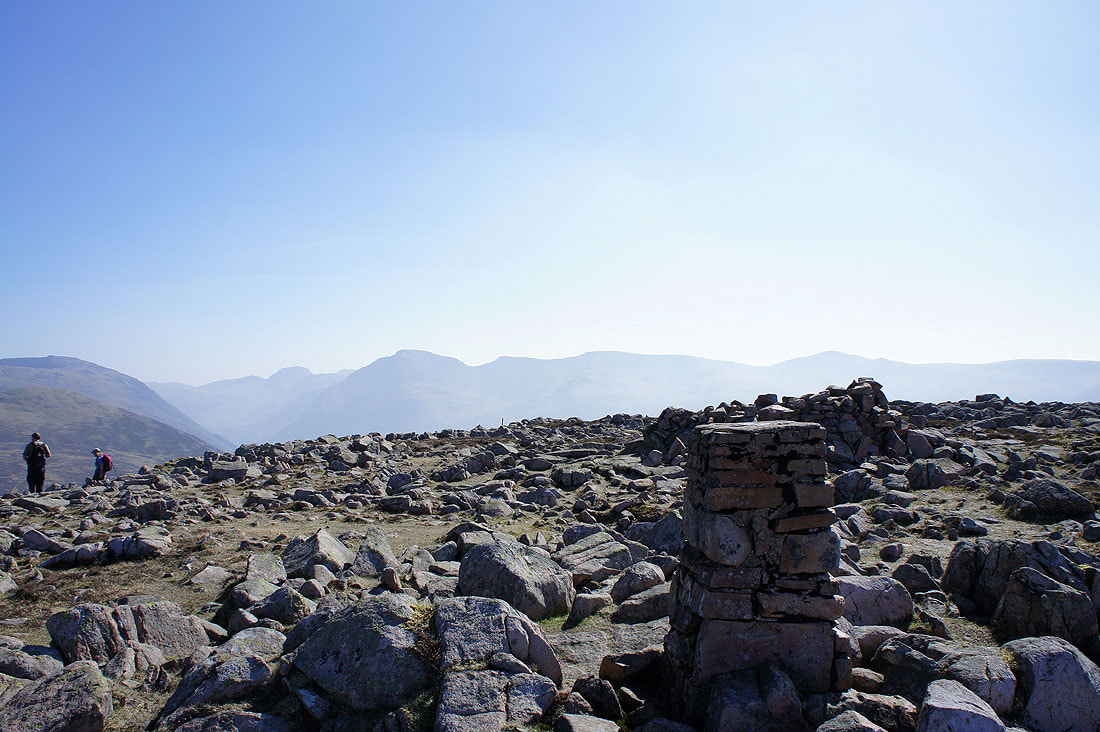 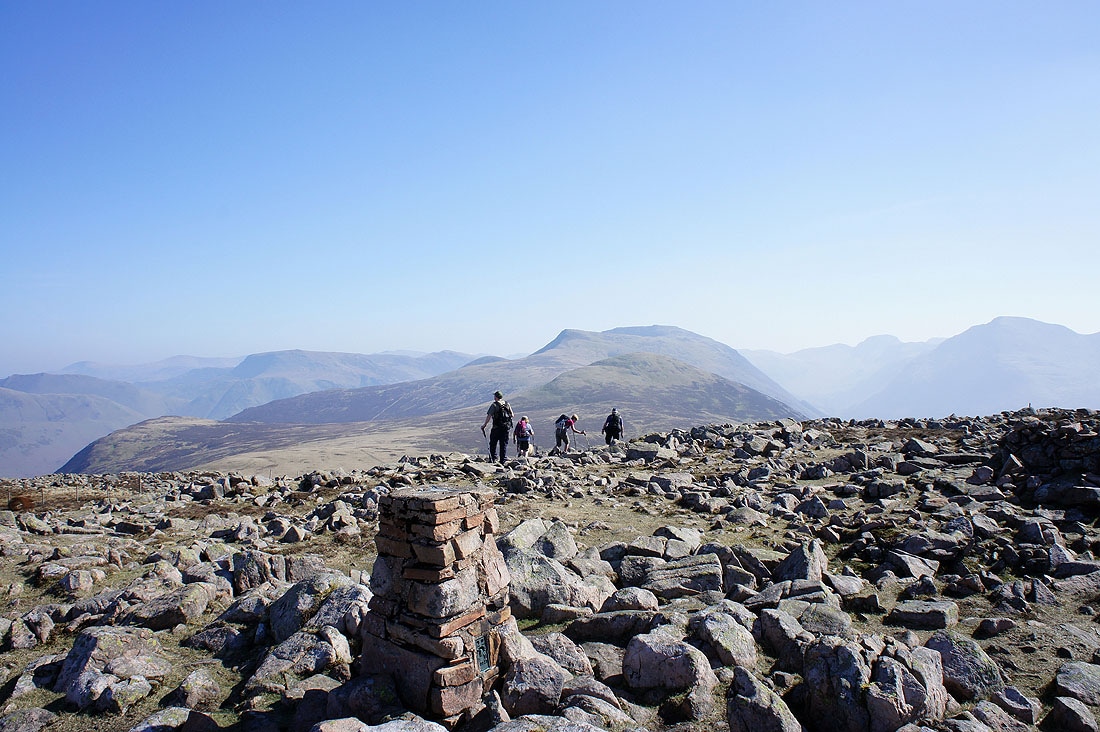 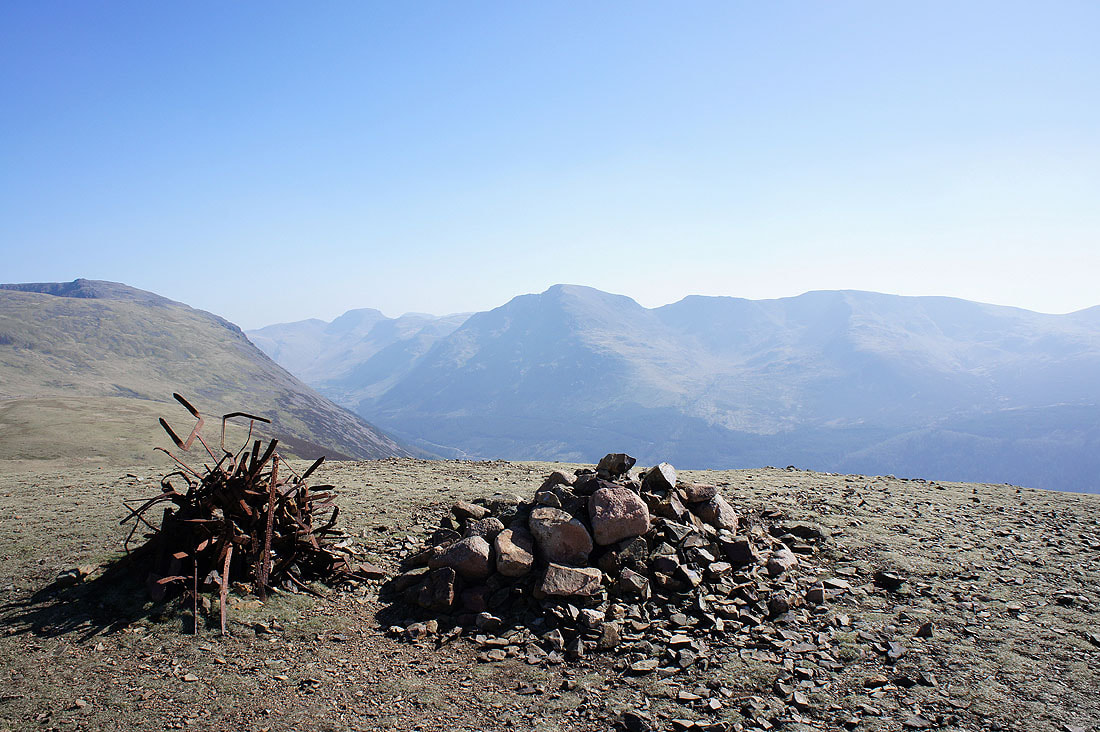 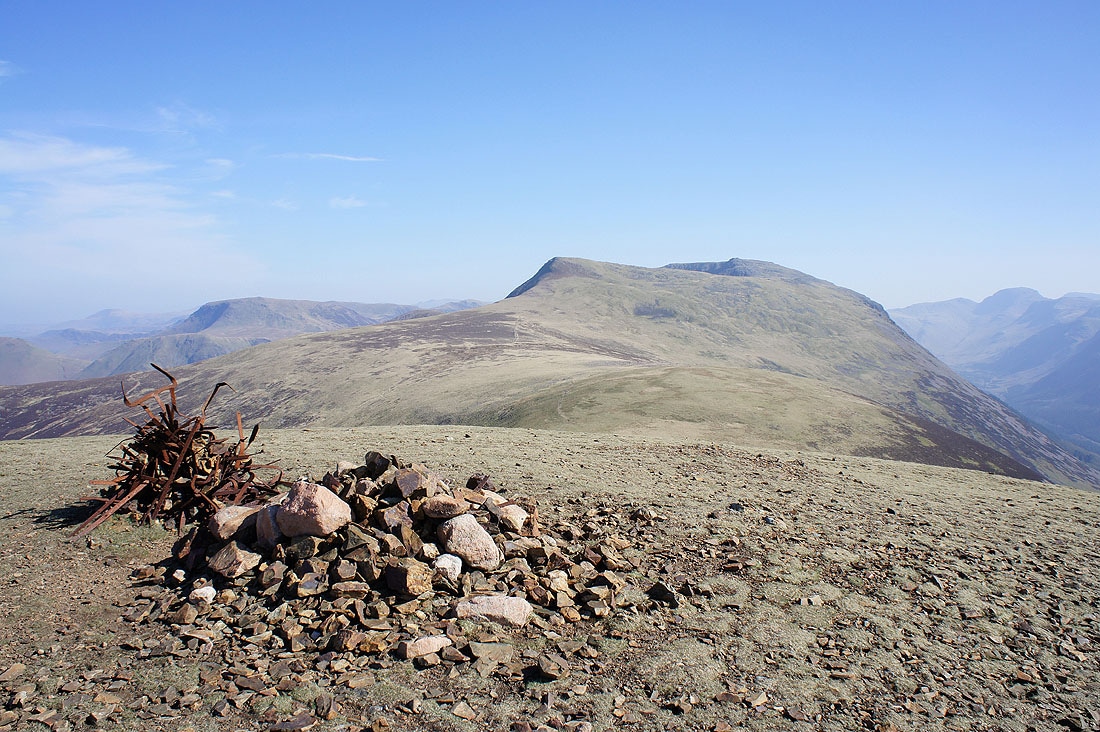 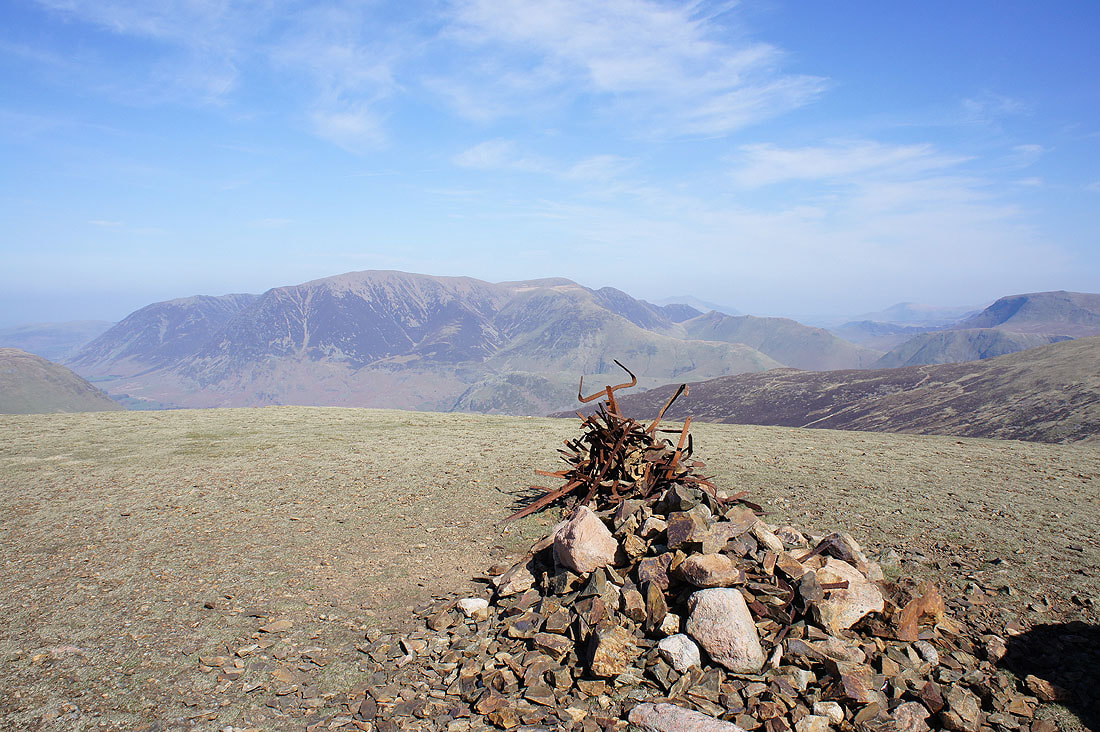 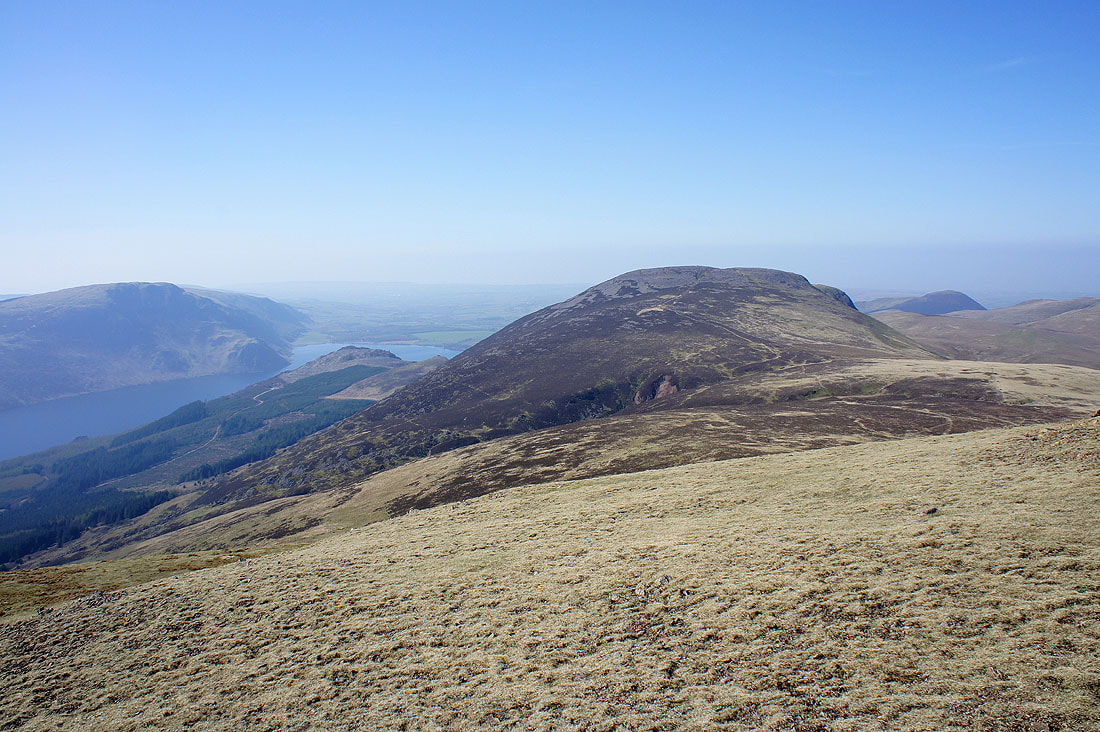 Looking back to the last summit of Great Borne 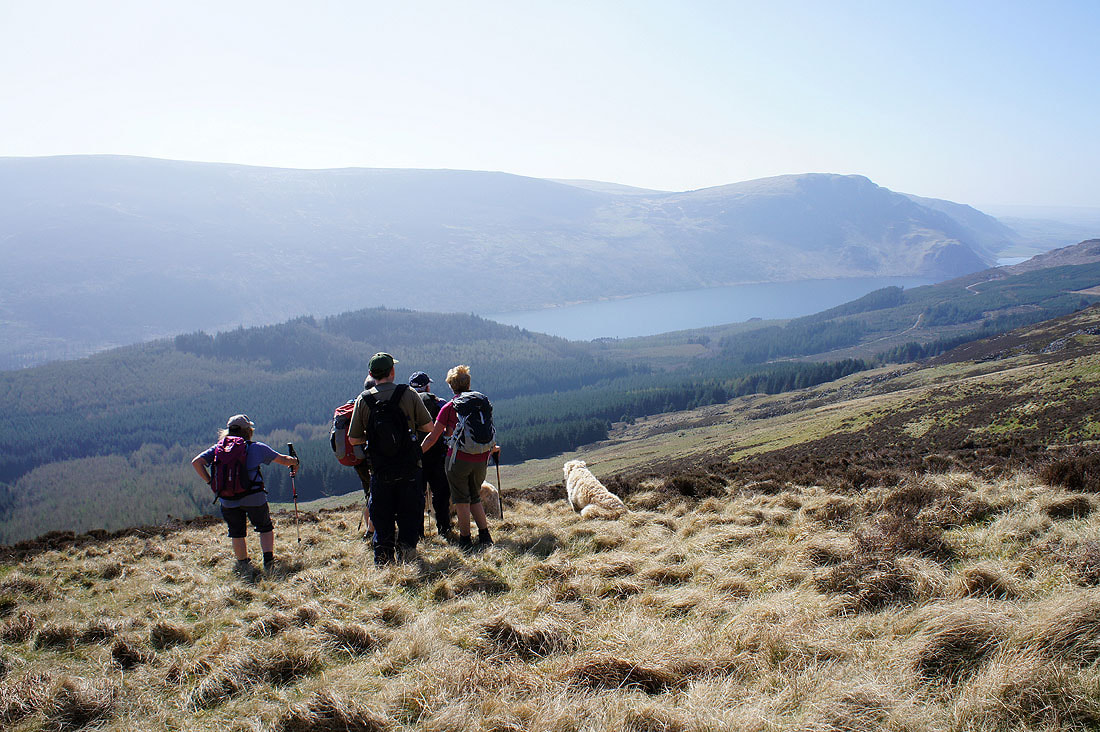 Contemplating on a great view. Which way are we going? 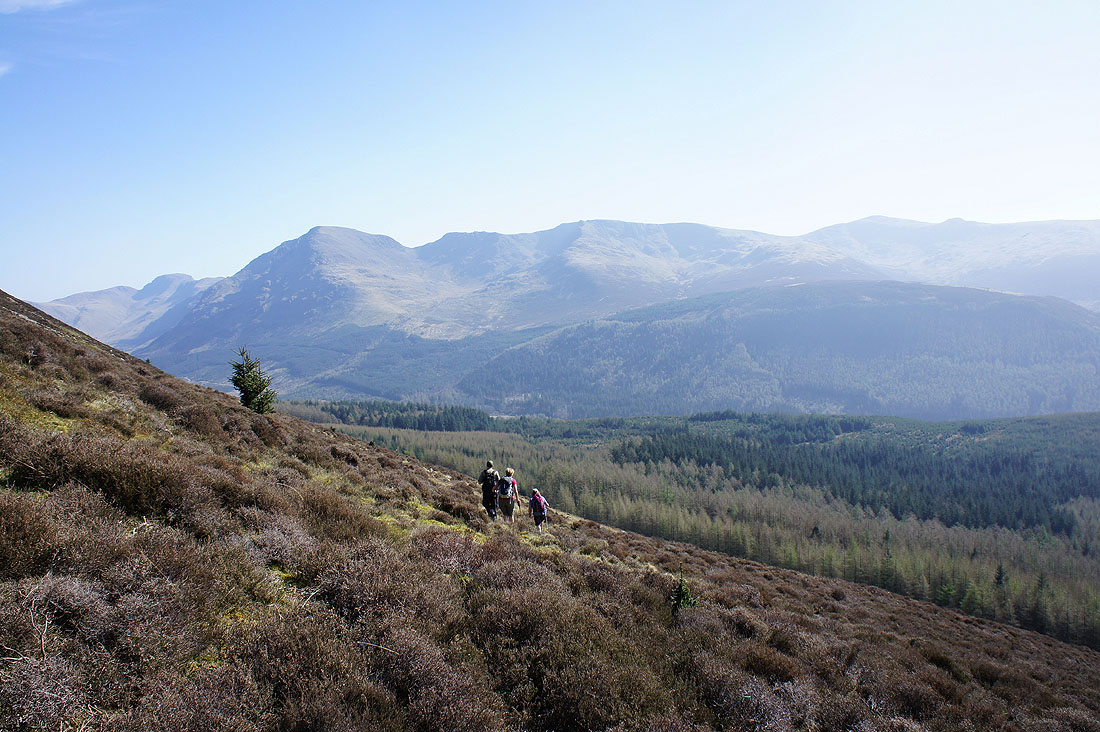 Descending through heather to the forest 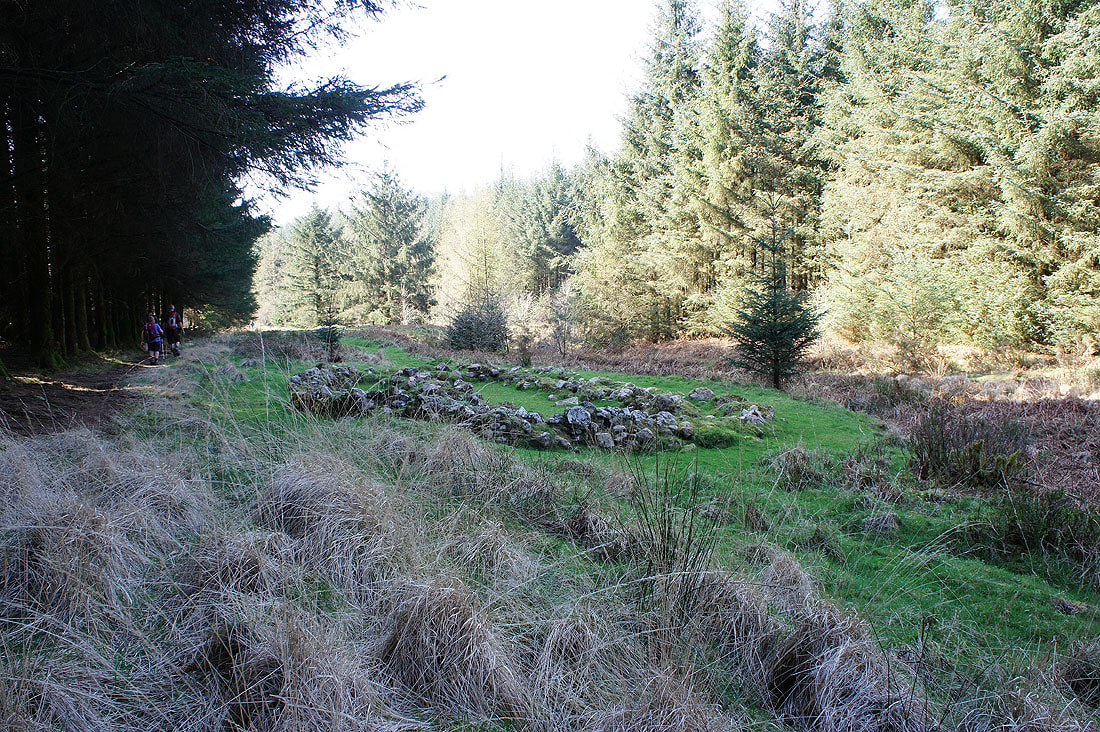 The "Settlement" in the forest 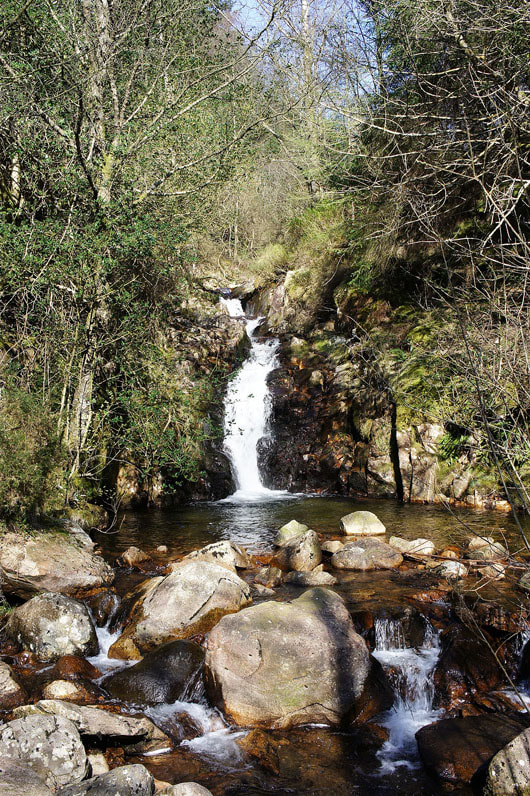 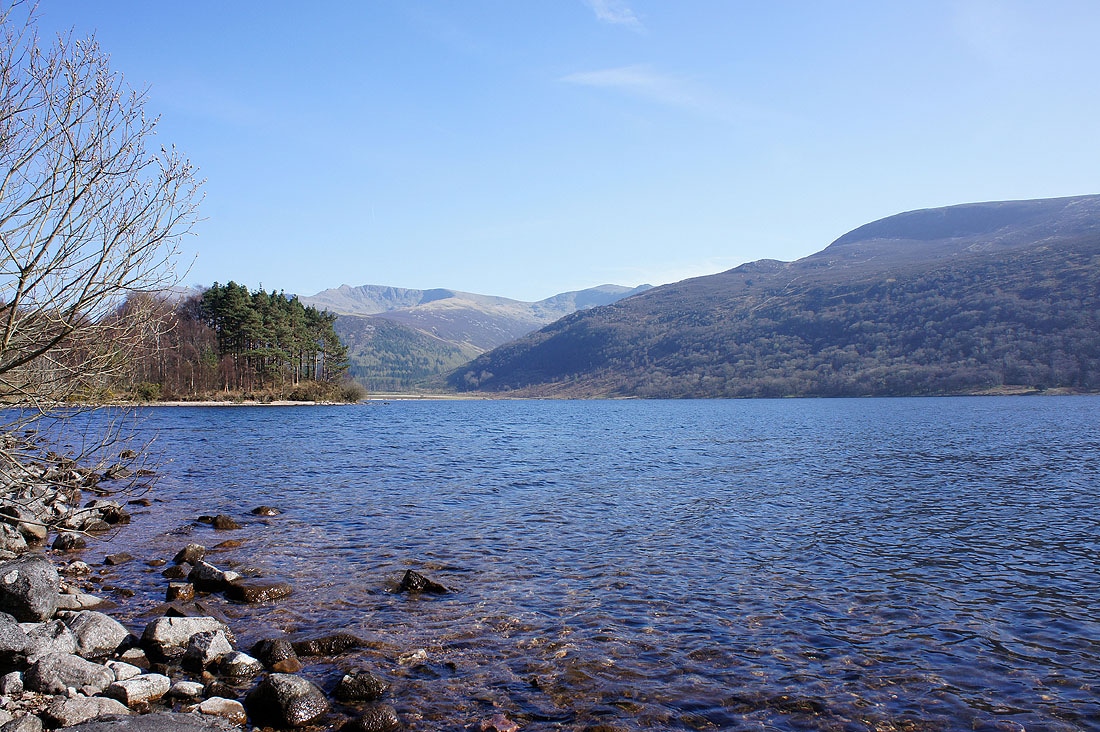 Back by the shore of Ennerdale Water 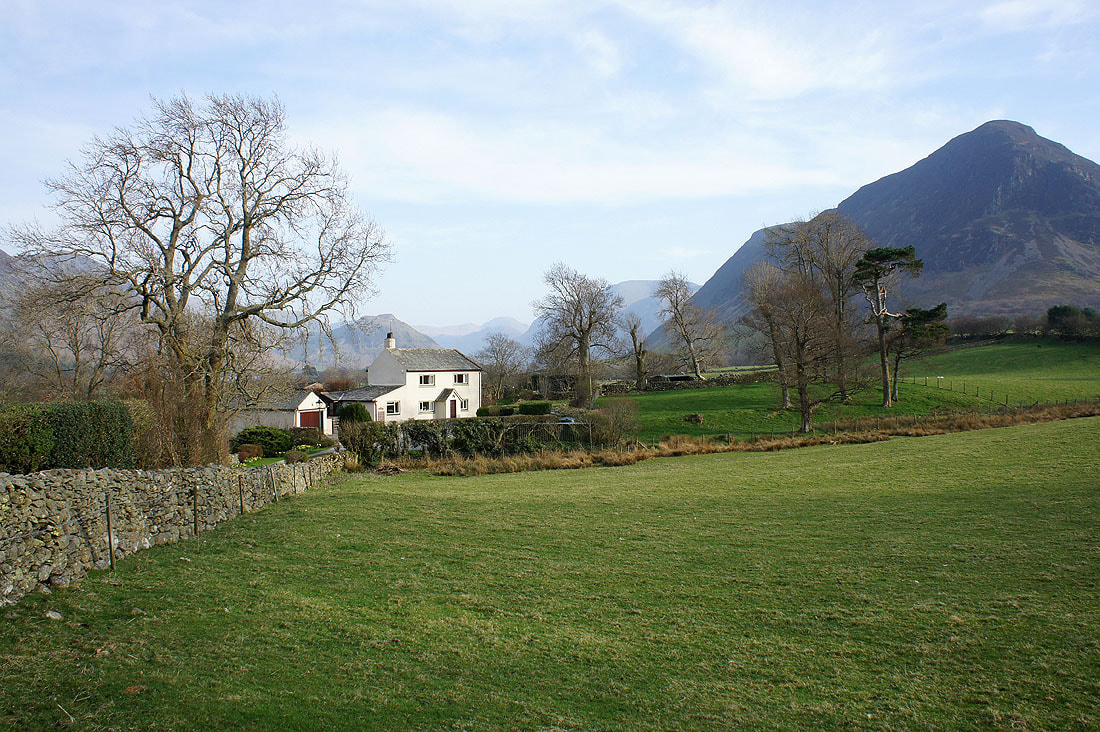 A couple of photos taken that evening in Loweswater. This one is from the red phone box near the Kirkstile Inn. The peak on the right is the north end of Mellbreak. 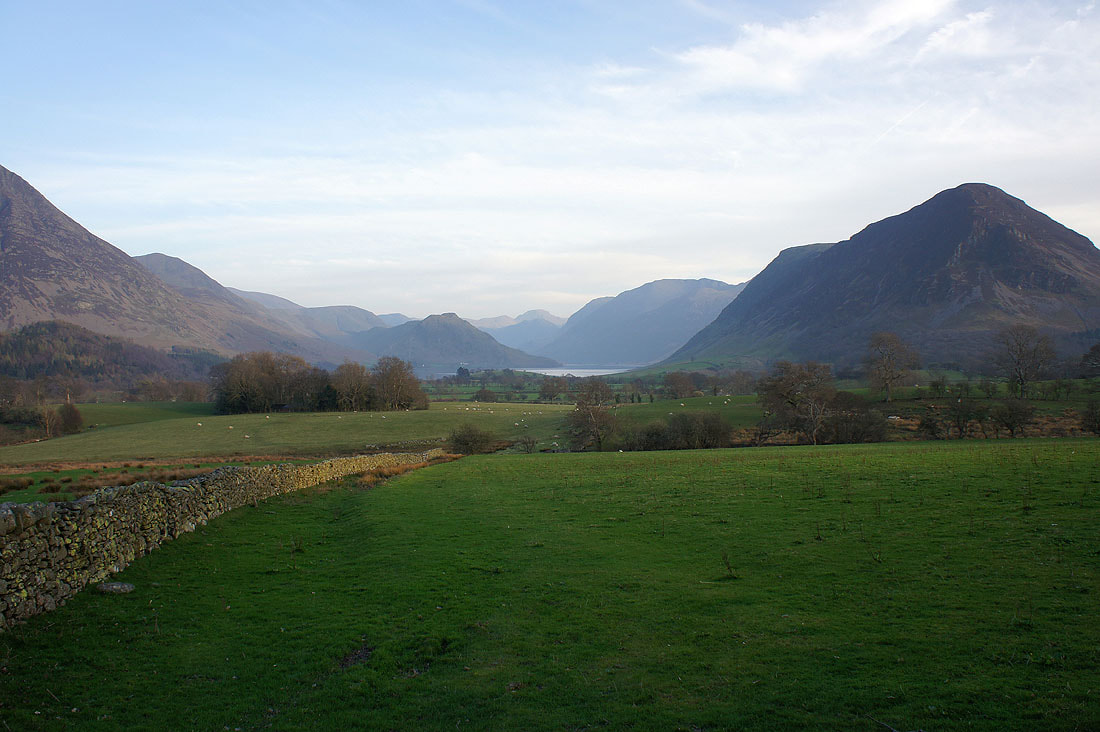 and this one is from the side of the road from Thackthwaite to Loweswater. What a view! That's Great Gable in the far distance at the head of the valley.
Return to HOME
Return to Lake District Walks
Return to Walking Diary 2012