The forecast for today was for the weather to be better the further west you went so I decided to head for the Lakes and do some of the Langdale Pikes that would count towards my second round. I certainly picked the right location, fells just to the east such as Helvellyn and Fairfield were plagued by low cloud. The bit of mist I encountered just made the walk more interesting.

From the NT car park at Stickle Barn I made my way up Stickle Ghyll to Stickle Tarn. The first top of the day, Sergeant Man was the next objective. After having my lunch there I then followed the clear paths to the tops of High Raise, Thunacar Knott, Pavey Ark and Harrison Stickle. My route down to Stickle Barn was the path via Pike Howe.
Route map 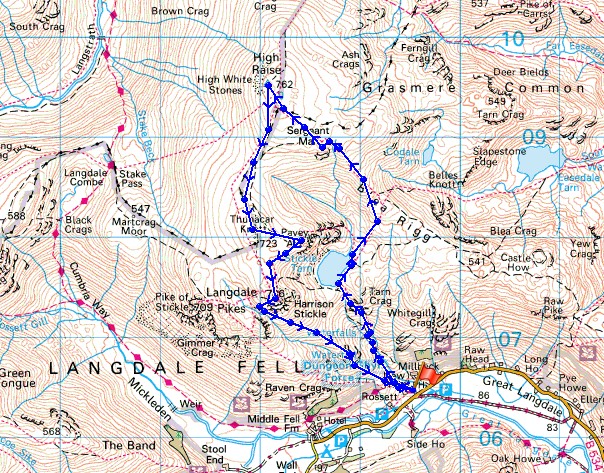 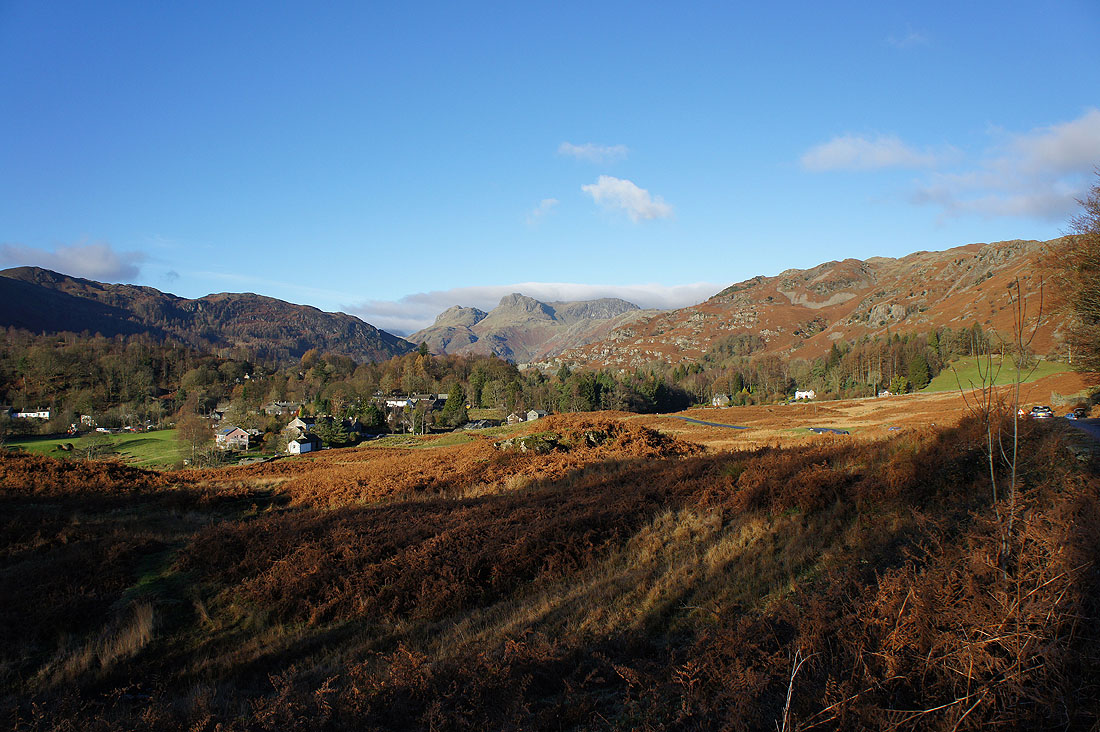 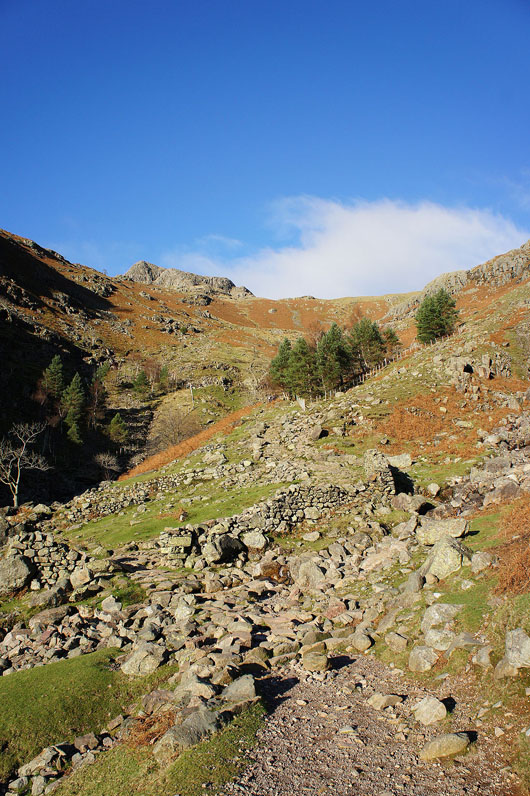 On the path up Stickle Ghyll to Stickle Tarn. It's much improved since I last used it. 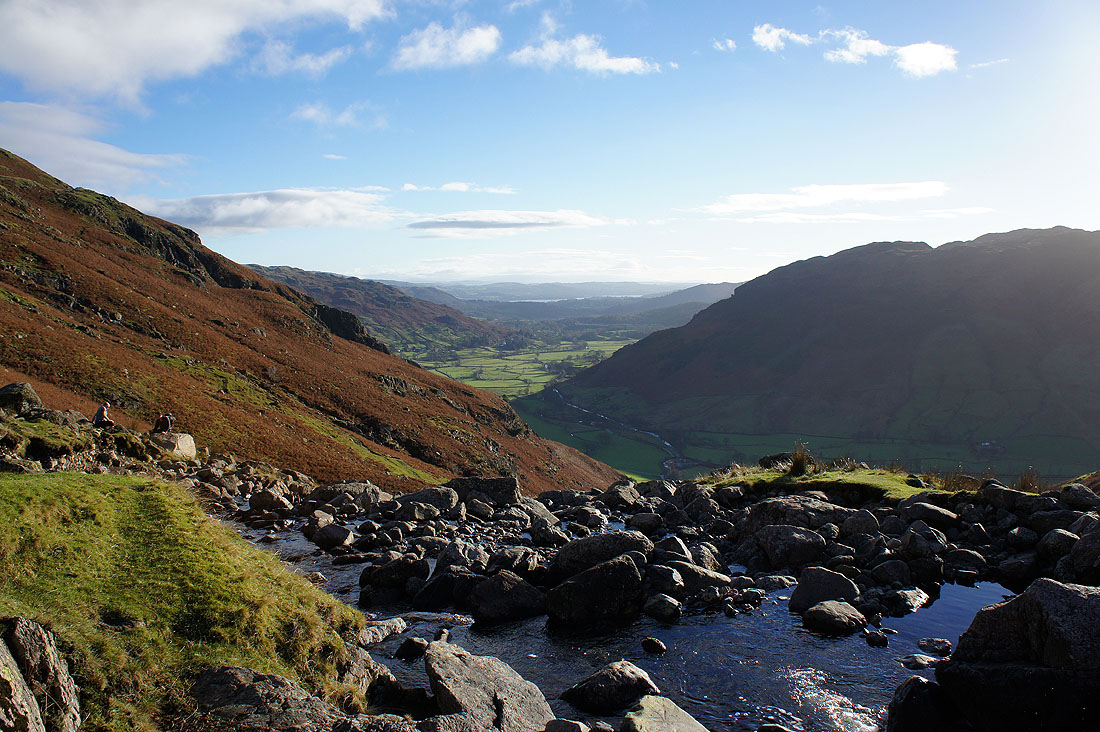 Looking back down on Langdale from part way up 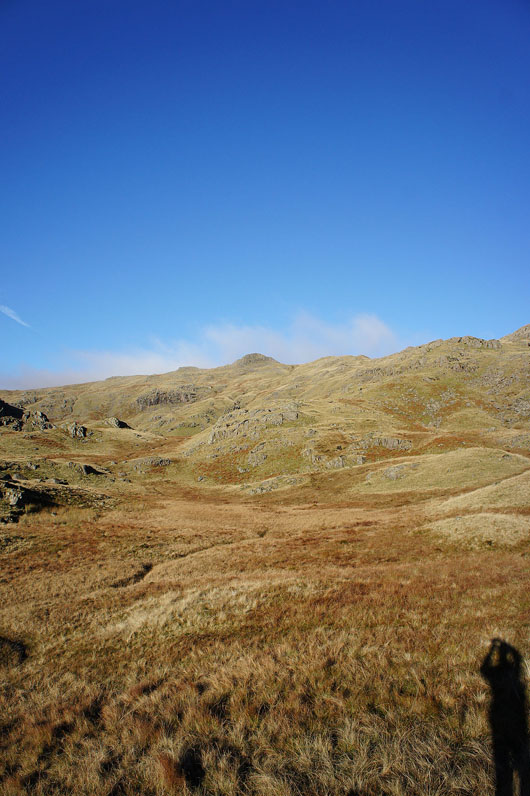 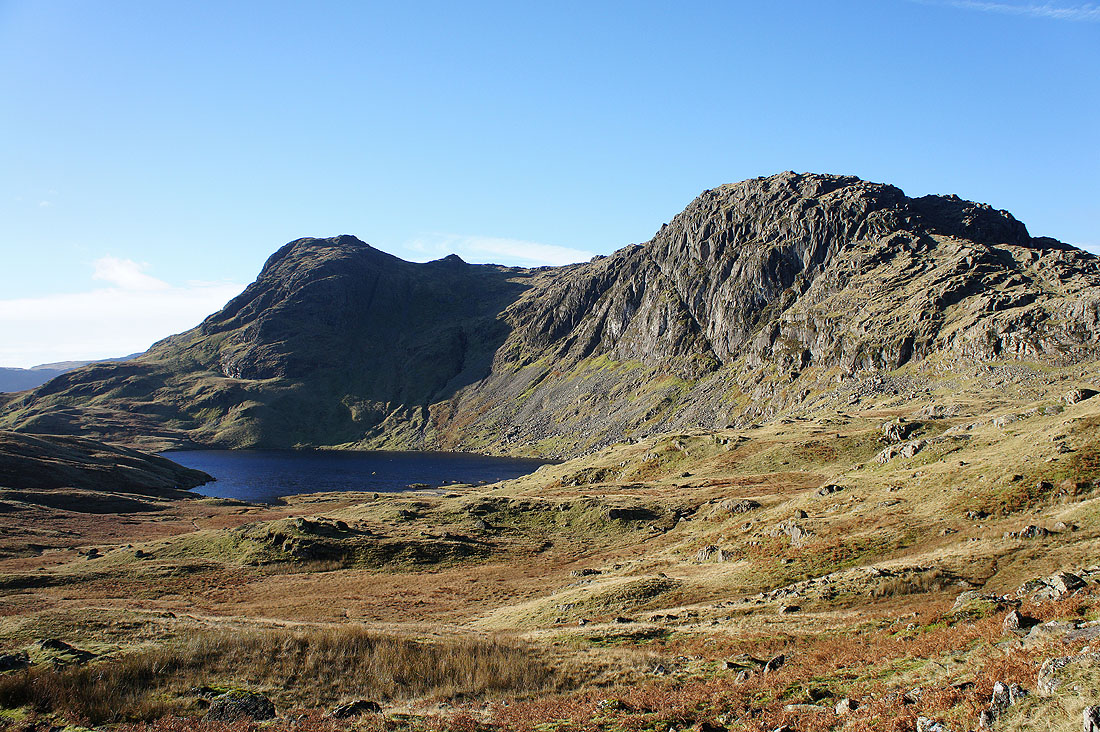 Stickle Tarn, Harrison Stickle and Pavey Ark. The Jack's Rake ascent can be seen running up the face of Pavey Ark. 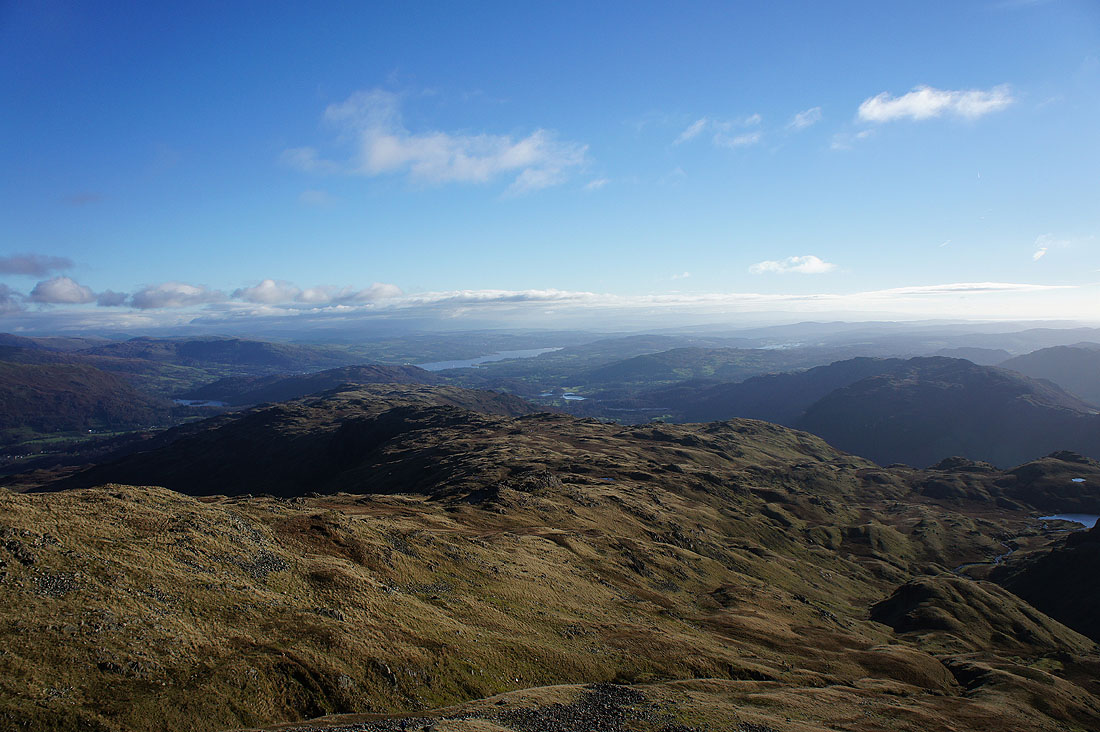 Finally made it to the summit of Sergeant Man. Time to have my lunch and take in the view. Looking across the Blea Rigg ridge to Windermere. 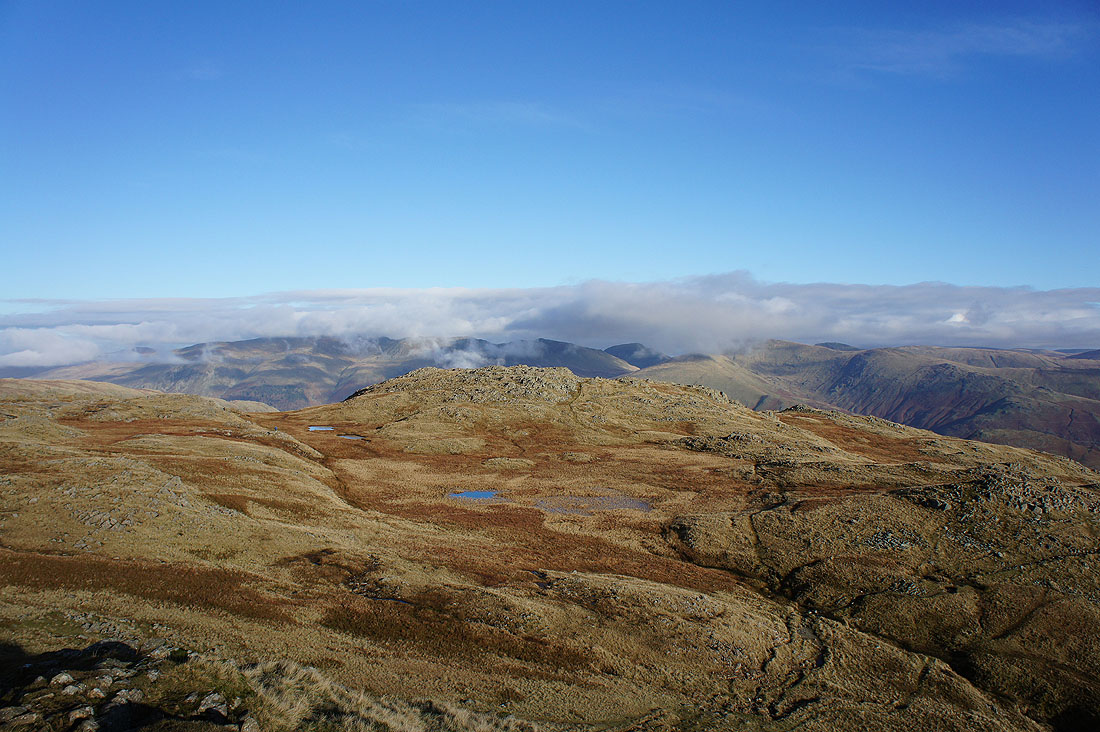 Cloud shrouding the tops of Helvellyn and Fairfield 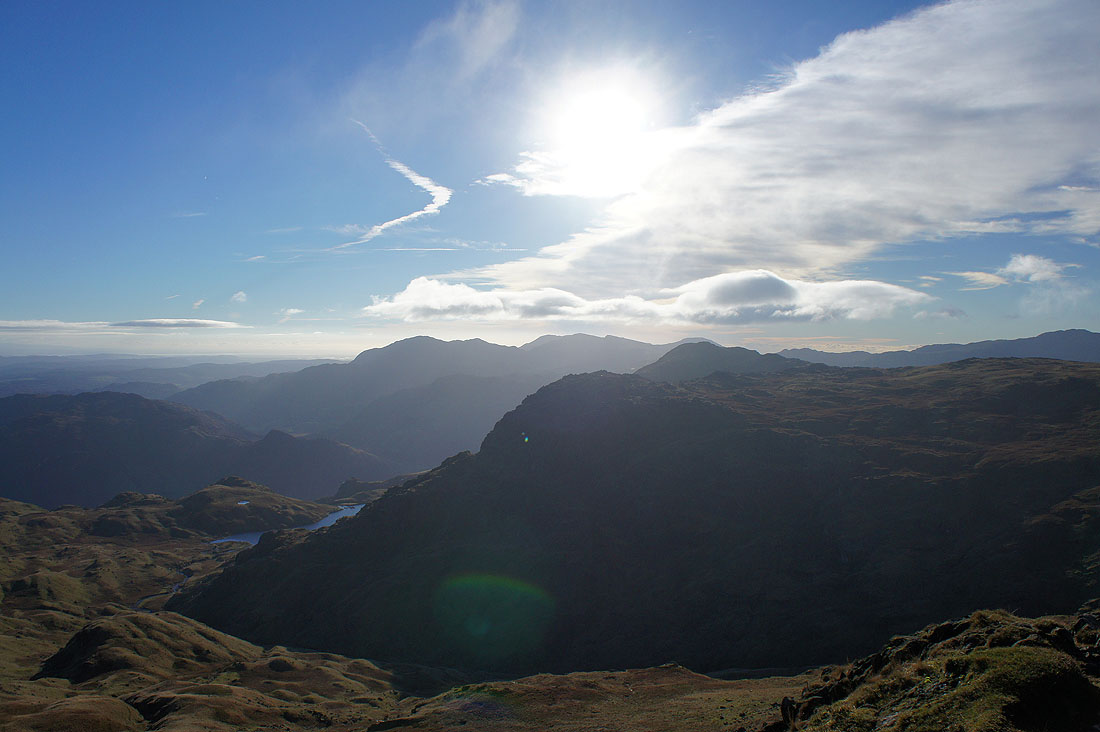 The Coniston fells beyond Pavey Ark and Harrison Stickle 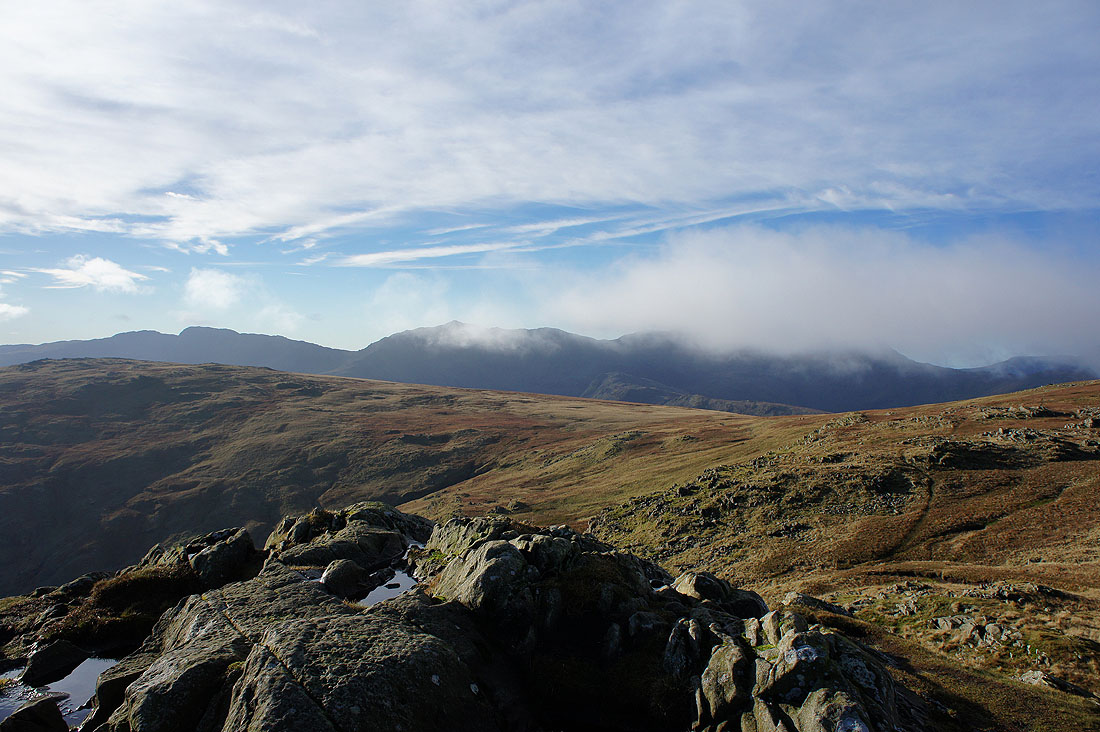 Crinkle Crags and Bowfell. You'd be able to see Esk Pike and Great End if the low cloud wasn't there. 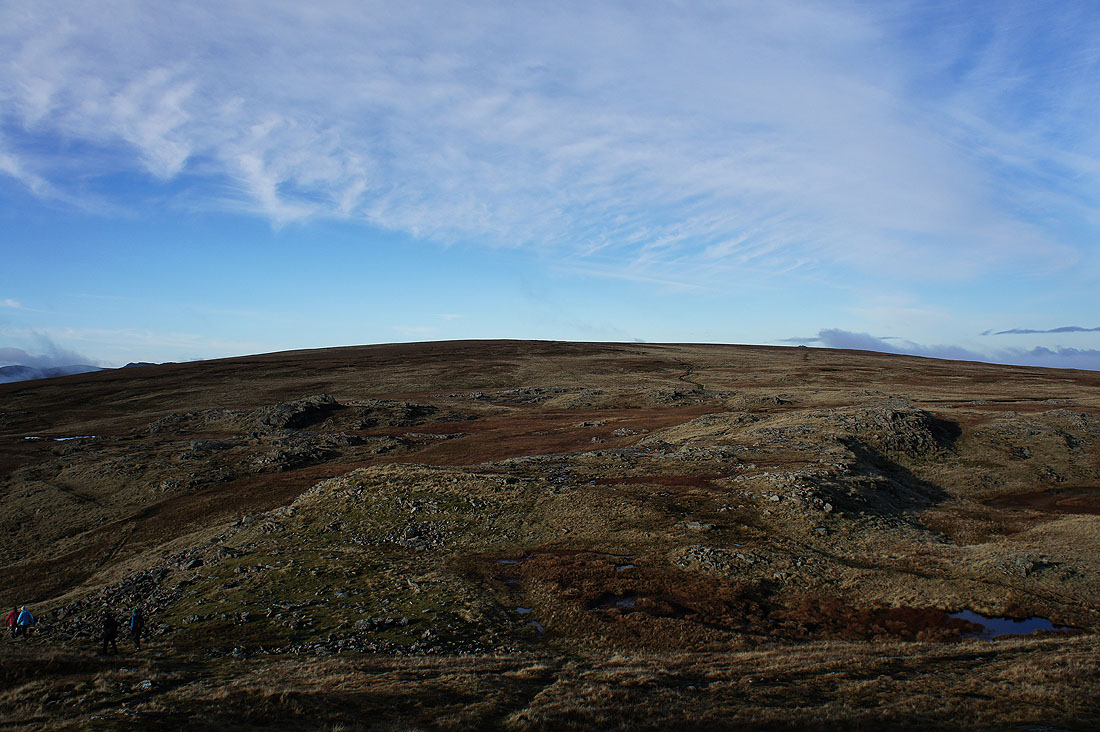 Next stop is High Raise. At the moment its top is in the clear. 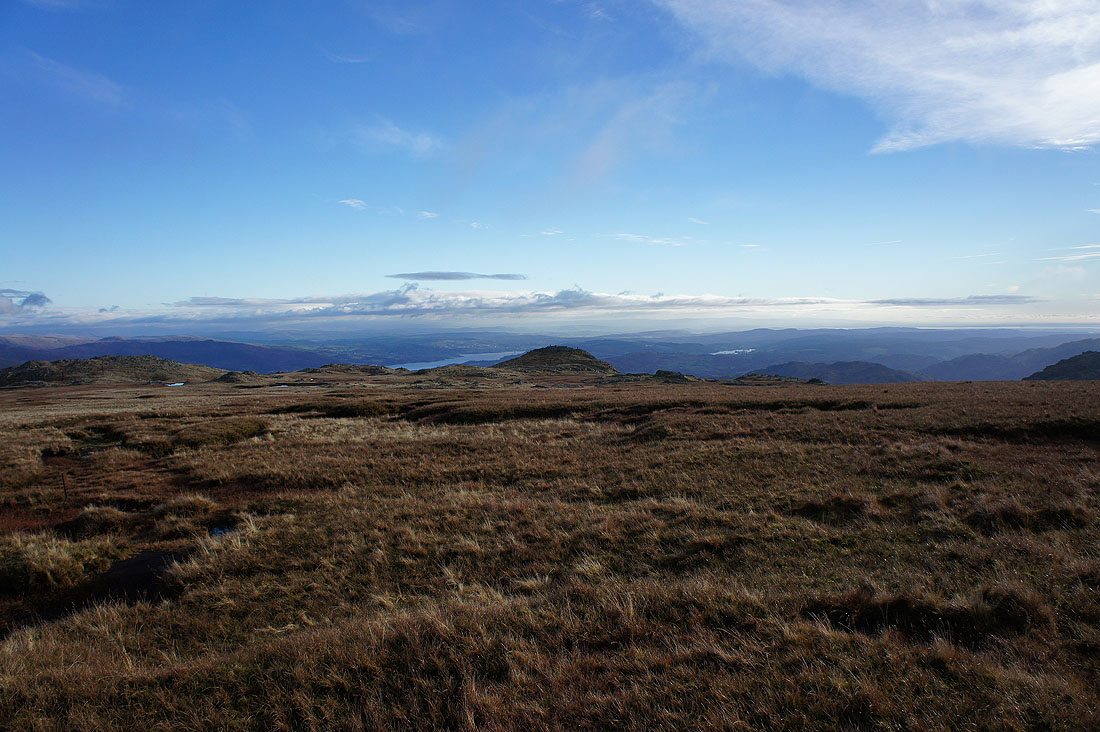 Looking back at Sergeant Man. From this angle it's just a pimple on the side of High Raise. 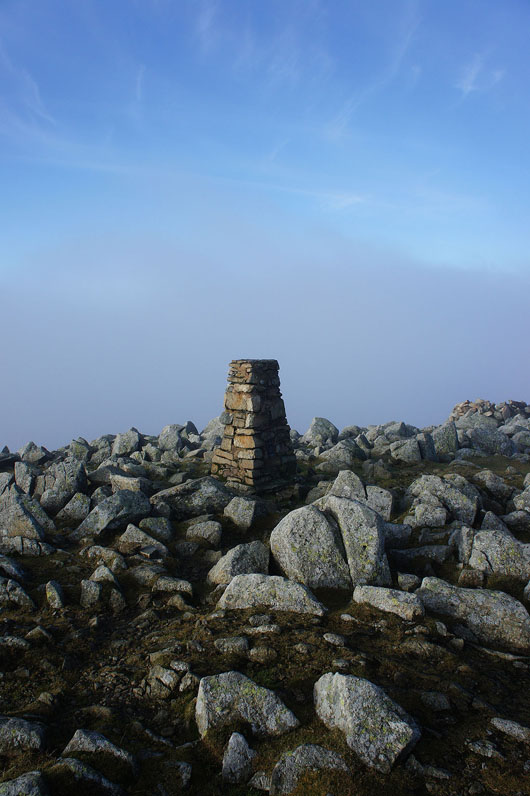 I've reached the top of High Raise to find it shrouded in mist. At times it tried to clear and the sun was shining through the top but after fifteen minutes I decided to move on. I was hoping to see that rare thing, a brocken spectre. 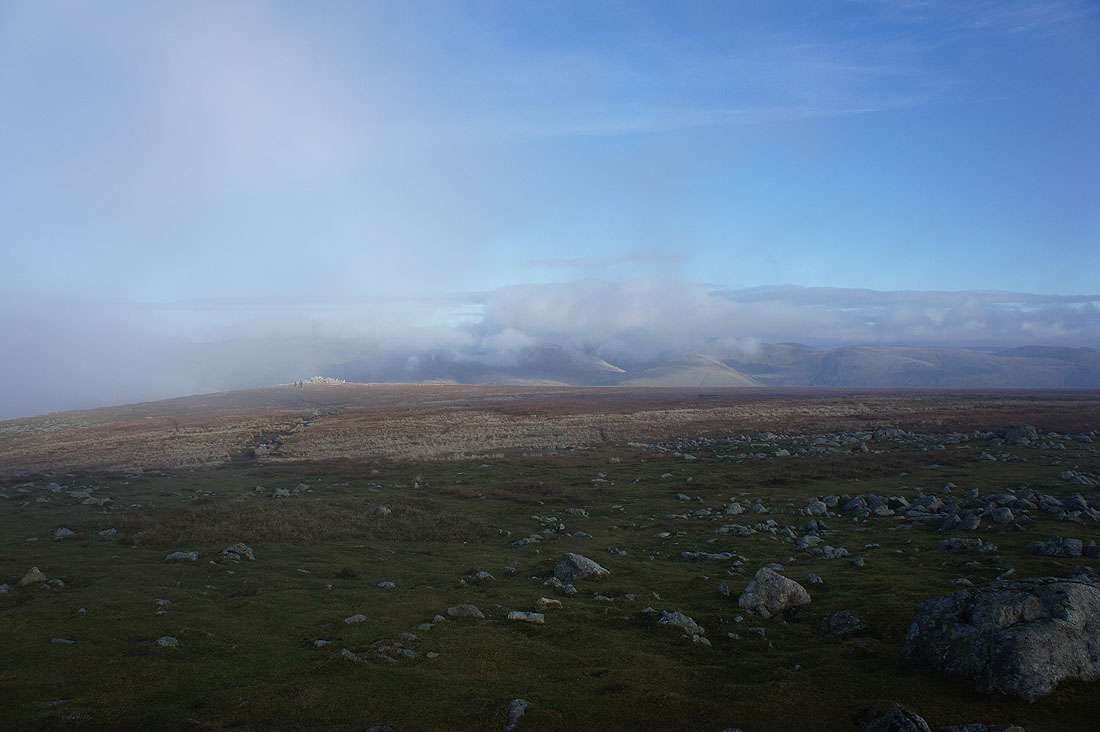 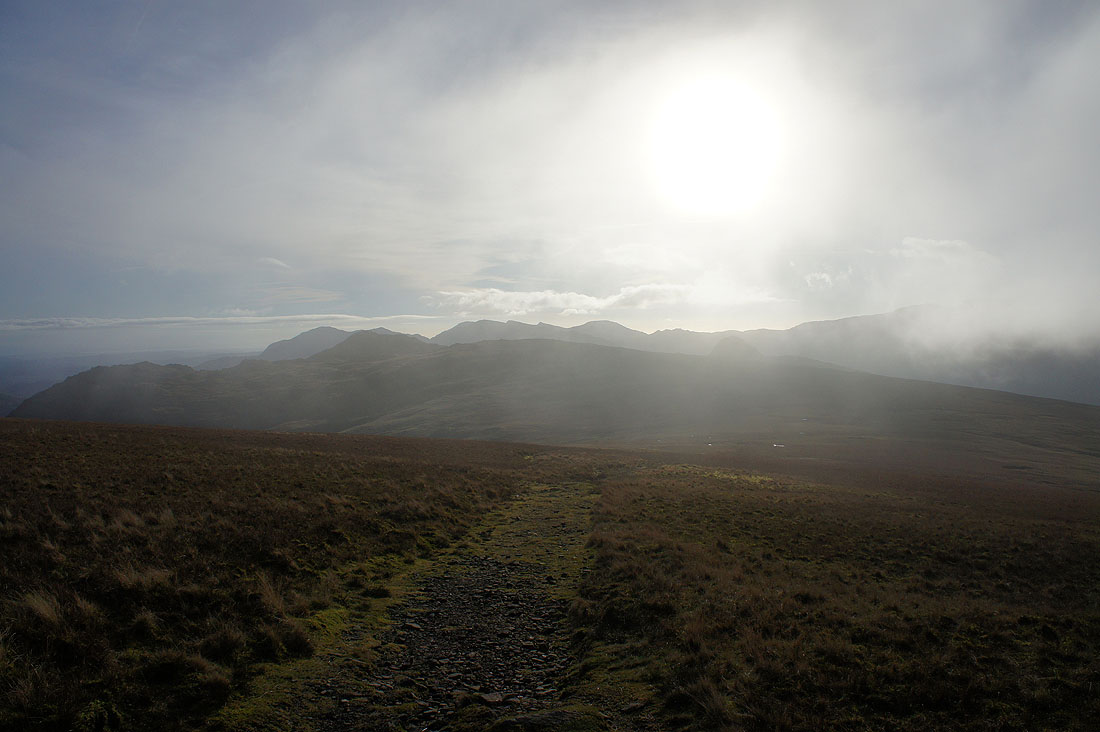 The mist clears as I head for Thunacar Knott 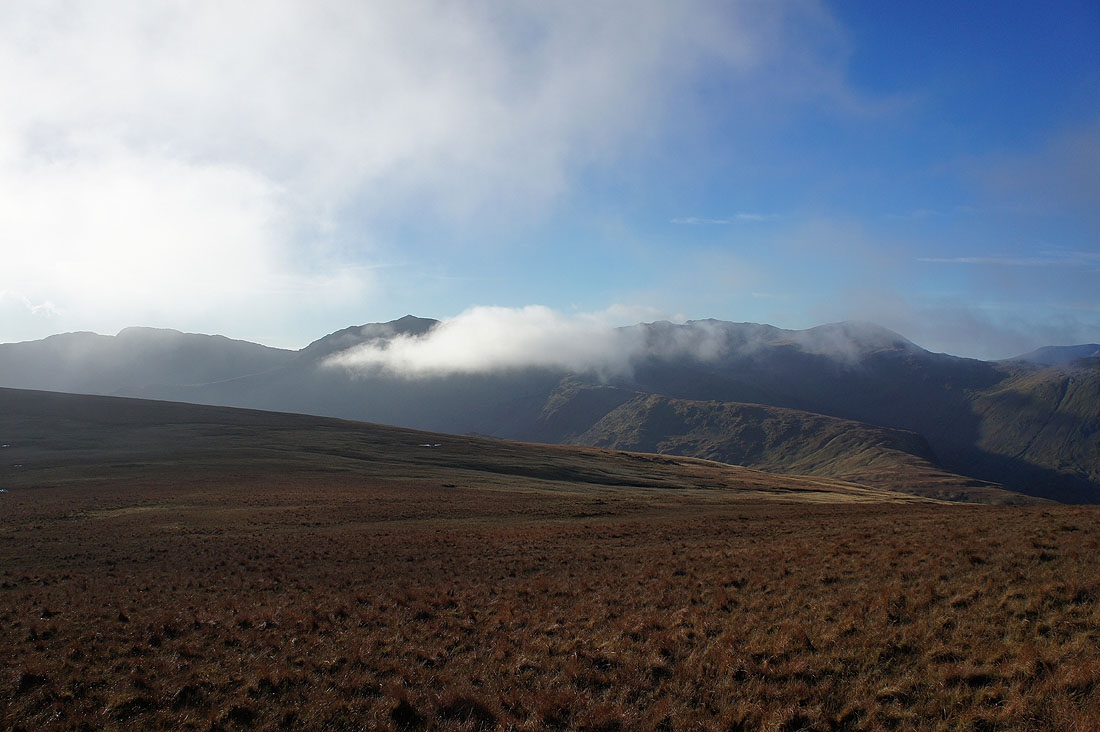 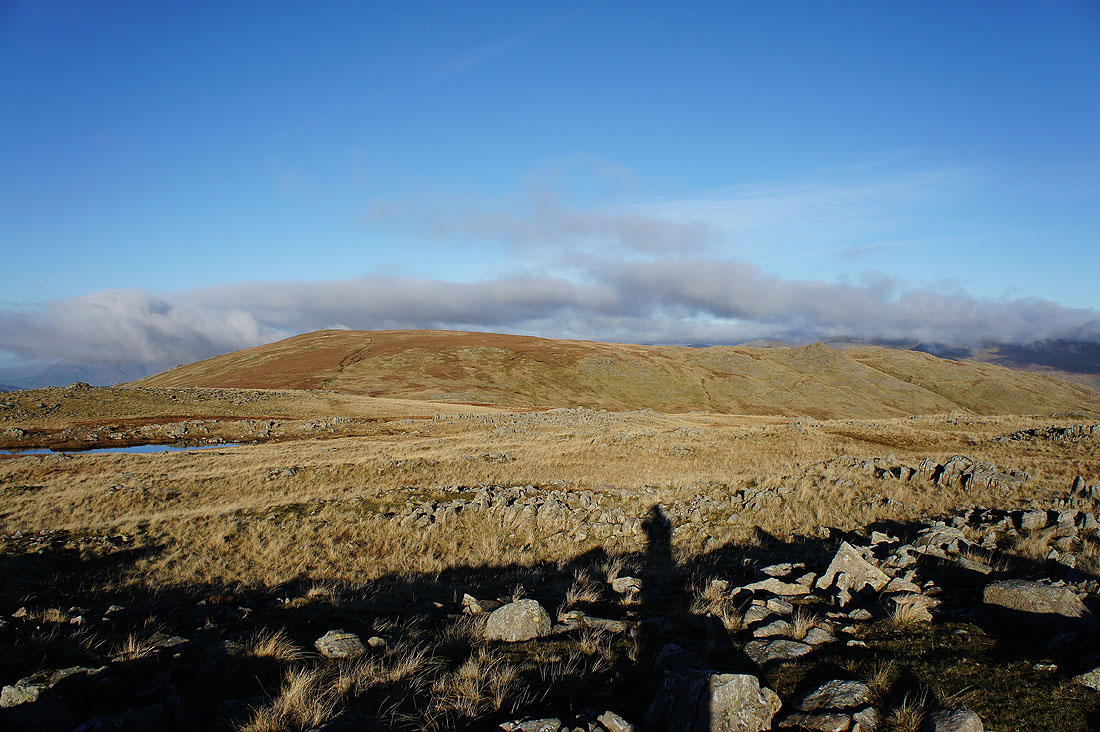 Thunacar Knott may not have the most inspiring of tops but there are great views to be had. High Raise and Sergeant Man, the first two summits of the day. 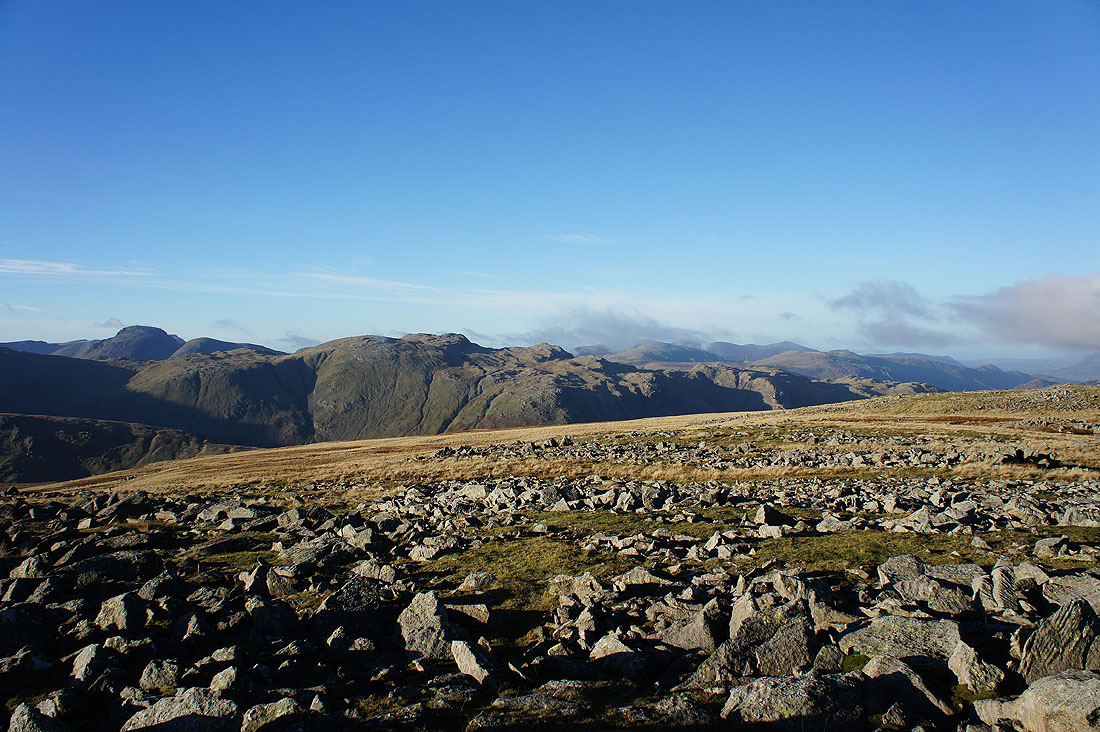 Great Gable, Glaramara and the northwestern fells including Grisedale Pike 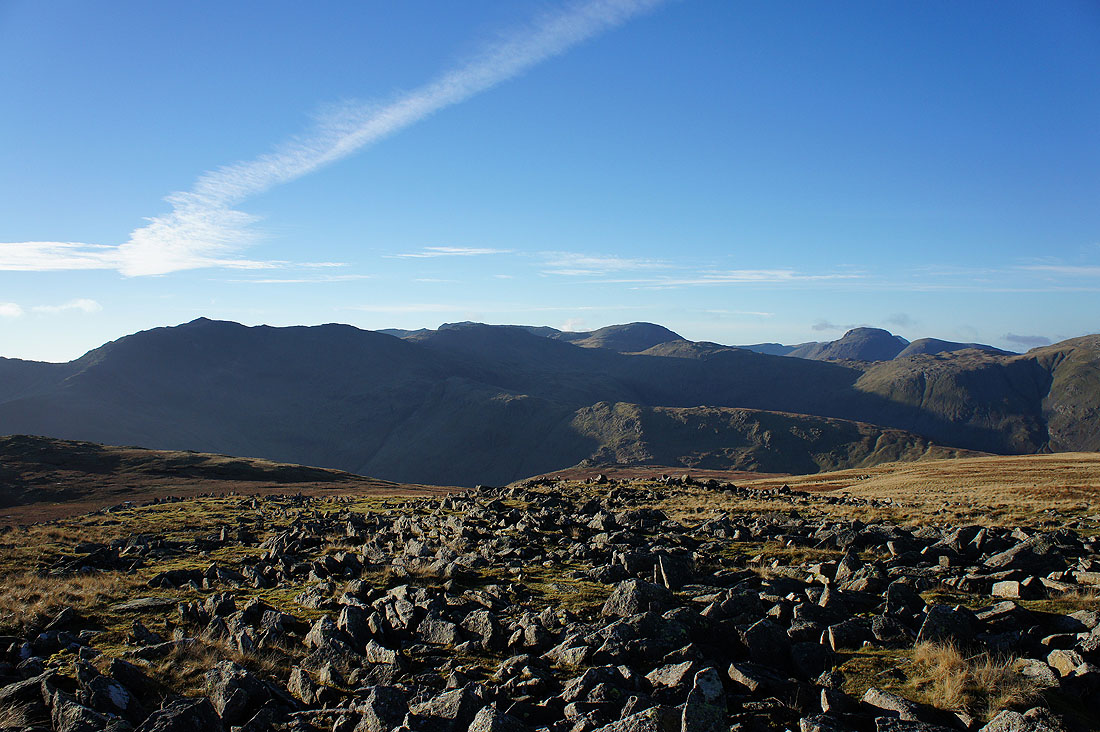 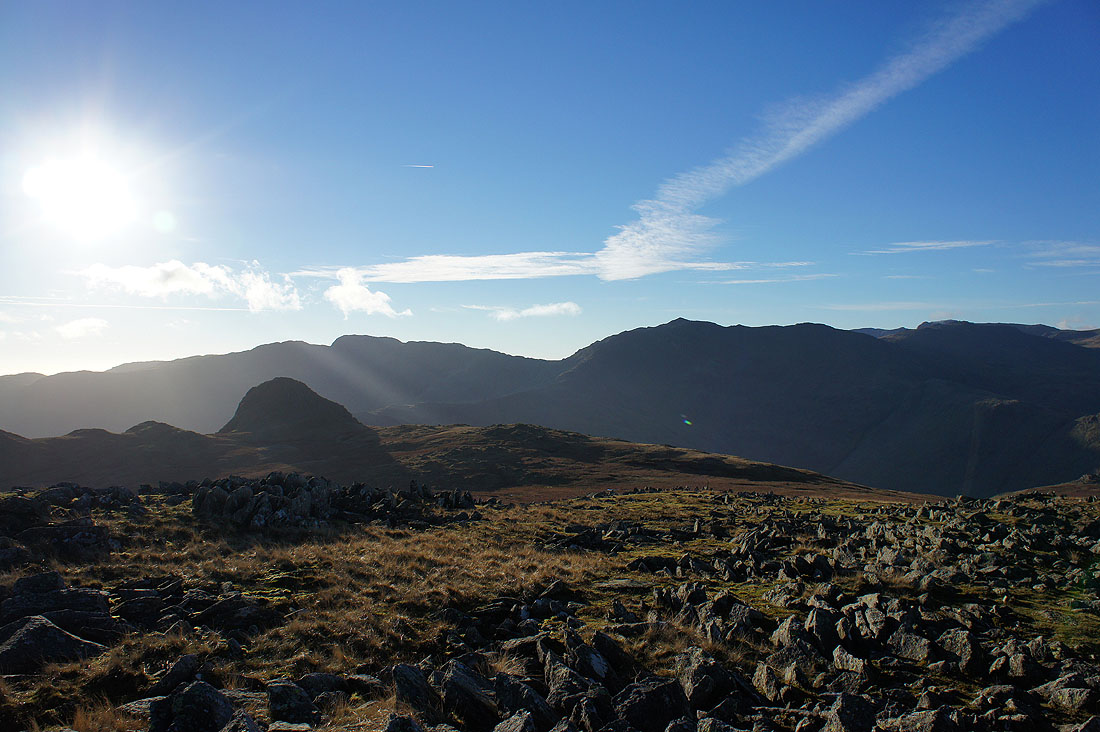 Pike o'Stickle in front of the Crinkle Crags and Bowfell 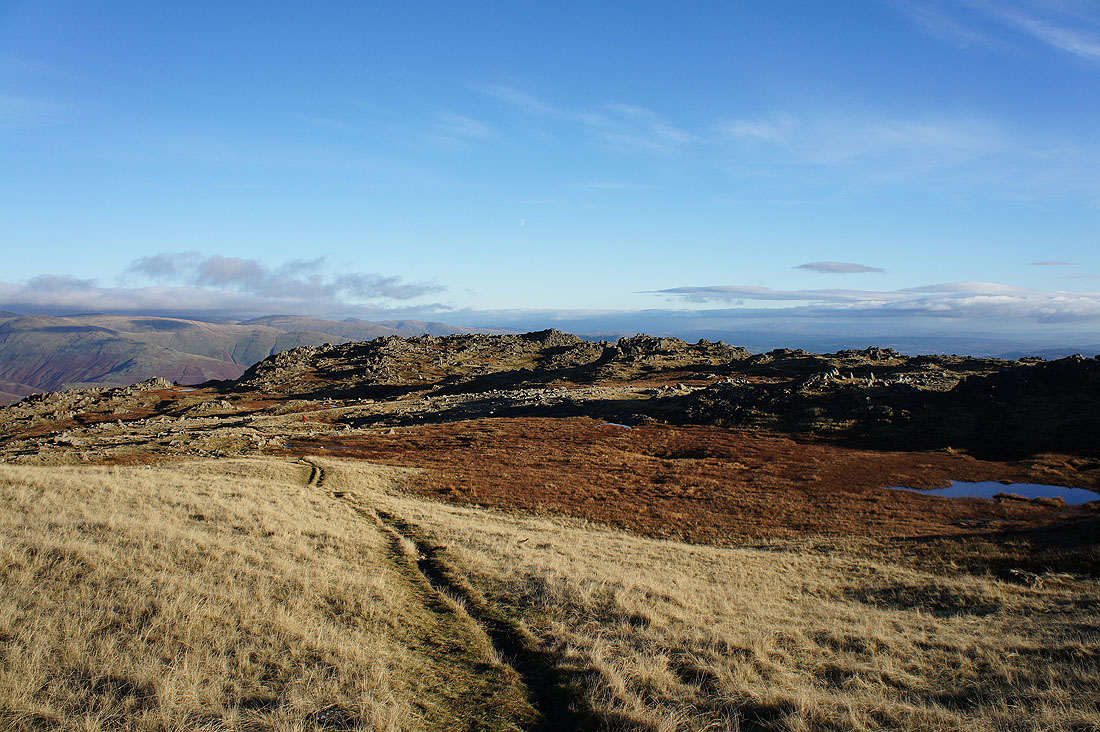 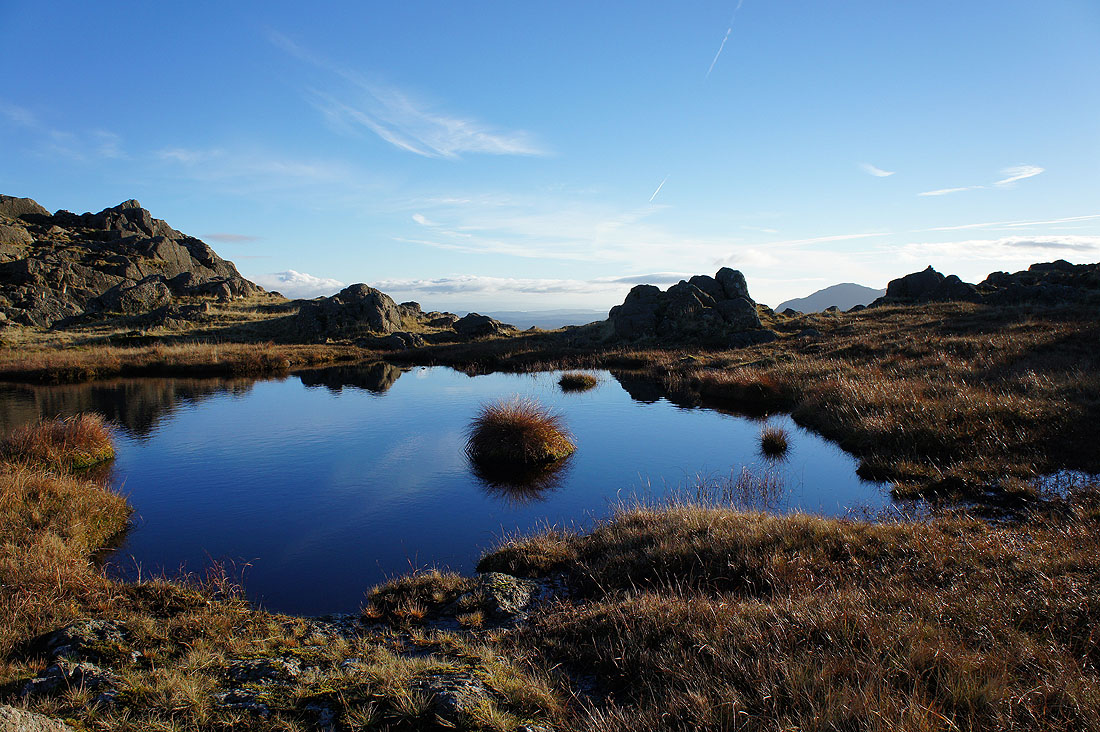 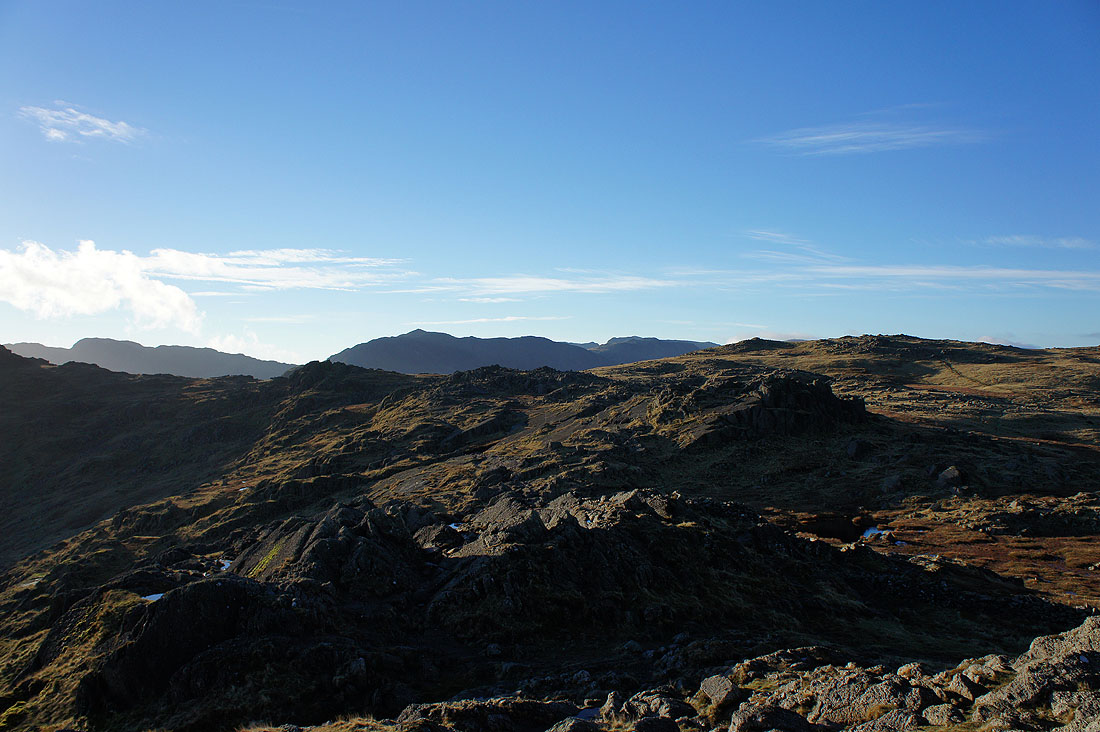 On Pavey Ark, the fourth top of the day. The higher ground to the west restricts the view a little but there's still plenty to see. Thunacar Knott nearby on the right, with Crinkle Crags, Bowfell and Scafell Pike in the distance. 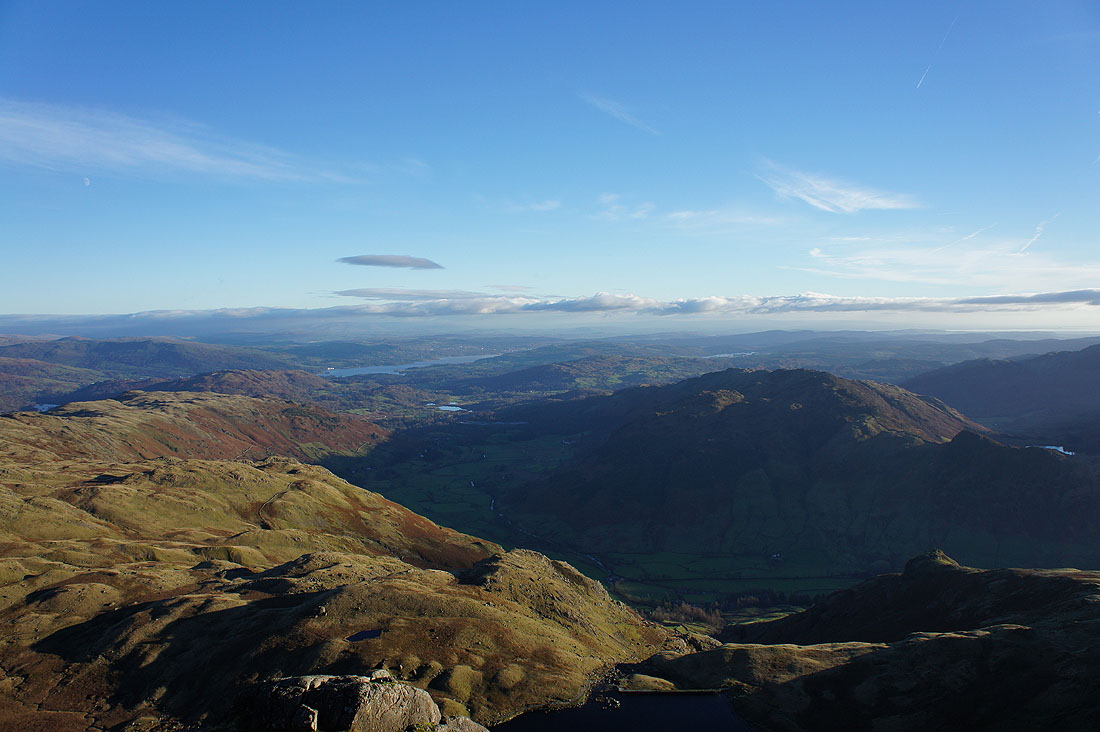 Looking down Langdale to Windermere. That's Lingmoor Fell on the right. 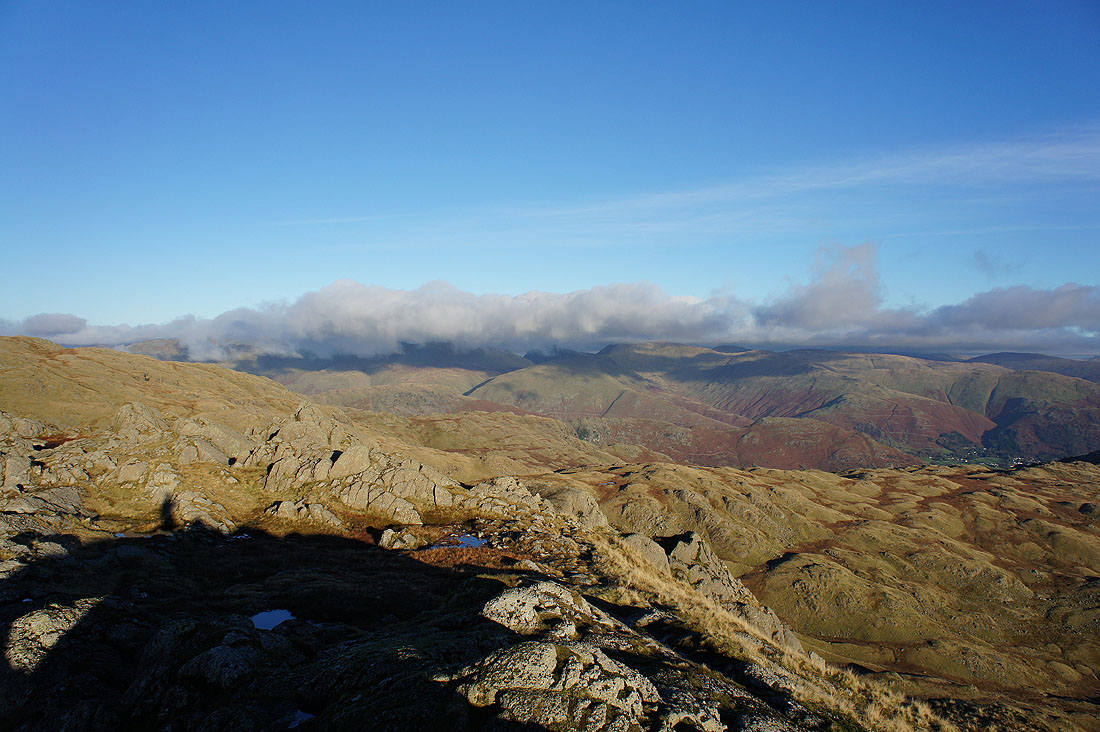 Cloud still shrouding the tops of Helvellyn and Fairfield 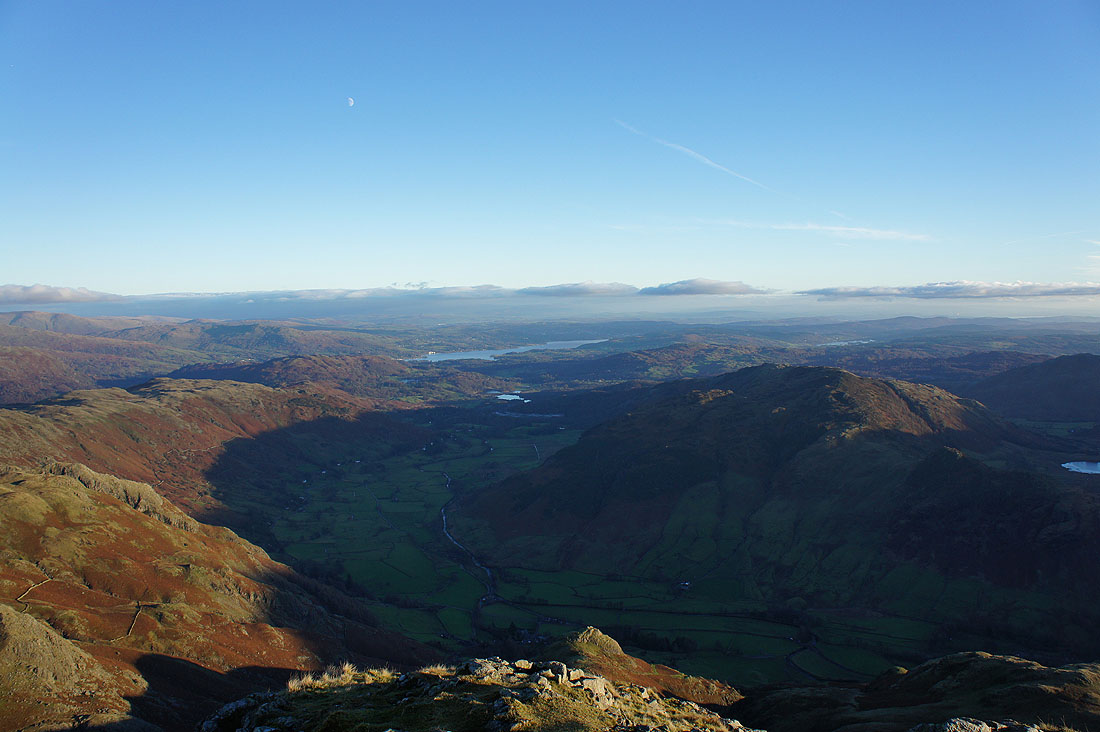 On Harrison Stickle, the final top of the day. The view isn't that different from Pavey Ark but the extra bit of height makes a difference. Looking down Langdale to Windermere. 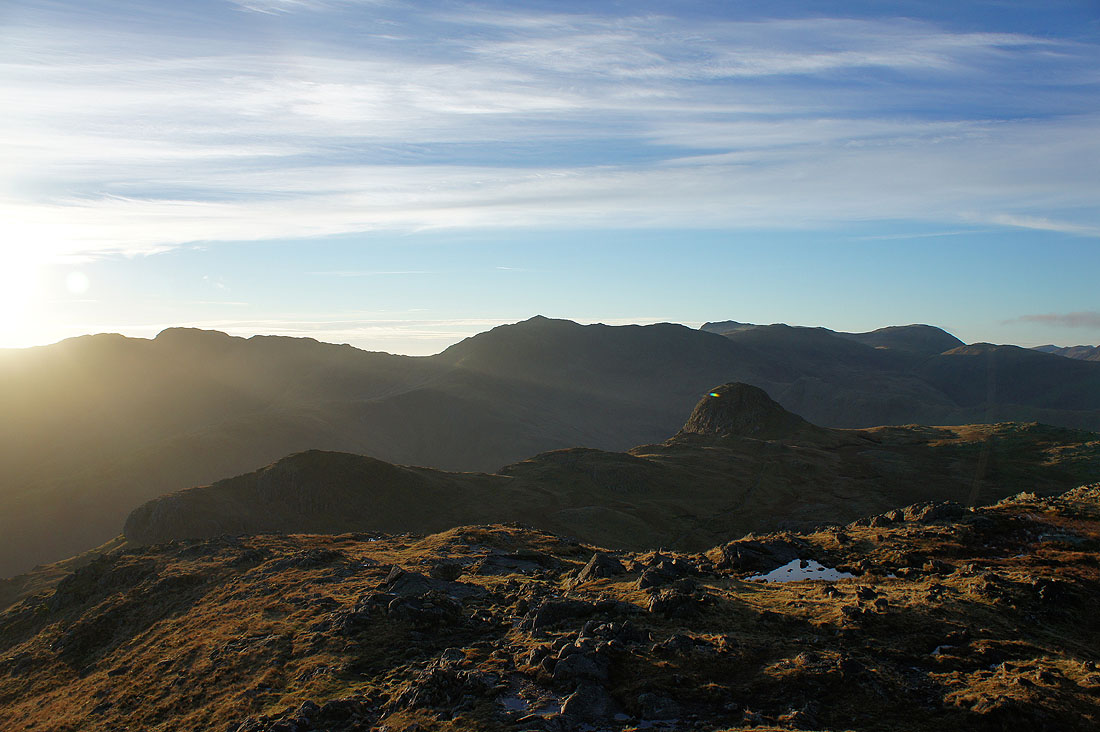 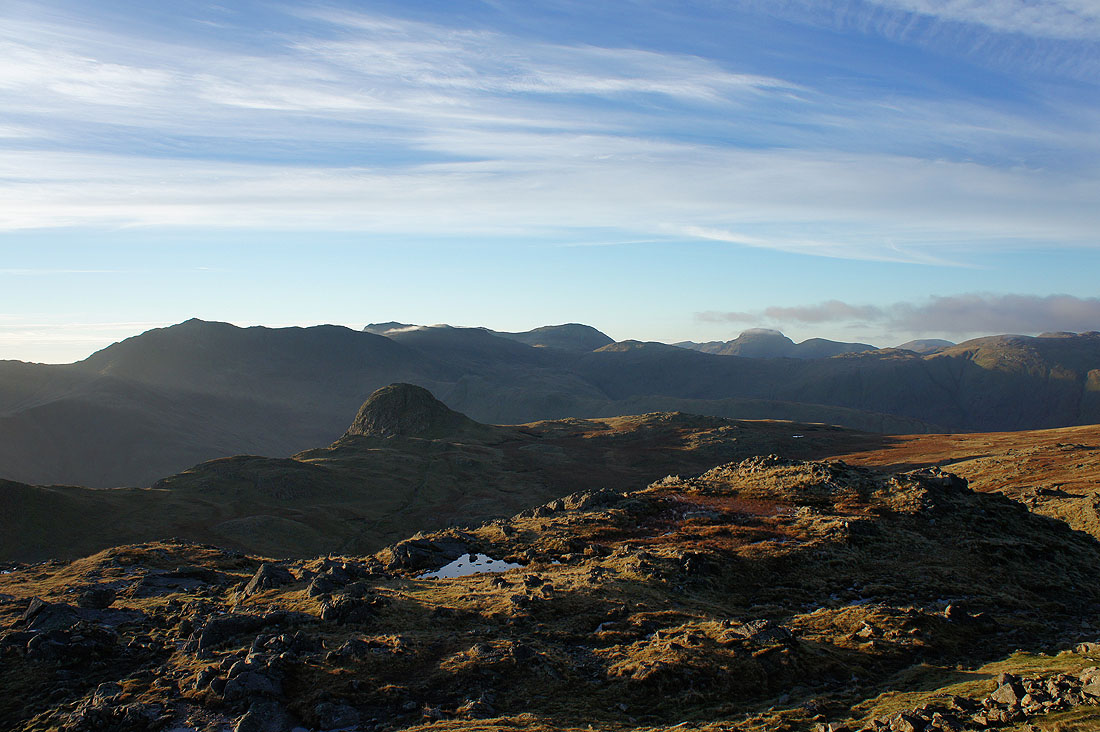 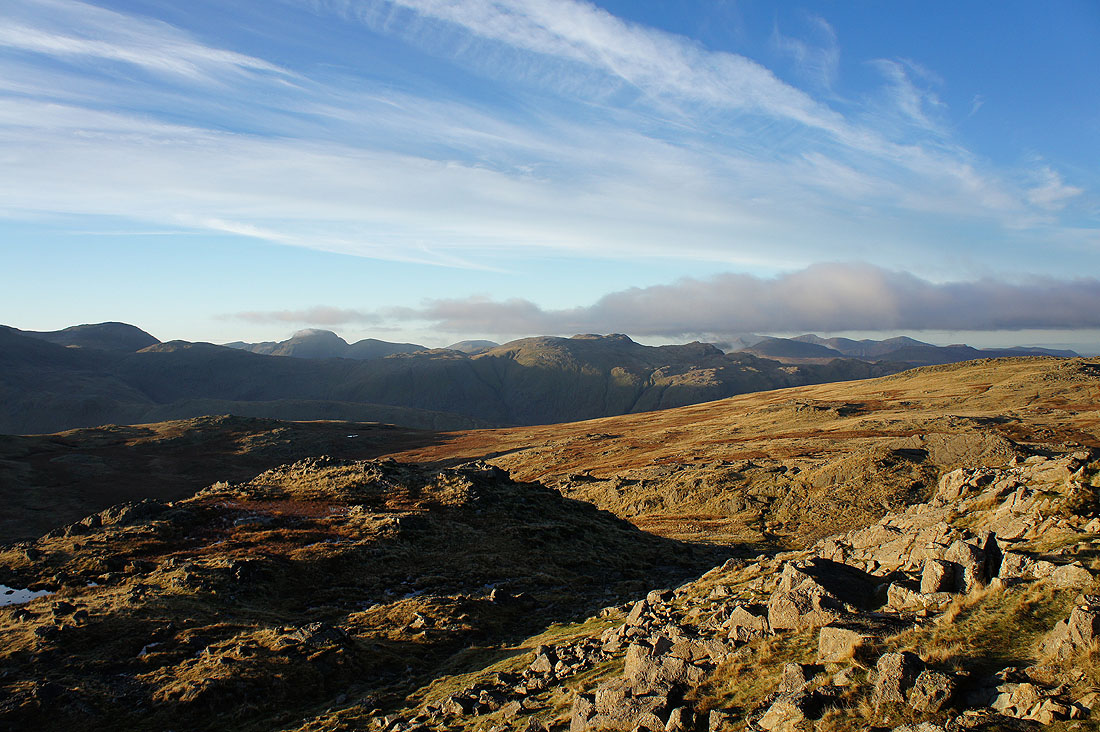 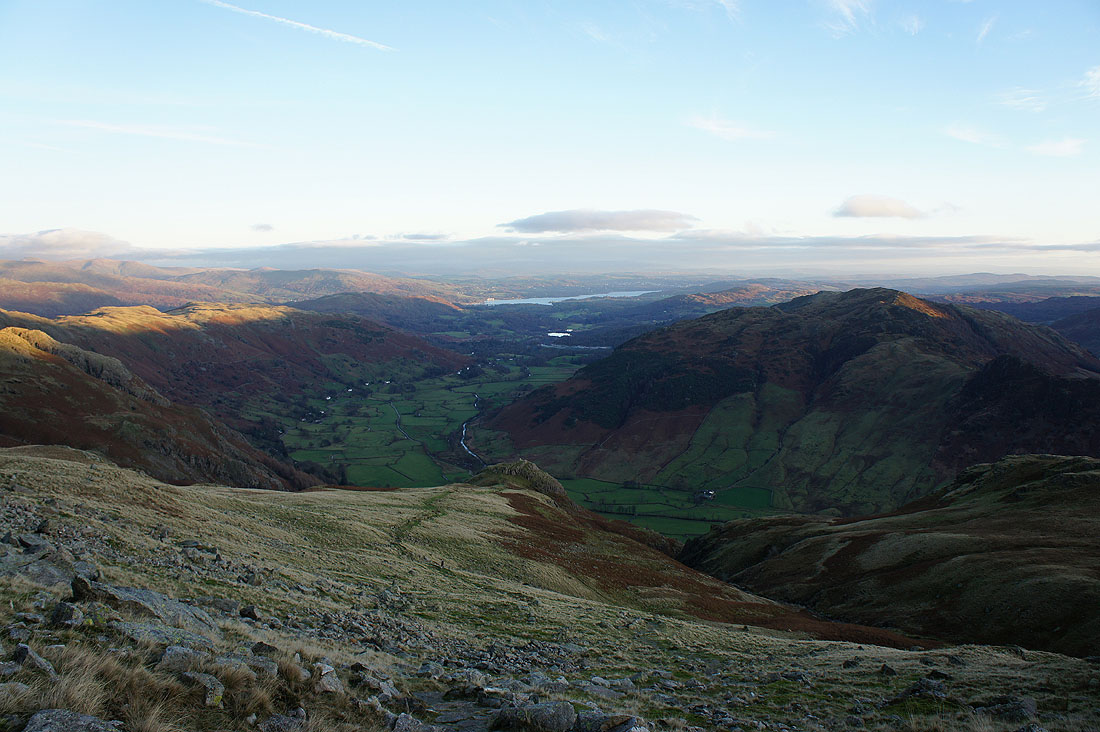 It's finally time to head down, via Pike Howe
Return to HOME
Return to Lake District Walks
Return to Walking Diary 2014