I've got the day off work so I decided to pop out to Dunsop Bridge in the Forest of Bowland for lunch at Puddleducks Tearoom with a walk afterwards. The route that I took crossed farmland to the north of the Hodder before crossing the river and Hodder Bank Fell to meet the river again at Burholme Farm for a return to Dunsop Bridge. Bowland isn't just sheep farming territory but cattle country as well and I encountered them a bit too often for my liking on this walk. The last time was before the track of Bull Lane but if I hadn't changed what I'd originally planned my route to be there would be have been a couple more occasions. It was a pretty nice summer's afternoon to be out with some sunny spells and the brief shower that passed over didn't last long enough for me to bother putting my jacket on for.

From the car park opposite the tea room I followed the bridleway north to and past a row of cottages before taking a footpath on the right across a field to Beatrix Farm. I then took the footpath across the hillside past Back of Hill Barn, down and over Rough Syke and past Rough Syke Barn to the track of Bull Lane. I then followed Bull Lane out to the road of Back Lane, which I then walked down to the outskirts of Newton. After a walk along the road towards Dunsop Bridge I took a footpath on the left before reaching Fober Farm that went down to a footbridge over the River Hodder. This path joined a track to Giddy Bridge, which after crossing I left for the footpath up and over Hodder Bank Fell to Burholme Farm. I did a there and back to Burholme Bridge for the view before taking the path back to Dunsop Bridge, taking the option of crossing the waterworks bridge.
Route map 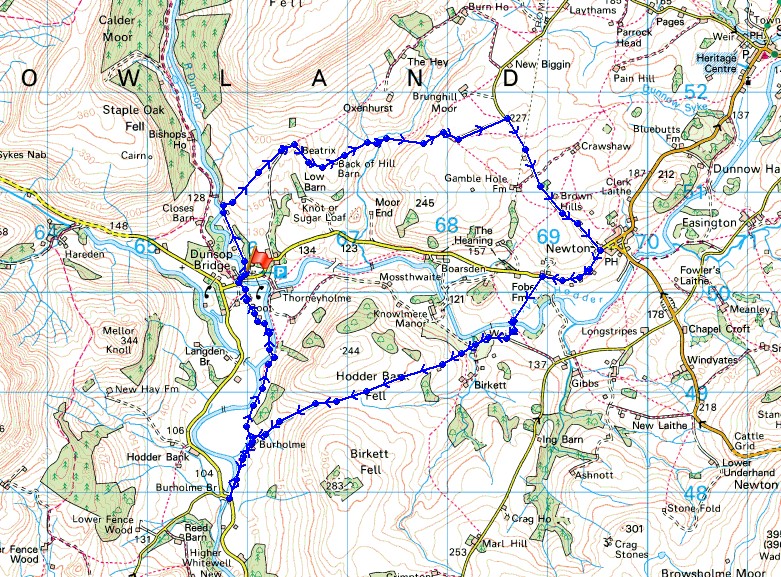 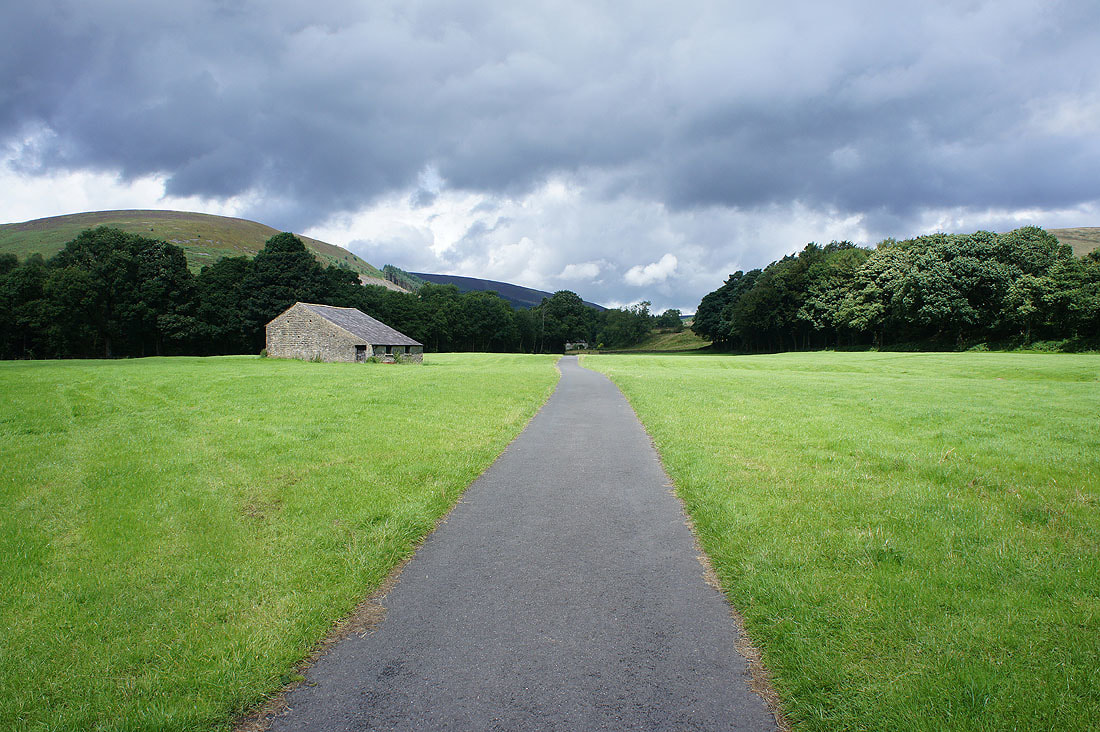 On the bridleway north from Dunsop Bridge 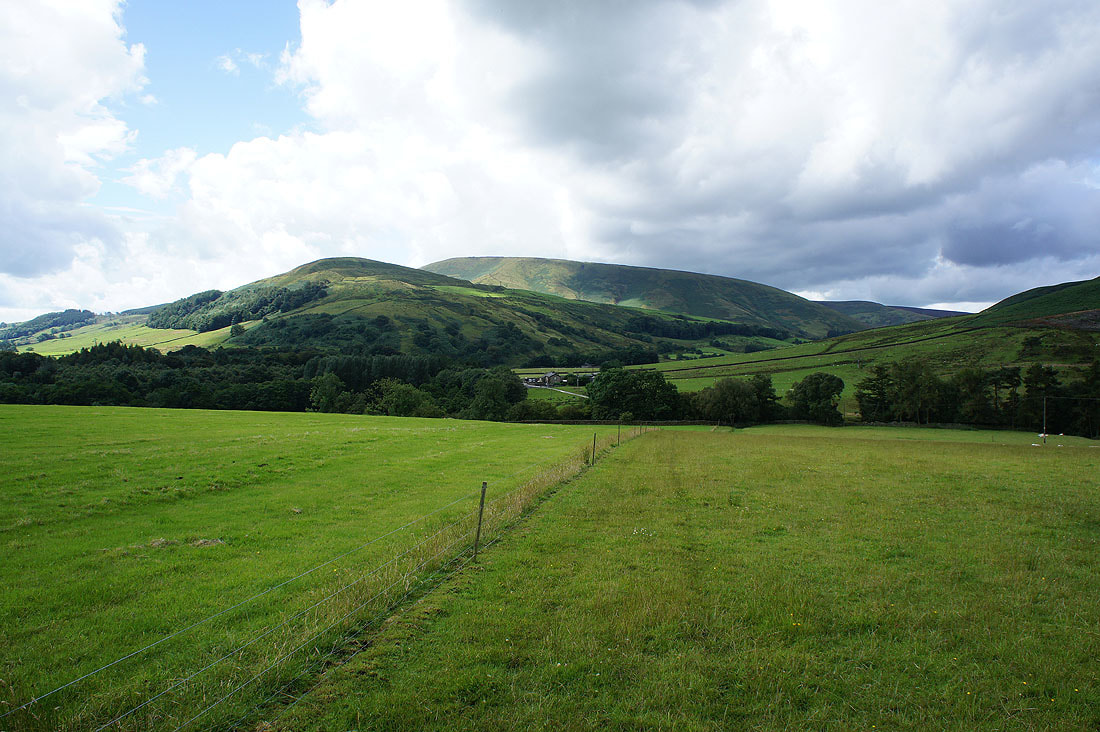 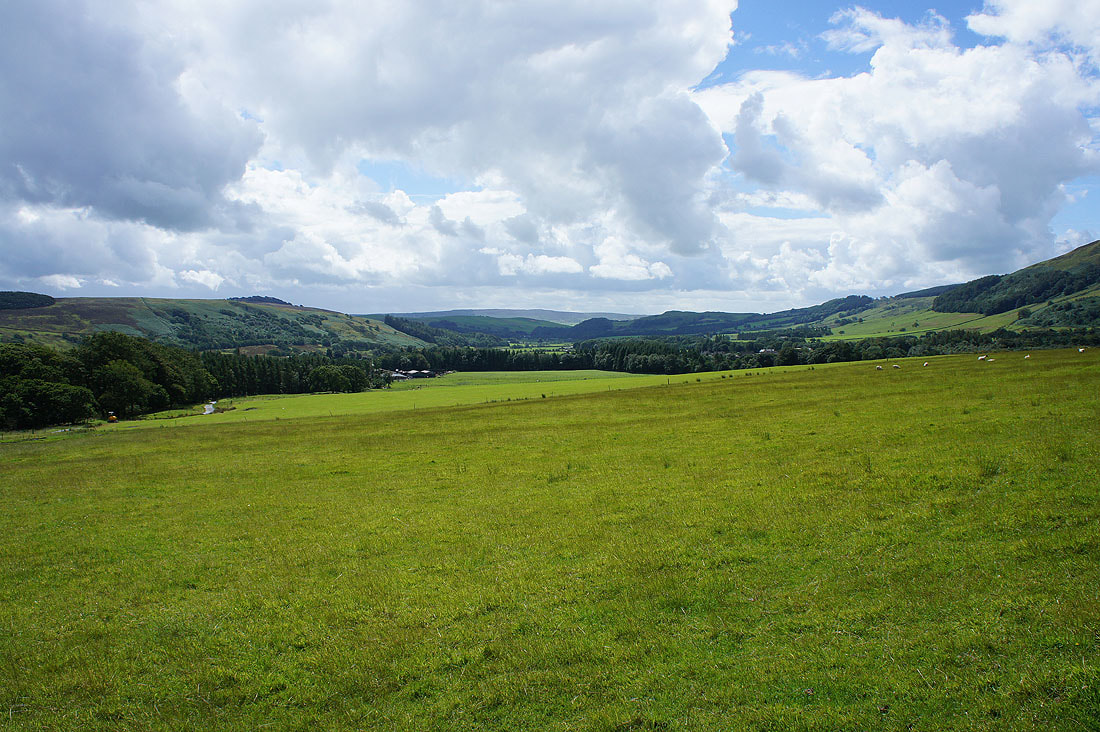 Views of the Hodder Valley as I follow the path across the hillside.. 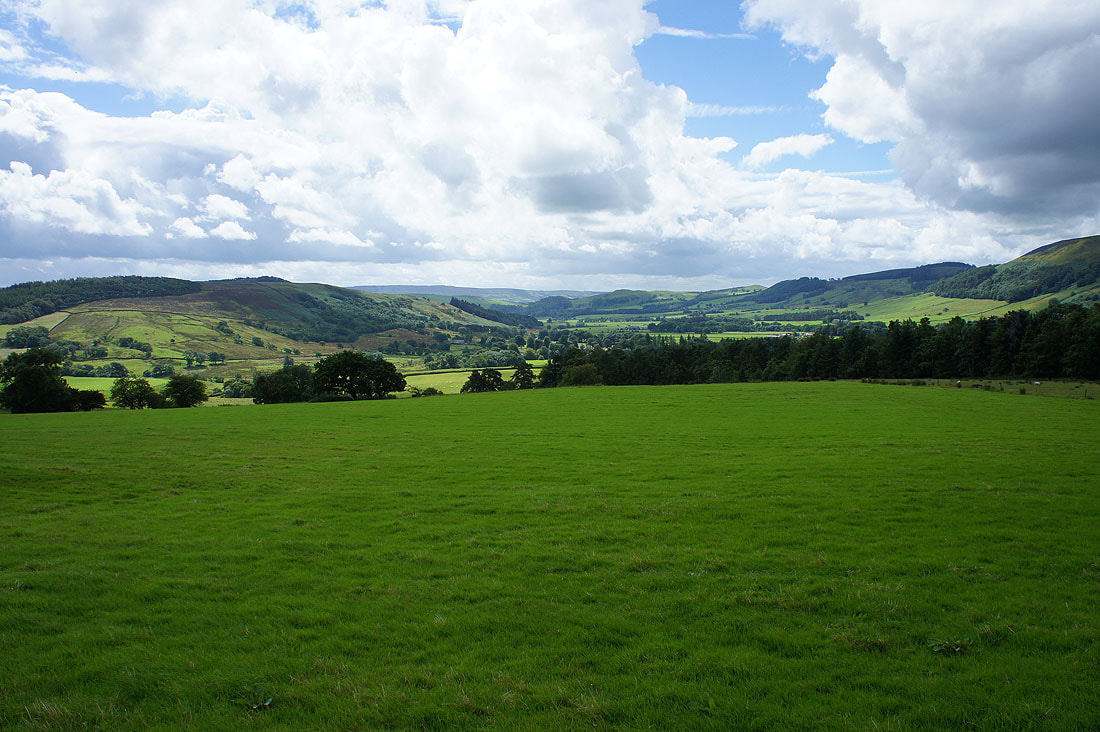 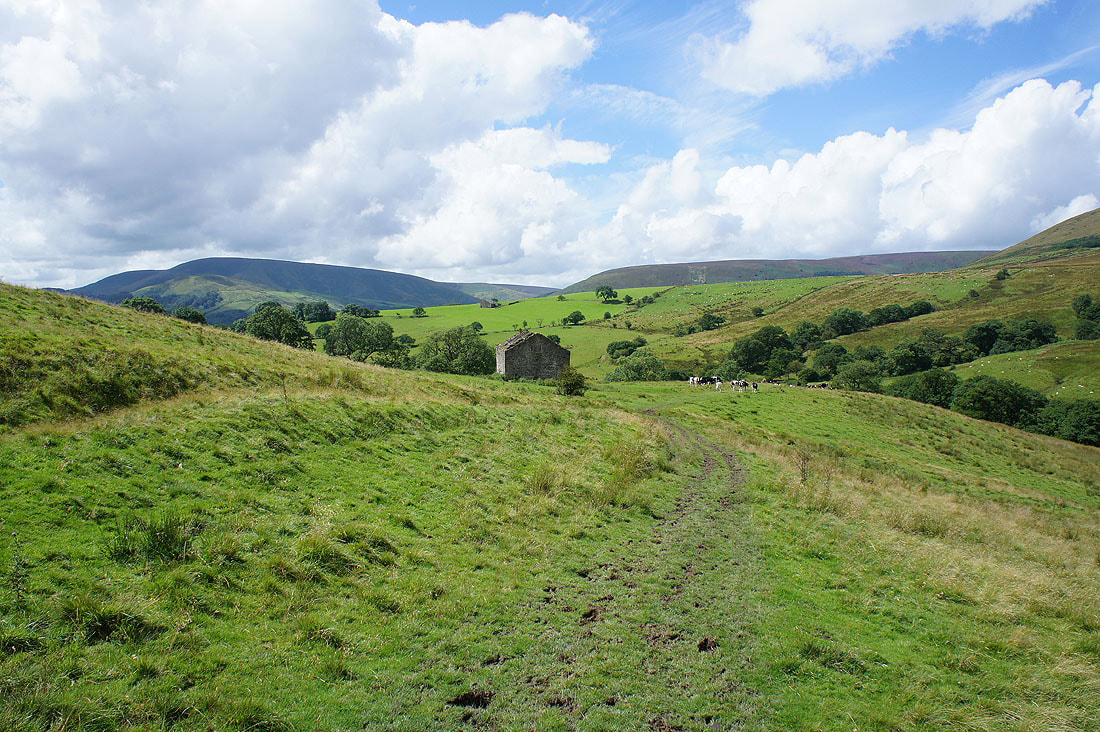 ..to and past Rough Syke Barn 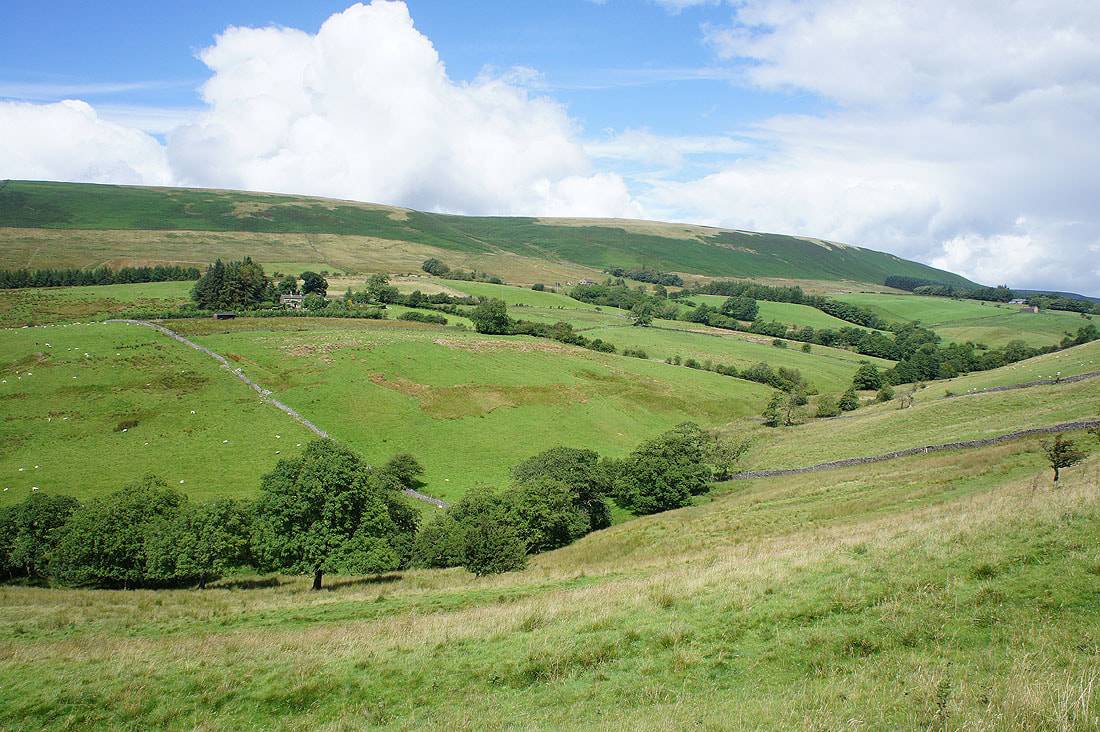 The slopes of Beatrix Fell 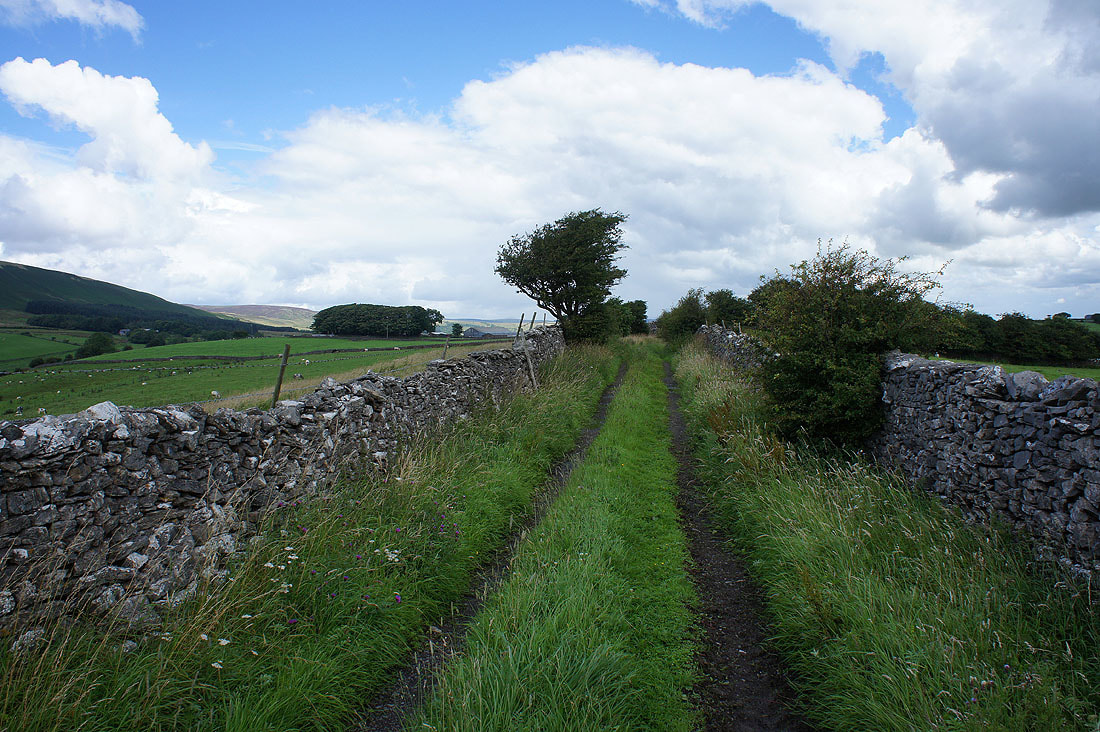 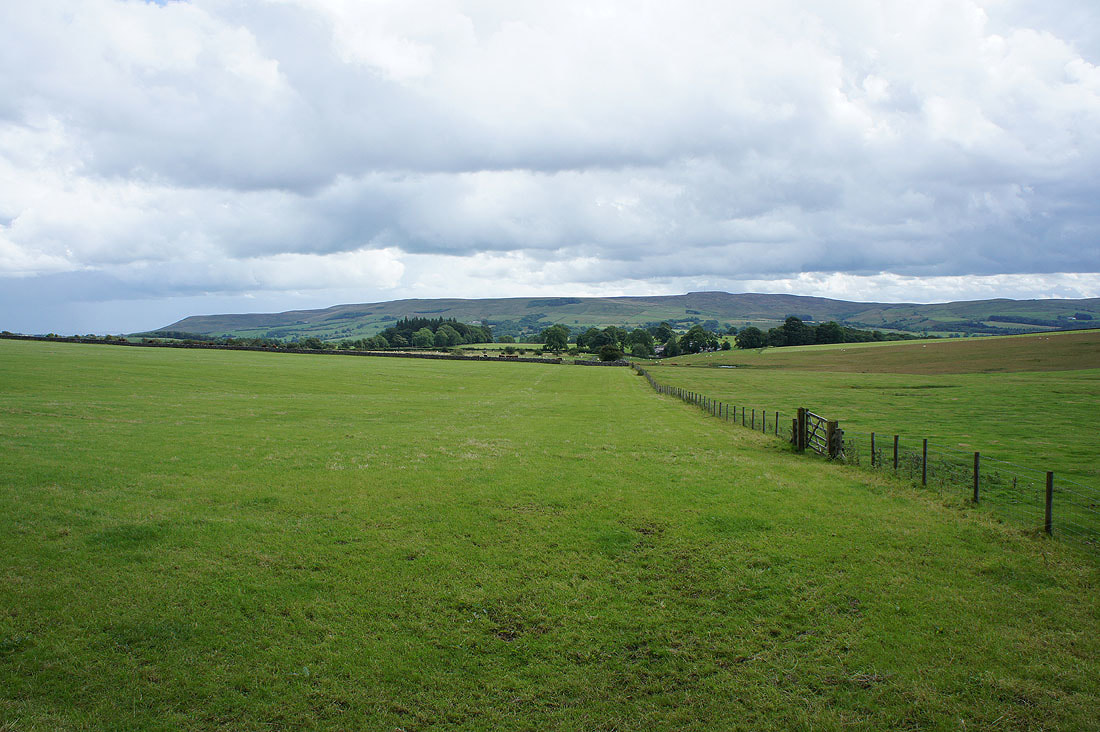 Easington Fell in the distance from Bull Lane 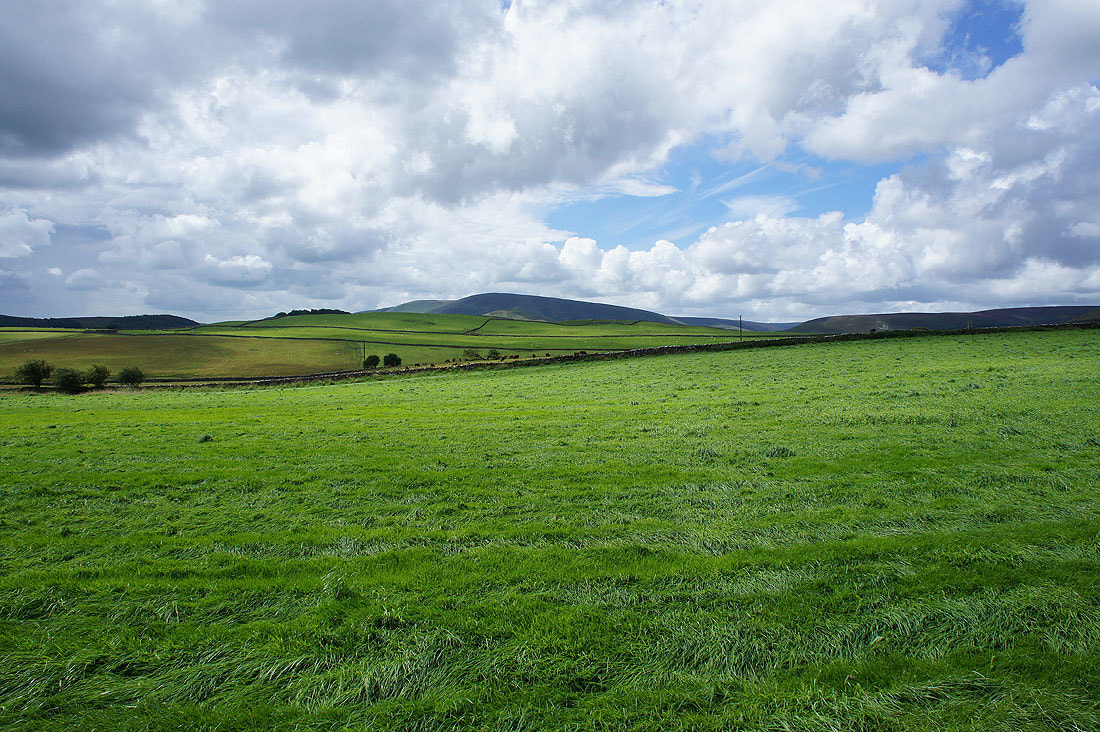 Bowland farmland with Totridge in the distance from Back Lane 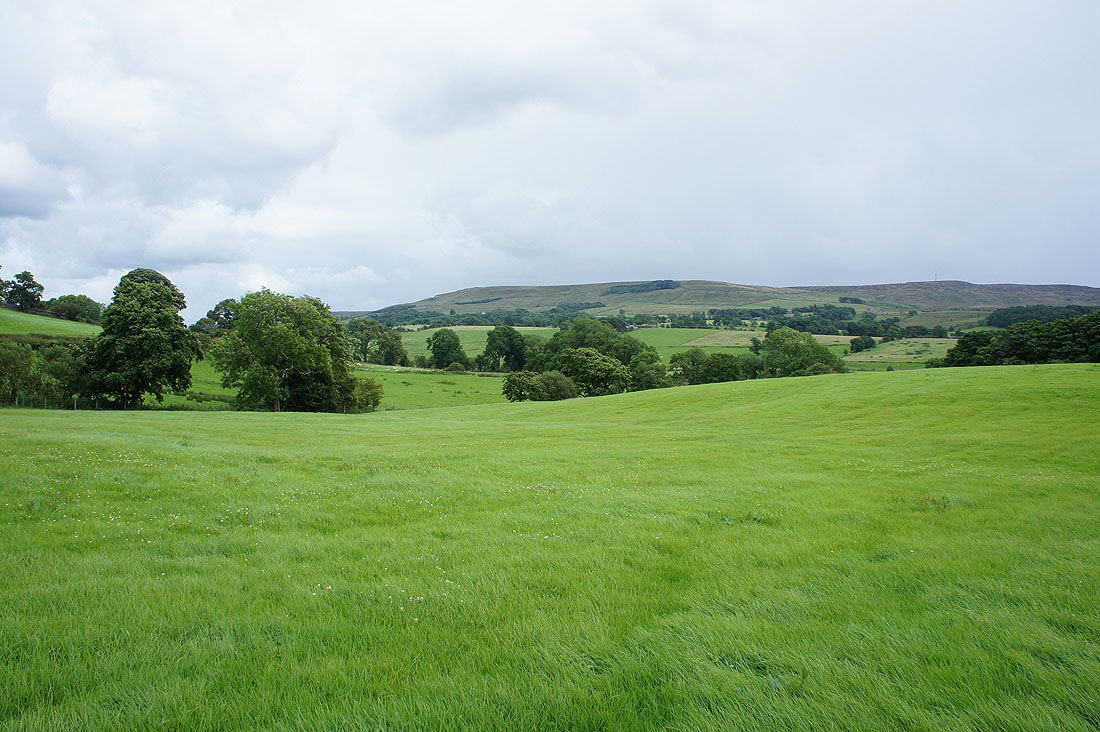 Off the road at last. Easington Fell as I follow a footpath to cross the Hodder. 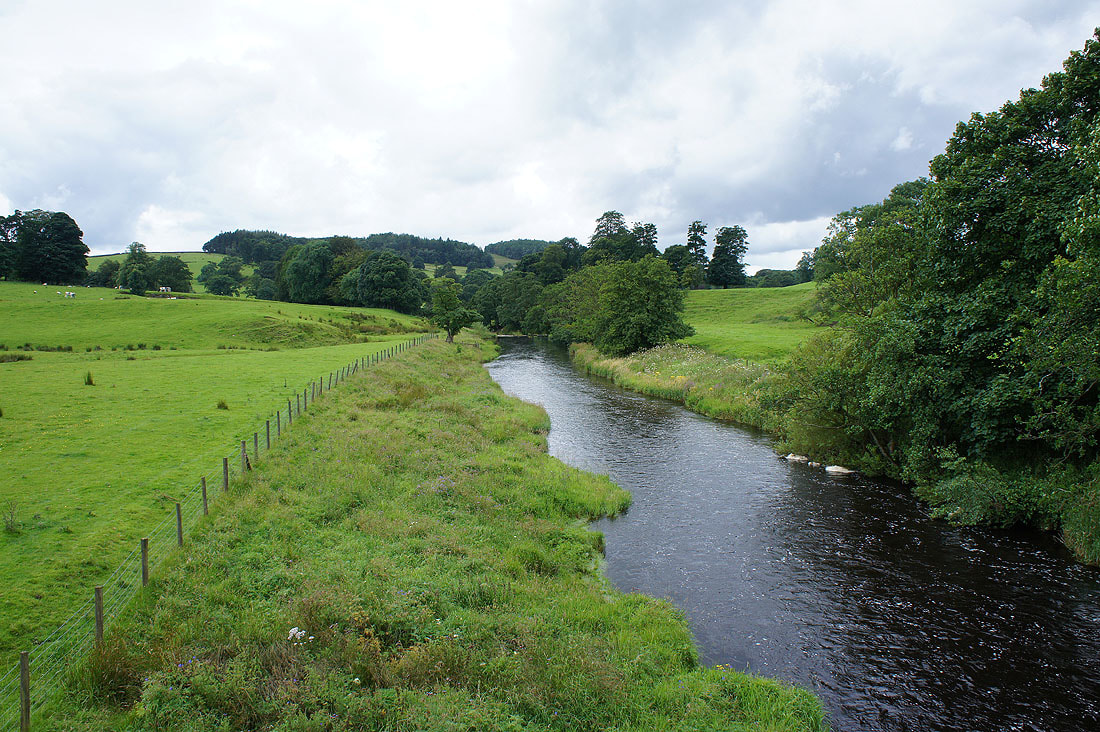 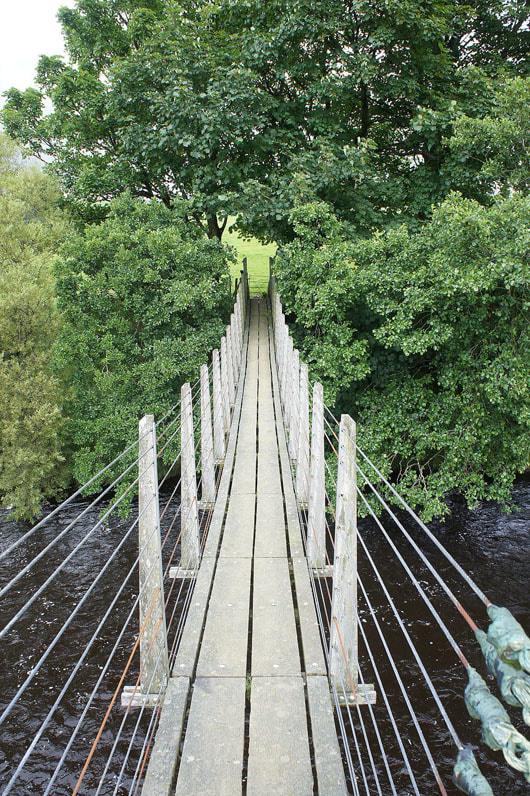 and this was the footbridge that I used. It bounced as I walked across, which was quite disconcerting. 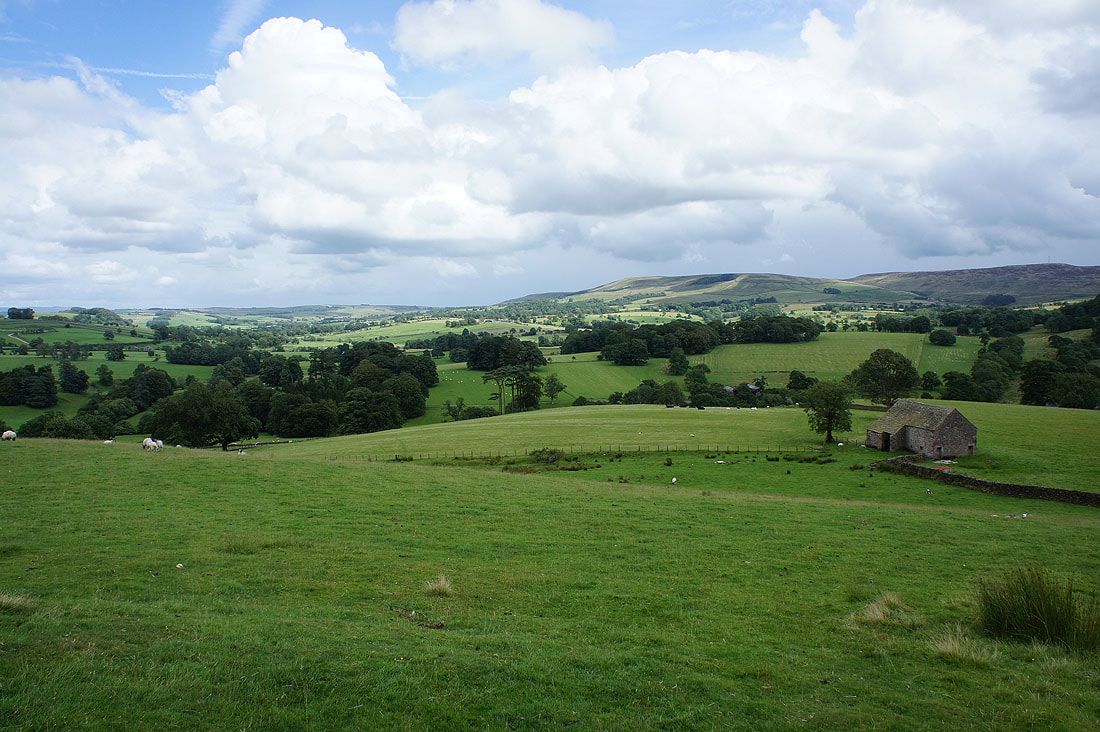 The Hodder Valley and Easington Fell from the footpath up Hodder Bank Fell.. 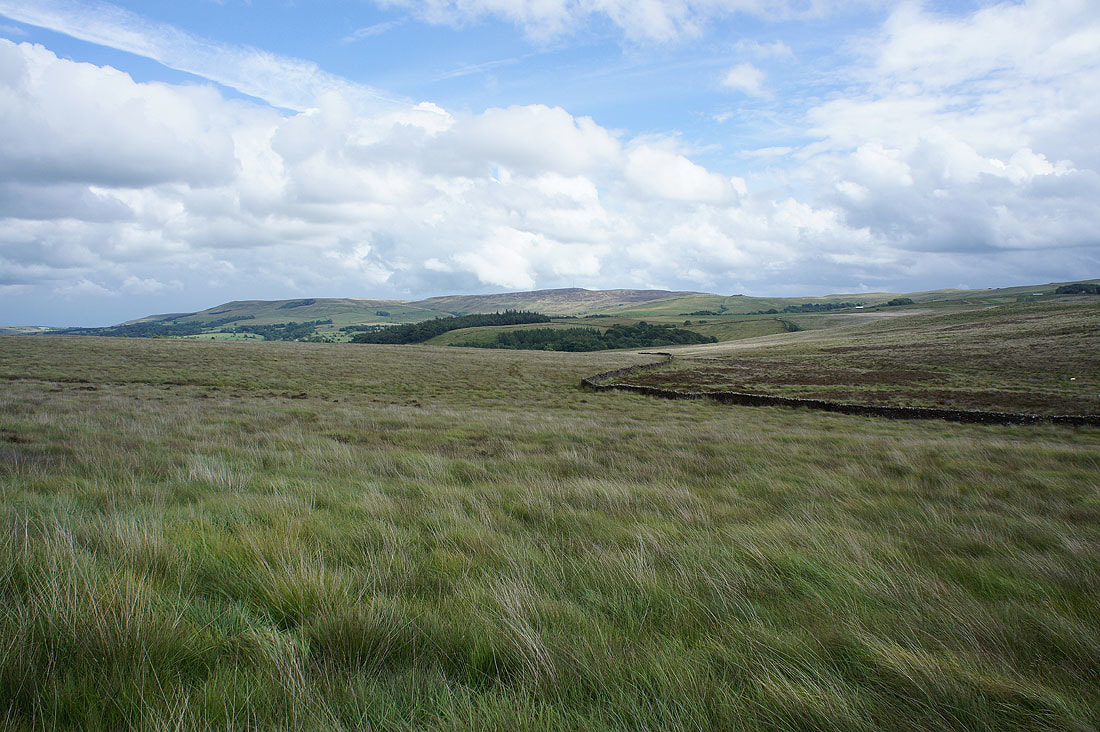 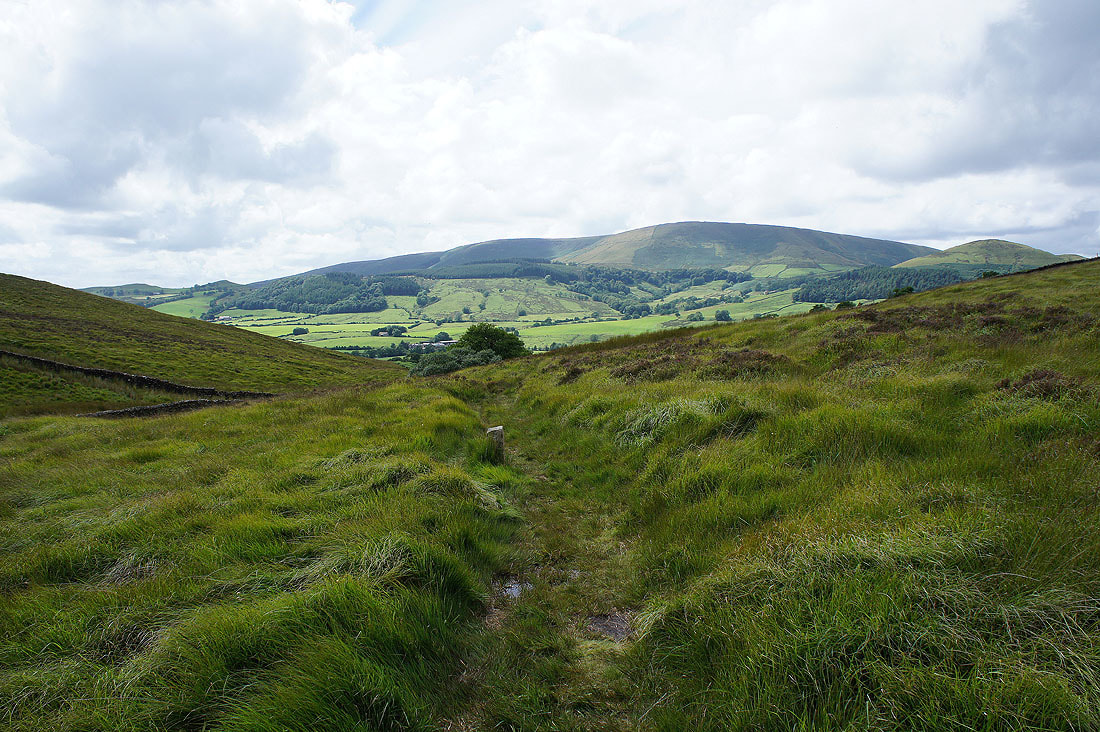 Totridge appears as I reach the other side of the fell.. 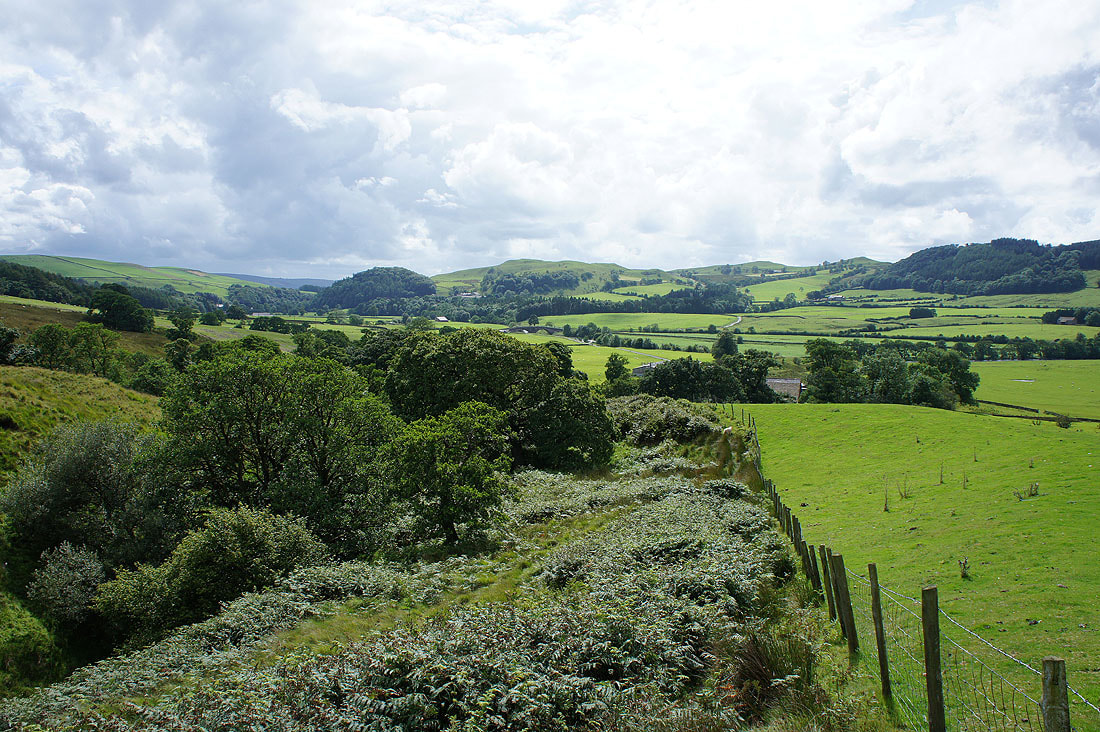 ..and descend to Burholme Farm 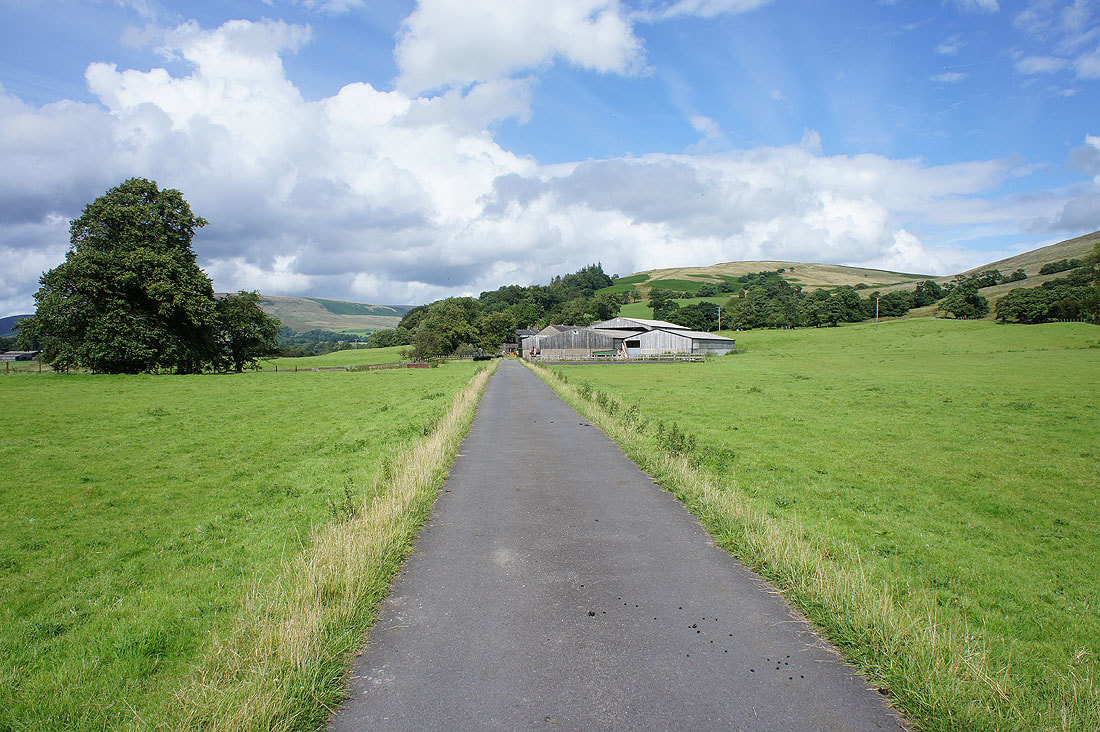 Burholme Farm as I head for Burholme Bridge. It's one of my favourite views in the Forest of Bowland and I couldn't resist taking it in, plus there's a bench next to it and I fancy a sit down. 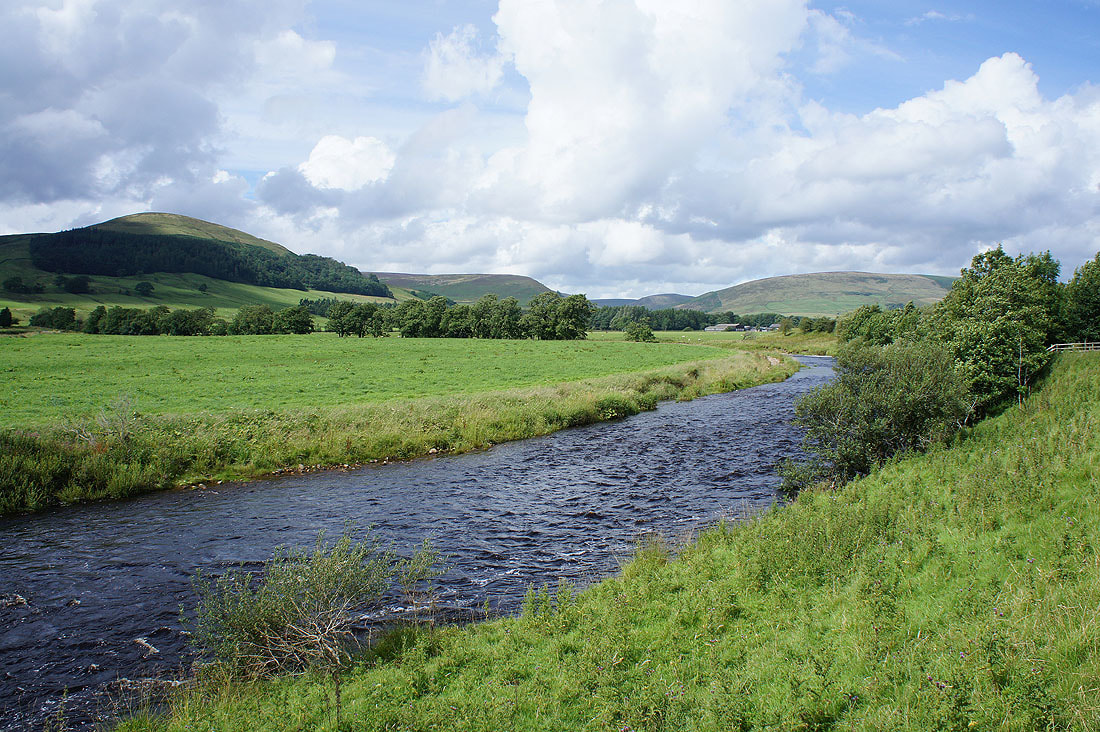 By the River Hodder to take in the view.. 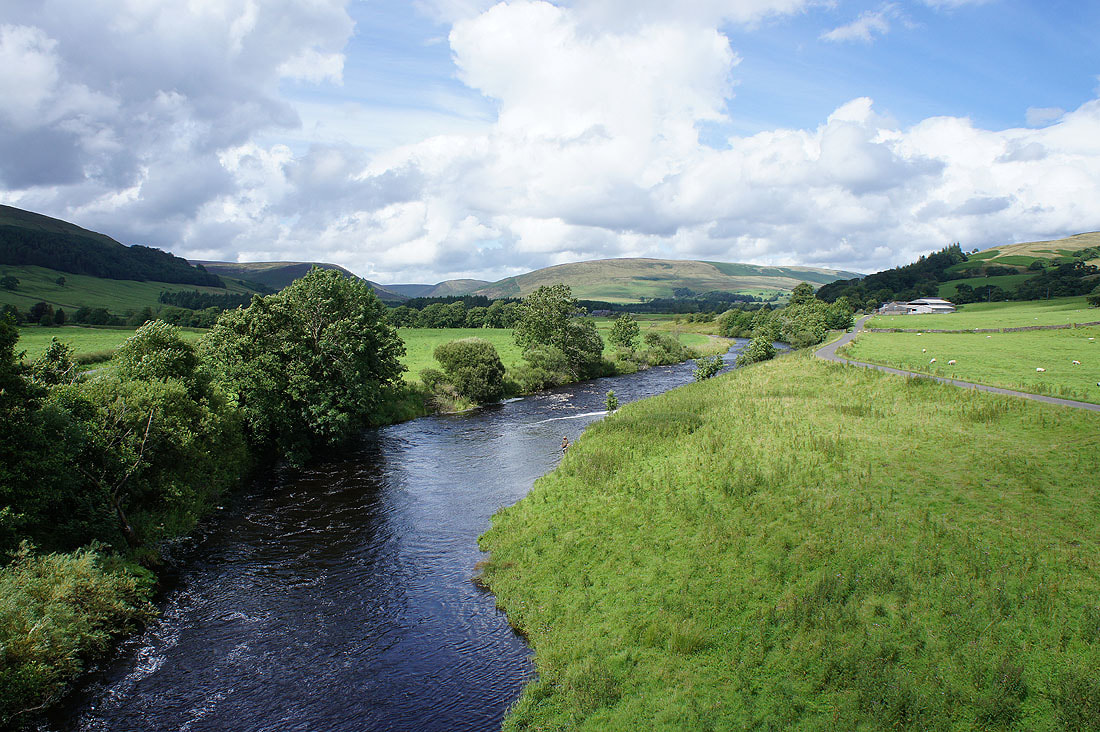 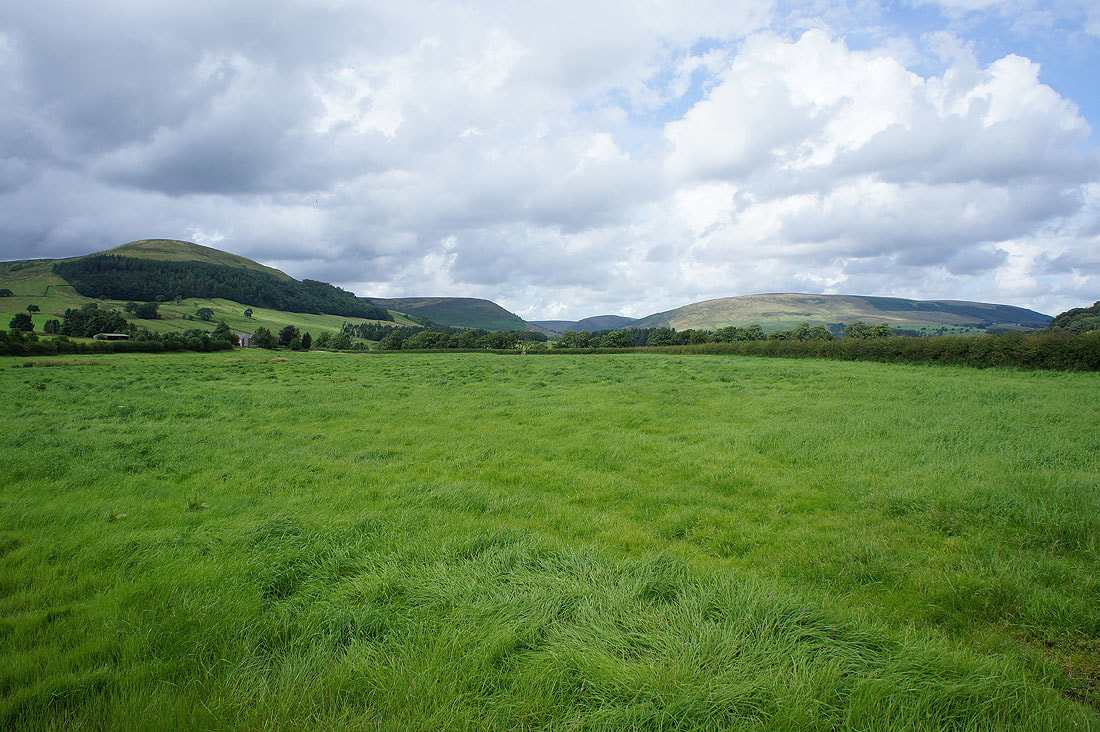 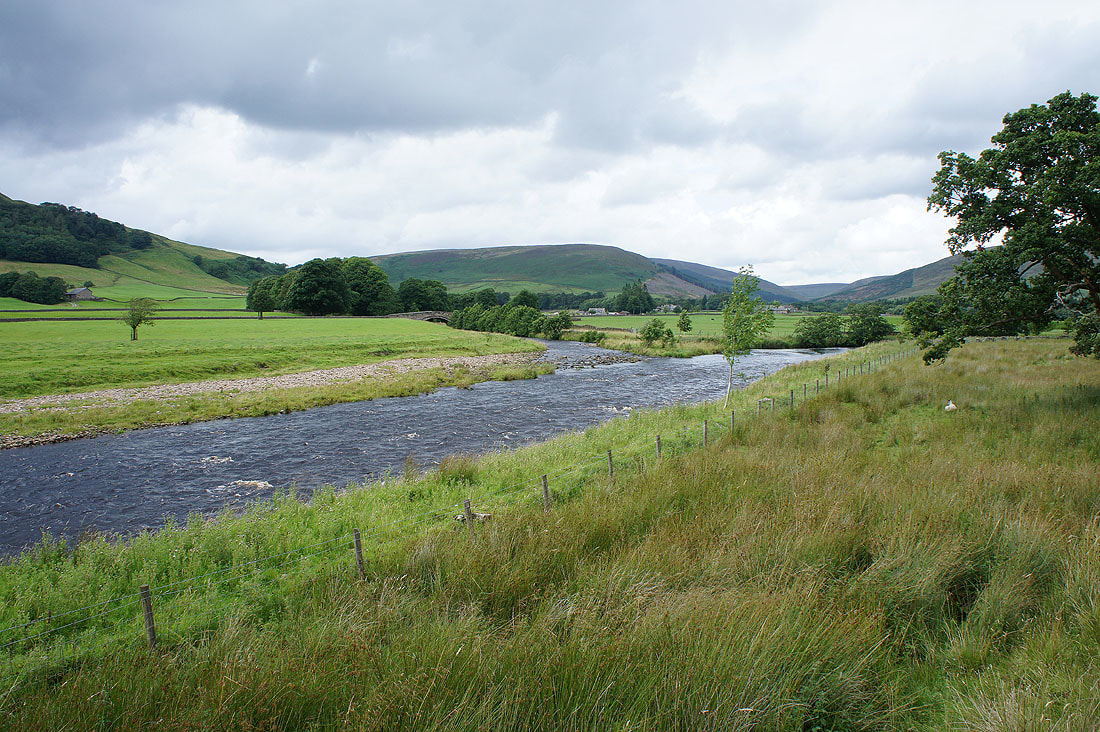 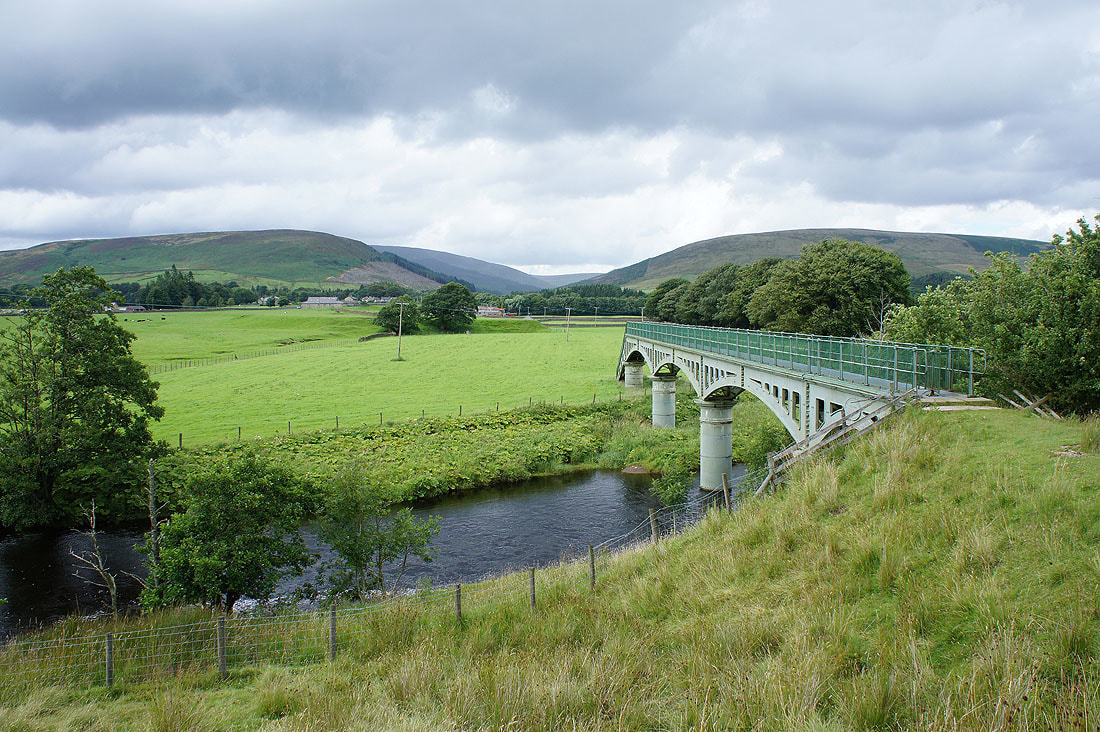 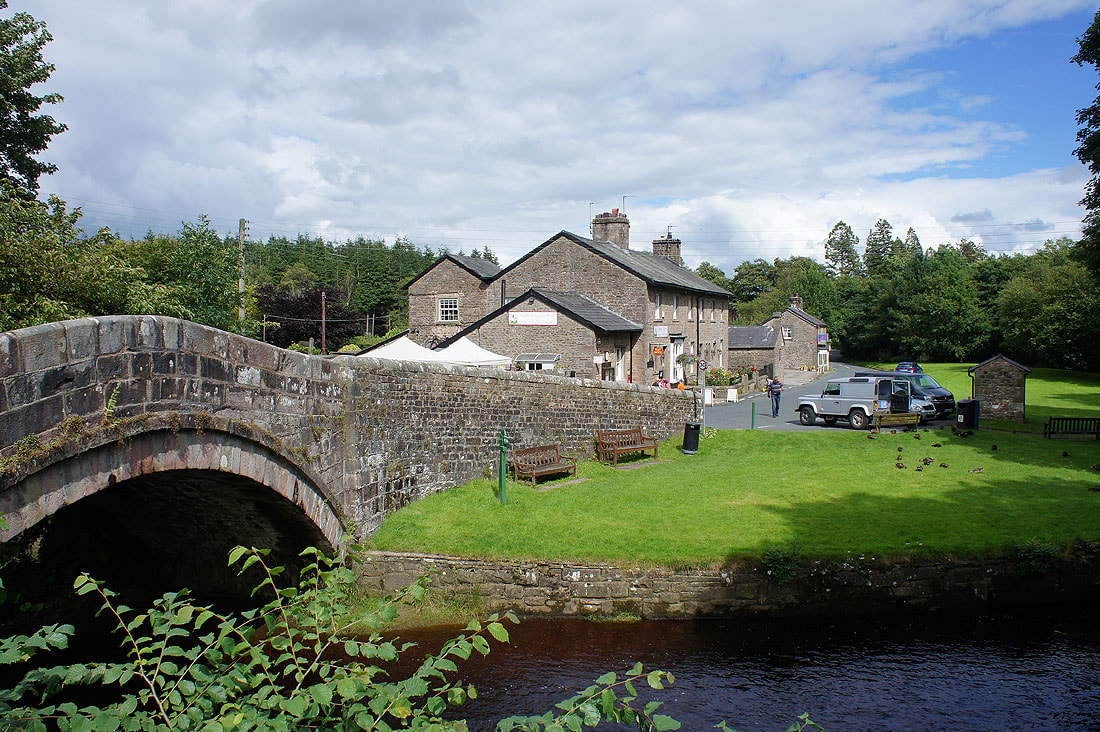