After my walk up Penyghent yesterday I knew the forecast was for another fine day so I'd planned my climb of Whernside for today, completing the Yorkshire Three Peaks for this year. My previous visits had started from Kingsdale and Dent so starting from Ribblehead was new for me. Ribblehead may be a more popular place to start from but on a weekday in December I wasn't surprised to find it quiet. Weather wise it was a nice day, the wind was lighter than yesterday so it didn't feel as cold and although a little cloud came and went there was plenty of sunshine.

Setting out from Ribblehead I followed the track to the Ribblehead Viaduct. I then took the path beside the railway line past Bleamoor Sidings to reach the bridge over the line. After crossing the bridge I followed the popular path to the summit of Whernside. This has been flagged in many places to prevent erosion, though today with ice on it I spent a lot of time avoiding walking on it. To head back I made my way down the southwest ridge and the path down to Bruntscar. I then followed the bridleway to Ivescar, a field path to Gunnerfleet Farm and a bridleway under the Ribblehead Viaduct back to Ribblehead.
Route map 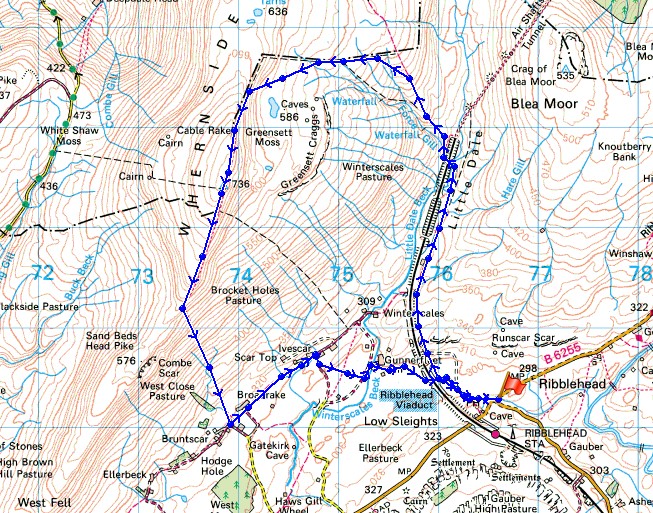 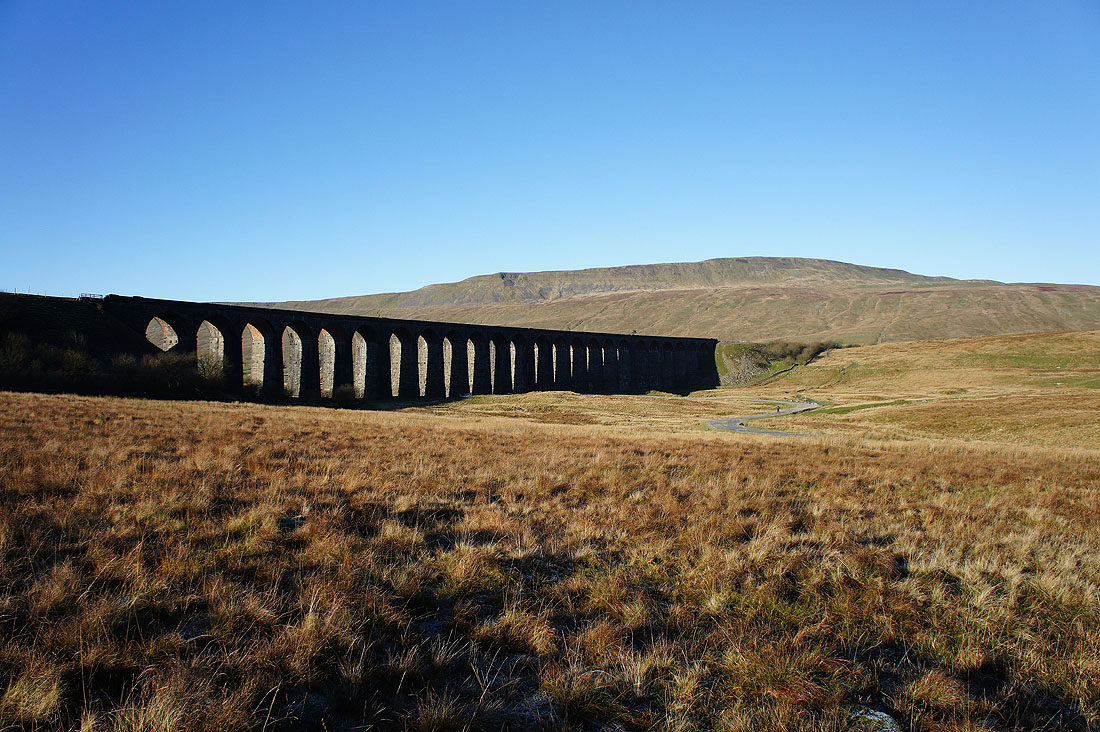 Setting out from Ribblehead. I'm taking the track that heads for the viaduct then the path that goes past the Blea Moor Sidings. 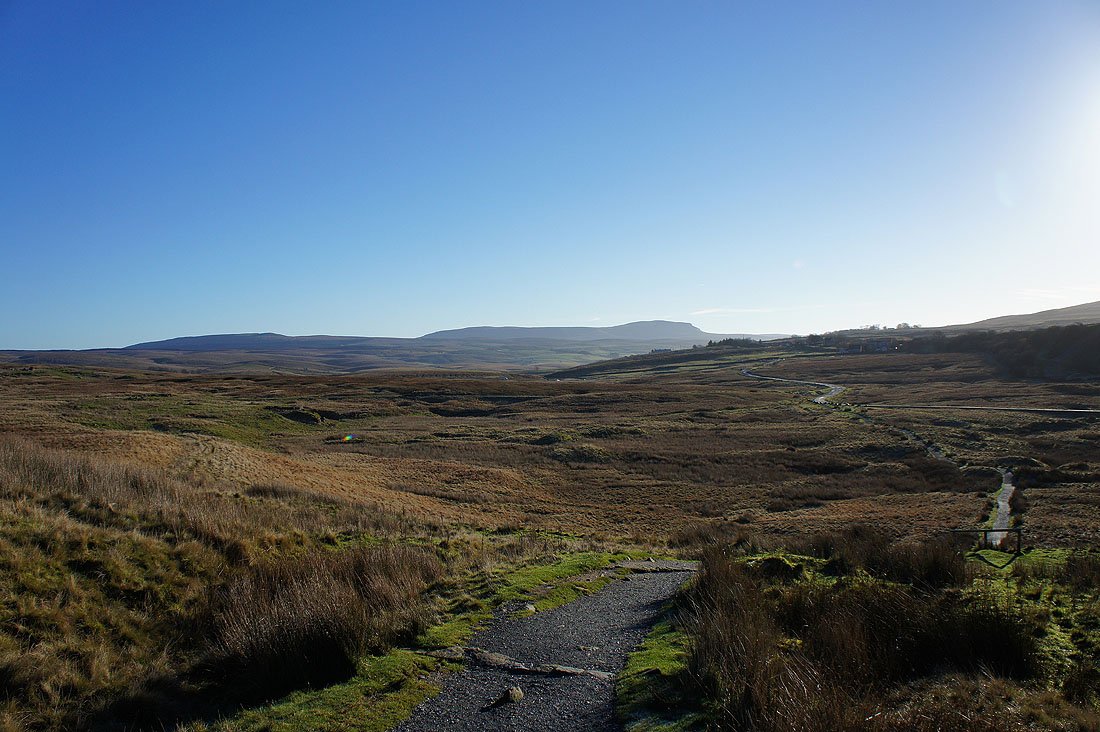 Looking back to Ribblehead with Penyghent in the distance 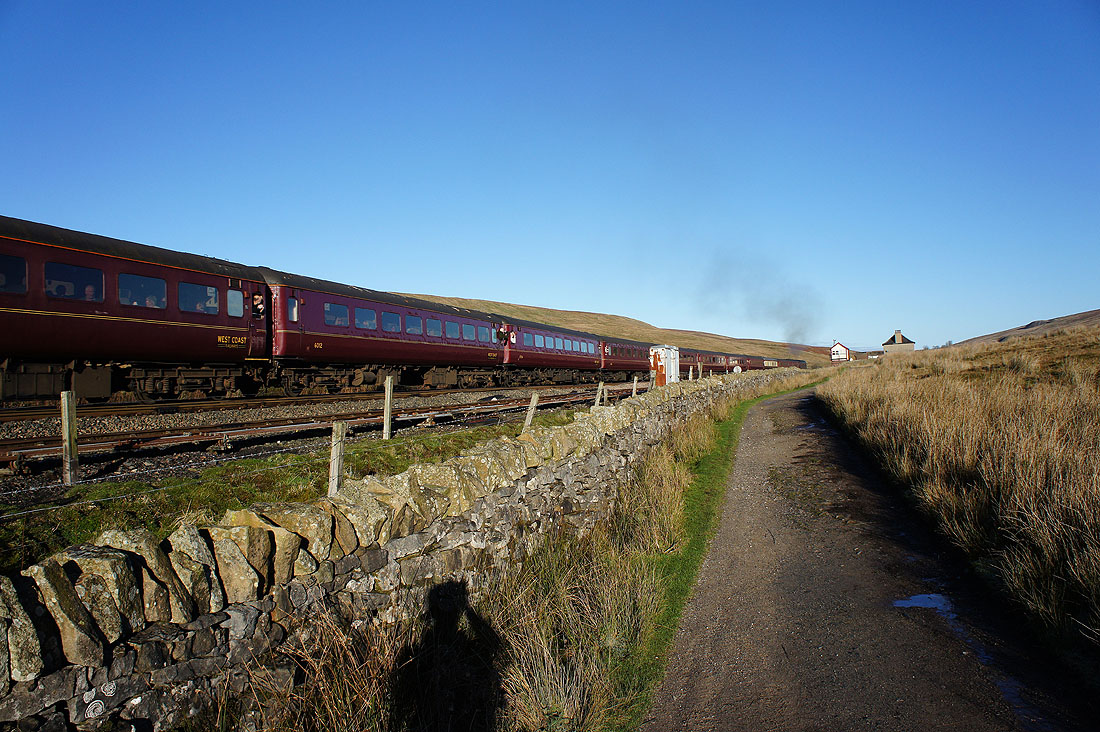 A train heading for Carlisle. Plenty of people on it too. 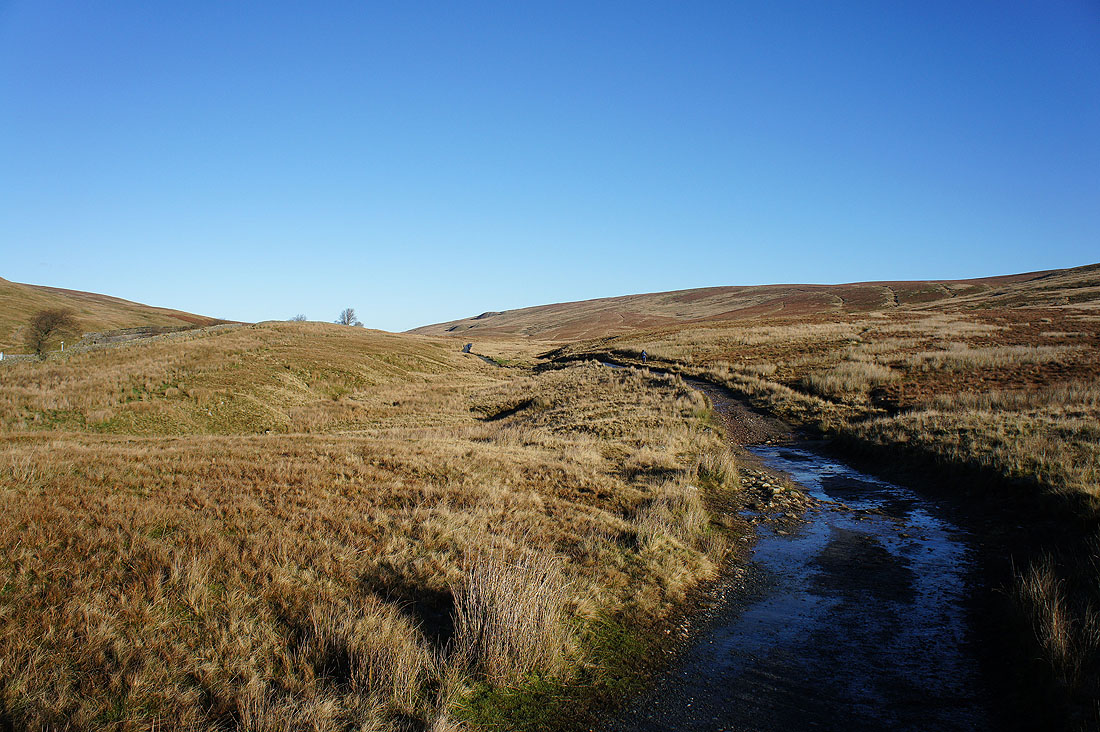 It's a great morning to be out here 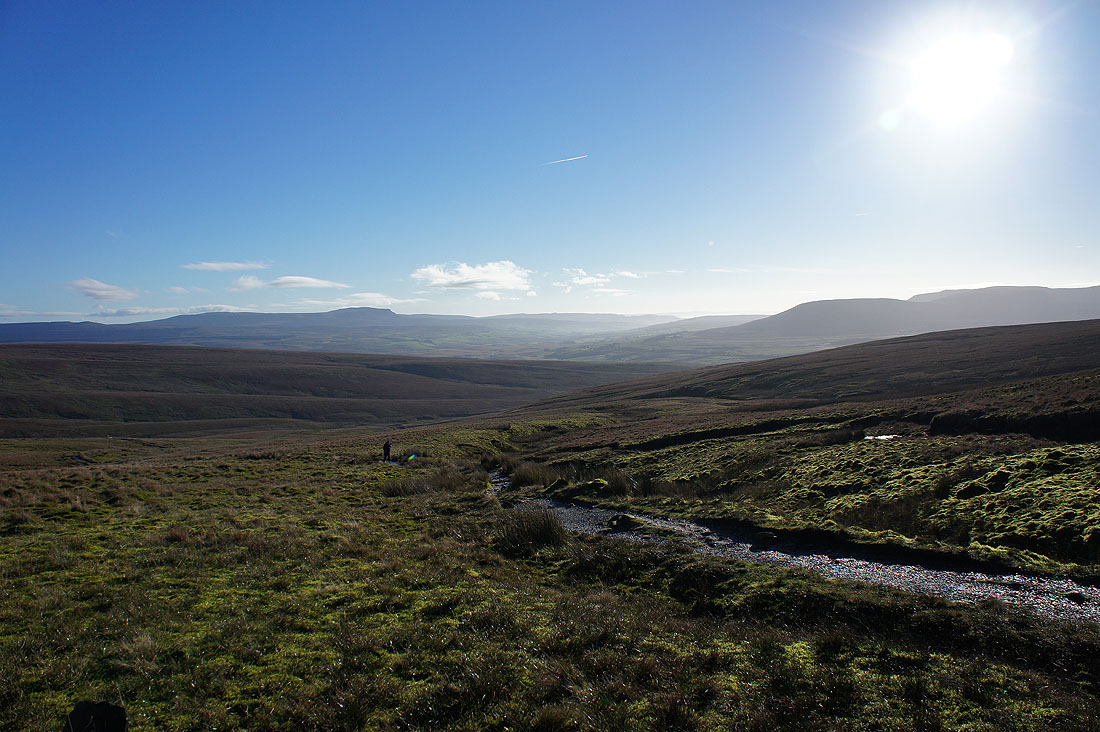 A brief stop for a brew. Looking back towards Penyghent and Ribblehead. 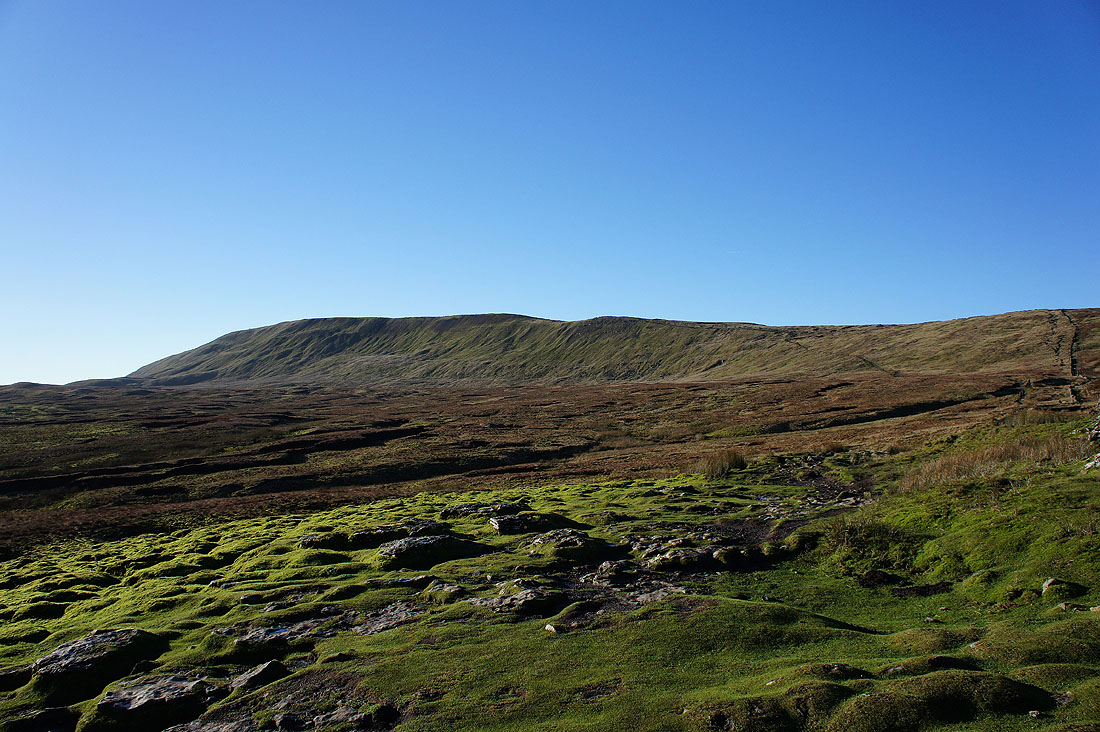 and the way ahead to the summit of Whernside 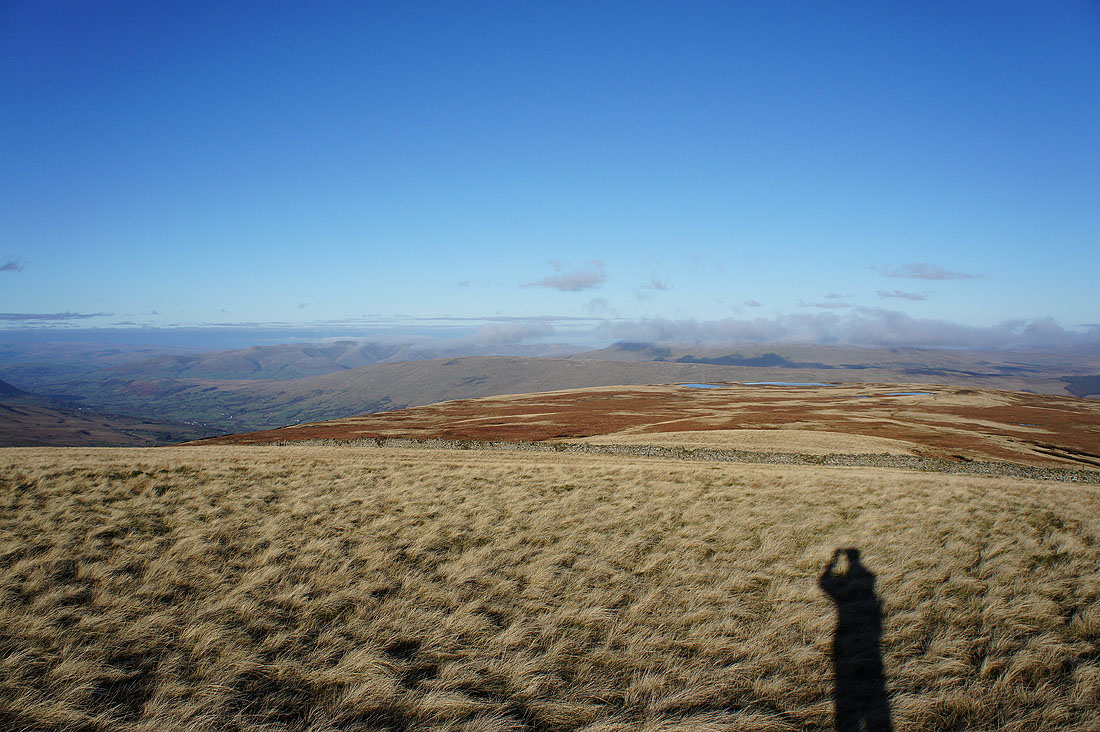 On the shoulder of Whernside and the view has opened out. Looking north to the Howgills and Baugh Fell. I was surprised to find that they were being bothered by low cloud. 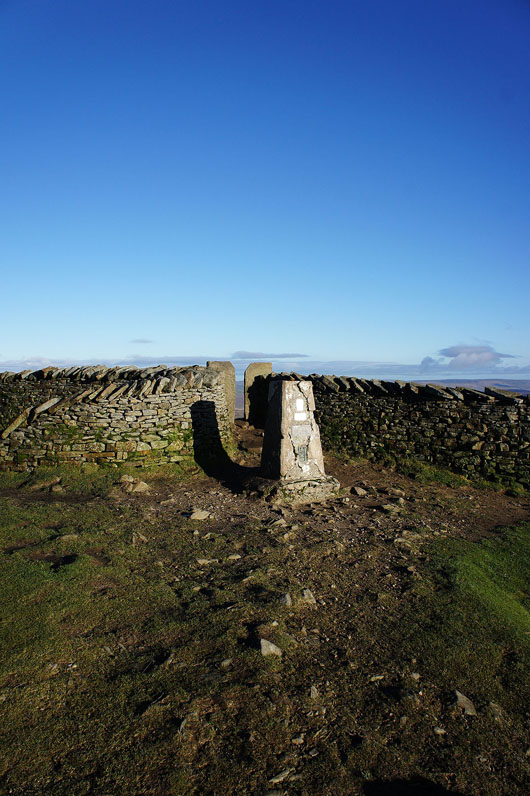 Finally made to the trig point that marks the summit of Whernside, plus like Penyghent the wall provides shelter if you need it 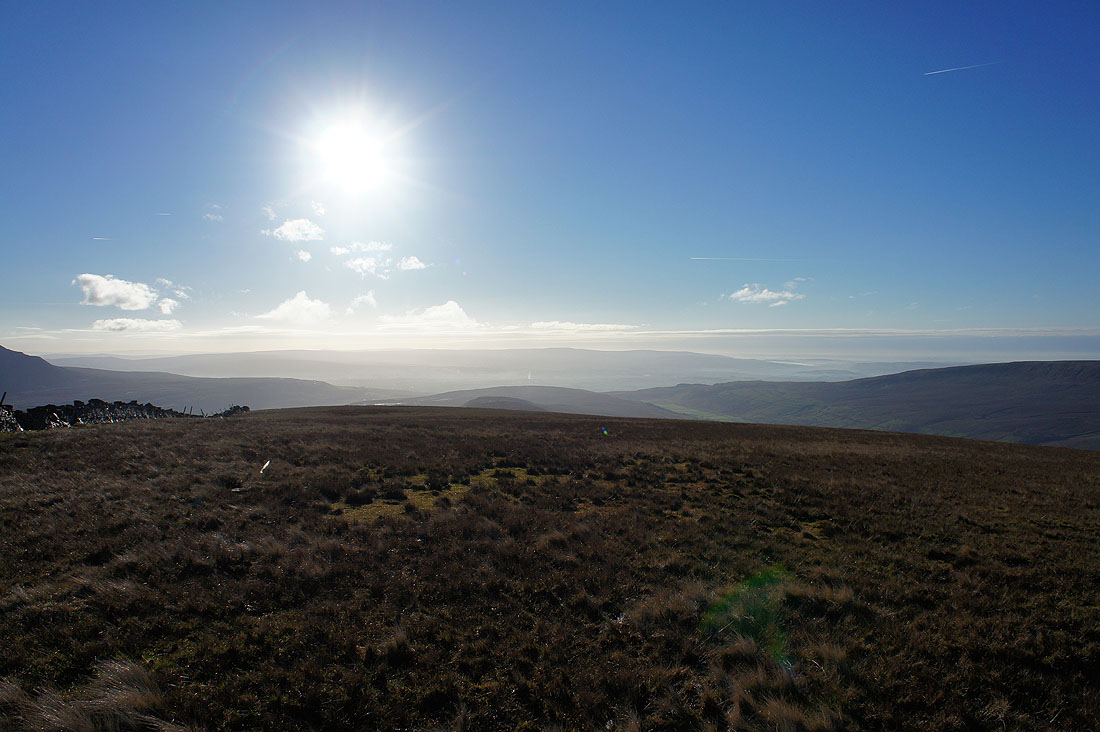 Lunch has been had so time to take in the view. Starting by looking south then going round clockwise, the fells of the Forest of Bowland in the distance. 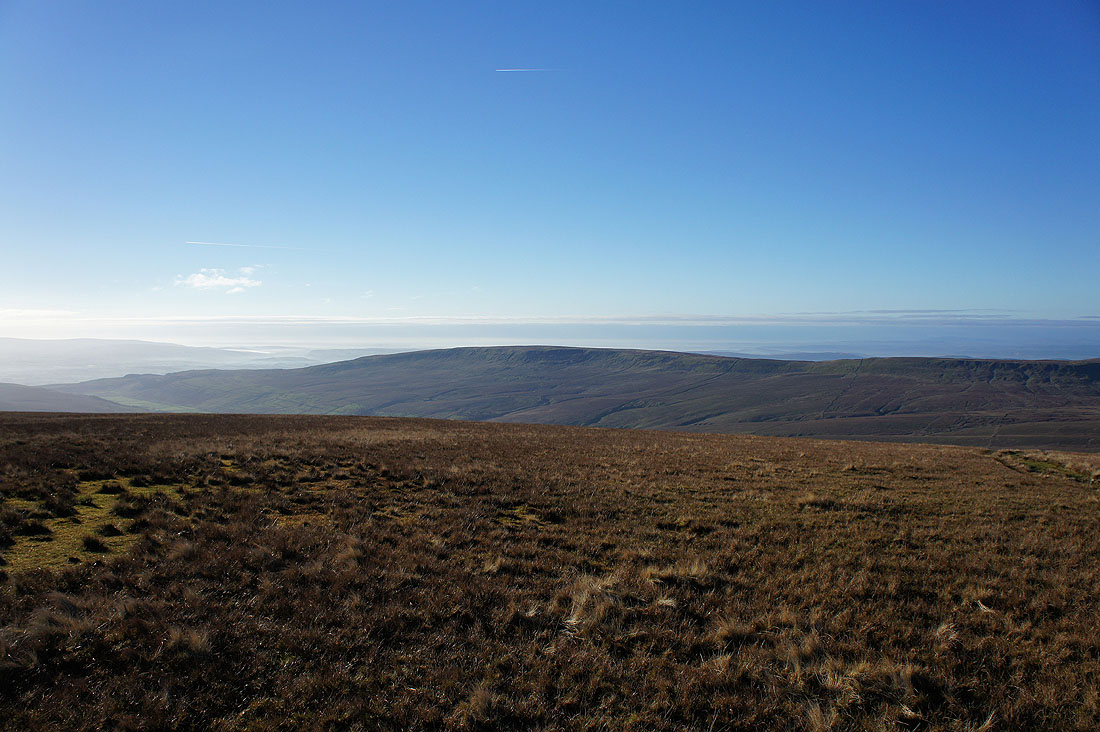 Gragareth on the other side of Kingsdale 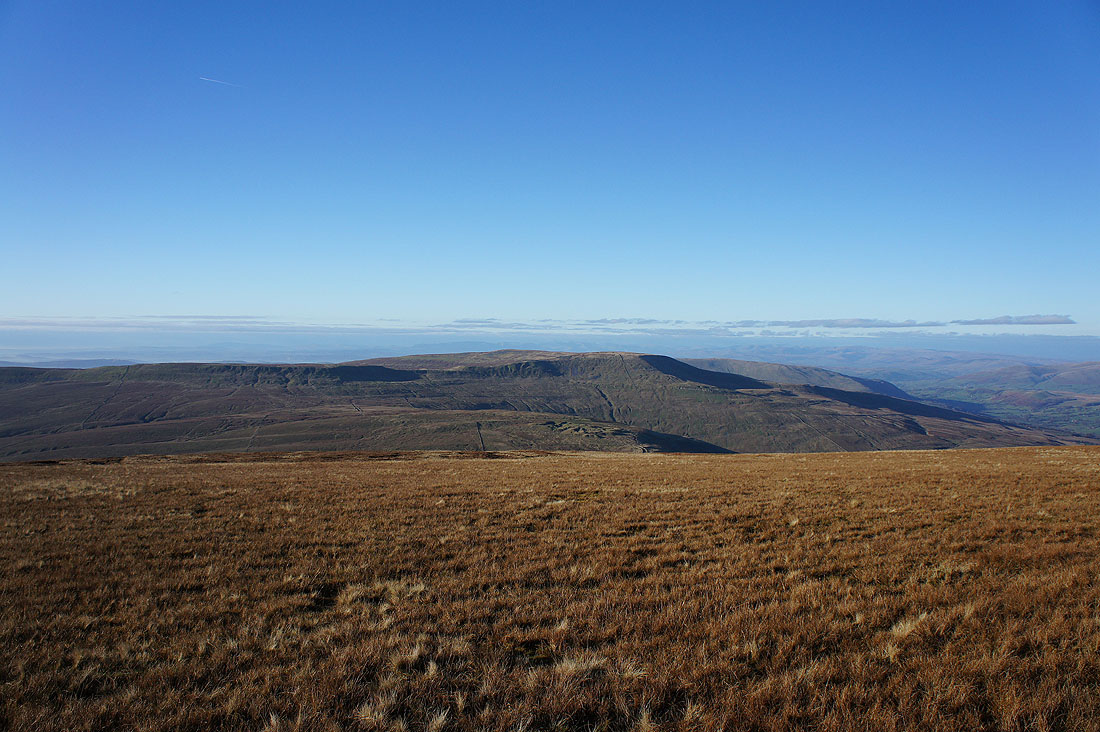 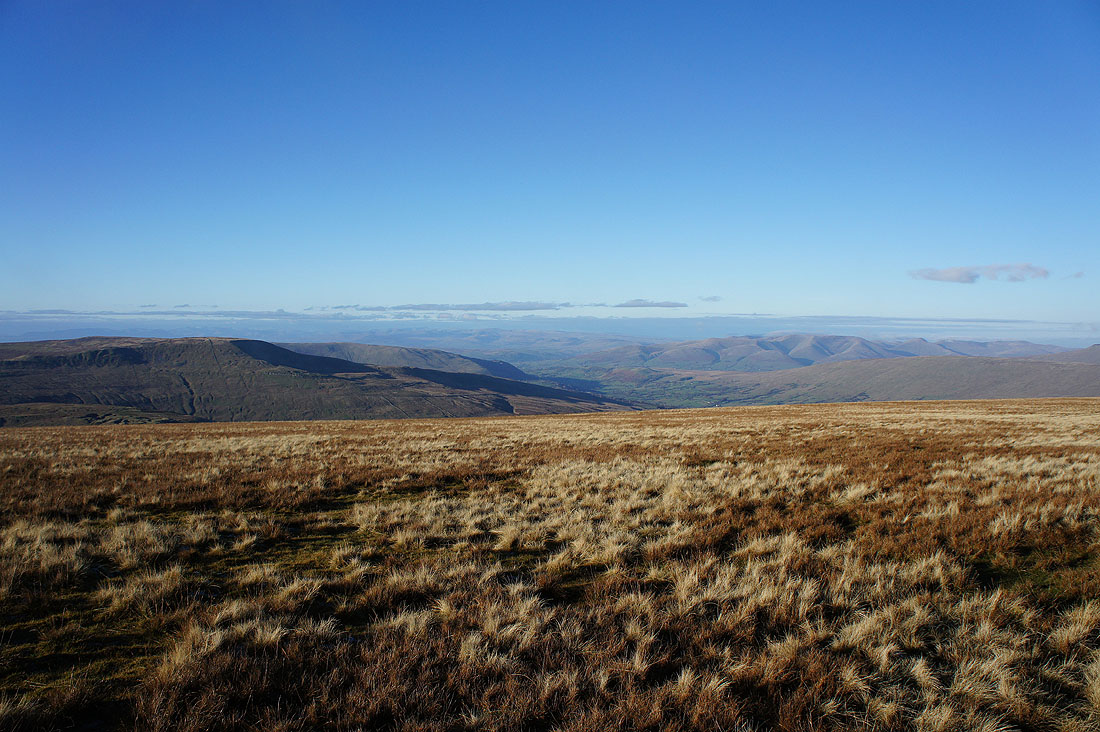 Great Coum, the shoulder of Middleton Fell, a bit of Dentdale and the Howgills 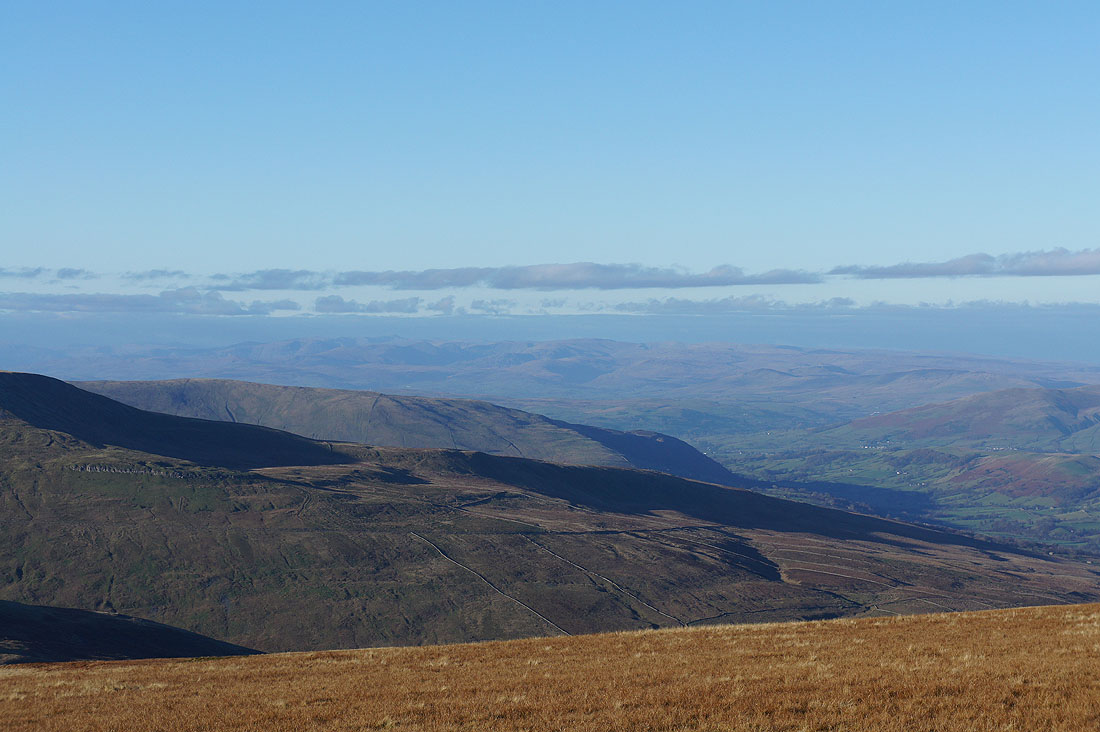 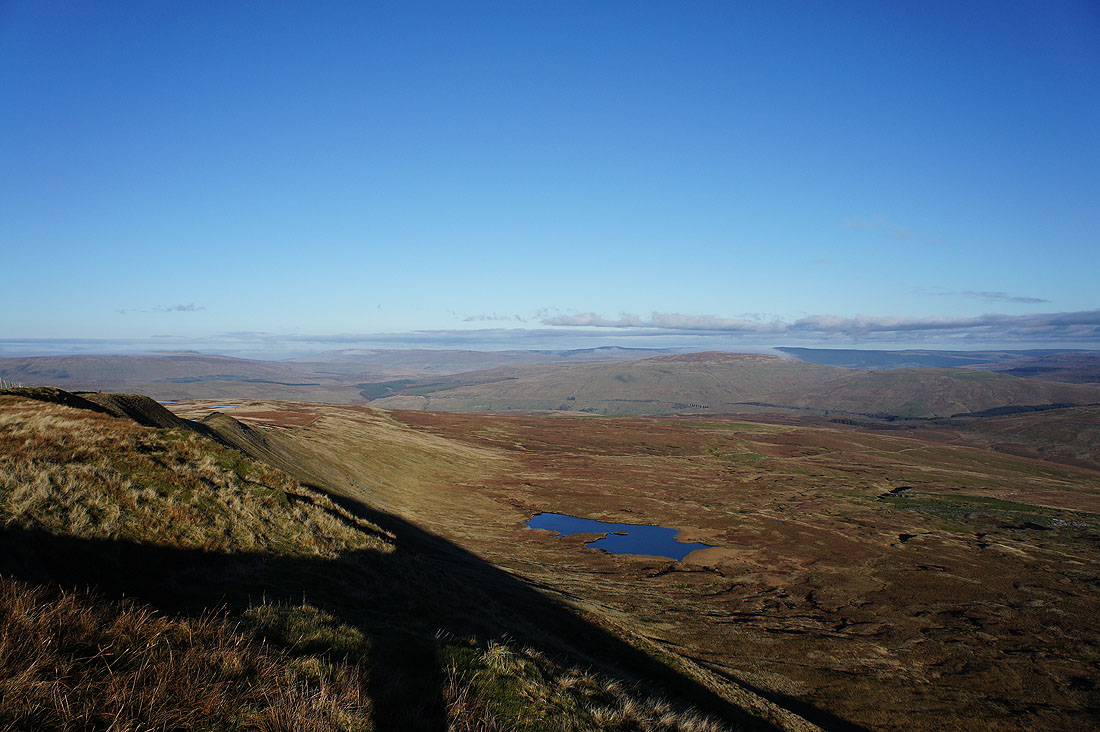 On the other side of the wall. Looking north to High Seat on the east side of Mallerstang, Great Shunner Fell and Great Knoutberry Hill with a cap of cloud. The stretch of water below is Greensett Tarn. 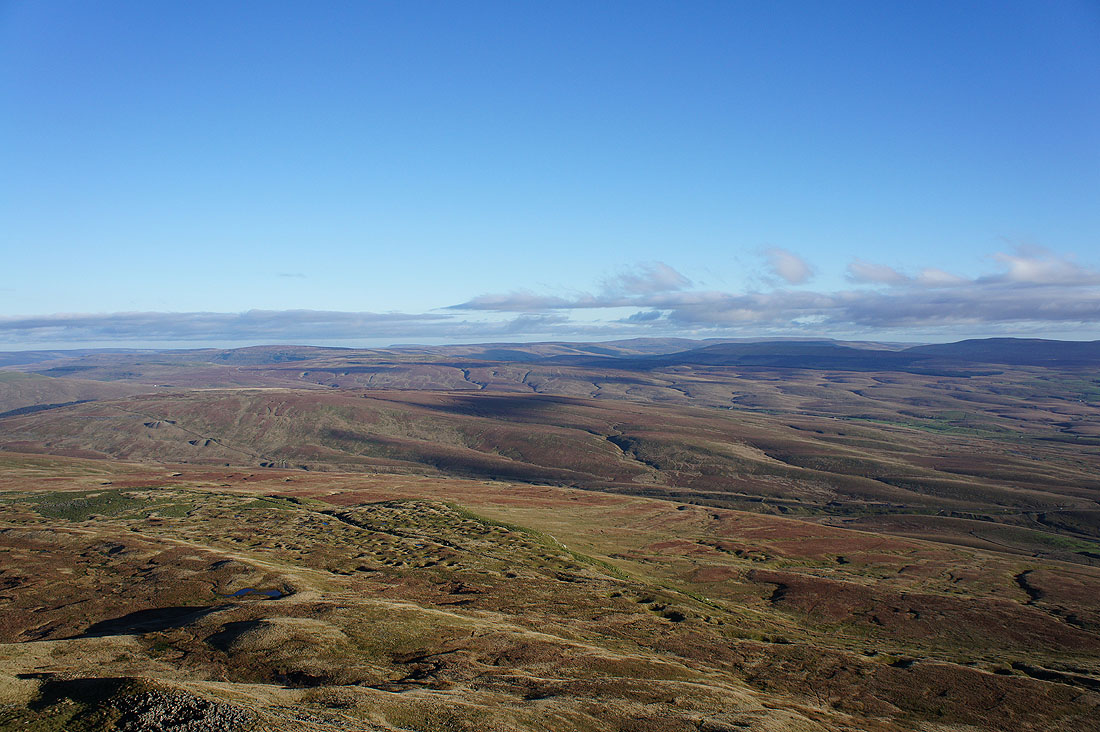 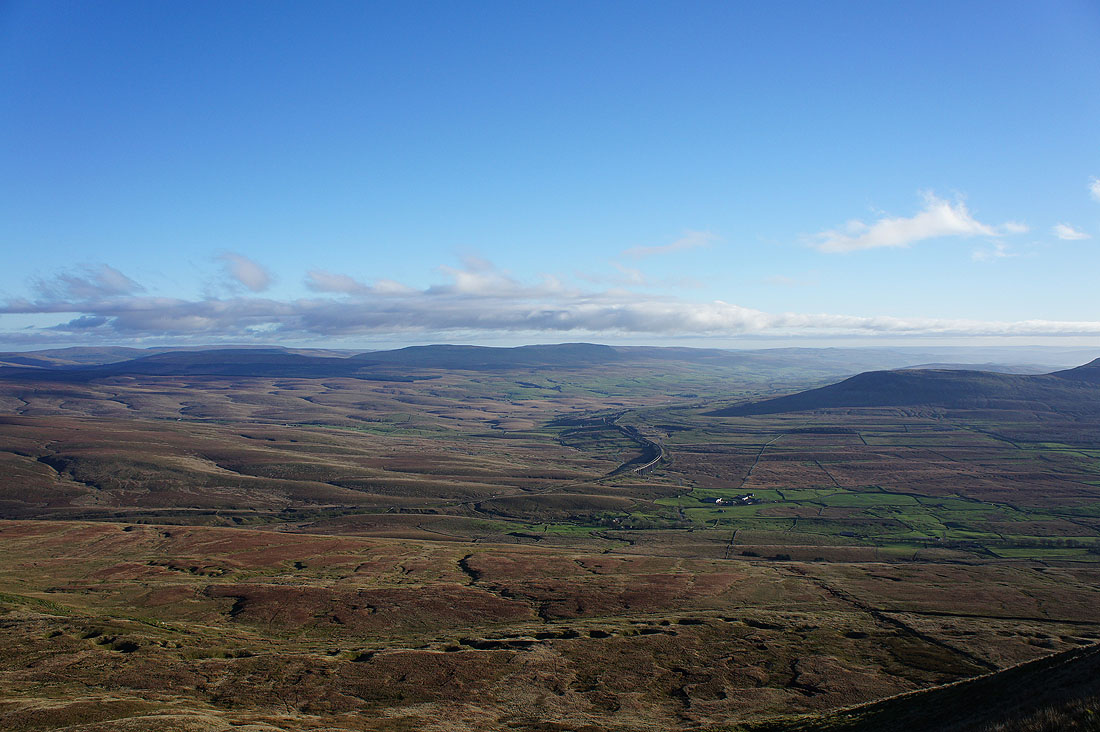 Ribblehead with Penyghent in shadow behind 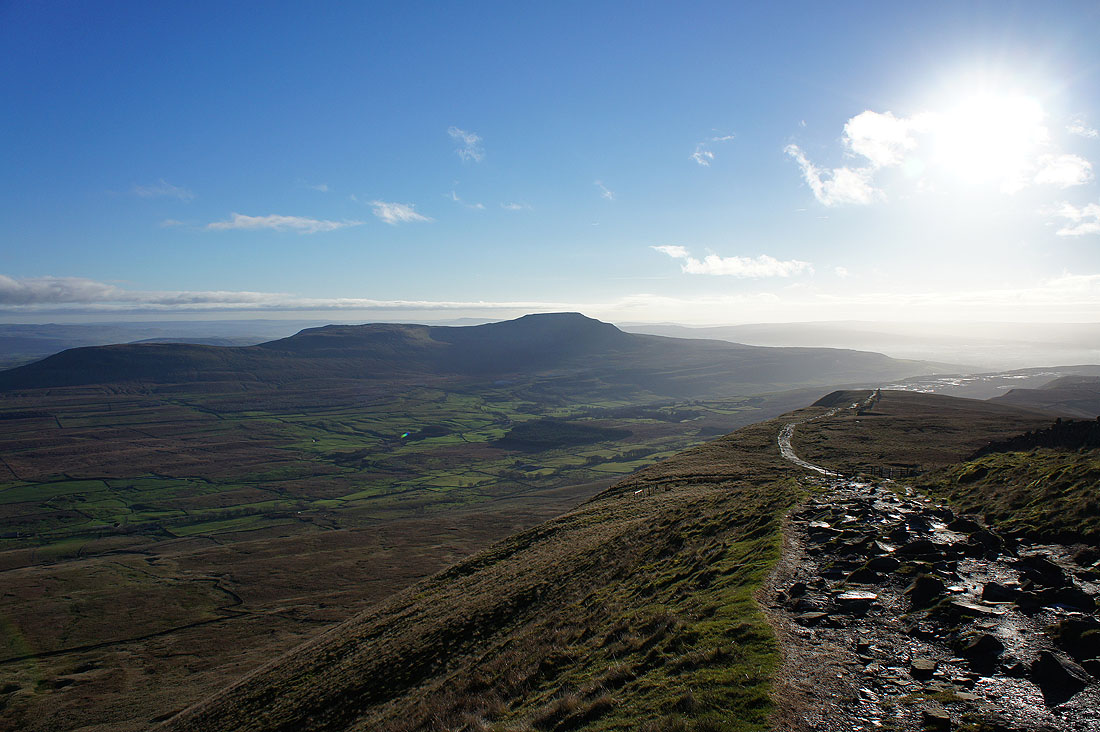 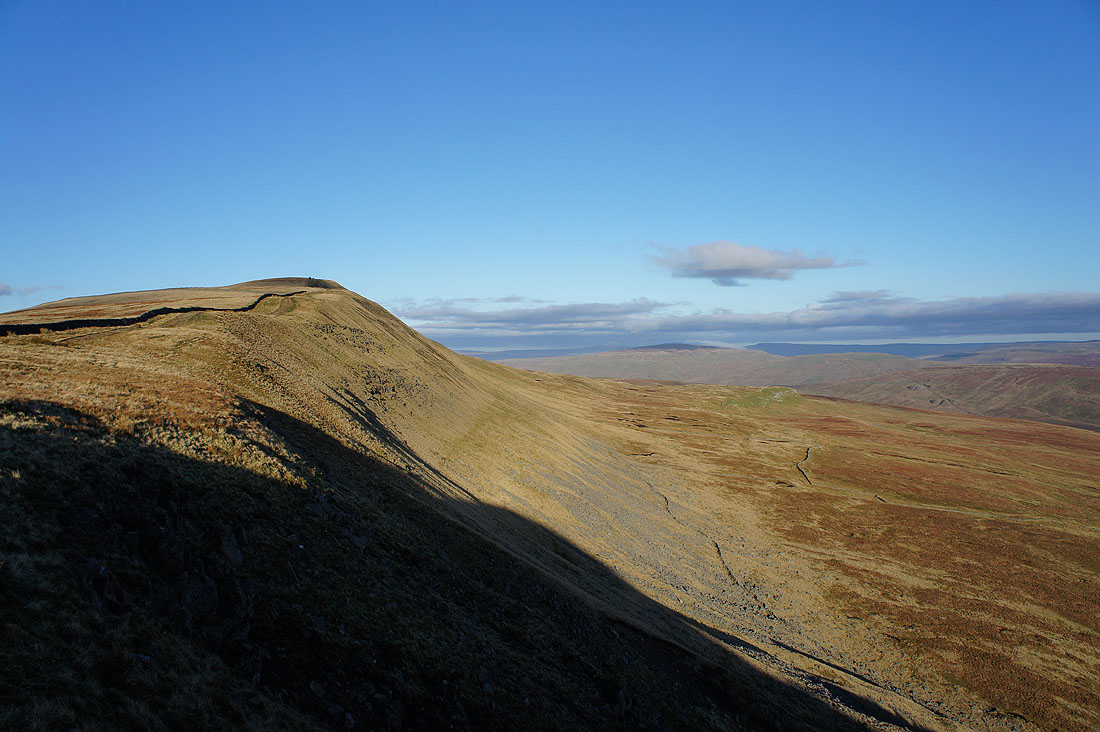 The steep east face of Whernside 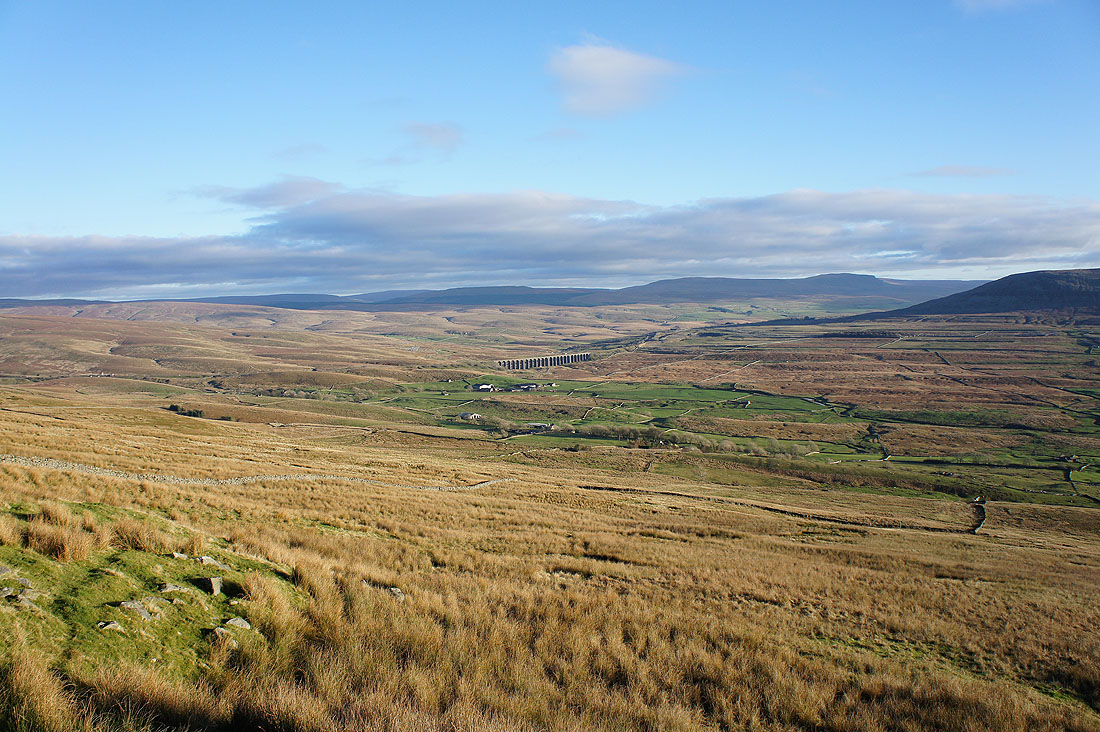 A clear view of the Ribblehead Viaduct as I head down 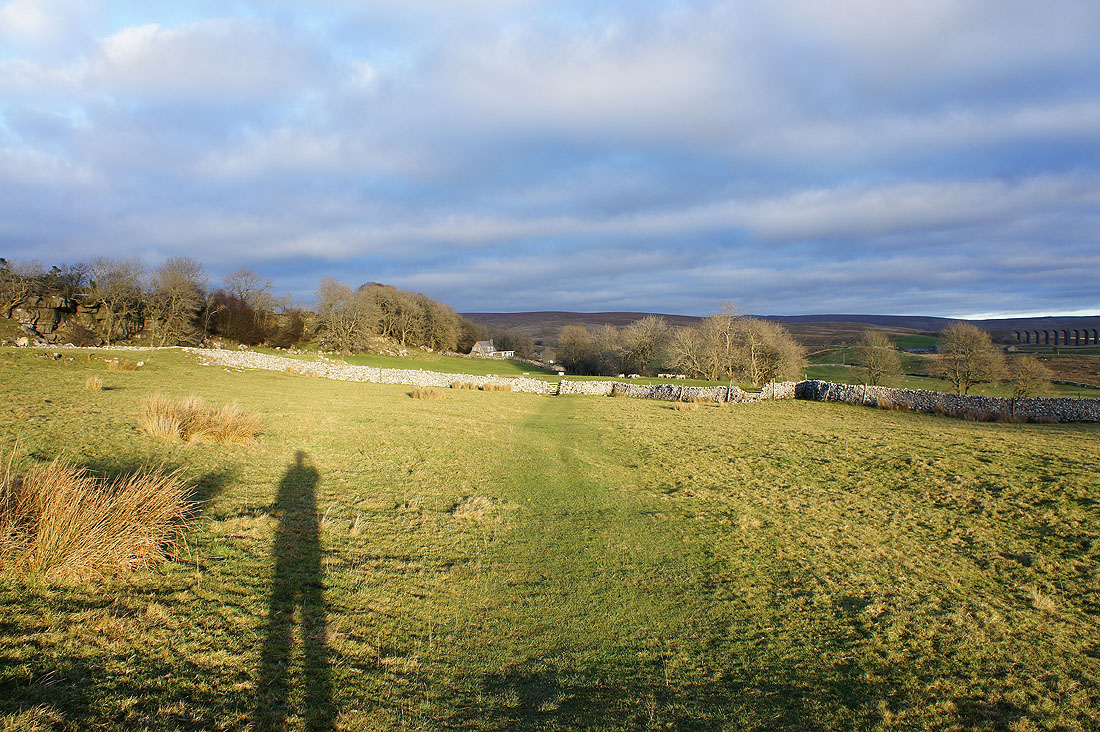 Long shadows on the bridleway to Ivescar 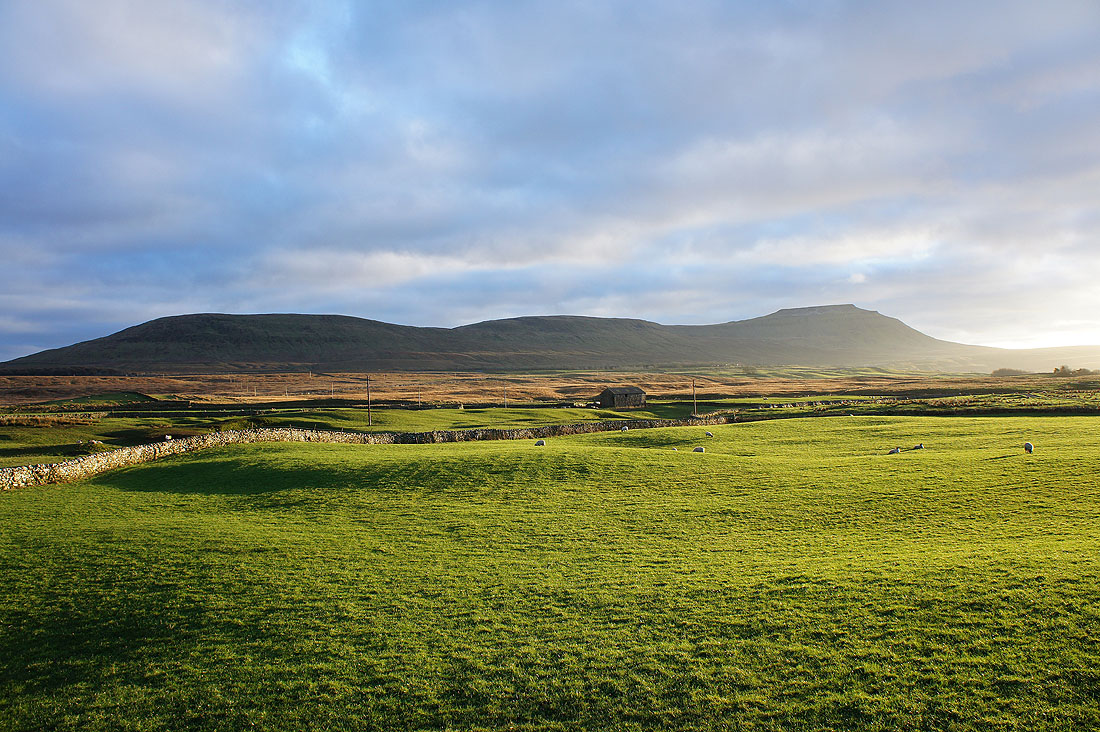 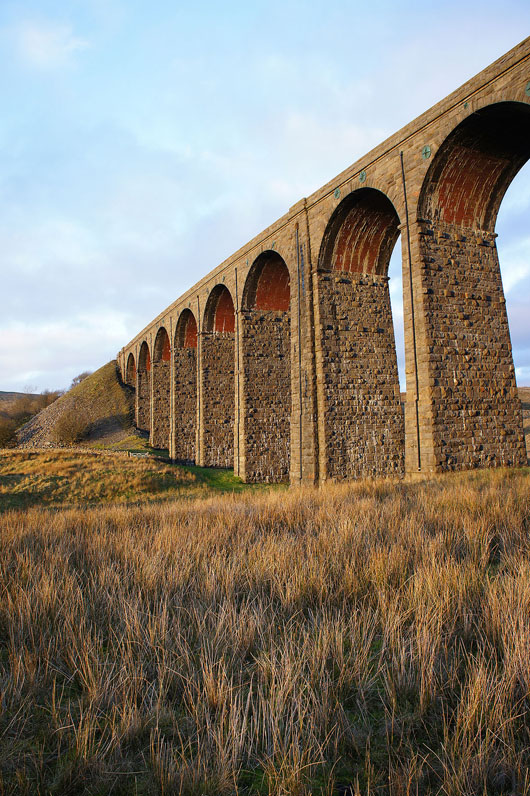 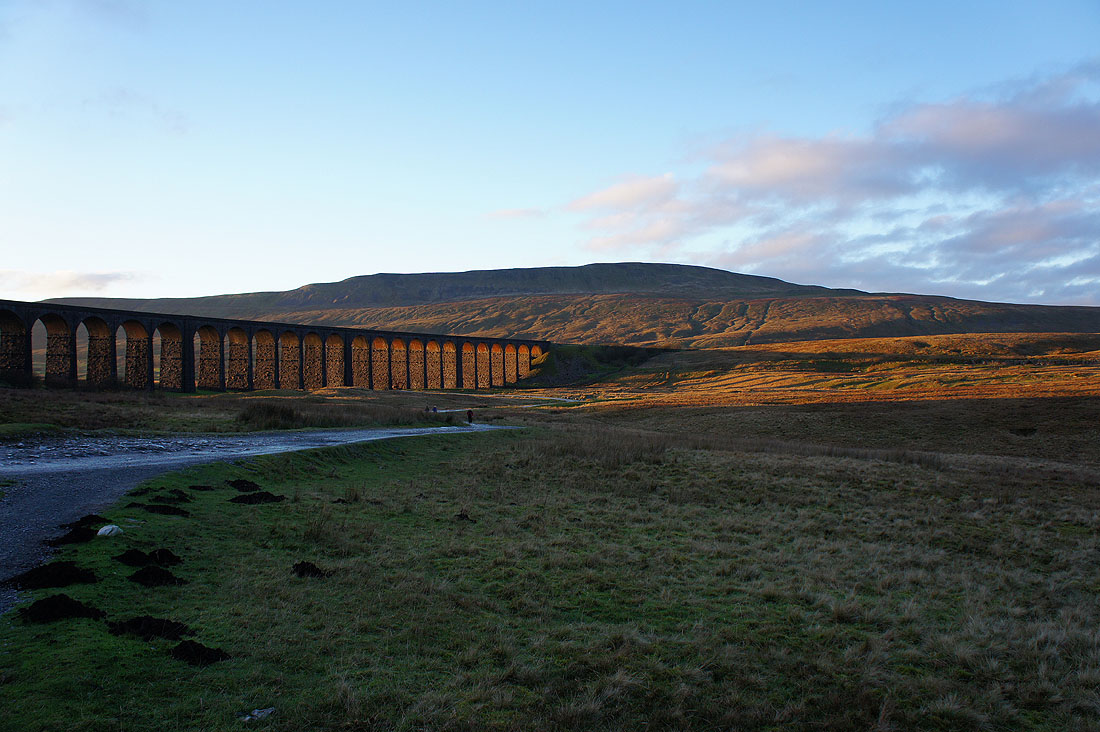