A spur of the moment decision to do this walk but I had to take advantage of another fine day and this was a walk that I'd been thinking about doing for some time. Conditions underfoot were pretty good with dry weather for nearly two weeks and the ground partly frozen from recent frosty nights.

I started the walk from the car park below the White House pub on the A58 (not the pub car park). The A58 was crossed to reach the Pennine Way which I followed until it's crossed by the "Roman Road". This packhorse road and a couple of footpaths were then used ﻿to make my way around the northern side of Rishworth Moor. Eventually I headed off path to reach Cat Stones and then the high point of Rishworth Moor, Dog Hill. After paying a visit to the trig point I crossed over to the south side of the moor to pick up a path that would take me to Green Withins Reservoir. From the reservoir I then followed a catchwater drain to pick up the Pennine Way as it crosses over the M62. I then used the Pennine Way to take me up and over Blackstone Edge and back to the start.
Route map 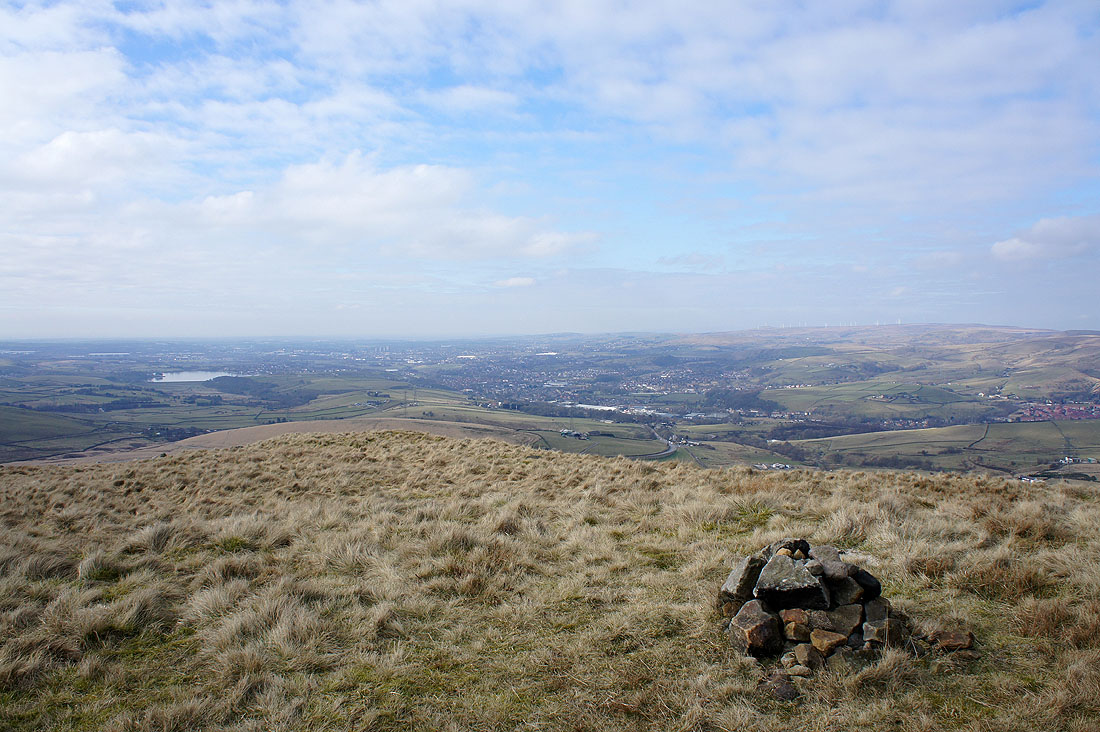 From the car park by Blackstone Edge Reservoir I crossed the A58 to get on the Pennine Way. I was soon treated to this view down into Lancashire, Hollingworth Lake and Littleborough. 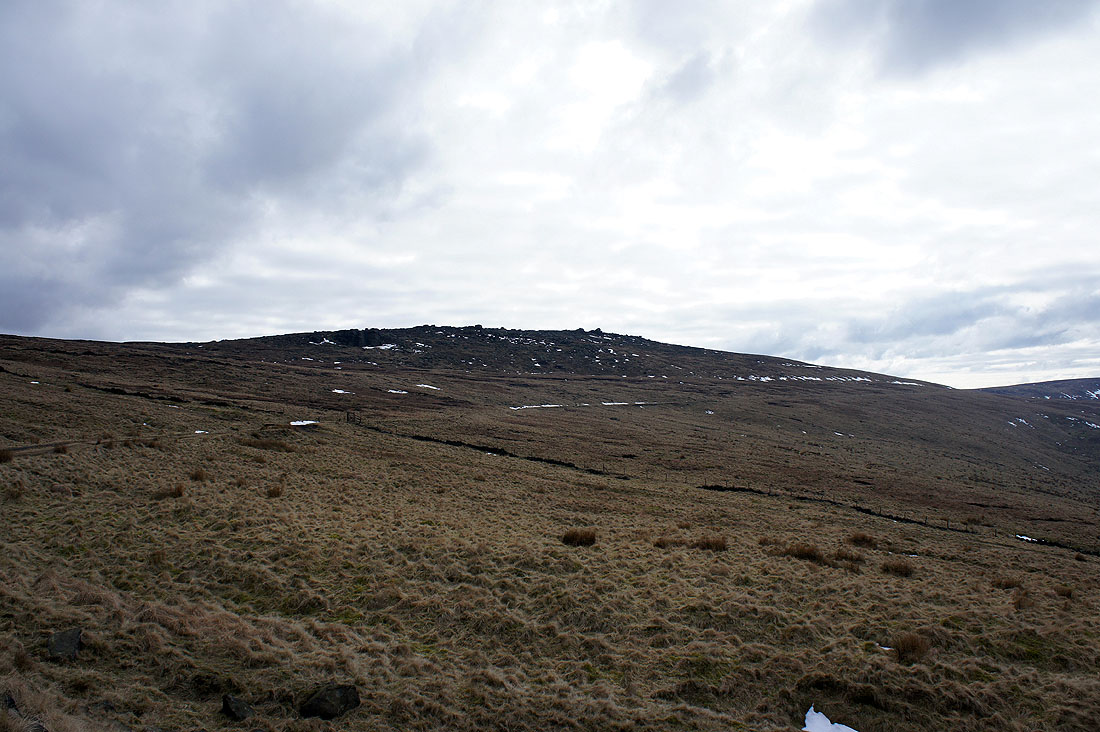 Blackstone Edge. Not where I'm heading for at the moment though. 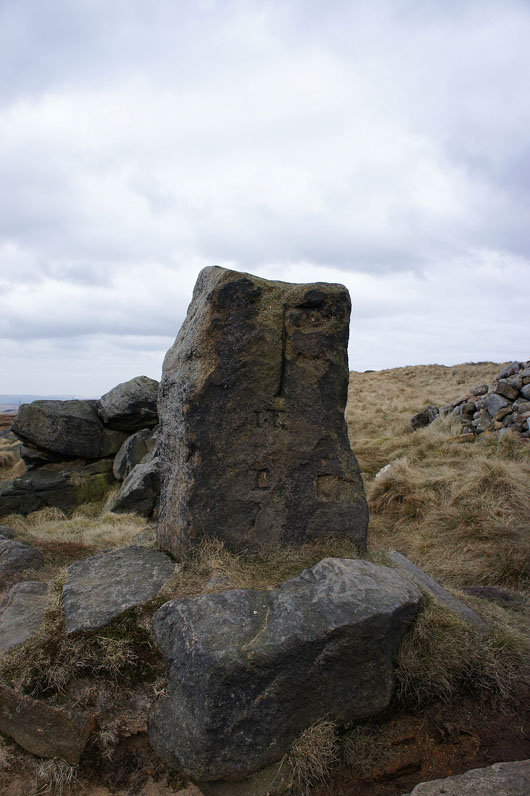 The Aiggin Stone. A medieval guide stone for travellers. 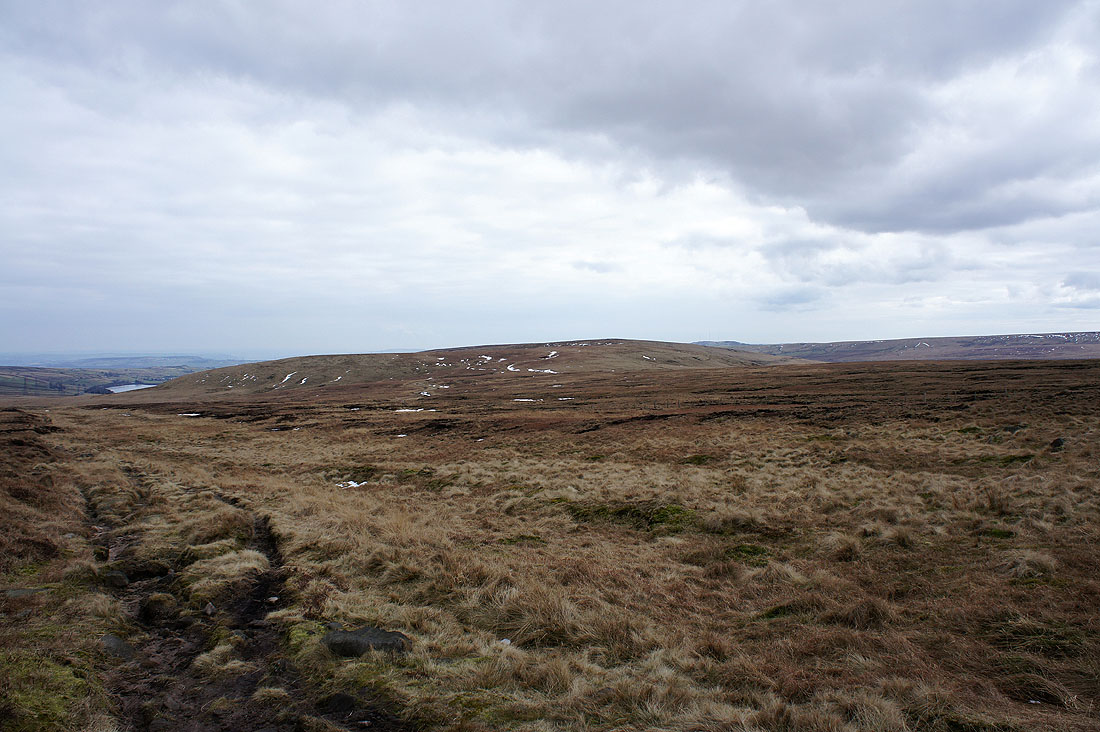 Rishworth Moor comes into view. I'm on the "Old Packhorse Road" that's on the OS map. 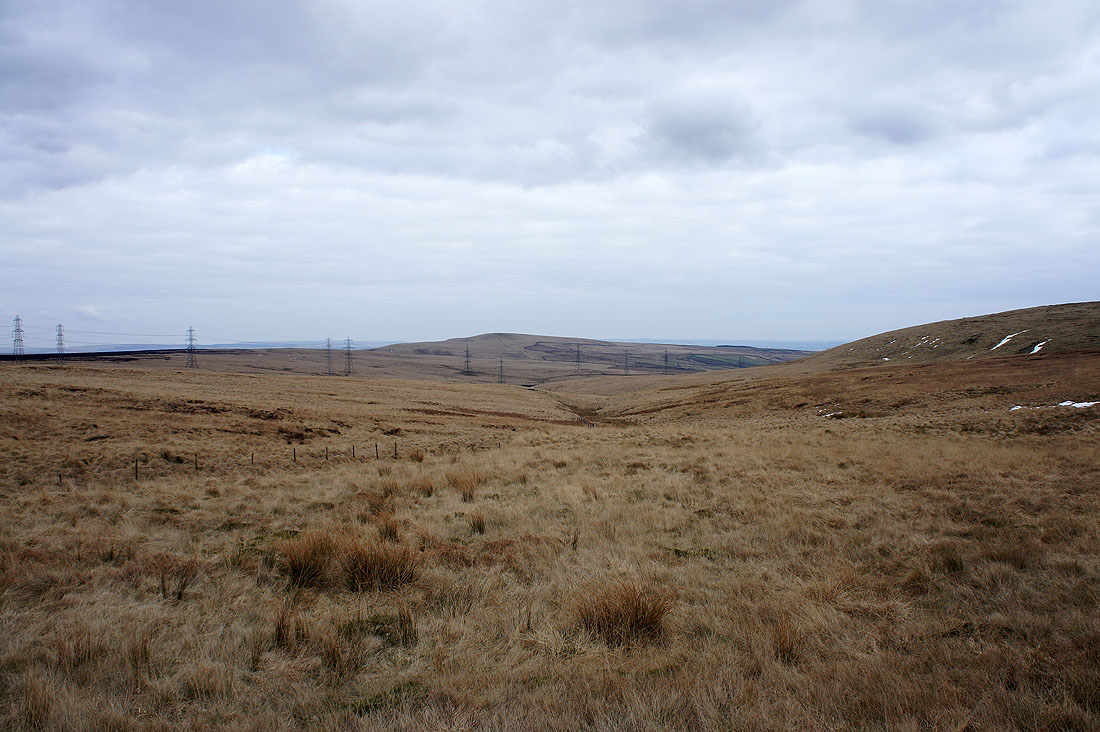 Looking down Rag Sapling Clough towards the hill of Manshead End 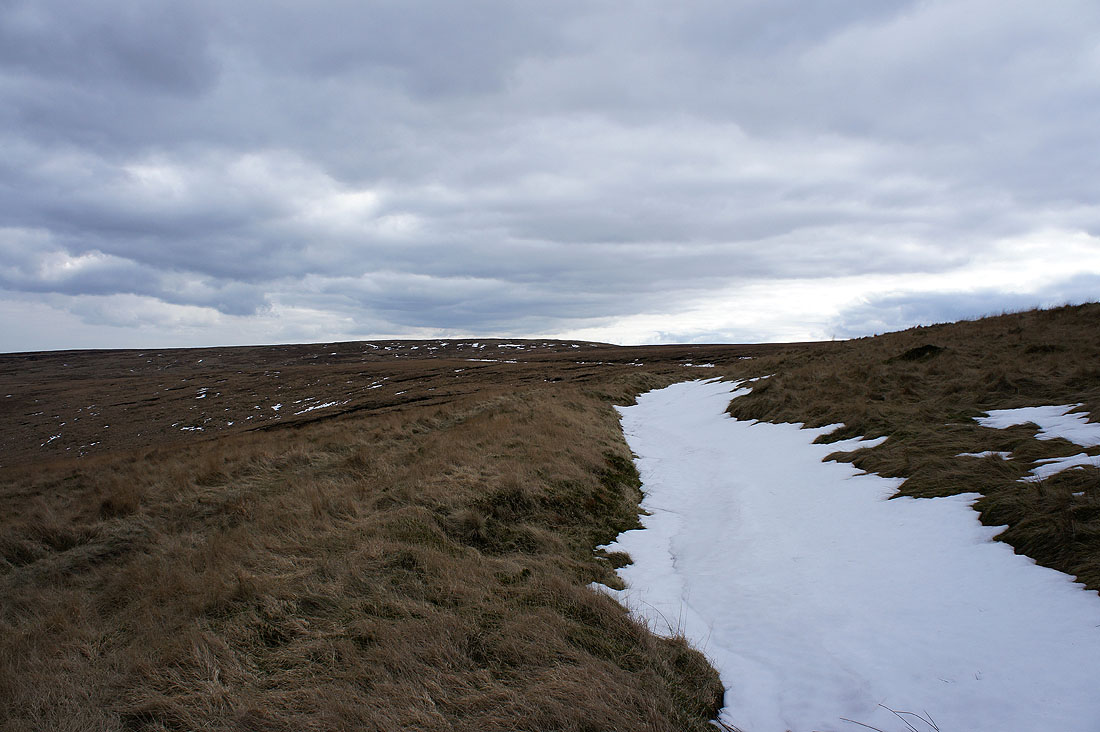 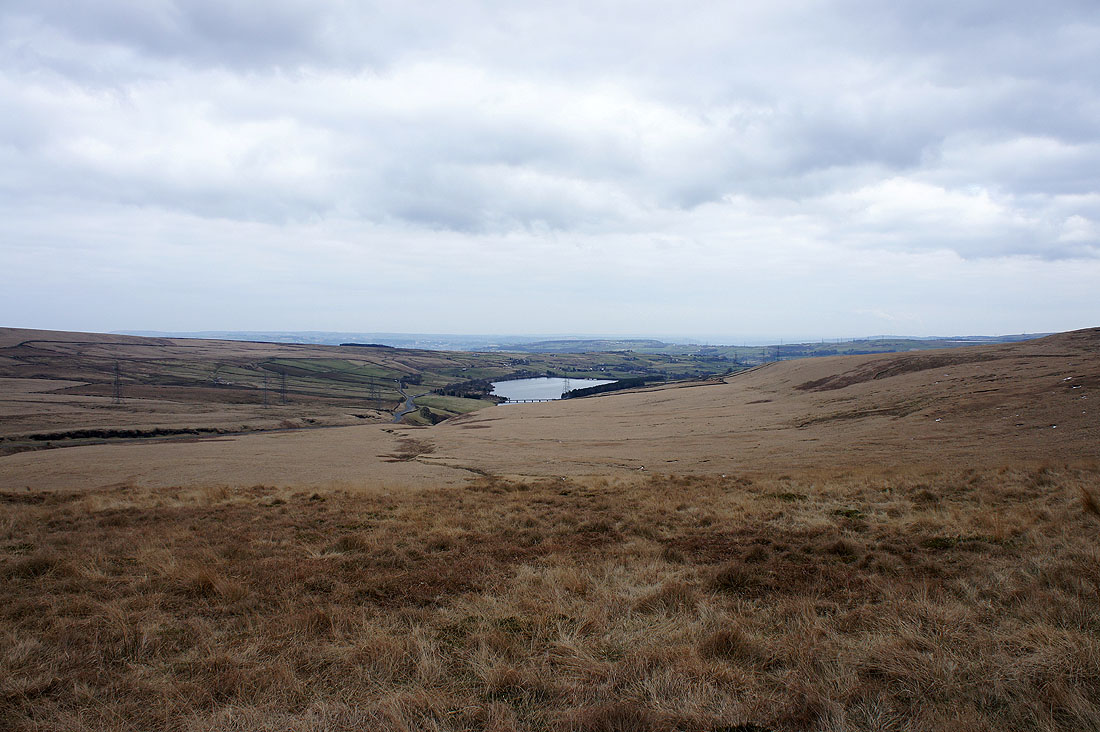 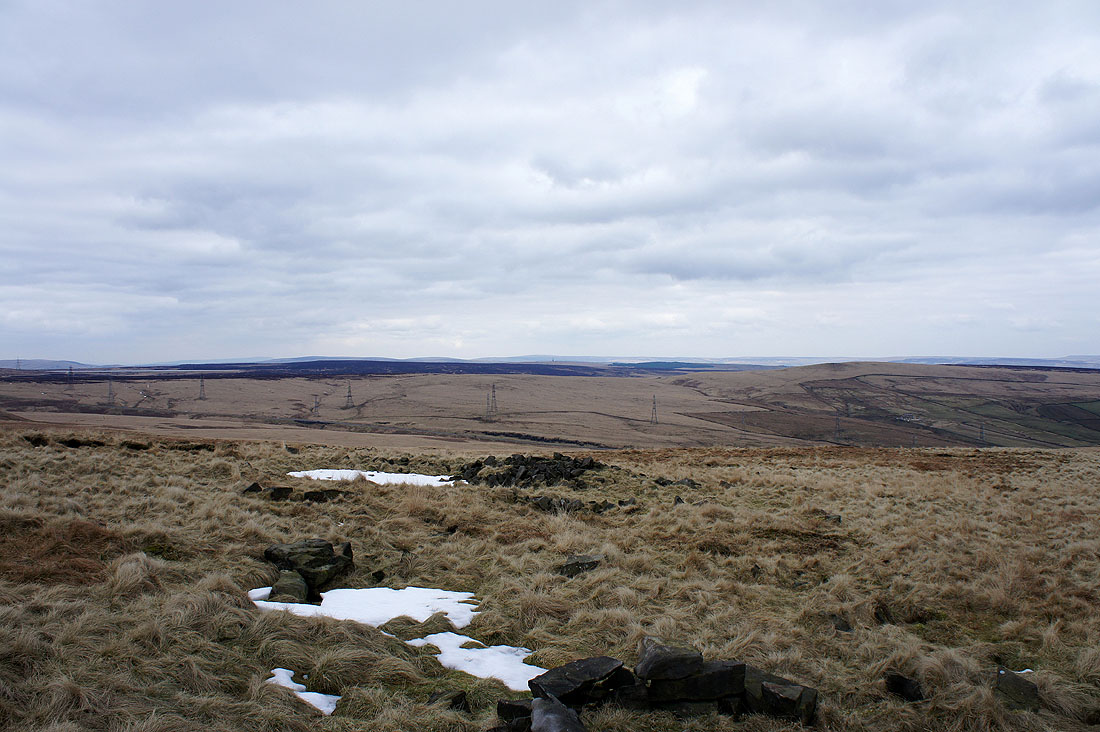 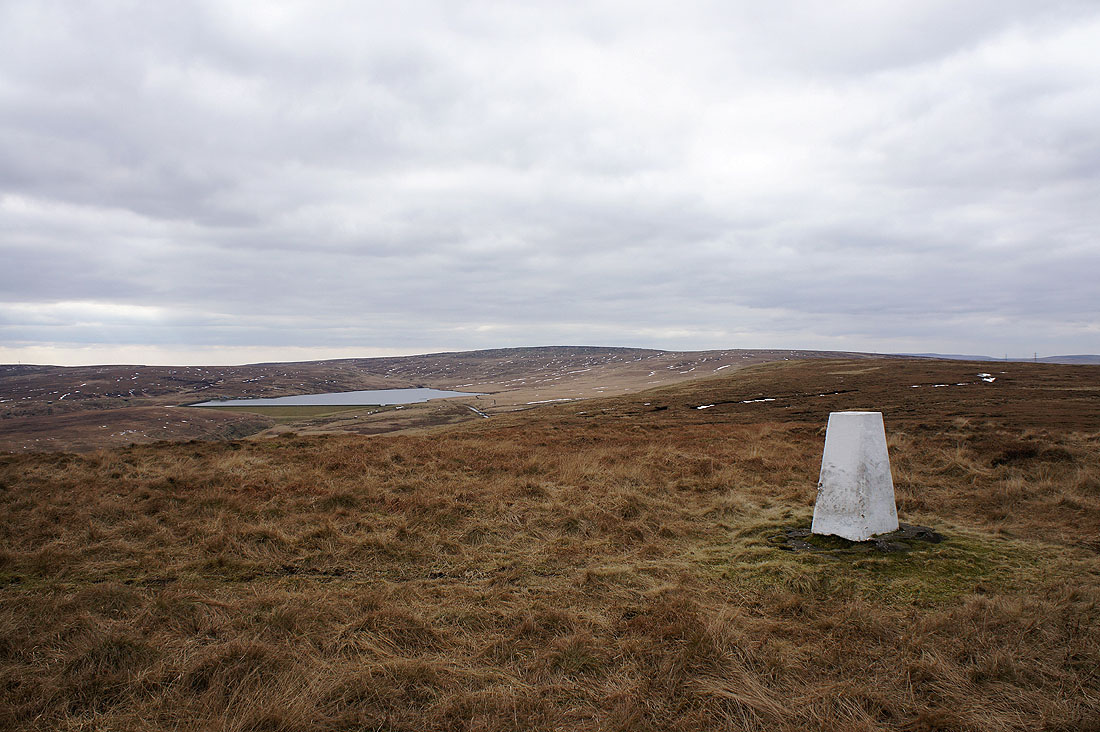 Green Withins Reservoir and Blackstone Edge from the trig point on Dog Hill, the high point of Rishworth Moor 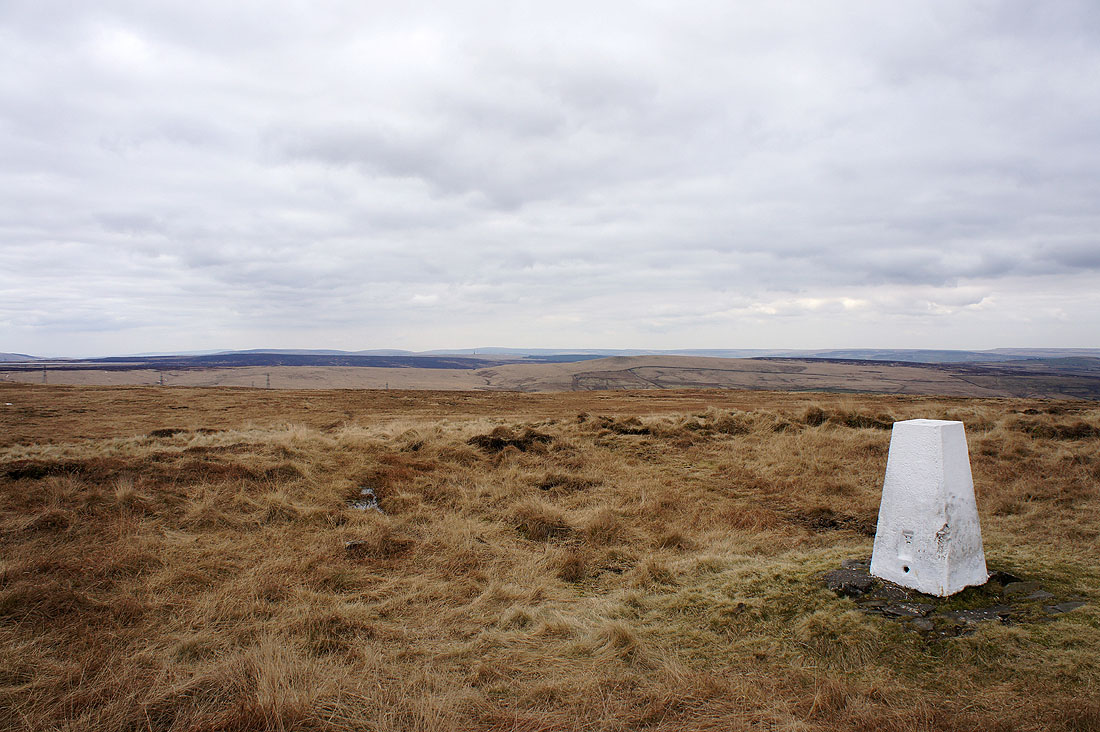 To the north is Higher House Moor, Manshead End and the moors around Calderdale with the high point in the far distance in the middle of the picture, Boulsworth Hill 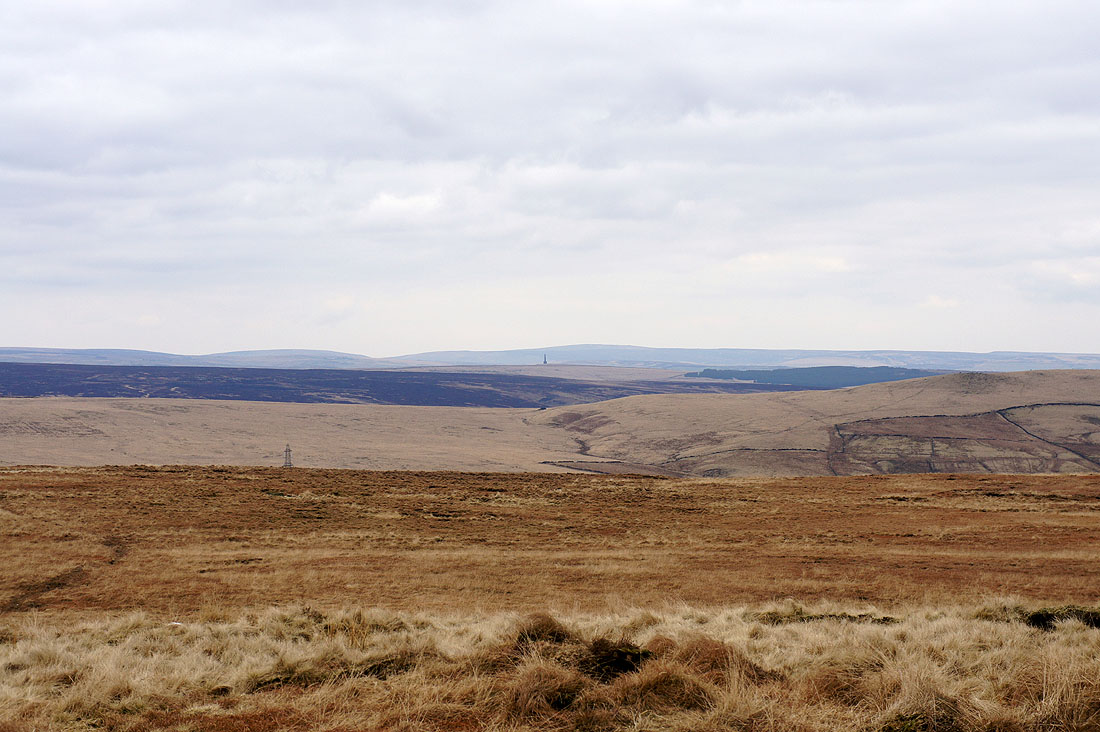 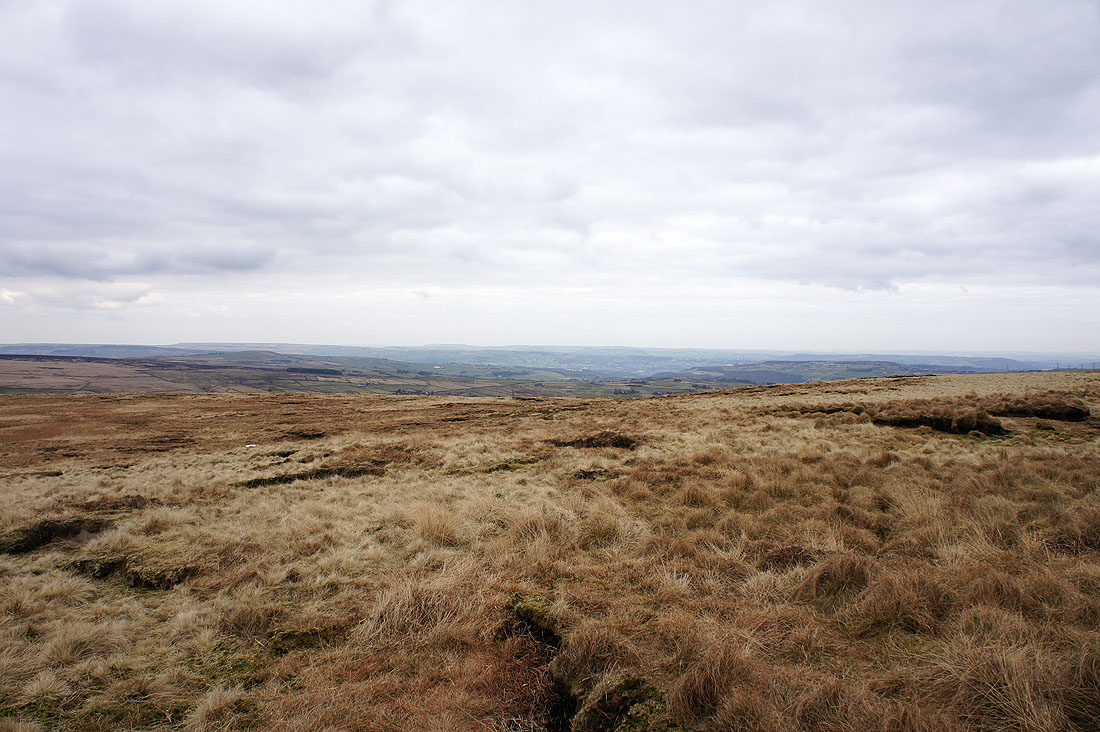 Looking down the valley of the River Ryburn towards Ripponden 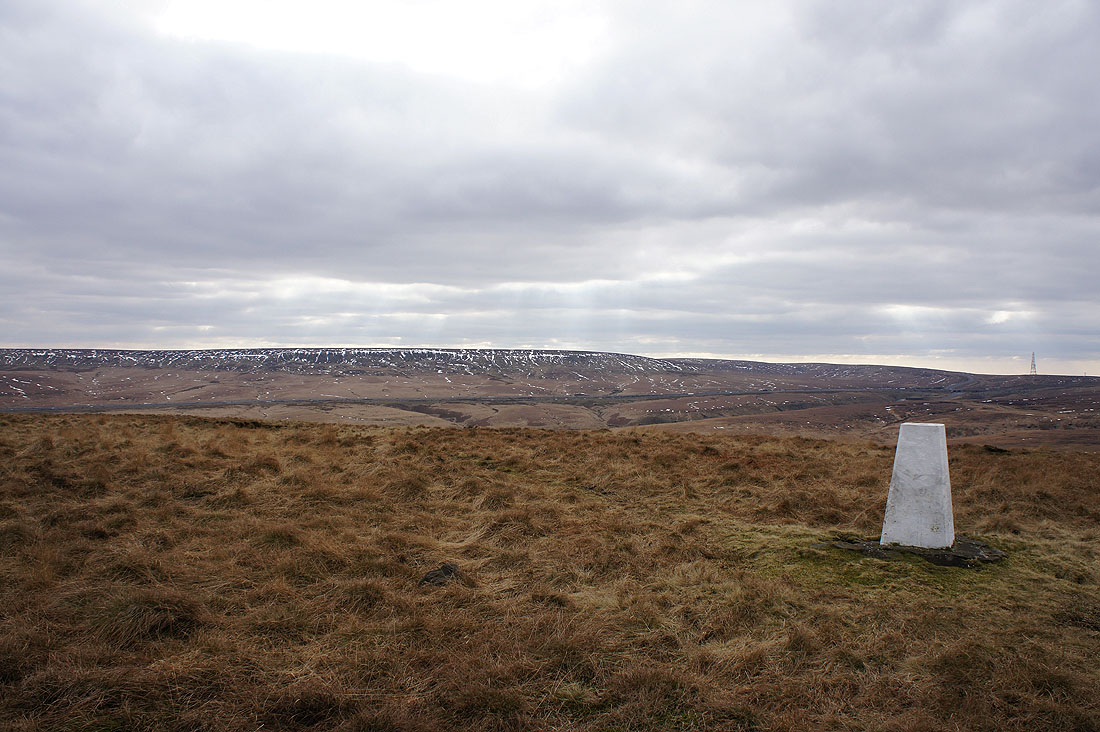 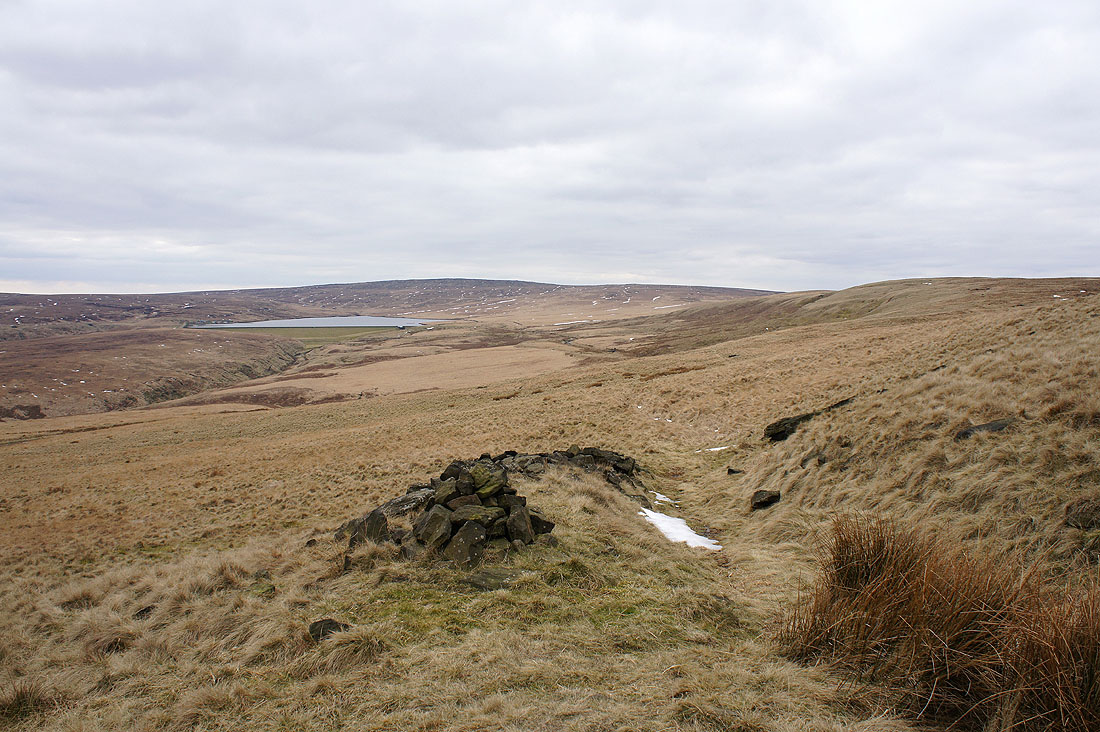 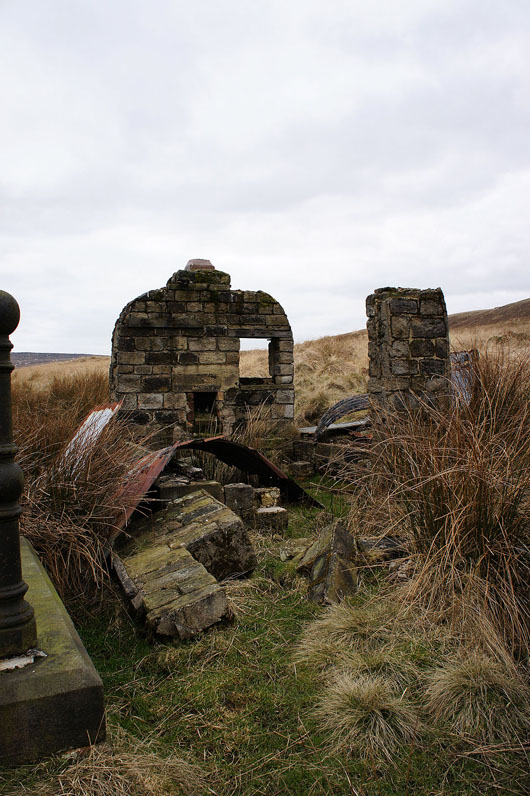 The path joins a catchwater drain and there were a few of these ruined buildings alongside it. I wonder if they were huts built as a form of shelter for the workmen who built the drain and reservoir. The standing back wall has a small hearth with a chimney above it. 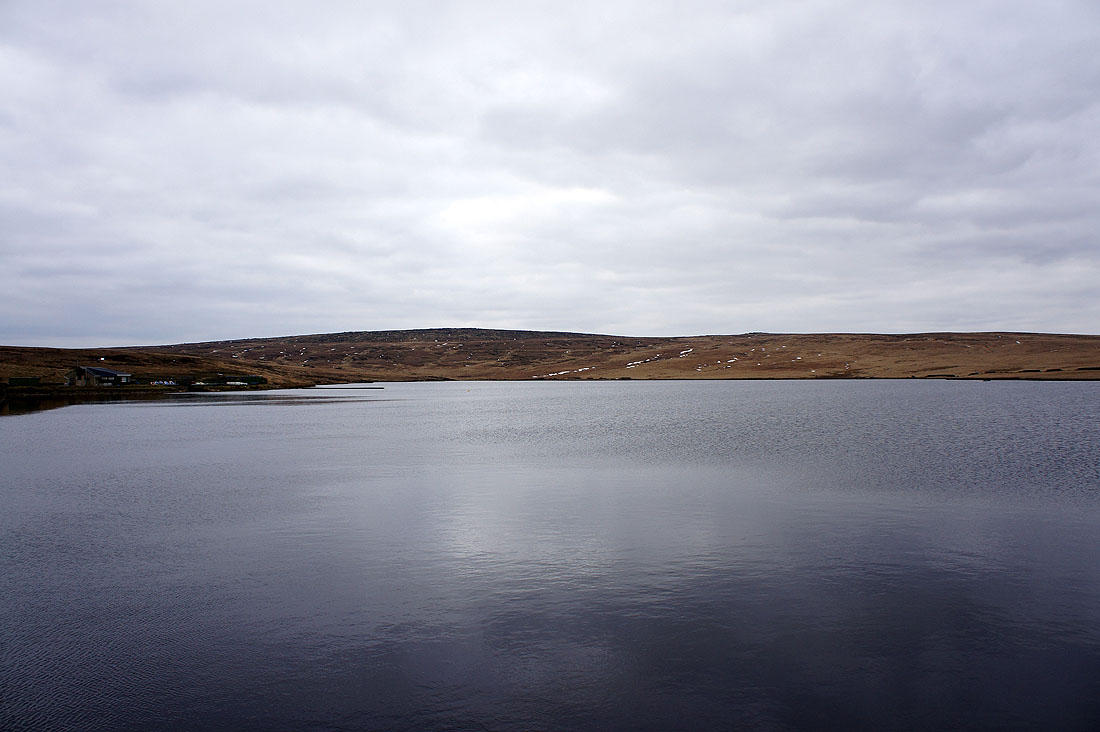 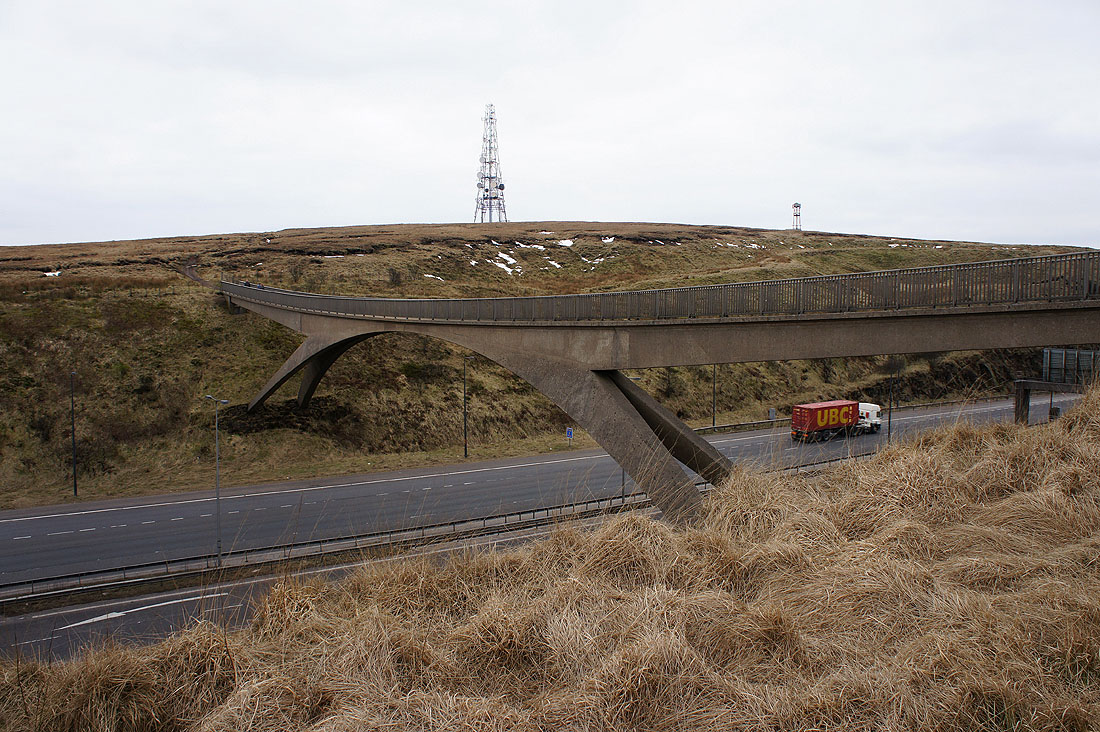 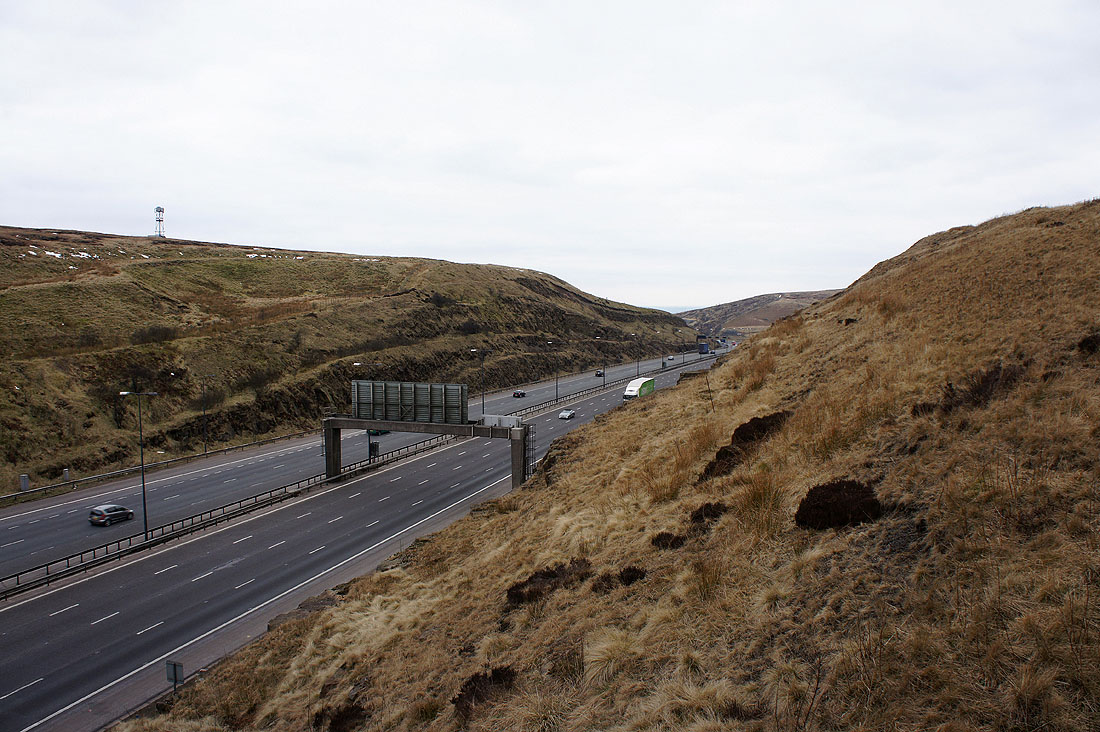 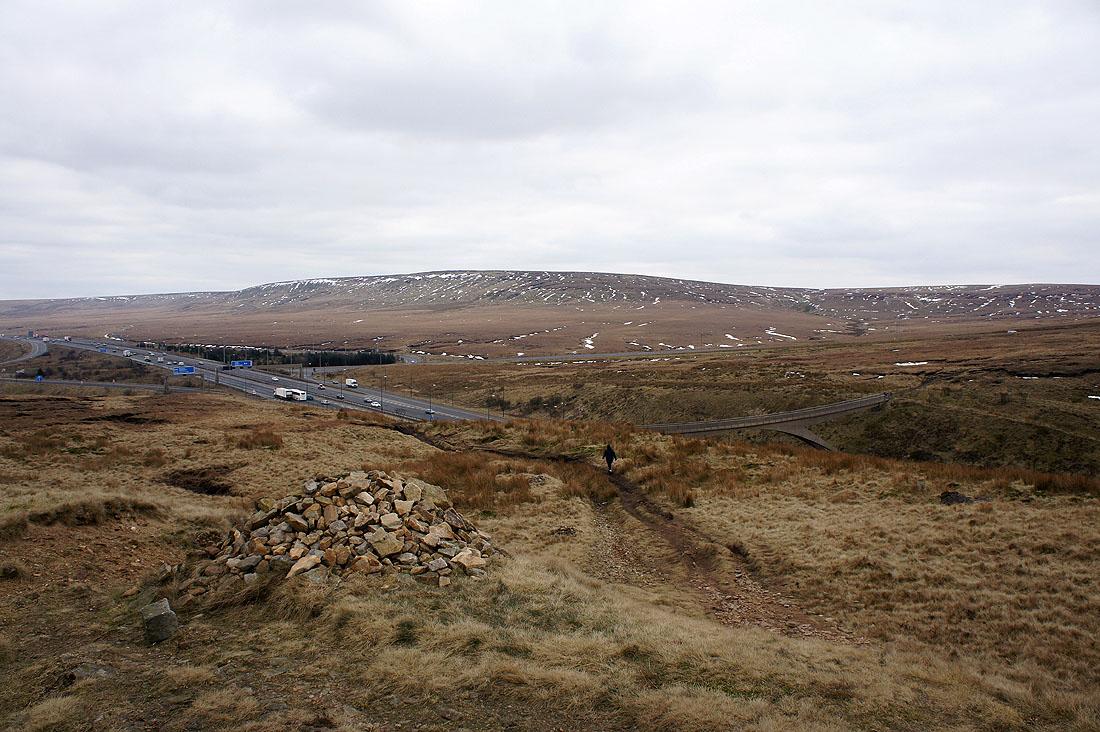 ..east with Moss Moor and Way Stone Edge in the background 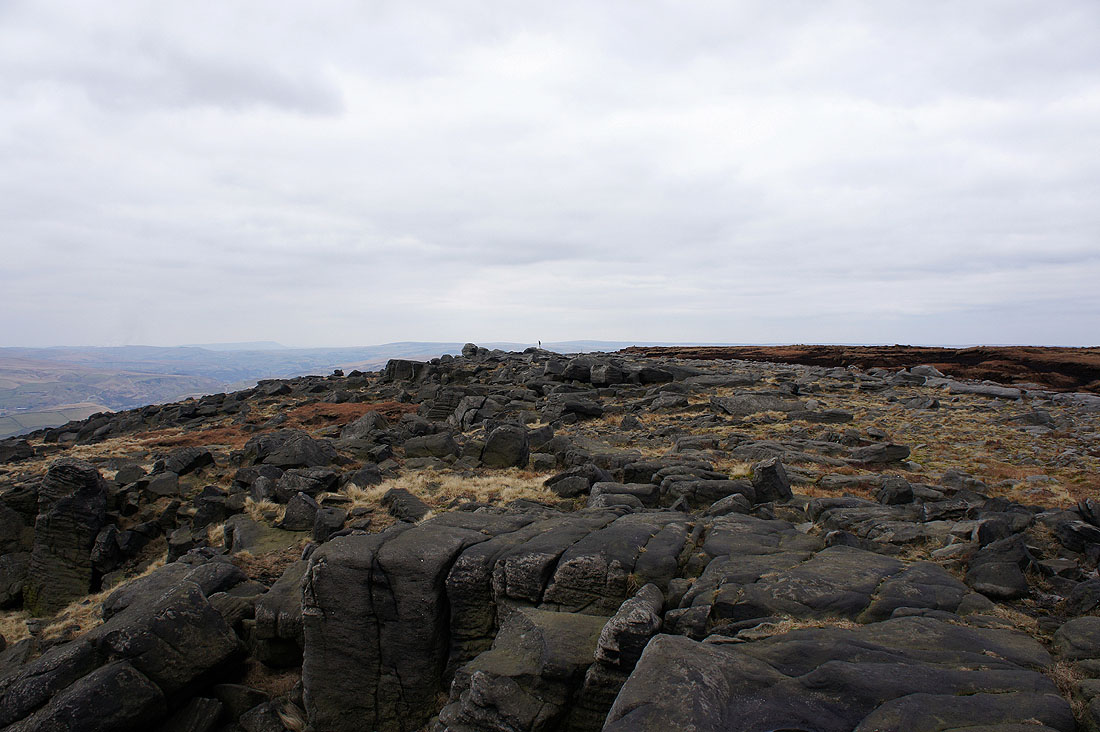 On Blackstone Edge with the trig point ahead 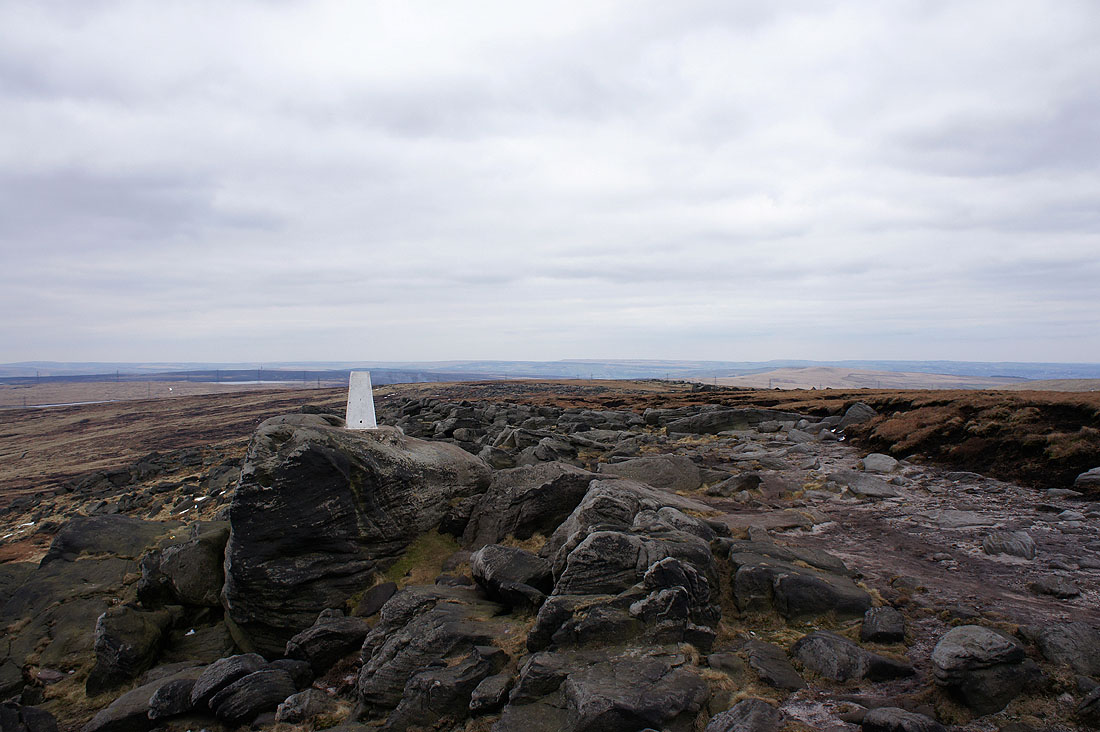 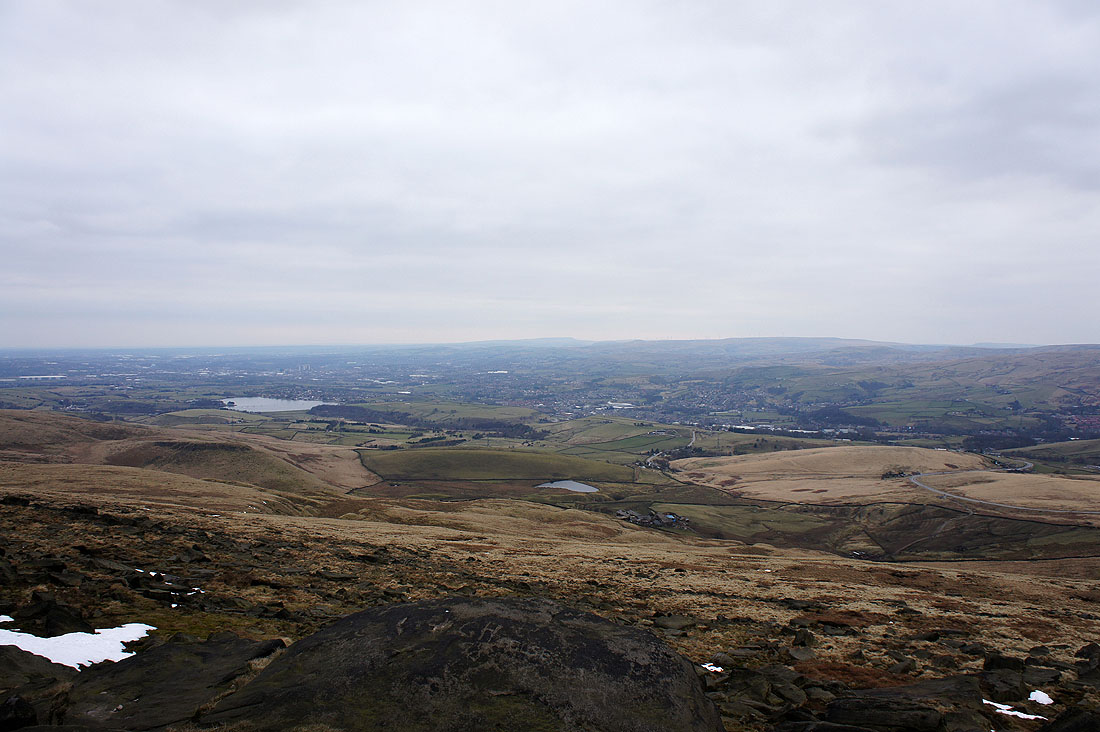 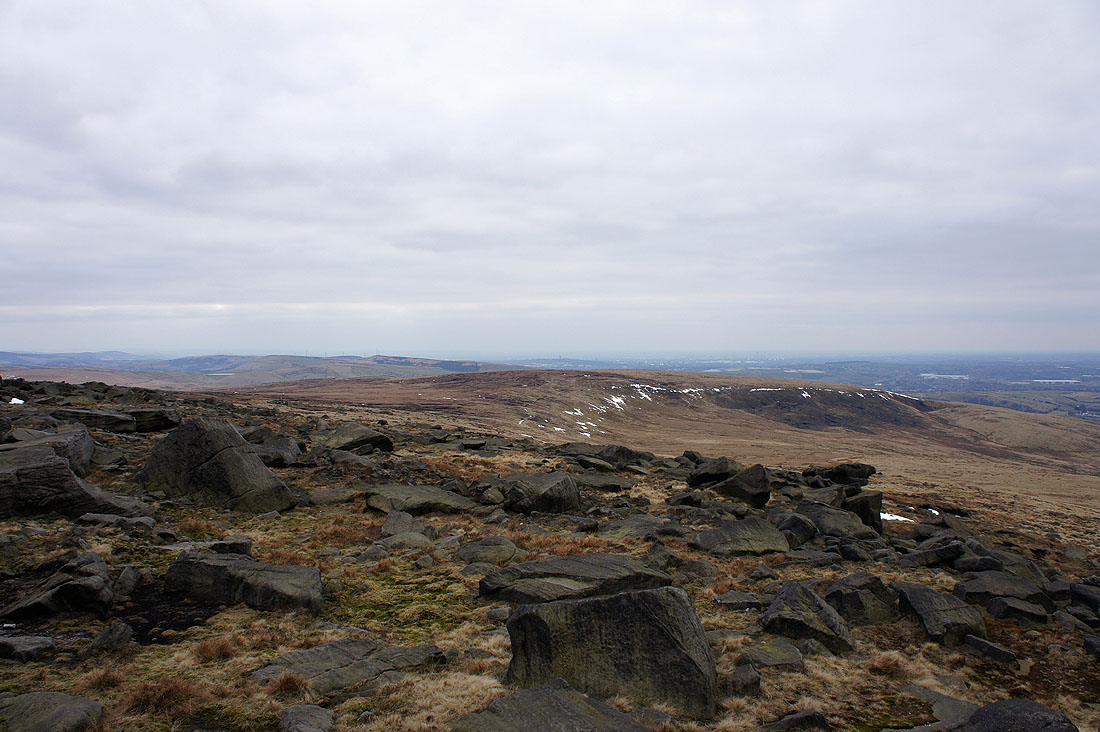 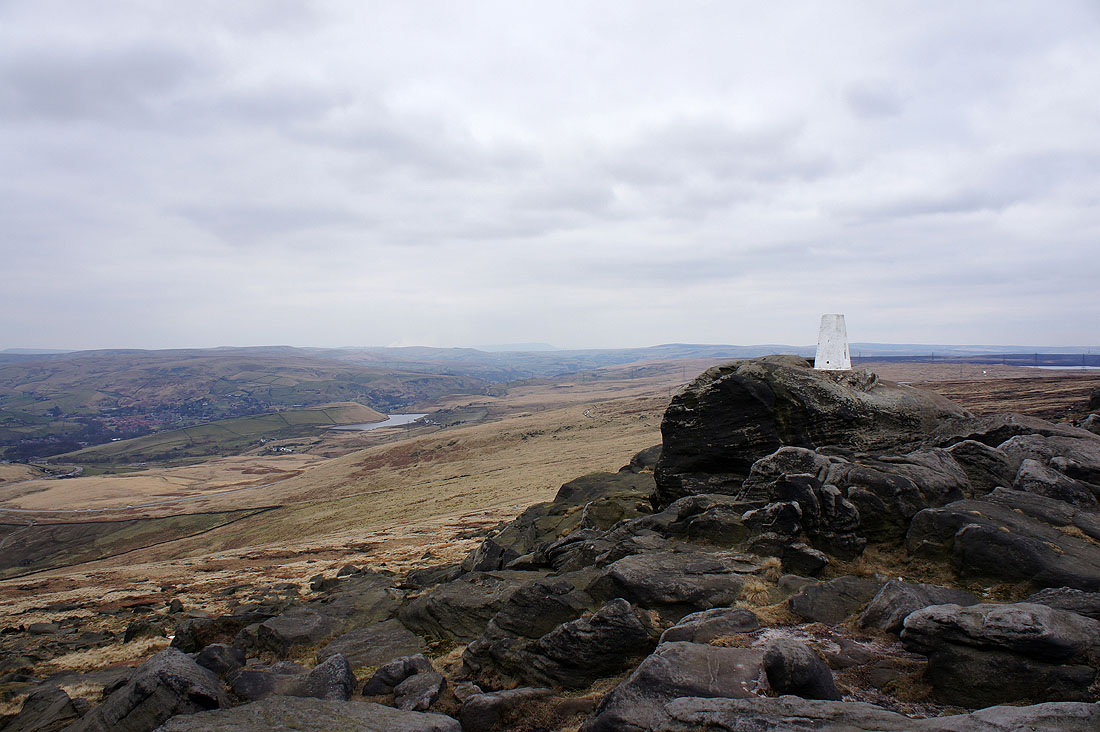 The Summit gorge to the northwest allows.. 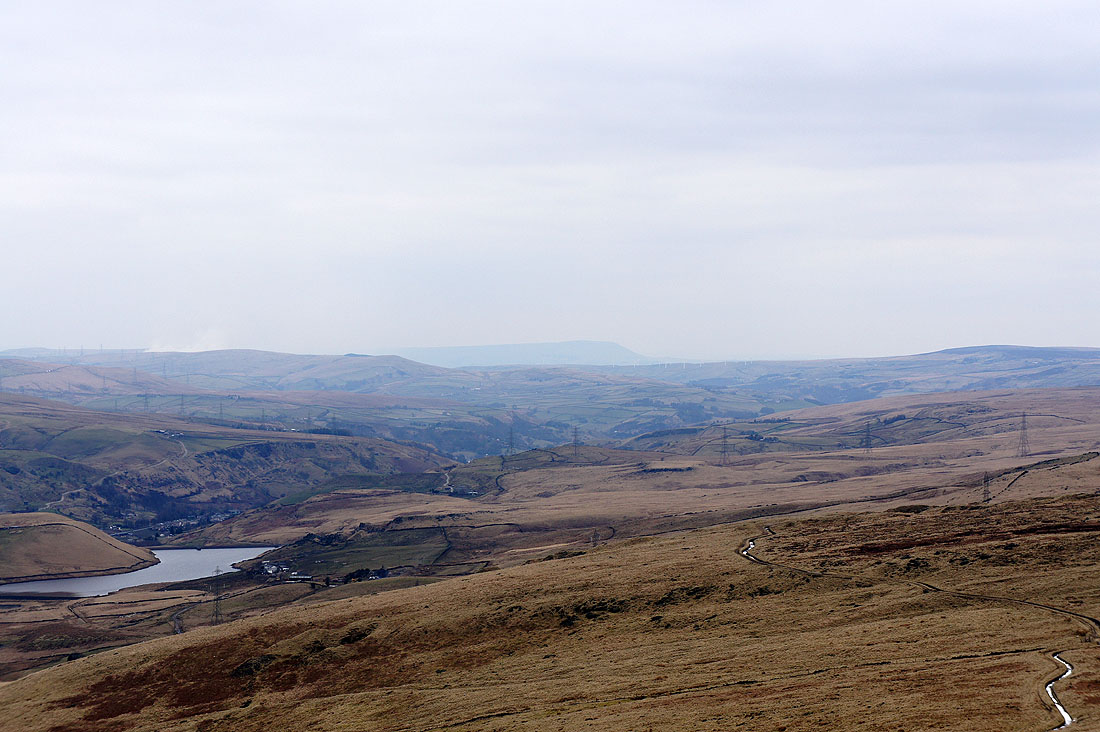 ..Pendle Hill to be seen in the distance 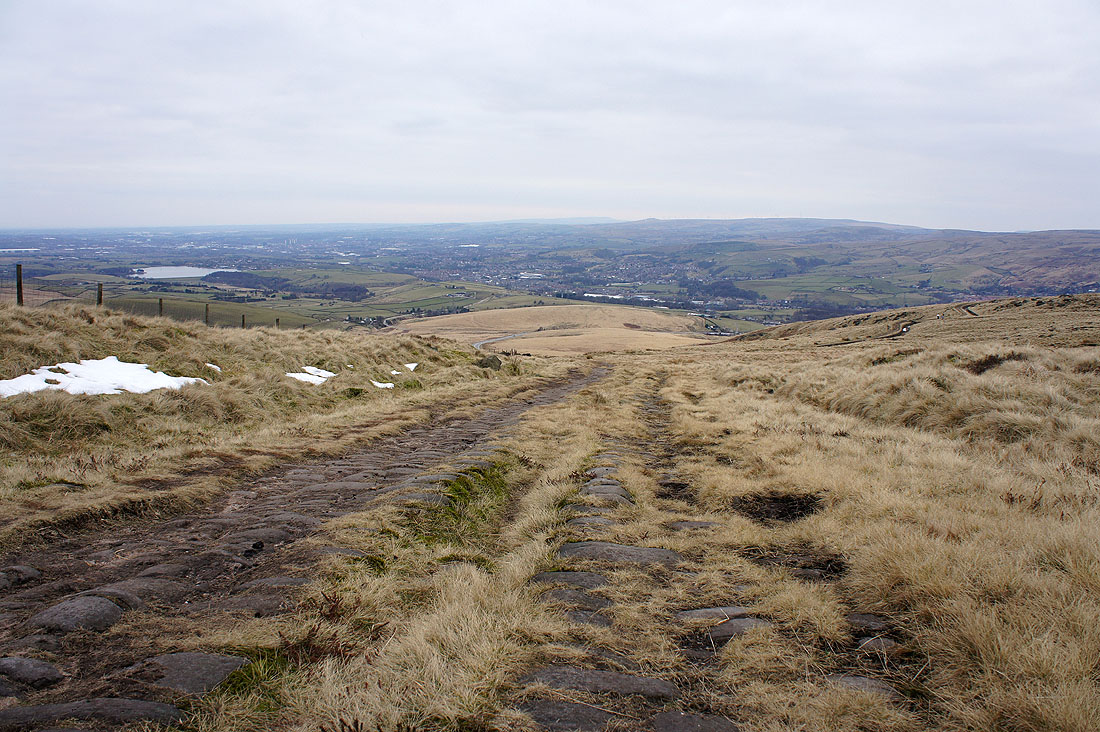 This is a short section of what is marked on the OS map as a "Roman Road". There is some debate about this however and that it could be the remains of a "causey", a packhorse trail. Either way, they're worth looking at and imagining the travellers that used it in days long ago. 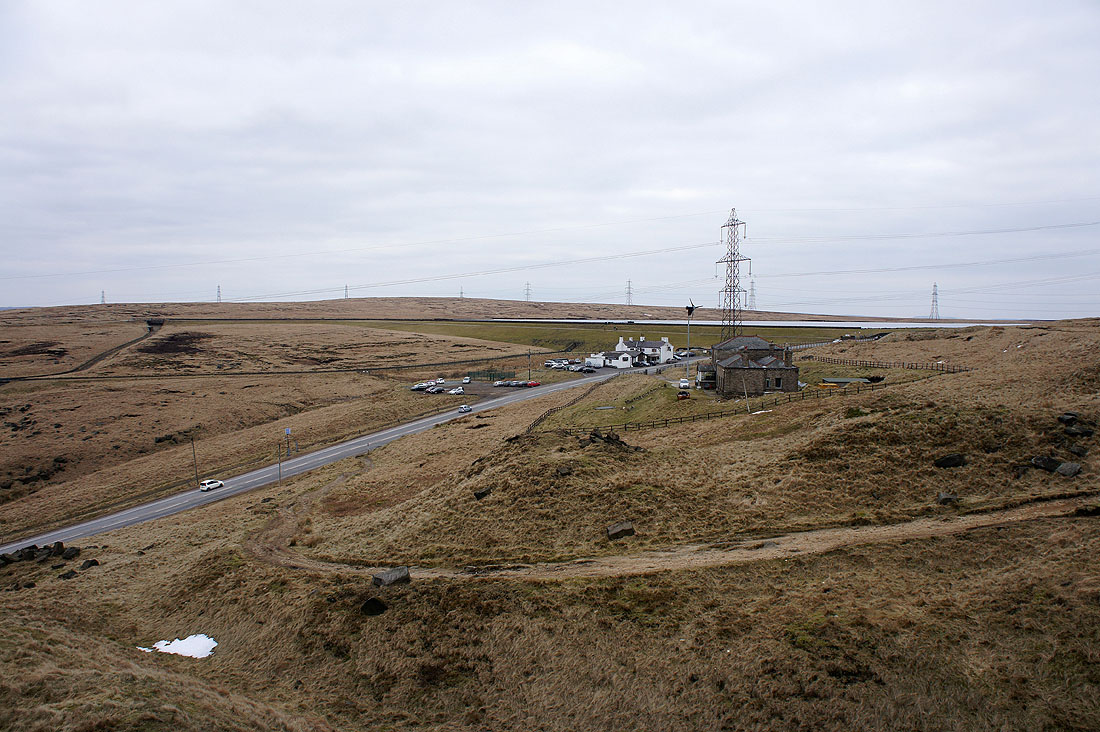