It may not be much to look at on the map but this bit of limestone country above Ribblesdale is one of my favourite bits of the Yorkshire Dales (of those I'm familiar with). I think it's the combination of low limestone hills and the views of Ingleborough and Penyghent that does it for me. Plus, there's the added attraction of Elaine's Tearooms in Feizor, well worth a visit. It was one of those relatively quiet winter days between spells of wet and windy weather.

From the car park in Langcliffe I made my way out to the Horton road and then down the narrow lane to the footbridge over the Ribble next to the weir at Stackhouse. I then followed the Ribble Way upstream to Stainforth Bridge. Here I left the Ribble behind and I walked up the road to Little Stainforth and onto the footpath across to Feizor. Below Smearsett Scar I left the path and crossed a couple of walls via ladder stiles to climb uphill and reach the trig point on the top of Smearsett Scar. A short walk and I was on Pot Scar. I then made my way down to reach the bridleway to Feizor. After having something to eat and drink at Elaine's Tearooms in Feizor I followed the bridleway and footpath back to Stackhouse. I then crossed the Ribble back to Langcliffe.
Route map 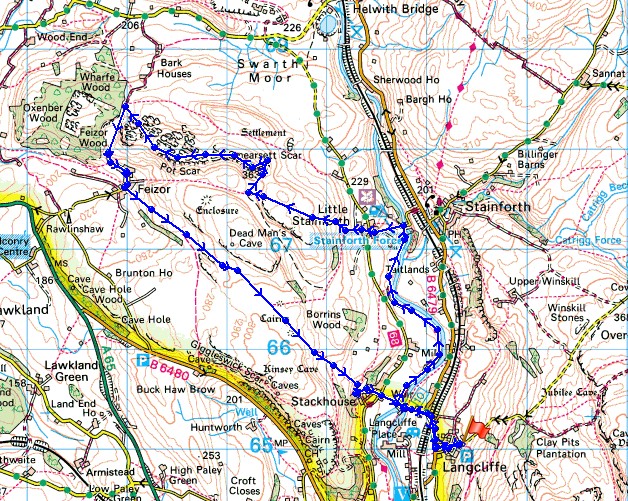 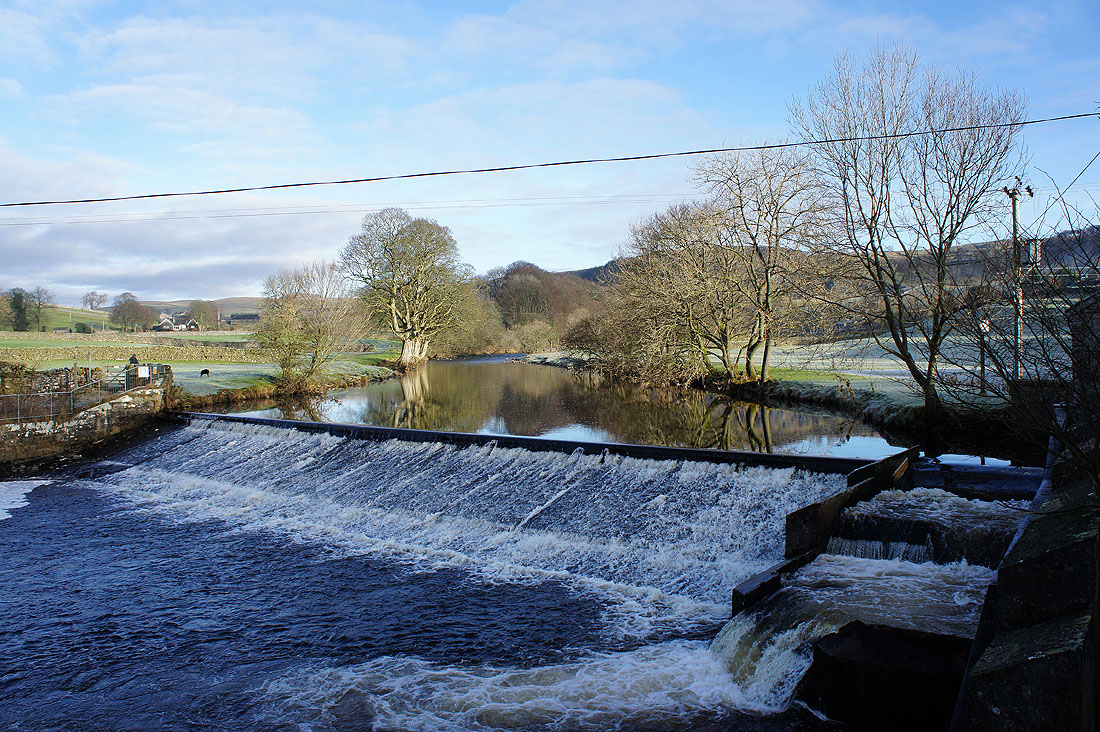 Reflections as I cross the footbridge over the Ribble at Stackhouse 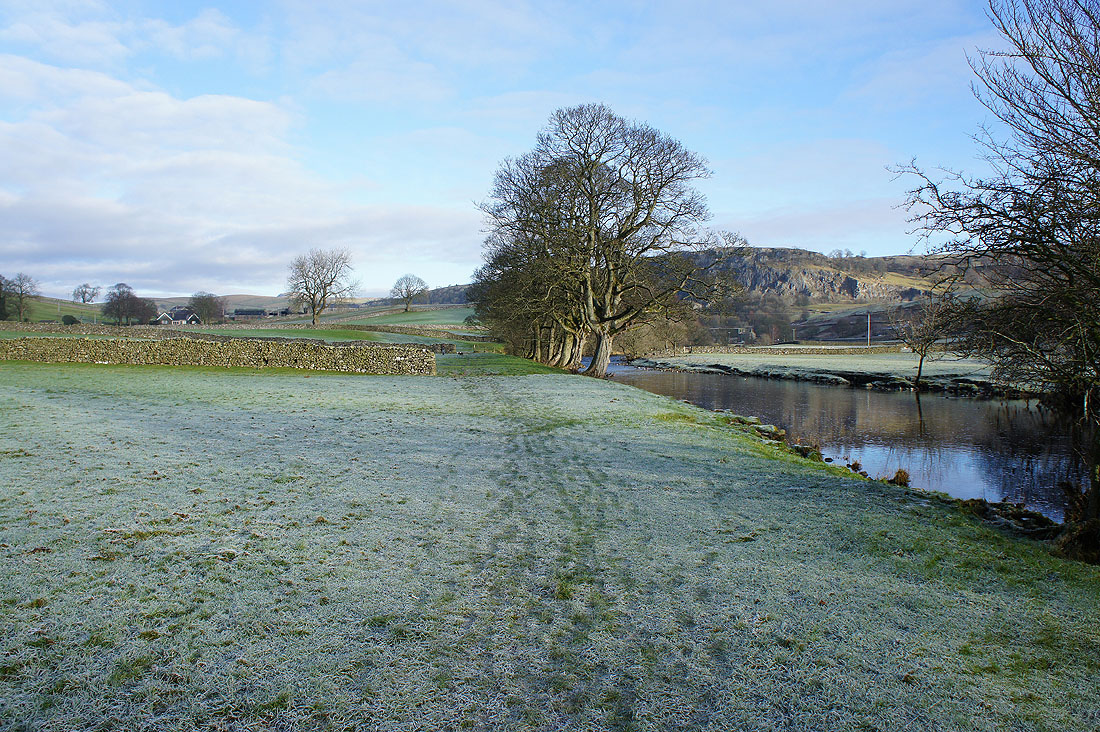 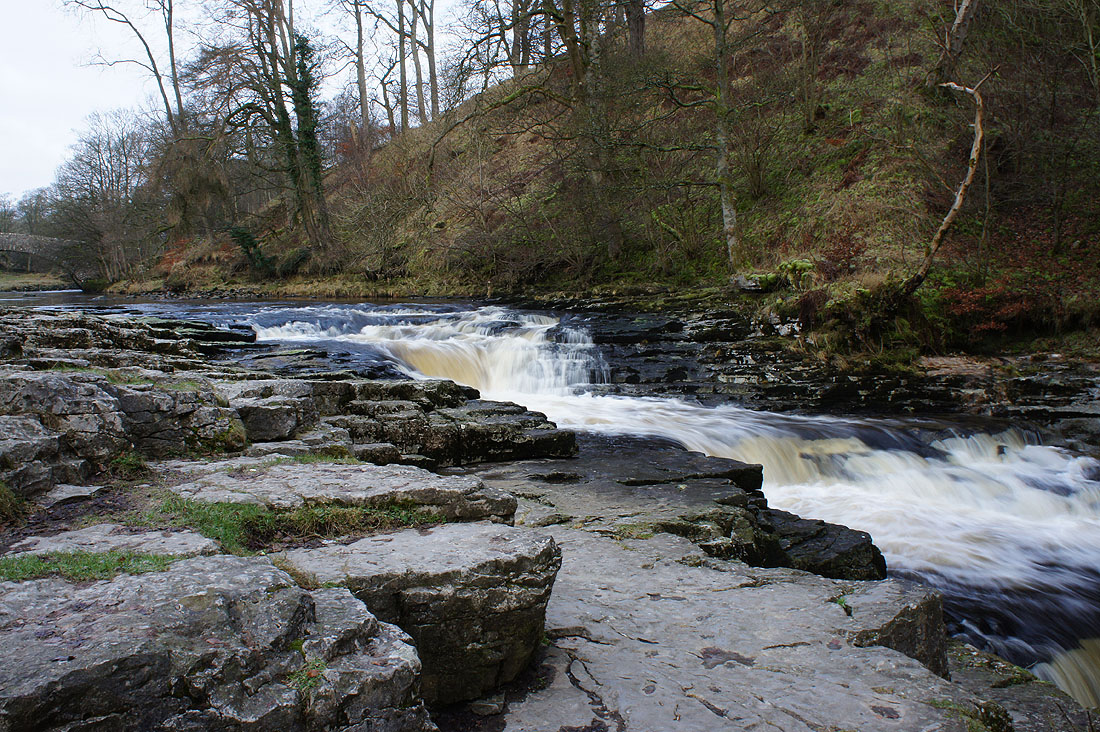 The waterfall of Stainforth Force.. 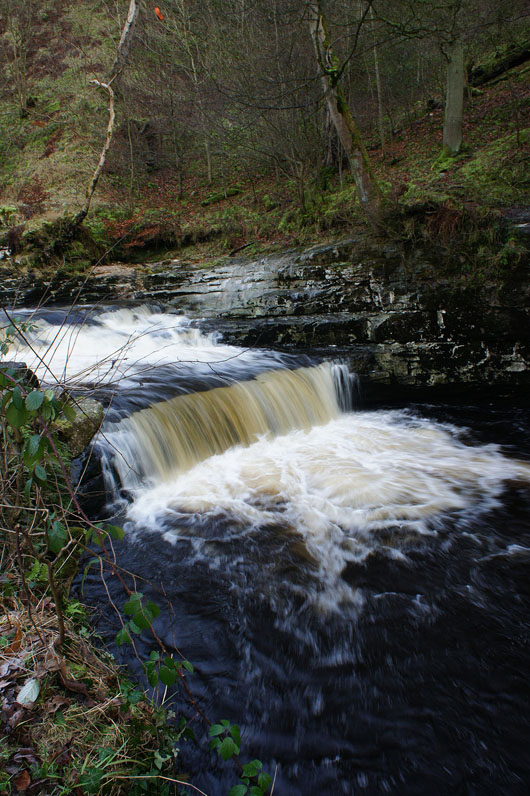 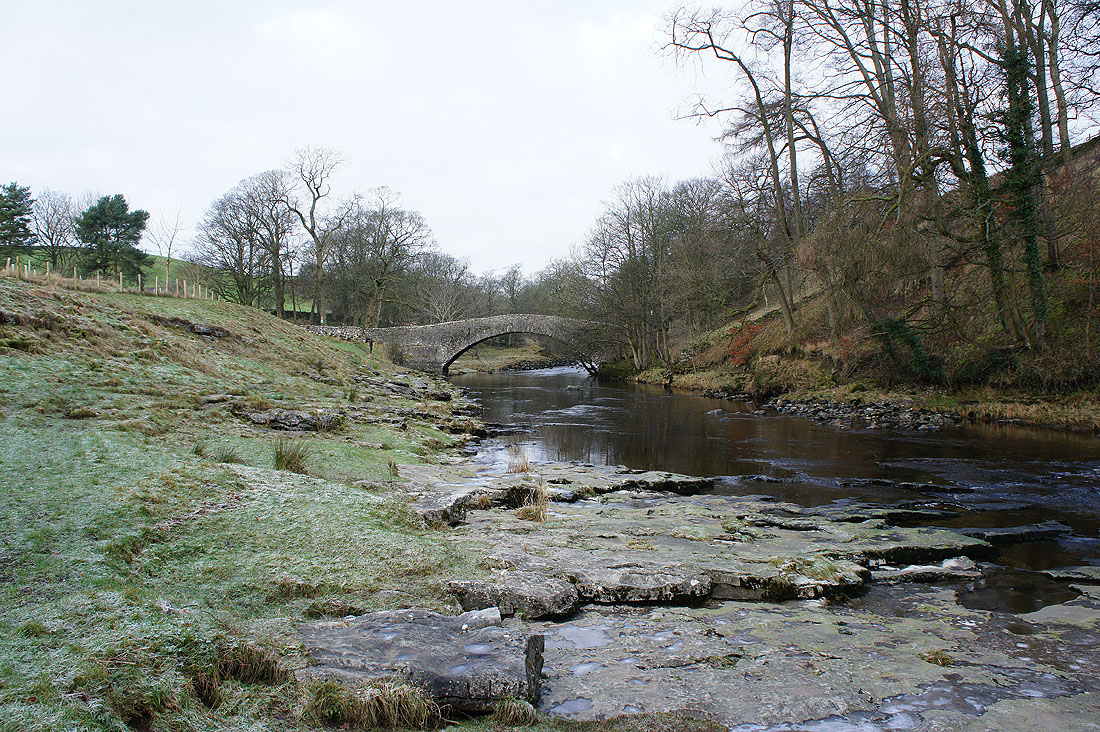 Stainforth Bridge ahead, where I'll leave the river behind 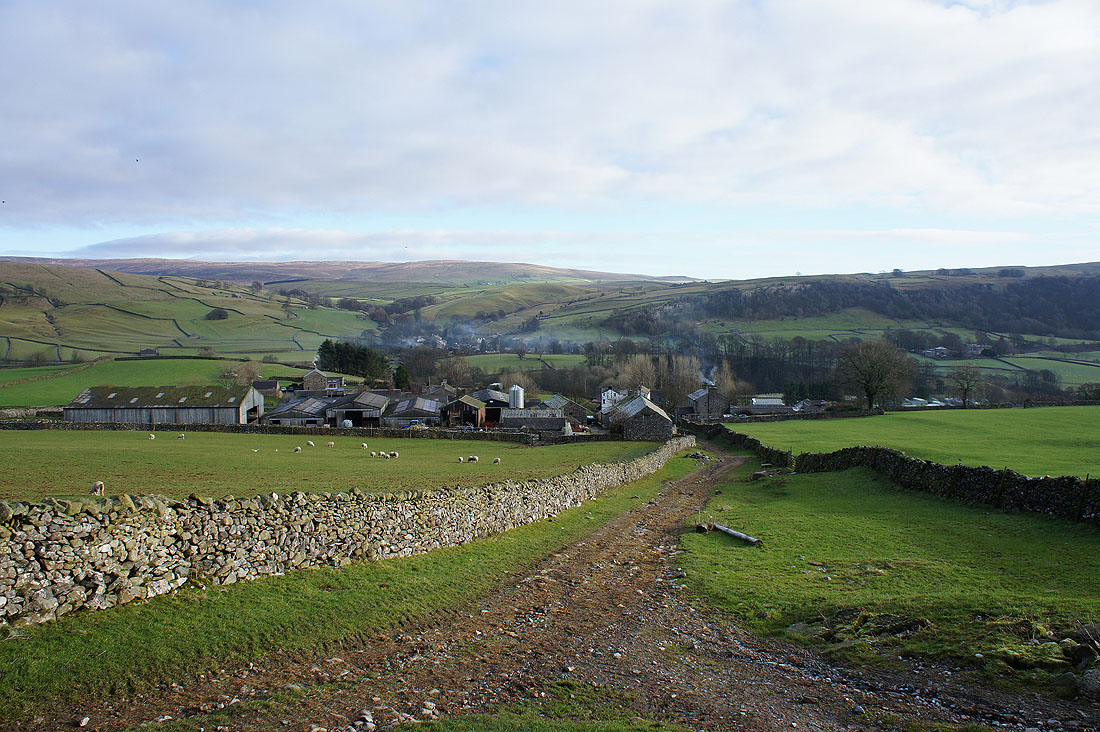 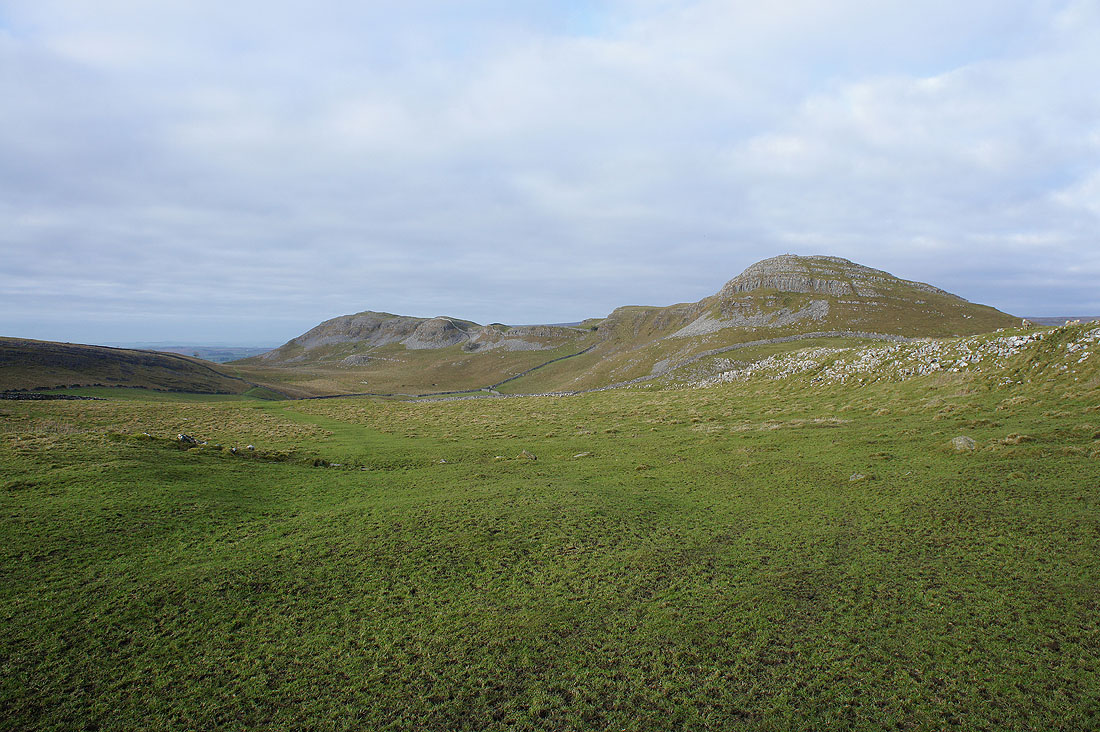 and at the top of the climb, Pot Scar and Smearsett Scar come into view 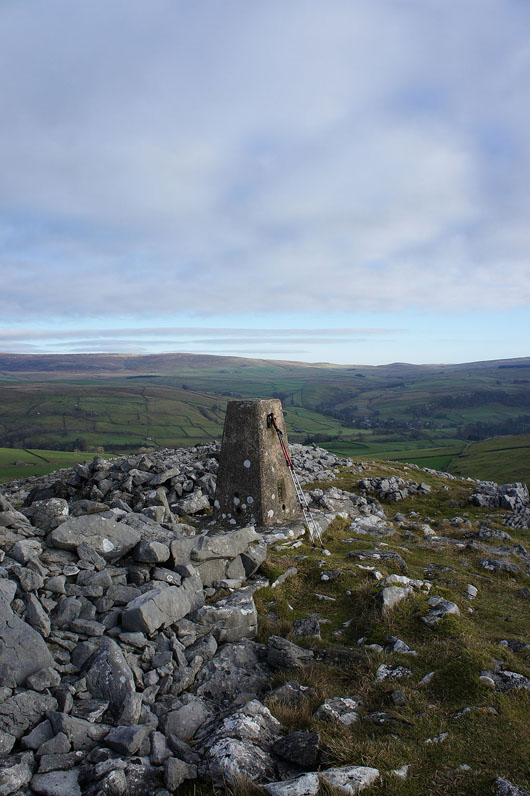 The trig point on Smearsett Scar 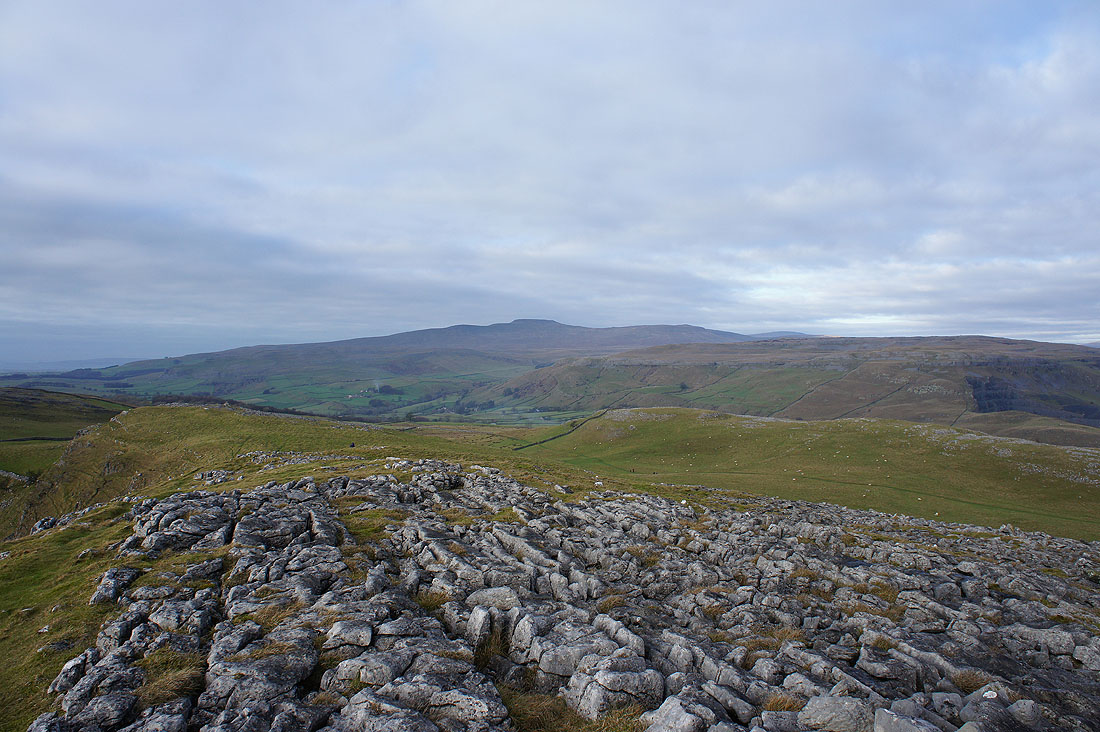 Great all round views from the top of Smearsett Scar. Looking over Crummack Dale to Ingleborough. 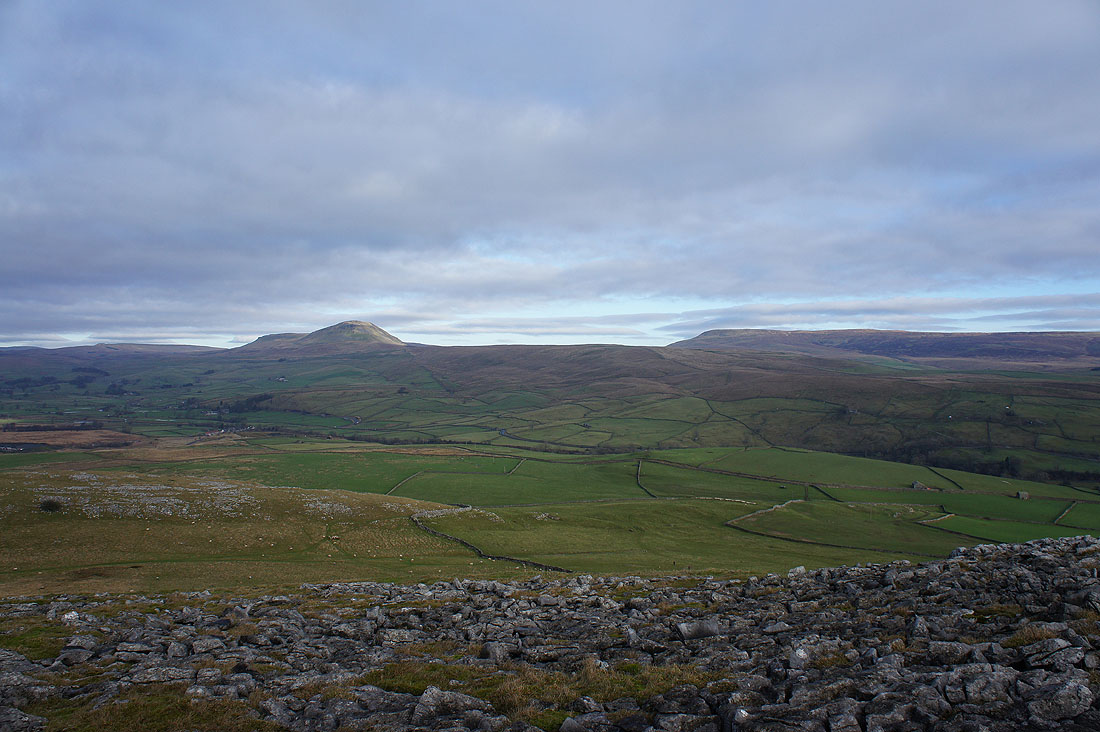 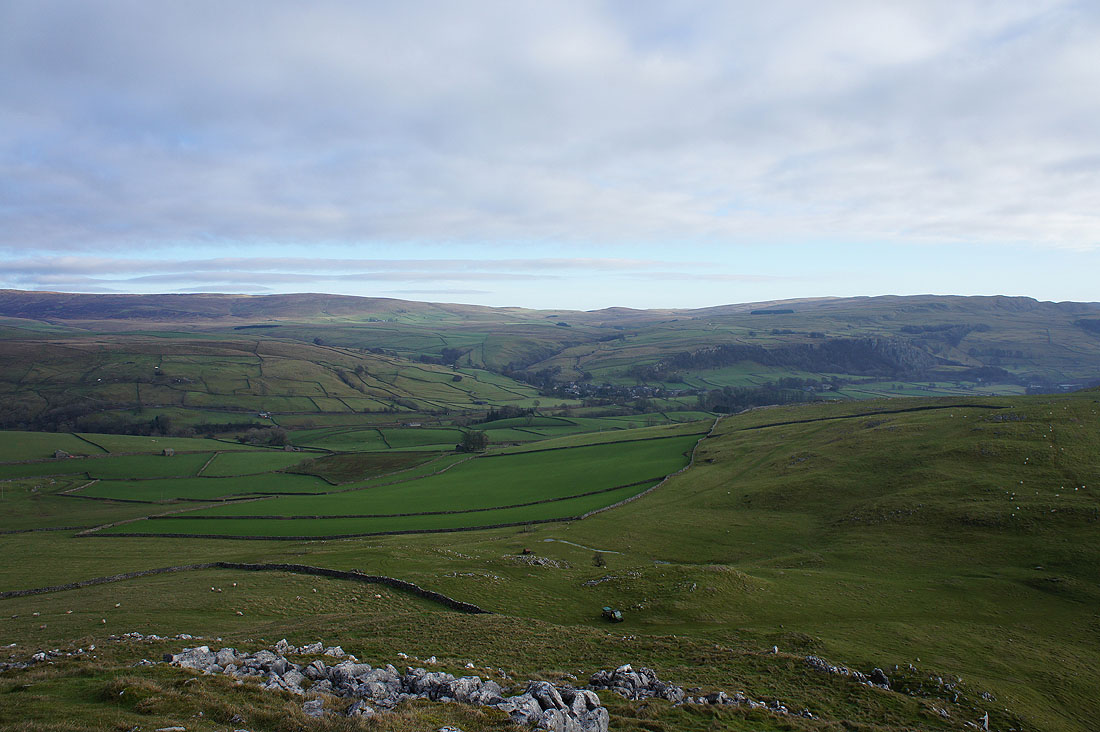 Ribblesdale and the village of Stainforth 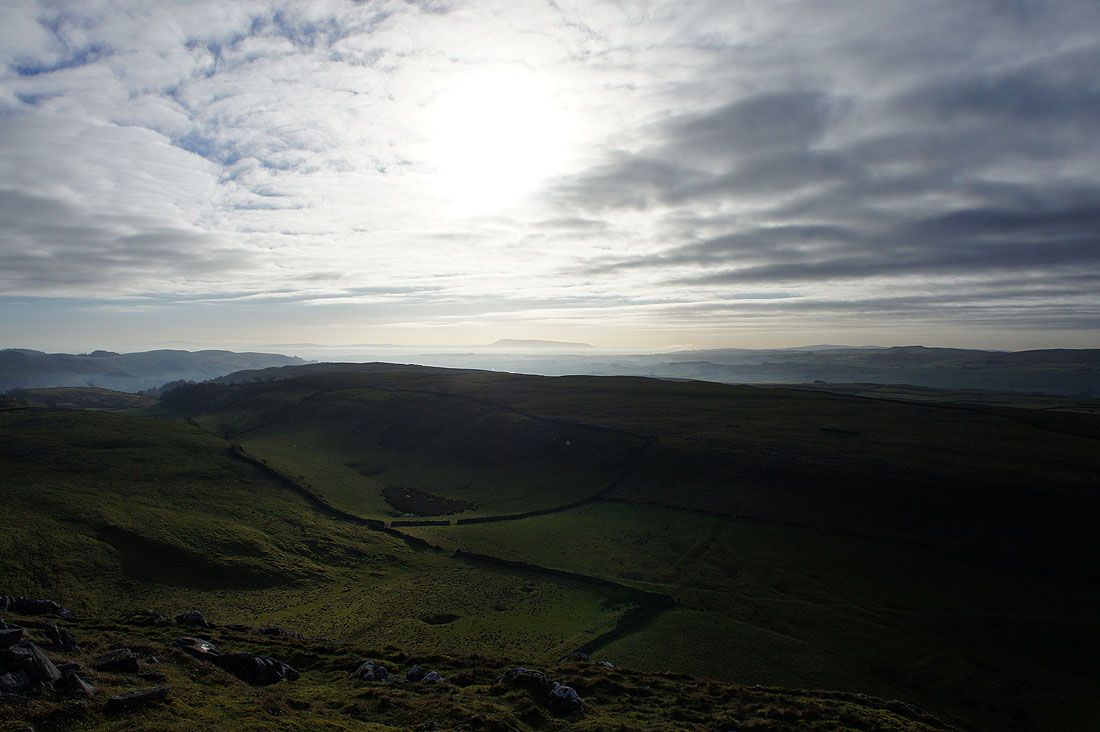 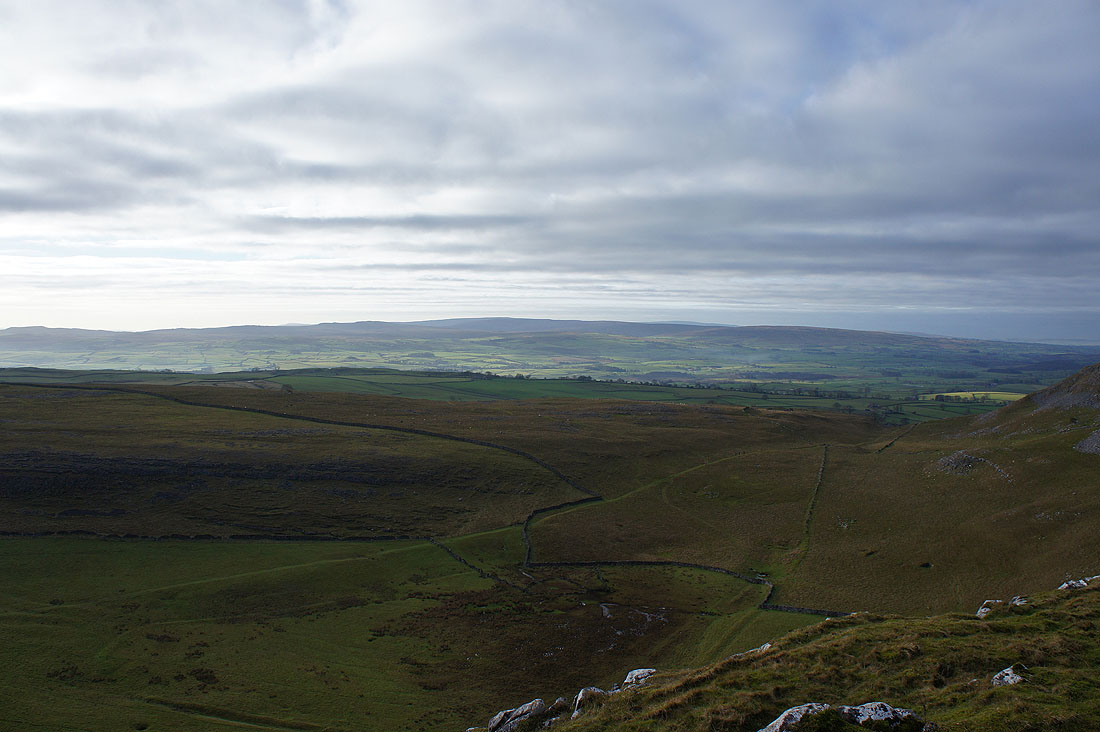 The fells of the Forest of Bowland in the distance 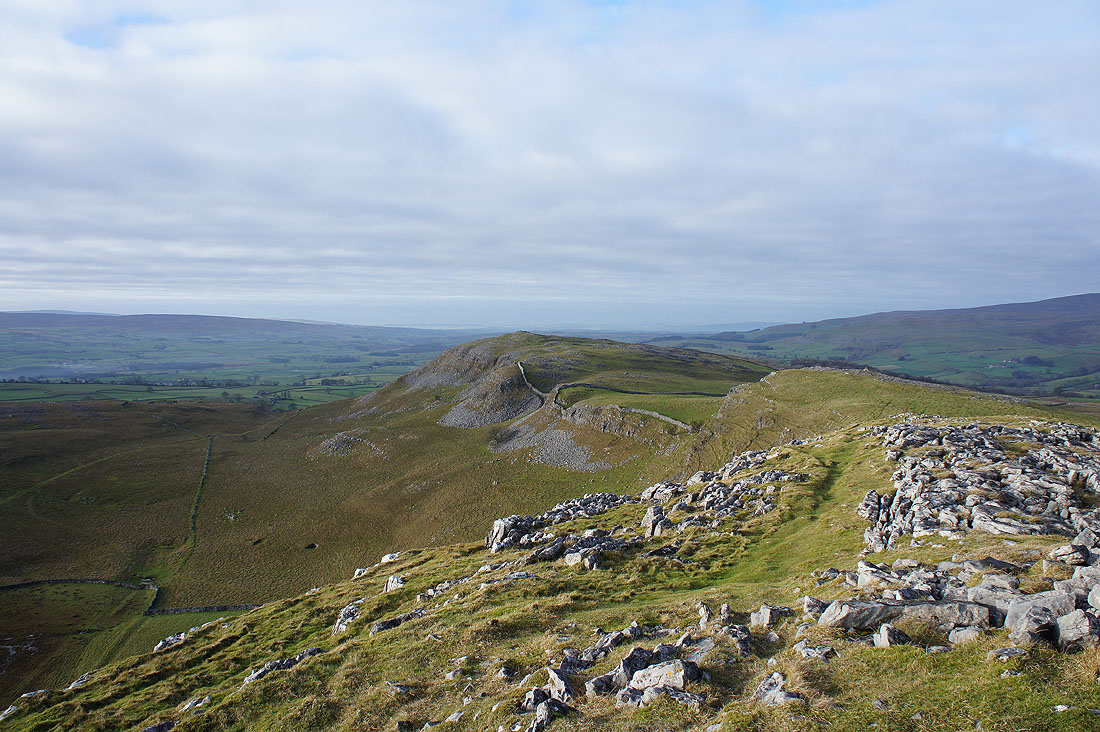 Time to head across to neighbouring Pot Scar 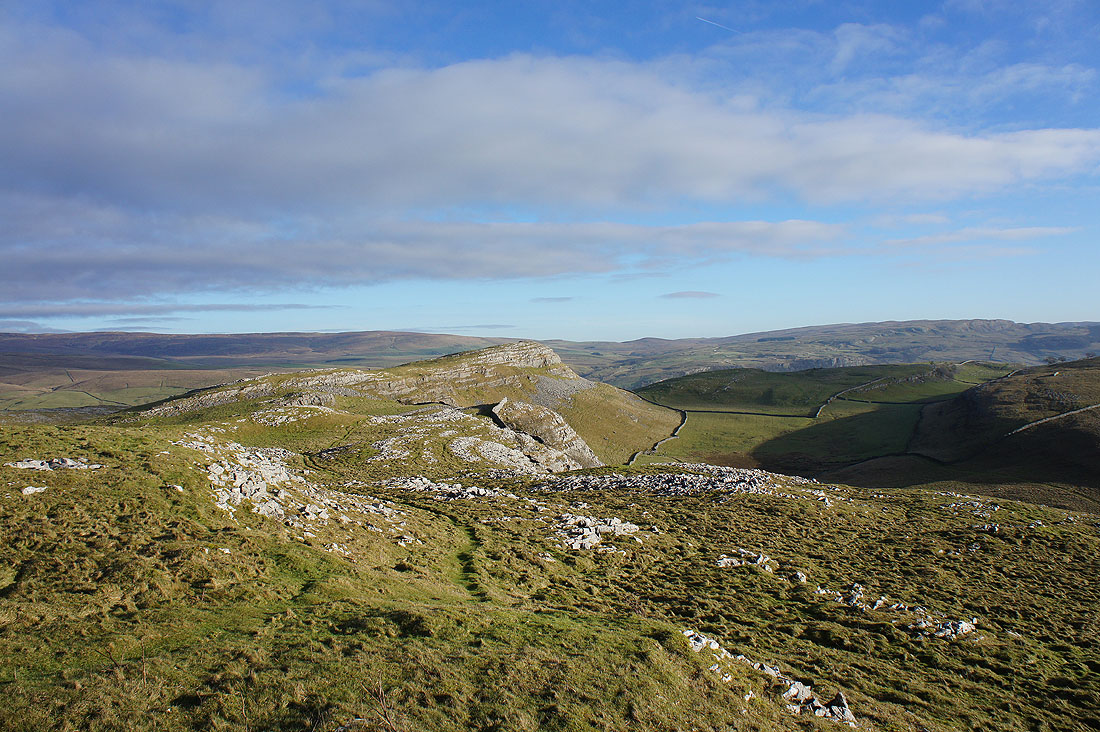 Smearsett Scar from Pot Scar. The sunshine on the limestone really brightens things up. 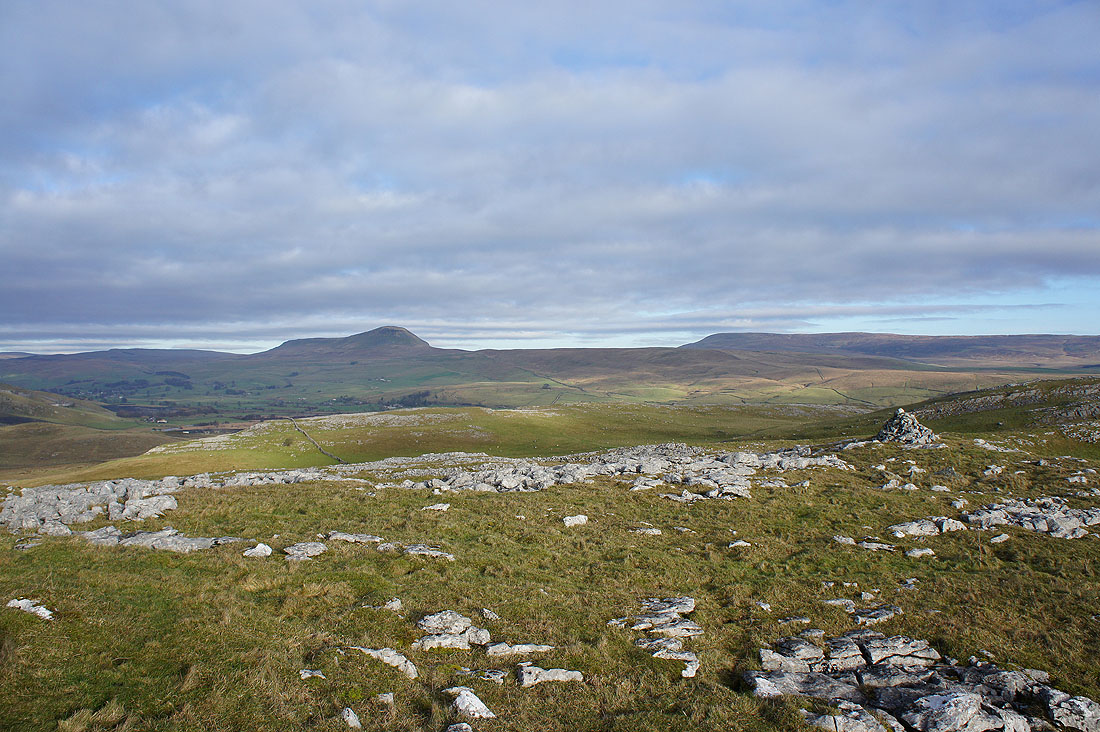 There isn't much difference in the view from Smearsett to Pot Scar but I still took a couple of shots. Penyghent and Fountains Fell. 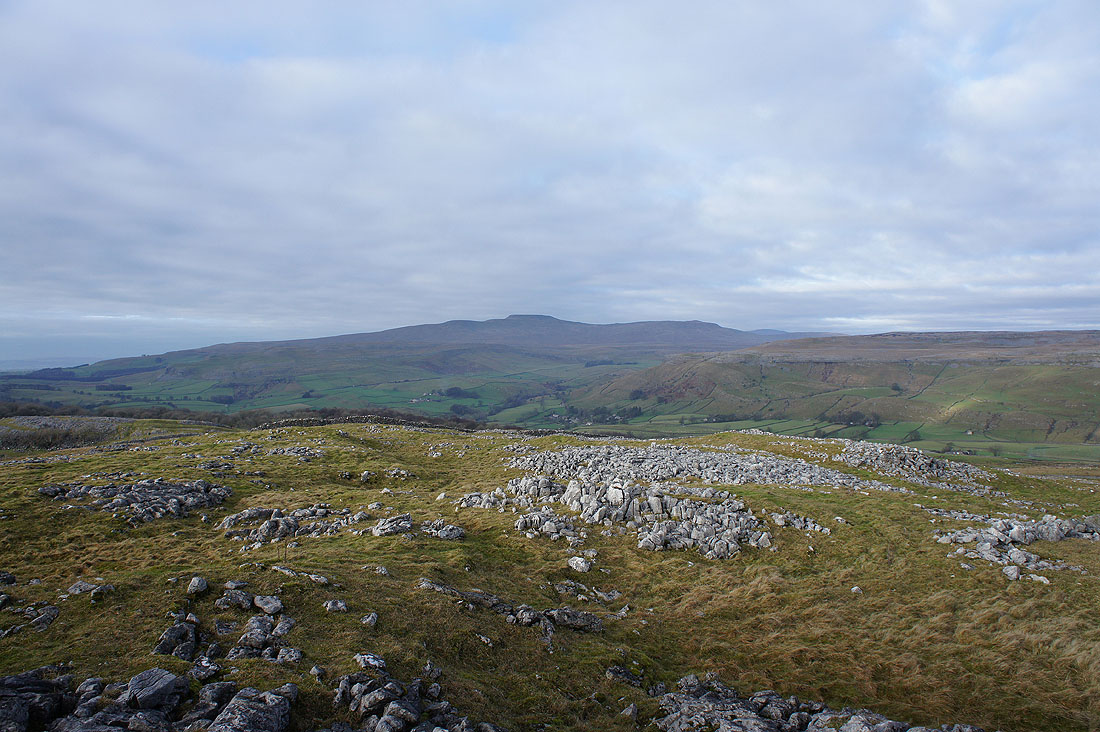 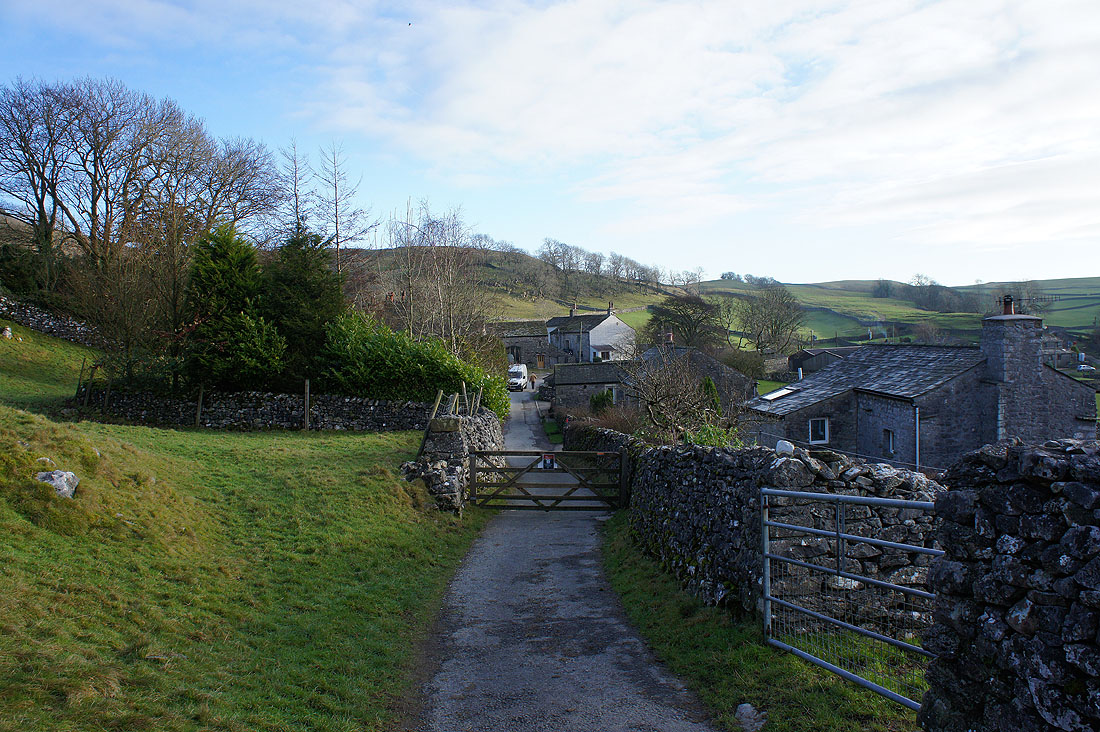 The hamlet of Feizor. Time to make a scheduled stop at Elaine's Tearooms. 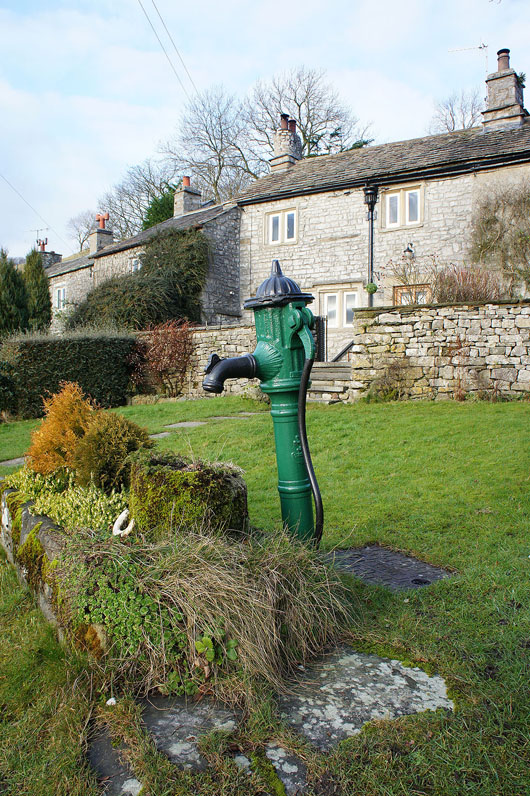 A reminder of the olden days 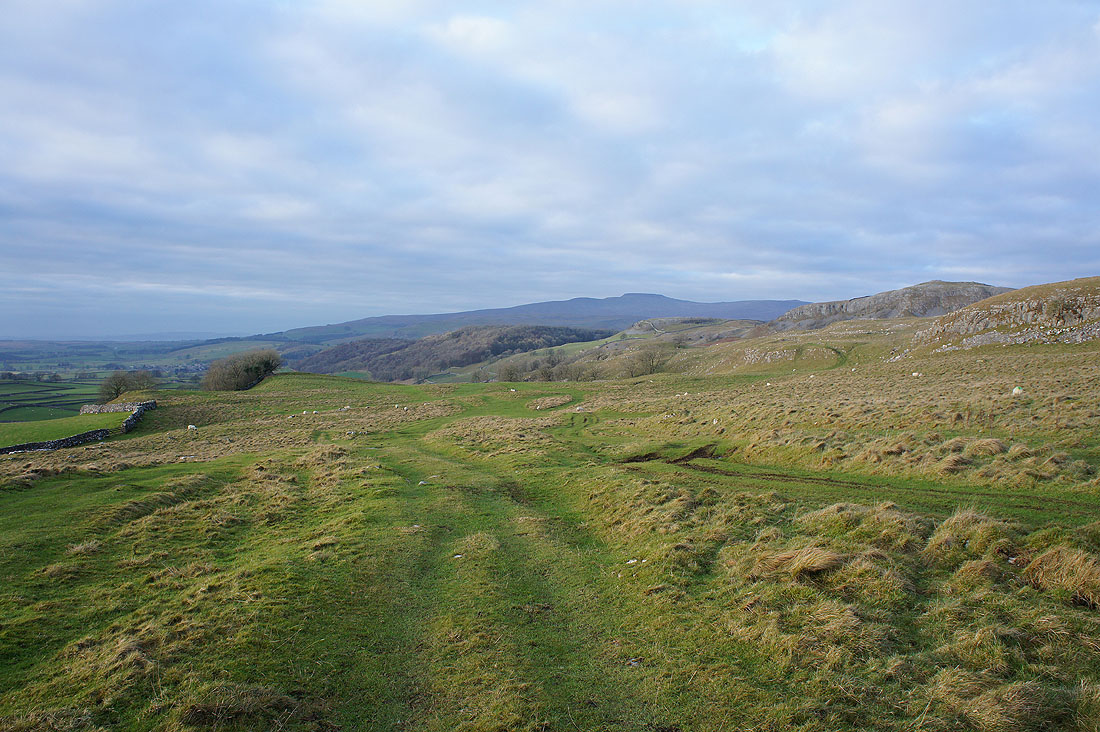 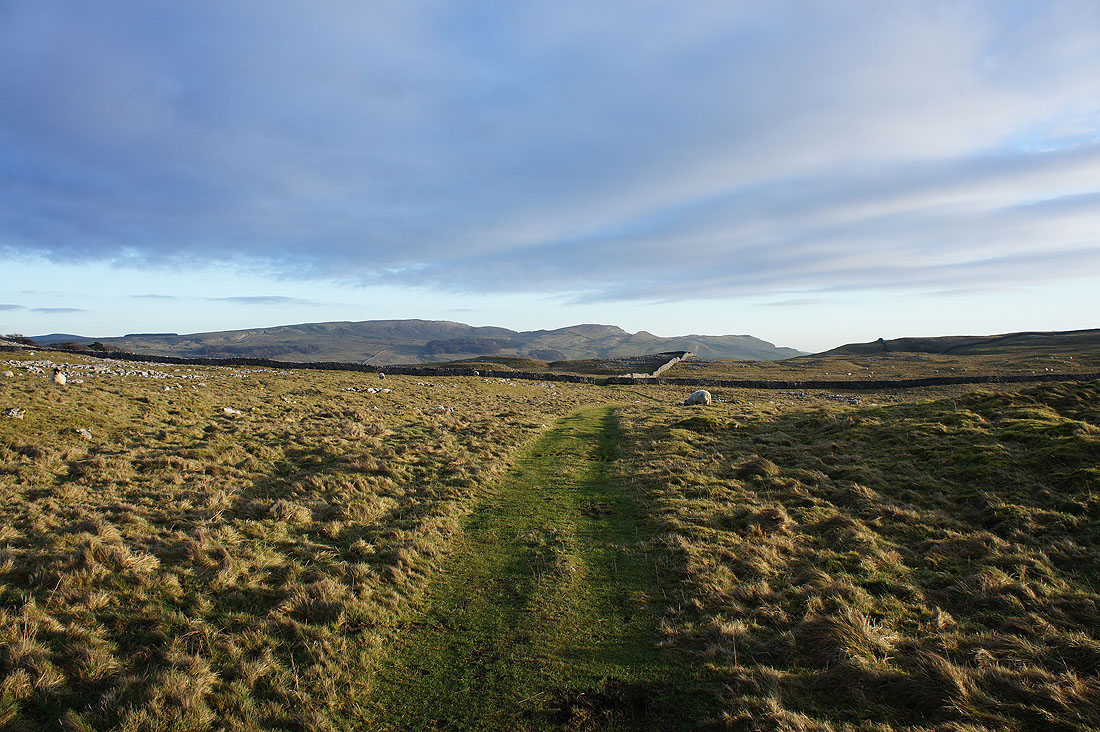 The hills above Settle come into view 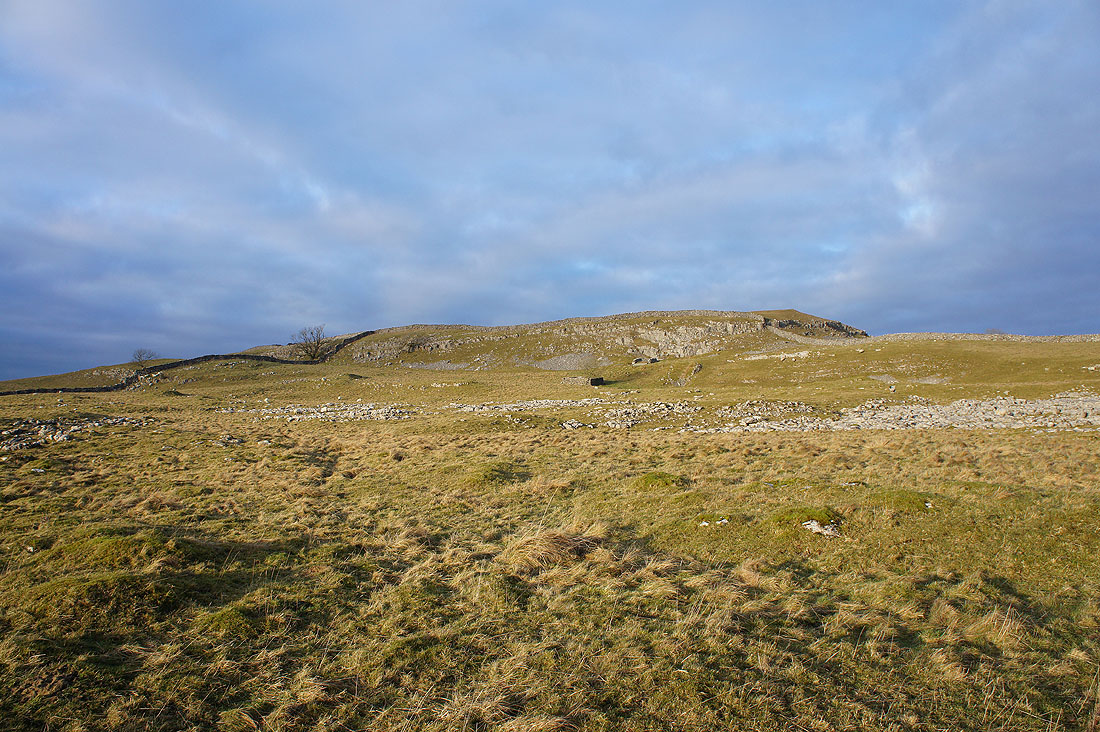 The low sun gives a lovely light on the limestone 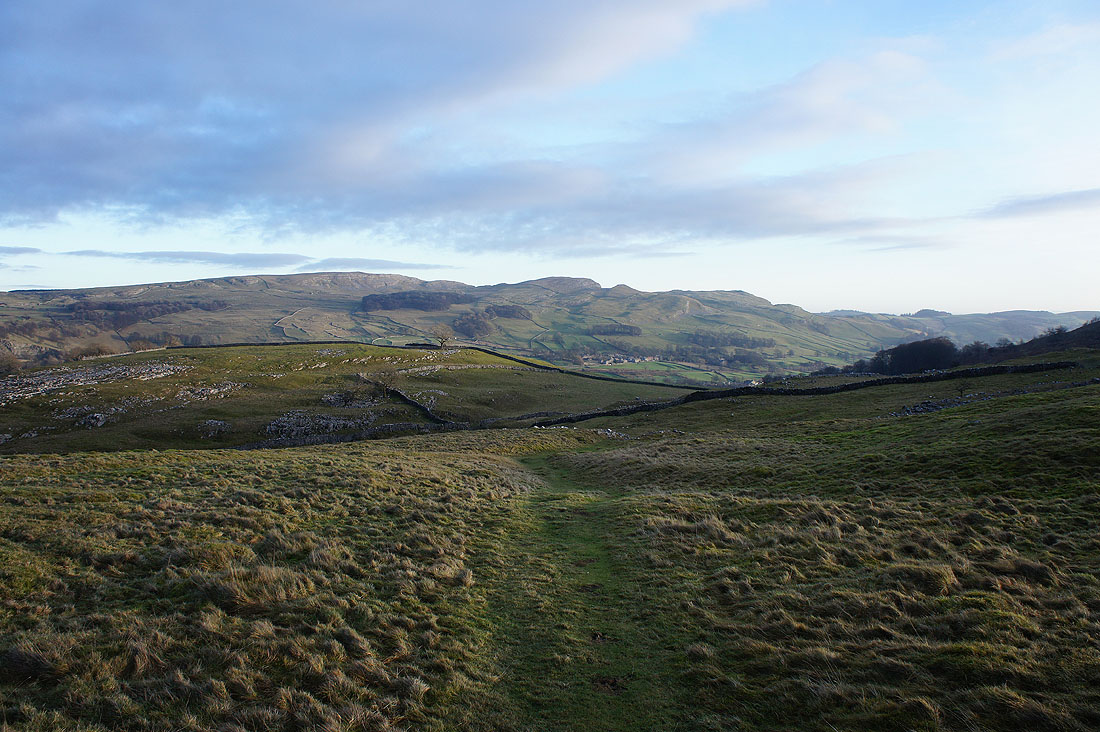 Heading down. The path heads for the woodland on the right. 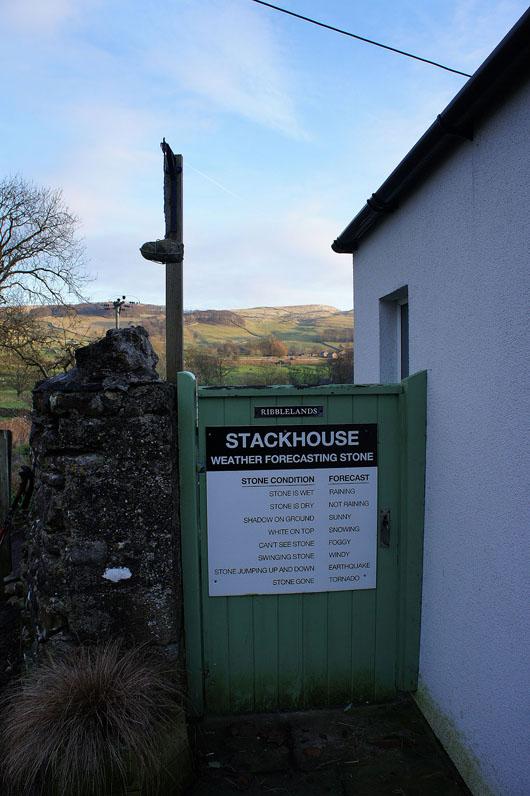 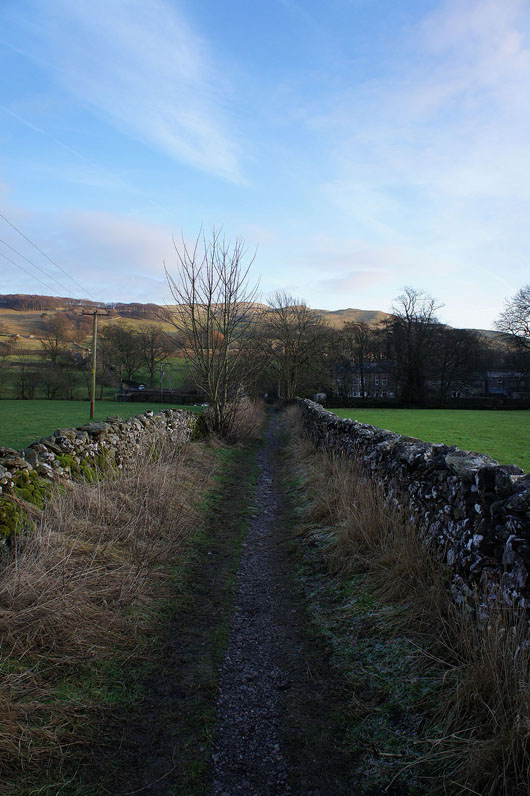 On the path down to the Ribble 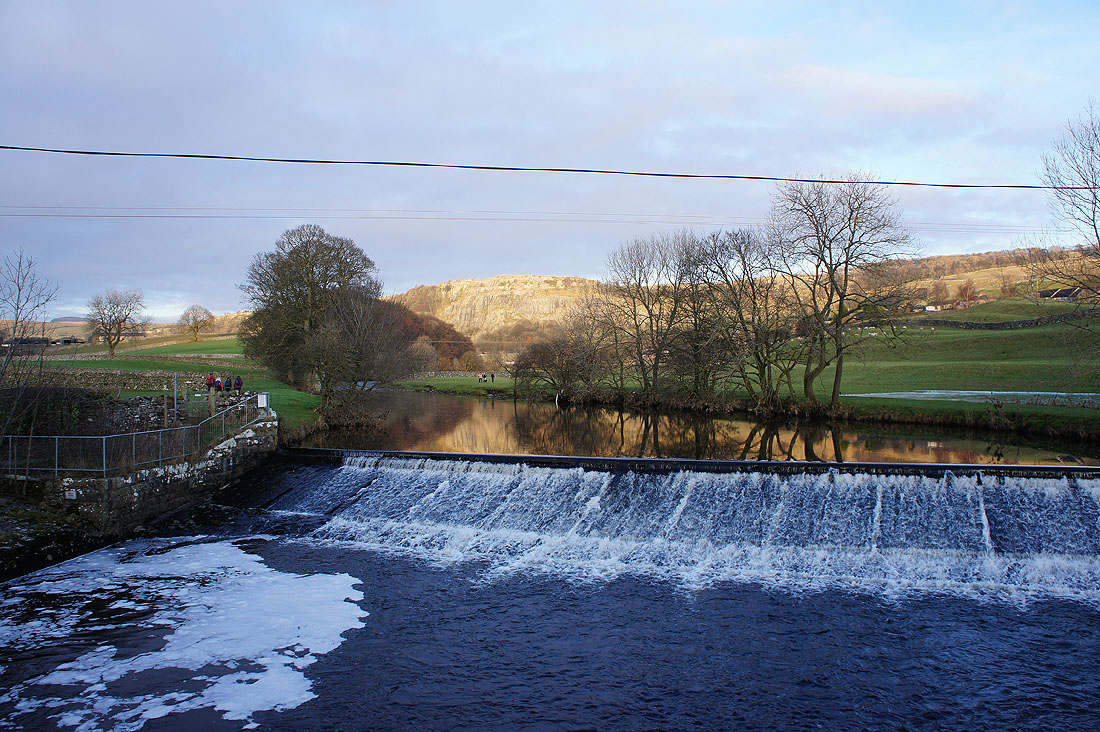