The idea behind the route I had planned today was to bag two of the Wainwrights in the area I hadn't visited, Stone Arthur and Seat Sandal.

After setting out from Grasmere I crossed the A591 to start the ascent upto Stone Arthur by Greathead Gill. From Stone Arthur I continued up the ridge to the summit of Great Rigg and then on to Fairfield. From Fairfield it was the steep rocky descent down to Grisedale Hause and then upto Seat Sandal for the second Wainwright of the day. I then descended by Raise Beck to Dunmail Raise before heading north towards Steel End so I could climb Steel Fell by its north ridge. I made my way back to Grasmere by Steel Fell's south-east ridge, the minor road by the River Rothay and Easedale Road.
Route map 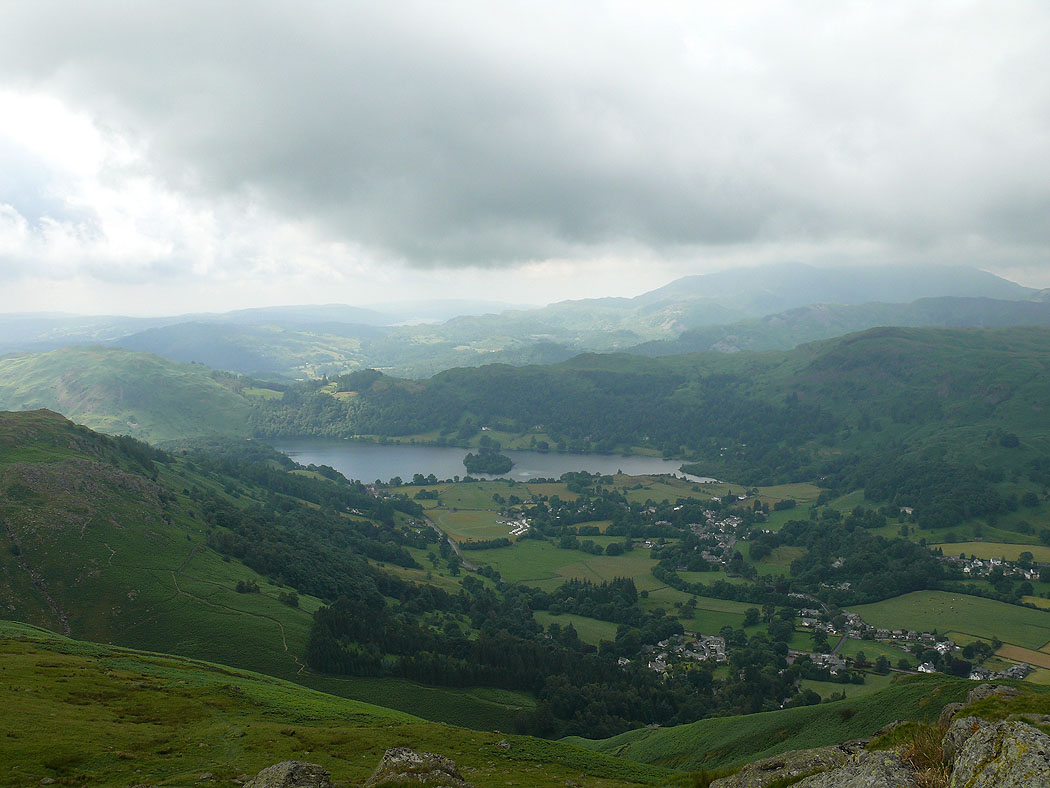 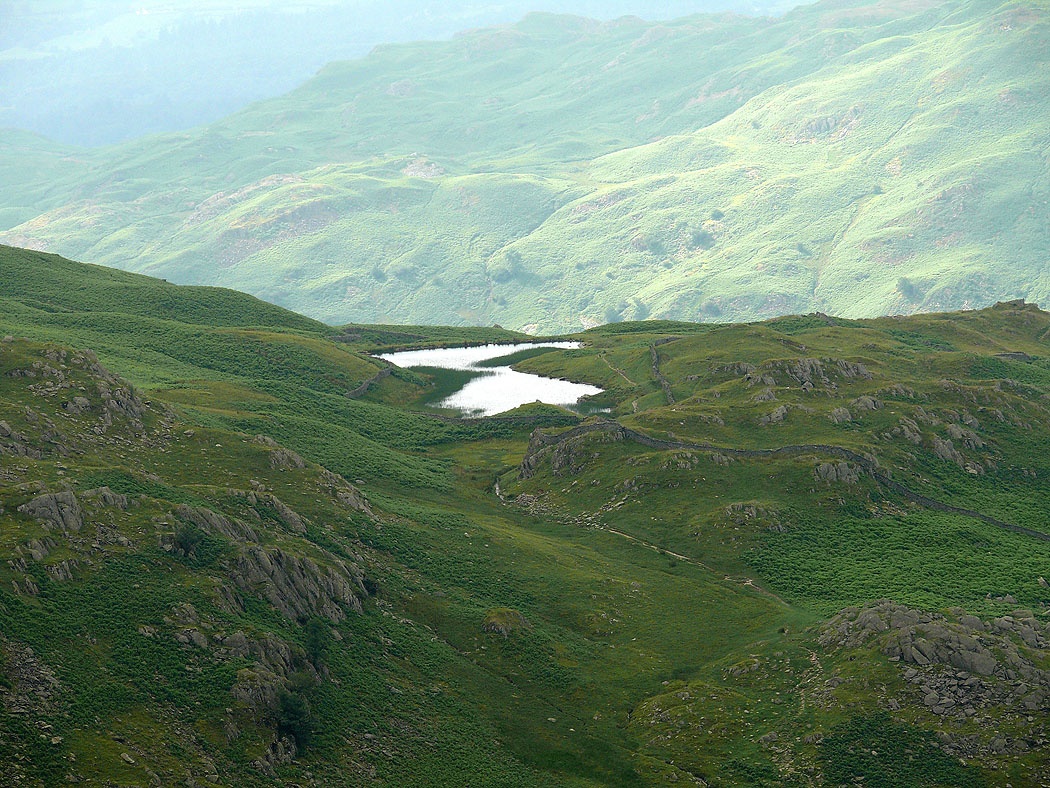 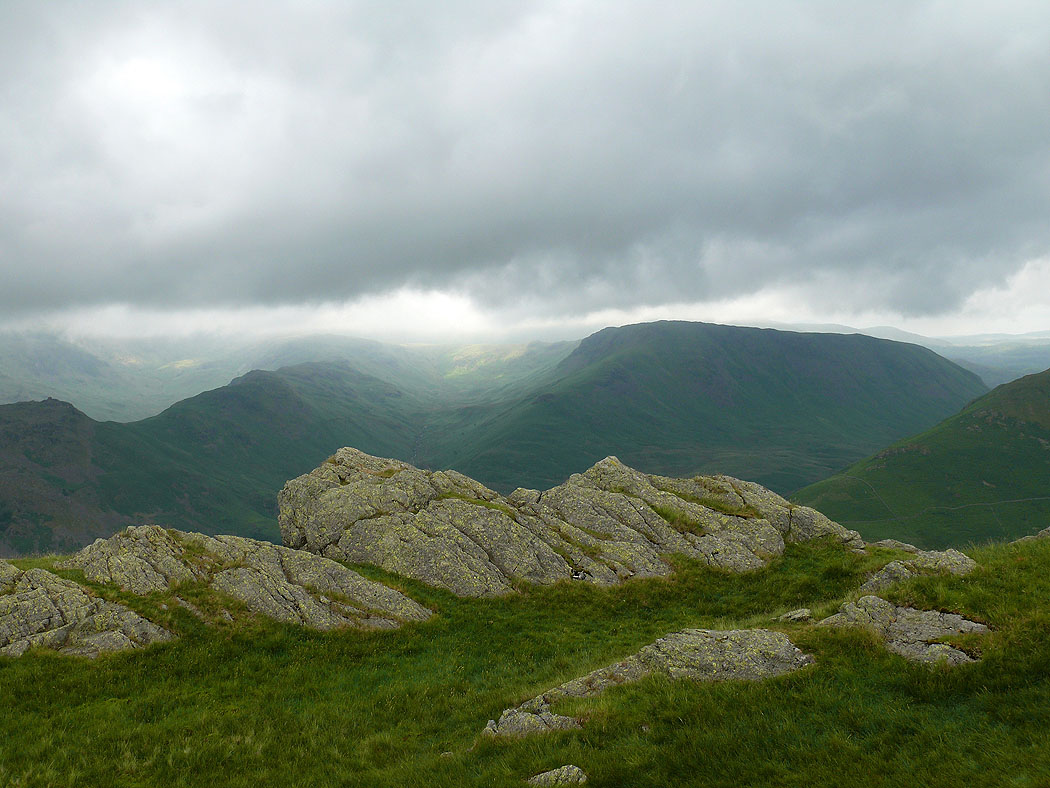 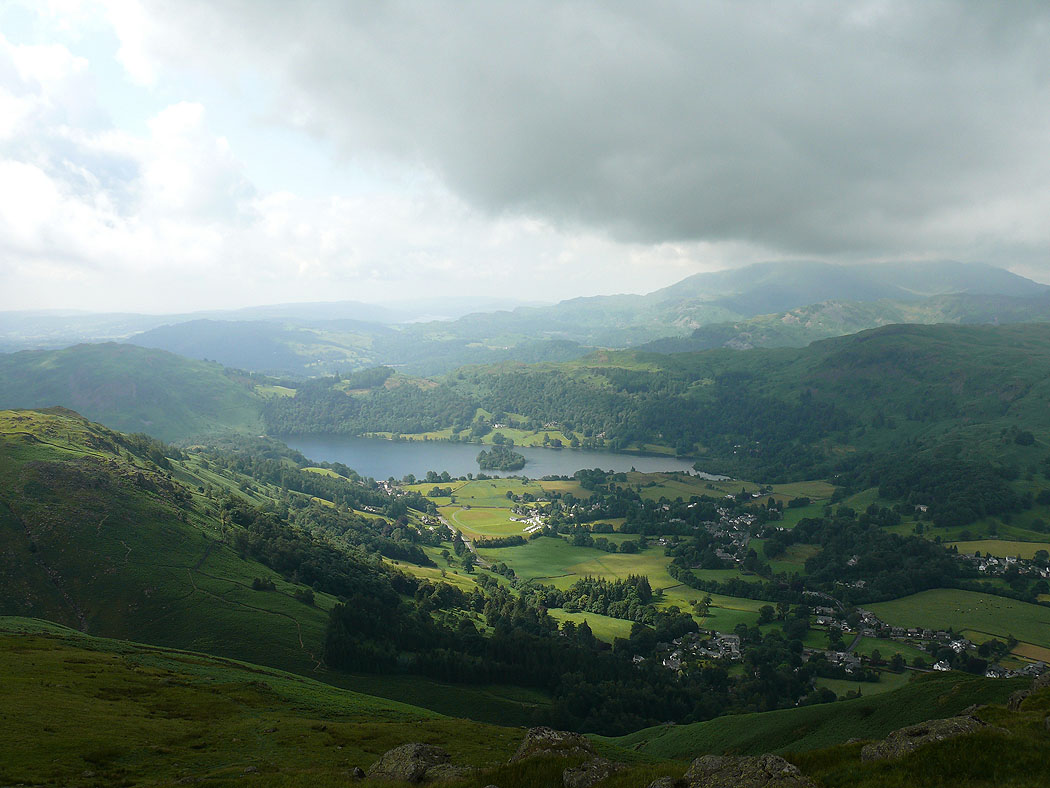 Another shot of Grasmere but with some sunshine this time 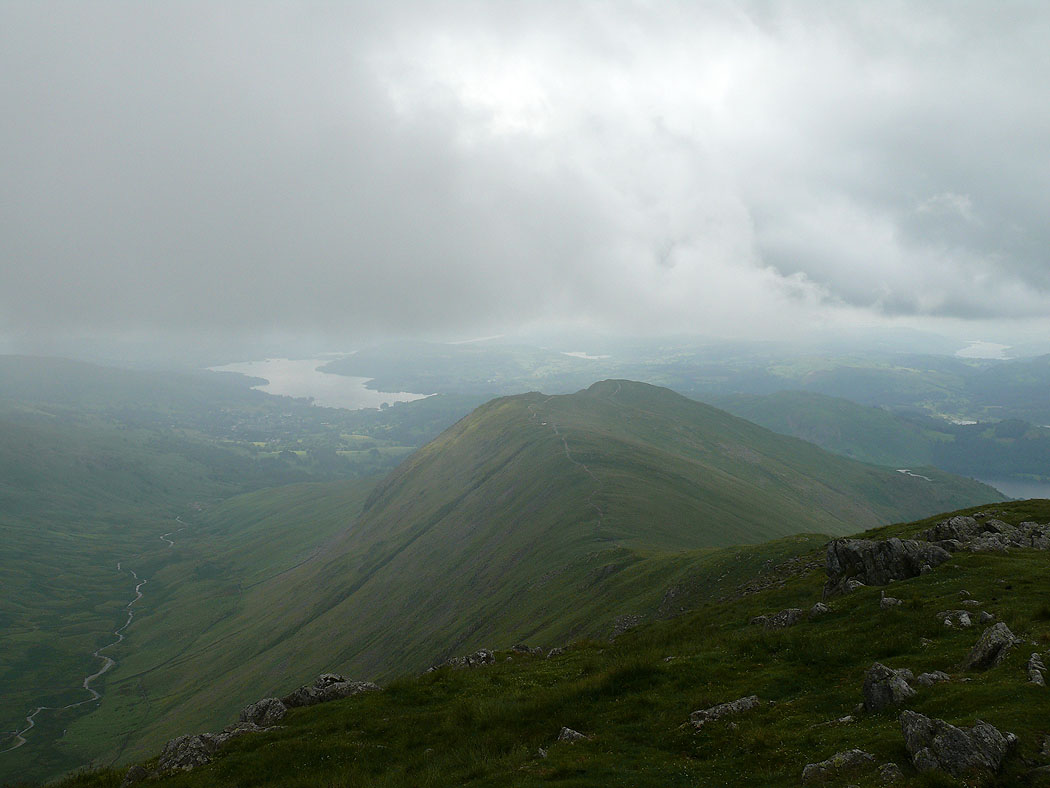 Windermere and the ridge to Heron Pike from Great Rigg 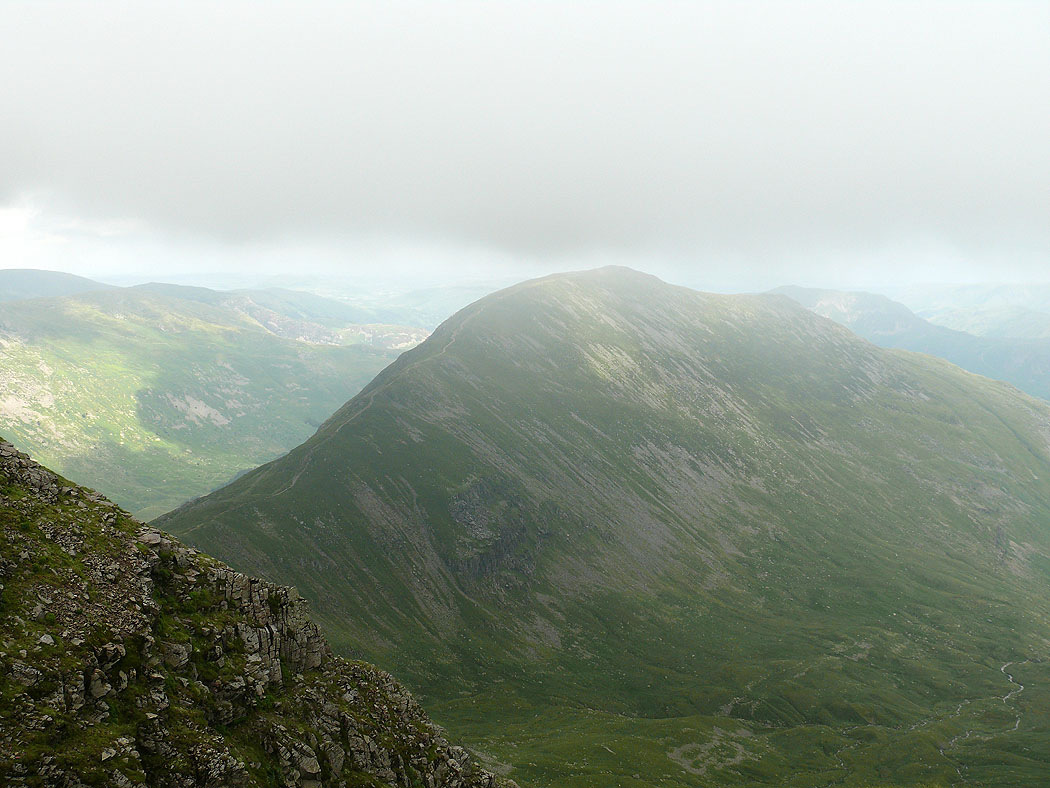 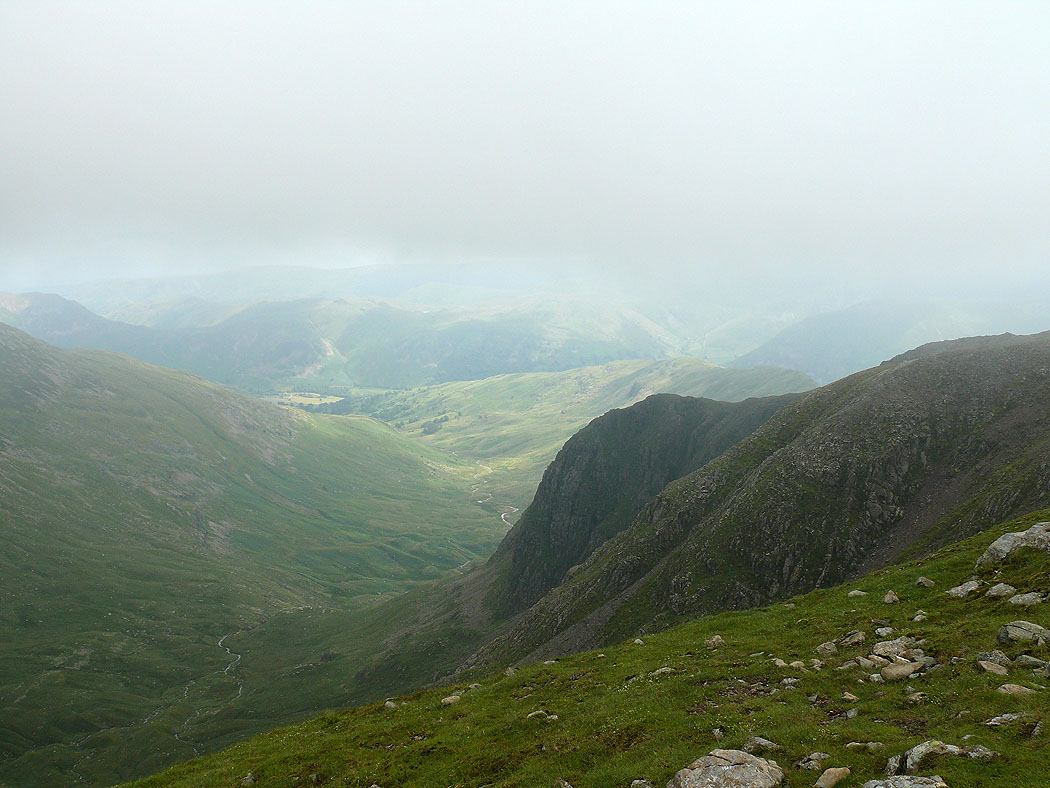 The view down Deepdale past Greenhow End 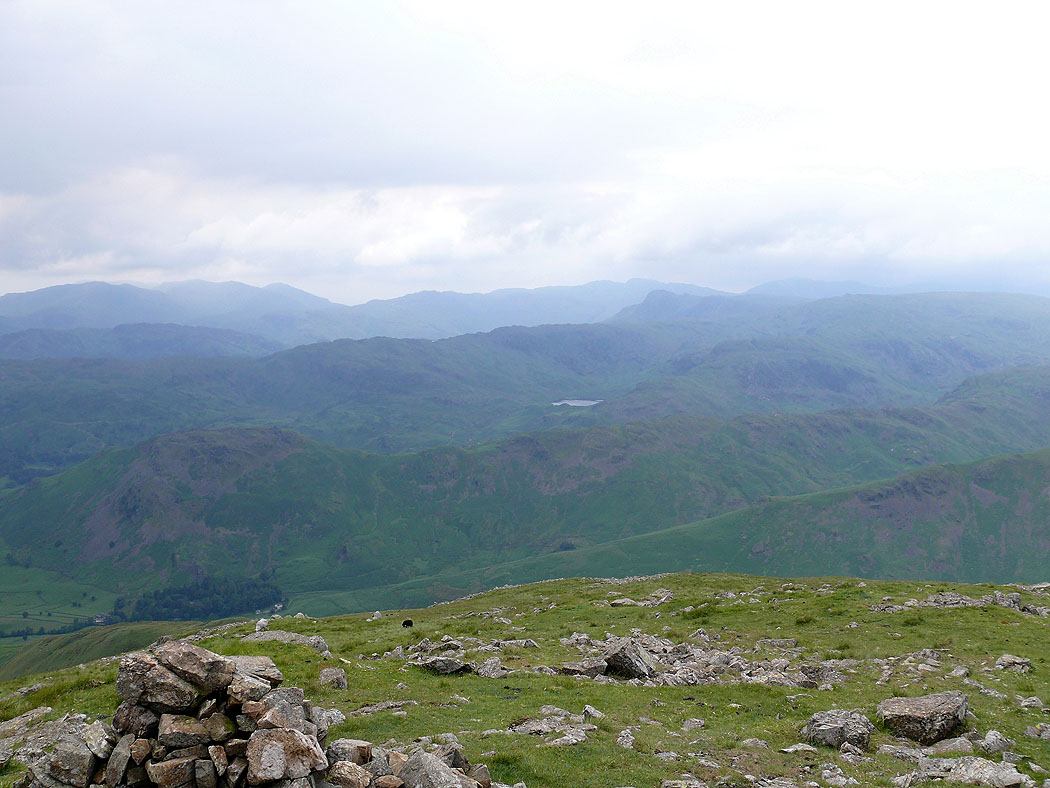 The view southwest from Seat Sandal across the Helm Crag and Blea Rigg ridges. The patch of water is Easedale Tarn. The Coniston fells, Crinkle Crags and Bowfell form the distant backdrop. 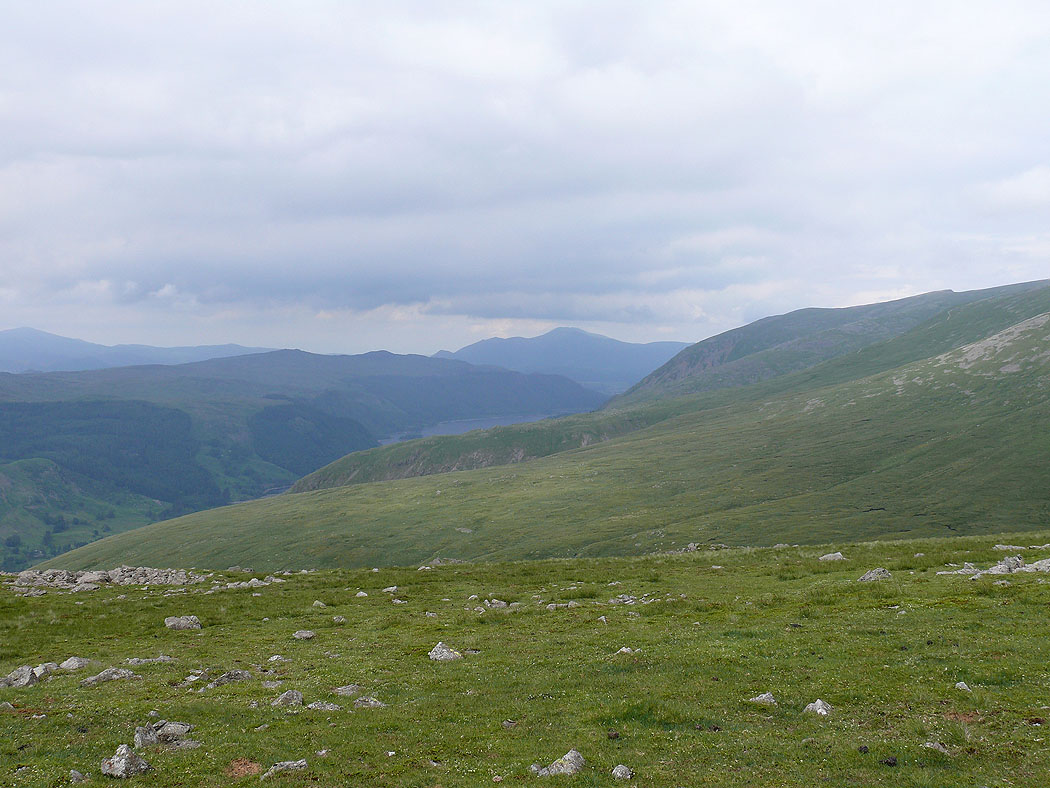 The view north to Skiddaw 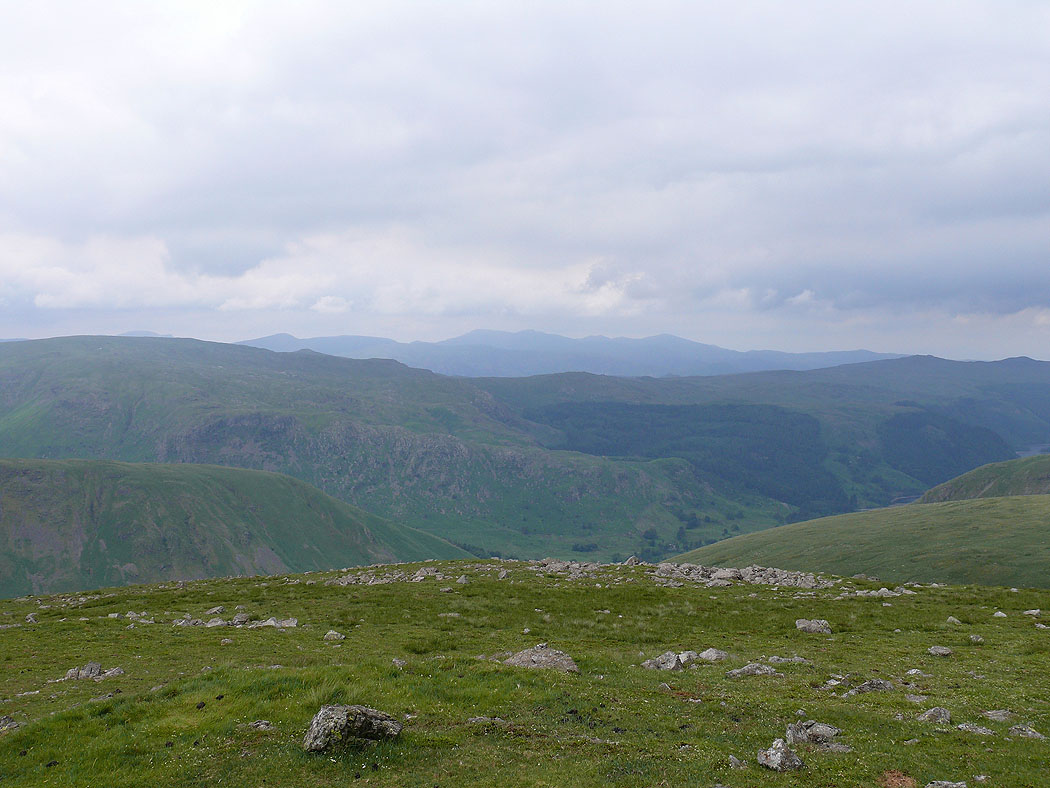 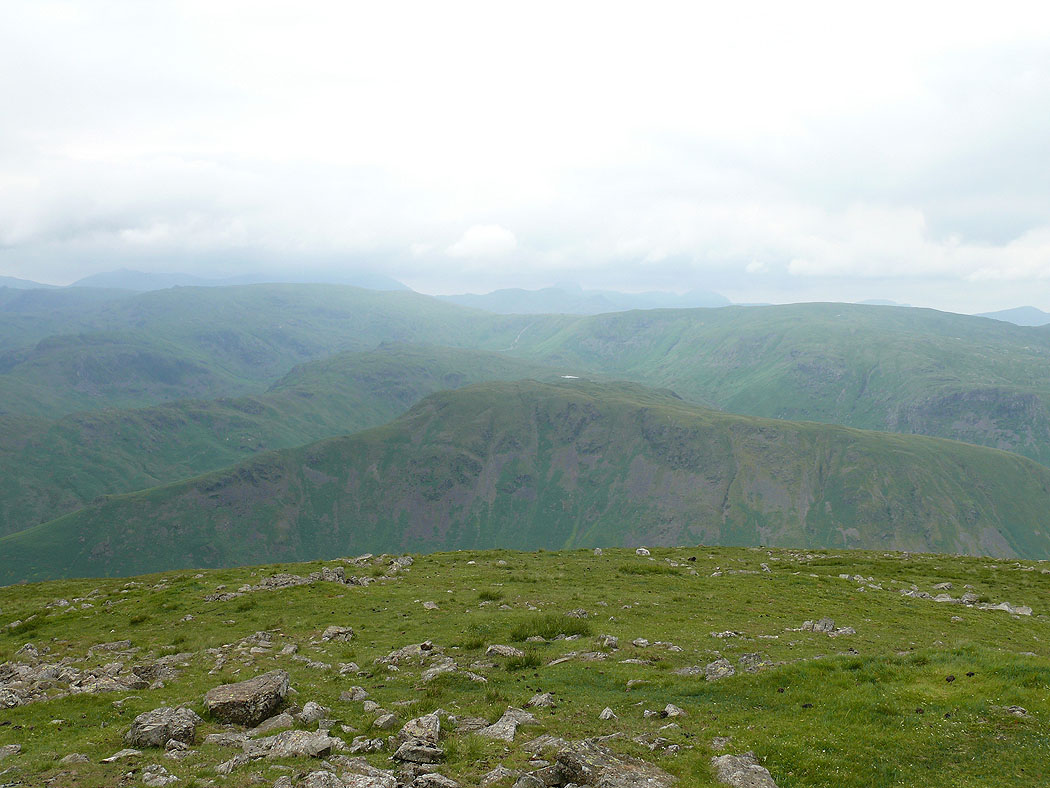 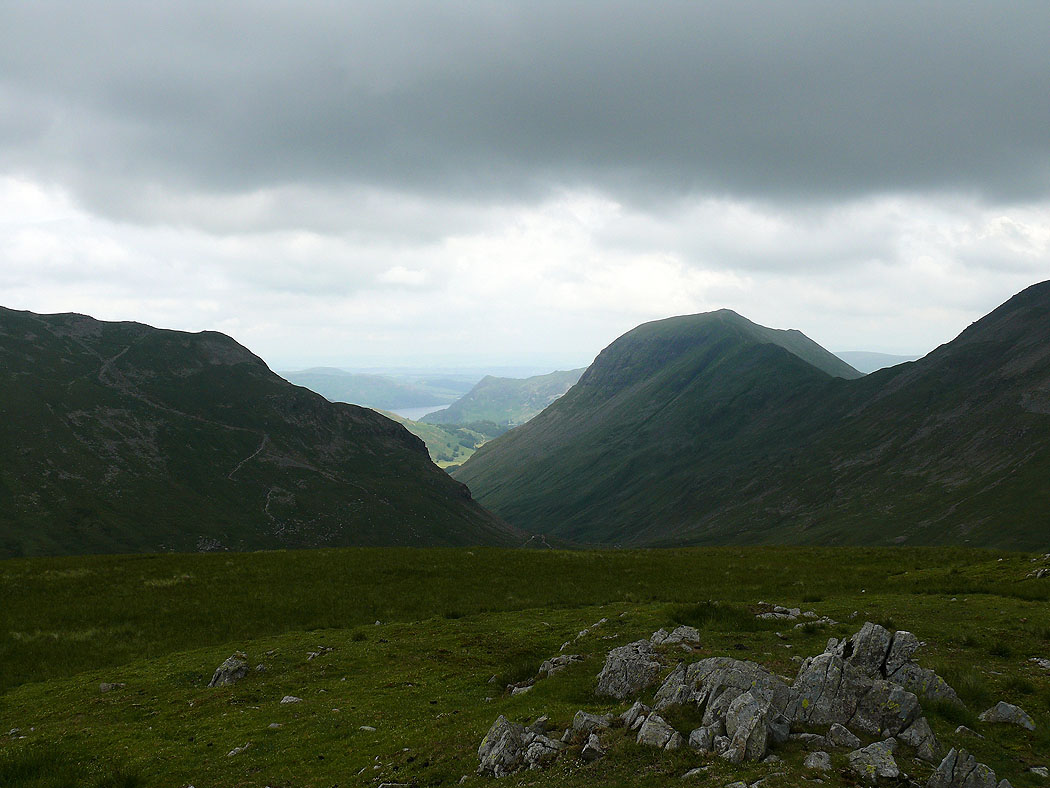 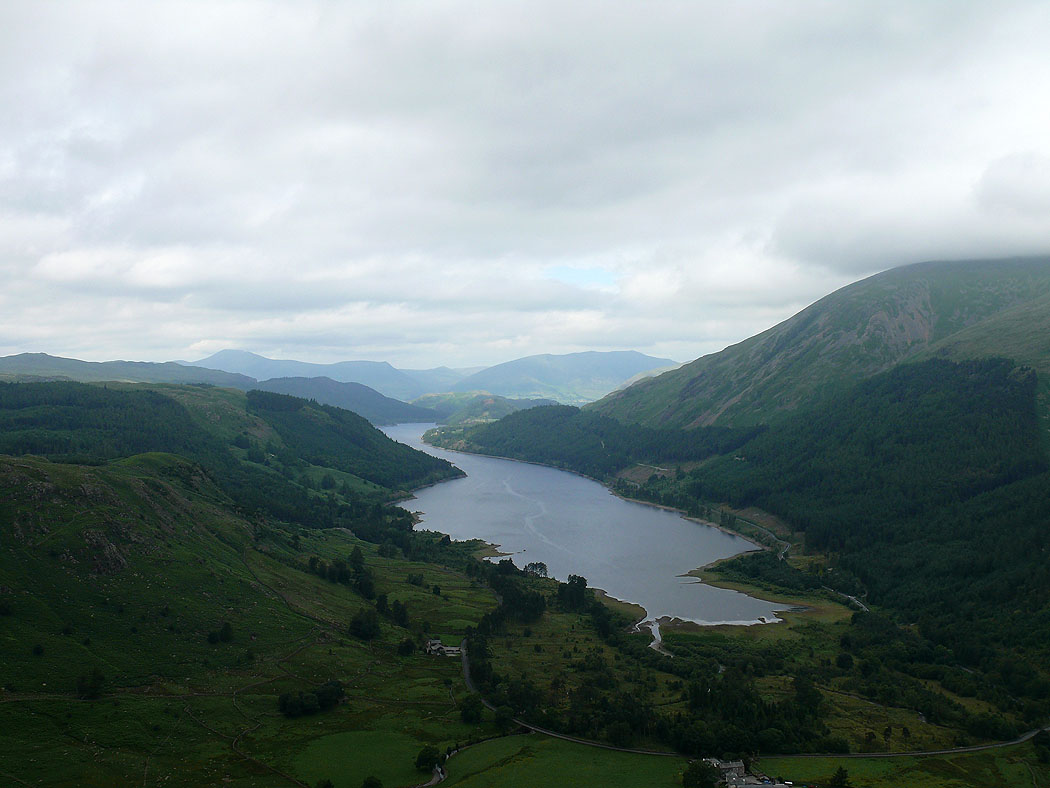 I'm on my way up Steel Fell's north ridge. Turning round and there's a great view down Thirlmere to Skiddaw and Blencathra. 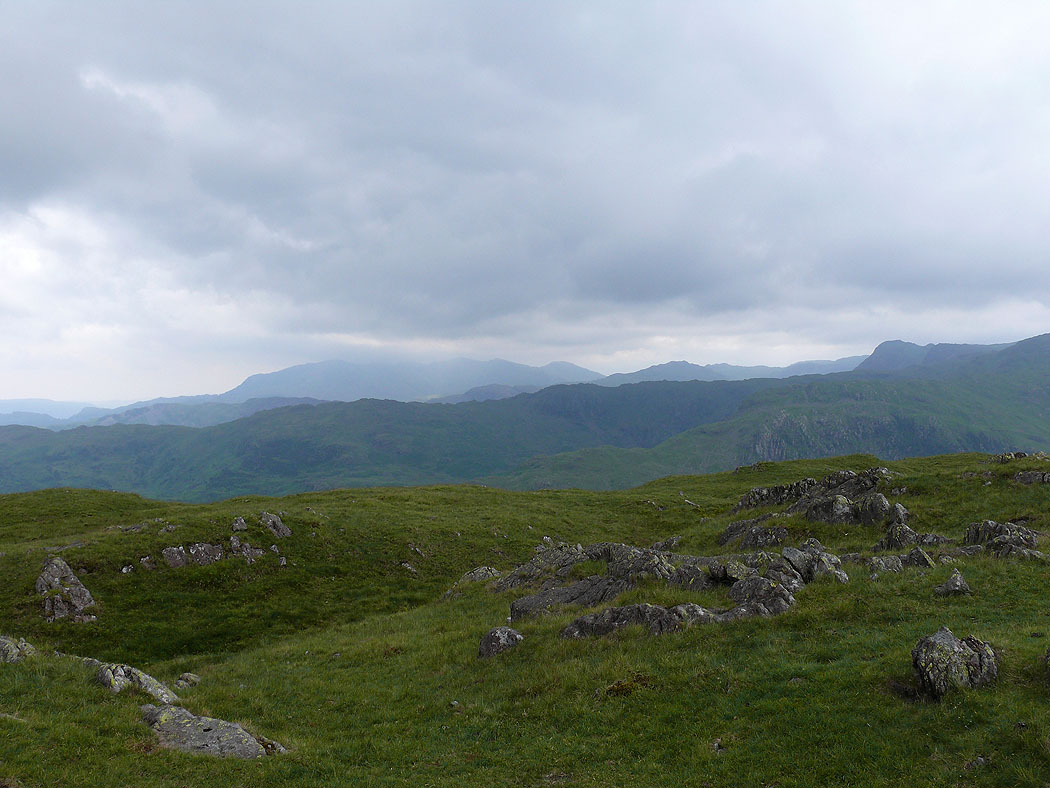 On Steel Fell's summit. Looking across the Blea Rigg ridge to the Coniston fells. 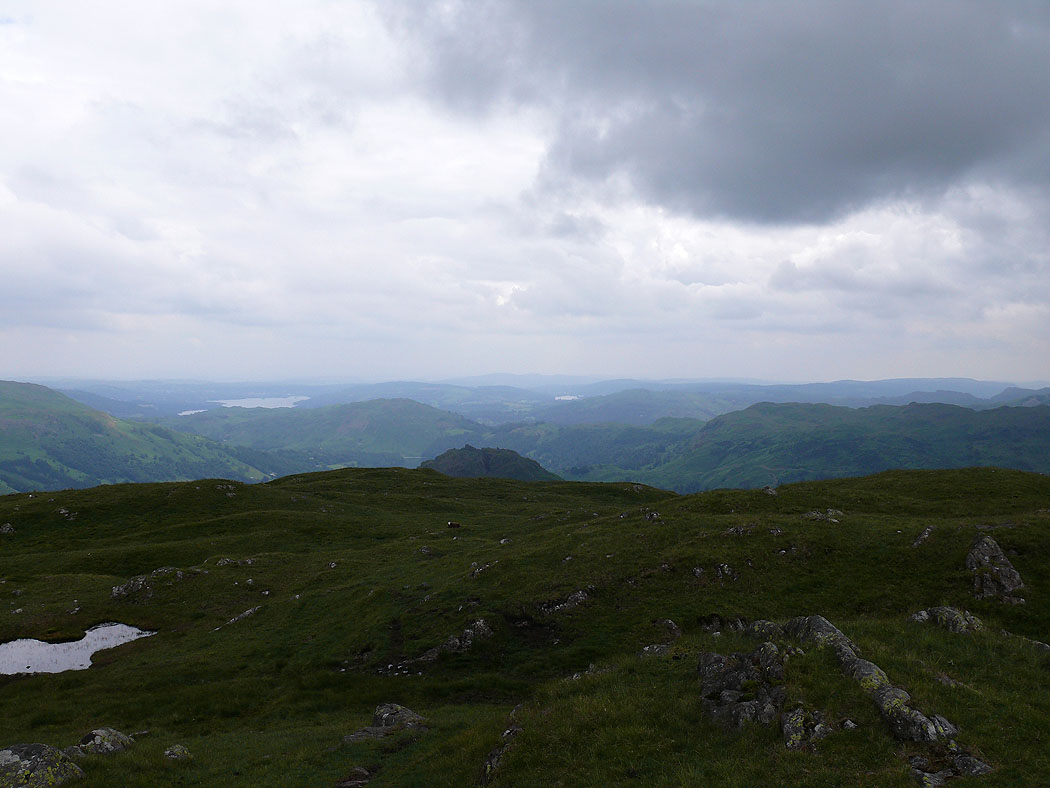 The view southeast towards Windermere 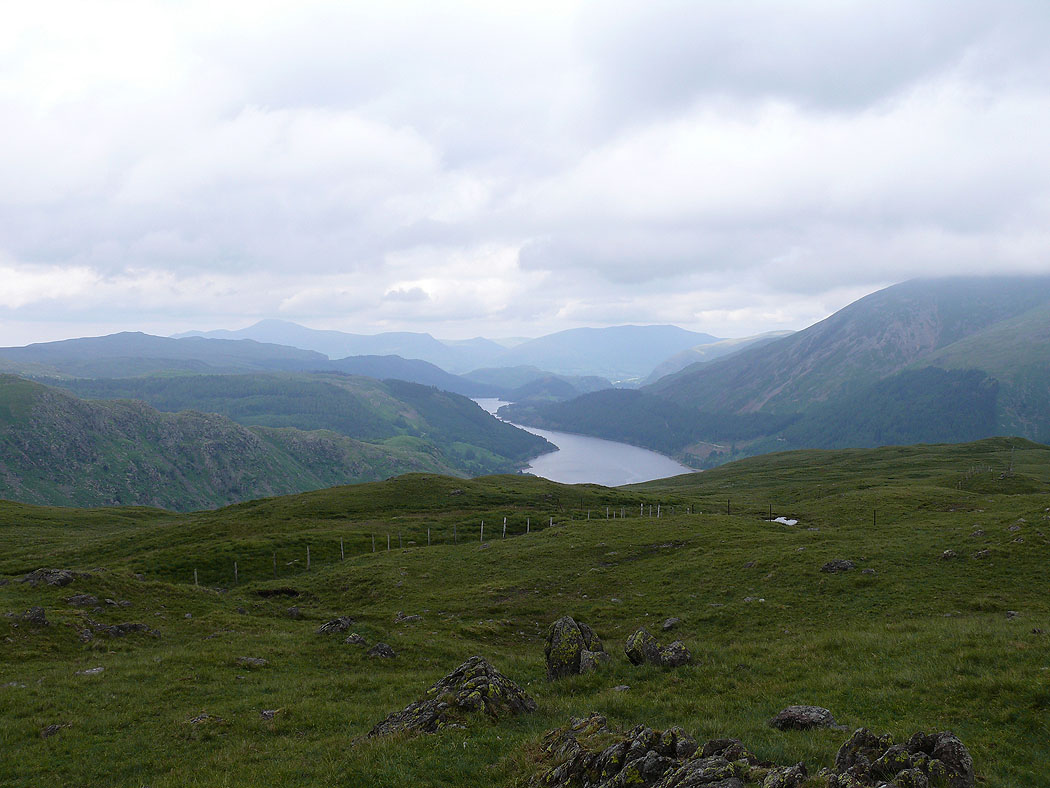