I started this walk from a lane just off the Monk's Road above Charlesworth. There's room to park on the verge. I followed the lane briefly until I left it for a bridleway across Matley Moor which joins the Pennine Bridleway (PBW). I then continued along the PBW with a detour to the summit of Lantern Pike. The PBW was finally left when it reached a lane above Hayfield. After a brief walk along the lane I then used bridleways to take me to the village of Rowarth to reach the path to Cown Edge. I made a detour to see Robin Hood's Picking Rods enroute. From Cown Edge a path through Rocks Farm and Higher Plainstead Farm brought me back to the start.
Route map 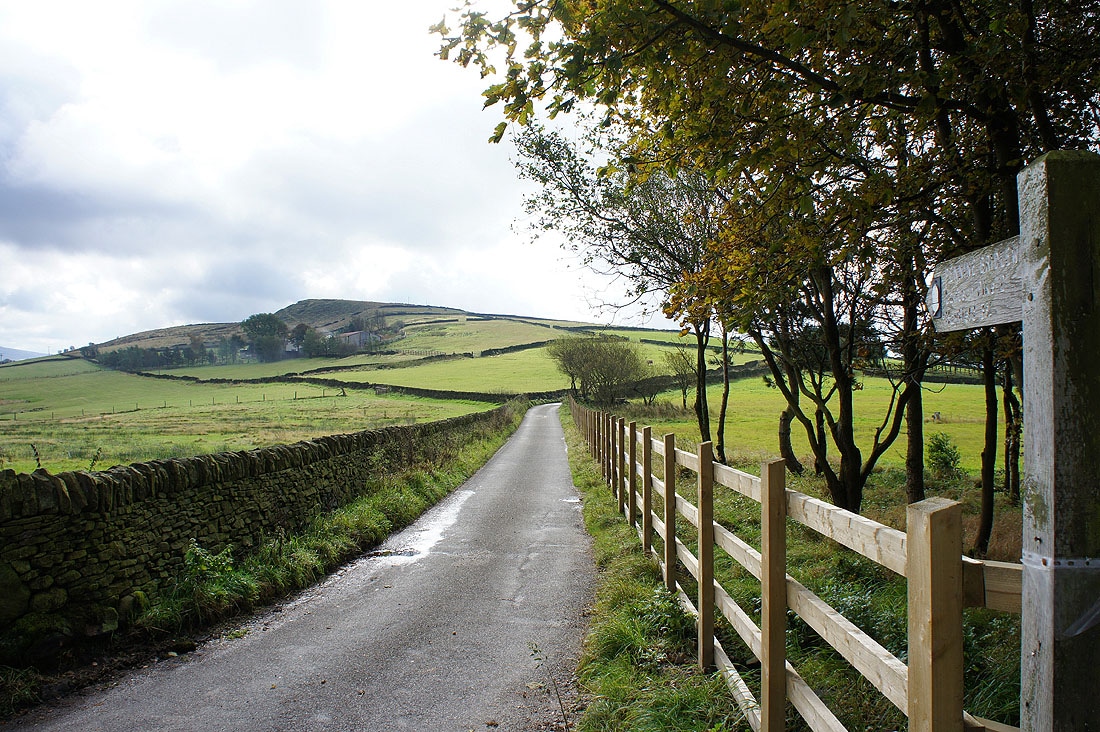 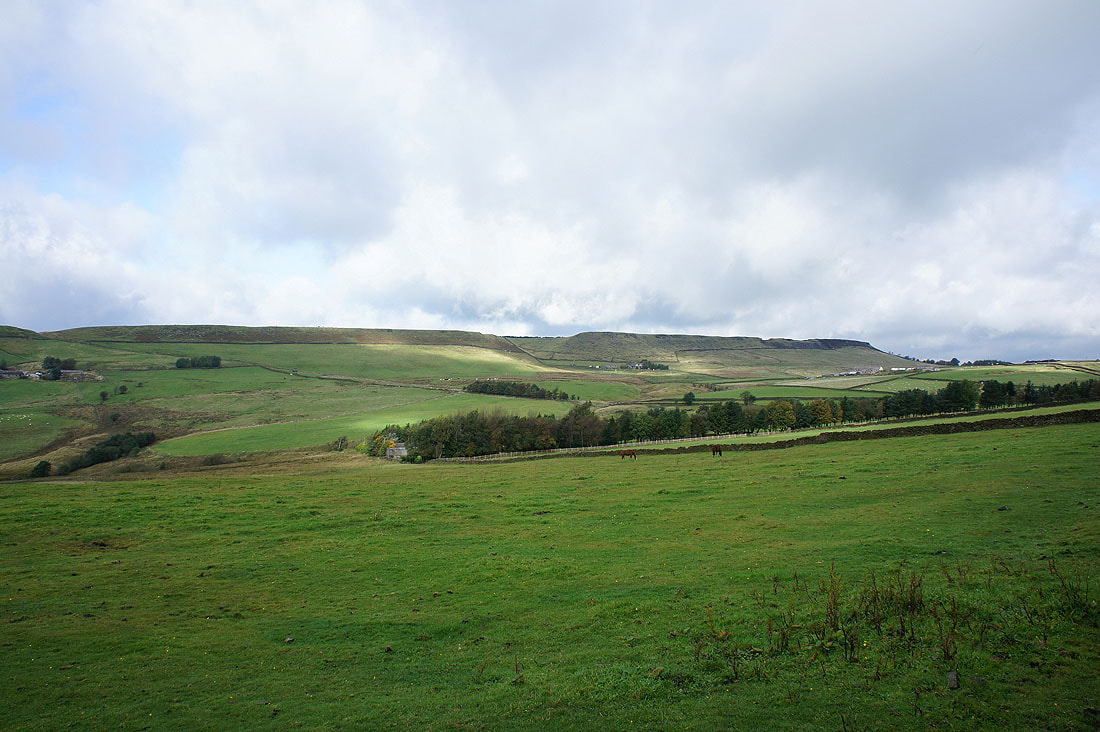 Cown Edge, the final part of the walk 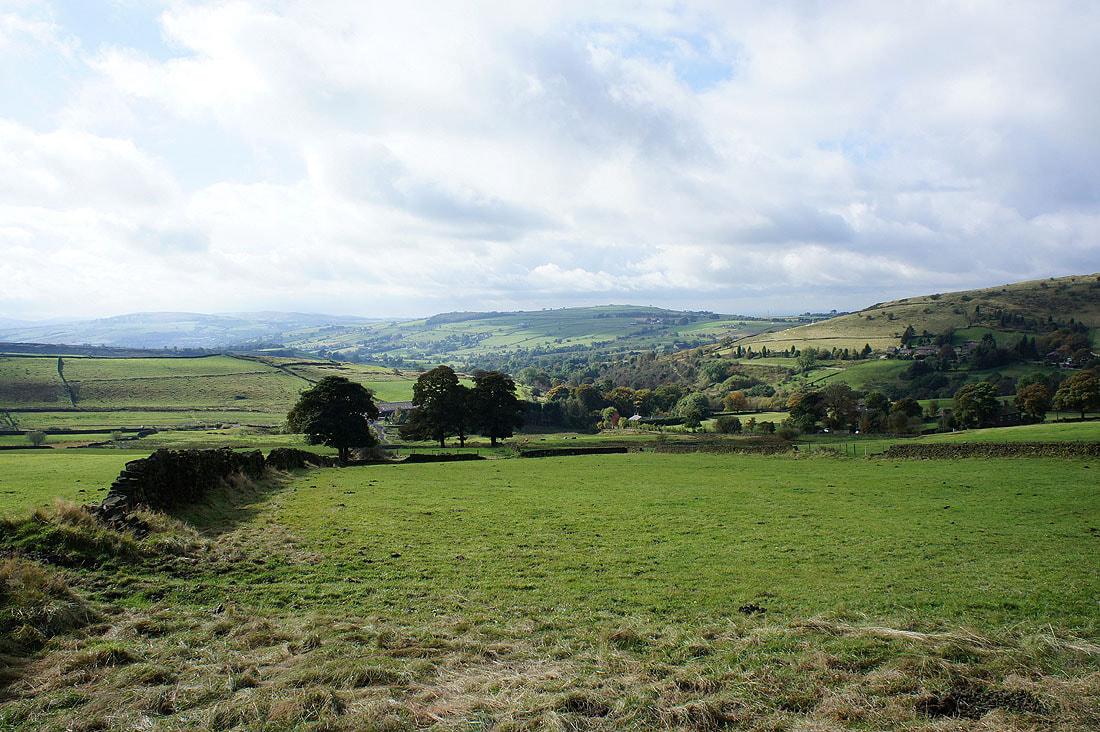 The village of Rowarth, which I'll be passing through, is in the valley below 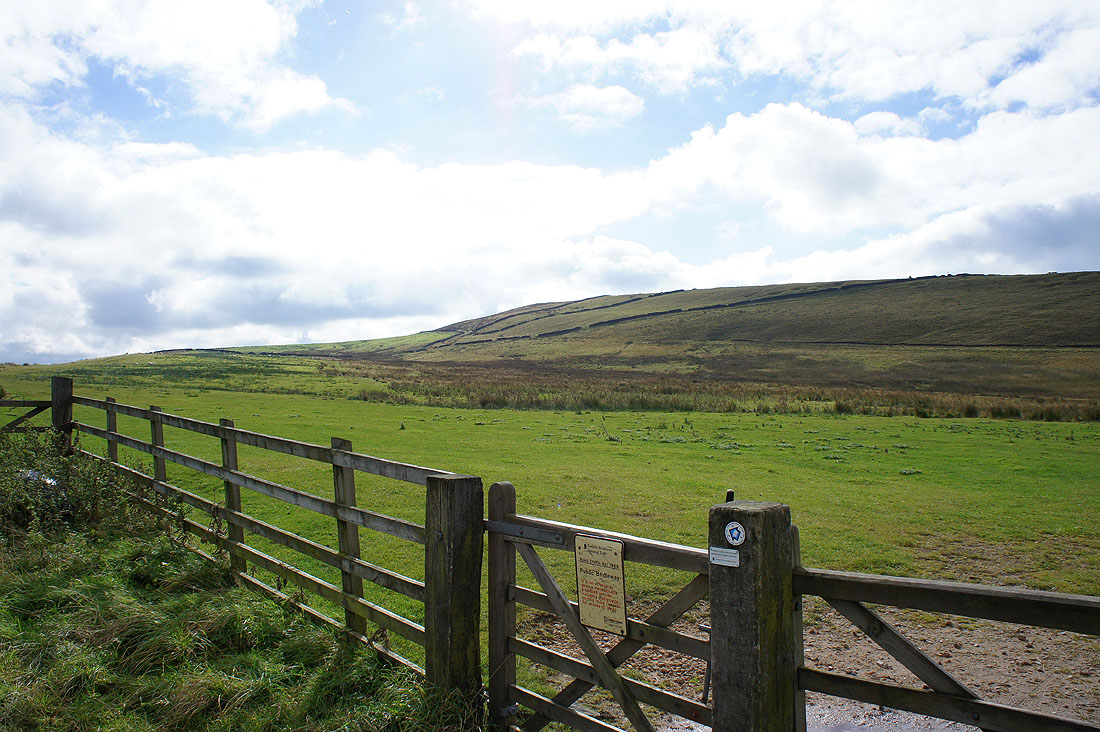 On the Pennine Bridleway with the slopes of Lantern Pike ahead 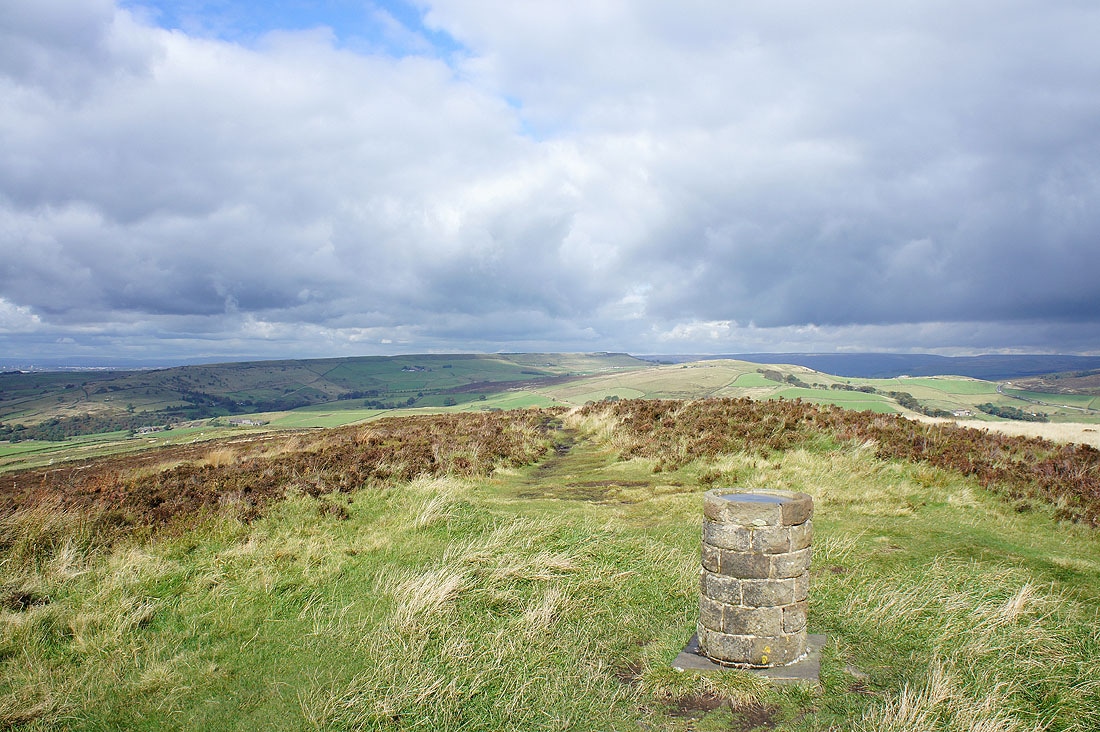 On the summit of Lantern Pike. Cown Edge and Matley Moor. 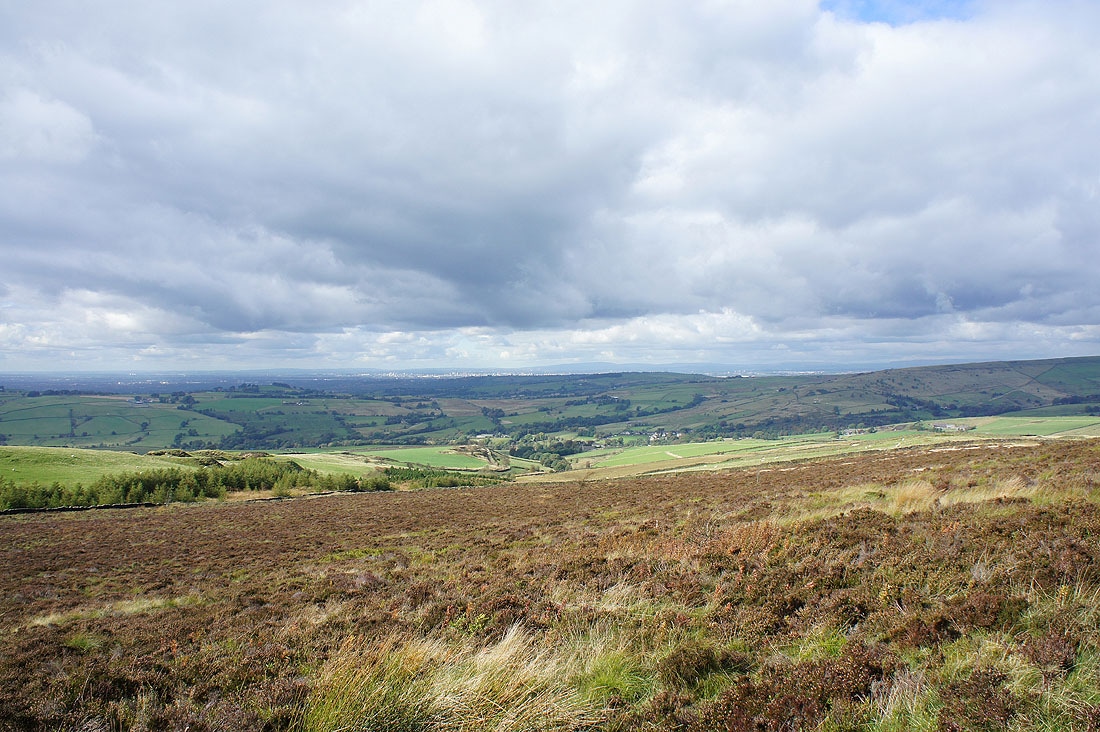 A distant view to the northwest towards Manchester. The hills in the far distance on the right are Winter Hill and the West Pennine Moors. 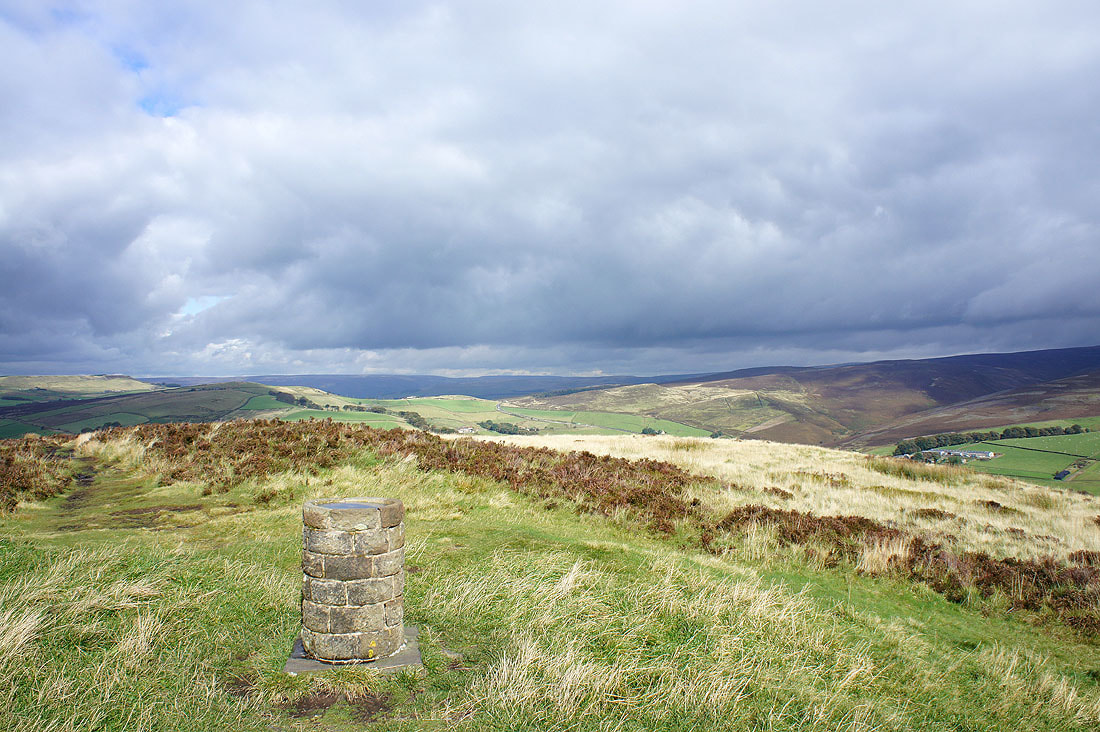 Looking towards the dark heights of Black Hill 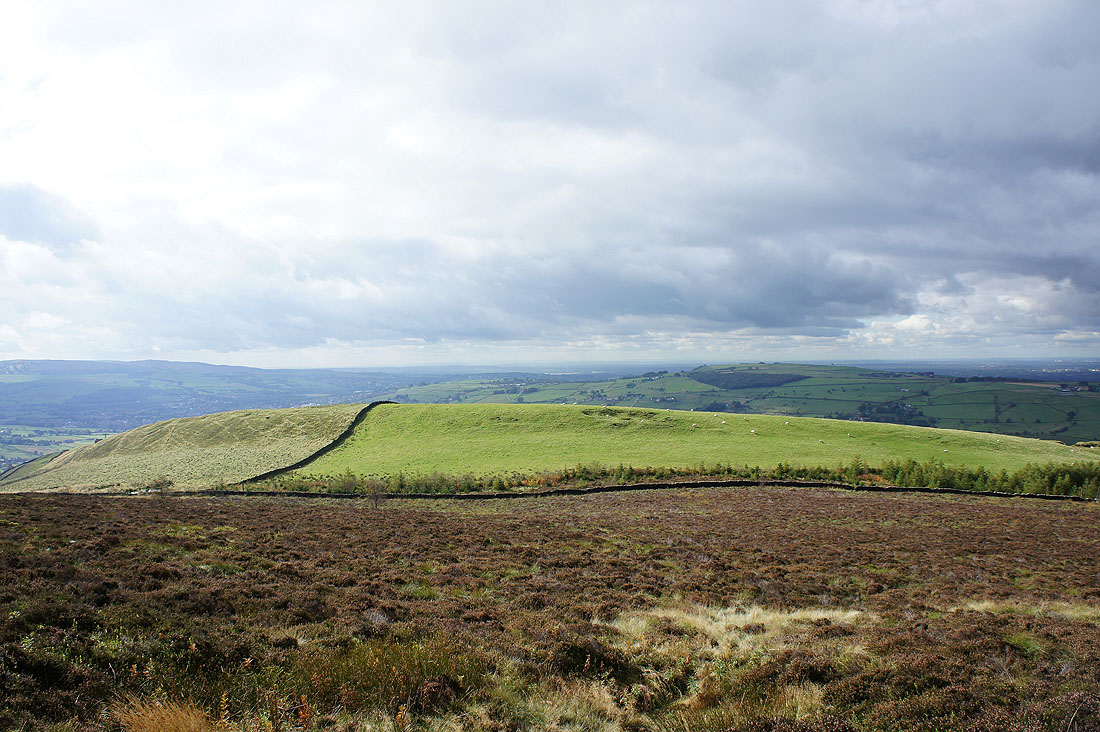 Looking west towards the Cheshire Plain 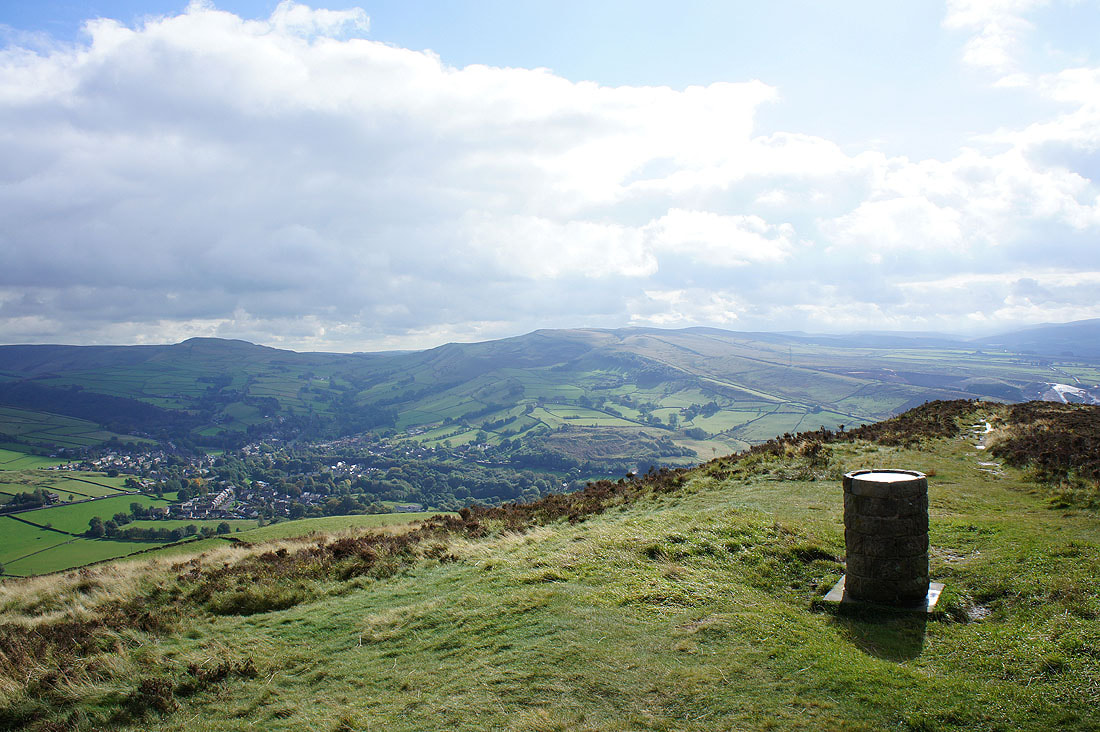 Hayfield below with Chinley Churn on the right 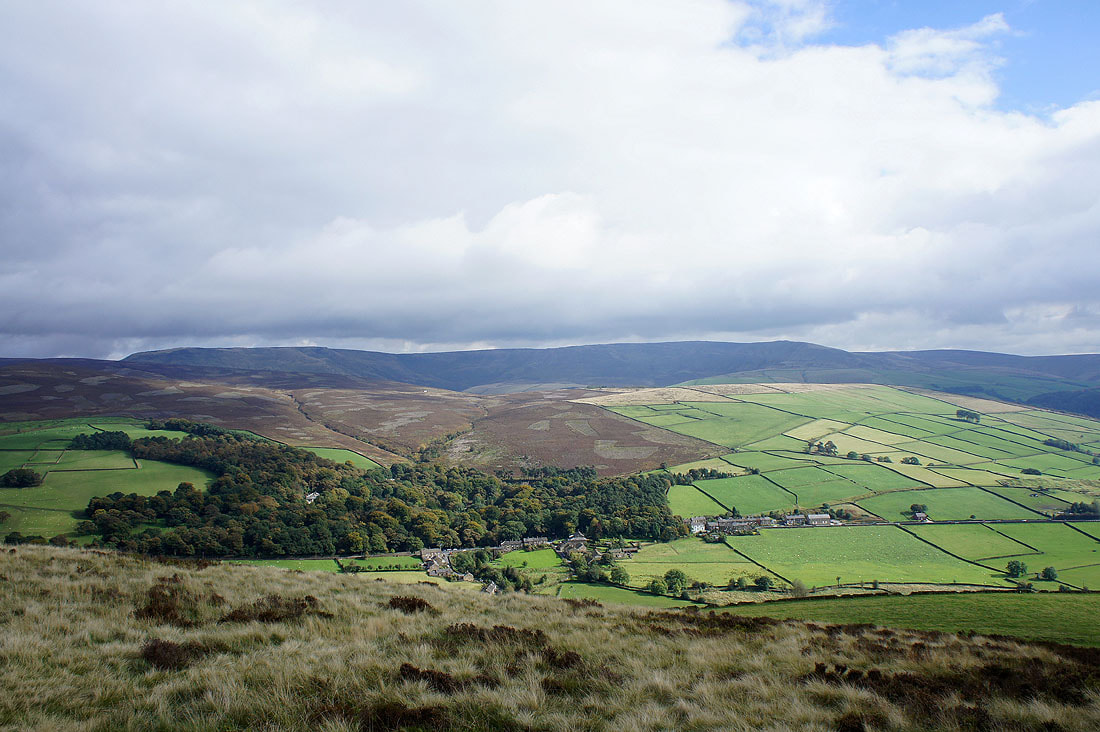 Panorama from Kinder Scout round to Hayfield 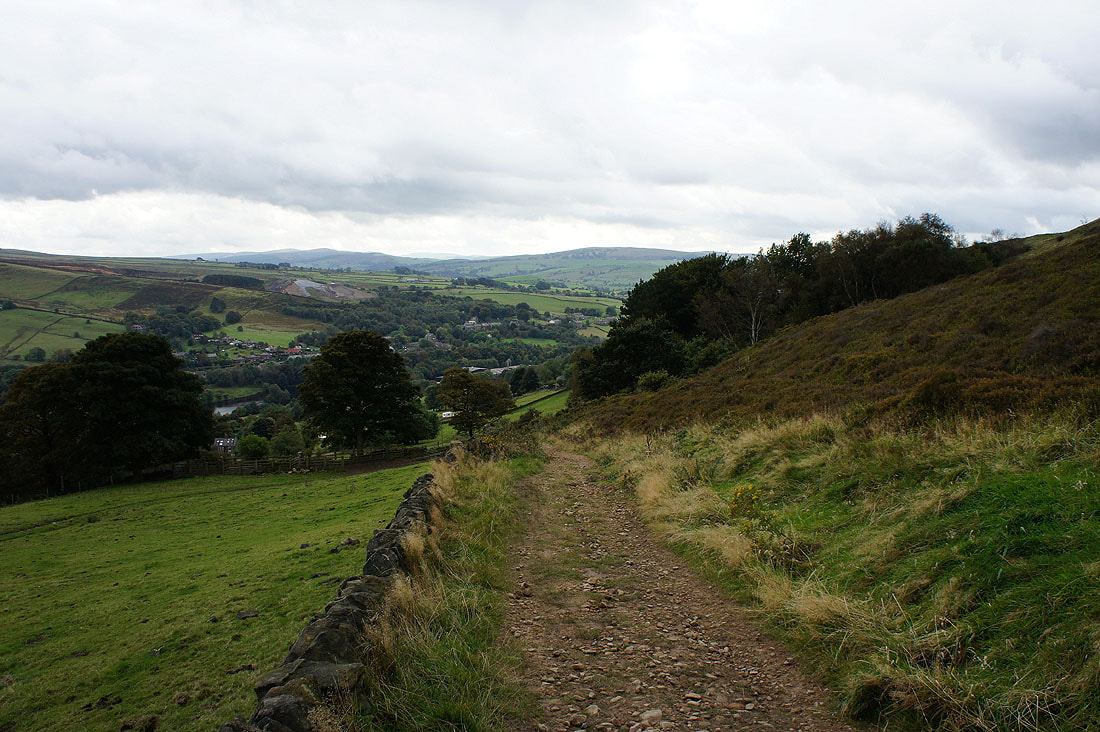 I've left Lantern Pike and I'm back on the Pennine Bridleway 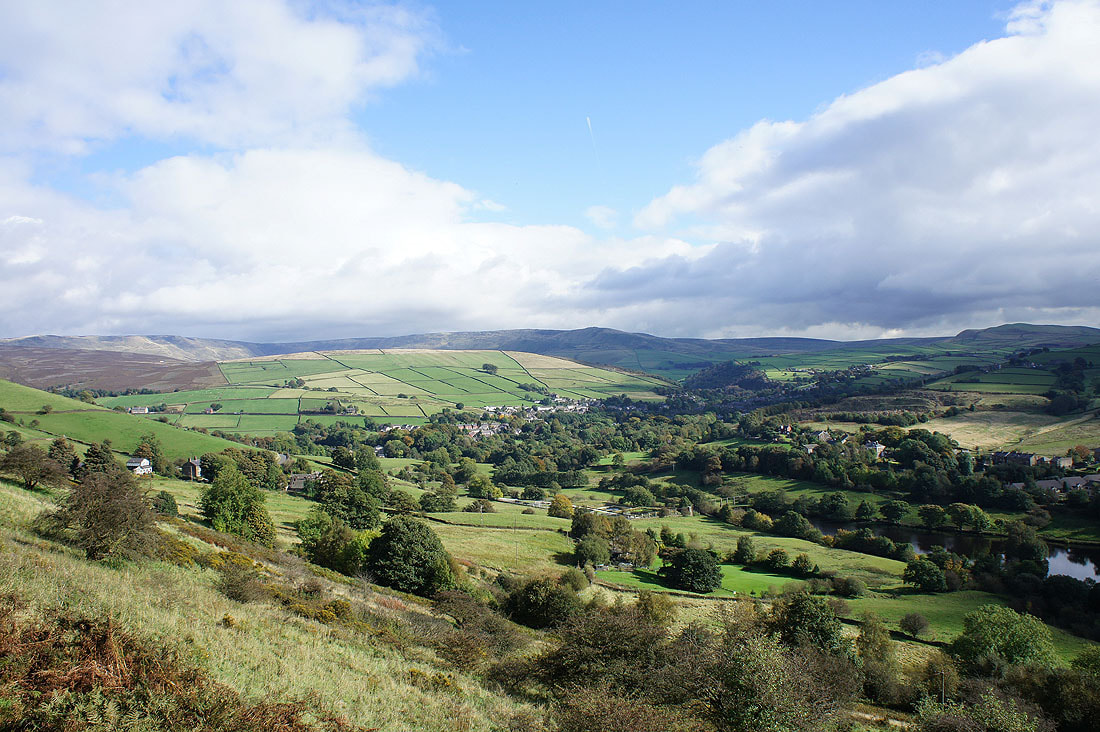 Hayfield and the Sett valley 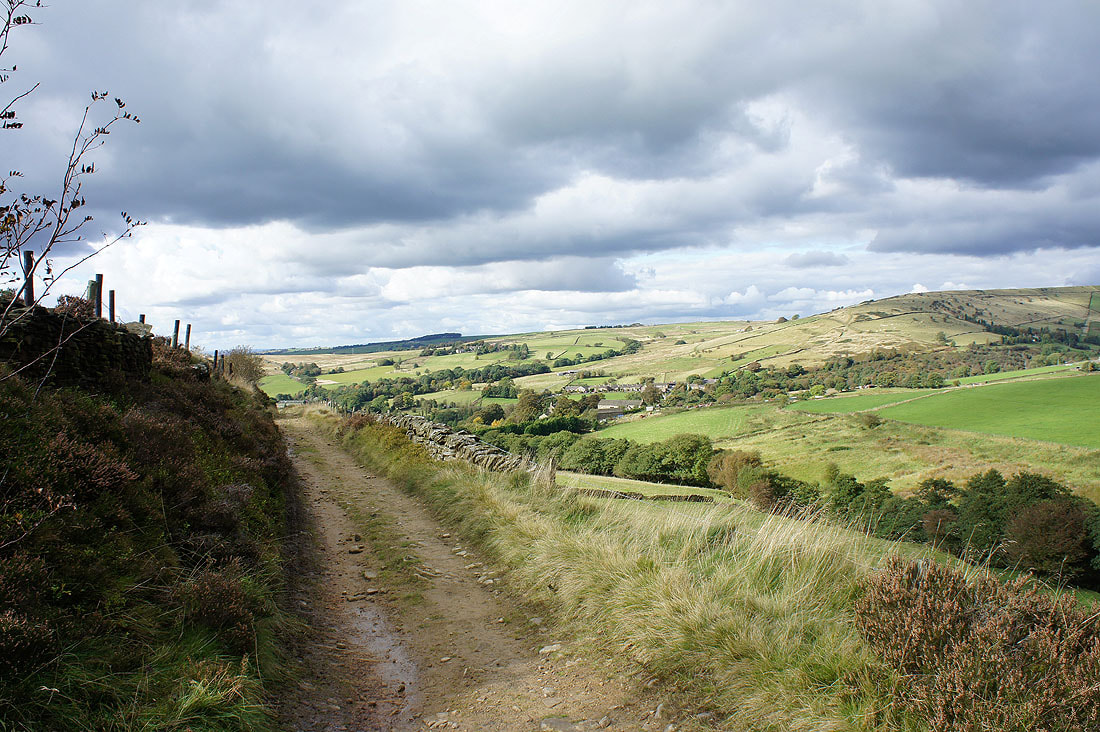 On the final stretch of the bridleway to Rowarth 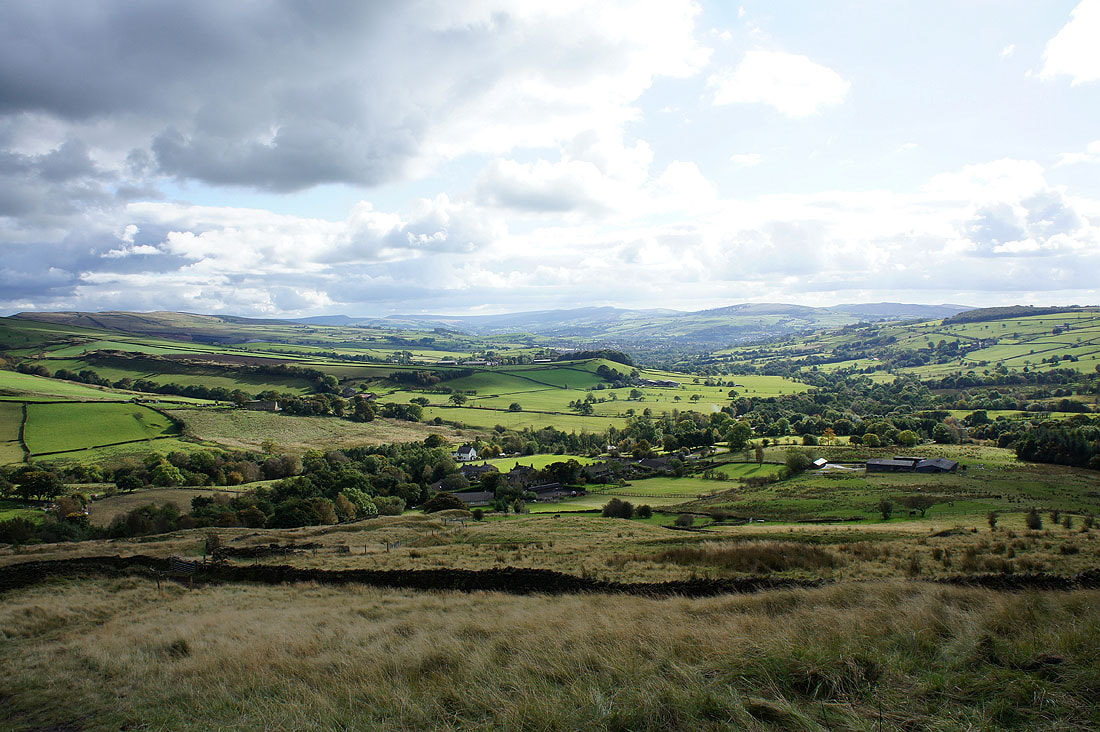 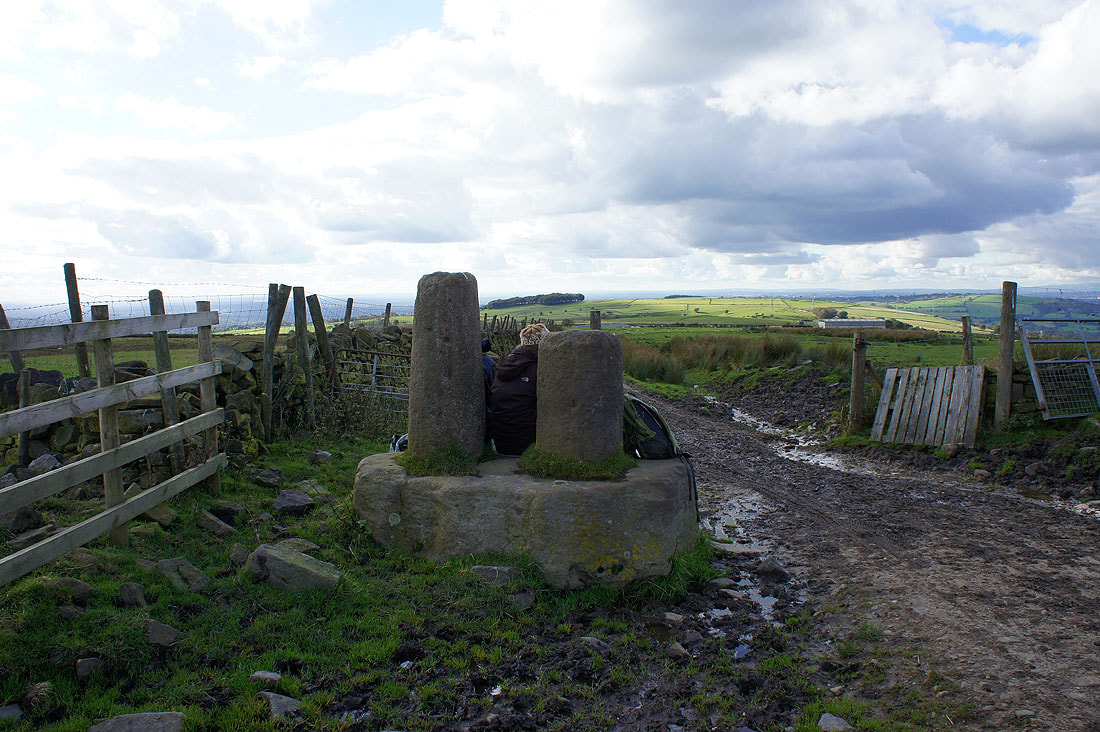 Robin Hood's Picking Rods. Mr Hood certainly got around. They're on the OS map and are just a short distance off the route I was following so I had to go and have a look at them. I've included a link to a site I found that has some information about them. 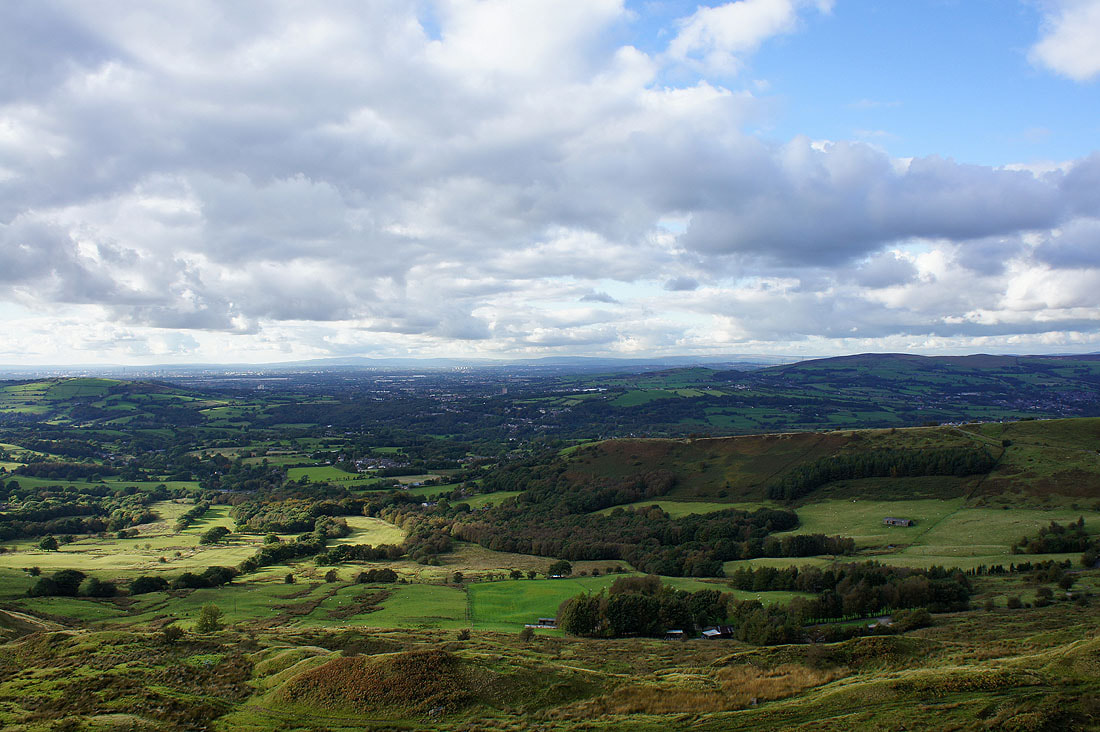 On Cown Edge. Hollingworthall Moor is on the right while in the far distance are Winter Hill, the West Pennine Moors and the South Pennines. 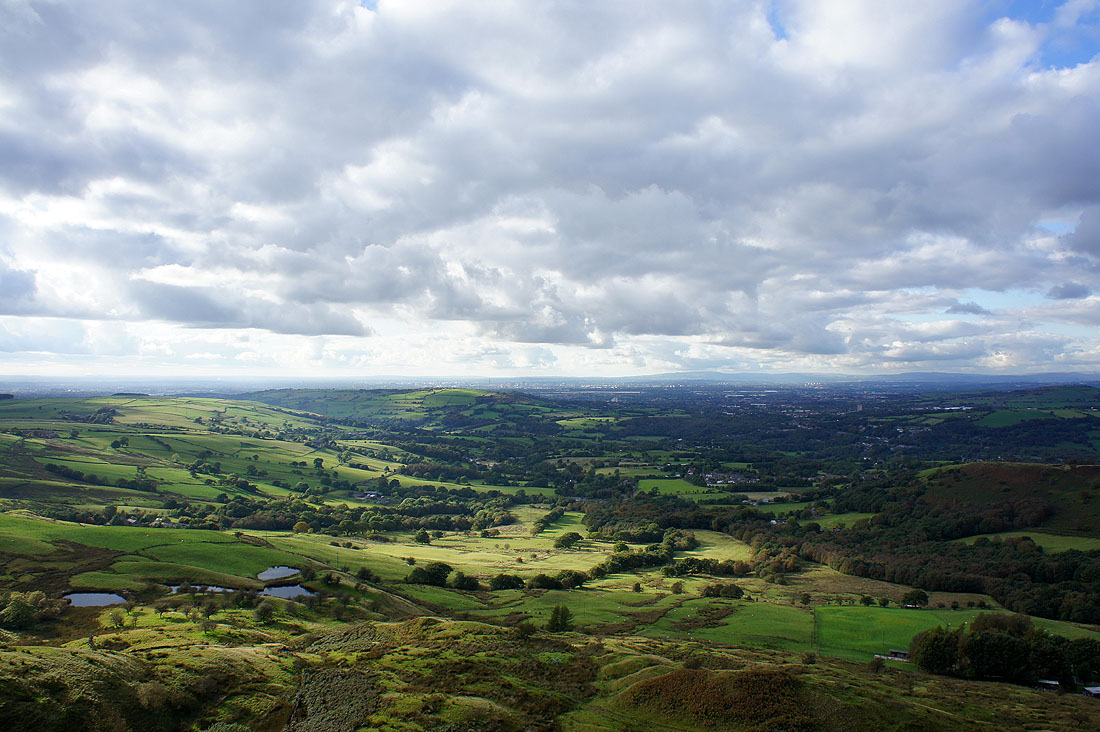 Manchester in the distance in the middle of the picture 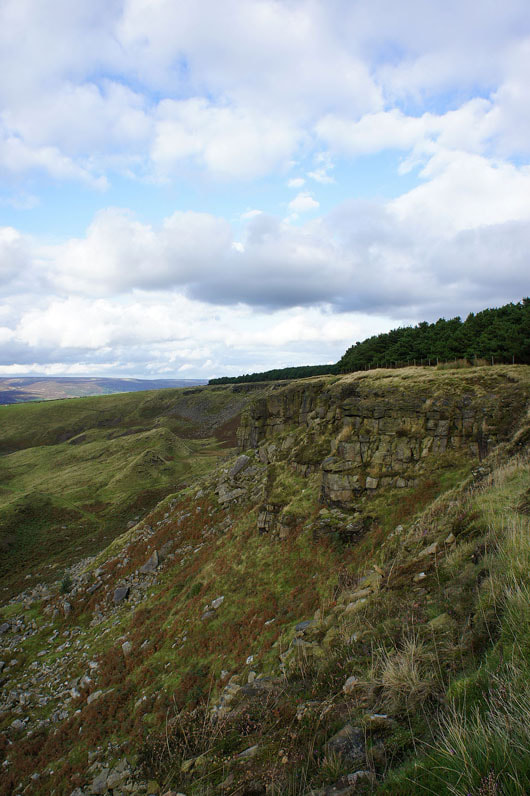 At the south end of Cown Edge looking north 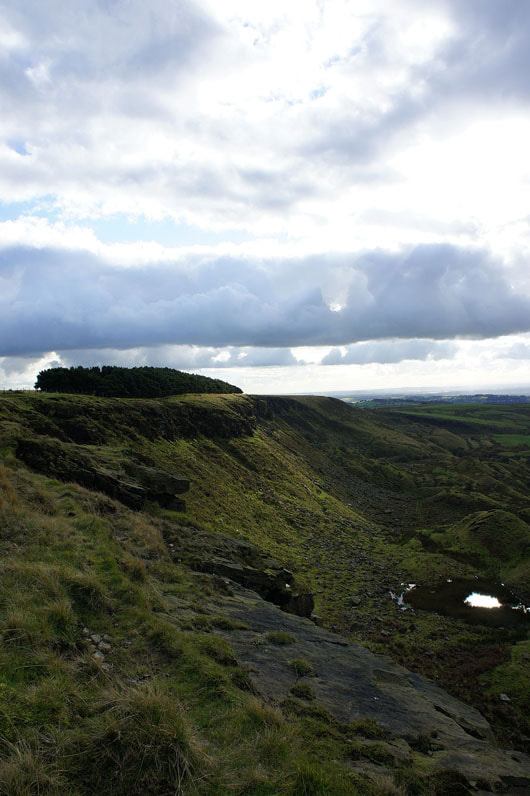 and at the north end looking south 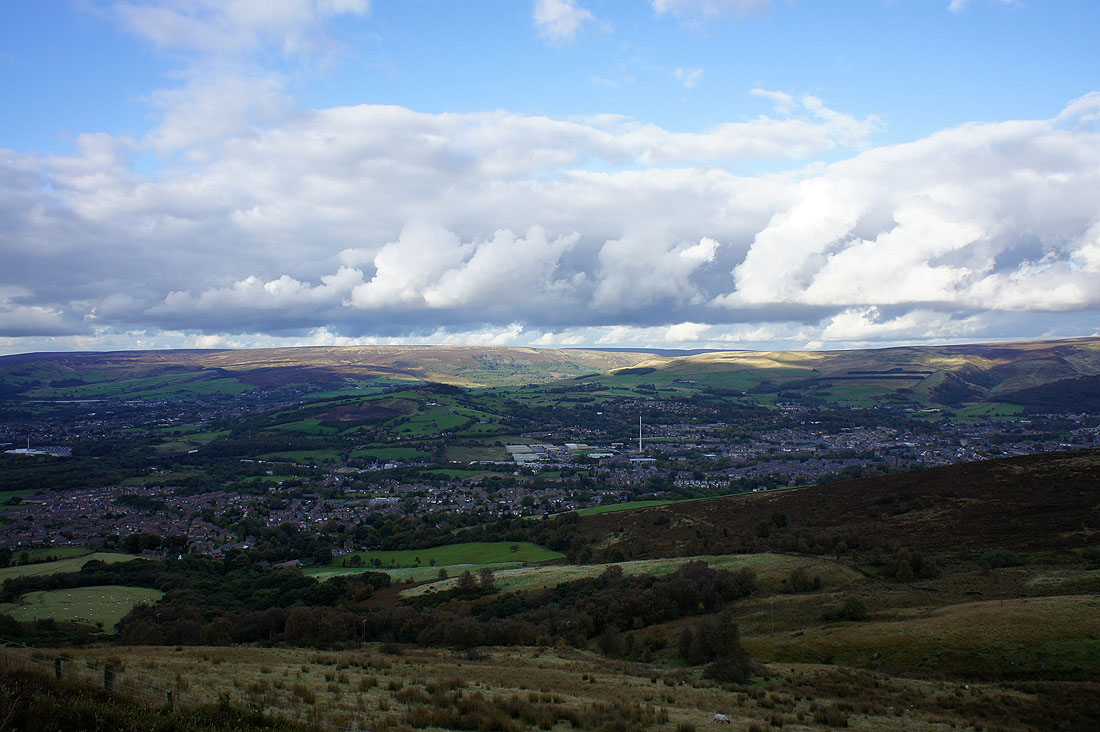 From Cown Edge I made my way down to Monk's Road for a brief time before rejoining the edge. Looking across Hadfield and Glossop to the moors above Longdendale. 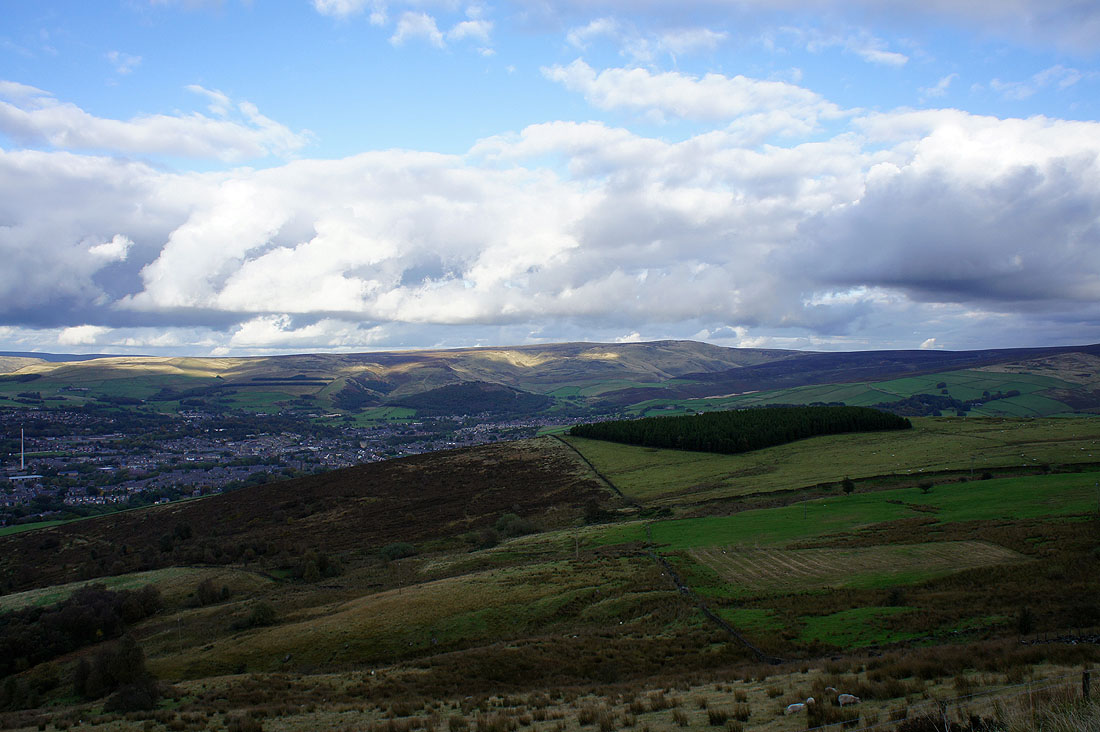 Bleaklow in the distance 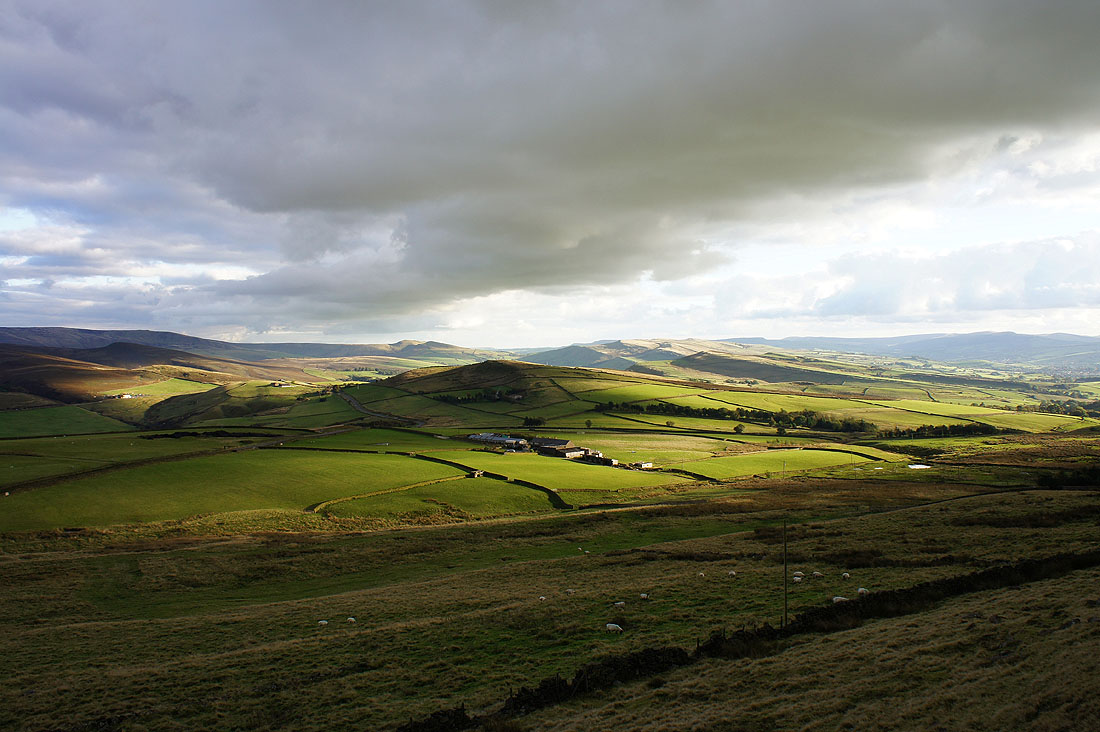 On the way down off Cown Edge with the final part of the walk ahead. Matley Moor is in shadow in the middle of the picture.
Return to HOME
Return to Peak District Walks
Return to Walking Diary 2012