The rain that I awoke to soon cleared today but it was forecast to remain windy so I decided on a fairly low level walk. I first visited Smearsett and Pot Scar back in July and I thought at the time that they were great viewpoints for Ingleborough and warranted another visit when the weather for photography was better. I wasn't disappointed.

I started this walk from the layby on the B6480 at Buck Haw Brow. A brief walk back along the road towards Settle brought me to a gate that allows access to the fellside. I then walked along Giggleswick Scar until I reached the Schoolboys Tower cairn and then it was down to Stackhouse. A walk through fields brought me to the lane to Little Stainforth. After passing through Little Stainforth the best part of the walk lay ahead, Smearsett Scar and Pot Scar. My route back was through Feizor and along a couple of lanes to the layby.
Route map 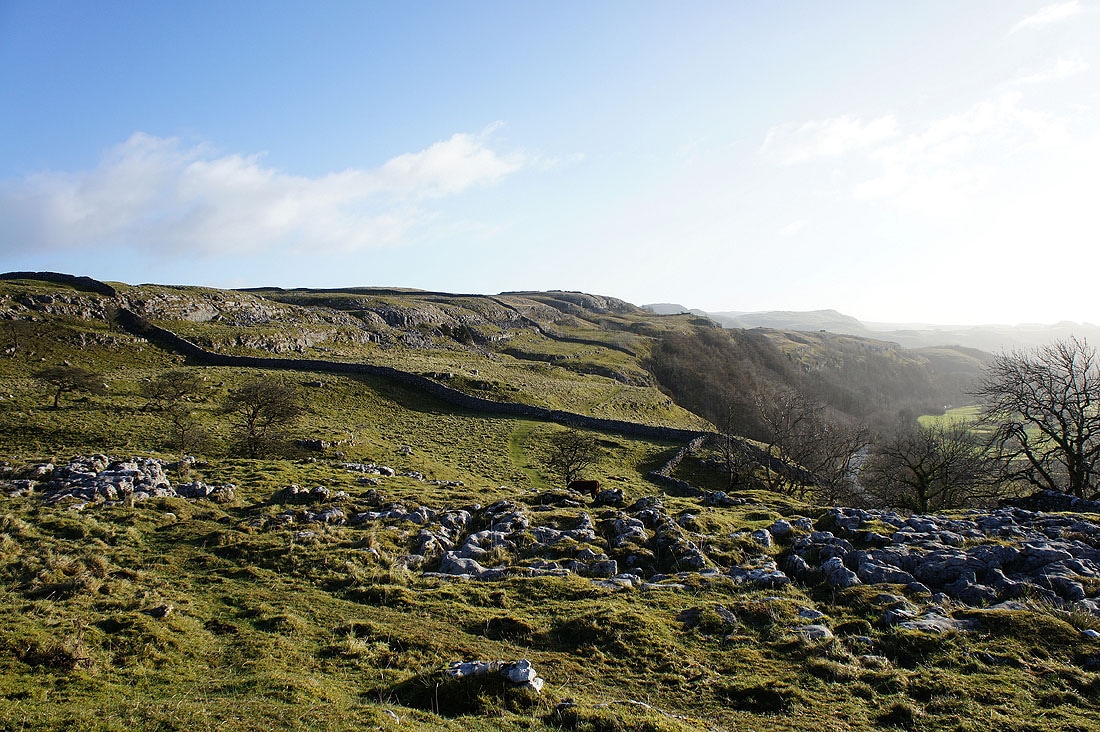 On the path above Giggleswick Scar 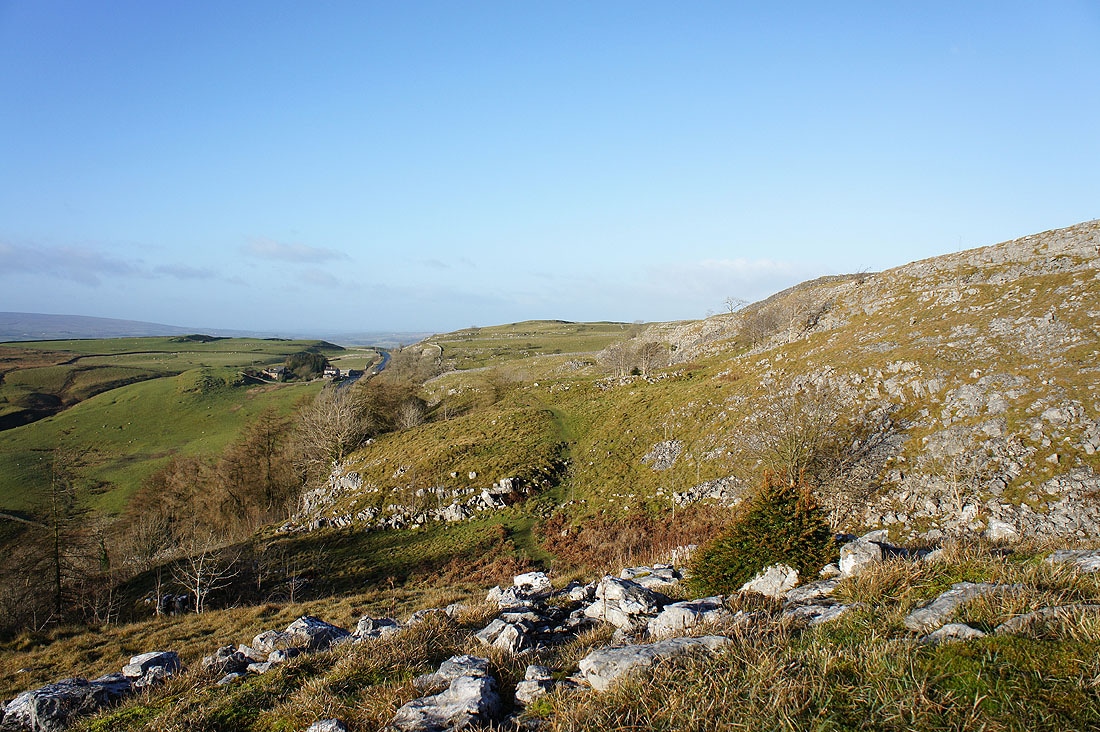 and looking back the other way 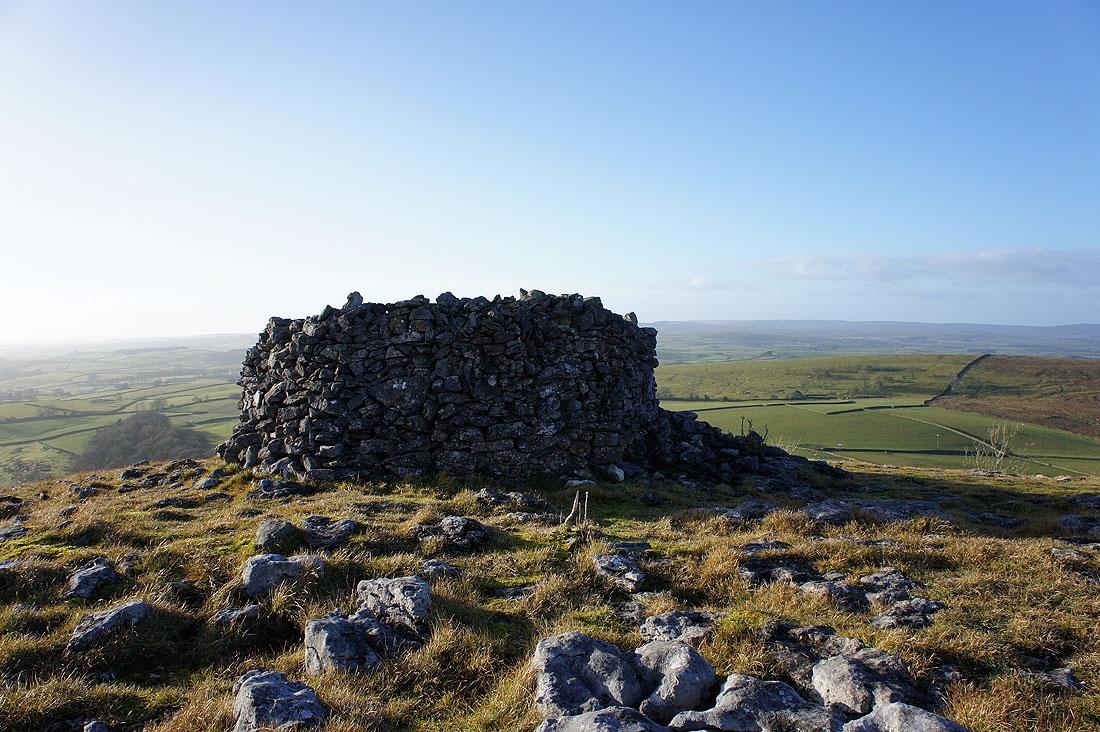 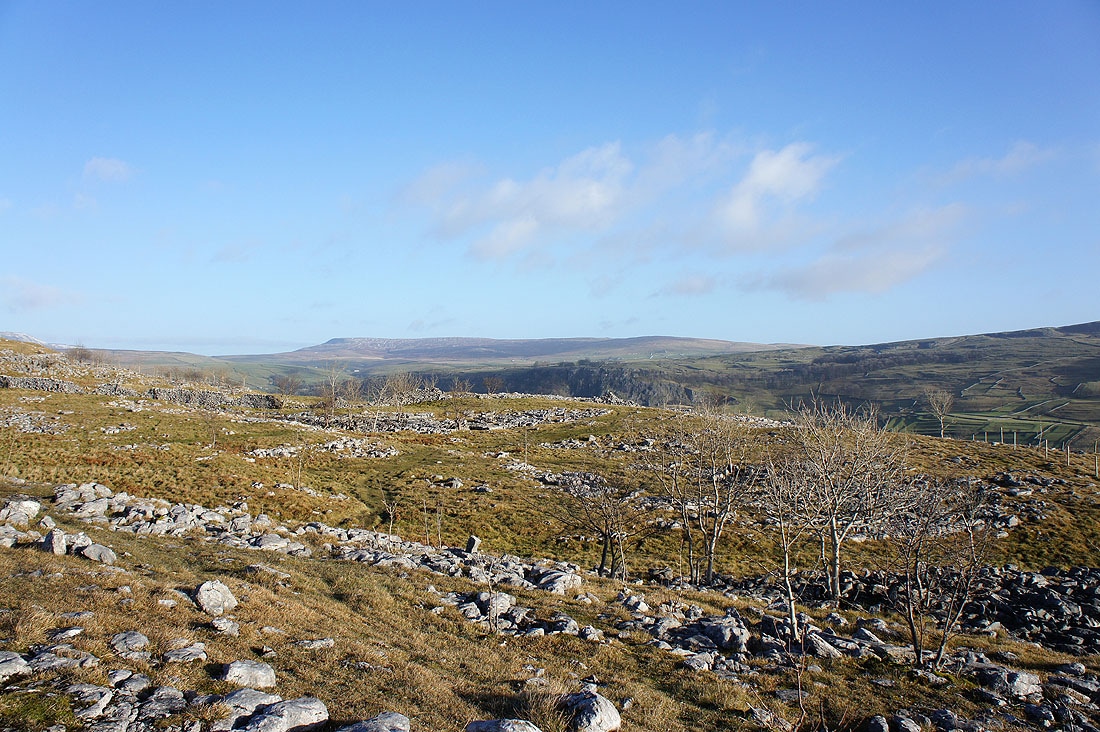 A view of Fountains Fell from the cairn 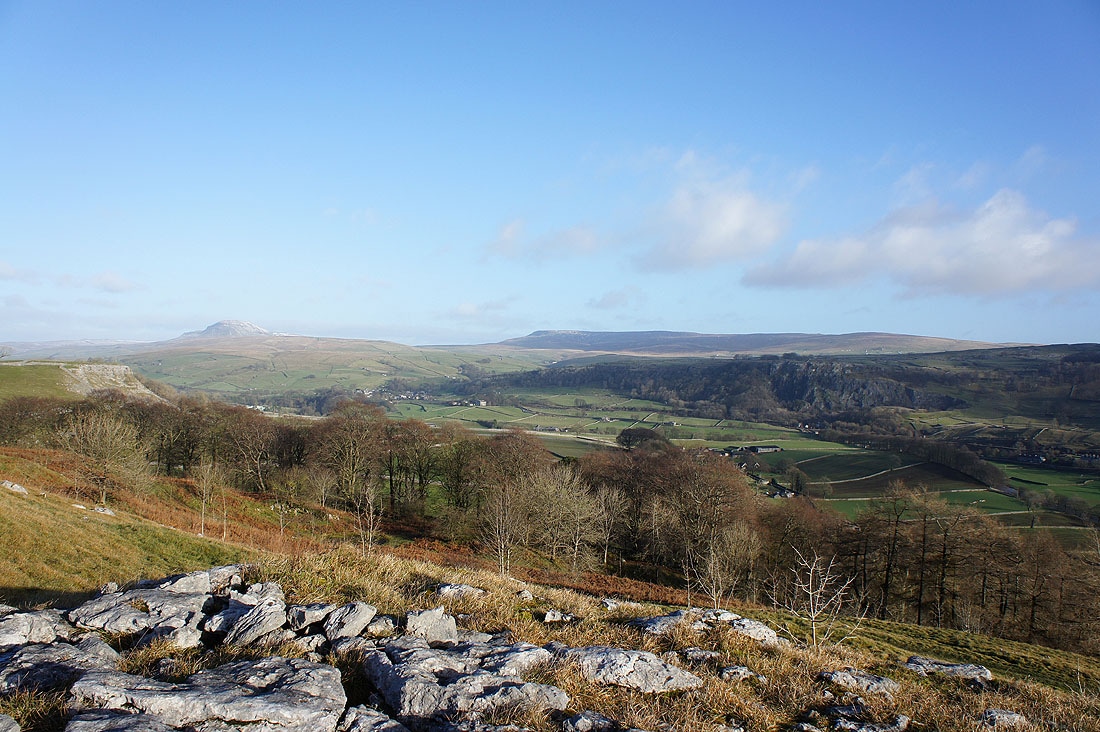 As I head down into Ribblesdale, Penyghent joins the scene. That's Reinsber Scar on the left of the picture. 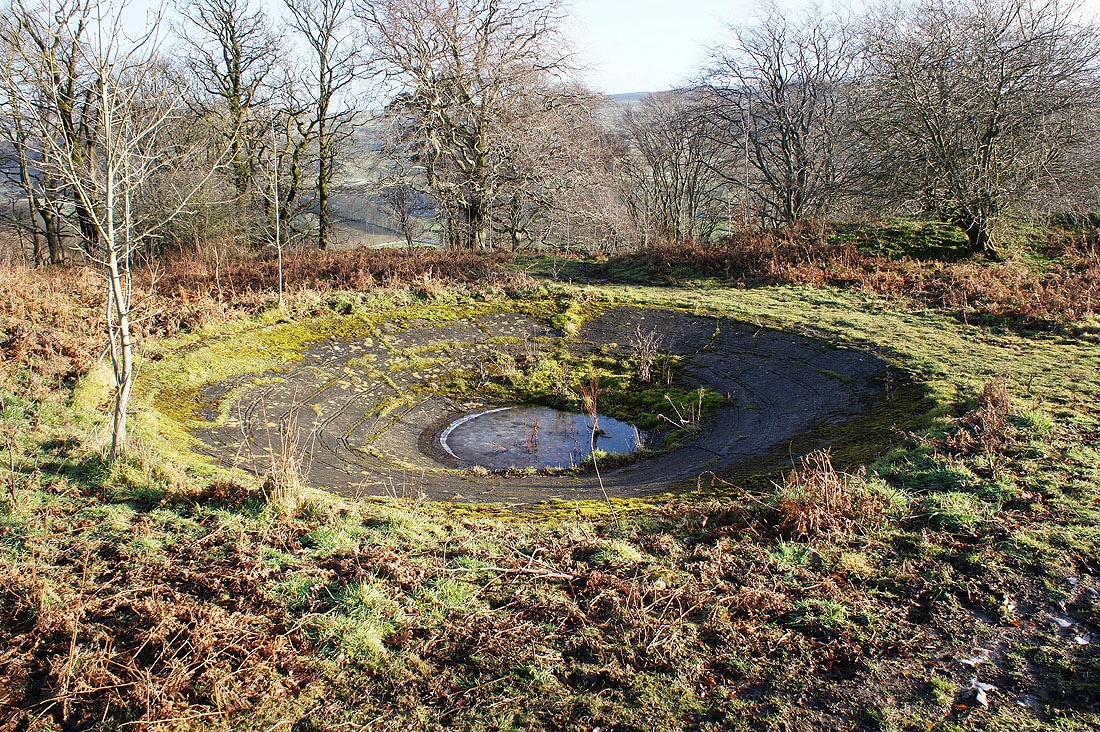 My route took me past this dew pond 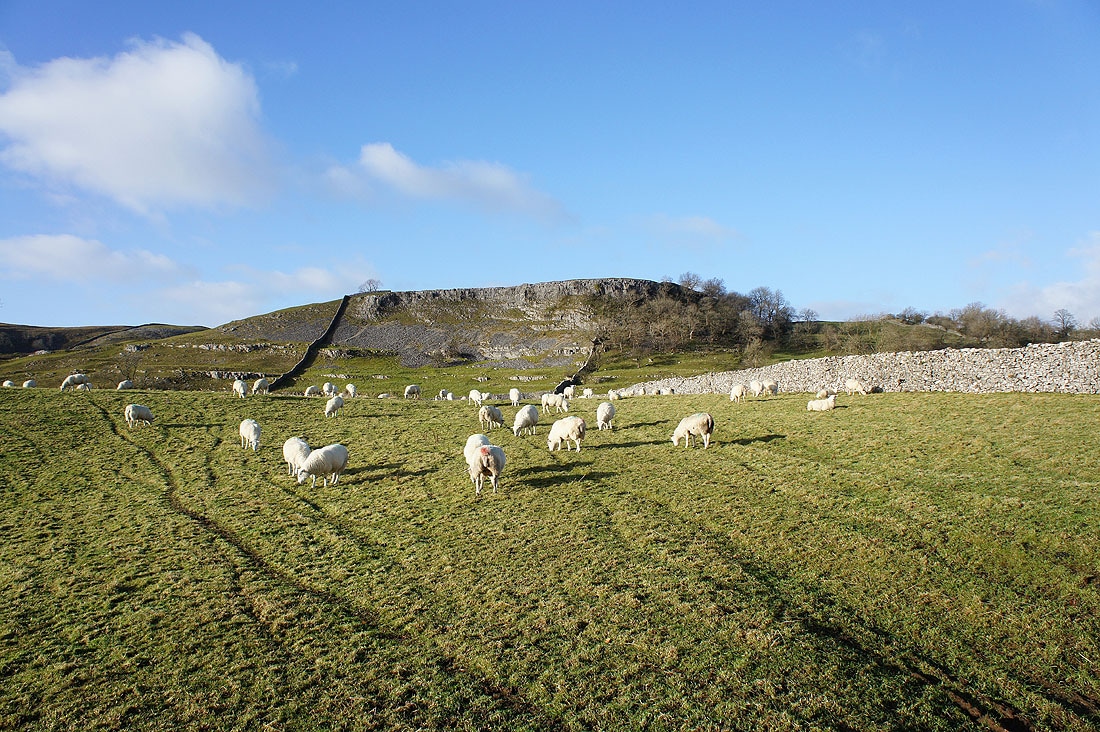 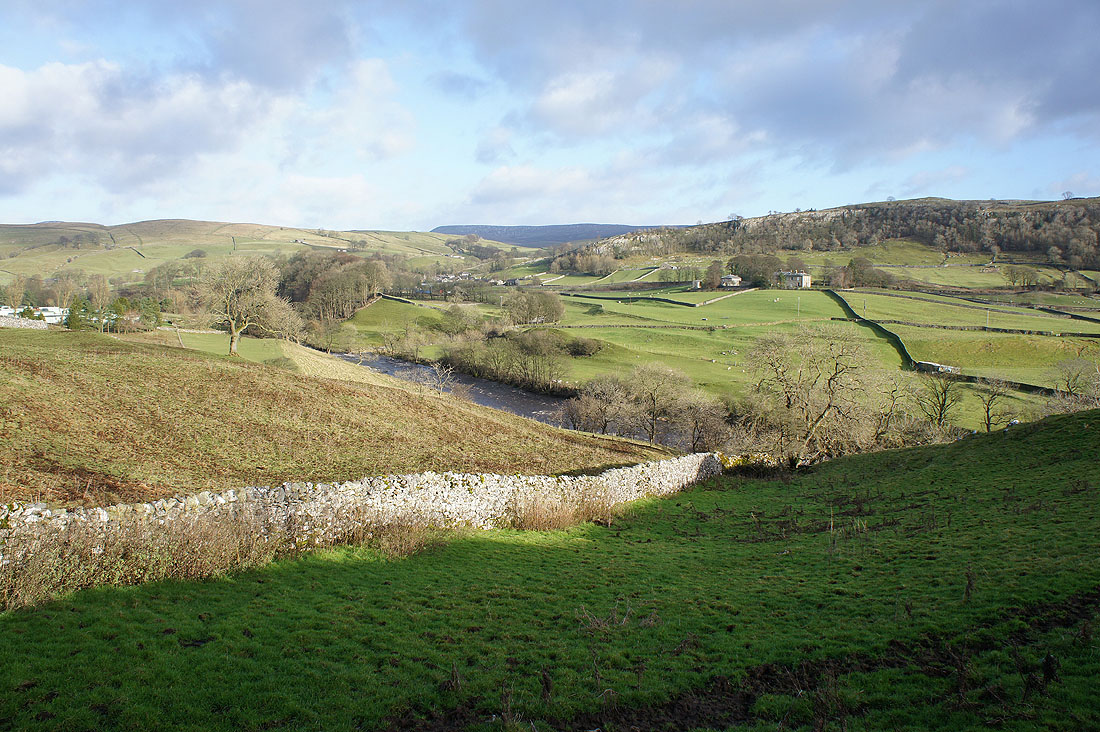 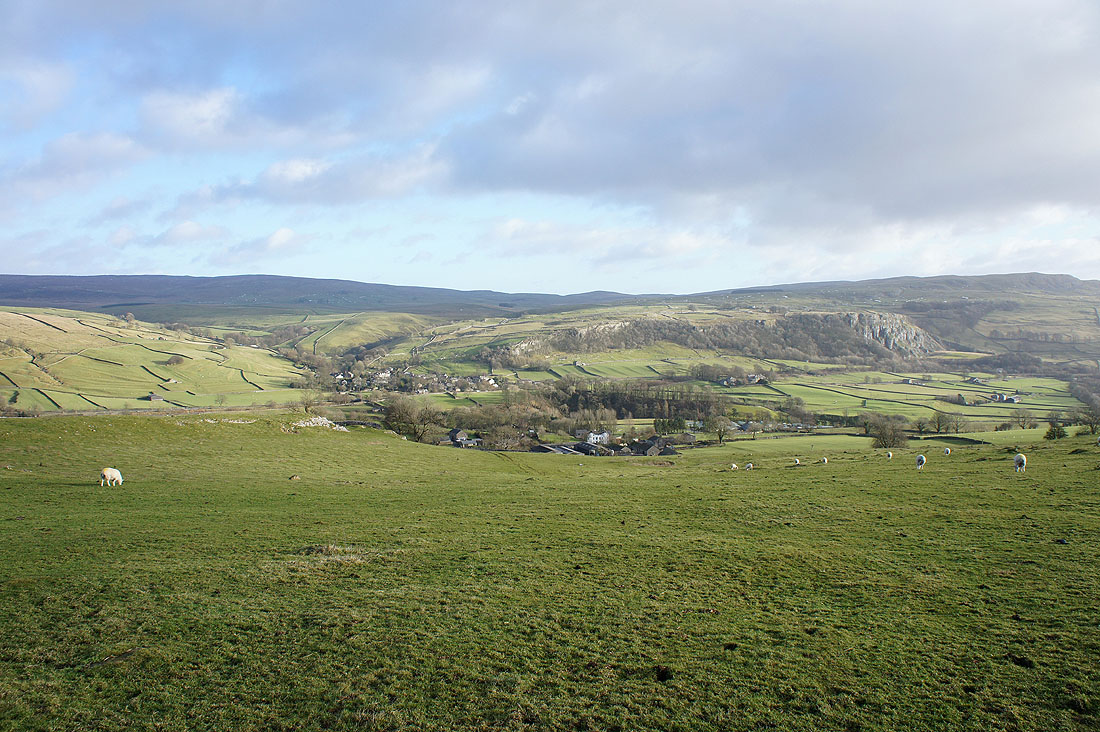 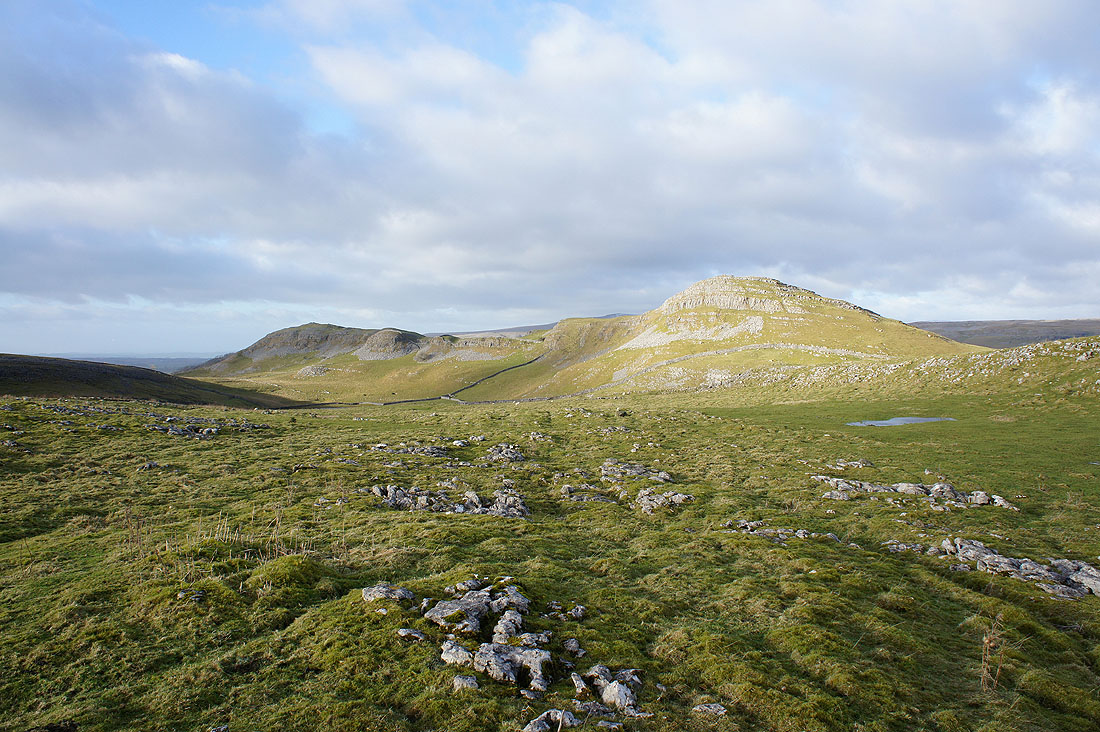 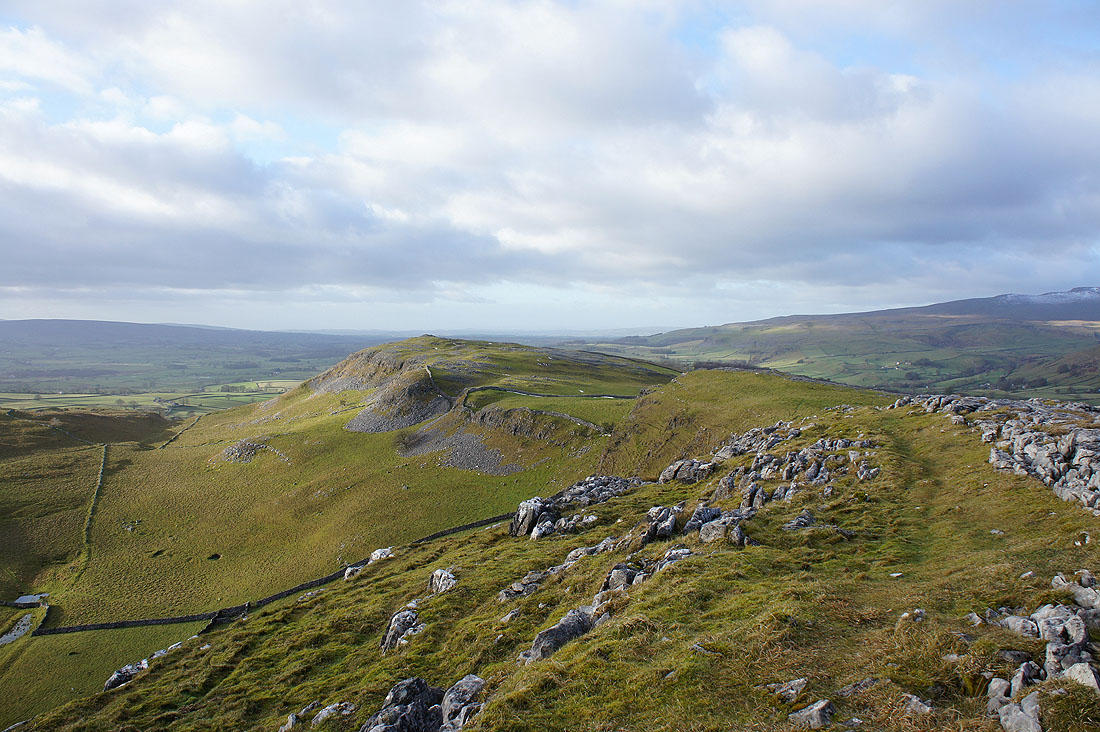 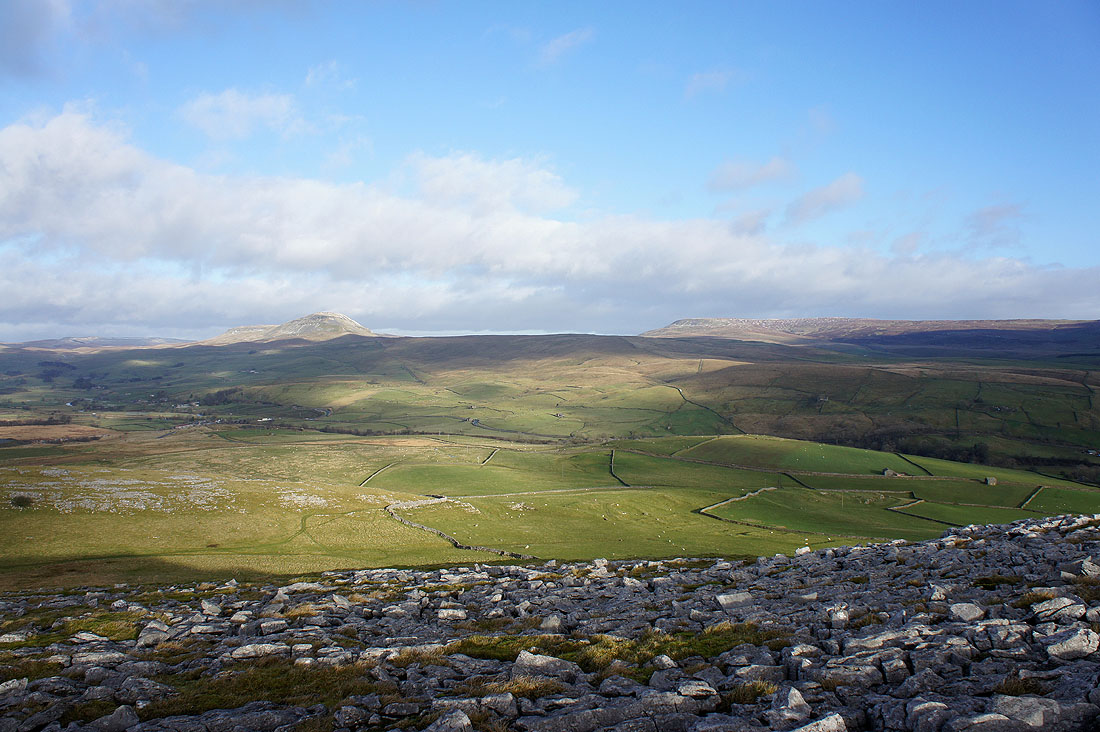 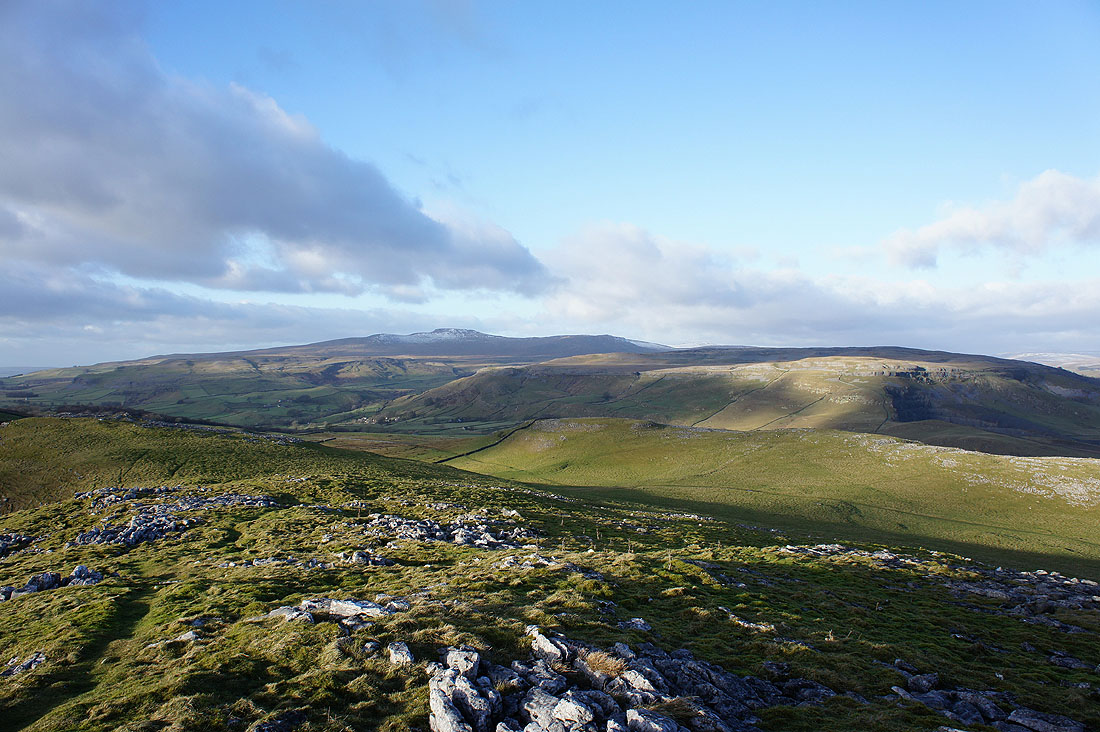 A fantastic view of Ingleborough 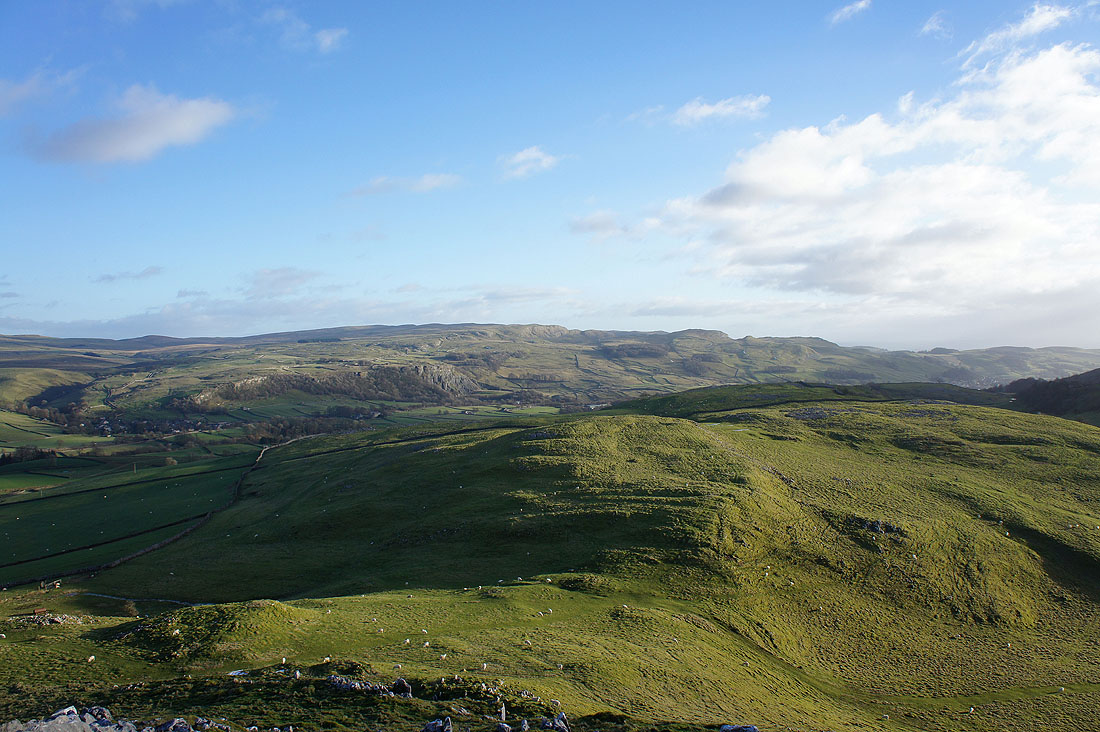 Attermire Scar and Warrendale Knotts on the other side of Ribblesdale 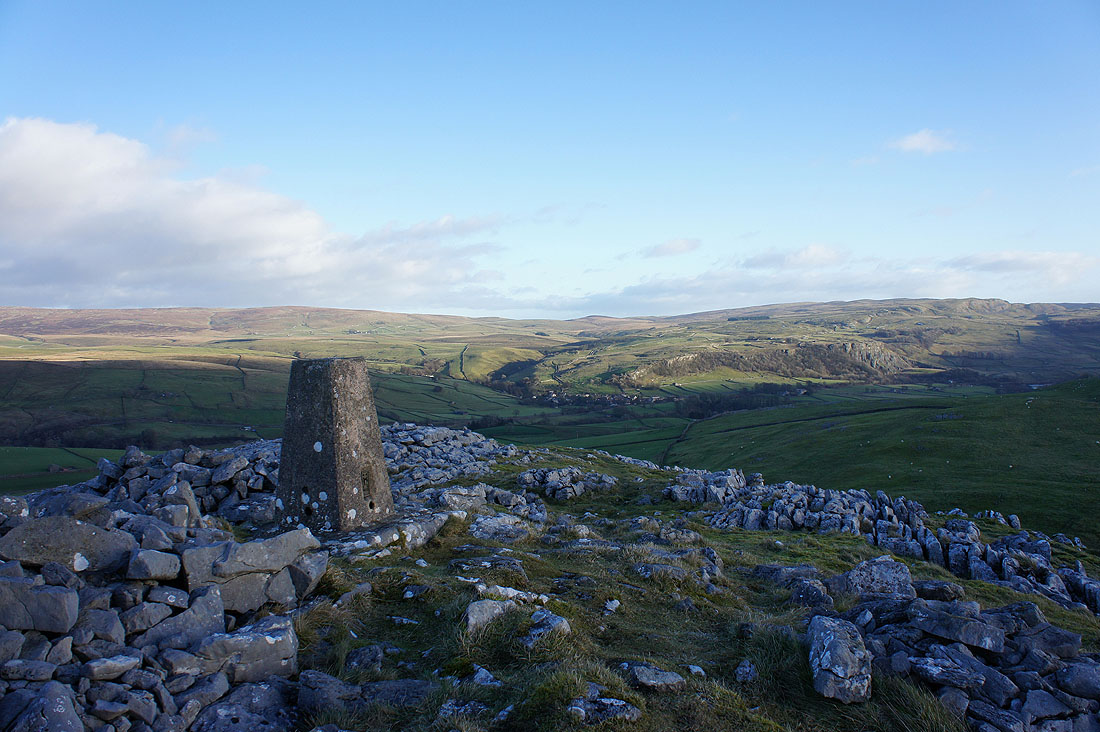 By the trig point on Smearsett Scar. The valley of Stainforth Beck that leads to Catrigg Force is to the right of the trig point. 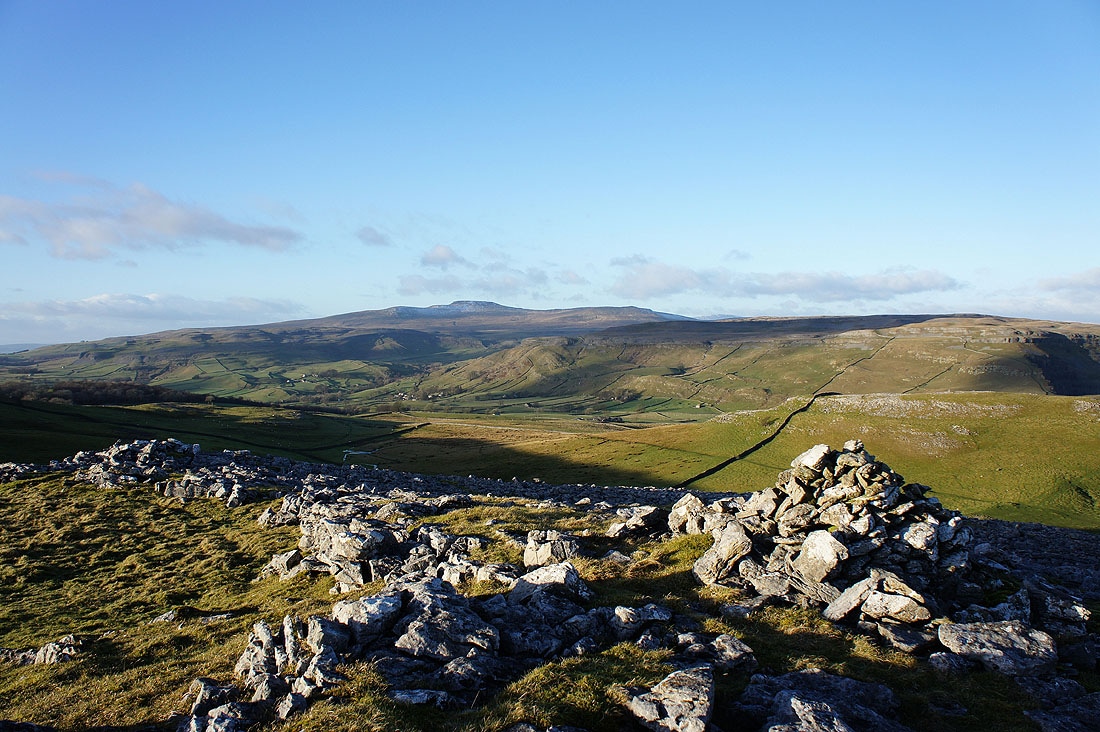 Wandering across to Pot Scar this cairn provided an excuse to stop for another shot of Ingleborough, as if I needed one 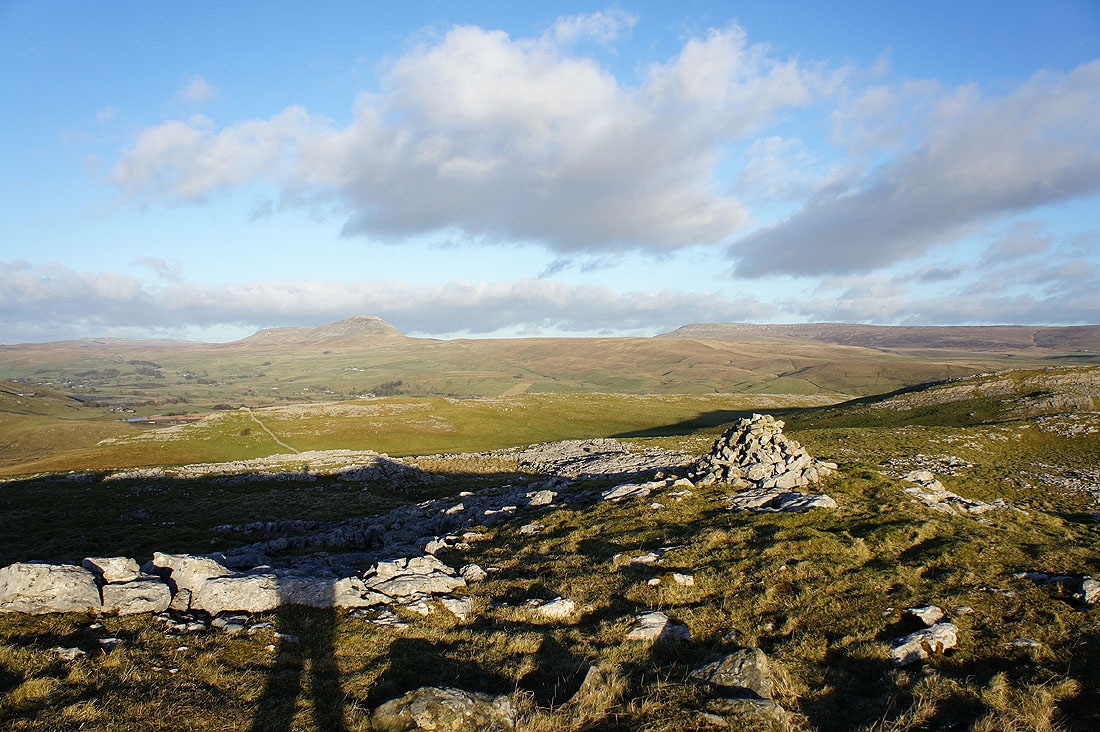 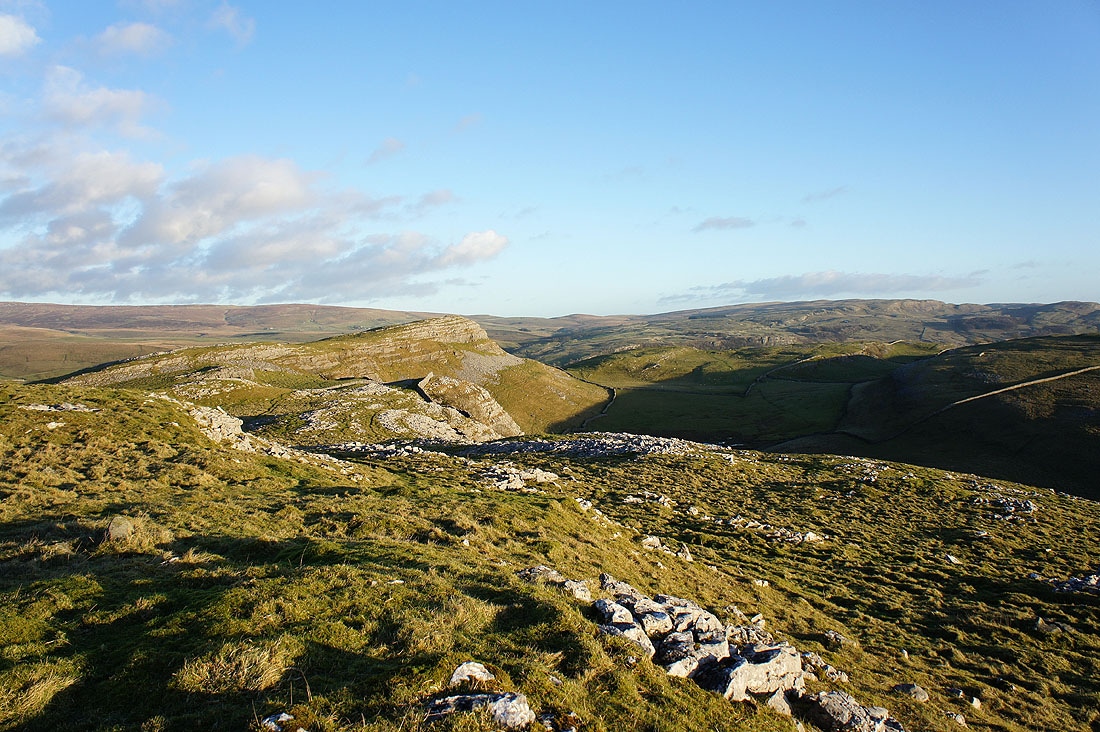 Looking back to Smearsett Scar from Pot Scar 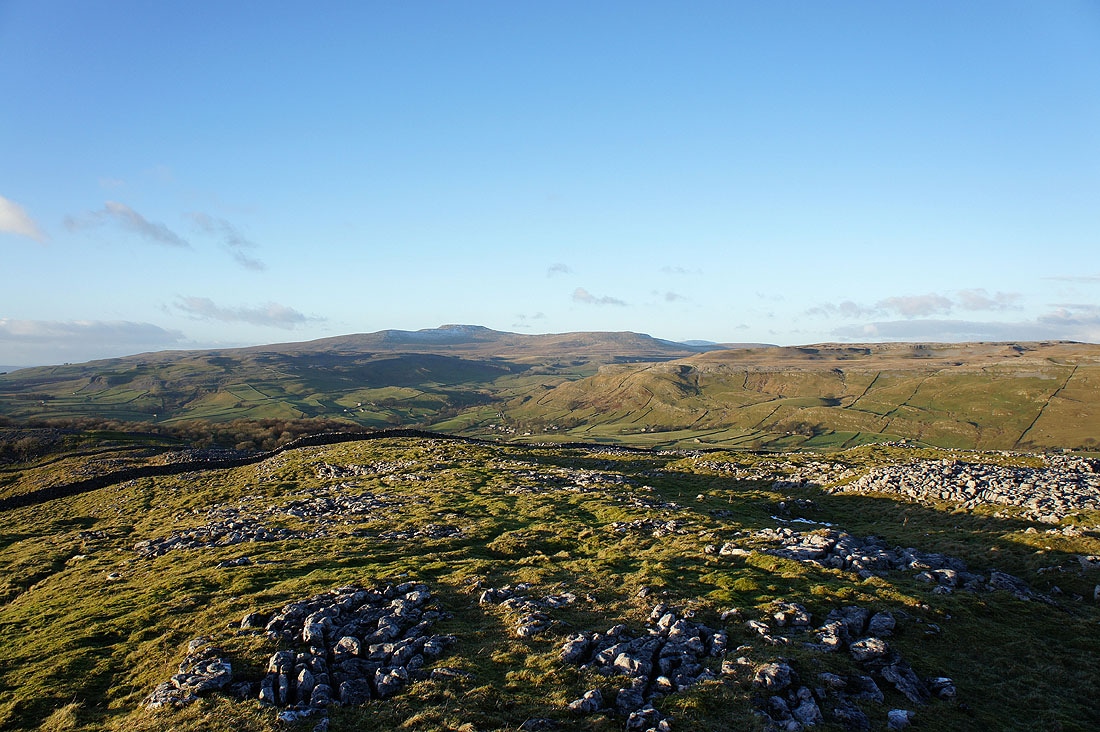 Ingleborough from Pot Scar. I think the view is even better than from Smearsett Scar. 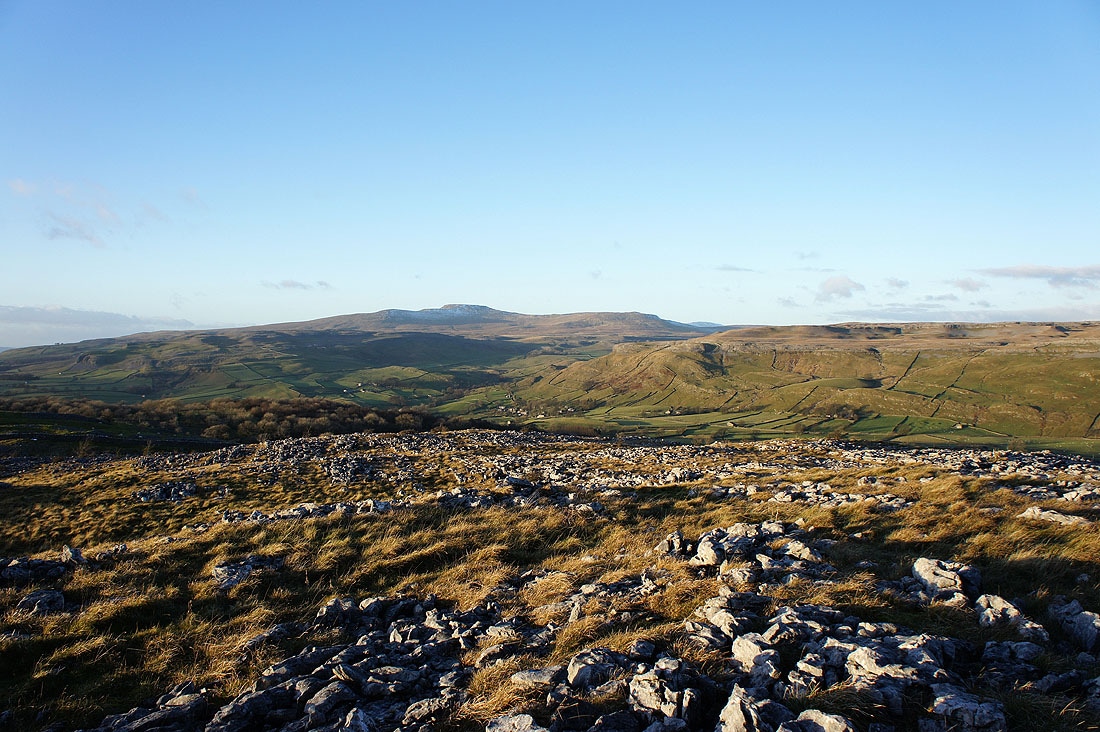 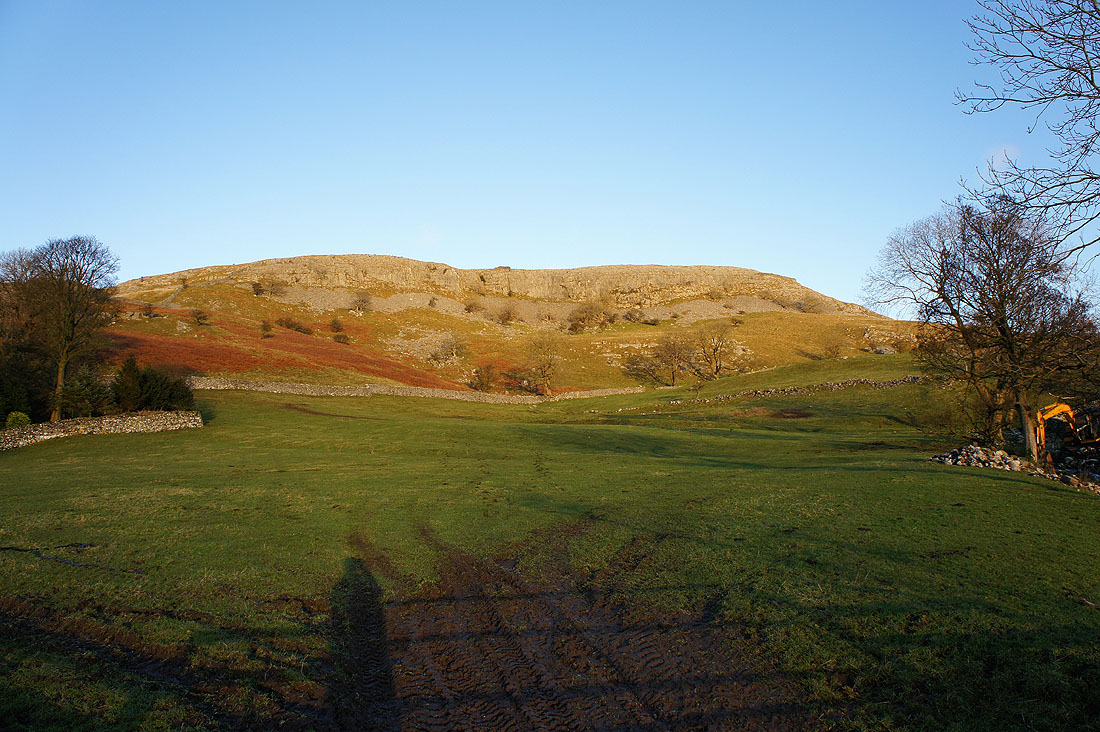 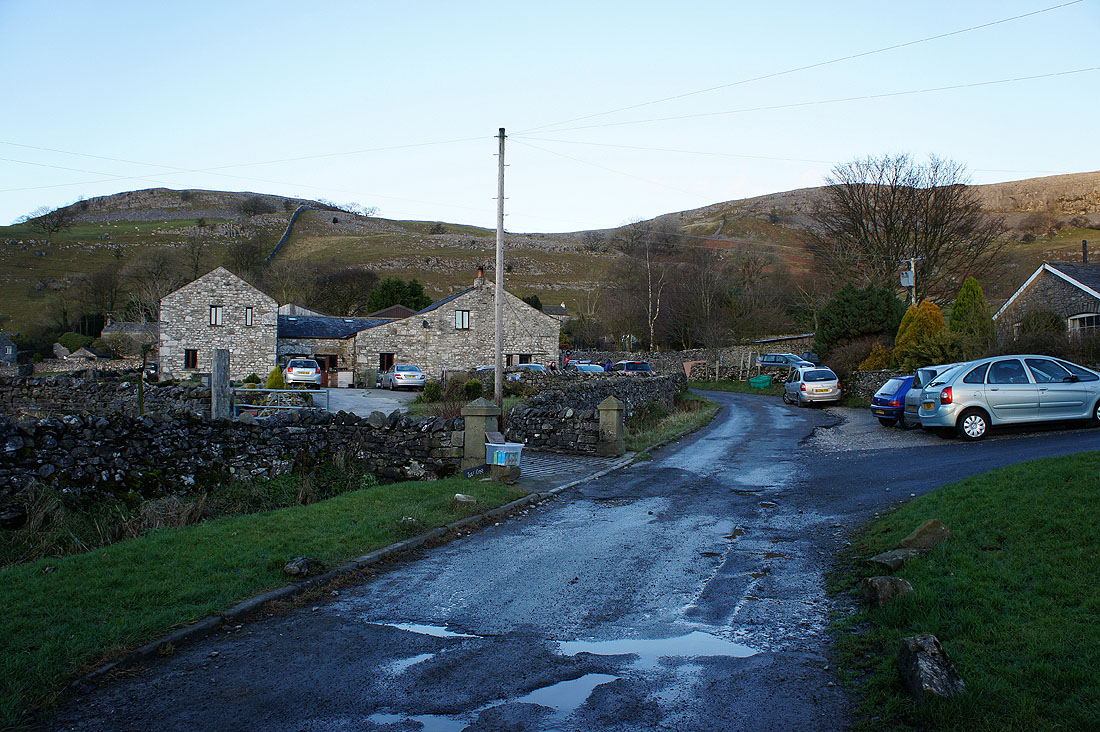 Passing through Feizor. No time to stop and take advantage of the tea-room I'm afraid. 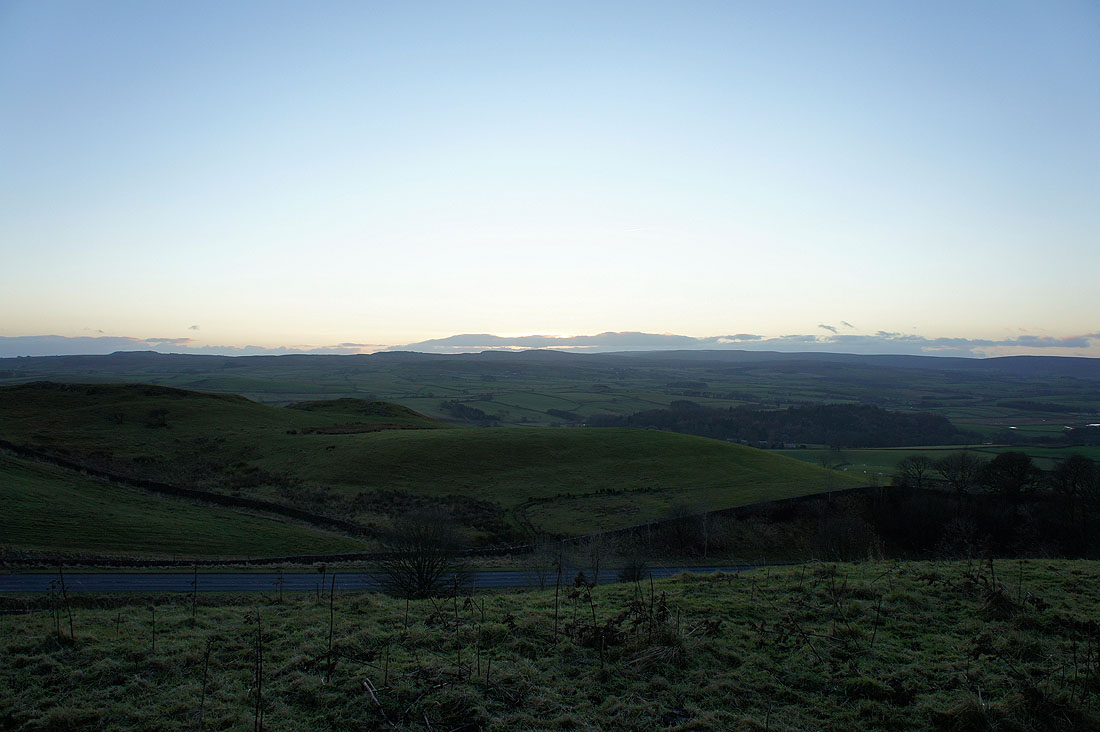