Time taken: 7 hrs (including a stop in Watendlath)

It's Wednesday and there's been a change in the weather. As forecast it's clouded over during the night, the wind has picked up, especially on the high fells and it's pretty hazy. The walk I did today was one that I had planned for such weather. It did brighten up a little during the afternoon but any sunshine was fleeting, which was a shame given the amount of heather in bloom, especially around Dock Tarn. While in Watendlath I decided to take advantage of the cafe and I ended up having quite a lengthy break.

From the car park in Rosthwaite I crossed the main road and made my way up the lane towards the Hazel Bank hotel. I then made my way south along the Cumbria Way towards Stonethwaite before taking the path up through the woodland by Willygrass Gill to Lingy End. I kept on this path until just past Dock Tarn where I left it to head for the summit of Great Crag. After taking in the views I returned to the footpath and made my way down to Watendlath. From Watendlath I took the bridleway to Puddingstone Bank and when I reached its top I turned right and did the short climb to Brund Fell, the summit of Grange Fell. Next stop was King's How, after which there was a steep descent through the woodland to the north of the summit and onto the bridleway that brings you out to the Borrowdale Road at Cummacatta Wood. There was then a brief walk north along the verge and into Grange, where after crossing the bridge I turned left and followed the bridleway back to Rosthwaite.
Route map 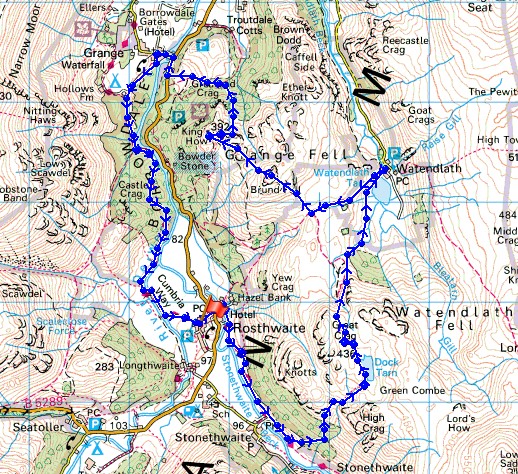 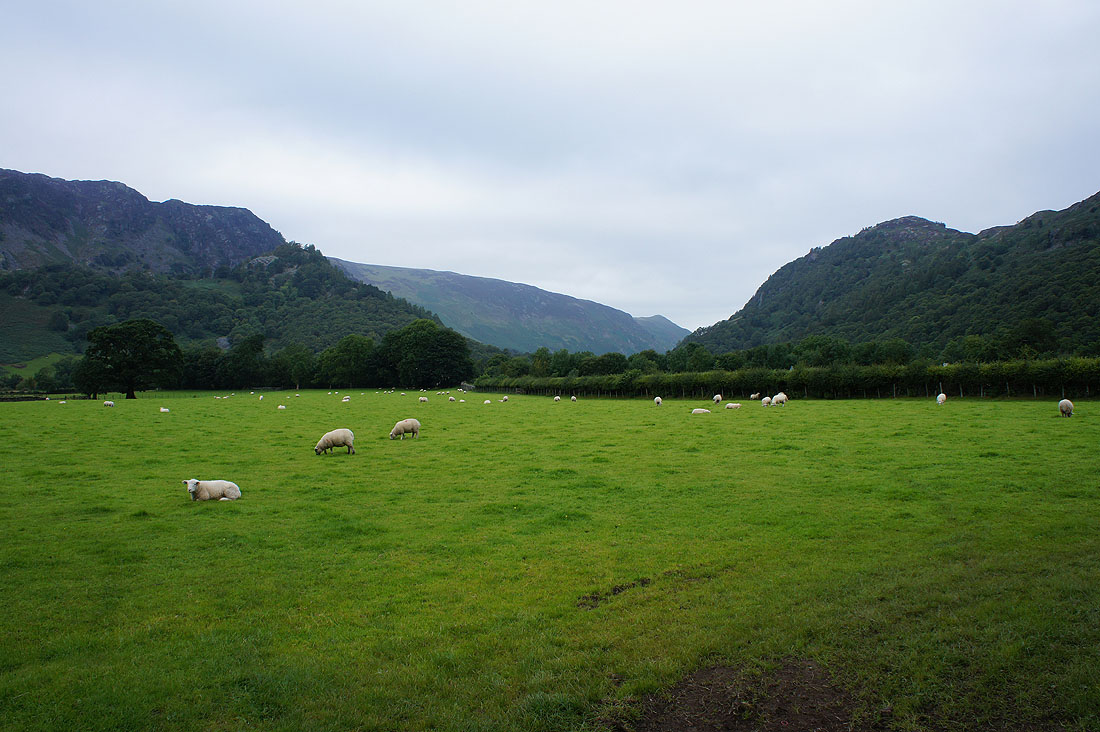 No sunny start in Rosthwaite this morning. It's cool and grey, though it is forecast to brighten up later. 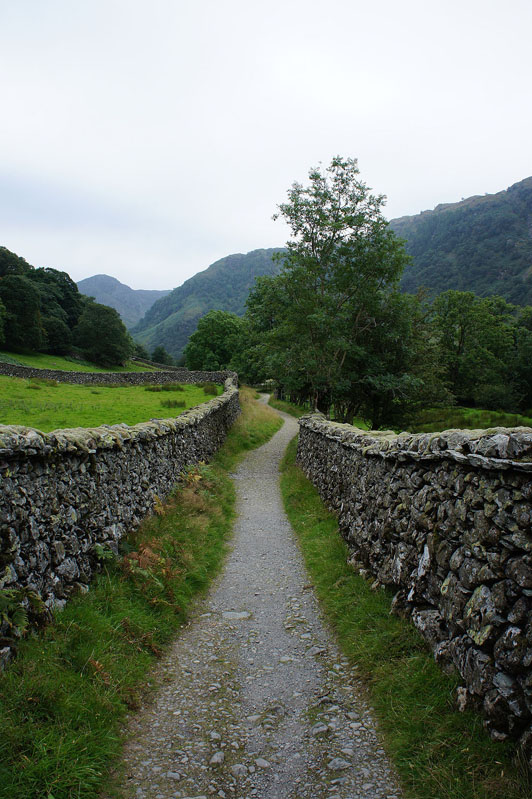 On the bridleway to Stonethwaite 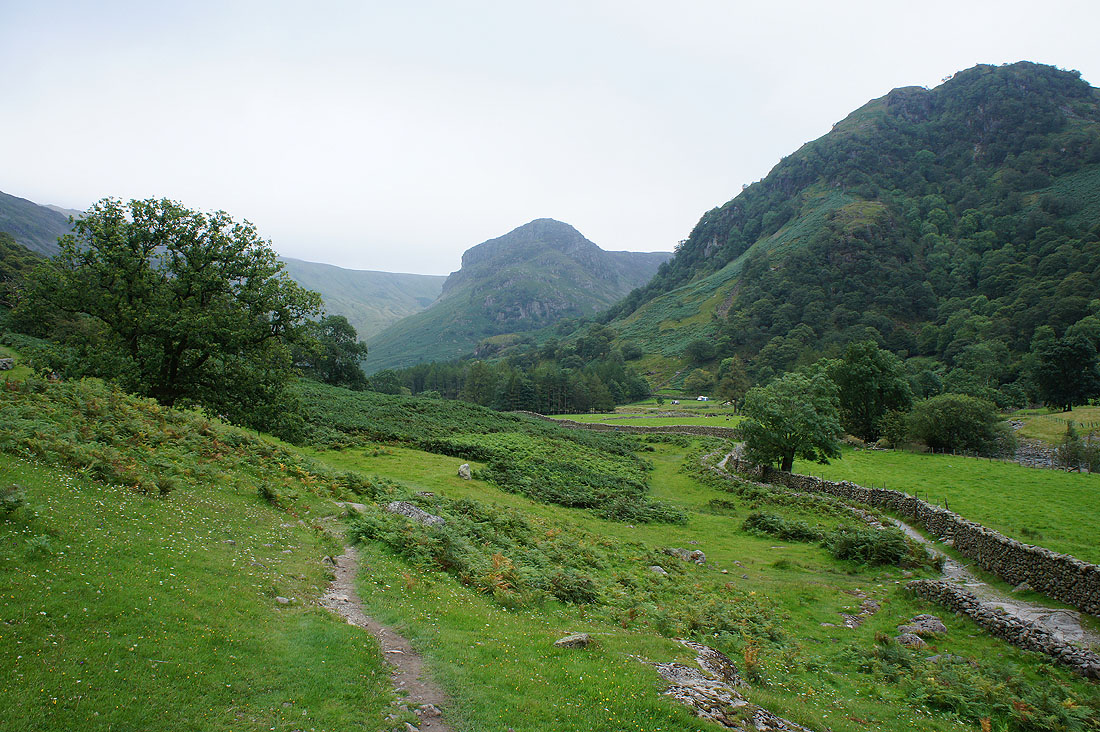 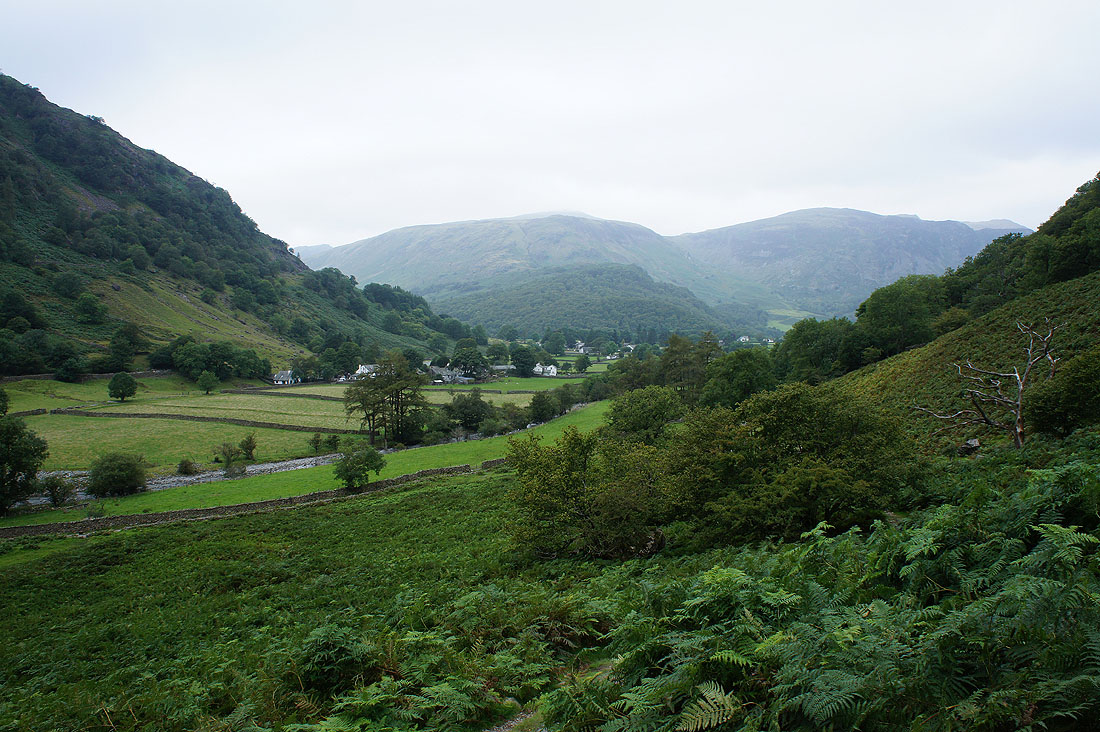 Looking across to Stonethwaite and the fellside of High Scawdel 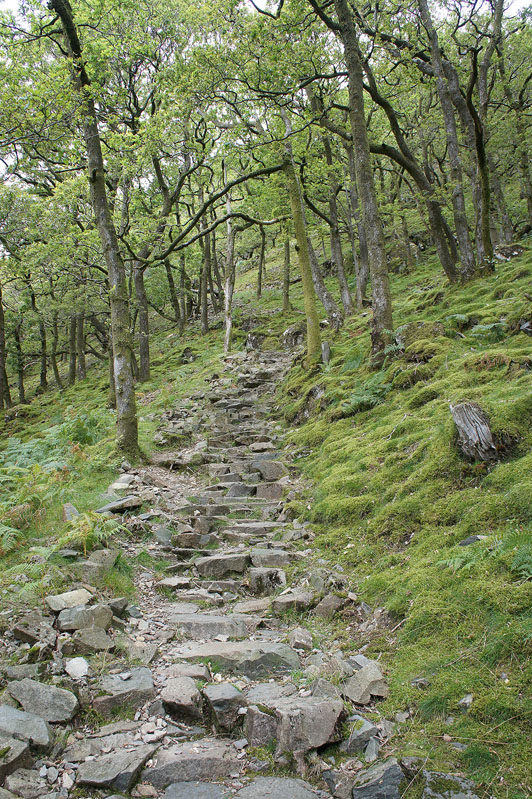 Up the steep pitched path 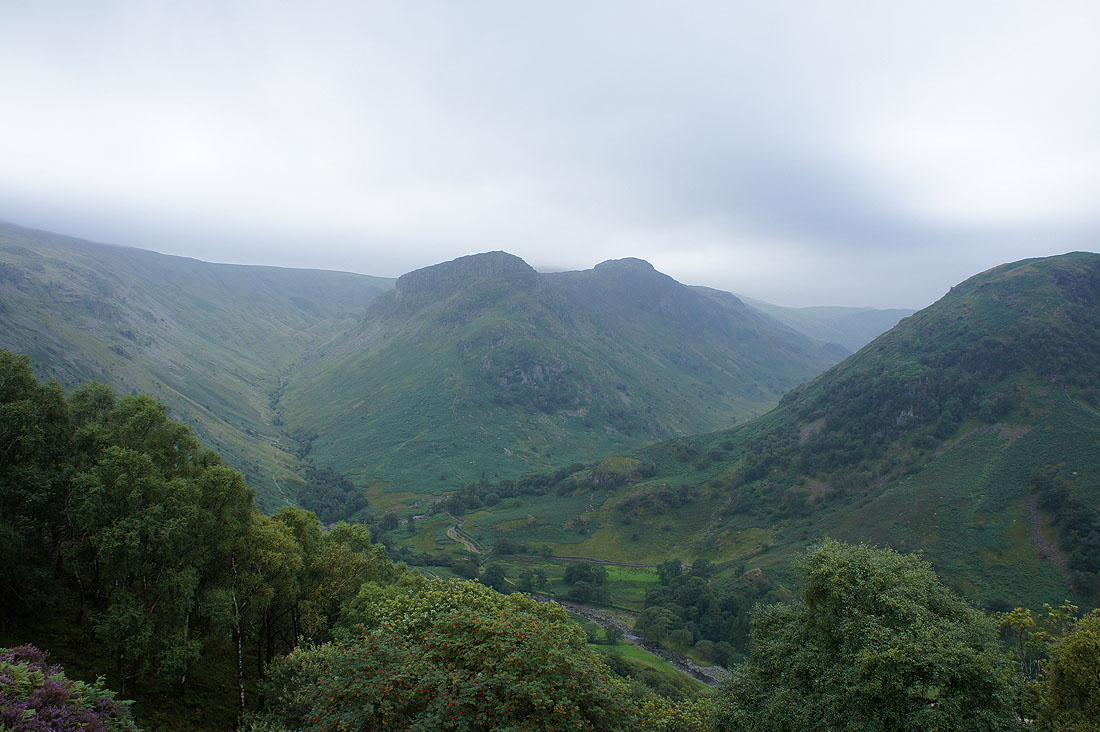 Eagle Crag and Sergeant's Crag as I reach Lingy End 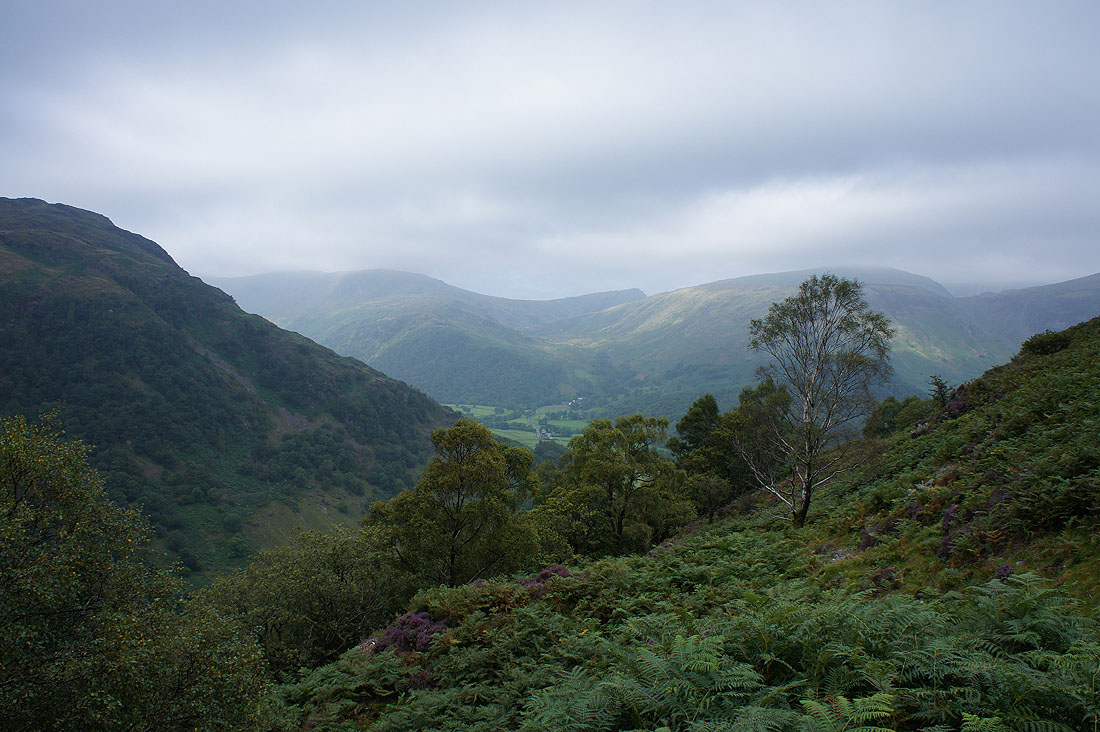 Looking across Borrowdale to Grey Knotts, Honister Crag and Dale Head. It seems to be brightening up a bit. 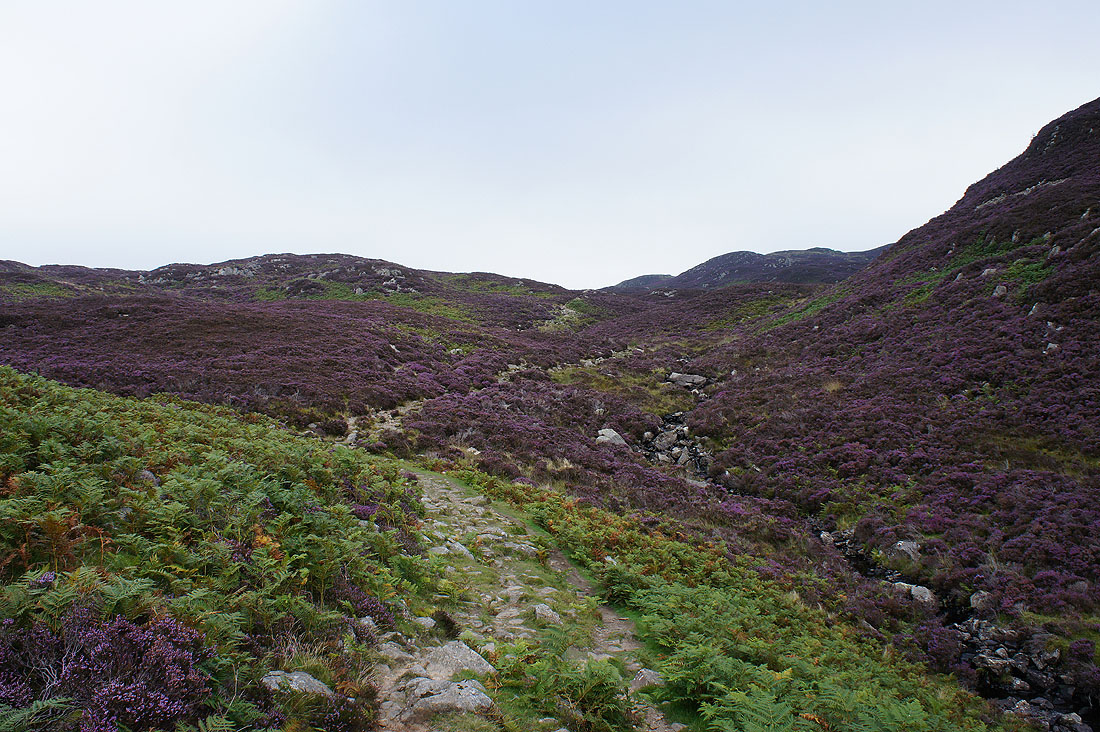 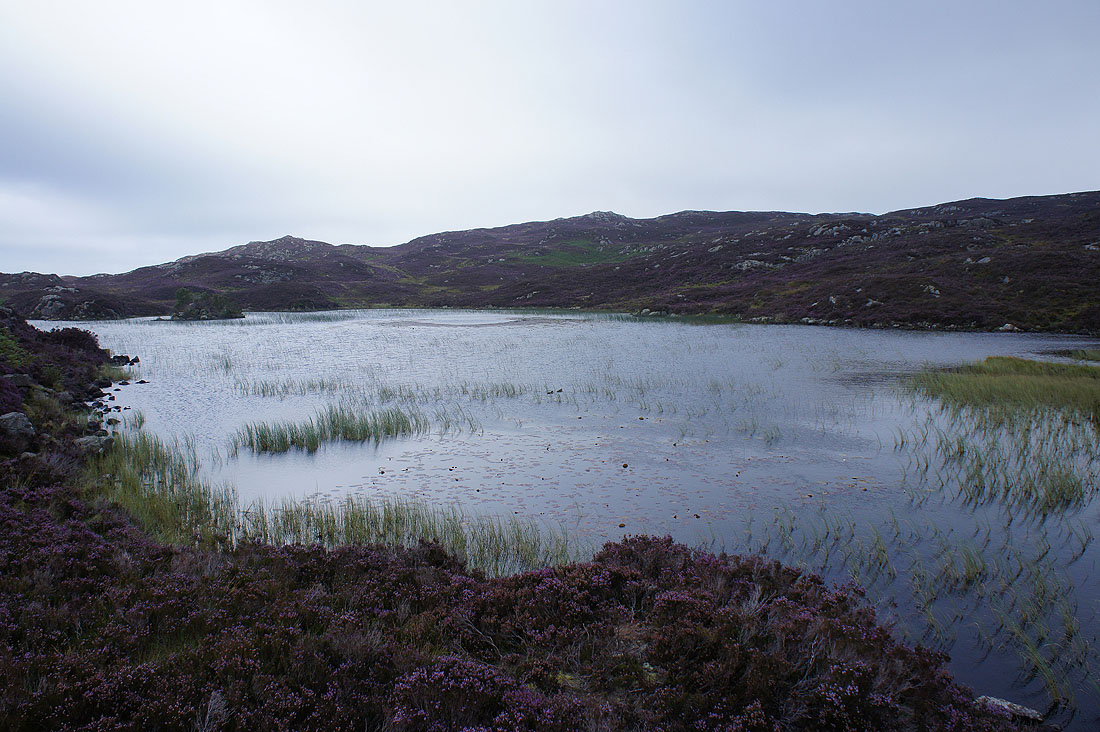 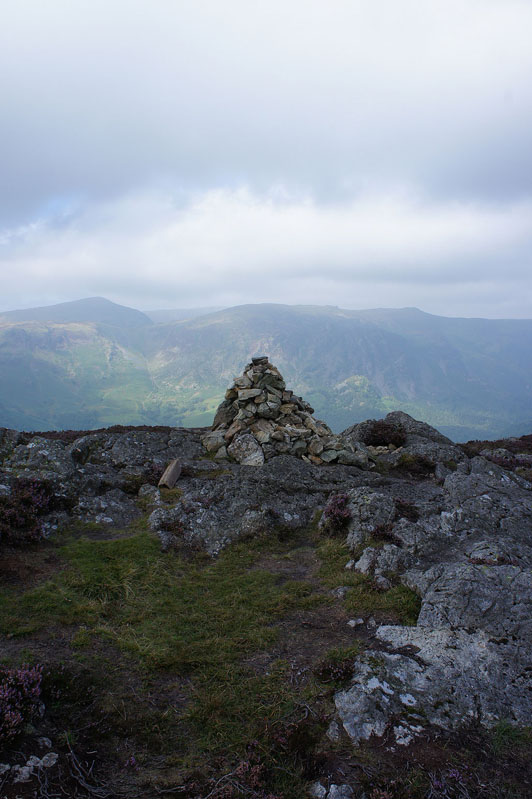 On the summit of Great Crag 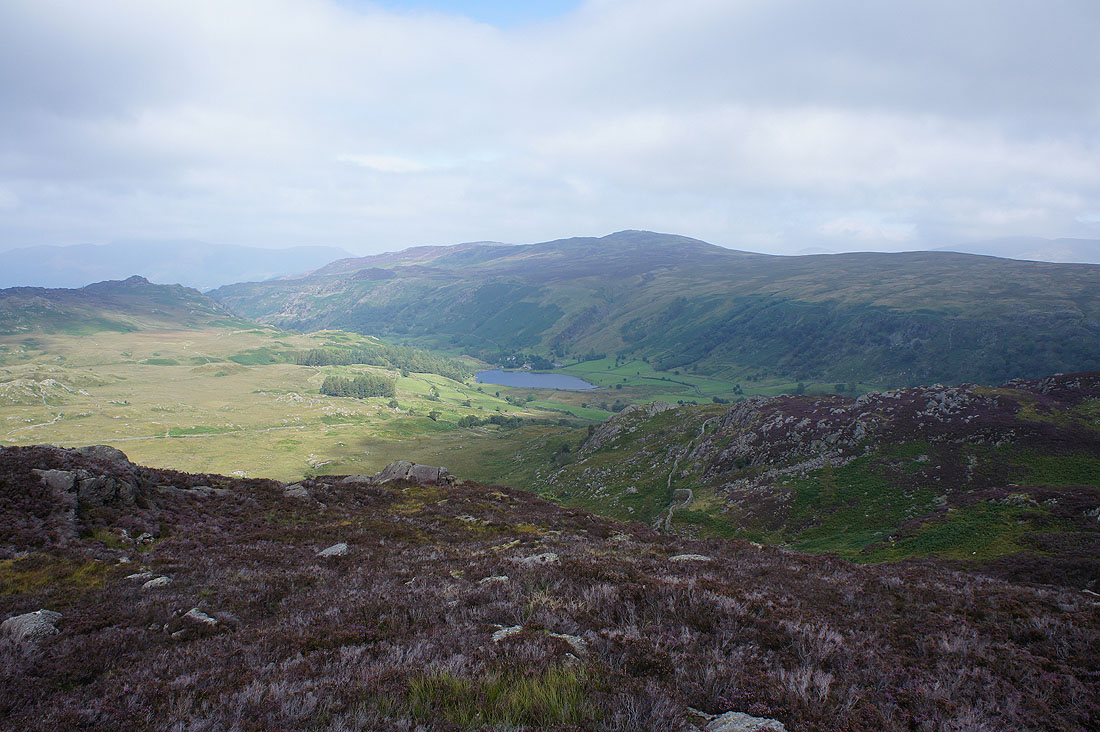 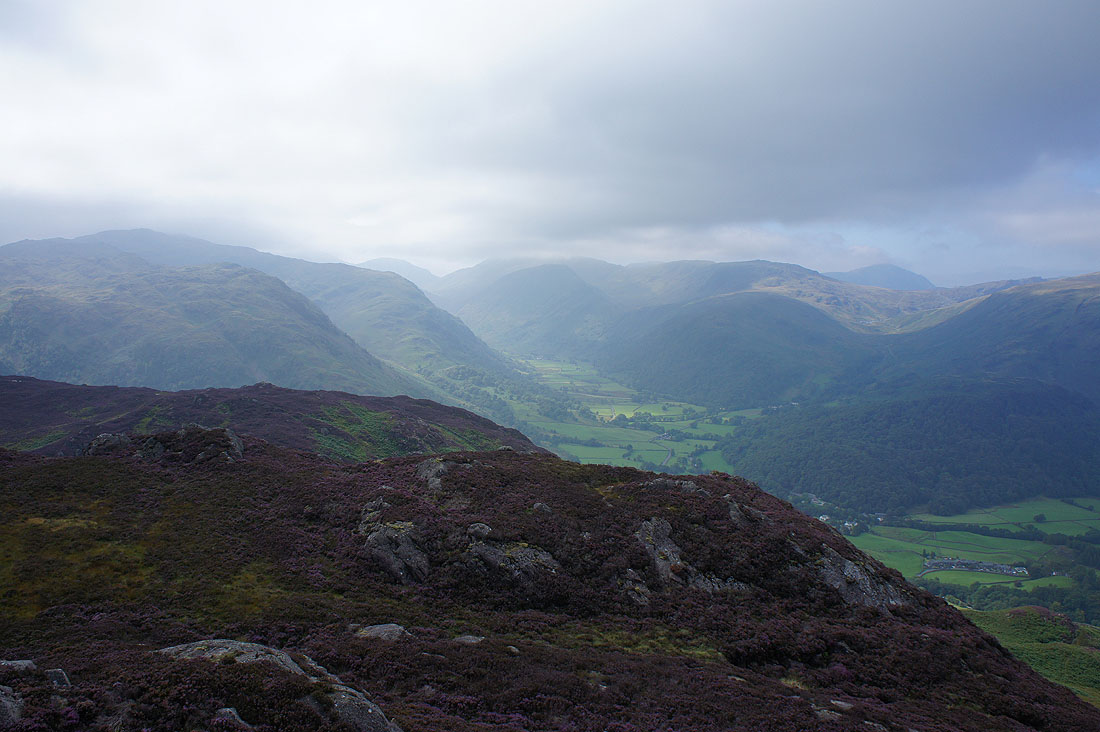 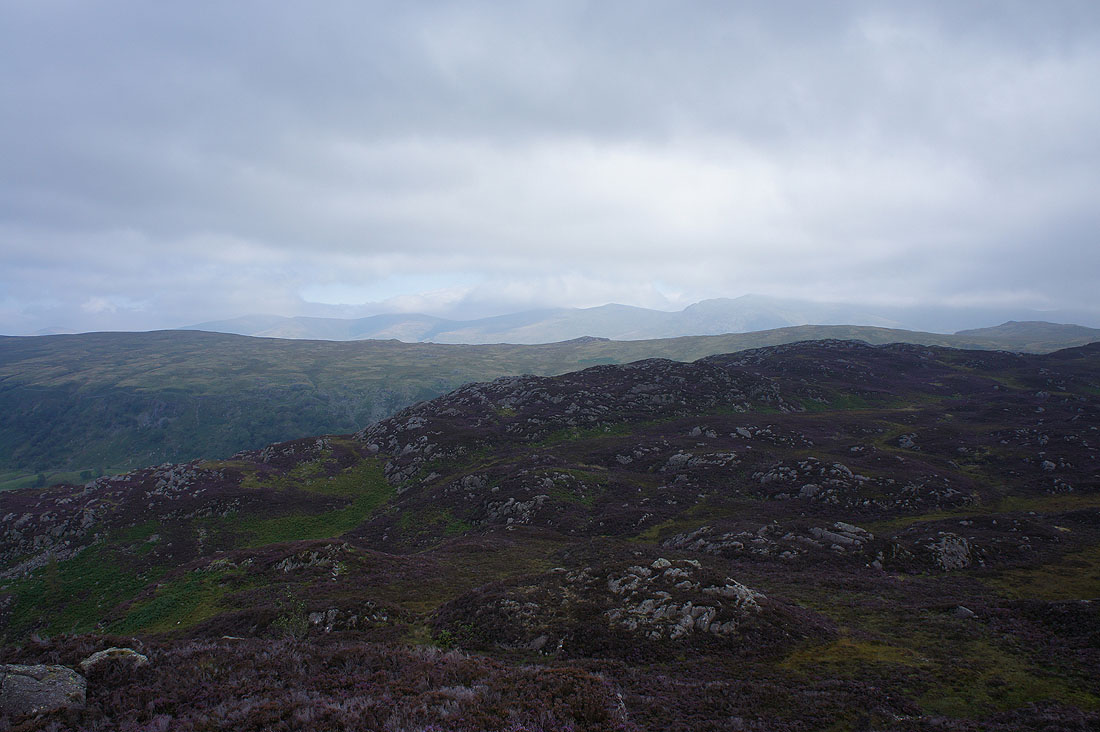 Brightness on the fells to the north of Helvellyn 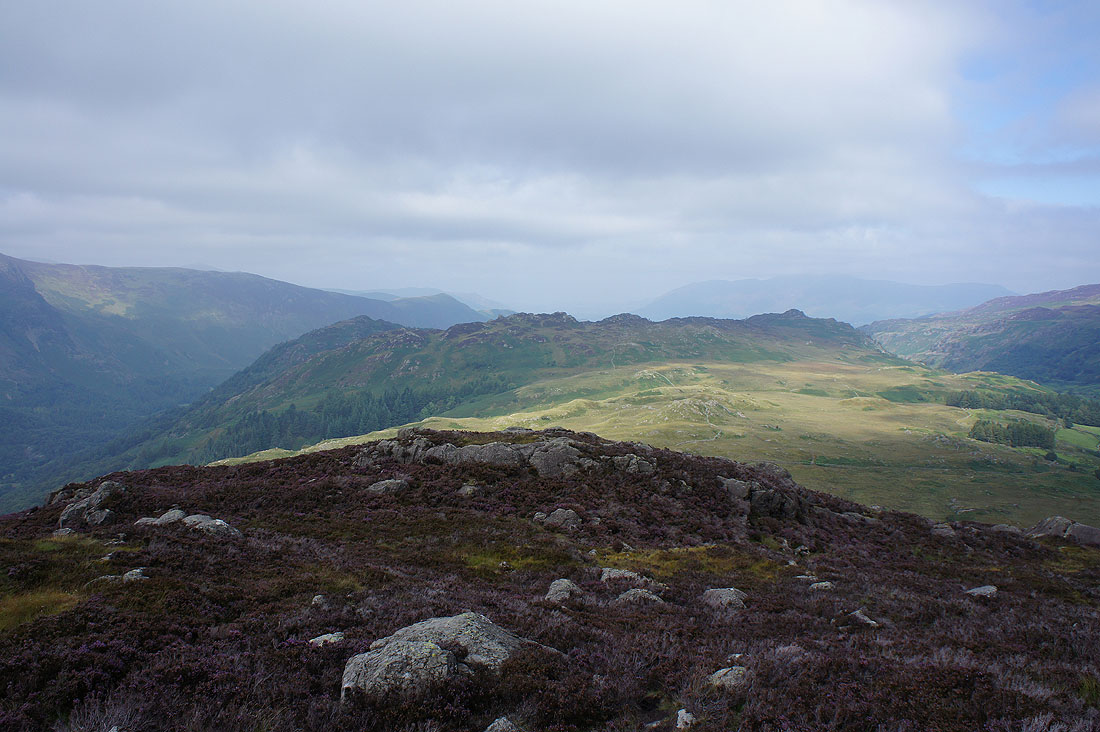 The undulating terrain of Grange Fell to the north, which is where I'll be going after paying Watendlath a visit 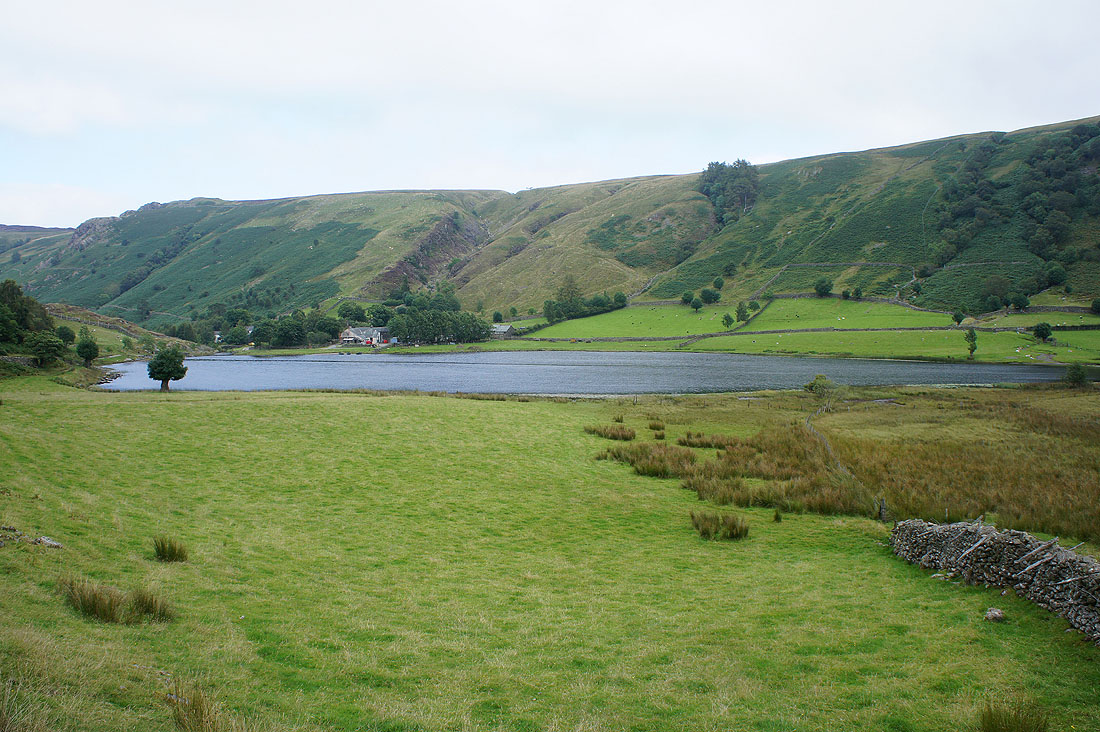 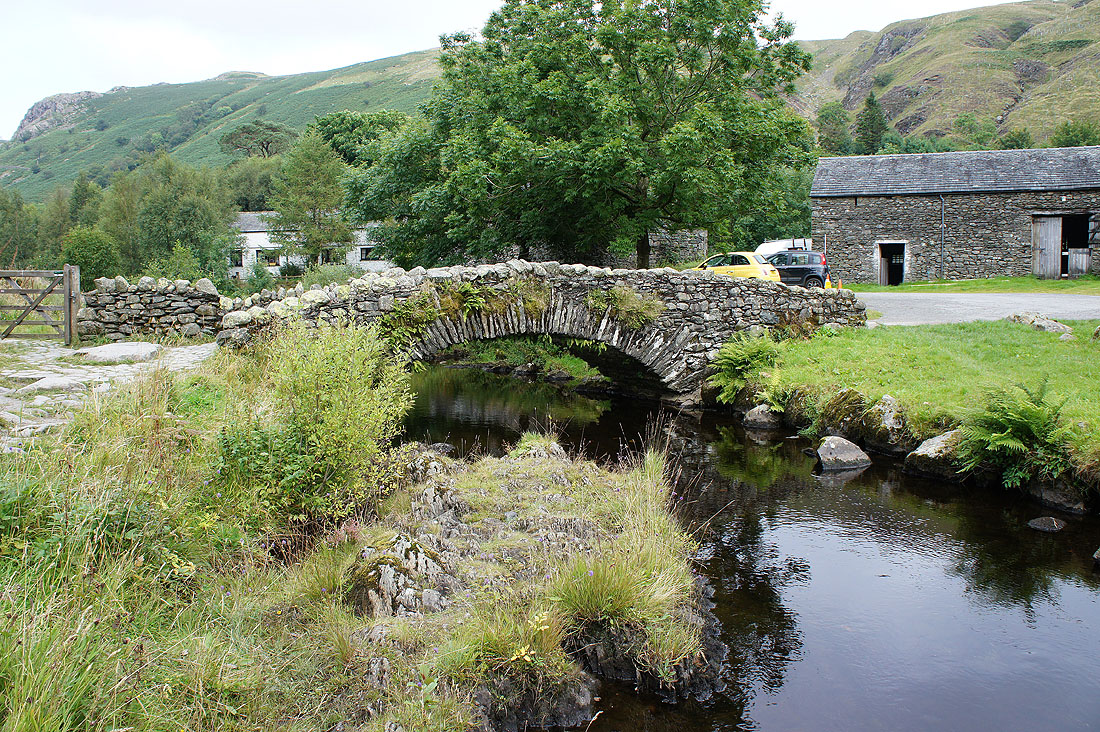 and across this lovely stone bridge into Watendlath 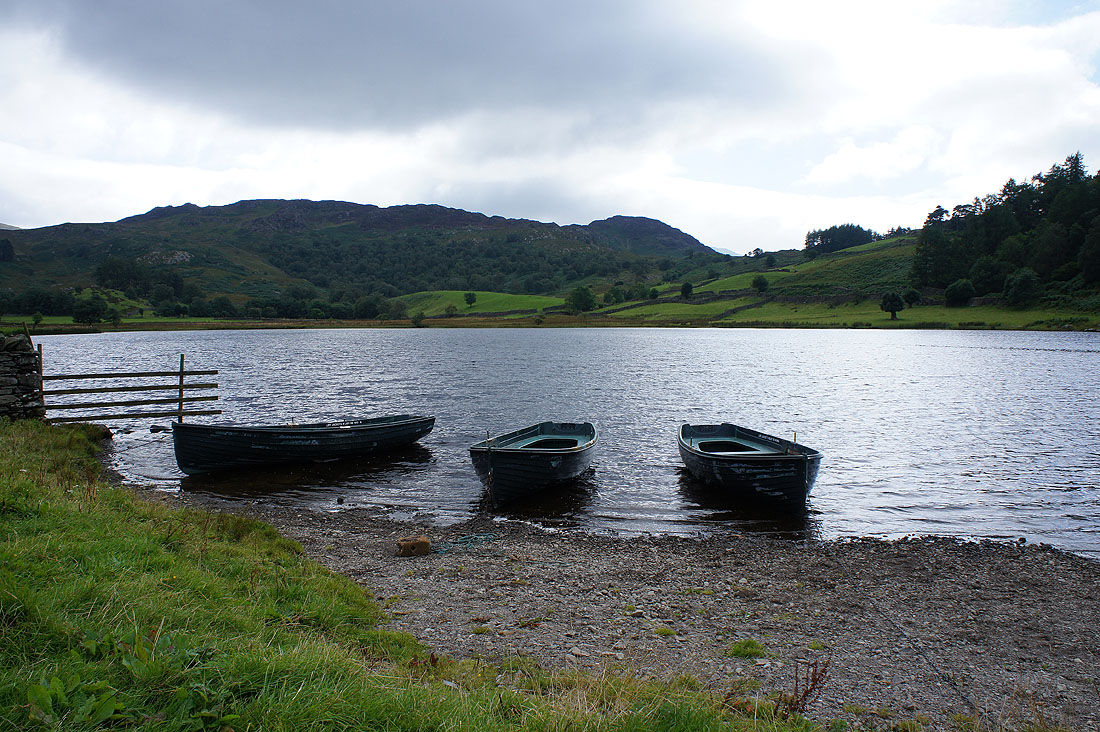 Back by Watendlath Tarn after a pot of tea and a slice of gingerbread cake in the cafe. Time to head for Grange Fell. 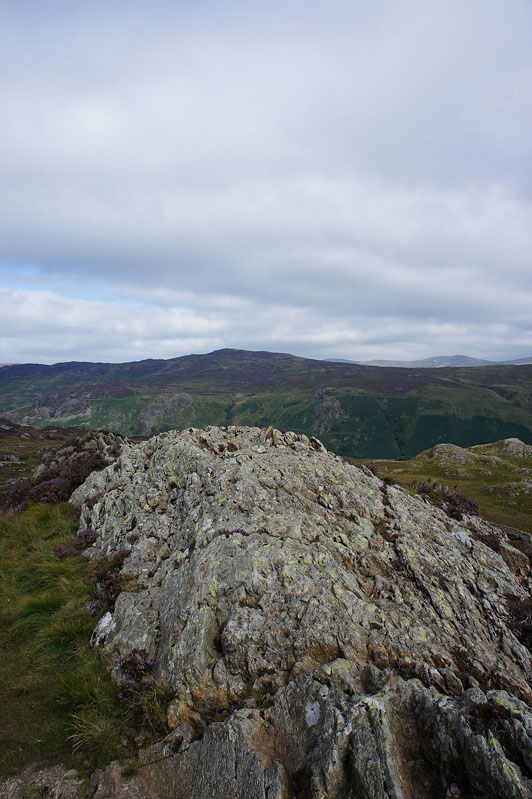 On the summit of Brund Fell, the Wainwright top of Grange Fell 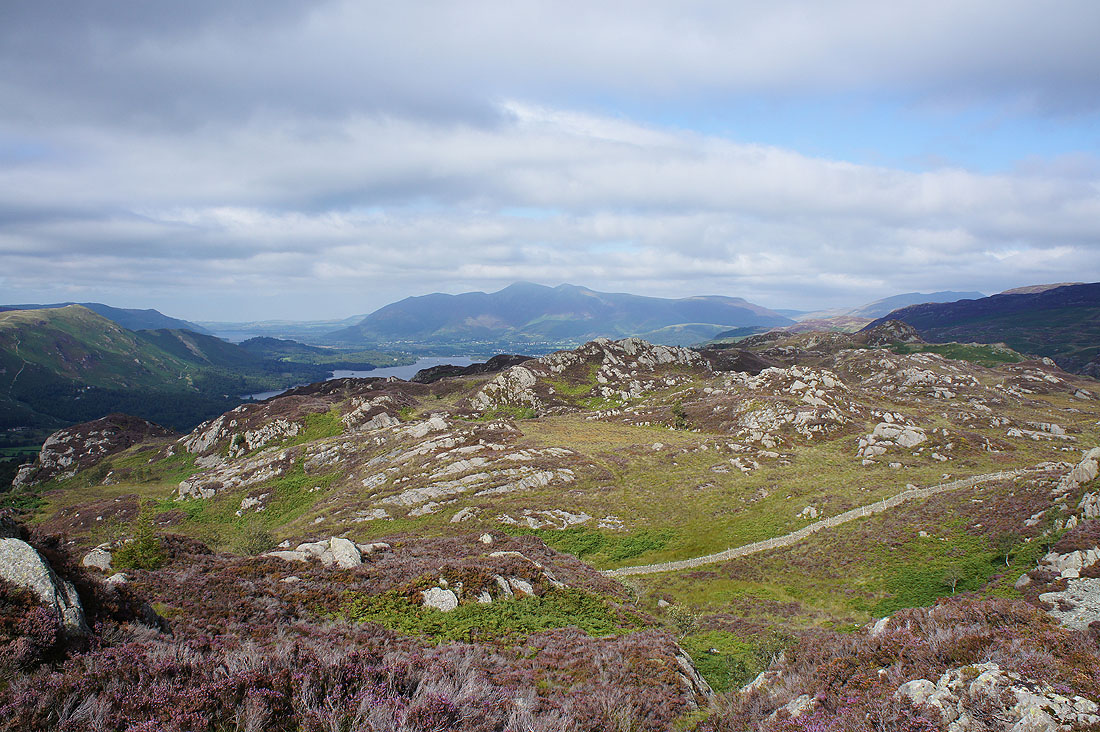 Skiddaw beyond the jumble of rock, heather and bracken that is Grange Fell 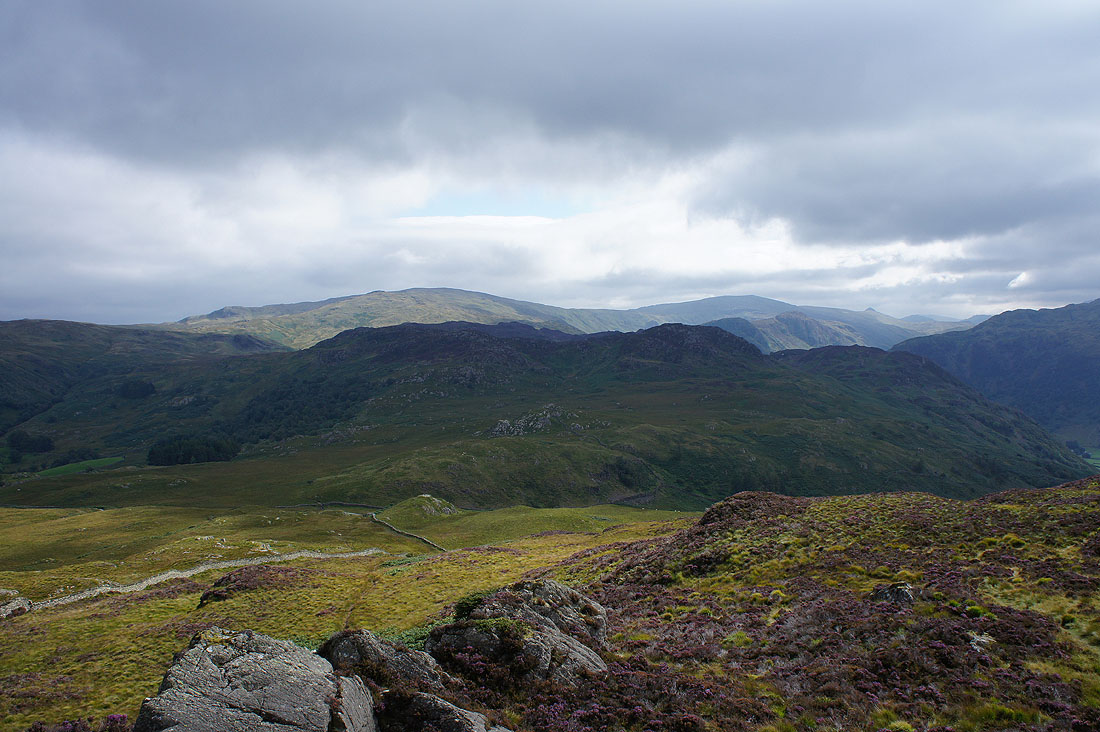 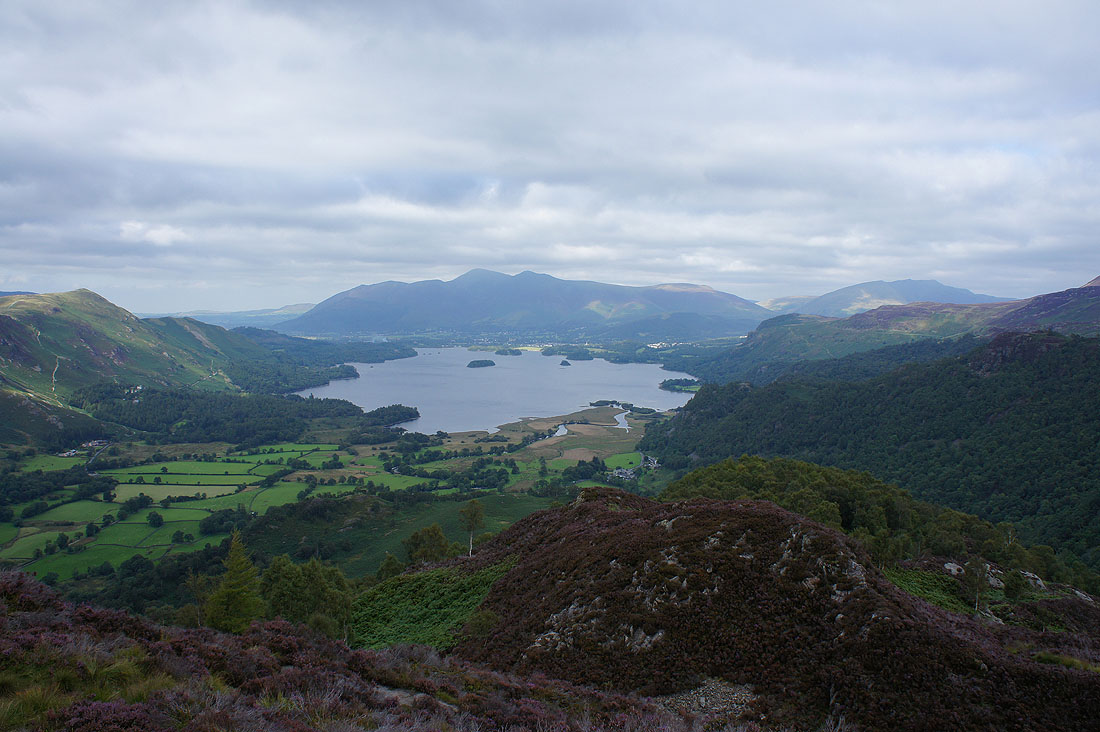 The great view of Skiddaw and Derwent Water from King's How 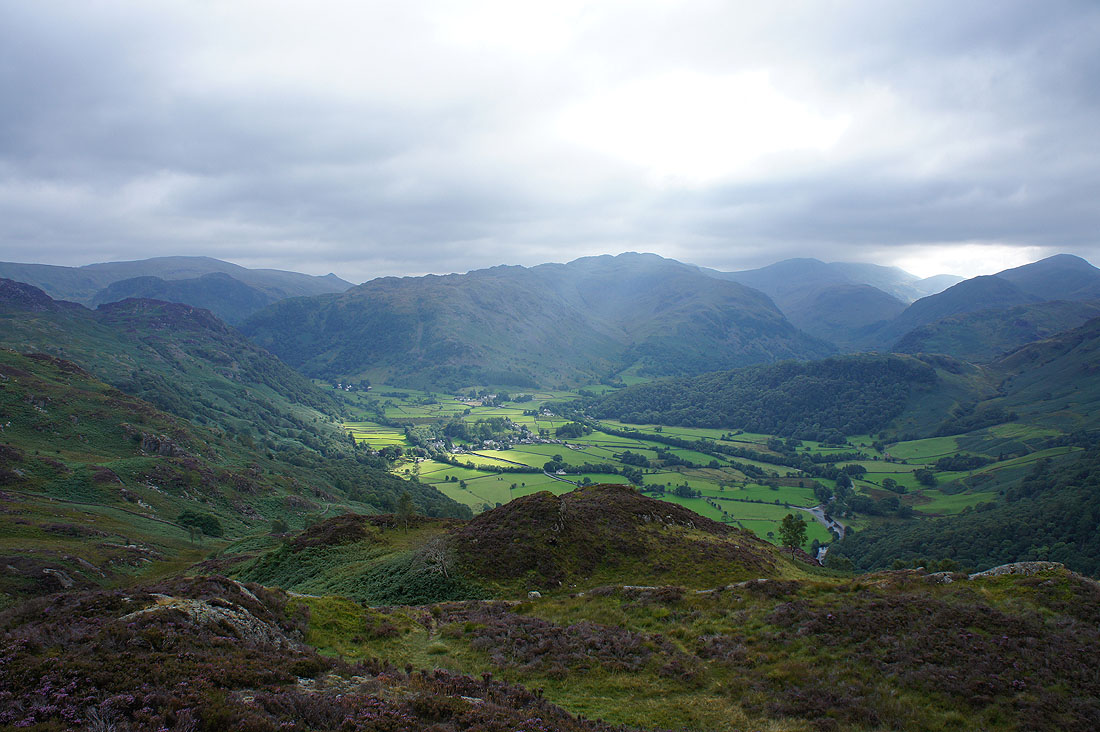 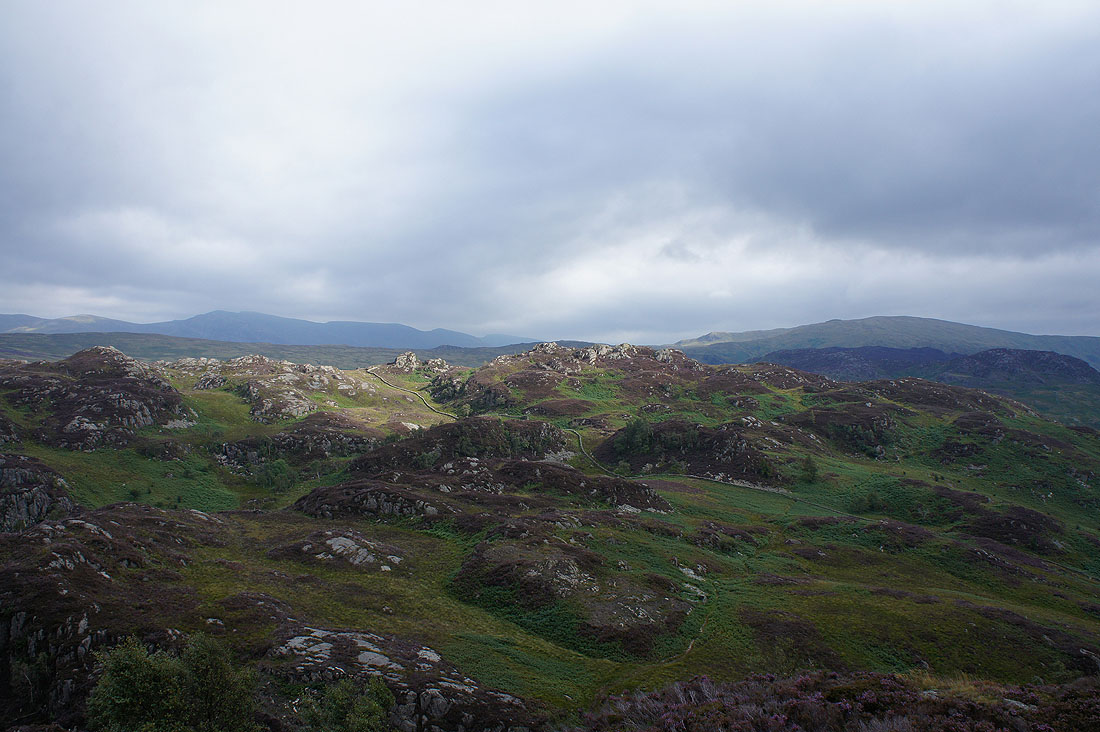 The summit of Brund Fell is briefly illuminated 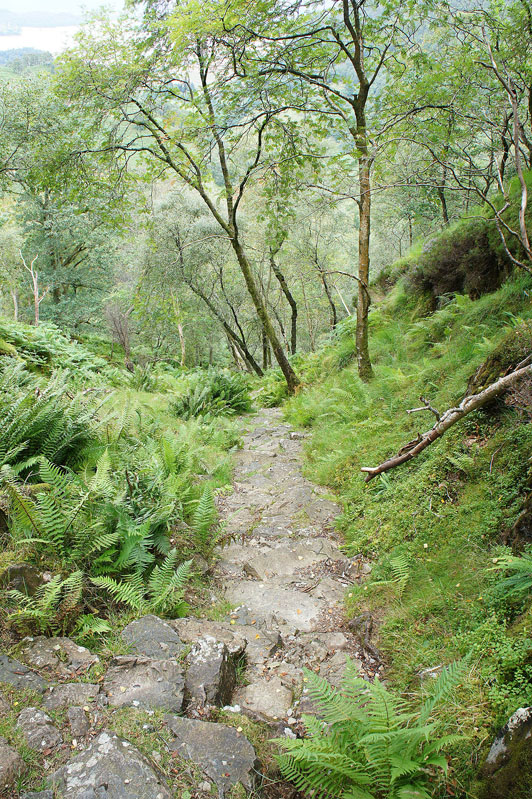 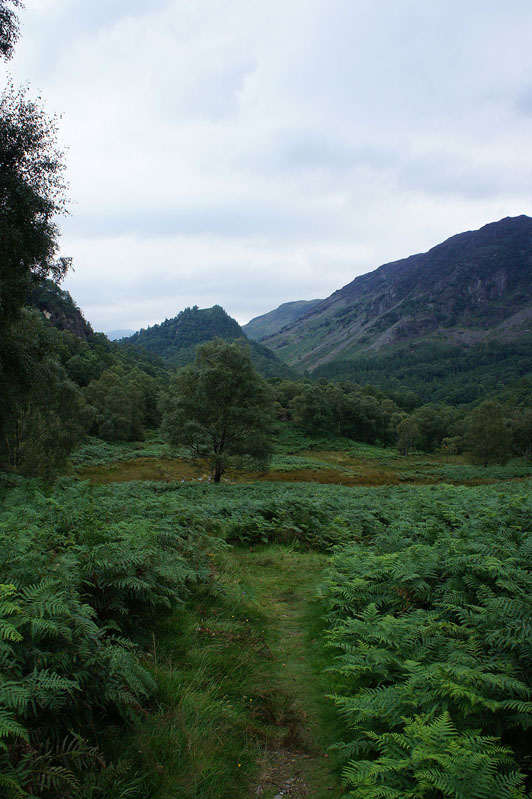 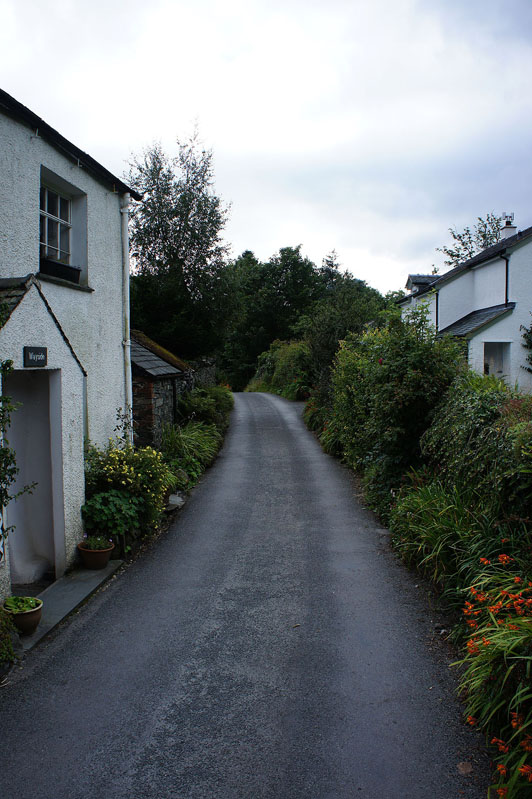 Walking through Grange after crossing the Borrowdale Road 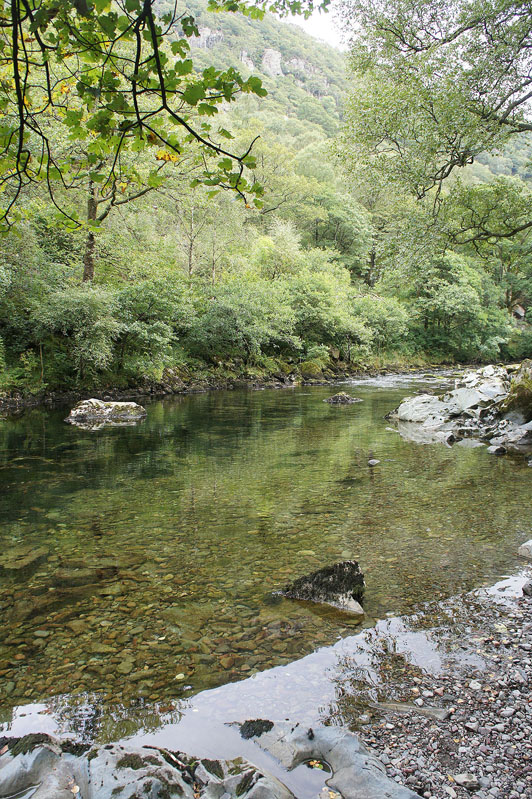 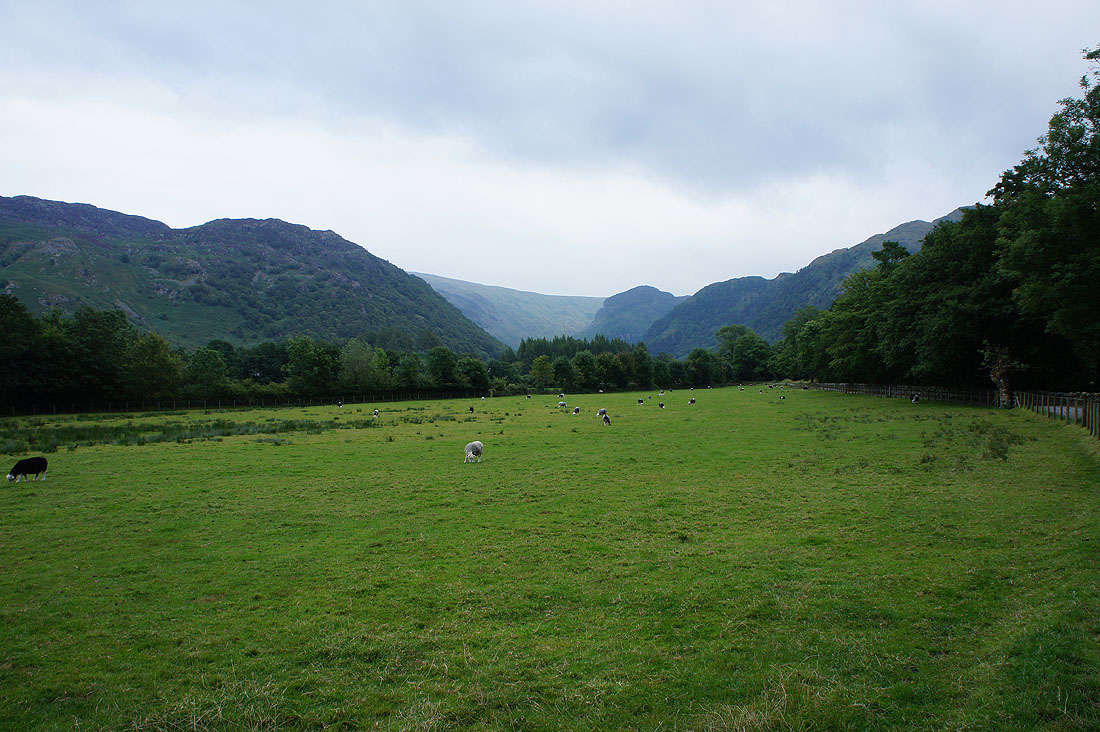 Heron Crag and Eagle Crag ahead. Not far to Rosthwaite now. 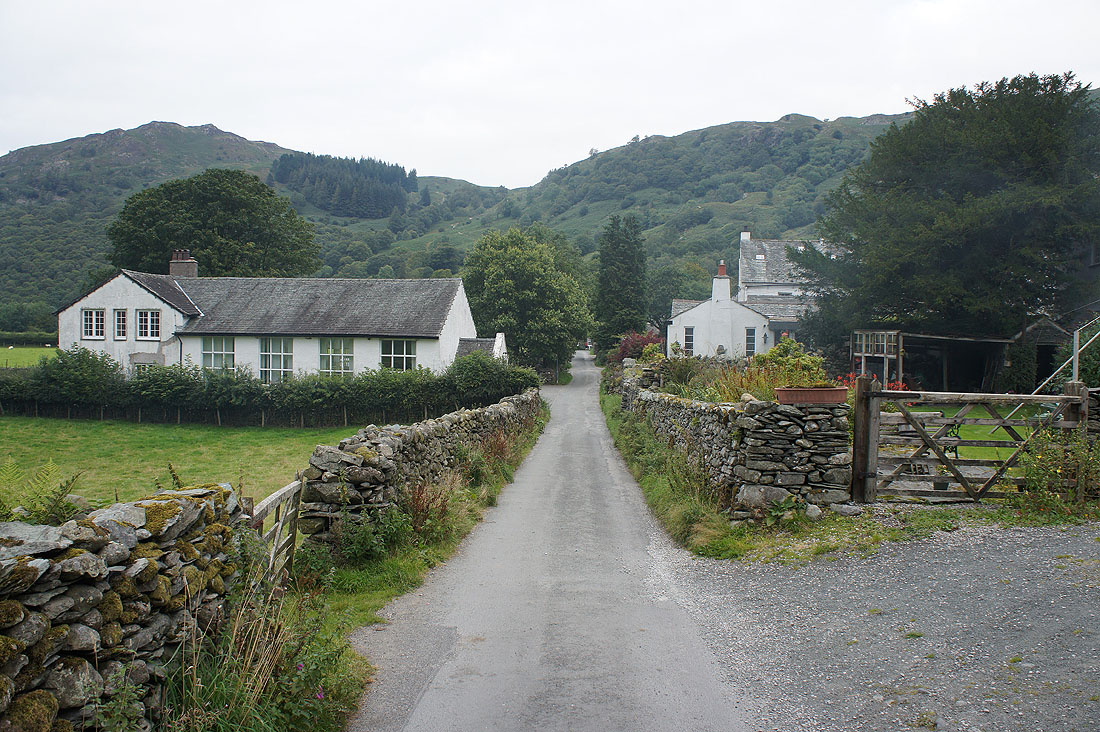